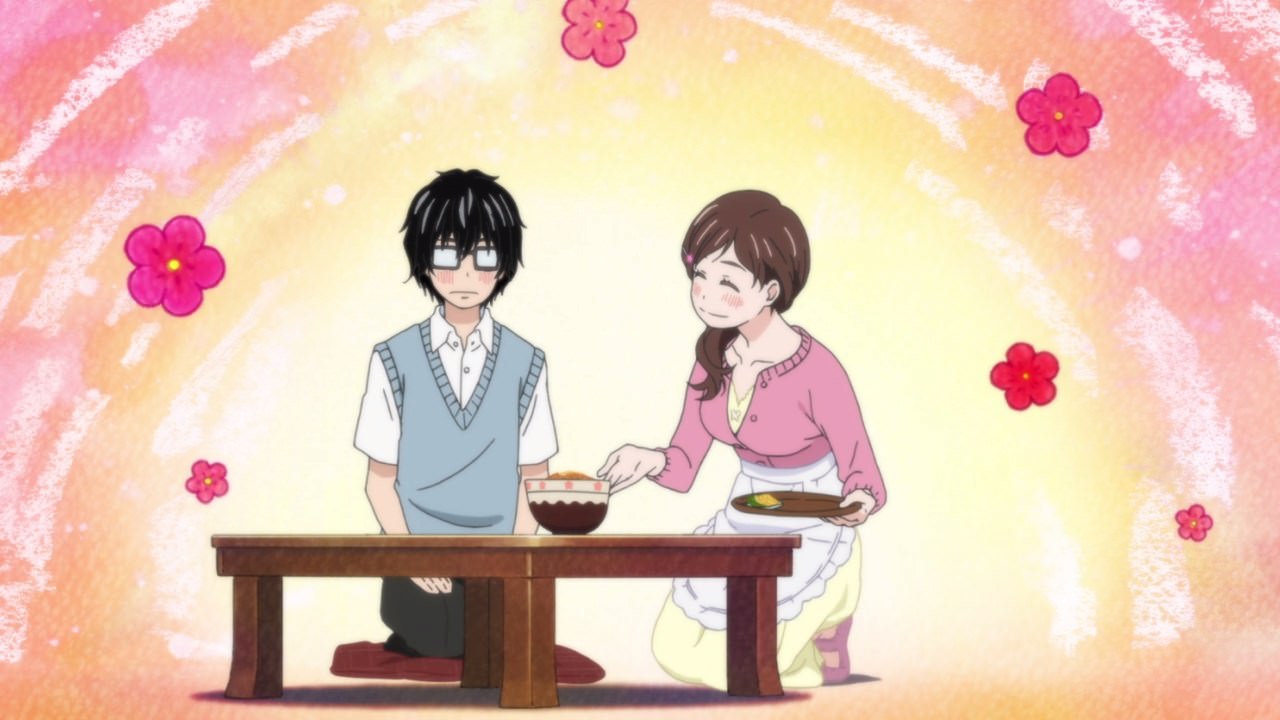 Hey everyone, it’s time for Rei Kiriyama to prepare for the Newcomers’ Tournament. Of course, he can’t fight on an empty stomach, so Akari Kawamoto made pork katsudon just for this occasion.

After all, eating katsudon will give you the strength to take the win. C’mon, “katsu” means win in Japanese! 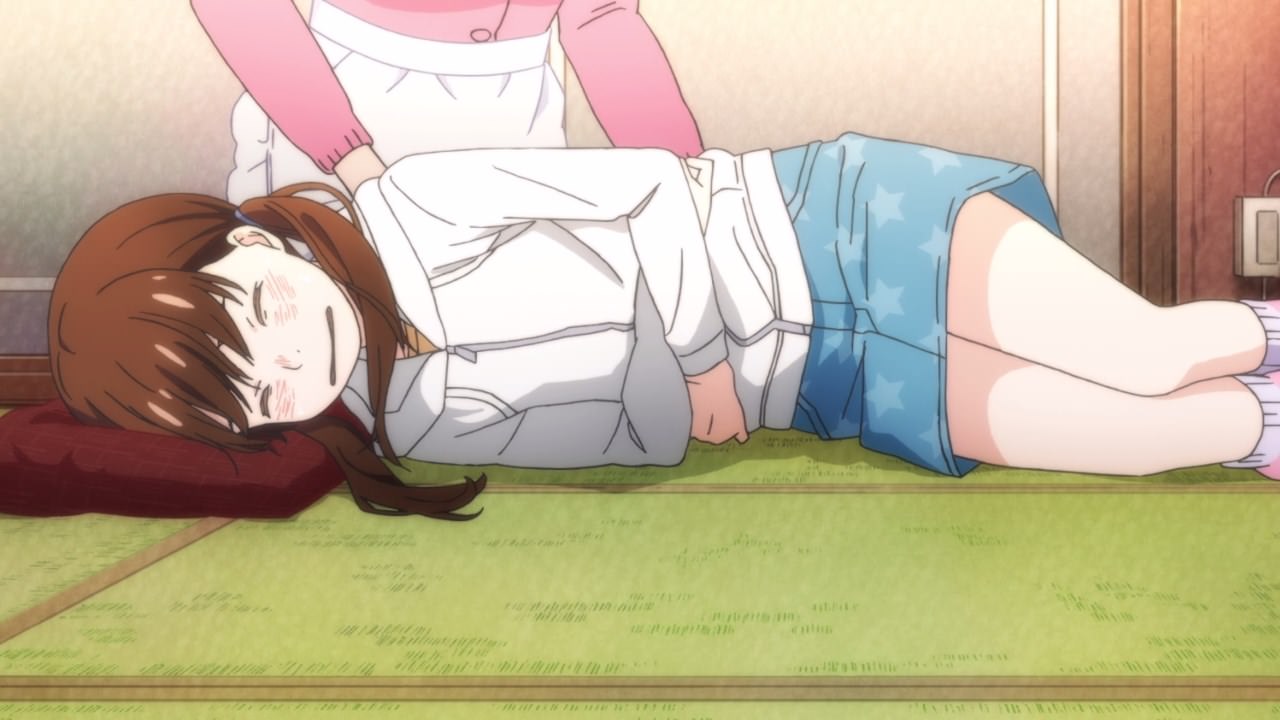 On the other hand, here’s Hinata Kawamoto as she’s having a stomachache. Yet, Hina-chan wants to go the school trip in Kyoto because missing the trip out would regret it for the rest of her life.

Of course, joining the school trip means that Hinata will be isolated by others, something that Rei-kun experienced during his middle school days. 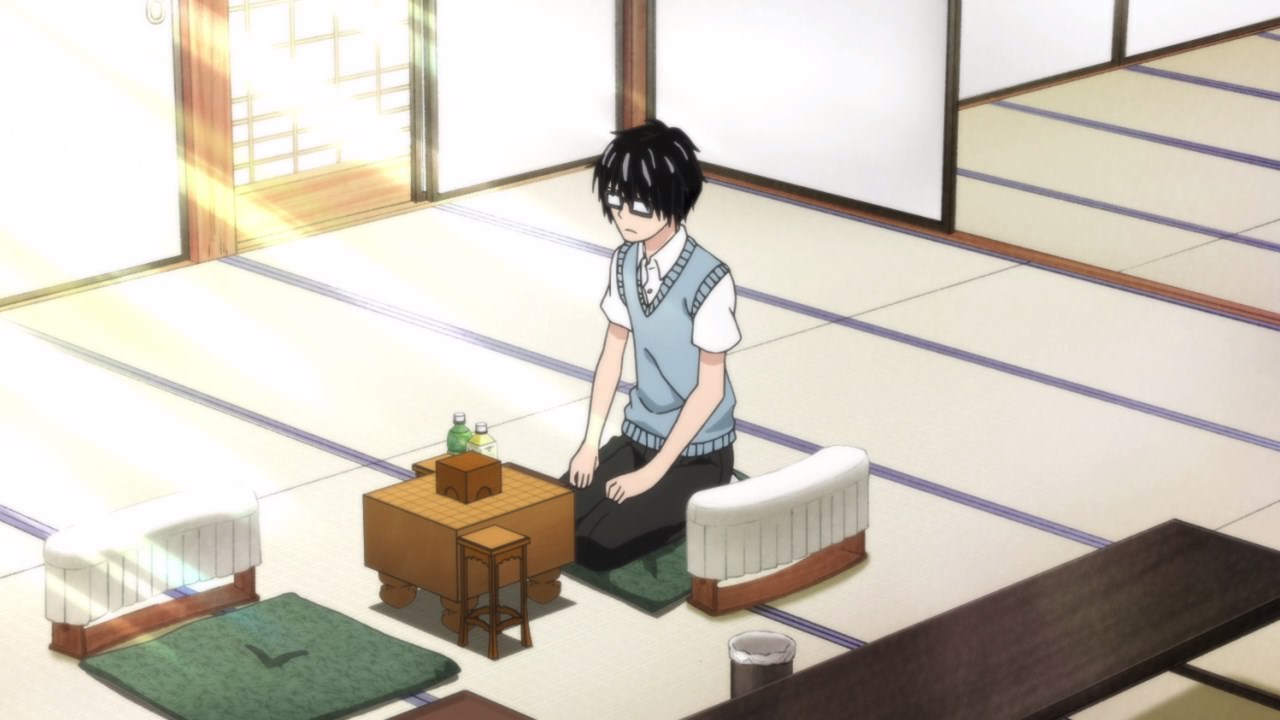 In any case, Rei Kiriyama went to Osaka for the championship match as he’ll face… 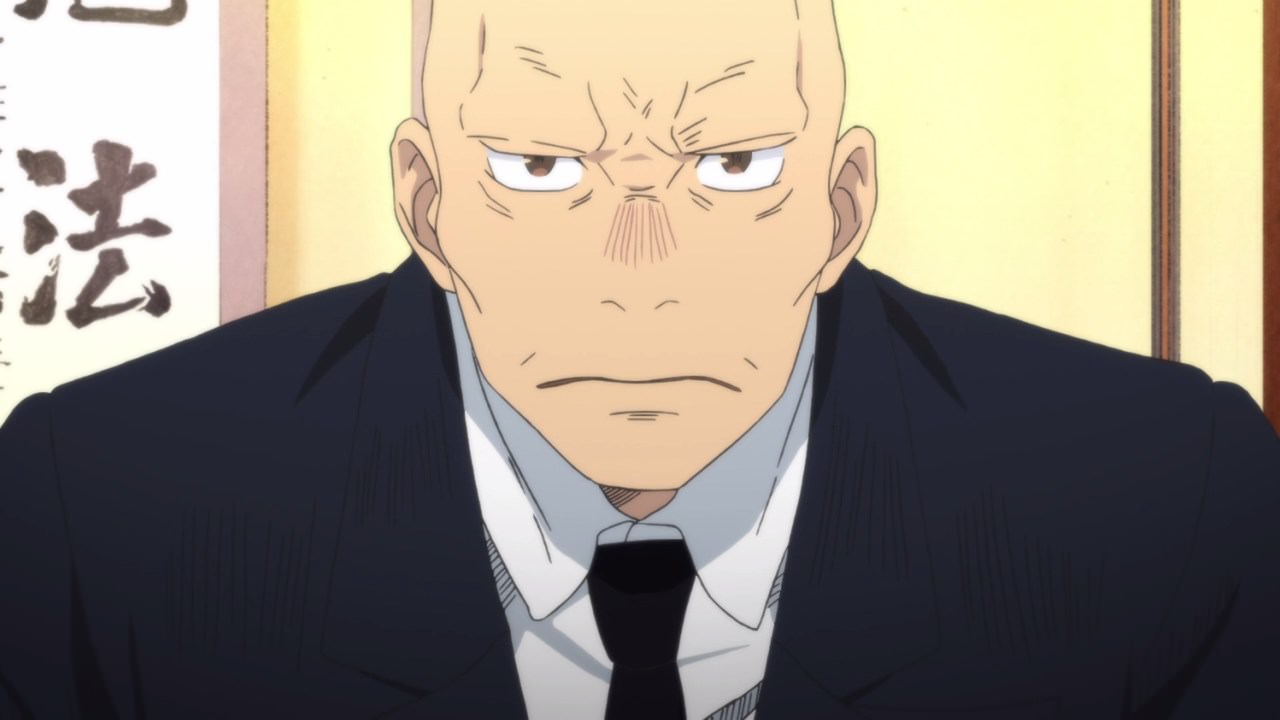 …the eternal newcomer king named Junkei Yamazaki. Don’t let his appearance fool you as Yamazaki defended his title throughout his career that he became bald.

On the other hand though, Junkei’s playstyle is somewhat a mixed bag as he has the opportunity to make decisive moves, yet he mostly repeats the same move in order to force a stalemate, or have his opponent make a mistake and take advantage of it. Of course, Yamazaki couldn’t capitalize on the latter most of the time.

But anyways, this is gonna be a drawn-out battle to see who’ll win the Newcomers’ Tournament. 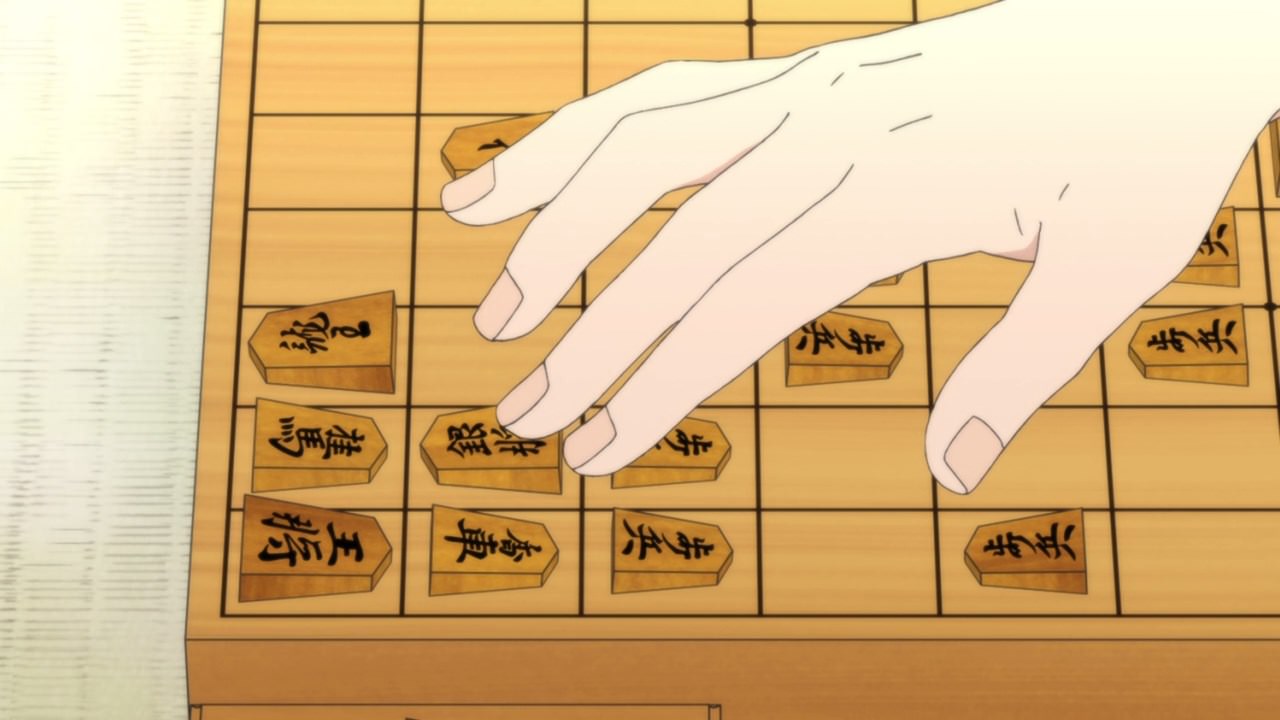 And after a long night of exhausting exchanges of captures, drops, and perpetual checks, we finally have a winner. 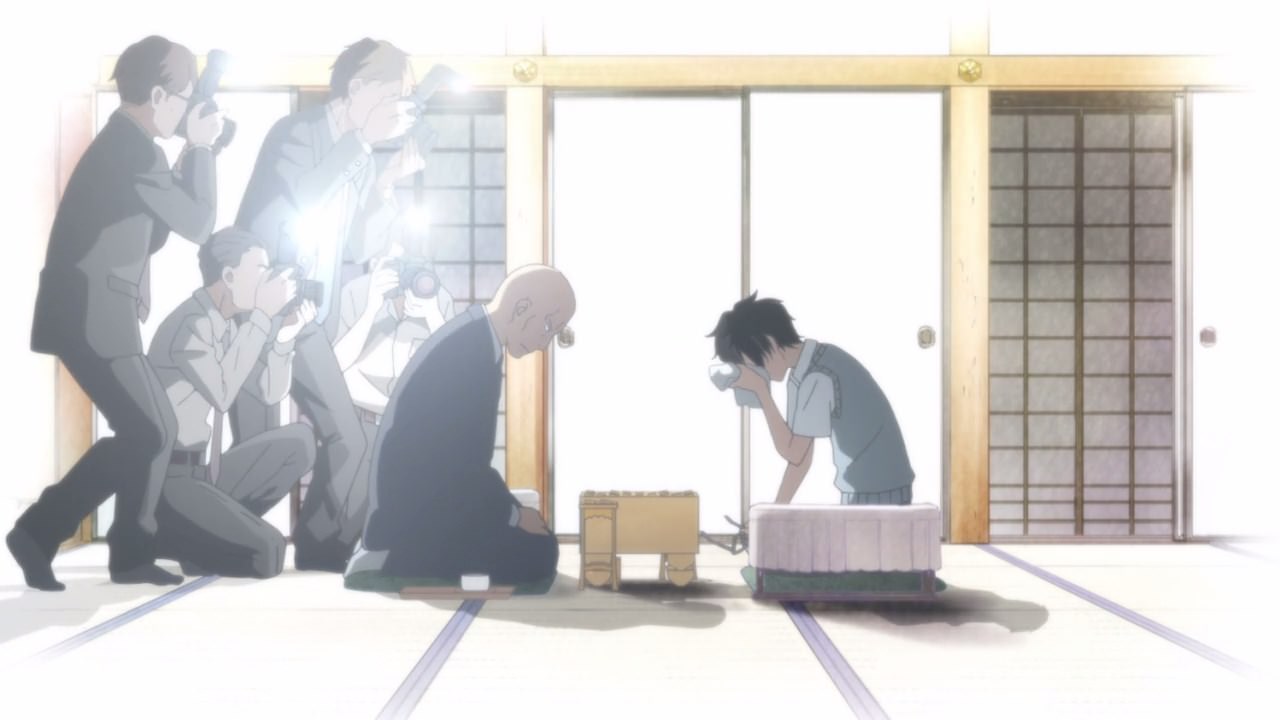 And as the camera crew are constantly taking pictures of this moment, a new champion emerges as Rei Kiriyama takes it over Junkei Yamazaki.

It was a big achievement for Rei as he finally got out of a slump by winning the Newcomers’ Tournament. But now that he won the tournament, Kiriyama has some unfinished business to take care of. 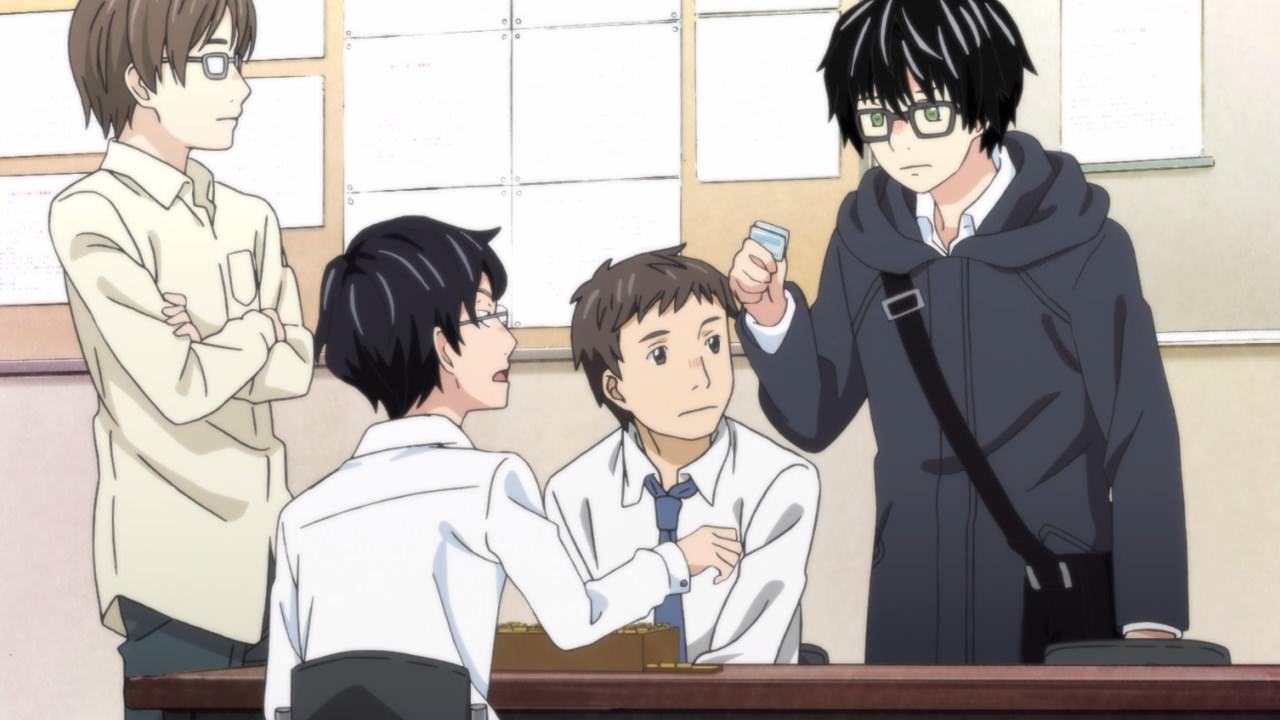 So, Rei-kun got some stomach medicine from one of the players and head to Kyoto where Hina-chan is there.

Of course, Kiriyama is worried that she’s spending her free time alone somewhere… 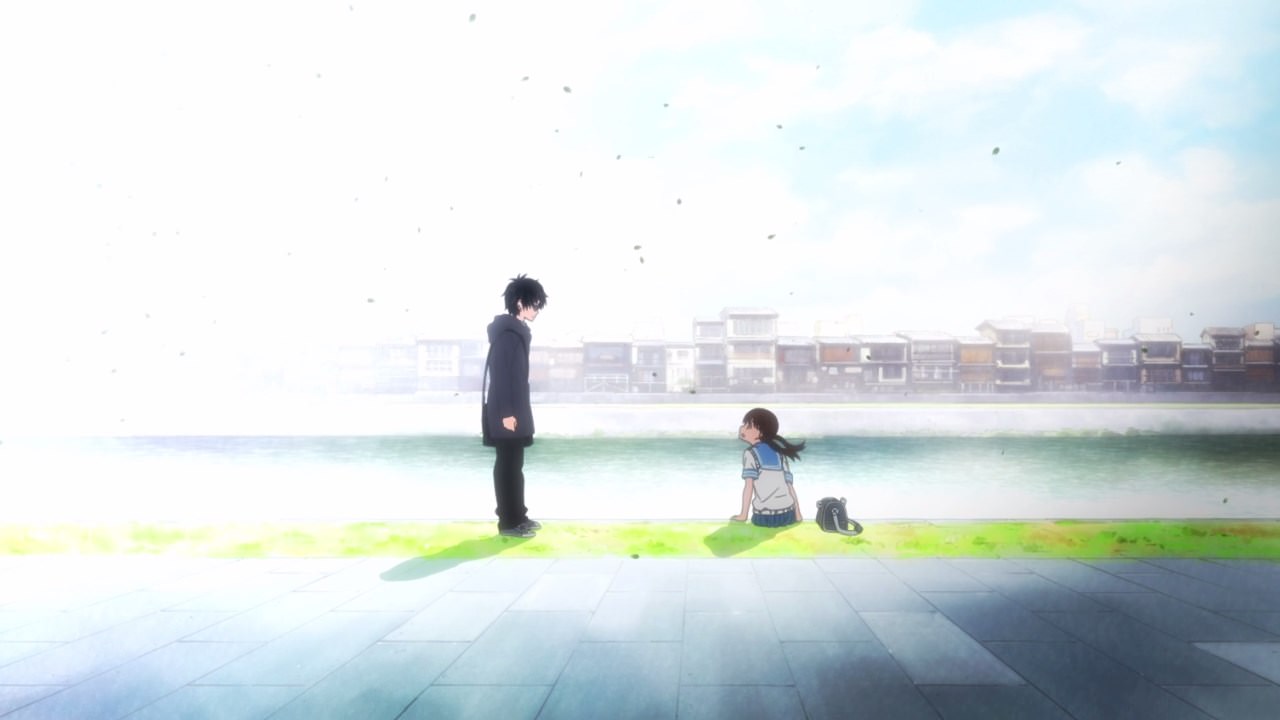 Eventually, Rei-kun found Hinata sitting at the river bank by herself.

Well, I have to say that seeing Hina-chan by herself is very depressing. Fortunately, Kiriyama is here to give her some company. 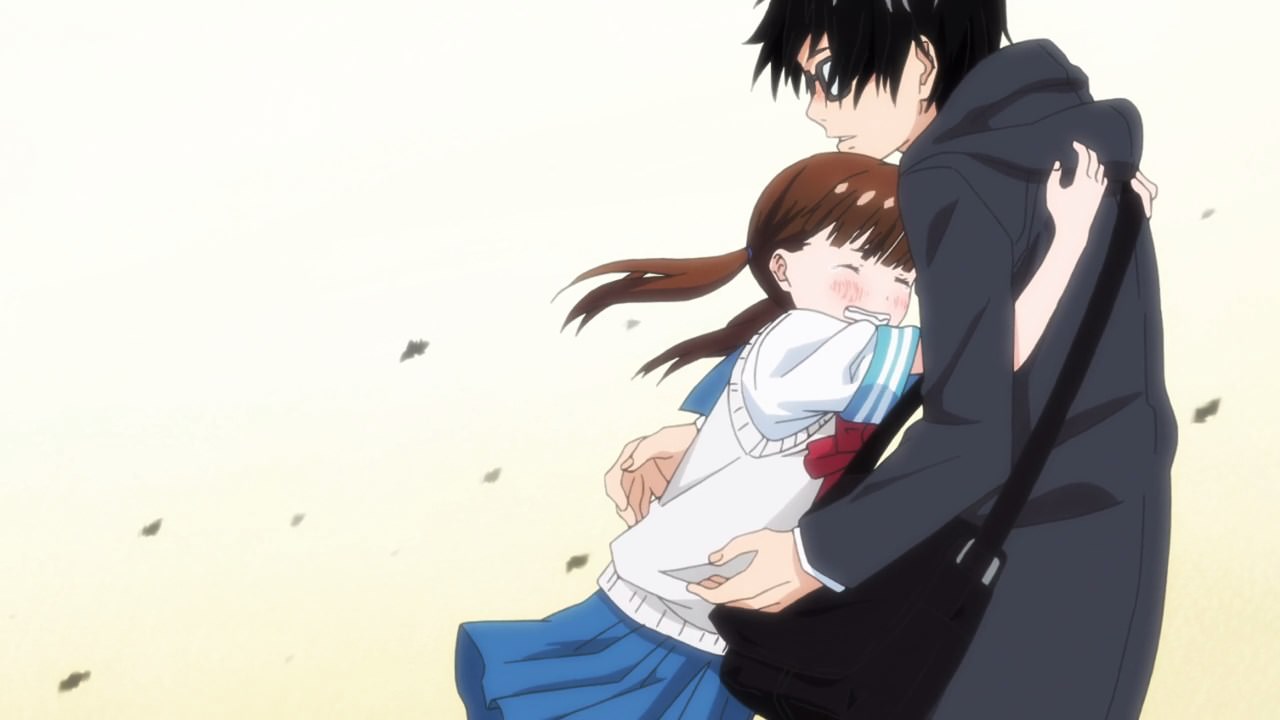 With that said, it was an emotional episode where Rei-kun won the Newcomers’ Tournament and got to see Hina-chan in triumph.

So while Hinata got a piece of mind thanks to Rei-kun, the bullying is still not over as there’s no resolution set in stone. Anyways, I’ll see you next time!