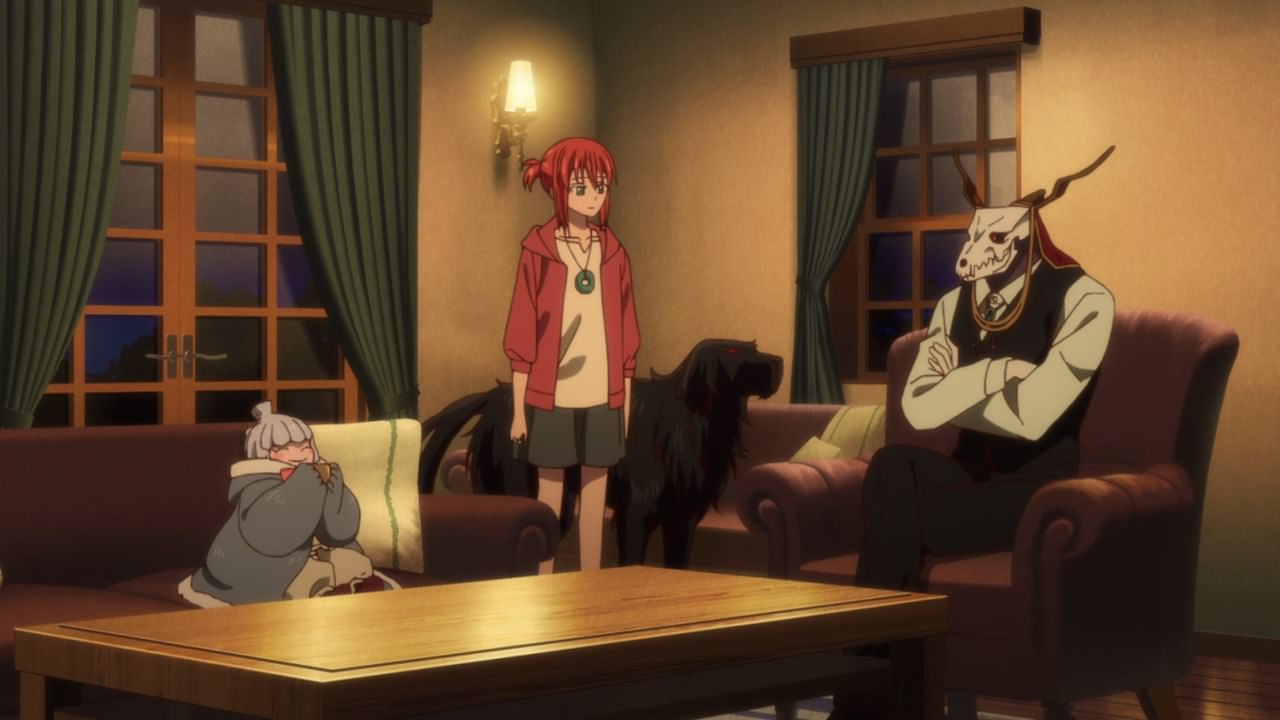 Well, seems that Elias Ainsworth is okay letting Chise Hatori go to Lindel’s place by herself in order to get her own wand.

Of course, Chise can’t go to the land of the dragons by herself unless Ruth comes along, just for safety reasons. 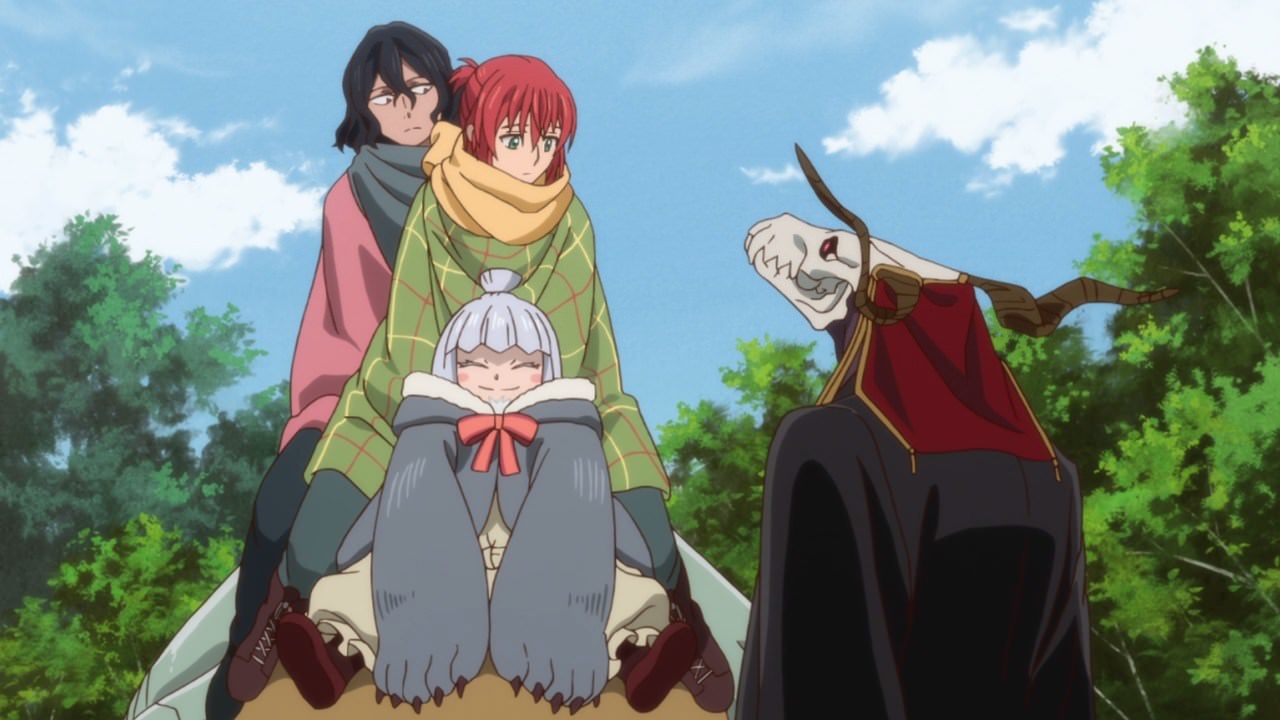 In any case, Chise and Ruth are going to the land of the dragons with the selkie acting as their guide.

By the way, if you’re thinking that having a dragon flying above your town would scare the neighbors, the selkie has it covered… 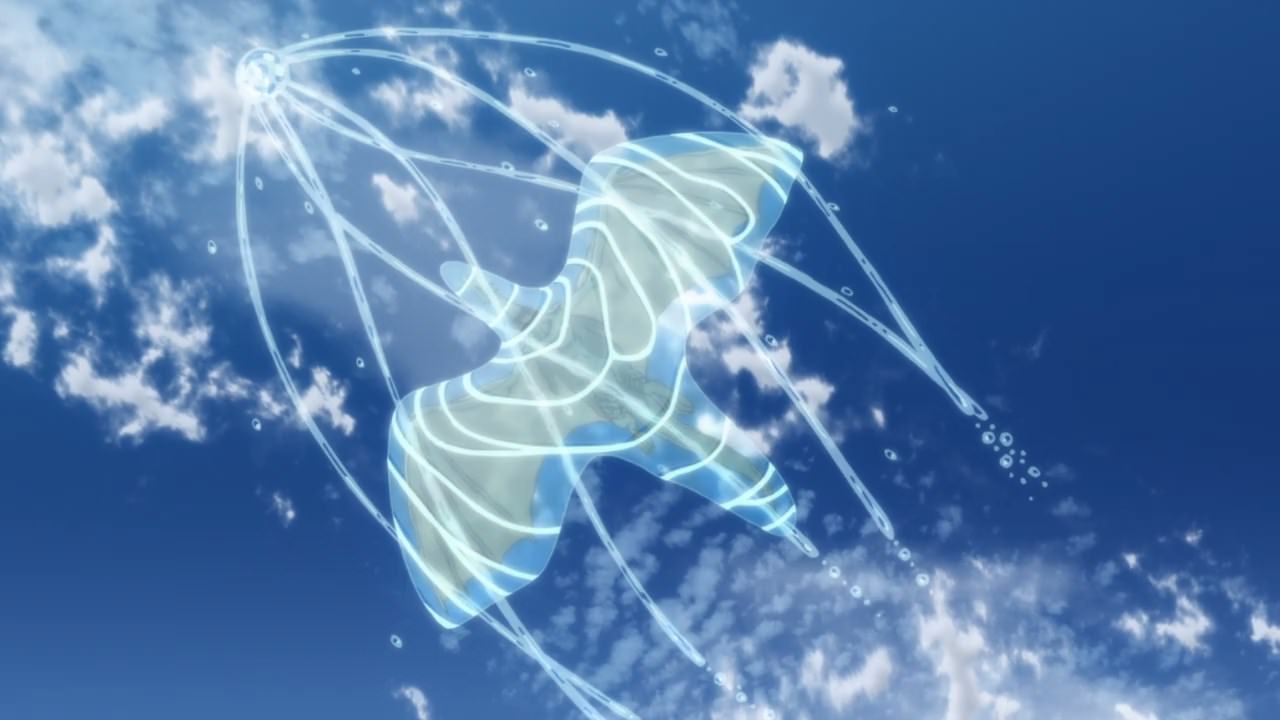 All that she needs to do is to cover the dragon with her water magic, making it invisible to ordinary people.

Well, I have to say that the selkie is very useful when it comes to hiding her presence from humans, although her strength lies in the sea. 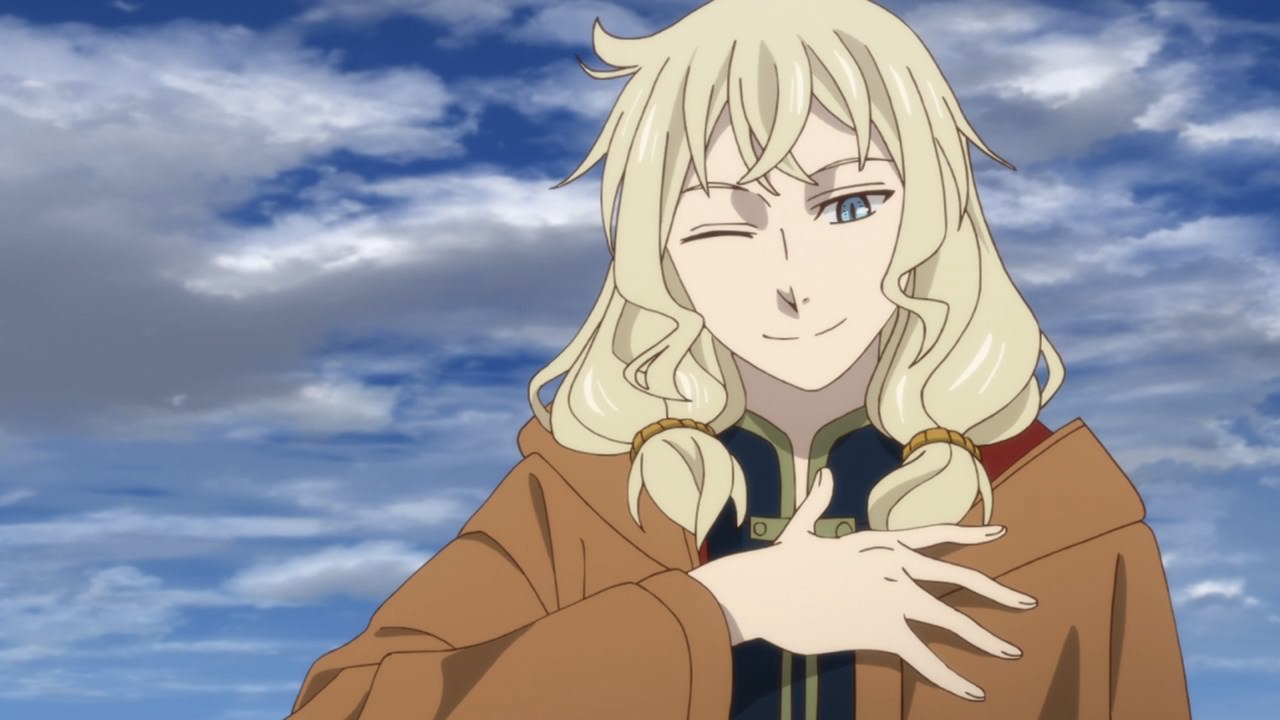 Anyways, here’s Lindel as he guides Chise Hatori on getting the best wand from one of the trees… 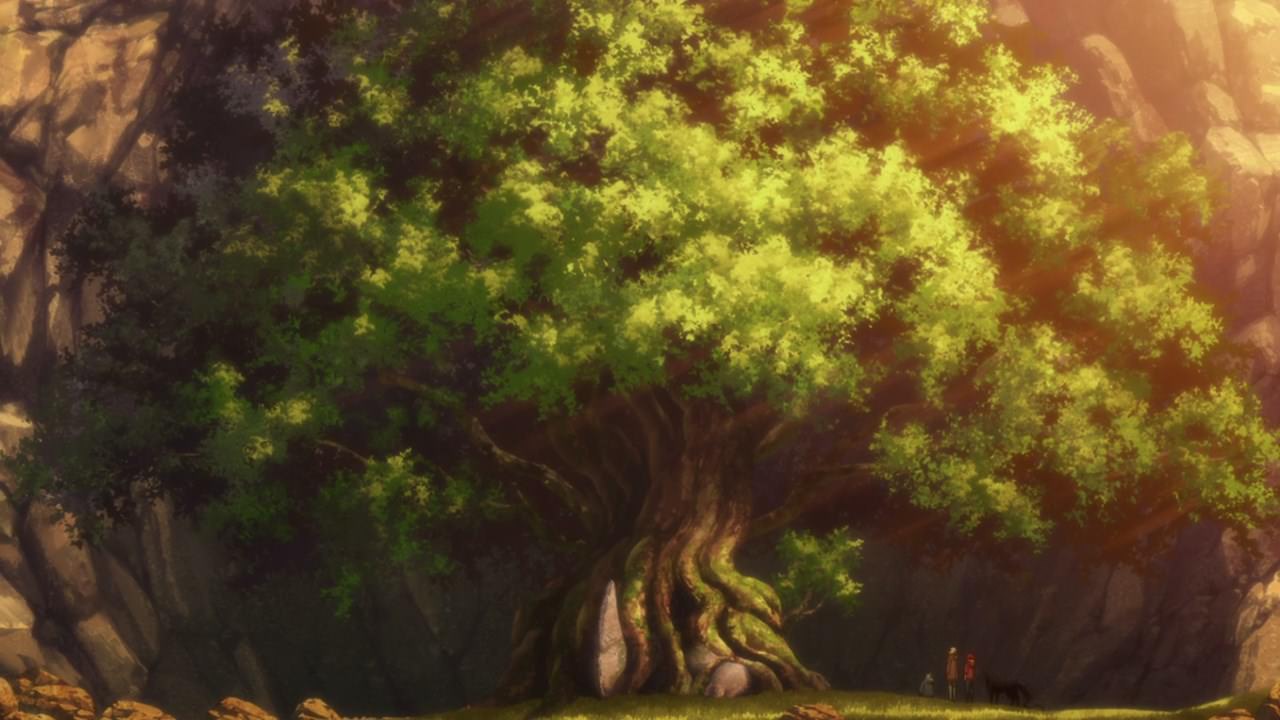 …specifically this one where it was once Nevin’s body. Yeah, I remember it back in Episode 3 when Nevin passed away and became a giant tree. 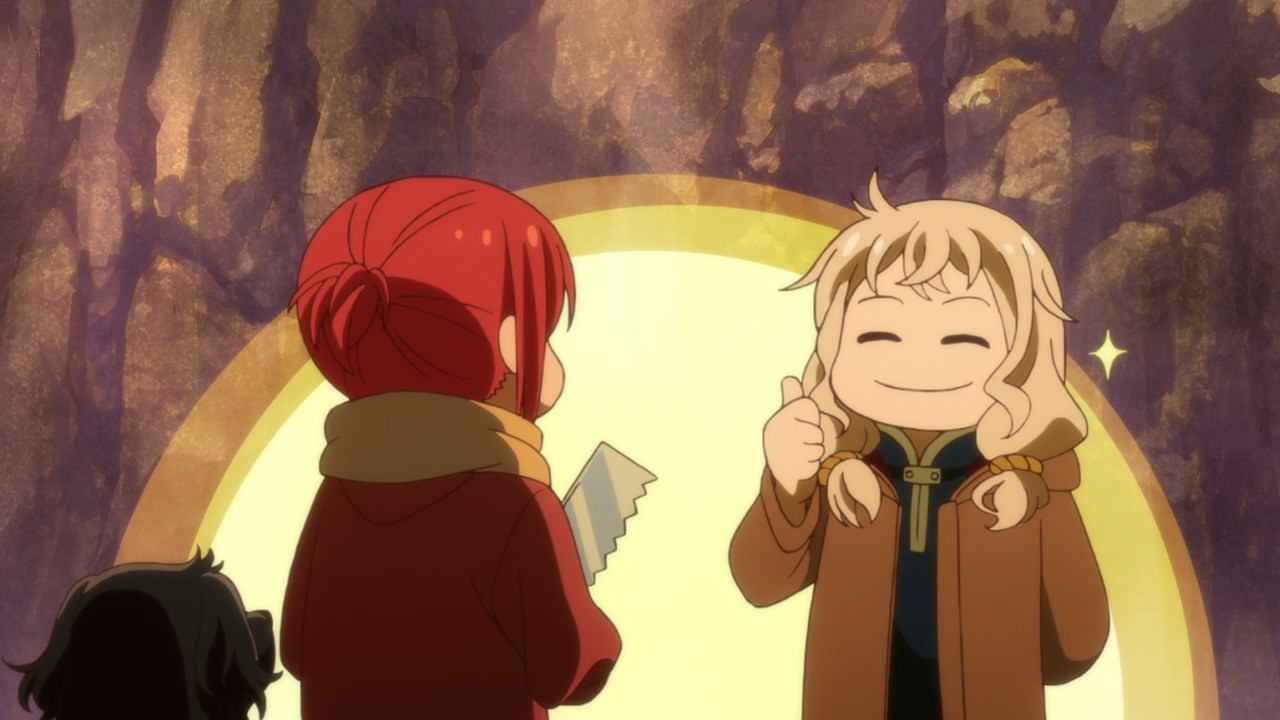 Of course, Lindel told Chise that she must cut one of the branches in order to get her own magic wand. Um Lindel, you’re such an asshole for letting a girl, let alone a Sleigh Beggy, do the dangerous task of getting her own wand.

C’mon, who’s gonna save Chise Hatori from falling off the tree? Oh wait, Chise has Ruth to rescue her from certain death. 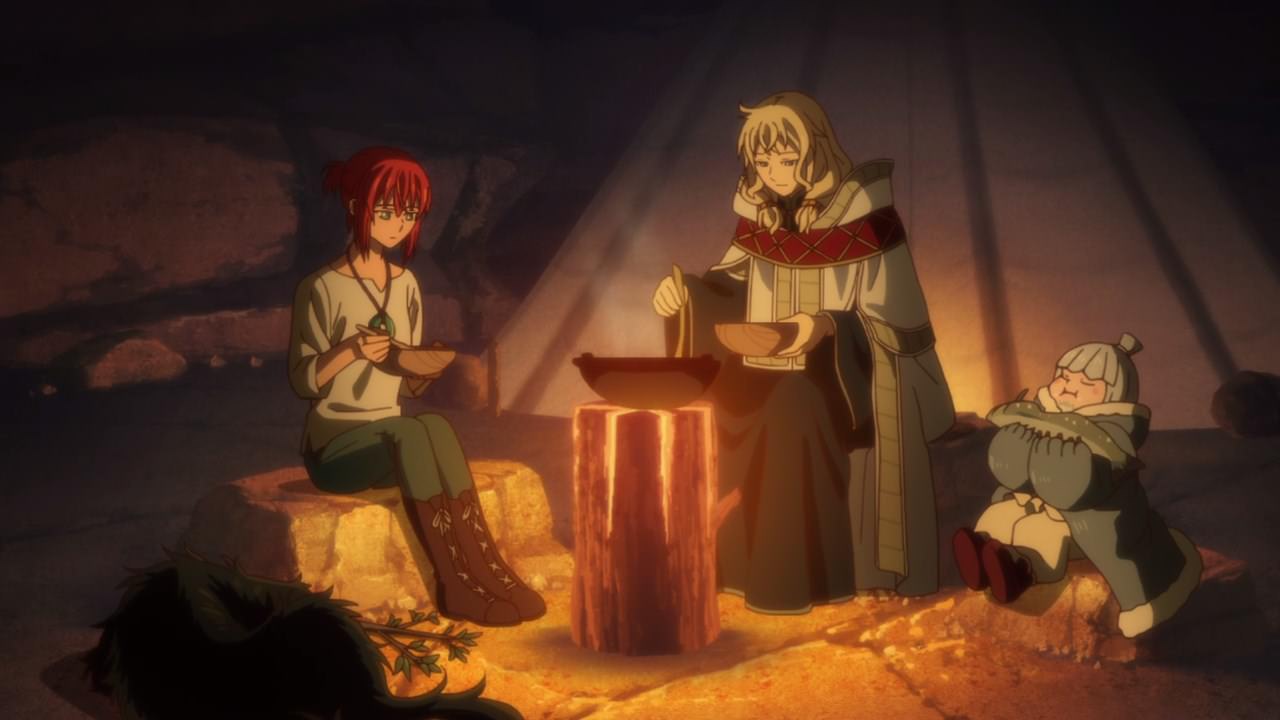 After she got her wand (off-screen), Lindel told Chise a story of how he met the Thorn Mage on a stormy night. 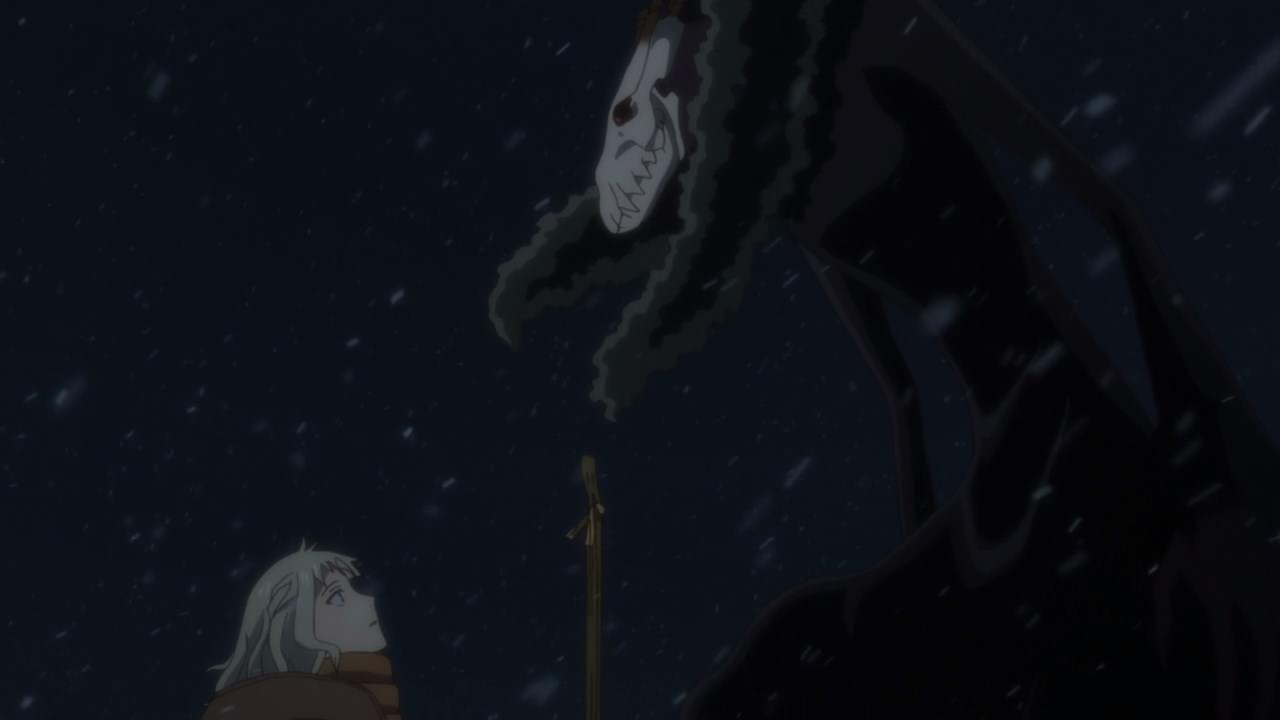 As you can see, Lindel is surprised that this Thorn Mage survived from being attacked by wolves on a blizzard.

Unfortunately for this Thorn Mage, he doesn’t remember who he is or how he end up being a monstrosity. So, Lindel asked the Thorn Mage to come with him as his master’s house. 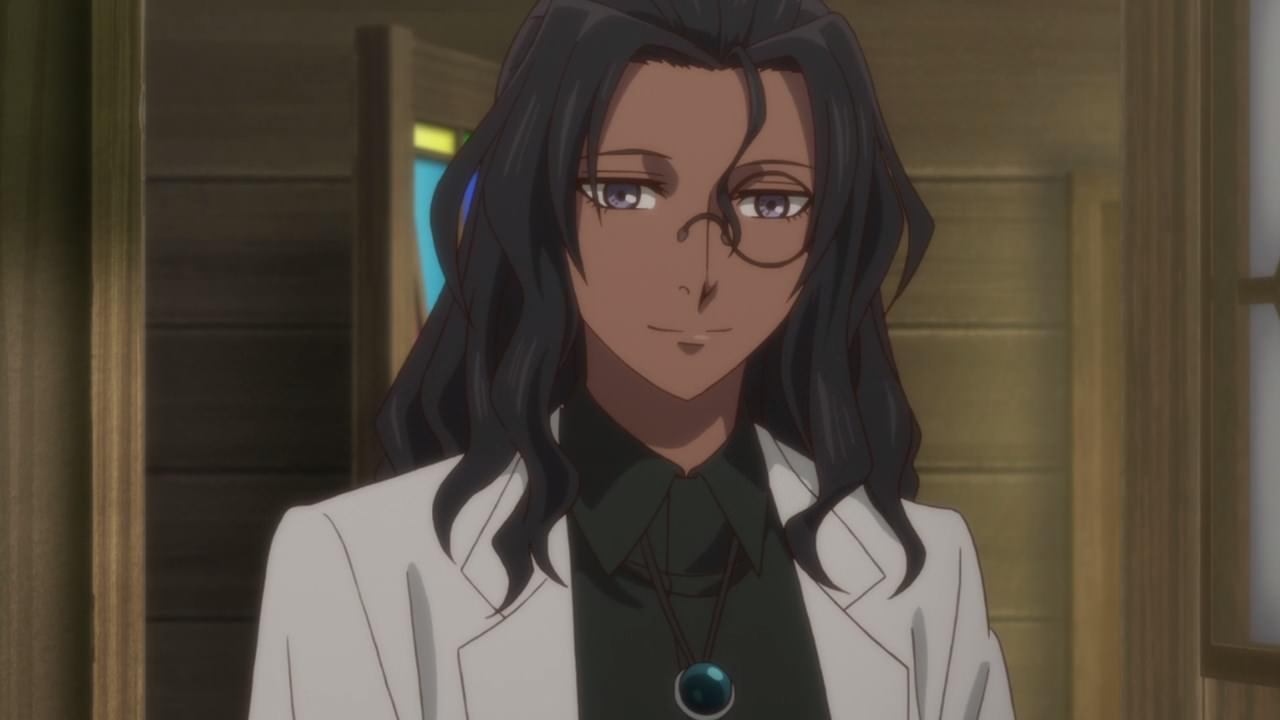 By the way, this is his master named Rahab who took the mage under her wing. She’s also the one who gave him the name of Lindel.

In any case, Lindel took the Thorn Mage to Master Rahab in which he asked his master to check on him. 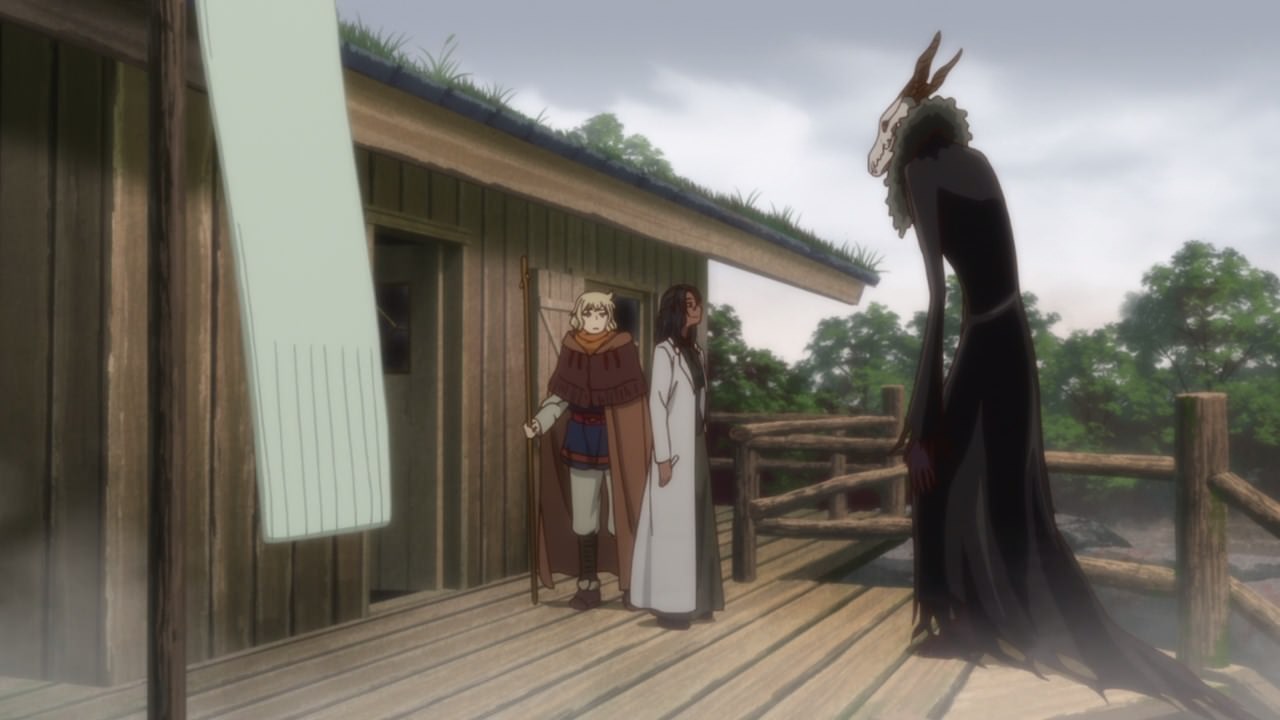 Then again, he’s a bit big to fit in her shack so Master Rahab asked the Thorn Mage to get smaller, about the size of a human. 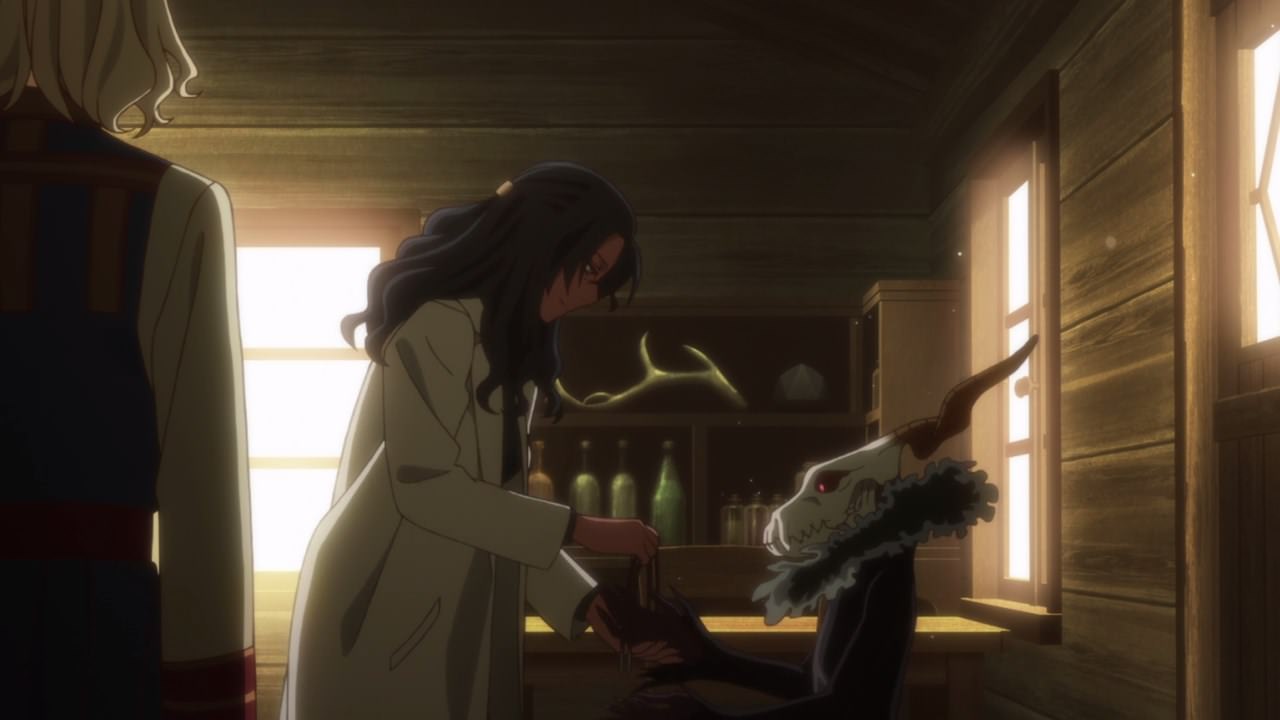 So, the Thorn Mage changed himself into a smaller version of him, although it’s a bit too much for his transformation. Then again, I feel that the Thorn Mage looked so cute as he looks like a child!

Unfortunately, Master Rahab couldn’t find any answers on how the Thorn Mage transformed into a half-fairy/half-human hybrid, but Rahab gave him a name instead of being called the Thorn Mage all the time… 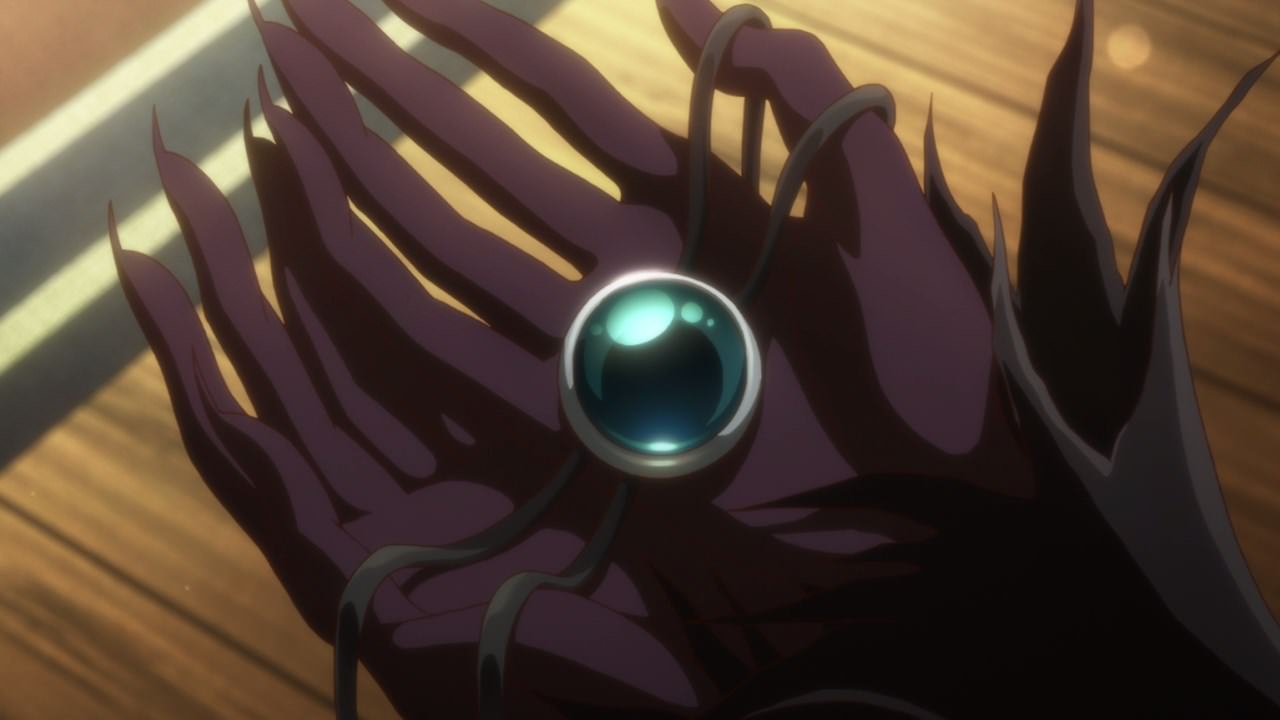 So from now on, Rahab gave him the name of Elias and told him to stay as Lindel’s acquaintance instead of an apprentice. I mean, he can’t wander in the forest by himself. Also, Rahab gave Elias a pendant for protection which I believe that it’ll become important later on.

And that’s how the story of the Thorn Mage ends and I have to say that it’s nice on how Elias Ainsworth came to be, although he doesn’t know how he became a fairy/human monstrosity. With that said, I’ll see you next time!