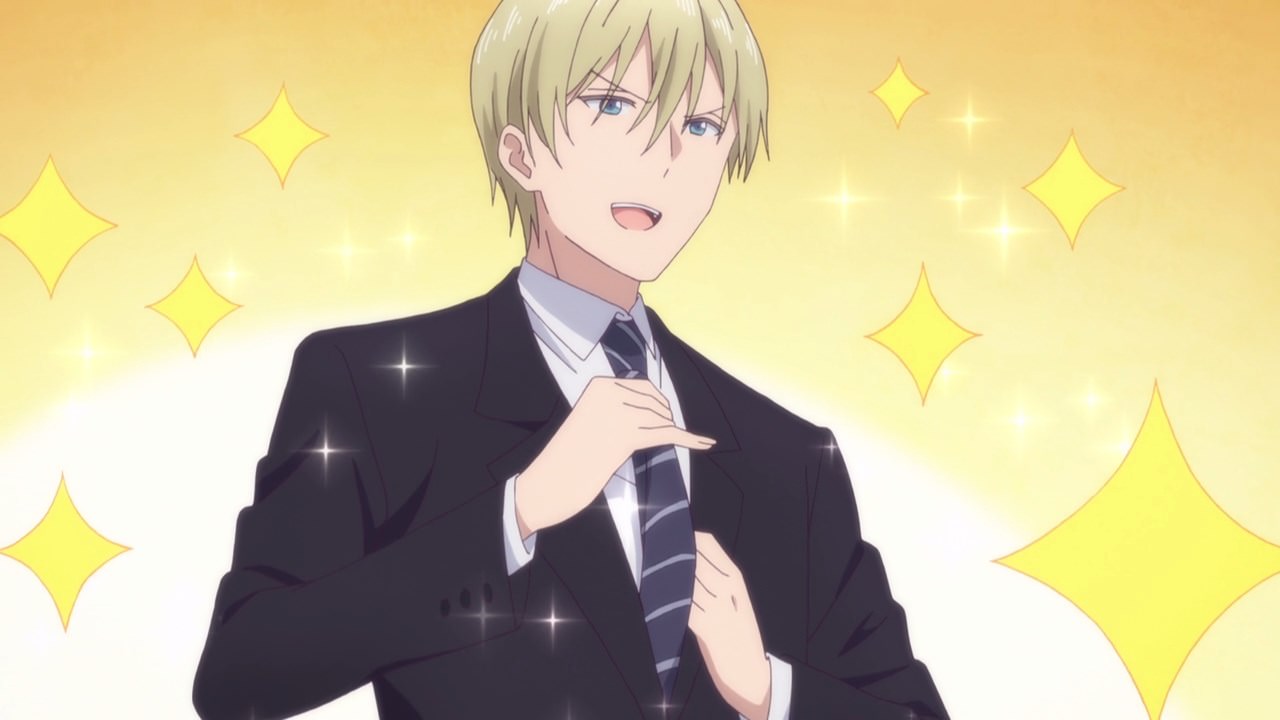 Well, seems that Dino is suit up for something important. Could it be a date? Maybe… 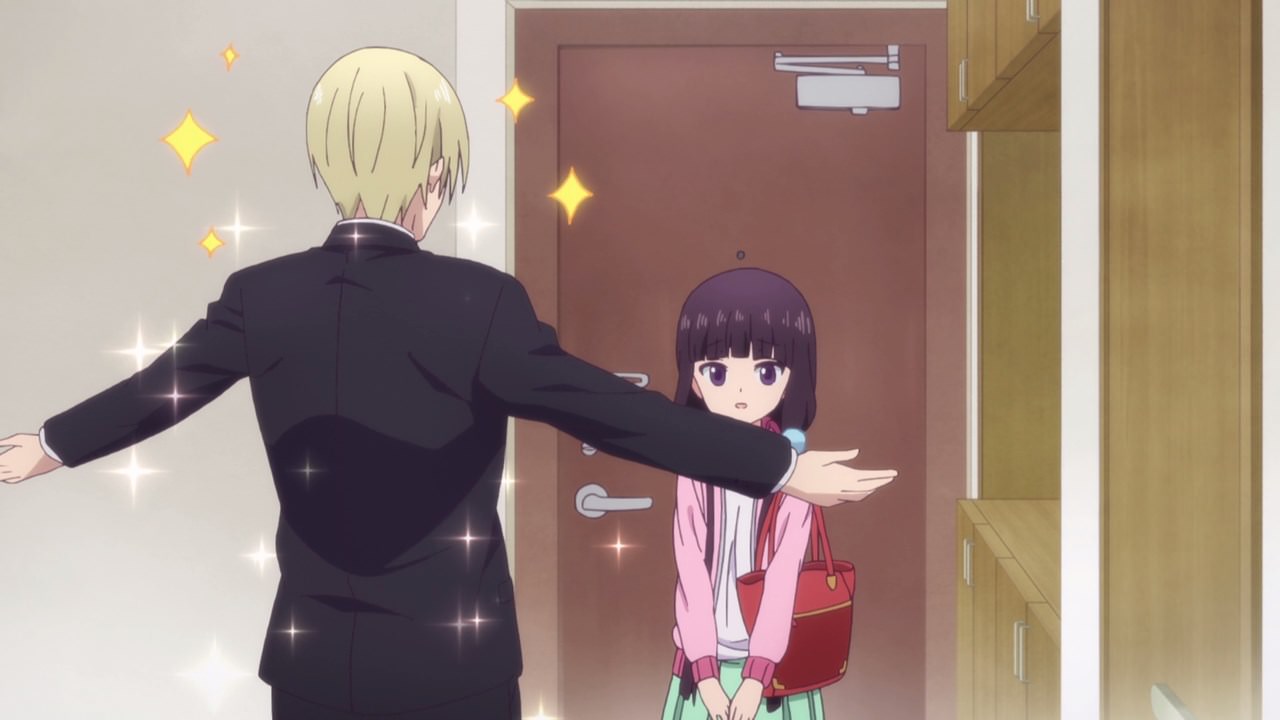 Actually, it’s just a walk in the park with Maika Sakuranomiya. I mean, it’s not a date or anything but then again, I think it still counts as a date. 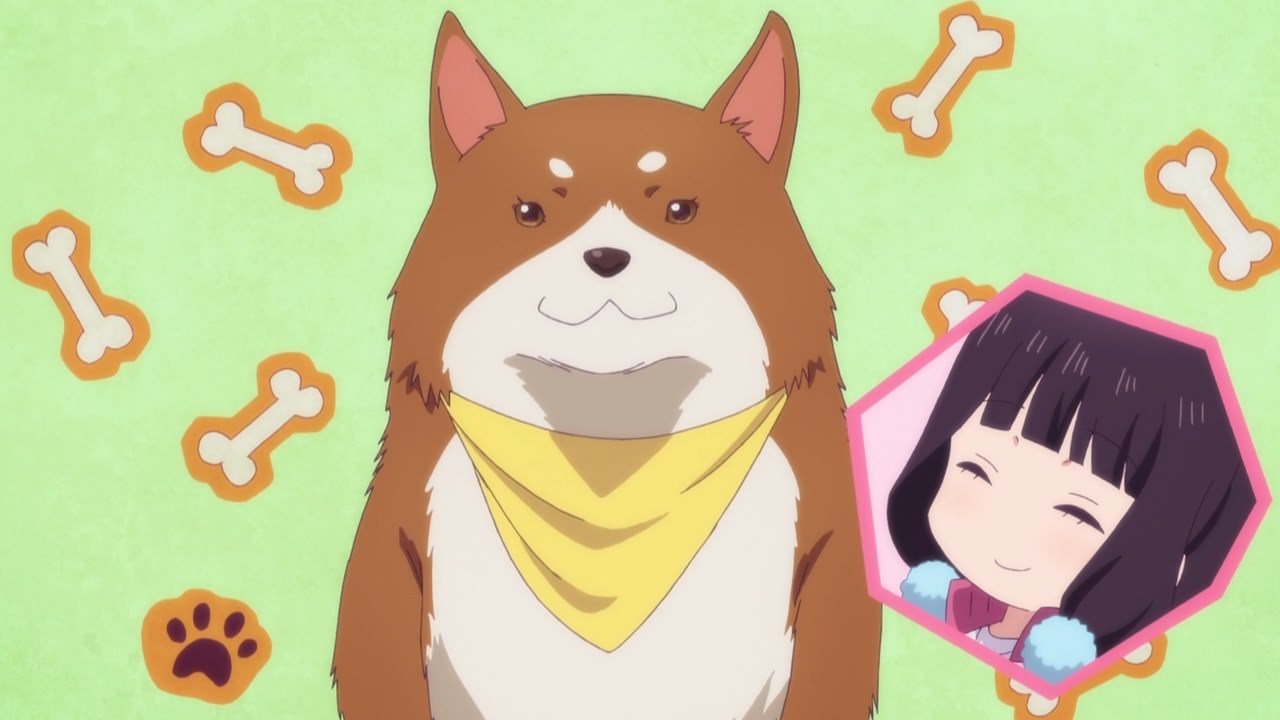 On the other hand, Maika brought a yellow handkerchief as an accessory for Owner. C’mon, the dog needs to look good when going outside. 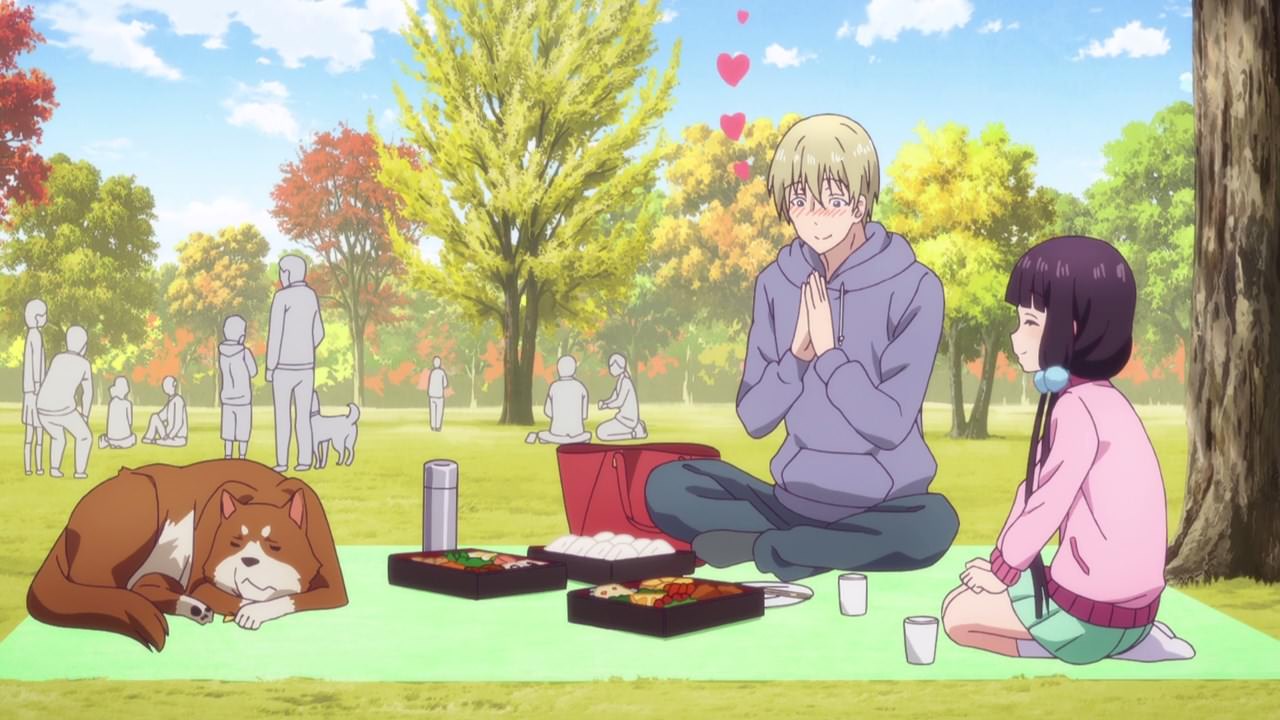 Anyways, both Dino and Maika-chan are now at the park and they’re having a good time at the moment. 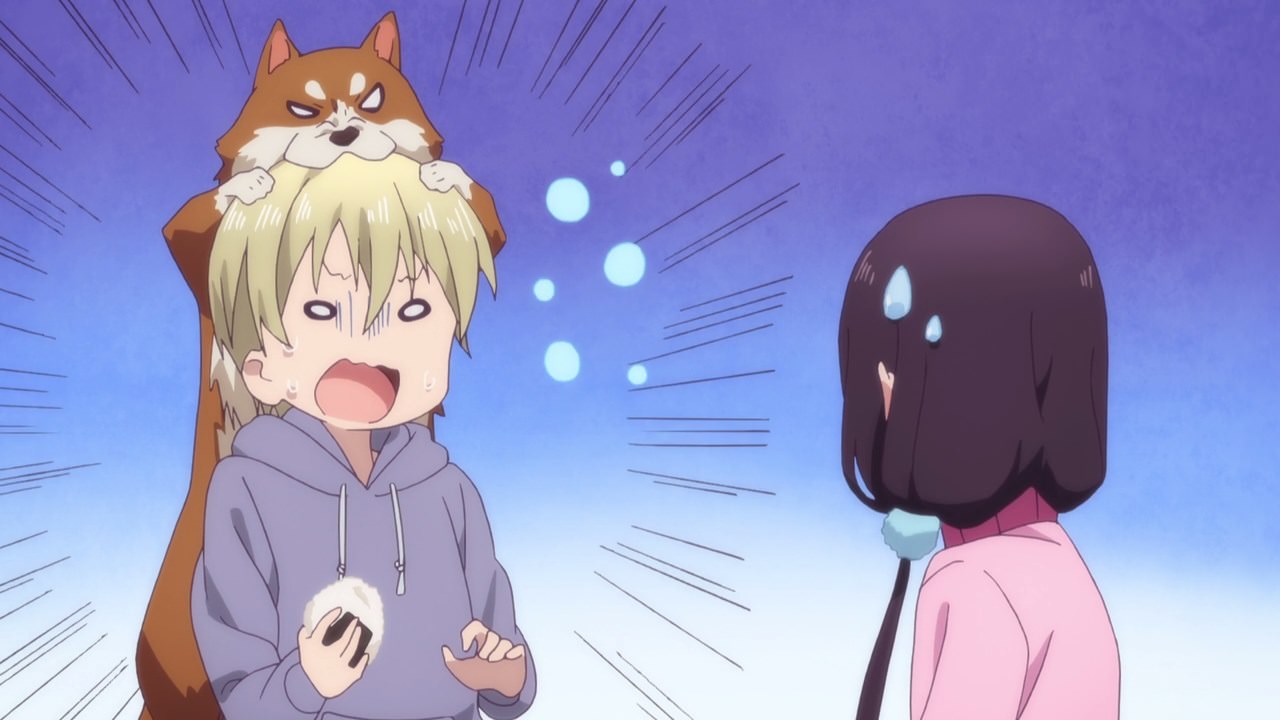 Well, it would have been a perfect da- I mean park stroll if it wasn’t for Dino’s dog biting on his head.

Hmm, I wonder if Owner got vaccinated? I mean, Dino might get rabies if it didn’t get the injection. 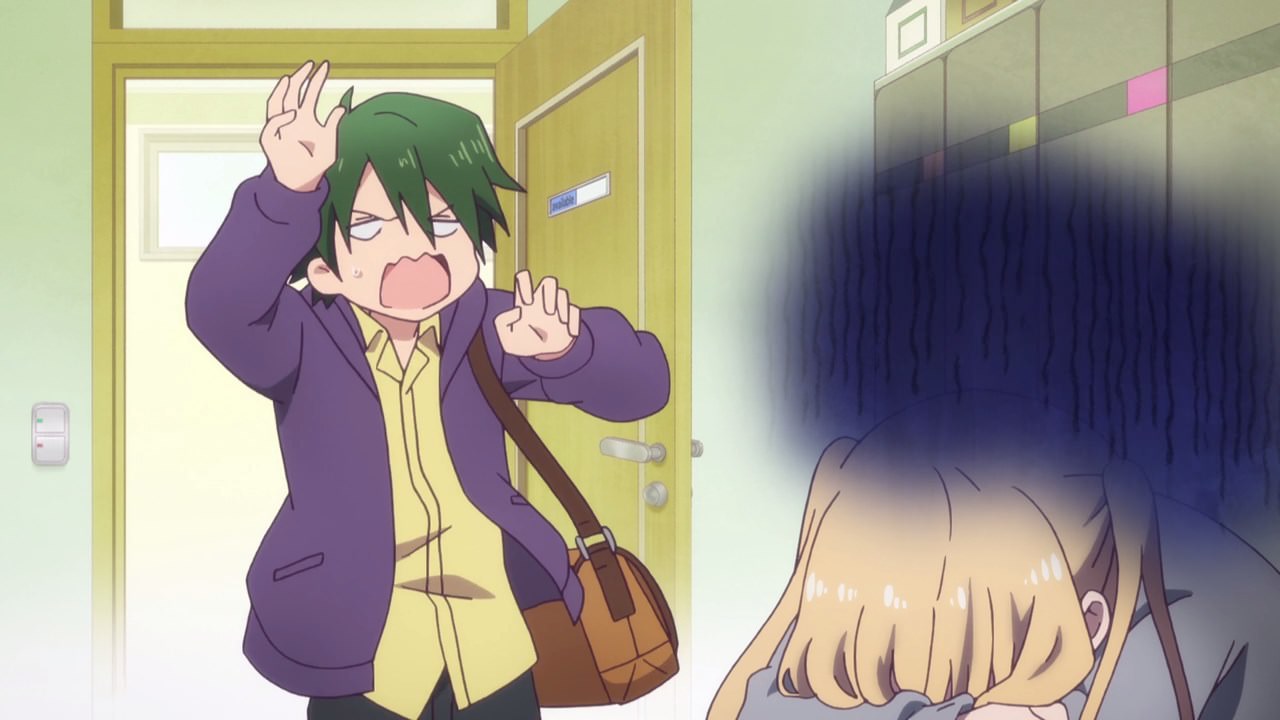 Back in Café Stile, Kouyou Akizuki found Kaho Hinata who’s very depressed as she got locked out from her cellphone and her game saves got erased too.

Well, I have to say that I feel bad for Kaho-chan! 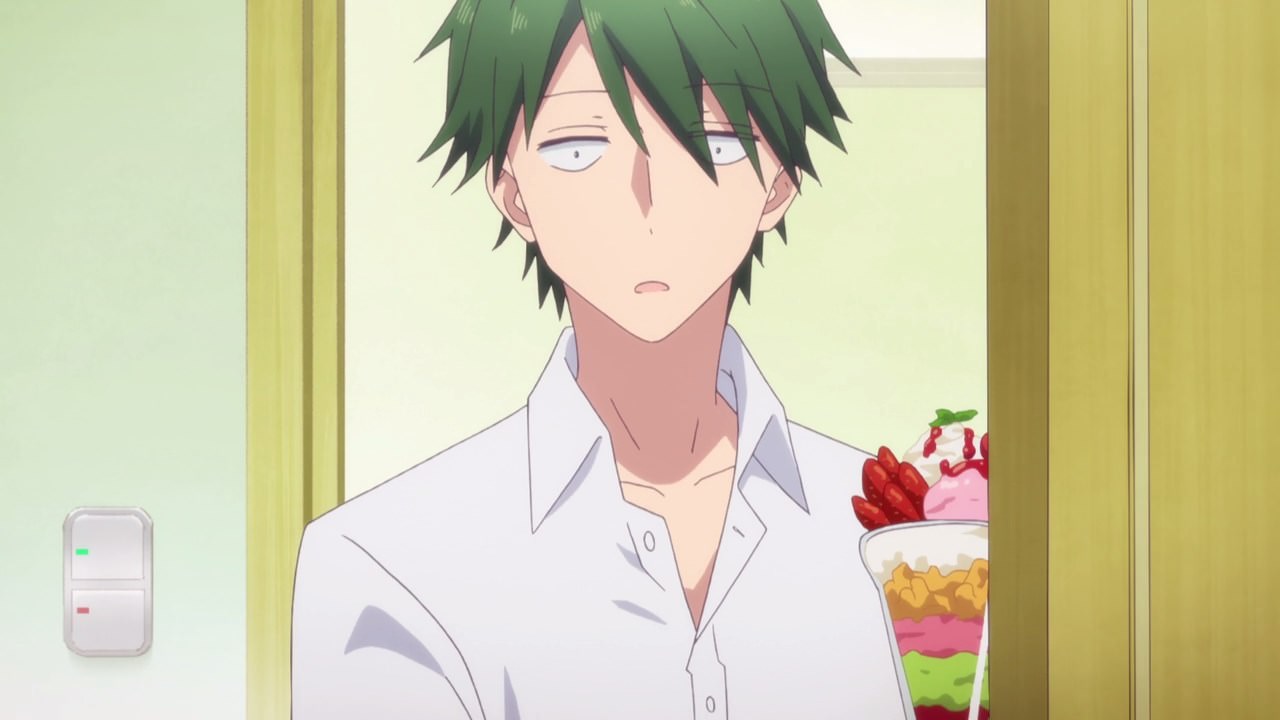 So, Akizuki made a parfait to cheer her up. That should do the trick when you have a depressed staff member! 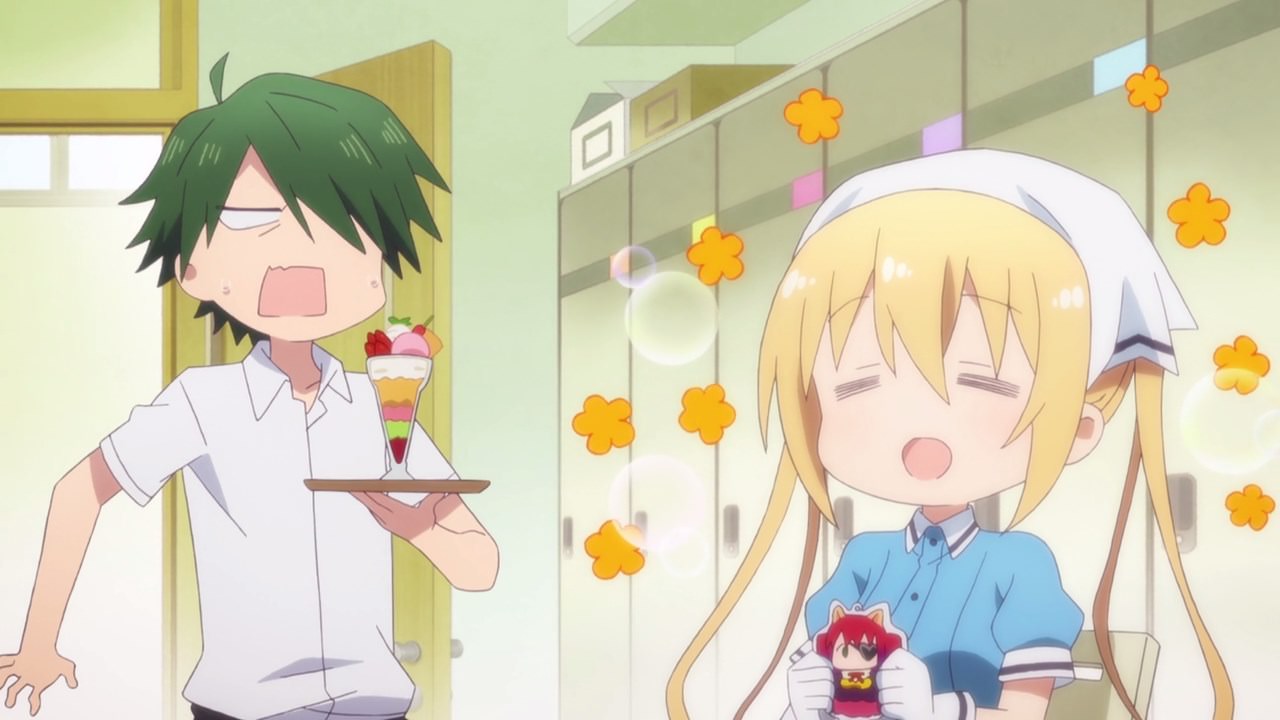 Unfortunately, it seems that Kouyou-san won’t give the parfait to Kaho-chan as she got something that cheered her up… like a keychain which shows her favorite character Vanilla.

Looks like Akizuki blew his chance to impress Hinata! 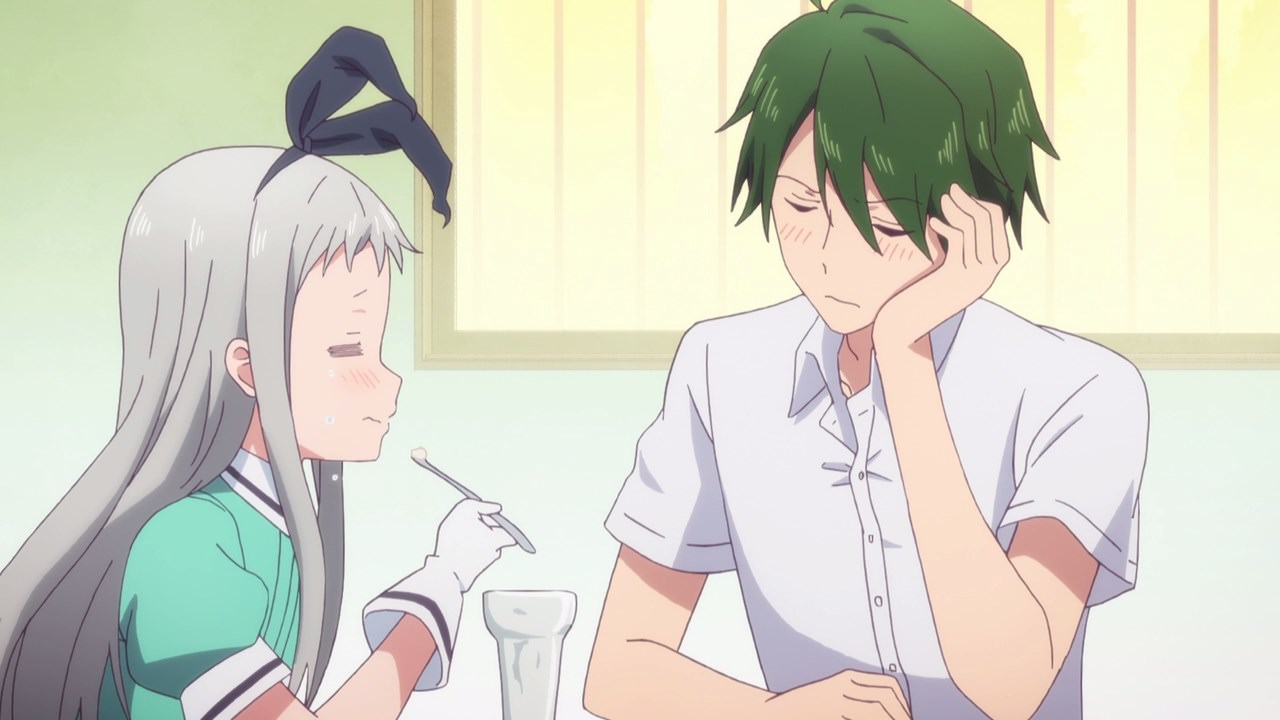 So, he gave the parfait to Hideri Kanzaki where s/he got a heartburn after eating all of it. Poor Hideri… 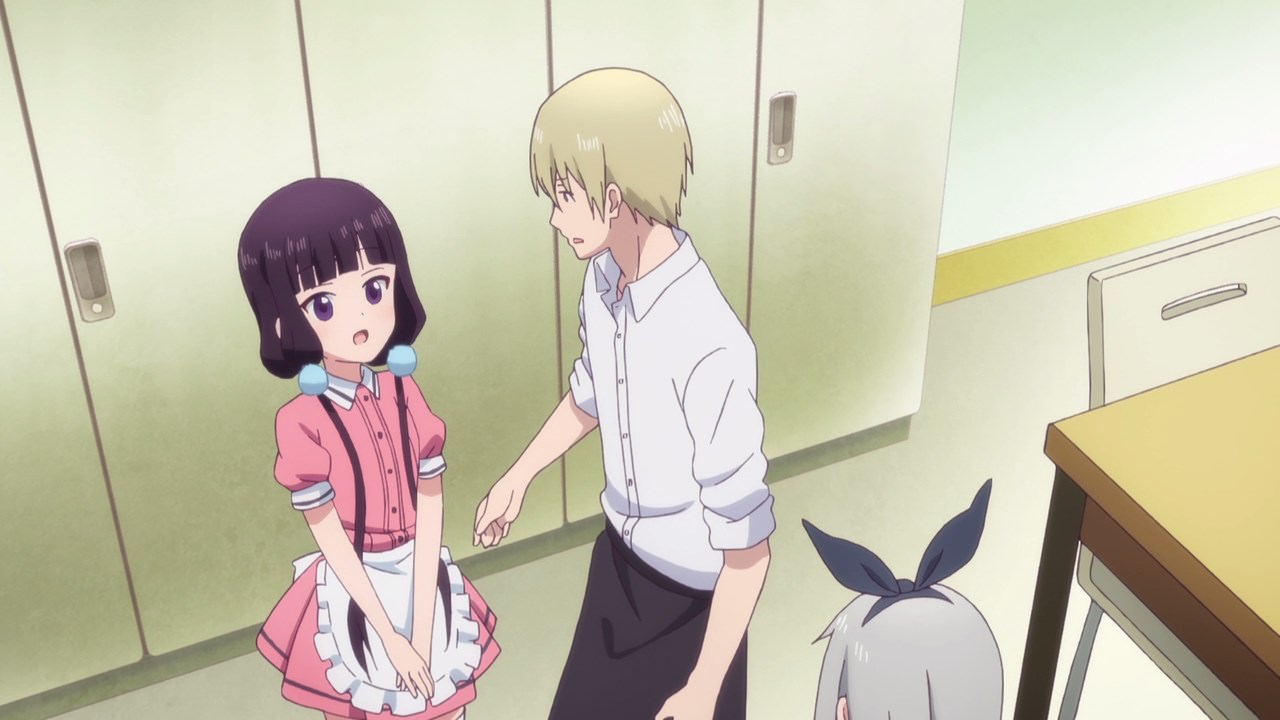 Lastly, it’s time for Dino to show the famous kabedon technique. Then again, he’s hesitant to do it towards Maika-chan. 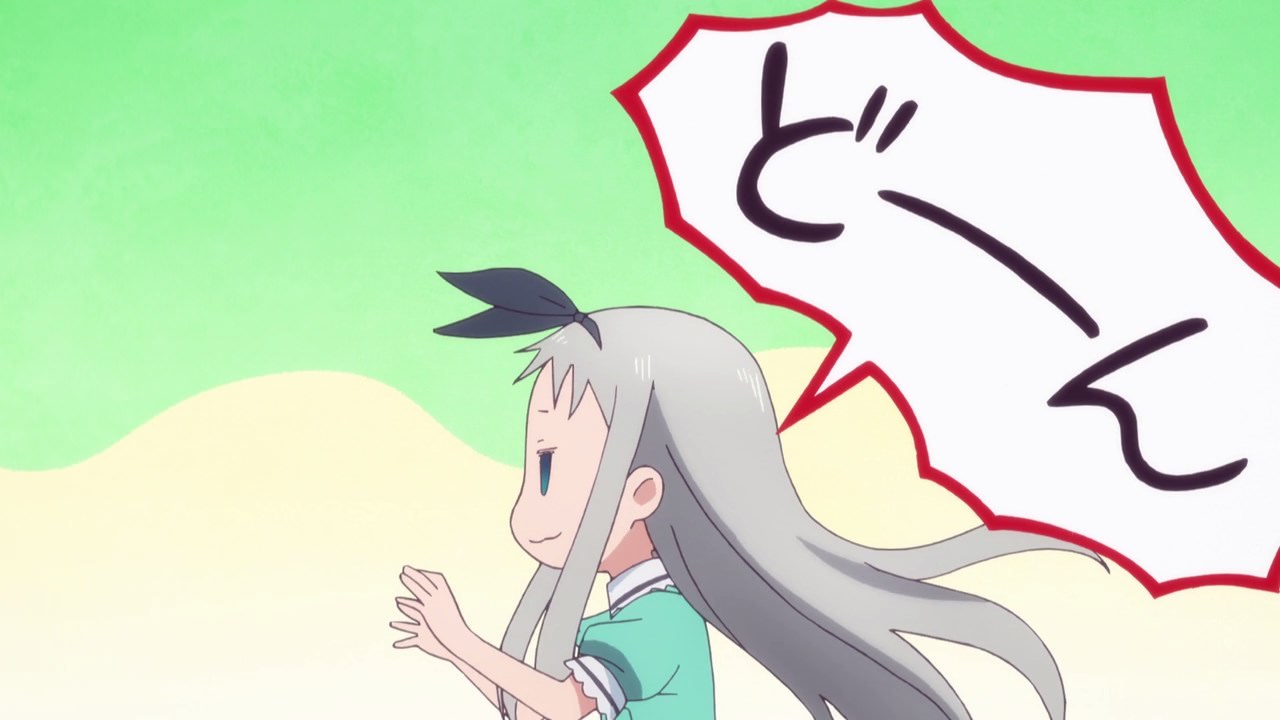 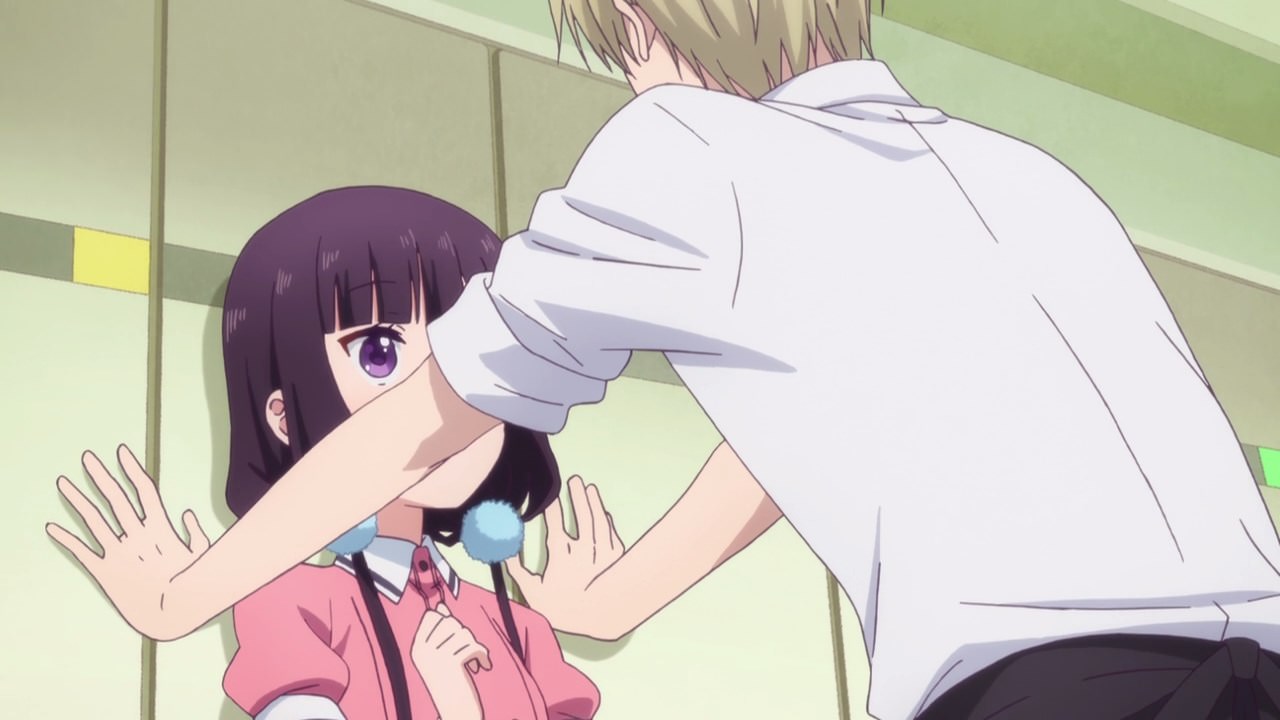 That’s until Hideri pushed Dino and placed both hands towards the locker doors. Basically, he’s doing the kabedon right now! 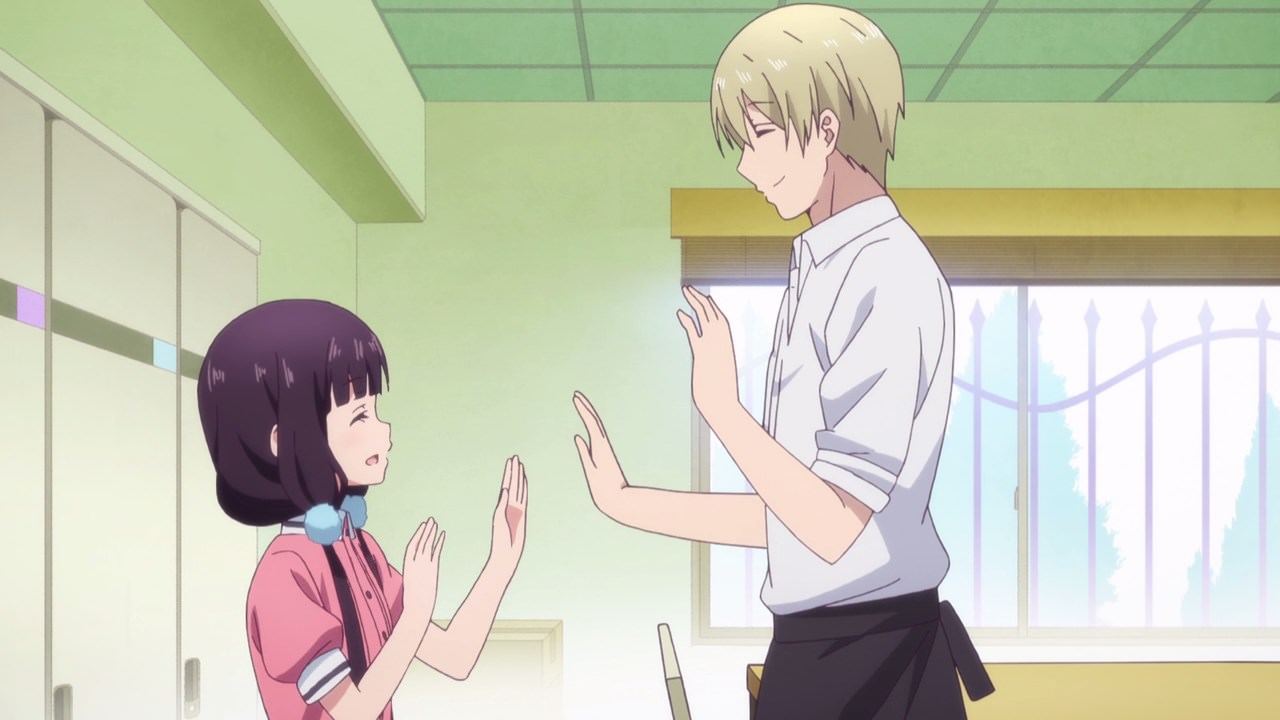 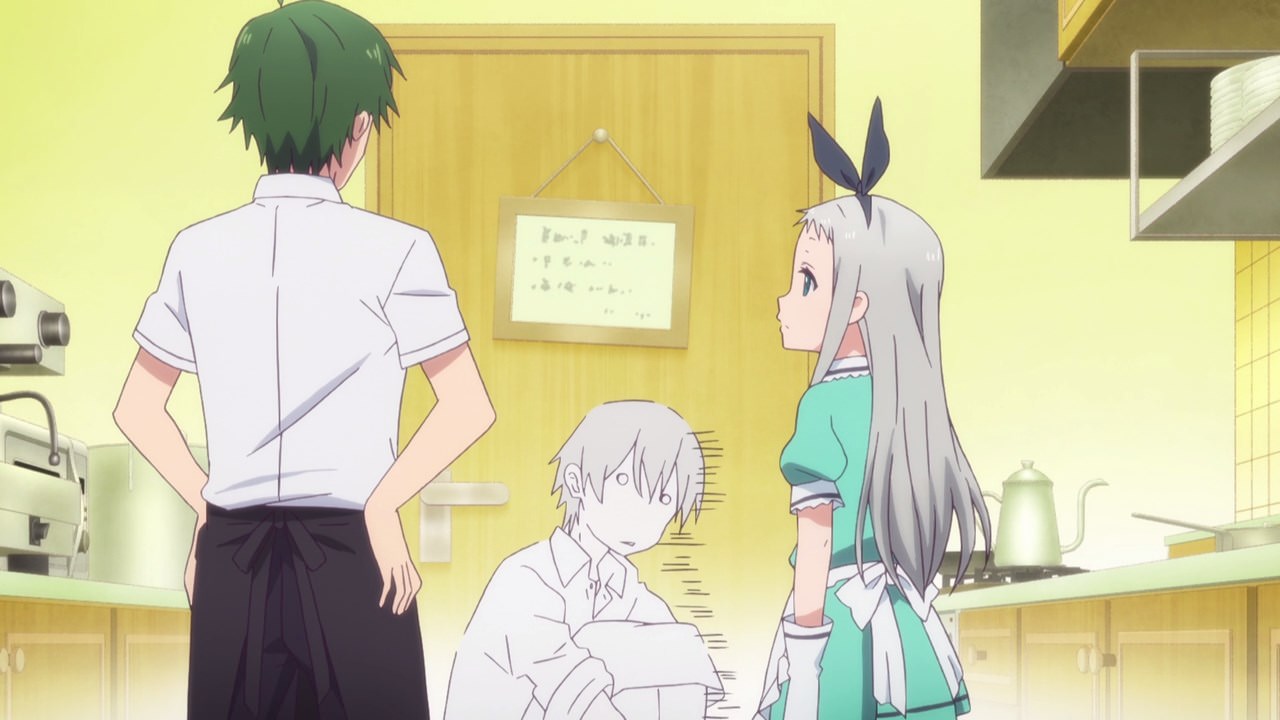 In the end, Dino got burned out thanks to Maika’s obliviousness. Poor Dino, I feel that he’s gonna get friendzoned forever…

Maybe in the final episode, he’ll get his chance to become Maika’s boyfriend or something!