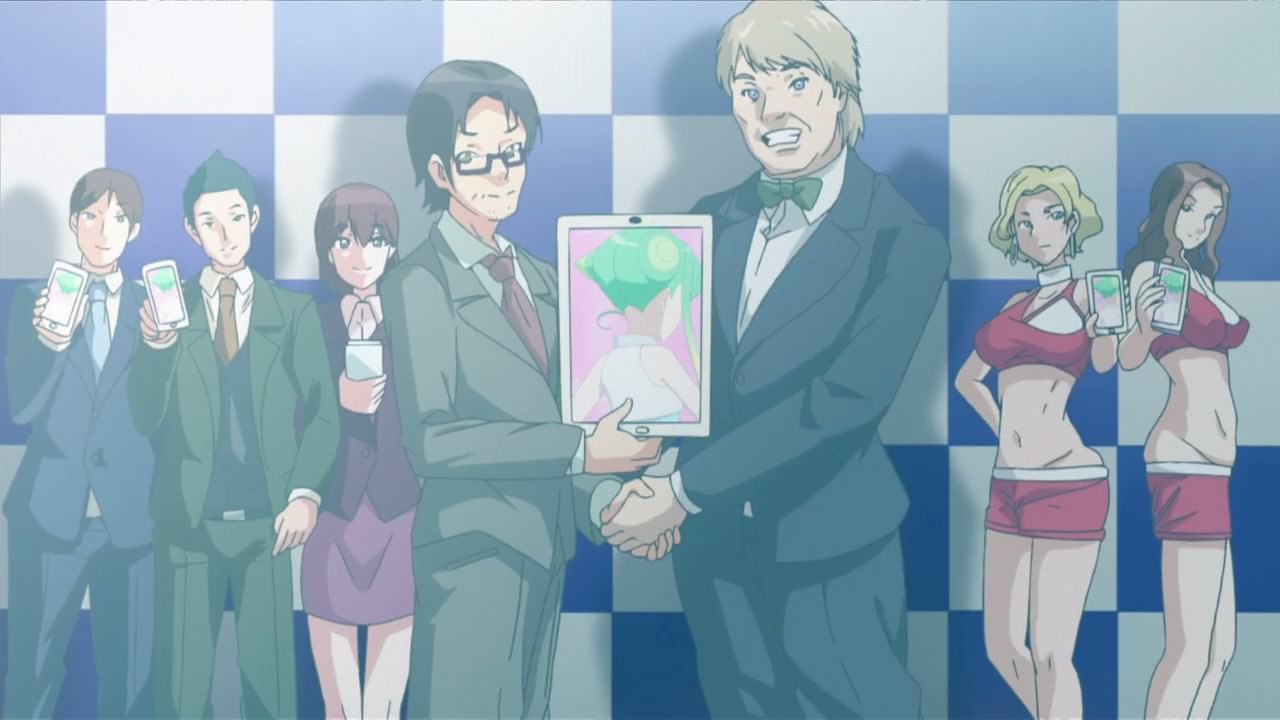 So, remember what I told you back then that Tasuku Hayasaka went to the United States? Well, here’s your answer but you know this already ’cause Hayasaka will write a song for Makina X.

But wait, there’s more as Makina X is being backed by an American company in which they’ll handle the virtual idol’s debut, much like how Hatsune Miku got promoted a few years ago. Oh and one last thing, the concert will be held on Christmas Eve, but we don’t know where it’ll be held. 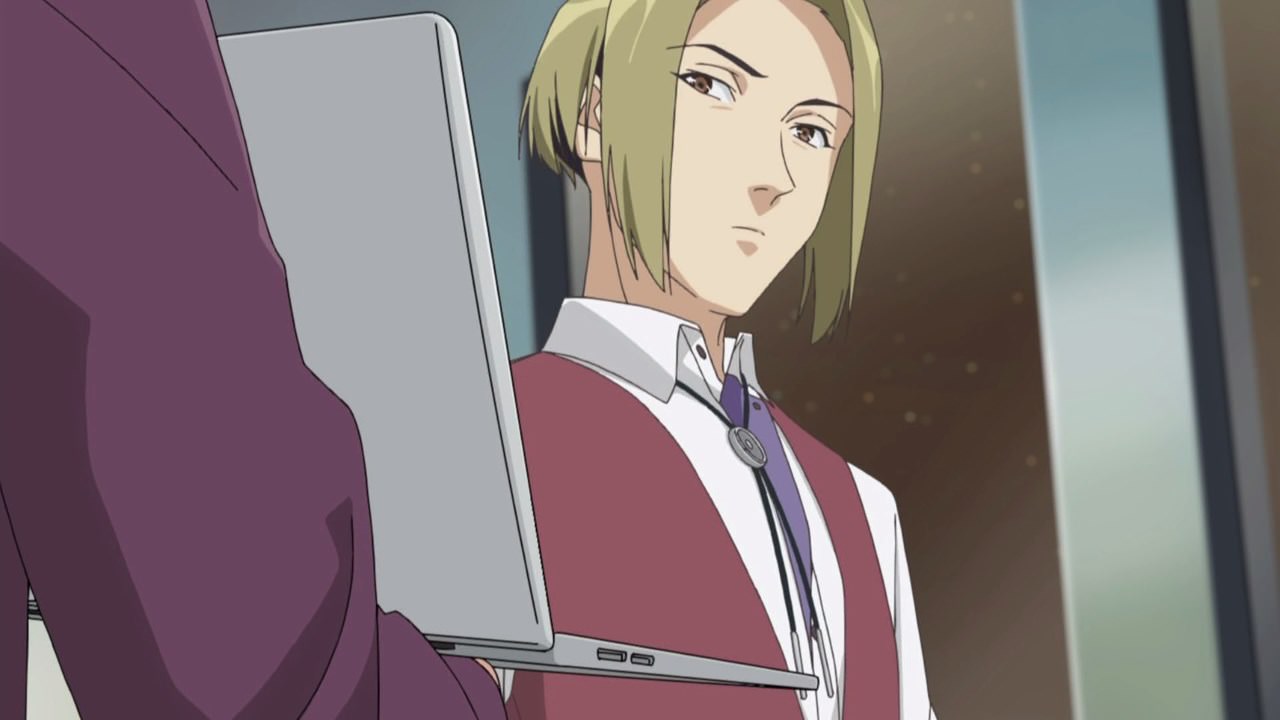 For Tasuku Hayasaka, it’s business as usual for him after composing various songs for Makina X… in America!

Still, he’s not satisfied no matter how much money he’s being offered. Sure that he’ll take the payment, but Hayasaka felt that something’s missing in his life. Even though Makina X is the perfect idol, it doesn’t have the soul as the real thing. 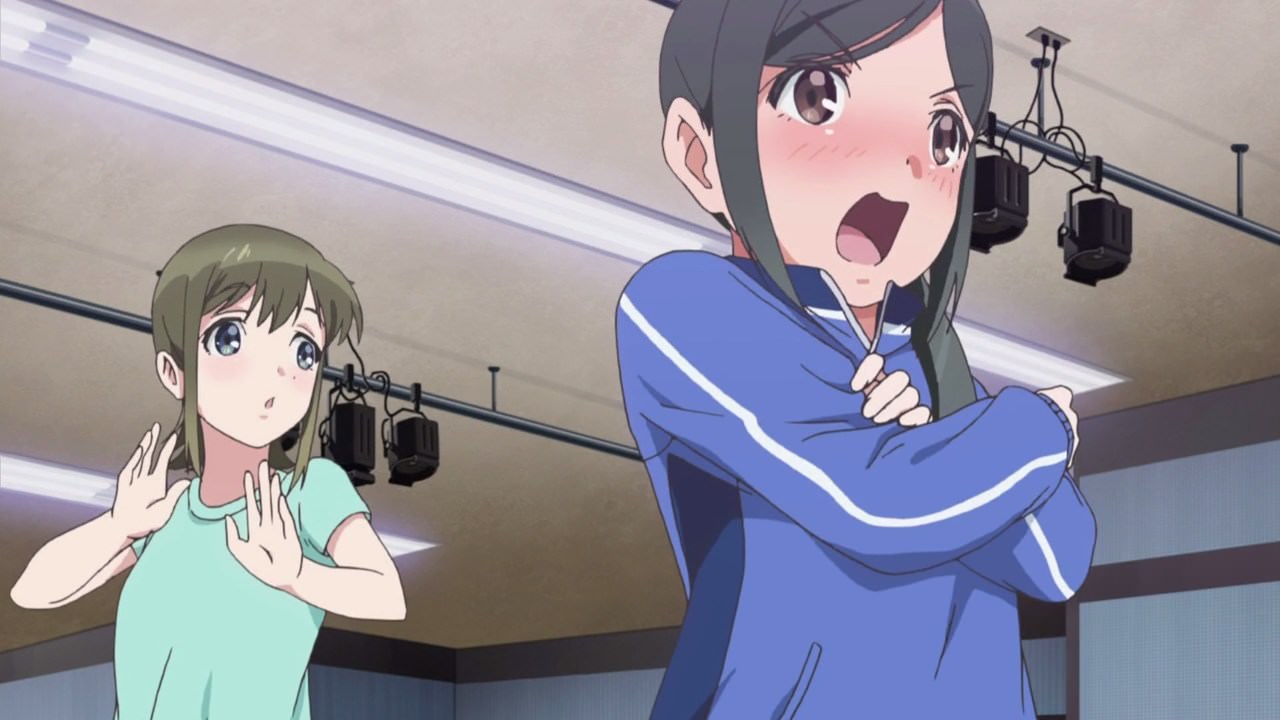 Anyways, let’s go back to Green Leaves Entertainment as Wake Up, Girls! are preparing for their upcoming album as well as their national tour, although it seems that everything is not working well in terms of ticket sales.

On the other hand, the three idols-in-training are getting the spotlight by joining the training session. Yeah, Ayumi Hayashi got a bit nervous when dancing with her favorite idol group. 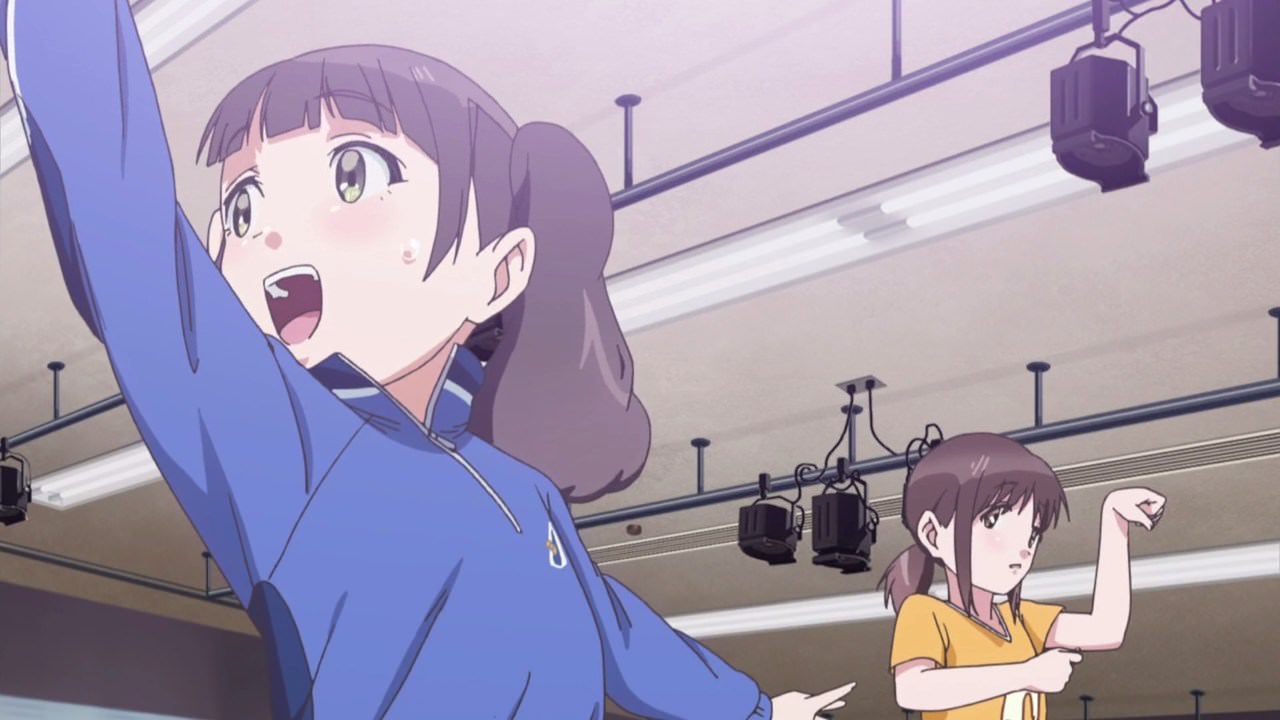 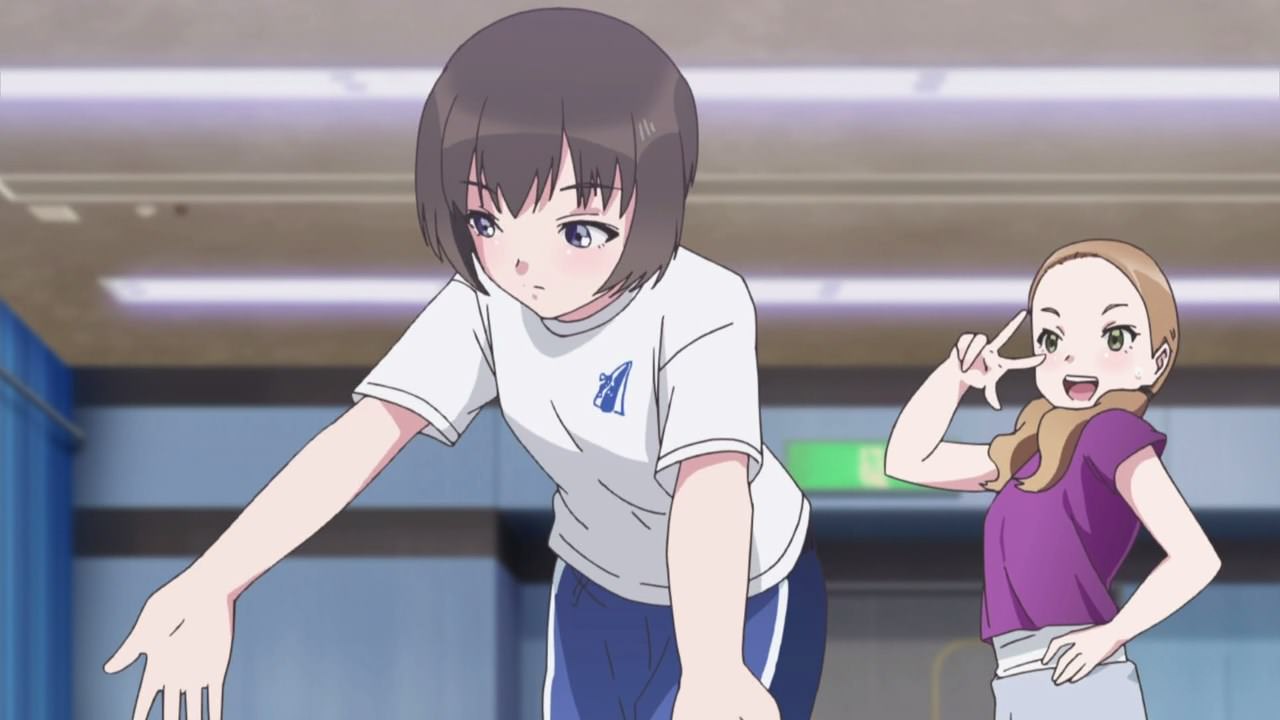 Heck, same goes for Otome Morishima and Itsuka Atsugi who barely followed the dance steps. But hey, that’s a start for them instead of doing chores all the time. 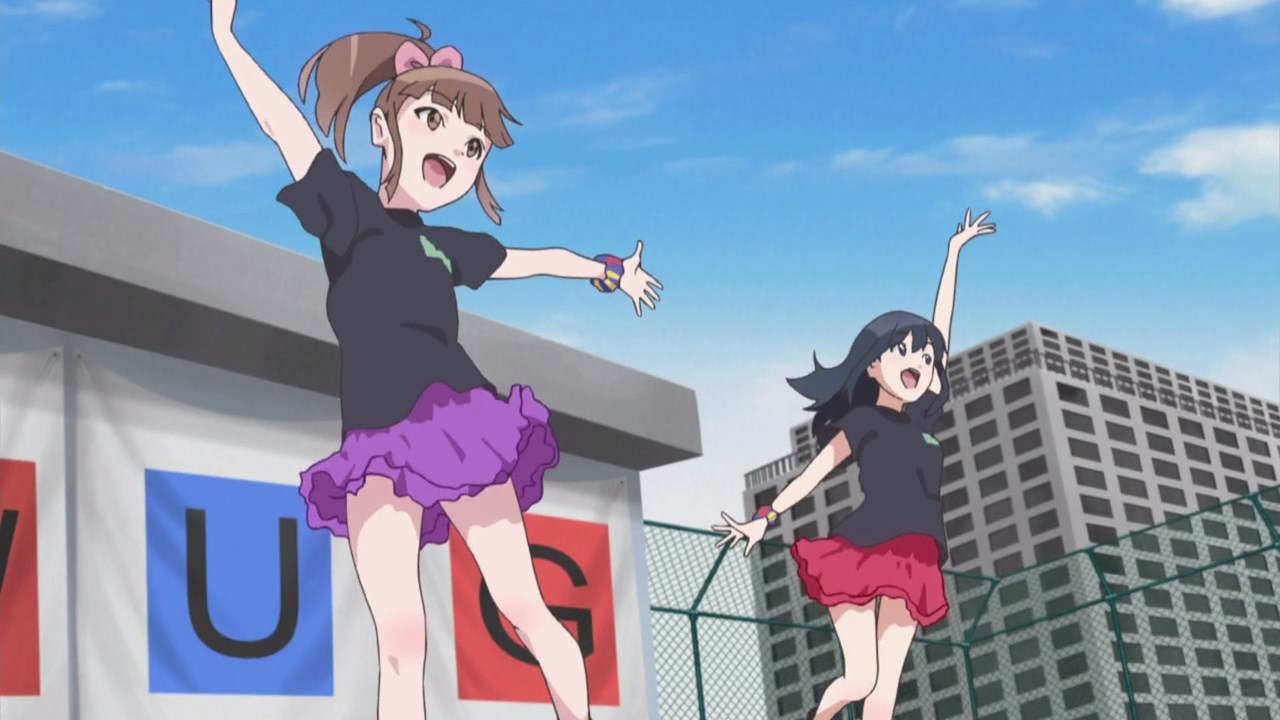 Speaking of Wake Up, Girls!, they decided that instead of waiting to get invited on a music show, Mayu Shimada and the rest will have to promote themselves via guerrilla performance.

Well, I’d say that they’re going back to their roots when WUG! is starting up 2 years ago. 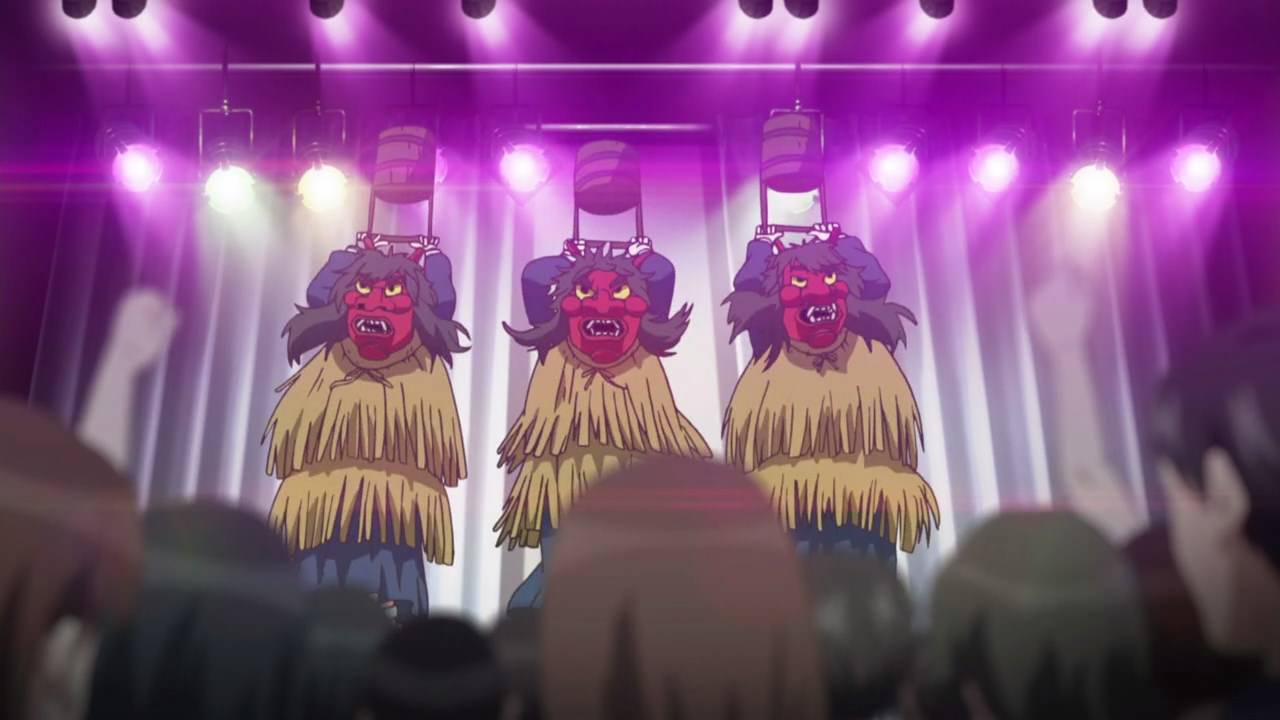 On the other hand, it appears that the other local idol group Namahagez, also known as the “Demons of Oga”, have returned after their brief disbandment.

I have to say that they’re still wacky as ever on stage! 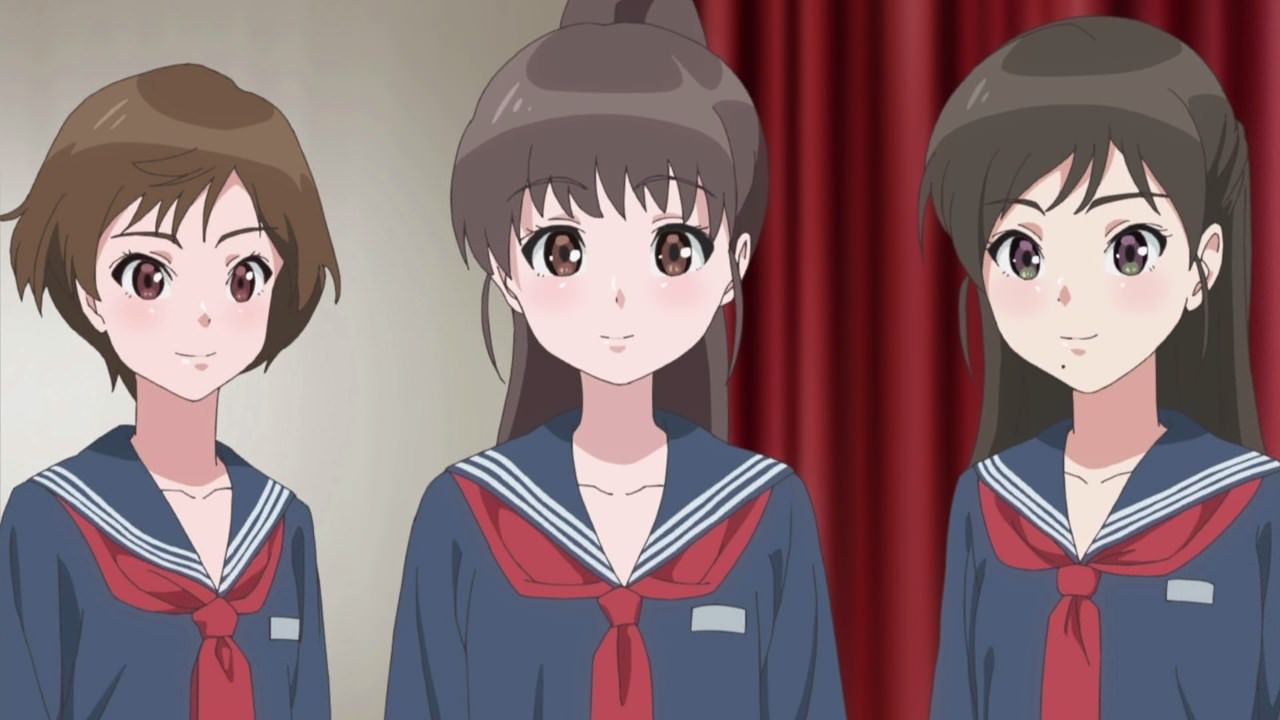 Of course, the reason why they returned is because of Wake Up, Girls! as Namahagez was inspired by them to go back to the idol stage.

Oh, and the reason why they got disbanded in the first place? It’s because their agency went bankrupt, but it doesn’t stop them from performing as freelancers so it’s good for them! 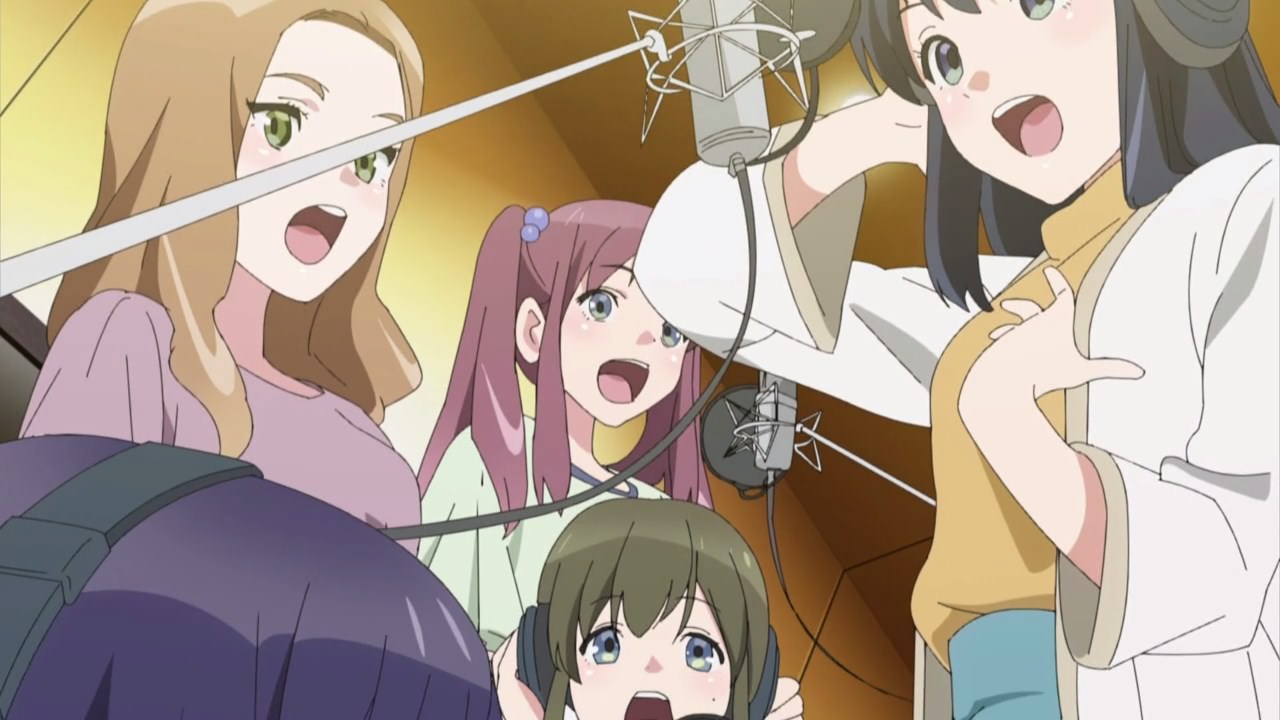 One last thing, it appears that Wake Up, Girls! have managed to make the lyrics for the new song from Tasuku Hayasaka, which he gave them passing marks.

Thanks to the likes of Namahagez and other small idol groups across the country, WUG! got their eureka moment on making lyrics that correlates on how they’re strong when they banded together. One analogy to this is how constellations are formed from various stars that are linked together. Come to think of it, I wonder if their new song contains stars?

In any case, WUG! have finished recording their album and now it’s time for the national tour across Sendai and beyond! 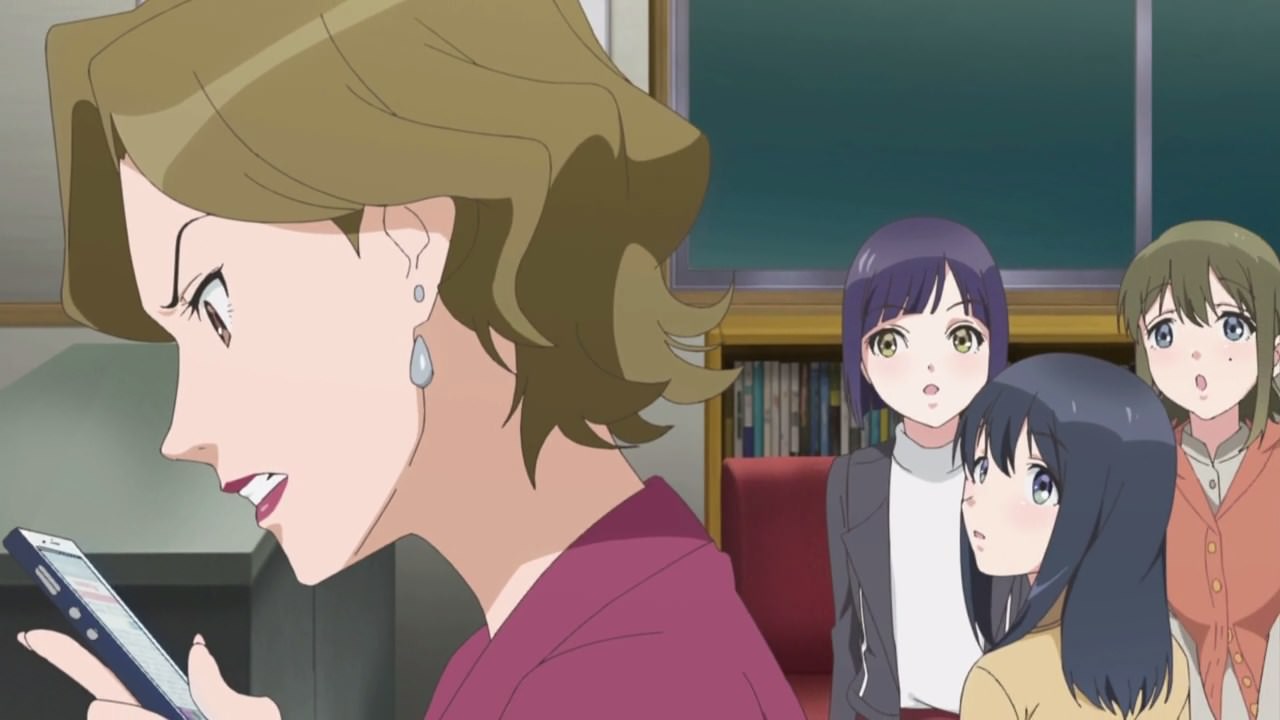 So yeah, their ambitious national tour got a massive setback that it they’re basically have nowhere to perform on the final leg. Other than I-1 Club’s restructuring in which Tooru Shiraki will have his super idol group perform on Christmas Eve, WUG! is basically being pushed into the corner by two major powers.

Anyways, next episode will be the final one as we’re hoping for a miracle. Otherwise, Wake Up, Girls! will disappear into obscurity.