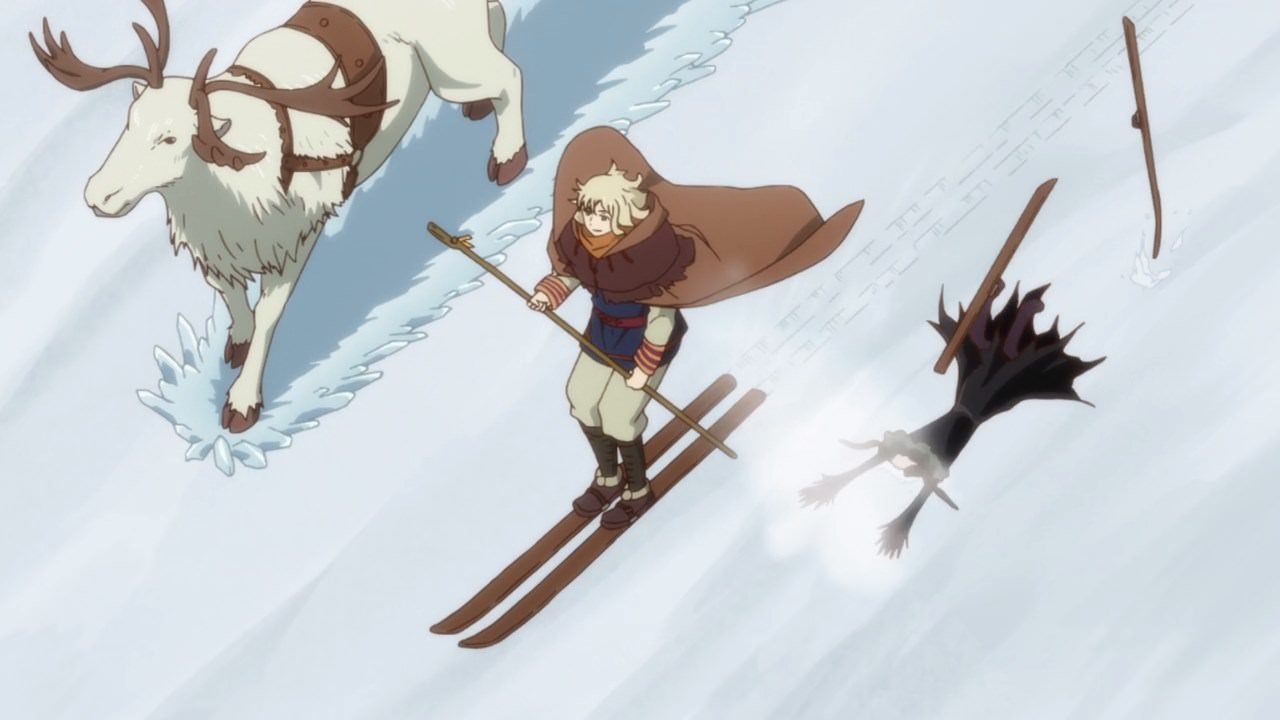 And now, let’s continue the backstory of how Lindel met Elias as the latter becomes the apprentice of the former.

Then again, Elias will have to do menial tasks like taking care of the reindeer, which he failed miserably. 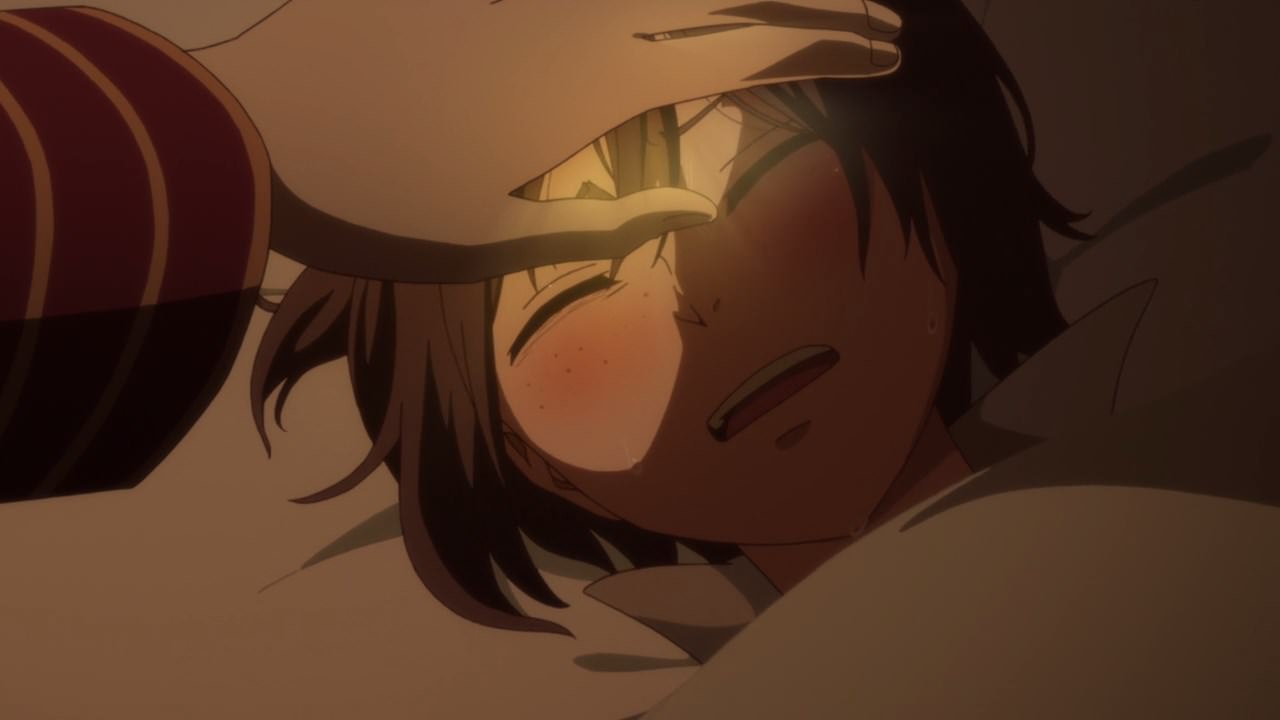 So their first task is to heal a sick person, although Lindel will take care of it as Elias is too intimidating to heal someone. 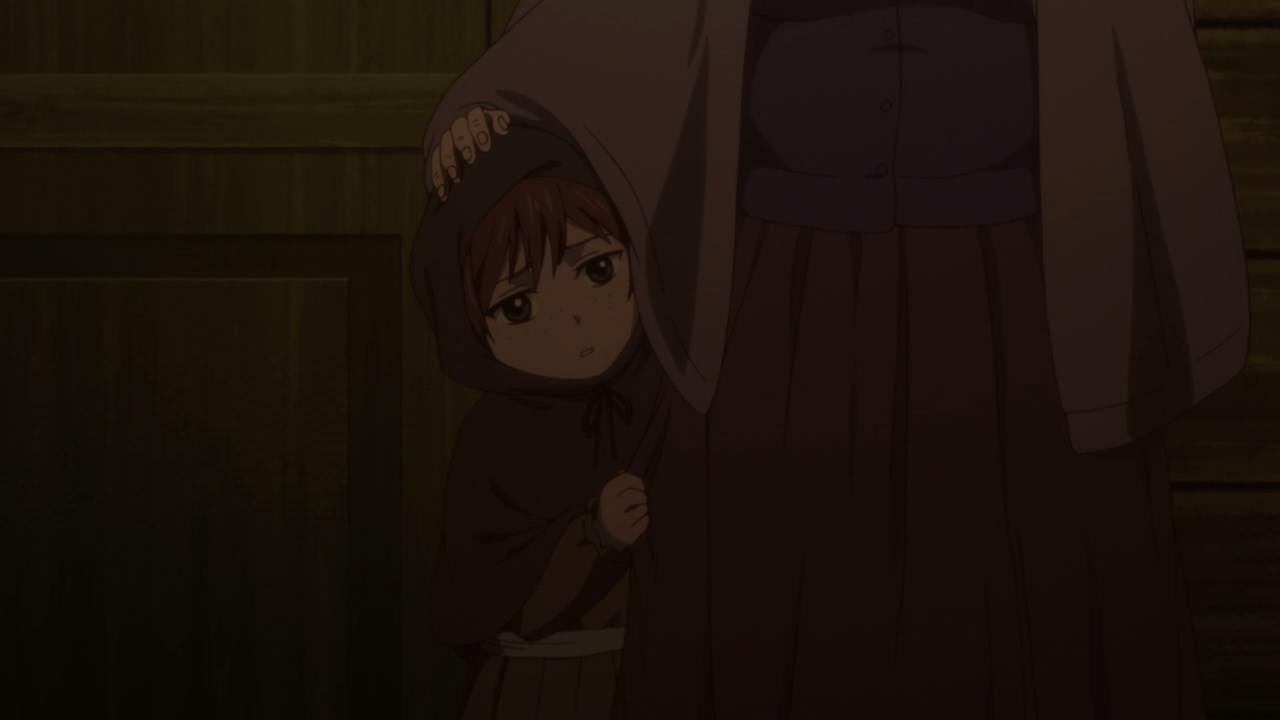 However, it appears that the little sister saw something that scared her the most, and I have to say that she reminds me of Chise Hatori. 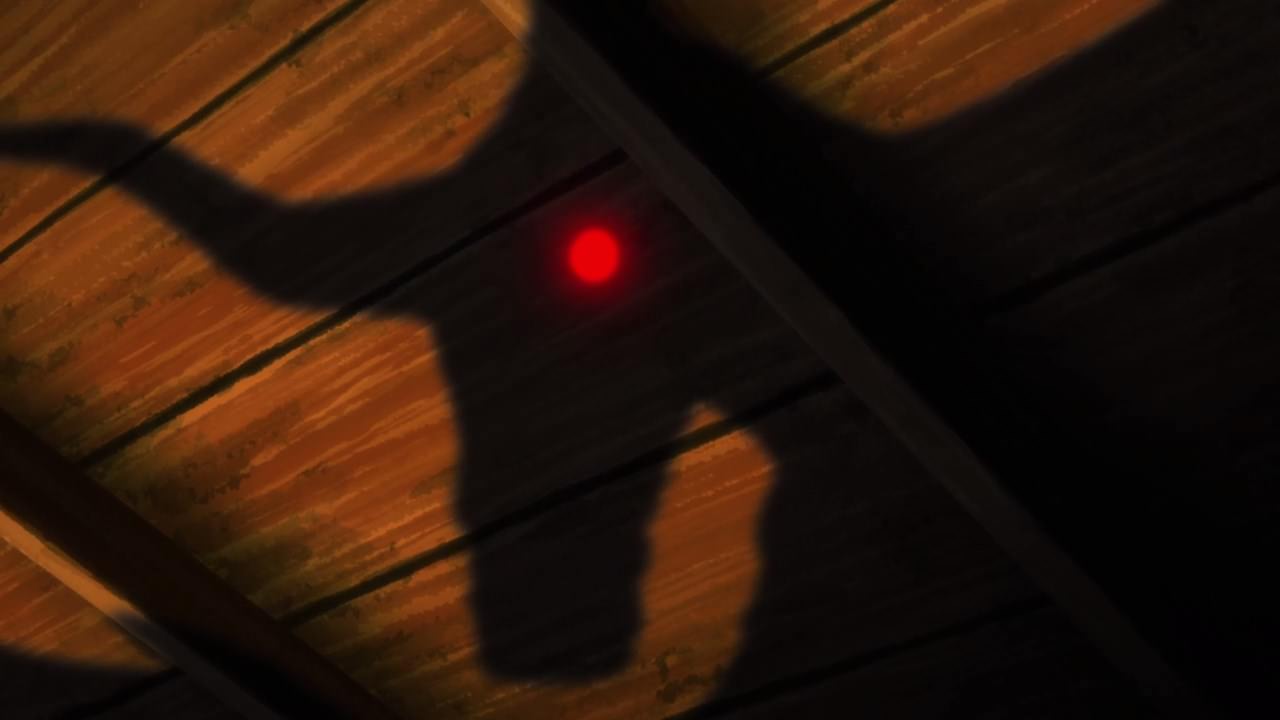 Anyways, the girl saw a menacing shadow from Lindel, resembling the Thorn Mage.

Well, Elias should have stayed away from Lindel’s shadow or he might be branded as a demon. 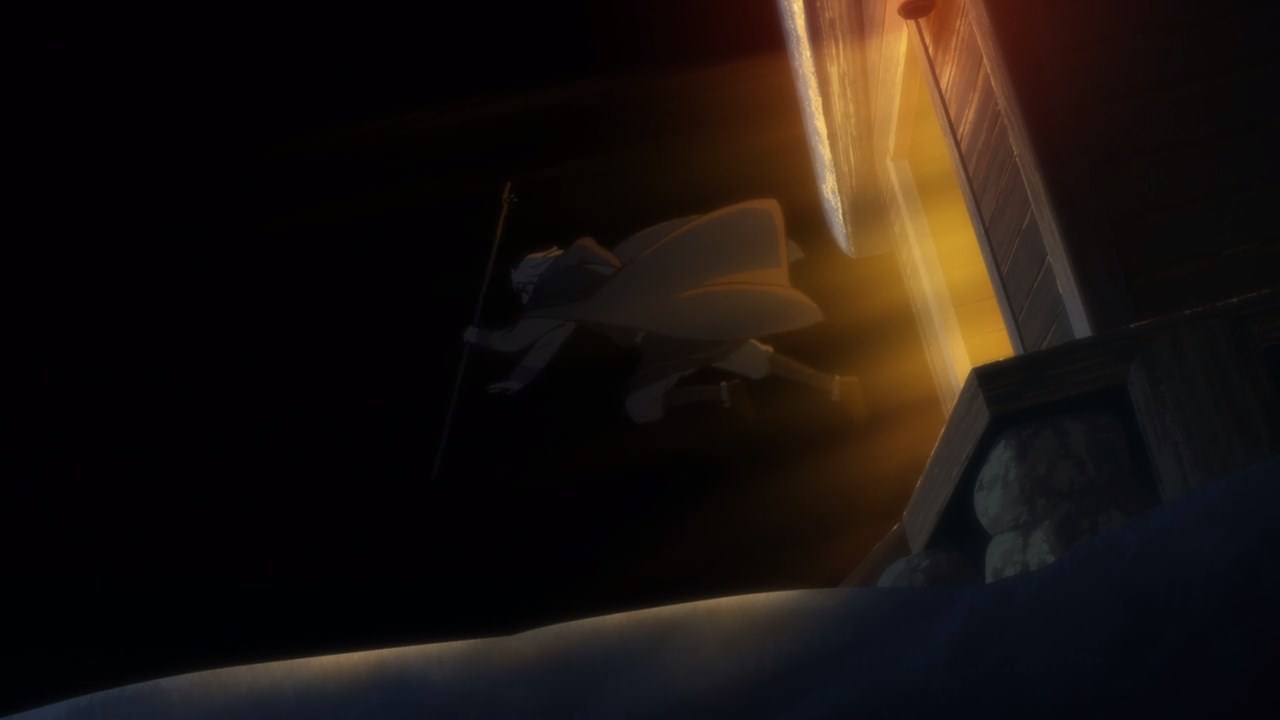 And so, both Lindel and Elias ran away because they’re being exposed as evil beings even though both of them are doing good things, unlike Joseph/Cartaphilus who experiments humans for fun. 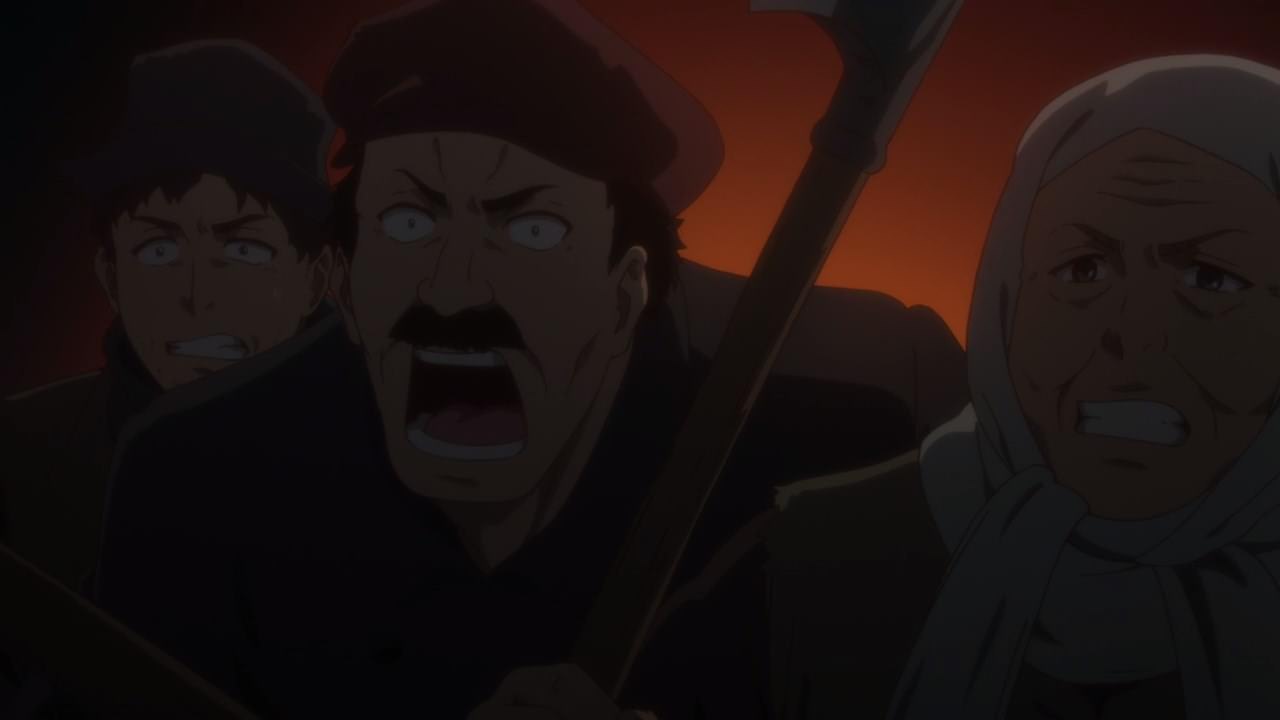 And here’s the angry mob in which they’re chasing them until they’re dead. After all, witches are being executed for being heretics since the middle ages. 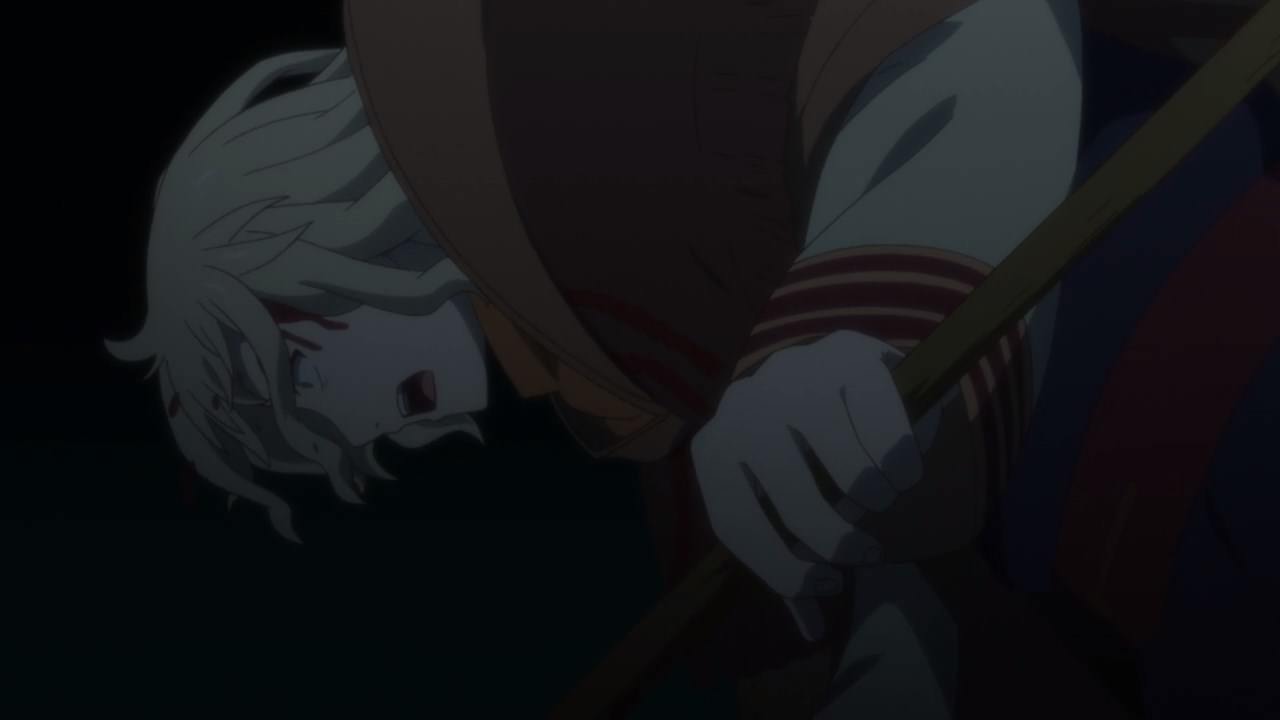 Anyways, looks like the angry mob throw some stones at Lindel and got hit in the head.

While he’s still standing though, Elias won’t like Master Lindel getting hurt… 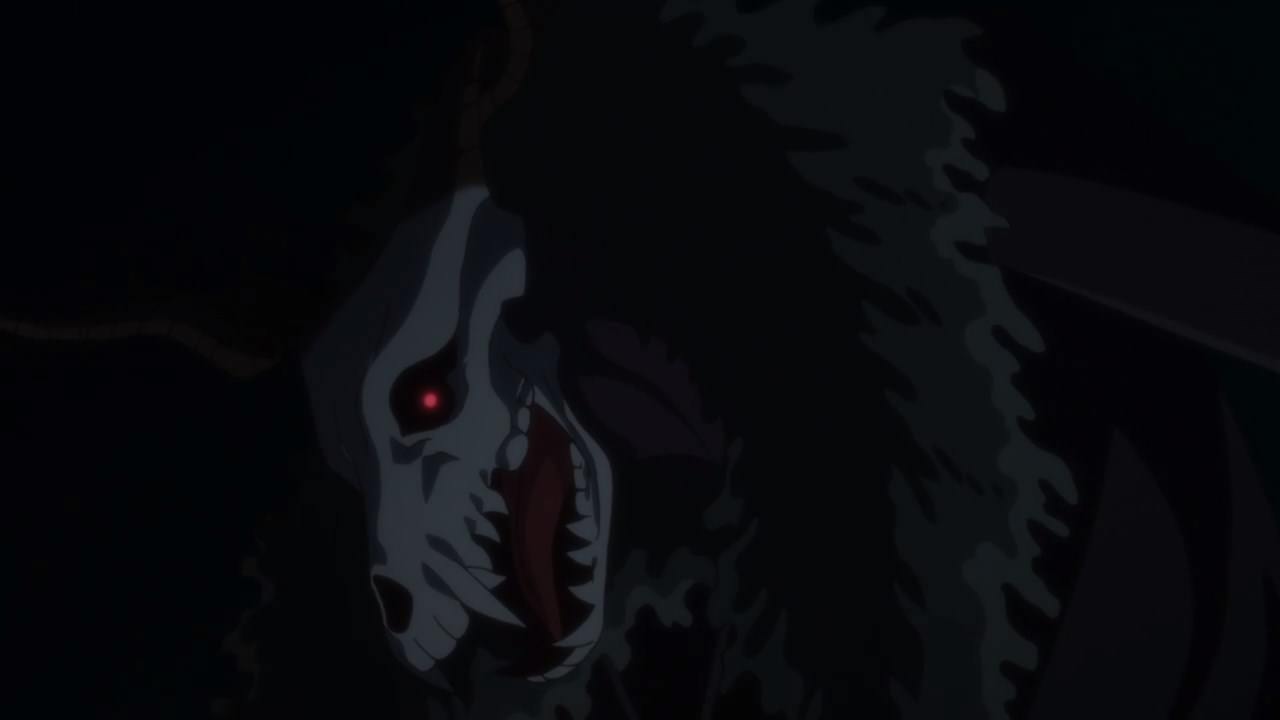 …as he transforms into his hideous form and the Thorn Mage is about to eat people. This ain’t good to watch! 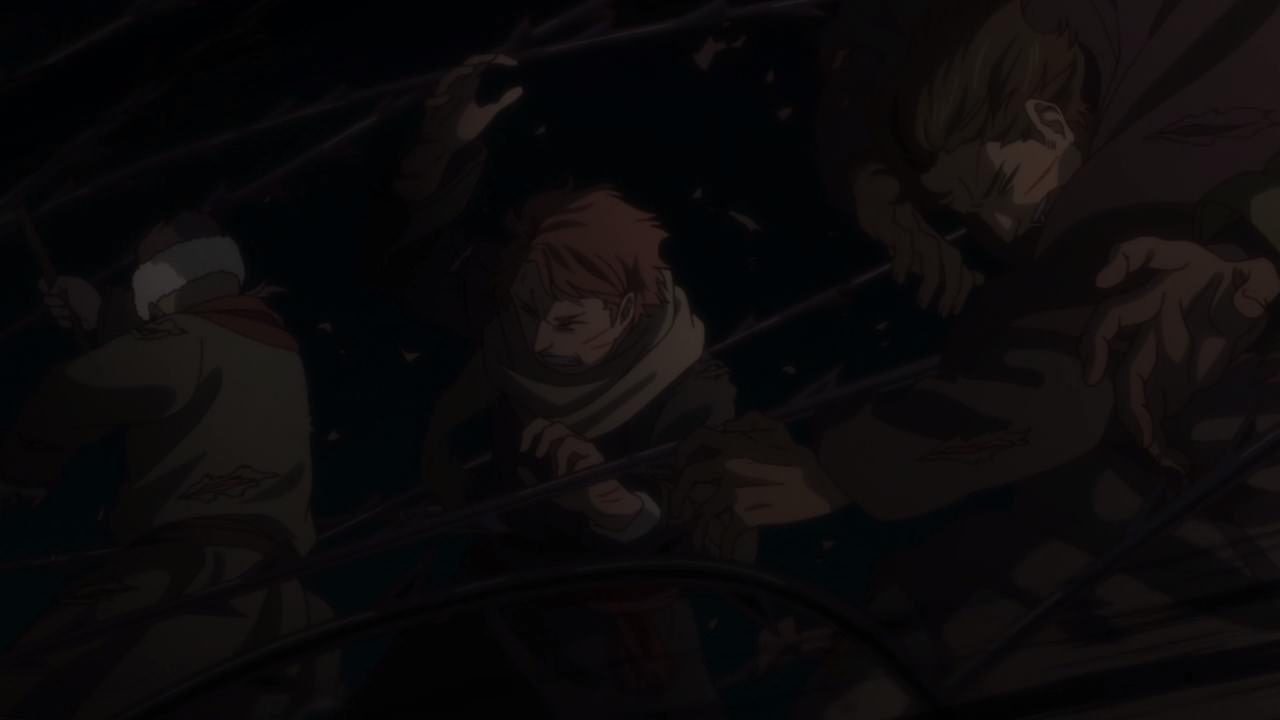 However, Elias summoned thorns to pacify the angry mob instead. While some of them might die from Elias’ retaliation, it’s a horrible sight to behold.

In the end, Lindel and Elias survived but the Thorn Mage’s retaliation against normal humans would haunt him for the rest of his life. Of course, Elias would repent his sins by helping people in his later years. 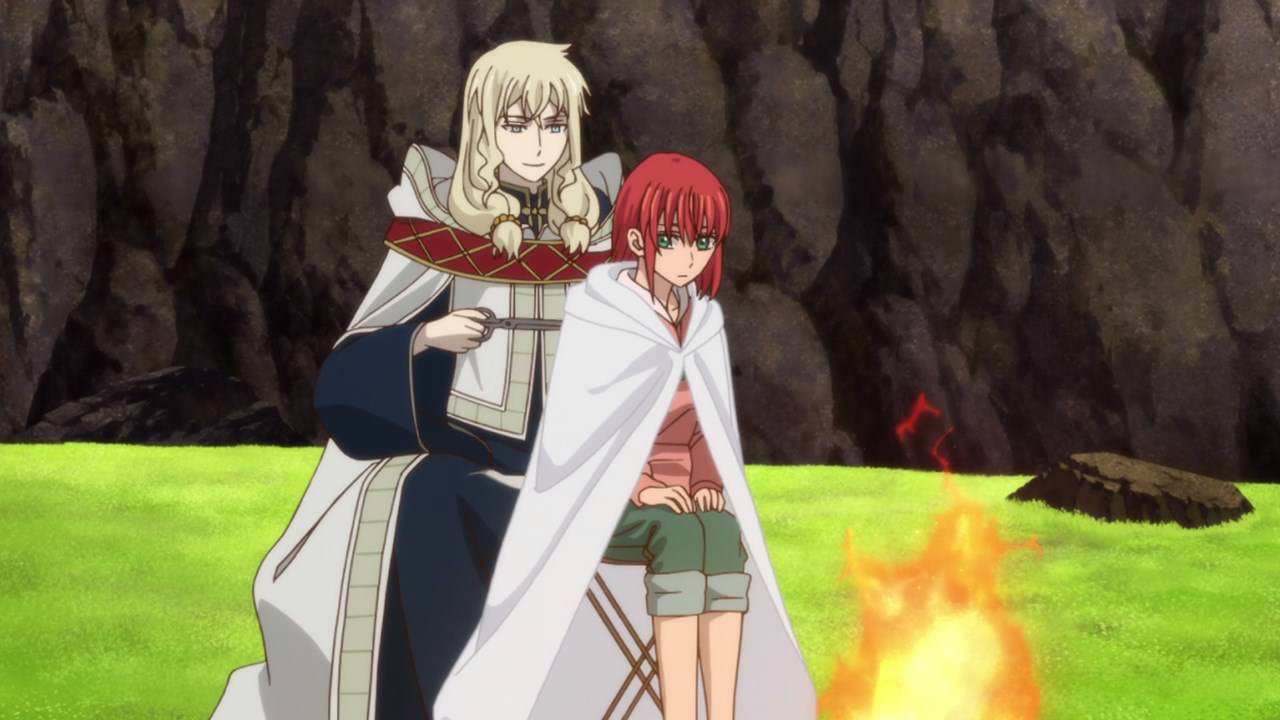 Now then, let’s go back to the present as Chise Hatori prepares to make her own wand.

But before she makes her own wand, Chise’s hair needs to be cut by Lindel as it contains magic. In Chise Hatori’s case, her red hair symbolizes earth. 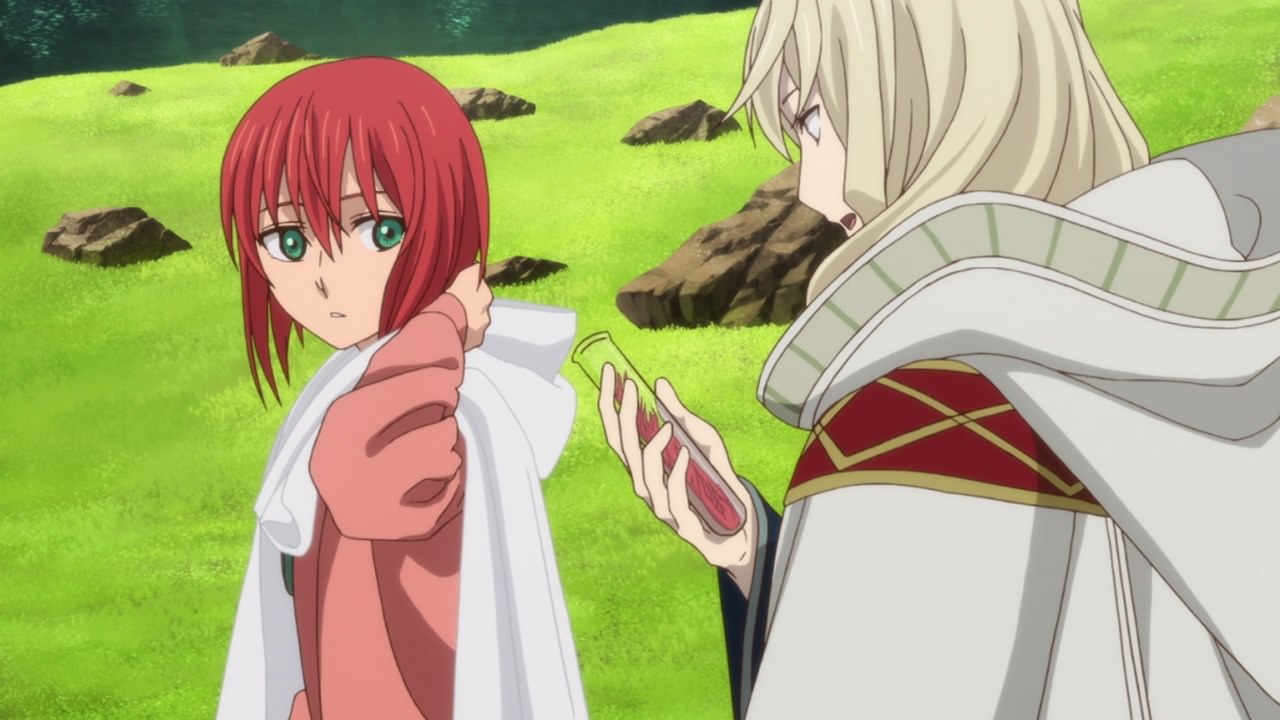 After her hair is being cut by Lindel, he told Chise that she must pick a wood and carve into a stick by herself.

C’mon, it’s required for aspiring magicians to make their own wands by themselves as it shows their unique personality. 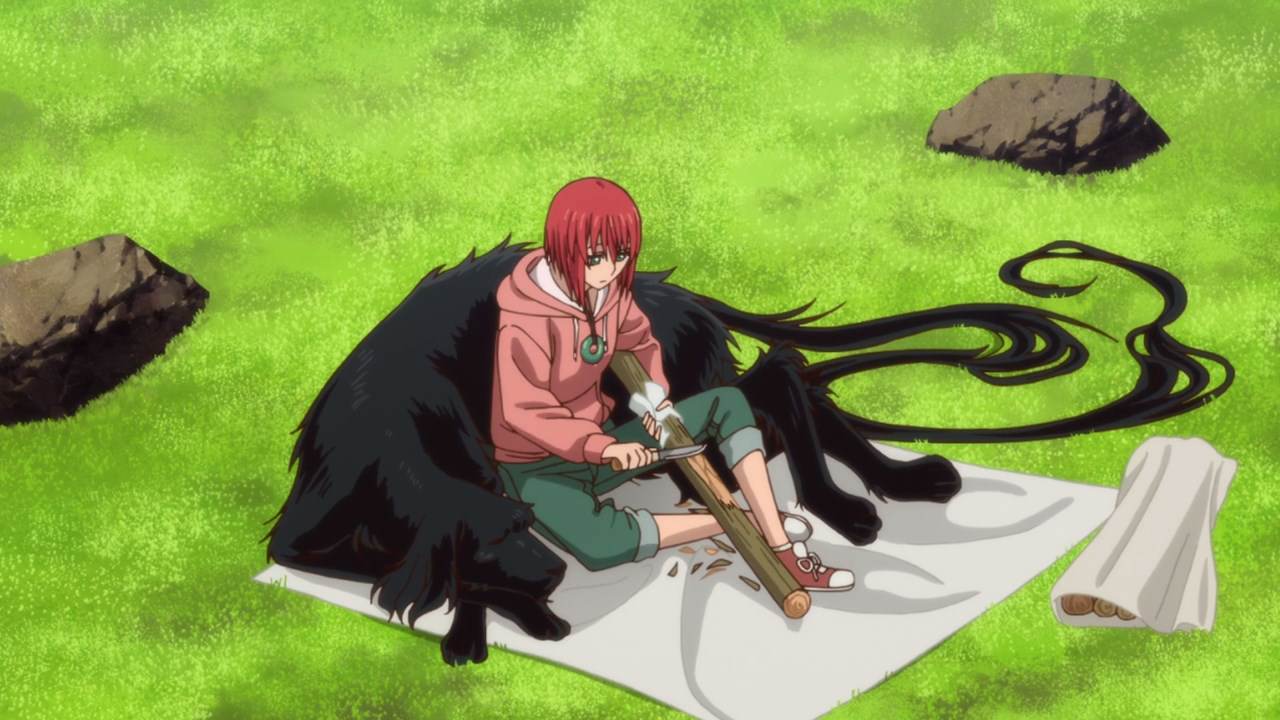 Anyways, Chise Hatori poured her time to carve a log of wood and turn into a wand of her own design. Not sure what kind of wood that she use, but I’m hoping that Chise’s effort would pay off! 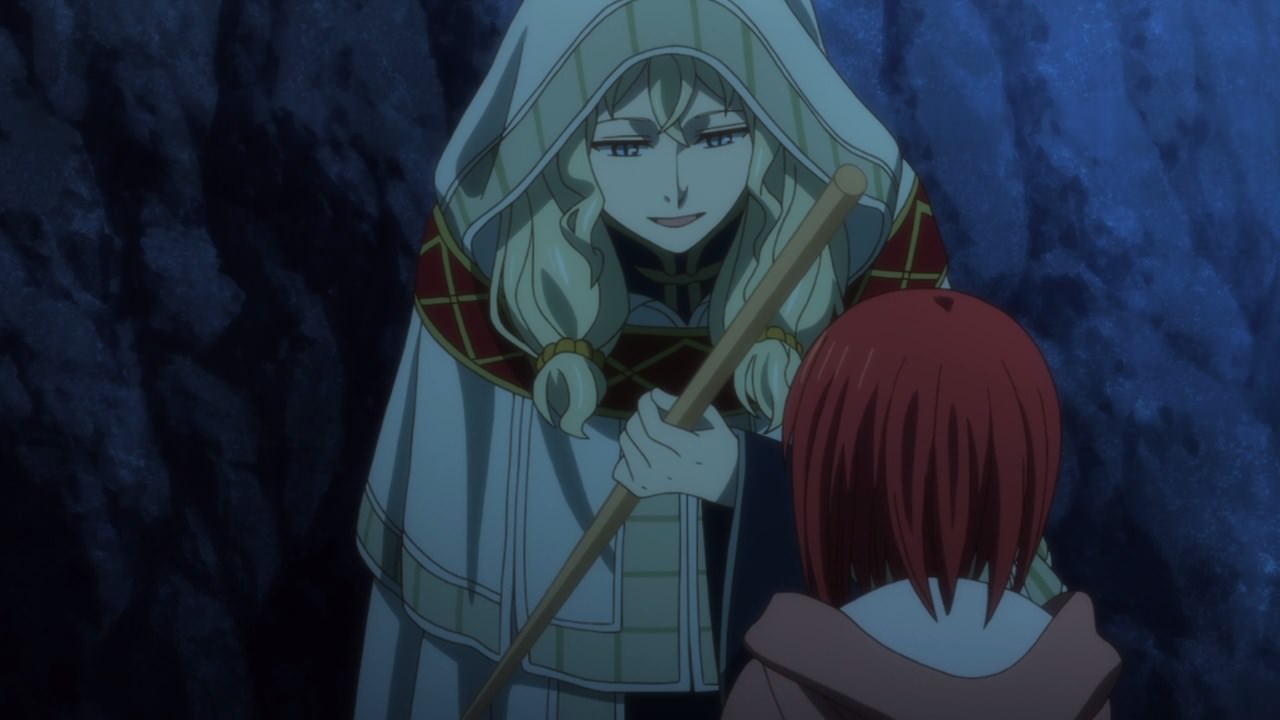 Heck, even Lindel is surprised that Chise dedicated her time to refine the wand’s shape. With that said, Lindel wants to show something special to Chise. 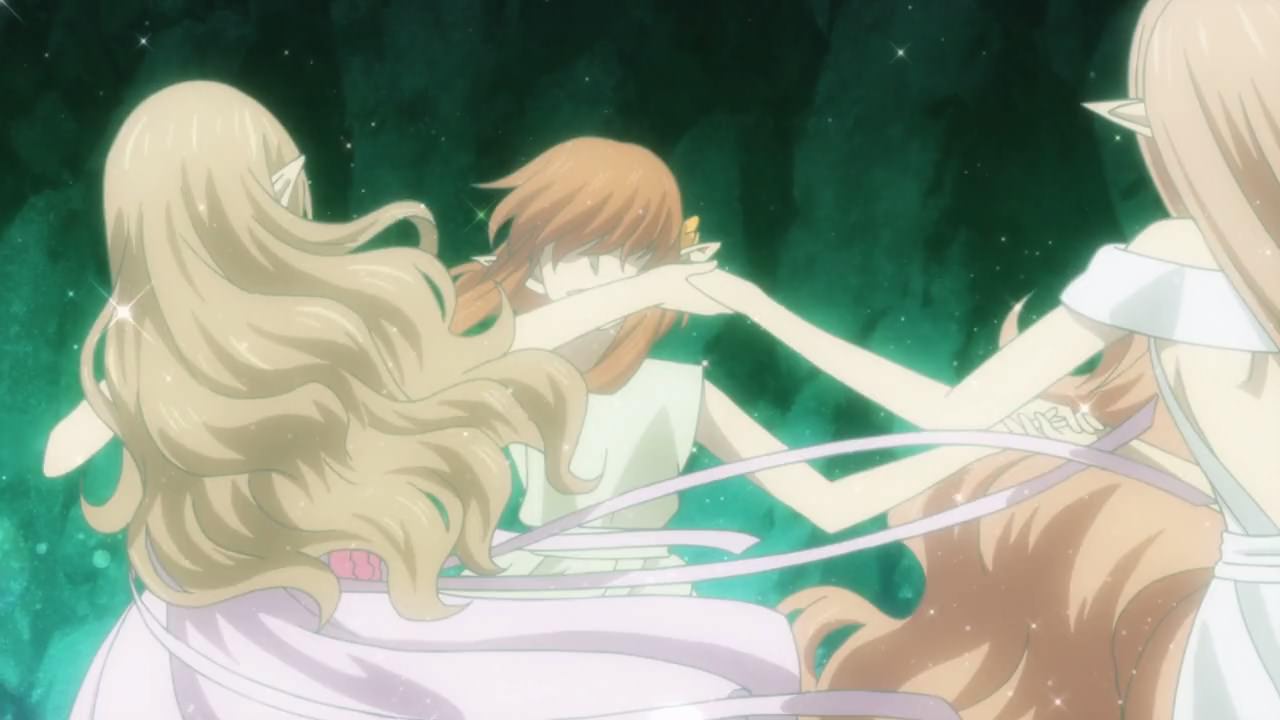 As you can see, it’s a spectacle where fairies danced in the moon light while Lindel sings its majestic praises. It’s a great way to close the evening after a long day’s work.

One last thing, here’s Elias Ainsworth as he communicates Chise Hatori through the water mirror. I have to say that Elias is worrywart towards Chise and her well-being that the Thorn Mage is very lonely without his bride.

In any case, I’m hoping that in the next episode, Chise Hatori has finished making her own magic wand.