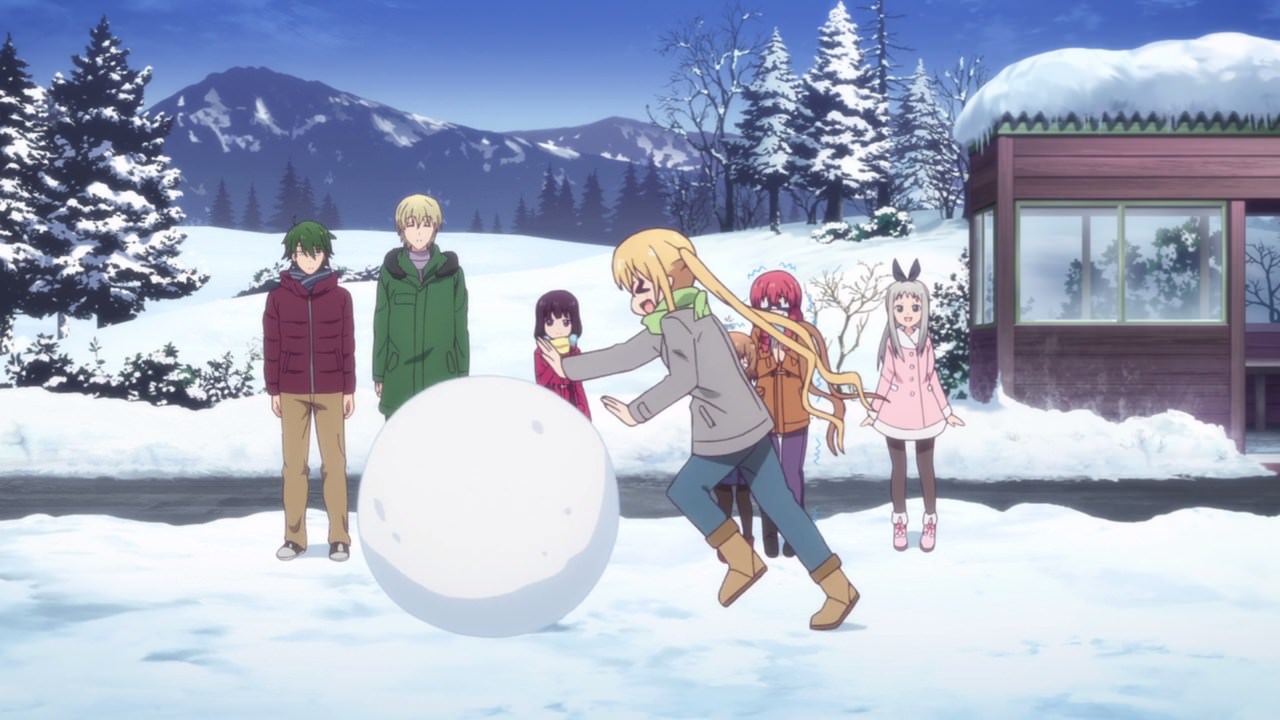 Hey everyone, time for the finale of Blend S as the staff of Café Stile are on vacation at a ski resort. Everyone is excited, especially for Kaho Hinata who wants to play in the snow all day… without gloves!

Of course, let’s not forget that it’s Dino’s last chance to confess towards Maika Sakuranomiya where he blew it up last time. Will he succeed? We’ll find that out… 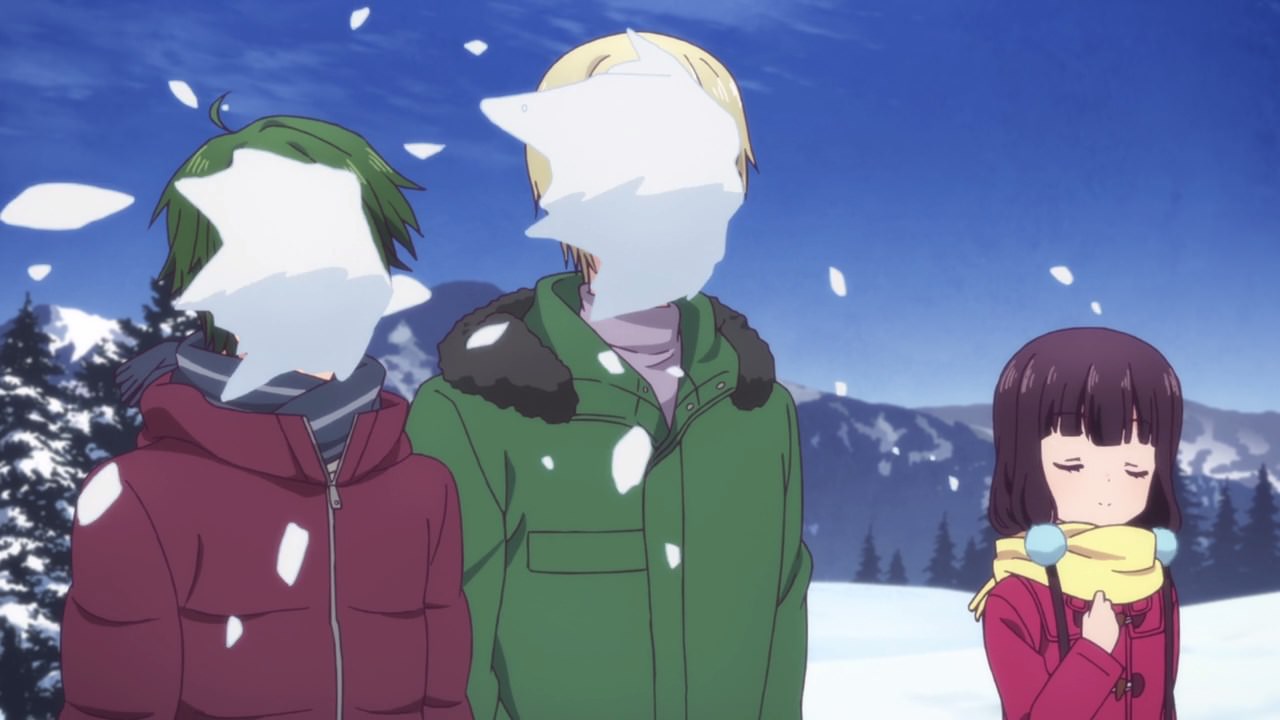 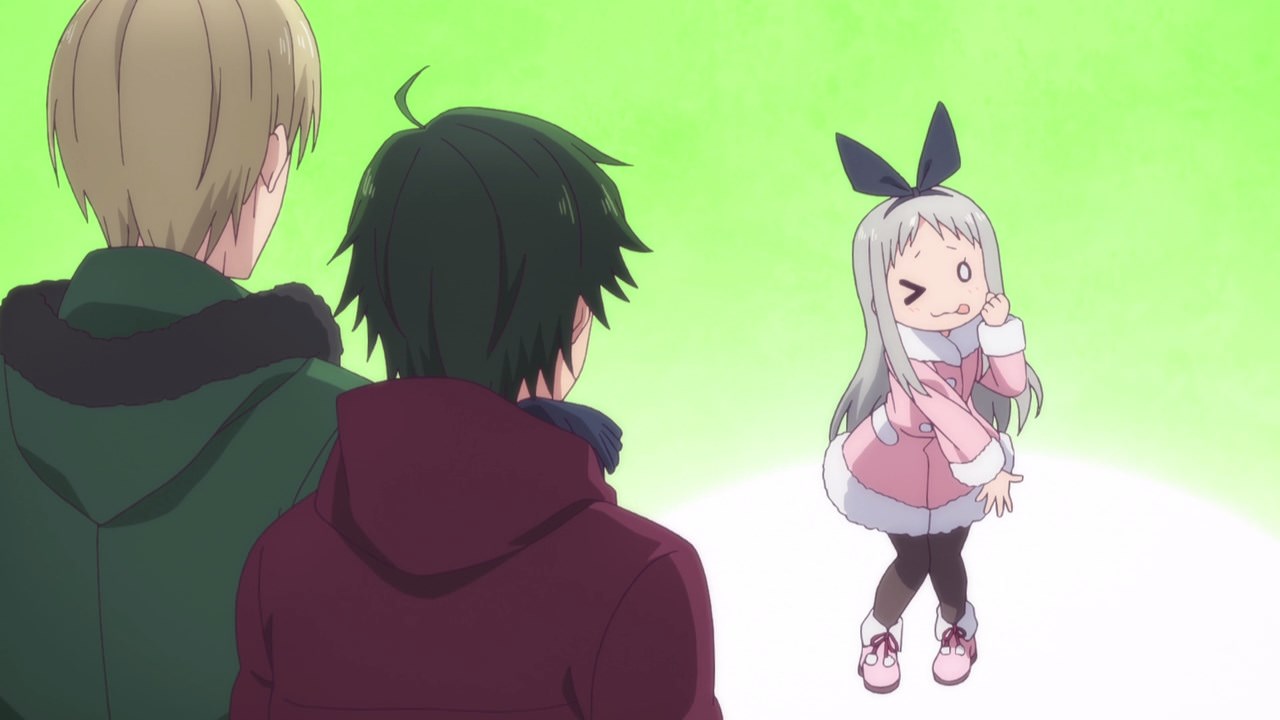 Well, this means war for both Dino and Kouyou Akizuki, mostly with Akizuki as he’s very angry towards Kanzaki all the time! 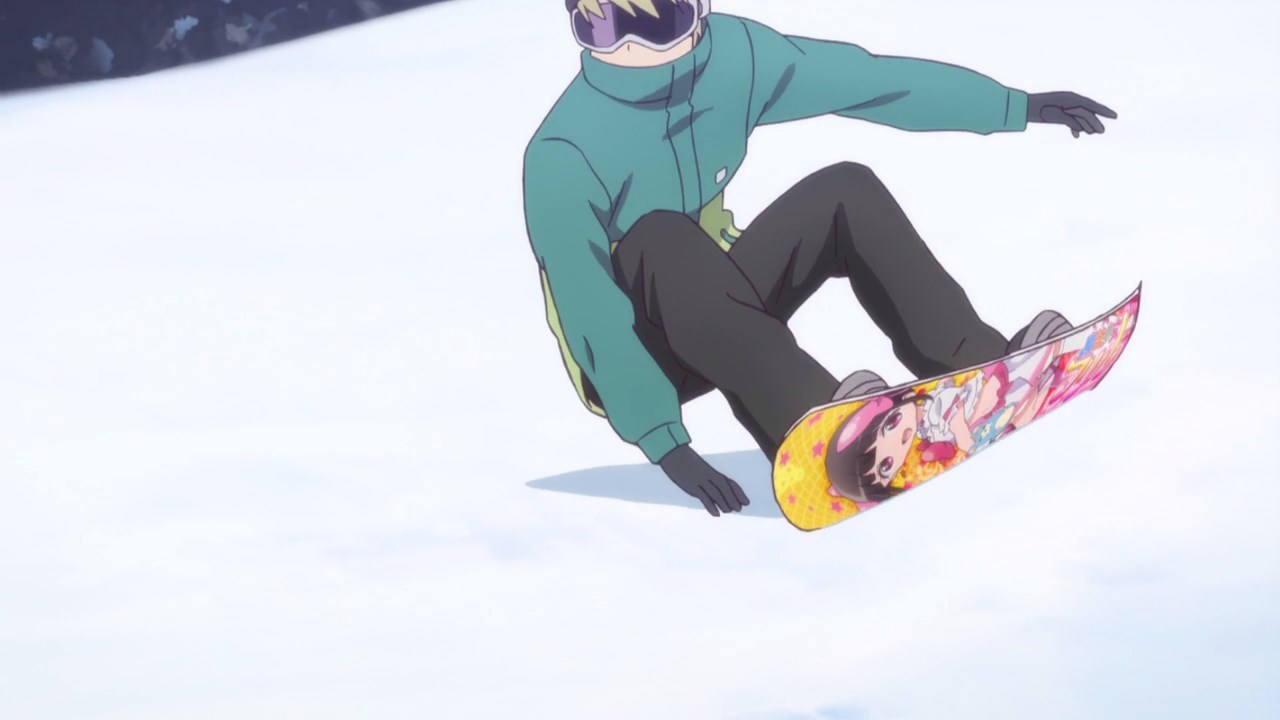 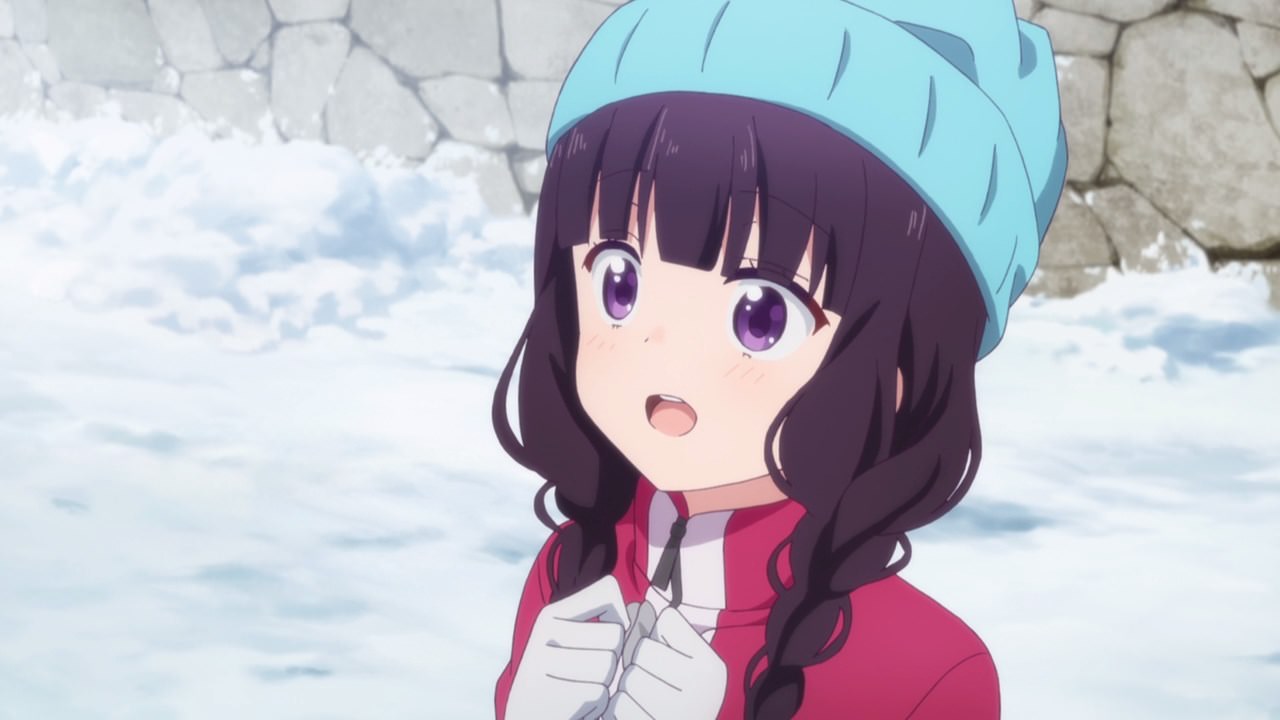 But let’s move onto the next scene where Dino does snowboarding to impress Maika-chan. Well, seems that Sakuranomiya recognize him by his ita-board. 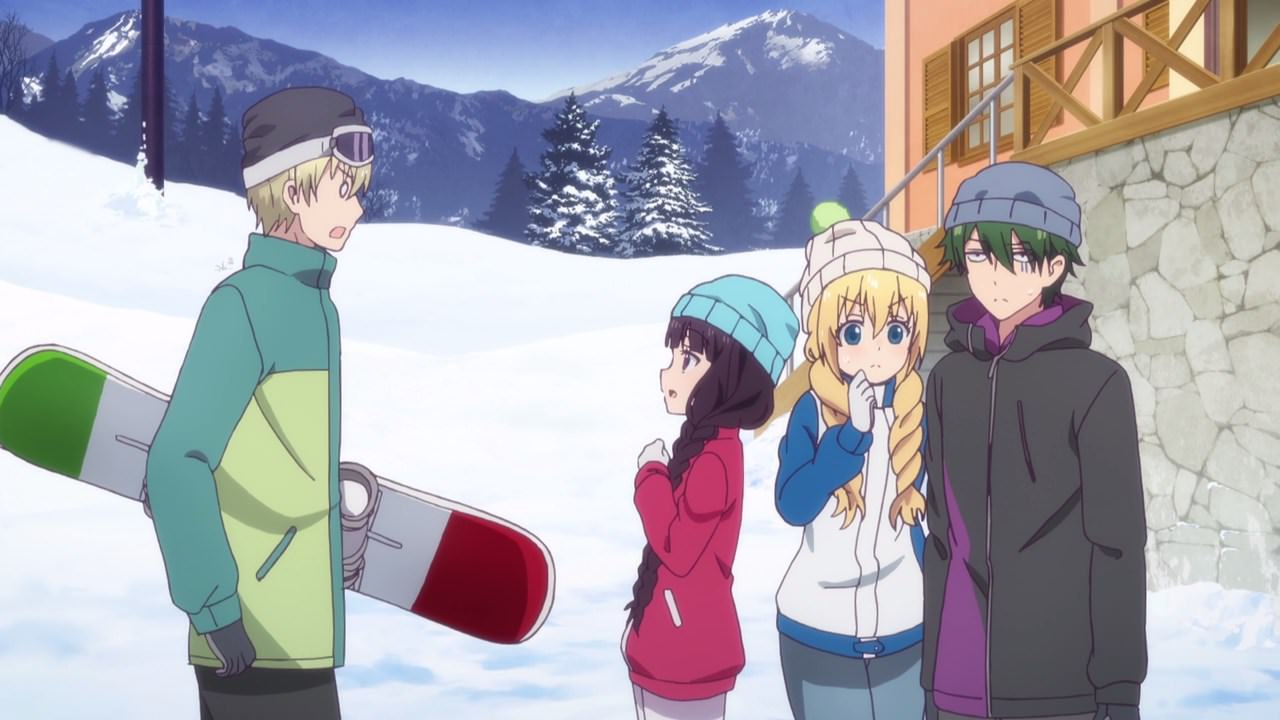 Then again, both Hinata and Akizuki didn’t recognize him until Dino takes off his goggles.

Anyways, Dino is here to teach Maika on how to do snowboarding. Oh yeah, he’s not the one who knows how to snowboard… 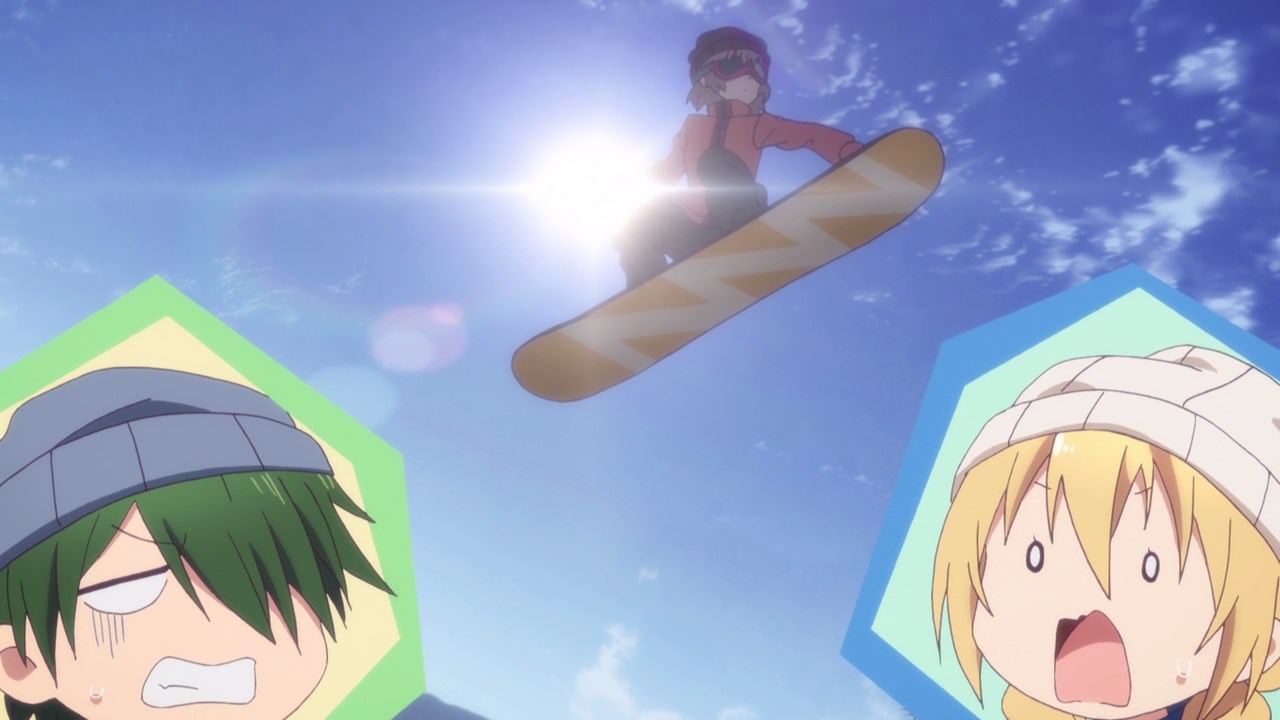 There’s also Mafuyu Hoshikawa as she’s gonna show Dino that she can do it too despite her petite stature.

And seriously, Mafuyu is so cool that Kouyou and Kaho-chan wants her to teach them!

After some snowboarding tutorials, time to hit the hot springs as the girls relax and enjoy the great snowy outdoors.

Oh, let’s not forget about Miu Amano’s breasts as it’s also big. Then again, I might get kicked by Mafuyu Hoshikawa because she has a flat chest.

Now then, let’s move onto the boys shall we?

Oh, seems that Dino wants to confess to Maika-chan tonight, something that Kouyou Akizuki felt it impossible to do. Hmm, I wonder what happened to Hideri Kanzaki? 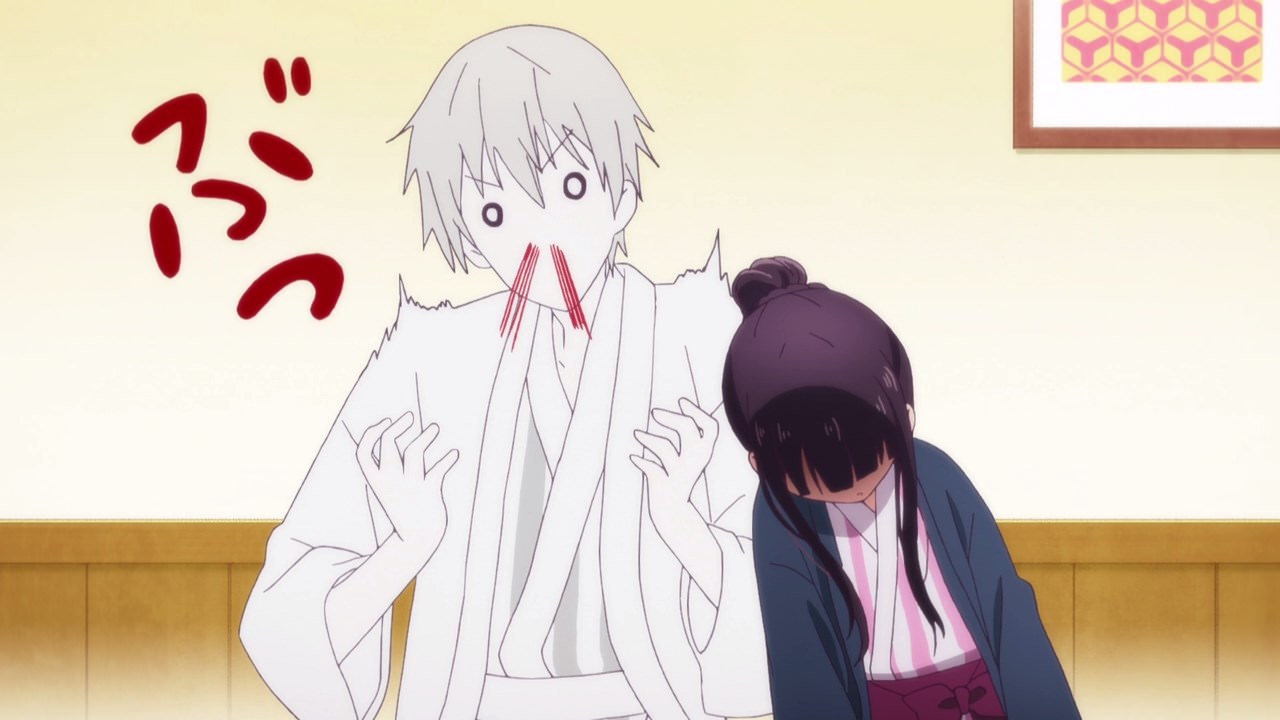 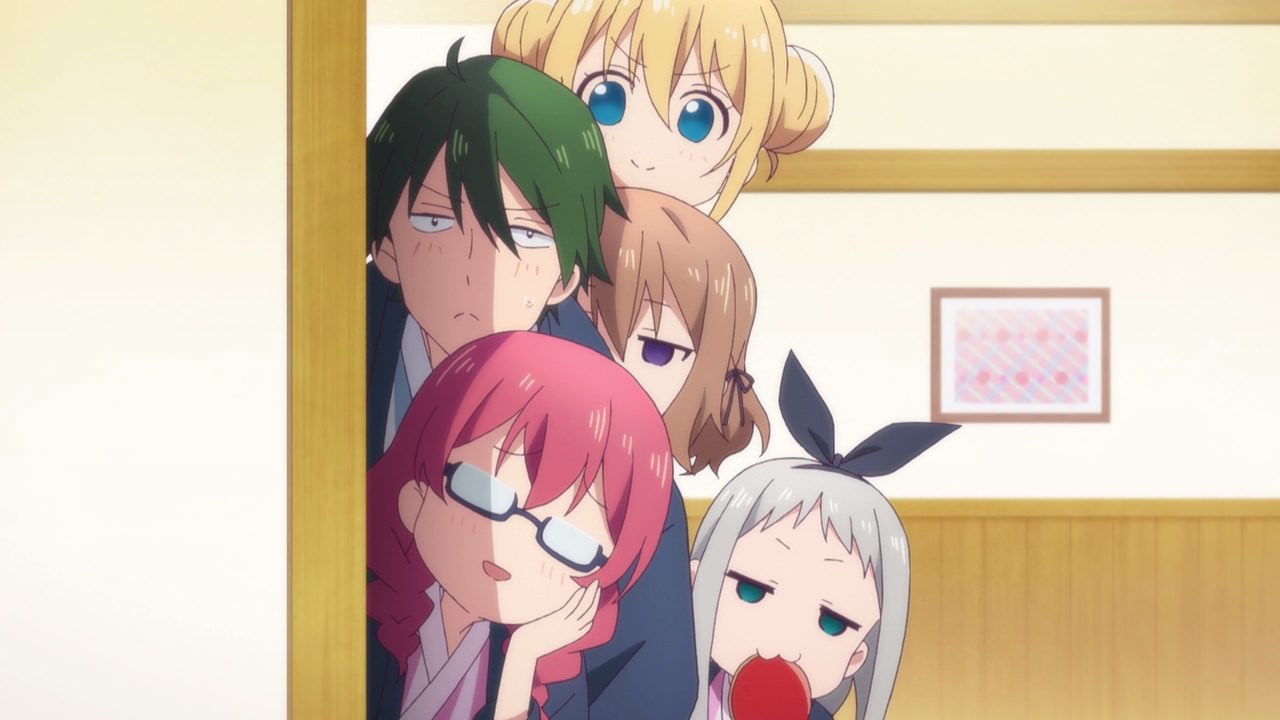 Anyways, time for the main event where Dino and Maika-chan are alone, all while the rest of Café Stile watched it from the corner.

Now then, Dino has finally confessed to Maika-chan that he loves her, but there’s one problem though as Sakuranomiya got tired and fell asleep. Well, that was a bad timing there for the manager! 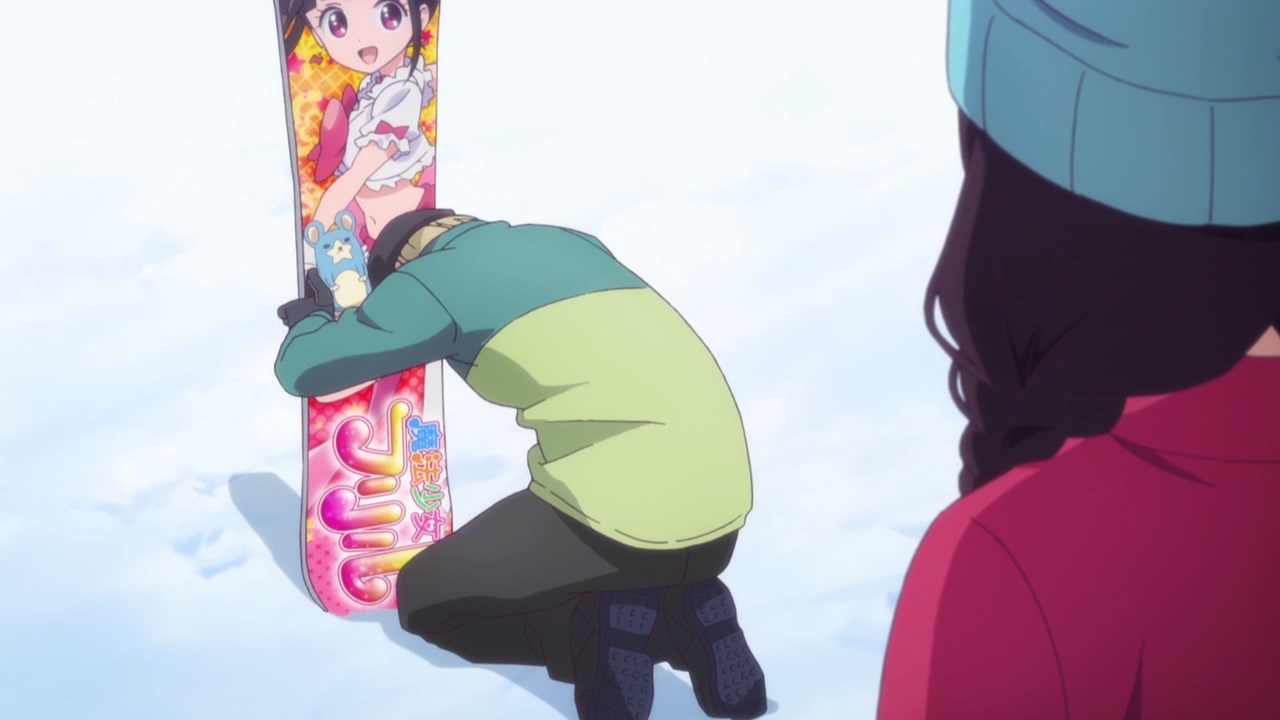 And so he got depressed that Dino slammed his face onto the ita-board. Poor Dino…

But wait, seem that Maika Sakuranomiya wants to tell something to Dino about a strange dream, which he says “I love you!” to her. 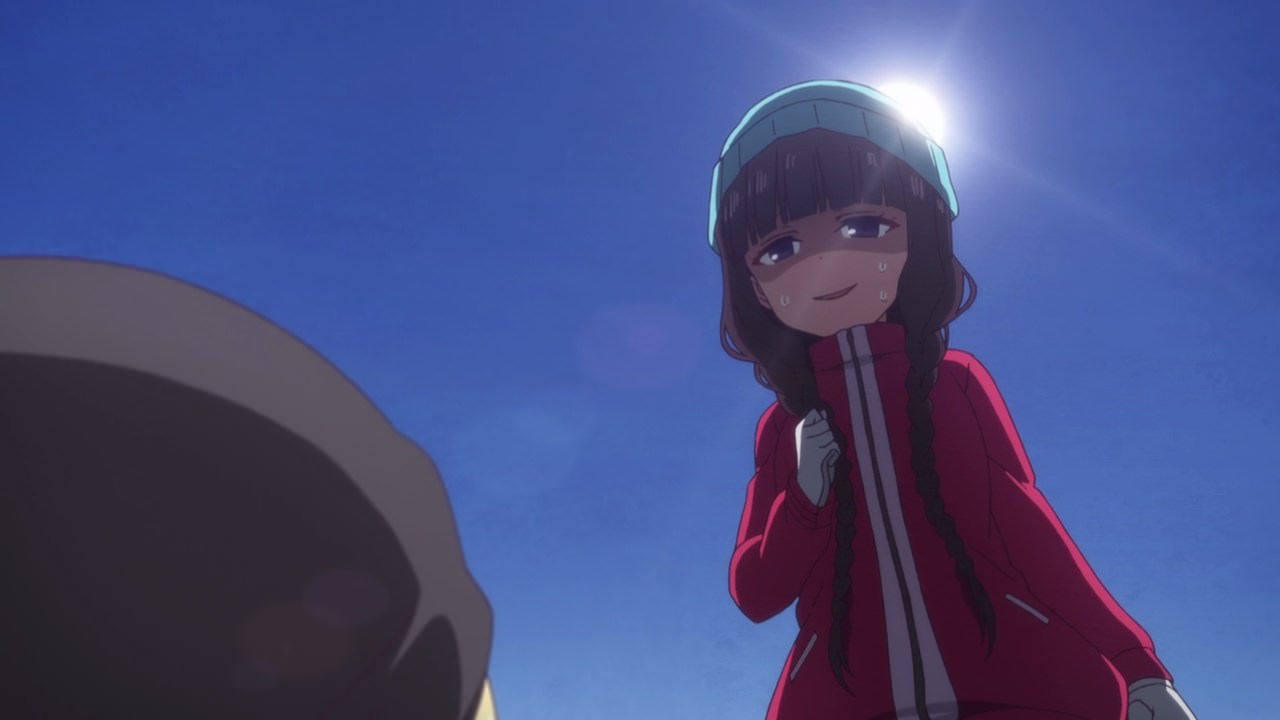 So, Maika told Dino that she loves him… and everybody from Café Stile with a sadistic smile on her face.

Well everyone, seems that the status quo will remain at the end of Blend S and man, Dino blew it up in the most anti-climatic way possible! 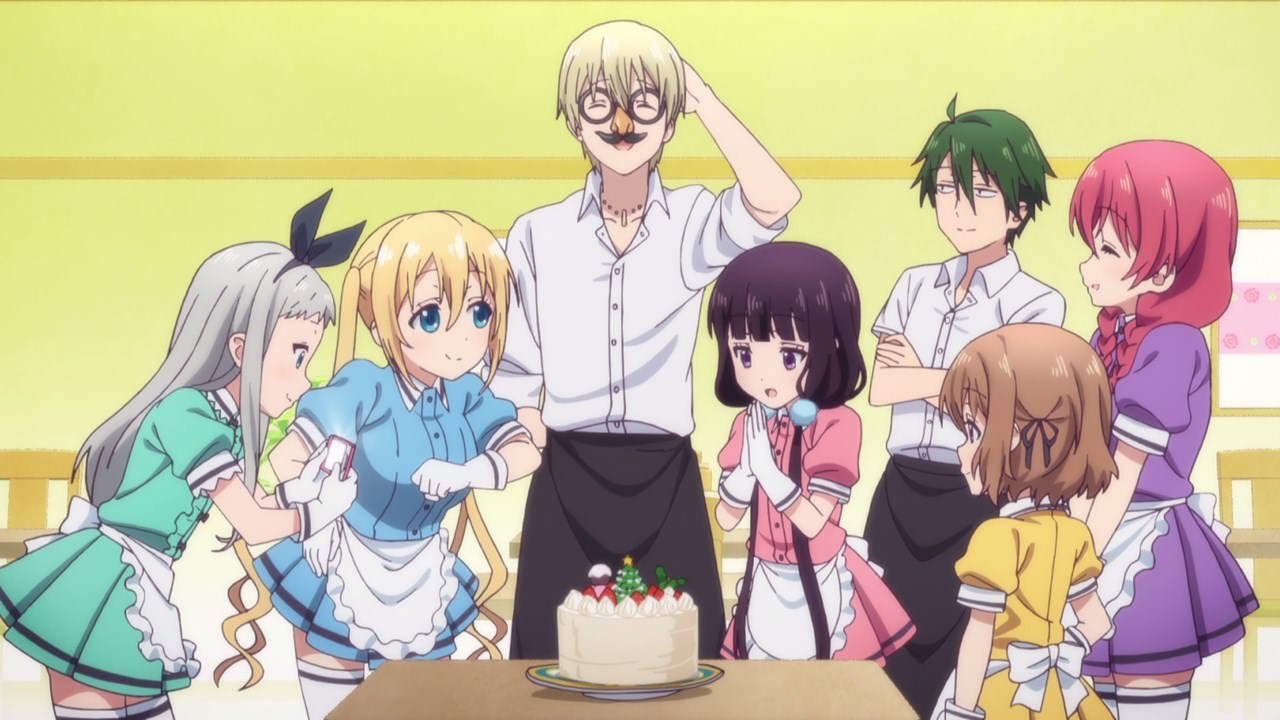 But anyways, it’s been a wonderful ride for Maika Sakuranomiya and the rest of Café Stile. We got some great moments from the show, especially when it comes to Maika’s sadism. On the other hand, I feel that I wanna see more from Miu Amano and even Hideri Kanzaki, as well as some relationship development between Maika and Dino in which they remained friends for now.

With that said, it’s a good Manga Time Kirara-based series to watch when you want to get a laugh of it. Even though there won’t be another one in the near future, I’d say kudos to A-1 Pictures for this adaptation! And now, I’ll take my leave for one of the unique maid cafe in Akihabara!