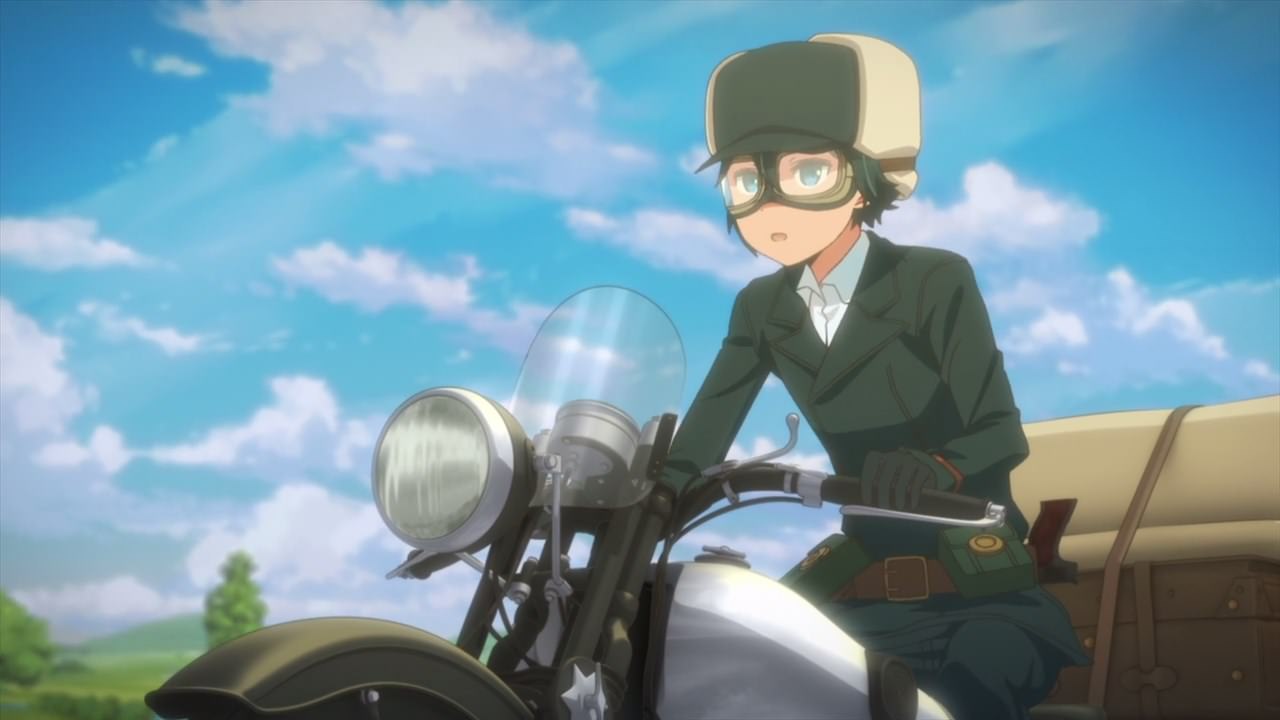 And here it is, the final episode of Kino’s Journey where Kino and Hermes are travelling as usual. Nothing fancy going on here. 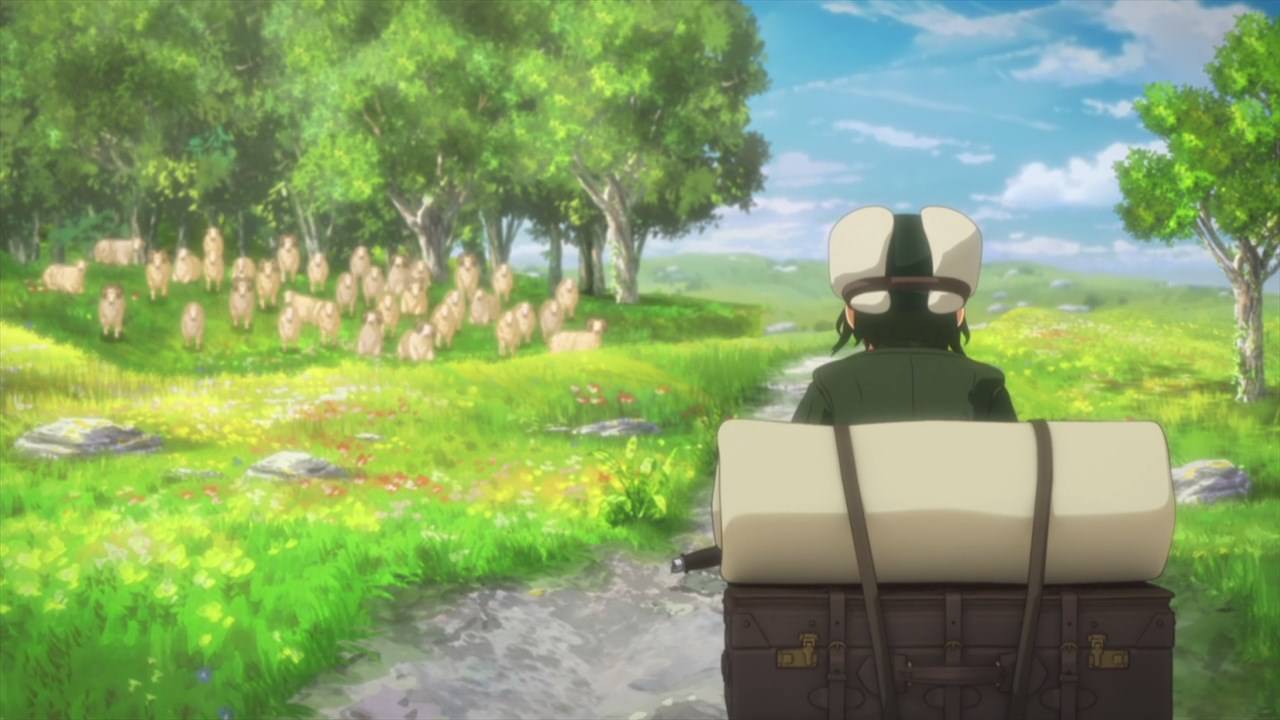 Heck, there’s nothing weird happening on this episode as they pass a flock of sheep. So yeah, it’s gonna be a calm episode! 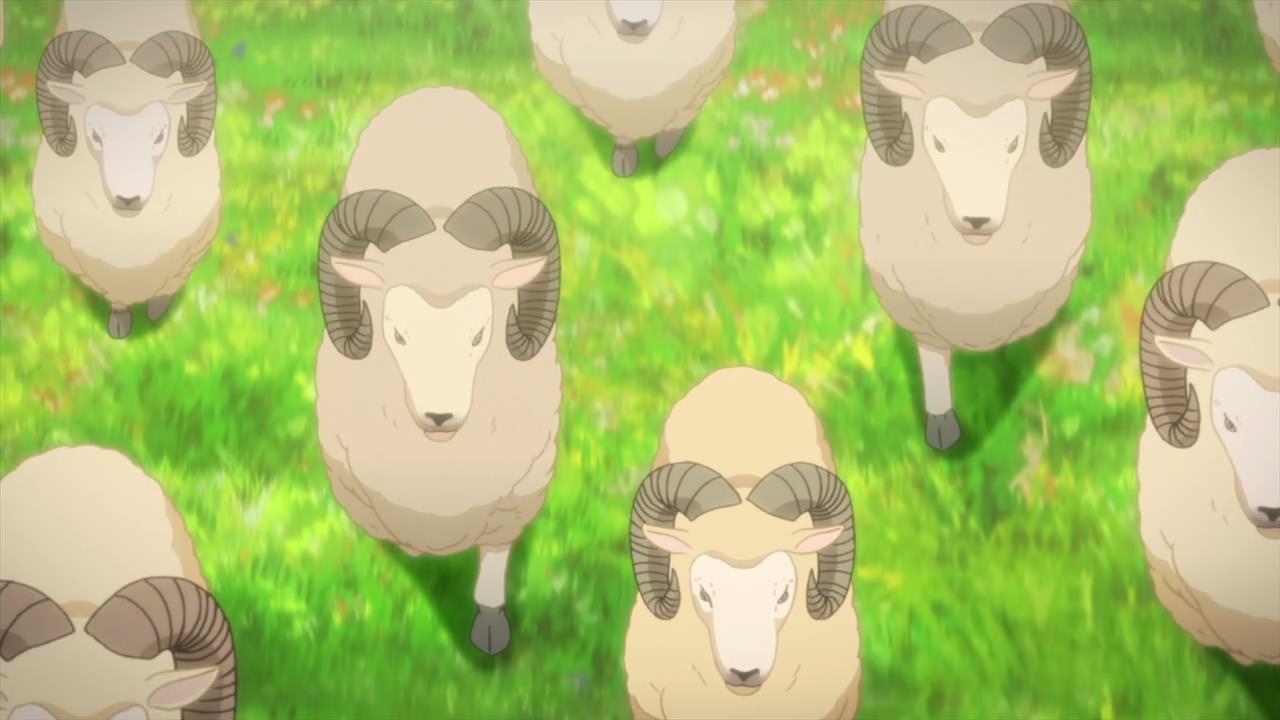 Then again, I take it back as these sheep are starting to take notice on Kino and try to chase her. Hmm, I have a bad feeling about this! 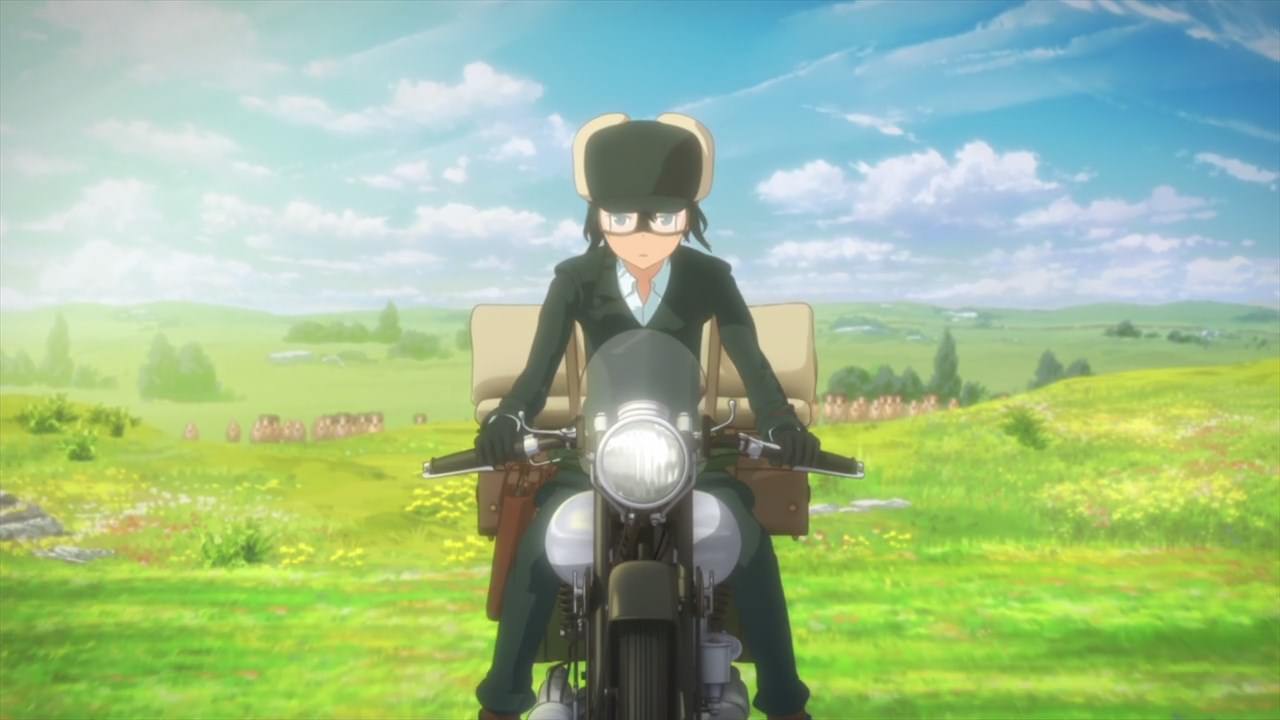 In any case, Kino and Hermes ran away as fast as possible as these angry sheep are gonna ram them until they’re dead. 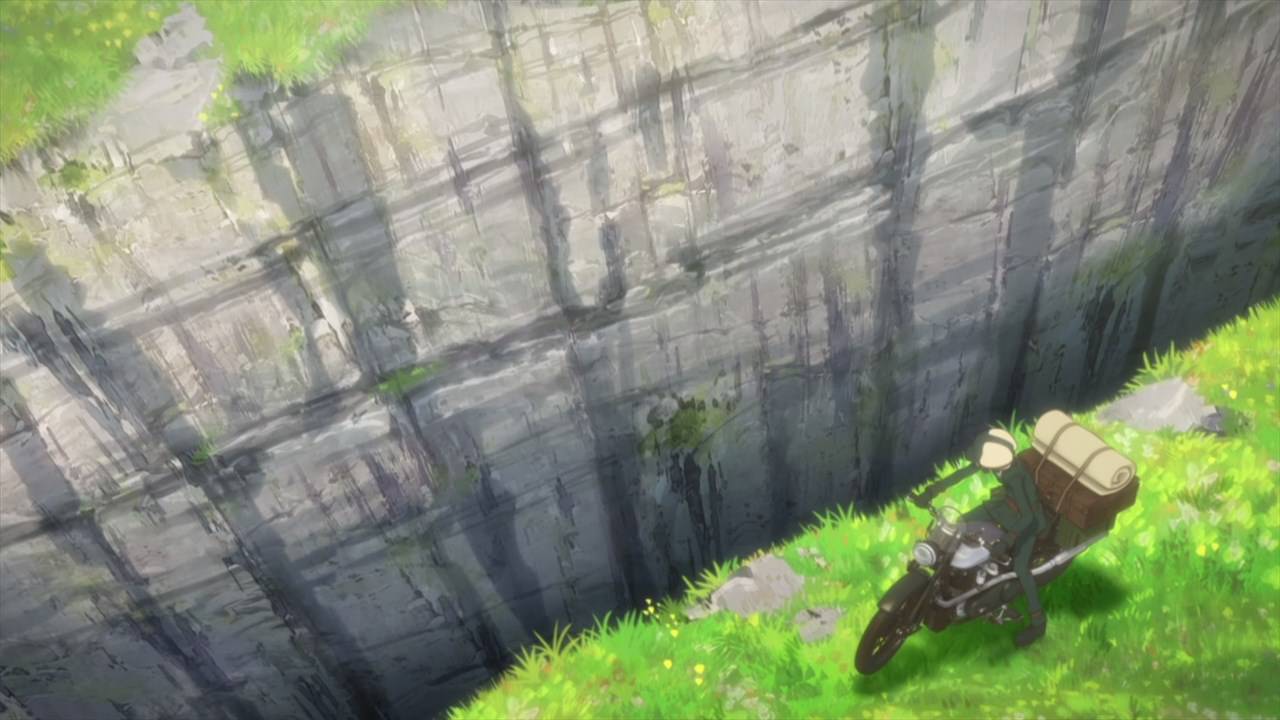 Or worse, pushing them out towards a deep ravine as both Kino hit the brakes. Basically, they’re stuck between a rock and a hard place. 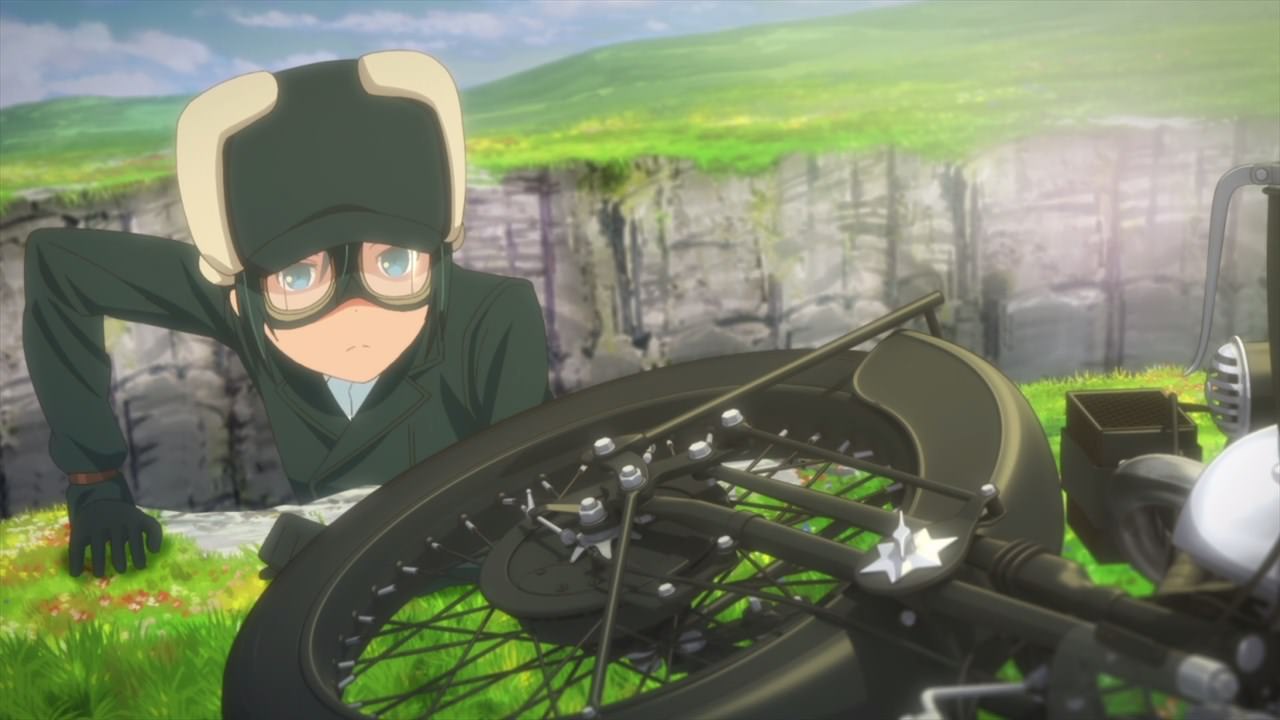 So, Kino has no other choice but to abandon her Motorrad and go down towards the ravine. Of course, she’ll get Hermes back once Kino took out those sheep, but she needs to find a better way instead of using her own resources. 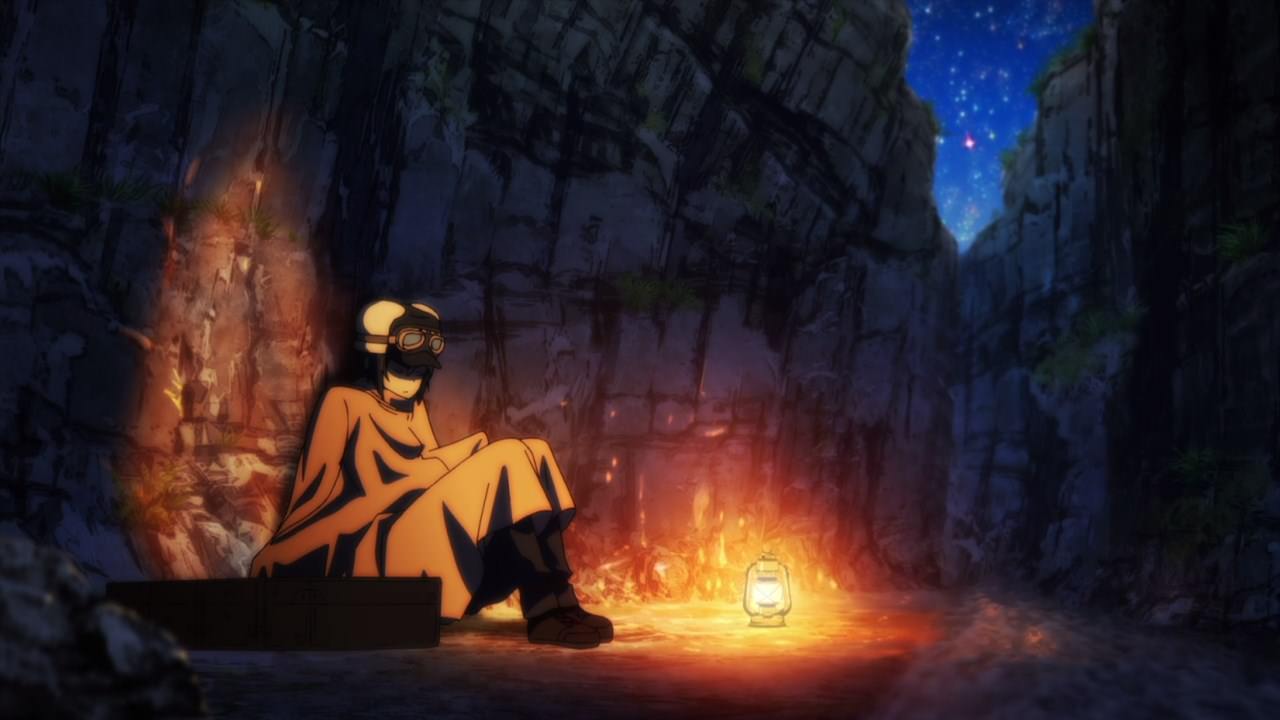 With that said, it’s gonna be a long night without Hermes as Kino sleeps while the sheep are staring down at the traveler.

Of course, the sheep will eventually leave her alone, but Kino will have to get Hermes back and get out of here! 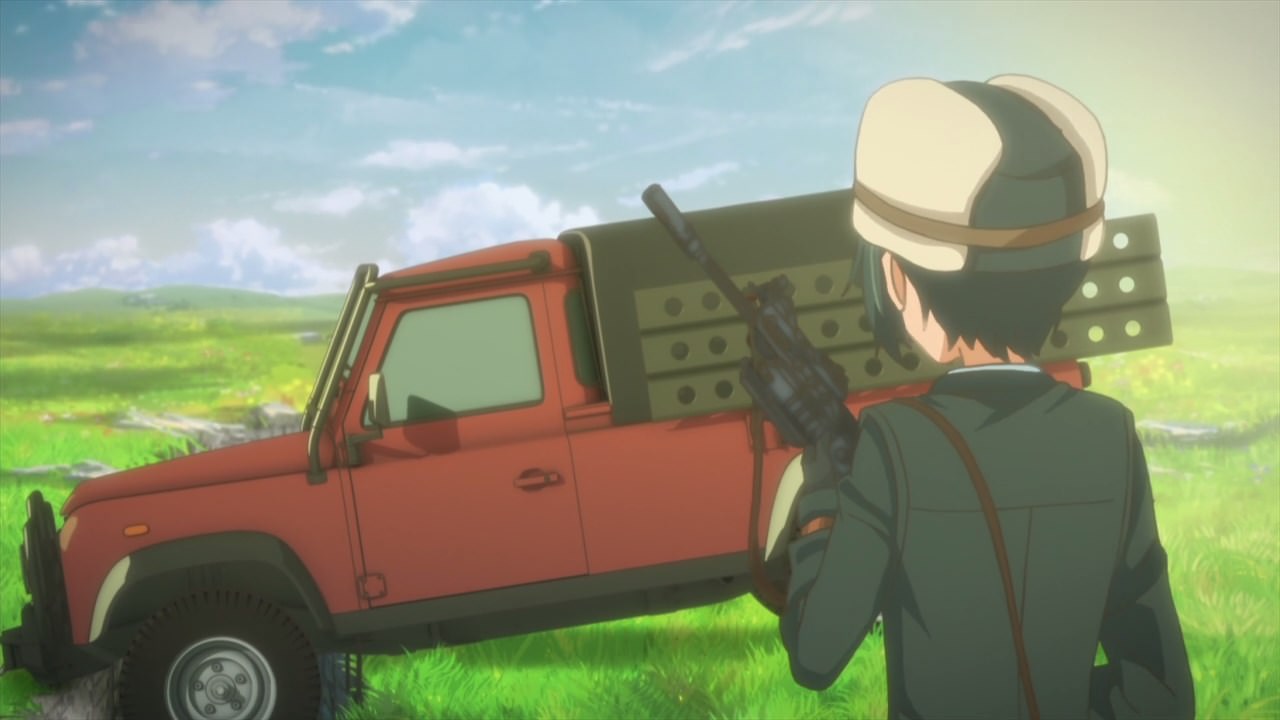 So once the sun rises, Kino went to the other side where she found a truck in which it got stuck in the ravine. 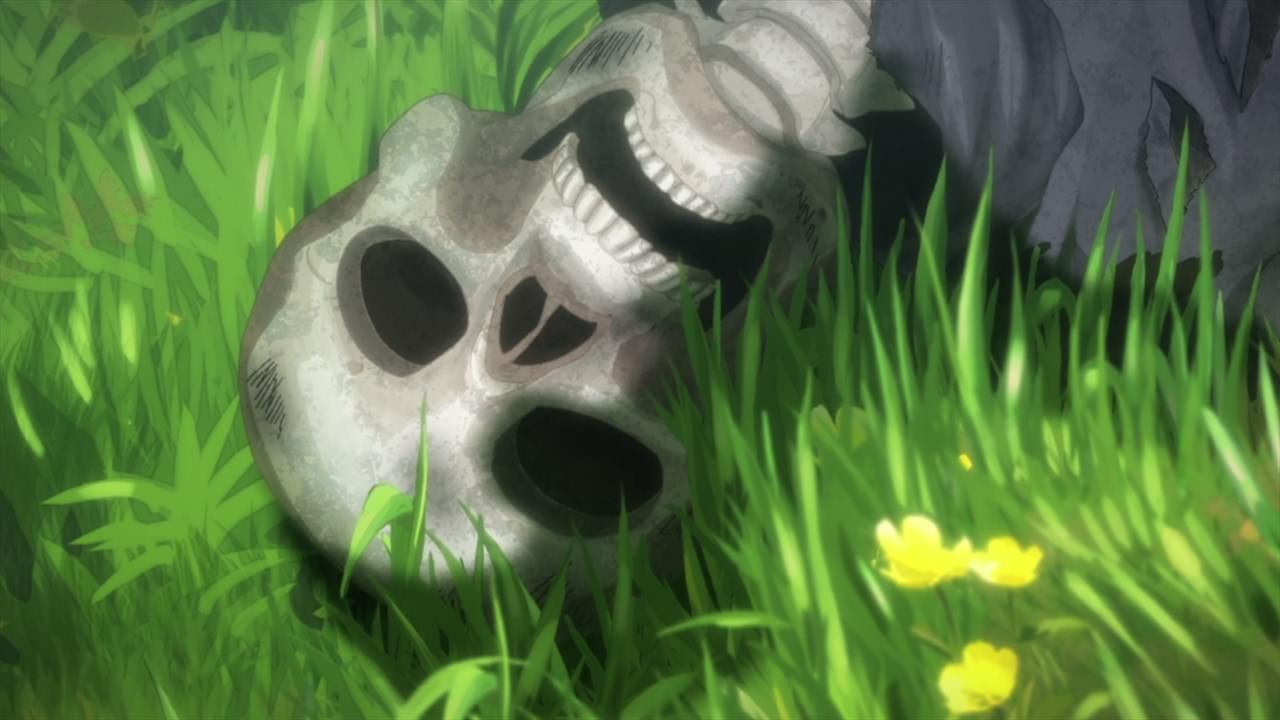 Also, she found a corpse who is now being reduced to a skeleton. Apparently, this supposedly male traveler tried to ran away from the angry sheep on foot, but he got his shin bones broken and stuck there to die from starvation. 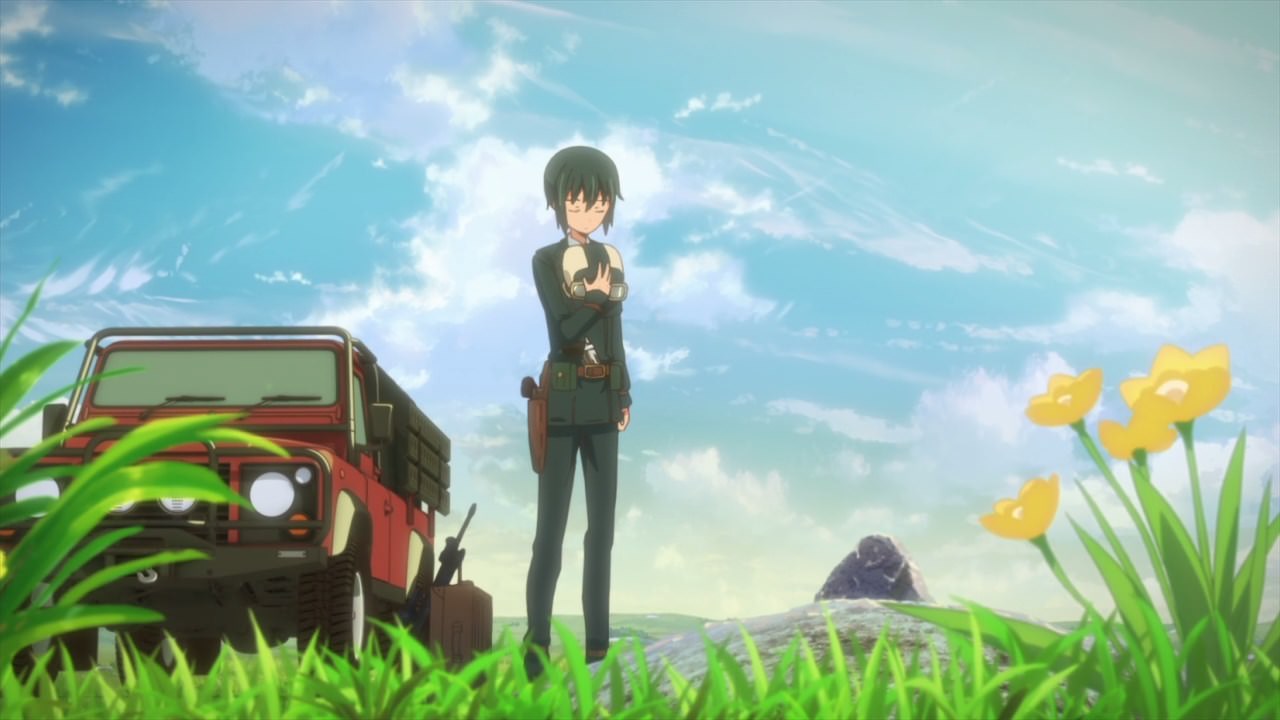 With that said, Kino buried the corpse, took his gun and jeep, and goes back to Hermes… 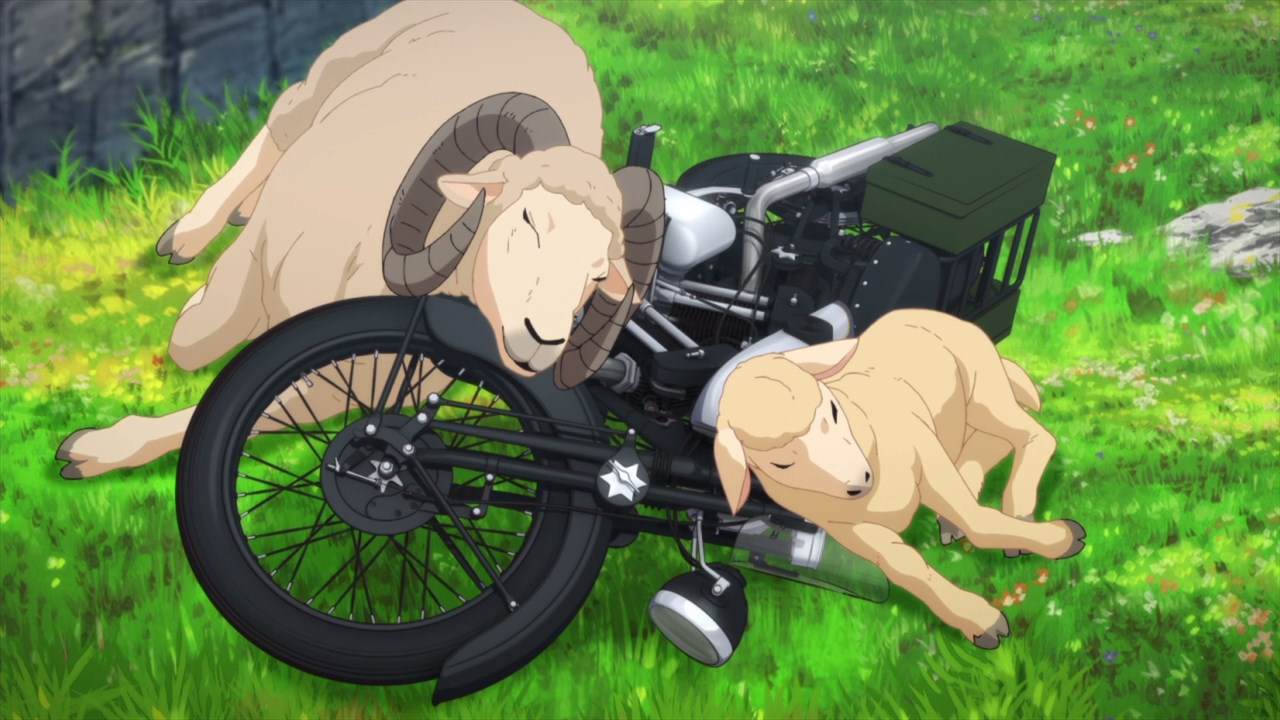 …as he’s being pinned by two sheep. Yeah, it’s not looking good for the Motorrad. What if the fuel tank got busted or the suspension arms broke in half? 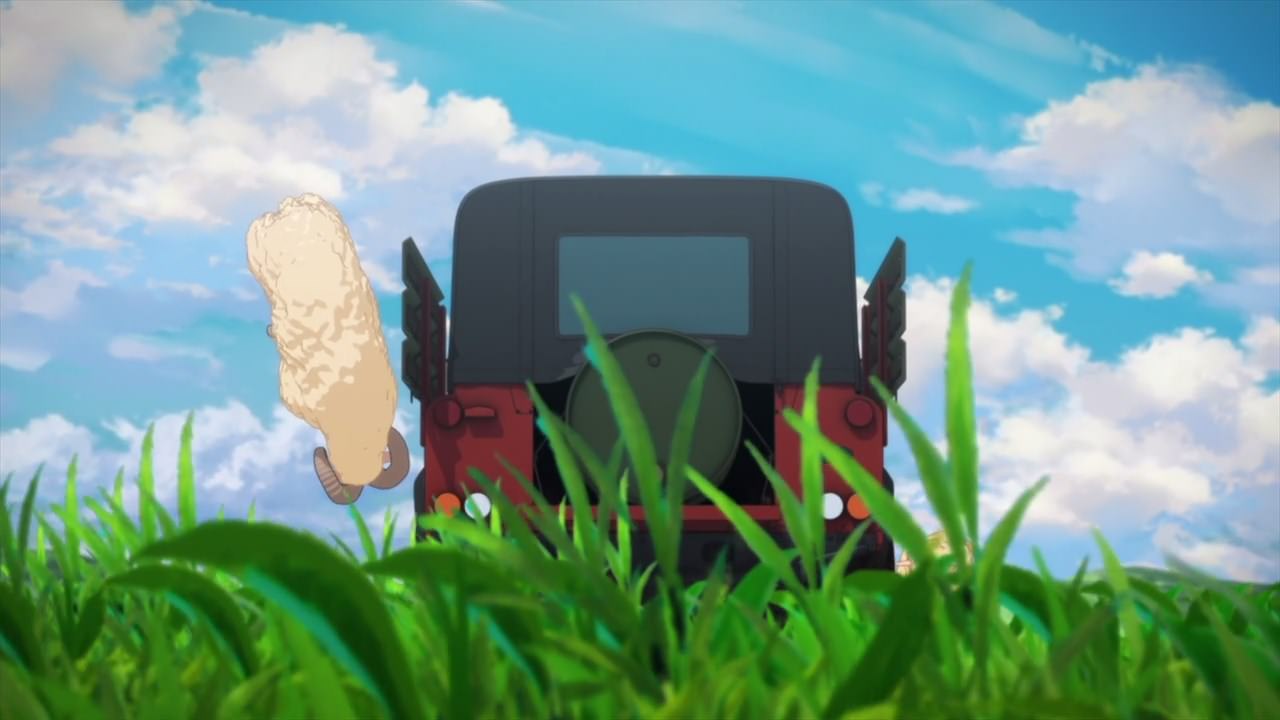 With that said, Hermes will be saved by his best buddy Kino as she rams a bunch of sheep to save her Motorrad. 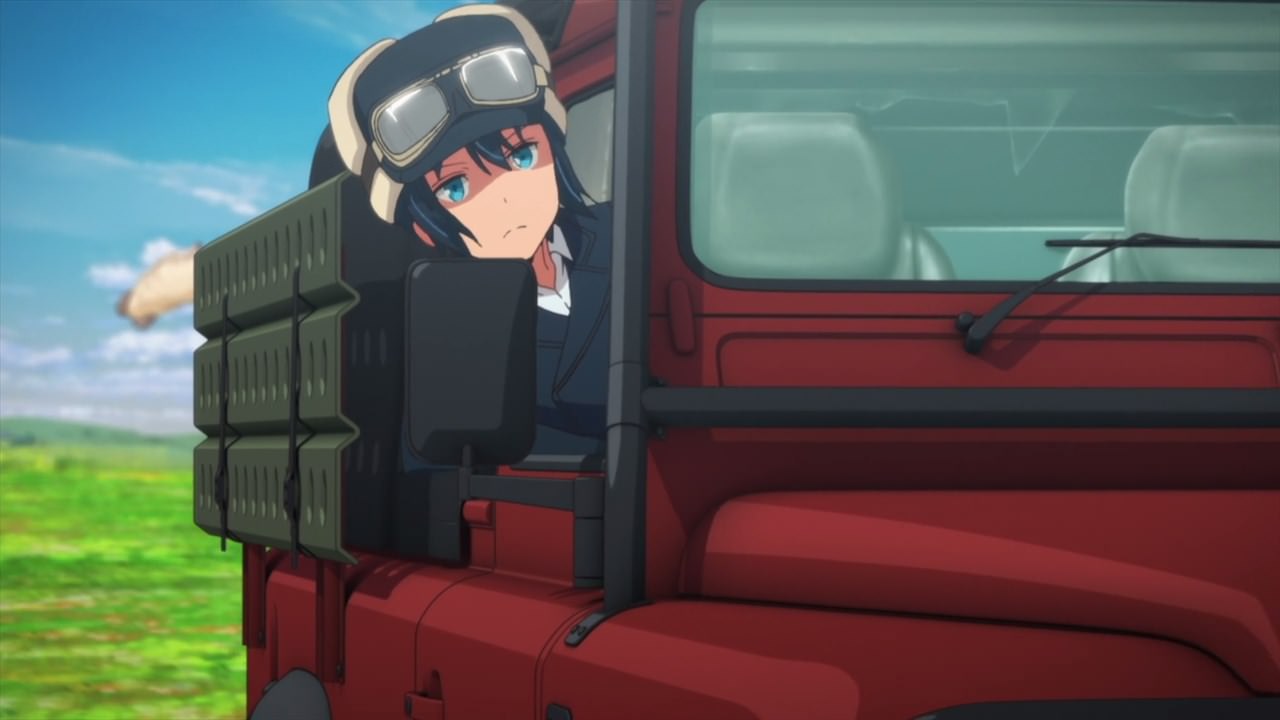 Of course, she’s not gonna ram them all day so Kino has another plan to get out of this sticky situation and rescue Hermes. 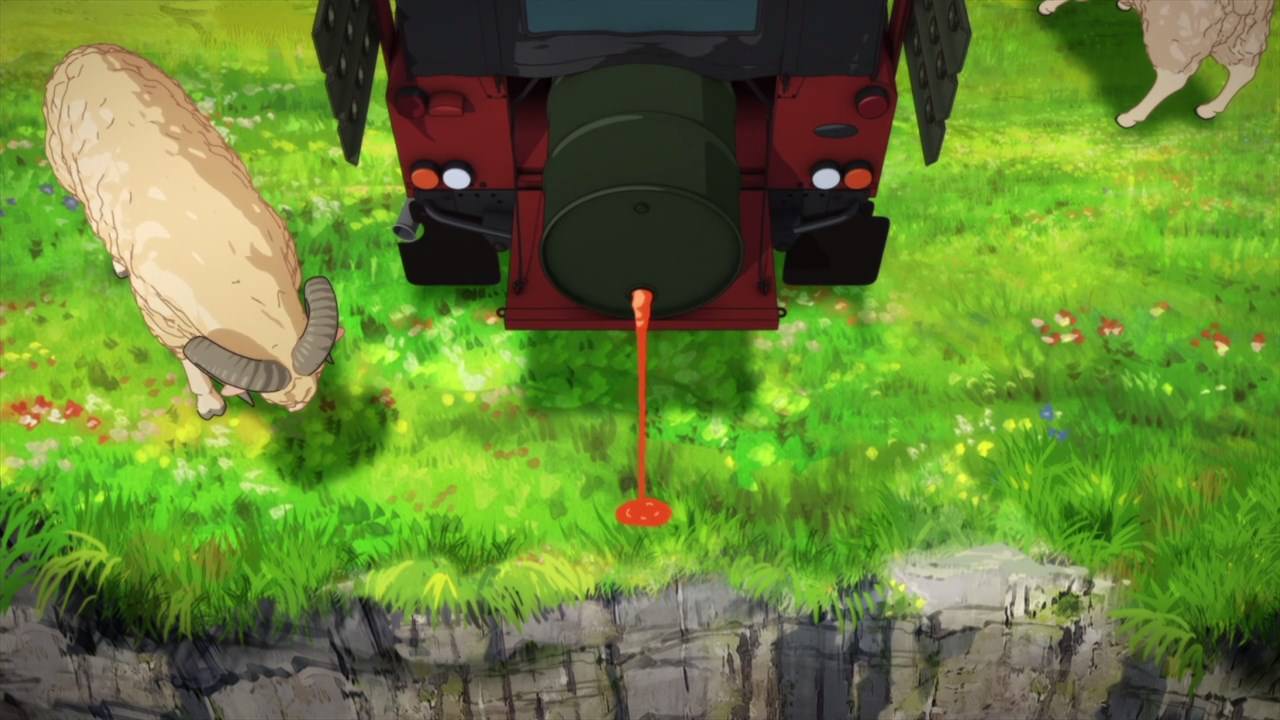 By using the fuel tank on the back, Kino used the leaking gasoline to create a trail that’ll surround Hermes. 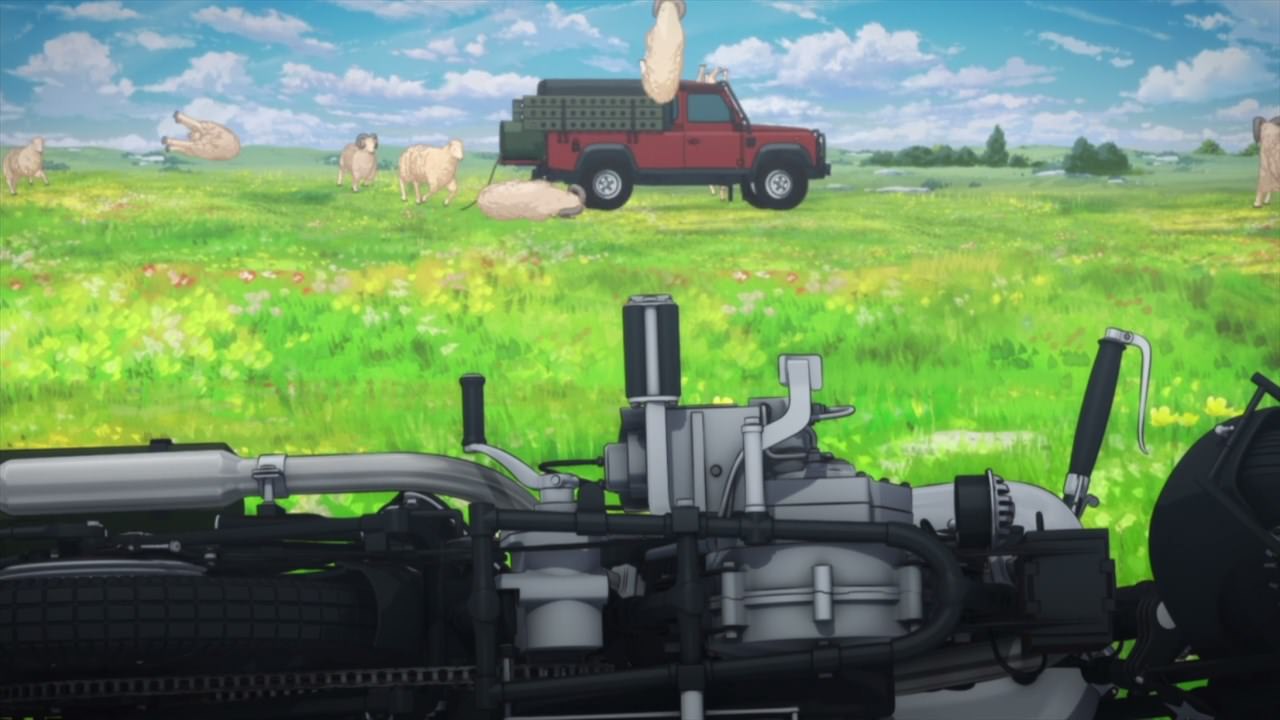 Sure that fuel is precious but when it comes to escaping an angry flock of sheep, it’s necessary to dump it over the place. Of course, when there’s fuel, it needs fire to start it up. 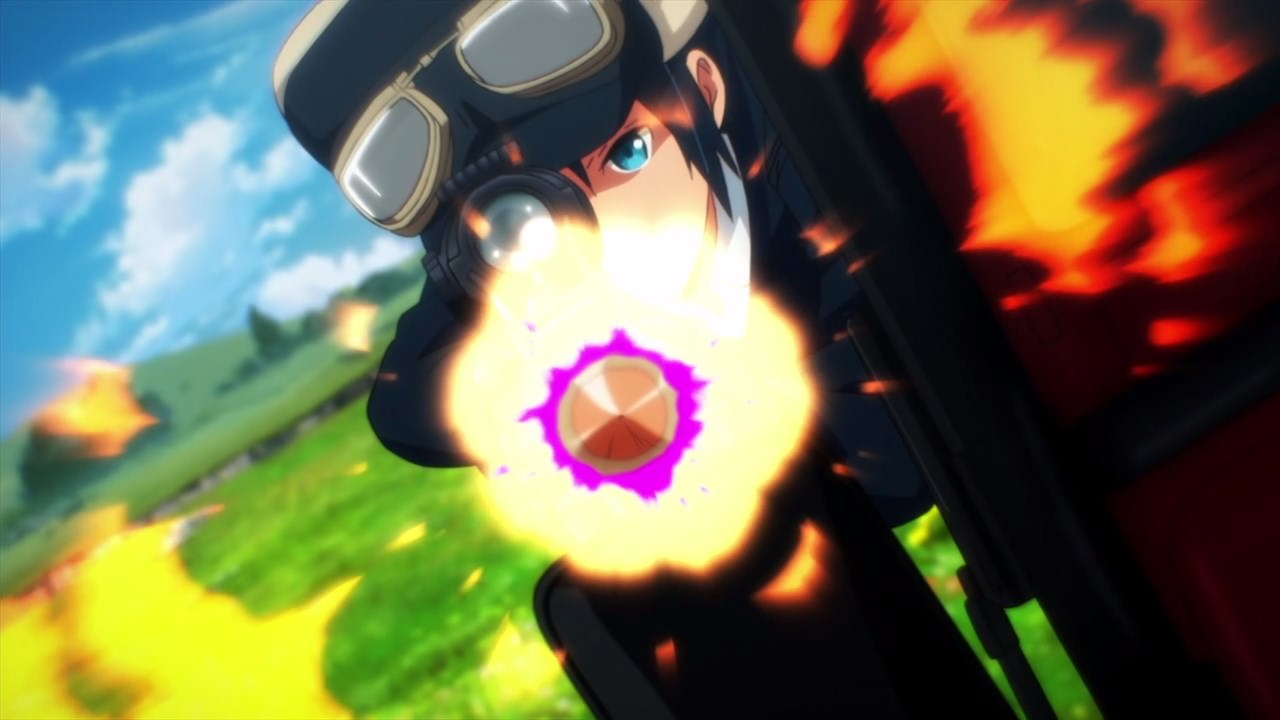 So, Kino fired an incendiary cartridge towards the fuel trail to start the fire wall. 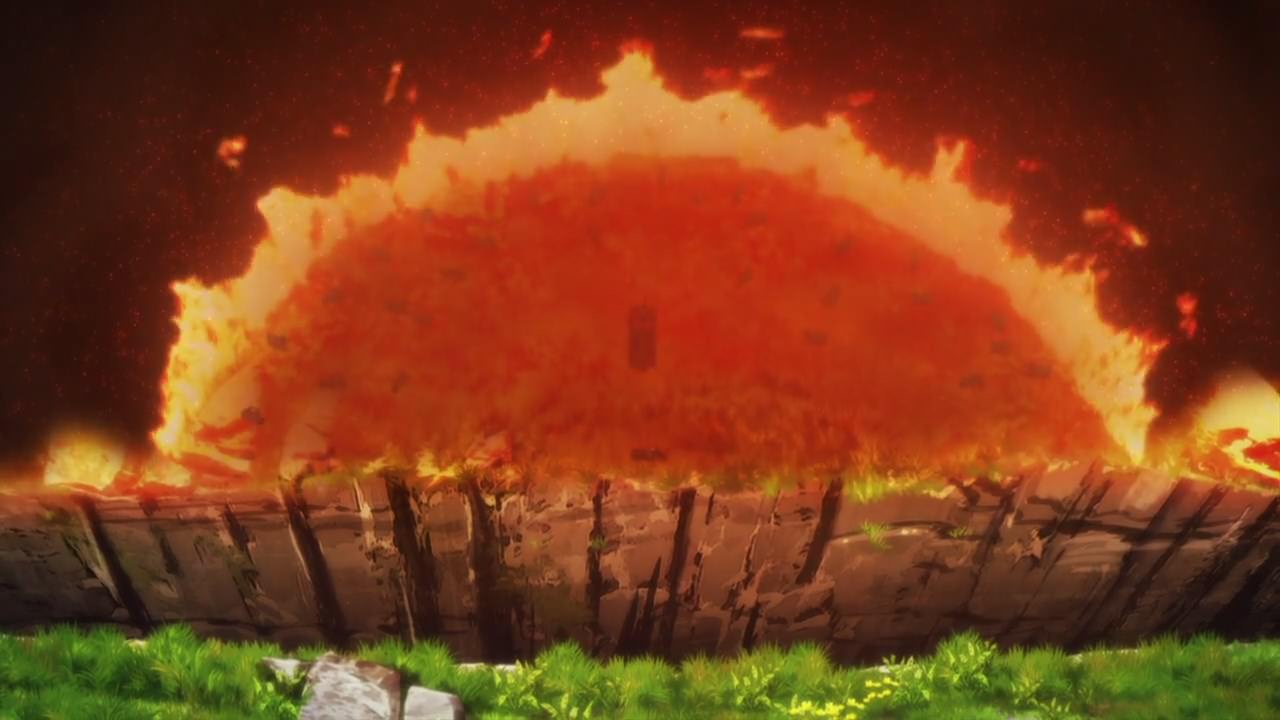 And look, it’s super-effective as the sheep couldn’t get pass the fire wall, making both Kino and Hermes safe… 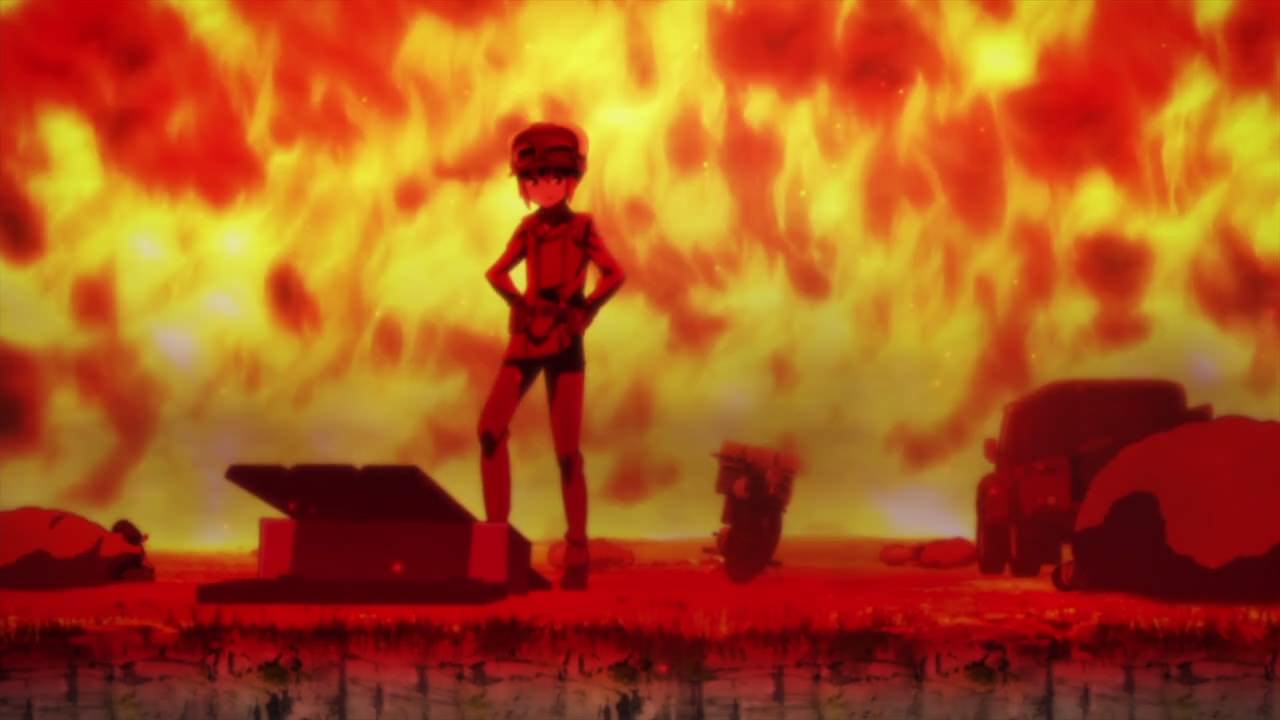 …as well as having enough time to make a ramp in order to jump over the ravine. Not sure it’s gonna work though, but it’s better to take the risk than getting stuck forever.

In any case, Kino has finished the jumping ramp and she’s now ready to put the pedal to the metal with Hermes. 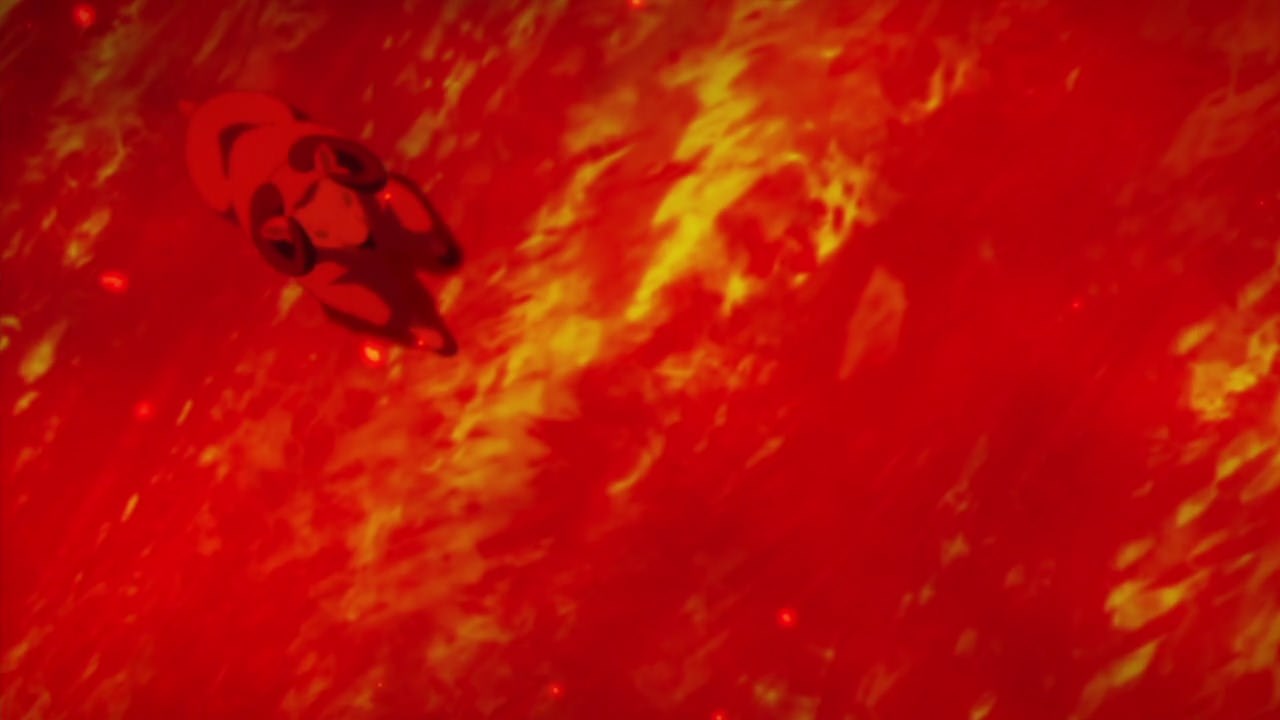 But then, there’s this one angry sheep to worry about as it’s about to stop both Kino and Hermes’ escape. Man, they’re not afraid of going over the fire wall! 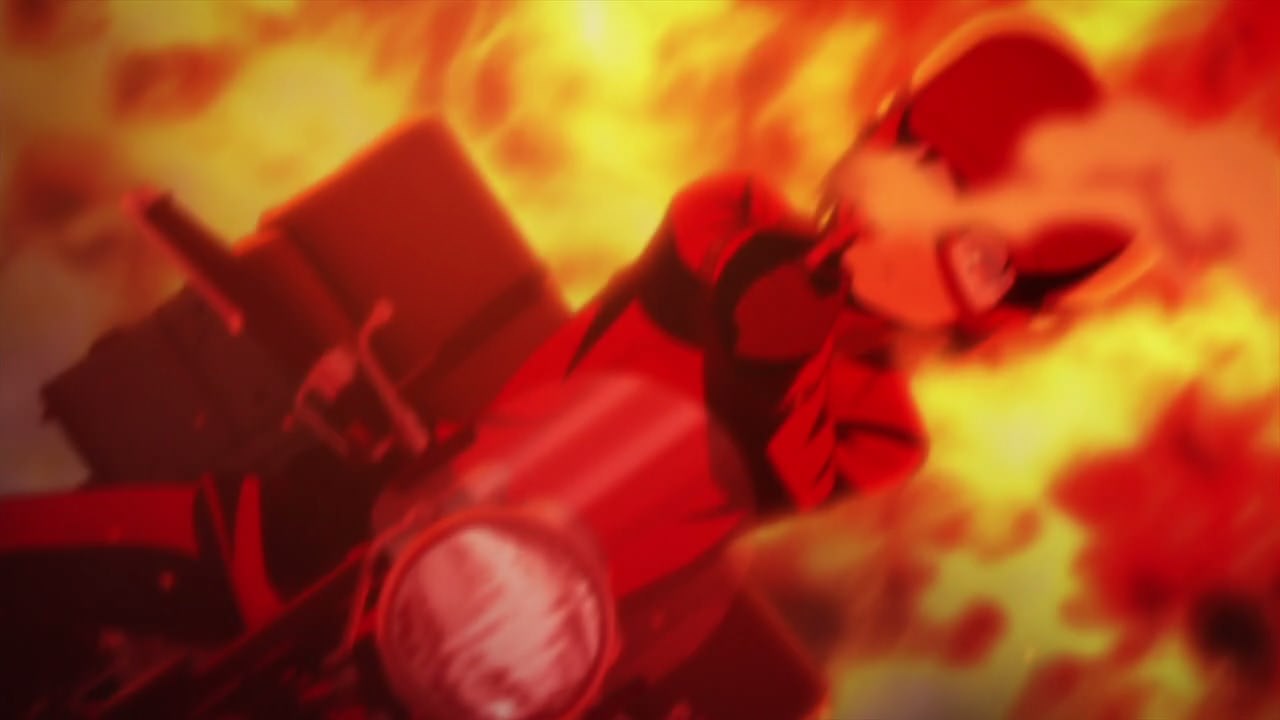 So, Kino pulled one revolver from the deceased male traveler and fired it towards the sheep’s head. 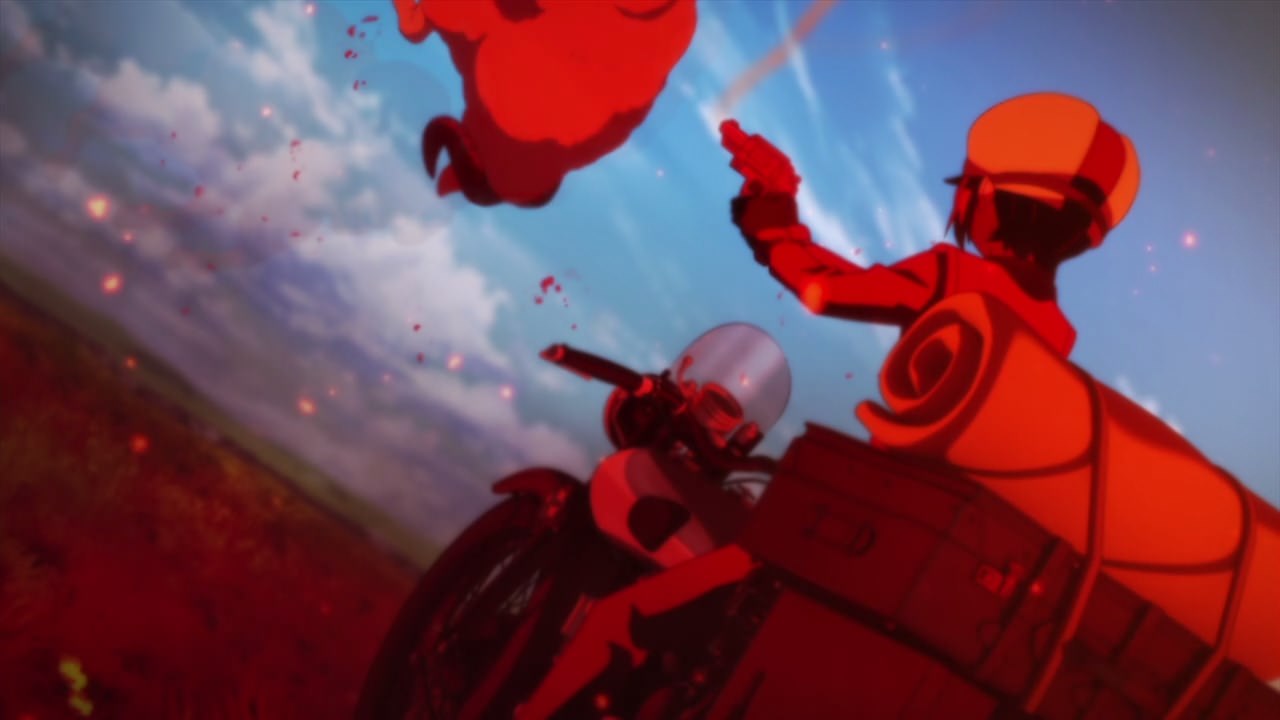 Well, seems that this one bad sheep has met its end at the hands of Kino. And besides, she did it because Kino wants to avenge a fellow traveler who died there. 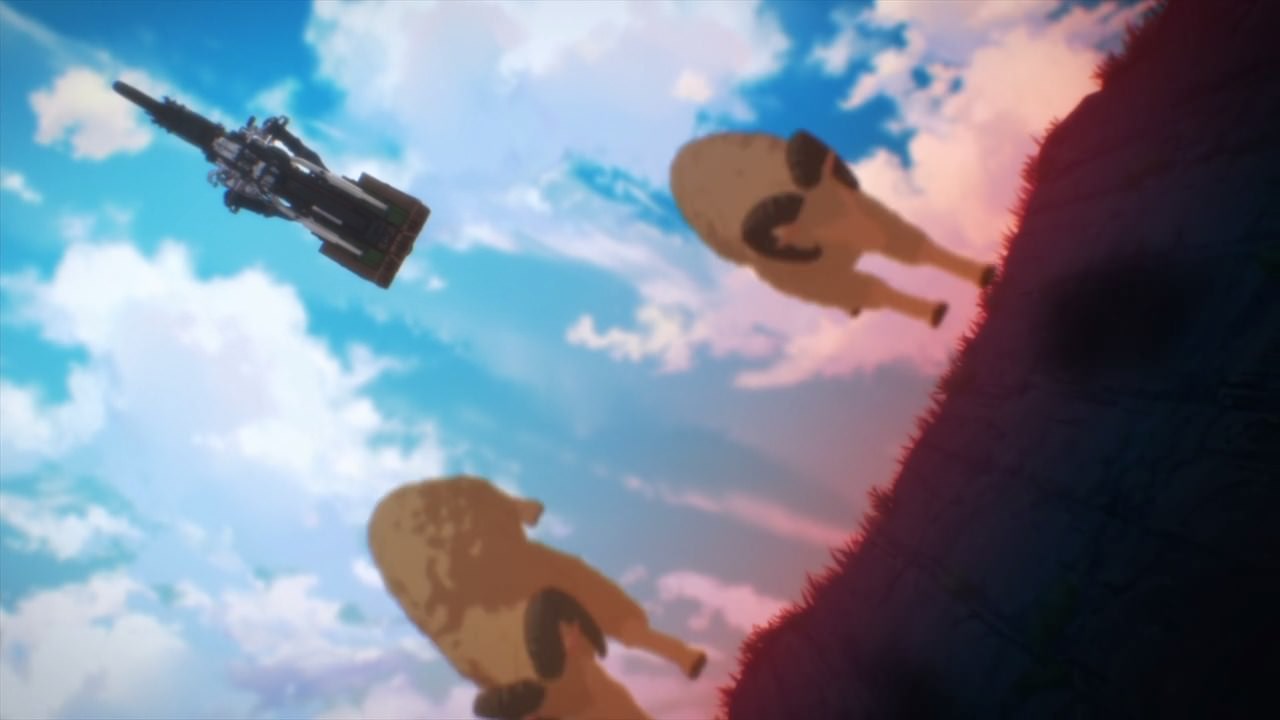 In any case, time for Kino and Hermes to jump over the ravine and made their escape from the angry flock of sheep. Of course, I fear that they might not succeed. 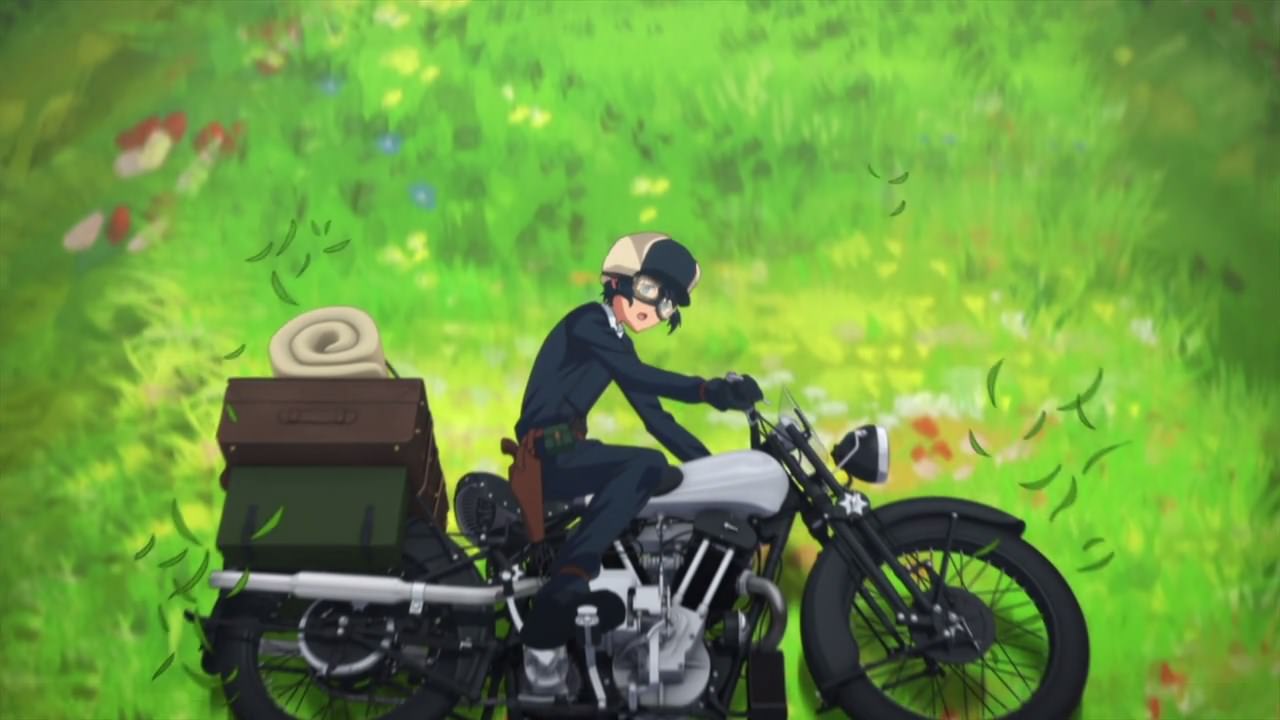 But surprisingly enough, they managed to land on the other side, albeit a rather shaky one.

Still, both Kino and Hermes escaped in one piece, especially the latter as the Motorrad didn’t broke into pieces upon landing on a slope. 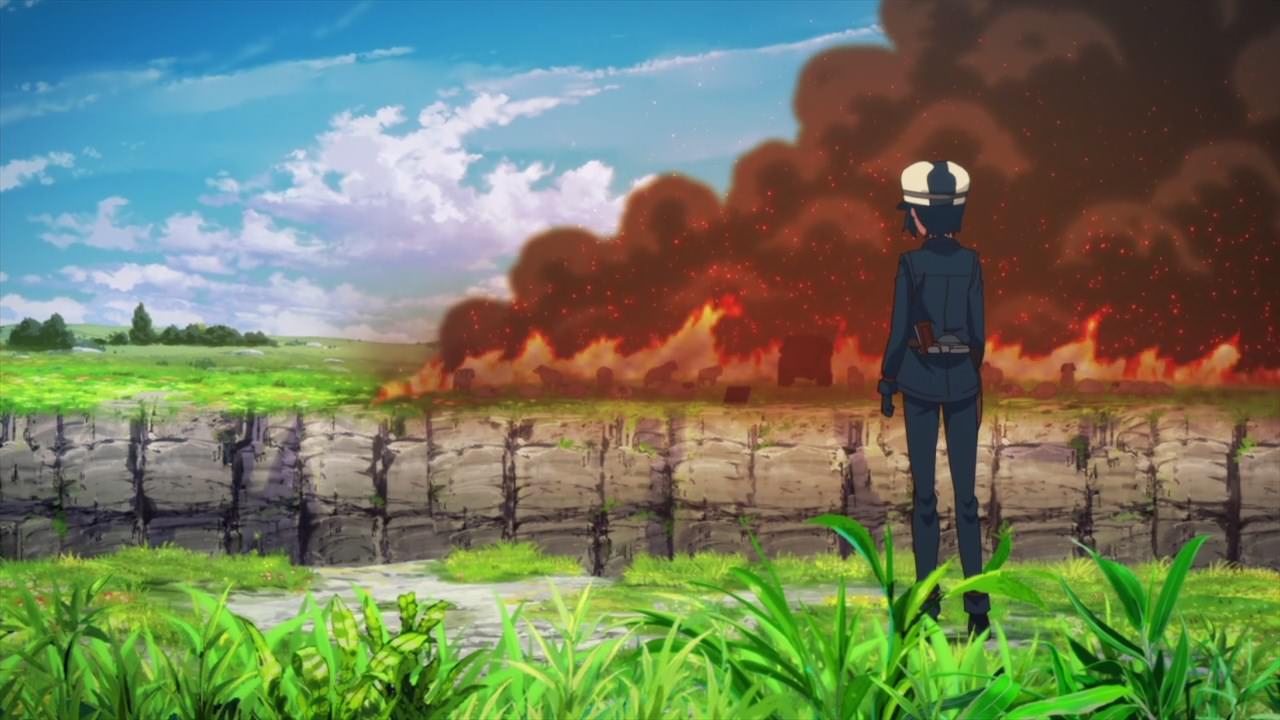 So while they’re safe from being rammed over by angry sheep, Kino laments on that male traveler who died there.

But you know what, I think that there should be an alternate path in order to bypass the angry flock. Still, it’s not gonna happen in the future very soon as Kino and Hermes went to another country because they’re freakin’ tired. 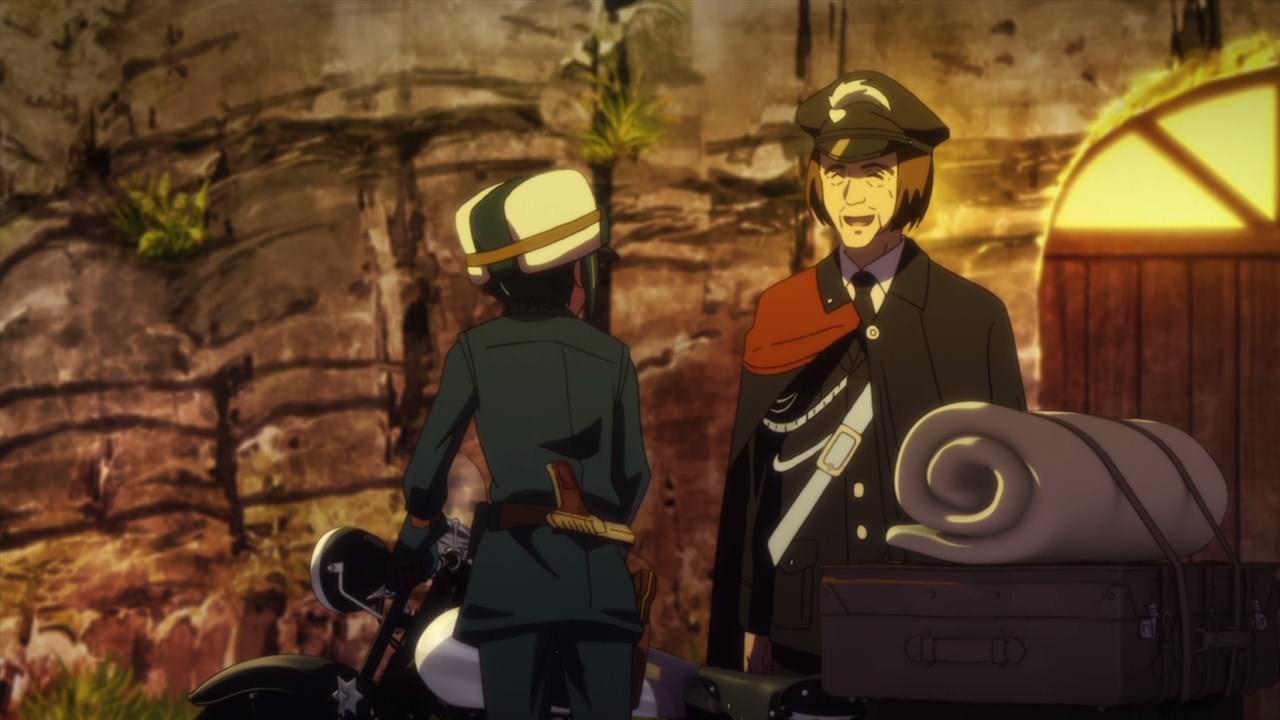 In any case, they arrived at the country where the guard explained that it’s been a long time that they had a visitor. Also, he explained that their country had a past time where they breed sheep for fighting, much like how male chickens and bulls were bred to battle. Unfortunately, sheepfighting was banned after animal activists protested on how they’re used for entertainment, and so the country let those fighting sheep free in the wilderness. Then again, what they didn’t know is that their fighting sheep has caused a lot of trouble towards travelers that Kino was forced to kill them in order to go to their next destination.

And that’s about it for the 2017 version of Kino’s Journey as we close it out with a weird episode. So while this new series didn’t surpass the 2003 version, the 2017 version has its charm as Lerche did a great job of not only showing Kino’s new adventures apart from revisiting old stories, but also shows some characters like Shizu and Kino’s master. Of course, I wish that Lerche would do a 2-cour series where they could adapt more interesting stories from the 20+ volumes of Keiichi Sigsawa’s ongoing light novel.

Until we’ll receive a sequel or another reboot, Kino’s journey will end right here. But once ASCII Media Works made a green-light to make a follow-up, that’s the time where Kino and Hermes travel once more!