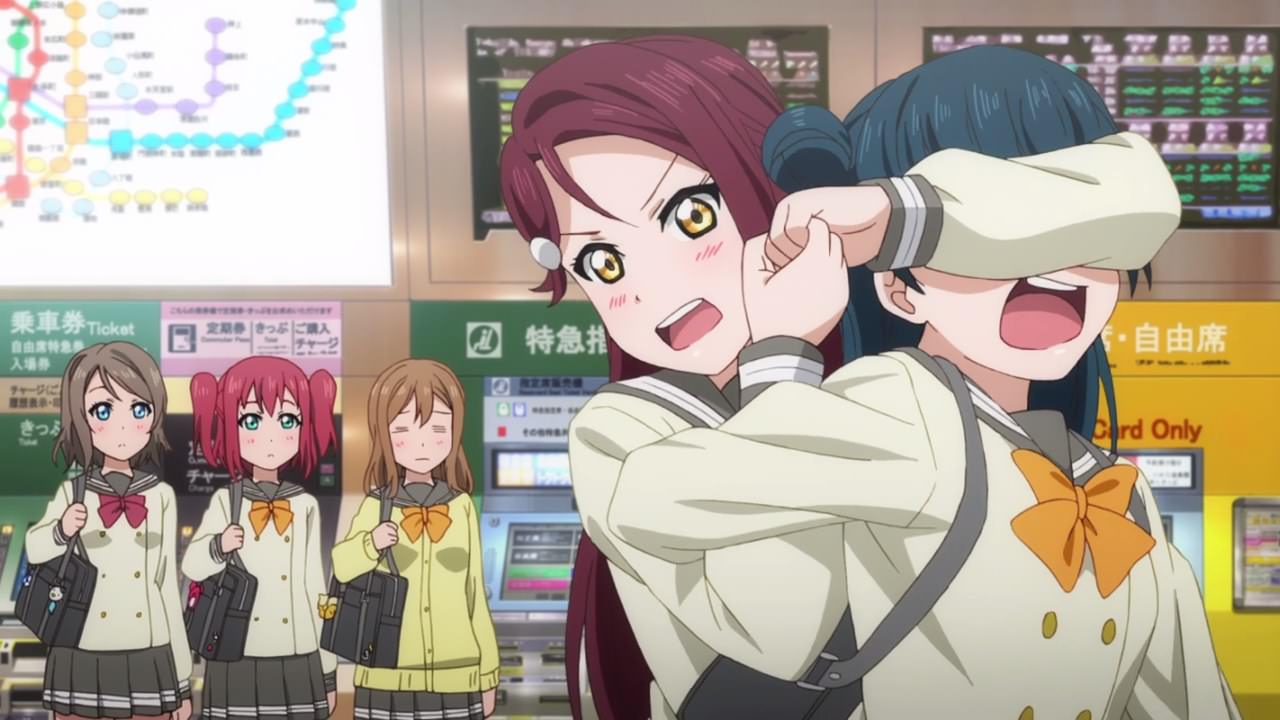 Hey everyone, it’s the penultimate episode where Aqours have arrived in Tokyo for the Love Live! School Idol competition. Of course, we’re not gonna go straight away to the tournament as Chika Takami and the rest will need to reflect on how they went from zero to one. Remember Episode 8 from Season 1, that was a shocker to them!

Anyways, let’s move onto the next scene right after Riko Sakurauchi finished tapping out Yoshiko “Yohane” Tsushima with a crippler crossface. I hope Yohane’s face will be okay! 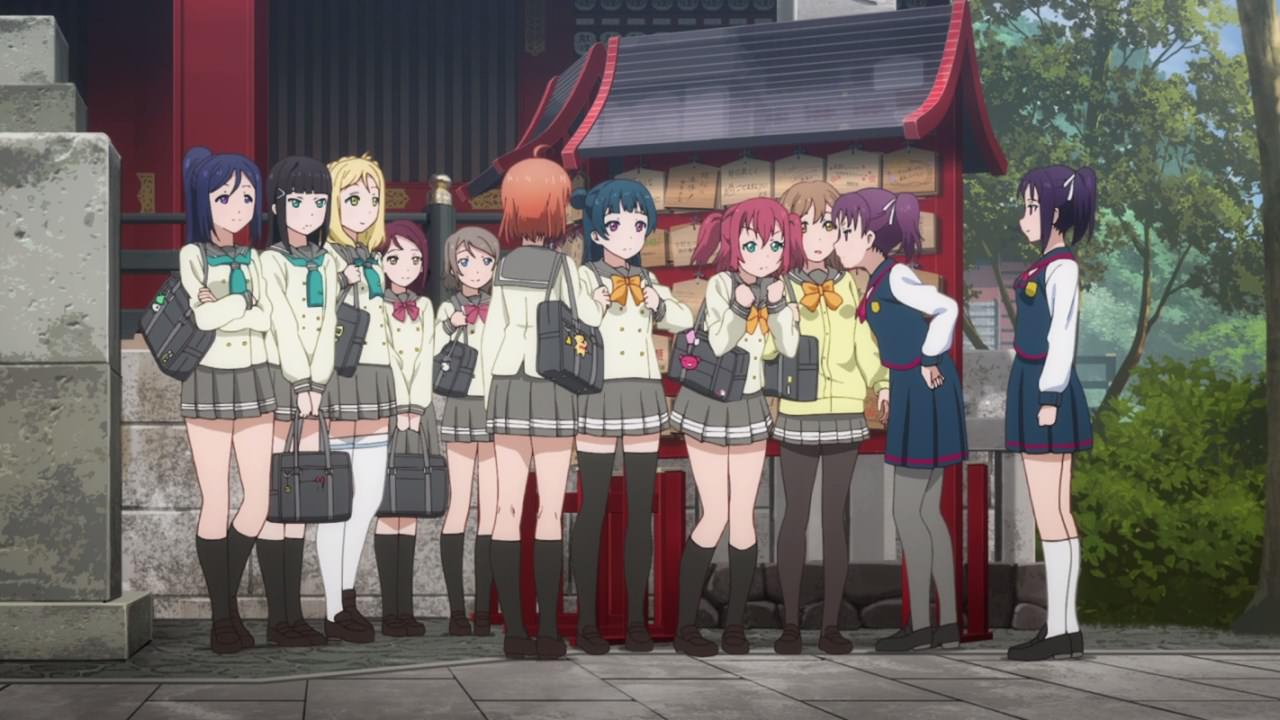 Now then, here’s Saint Snow as they’re here in Tokyo to watch Aqours win it all. C’mon, Seira and Ria Kazuno trained them to be the best like no school idol ever was!

So yeah, glad that the Kazuno sisters are here to watch the final competition. 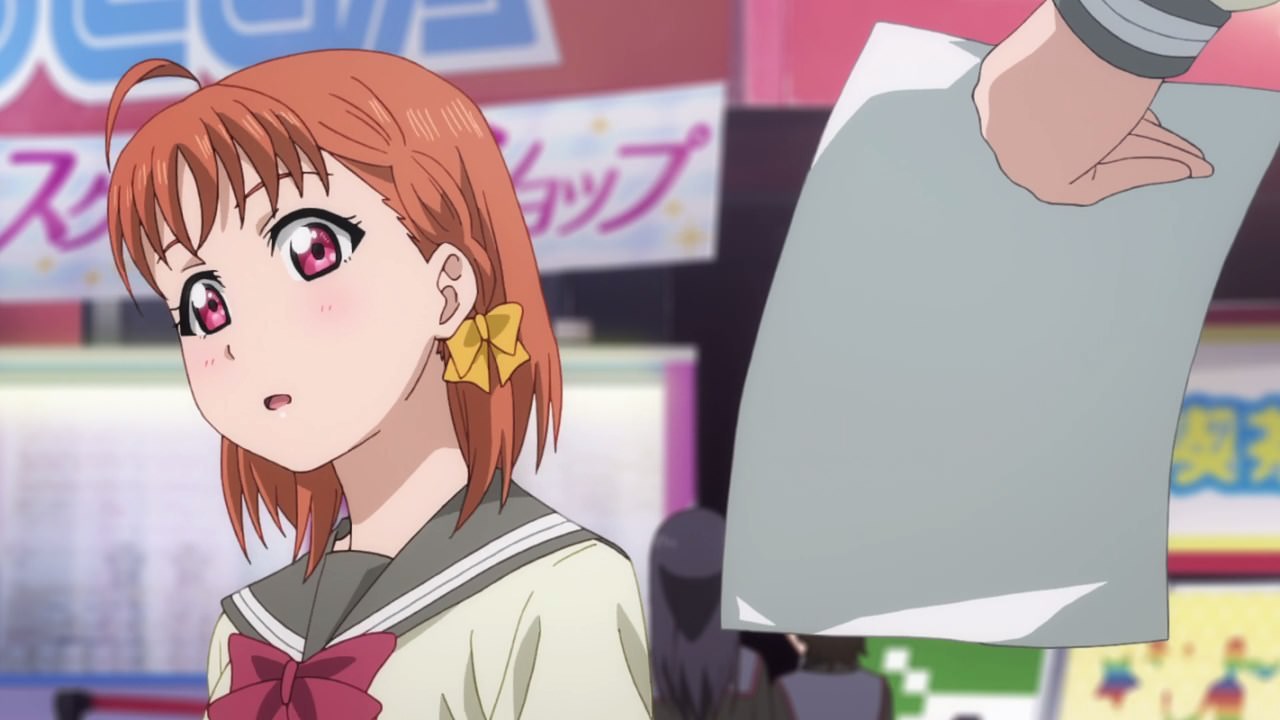 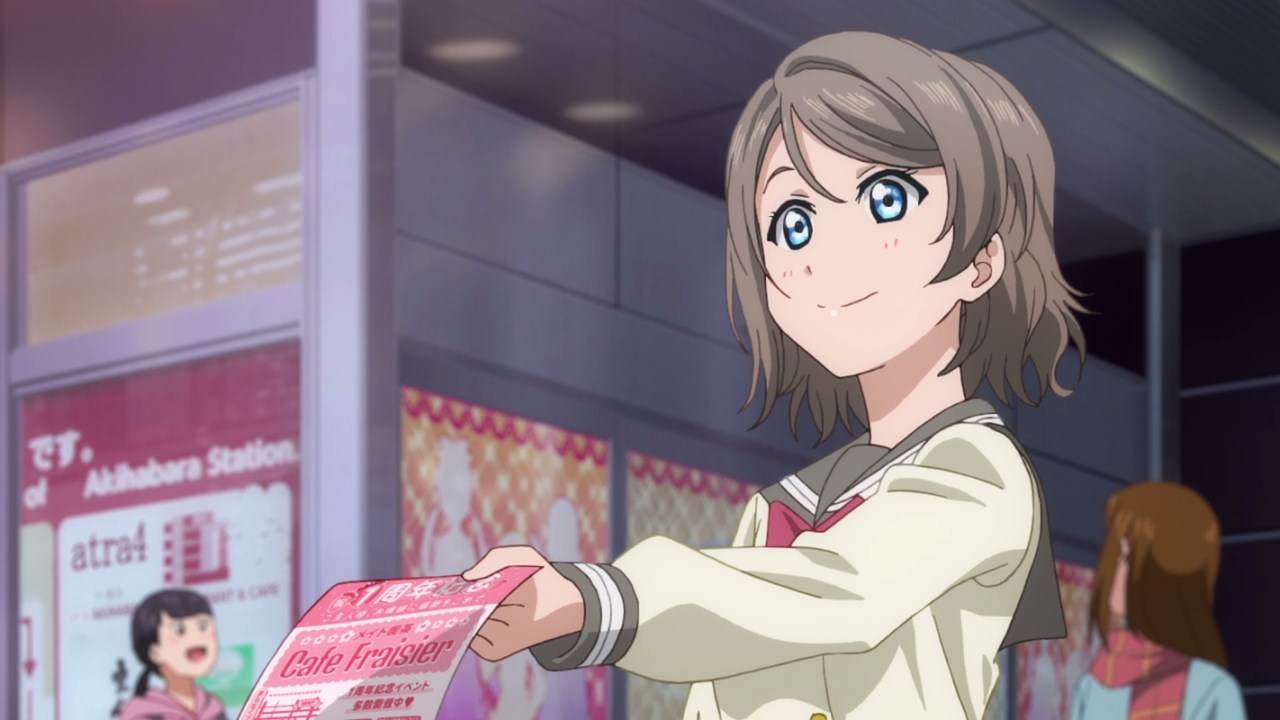 Anyways, time for some reflection as Chika Takami and You Watanabe remembered the time when µ’s was featured at the UTX building, which Chika-chan was inspired to become a school idol much like Honoka Kousaka did many years ago.

For You Watanabe, she remained loyal to Chika-chan both in good times and in bad. And seriously, Chika won’t ignore You-chan because they’re childhood friends! 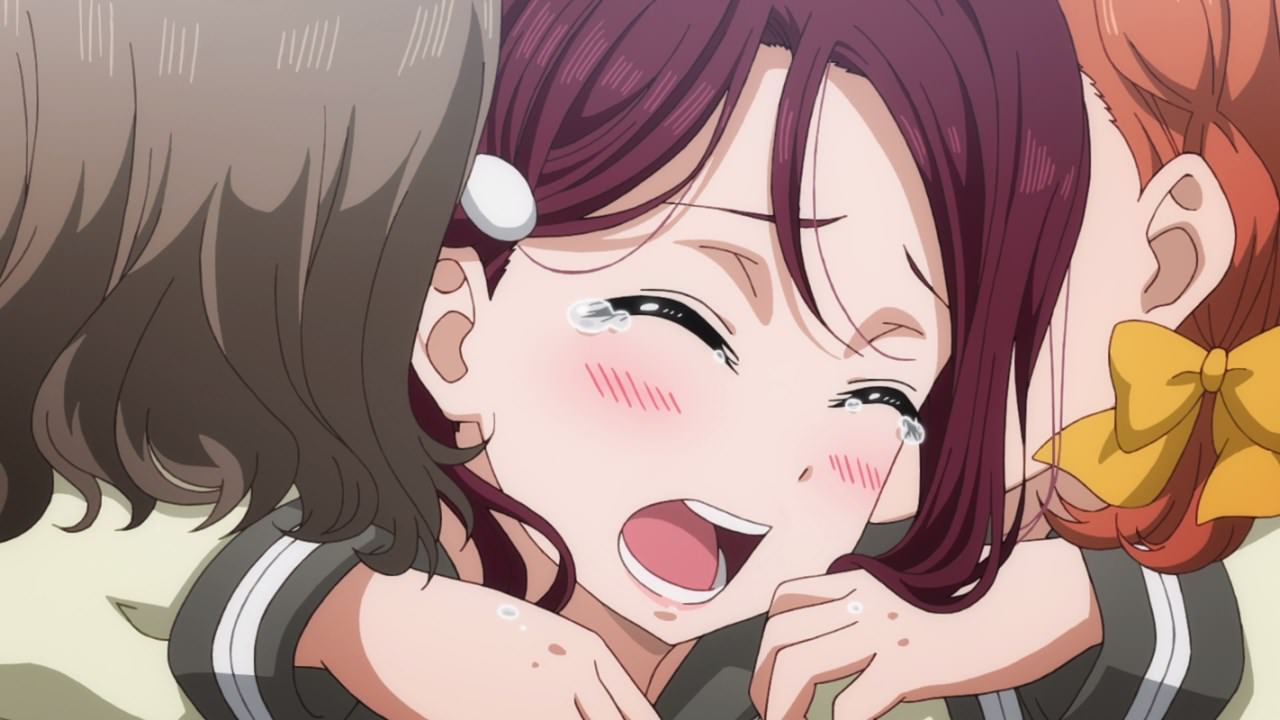 Also, here’s Riko Sakurauchi as she returned after her brief trip for Otonokizaka Girls’ Academy. Before then, she was timid with no self-confidence, especially when Riko got a stage fright before.

Of course, that was in the past now as thanks to both Chika and You, Riko-chan regained her confidence on playing the piano again, all while she makes music as part of Aqours. Heck, let’s not forget about her friendship with Yoshiko “Yohane” Tsushima in Episode 5! 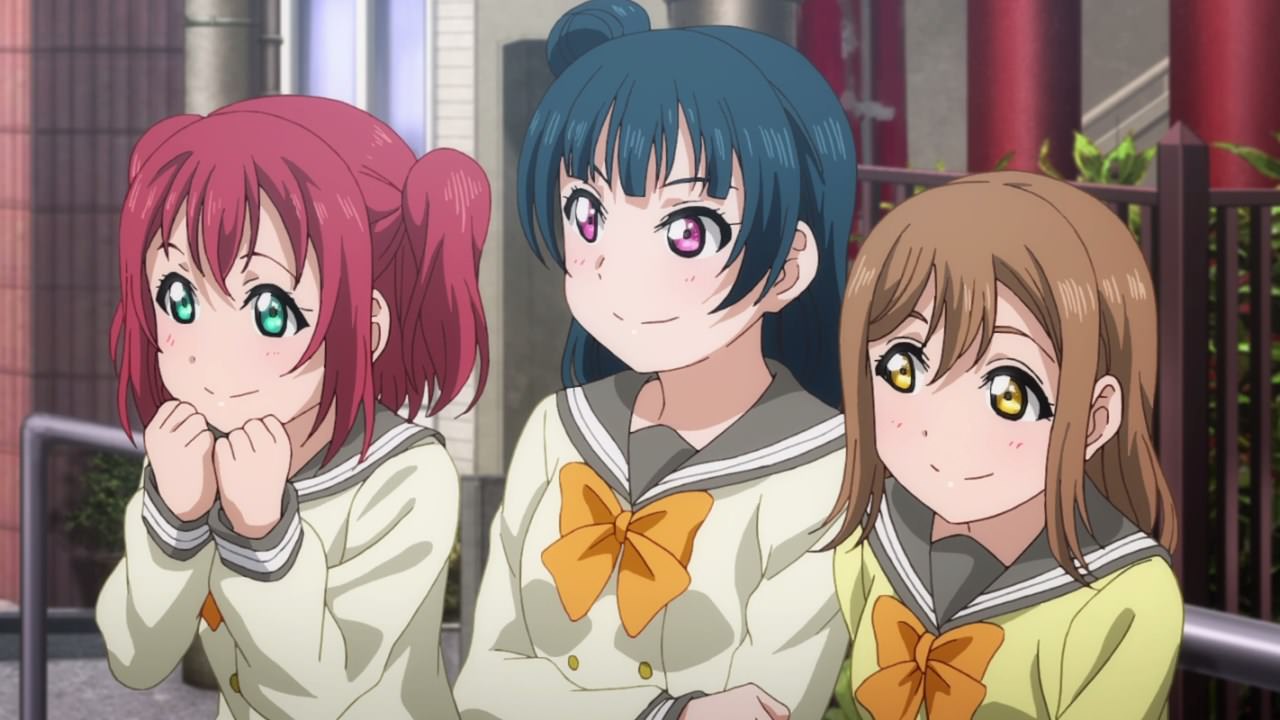 Speaking of first-years, let’s take a look on how they grow into fine young ladies as they joined Aqours after the second-years made their debut at the school gym.

For Hanamaru Kunikida, she thought that she’s just a plain girl with a Shizuoka dialect, but Ruby-chan thinks that Hanamaru is the cutest of all and thanks to her friend, Hanamaru shined throughout the series. As for Ruby Kurosawa, it took a long time to develop herself from being shy and being stuck behind Dia’s back, to an outgoing person where Ruby helped Ria Kazuno on overcoming the fear of being left behind by her sister Seira and become independent.

Of course, we’re not gonna forget about Yoshiko “Yohane” Tsushima as it’s okay to be yourself instead of leaving her past behind. After all, she’ll remain as the fallen angel for the rest of her life! 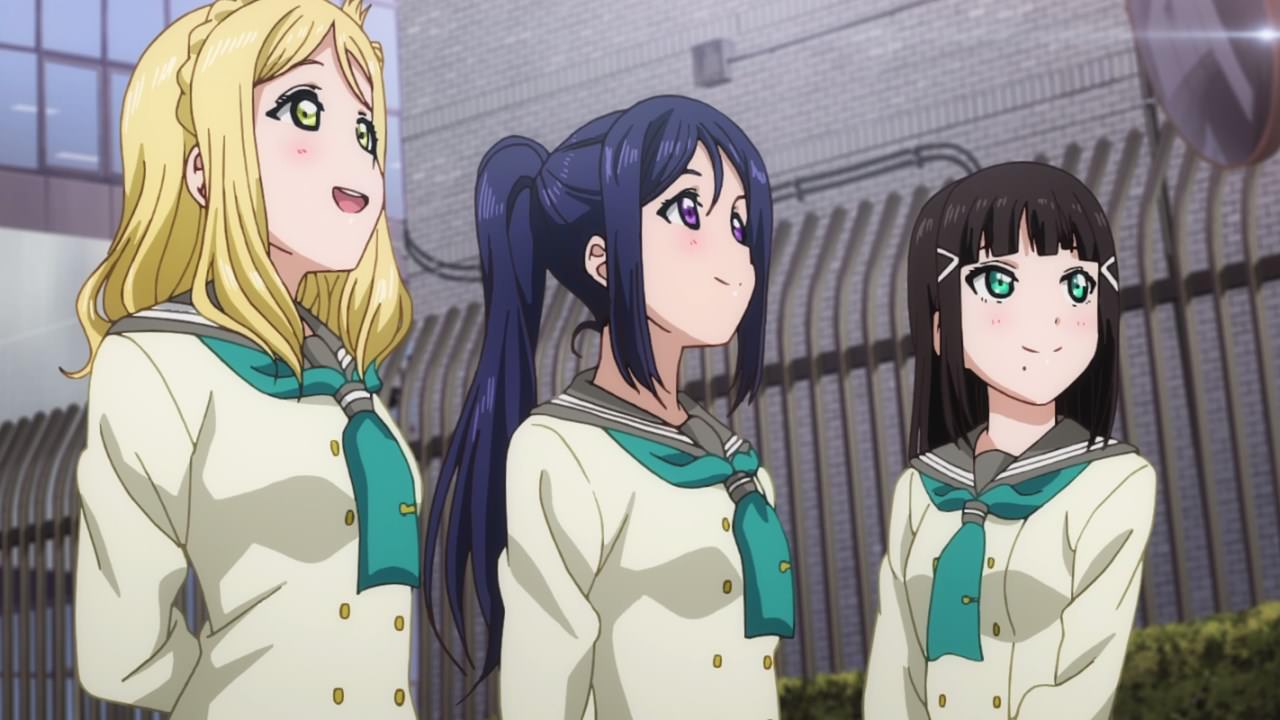 And now, we’re talking about the third-years as they had a rough time getting together after their mishap during their performance in Tokyo as freshmen, which it took 2 years to recover.

For Dia Kurosawa, she mellowed out thanks to Chika-chan and friends where instead of being the uptight school council president, Dia-chan became an approachable character towards her fellow school idols other than her sister Ruby-chan. And as for Kanan Matsuura and Mari Ohara, they became friends again as they made up after two years of disconnection and misunderstanding. C’mon, both Kanan and Mari love each other very much!

With that said, the third-years will be graduating soon without any regrets and while their future is already planned, they want to spend their last days as school idols as it’s time for the final competition at the Akiba Dome. 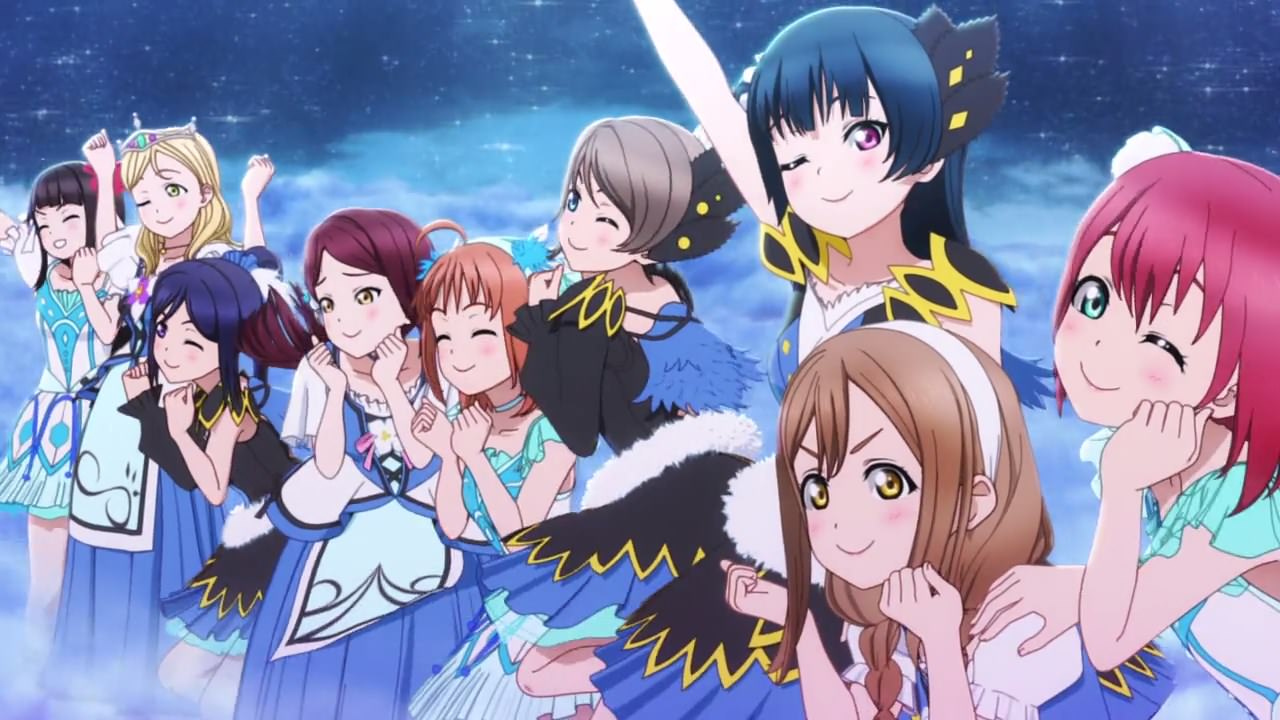 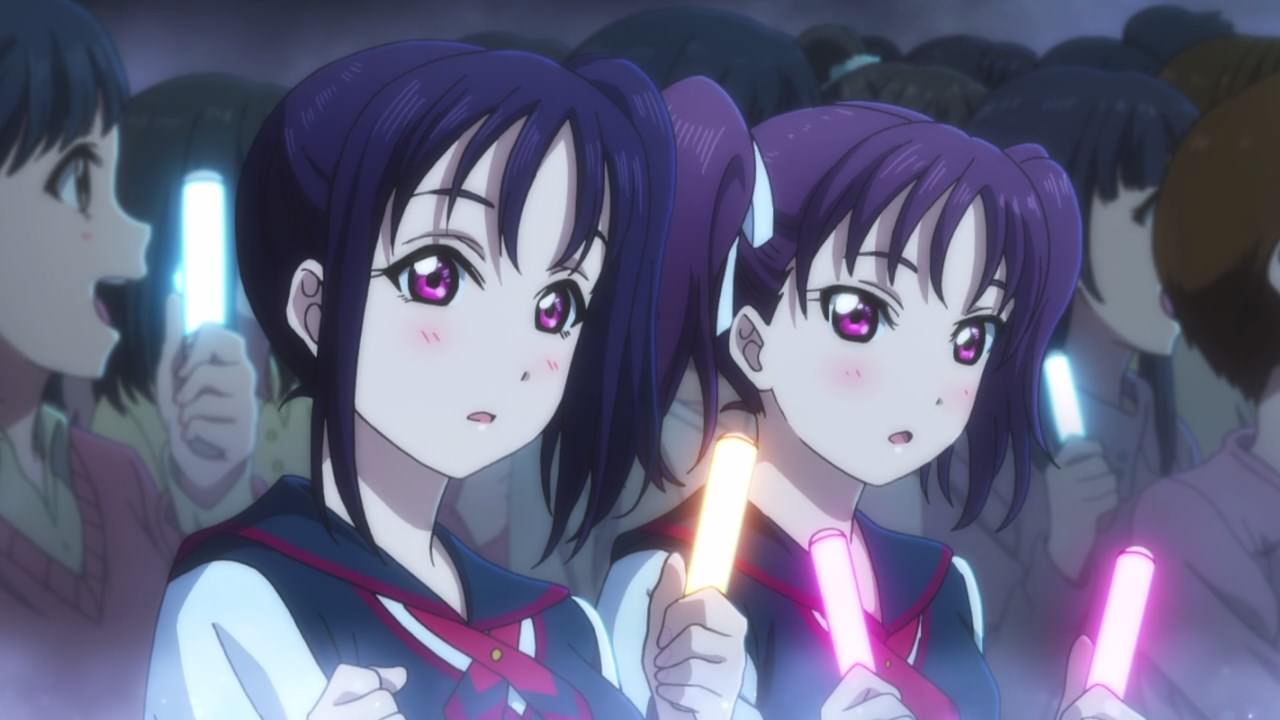 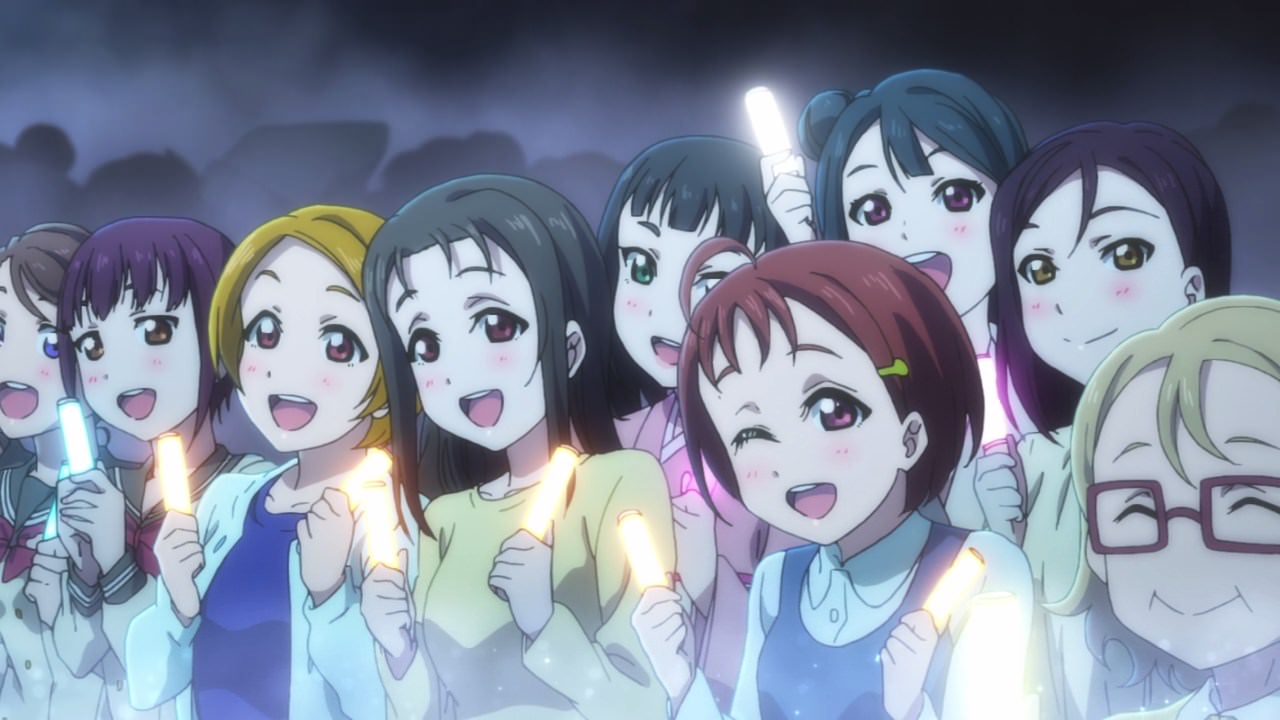 Also, seems that Seira and Ria Kazuno aren’t alone on watching their performance as the rest of Uchiura are here to witness Chika Takami and her friends putting a stellar show at the Akiba Dome!

It’s nice to see their family and friends gather around to see what appears to be their best performance yet. 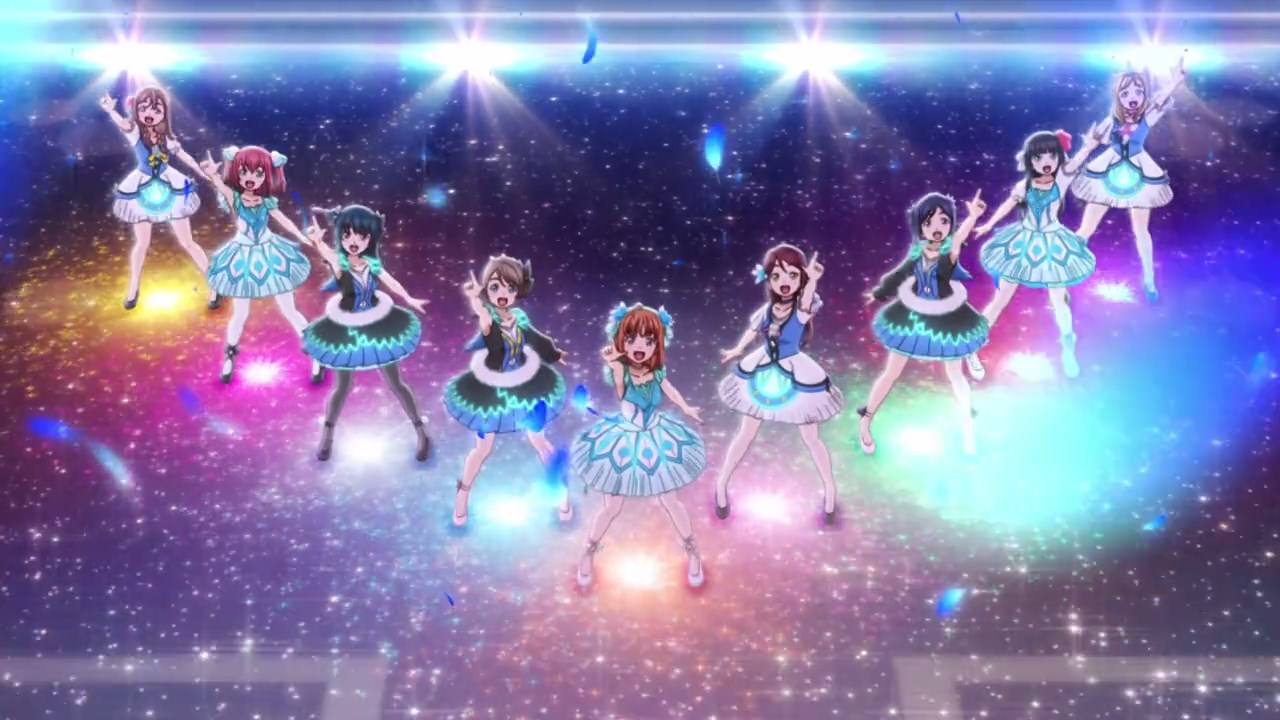 Anyways, next episode will be the final one as we await the results. We pray for their success at the Love Live! School Idol competition!