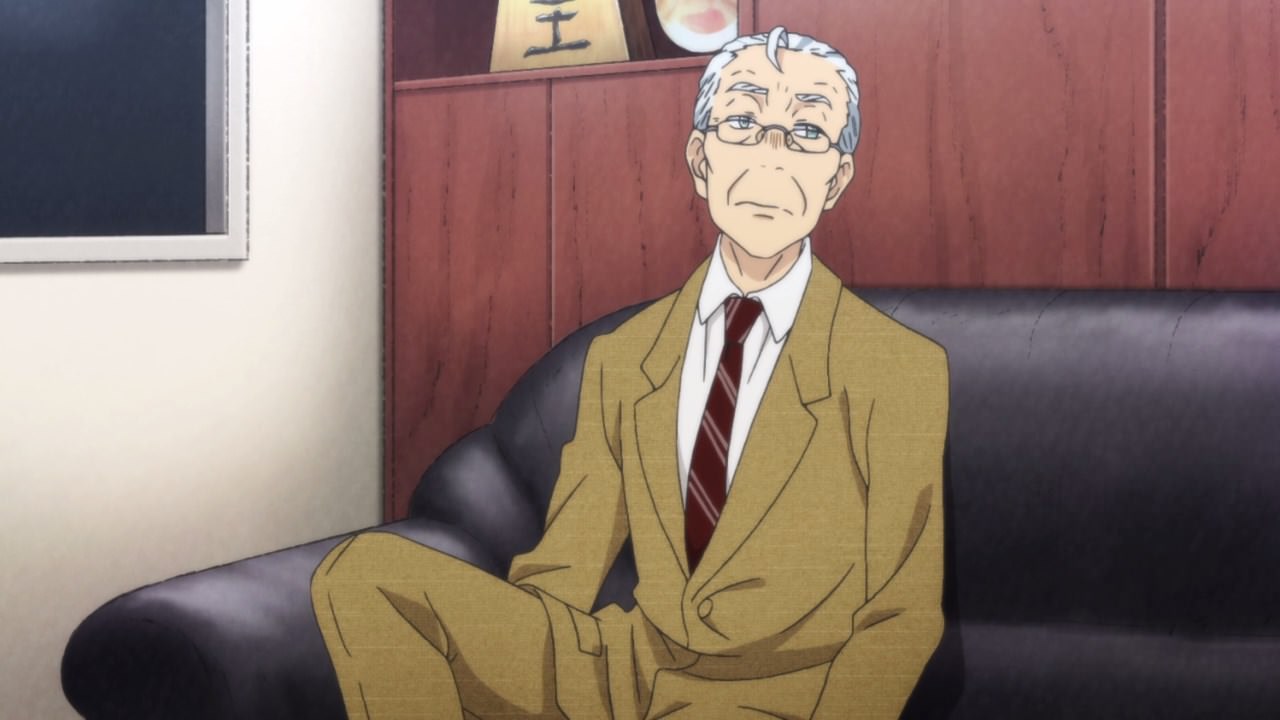 This is Yanagihara-san, the current champion of the Kishou Tournament who is here to tell the newly-crowned Newcomer King Rei Kiriyama that he’ll be playing Touji Souya in an exhibition match. 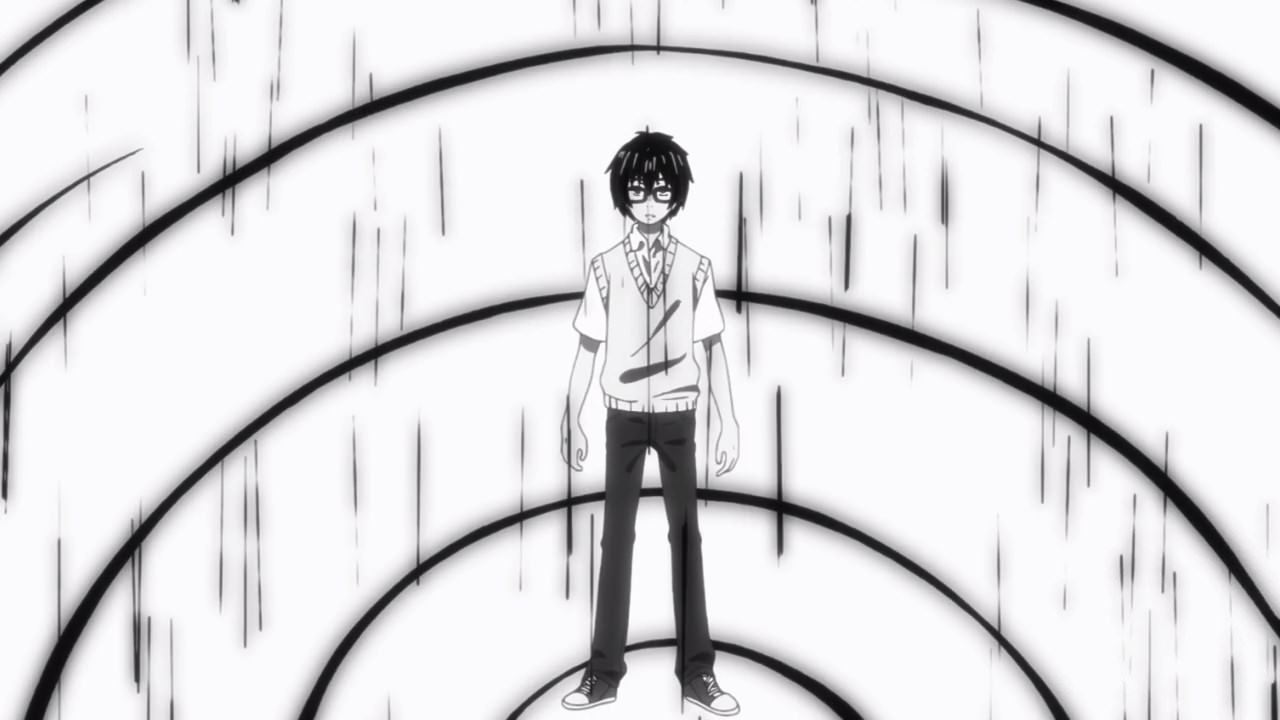 This announcement has stunned Kiriyama that it’ll be the first time that he’ll have a match against the Meijin.

And speaking of the title Meijin, whoever wins the Newcomers’ Tournament would go on to become a Meijin in the future, right after reaching A Class and challenging the current title holder. 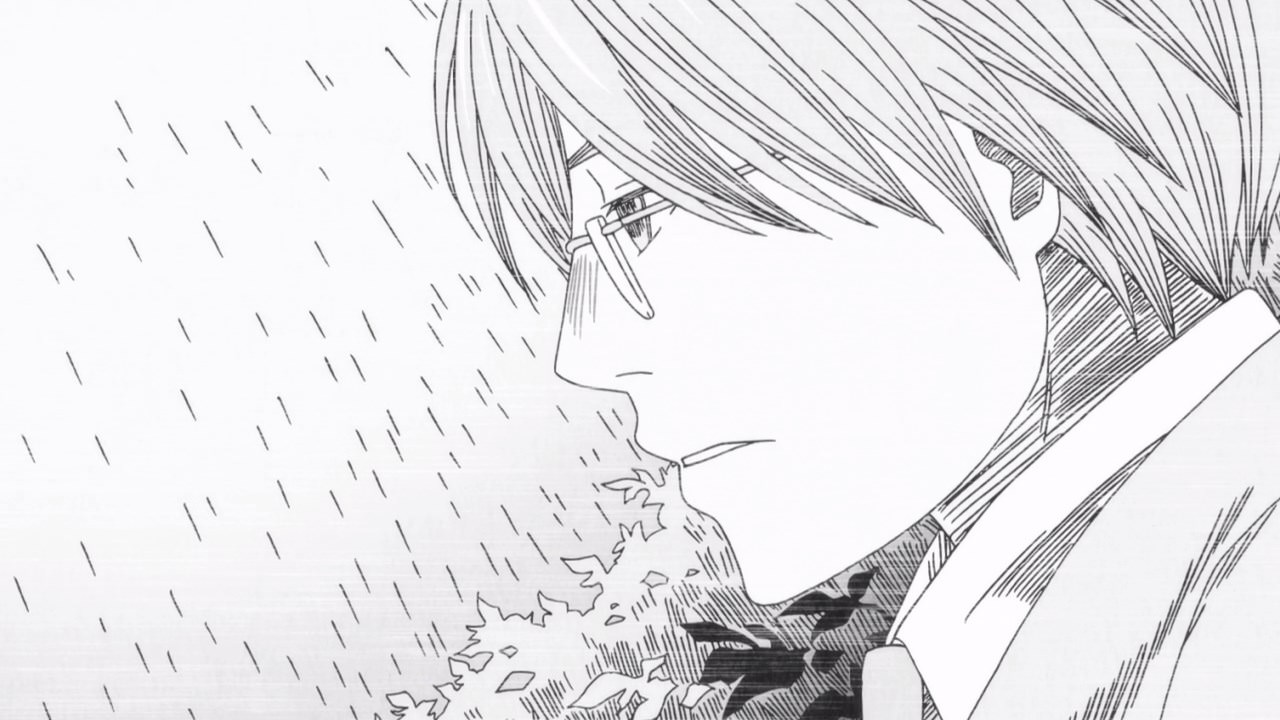 But let’s talk briefly about Meijin Souya as he’s not only kept his appearance from the day he became a professional since middle school, but Souya is currently untouchable that he’s basically the best shogi player ever.

Of course, he longed for someone who can challenge him, so I’m hoping that the exhibition match between him and Kiriyama would be good enough that the Meijin would consider Rei-kun as his rival. 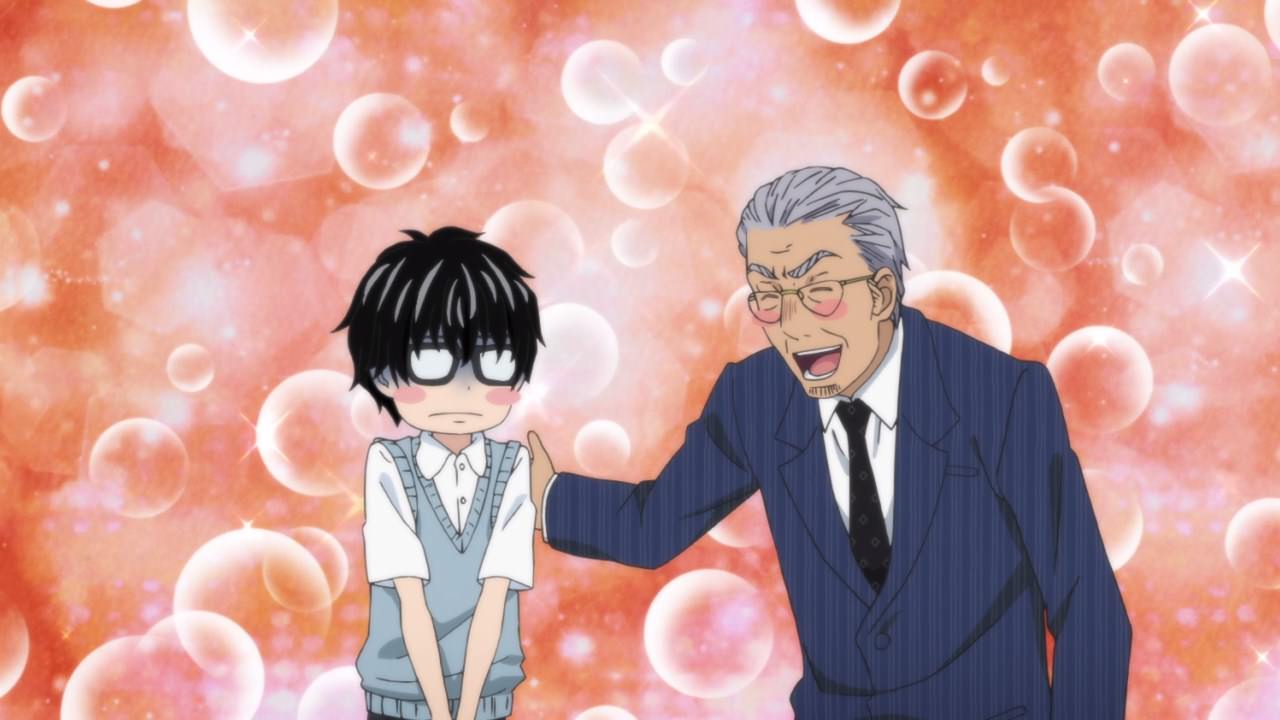 Heck, even the chairman of the shogi association is very hyped to see both players compete each other.

Then again, it’s too early for Kiriyama to challenge Meijin Souya yet since he just won the Newcomers’ Tournament. But hey, it’s just an exhibition match so I can’t wait to see it in the future… 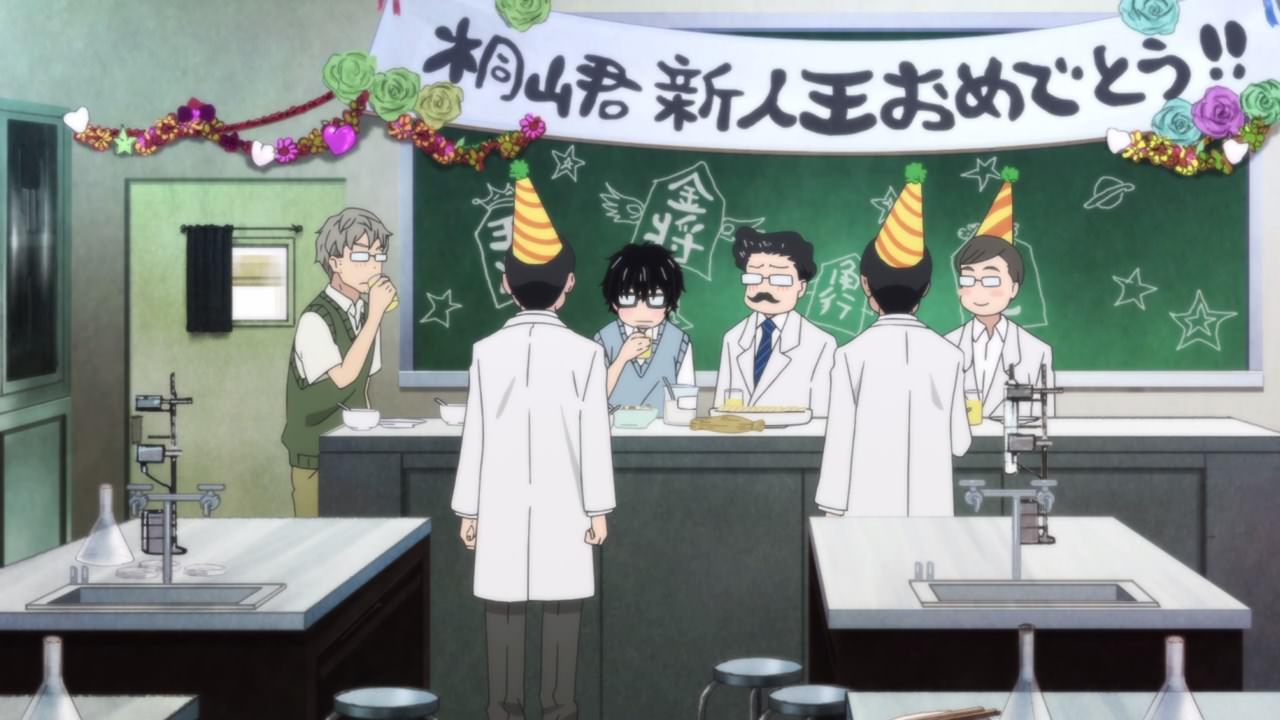 For now, it’s time for a celebration as Eisaku Noguchi and his fellow third-year students are here to congratulate Rei Kiriyama on winning the Newcomers’ Tournament.

On the other hand, Noguchi and the rest of the shogi science club will be retiring soon as they’ll focus on their university entrance exam after summer break. Yeah, it’ll be sad that Kiriyama will be left alone. 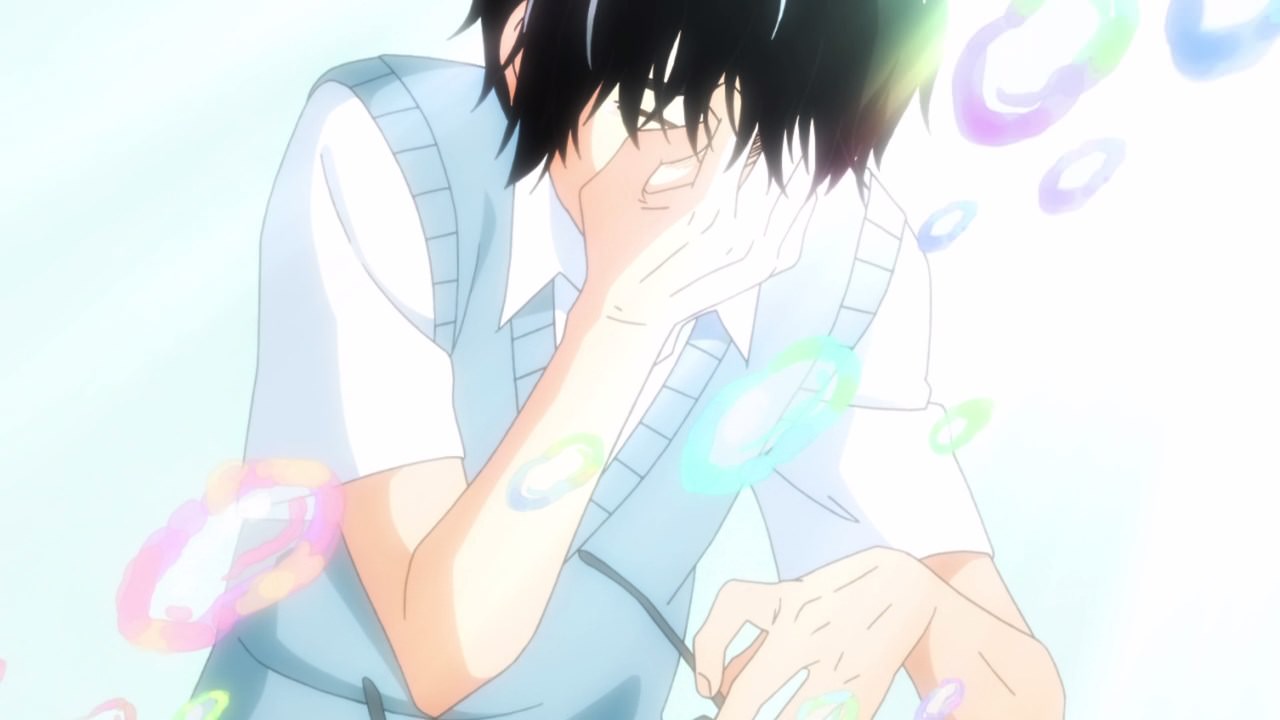 But you know what, I think he’s very happy at the moment because there are people who welcomed Kiriyama wholeheartedly that he’s started crying at the washroom.

Still, with Eisaku Noguchi and his fellow third-year students graduating soon, I think it’s time for Rei Kiriyama to find new members. Oh, and he’s not gonna work it by himself as Takashi Hayashida will help him on recruiting new members in order for the shogi science club to stay afloat. 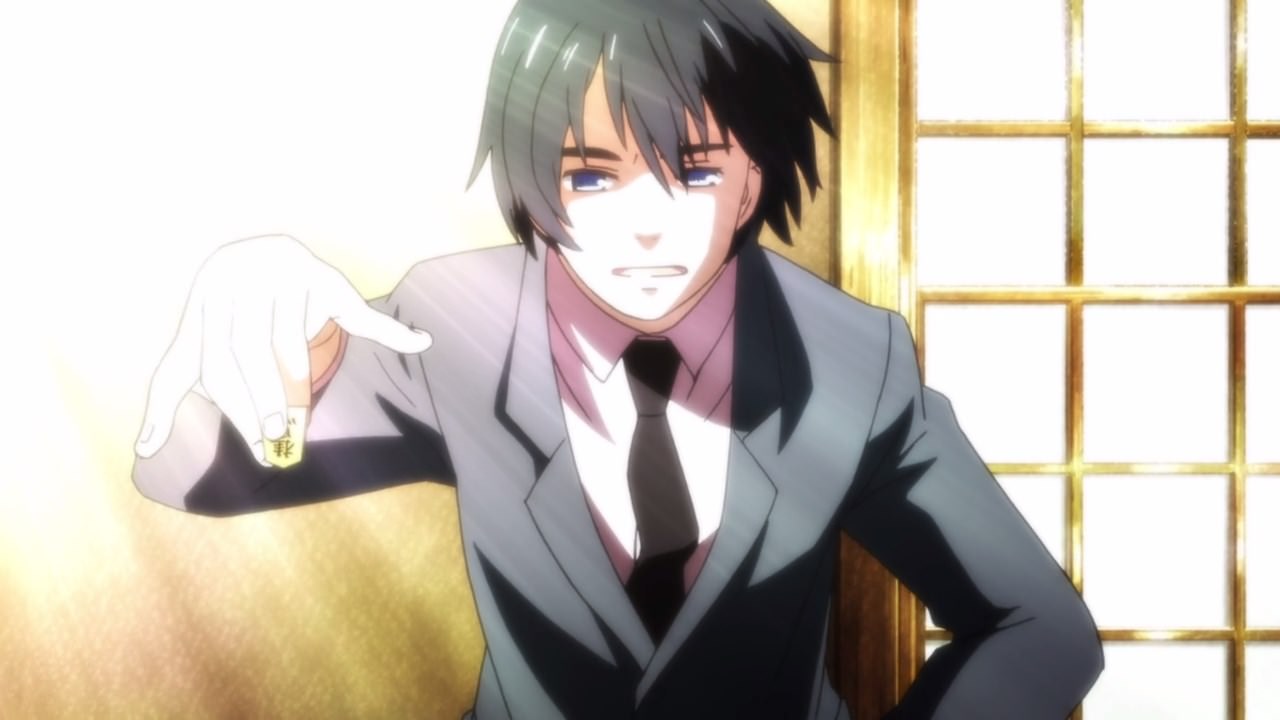 Meanwhile, let’s focus on the Kishou Tournament as we have two challengers remaining. You have Gakuto Sakurai who has the charming charisma. 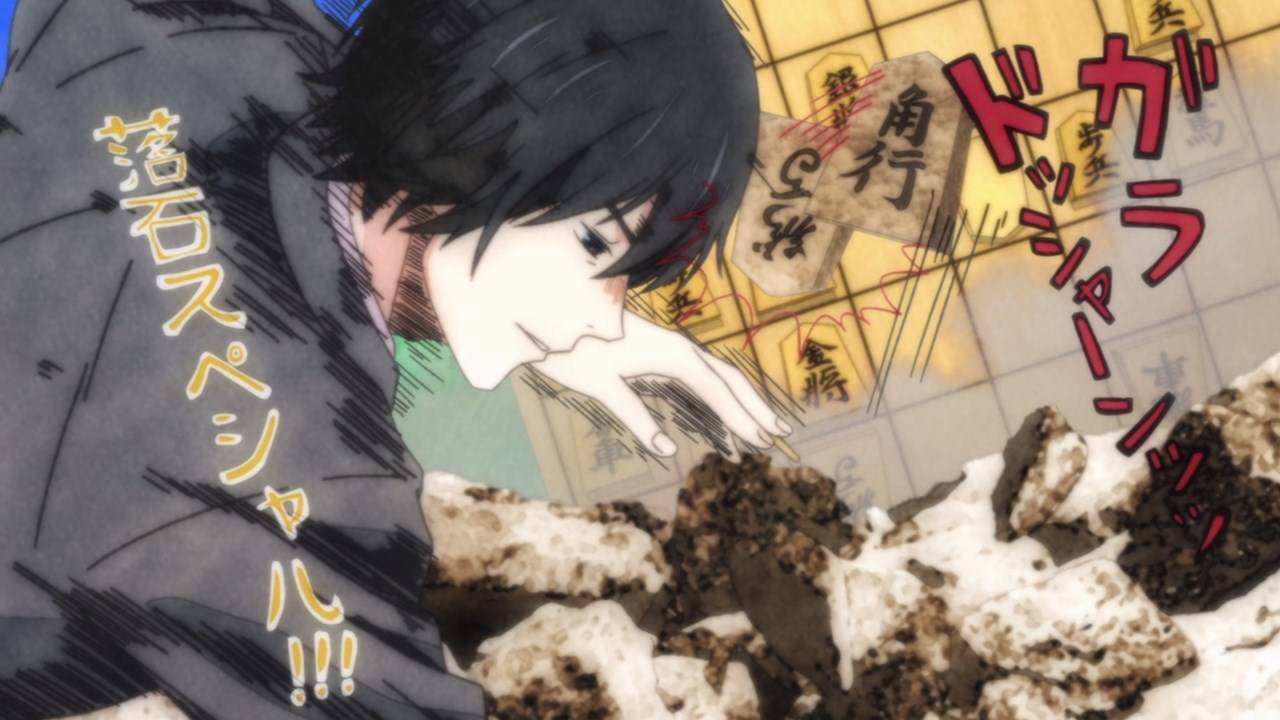 It even reflects on his play style as Sakurai loves to do flashier moves towards his opponent. I wonder who he’s playing against? 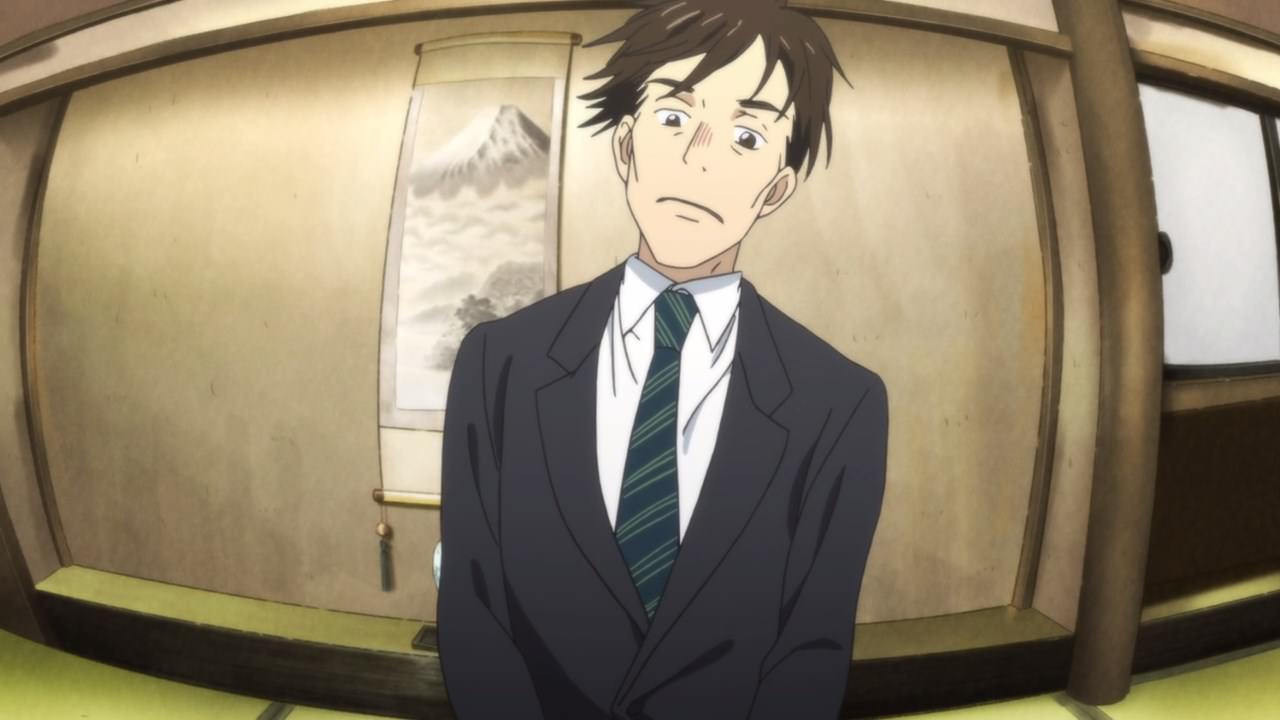 Oh, it’s Kai Shimada as he returned after that big loss towards the current Meijin Touji Souya.

Unlike Gakuto-san, Kai Shimada doesn’t do flashier moves as he plays in a simple manner. 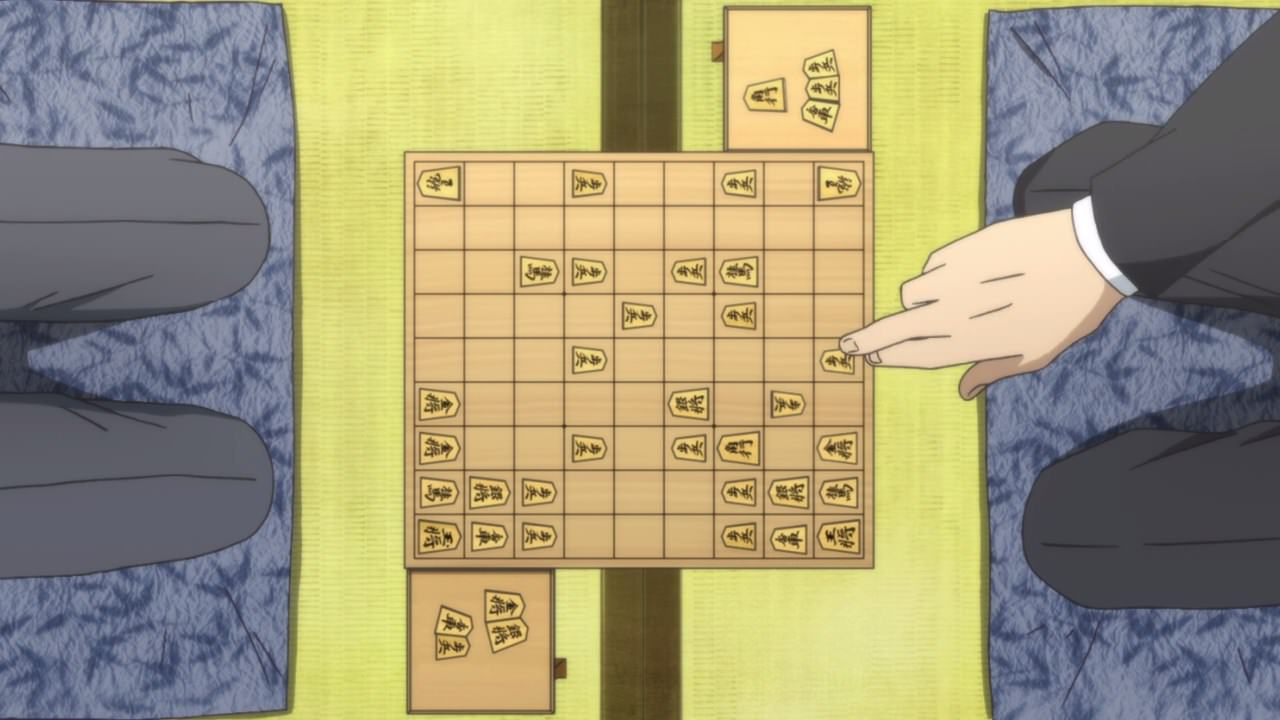 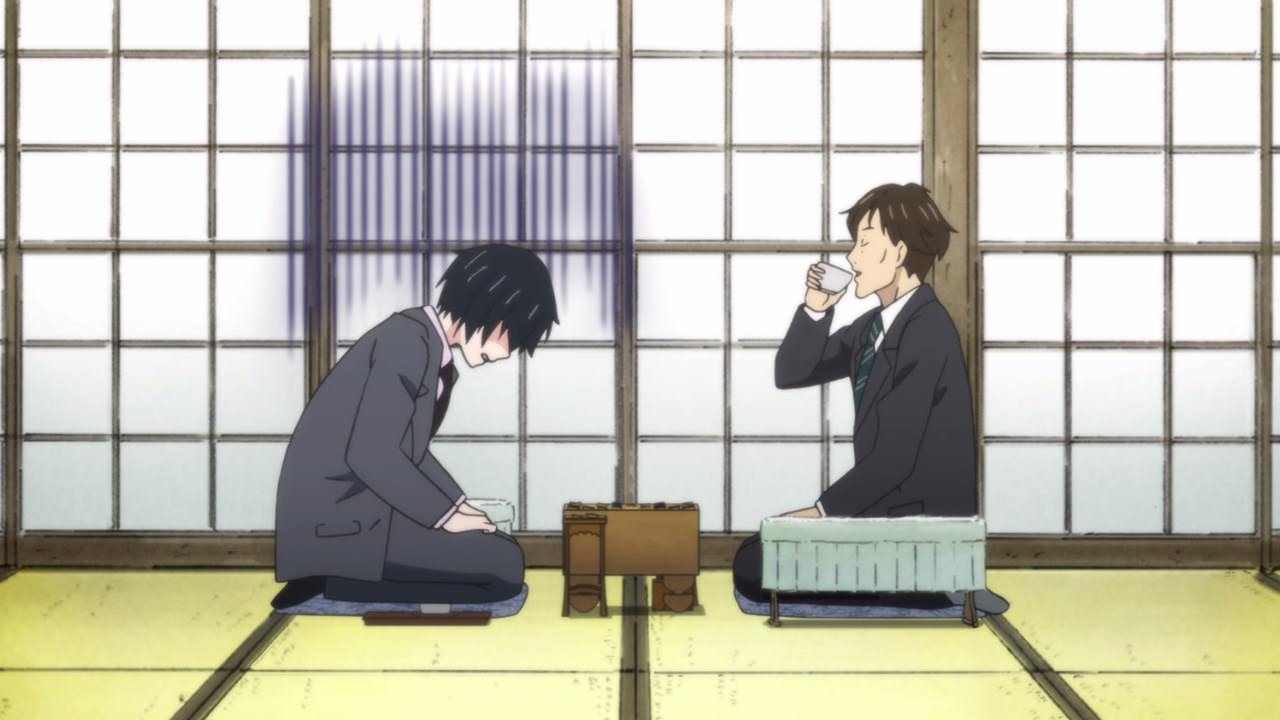 In fact, he doesn’t need to make awesome hand gestures and unnecessary arm movements as long as Shimada has other ways to defeat Sakurai. And speaking of Gakuto Sakurai, he was defeated as his moves are not working well against Shimada.

In any case, that’s about it for the first half as next year will be the start of the second half. Also, don’t forget to watch NHK’s Kohaku Uta Gassen next week. Anyways, see ya next time!