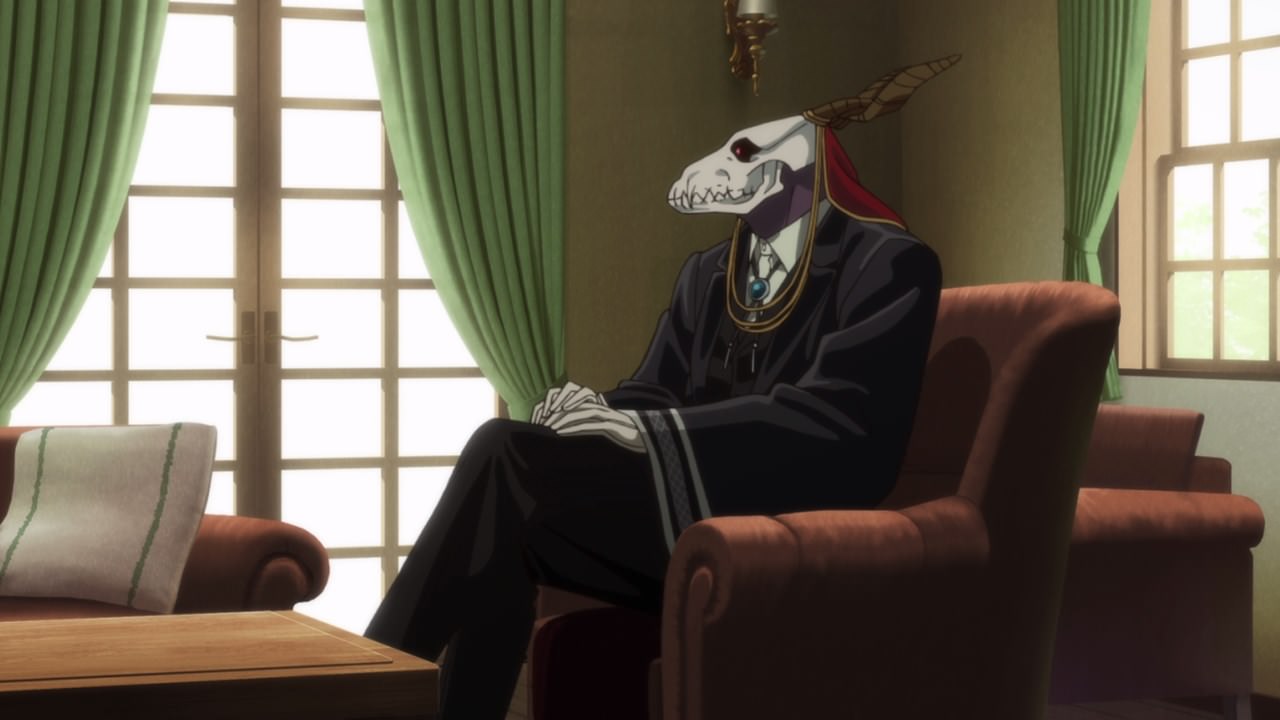 We have reached the halfway point of The Ancient Magus’ Bride as Elias Ainsworth awaits his apprentice/bride Chise Hatori on finishing her wand. 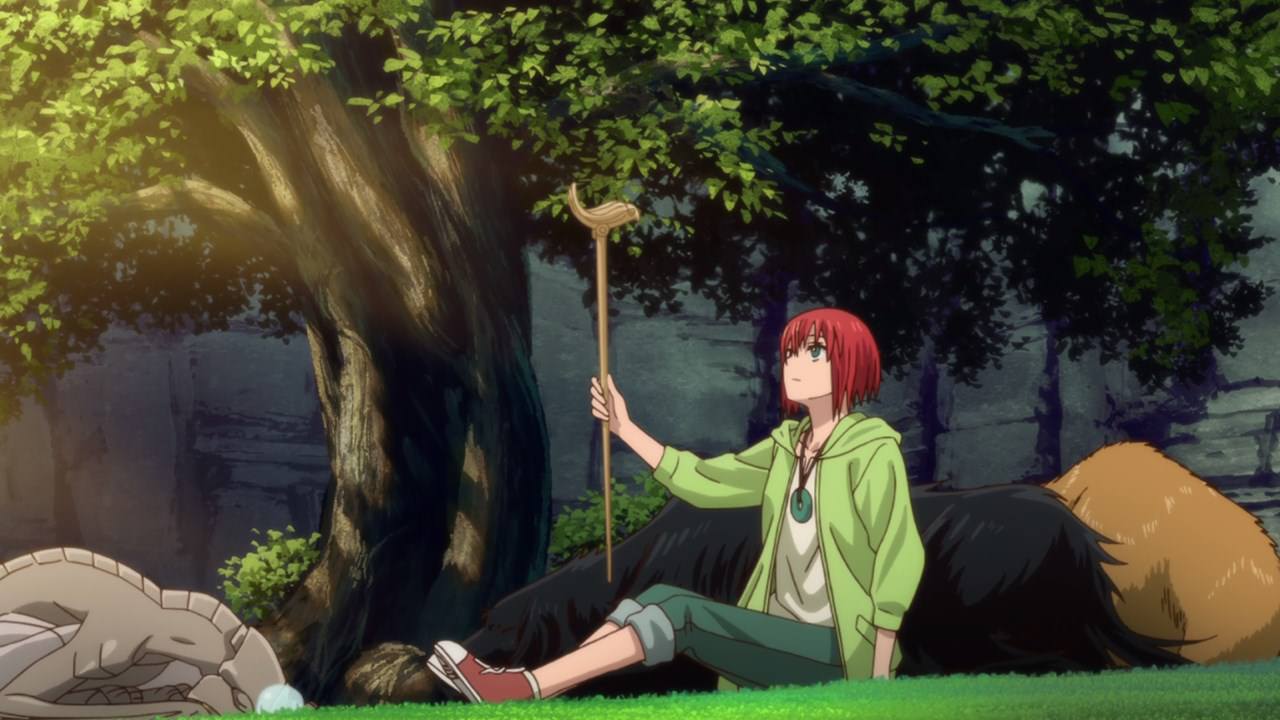 Speaking of Chise Hatori, she finally molded her chosen wood into its finished form. Not bad for a beginner but it needs some final touches. 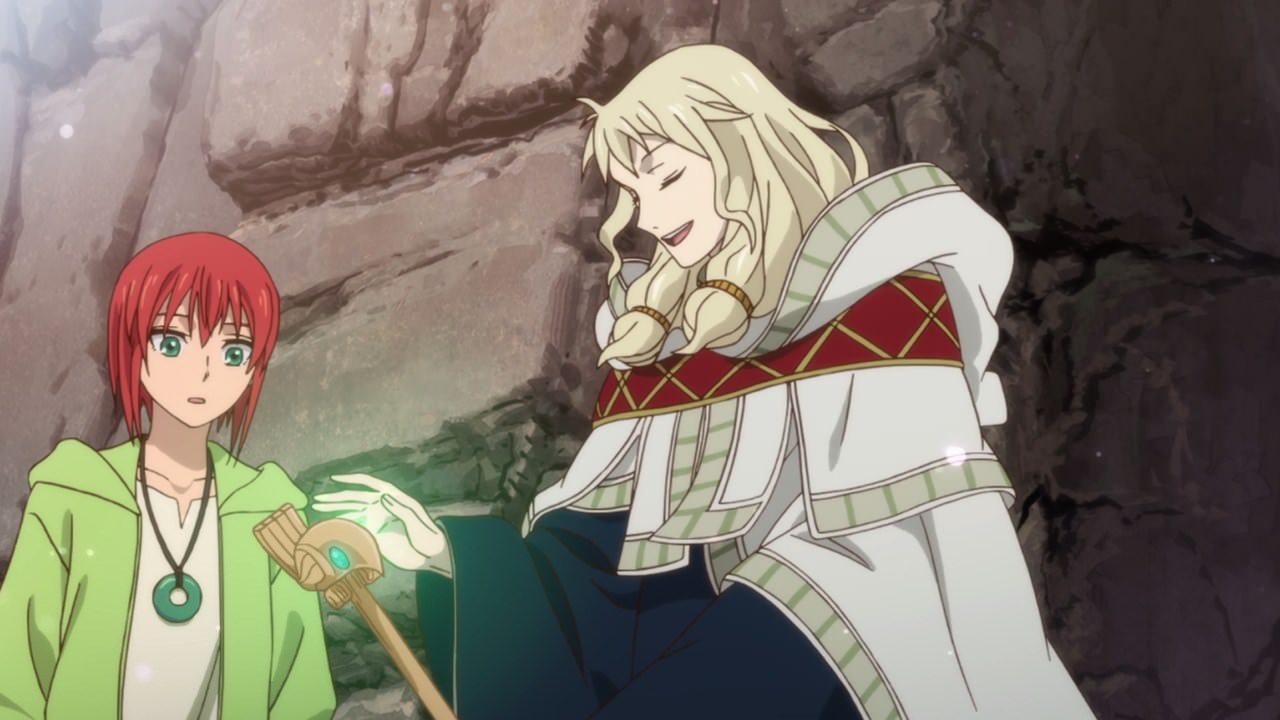 So, it’s up to Lindel to put some decorations and color to Chise’s wand by putting two crystals on each socket, while using her hair to paint it red.

As he chants to draw out its power, Chise’s wand is starting to get its complete form… 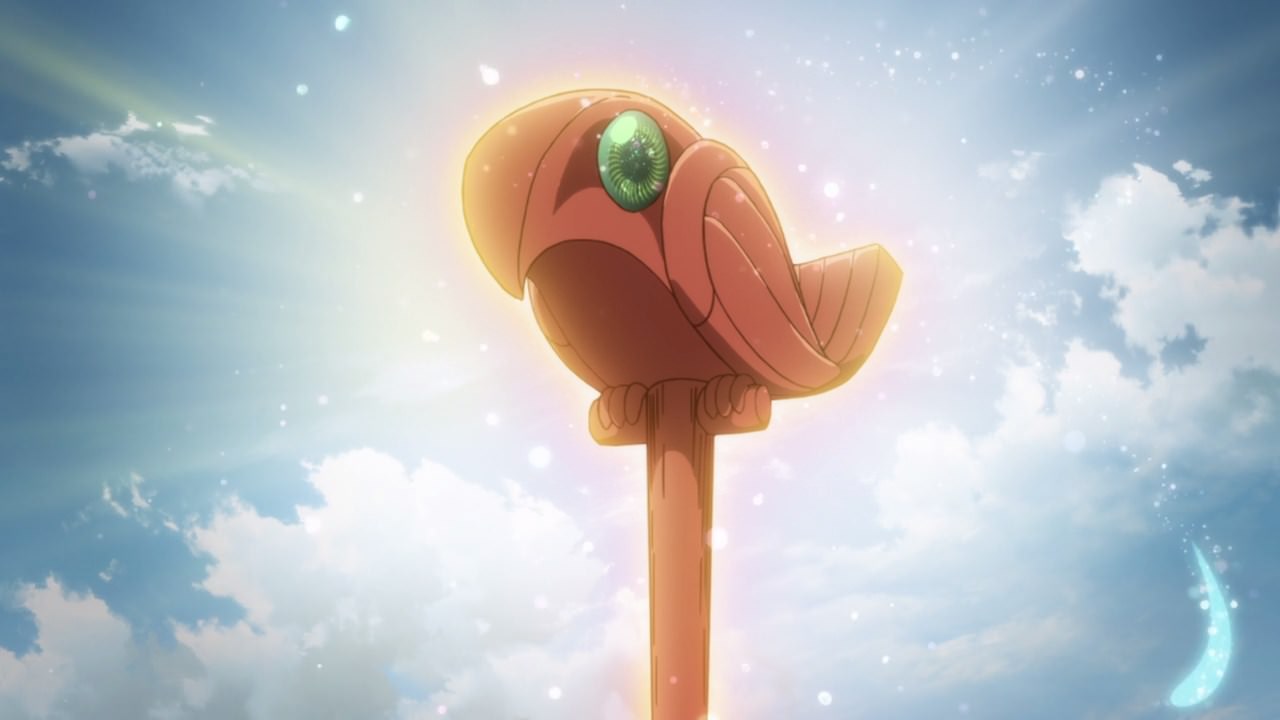 Eventually, the ritual is finished as Chise Hatori’s wand is complete. Its shape and color resembles a robin, while its eyes shine when it hits the sun or even the moon. 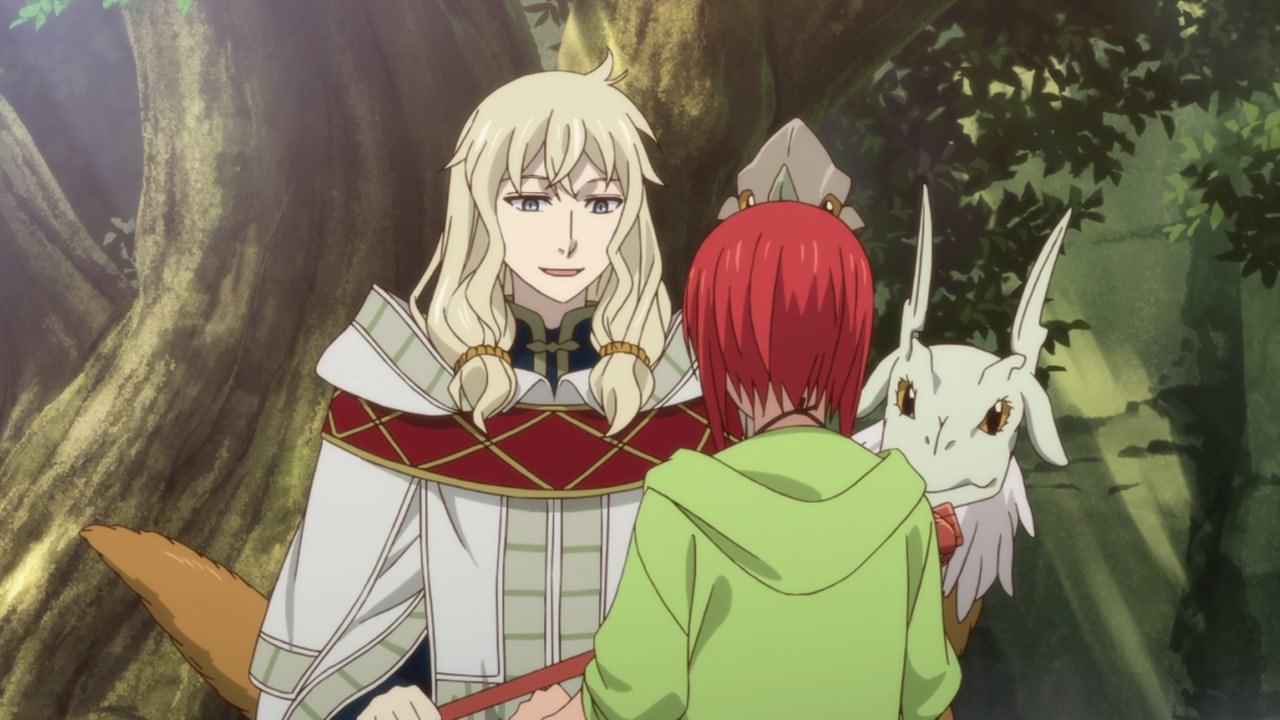 In any case, Lindel gave the completed wand to Chise Hatori. But when she received it, Chise was somewhat transported into another dimension… 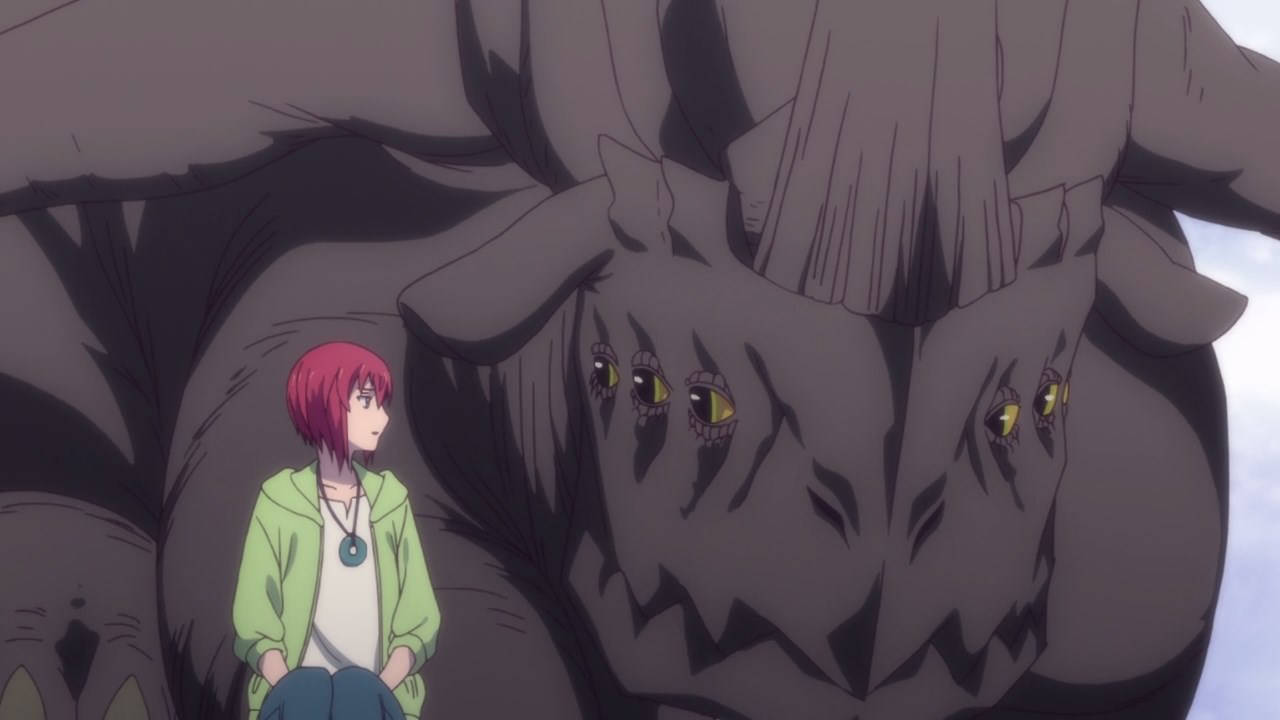 …where she met Nevin before turning into a tree. Oh yes, I forgot to tell you that Chise used one of Nevin’s branches to carve into her wand.

On the other hand, Chise told Nevin about her problems that Elias Ainsworth might abandon her someday much like her biological parents. Of course, Nevin assured her that Elias won’t do that because he expects Chise to be a fine magician. And besides, it was all thanks to Chise that the likes of Nevin, Matthew, and Mina felt at ease in the afterlife. 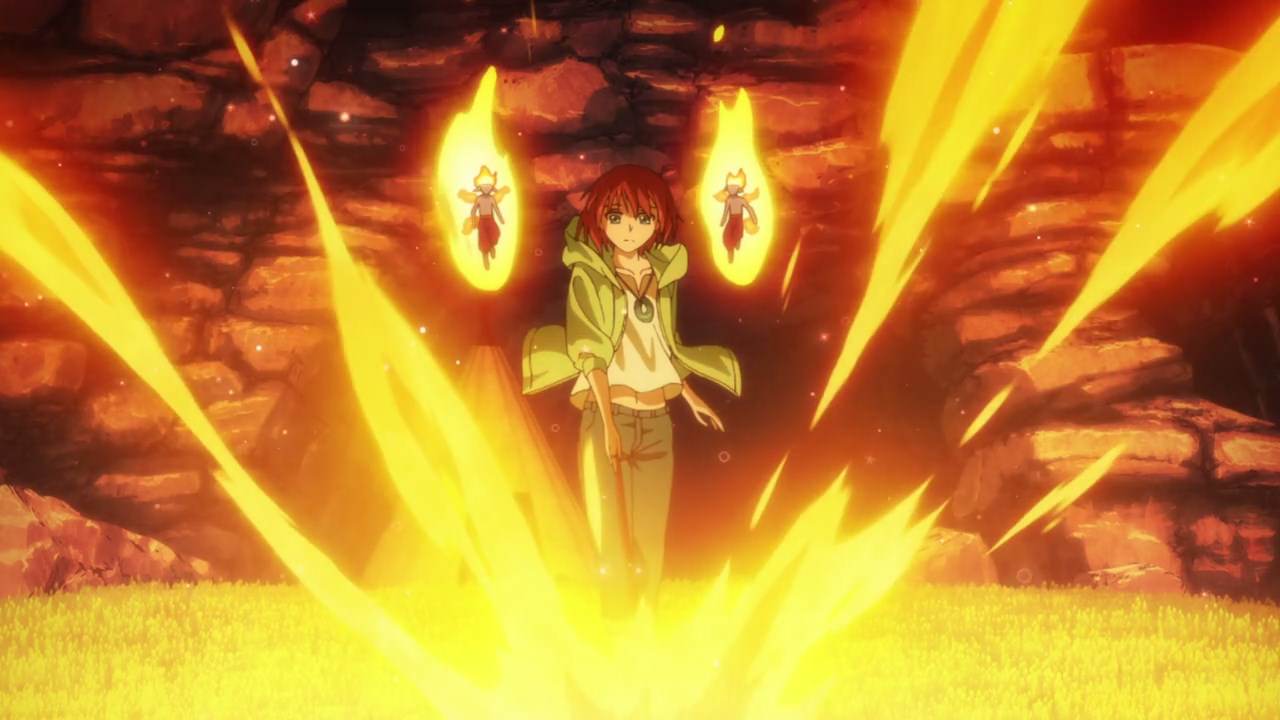 With that said, Chise returned to reality as she uses her brand-new wand in the most spectacular way.

Accompanied by fire fairies, Chise Hatori draws up energy and surround herself in fire… 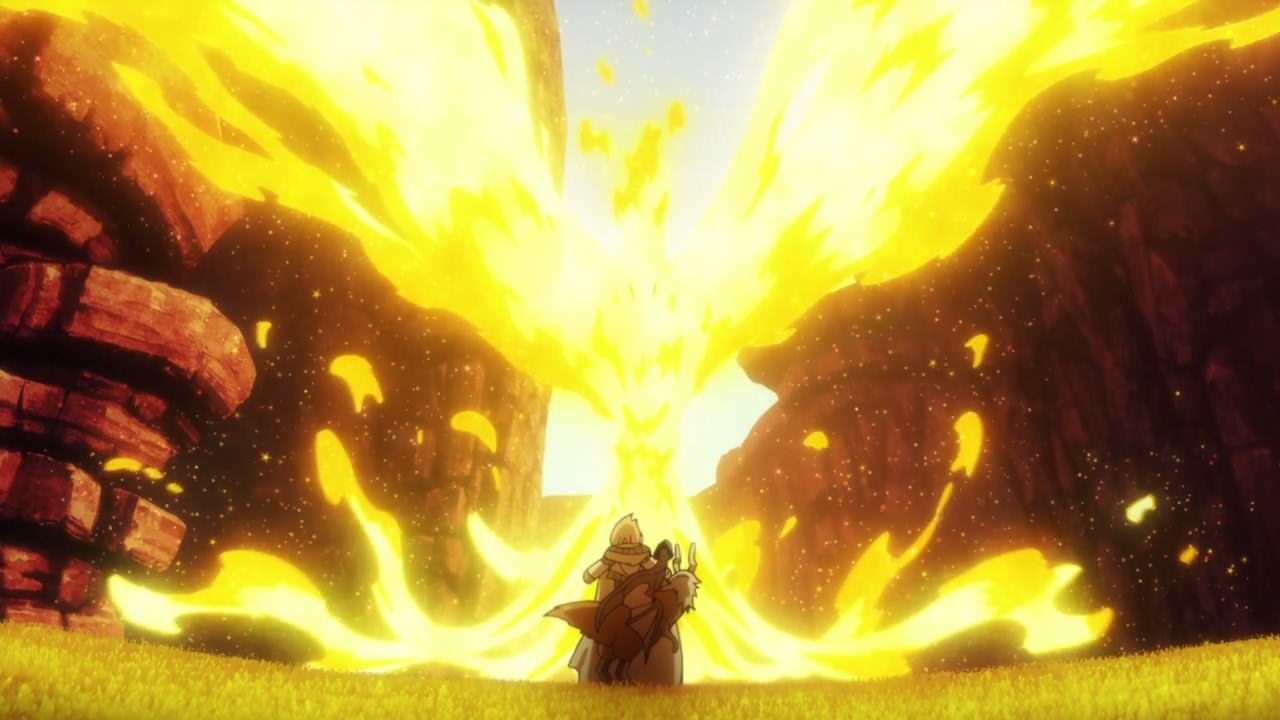 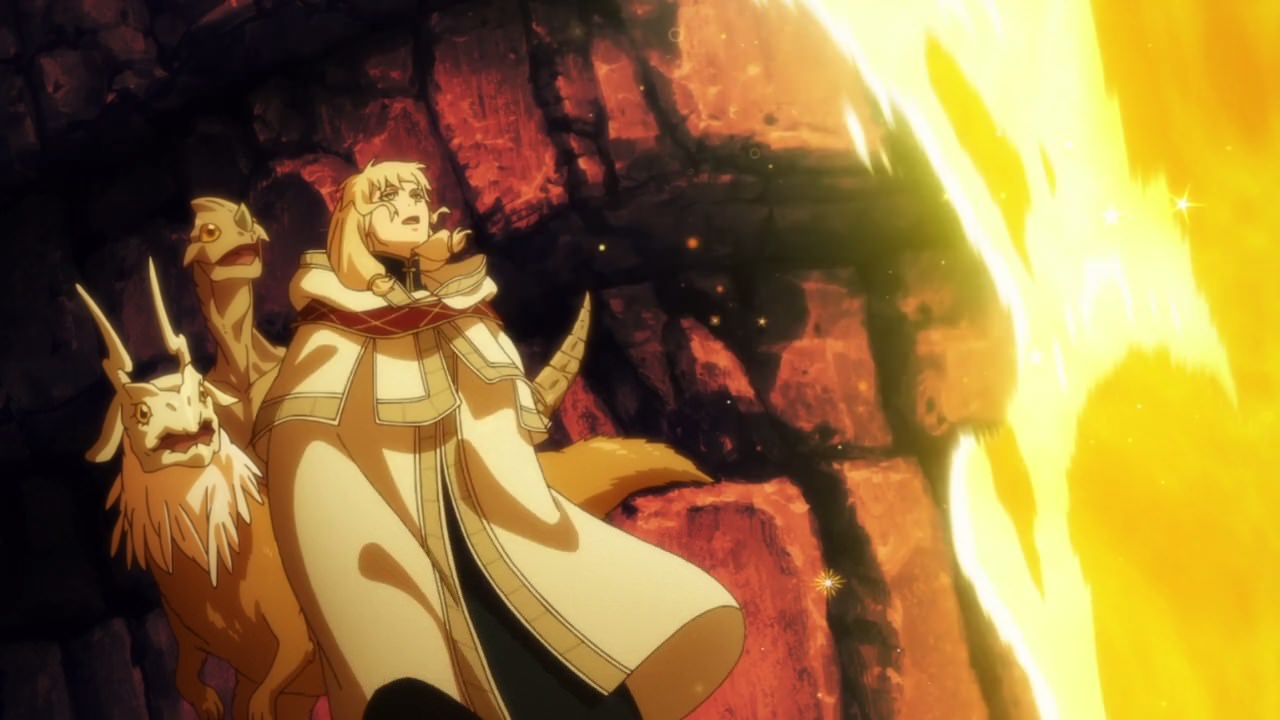 …eventually turning into a phoenix where everyone, including Lindel, were shocked to see her transformation.

I’d say that Chise’s first magic spell is so amazing to watch. Not only that, but having JUNNA singing the opening theme makes this scene very special!

Anyways, Chise Hatori left the land of the dragons as she returns home quickly to see Elias Ainsworth… 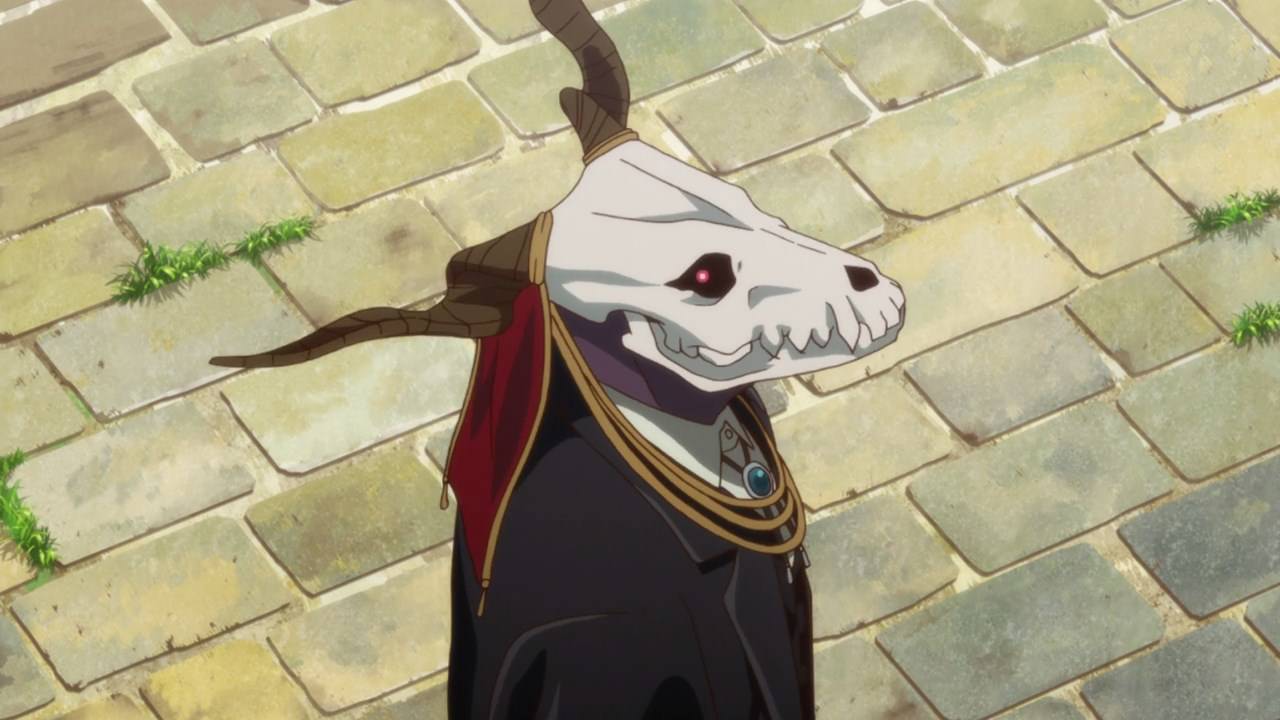 …as the Thorn Mage waits patiently for his apprentice and bride. C’mon, he’s not gonna abandon Chise as he wants to give her a bright future. 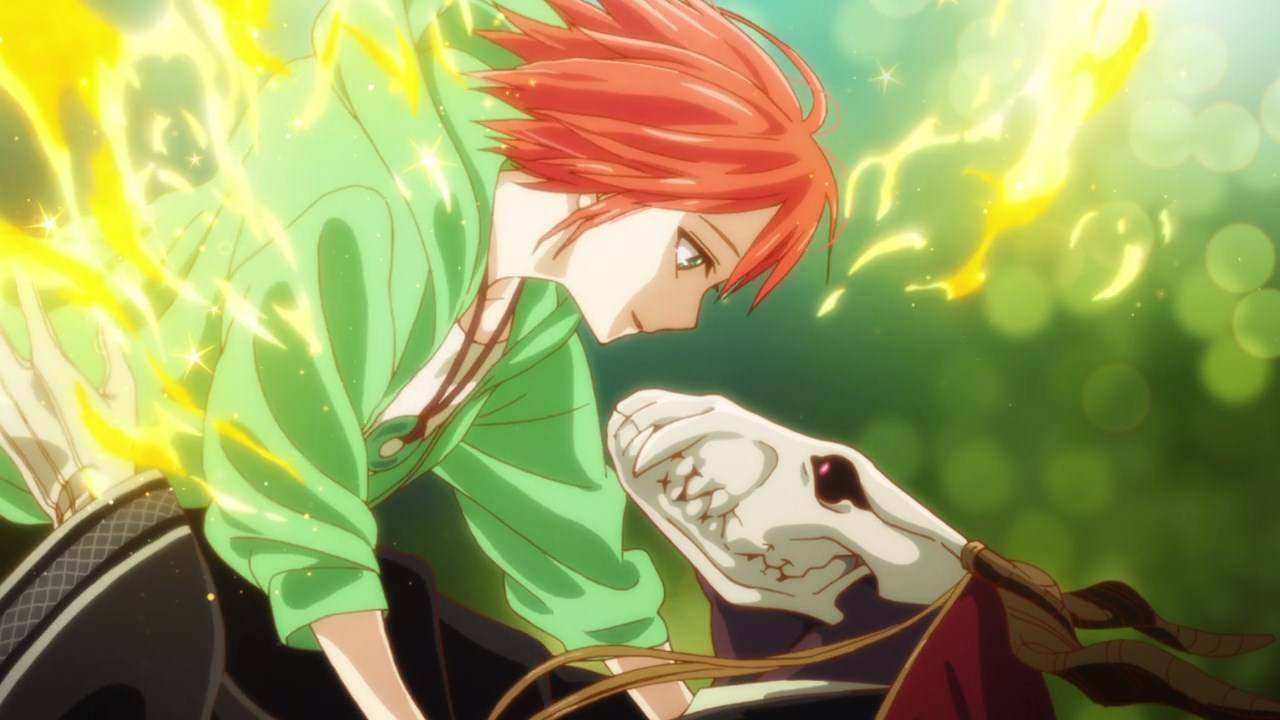 In any case, Chise Hatori has finally returned in Elias’ arms. It was a fantastic reunion after a brief trip to the land of the dragons. I have to say that Chise is becoming more amazing as time passes, although she couldn’t do much due to being a Sleigh Beggy. But let’s not draw into conclusions yet as I’m sure that Elias Ainsworth will find a way to save her life whatever it takes.

And that’s about it for the first half of The Ancient Magus’ Bride as there’s more to come for next year. We don’t know what Joseph/Cartaphilus is planning to do next, nor Mikhail Renfred and his apprentice Alice, but we’re hoping that there would be a light at the end of the tunnel for both Chise Hatori and Elias Ainsworth. With that said, I’ll see you in 2018 for the next episode!