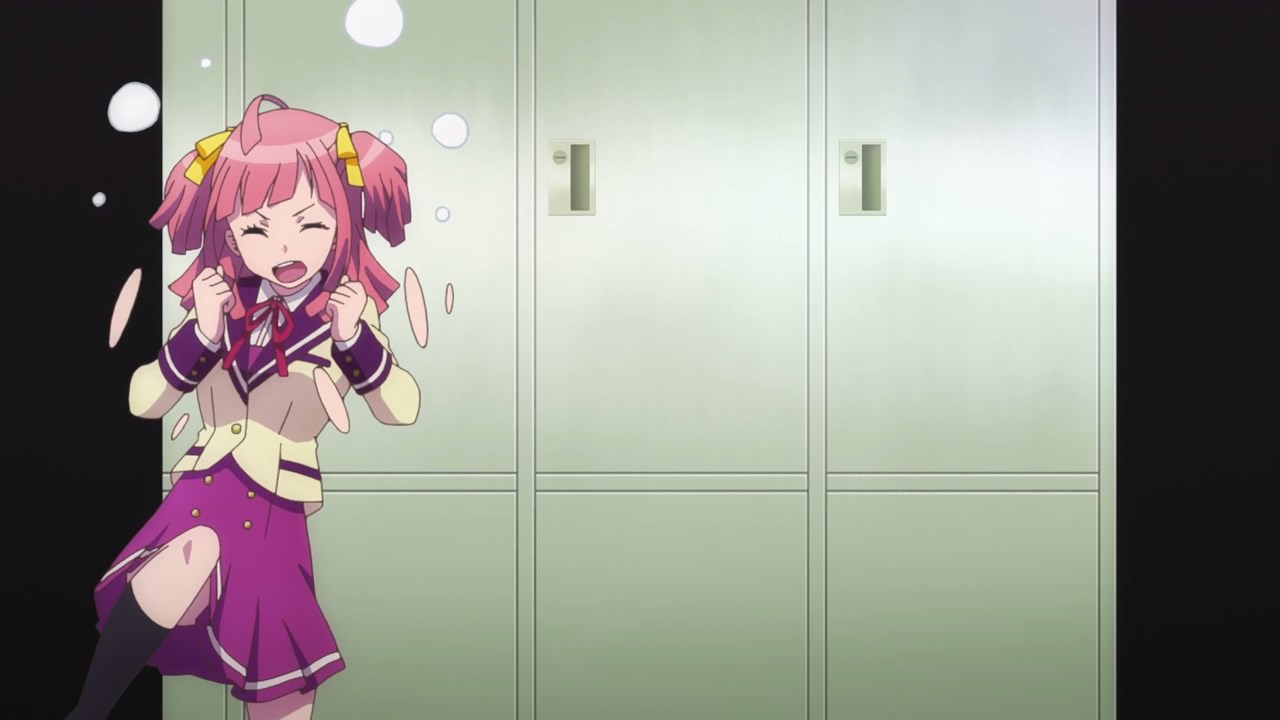 Well, things aren’t looking good for this penultimate episode as Minoa Asagaya almost fell down by these black pillar boxes that old anime shows used it when airing on standard definition TV.

Of course, we’re now watching anime in high definition since analog TV has been phased out, but sometimes anime studios wanted to try making anime by having 80’s to 90’s aesthetic. Regardless, it looks like her surroundings is getting weirder and weirder… 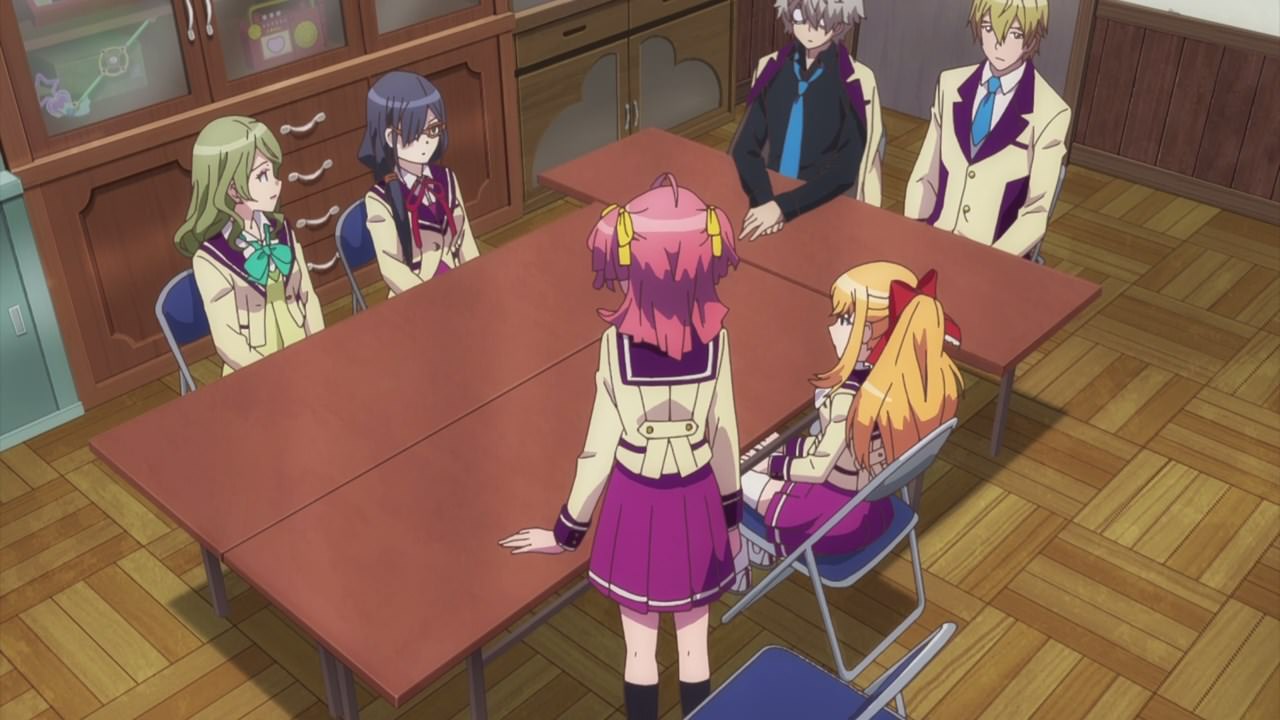 So, they asked her friends from the anime research club for help, which they come to a conclusion that their world is changing genres at the director’s whim, ranging from a harem show to a gag comedy.

Of course, they think that Minoa is getting crazy when seeing something unusual. Heck, Arisu Kamiigusa and Miko Kouenji accused Minoa of hating anime, something that they don’t like as she’ll be similar to Tsubaki Akabane and her cronies. Come to think of it, where’s the school council president? 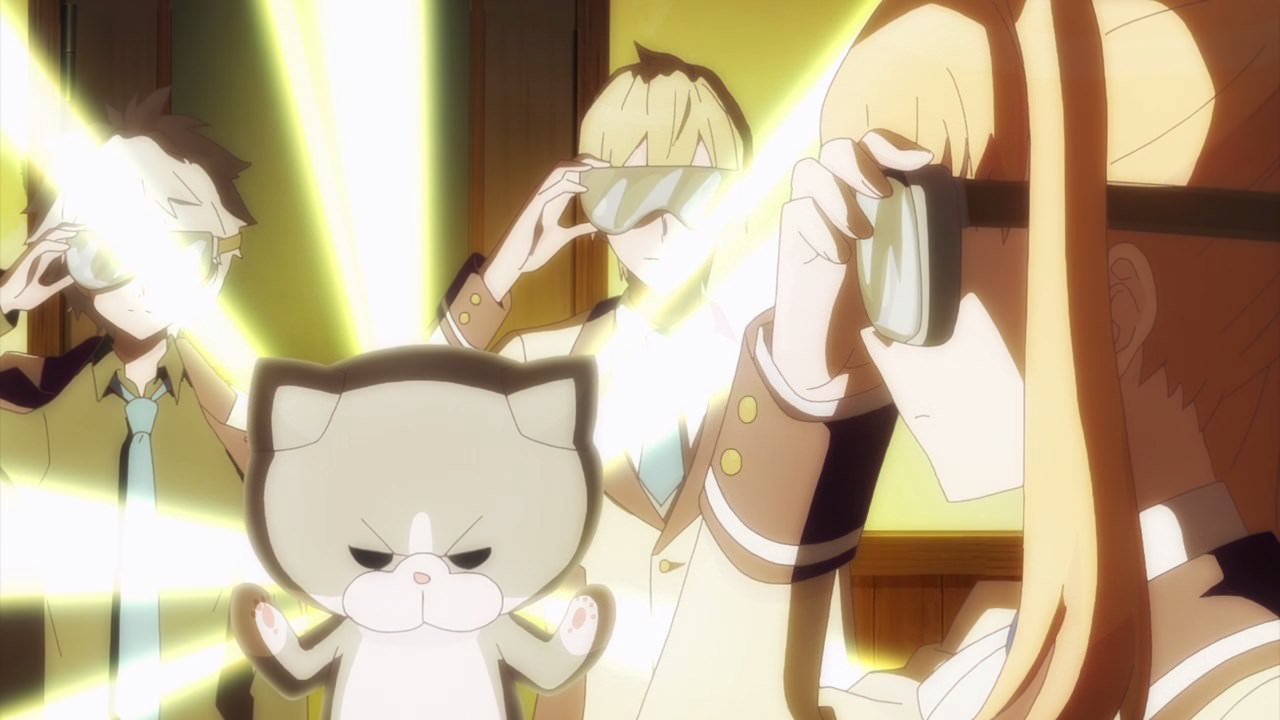 Anyways, there’s only one solution for Minoa’s problems as Neko-sensei will do the most honorable thing to do… 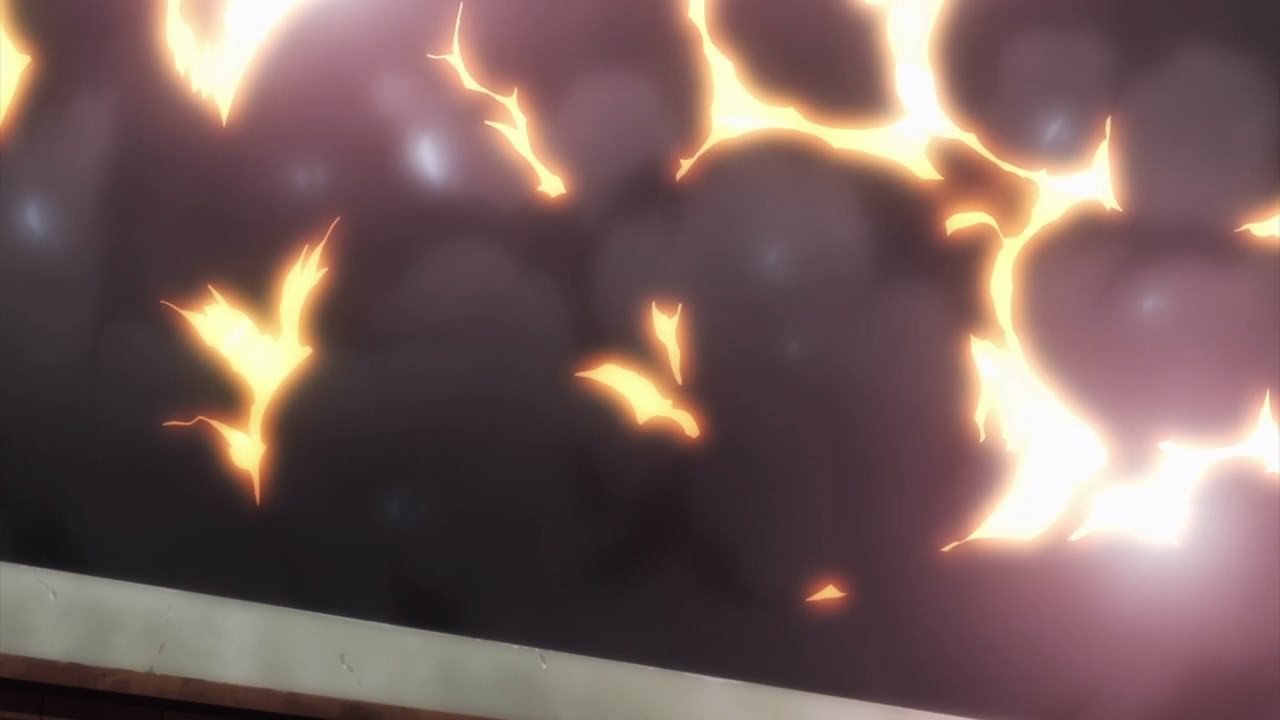 …which is exploding himself, clearing everything including the club room. Then again, it doesn’t solve anything and also, that self-destruction made it worse!

So yeah, the anime tropes leaking into the real world is getting out of hand. 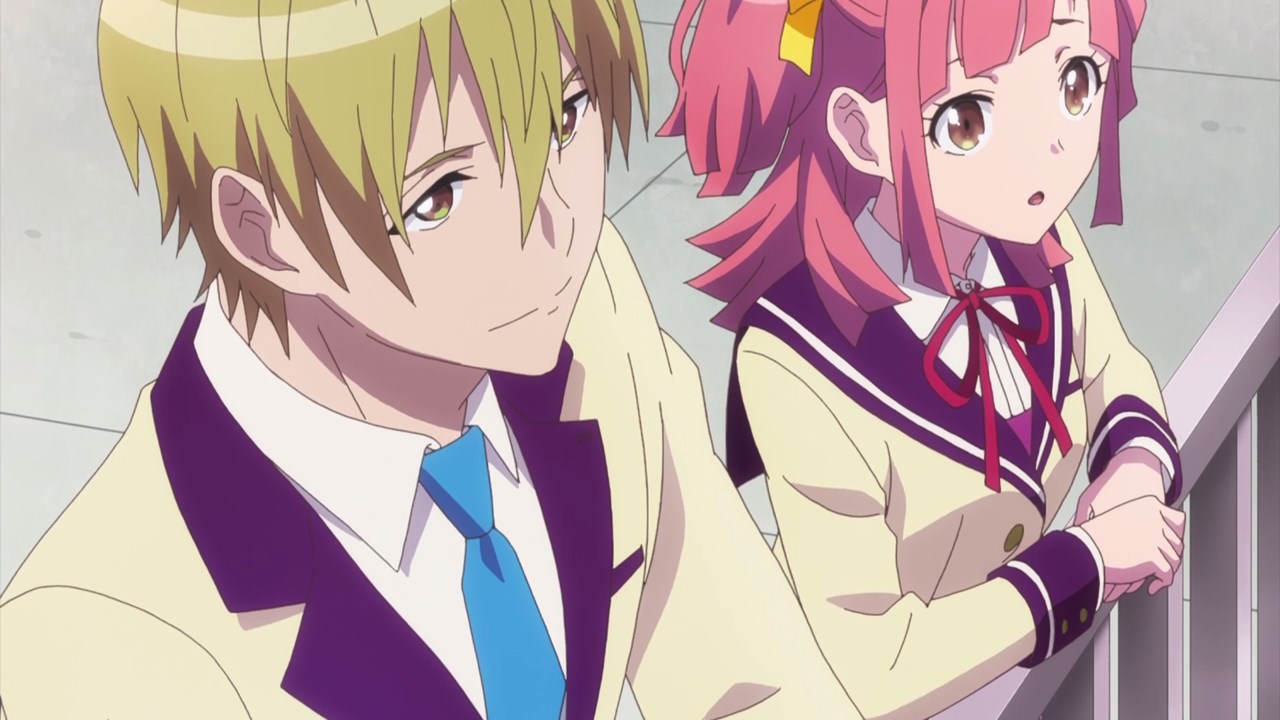 Fortunately, there’s one guy who understands as Kouki Nakano told Minoa Asagaya that there’s a way for those weird anime tropes to disappear in the real world.

You know, I don’t trust Nakano at all every since he back-stabbed the anime club to the principal back in Episode 9, so I have a feeling that he’ll just betray Minoa-chan again! 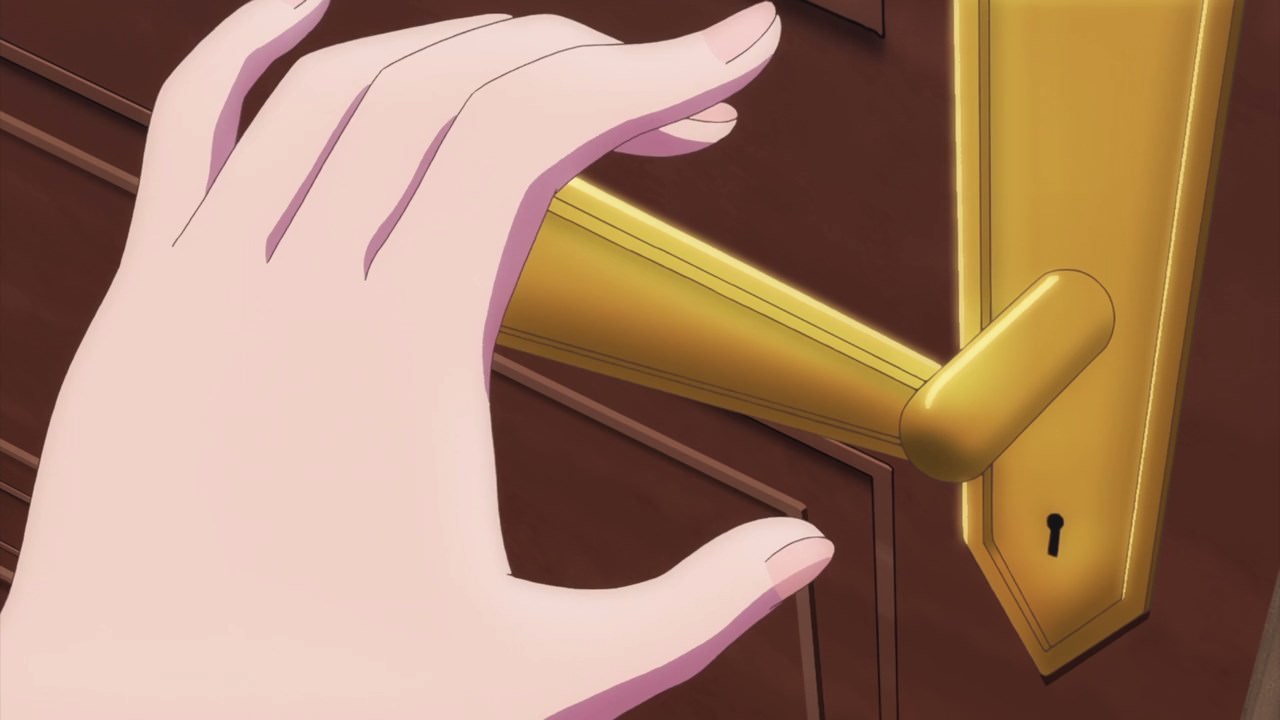 Now then, Kouki told Minoa that the only way to stop those anime tropes from leaking out… is to open the secret door in the club room so that it can suck out those tropes back to where they belong. 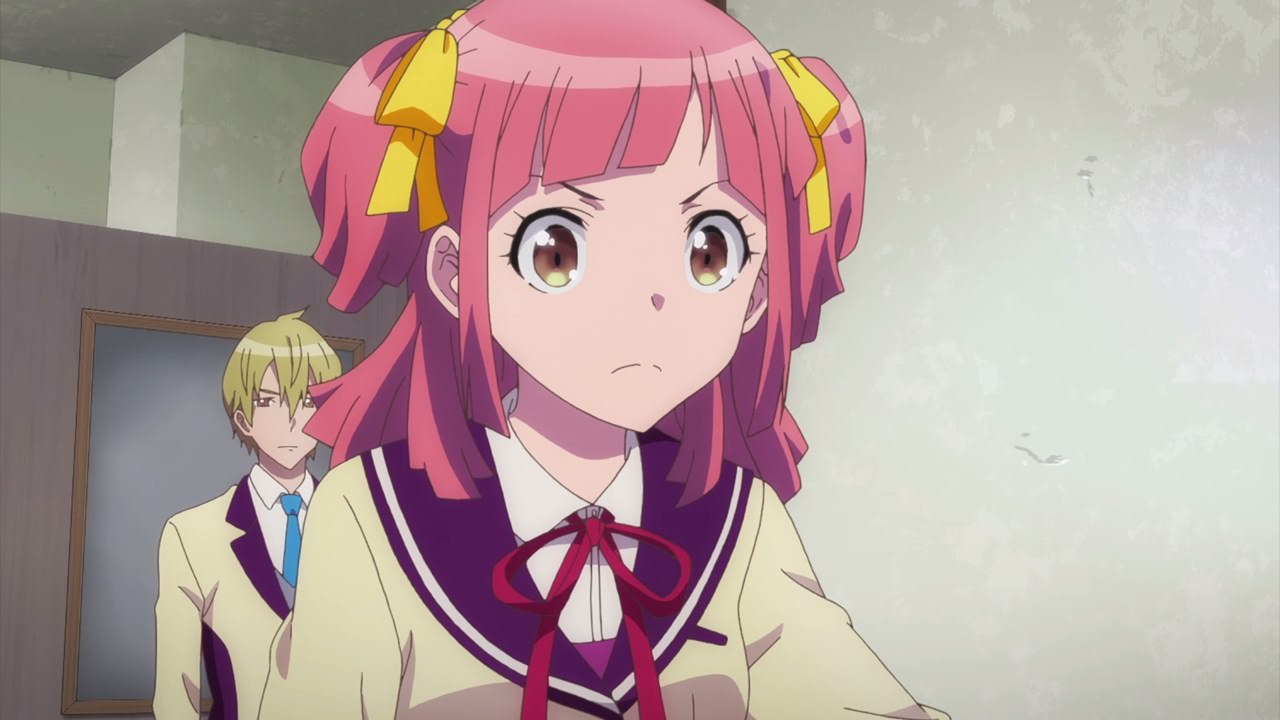 Then again, I doubt that it’ll work because Neko-sensei told Minoa Asagaya before that she must not open the forbidden door that leads to the secret room at all times. But wait, there’s no issue of Minoa opening the secret room back in Episode 7, so I think that there’s nothing wrong will happen.

Never mind, seems that opening the forbidden door is dangerous when weird things are happening at Sakaneko Academy at the moment! 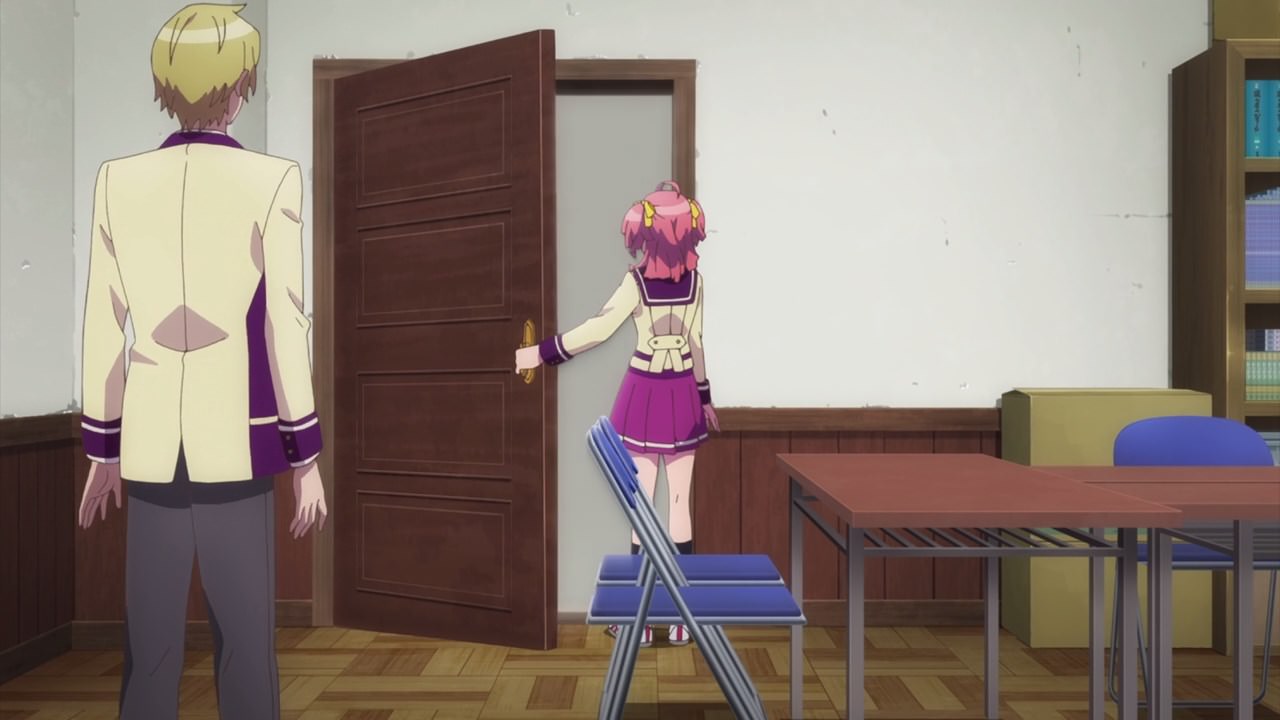 Anyways, Minoa opened the forbidden door in which Neko-sensei forbid her to do so, but Kouki Nakano convinced Asagaya to open it. 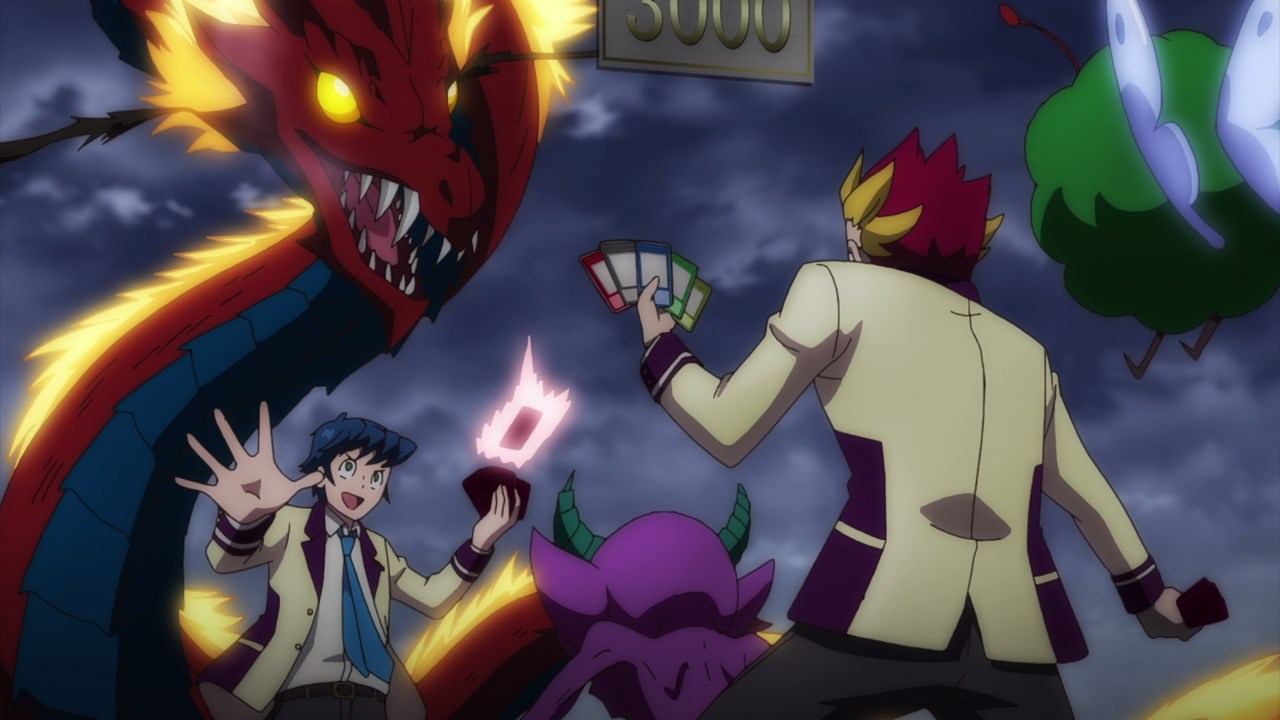 But thanks to Minoa deliberately opened the forbidden door, everything went nuts from putting summoned monsters, playing card games on motorcycles, every anime trope that’s unrealistic to do has arrived on this world!

Basically, everything is turning into anime. Come to think of it, are we getting an anime-ception where an anime show where the cast are talking about anime, suddenly turning their world into an anime world? Damn, I can’t wrap around this kind of logic! 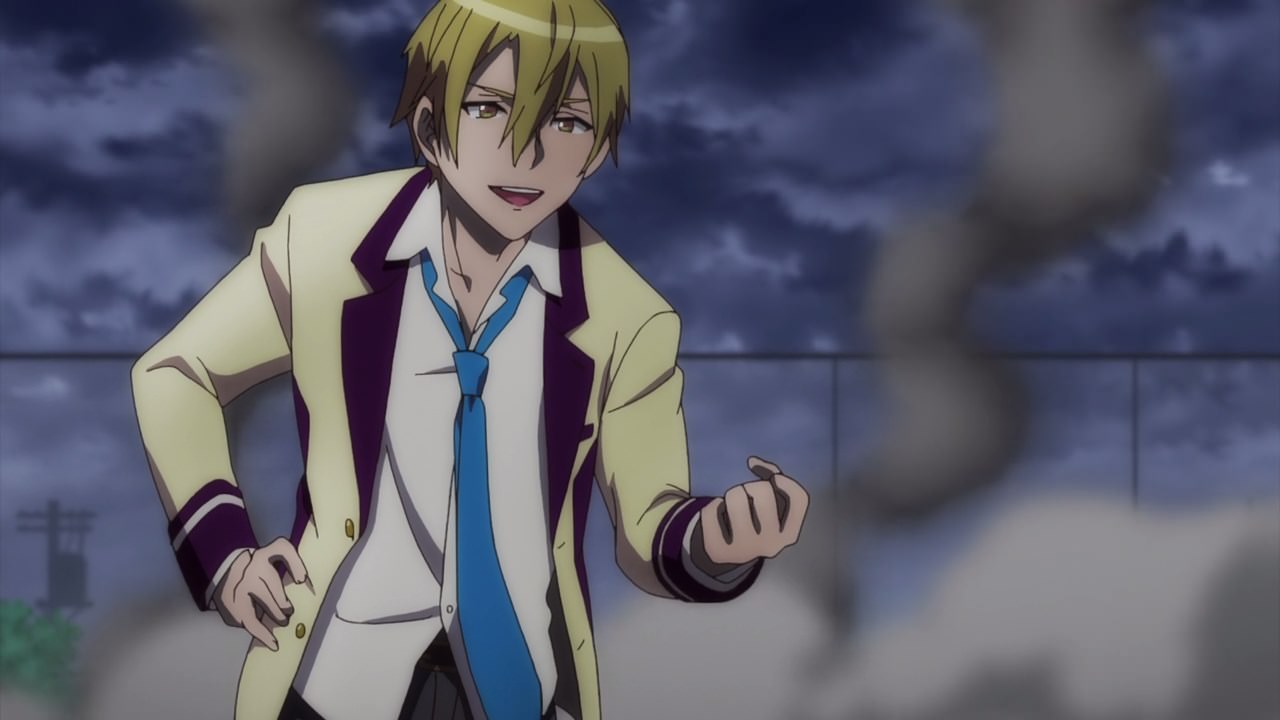 Also, Kouki Nakano revealed himself as Aurora who actually came from the anime world. Also, he doesn’t like being called as Aurora for some damn reason but Kouki Nakano is just a sub-boss as he revealed the true final boss. 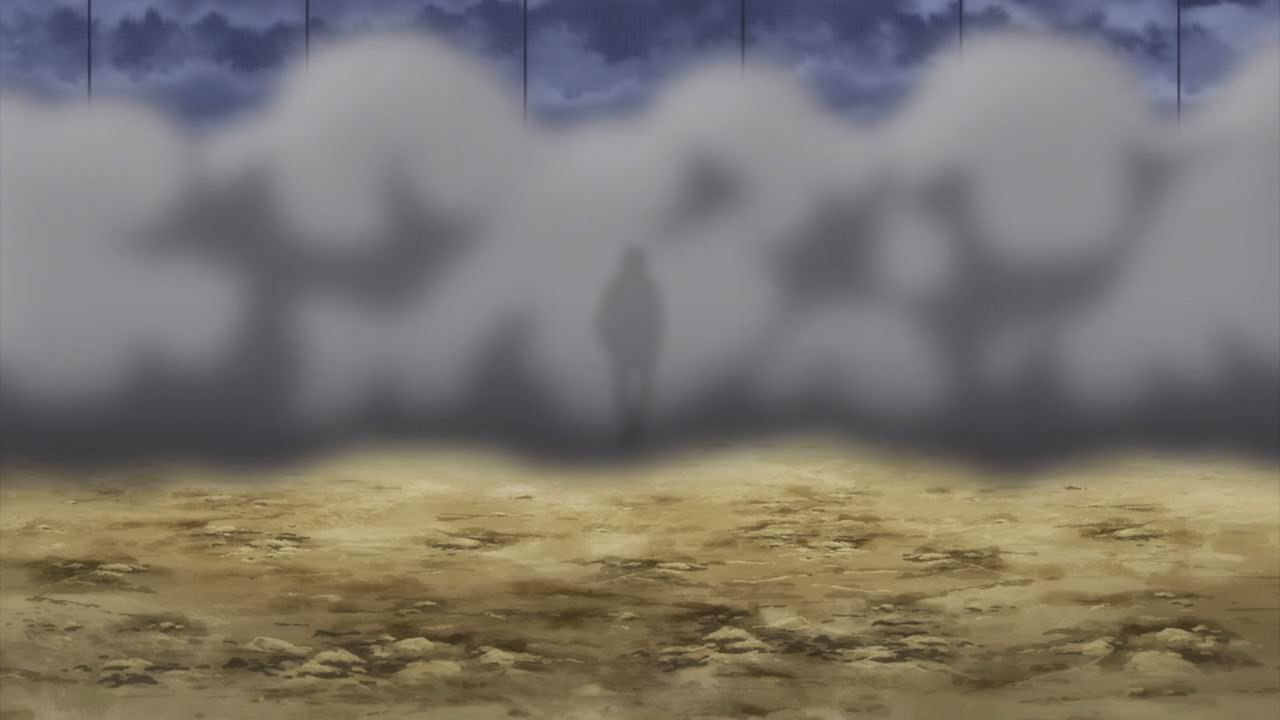 Now then, it’s the moment that we’re waiting for as Animegataris revealed the big bad who made Minoa-chan very miserable! This true final boss… 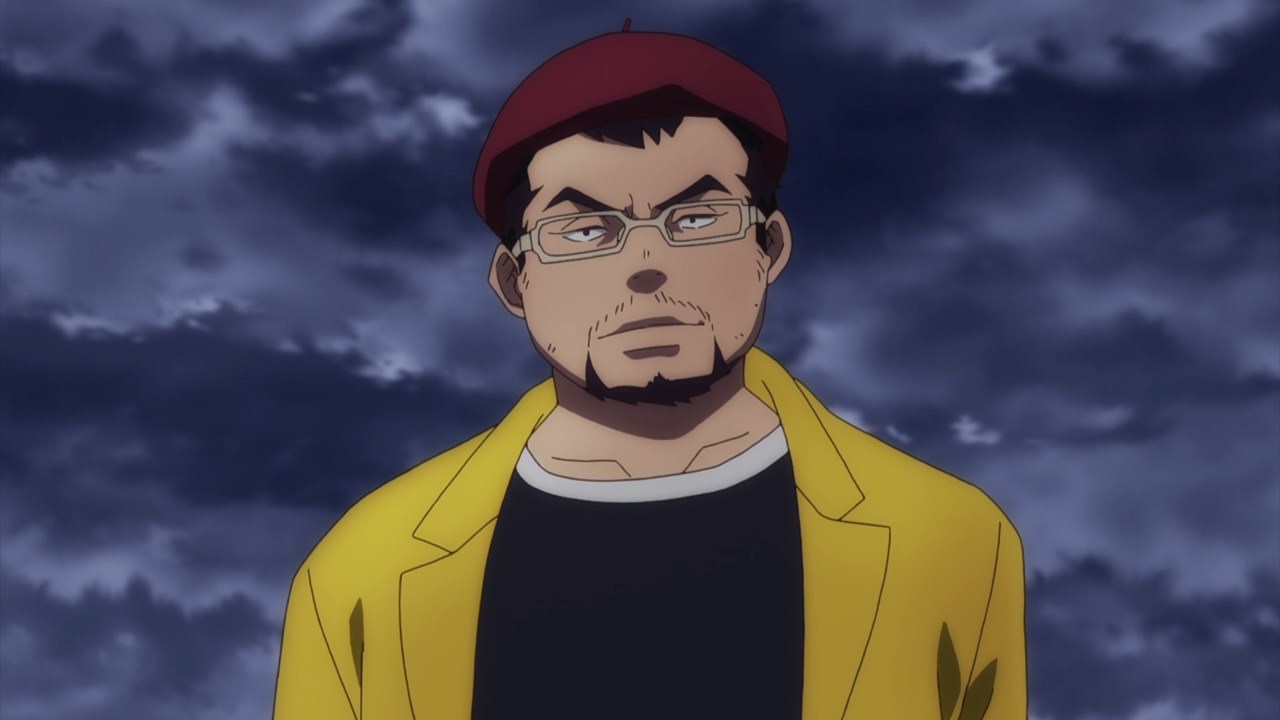 …happened to be this guy who actually got the beret from Episode 1. Wow, that makes sense now but wait a minute, why Kouki or Aurora wanted to show the last boss of this anime anyway as he’s just a random person, who turned out to be the director of this series? Ugh, I don’t freakin’ get it!

Anyways, I’ll see you next time for the finale of Animegataris and I have a feeling that Minoa will forget about it as the events of this episode will be all just a dream.