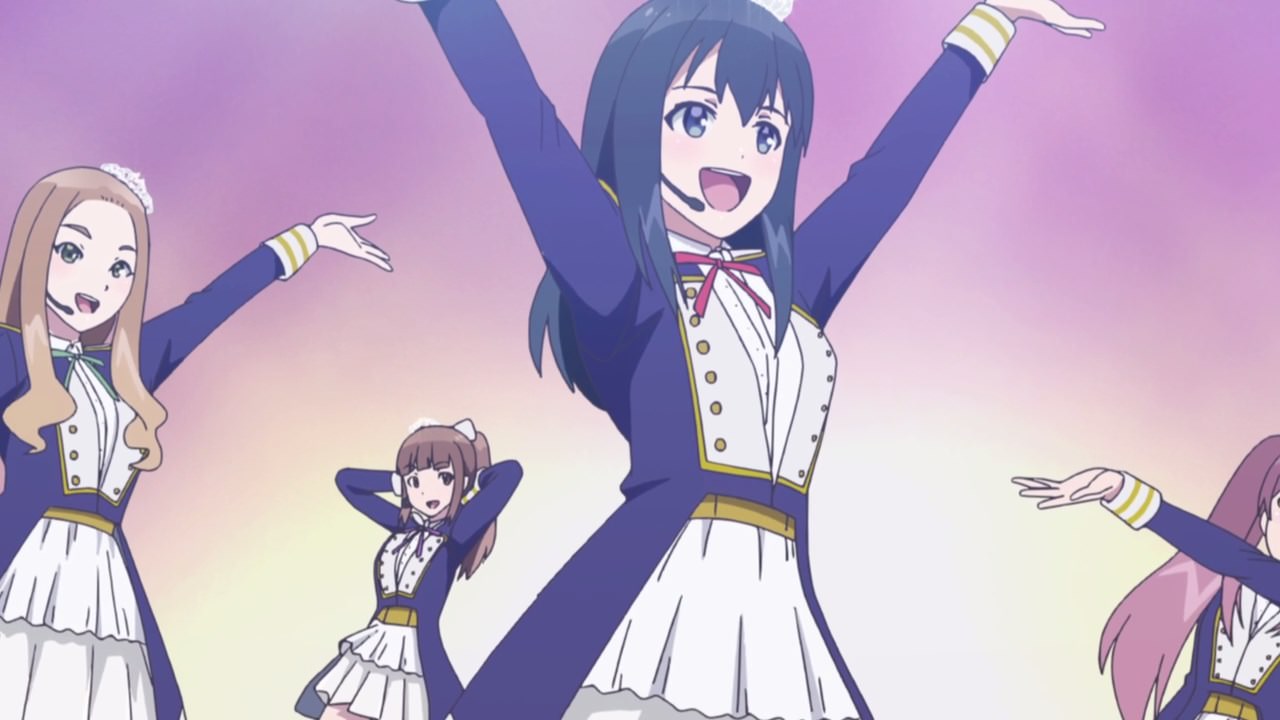 Hey guys and gals, the national tour for Wake Up, Girls! has begun and while they’re doing fine at the moment, Mayu Shimada and the rest are finding ways to improve themselves, especially their new song “Polaris” where Tasuku Hayasaka composed the song while they created their own lyrics that’s worthy of Hayasaka’s approval. 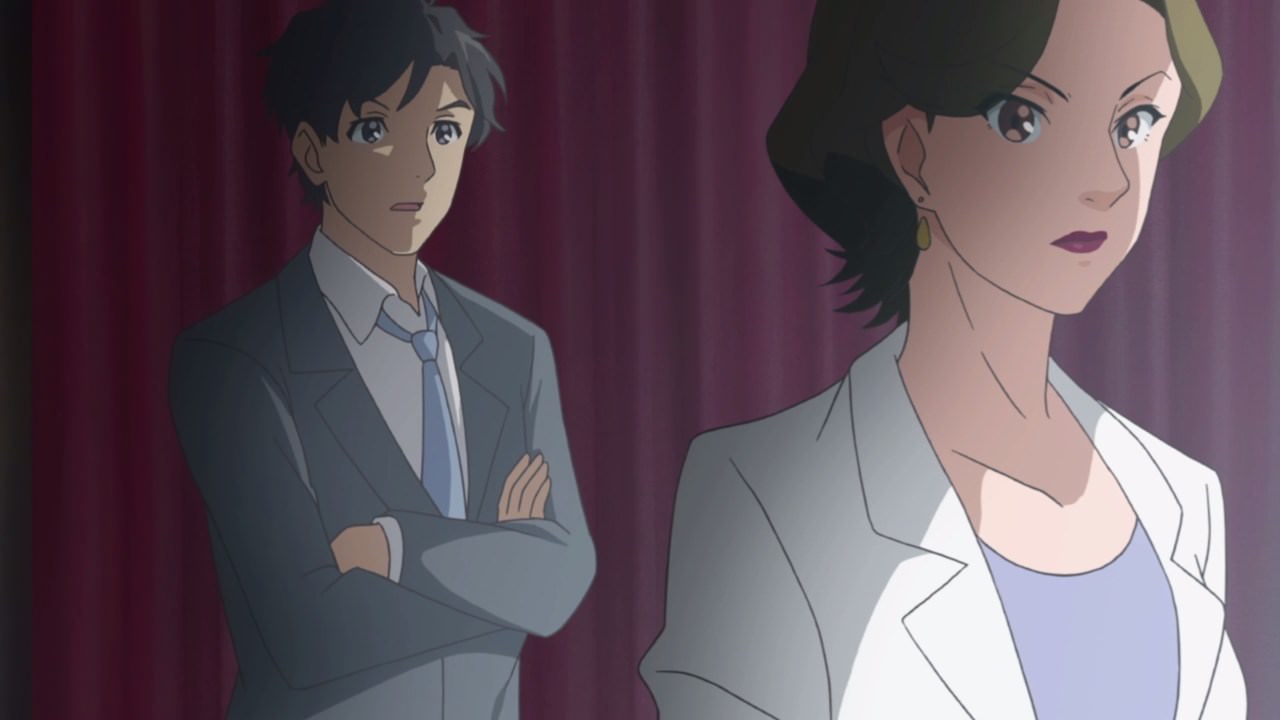 Of course, the elephant in the room is the venue for the final leg as Sendai Stadium is being taken over by Makina X, something that both President Junko Tange and Manager Kouhei Matsuda are worried about it.

Thus, they need to find a replacement quickly or it’ll be a disaster when ticket holders are demanding refunds when they found out that the final leg is cancelled. 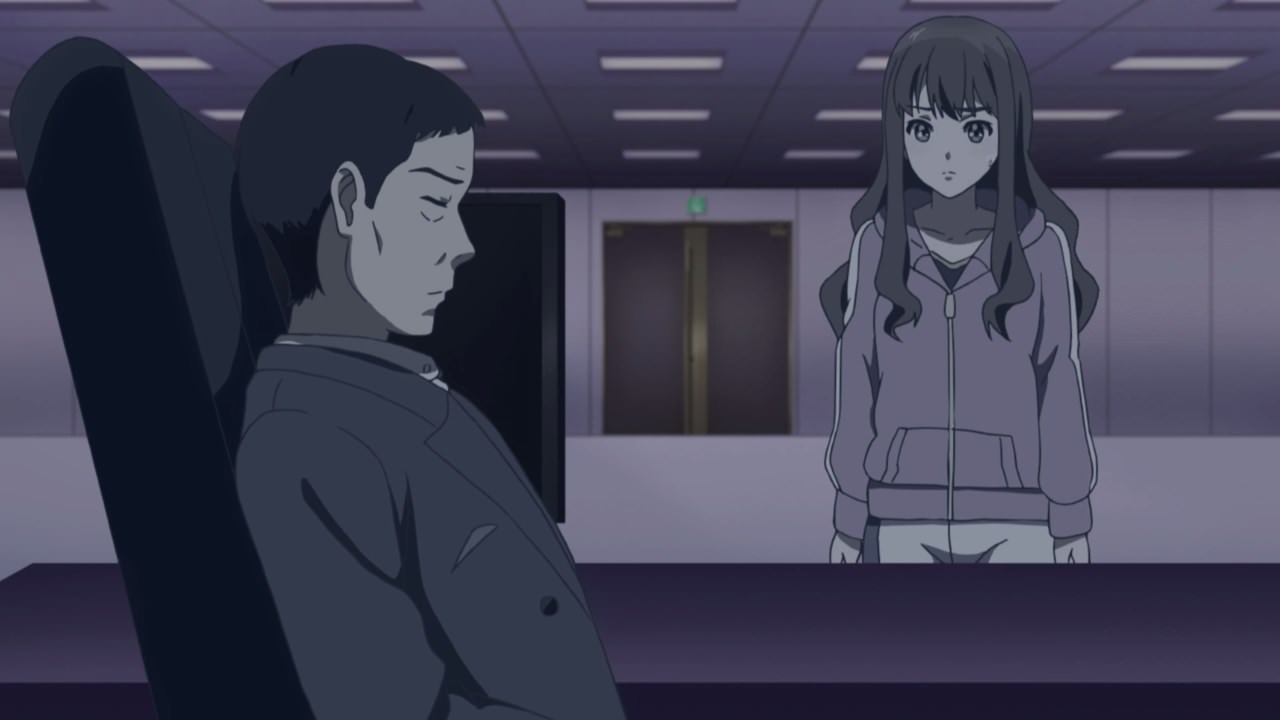 Meanwhile, Shiho Iwasaki tries to convince Tooru Shiraki on saving the Hakata Theater or even Next Storm.

But alas, Shiraki’s decision is final and no matter what Shiho says, he’ll fallen into deaf ears as he’s doing it for the future of I-1 Club, not for some individual or a small idol unit. 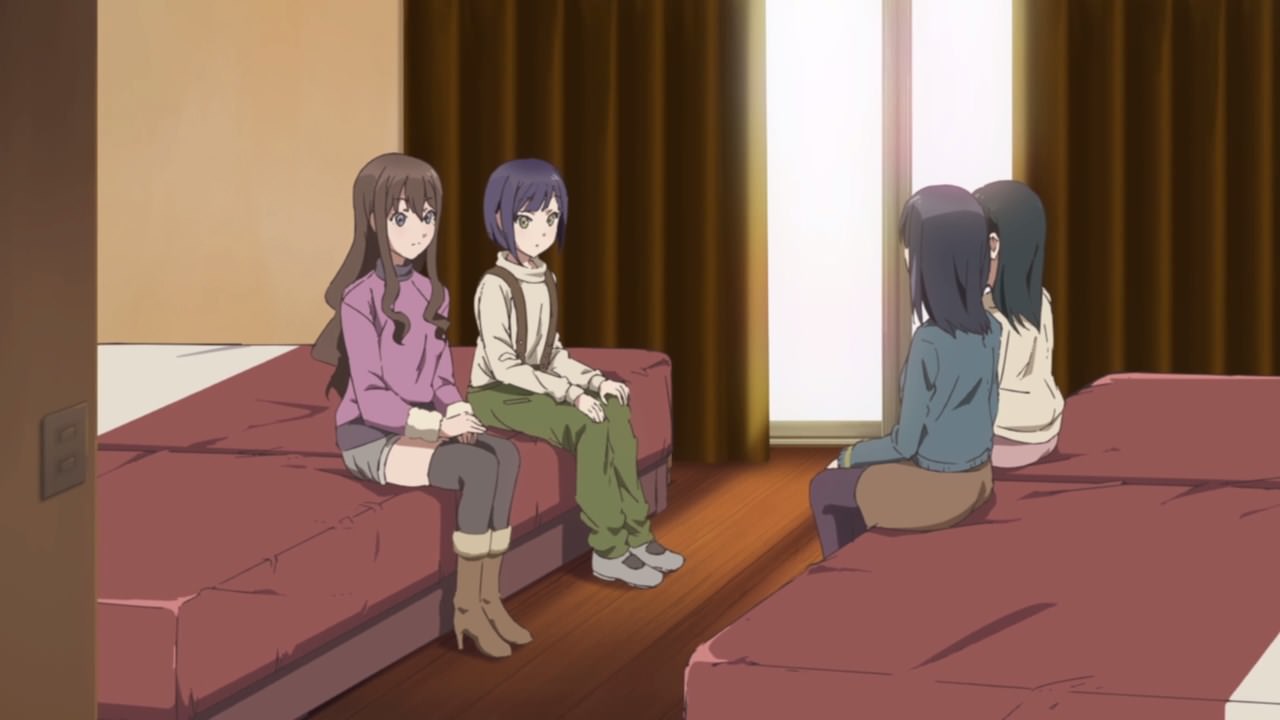 In any case, Shiho asked Mayu Shimada for help as she went to Tokyo together with Yoshino Nanase. After all, Mayushi is the only person that Shiho can rely on right now. 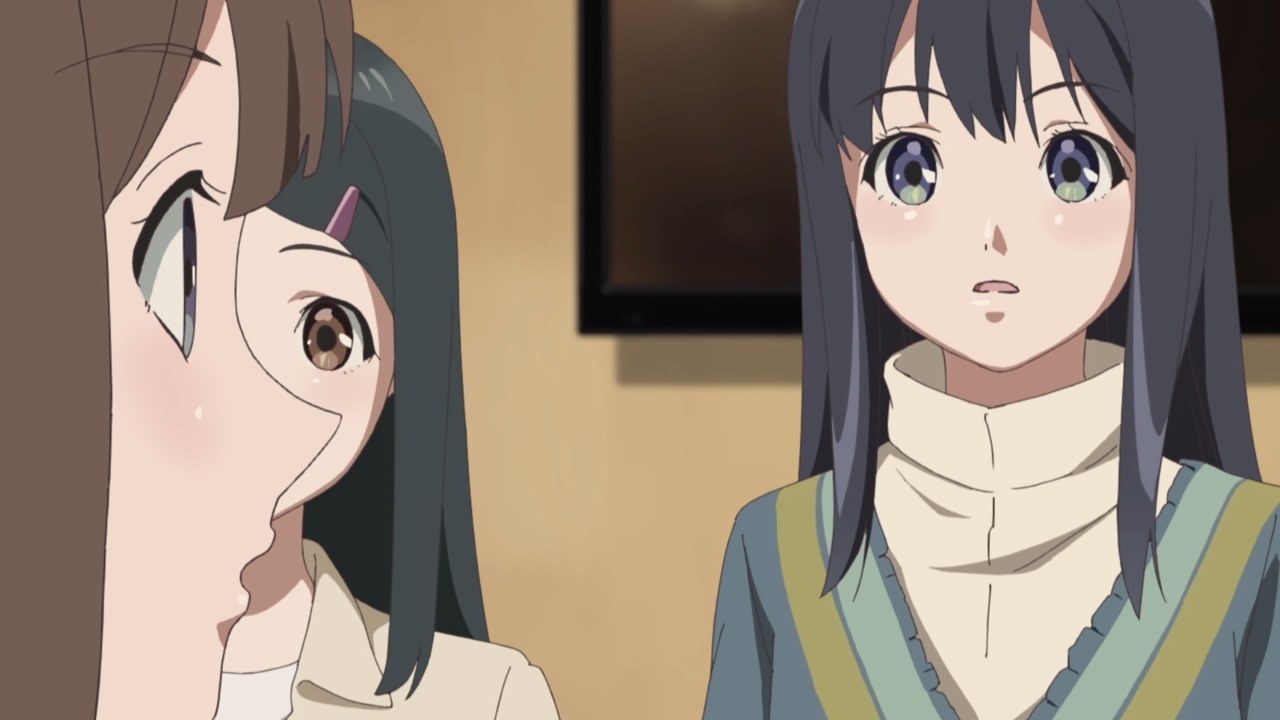 With that said, it’s up to Mayushi on trying to convince Shiraki on saving the Hakata Theater and by extension, Next Storm. Of course, I doubt that he’ll sway his decision. 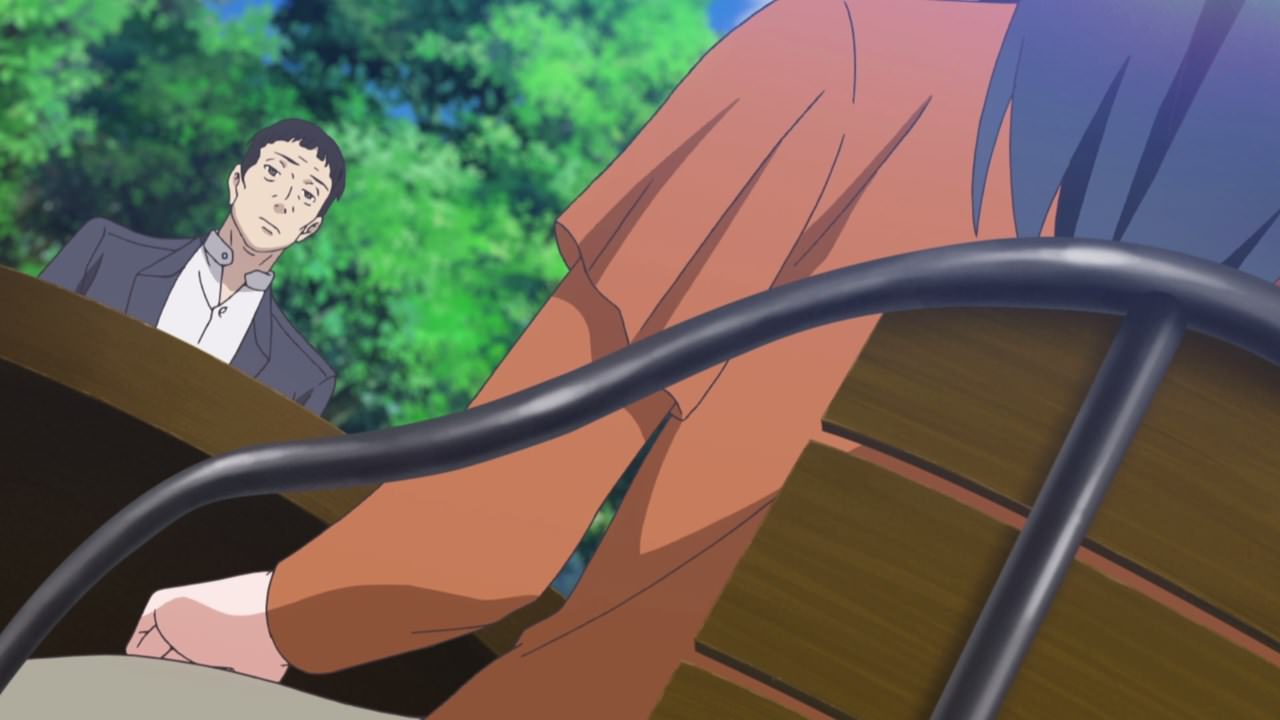 In fact, Shiraki’s decision will remain the same as Mayushi couldn’t do anything to reconsider no matter how she tries. So yeah, it’s a worthless effort. 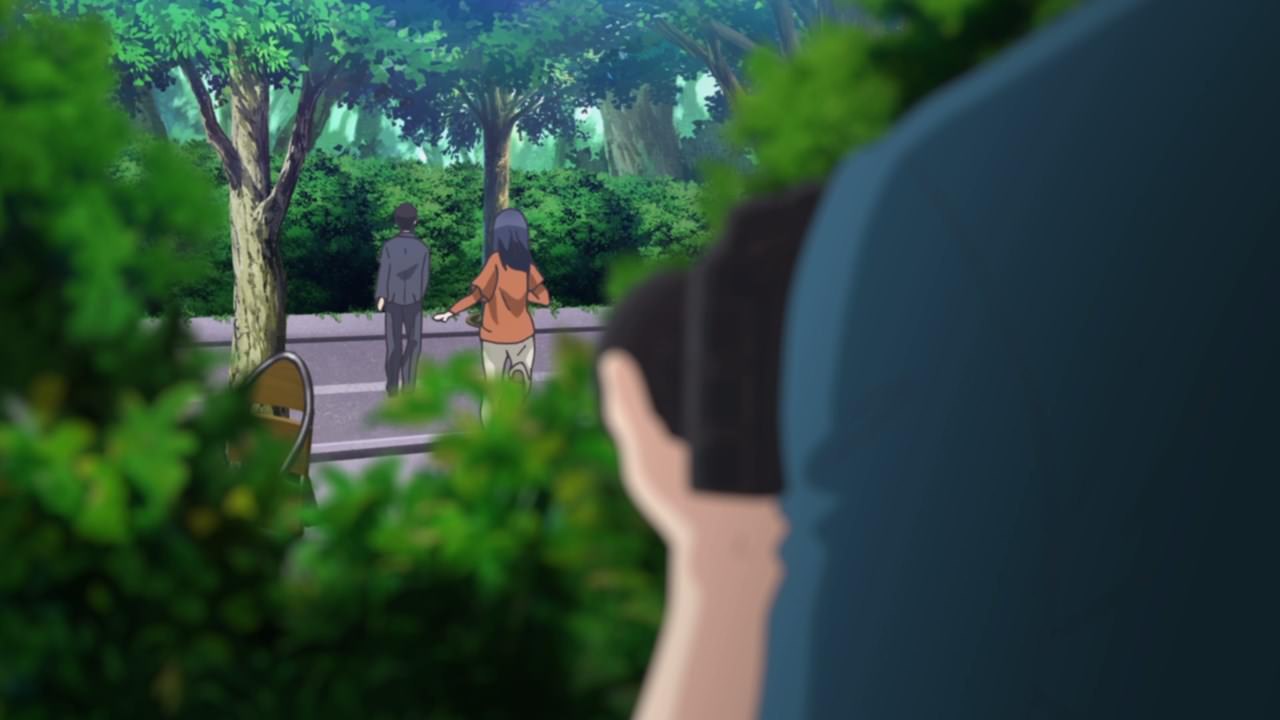 However, seems that some paparazzi wants to take as scoop on the failed conversation between Tooru Shiraki and Mayu Shimada. Oh boy, this ain’t good! 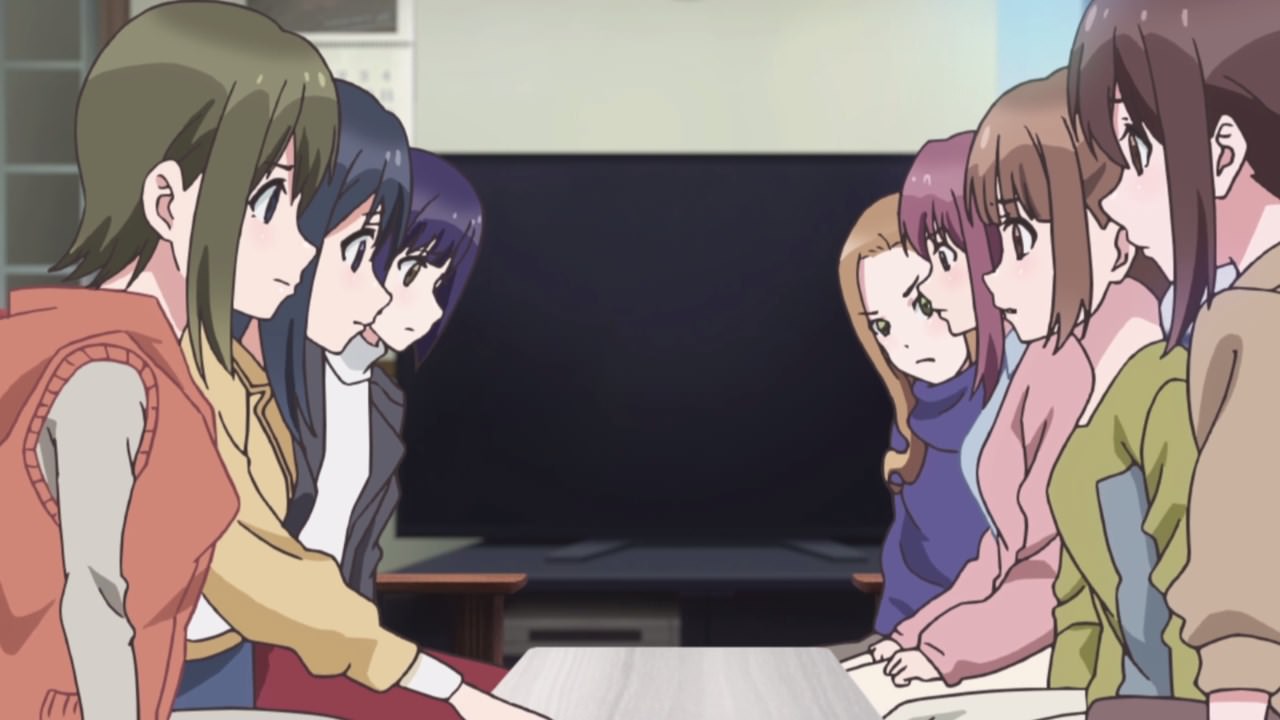 It turns out that they came up with another news that Mayushi is betraying Wake Up, Girls! in favor of returning to the I-1 Club.

Of course, the rest of the girls know that Mayushi won’t do that because she only wants to help Shiho Iwasaki. Yeah, I blame the paparazzi for this piece of fake news! 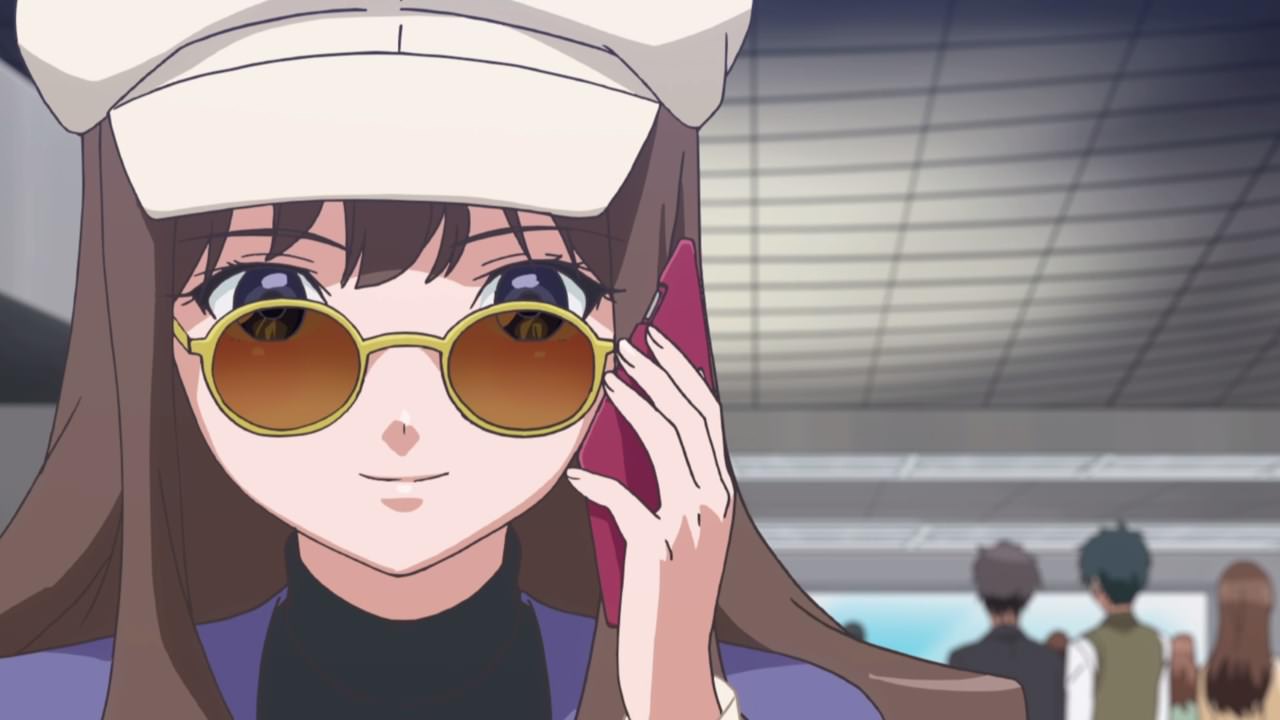 However, there’s some good news as it turns out that Next Storm will be saved… as an independent idol group. So what that means is Shiho Iwasaki and her 3 members have left the I-1 Club in order to perform together at the Hakata region as freelancers.

So while Shiho got what she wanted, Next Storm will have an uphill battle on hand where Iwasaki and her 3 fellow idols must compete against the I-1 Club as well as Makina X for attention. So yeah, they have the same predicament as Wake Up, Girls! 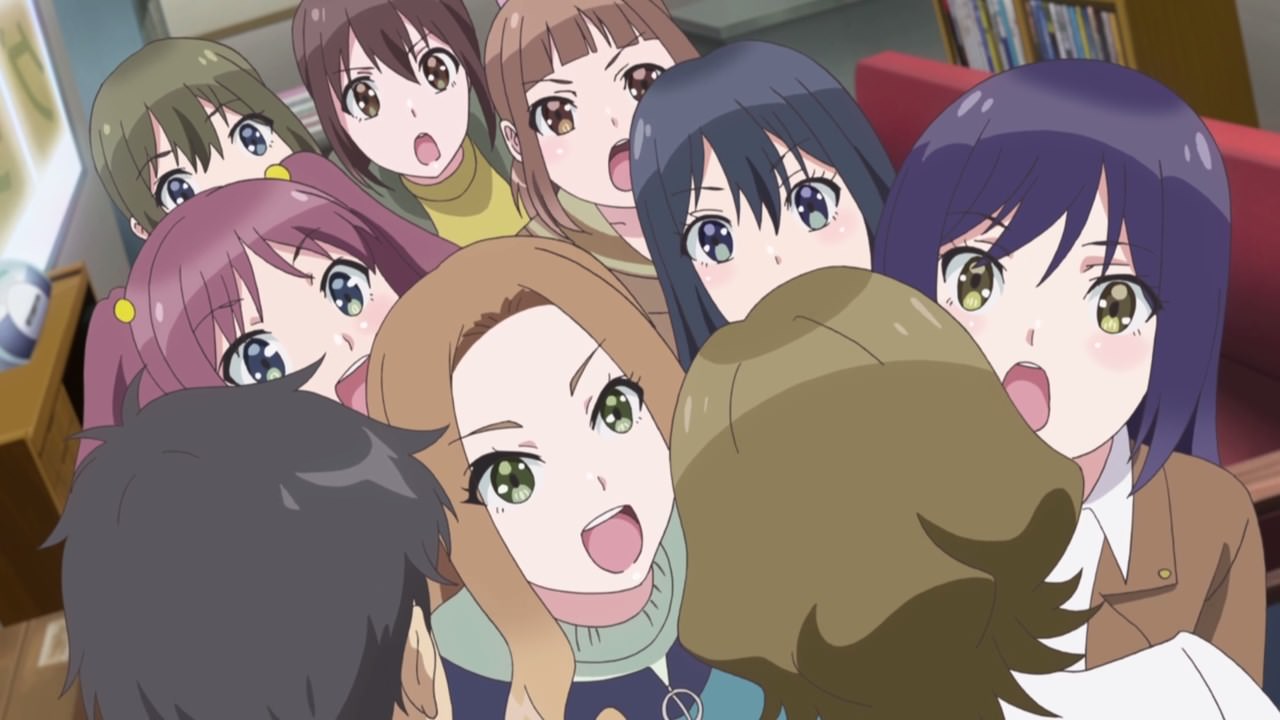 Speaking of WUG!, President Tange announced a new venue as a replacement for the Sendai Stadium in which everyone was surprised about it. 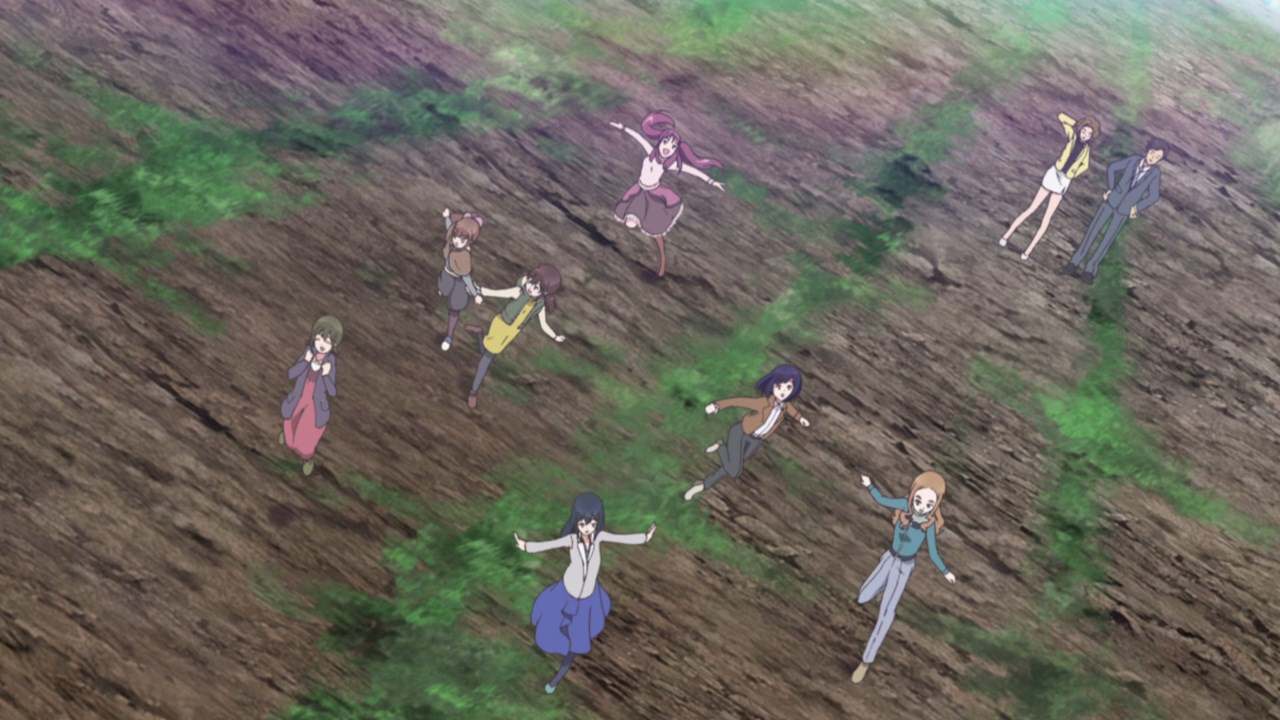 Turns out, they’re gonna perform at the grounds of the defunct Sendai Airport. Then again, turning this vast space into a concert venue would be a tall order as President Tange will have to pay lots of money to set up a stage and other equipment.

But hey, at least this venue is better because it’s cheap (not as dirt cheap as renting the Sendai Stadium) and WUG! have more creativity on setting up formations and dance routines. Just hoping that it won’t rain on the day of the concert. Then again, it’s winter season there! 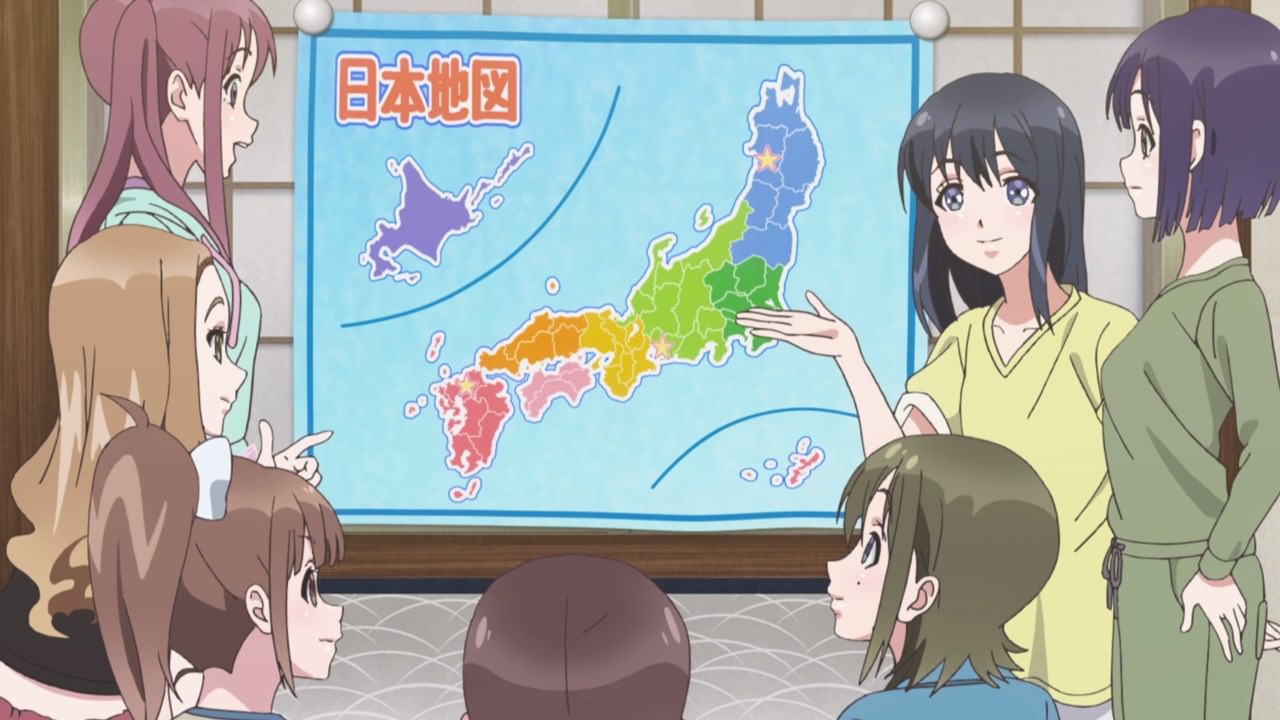 On the other hand, Miyu Okamoto got another plan brewing up as she wants other idols group in various parts of Japan to hold concerts on Christmas Eve.

Called the “National Idol Festival”, it’s a big event where Wake Up, Girls! will join the likes of Namahagez and Next Storm on performing simultaneously across Japan. Sure that they’re divided by location, but these idol groups are united together when they’re face with tough competition from the likes of I-1 Club and Makina X. 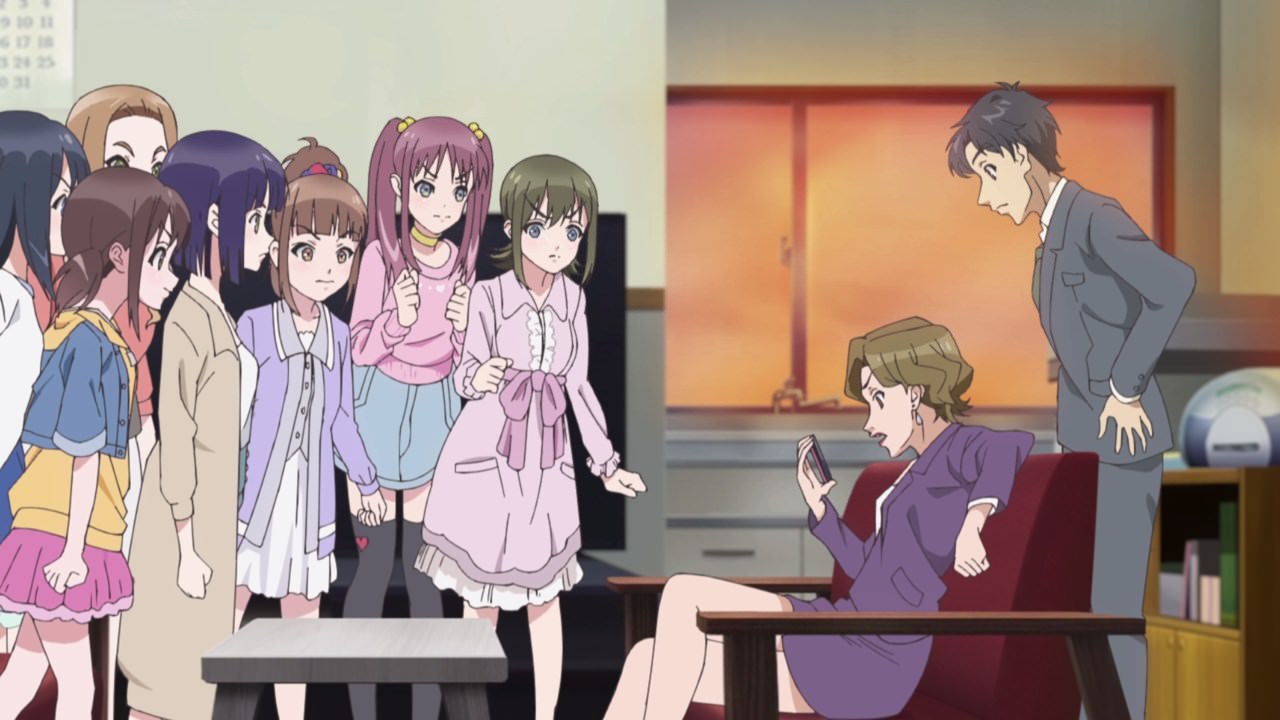 And so, they told about their grand scheme to President Tange, which she support it wholeheartedly. C’mon, Junko Tange believes in them after showing that Mayu Shimada and the rest can find ways to solve problems and make their career a success.

In any case, President Tange gave them a go-ahead on rallying idol groups across Japan to hold a concert simultaneously on Christmas Eve. So while the president agreed on their plan, there’s one more condition… 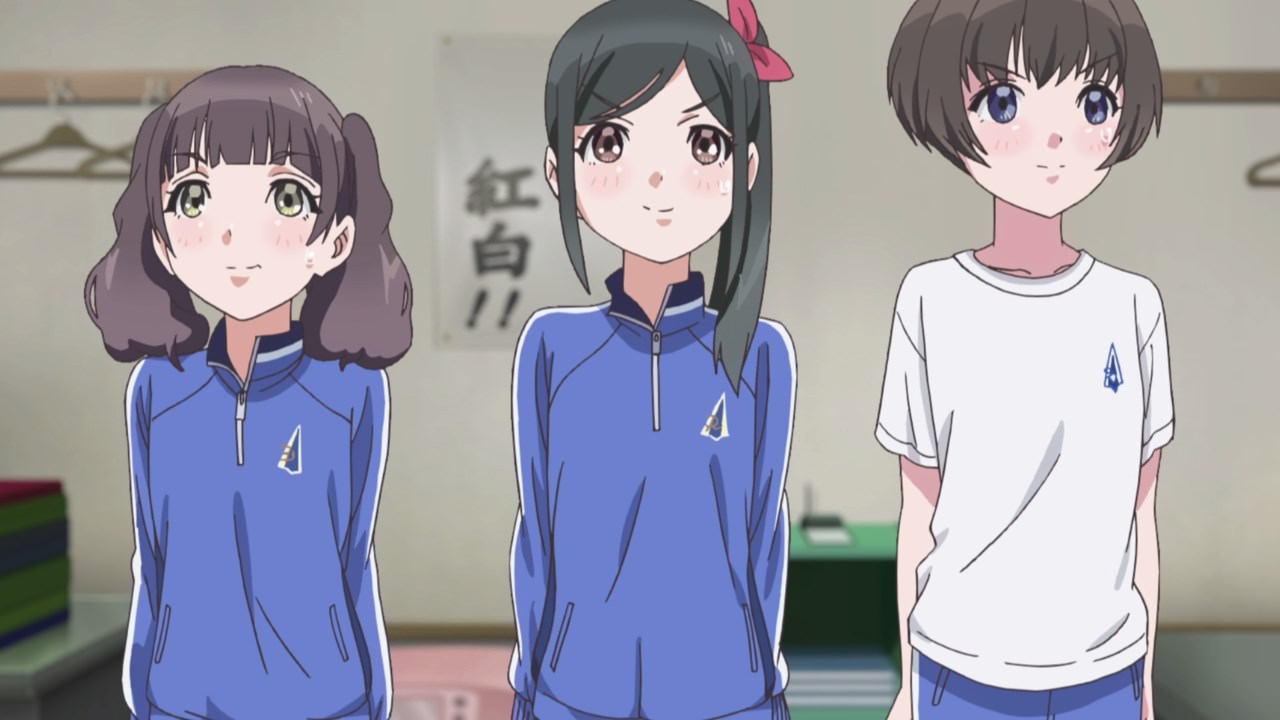 It turns out that Mayushi and the rest of WUG! wanted to have Ayumi Hayashi and her two middle school friends to perform as the opening act of their national tour. After all, they improved a lot since they joined Green Leaves Entertainment. Of course, they need an idol group name so Junko Tange and Wake Up, Girls! came up with name “Run Girls, Run” as the new moniker for the middle school trio!

And that’s about it for the final episode of Wake Up, Girls! New Chapter. But then again, it appears that the story for the second season is not yet over as this episode is just a warm-up for the real final episode, which it’ll be aired sometime in 2018. Of course, this second season has some share of problems apart from its lackluster animation, namely the middle school trio in which Ayumi Hayashi and her two friends needs some more character development. Other than the middle school trio, the biggest mystery that needs to be explored is the introduction of the virtual idol Makina X which I want to see how did a virtual idol get that meteoric rise to fame. Was there some hidden figures pulling some strings on Makina X’s rising popularity? Who knows…

In any case, let’s hope that the anime studio Millepensee is working on the final episode of Wake Up, Girls! New Chapter that’ll be released on 2018. Otherwise, the second season will be a disappointment if it isn’t aired.