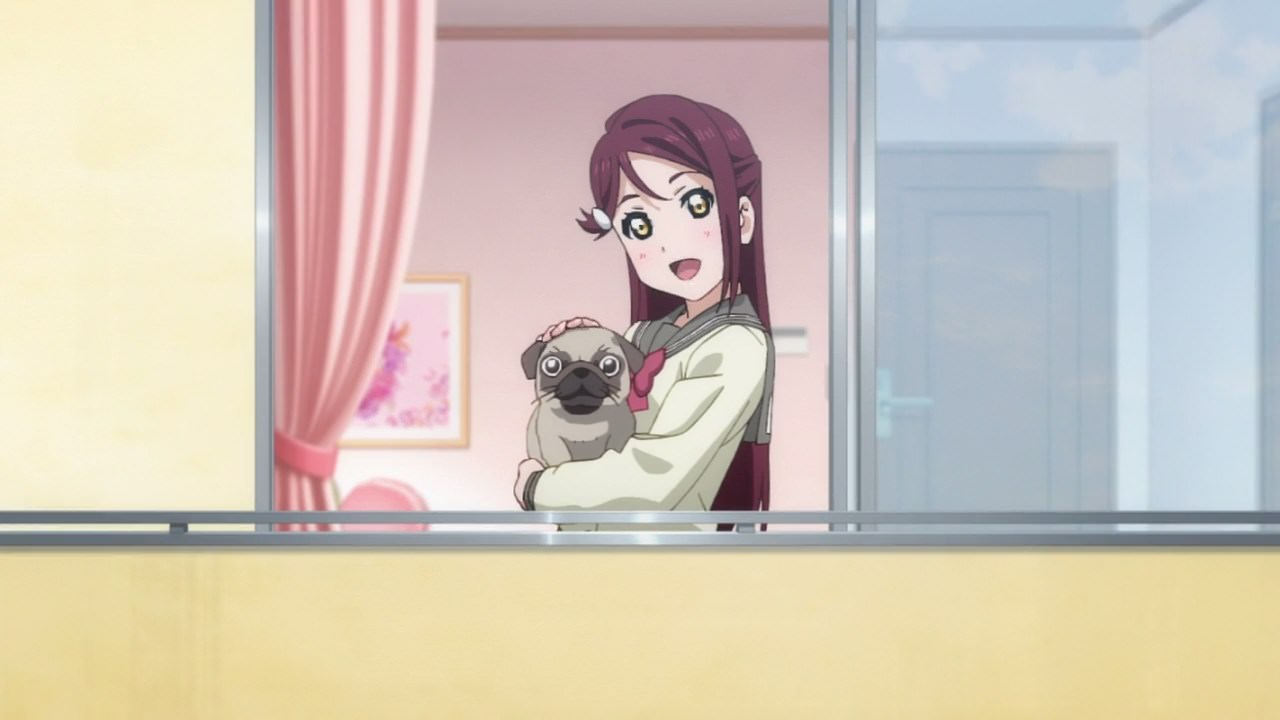 Hey everyone, it’s the final episode of Love Live! Sunshine!! Season 2 and what a journey it has been for Aqours.

On the other hand, seems that Riko Sakurauchi got a puppy ever since she conquered her fear of dogs back in Episode 5. Now that’s what I called a character development right here! 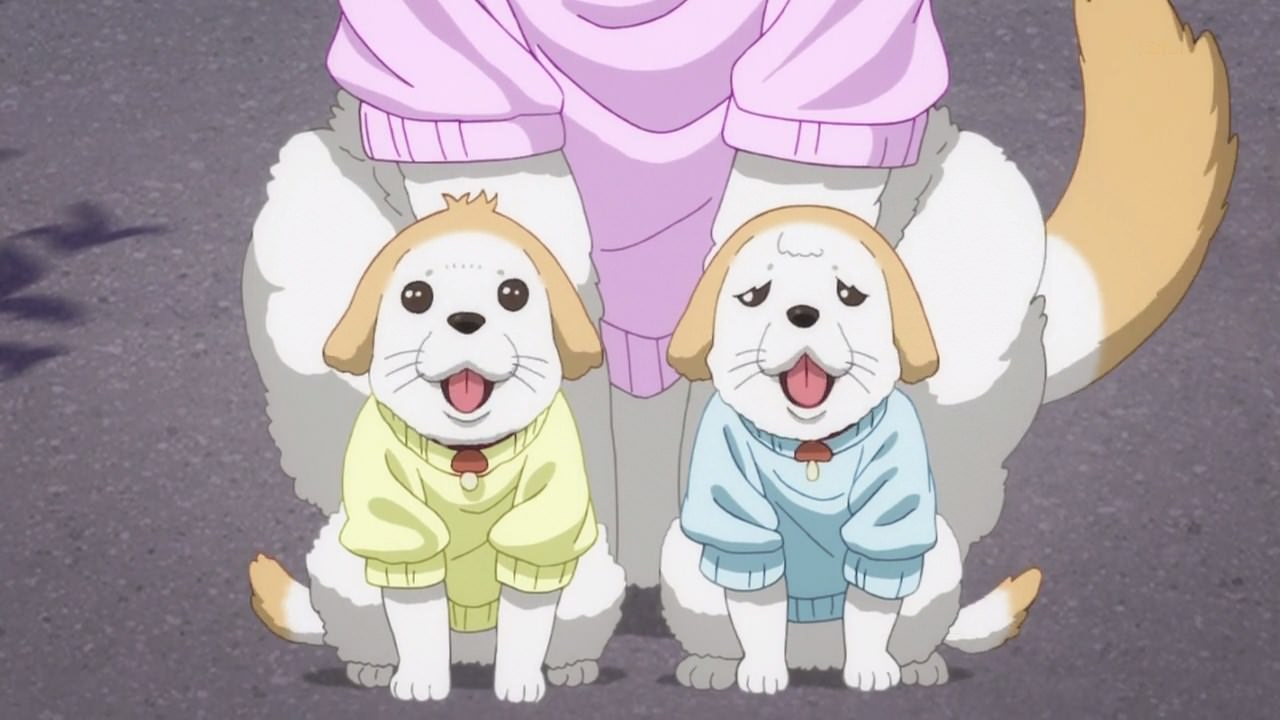 Regardless, looks like everything has changed after the Love Live! School Idol competition. But who’s the winner though? 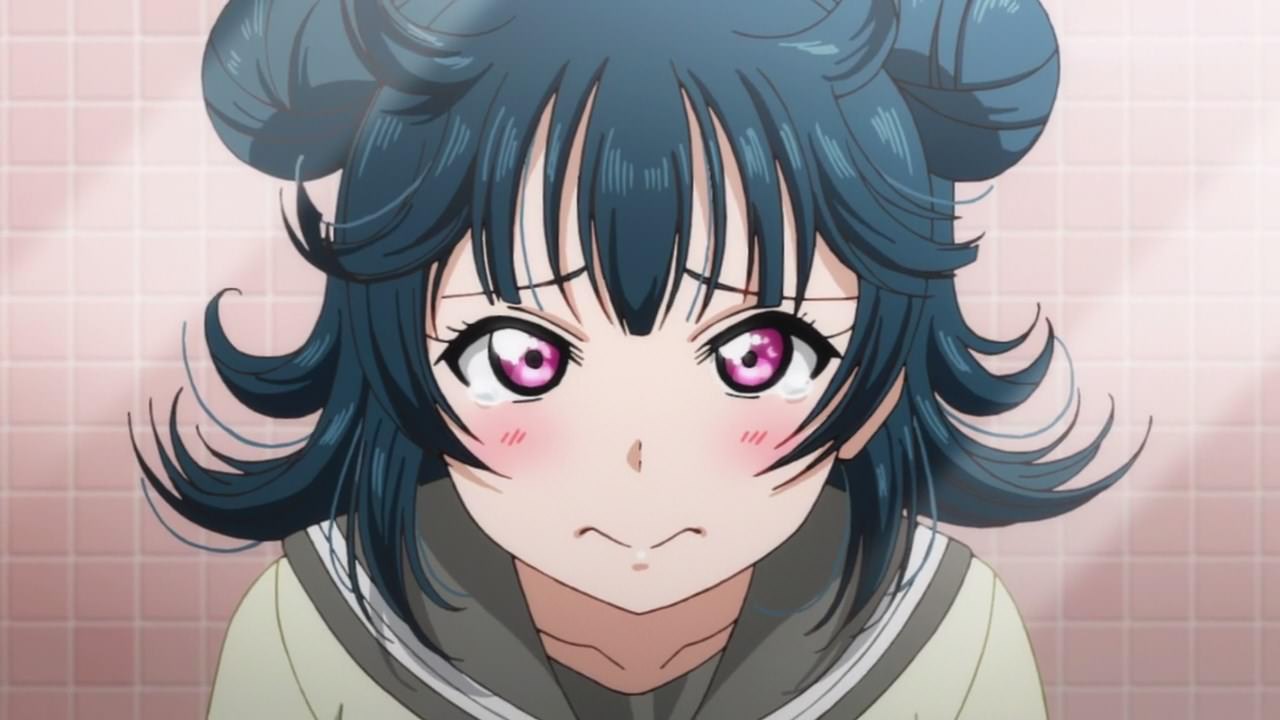 Meanwhile, looks like Yoshiko “Yohane” Tsushima got a messy hair, but she got two hair buns instead of one. C’mon, she needs to change her appearance in some occasions. 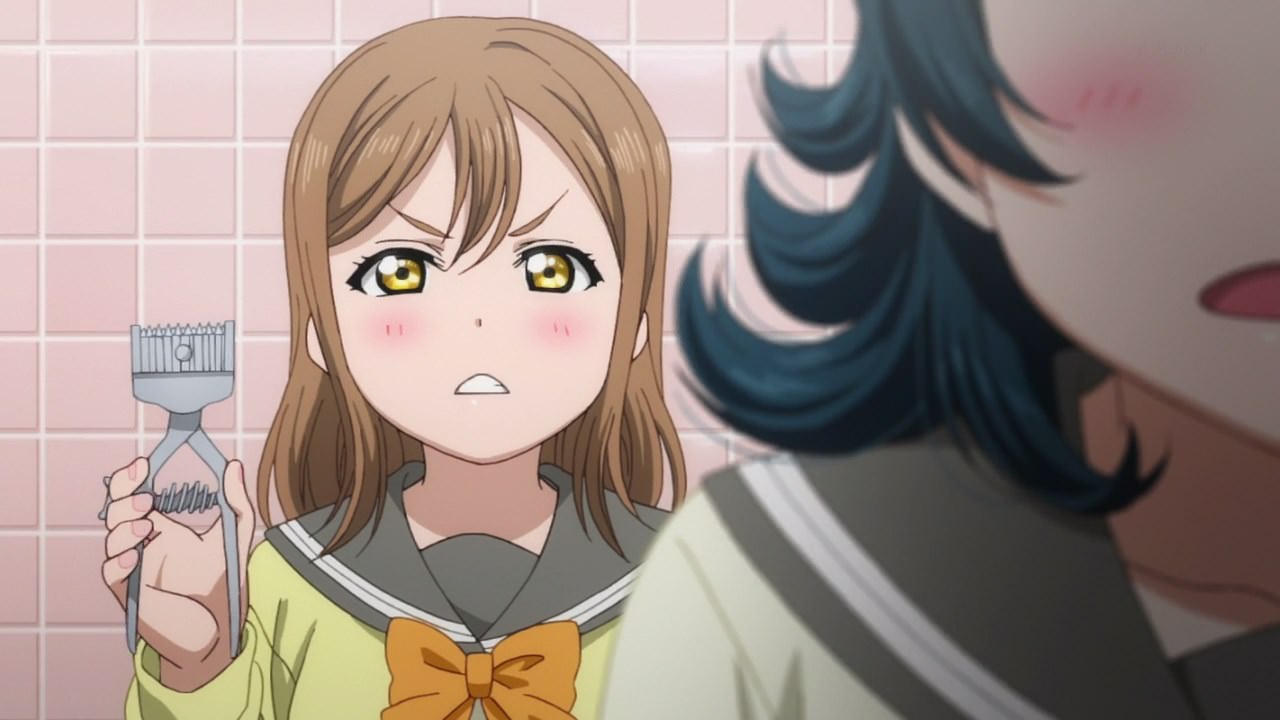 Of course, Hanamaru Kunikida wanted to cut one of Yohane’s buns because she prefer to have a single bun than two. Well Hanamaru-chan, that was mean! 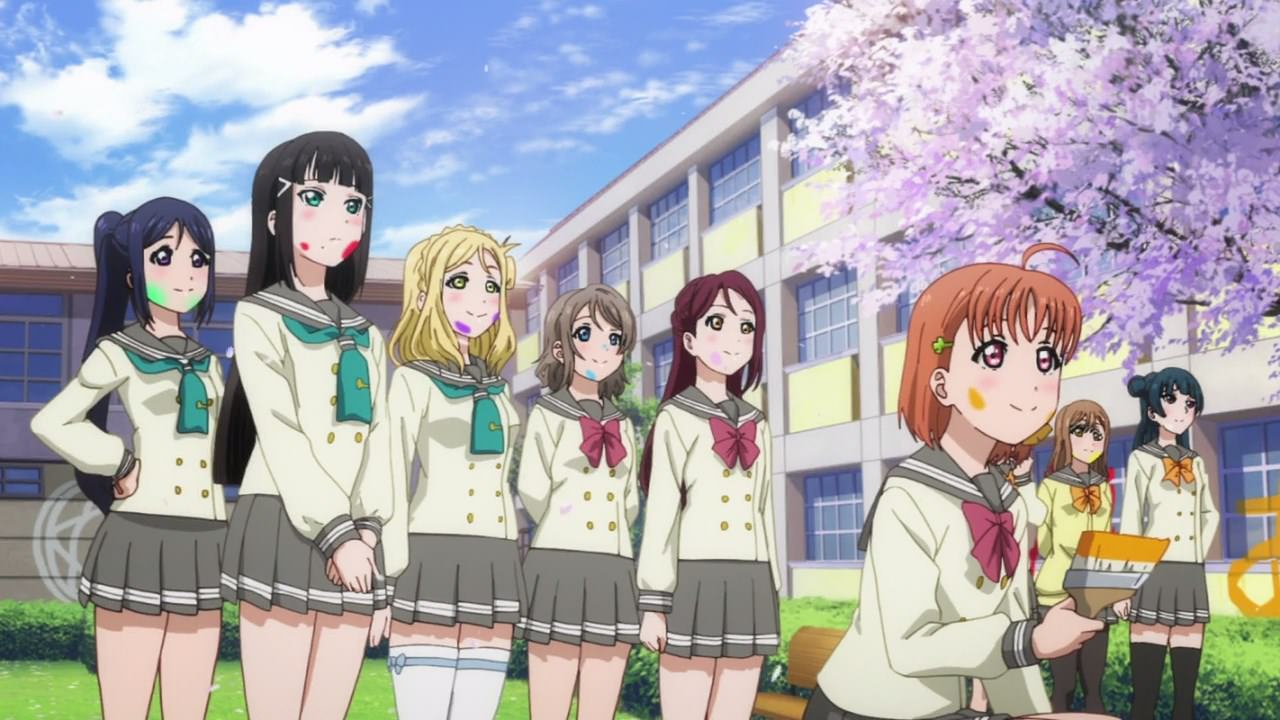 Also, it looks like the rest of Uranohoshi Girls’ Academy has decided to decorate their beloved school building as a reminded that they exist. 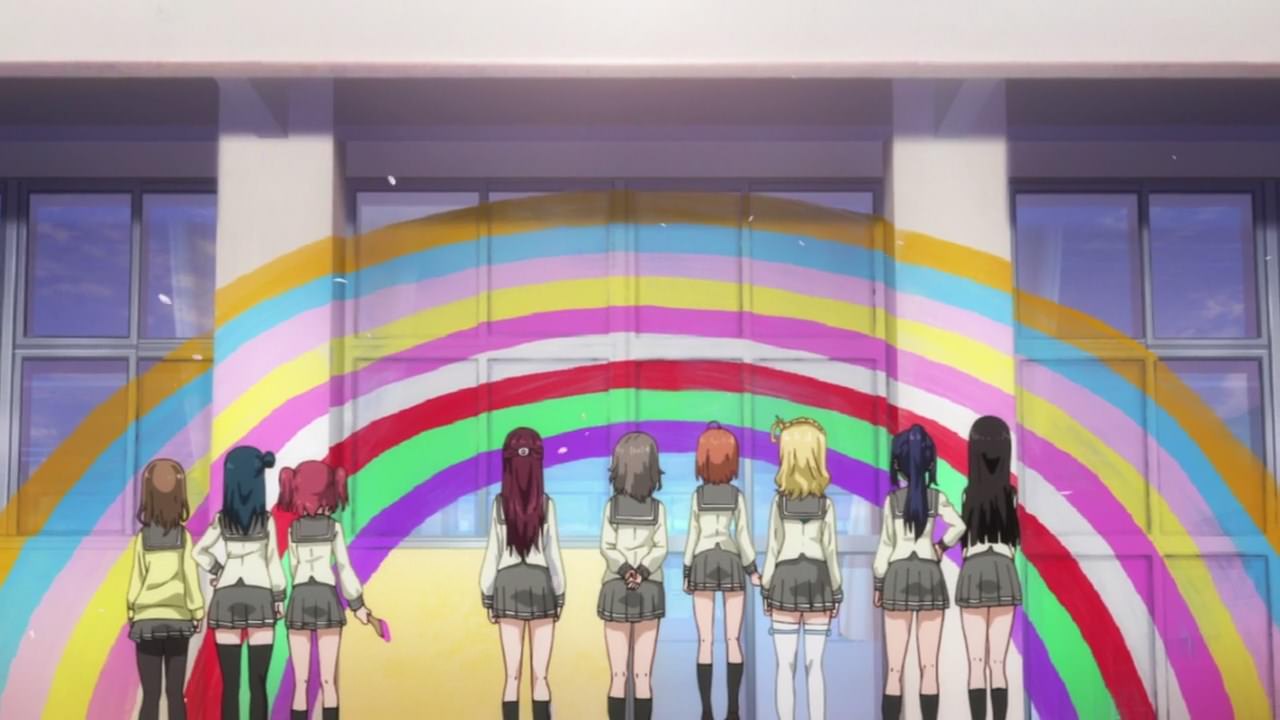 After all, they want to leave a footprint that Uranohoshi might be closing down, but the memories will remain on this school!

Speaking of which, I was wondering if Aqours actually win the Love Live! competition? 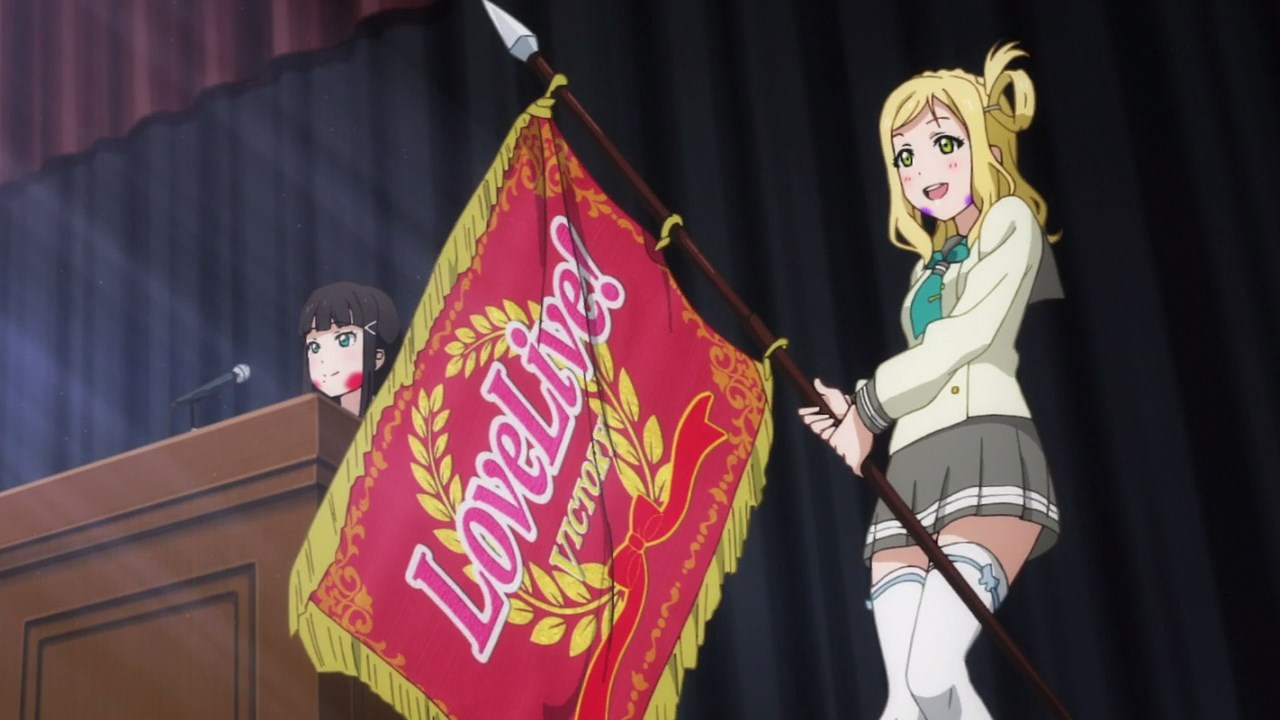 Well, they do actually as Mari Ohara presented the victory flag to everyone. Man, if only the tournament organizers gave Aqours a trophy in addition to the flag.

But hey, what’s important is that Aqours won the Love Live! competition and they made the Uranohoshi name in the history books! 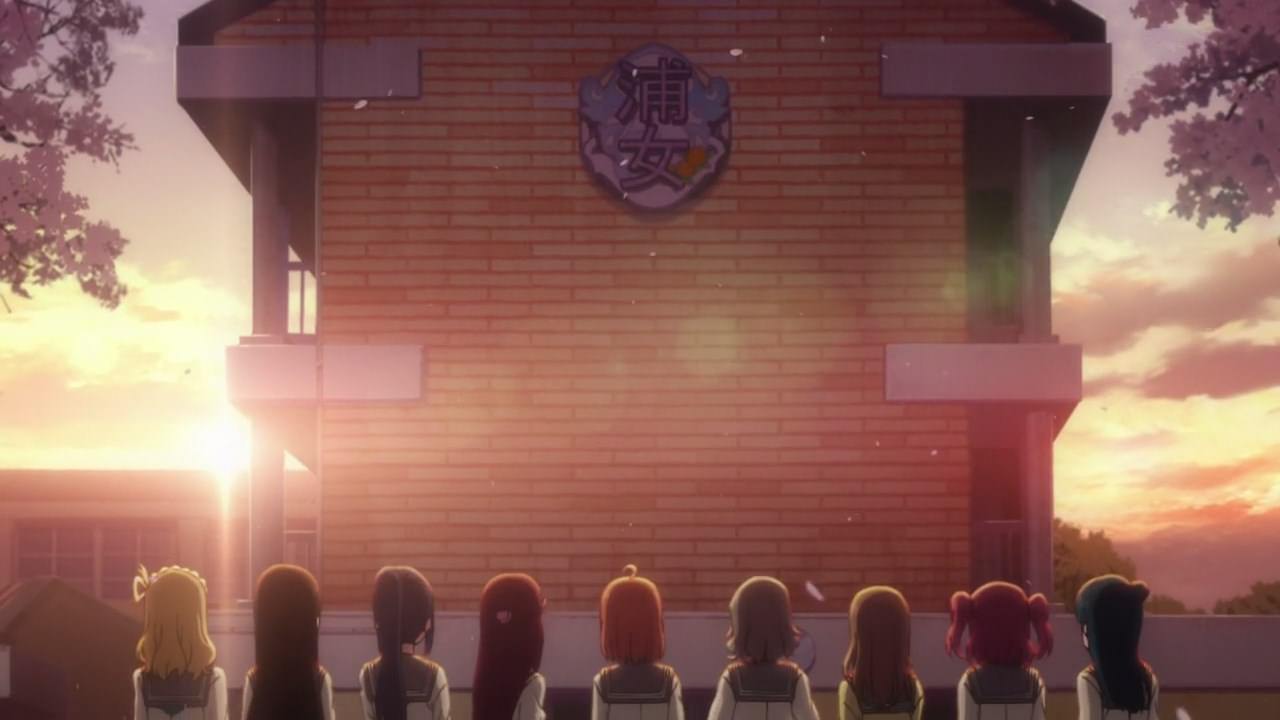 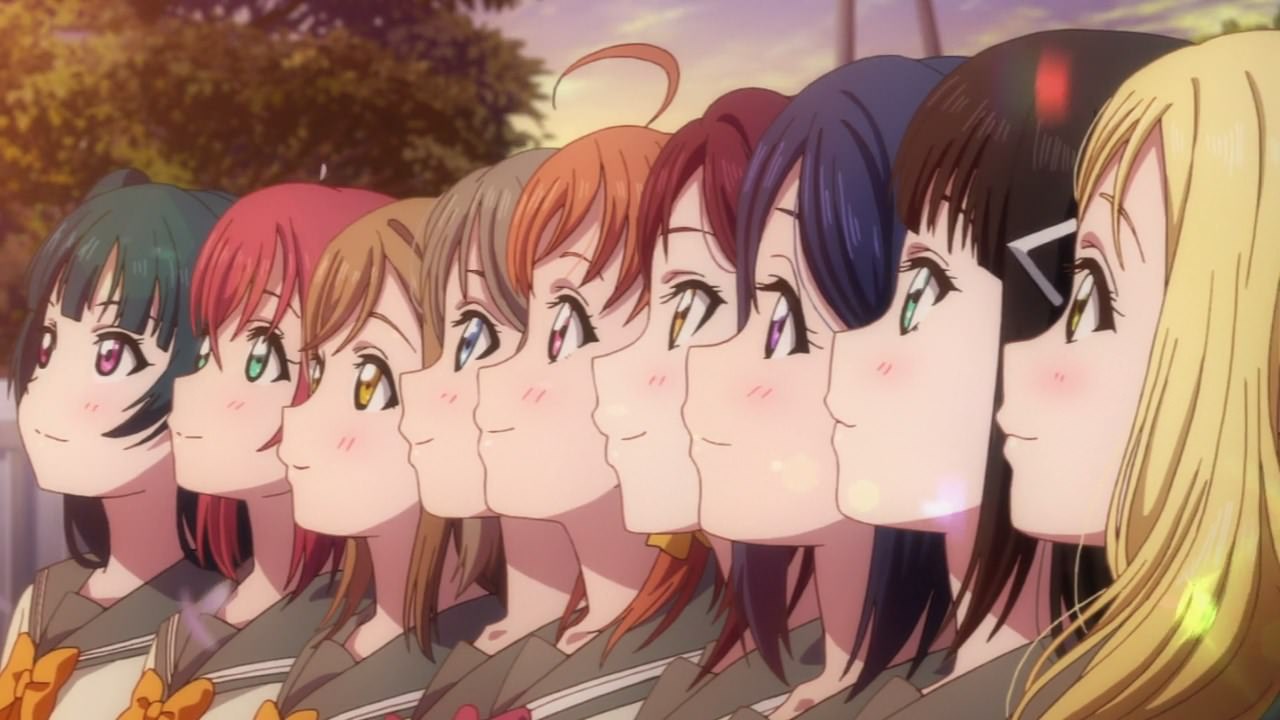 Now that Aqours have won Love Live!, it’s time for Chika Takami and the rest to close Uranohoshi Girls’ Academy by themselves.

After all, it’s their beloved high school and it’s up to them to close its gates after years of studying there. 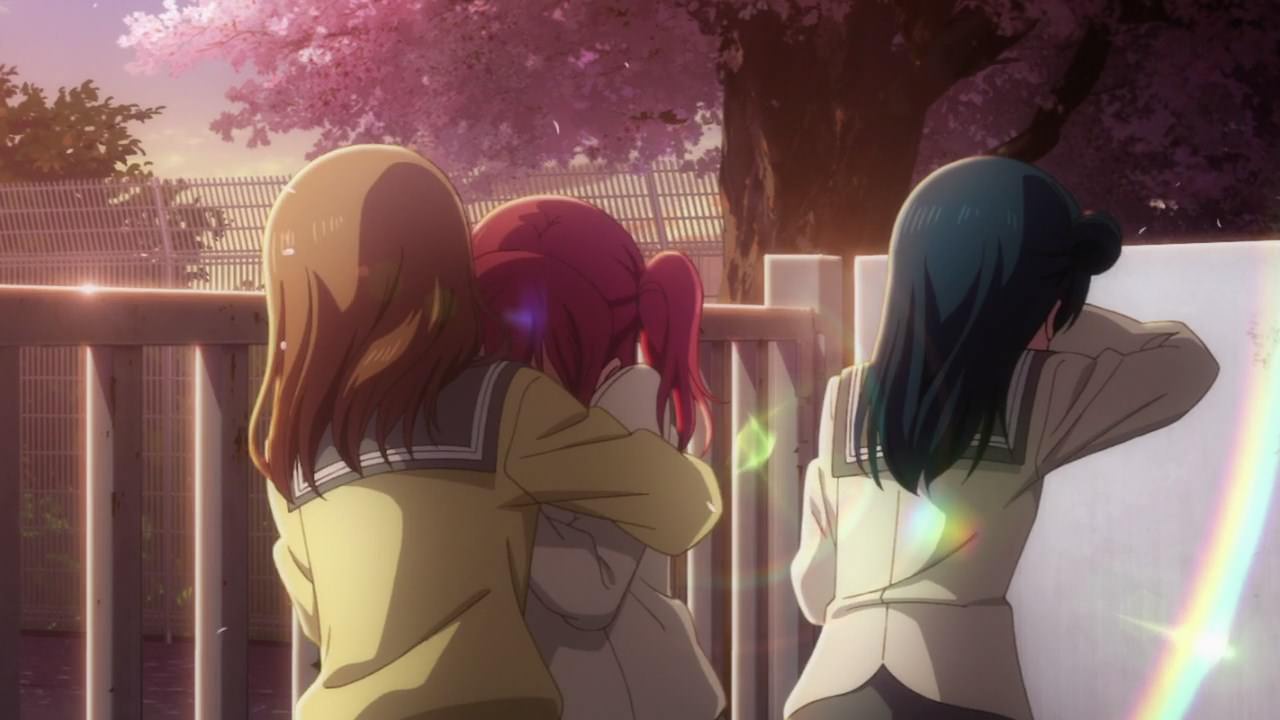 Of course, not all of them couldn’t let it go as in the case of the first-year students where they’re still crying.

While Ruby Kurosawa, Hanamaru Kunikida, and Yoshiko Tsushima will be transferring to a bigger school in Numazu, losing Uranohoshi is very painful after doing their best to save it from being merged to another school. 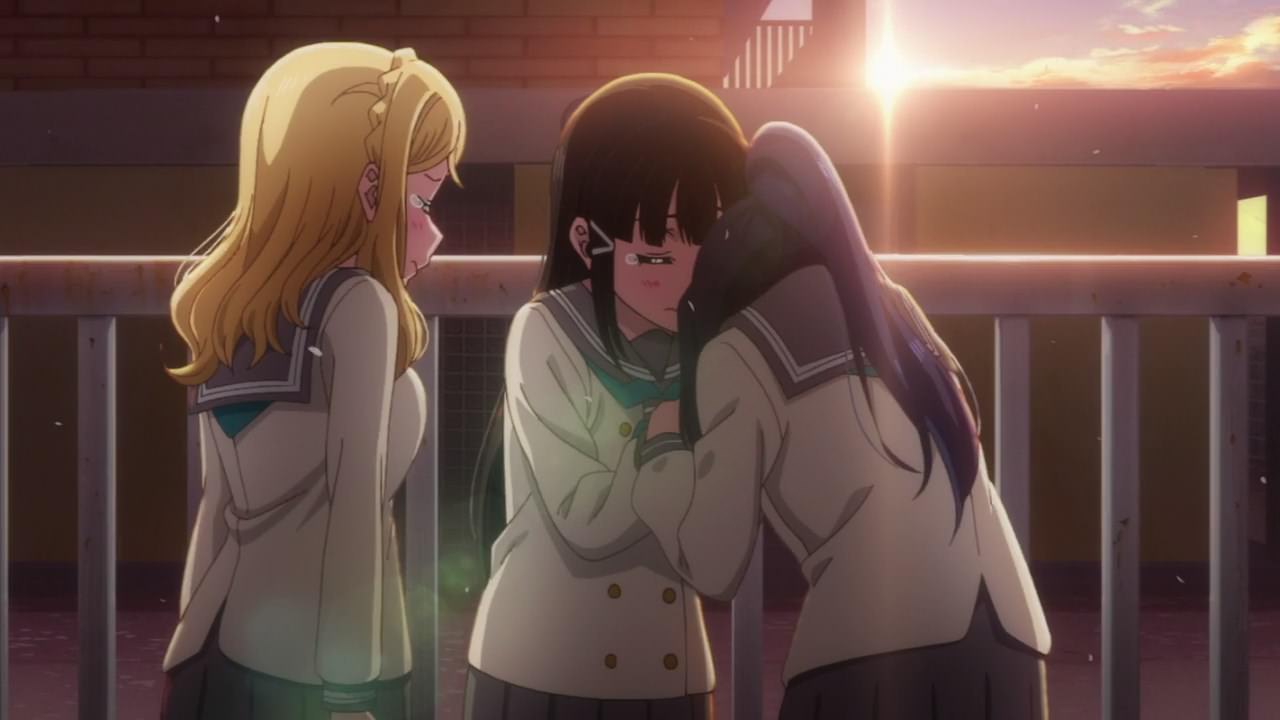 As for the third-year students, they’re also affected by its closure and eventual merger with another school in Numazu. For them, it’s like they lost another home to return to. 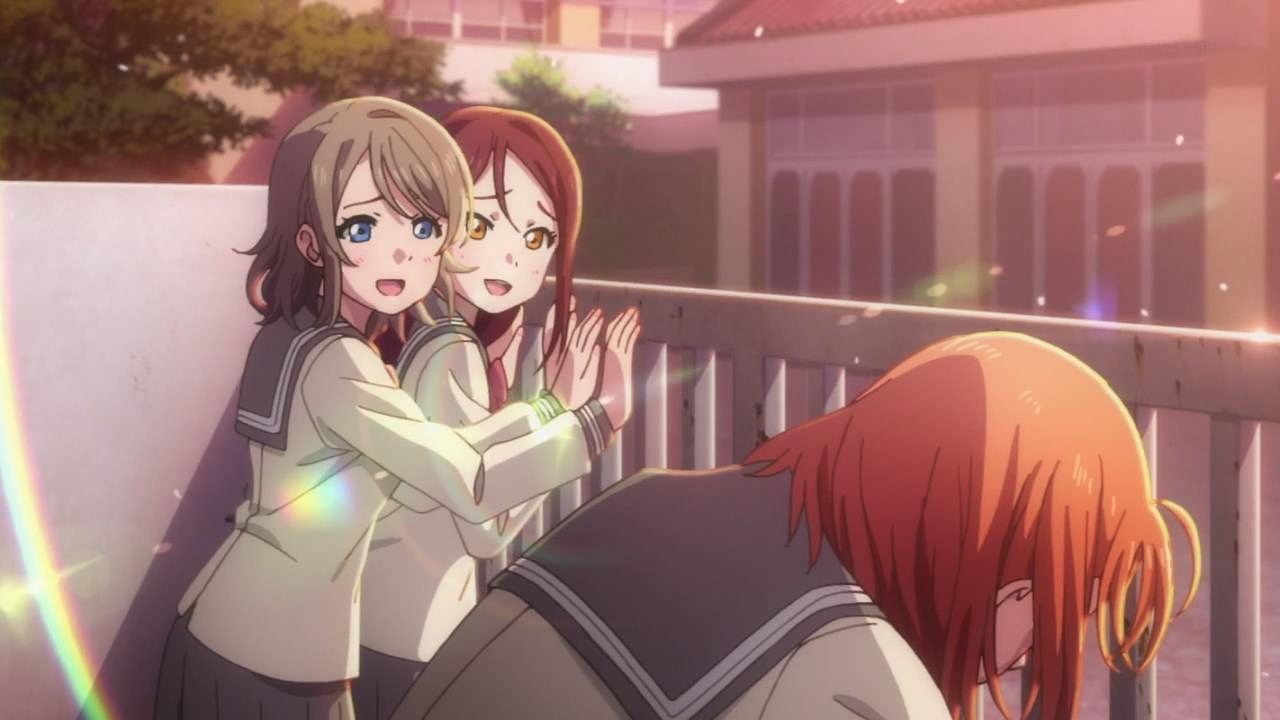 But the most affected one was Chika Takami as she couldn’t bring herself to close the school gate. Yeah, it’s a somber day in Uchiura.

It only took both Riko Sakurauchi and You Watanabe to convince Chika-chan that it’s time to close the gates for good. 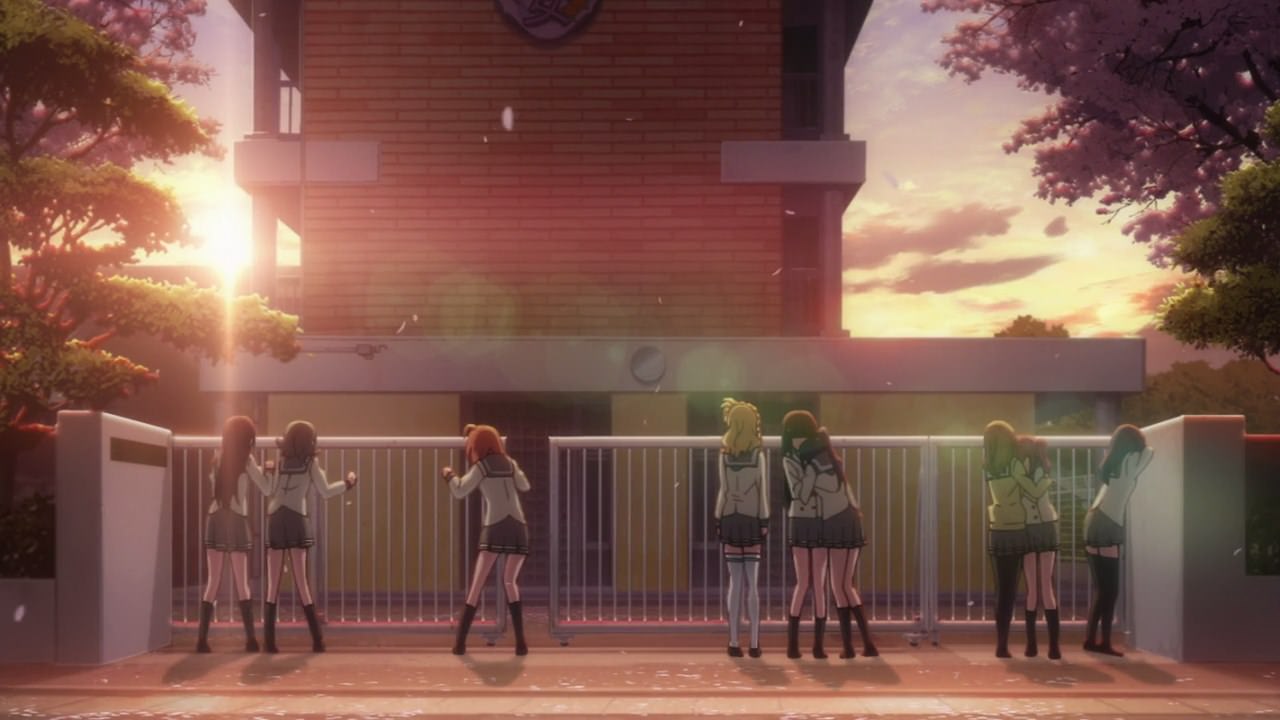 With that said, the school gate leading up to Uranohoshi Girls’ Academy has been closed for good, thus the journey of Aqours has ended with a bittersweet victory at the Love Live! School Idol competition.

I must say that they deserved it despite the circumstances that befall on Chika Takami and her fellow school idols. 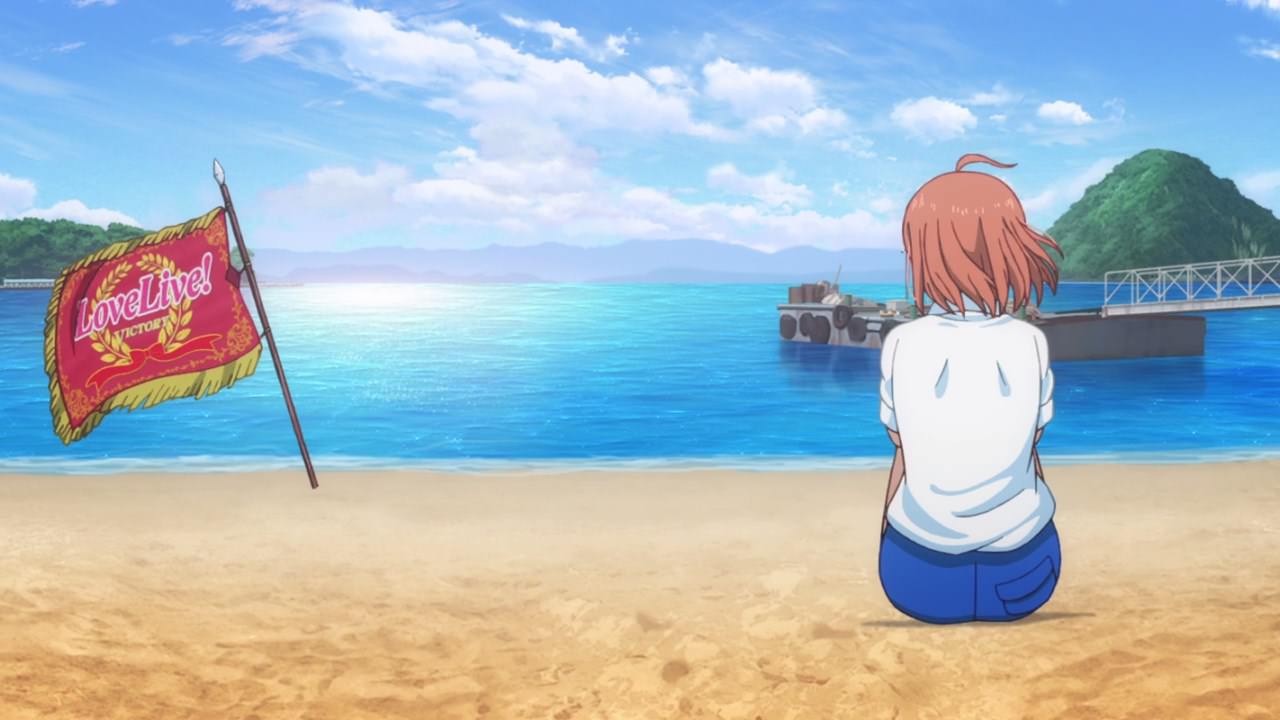 Now for my final impressions for the second season and it’s pretty much an improvement over the first season. Not only you have some characters getting some needed love like the Kurosawa siblings and Saint Snow, plus some development like the aforementioned Riko Sakurauchi overcoming her fear of dogs, but it presents a story that doesn’t feel like a cakewalk in my opinion.

Compared to µ’s where they won Love Live! after saving the school back in Season 1, Aqours will have to struggle during the second season where they lost their beloved school in order to take that important win. Man, it was a roller-coaster ride watching Season 2 from beginning to end and I feel that this final episode might be the grand finale for Love Live! Sunshine!! 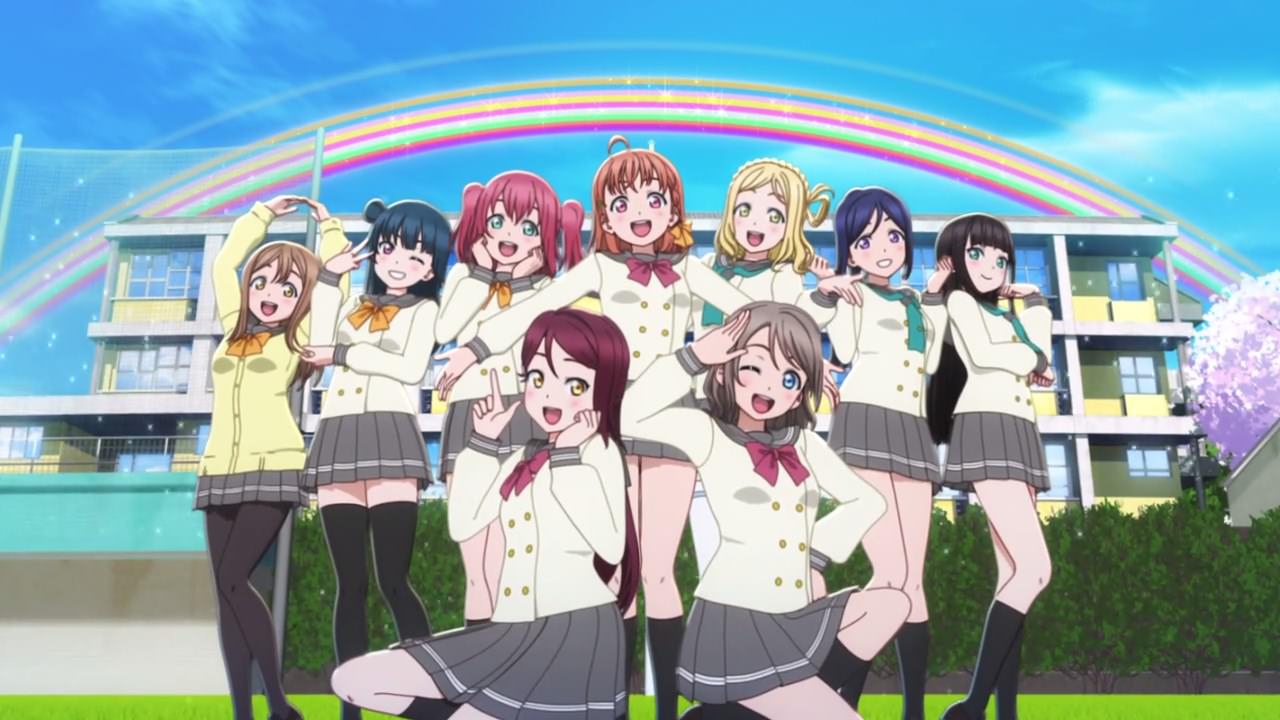 With that said, Love Live! Sunshine!! Season 2 is a better sequel to the first, and it’s also the best season to the whole franchise. Of course, Lantis, Sunrise, ASCII Media Works, and Bushiroad will continue to support Aqours even after this season ends because I believe that there will be 3 more years worth of merchandise and other media coming your way, starting with the announcement of a movie apart from having a 3rd Live Tour next year. So yeah, they’ll stick around for much longer!

For the time being, it’s time to say farewell to these 9 lovely girls from Uranohoshi Girls Academy. While their story has ended, we’ll be seeing Aqours again in the future…