Posted on January 1, 2018 by benigmatica

Hey everyone, it’s Mayoi Hachikuji as she’s here to greet the new year with new episodes of Owarimonogatari. 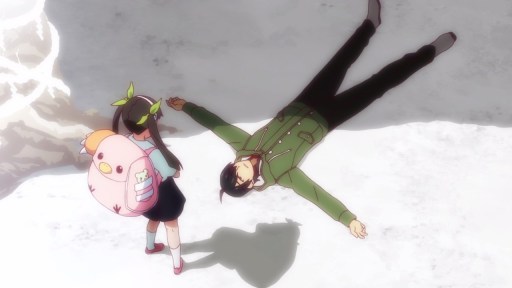 Heck, even Koyomi Araragi is excited to see Mayoi-chan back, despite the fact that he didn’t know how he end up in this barren wasteland.

But no matter, Araragi is so excited that he launched himself to the stratosphere… 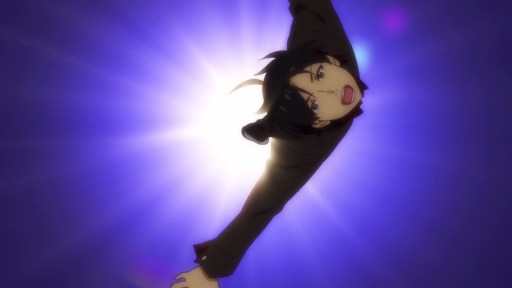 …and back to Earth as Koyomi is about to land on Mayoi-chan’s face. Well, I pray for Hachikuji’s safety!

And so, Koyomi Araragi returned to Earth to play with Mayoi Hachikuji. What could possibly go wrong?

Well, everything as Araragi takes Hachikuji for a spin (just to see her panties). Yeah, it’s been that way since Bakemonogatari.

C’mon, Koyomi is a deviant when it comes to girls, from lolis to big-breasted ones like Tsubasa Hanekawa.

Then again, Araragi will get a beating from his current girlfriend Hitagi Senjougahara. 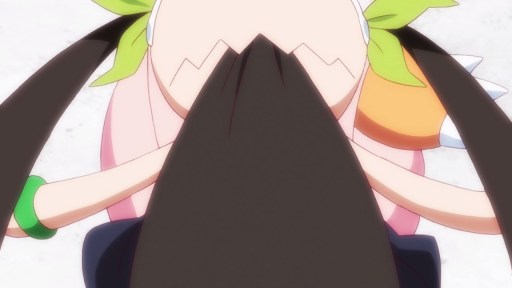 Oh, and he’ll get a bite from Mayoi Hachikuji too while saying his name incorrectly. Well, that’s what he get from being a sexual predator towards little girls.

Now then, there’s a question on how Araragi end up in a barren wasteland. Well, Mayoi-chan told him that he actually died.

More specifically, Koyomi got killed at a certain shrine by none other than Izuko Gaen, which she unexpectedly cut Araragi’s body into pieces using the apparition-slaying sword Kokoro-Watari.

Also, he’s not sent into heaven as Araragi went straight to hell after he died, more specifically the deepest parts of hell called Avīci where Koyomi’s sins are fondling little girls and helping Kiss-shot Acerola-orion Heart-under-blade. The former is just made-up by the way, but the latter is more important because Koyomi rescued Shinobu Oshino from being hunted down.

Of course, he’s not gonna get stuck in hell forever as Mayoi Hachikuji found a way to go back to the surface. But first, time for a trip down memory lane as Mayoi-chan shows Koyomi on how he interact with everyone and sometimes saving them from various apparitions. 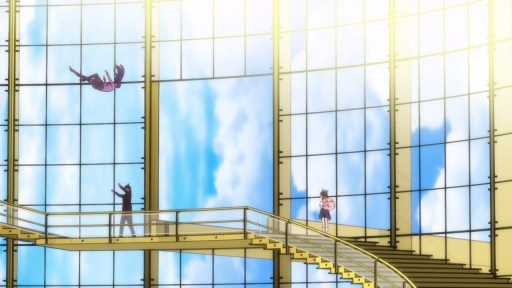 But then again, Hachikuji asked Araragi if he didn’t get involved with the likes of Senjougahara, Kanbaru, Sengoku, etc.

Now while things will be played out differently had Koyomi didn’t get involved with other apparitions, it’s interesting to see Araragi thinking about those possibilities and outcomes should he take action or not.

After reminiscing of the past, they arrived at what appears to be the remains of the North Shirahebi Shrine where Koyomi Araragi and Mayoi Hachikuji will meet a certain person.

That person happened to be Tadatsuru Teori who was supposed to be dead at the hands of Yotsugi Ononoki, turned out to be alive as Tadatsuru explained to Koyomi that what Yotsugi killed was actually his puppet.

Yes, and he has tons of them as Teori quit college to focus his craft of making dolls, which makes him even more creepy. Then again, the fact that Tadatsuru is in hell makes me wonder if his real body is actually dead, therefore using his dolls as a medium to “stay alive” in the real world? Hmm, I guess we’ll never know…

On the other hand, Tadatsuru told Koyomi that he subtracted his vampiric powers (Well, Teori did it by proxy from Izuko Gaen) but let’s just say that neither Teori nor Gaen didn’t told Araragi beforehand which I’m thinking that they’re still allies even though Tadatsuru is no longer part of Izuko’s circle. 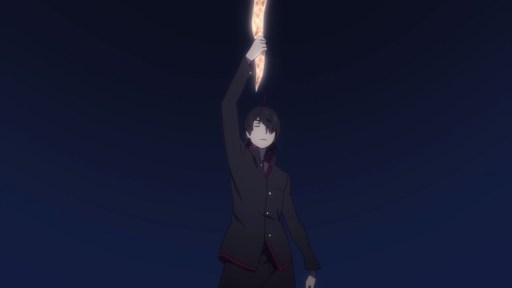 In any case, Tadatsuru gave Koyomi a ride back to the human world, using a long snake because they’re at the North Shirahebi Shrine.

Of course, Koyomi feels that he’s not worthy of being resurrected as Araragi wants other people getting revived instead of him.

However, Hachikuji said it otherwise as she punched Araragi while telling him that’s he’s fortunate enough to have another chance in the human world. Basically, Mayoi wants to tell him not to waste this opportunity!

But as for Hachikuji, Mayoi believe that she’ll be reincarnated someday, be Hitagi Senjougahara and Koyomi Araragi’s baby or someone else. So yeah, Mayoi can wait for the day she’ll be reborn. 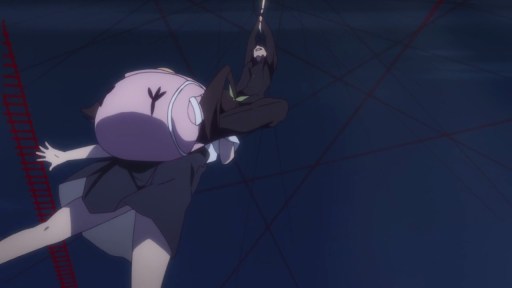 Then again, Koyomi can’t wait for long as he decides to take Mayoi-chan back to the human world. Well, I hope that Hachikuji will be okay!

One last thing before he goes back to the real world, Tadatsuru Teori told Araragi that it was Ougi Oshino who orchestrated his murder at the hands of Izuko Gaen.

In any case, Koyomi Araragi is back to the real world as if he’s having a nice dream.

Well, we don’t know how his body got stitched up together after getting sliced and diced by Gaen’s Kokoro-Watari, but I’m glad that he’s okay! 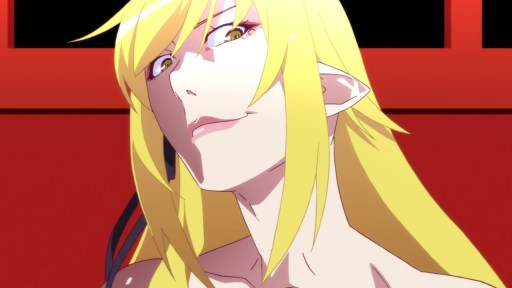 Also, here’s Kiss-shot Acerola-orion Heart-under-blade in her perfect form, not the loli form that you’ve used to see most of the time.

Man, Kiss-shot or Shinobu looks sexy that Koyomi loves it. Hmm, maybe I should watch Kizumonogatari when I’m free from other things…

But yeah, Shinobu Oshino is happy that Koyomi Araragi is back, just as she’s about to murder Izuko Gaen from slaying Araragi just to lower his vampiric powers.

Well, lo and behold as Araragi did the impossible of bringing a dead character back to life from the depths of hell. 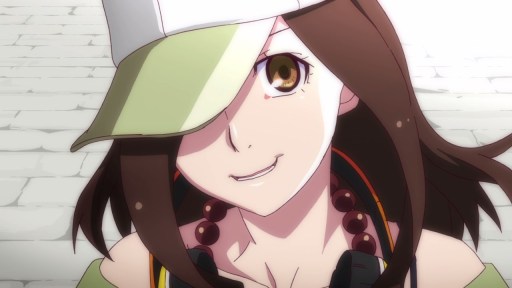 And finally, here’s Izuko Gaen as she’s done her job of killing Koyomi Araragi to lower his vampiric powers, then reviving him using the other sword that’s the counterpart to Kokoro-Watari, the Yume-Watari.

Oh yeah, Izuko told Koyomin that she wanted Mayoi Hachikuji revived so she can use her in the future. I wonder what Gaen is planning towards Hachikuji? In any case, Izuko reminded Koyomi that he needs to go to his chosen college and take the entrance exam. C’mon, Araragi is a third-year student and he needs to go to college after graduation.