Posted on January 3, 2018 by benigmatica

Here’s Hitagi Senjougahara as she wants Koyomi Araragi to take her on a date before graduation. C’mon, they need to make up for their lost time after solving mysteries and stopping evil apparitions in this town.

And here’s Araragi, being dumbfounded after Senjougahara asking him for a date that’s worth 6 months of their time.

Oh yeah, it turns out that Koyomi Araragi took the entrance exam after a brief encounter with Izuko Gaen, although we don’t know whether Koyomi passed or failed. But then again, I’m sure that he’ll pass the entrance exams!

Meanwhile, here’s Yotsugi Ononoki as she’s staying at the Araragi residence… as Tsukihi’s life-size doll that she can hug while sleeping.

By the way, it turns out that Tadatsuru Teori created Yotsugi and there’s confirmation that her creator is actually dead. Well, only his body was destroyed but his spirit remains to control one of his dolls. No wonder why Tadatsuru got stuck in hell.

Now then, it’s time for the date as Araragi and Senjougahara will go first to the planetarium.

Also, notice that Hitagi is driving the car. That’s because she got her licence before Koyomi does. Then again, Araragi getting a driving licence is hard since his ID picture will be invisible due to his vampiric powers. 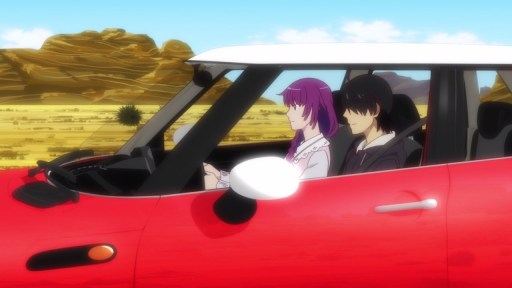 In any case, their date starts now as Koyomi and Hitagi will have a long day doing stuff like any other couple, be it stargazing or eating at a restaurant.

Of course, their date won’t be that long because Senjougahara will have dinner with her father after it. Man, what a bummer!

Meanwhile, let’s move onto the next scene where Koyomi Araragi encountered Ougi Oshino when he fell asleep on his way to the planetarium.

Anyways, Ougi said that the constellations are analogies of various characters throughout the series, from Hitagi having the constellation of Cancer to Nadeko Sengoku having Serpens due to being possessed by the snake god. Also, Ougi told Koyomi not to believe in Izuko Gaen’s words. But then again, the fact that Ougi is the one who orchestrated on murdering Koyomi makes me believe that I don’t trust Meme’s relative at all. 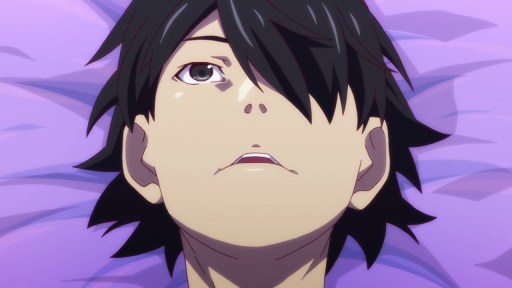 In any case, Koyomi Araragi finally woke up and he was surprised that he got transported to the planetarium already.

Just kidding, Koyomi is inside the planetarium together with Hitagi, but dozed off when seeing the stars and constellations.

So why starting their date at the planetarium of all places? Well, Hitagi Senjougahara will take the geo-science course in college because of her fascination with the stars, planets, even the universe at large. Gotta say that Senjougahara got her plans set, but I wonder what course will Araragi take when he’s in college? 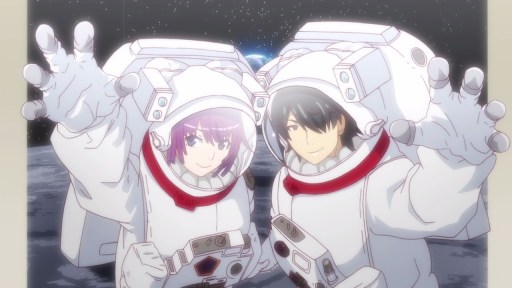 With that said, let’s end this episode where Senjougahara and Araragi are spending their remaining free time dating until evening. Oh yeah, it appears that they’re calling themselves by their first name, which is quite an improvement on their relationship.

One last thing, Hitagi told Koyomi that Tsubasa Hanekawa found Meme Oshino. Of course, Tsubasa will continue to investigate his whereabouts until she confirmed that Meme is alive. Now then, I’ll see you next time for the final story arc, which will revolved around Meme’s relative Ougi.