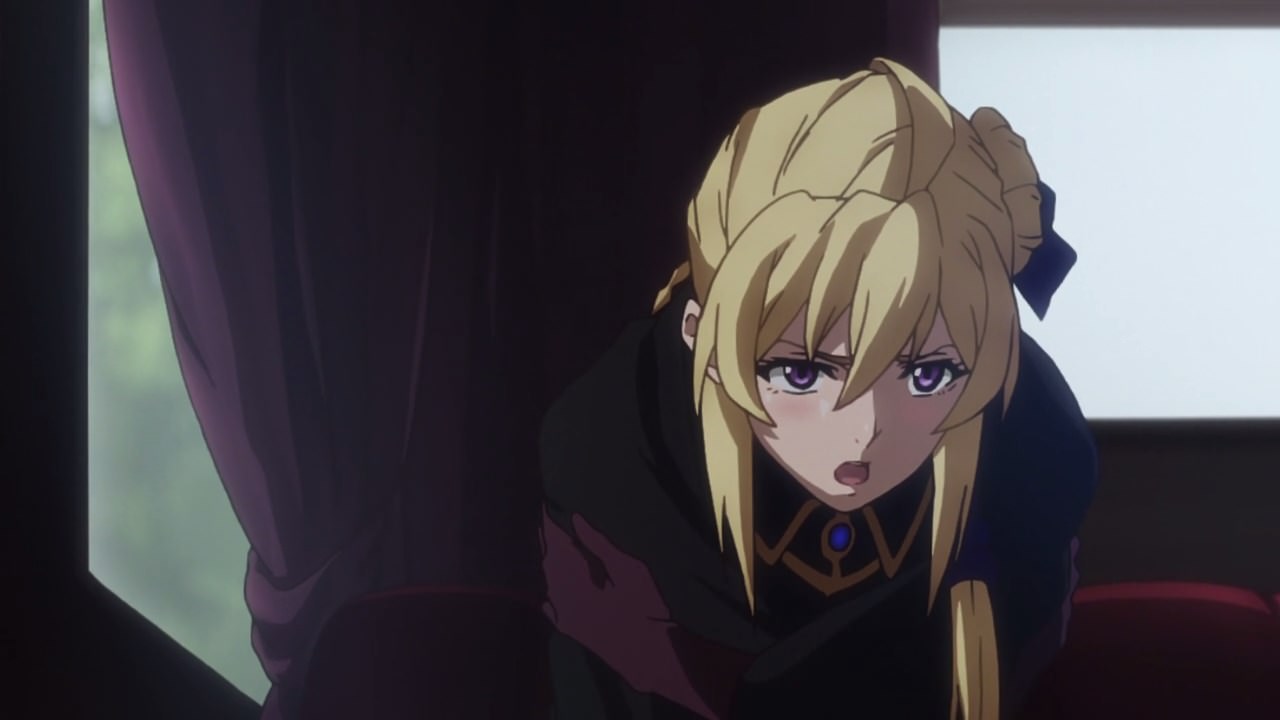 Hey everyone, here’s an anime adaptation of a light novel series by Ryo Mizuno, best known for his epic series Record of Lodoss War. Heck, let’s just say that this series is a spiritual successor to the Lodoss War.

Anyways, this is Siluca Meletes who’s about to form a contract with a lord in order to achieve her dream of becoming a powerful rainbow mage. 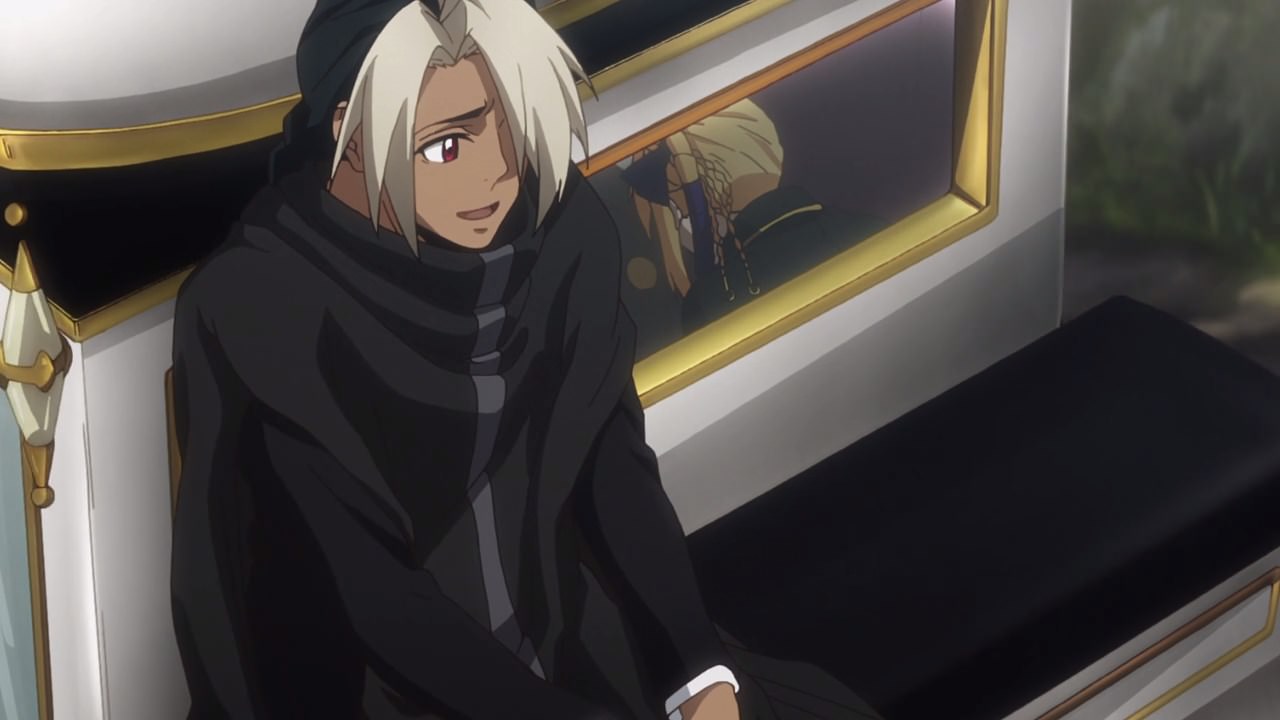 Accompanying Siluca is Irvin who’s is demon seal holder. While these two people are just traveling to a nearby domain and make a pact with a local lord, both Siluca and Irvin are trying to move away from the terrible event known as the Grand Hall Tragedy.

What was supposed to be a union between the Fantasia Union and the Factory Alliance ended in a great disaster when a demon lord appeared.

The archdukes of both Duex and Kreische families tried to seal the demon lord with their combined crests.

Unfortunately, both archdukes’ heads were cut by the demon lord, leaving their respective families in despair. This affected Marrine Kreische whose father was slain in front of her eyes.

Because of this tragedy, the marriage between Alexis Doucet and Marrine Kreische were called off and war broke out between the Union and the Alliance. Had this tragedy not happened, it’ll be the birth of a new superpower. But alas, the whole continent is engulf in another endless war. 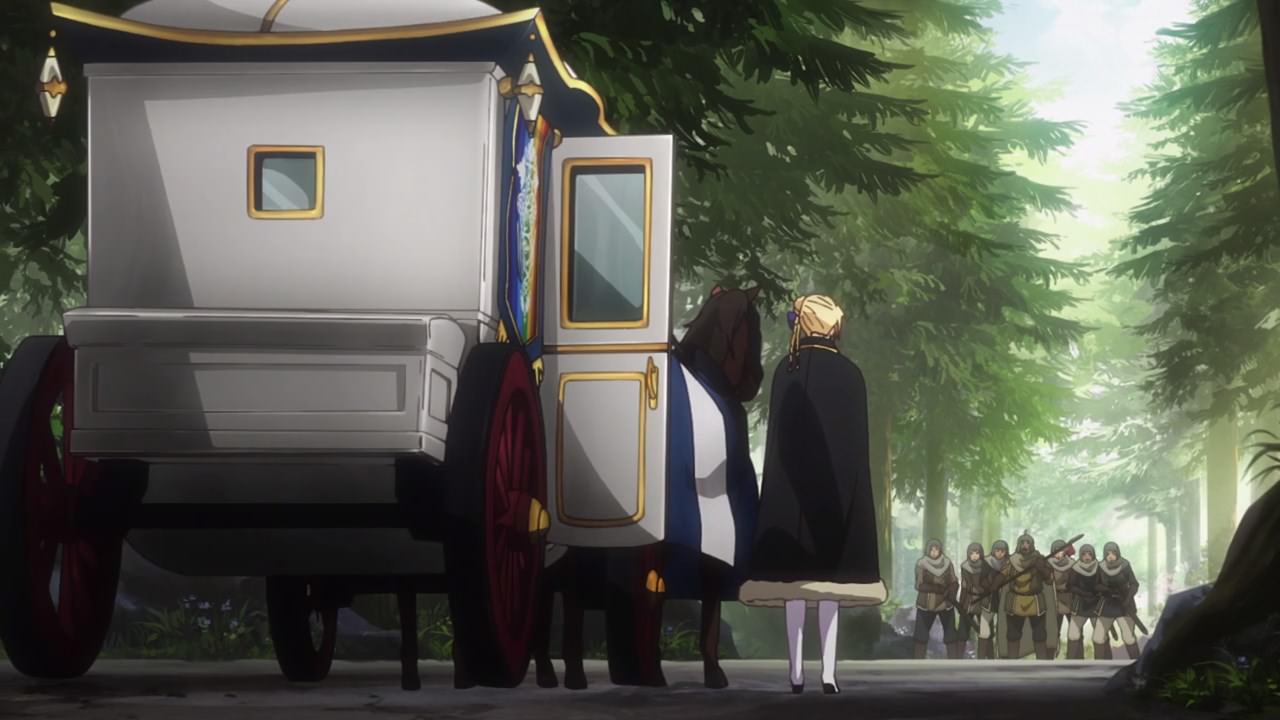 Now let’s go back to the present as both Siluca Meletes and Irvin are being attacked by a band of bandits. 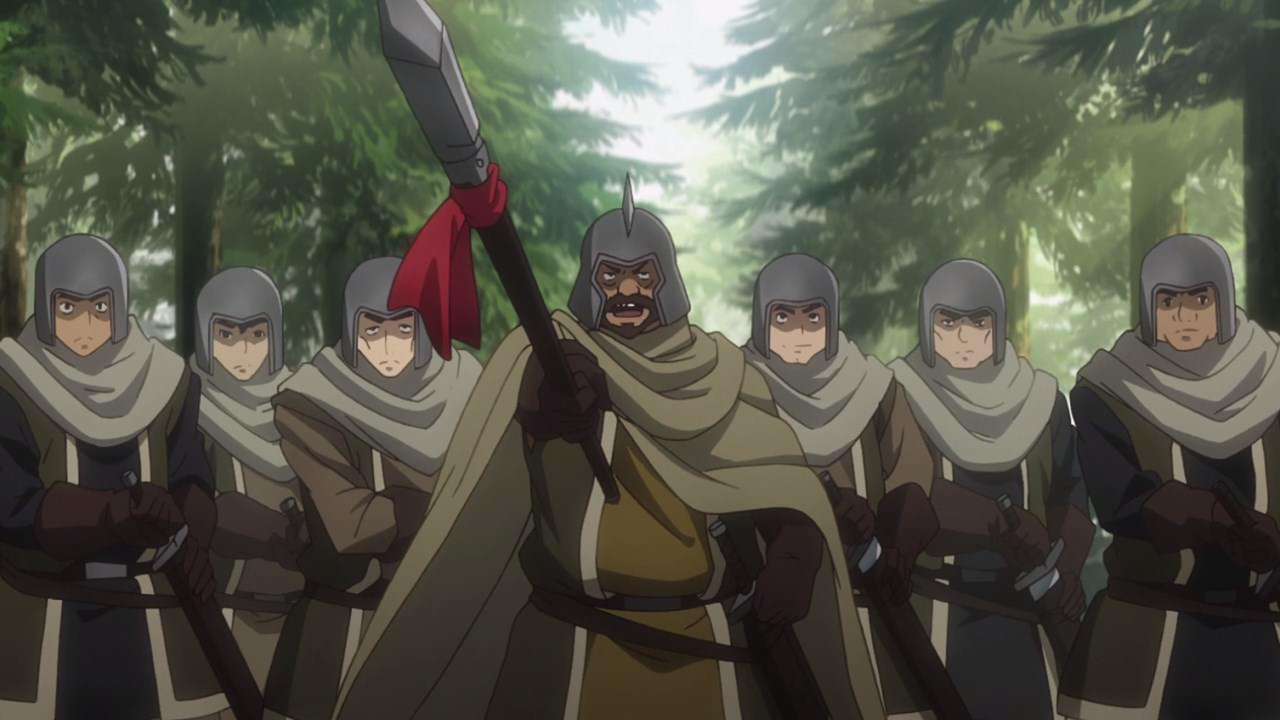 While it’s a violation of attacking a mage without getting a contract to a lord, these bandits don’t bother of violating the treaty as they want to have their way towards Siluca. 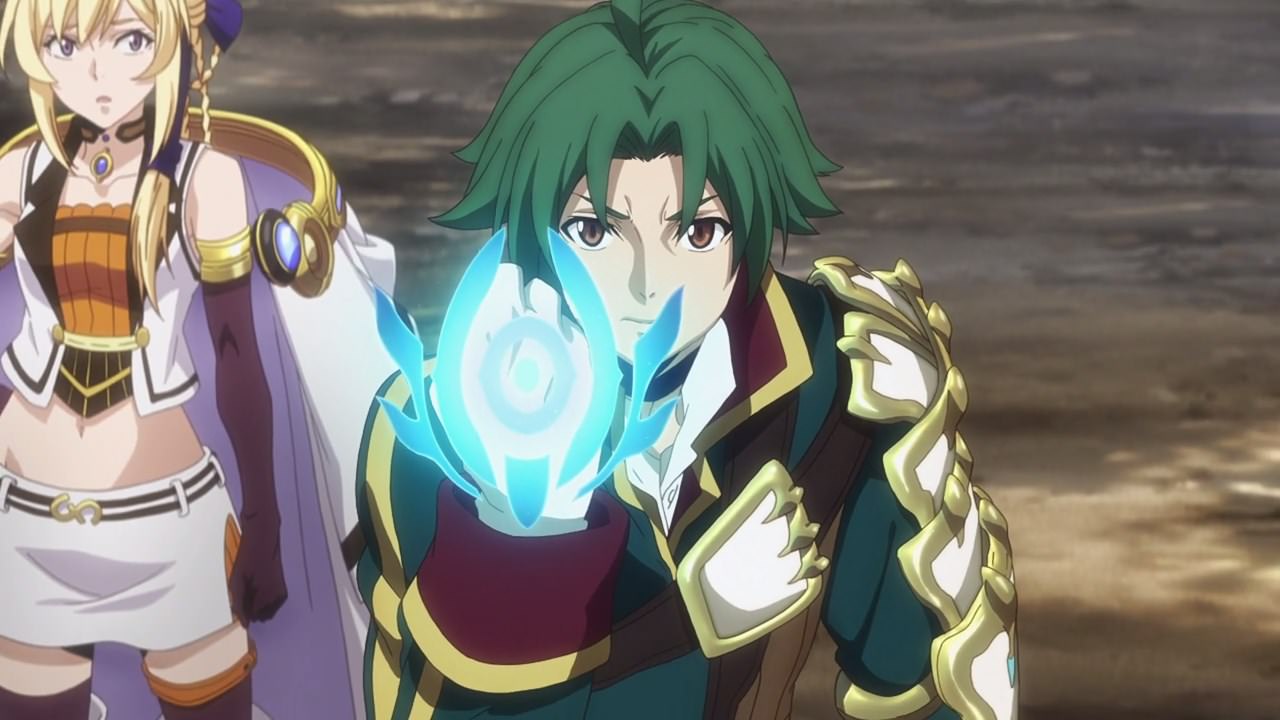 But just before the bandits made their attack towards Siluca, a young swordsman named Theo has arrived to rescue Siluca Meletes, even though she’s capable of handling those bandits on her own.

Oh yeah, it turns out that Theo is an aspiring lord who wants to liberate his country from a tyrannical lord. Of course, Theo is just starting out as his crest is not capable of getting his own land, let alone recruiting one mage. 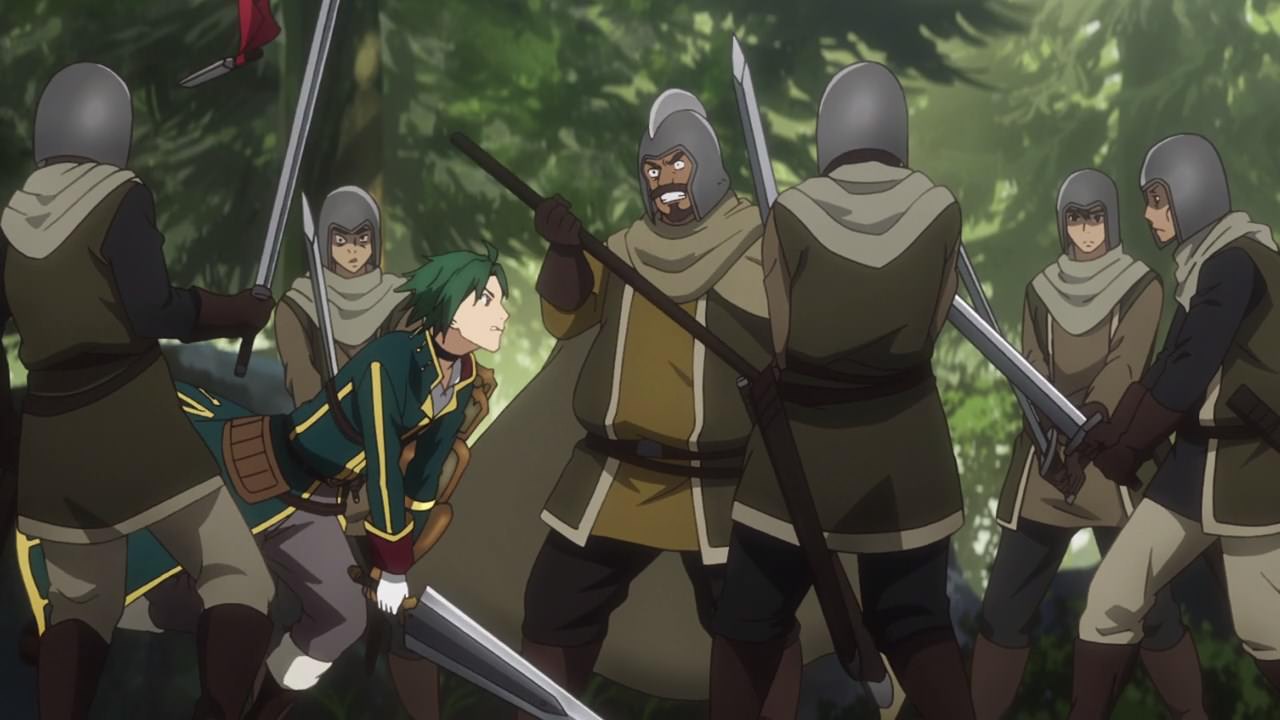 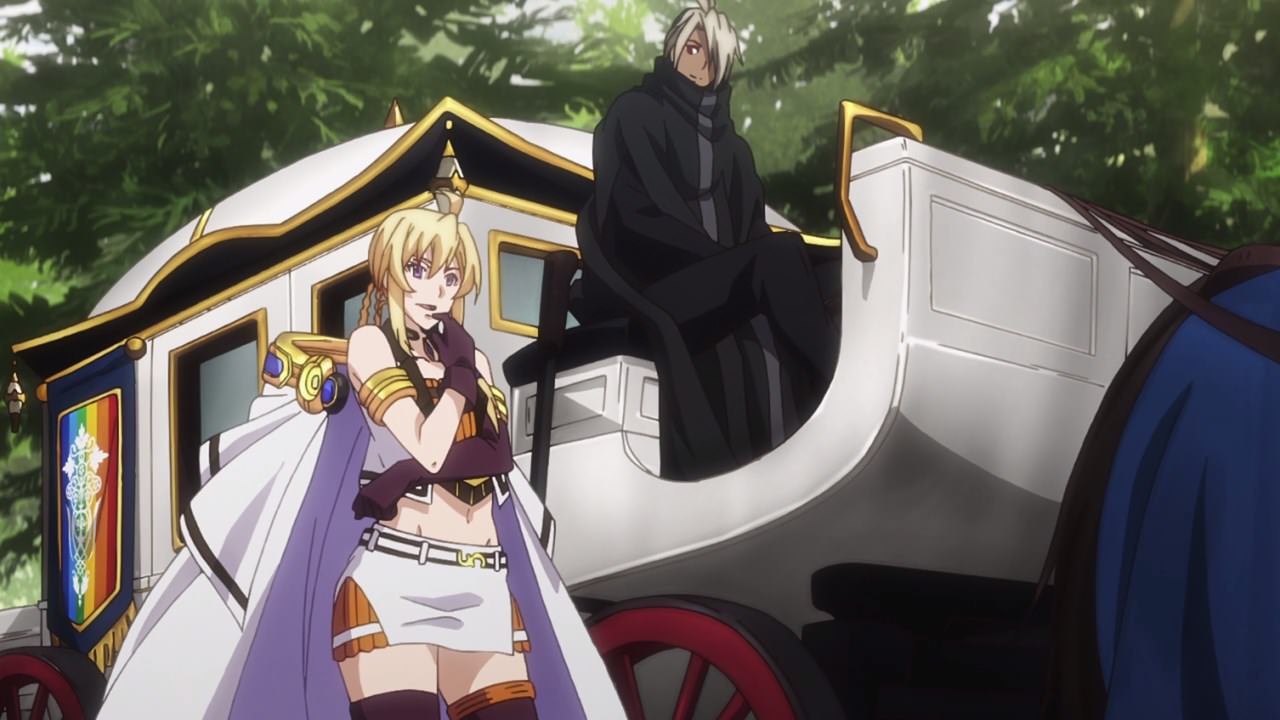 But you know what, Theo is capable of defeating most of the bandits that both Siluca and Irvin are impressed by his bravery and swordsmanship.

In any case, looks like those bandits won’t have to bother with a mage anymore as they left the scene, battered and humiliated. 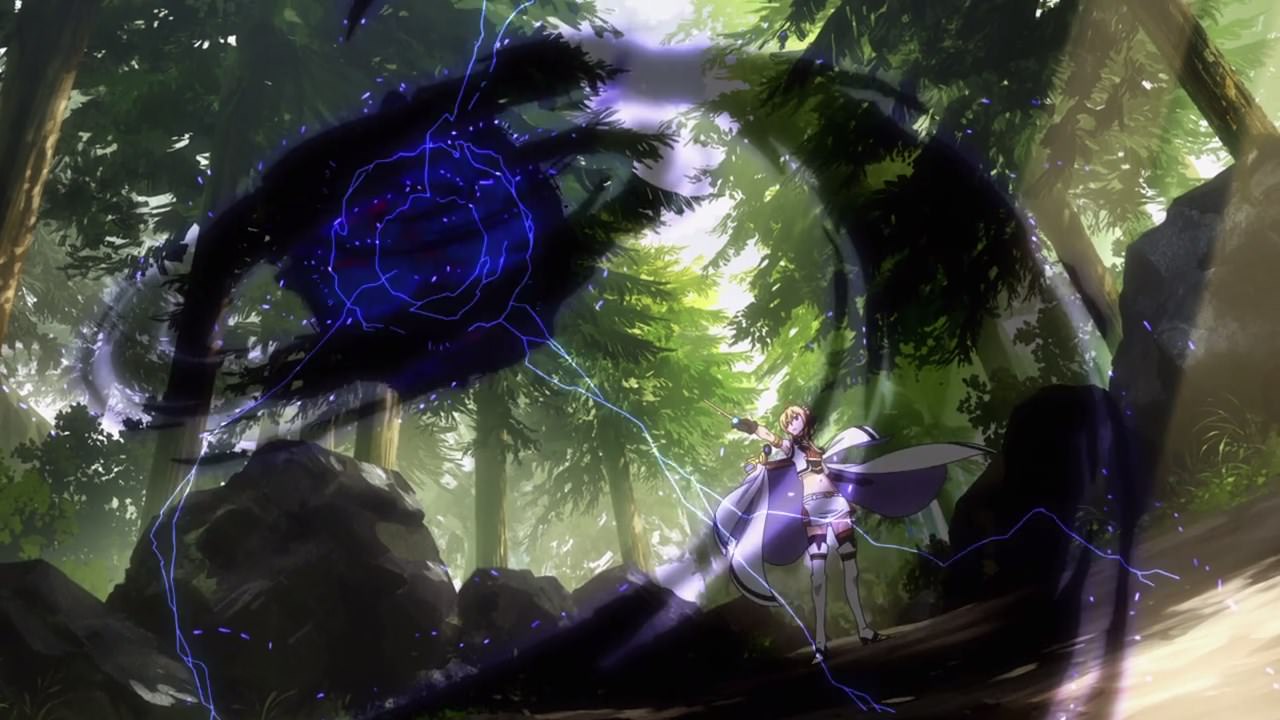 As a reward for his actions, Siluca summoned a monster as a test to see if Theo can have what it takes to rise up and become a lord. 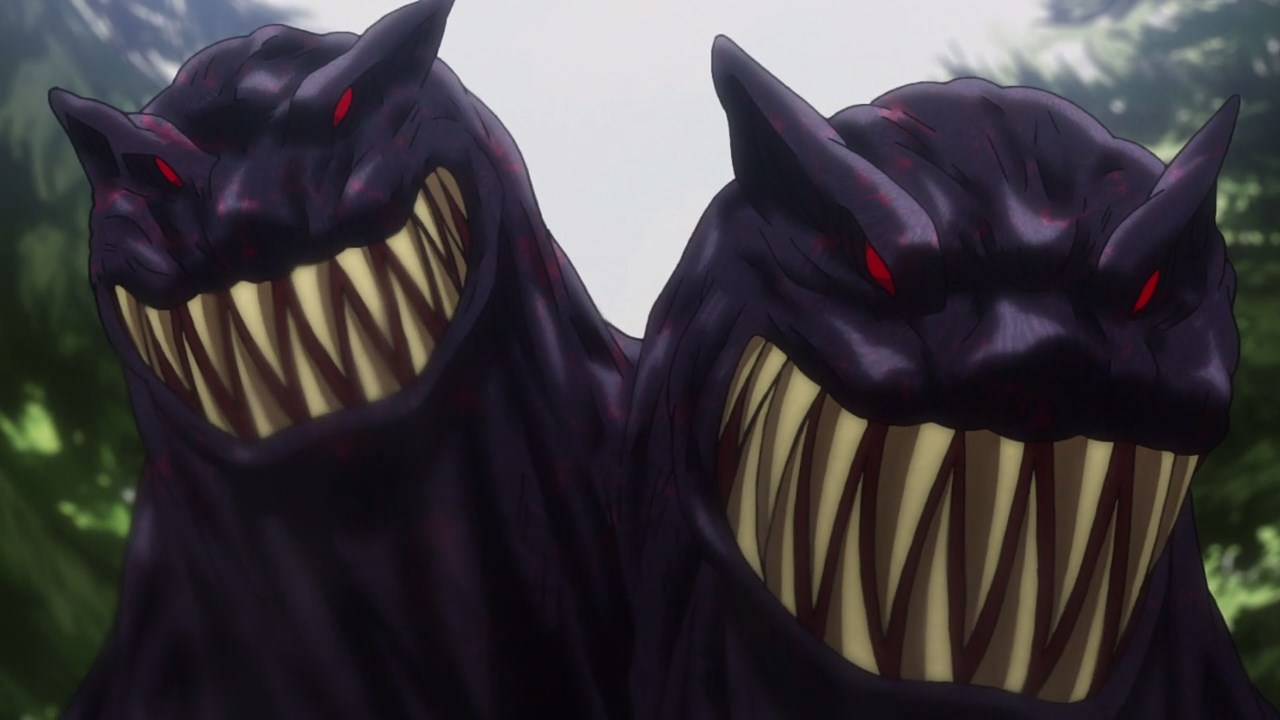 Anyways, this is Orthrus who is a two-headed dog from Greek mythology and this will be Theo’s opponent to see if he’s worthy. 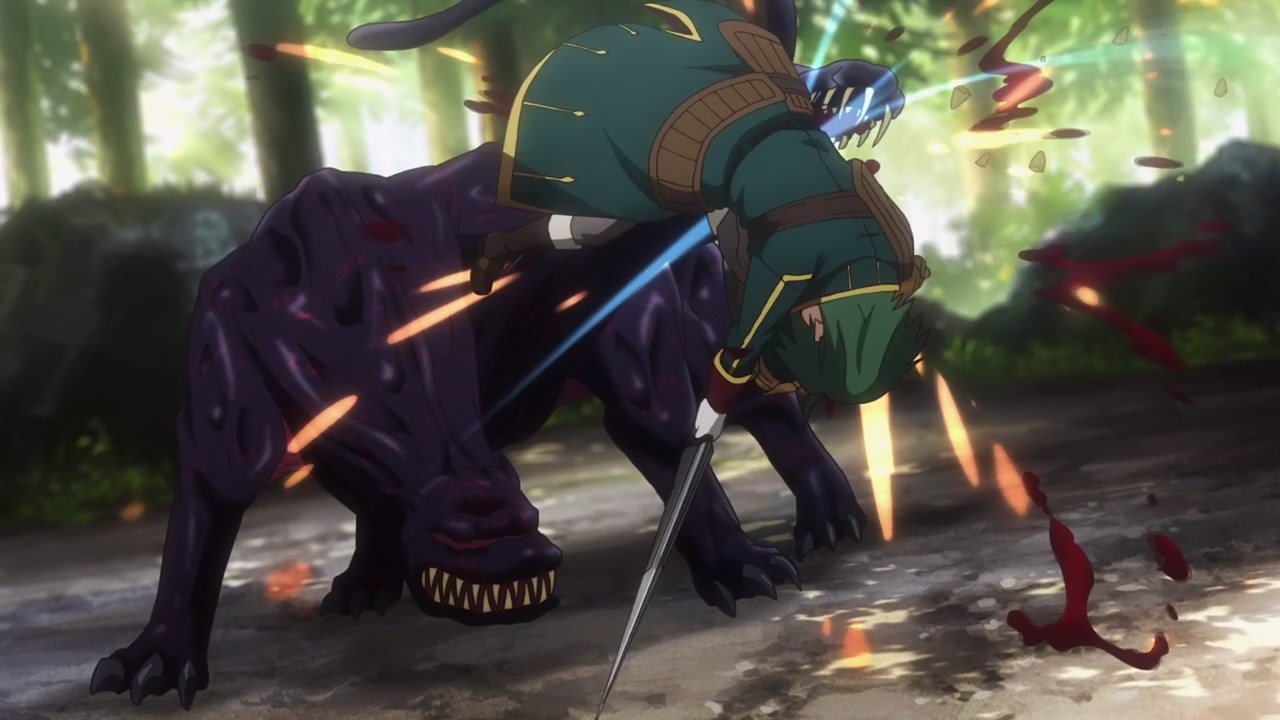 With that said, Theo will have to kill the monster Orthrus and take its Chaos Core. Of course, it’s not easy for Theo to defeat a monster as he’s struggling a bit. 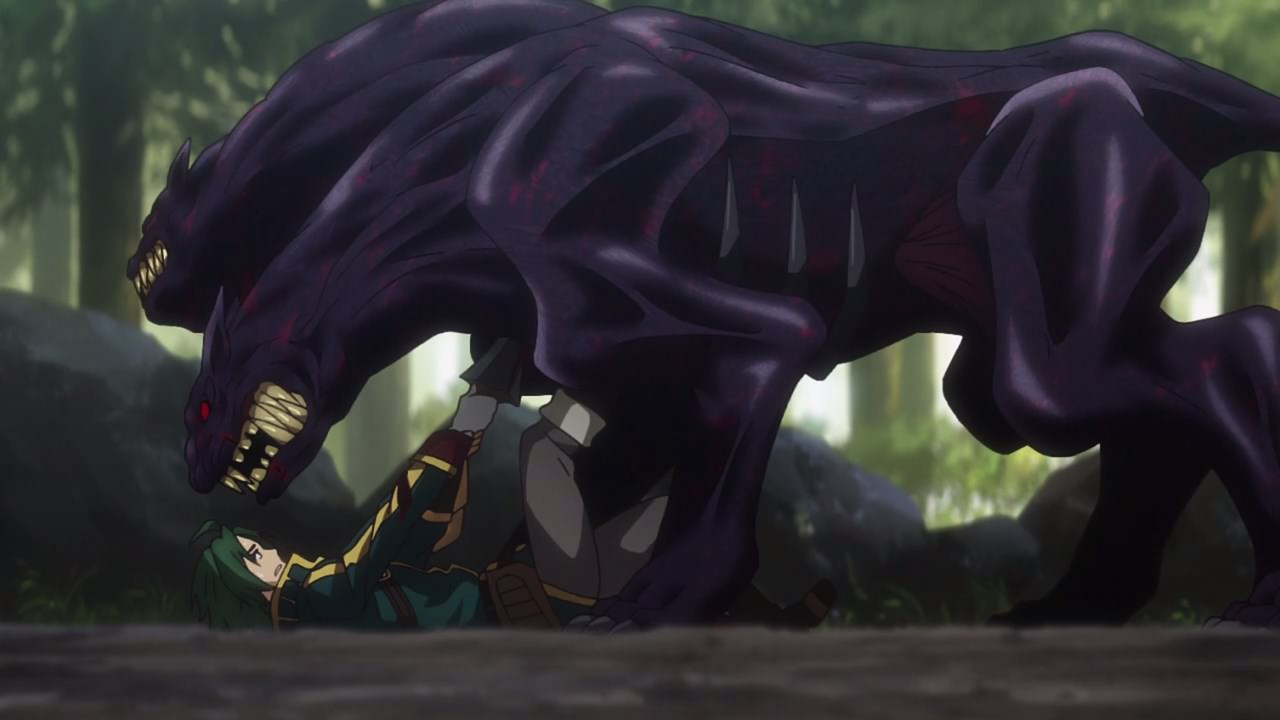 Eventually, Theo managed to land a fatal blow against the two-headed dog when his life is about to meet its end. 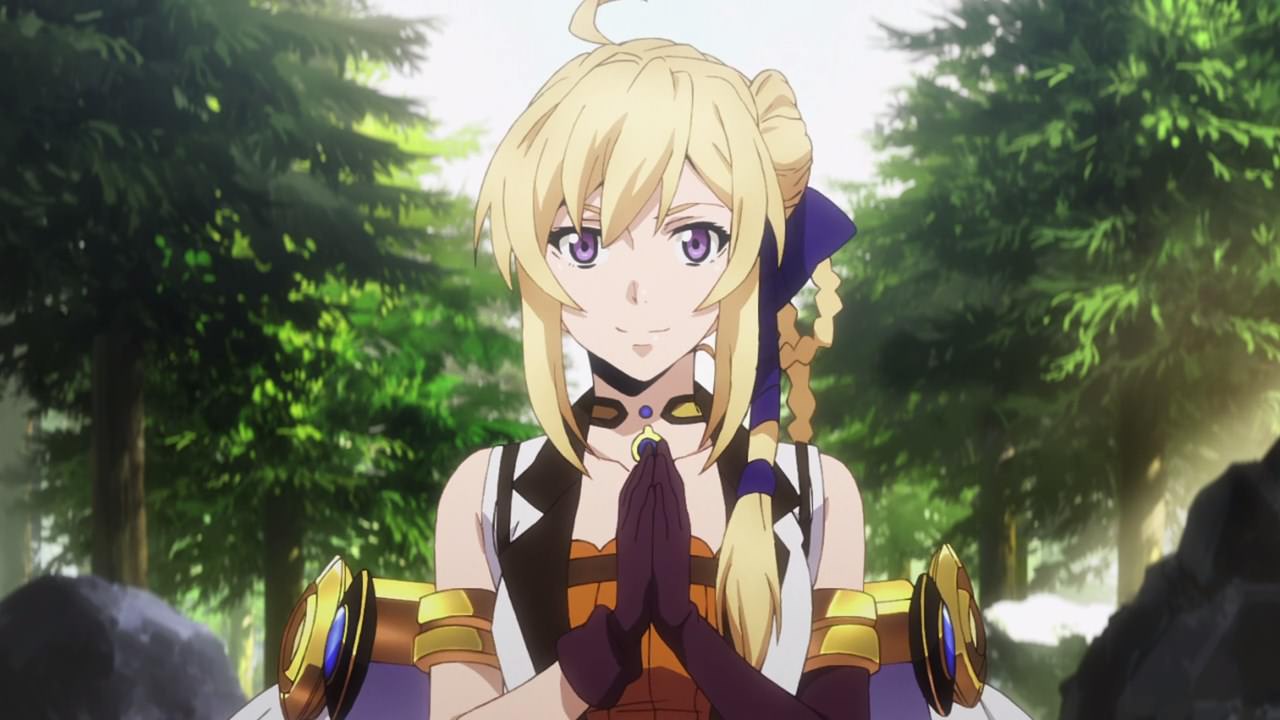 As for Siluca Meletes, she congratulated Theo on defeating Orthrus. Of course, he needs to get the Chaos Core from the slain monster before it dissipates. 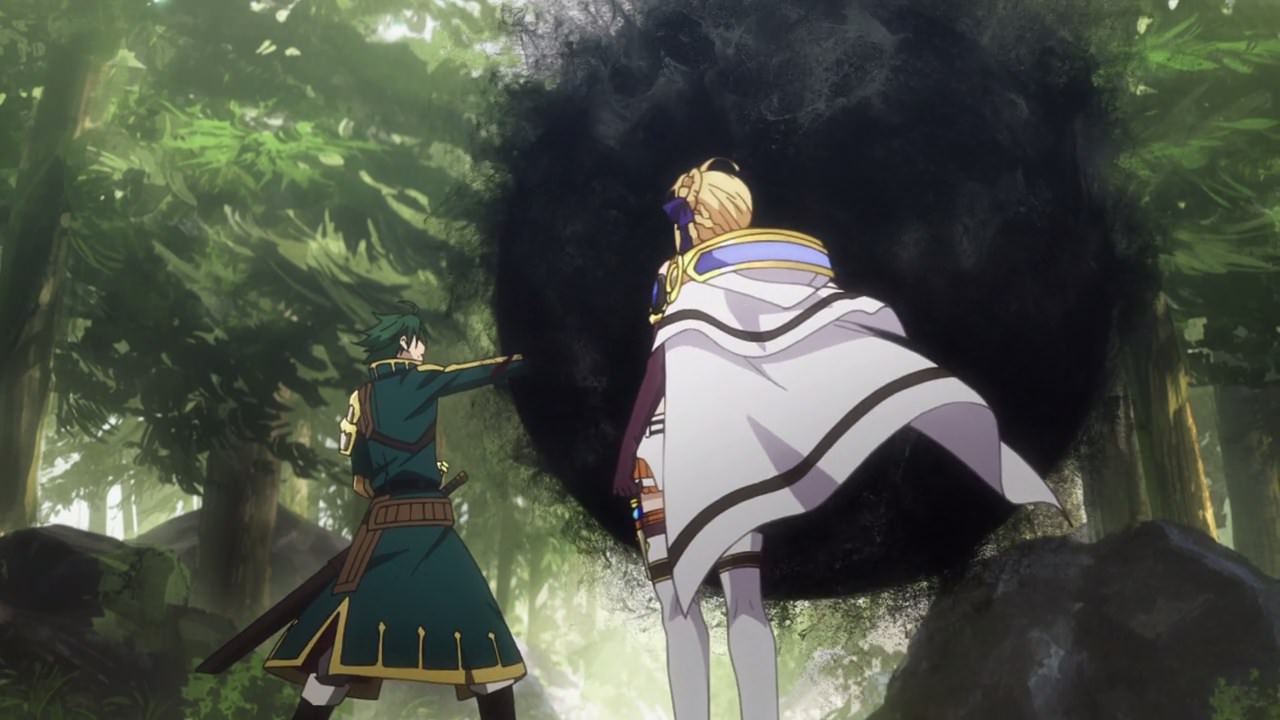 With no time to waste, Theo puts his right hand onto the Chaos Core and absorbs its energy. C’mon, it’s his chance to level up his crest. 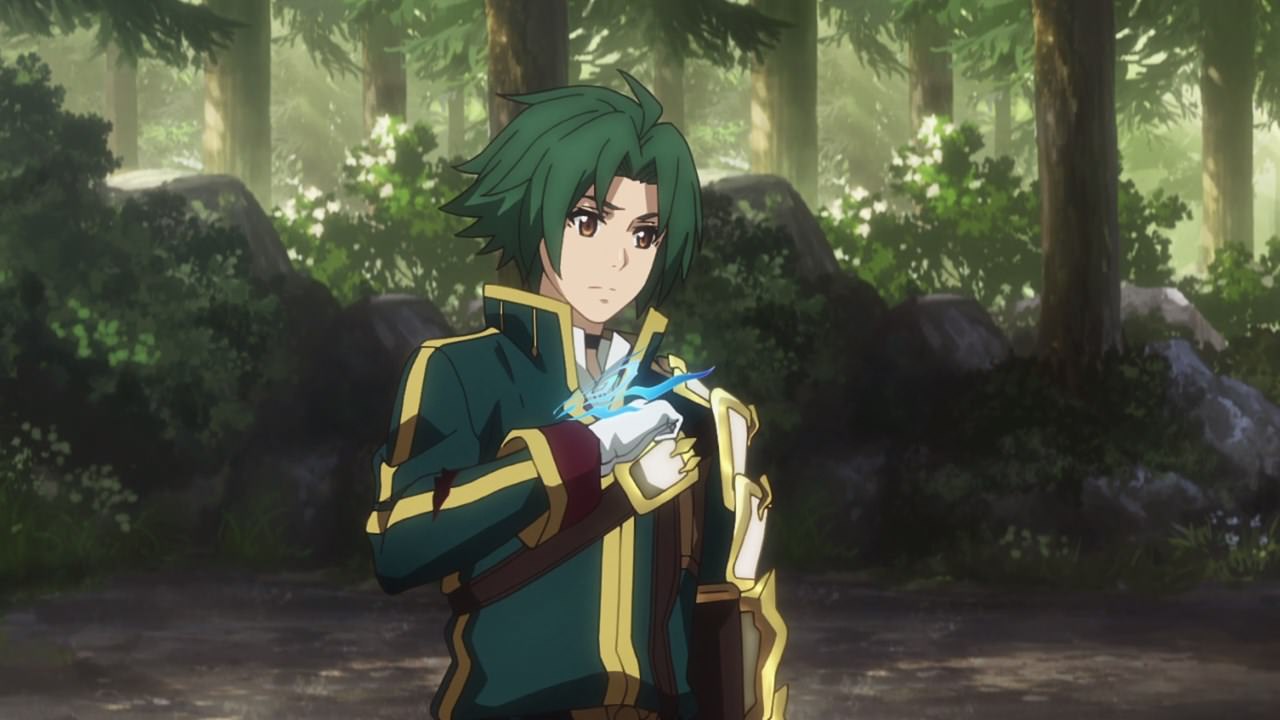 Eventually, his crest was upgraded, turning him from an ordinary swordsman into a knight.

Well, I have to say that Theo is not yet a lord but becoming a knight is a start! 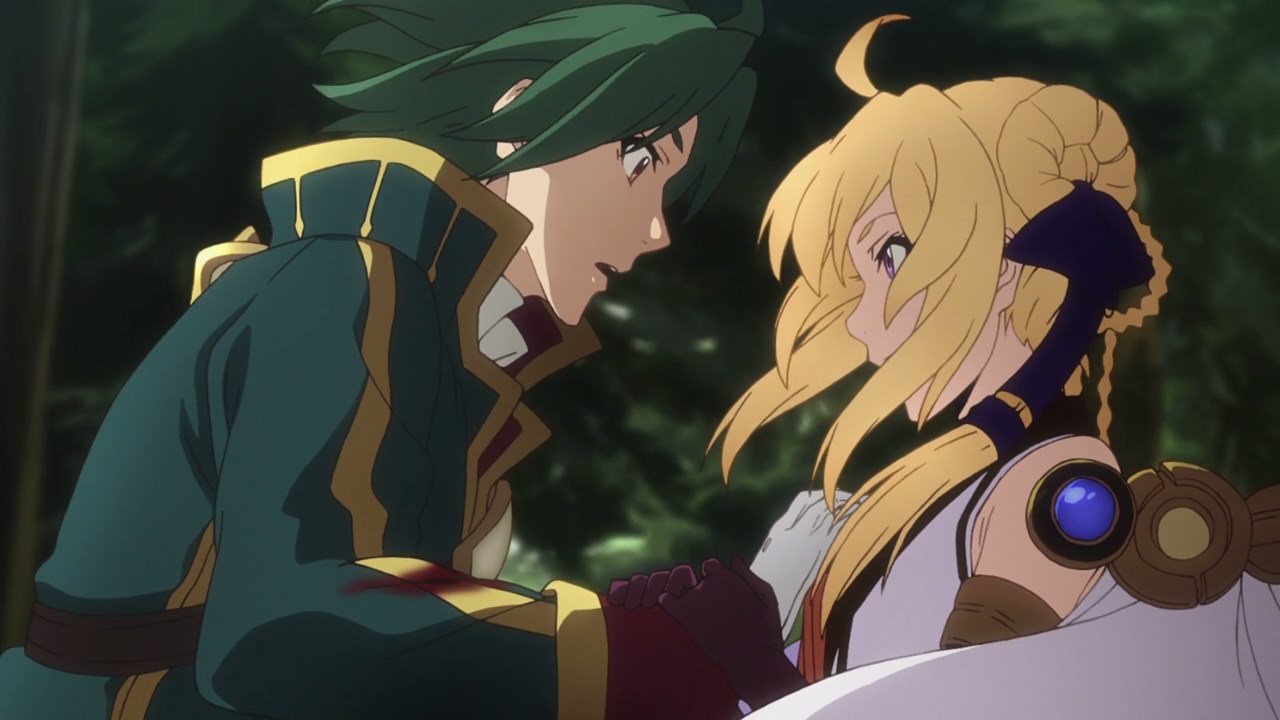 And since Theo has recently become a knight, he has an ability to recruit one mage to serve him. Thus, Siluca forms a contract with Theo on the spot instead of making a pact to another lord like she was originally supposed to do.

Well, that was a surprising turn of events for this first episode. But wait, there’s more as Siluca told Theo that he must get his own domain first before realizing his dream of liberating his nation Sistina. 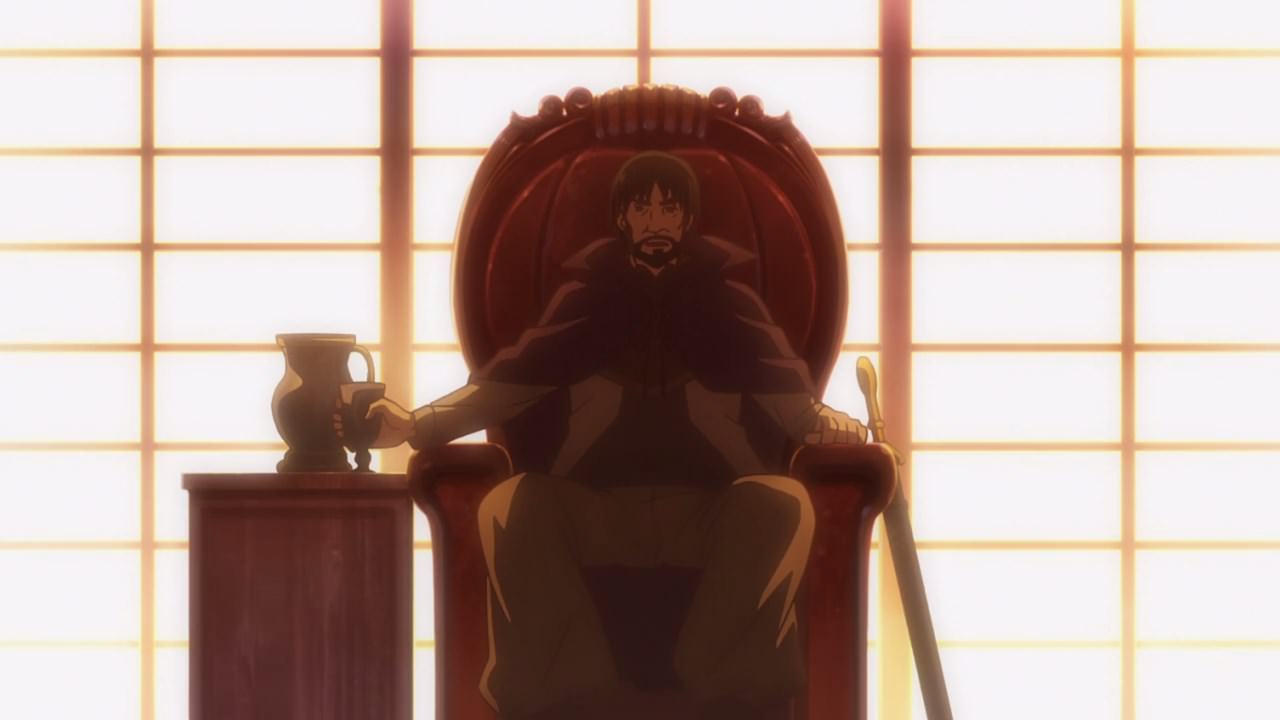 So, they went to see a local lord and asked him to step down peacefully. Of course, this lord won’t give up his position that easily unless he roughen up Theo. 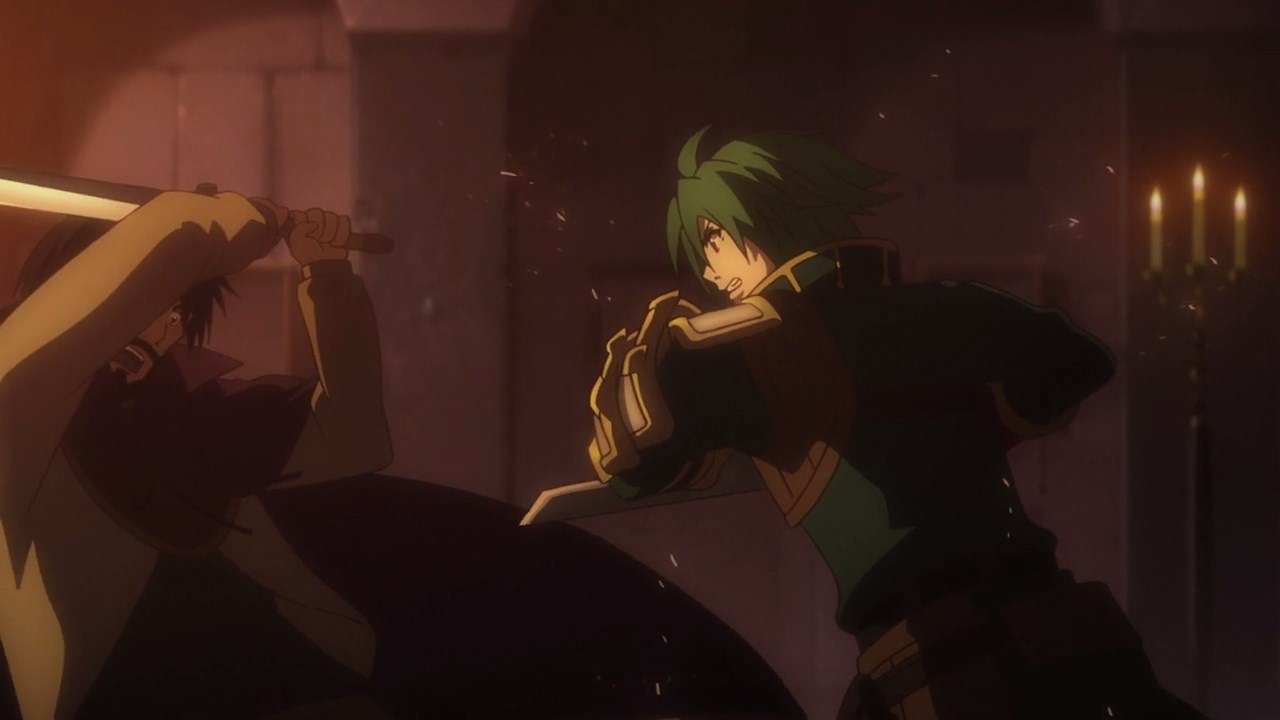 Unfortunately for this local lord, Theo is far more capable of defeating him in combat as this young knight brought the local lord down. 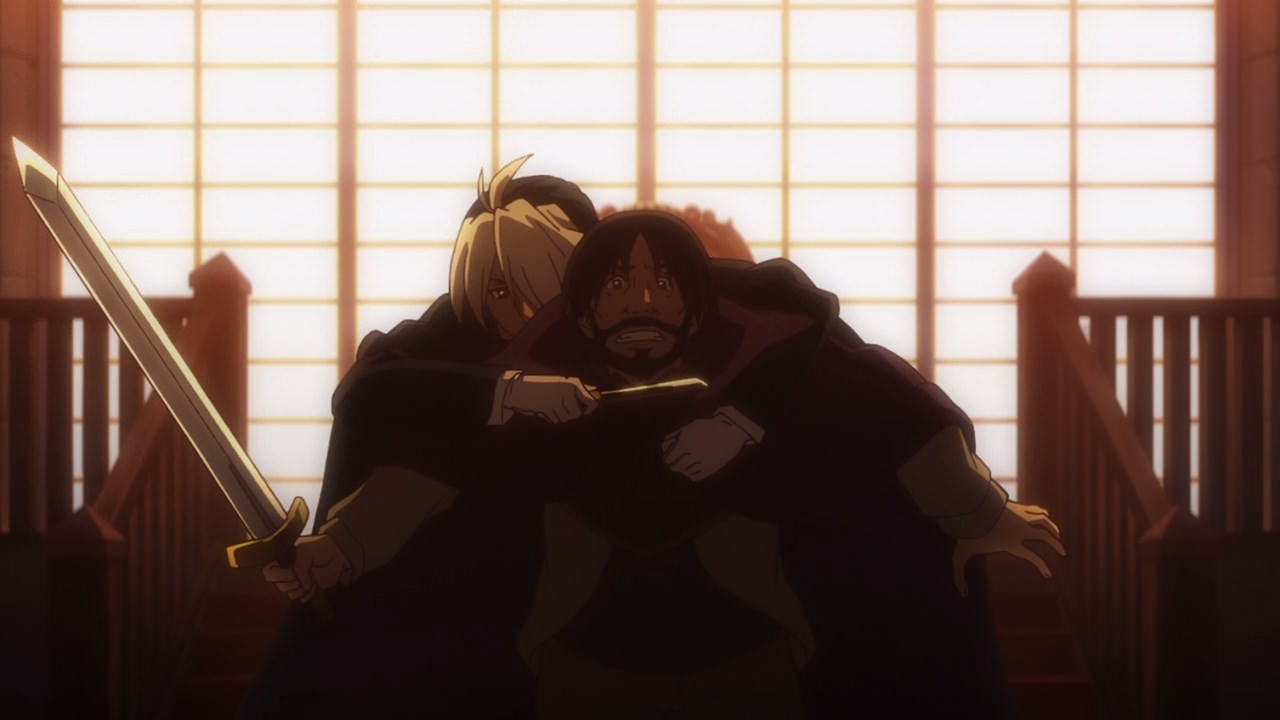 Oh, and if this local lord tried to do anything dastardly like pulling off a knife and stab Theo, Irvin will point his trusty butter knife on this local lord’s neck.

At this point, this local lord will have no choice but to surrender his crest and domain to Theo. 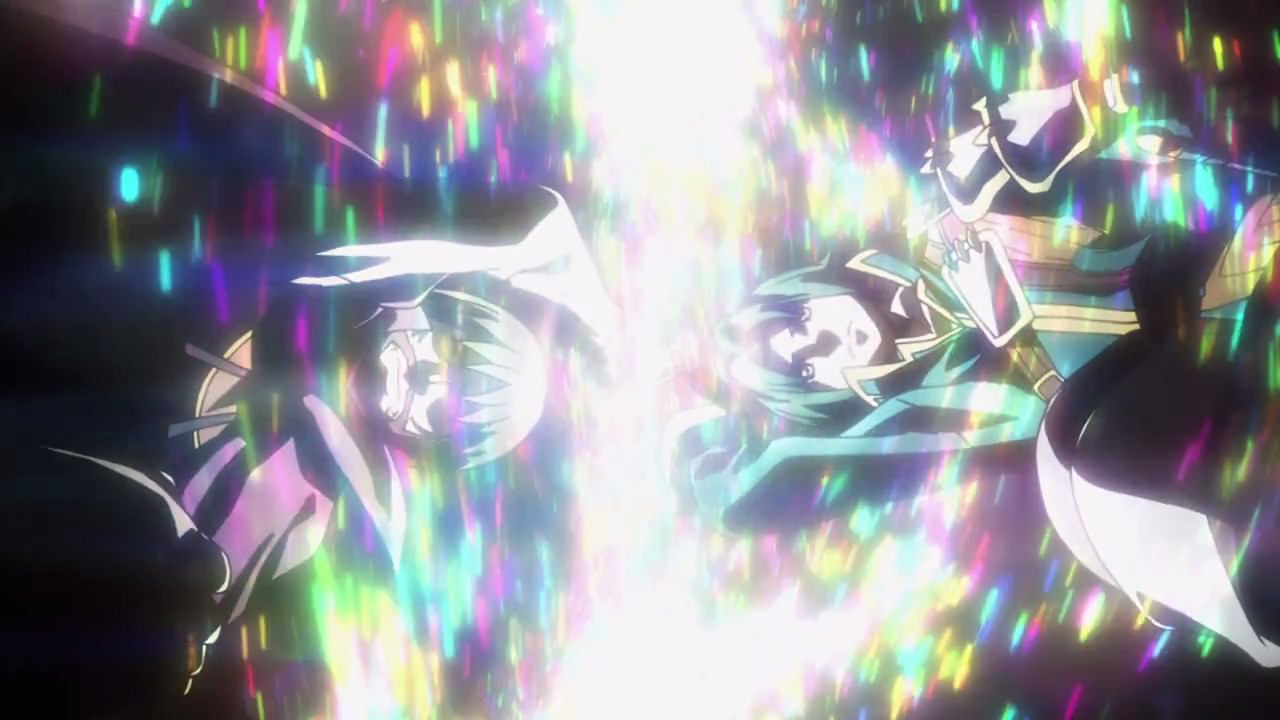 Well, I must say that there’s so many things happened on this episode, from slaying a summoned monster to taking over a lord’s domain. So while Theo got the crest from the now-deposed lord, he’s still has a long way to go in order to liberate his homeland.

Anyways, I feel that Record of Grancrest War has the potential to be a great anime adaptation of Ryo Mizuno’s latest light novel series, so I’m hoping that something good will happen on future episodes. 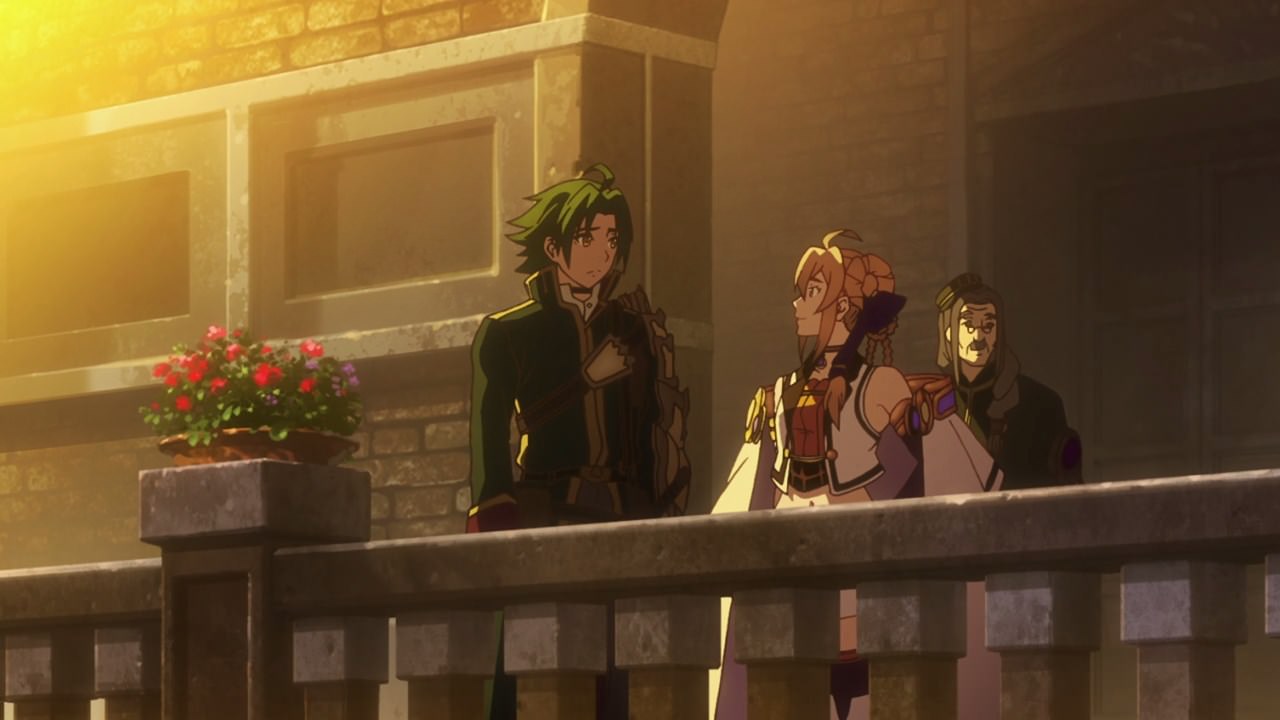 For now, Theo will have to rebuild his domain as other lords might invade it. However, Siluca Meletes suggested him to join the Factory Alliance in which Theo will gain some supporters at a cost of becoming the enemy of the Union.

In any case, let’s wait and see on the next episode!