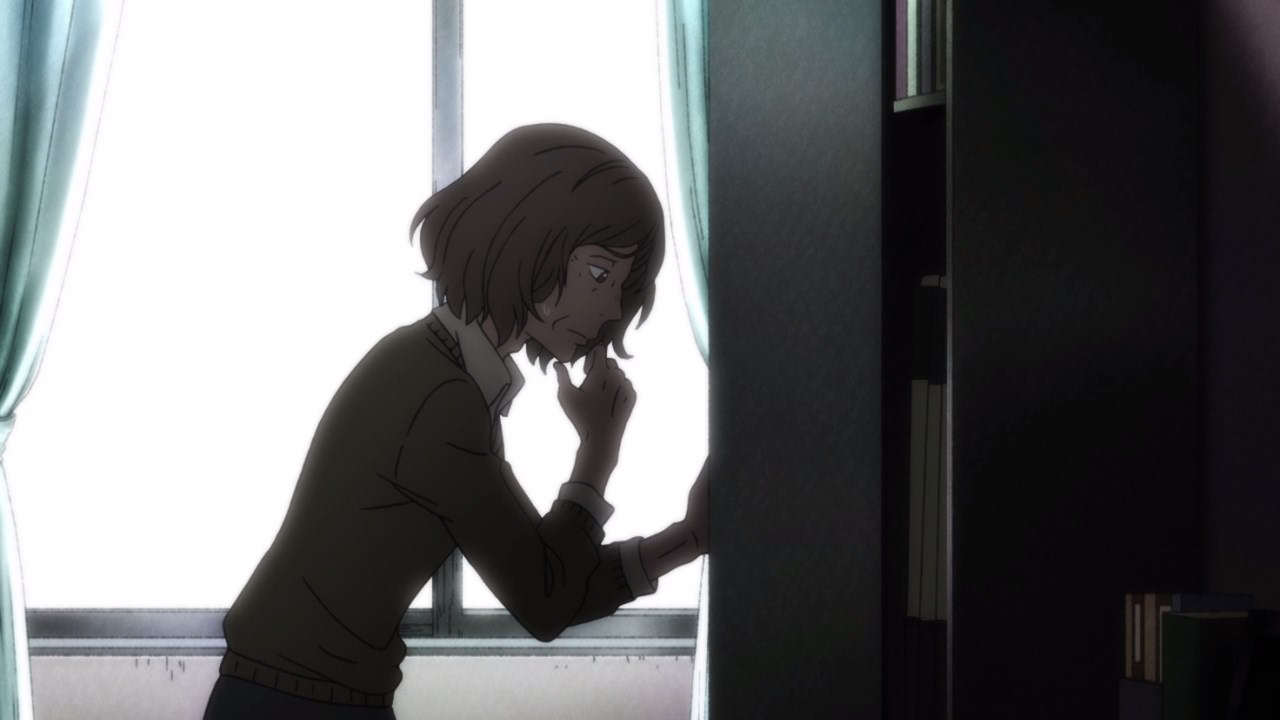 Well everyone, we’re back for the second half of Season 2 and things aren’t looking well where the homeroom teacher is panicking that her timeline planner is missing. 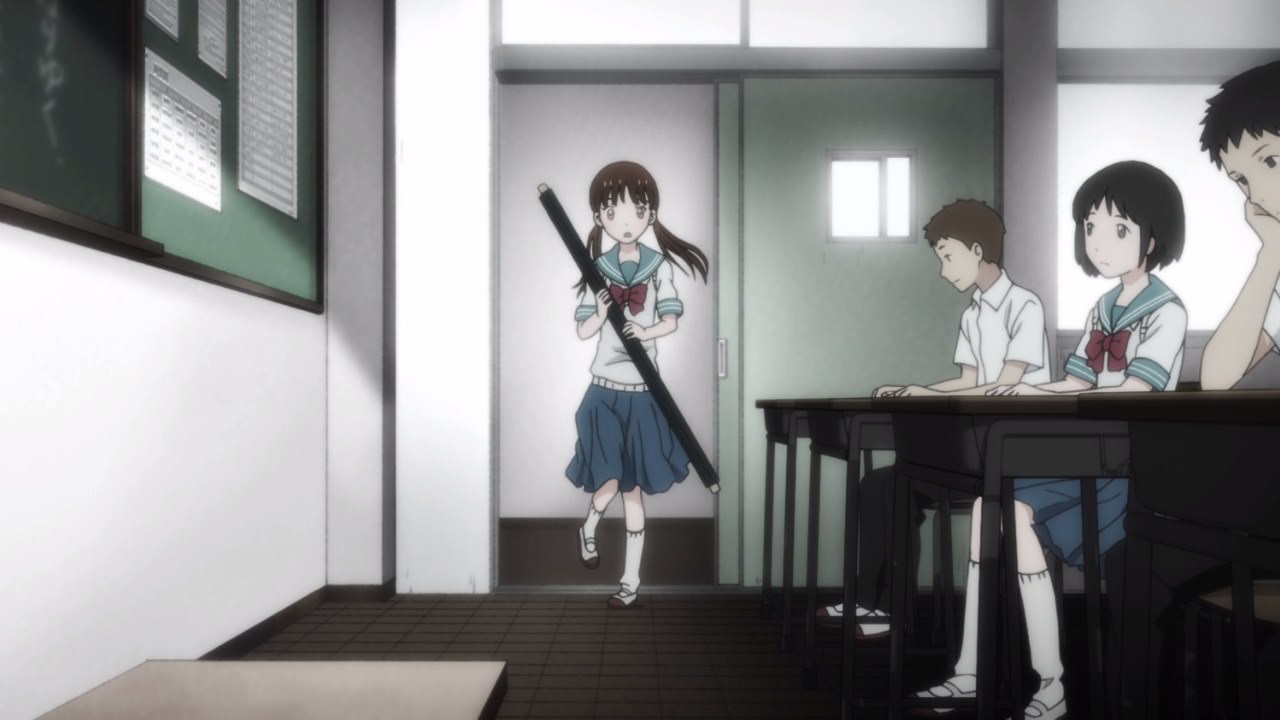 Fortunately, Hinata Kawamoto found the planner as it was hidden somewhere. Well, at least everything is solved, right? 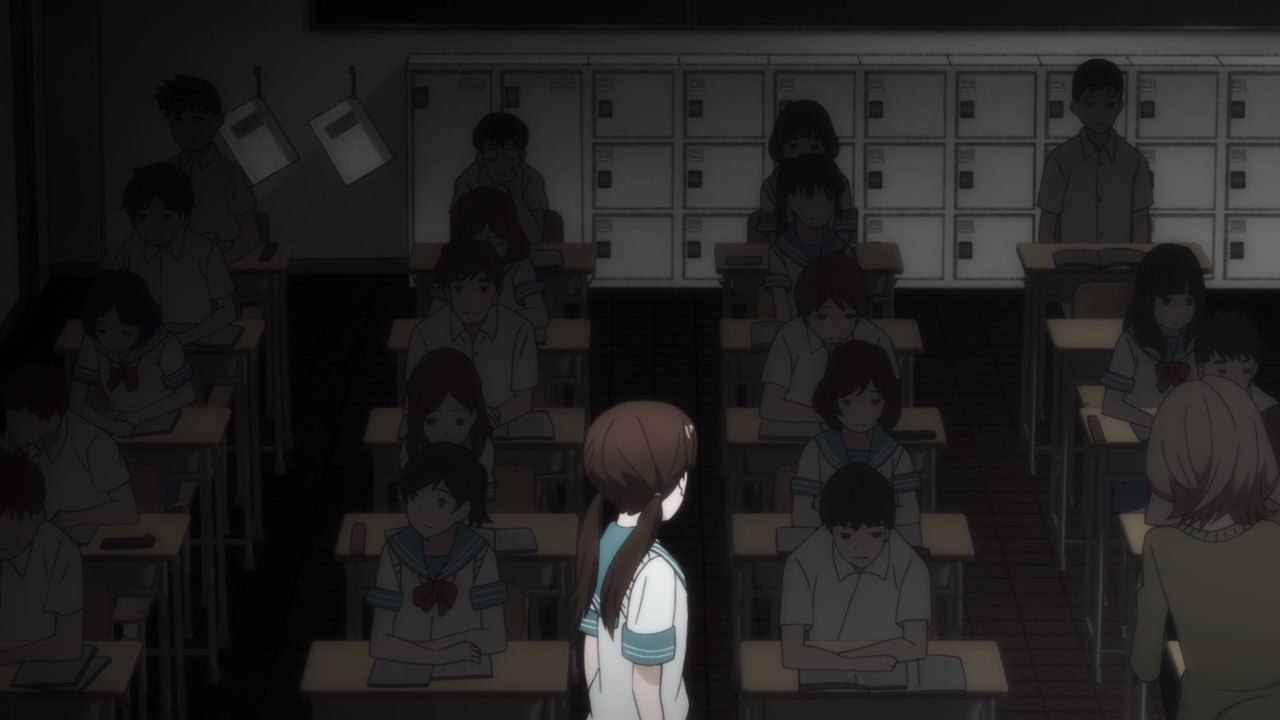 Not quite as let’s not forget that Hinata’s class is is a bad mood lately thanks to a string of bullying that’s happening recently.

Of course, Hinata Kawamoto is being the victim here as the whole class pretty much isolated her. I mean, they don’t want to get involved with her since they might become the next victim. 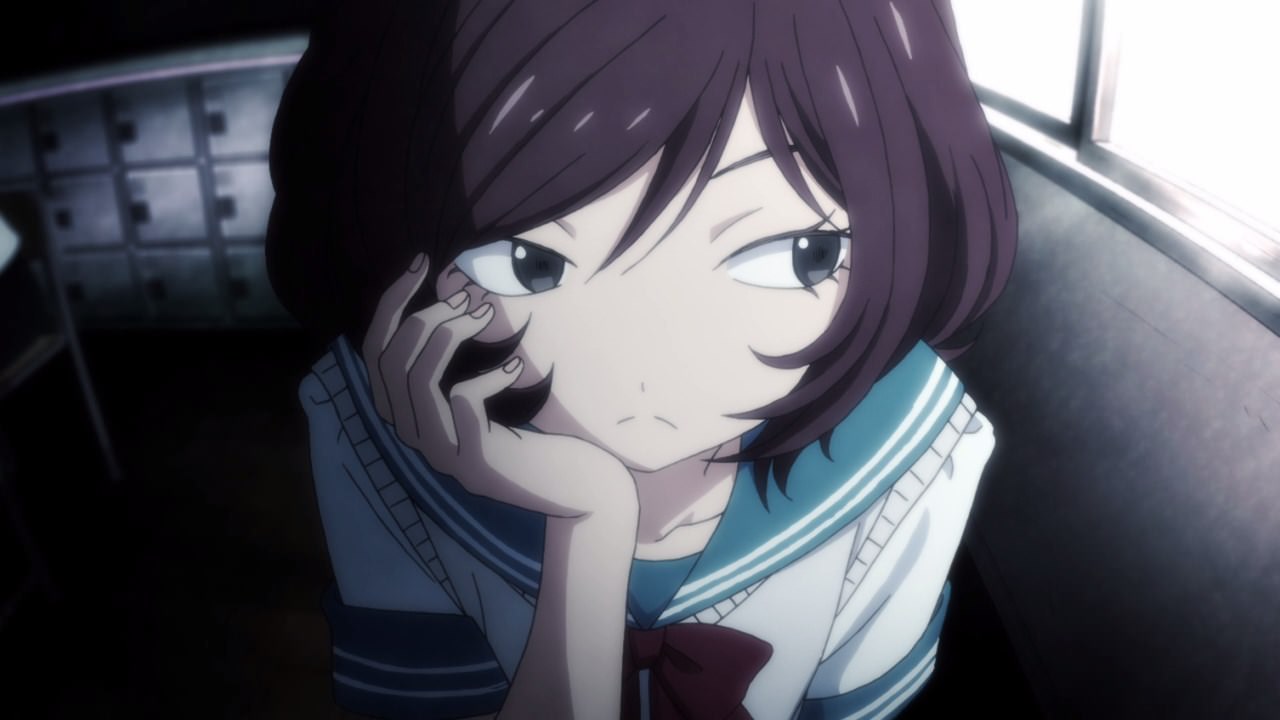 On the other hand, seems that the main culprit has finally showed up as Megumi Takagi is the one who’s bullying anyone who find it annoying, like Chiho Sakura for example as Megumi bullied her until Chiho was forced to transfer to another school.

Then again, let’s just say that Takagi is playing innocent at the moment as she’s pointing Kawamoto as the culprit on hiding the timeline planner. Of course, there’s no proof of it because Hina-chan just found the planner. 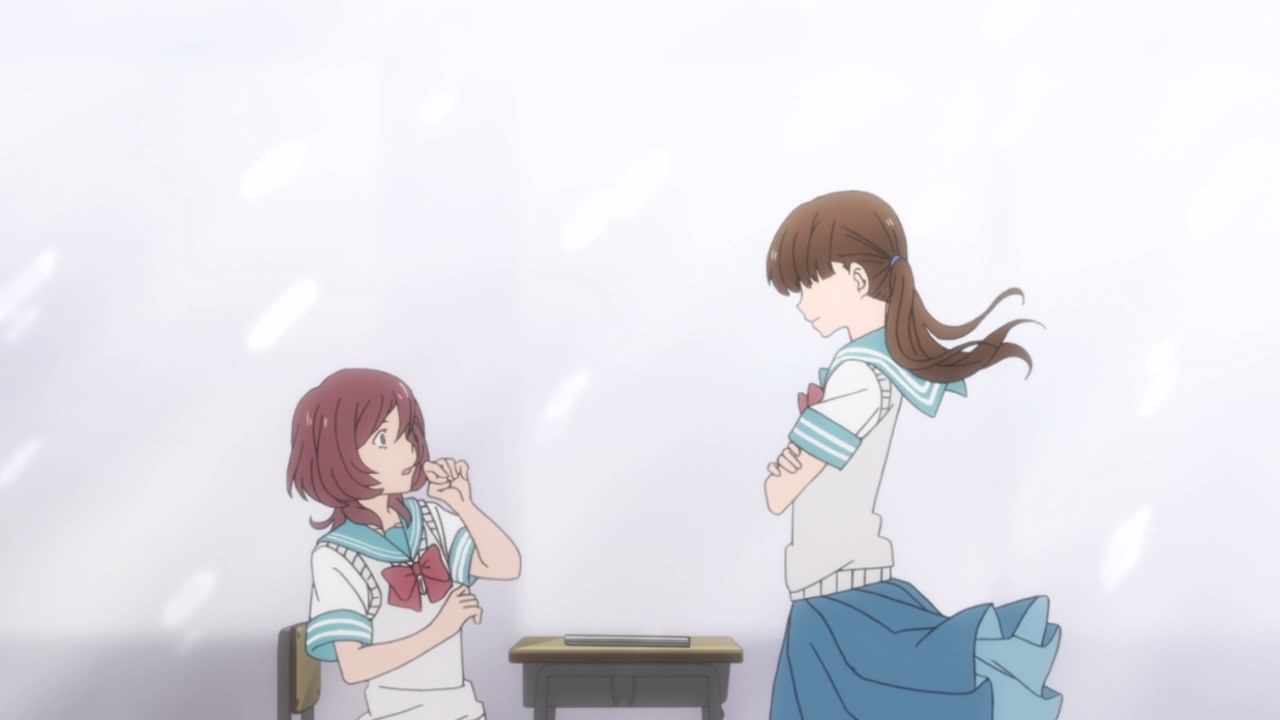 And speaking of Hina-chan, she had enough of Megumi’s yapping that Hinata told her to stop bullying others just because she got bored or annoyed at everyone else.

So yeah, Hinata is very angry towards Megumi because bullying is bad and I won’t tolerate it at all! 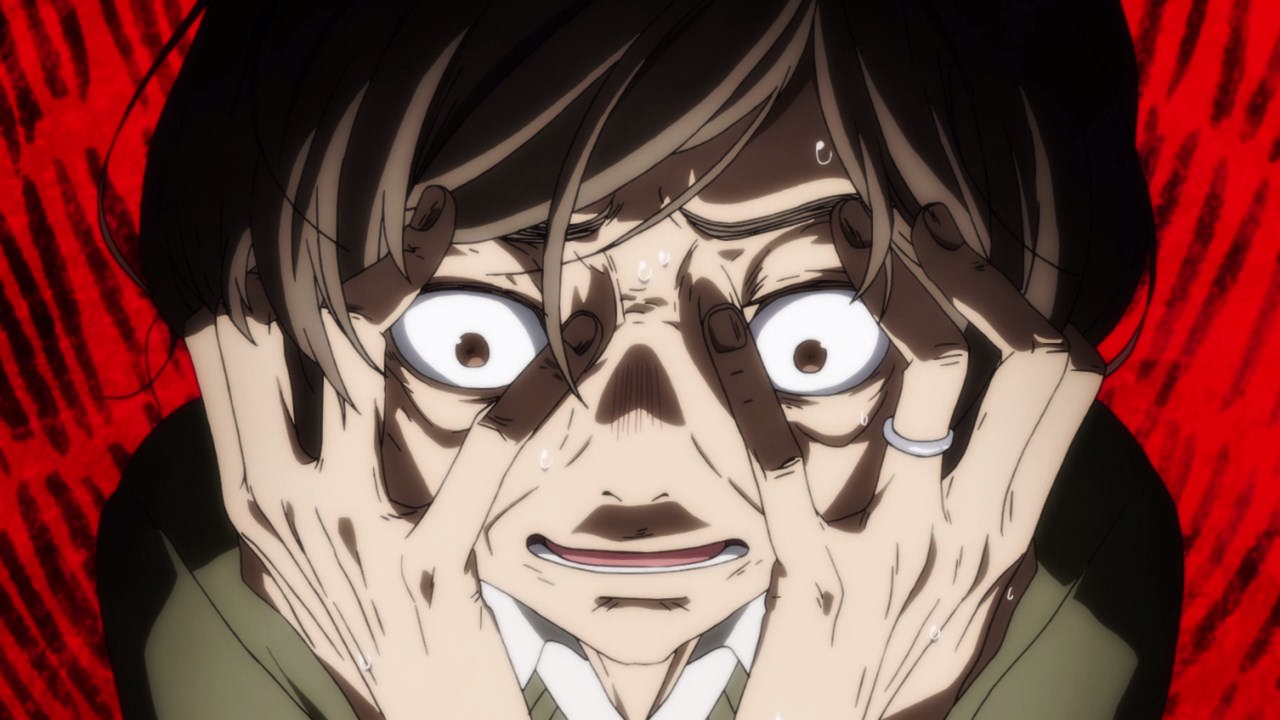 You know what, it would be better if you just solve the problem instead of feigning ignorance in the first place! Your inaction has not only forced someone moving out but you couldn’t do anything to save Hina-chan from being bullied. 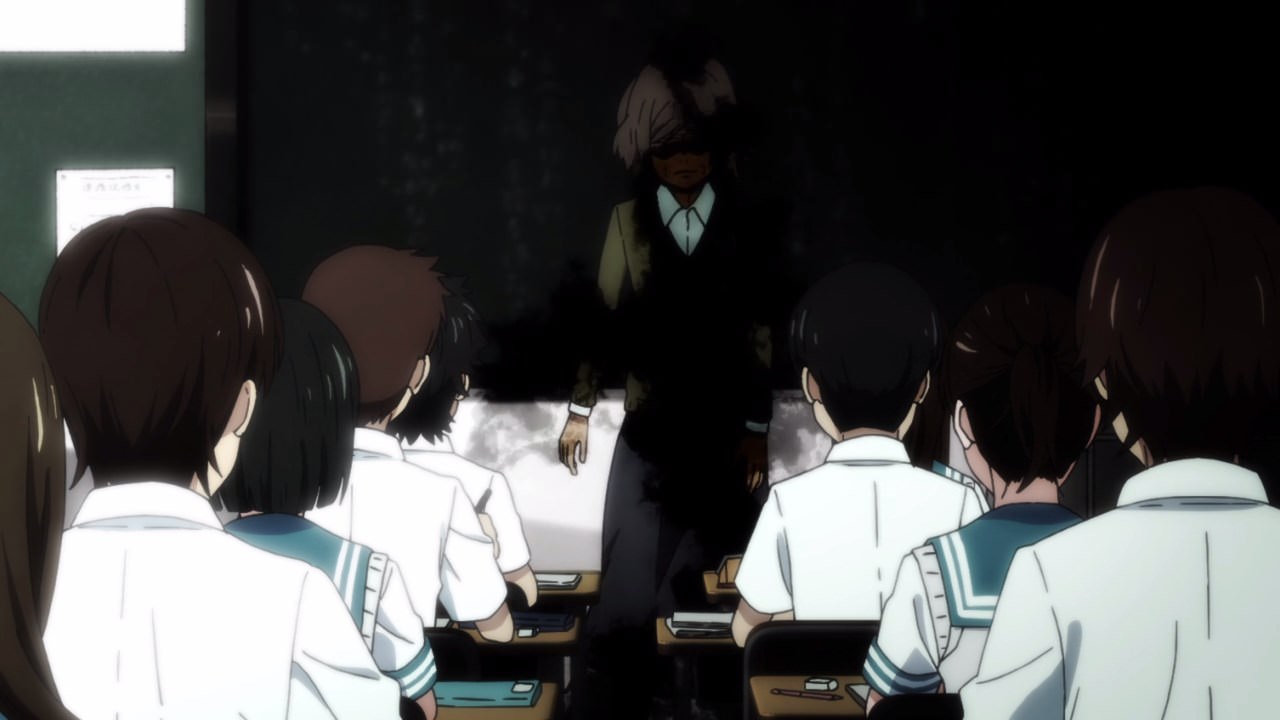 With that said, the homeroom teacher’s presence is slowly fading into black as her body is starting to shrivel until she collapsed.

Afterwards, the homeroom teacher never came back ever since as she becomes a shut-in. Let’s just say that she couldn’t handle the stress anymore. 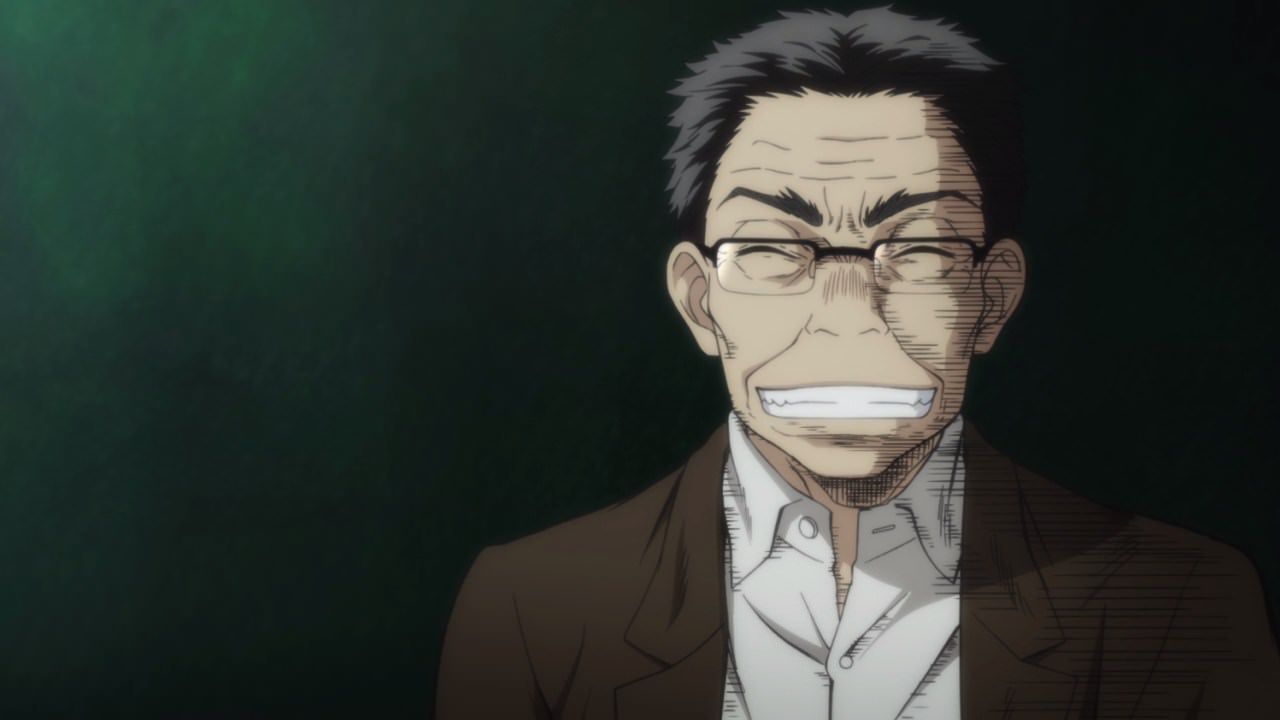 So with the homeroom teacher not coming back, a substitute took her place as Kokubu-sensei is here to get things straight in Hina’s class, especially bullying in which he’s aware of it.

I have to say that Kokubu-sensei knows what’s going on. Of course, now comes the hardest part as he asked both Hinata Kawamoto and Megumi Takagi to bring their relatives for a parent-teacher conference. Seriously, it’s gonna be messy as Hayashida-sensei pointed out back in Ep. 27. 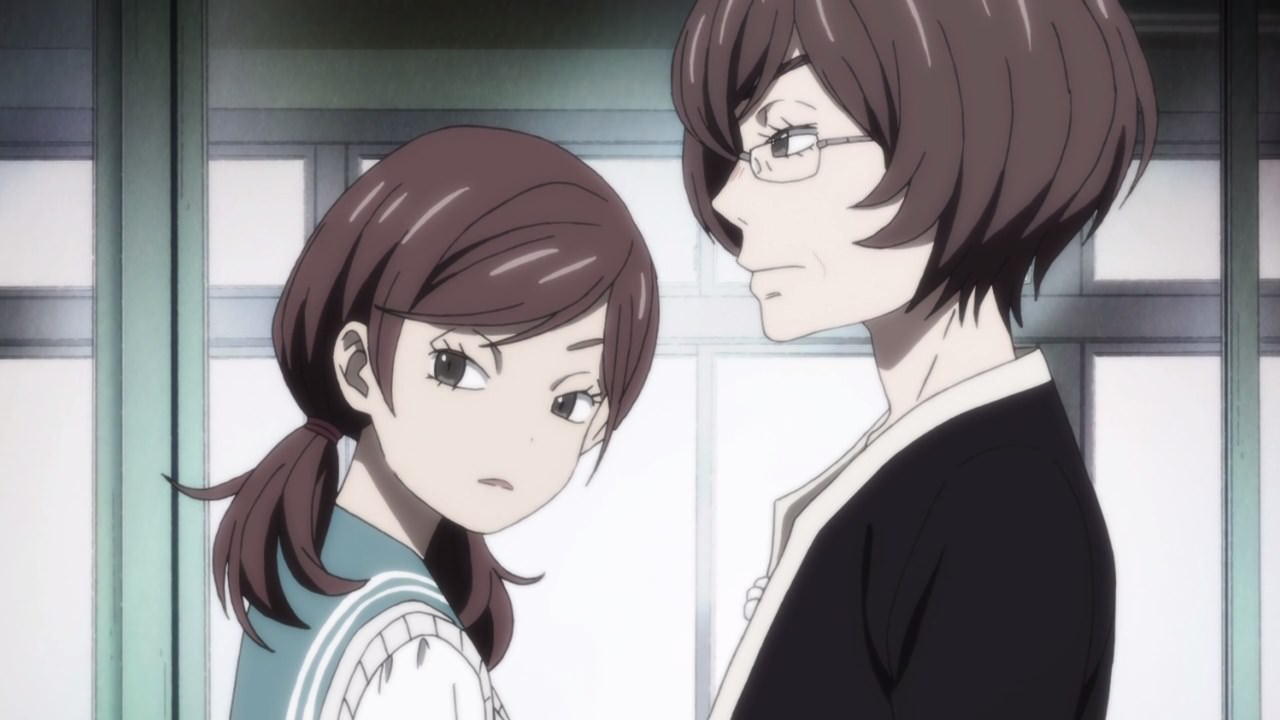 Anyways, Megumi Takagi brought her mother in hopes that she can get away with it.

But you know what, the only thing that Megumi needs is some counseling and some honest talk to her parent, not telling lies to her mother in which she was the victim. 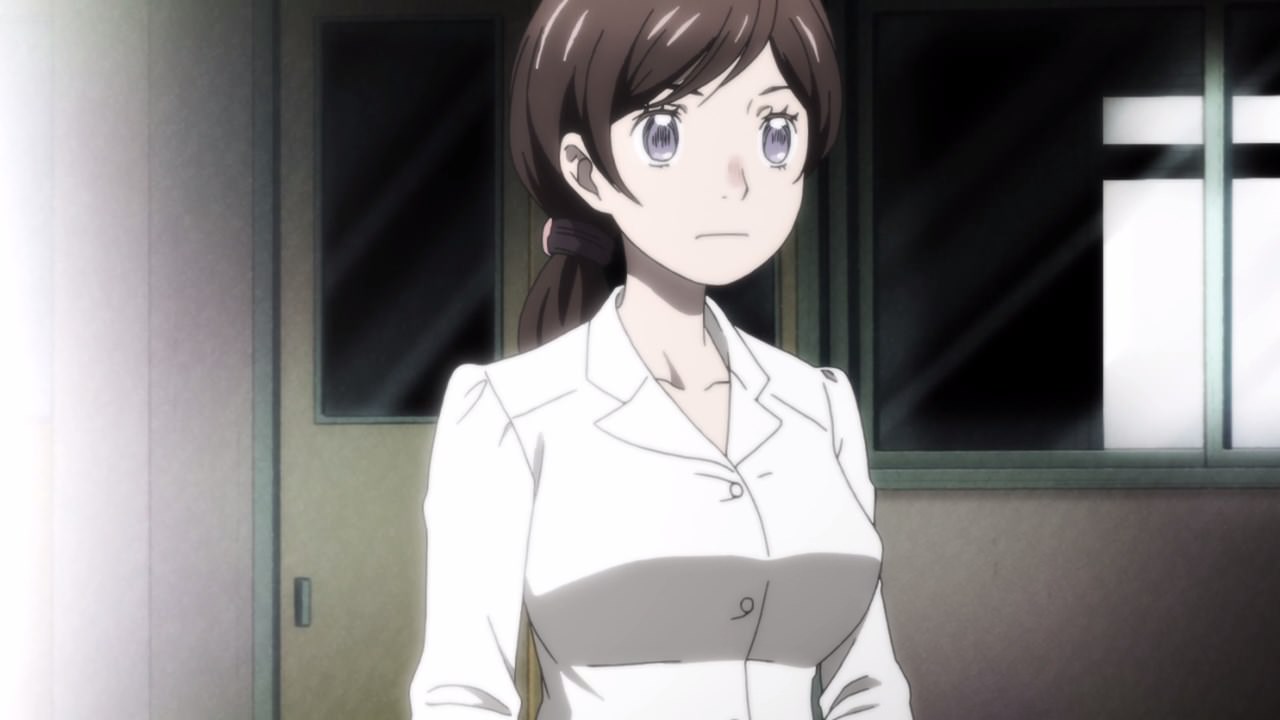 In any case, Akari Kawamoto told Megumi’s mother that she needs to have a honest talk to her daughter. I mean, Megumi is the one who bullied Hinata and her friend Chiho in the first place. 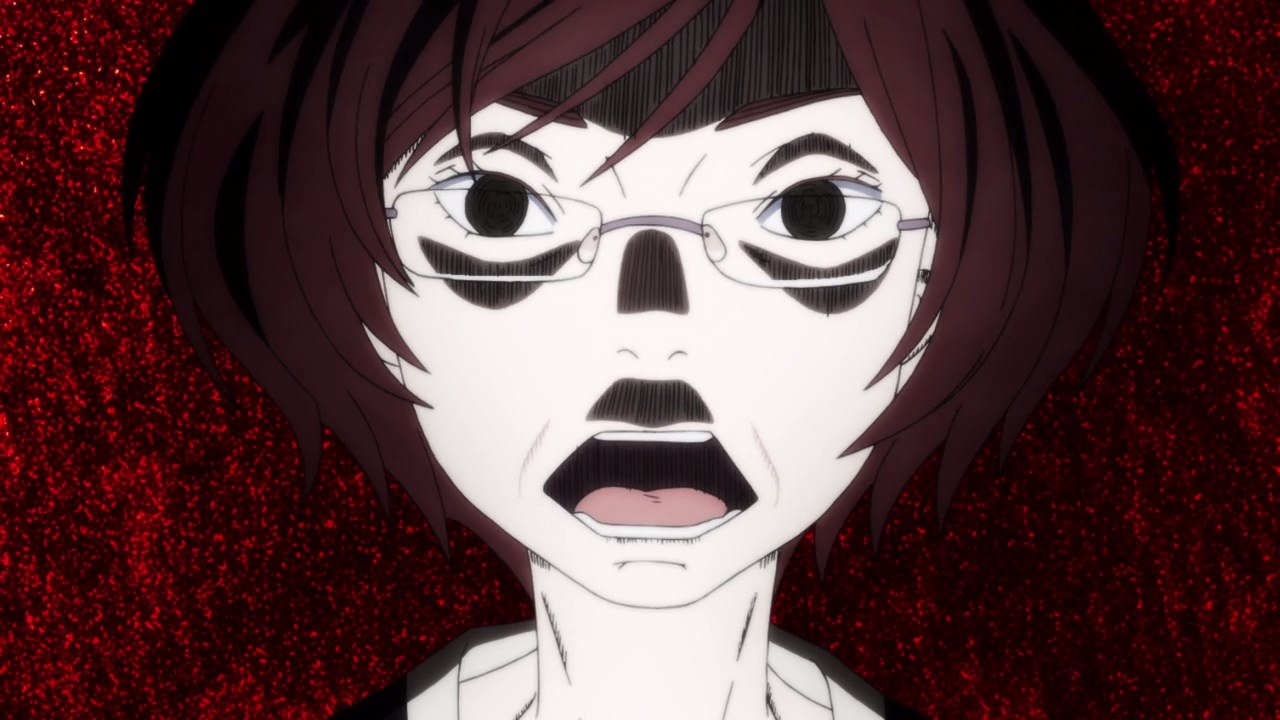 Unfortunately, Megumi’s mother will make a rebuttal as she asked Akari-san about the proof that her daughter did those horrible things to Hina-chan.

Of course, Akari can’t answer that because she doesn’t have any proof that Megumi Takagi did it. Only the victim knows who’s the culprit. With that said, seems that which Megumi’s mother called Akari a liar because there’s no proof that her daughter did something wrong. 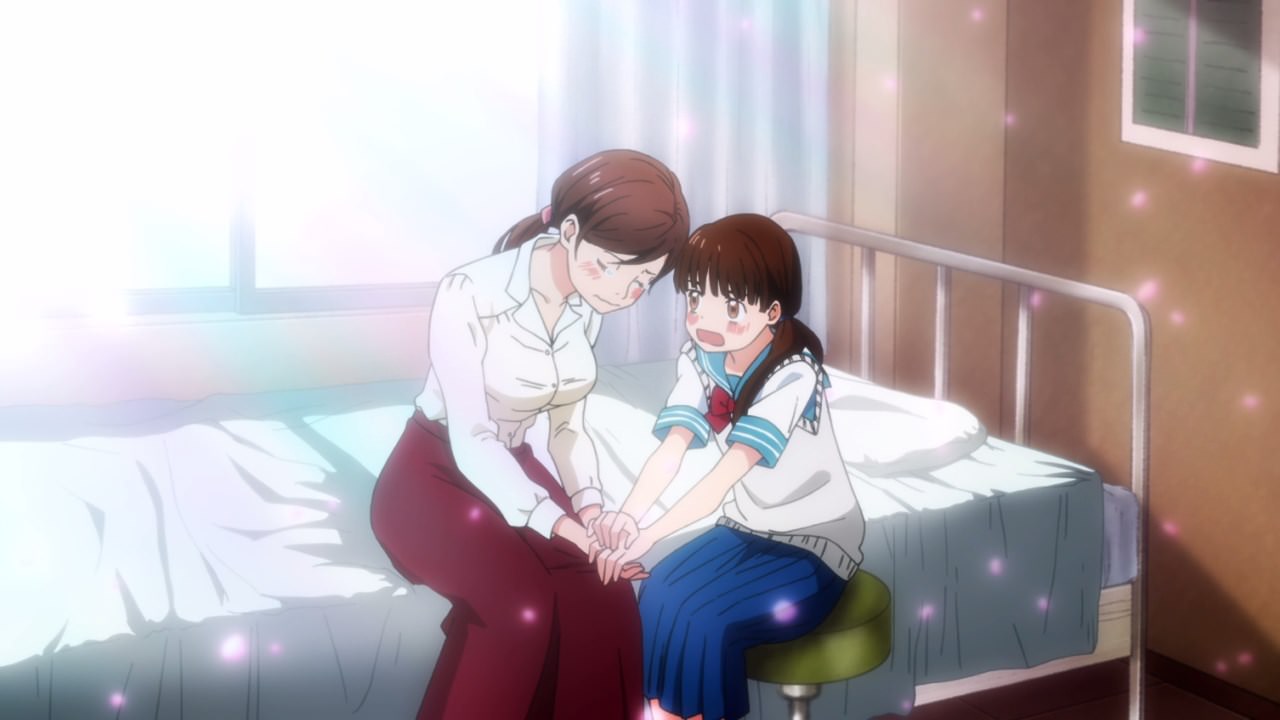 Fortunately, Kokubu-sensei managed to defuse the situation because Akari Kawamoto almost broke down there.

But you know what, I feel that the Kawamoto sisters can endure and make it through all of these obstacles. C’mon, they’ll protect each other no matter what! 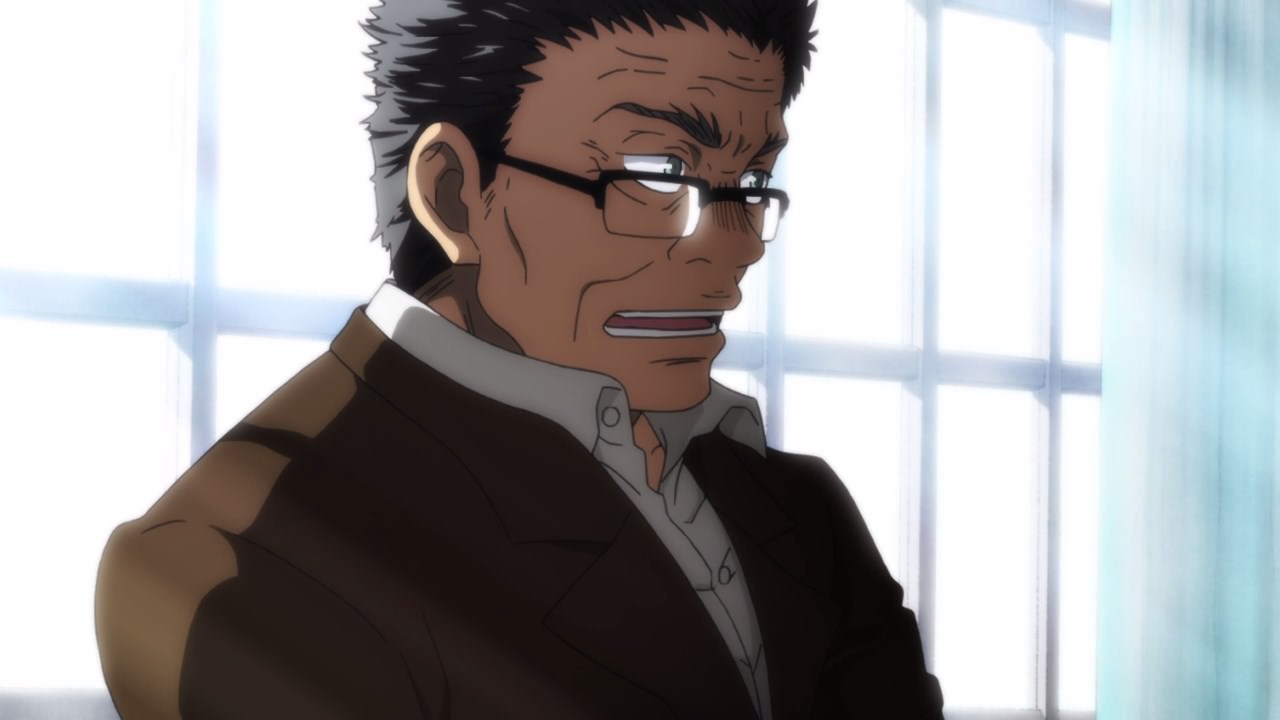 And speaking of Kokubu-sensei, he asked Takagi-san about the proof that the Kawamoto sisters are lying. 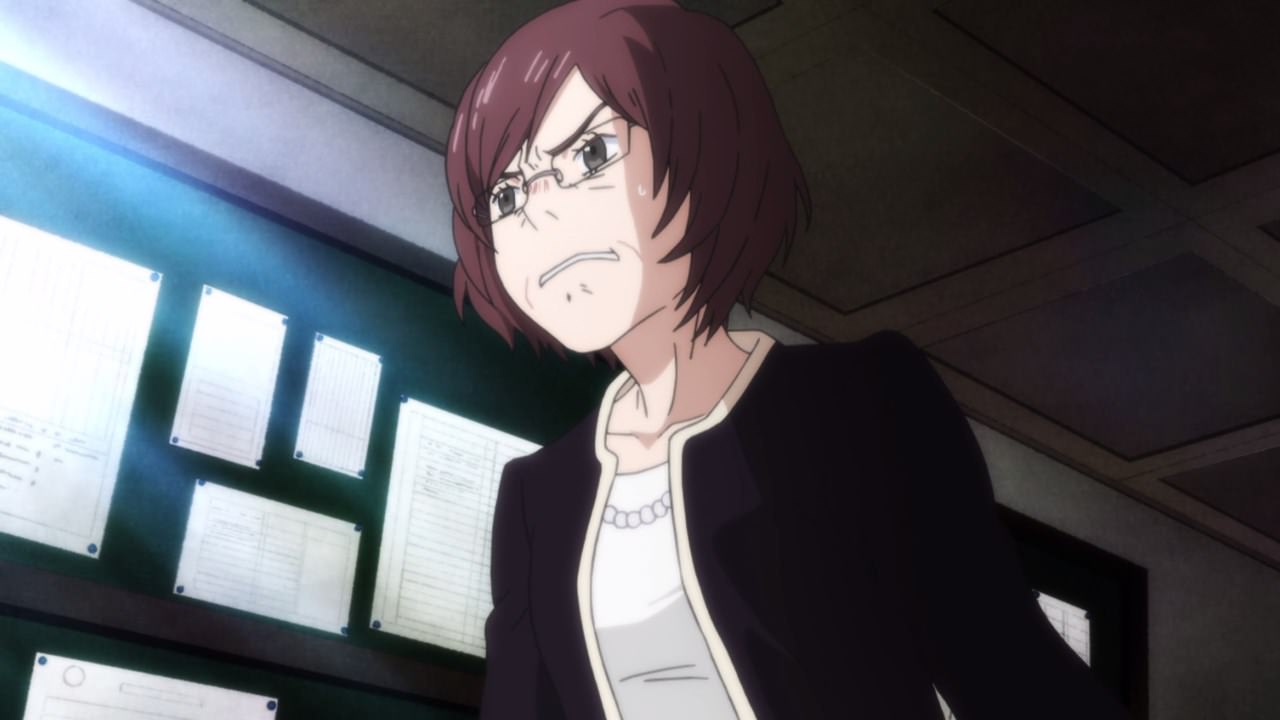 And unfortunately for Megumi’s mother, she can’t answer it because she doesn’t have any proof. Yeah, jokes on her!

Still, I feel that it’s not yet over as there’s more to come on the next episode. Let’s hope there’s a satisfying conclusion to this bullying case.