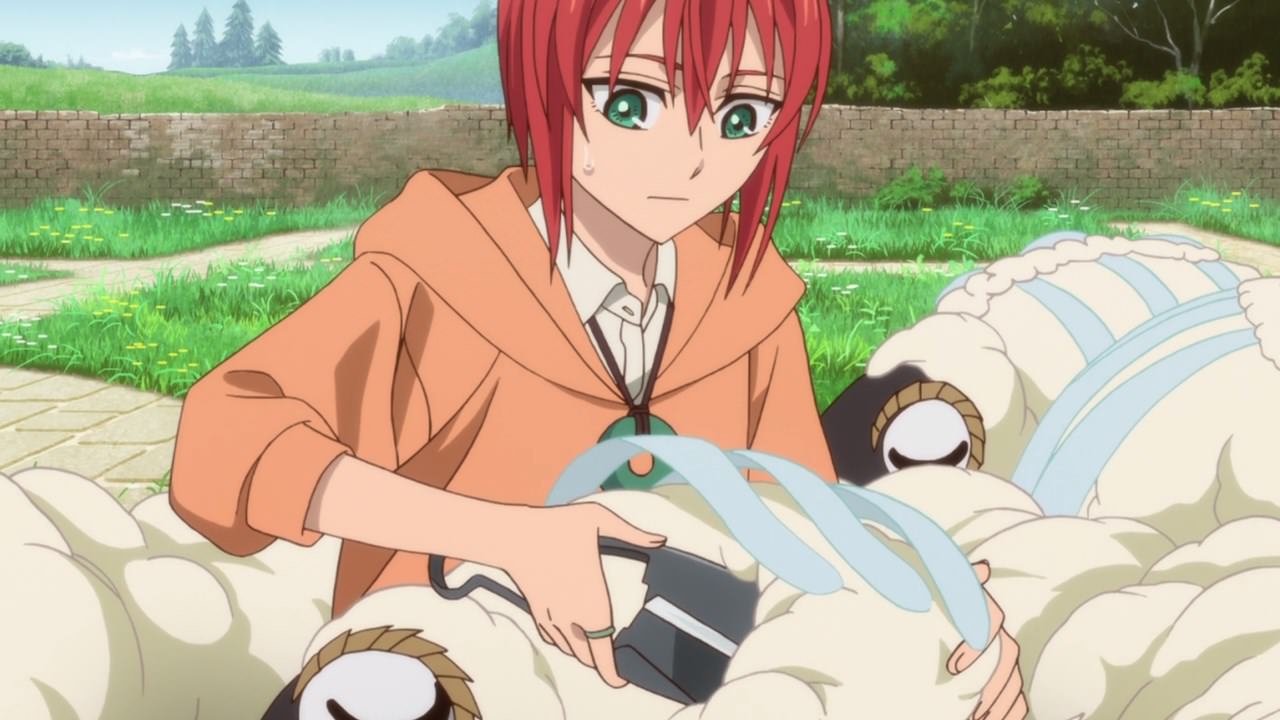 Hey everyone, it’s time for the second half of The Ancient Magus’ Bride where Chise Hatori is shearing wool from wooly bugs. Think of it as a hybrid between an insect and a sheep.

In any case, seems that it’s pretty normal for this episode! 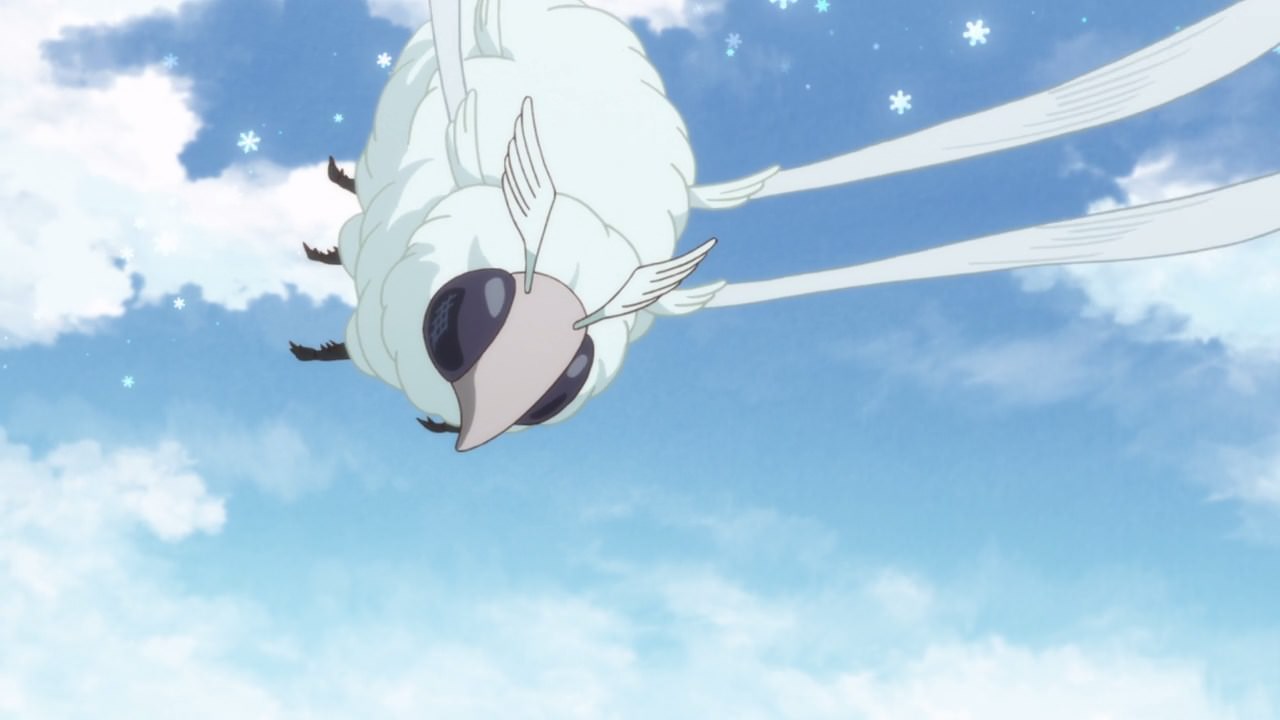 However, it seems that Chise encountered a special wooly bug. This time, its fleece is blueish-white in color. 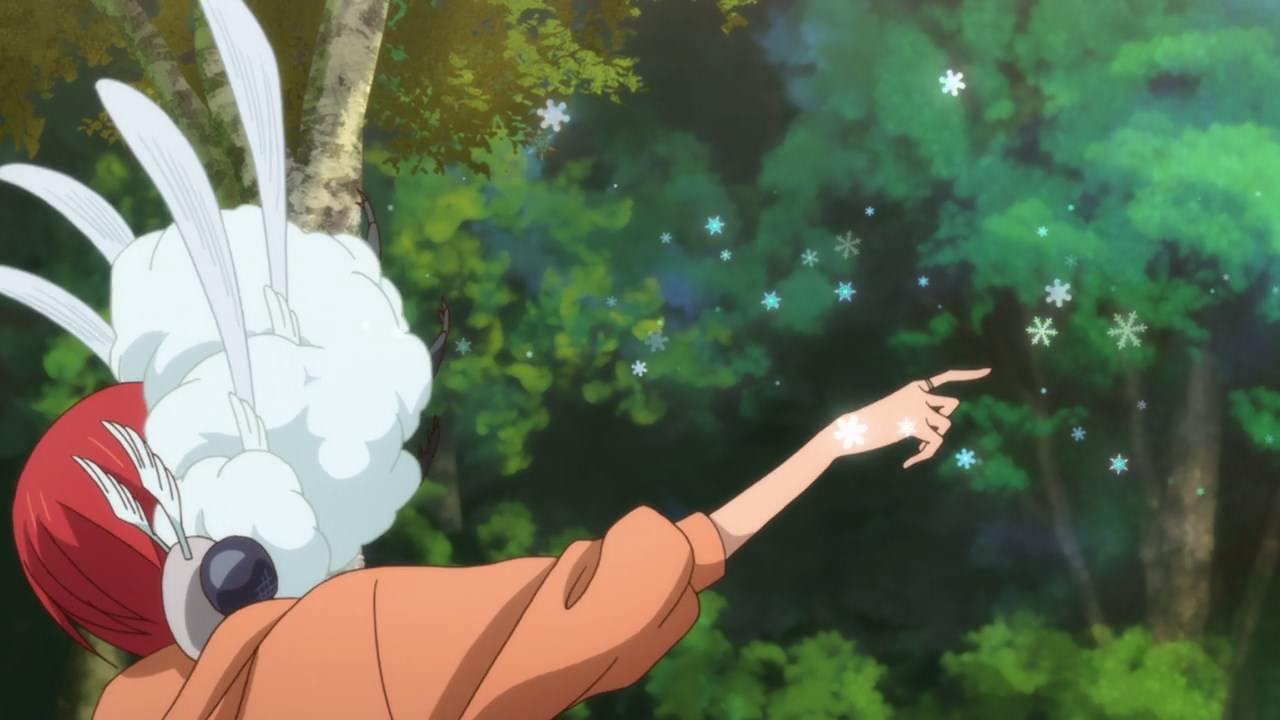 And also, this bug got attracted to Chise Hatori for some odd reason. Well, I have nothing to say since Chise expects danger most of the time. 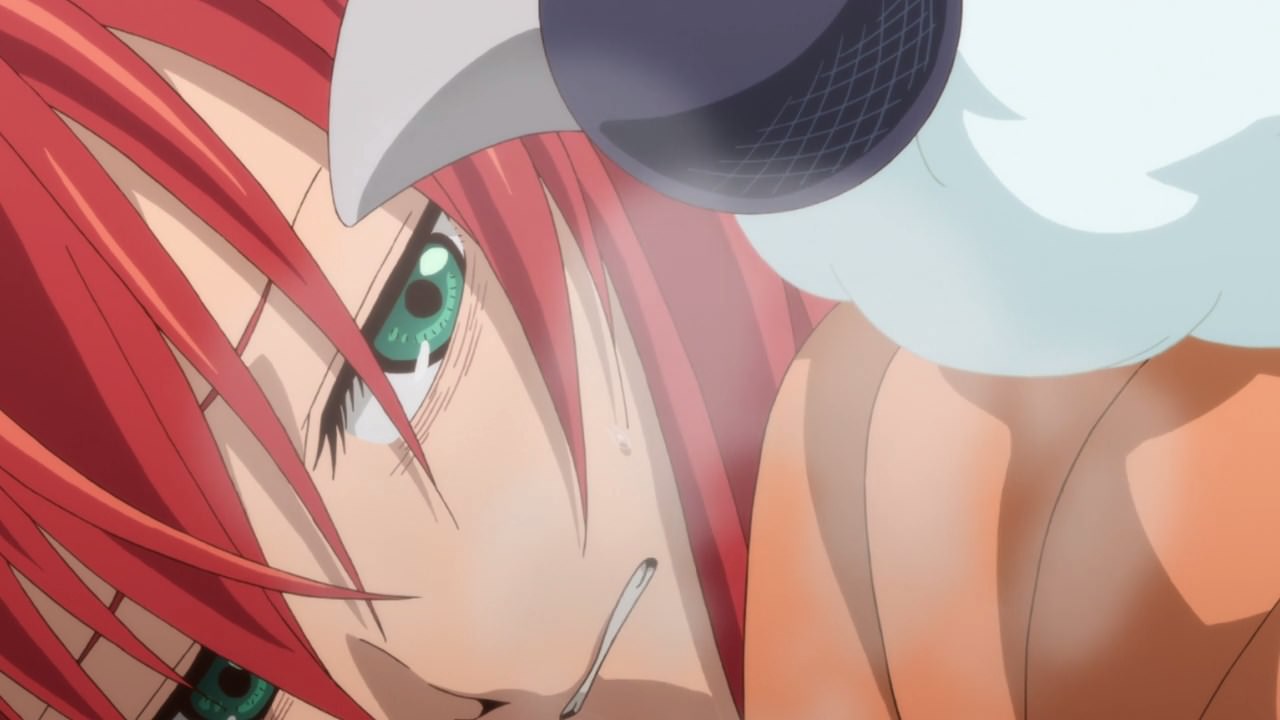 With that said, looks like Chise is in danger as it turns out that this special wooly bug is actually a snow bug, whose sole purpose is to capture heat from any living creature, mostly human beings.

In any case, Chise Hatori needs some help real fast as she might die from hypothermia. 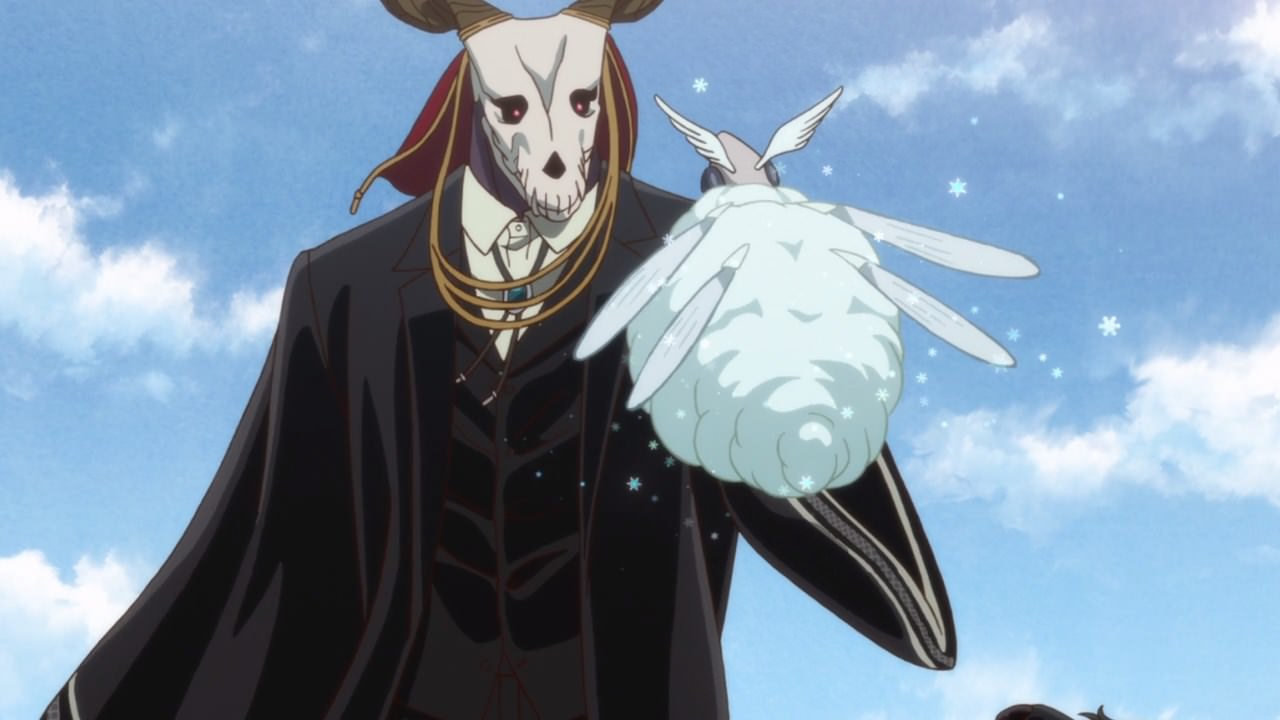 Fortunately, Elias Ainsworth has arrived to save Chise Hatori as he grabbed the snow bug and throw it somewhere.

Anyways, looks like the Thorn Mage has rescued his bride yet again, but Chise needs some heat right now. 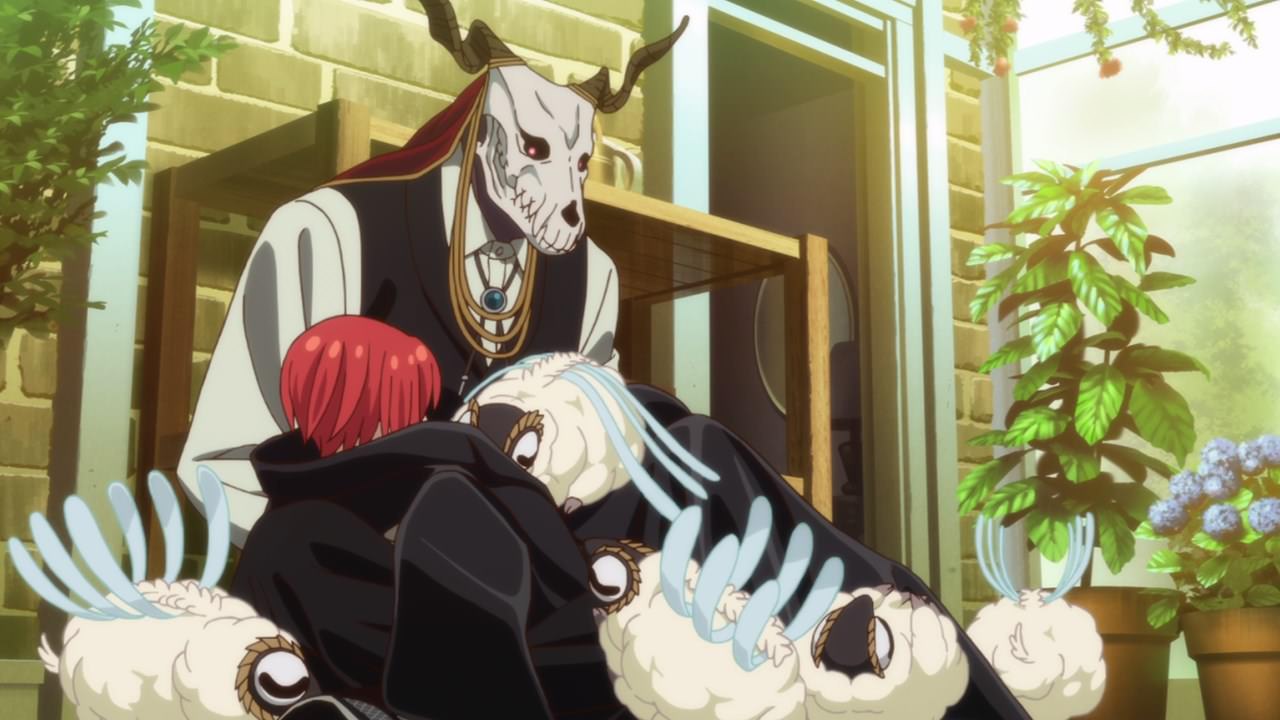 Luckily, the fleece from the wooly bugs are very useful as they gave Chise some needed warmth. Glad that she’s okay!

You know, I feel grateful that Elias took Chise under his wing as he’s treating her as a family member. Of course, he has a lot of things to learn like expressing himself as despite being a tall ancient mage, Elias Ainsworth is just a child in an adult’s body.

But when it comes to expressing himself, I think Chise Hatori can teach him a thing or two, much like he teaches her lots of magic spells. 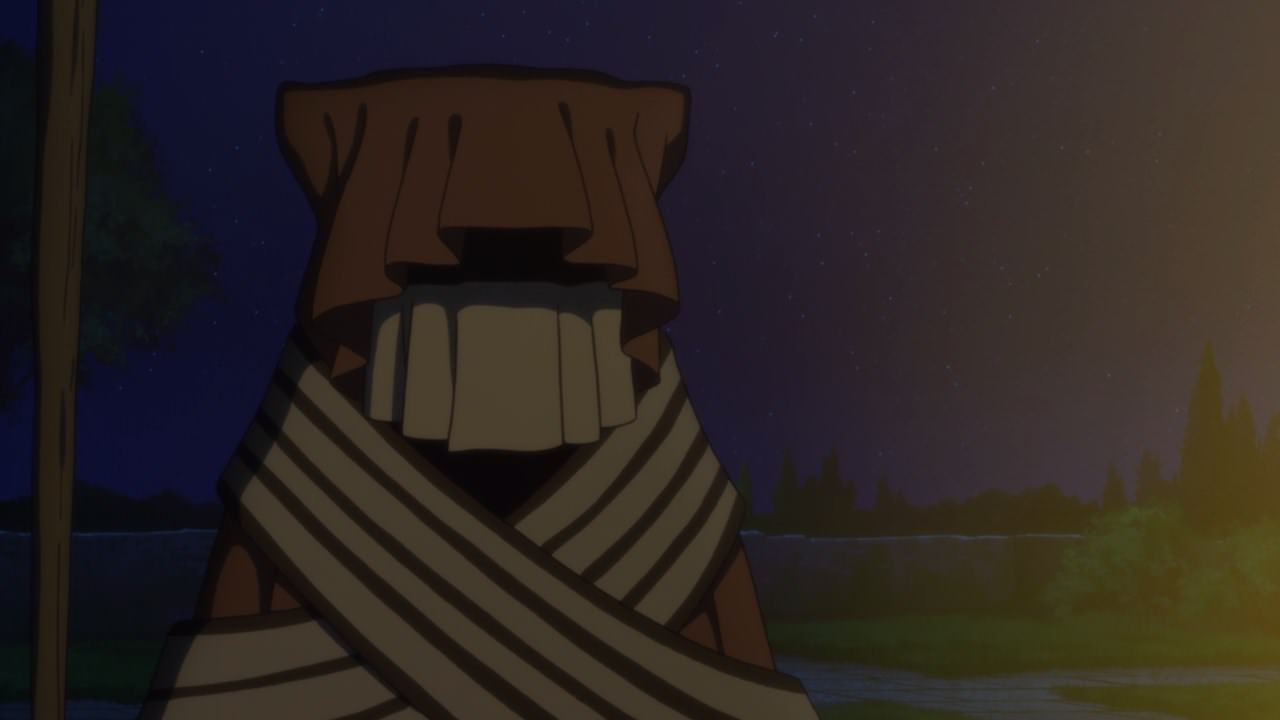 Meanwhile, both Chise Hatori and Elias Ainsworth were visited by a mage who calls himself as the Ashen Eye.

Although Elias knows the Ashen Eye very well, this mage is very curious towards Chise Hatori. 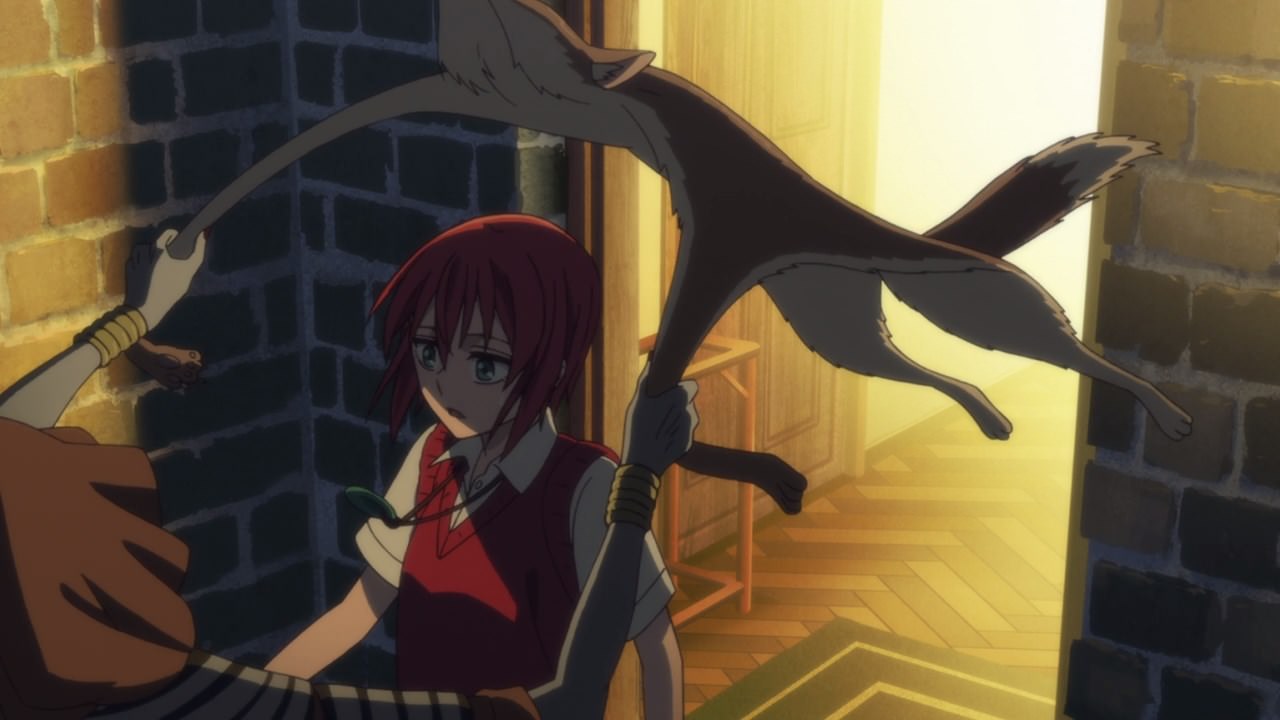 So much that he pulled a whole fox coat from out of nowhere and drape it onto Chise. I have a feeling that something bad will happen… 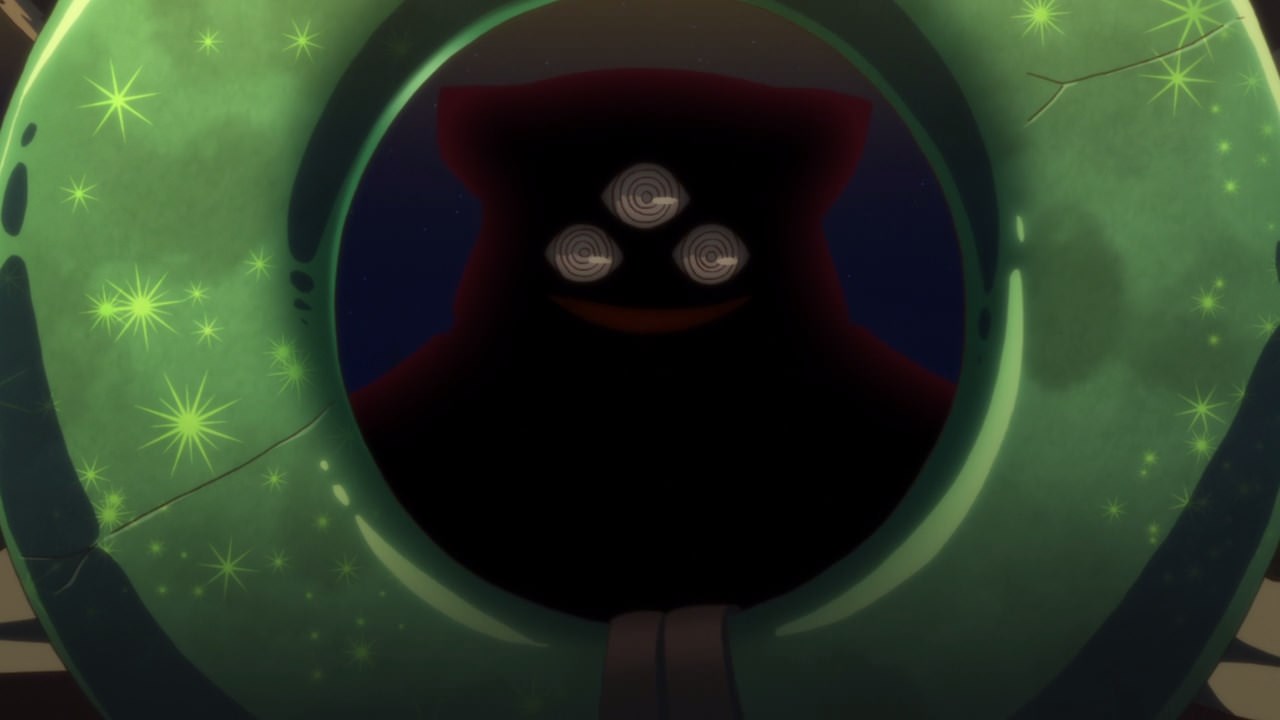 Turns out, I was right as Chise saw something horrible from her ring pendant. See those three eyes? Looks like Ashen Eye wants to do bad things towards Chise Hatori. 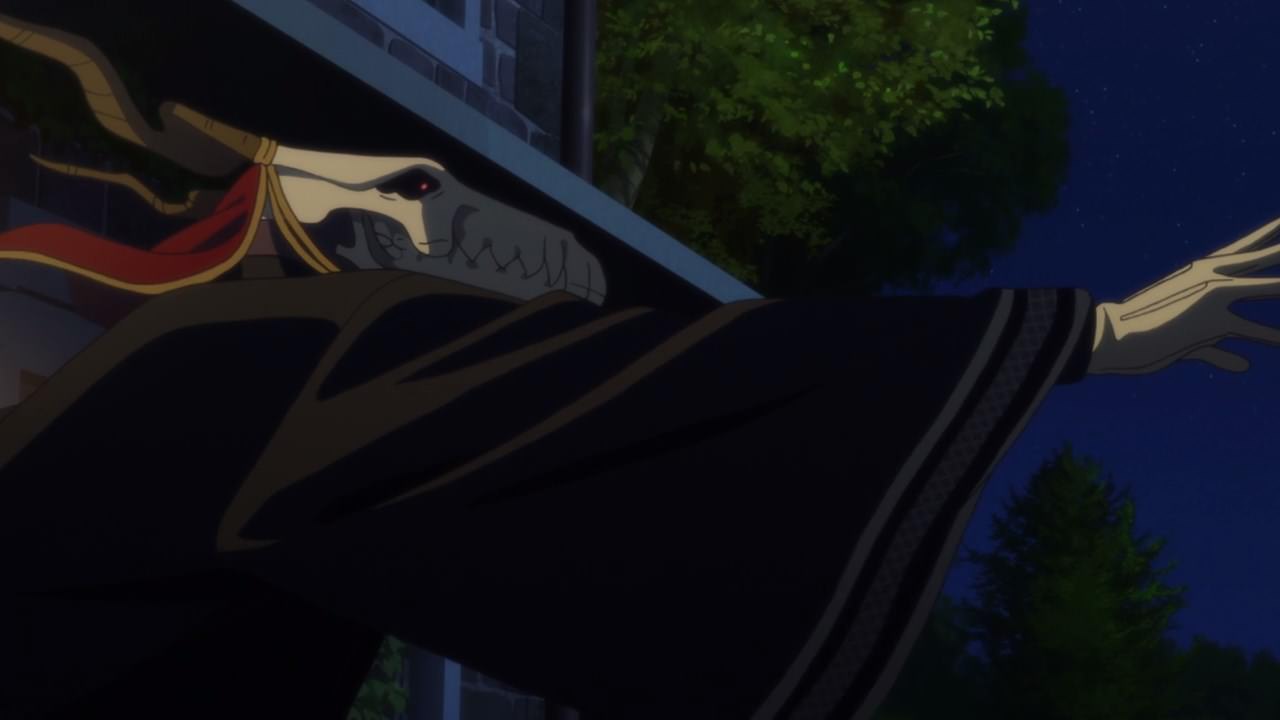 Heck, even Elias Ainsworth is not prepared for this unexpected turn of events. Man, I think Elias will need to work on his reaction skills in addition to his emotions.

Anyways, what will happen to Chise Hatori? We’ll find that out next time…