A Place Further Than the Universe Episode #02 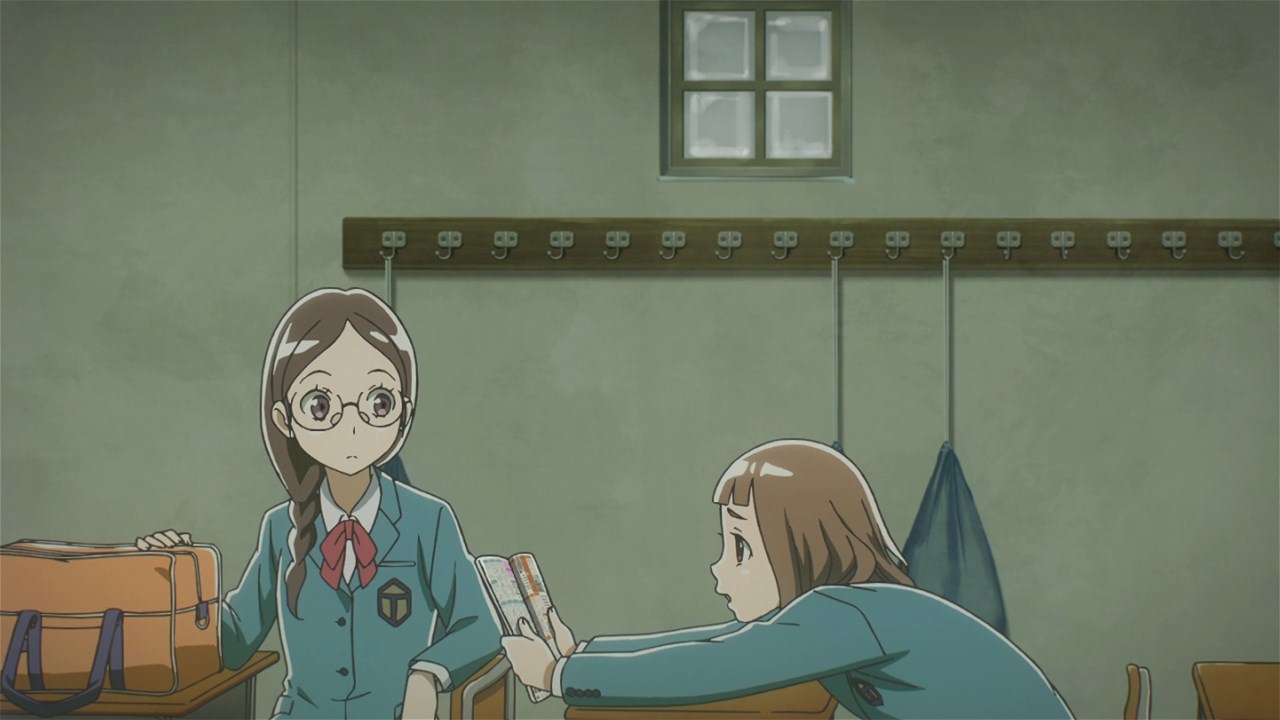 Hey everyone, here’s Mari Tamaki as she’s stumped that in order to go to Antarctica, she needed lots of cash to get permission to the Self-Defense Forces and get aboard on one of the icebreaker ships.

Unfortunately, one of the icebreaker ships named Shirase might be departing soon and making their first stop in Fremantle, Australia, the only way to catch the ship is by taking the plane. But even that, it’s still expensive to go to Antarctica. 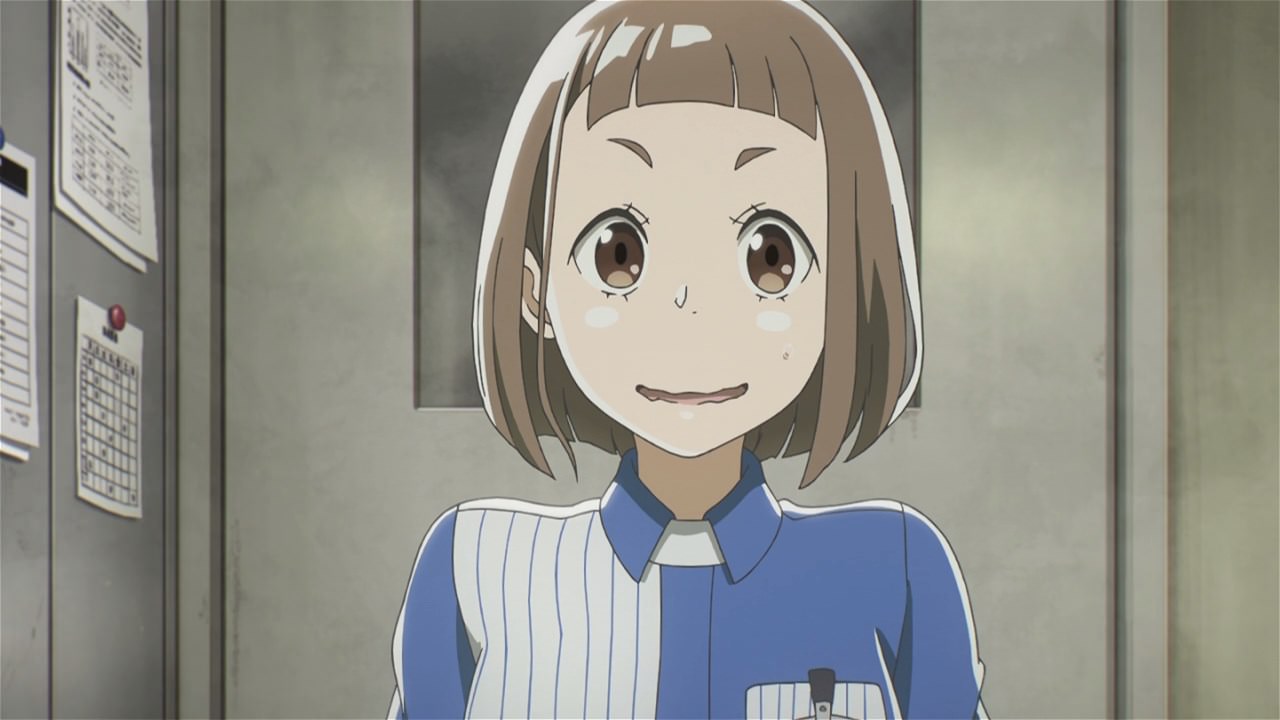 So, the only way to get lots of cash before December is to get a part-time job. That’s how Kimari did as she worked at the convenience store.

Well, at least she’s doing something rather than nothing. 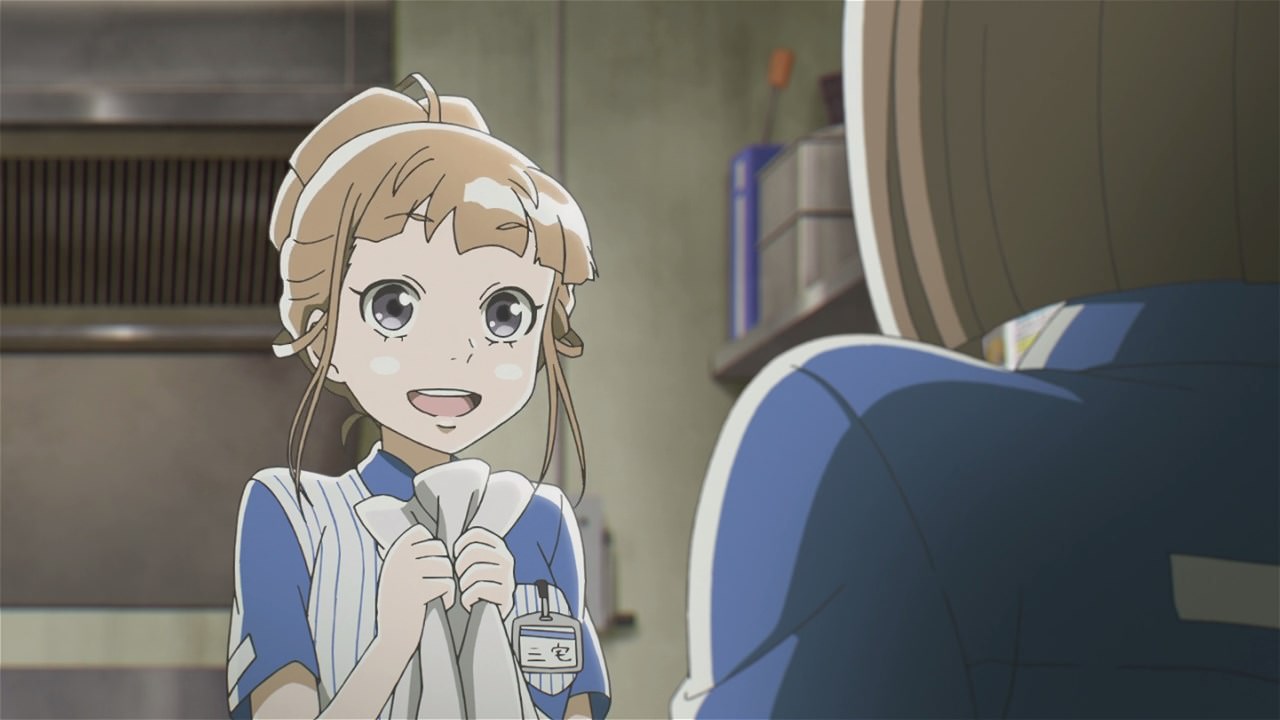 On the other hand, Mari Tamaki met a co-worker named Hinata Miyake who has the same age as her, but Hinata is actually a high school graduate who’s now spending her free time doing part-time jobs.

Yeah, Hina-chan is a very smart kid and she’s knows that Kimari and her friend Shirase are going to Antarctica. 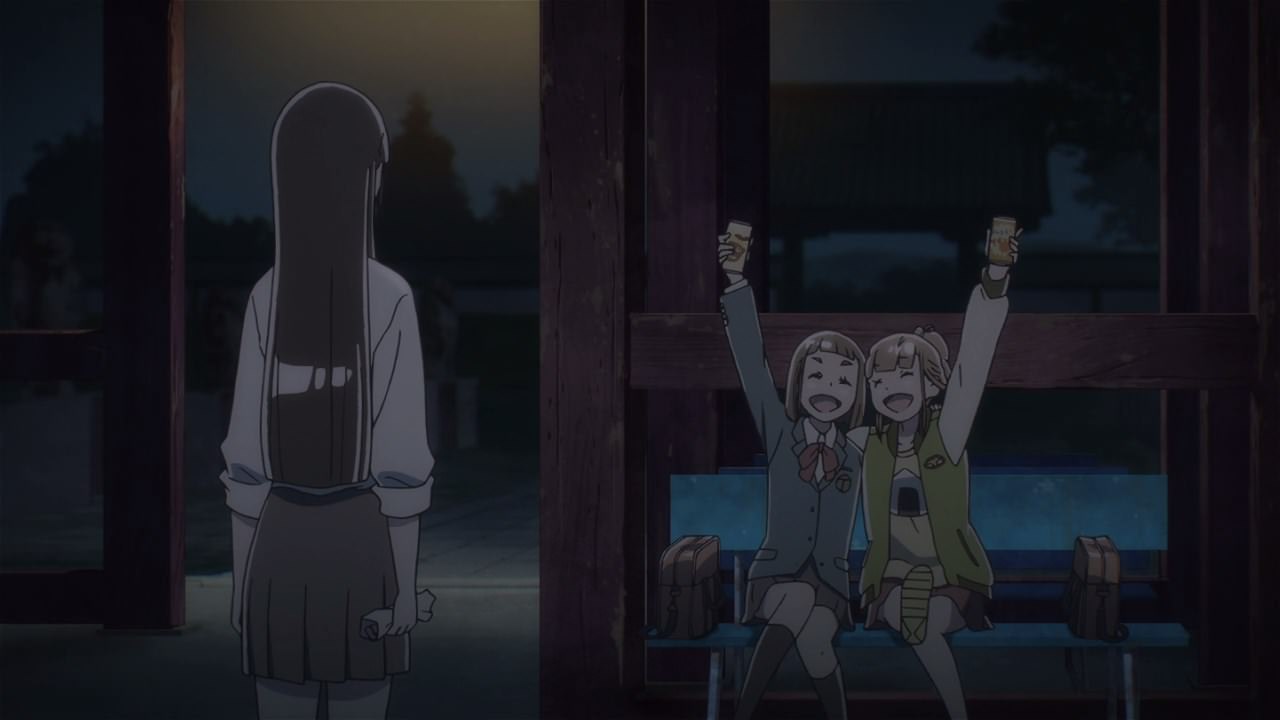 But anyways, both Kimari and Hina-chan became friends already as they want to go to Antarctica. So yeah, Hinata Miyake will join Shirase’s quest on travelling there! 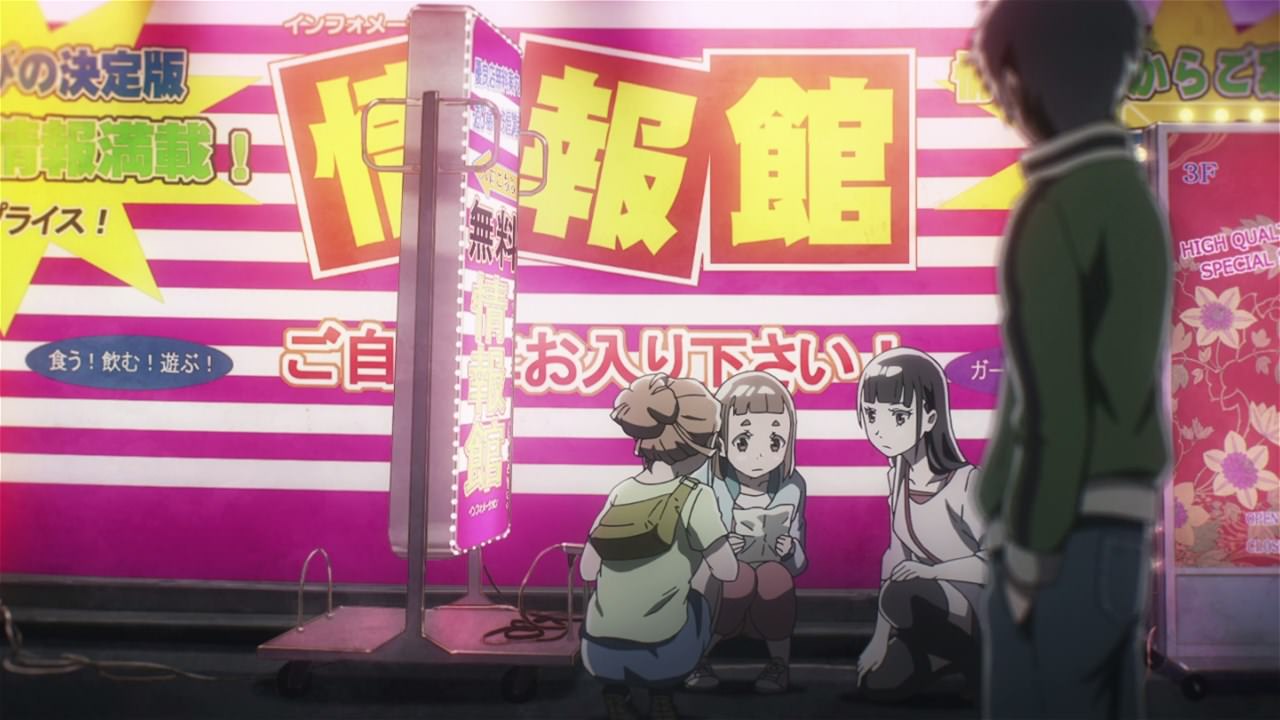 However, they must go to Kabukicho to meet a group of explorers. Then again, high school students going to the sleaziest place in Tokyo is a bad idea, especially when there are people hitting on them. 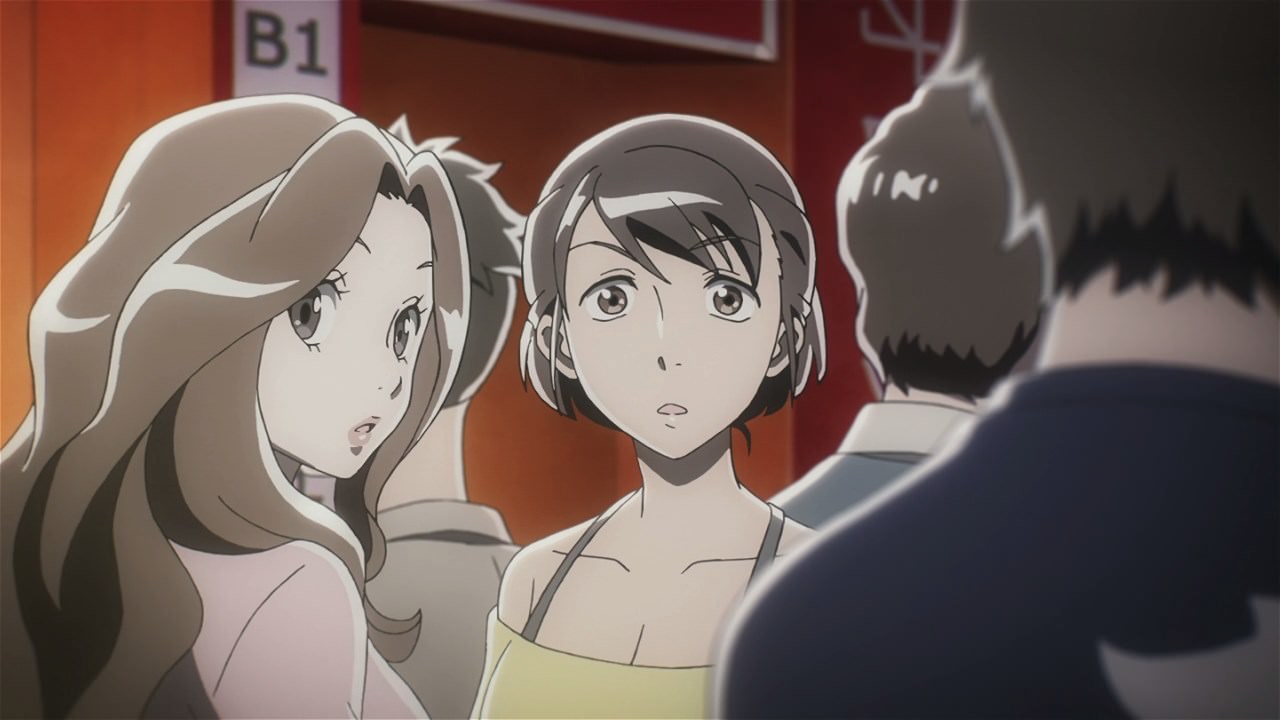 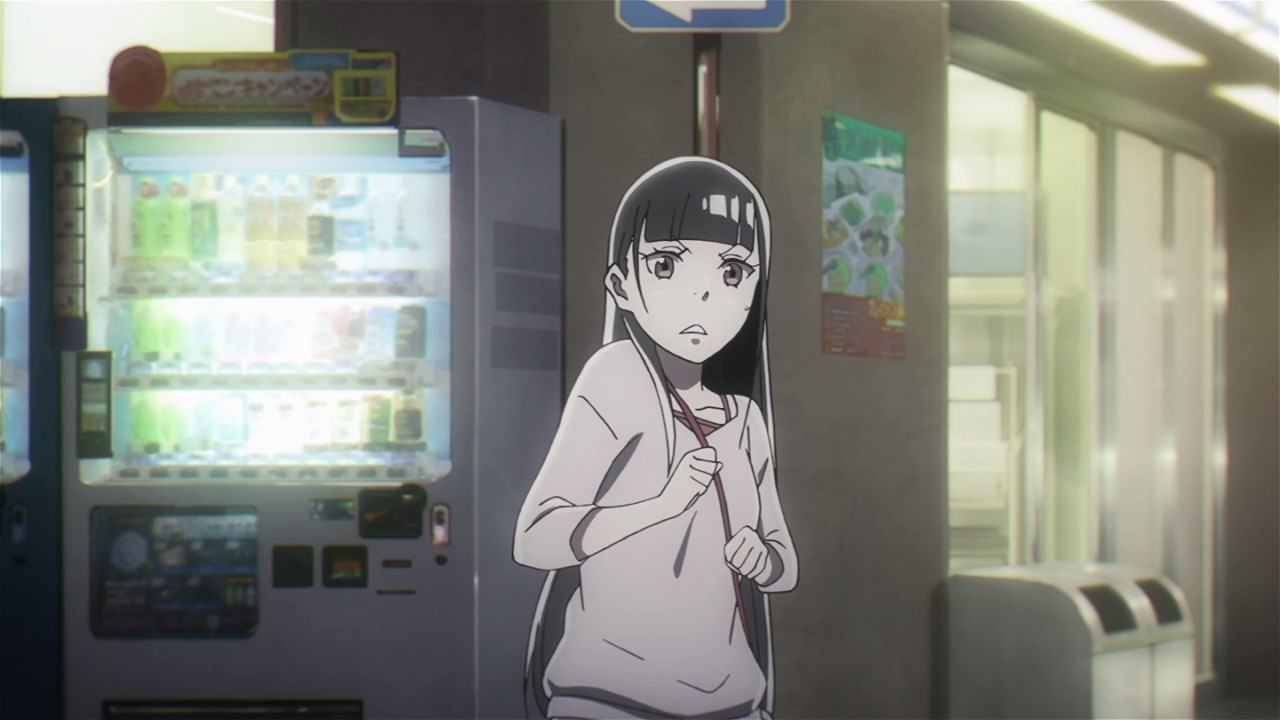 Eventually, they met both Kanae Maekawa and Yumiko Samejima when Kimari and Hina-chan pushed Shirase out to meet them.

However, seems that the ladies are very scary to approach them… according to Shirase that is. 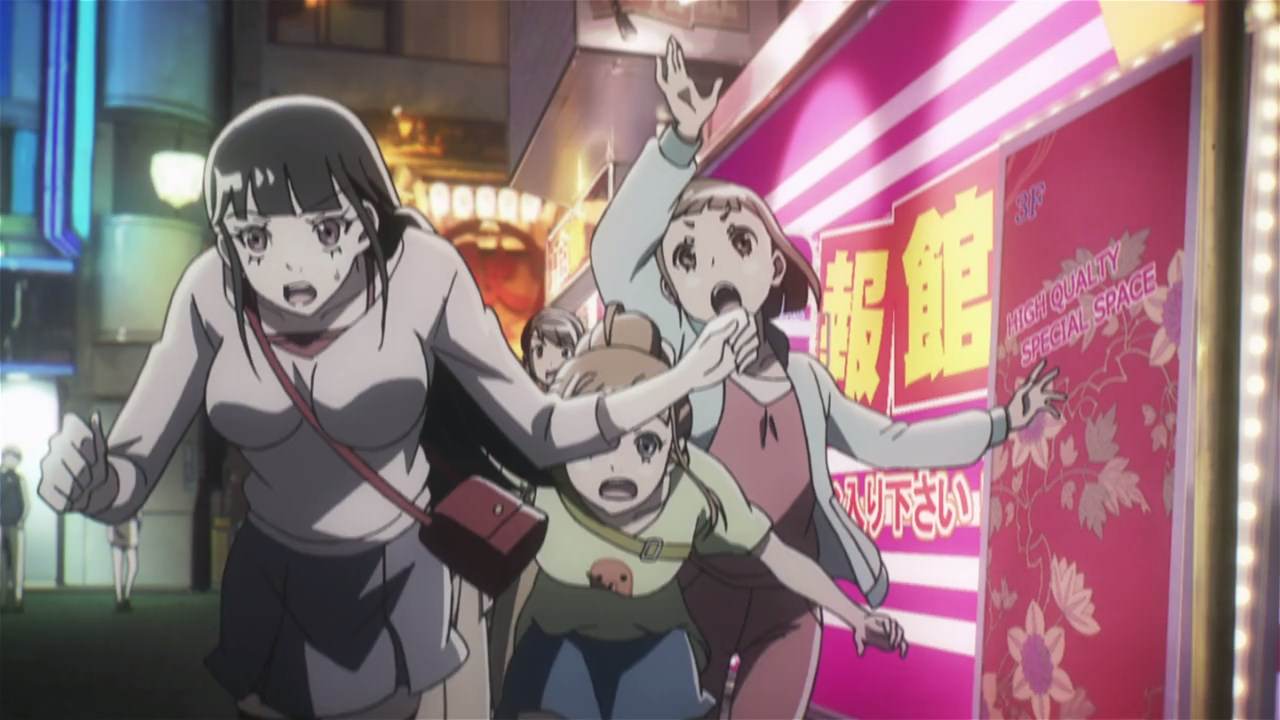 So, Kimari and her friends ran away from both Maekawa and Samejima as they might capture them and take their heads… according to Shirase that is.

C’mon, I don’t think that Kanae-san and Yumiko-san are not that scary, it’s just that they don’t like teenagers going to Kabukicho. But seriously, who has a right mind to do a meet-up at a red-light district? 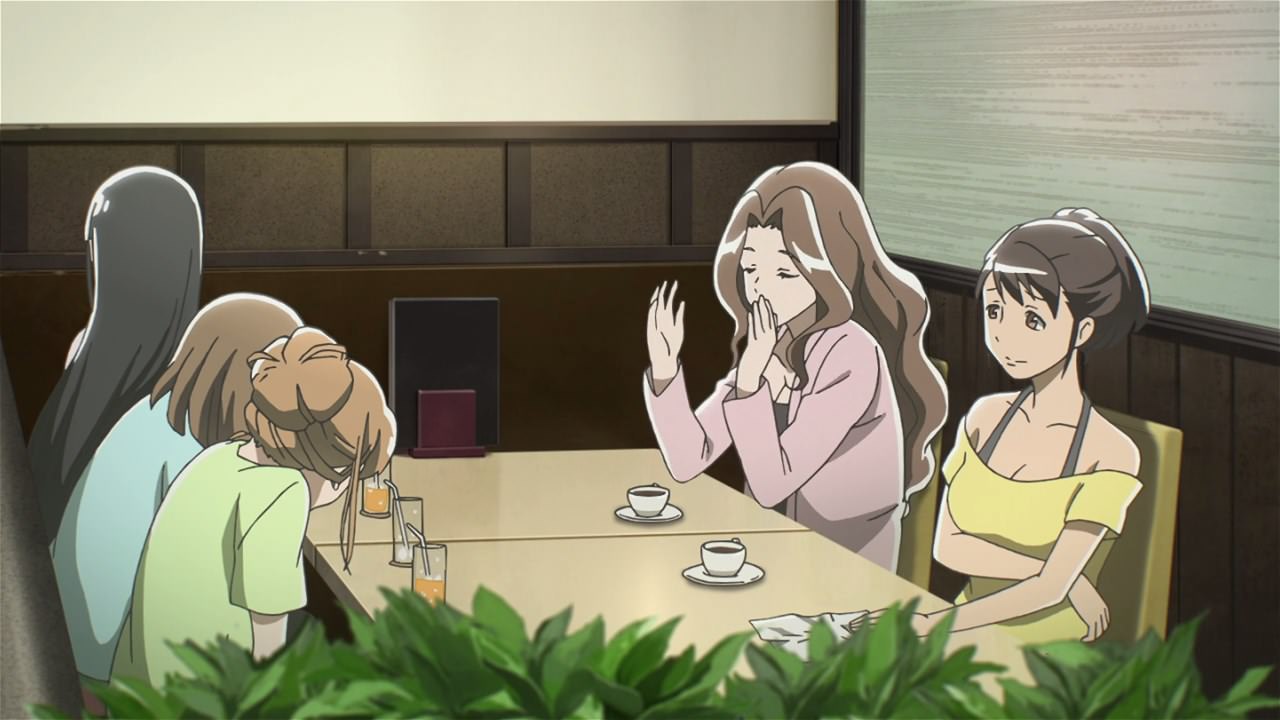 Eventually, both Maekawa and Samejima have caught all three girls as they told them that going to Antarctica is off-limits. I mean, Kimari and her friends are too young to explore the South Pole! However, Shirase Kobuchizawa told them that she and her friends will go there no matter what. She even as far as offering them with her hard-earned cash just to travel to Antarctica.

Unfortunately for them, both Kanae Maekawa and Yumiko Samejima decided not to accept Shirase’s payment despite her wishes, although the exploration team needed some money to fund for their travel to the South Pole. But you what, I think that both Kanae-san and Yumiko-san are worried on Shirase and her friends’ well-being as they don’t want end up getting stranded in a blizzard. In fact, Shirase’s mother Takako Kobuchizawa died at Antarctica 3 years ago, so it’s risky for them bringing kids along the ride.

But regardless of the circumstances, Shirase Kobuchizawa will not give up on her dreams on going to Antarctica in which I’m happy that she’s still pursuing it. In any case, let’s hope that her dreams will come true on the next episode!