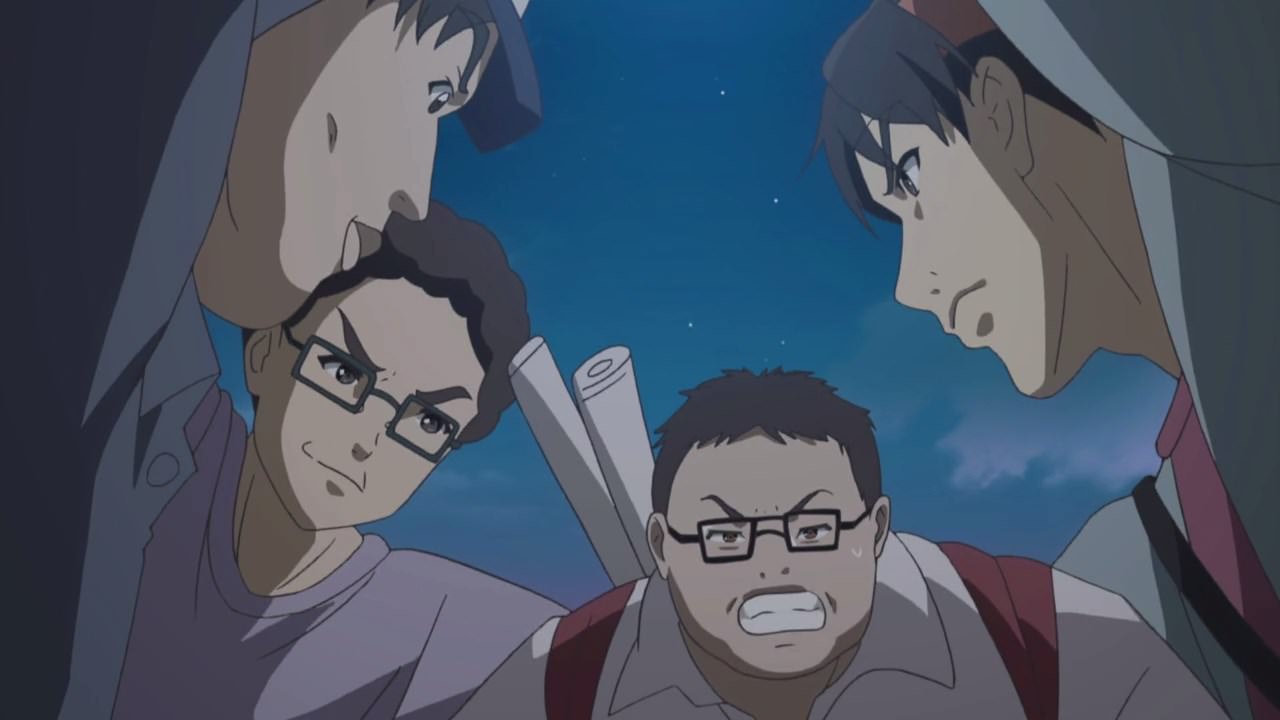 December 24th, it’s the day that idol groups perform across Japan. You have the virtual idol Makina X on one spectrum, while the I-1 Club on the other as they perform at their home turf.

But for smaller groups like Namahagez and Next Storm, they’re doing their best to entertain the crowd. This includes Wake Up, Girls! as they also garnered a large audience, despite most of the folks in Sendai are flocked at the stadium to see Makina X in action. 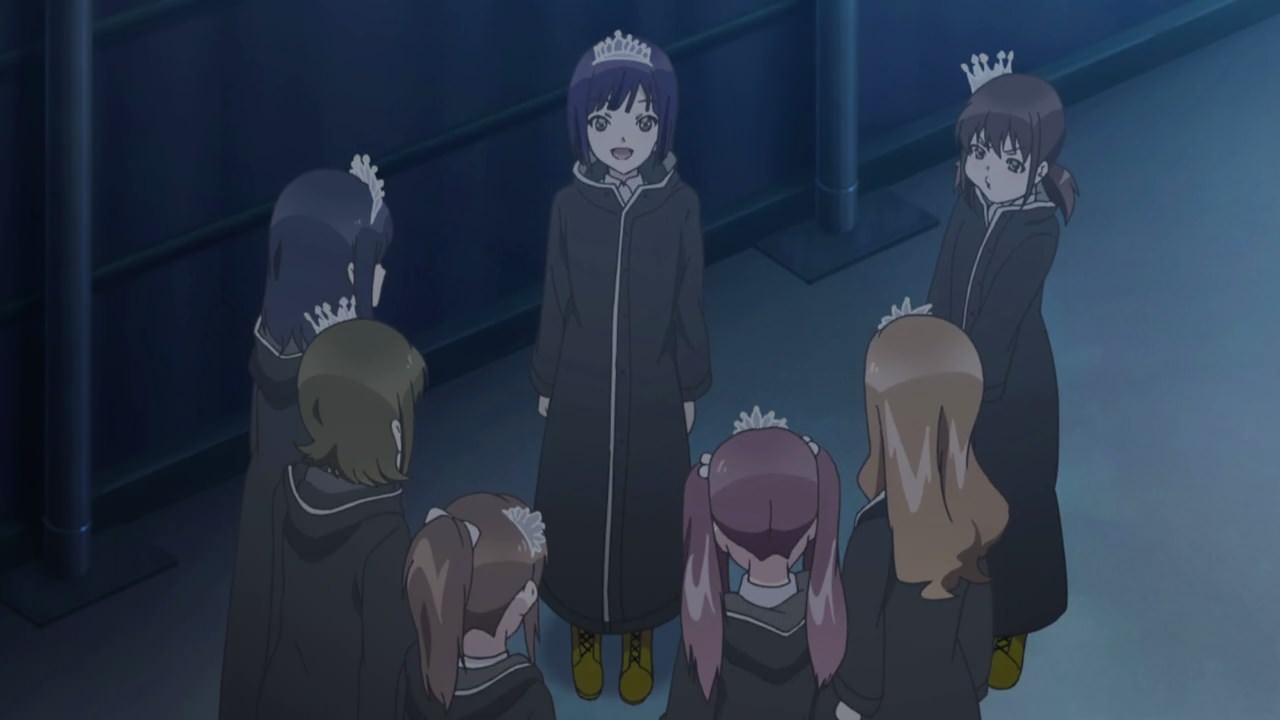 Speaking of WUG!, they’re ready to perform at a moment’s notice. Of course, Mayu Shimada and the rest wanted their juniors to take the stage first. 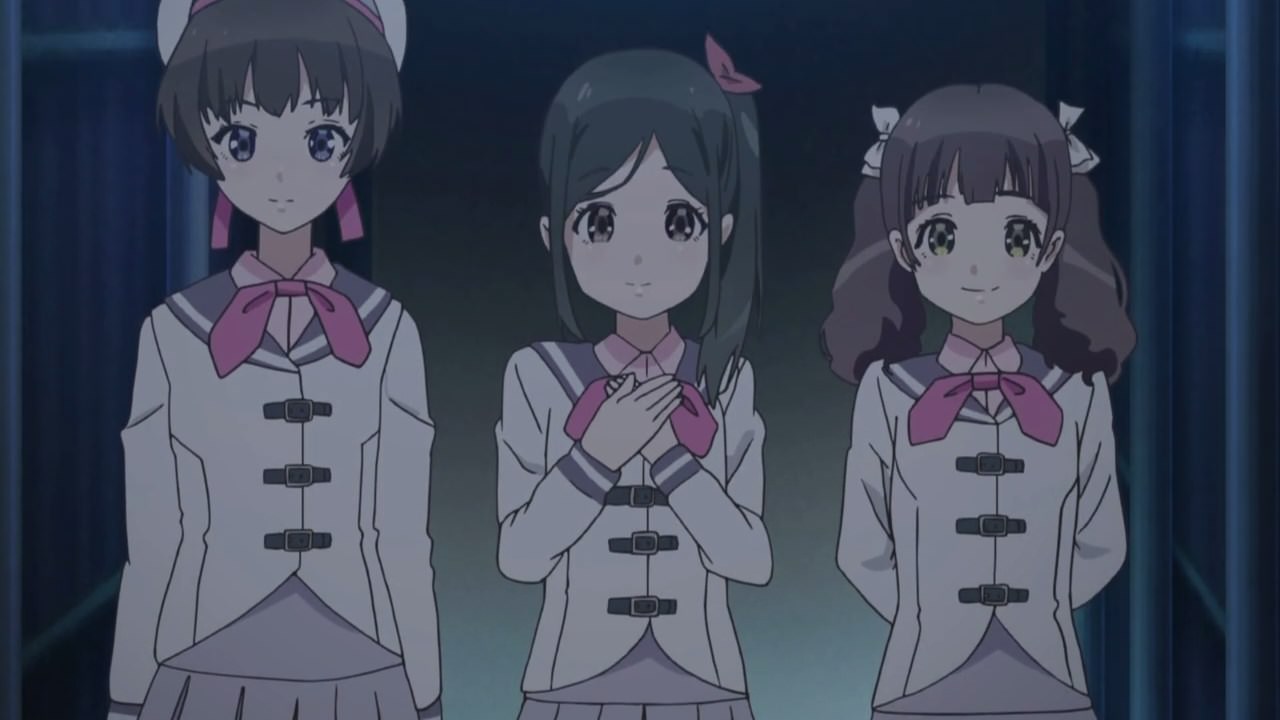 Thus, the middle school trio that made up Run Girls, Run are here for their debut. However, Ayumi Hayashi and her mates are very nervous on performing on stage. 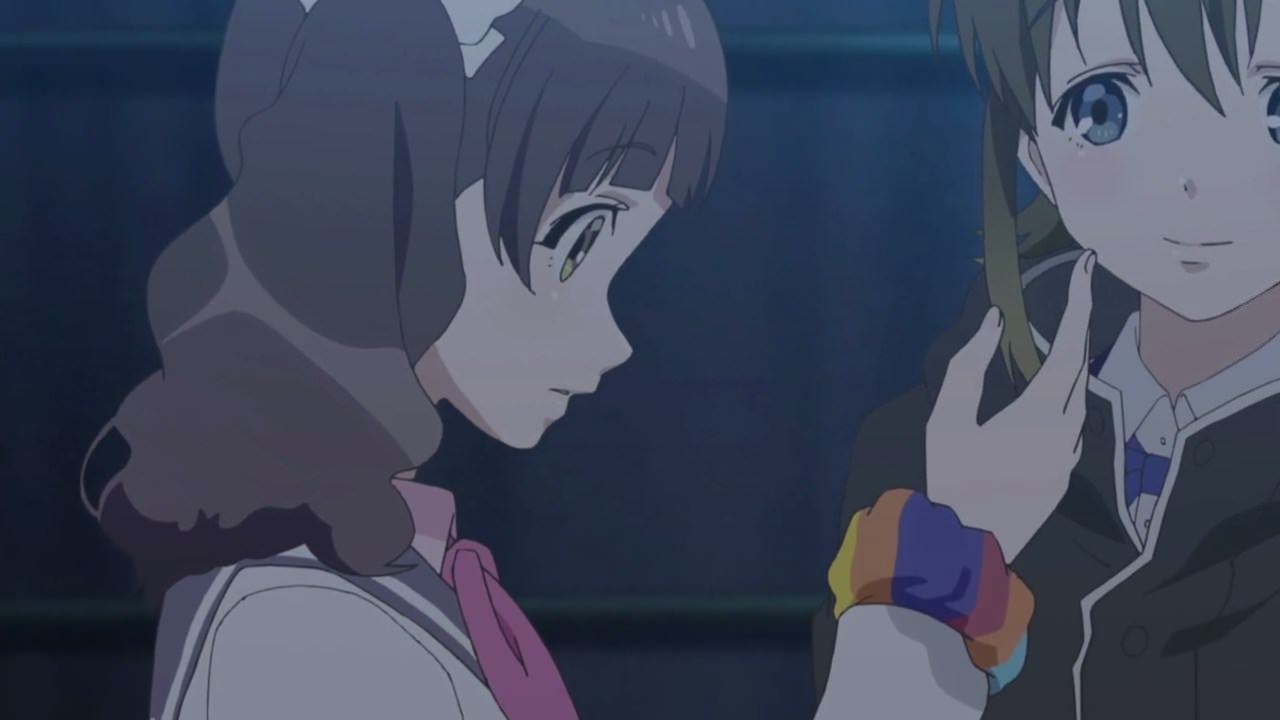 So, Mayushi and the rest gave their scrunchies to Ayumi and her two friends, just to calm their nerves so that they won’t make a fool on their opening act.

Well then, let’s hope that the trio can put a good show for their seniors and the whole crowd! 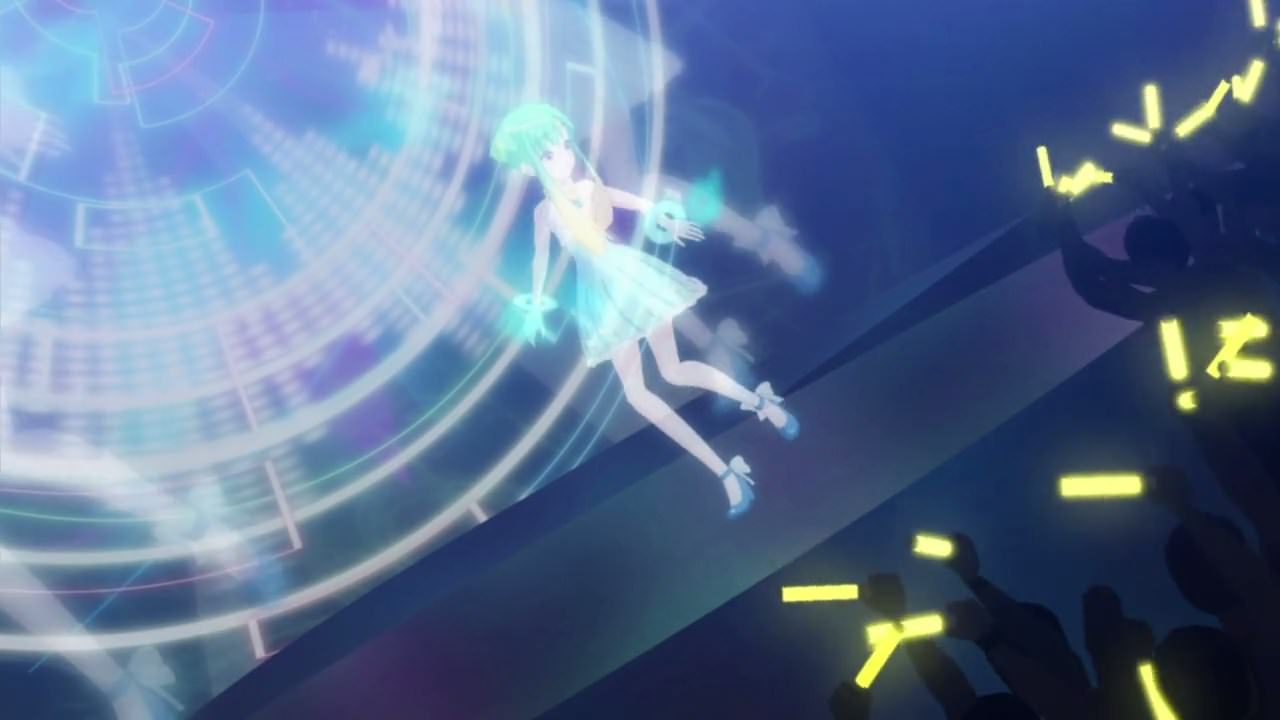 Now then, let’s go to the Sendai Stadium as everyone is smitten towards Makina X’s charms as she rocks the whole stadium down with her music composed by Tasuku Hayasaka, titled as “Glossy World”.

C’mon, they’re basically hooked by a virtual idol which said that it oozes perfection. Then again, a few people believe that Makina X doesn’t have the heart of a true idol. 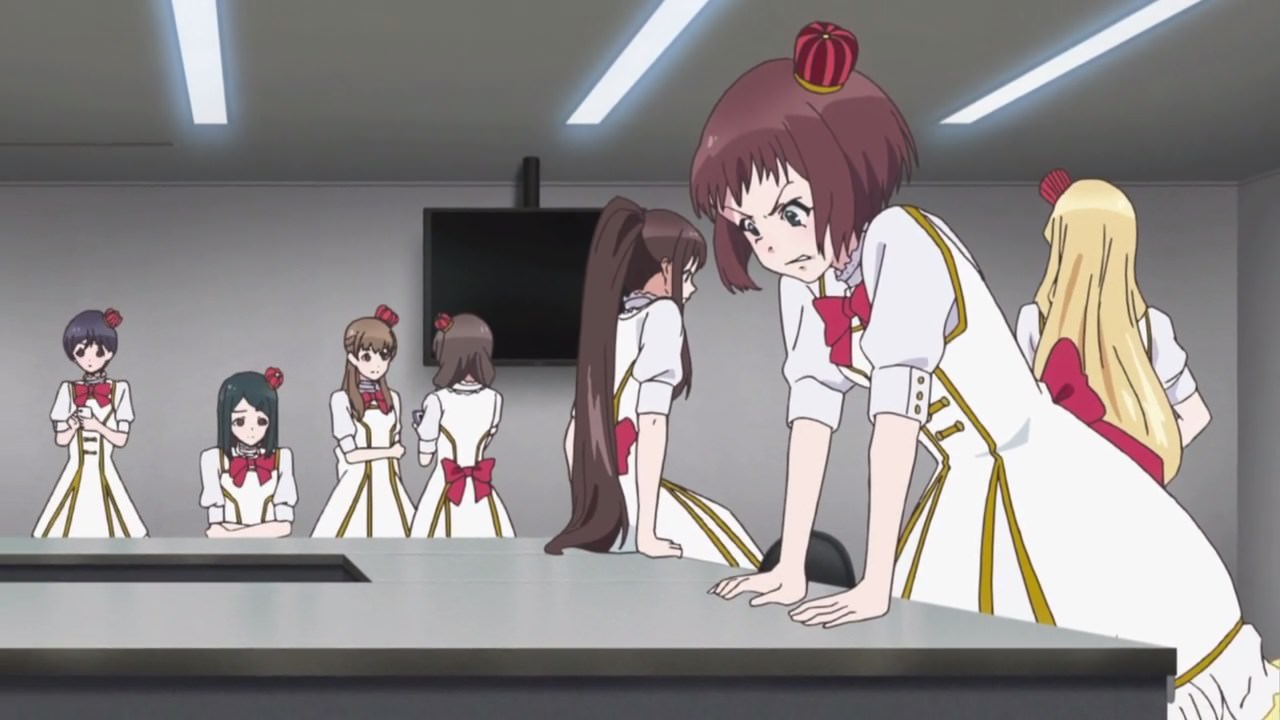 Meanwhile in Tokyo, the I-1 Club are preparing for their concert, but they’re anxious on how it’ll turn out since Makina X has taken over Japan.

Worst of all, Tooru Shiraki has announced that there would be a surprise guest during I-1 Club’s concert which it might steal the show from the most popular idol group in Japan. I suspect that Makina X would be coming over to steal the show from I-1 Club, something that Moka Suzuki would not like it at all. 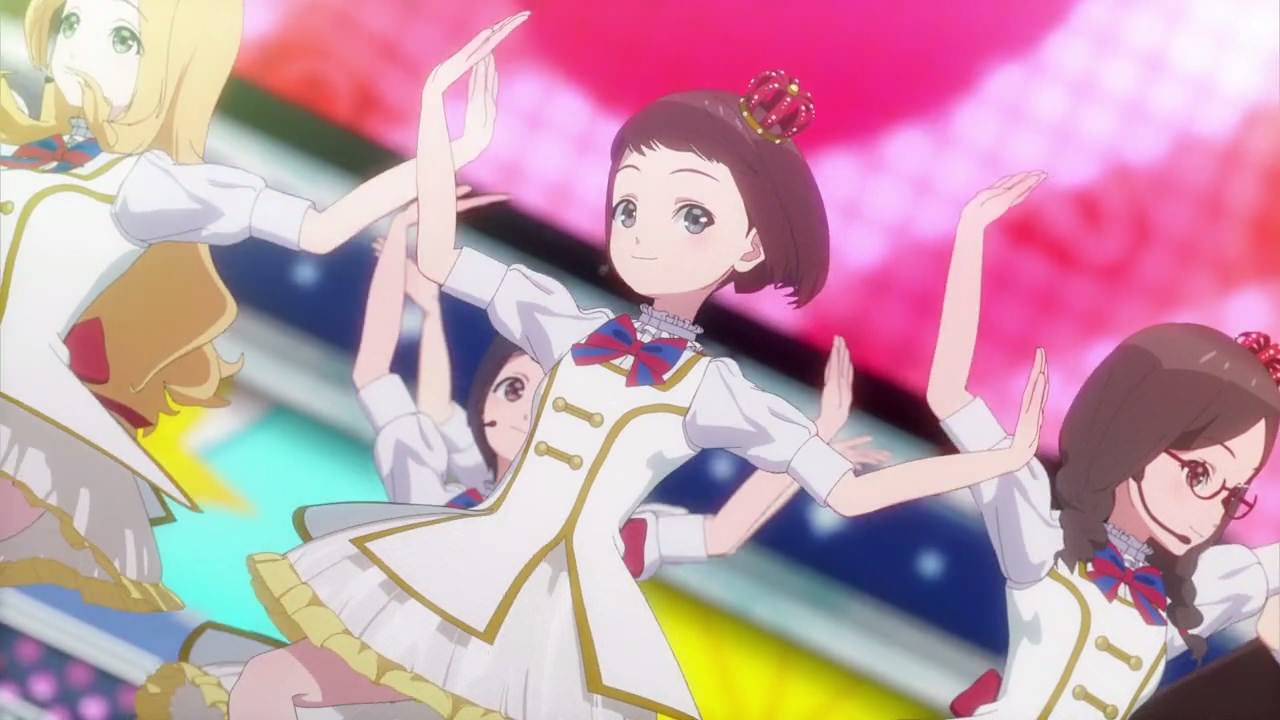 But you know what, Moka and the rest of the I-1 Club should focus on entertaining the whole crowd. After all, they’re idols first and humans second, just like how Shiraki-san envisioned.

In any case, things are looking good there in Tokyo and I have to say that the I-1 Club’s music is good, especially “Jewelry Wonderland”. 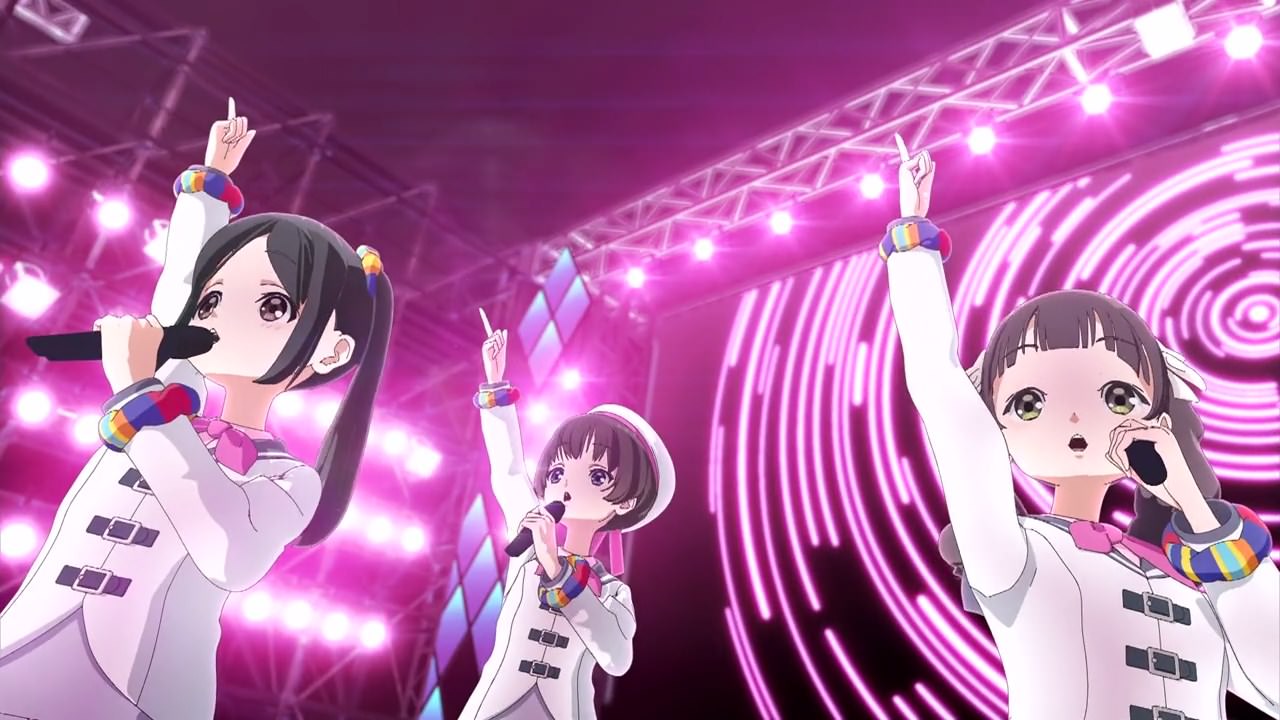 Now let’s go back to Sendai as Run Girls, Run takes the stage with their debut song “Kakeru x Kakeru”.

Sure that they’re a bit nervous on their debut, but the likes of Ayumi Hayashi, Otome Morishima, and Itsuka Atsugi are putting a putting a good show to rally up the crowd for the main act! 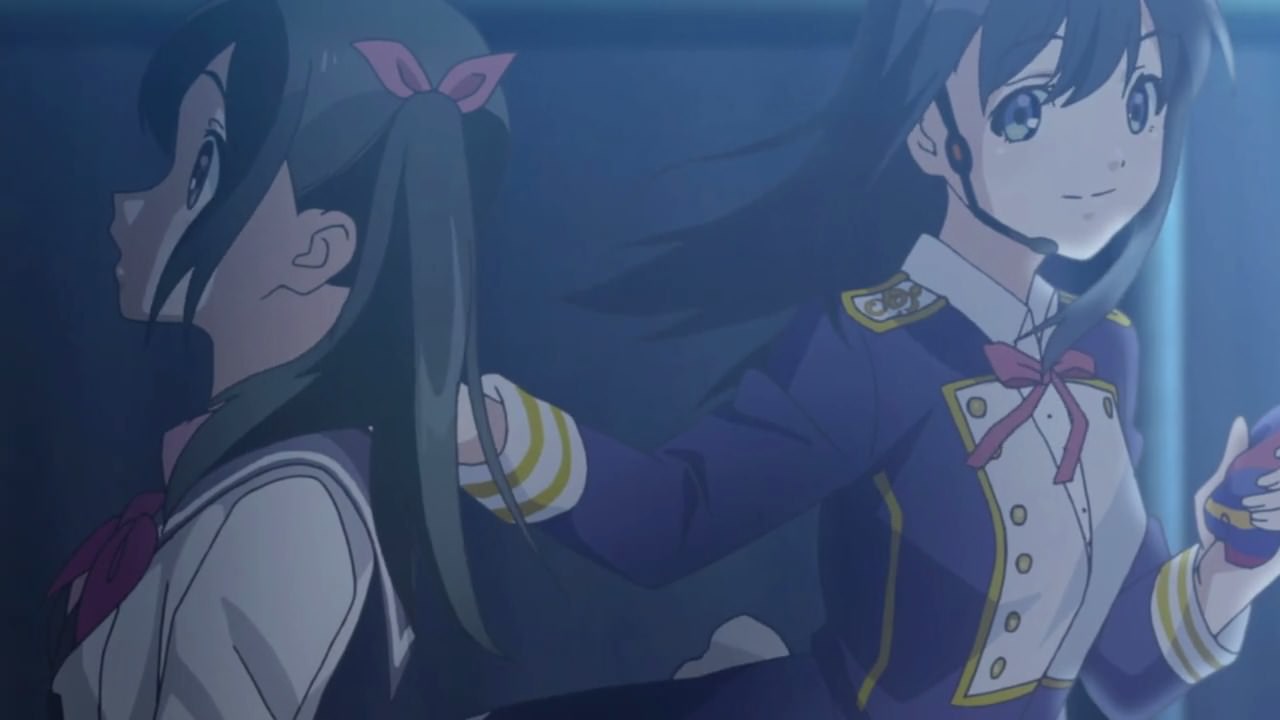 In any case, Run Girls, Run did a good job as Wake Up, Girls! will take over from Ayumi Hayashi and her two friends.

Heck, even Mayushi gave them a thumbs up on their debut performance! 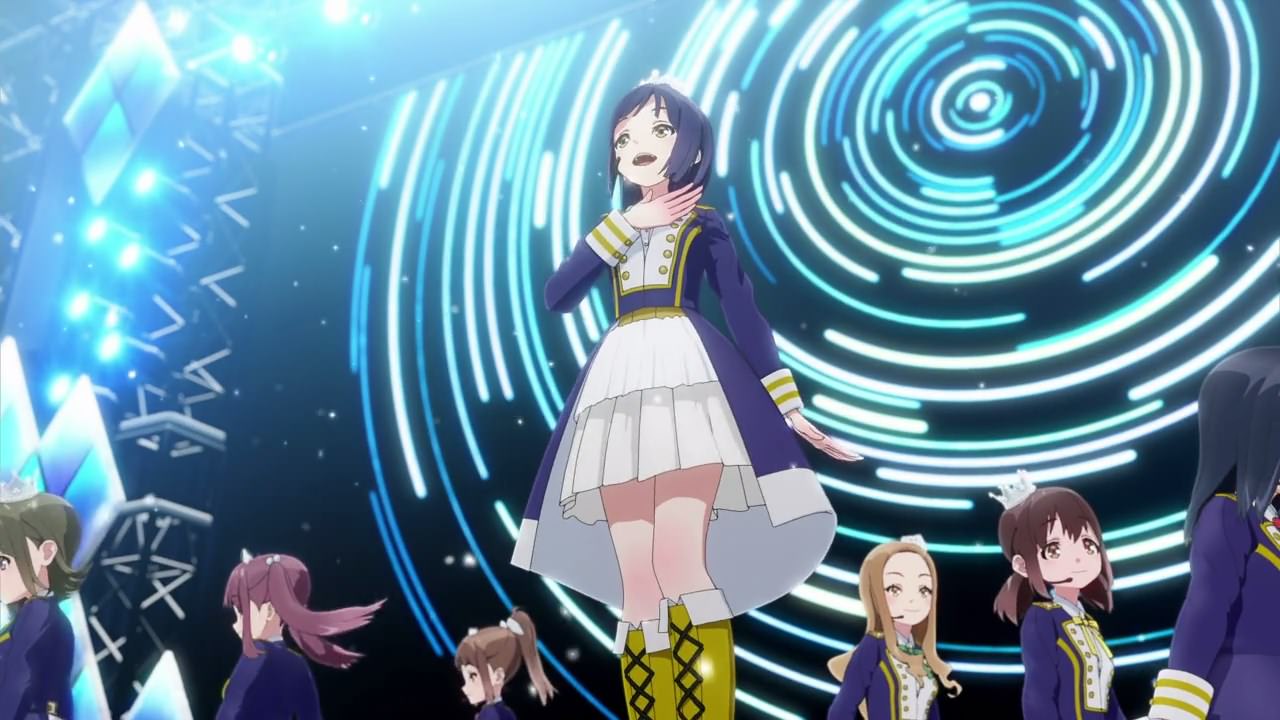 And now, it’s time for the main event as Wake Up, Girls! takes the stage with a medley of popular songs like “Tachiagare!” and “Beyond the Bottom”, before they end the concert with their new single “Polaris”.

Yeah, it’s sounds great as Mayu Shimada and her fellow idols wrote the lyrics together, just to make it special because Tasuku Hayasaka wants them to make lyric that’s worthy of his composition. 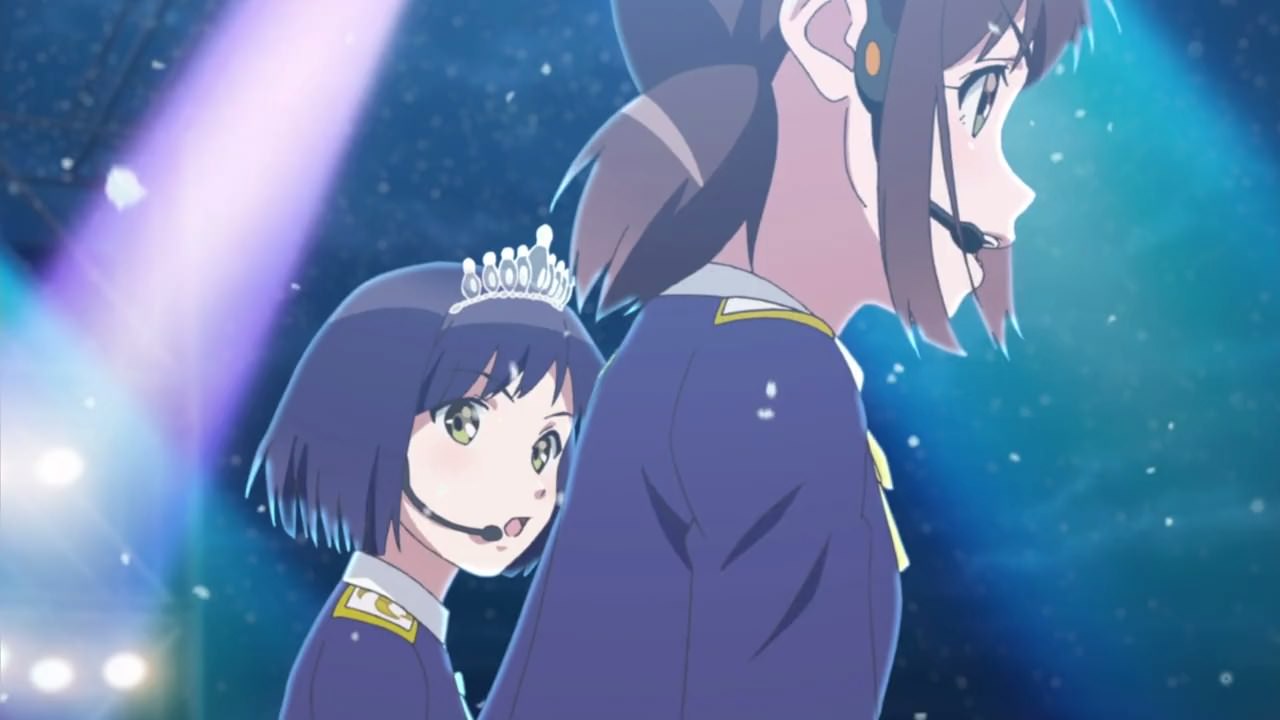 Unfortunately, something went wrong as their mic is not working. It turns out that the heavy snow is affecting the sound equipment in other electronics. 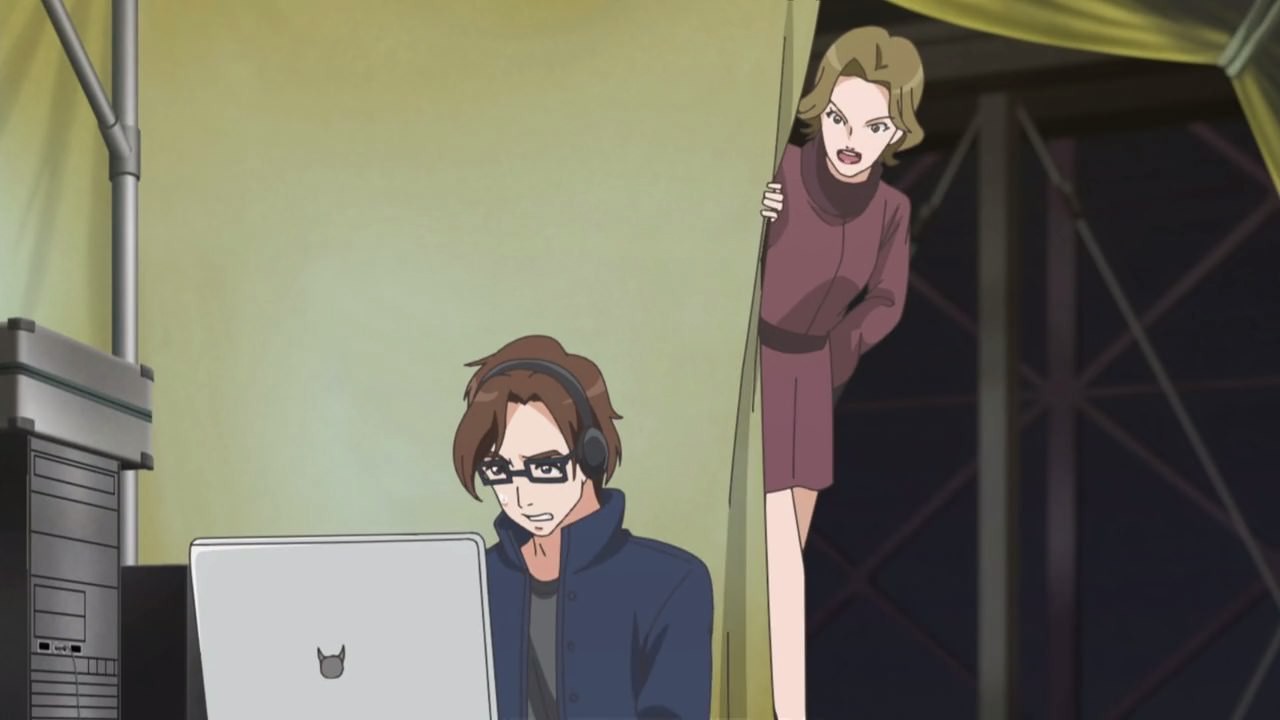 Heck, even the staff couldn’t fix it when the concert is underway. Yeah, President Junko Tange is pissed!

At this point, it’s going downhill from there if the mics aren’t fixed. 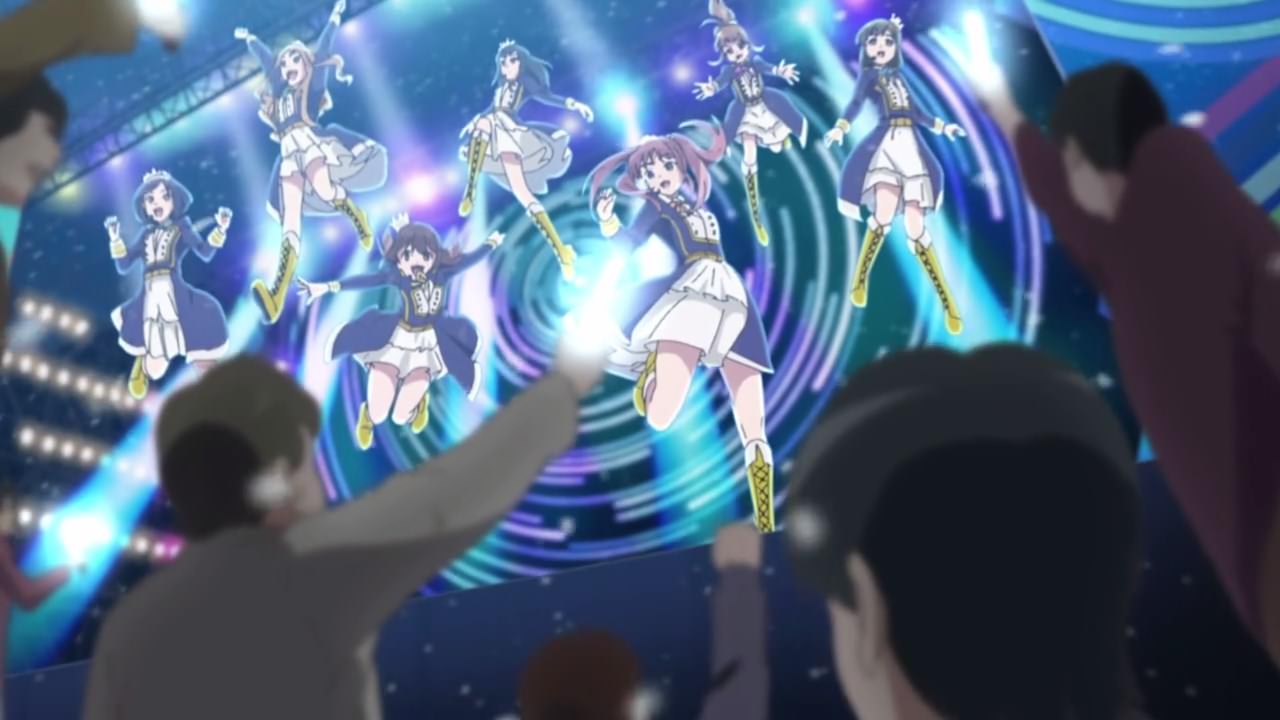 However, WUG! has decided that instead of waiting for their mics to be fixed, they decided to jump out from the stage and into the crowd.

So yeah, Mayushi and her friends will sing with their hearts out to reach everyone! 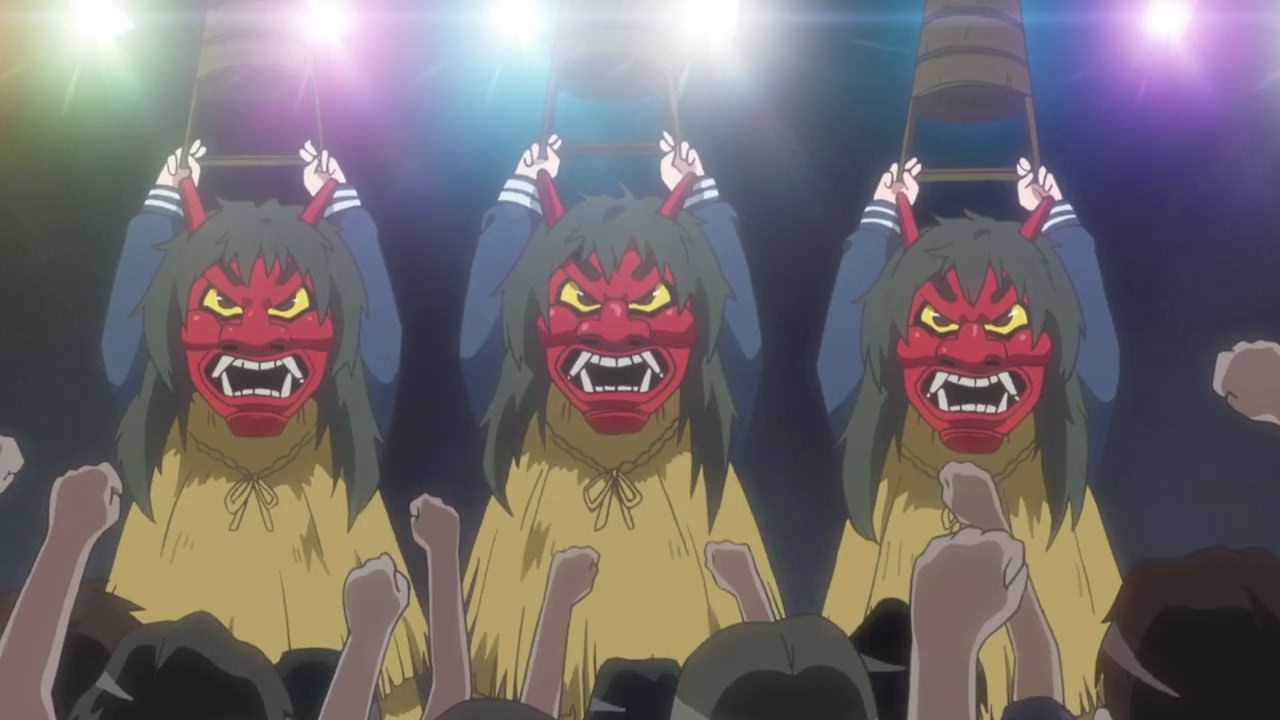 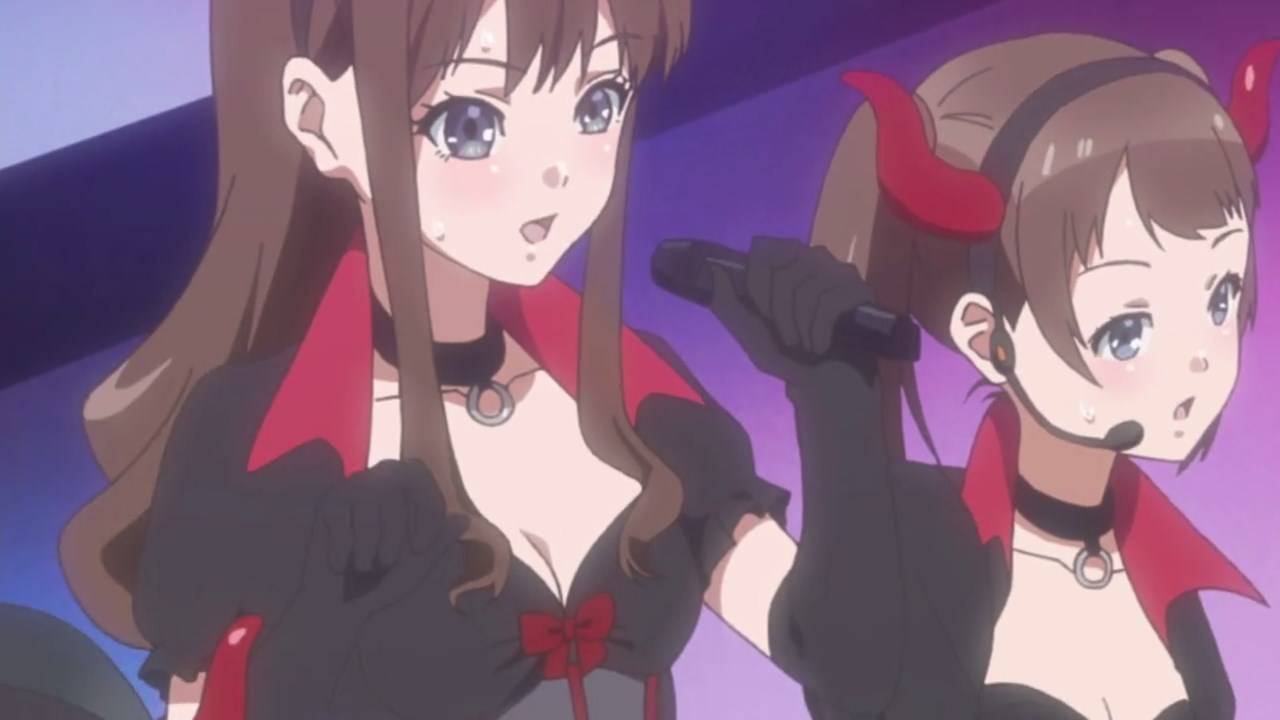 In other parts of Japan, various idol groups like the Namahagez and Next Storm are doing well on their respective concerts on Christmas Eve.

Seems that the plan of uniting idol groups across Japan and perform simultaneously is working well! 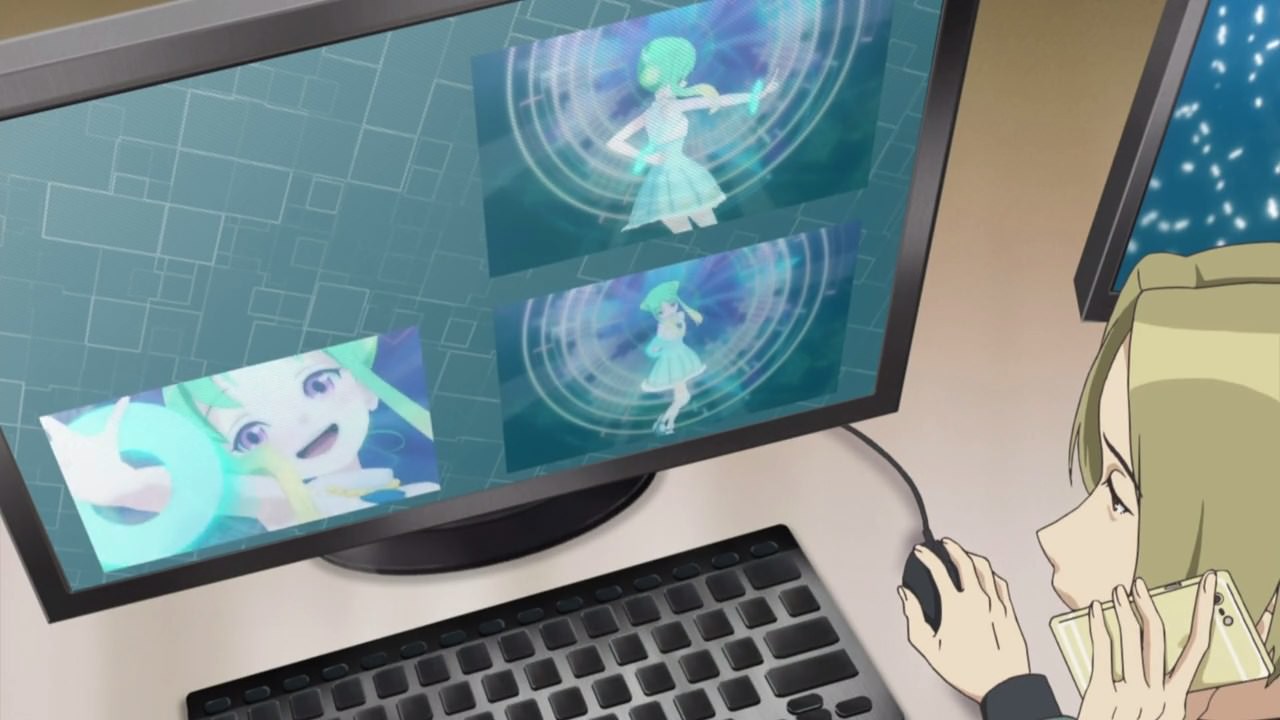 Meanwhile, Tasuku Hayasaka made a long-distance call to Tooru Shiraki where Hayasaka told him that WUG! overcome various obstacles even though he’s composing music for Makina X in America.

Also, Hayasaka told Shiraki that Shiho Iwasaki asked him to find a concert venue for Wake Up, Girls! after the Sendai Stadium was occupied by the virtual idol. 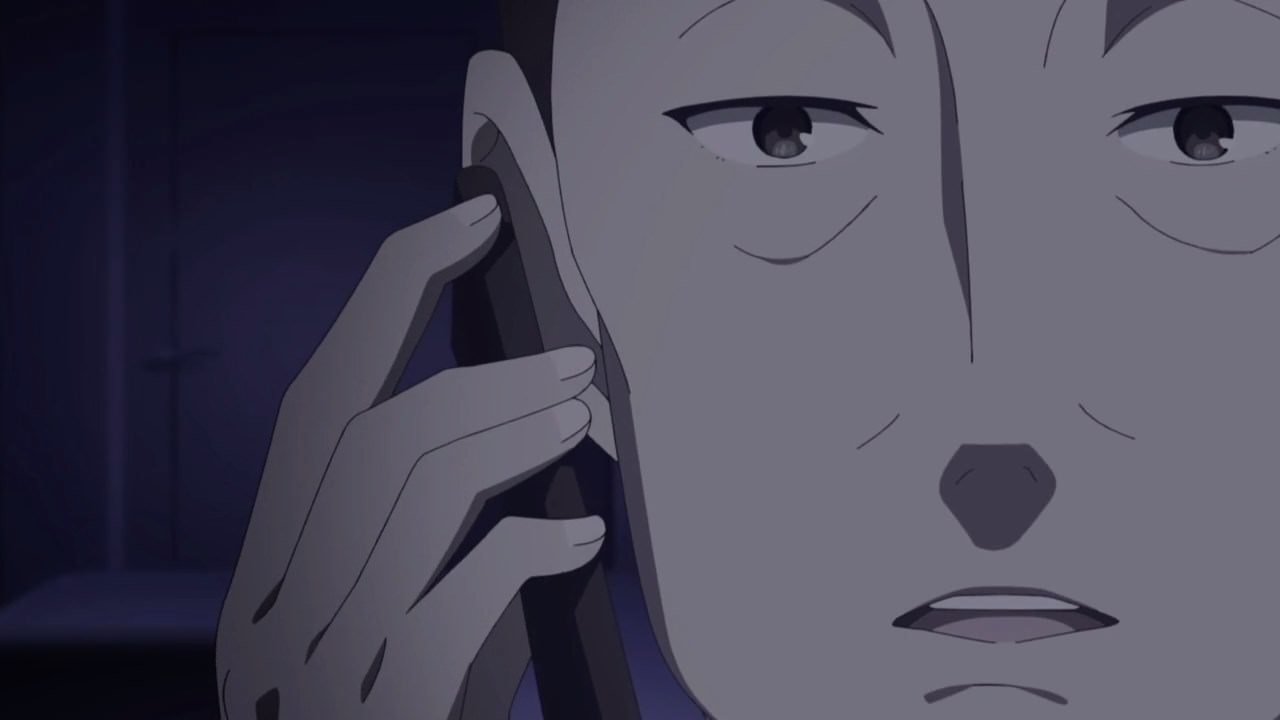 Yeah, seems that Tooru Shiraki is shocked to hear that news. One more thing, Tasuku Hayasaka told the head honcho of the I-1 Club that there’s a difference between a virtual idol and real-life idols.

Sure that Shiraki would think that they’re the same thing, but Hayasaka prove it otherwise as while virtual idols are presented with perfection, real-life idols can overcome obstacles and expectations despite having their ups and downs. 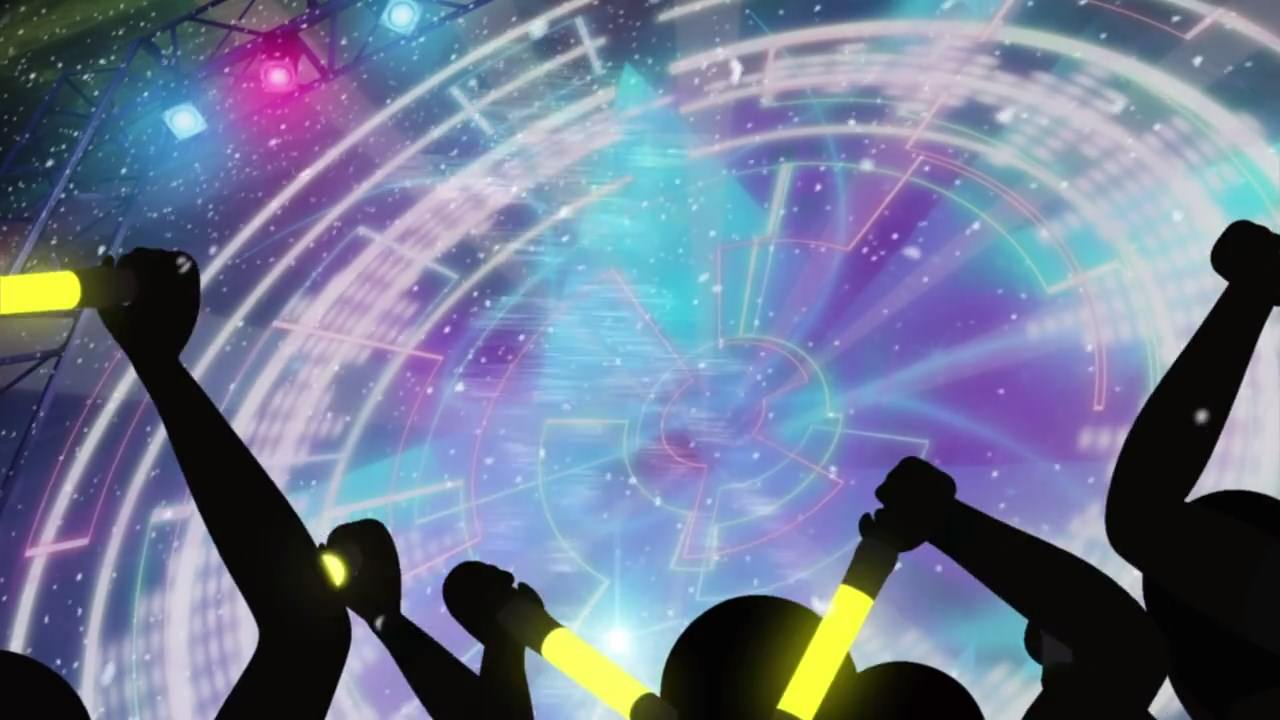 Then again, not every virtual idol is perfect though as Makina X got a malfunction during the concert. Seems that the weather is getting worse for this virtual idol that the staff are having a hard time fixing it.

In any case, looks like the audience aren’t pleased with Makina X glitching out that they want a refund. But yes, Makina X’s concert is not looking so good! 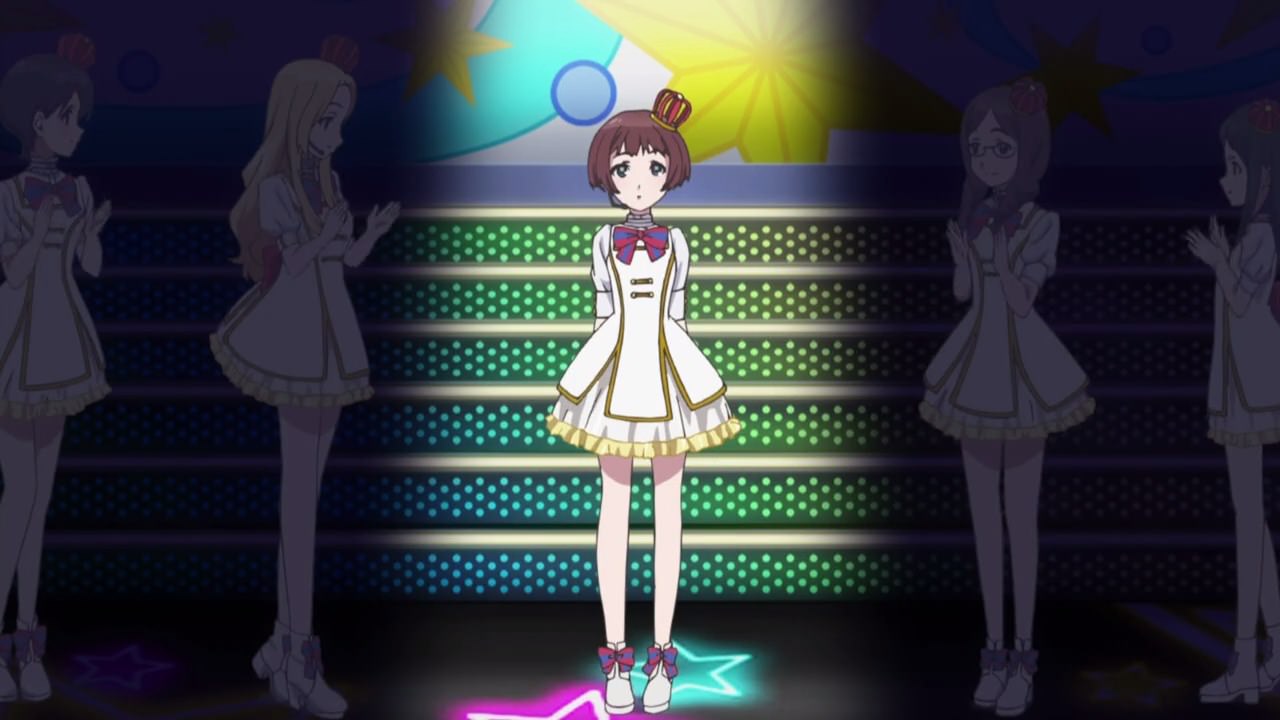 Now let’s go back to Tokyo as the I-1 Club’s concert is reaching its conclusion where Moka Suzuki retained her center position.

Afterwards, there will be a surprise guest in which I feel that it’s gonna be Makina X, much to Moka’s annoyance. 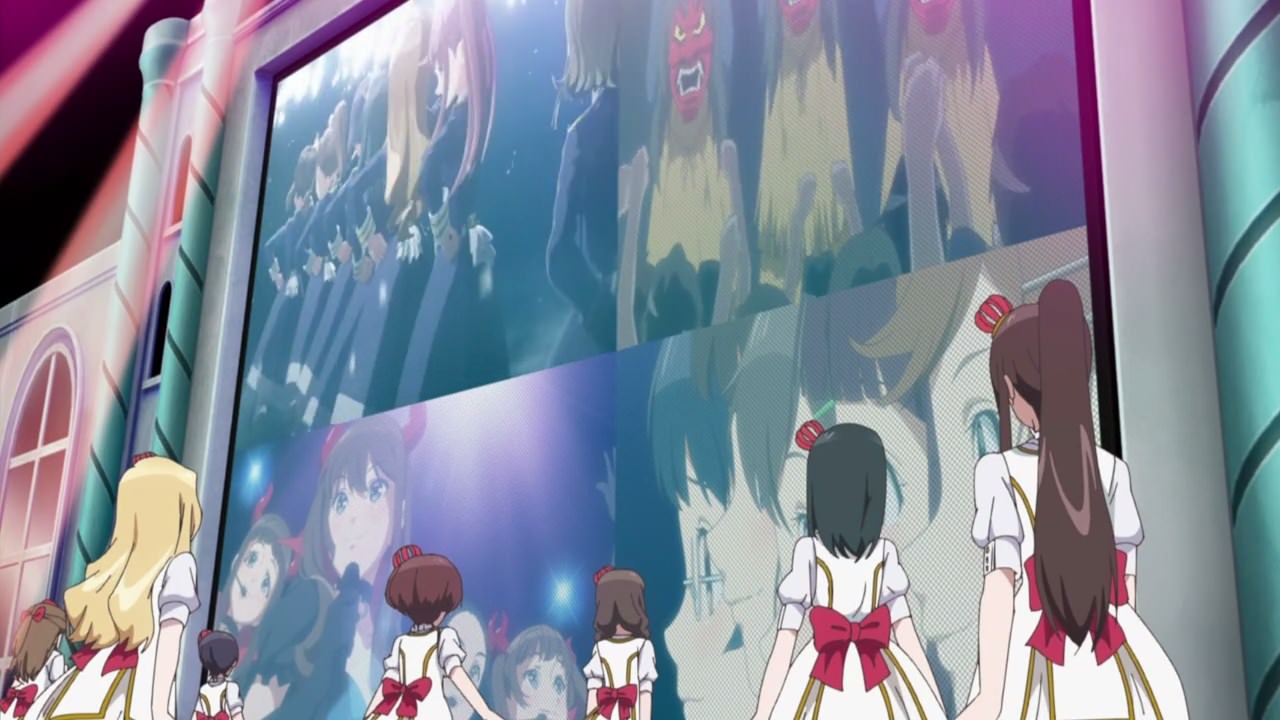 However, it turns out that it showcased various idols across Japan instead. I guess the virtual idol couldn’t make an appearance due to some technical difficulties.

But hey, Wake Up, Girls! being featured in I-1 Club’s concert is awesome and they’re not alone too as WUG! brought idol groups across Japan as part of their Wake Up, Idols! campaign. 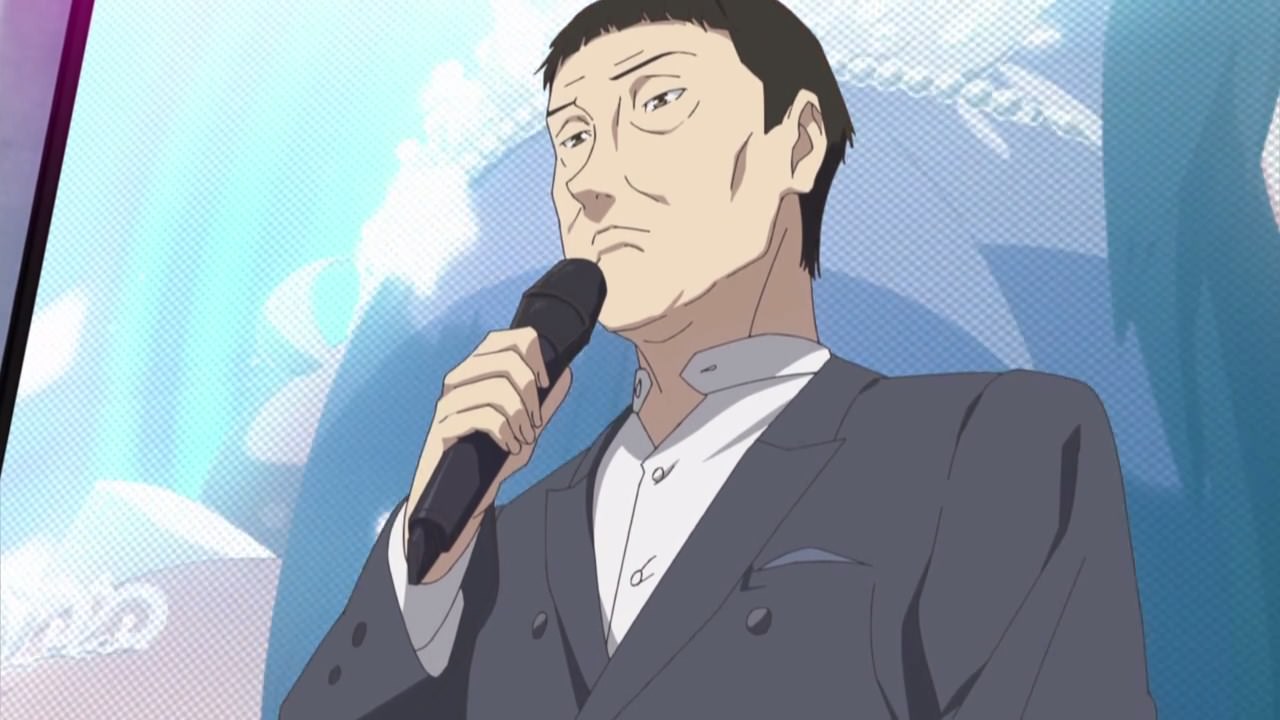 Because of their sudden appearance, Tooru Shiraki announced that there will be another idol festival.

Well, I have to say that it’s his response for the sudden re-emergence of various idol groups across Japan, which I have a feeling that there would be a sequel coming up in the future. Then again, I’d doubt that! 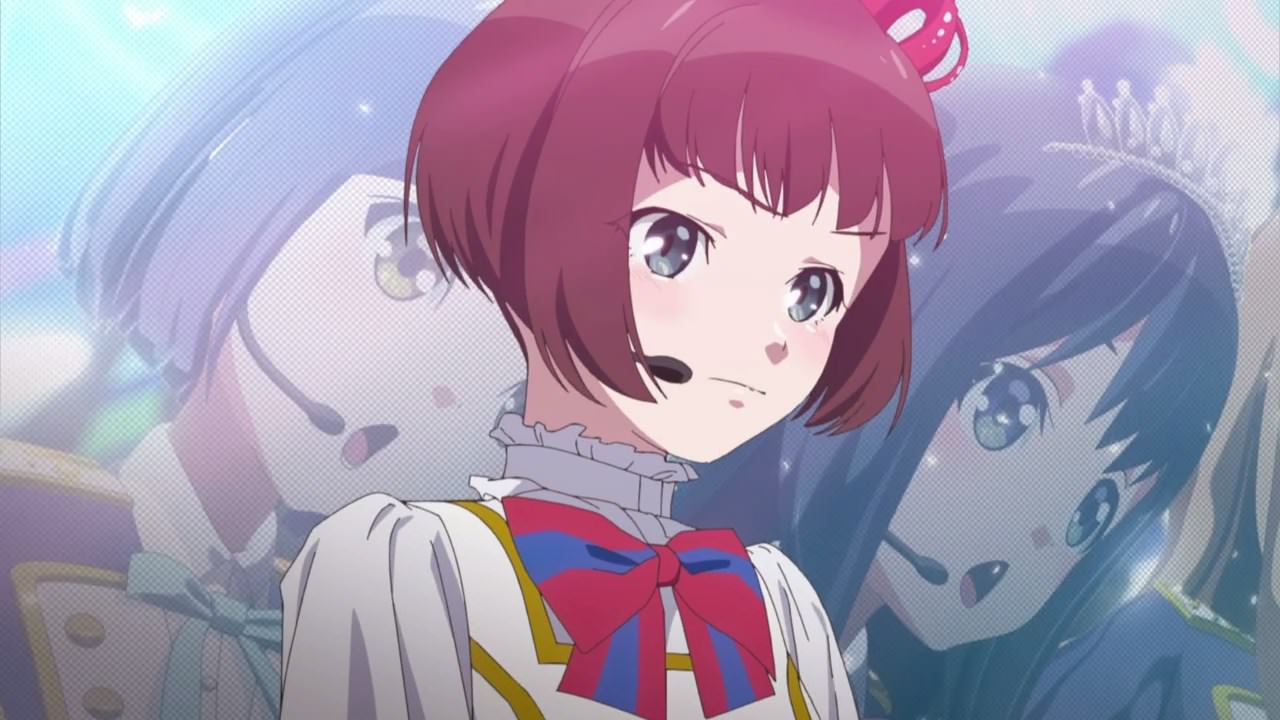 As for Moka Suzuki, seems that she finally decided to sing along with Wake Up, Girls! Afterwards, Moka stepped down as the center of the I-1 Club.

I have to say that the pressure has taken her toll. Maybe it’s best for Moka Suzuki to re-assess herself before taking the center position again. With that said, Moka’s reign has ended in a whimper. 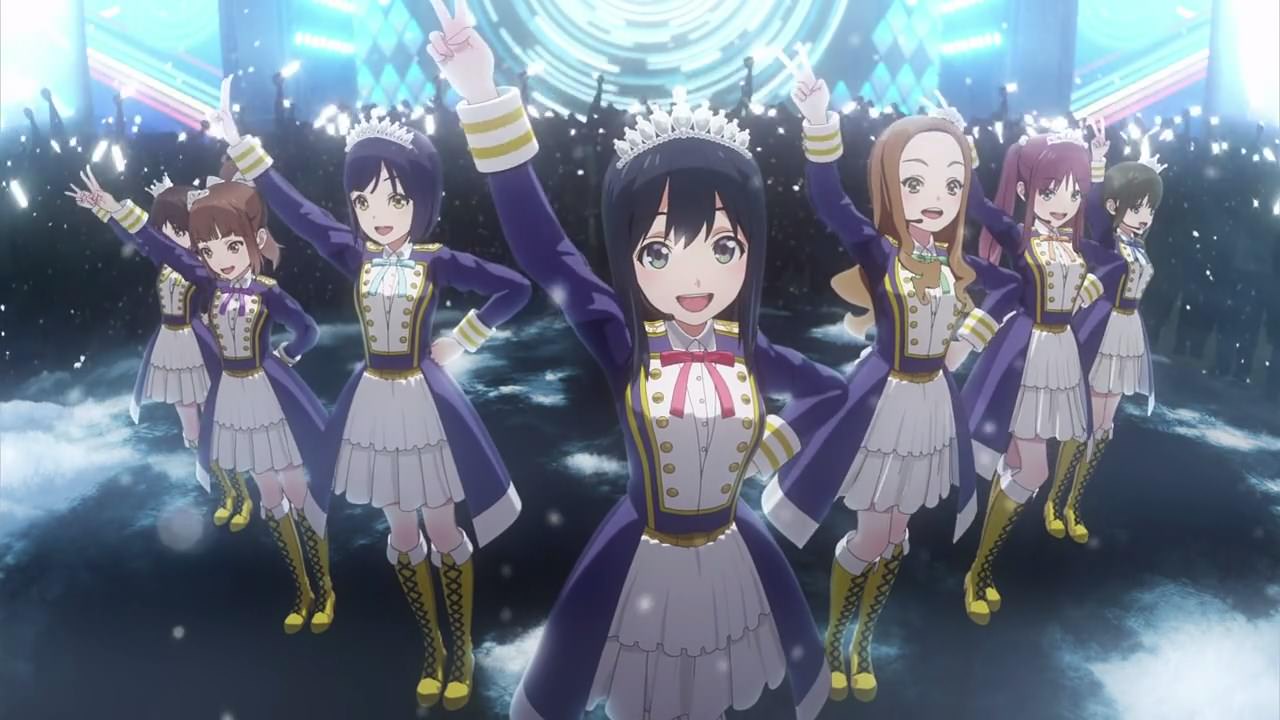 And that’s about it for Wake Up, Girls! New Chapter as despite the flaws that were shown during its run, I’d say that it has a decent conclusion where WUG! put up a good show and rallied various idol groups across Japan.

Until there’s another new anime project coming up for WUG!, it’s time to say goodbye to these seven idols from Sendai! Oh, and let’s not forget about Run Girls, Run too because they need some love!