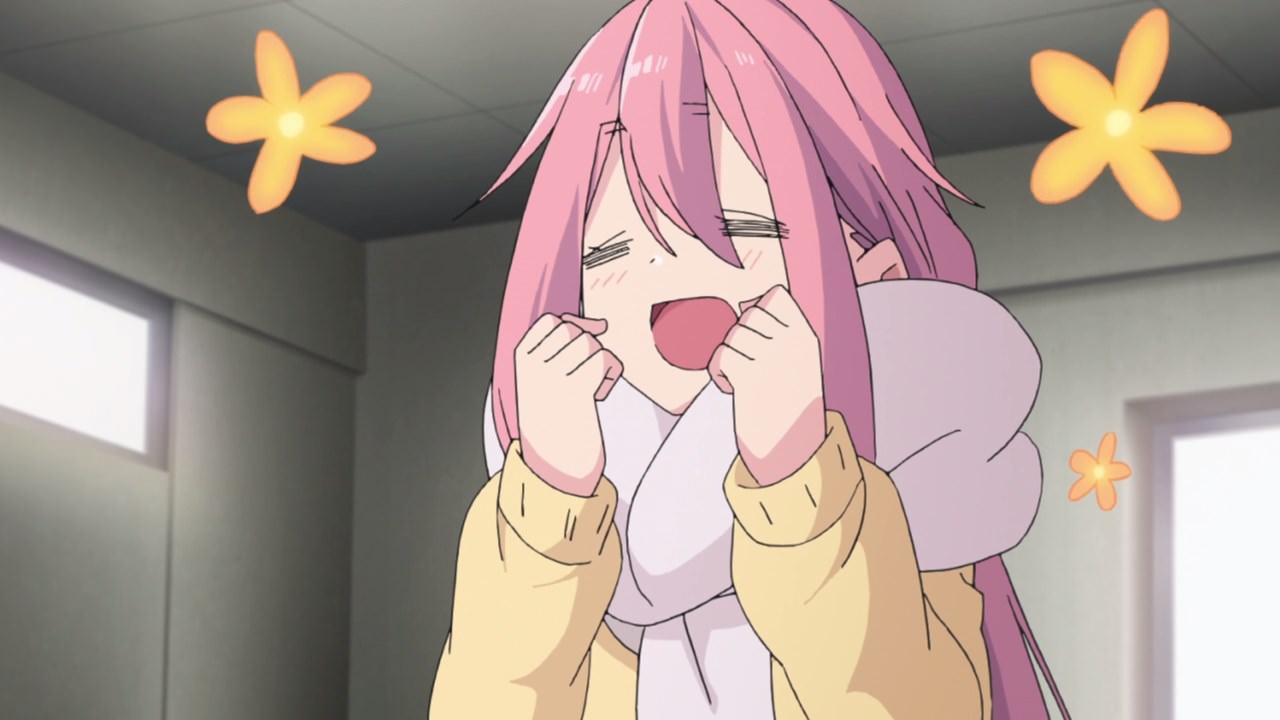 Here’s Nadeshiko Kagamihara as she’s about to join the Outdoor Activities Club or the Outdoors Club for short, where Nadeshiko will enjoy camping at any place and relax. 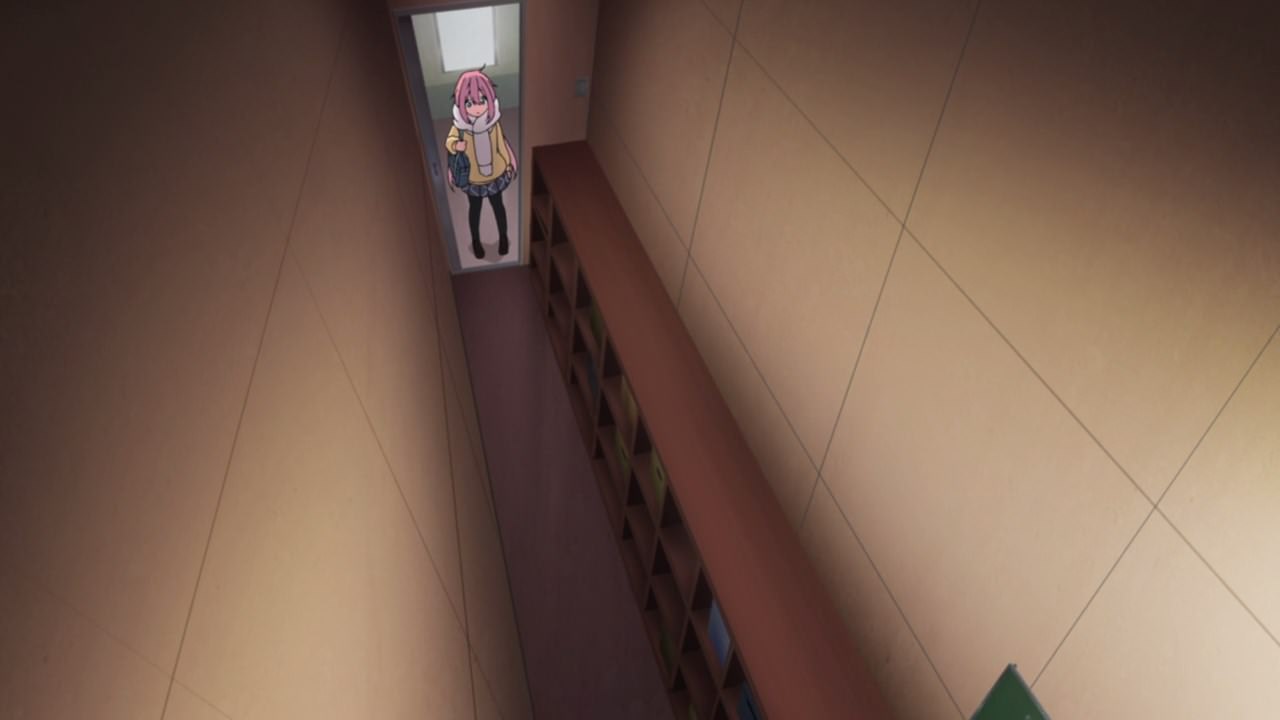 But then again, seems that the club room is just an empty narrow place. Well, so much for Nadeshiko joining the Outdoors Club… 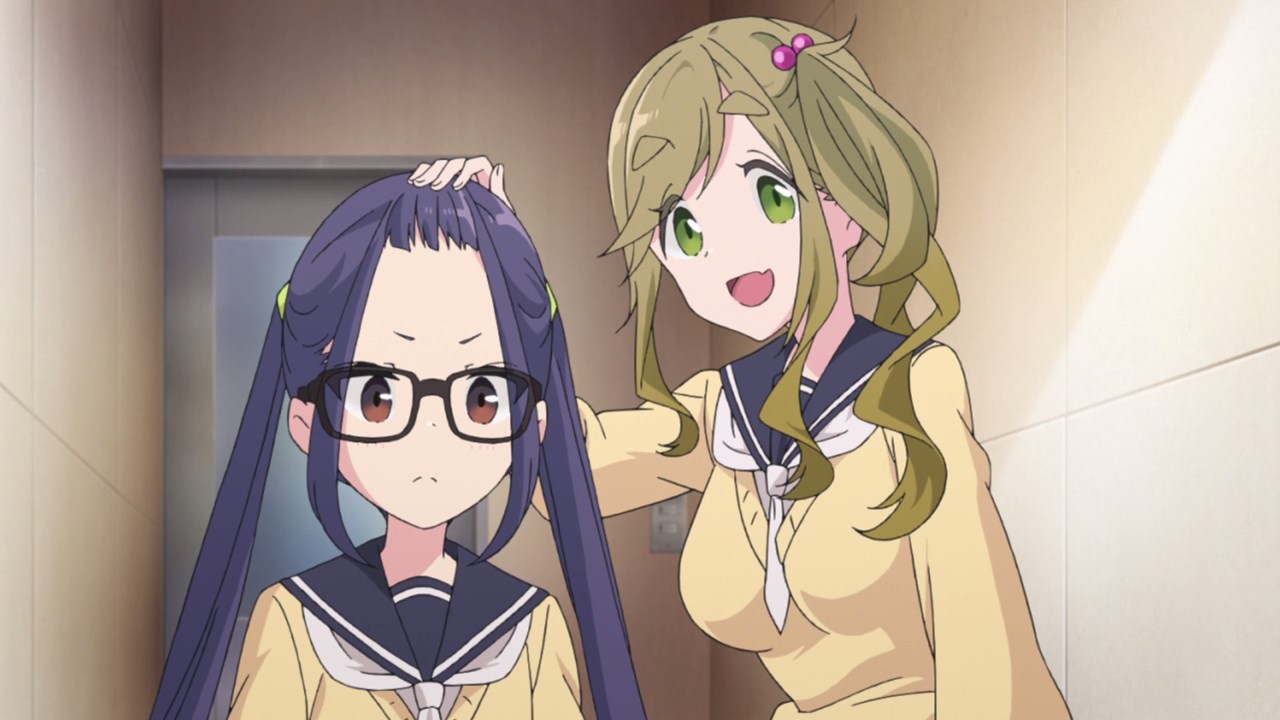 That’s until she met both Chiaki Oogaki and Aoi Inuyama in which they invited Nadeshiko to join the Outdoors Club.

While they don’t have anything to do at the moment, seems that both Chiaki and Aoi-chan are eager to do some activities for their newest member. 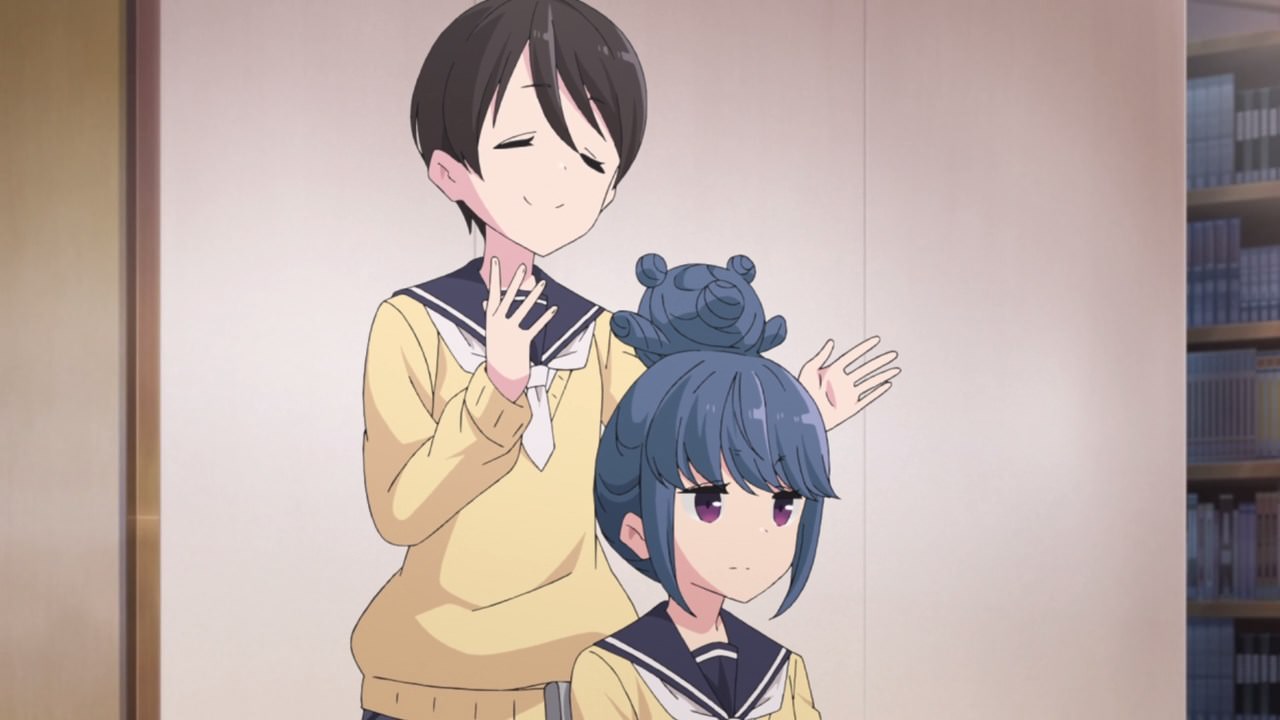 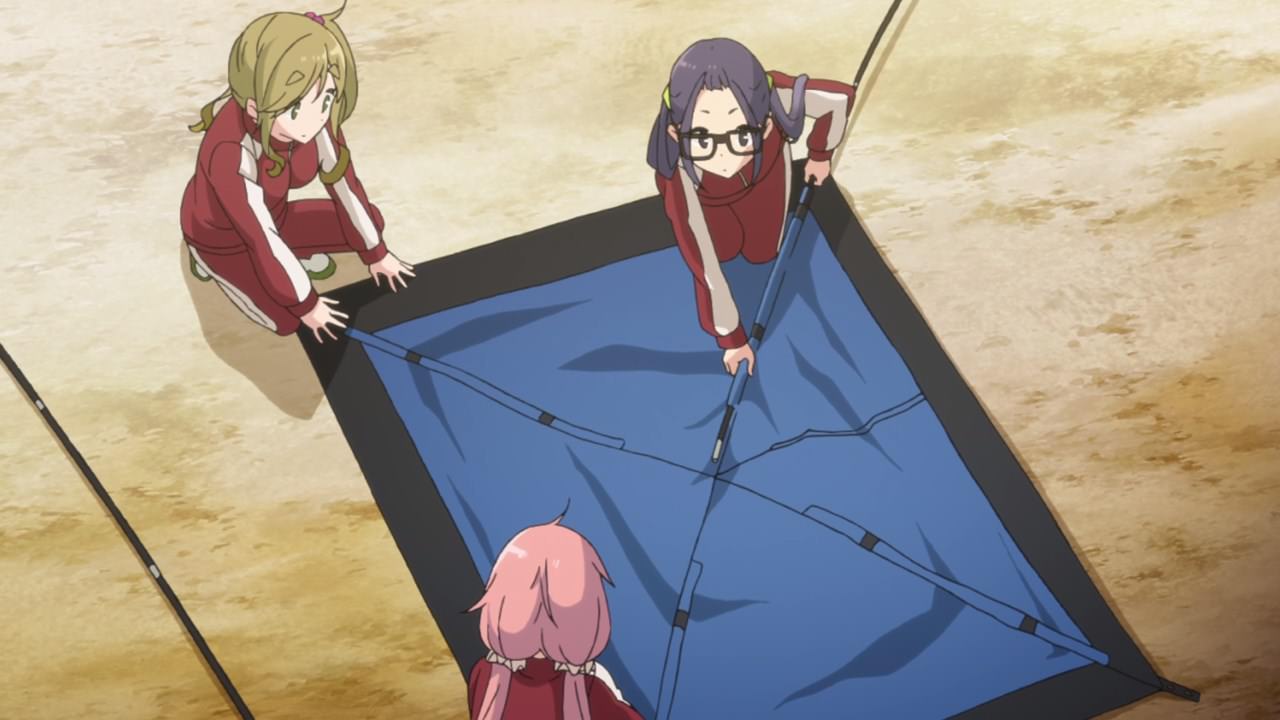 Anyways, it’s time for the Outdoors Club’s first activity where they’ll set up a tent at the school grounds.

By the way, Chiaki Oogaki bought a tent at an online shop for just 950 yen. Compared to other tents, this one she bought is cheap… 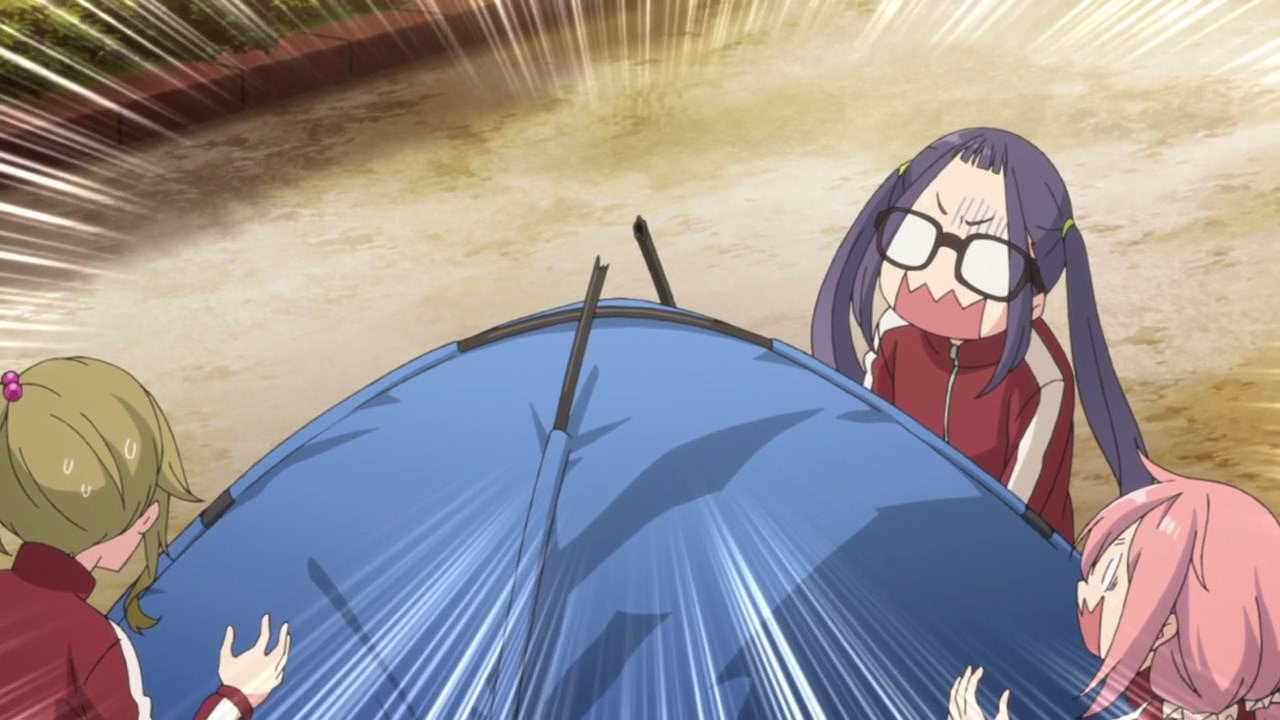 …and it snapped easily like a twig. Well, seems that Chiaki’s 950 yen tent is no longer usable. 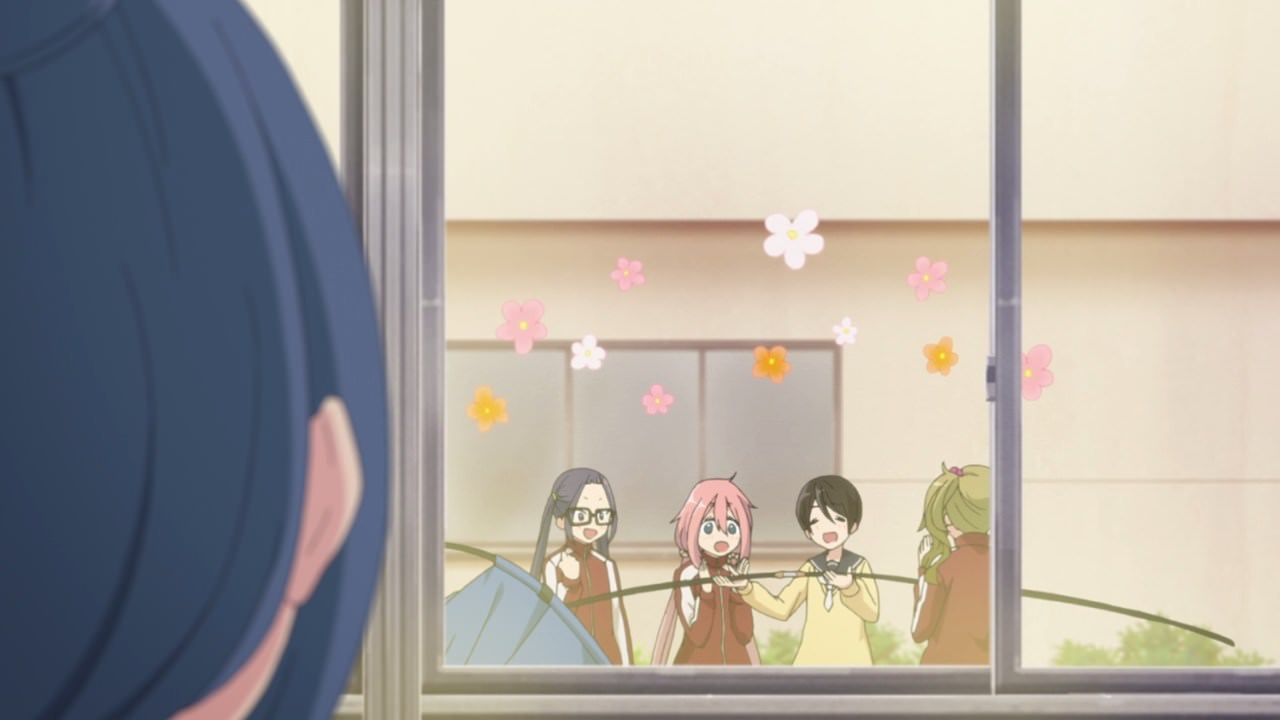 Fortunately, Ena Saitou stepped in to fix their tent by joining it together with duct tape. Yeah, that’ll work fine as long as it won’t snap again! 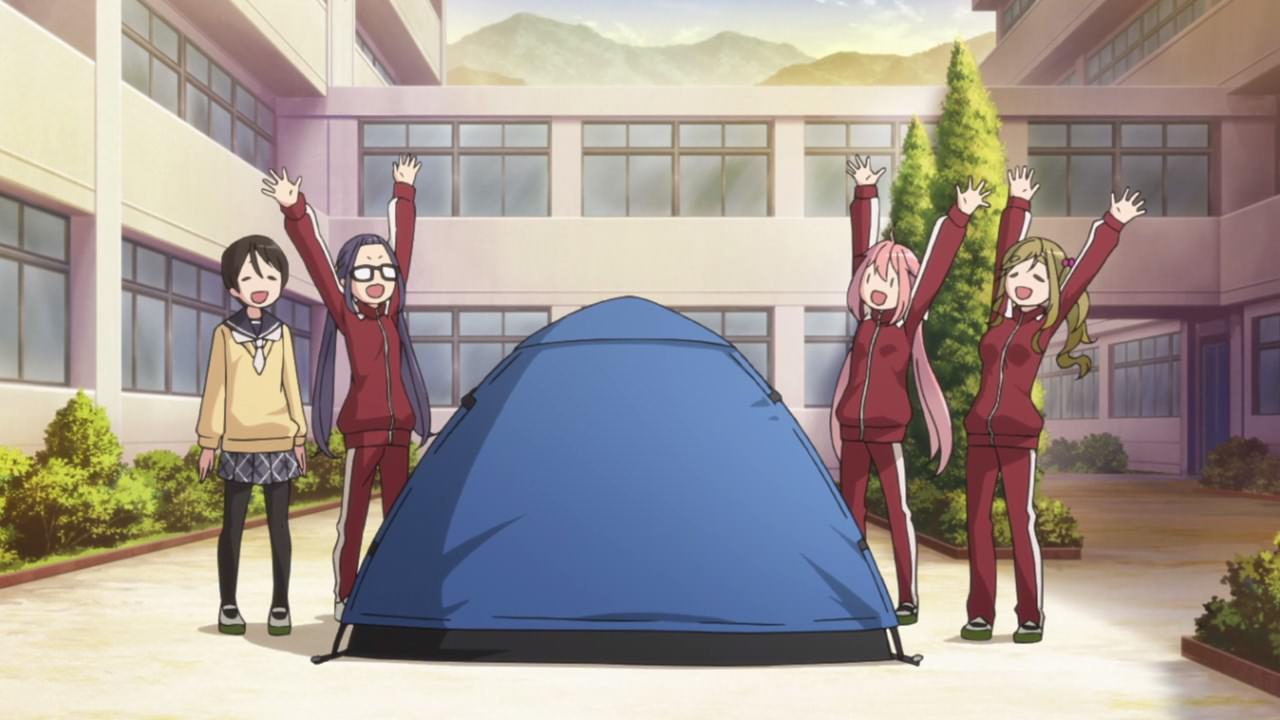 And so, the Outdoors Club got their own tent finally assembled and ready to be occupied. Unfortunately, Nadeshiko and her club-mates can’t stay at the school grounds for much longer.

Next time, they should set up camp somewhere in the wilderness! 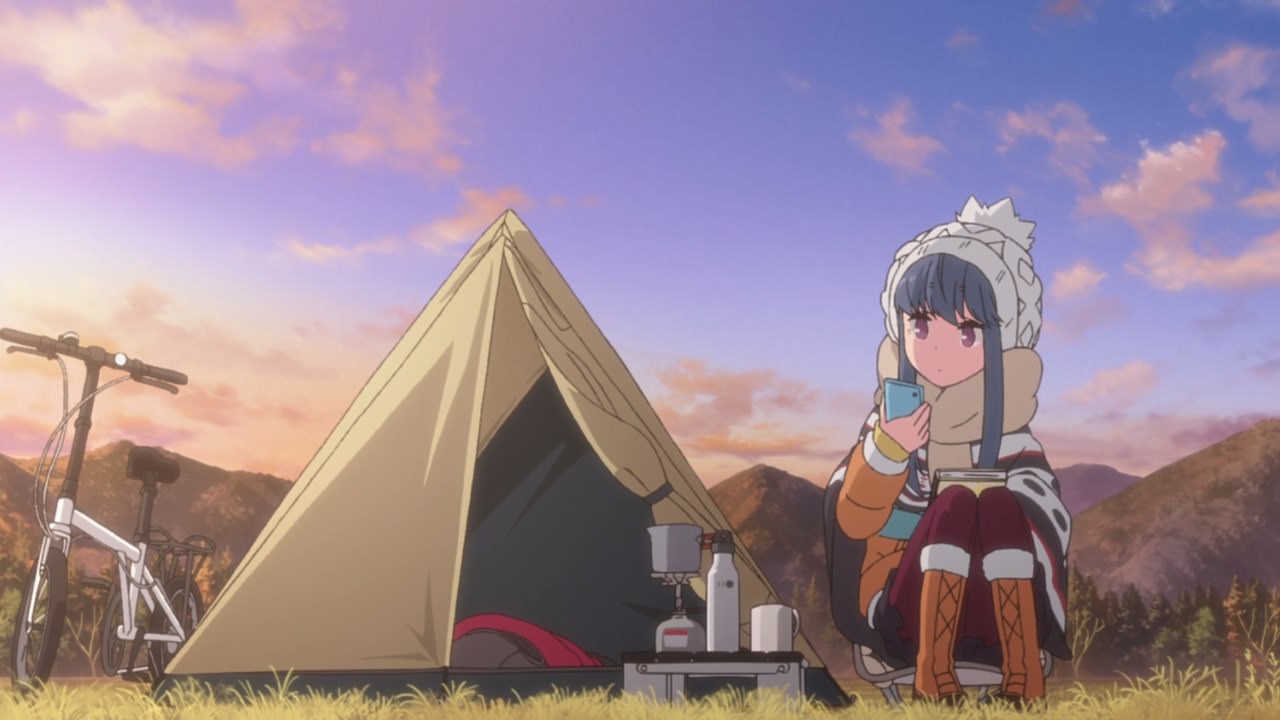 Now then, let’s end this week’s episode with Rin Shima camping alone as usual. Unfortunately for her, she’ll have to settle eating cup ramen again. 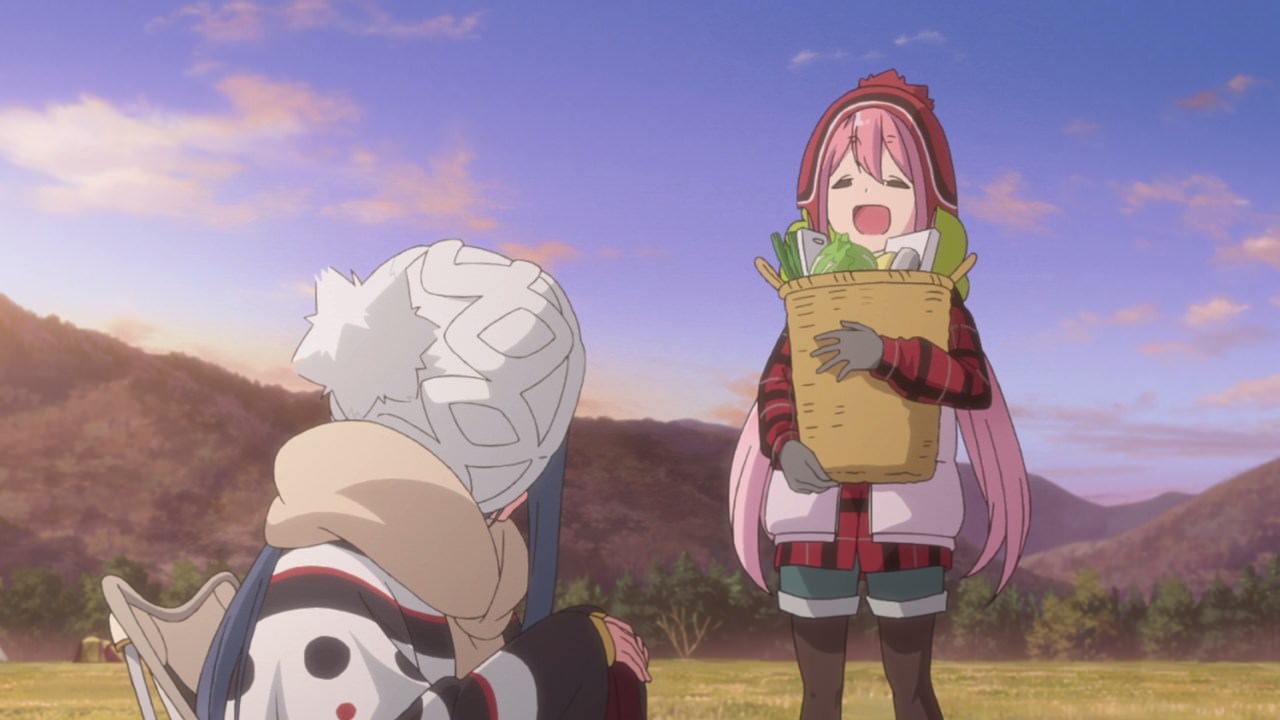 Fortunately for Rin-chan, Nadeshiko is here as she brought meat and veggies to cook some stew. Well, at least she’s prepared compared to Shimarin.

But anyways, let’s hope that it’ll be an enjoyable camp with Rin Shima and Nadeshiko Kagamihara on the next episode. Then again, I was wondering if Nadeshiko went to the camping grounds by herself?