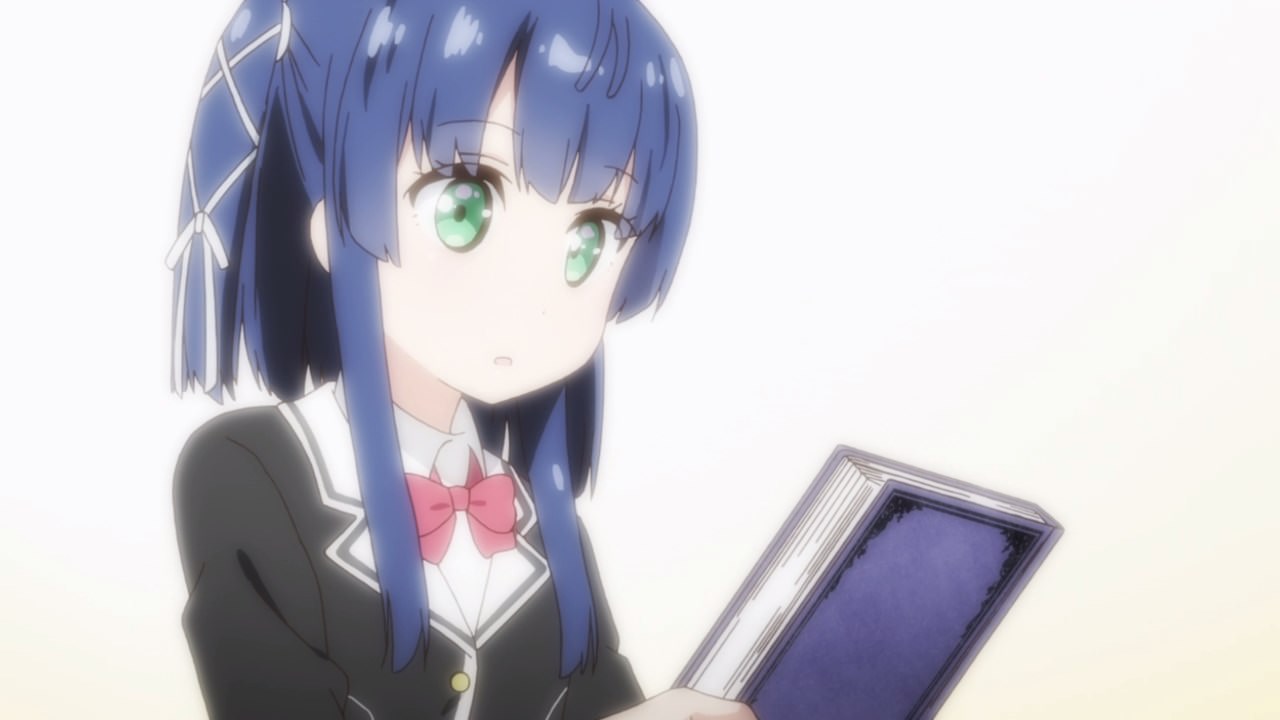 Hey everyone, it’s another anime adaptation based on a light novel from the late Tomohiro Matsu, best known for his works such as Mayoi Neko Overrun and Papa no Iu Koto o Kikinasai! While I have to point out that even though the author passed away, the story of Märchen Mädchen is being continued by StoryWorks.

In any case, this is Hazuki Kagimura who loves reading book in which her worries are gone upon finishing it. Now, Hazuki encountered a strange book in which she wanted to read it. 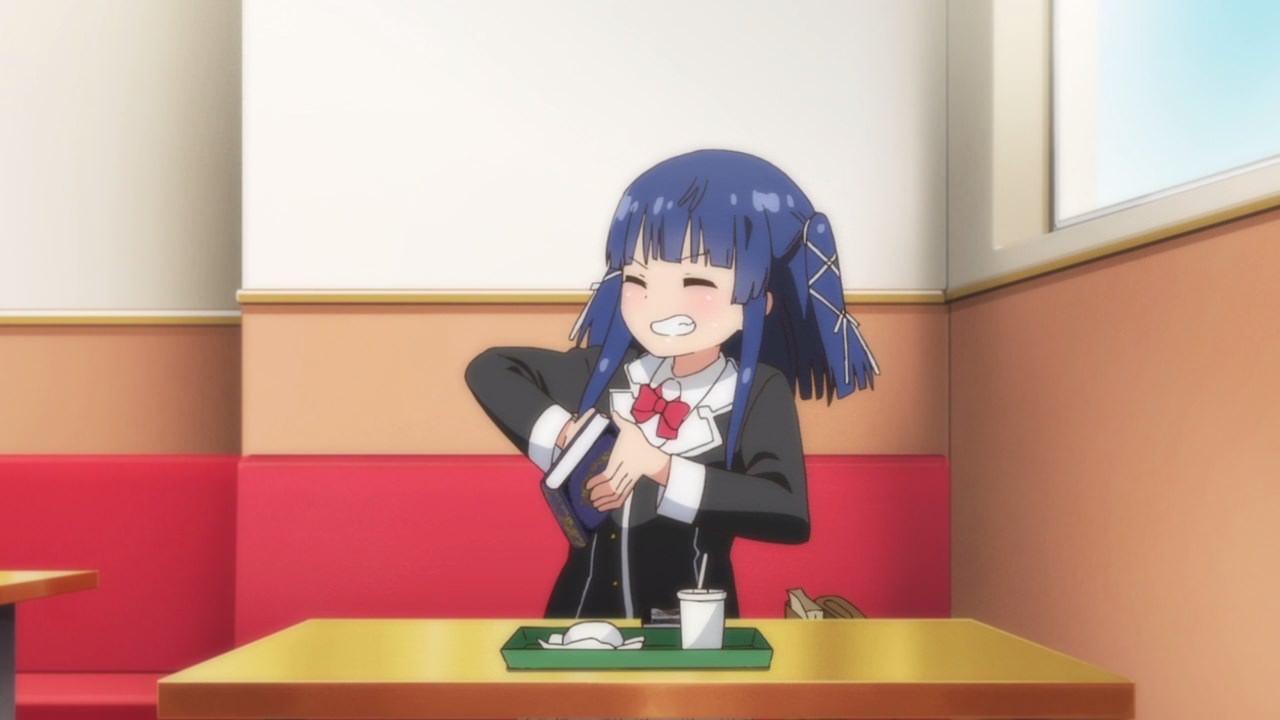 Unfortunately for Hazuki, she can’t open to book as it’s completely shut. So much for reading it to pass the time! 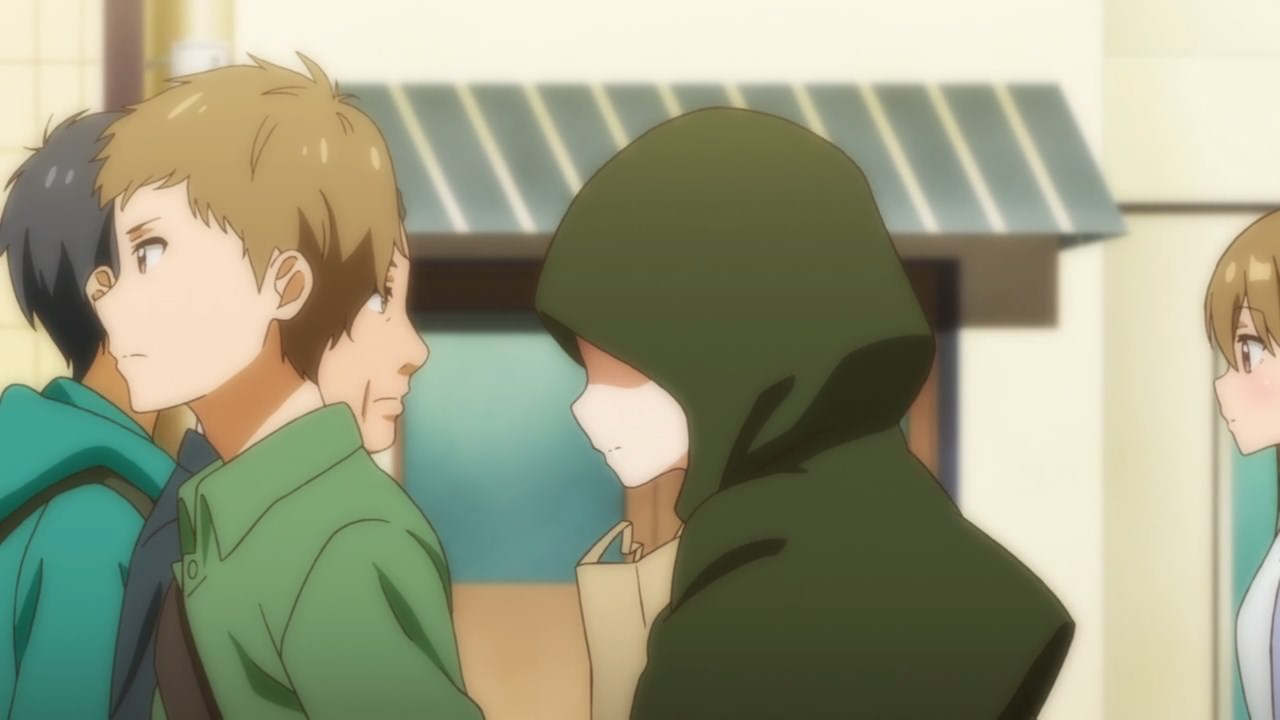 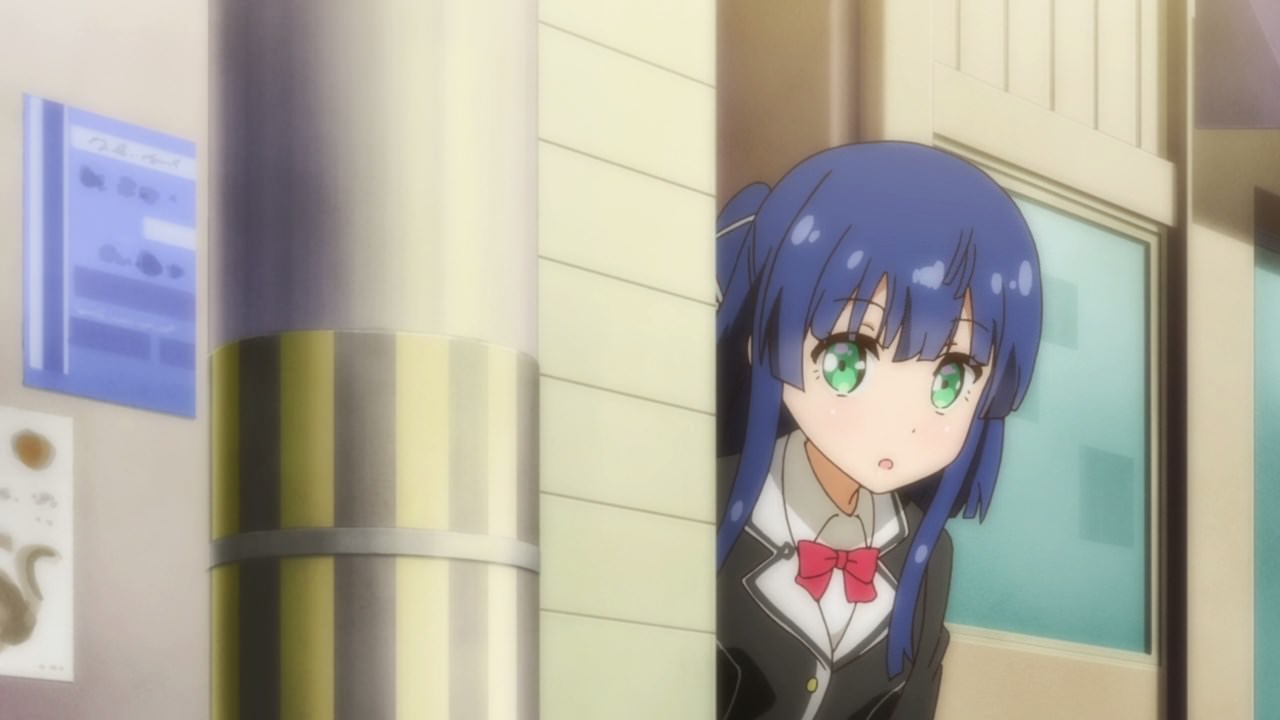 However, it appears that Kagimura encountered a mysterious person in which she’s the only one who can see it. 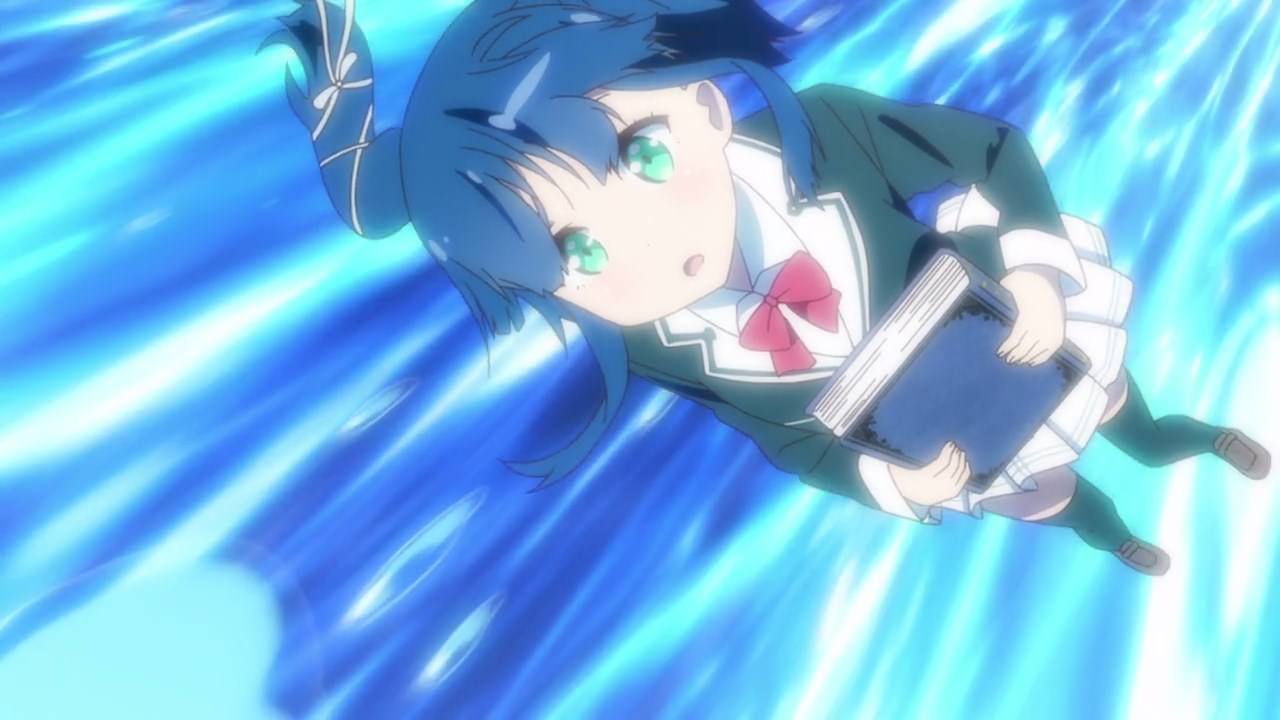 Eventually, she stumbled upon a portal where Hazuki transported into a fantasy world, like any other light novel that you have read in your life such as KonoSuba and No Game No Life! 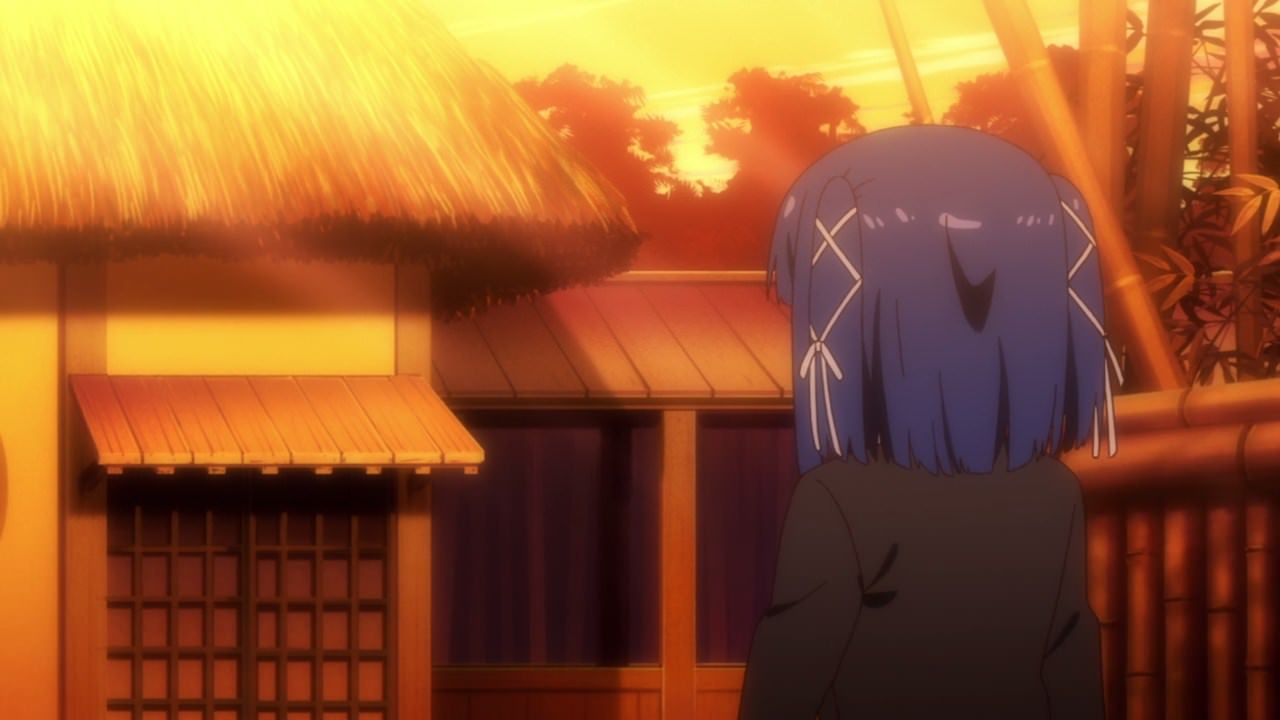 Anyways, Hazuki Kagimura has arrived at the fantasy world and it seems that she’s lost in the woods until Hazuki stumbled upon a ryokan. 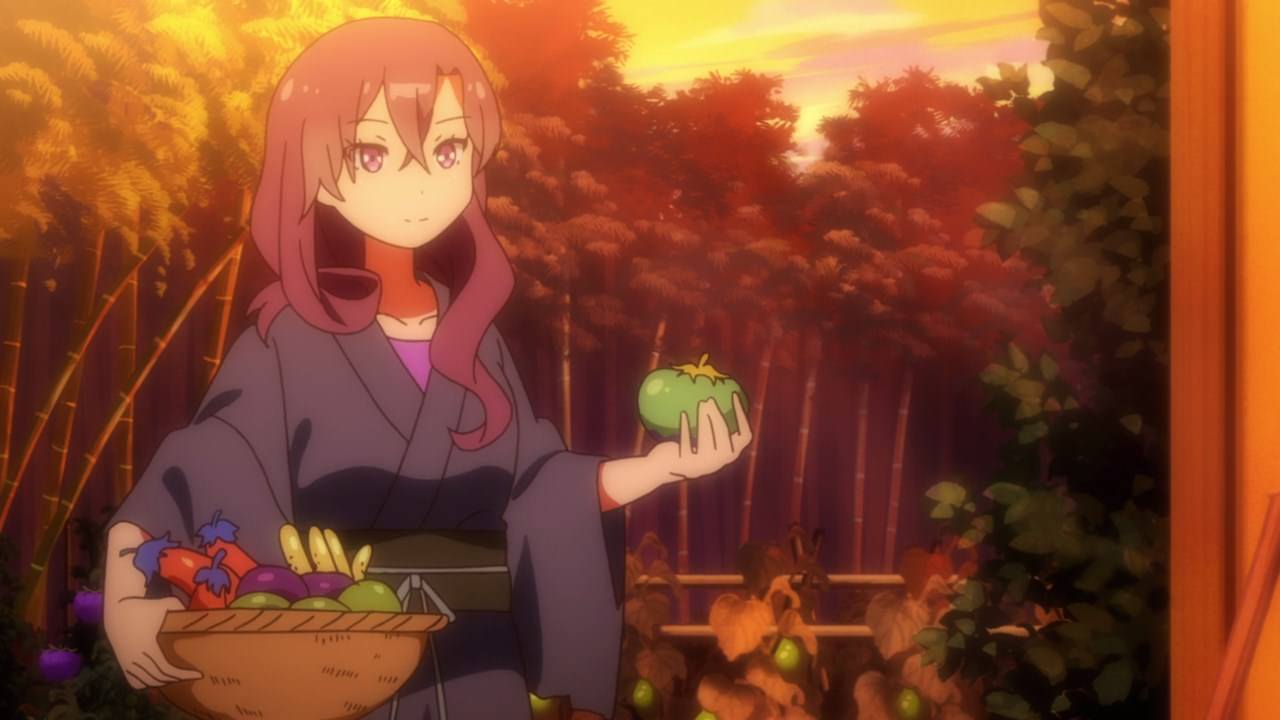 Anyways, looks like Hazuki Kagimura is relaxing at the hot springs. Of course, she wants to see and befriend that mysterious person.

However, Hazuki’s time at the hot springs is over when she encountered Yumilia Qazan.

As you can see, she wants to ask some hard questions towards Hazuki Kagimura and I have a feeling that Hazuki might not survive.

Well then, looks like there’s no other choice but to get away from Yumilia Qazan as Hazuki Kagimura tries to find her clothes, but it’s gone as someone stole it.

Still, running around in the nude is the most embarrassing thing ever!

Eventually, Hazuki Kagimura was cornered by Yumilia Qazan in which she transformed herself into a character based on myths or legends. Case in point, Yumilia becomes Shuten Douji.

On the other hand, Hazuki is trying to transform into a character from a fairy tale but she’s too scared to do so.

Well, seems that Hazuki Kagimura will get hurt and humiliated by Yumilia Qazan!

That’s until this mysterious person arrived to save Hazuki Kagimura from being punished by Yumilia. What a good timing there!

Then again, Hazuki passed out after seeing the mysterious person. Then again, I think someone should give her clothes to wear!

And that’s the end of the first episode of Märchen Mädchen as I think this show needs some explanation in future episode. I mean, Hazuki almost transformed if she didn’t pass out. In any case, let’s wait and see for next week!