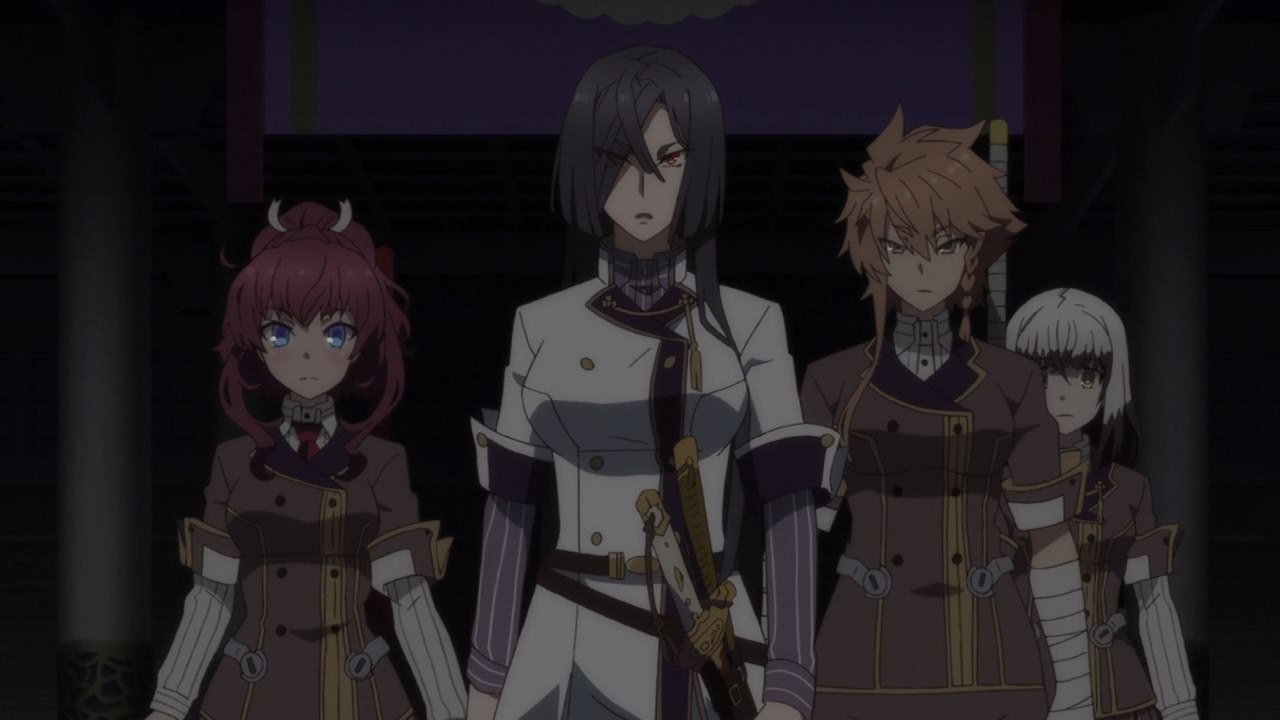 This is Yukari Origami, the legendary toji who defeated the powerful aratama in her prime. Because of her heroic effors, she’s the one who leads the Sword Administration, the five schools, and the Special Ritual Maneuver Team.

Now, Yukari-sama has ordered the elite guard to find both Kanami Etou and Hiyori Juujou… 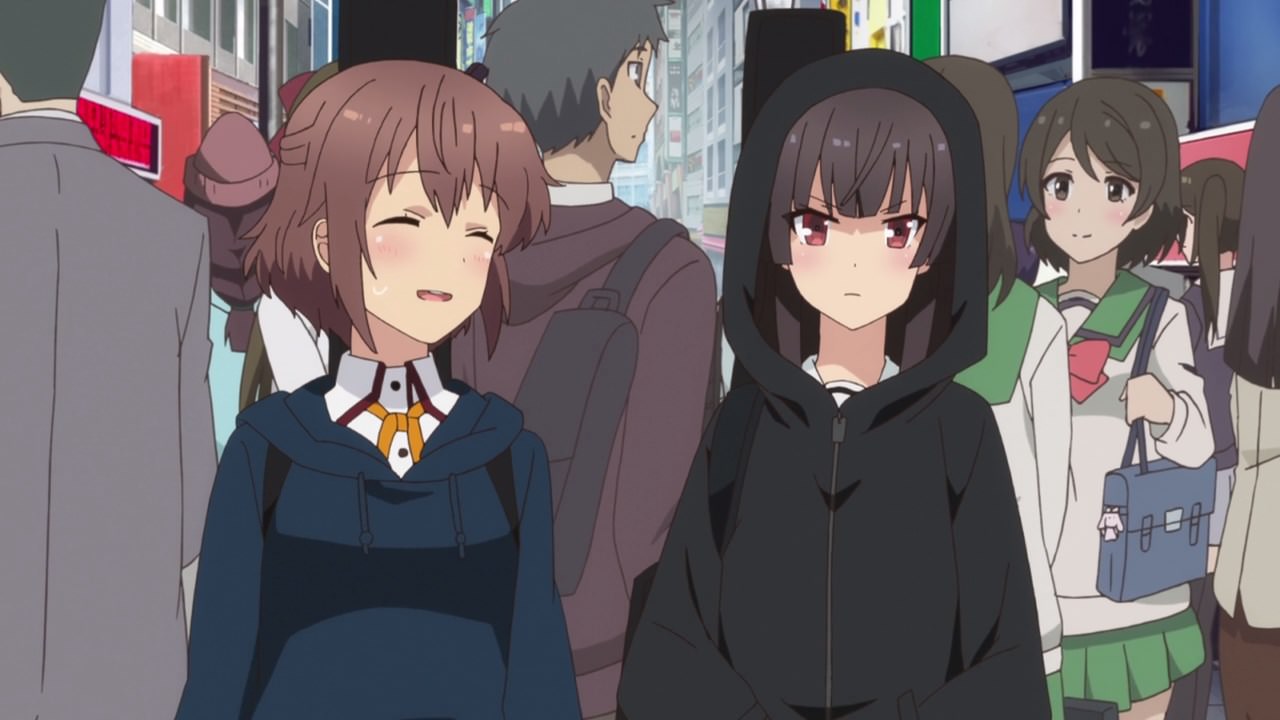 …in which these two are currently on the run as we speak. On the other hand, Kanami is getting along better with Hiyori despite acting aloof towards her.

In any case, as long as they don’t do anything that’ll attract the authorities, Kanami Etou and Hiyori Juujou are safe. 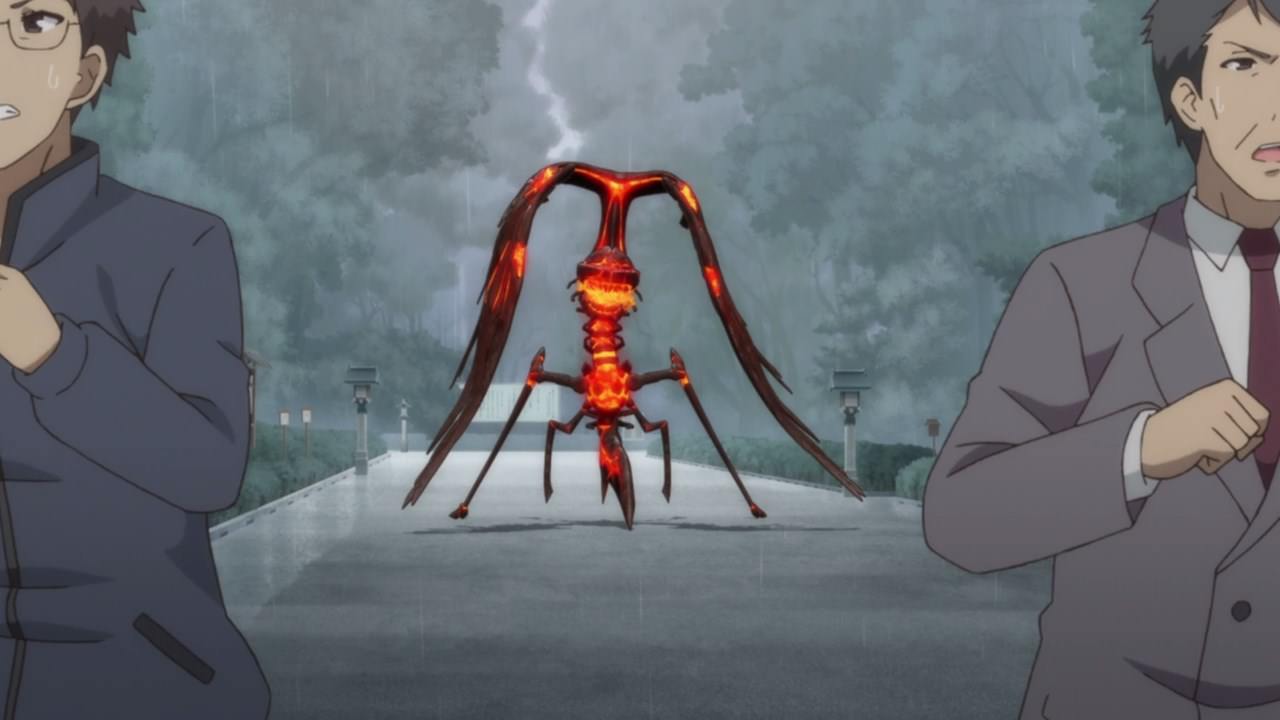 Until they encountered an aratama at a park. While Hiyori will just leave it to the Special Ritual Maneuver Team, Kanami doesn’t want to wait for someone else to stop the aratama from hurting people! 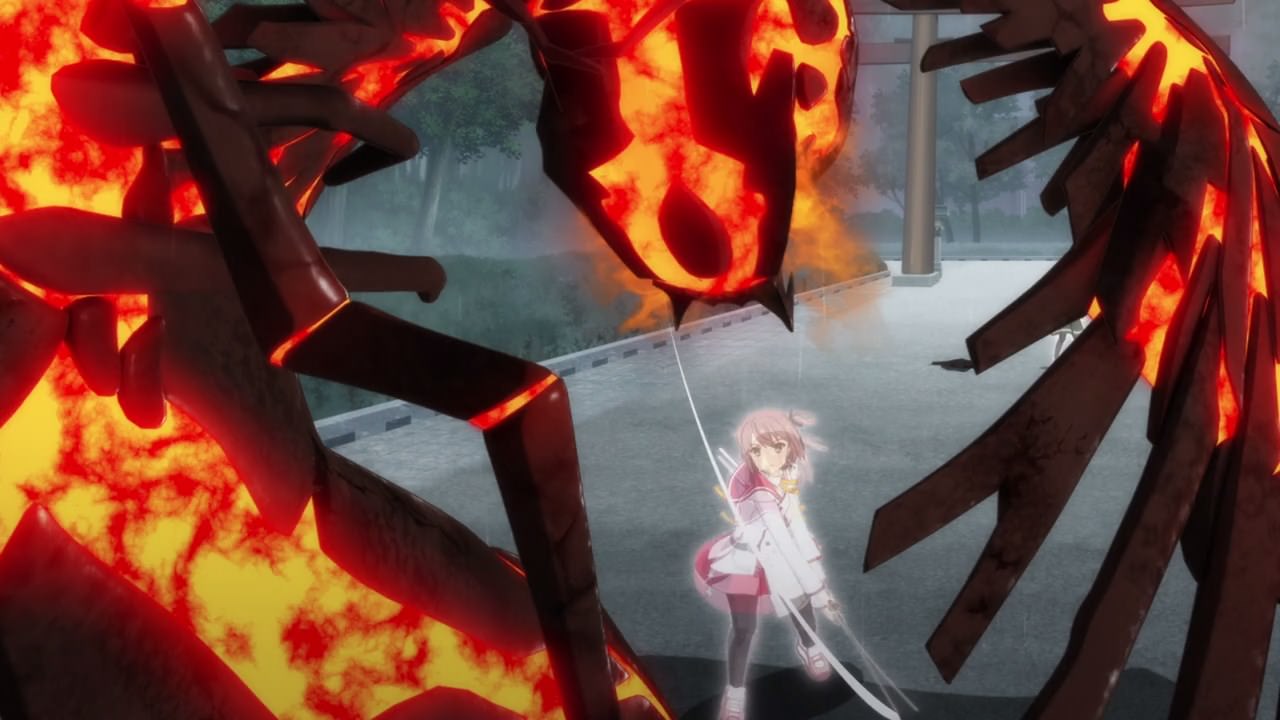 So, Kanami Etou decided to tackle this aratama head-on because leaving it behind will cause trouble in the city. 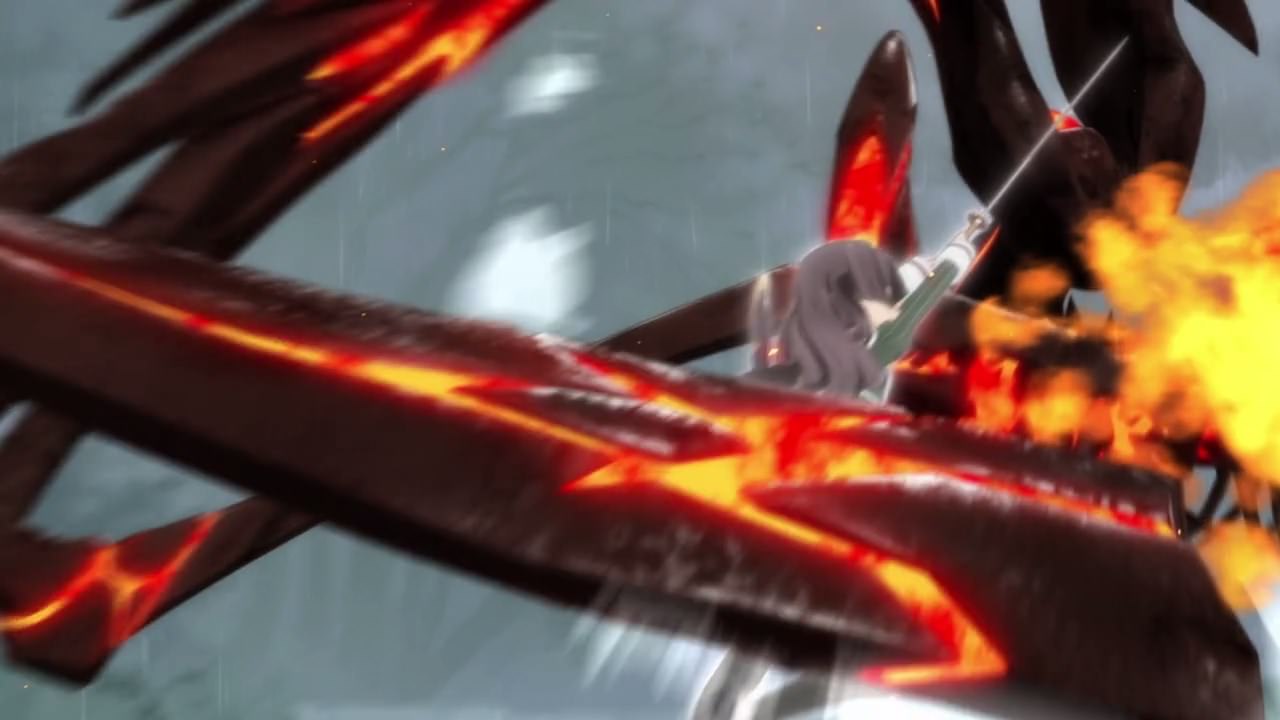 Also, Hiyori Juujou decided to join too as she helped Kanami on defeating the aratama. In any case, this aratama won’t cause any harm as it’s already dead! 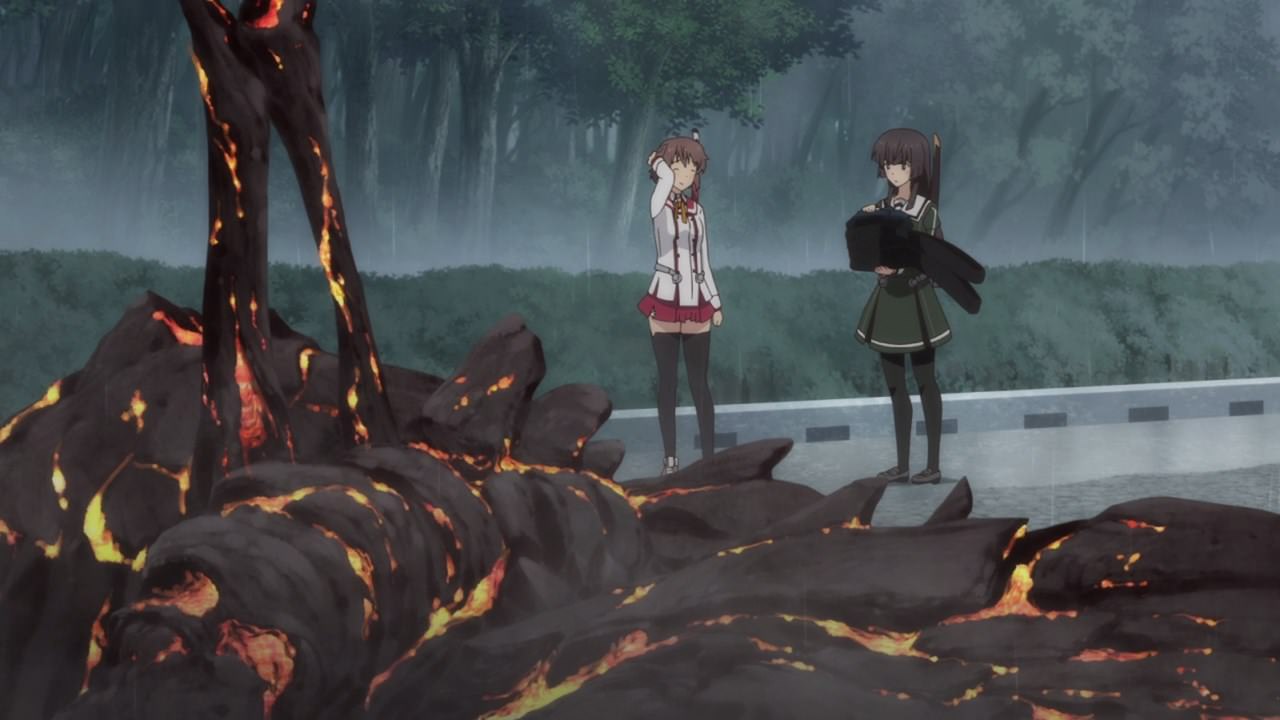 After defeating the aratama, both Kanami and Hiyori will have to get the noro from the remains of the aratama.

Unfortunately, they don’t know how to extract the noro from the remains, let alone find a container to store it. 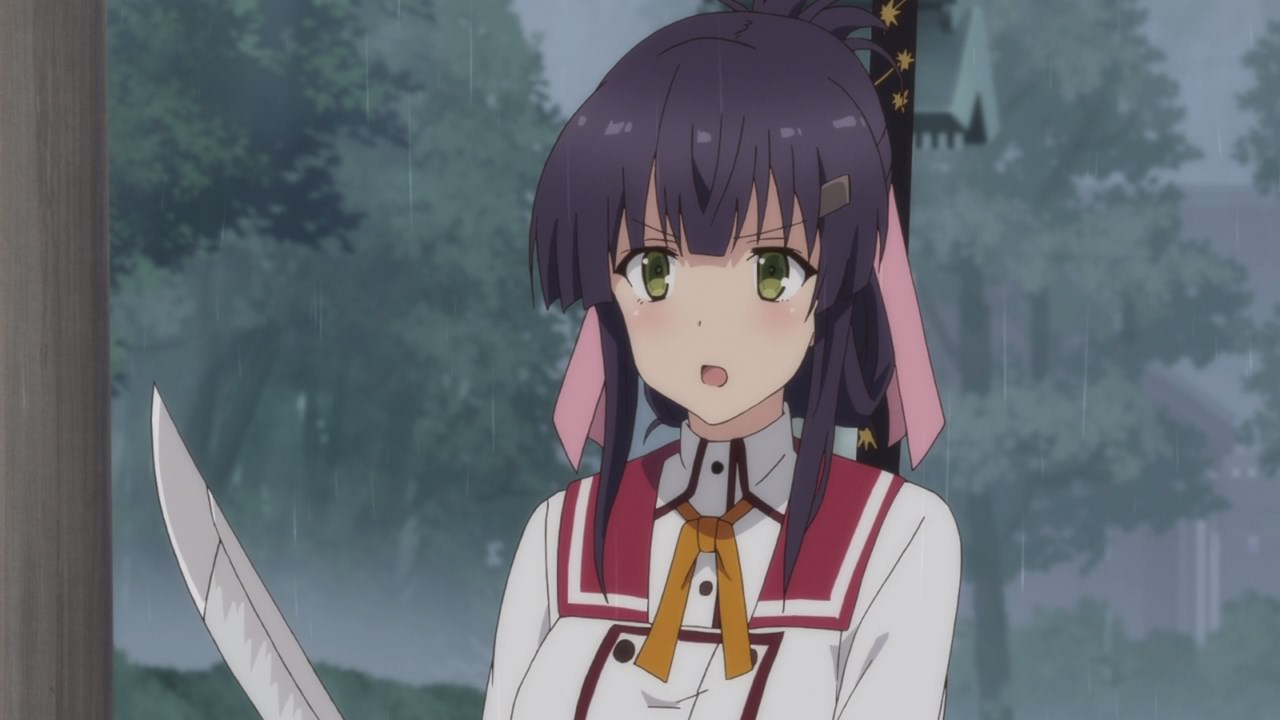 However, seems that there’s someone who will take the noro as Mai Yanase is here to pick it up.

Oh, and Mai will rescue Kanami from Hiyori because she believes that her friend got dragged in Juujou’s mess. 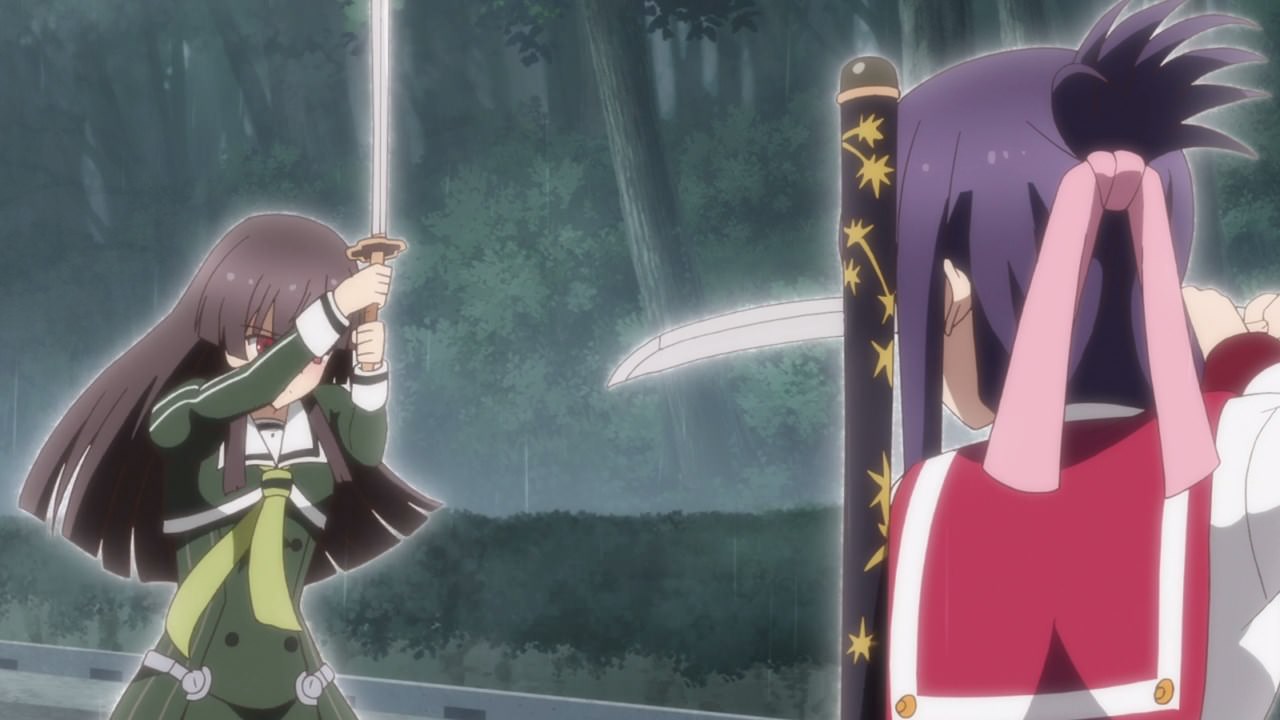 In any case, looks like Hiyori Juujou will have no choice but to fight against Kanami’s friend.

One more thing, she can now use her utsushi again after what happened in last week’s episode. Basically, Hiyori is fully-recovered! 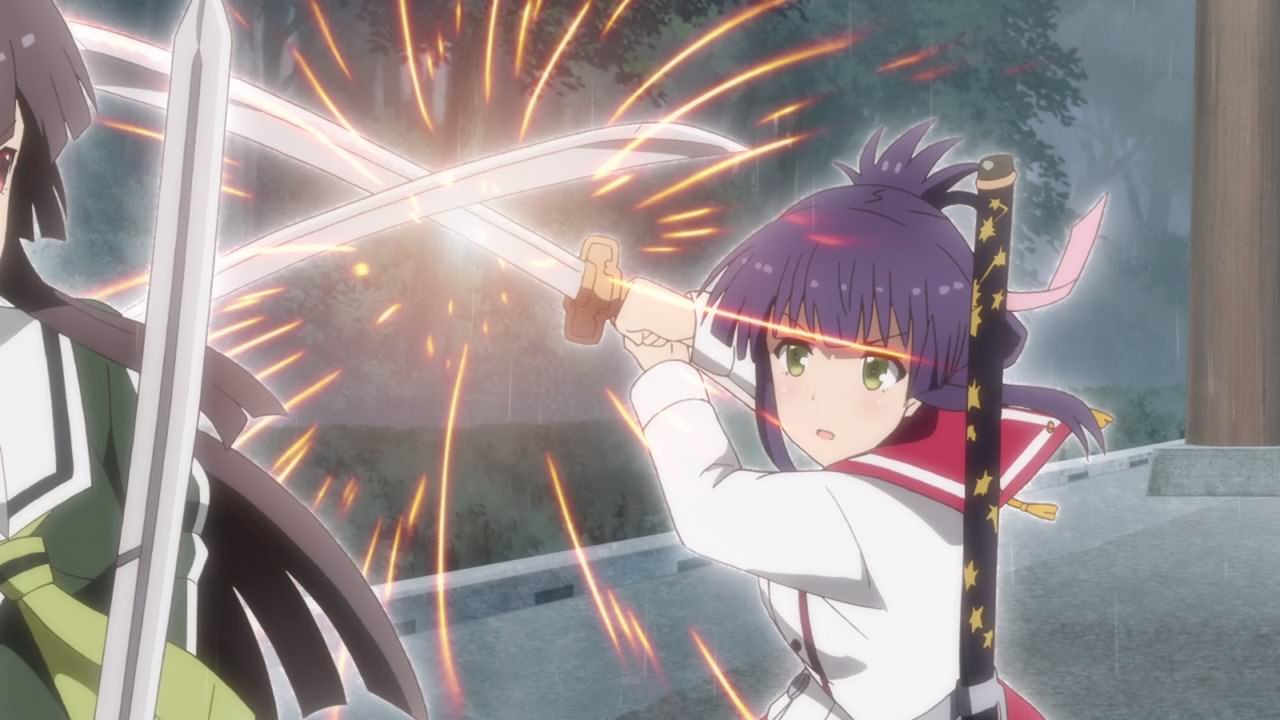 However, Kanami Etou has decided to stop the fight as she told Mai that there’s something wrong with Yukari Origami. 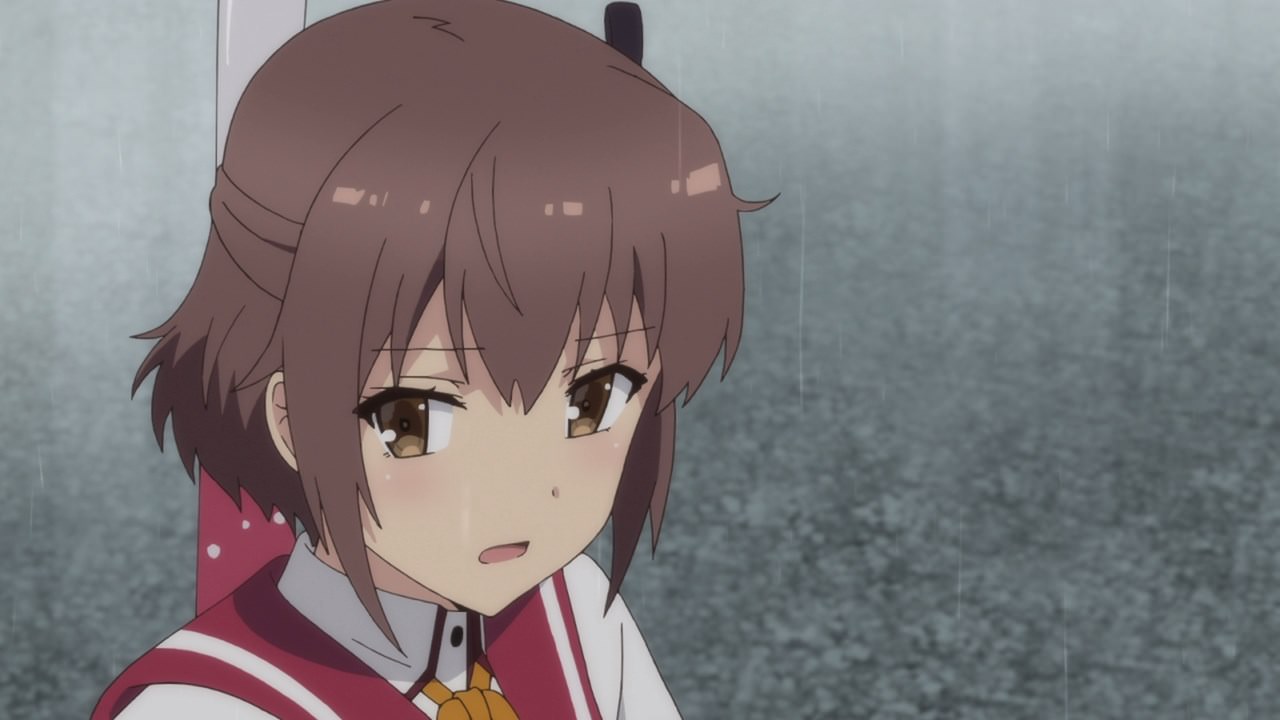 Now while Kanami thought that she was seeing things during Hiyori’s assassination attempt on Yukari-sama, Kanami saw something behind her back. 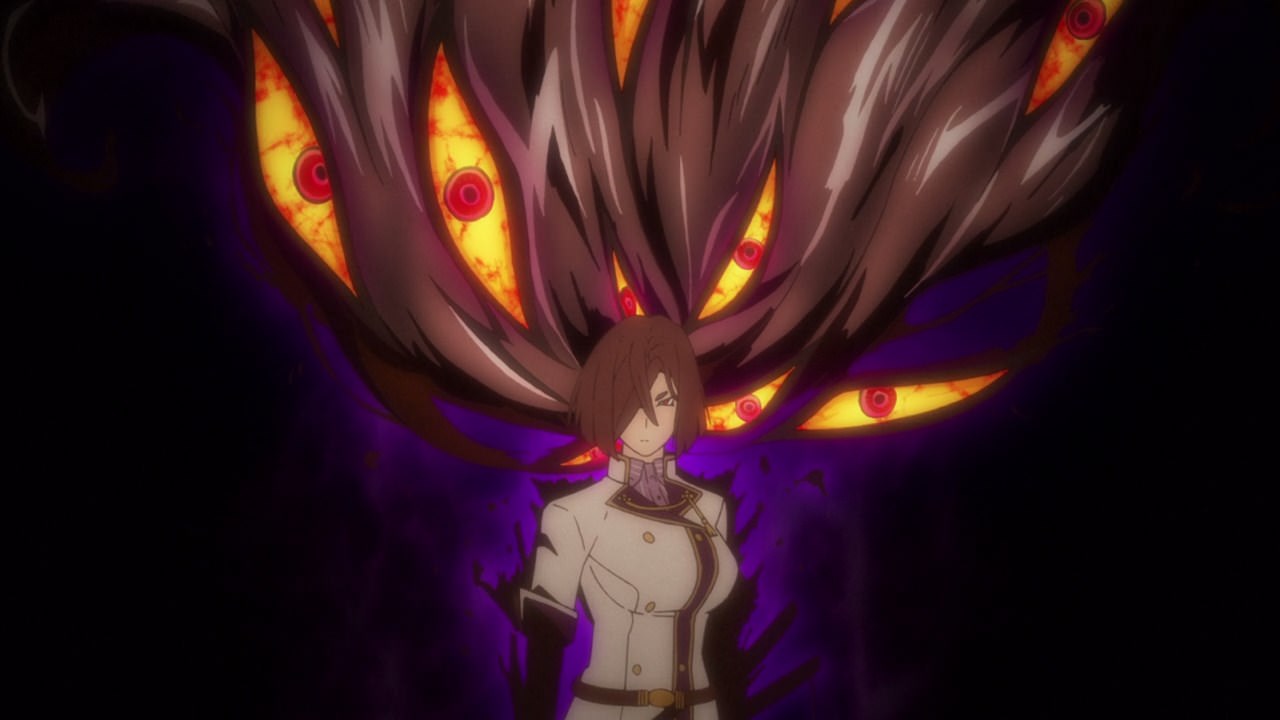 Turns out that the head of the Origami household is being controlled by the great aratama.

Wow, we got ourselves a plot development that we don’t need to wait for the halfway point to reveal it! Then again, I’m not sure if this revelation is a good thing or a bad thing as while it advances the story, the characters aren’t surprised by it in my opinion. Not overly-surprised by the way.

Anyways, I’ll see you next time as both Kanami and Hiyori are still on the run…

1 Response to Toji no Miko Episode #02