So after what happened from last week’s episode, Yuzu Aihara is acting dazed and confused right when she got kissed by her step-sister Mei.

Yeah, she needs a lot of adjustment since her sister came from a rich family!

But speaking of Mei, seems that she wants to get really closer to Yuzu as both of them are bathing. Isn’t this scene make you turn on?

In any case, Yuzu pushed Mei away as she’s not mentally-prepared for it. I mean, that damn kiss got her anxious. 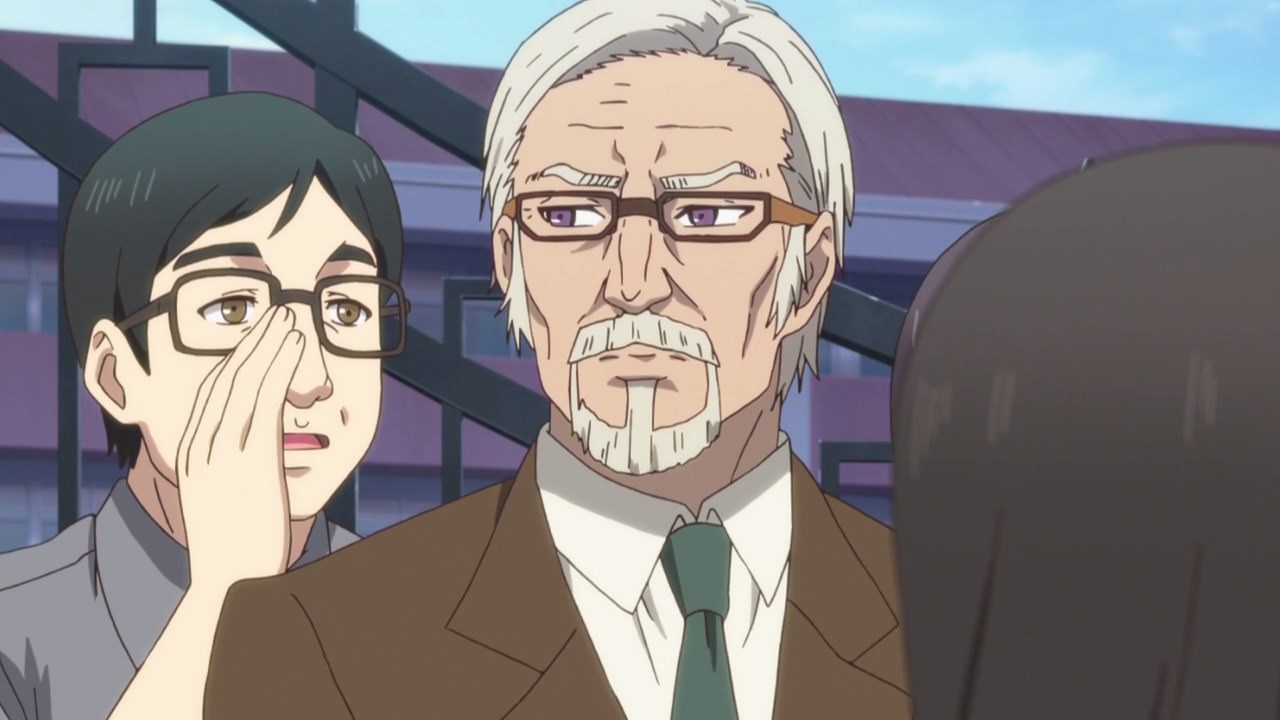 Meanwhile, here’s Yuzu’s step-grandfather who is actually the chairman of the all-girls school that she’s currently attending to.

Of course, being that he’s the chairman means that he wants students to act decently. 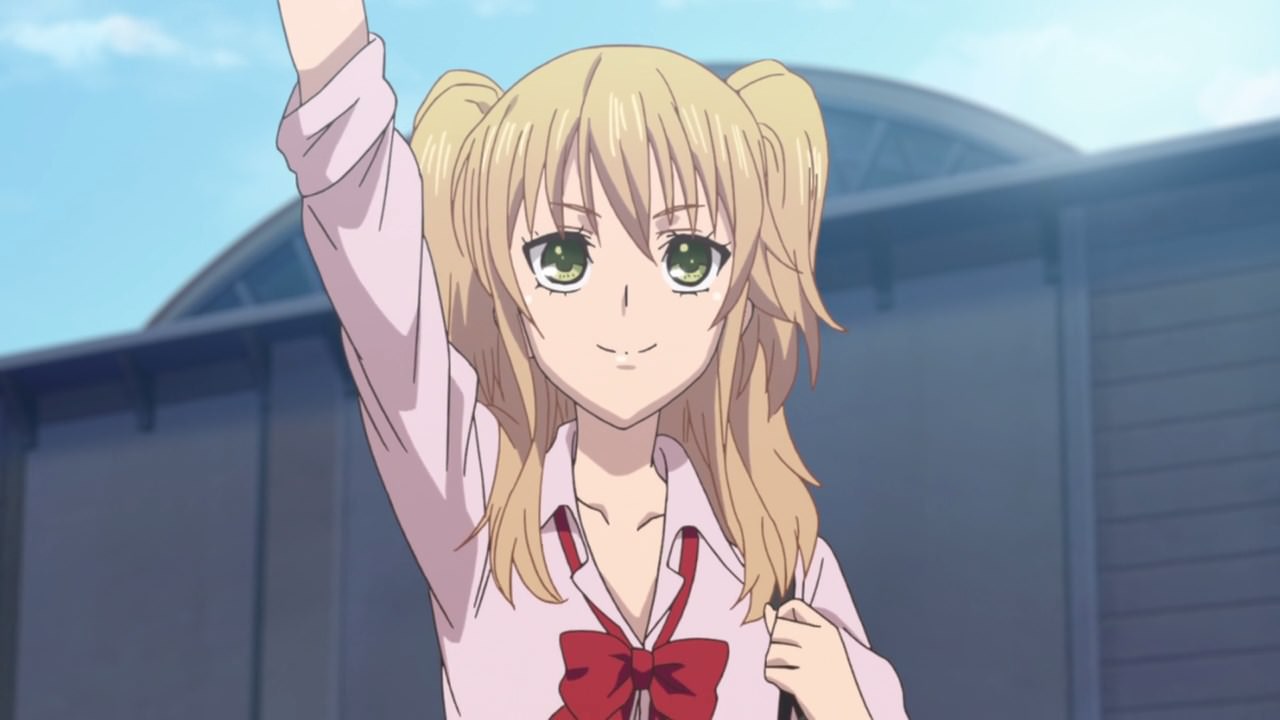 So when Yuzu tries to say hi to her new grandfather, let’s just say that it’s not looking well for her… 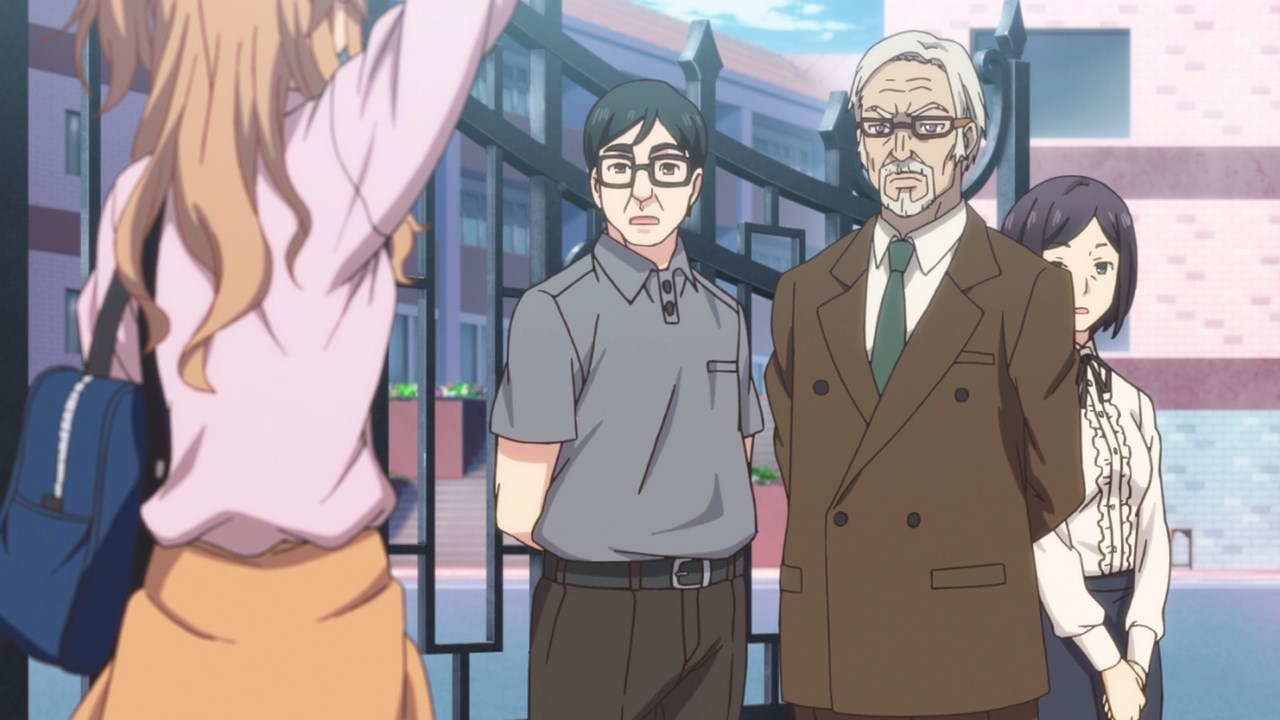 …as Chairman Aihara told Yuzu to get out of his school because of her appearance. Seriously Yuzu, even though you’re a self-proclaimed gyaru, I think you should wear the school uniform properly. 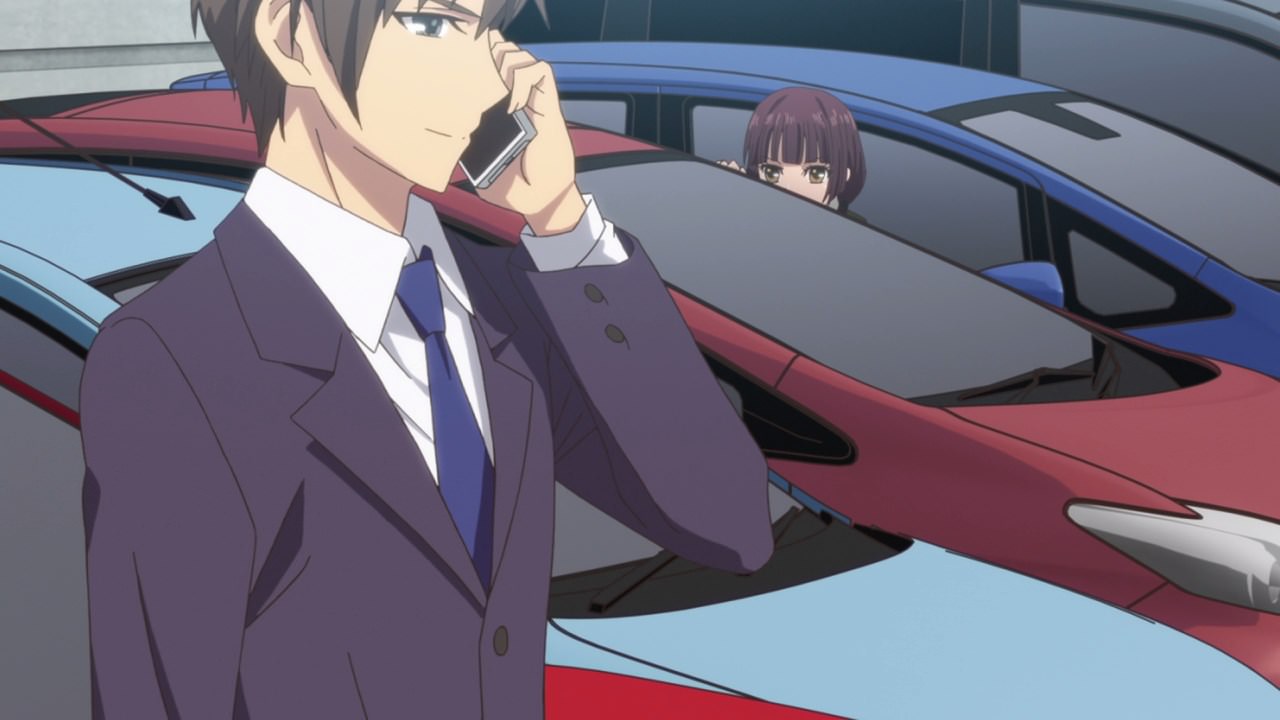 Luckily for Yuzu, Harumi Taniguchi found a way to get inside the school and once they got in, both girls encountered Amamiya-sensei where he’s talking to someone else, probably his lover.

Oh yeah, turns out that Amamiya is engaged to Mei Aihara, but I feel that he’s using it to move up the ladder and might own the entire all-girls’ academy. 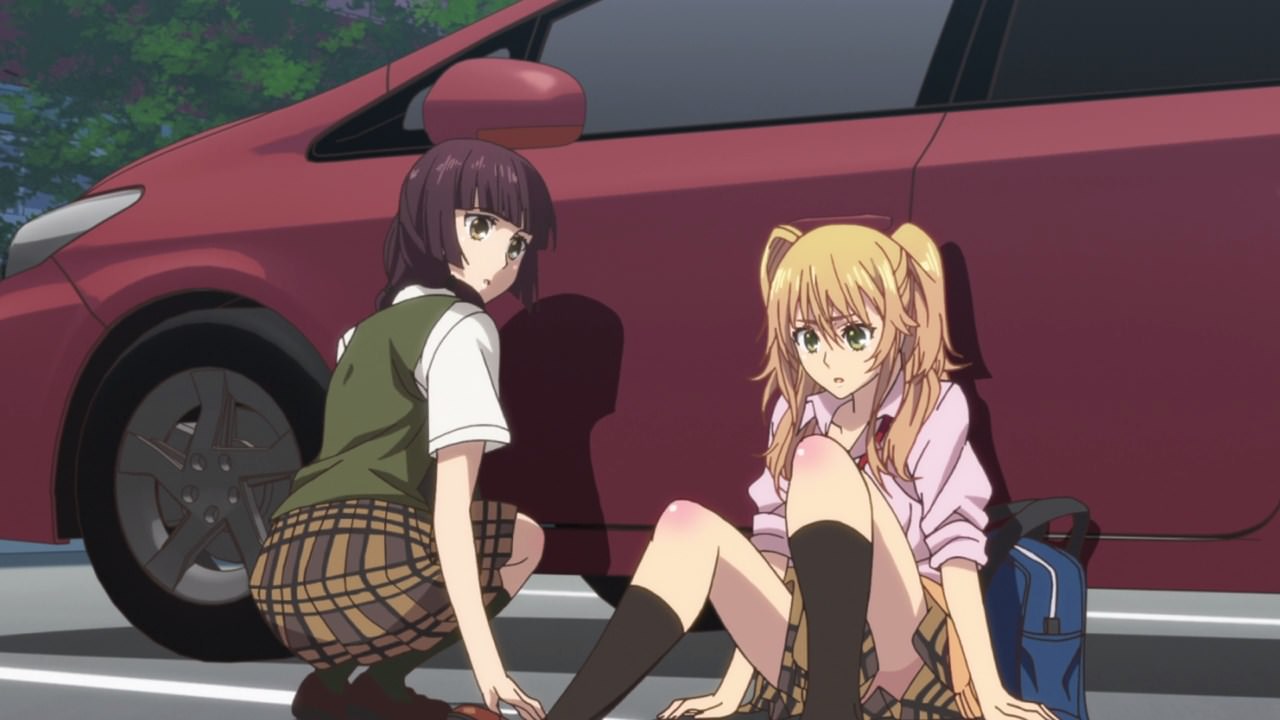 In any case, Yuzu is angry that an asshole like Amamiya-sensei is taking advantage of being the fiance to Mei, just to get more power and money to himself.

And as an older sister, Yuzu won’t forgive him very much! Then again, no one’s gonna believe her due to her gyaru appearance. 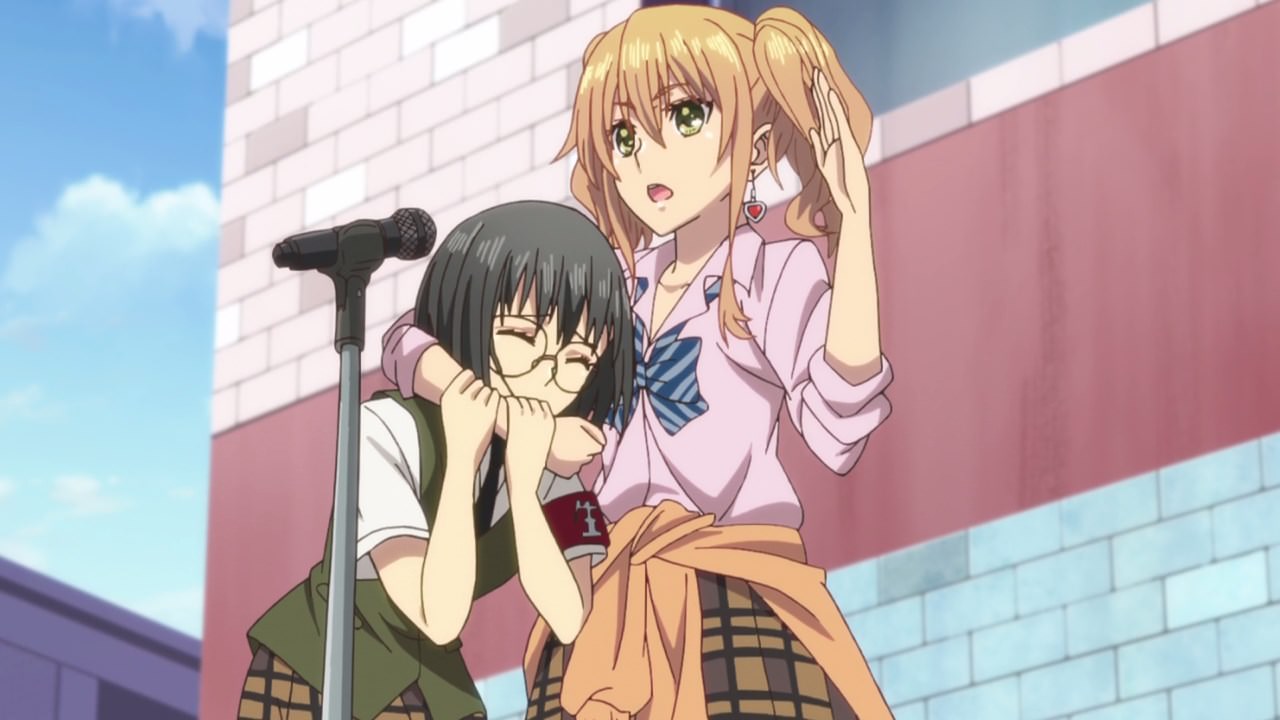 Despite her appearance and off-putting attitude, Yuzu Aihara delivered a speech during the morning assembly, telling everyone that Amamiya-sensei is making out with Mei.

Of course, no one’s gonna believe at her because she’s different from the rest of the girls who are refined young ladies. 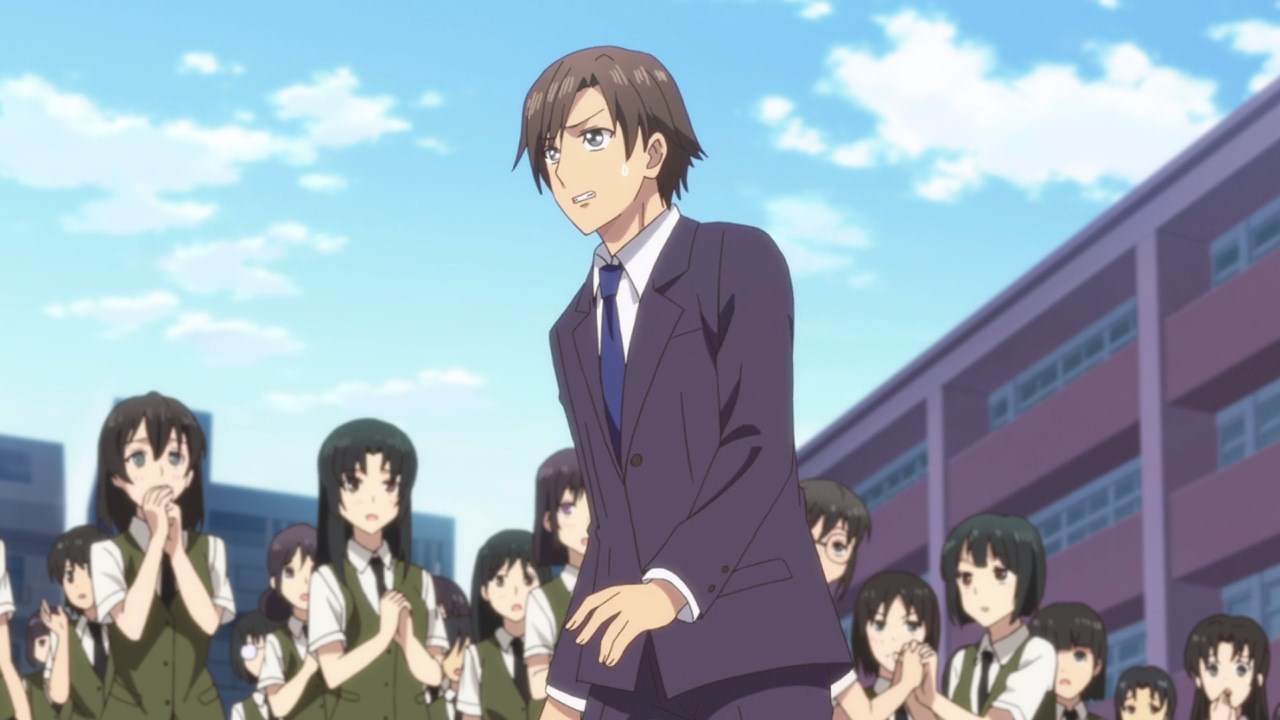 However, Yuzu’s speech has made Amamiya-sensei panicked a lot that he told Yuzu to stop. Fortunately, Yuzu Aihara got suspended because of her intrusion during the morning assembly.

As for Amamiya, he left the school afterwards. I guess that his intimate relationship with Mei Aihara has put a black eye on his teaching career. Serves him right for taking advantage of her for personal gains! 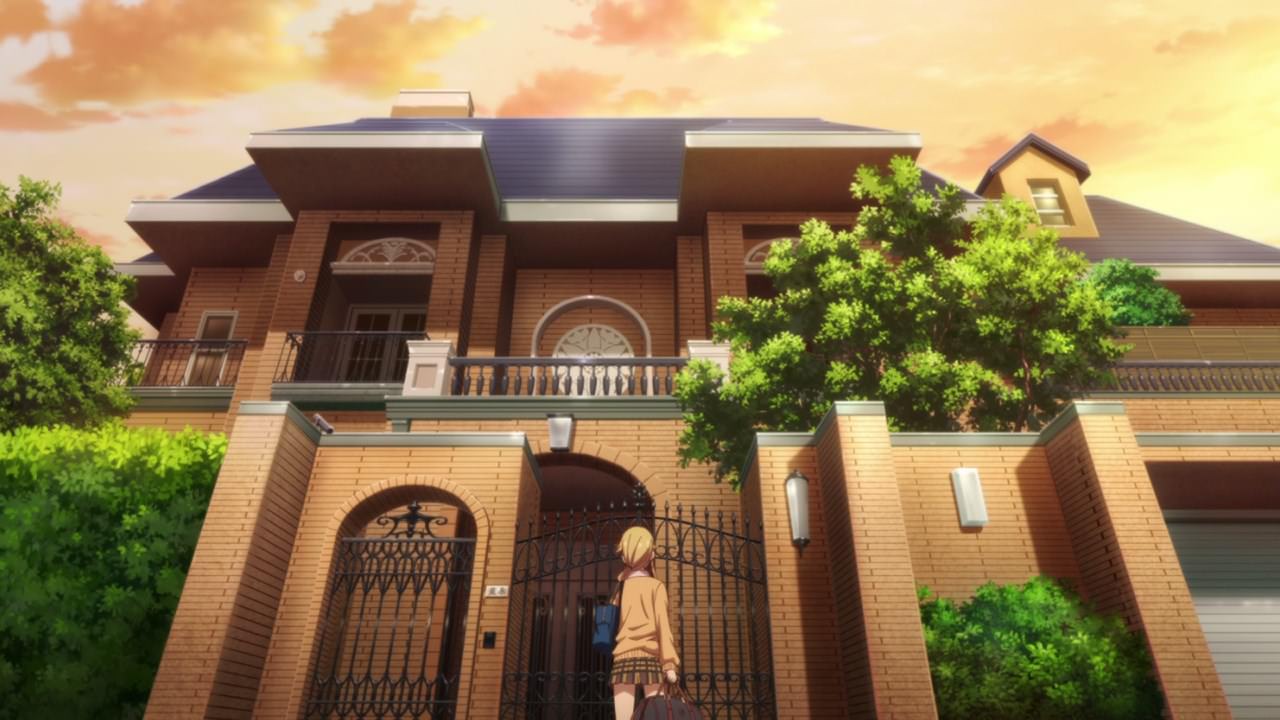 Now let’s move onto the next scene as Yuzu found out that Mei moved to this fancy mansion owned by her grandfather.

Seems that Chairman Aihara could not accept such indecent acts committed from Mei’s fiance. 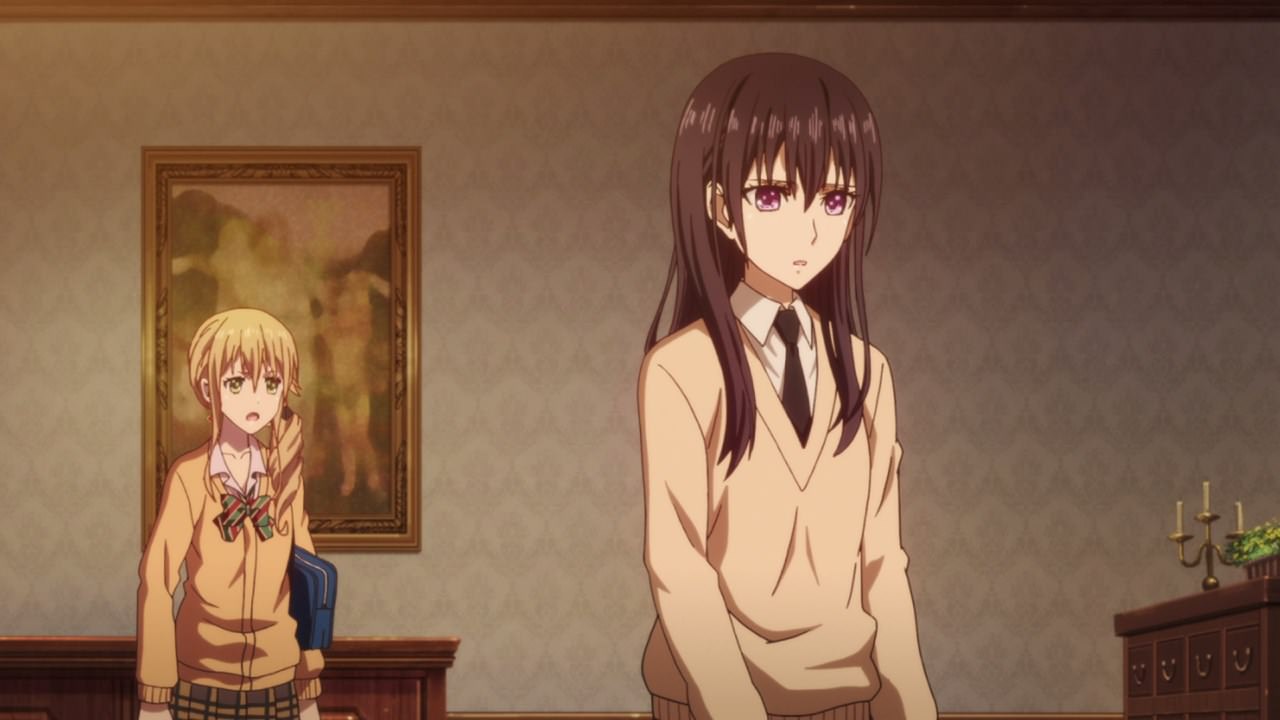 Anyways, Yuzu wants to have a conversation with Mei as she wants to talk about important things, like how Mei is getting intimate towards Yuzu as well as Mei’s father not returning to Japan despite marrying Yuzu’s mother.

But seriously, where the hell is Mei’s father as she missed him so much?

Unfortunately, things took a turn for the worse where Mei pushed Yuzu down and tries to rape her. Not appetizing if you ask me!

Also, seems that Mei Aihara is crying as she felt lonely, especially when her father is away from home. So even though she has Yuzu and her mother, Mei is pretty sad that she wants someone to lean on. Let’s not consider Amamiya-sensei as her emotional support because he’s a jerkass.

In any case, seems that Yuzu will have to leave her alone. It’s no wonder why Mei’s grandfather tried to separate his granddaughter from an imbecile like Yuzu.

Unfortunately for Yuzu, she should have left the mansion earlier as someone opened the door…

And it turns out that Chairman Aihara saw that indecent act. Then again, it was Mei who started it and not Yuzu.

Because of this incident, the chairman decides to expel Yuzu indefinitely. No buts nor ifs for Yuzu as she’s outta here, which is a shame as she wants to get closer to her new family but Yuzu’s appearance and attitude has put everyone off, including her strict step-grandfather.

Well, that’s about it for this episode but there’s more to come next week as Yuzu wants to find out why Mei acted strangely towards her.