Darling in the FranXX Episode #01

Here’s something special as A-1 Pictures and Studio Trigger have joined forces to create a new mecha series where our male protagonist Code:016 “Hiro” met a girl with horns.

This girl is named Code:002 or Zero-Two as everyone called her. Anyways, Zero-Two is a half-human/half-klaxosaur hybrid who is notorious for having her partner being killed off in battle. Hence, she’s called as “The Partner Killer”.

Speaking of Hiro, he was supposed to pilot one of the mechas called FranXX. Unfortunately for him, Hiro lost his partner and he’s basically useless, therefore he decided to leave the fort city of Mistilteinn. 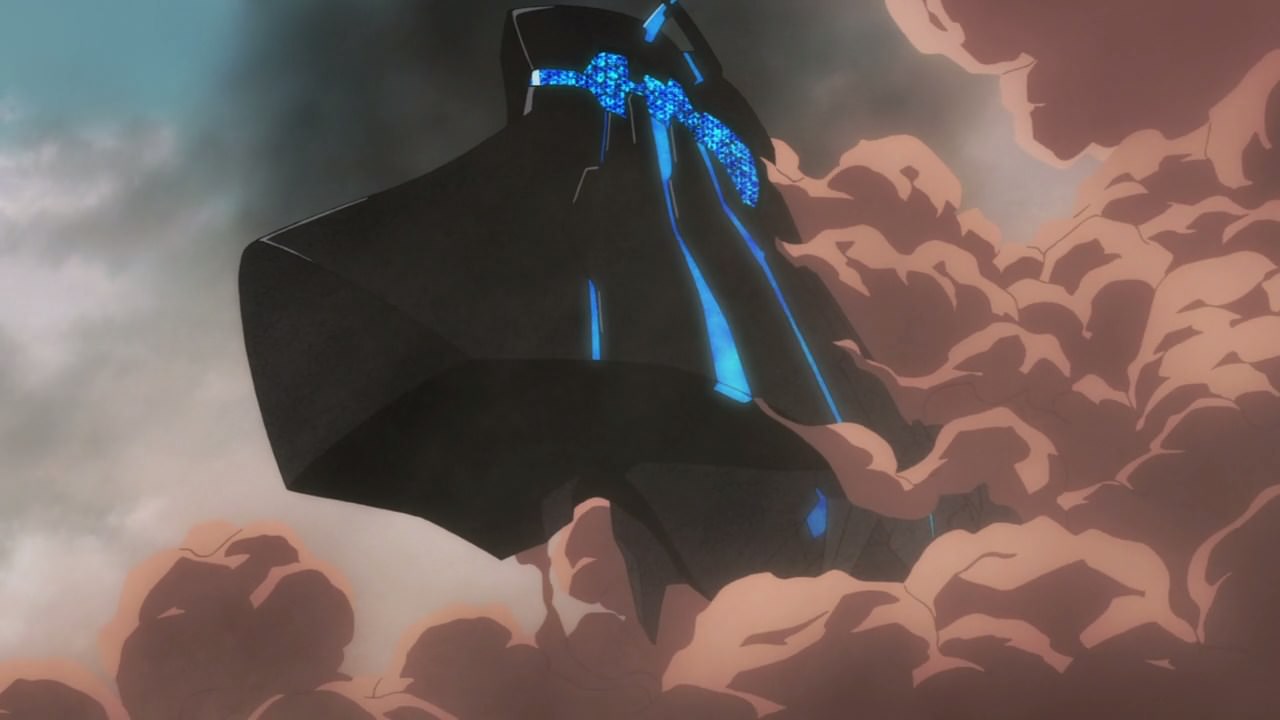 However, his trip was cut short when a klaxosaur attacked the fort city without warning.

While the city’s defenses can hold out this onslaught of a beast, a FranXX is needed to kill the klaxosaur.

Fortunately, one FranXX has arrived to kill this klaxosaur. This is Strelizia, an animal-type FranXX who is piloted by the infamous “Partner Killer” Zero-Two. 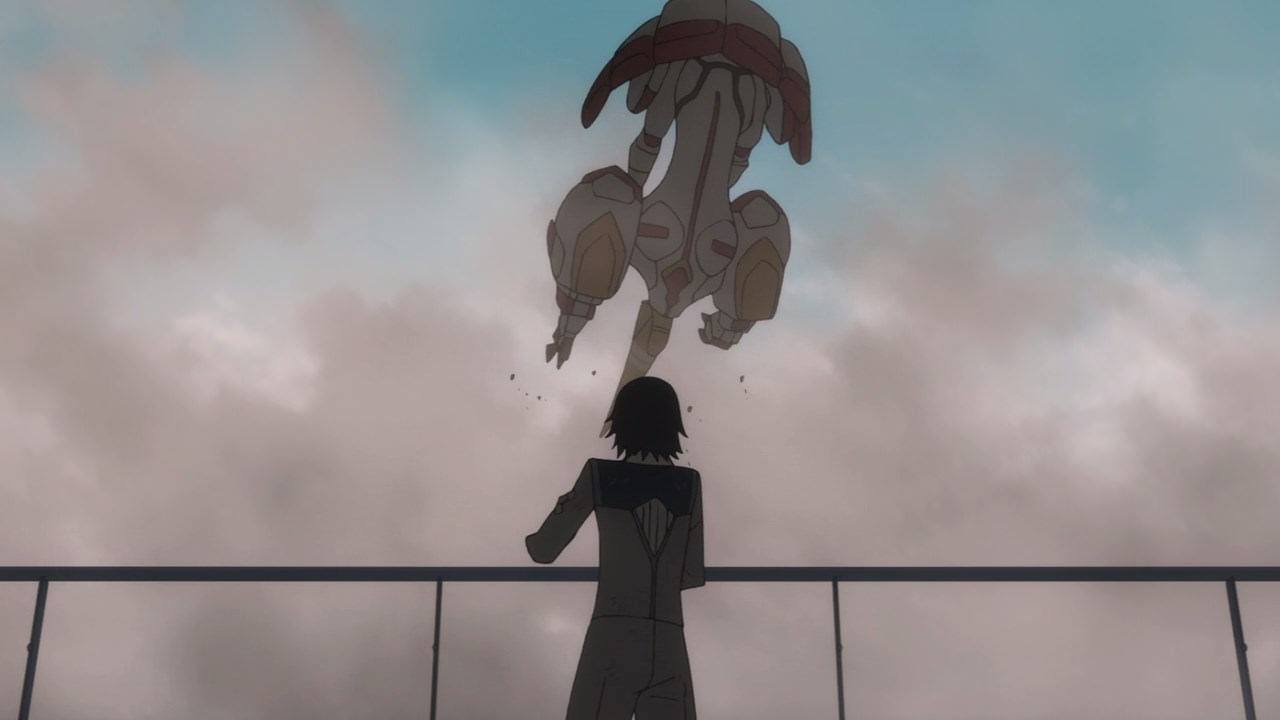 Unfortunately, Strelizia’s power is not enough to defeat the klaxosaur as it flung away towards Hiro… 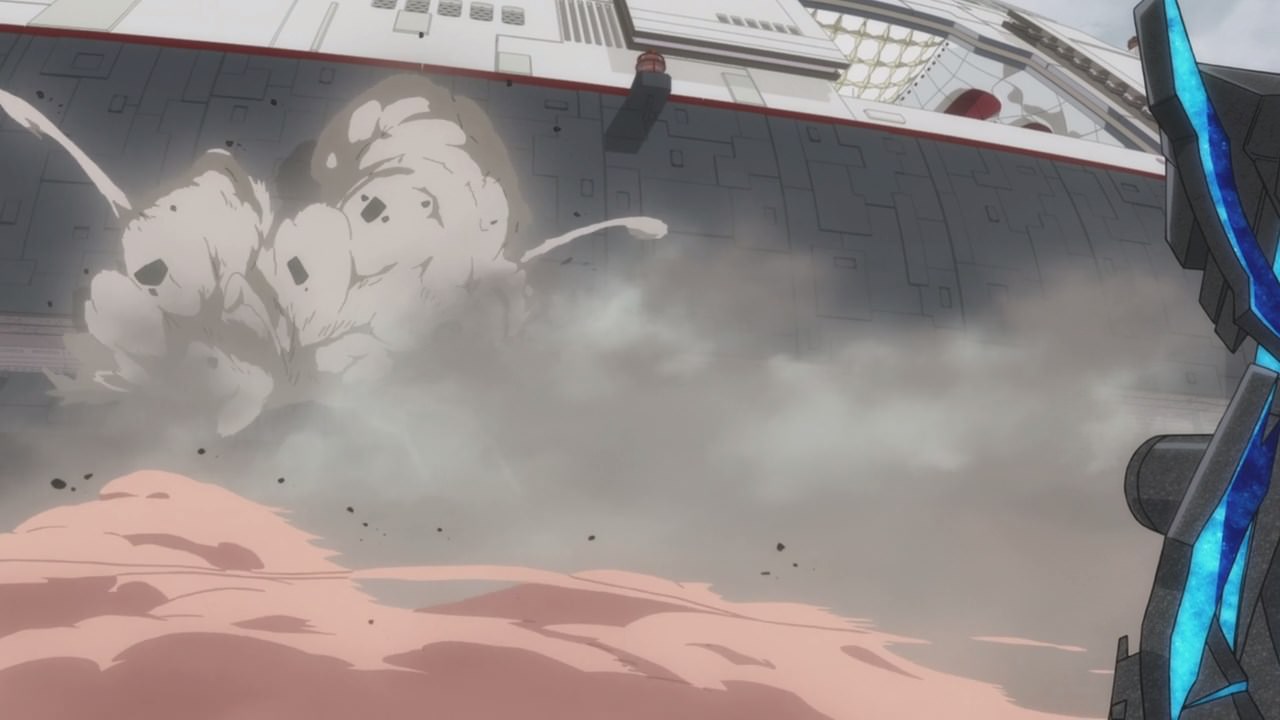 …and to the fort city where Mistilteinn suffered damage. Oh yeah, the fort city has FranXX that are operational, but the pilots (or parasites) are not yet ready to sortie. 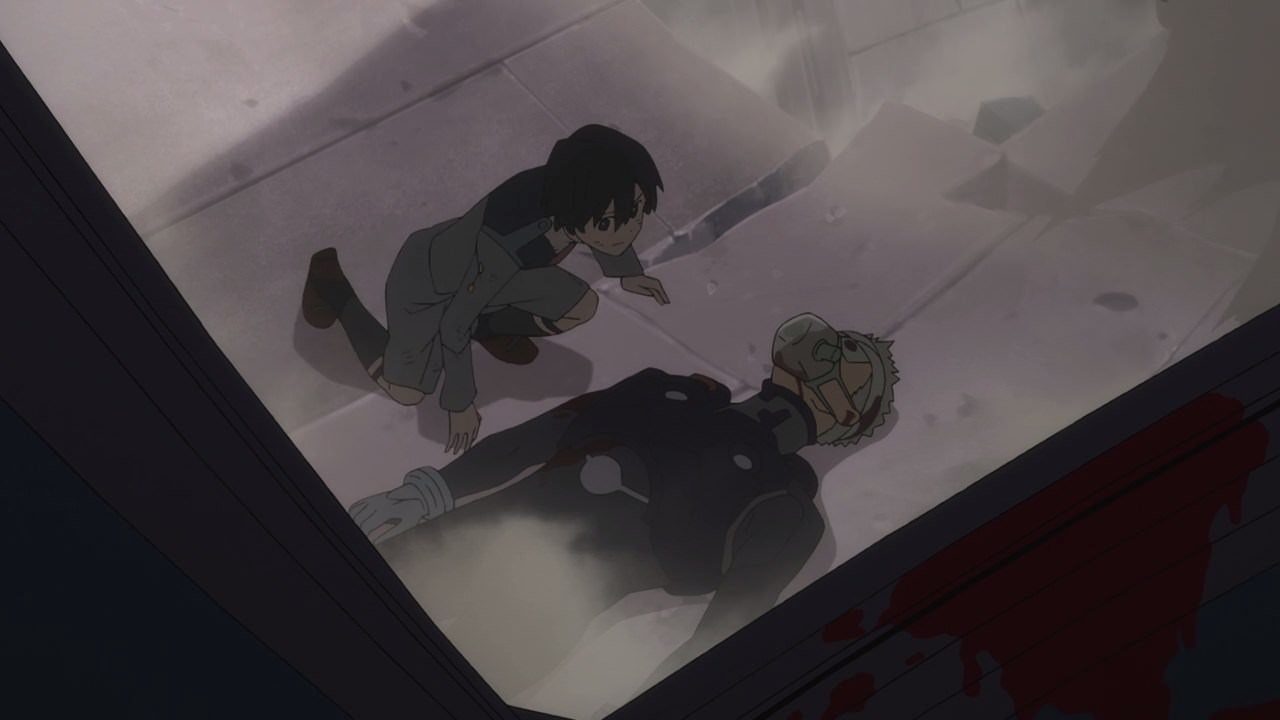 Meanwhile, Hiro is okay as he found an injured FranXX pilot, which is basically Zero-Two’s pilot.

Sadly for this guy, he’s beyond recovery as the FranXX pilot suffered near-fatal injuries. 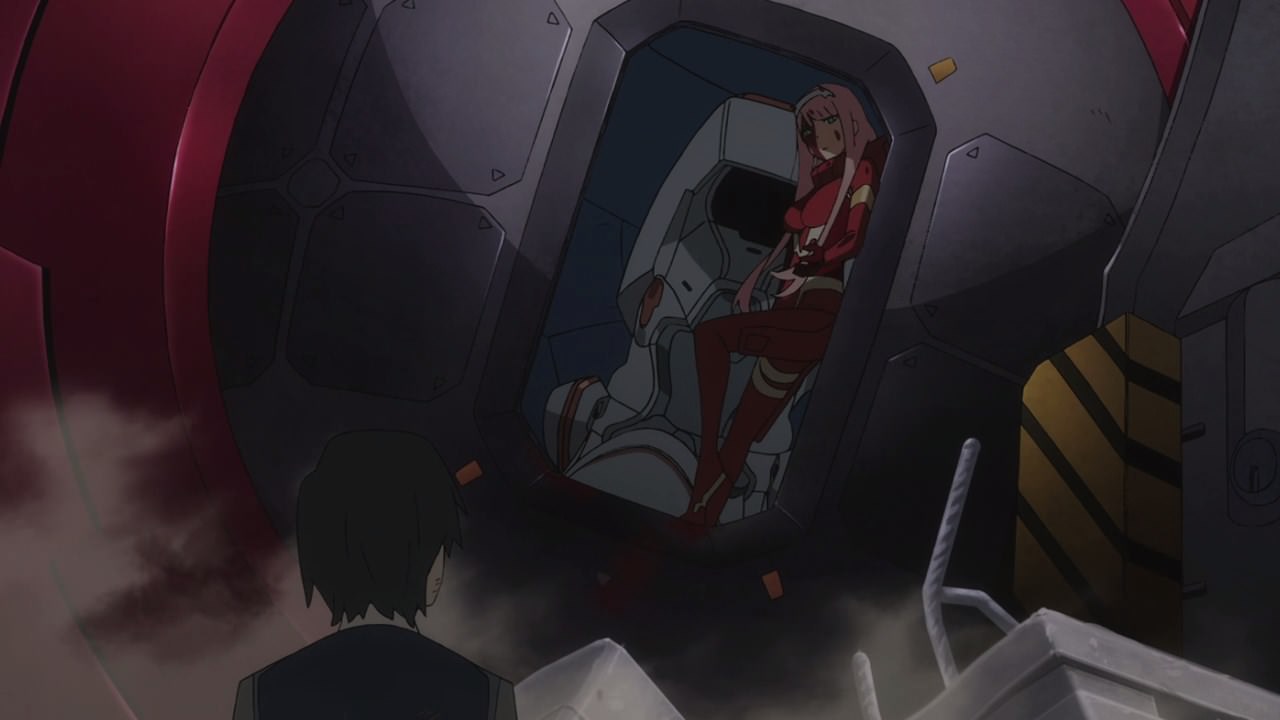 And here’s Zero-Two as she’s gonna pilot the FranXX by herself, knowing that she might get killed in the process without her partner.

Fortunately, Hiro stepped in to become Zero-Two’s partner despite the stigma surrounding her reputations for discarding partners who are closer to death. And besides, Hiro’s original partner is already gone so it’s his only chance for redemption. 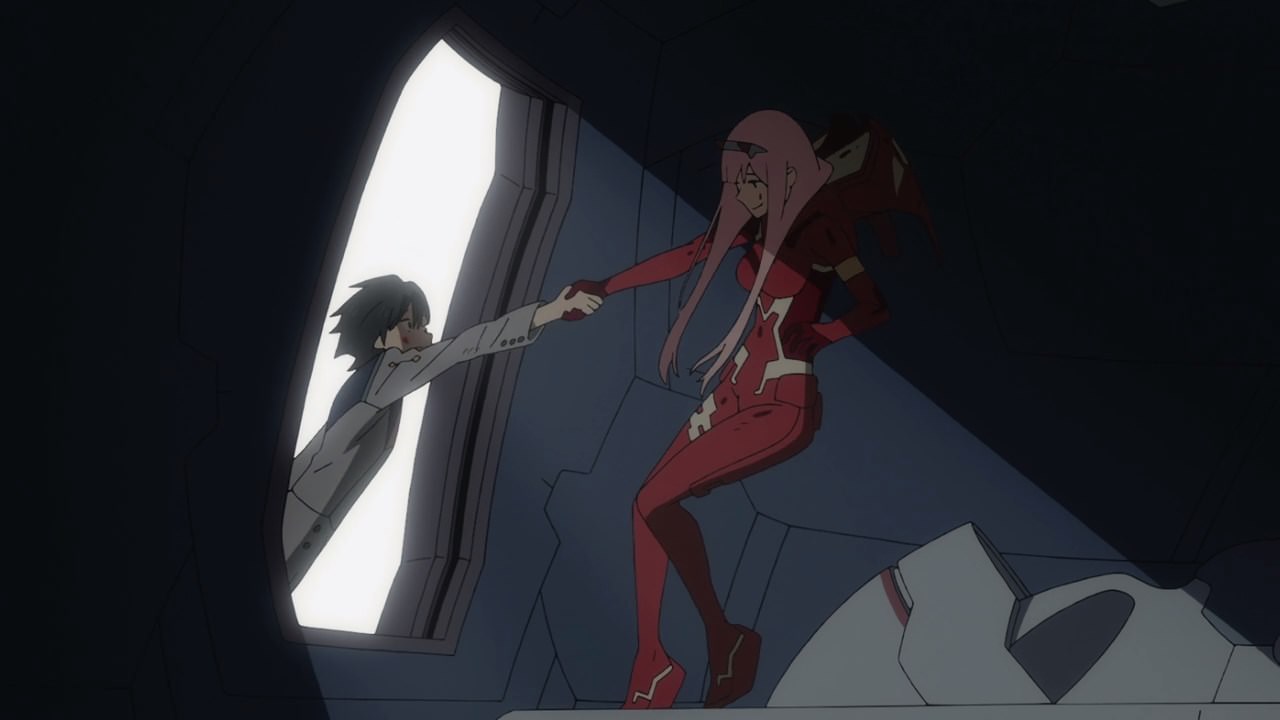 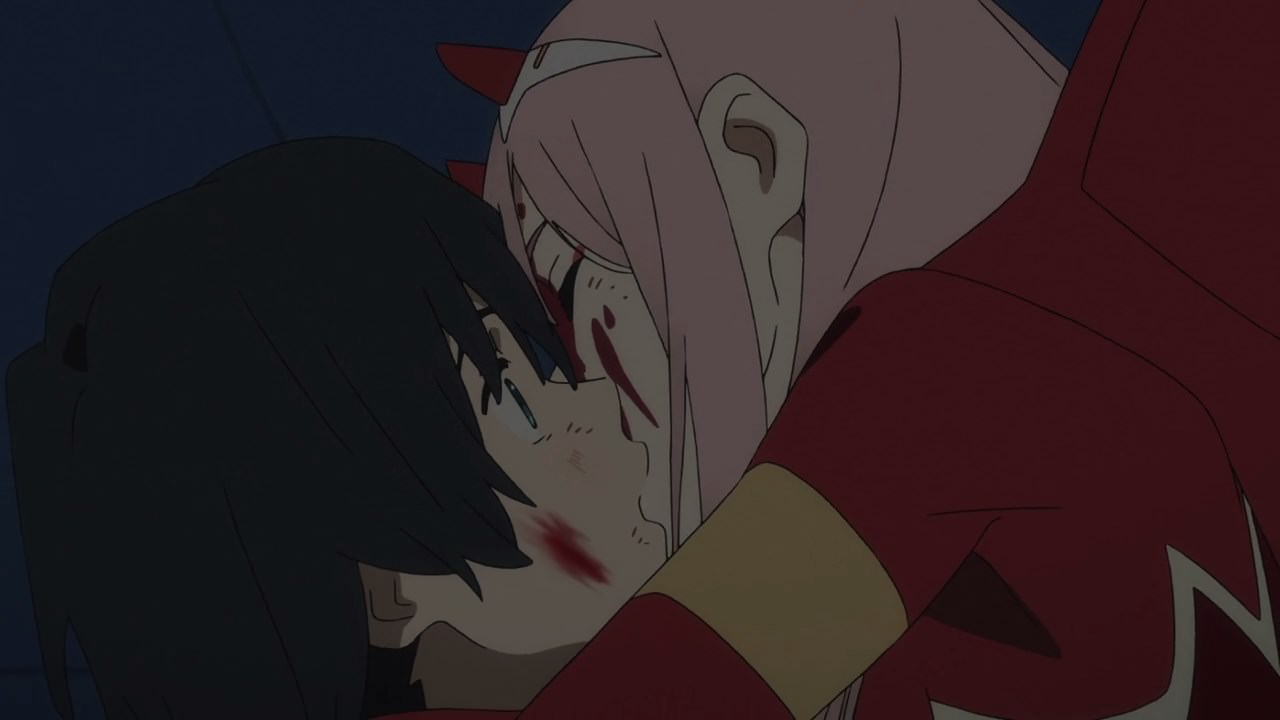 With that said, Zero-Two dragged Hiro into the cockpit and kissed him. Well, seems that Hiro’s kiss was stolen by the Partner Killer herself. 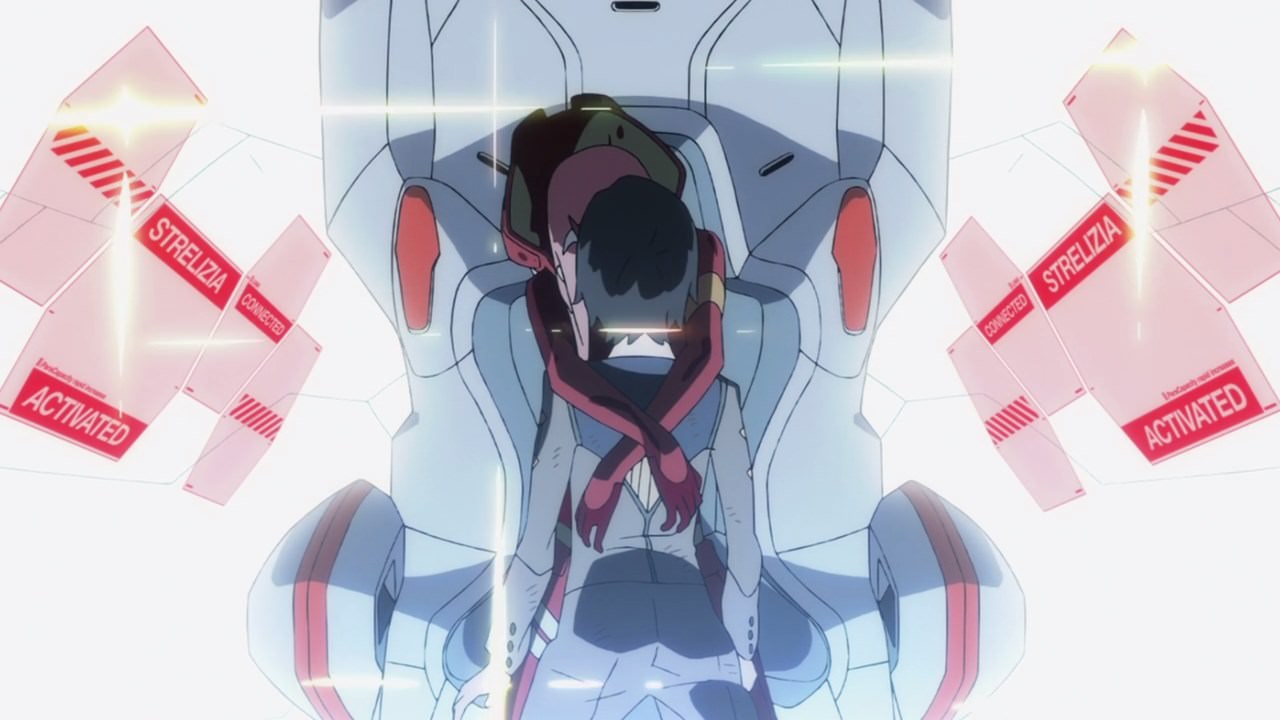 And suddenly, Strelizia’s cockpit is getting a reaction to that kiss. I wonder if there’s some transformation going on with Zero Two’s FranXX? 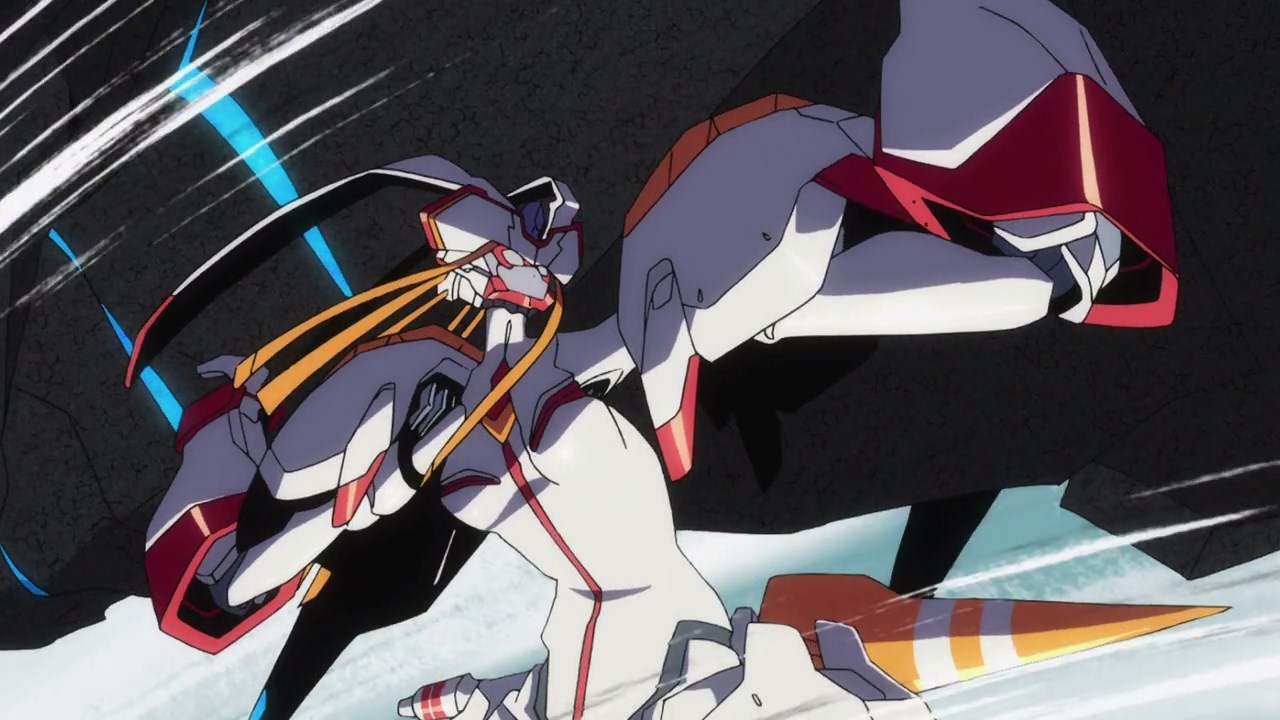 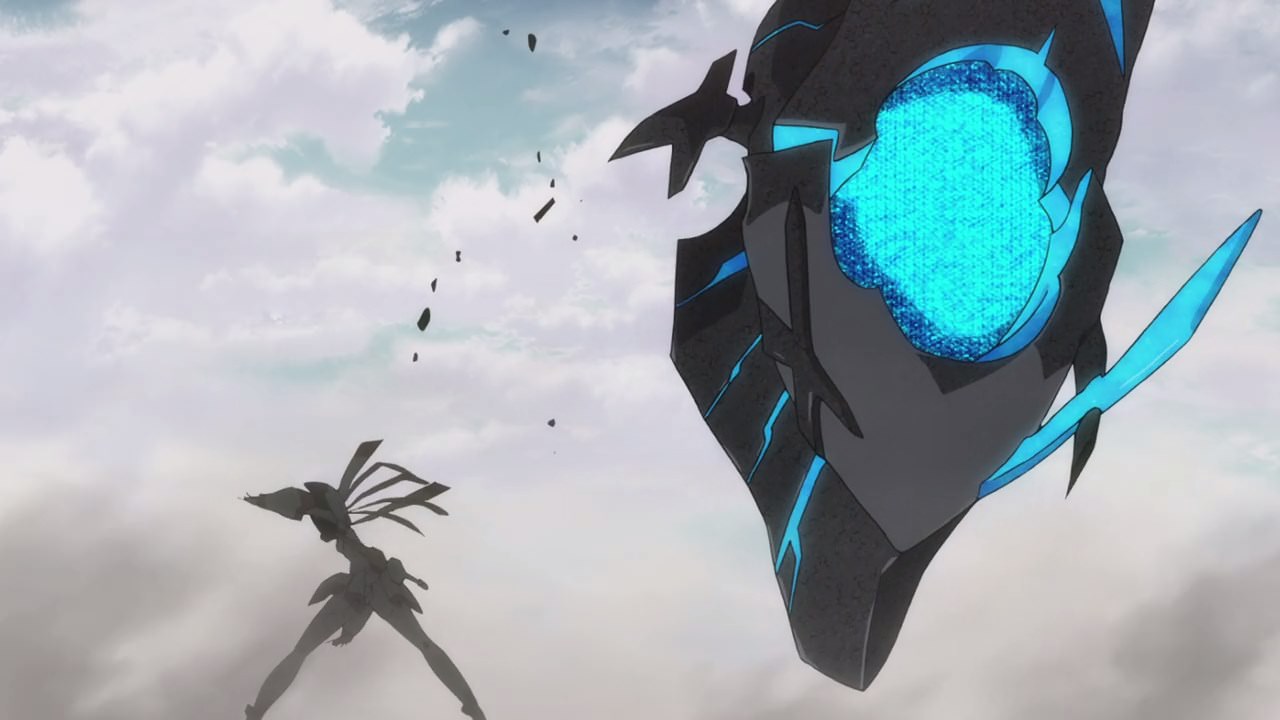 Well it turns out that Strelizia has transformed from a lion into a female humanoid robot where it throws the klaxosaur away from the fort city.

Looks like this FranXX’s potential power has been unlocked thanks to Zero-Two kissing Hiro! 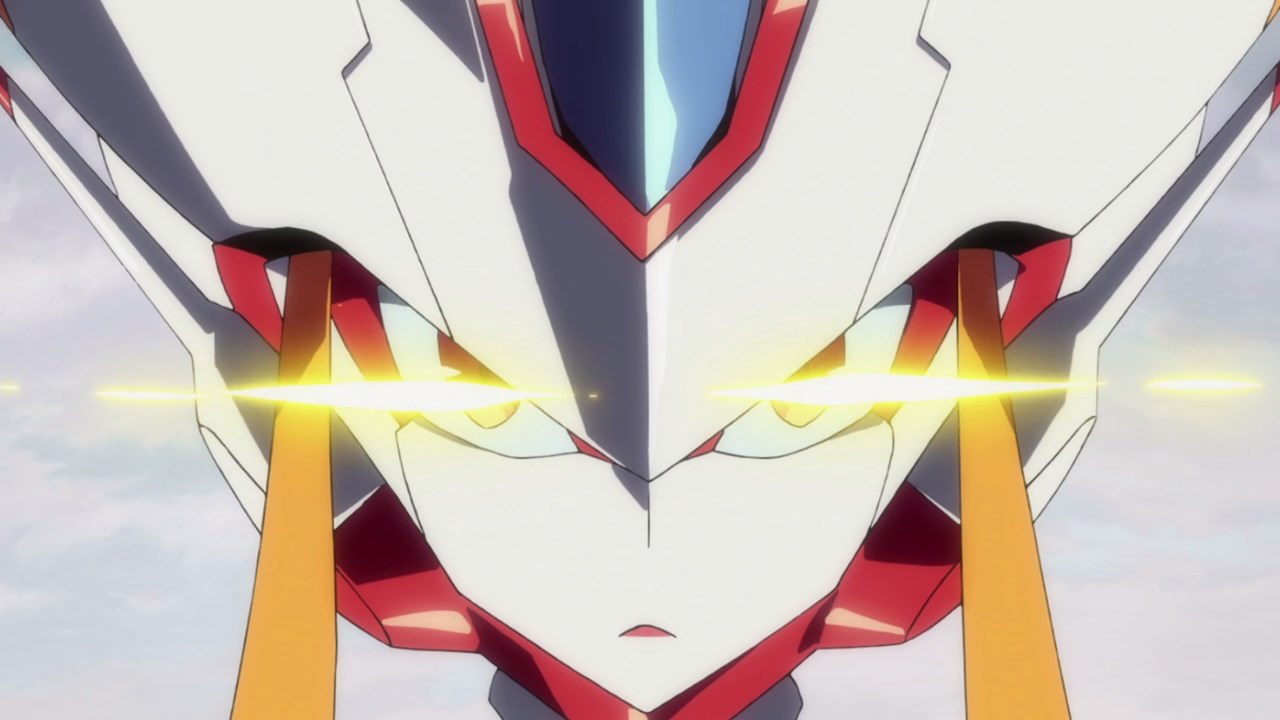 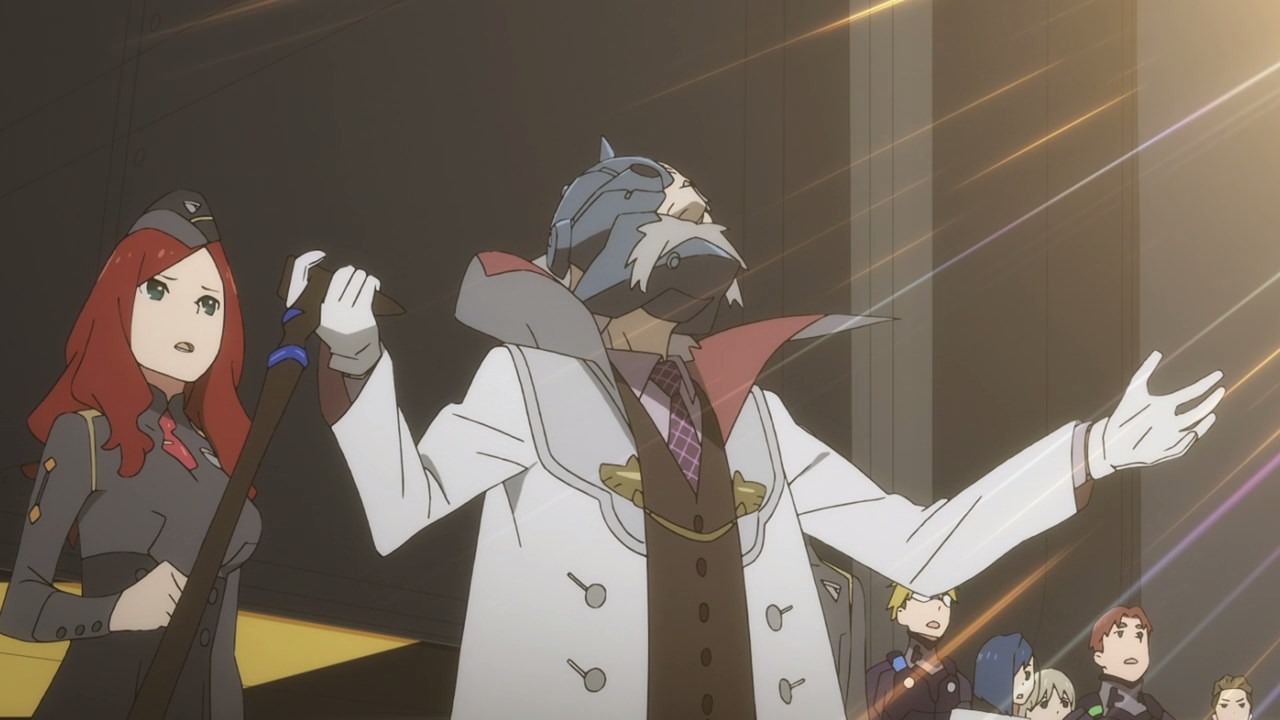 Oh, and Strelizia has a human face in which Dr. Franxx is amazed by its unlocked power. By the way, he’s the creator of the FranXX which bears his last name. 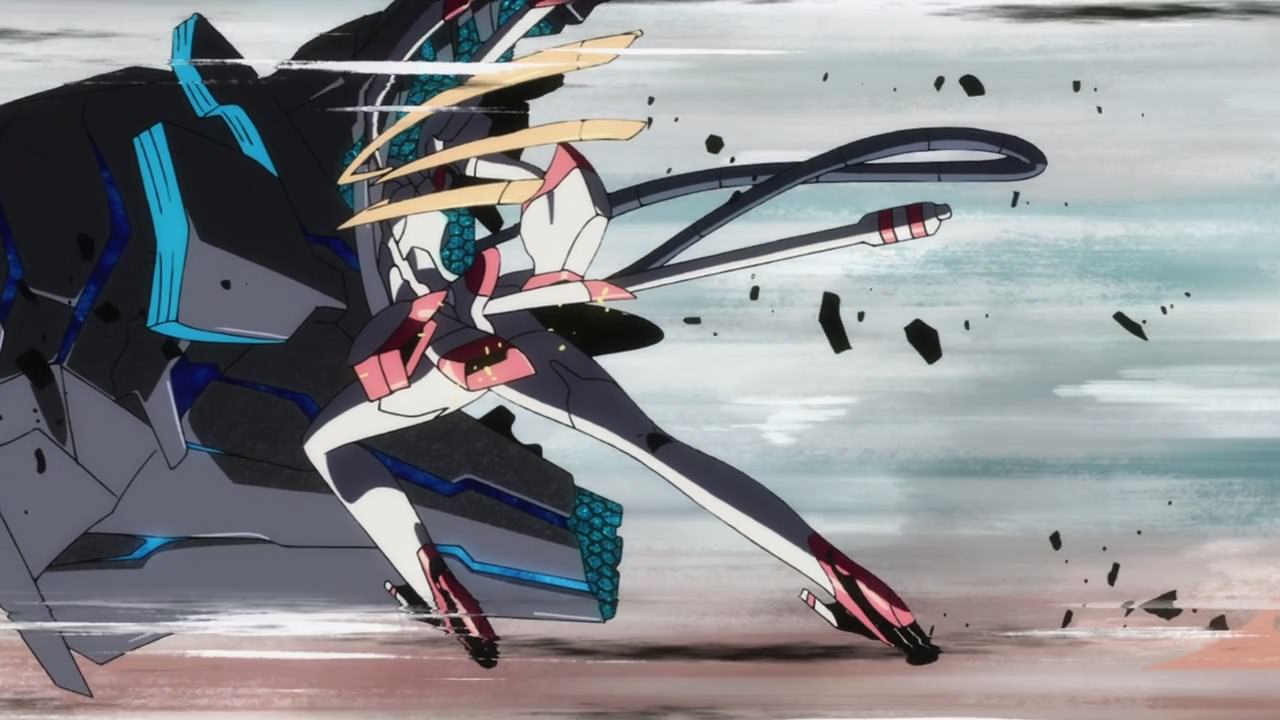 Anyways, time to end this battle as Strelizia moves in for the kill against this klaxosaur by piercing it’s heart with a spear-like weapon. 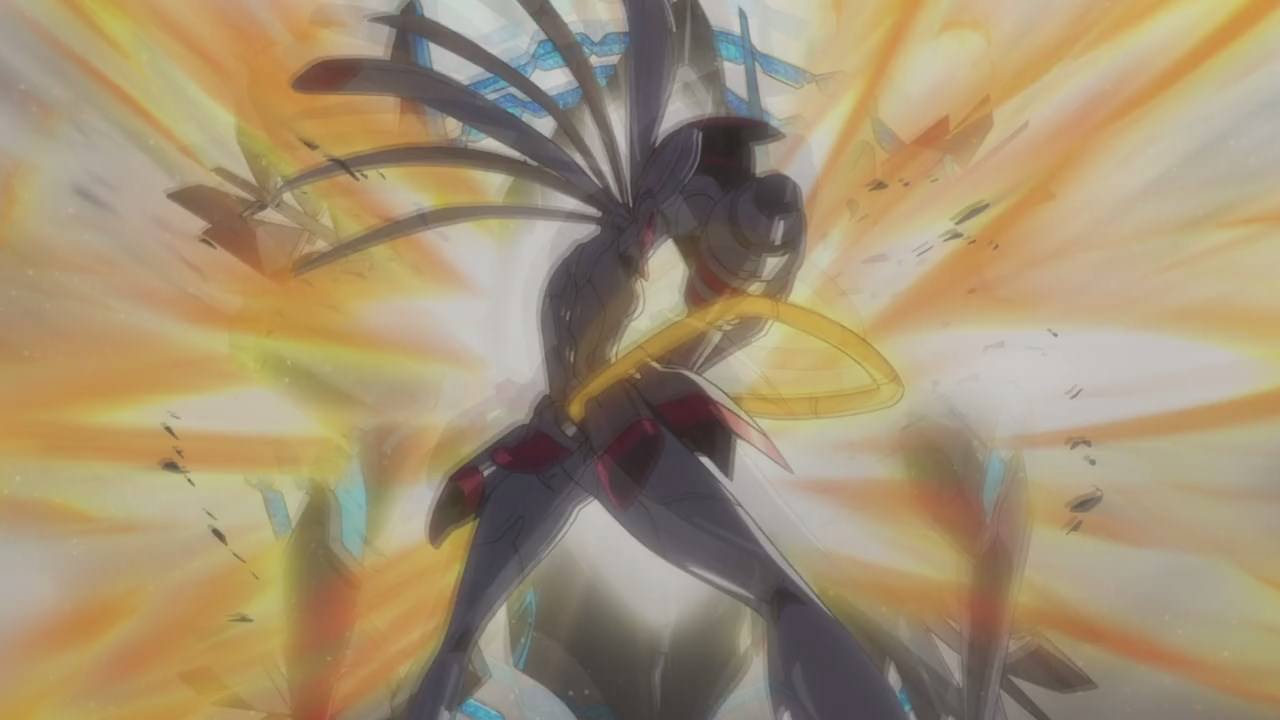 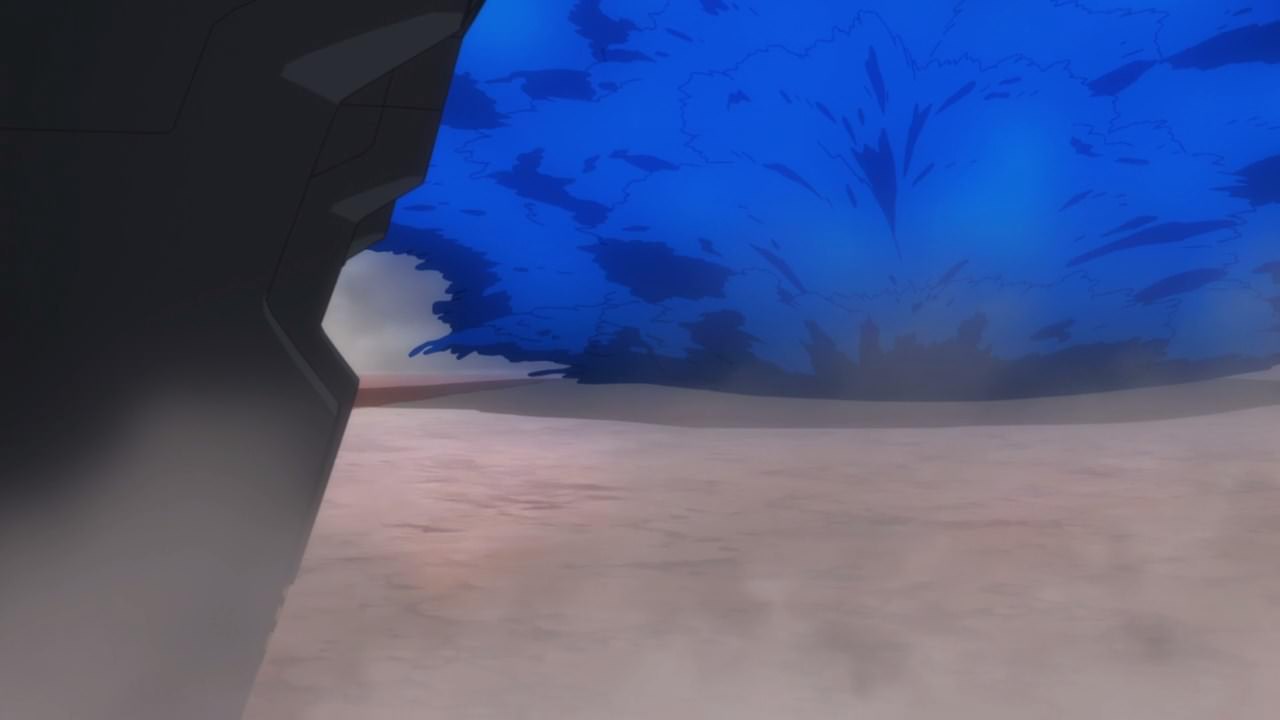 Oh and to make sure that the klaxosaur stays dead, this FranXX chose to make the klaxosaur explode into a cloud of blue-colored blood.

Well, I have to say that the fort city of Mistilteinn is safe, but what’s important is that Hiro has found a partner which he has become worthy of piloting a FranXX. 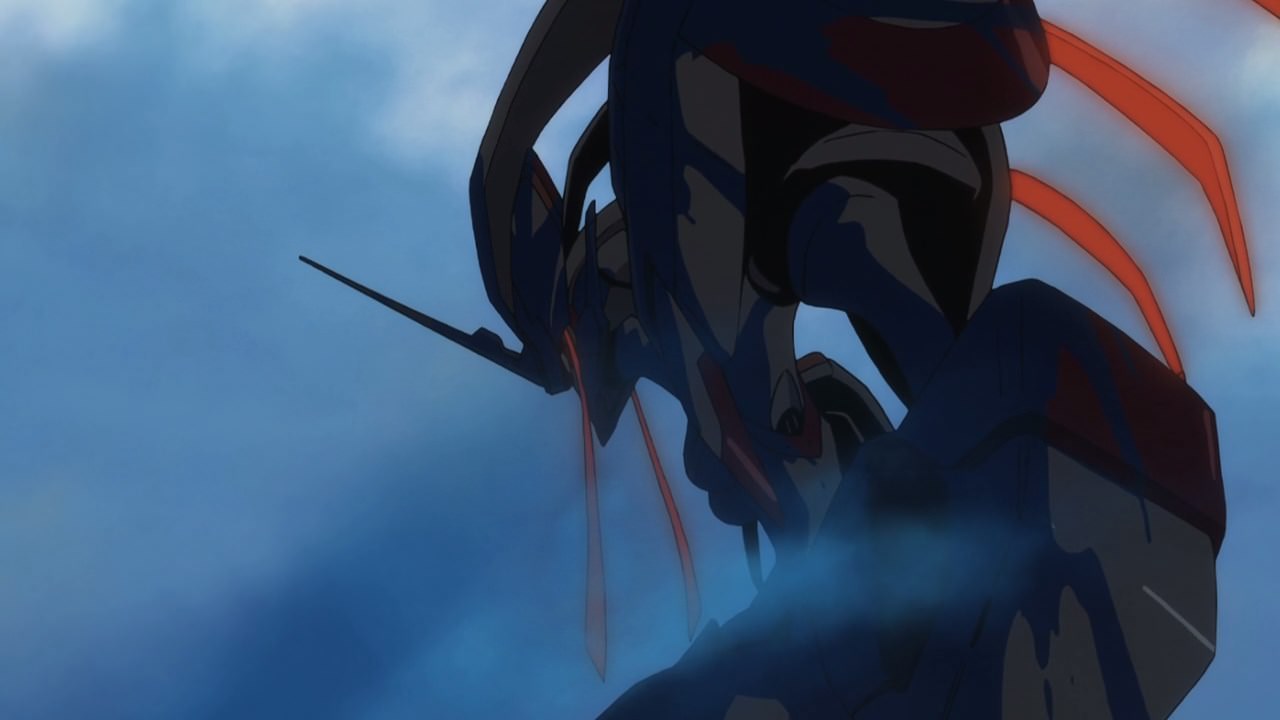 Anyways, I must say that I’ve enjoyed watching the first episode of Darling in the FranXX and I’m looking forward on the next episode as we might meet other characters, and possibly explain the emergence of klaxosaurs.

With that said, I expect great things coming from A-1 Pictures and Studio Trigger because I have faith in them!