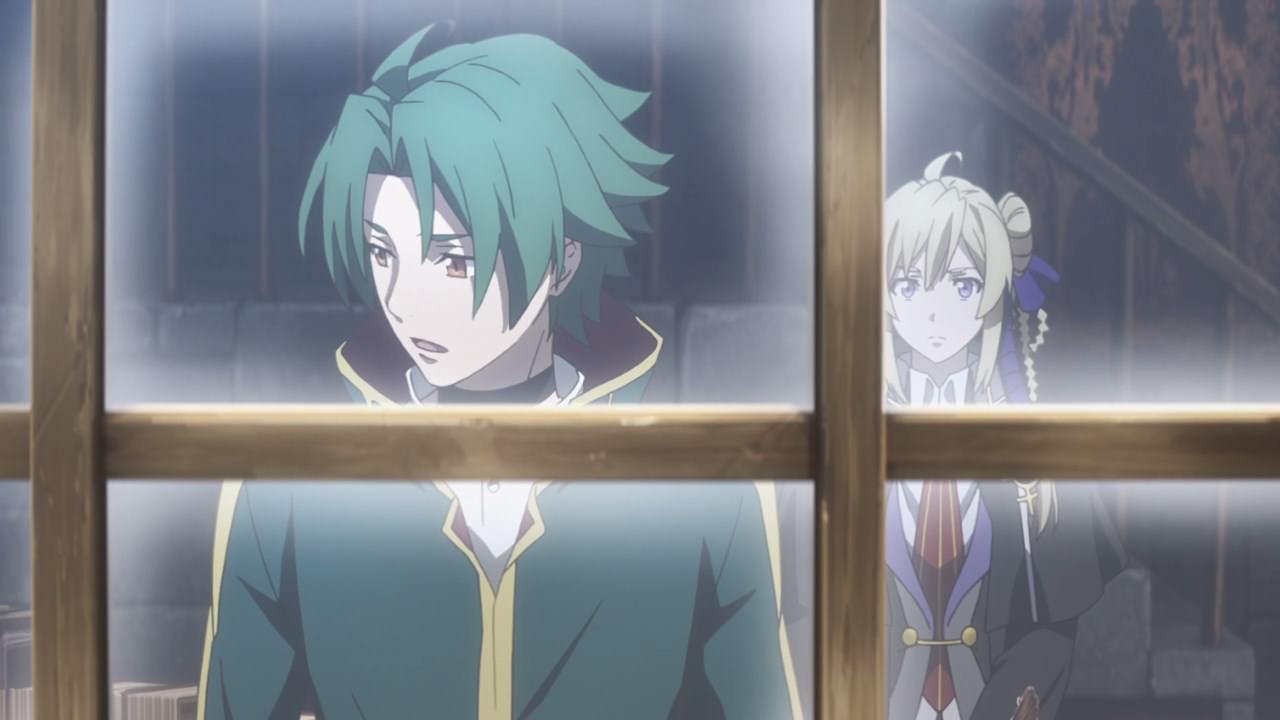 So after the events from last week’s episode, Theo has taken a domain from a sleazy lord and the citizens are happy with Theo governing its’ territory. Then again, Theo wants to liberate his homeland from a tyrant and once he overthrow the reigning lord, he can settle down there and govern his homeland in peace.

Of course, Siluca Meletes wants Theo to aim higher as she wanted her lord to conquer the entire Atlatan continent and obtain the Emperor’s Holy Seal to lead the entire continent, much like the legendary hero Leon. Basically, Theo needs to become ambitious if he wants to save his country and stop the war between the Fantasia Union and the Factory Alliance. 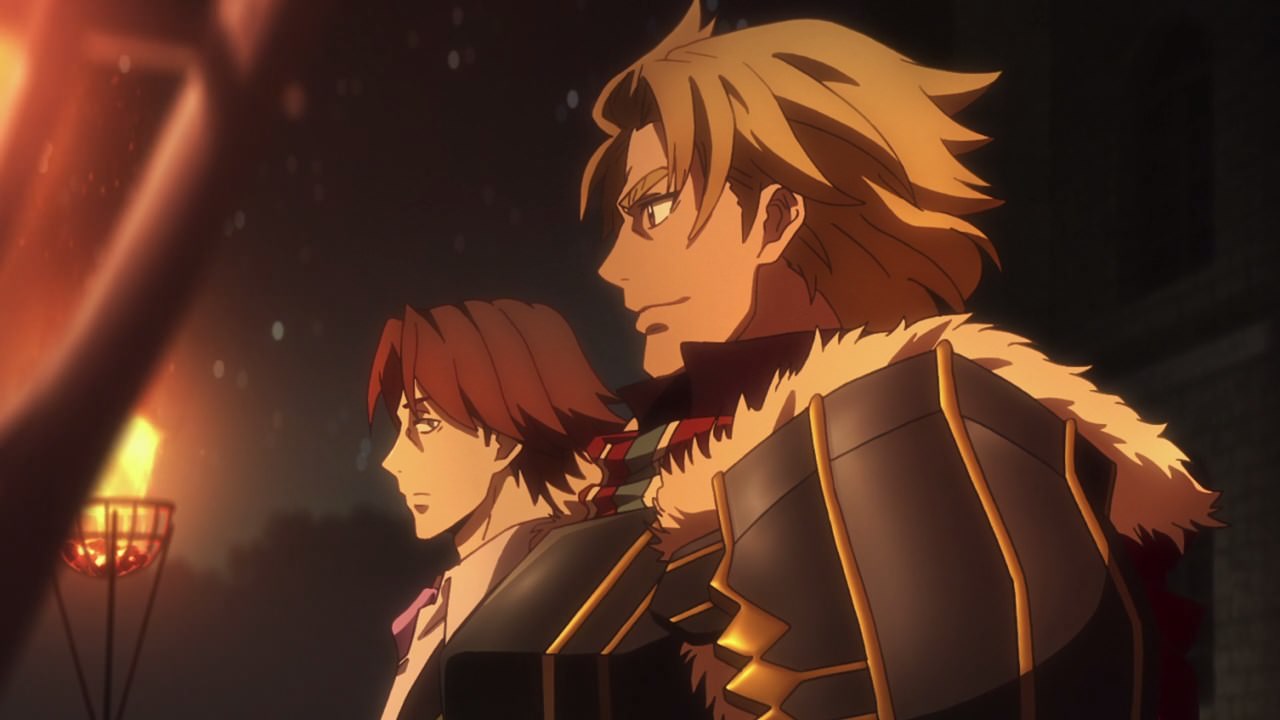 Meanwhile, it appears that one lord wants to take the land that was conquered by Theo as Lassic David plans to take it away from the young lord.

Accompanied by 50 soldiers, 5 mercenaries, and his personal mage Moreno Dortous, Lord Lassic’s army is formidable that Lord Theo’s domain would be conquered by numbers alone. 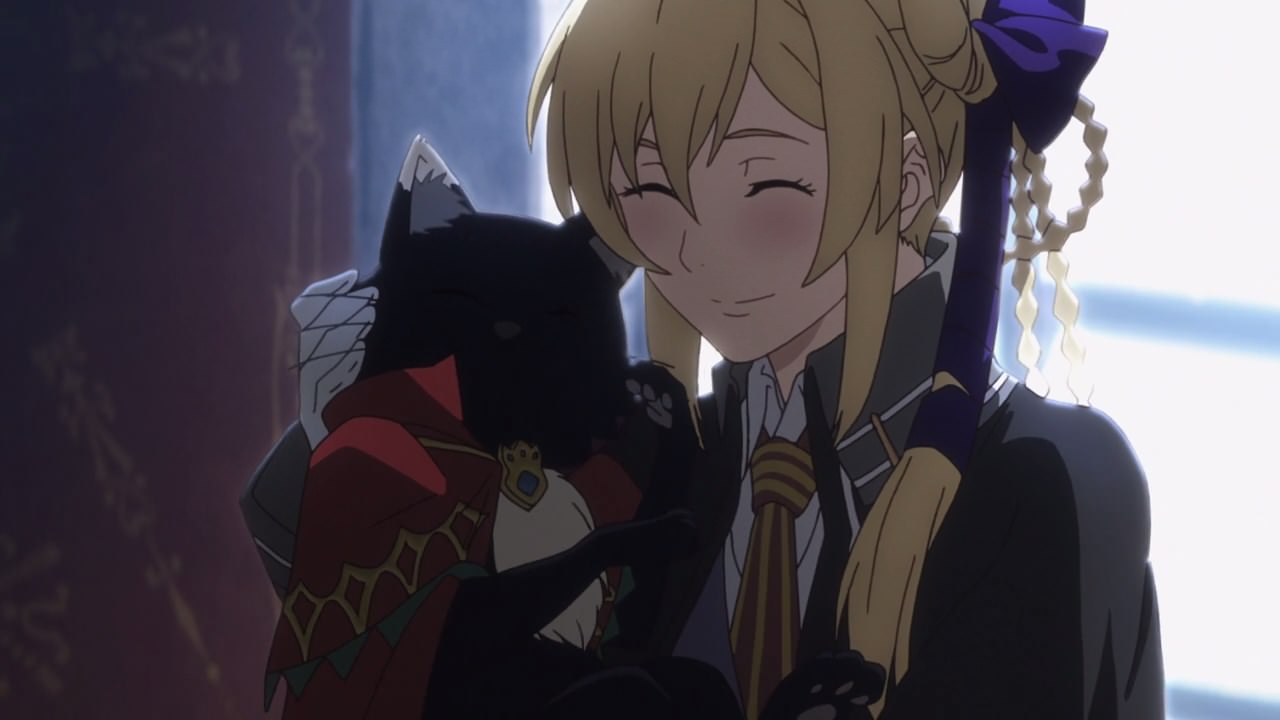 Luckily, Siluca Meletes has it covered as she asked Sir Balgary for help like finding some mercenaries to recruit.

I must say that Sir Balgary is lucky to have Siluca cuddled him. But more importantly, Sir Balgary found one that’ll help Siluca and Lord Theo. 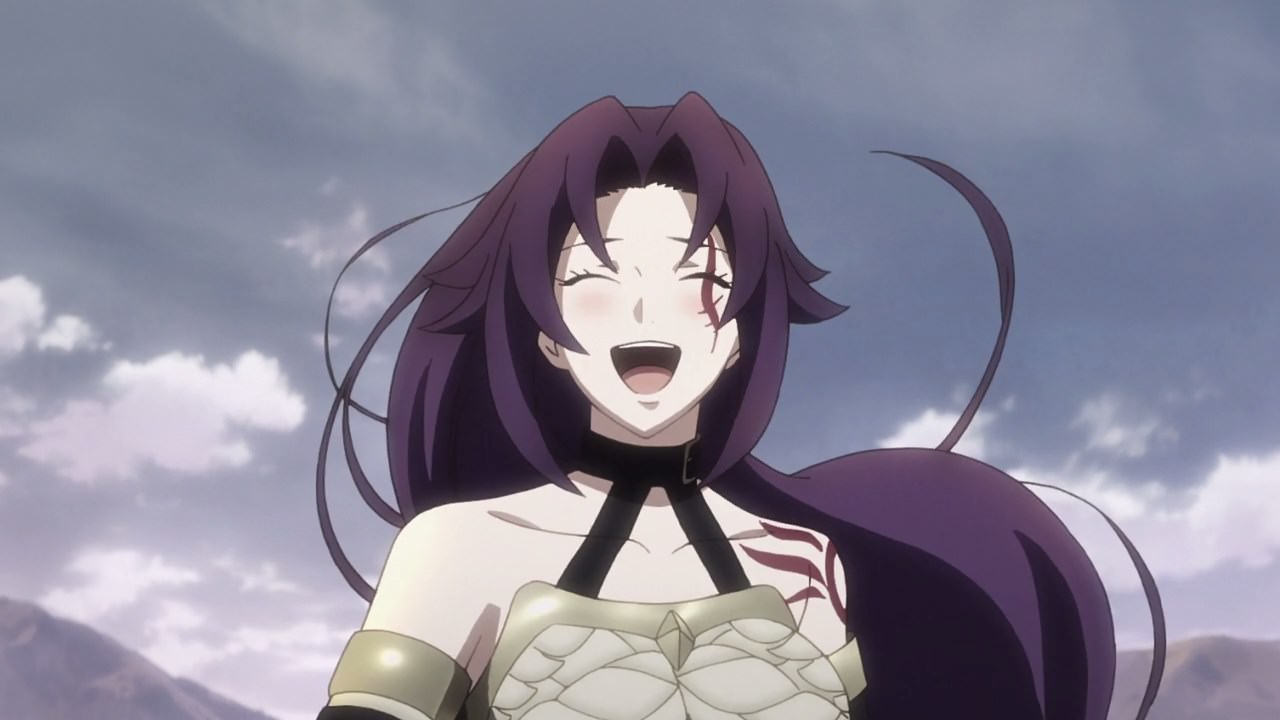 Anyways, this is Aishela who is a friend to Siluca and an Artist when it comes to warfare. 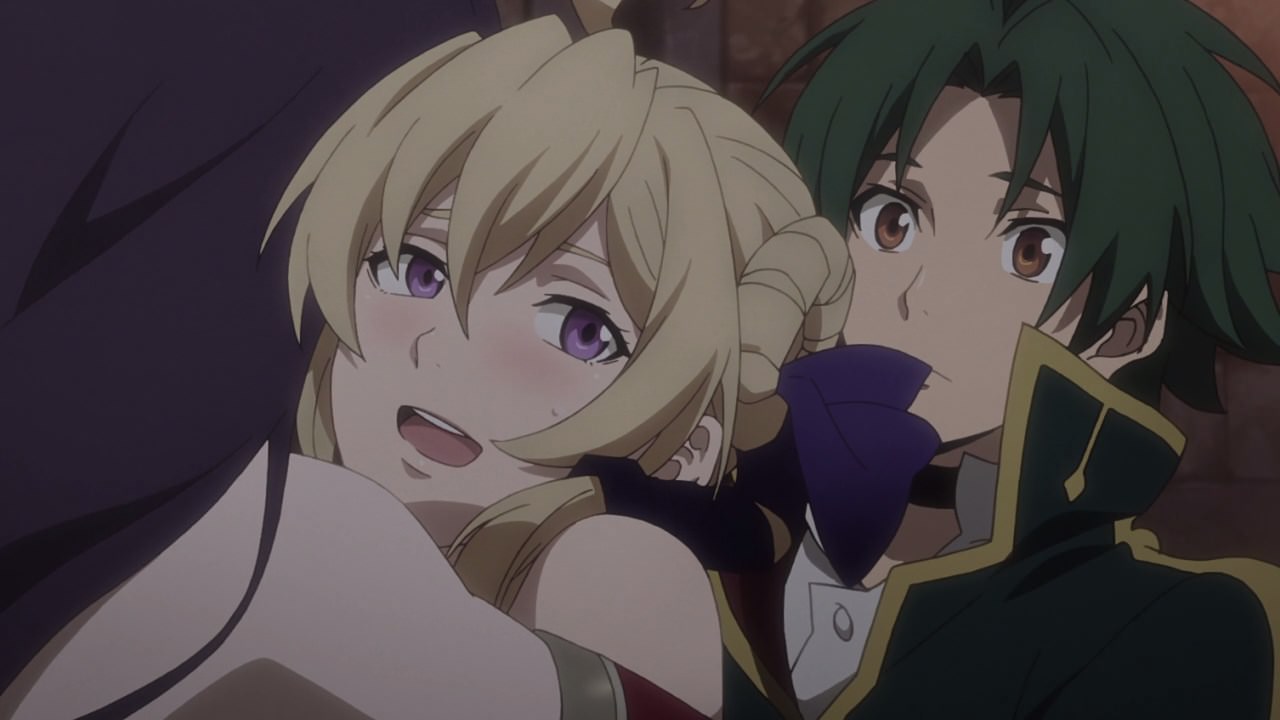 Also, Aishela is very fond towards Siluca where she couldn’t believe it that her beloved mage has signed a pact to Theo.

In any case, looks like Lord Theo and his army are ready to defend his domain… 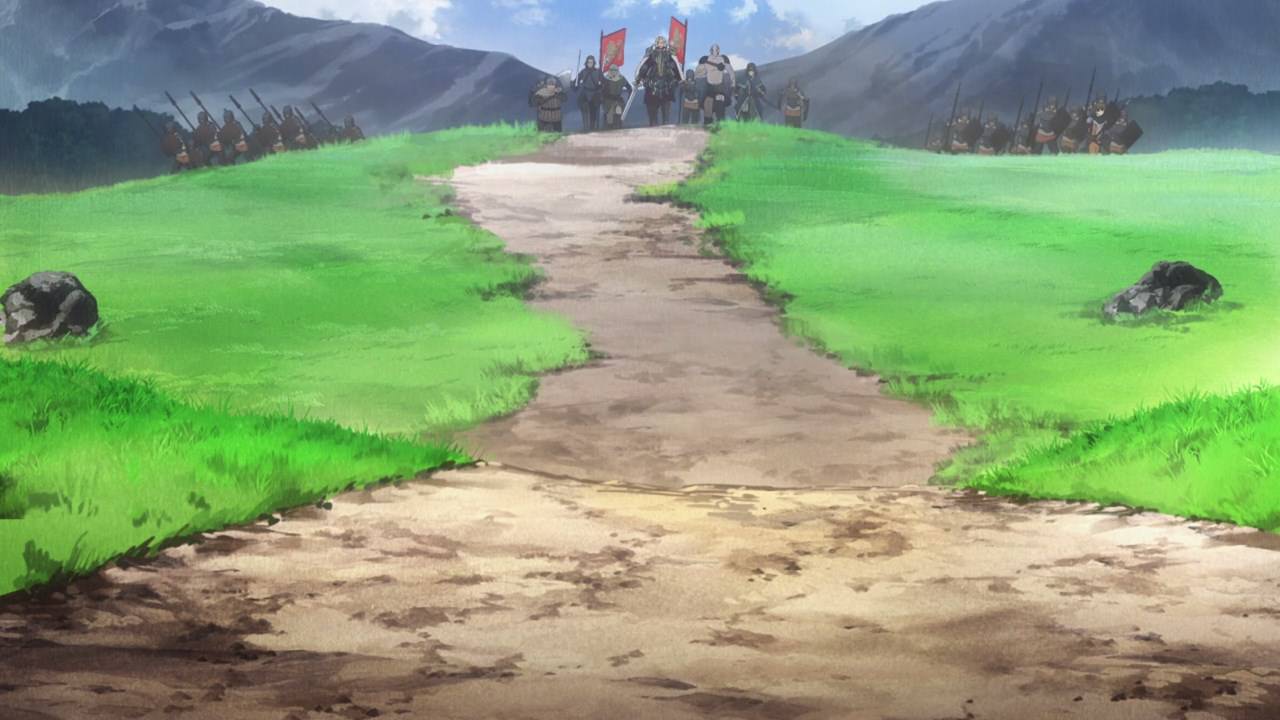 …as Lord Lassic and his men are ready to attack at any moment. Let’s hope that the addition of Aishela would put the battle in Theo’s favor. 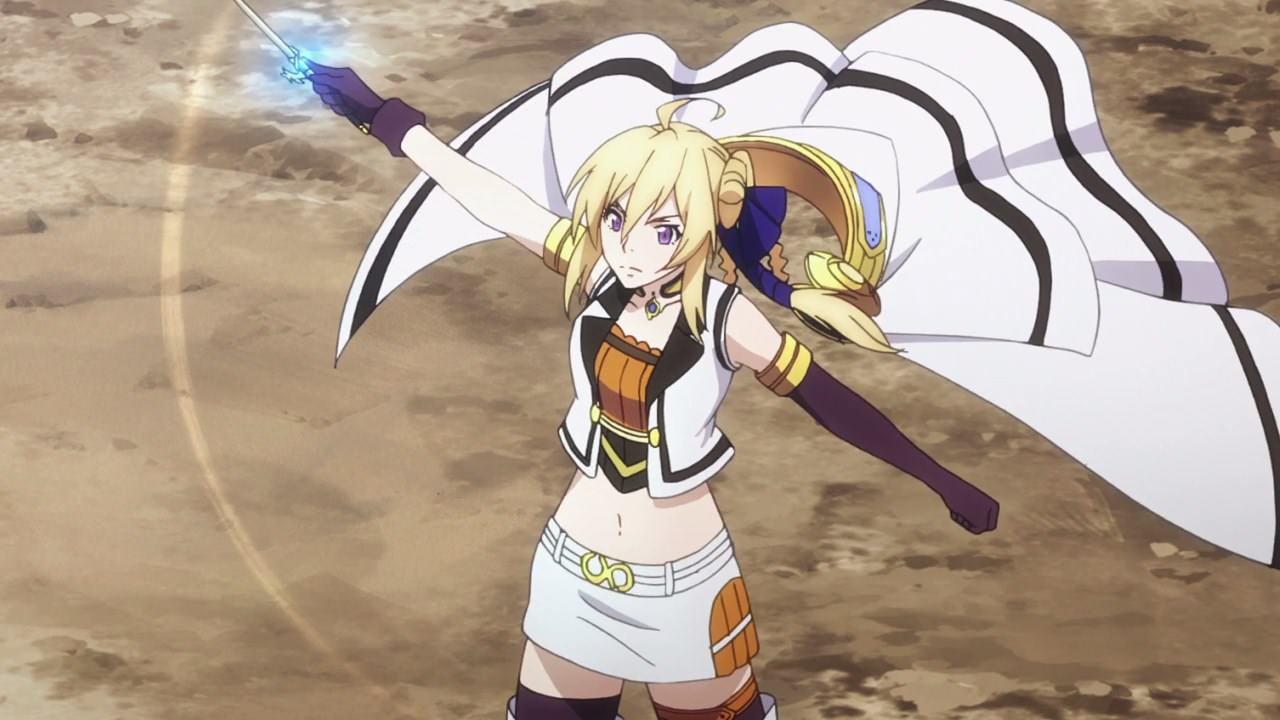 But let’s start things out with Siluca Meletes as she uses her magic to attack various grunts from Lord Lassic’s army. 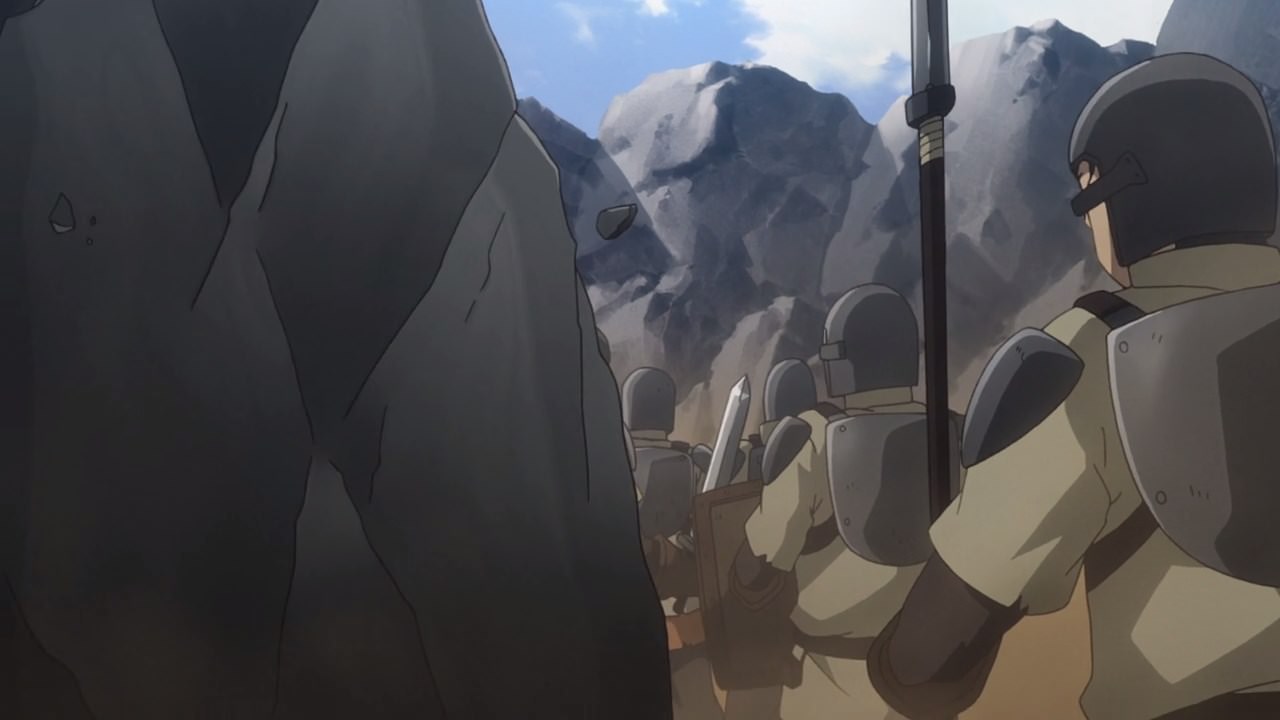 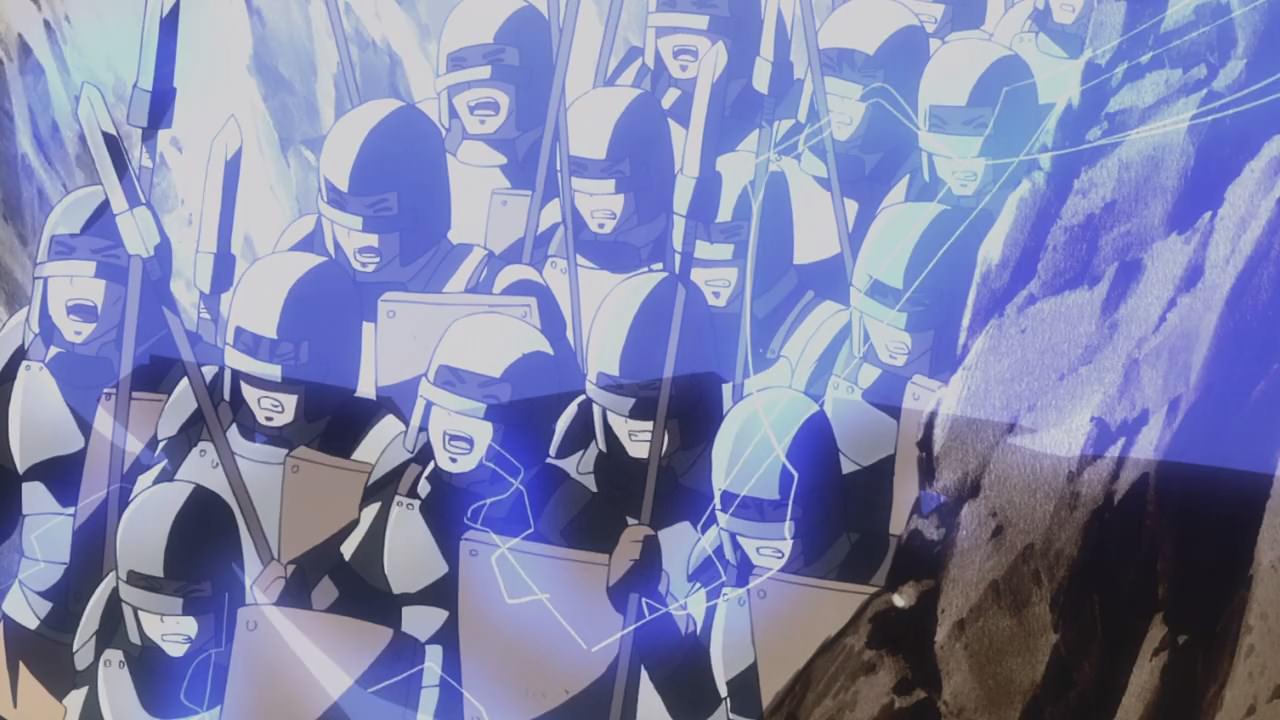 And as expected from the aspiring rainbow mage, Siluca made little effort on trapping these foot soldiers and electrocute them.

Well, seems that Lord Lassic has lost one-third of his men. 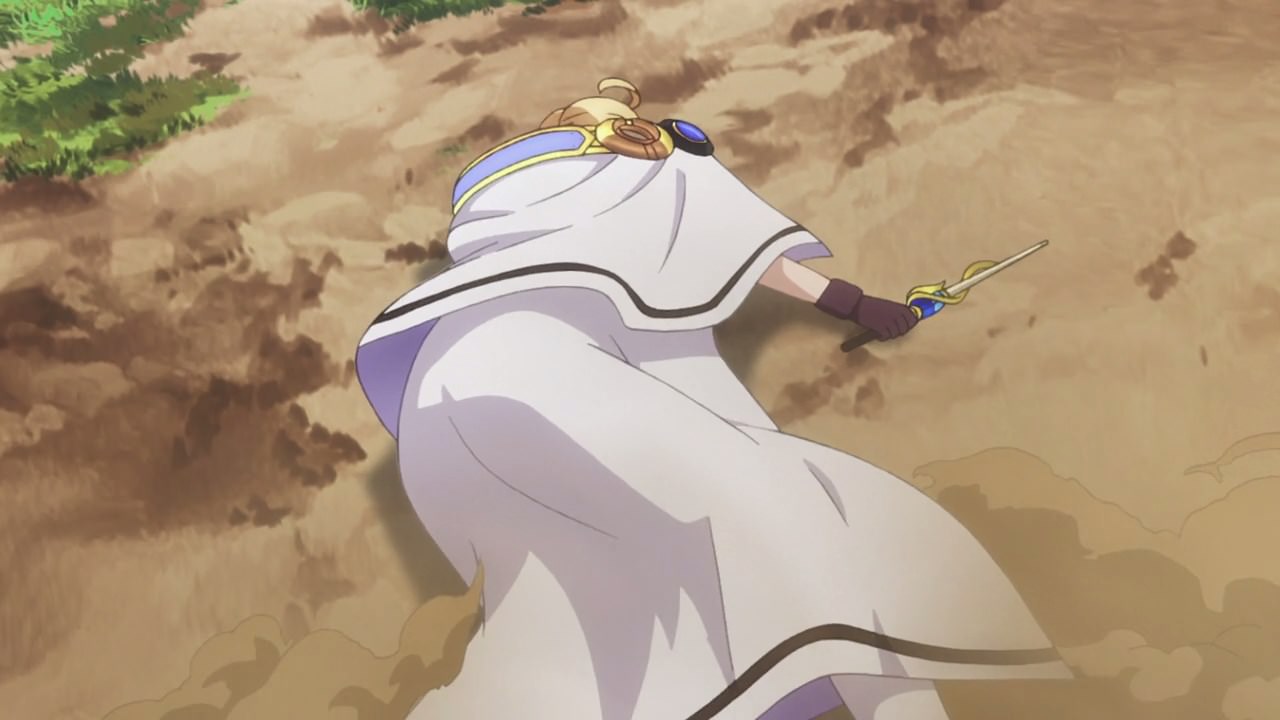 However, Siluca Meletes got knocked out by someone who hide his/her presence. Who would do such a thing? 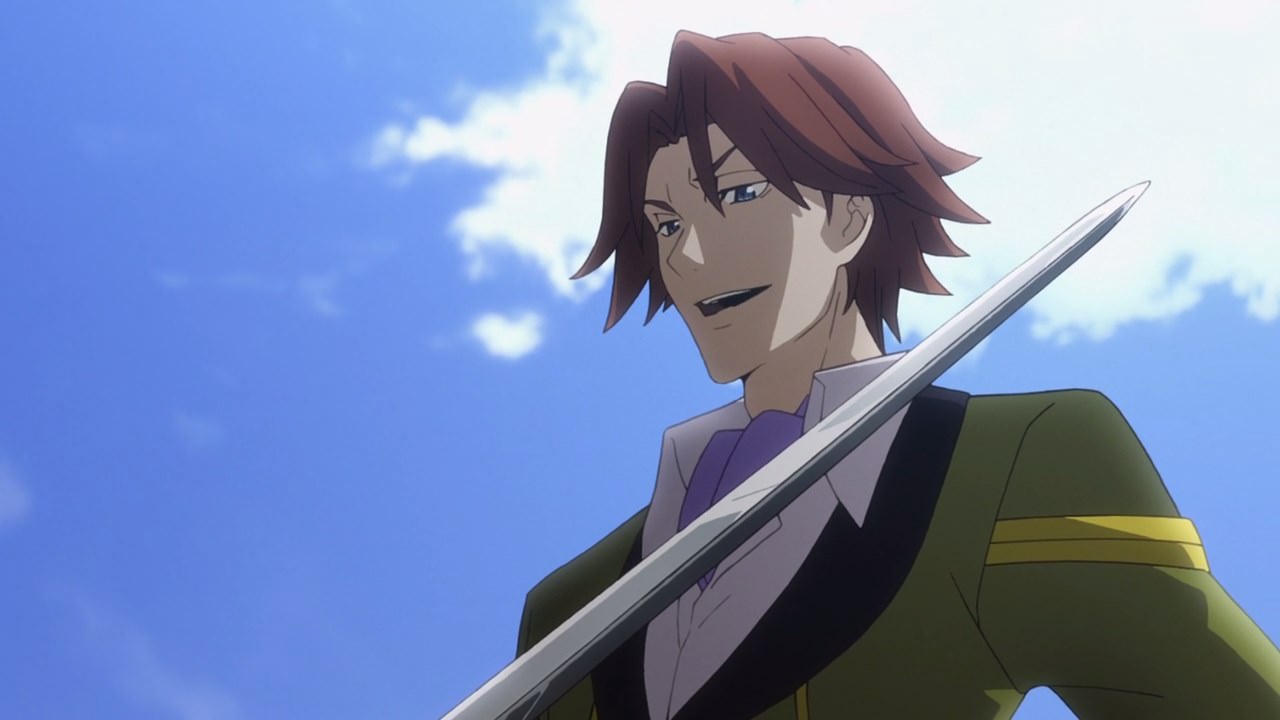 Why it’s none other than Moreno Dortous as he wants to have fun with Siluca. I have a bad feeling that Moreno would so something bad to her. 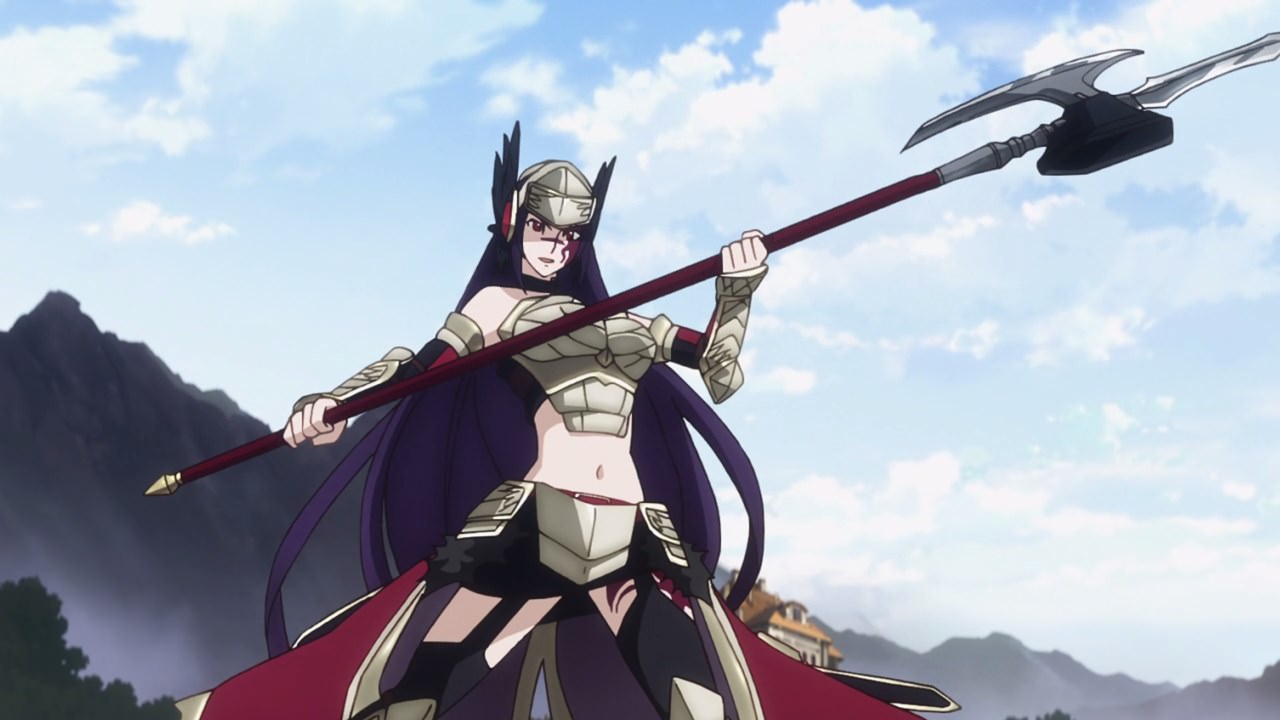 Meanwhile, here’s Aishela as she shows that she’s neither a painter nor a sculptor, but rather a warrior who has a strength of a hundred men. 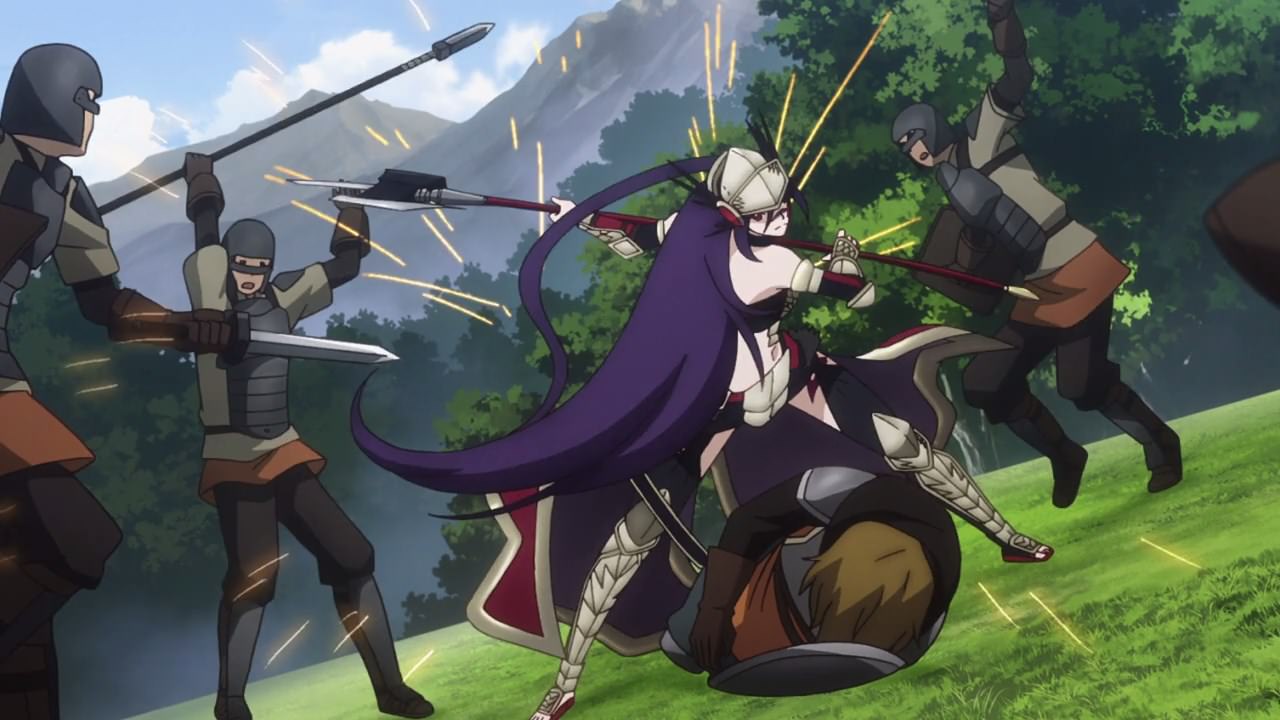 And as you can see, Aishela defeats most of the soldiers with little to no difficulty. Even the soldier who fell down couldn’t stand a chance. 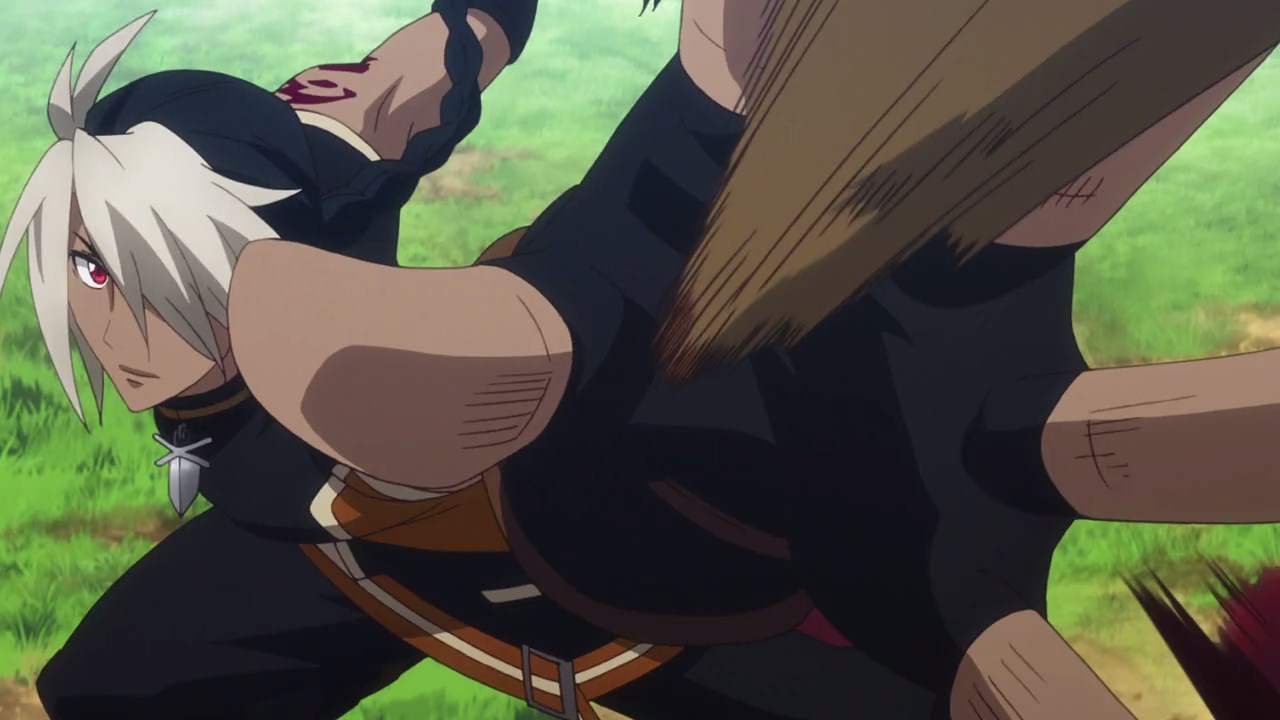 On the other side, there’s Irvin as he throws knives at mercenaries and grunt soldiers. 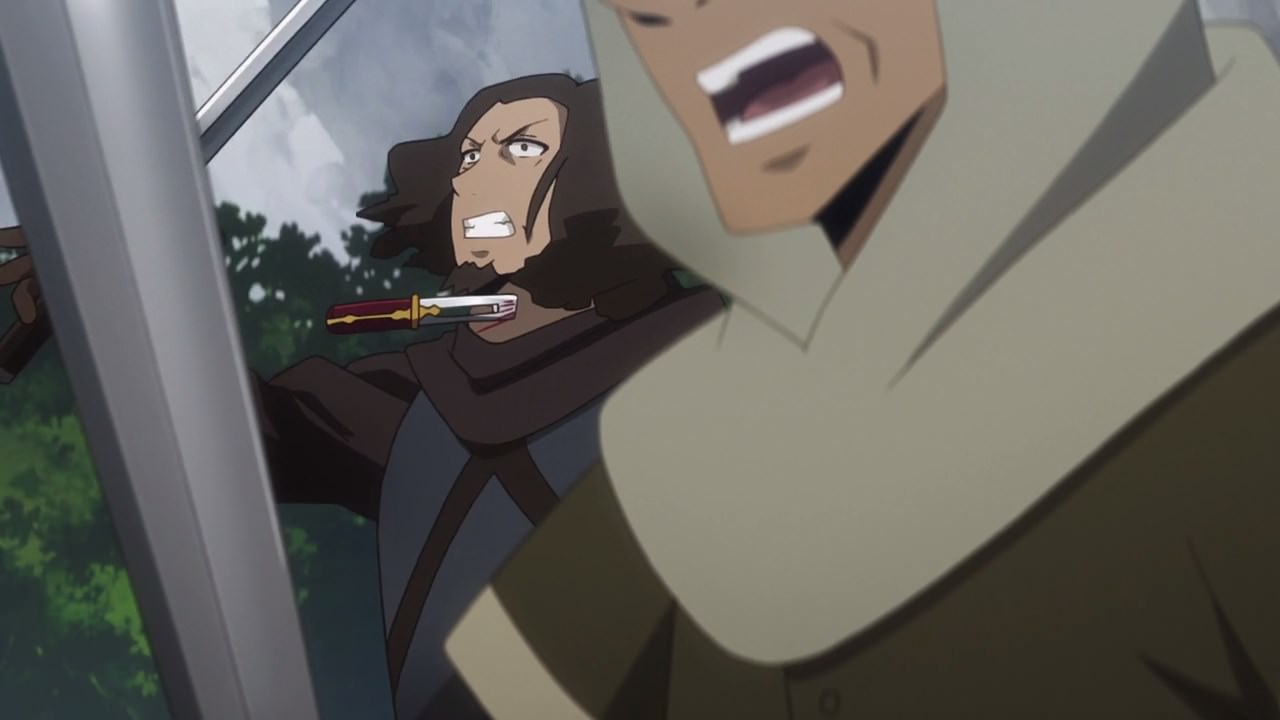 This particular mercenary got stabbed in the throat. At this point, Irvin will clear those mercenaries in no time. 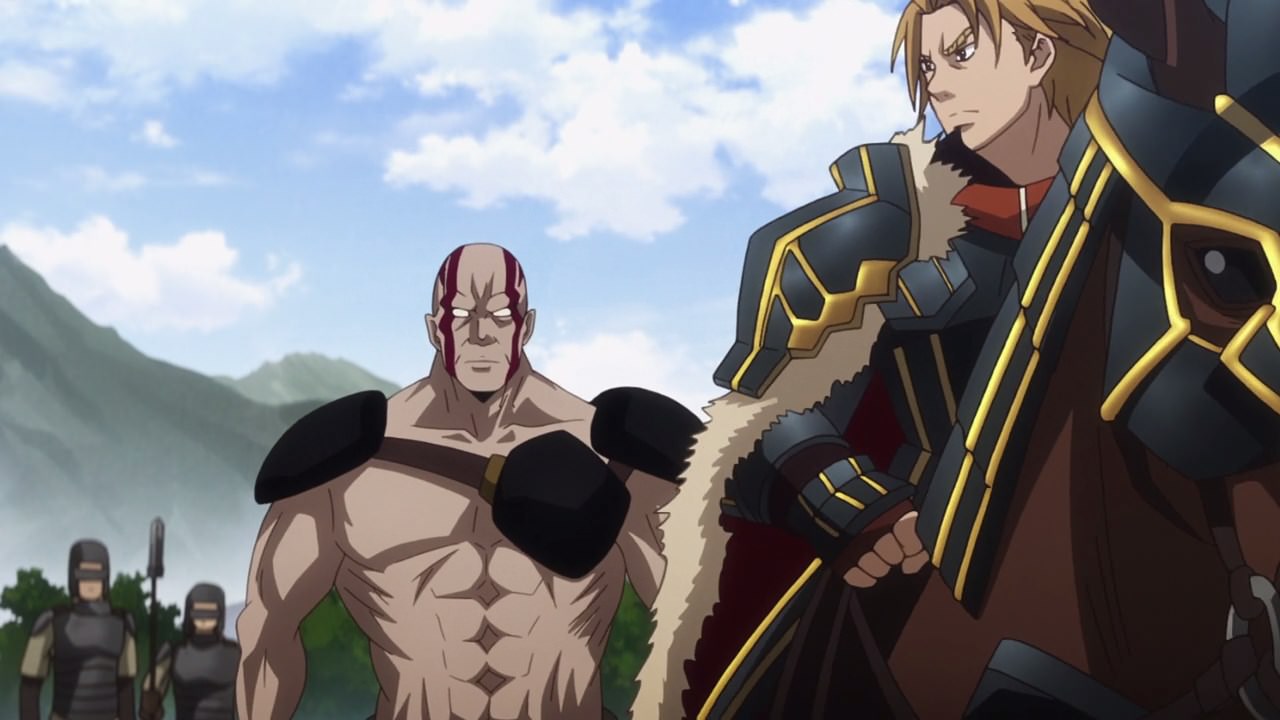 So, Lord Lassic brought his strongest warrior to fight Irvin. This is Captain Gluck as he has an ability to change himself. 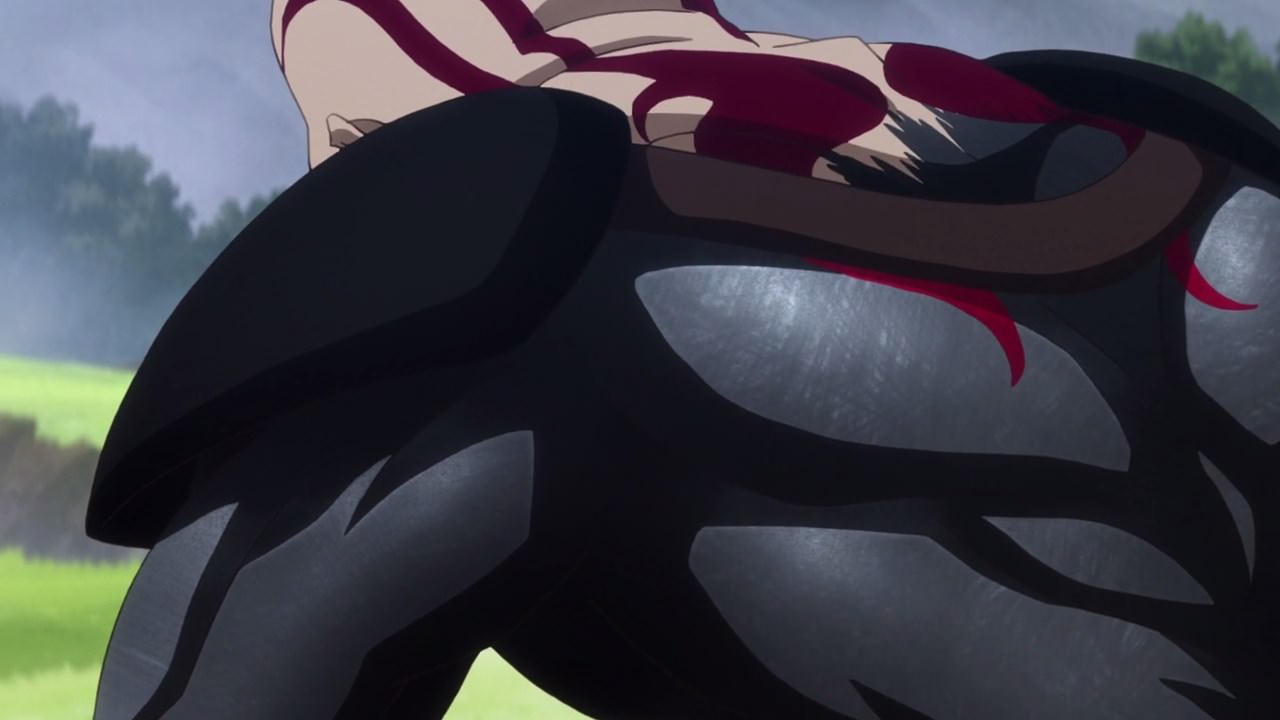 His transformation magic has turned Gluck’s body into metal, which in impervious to attacks from Irvin. 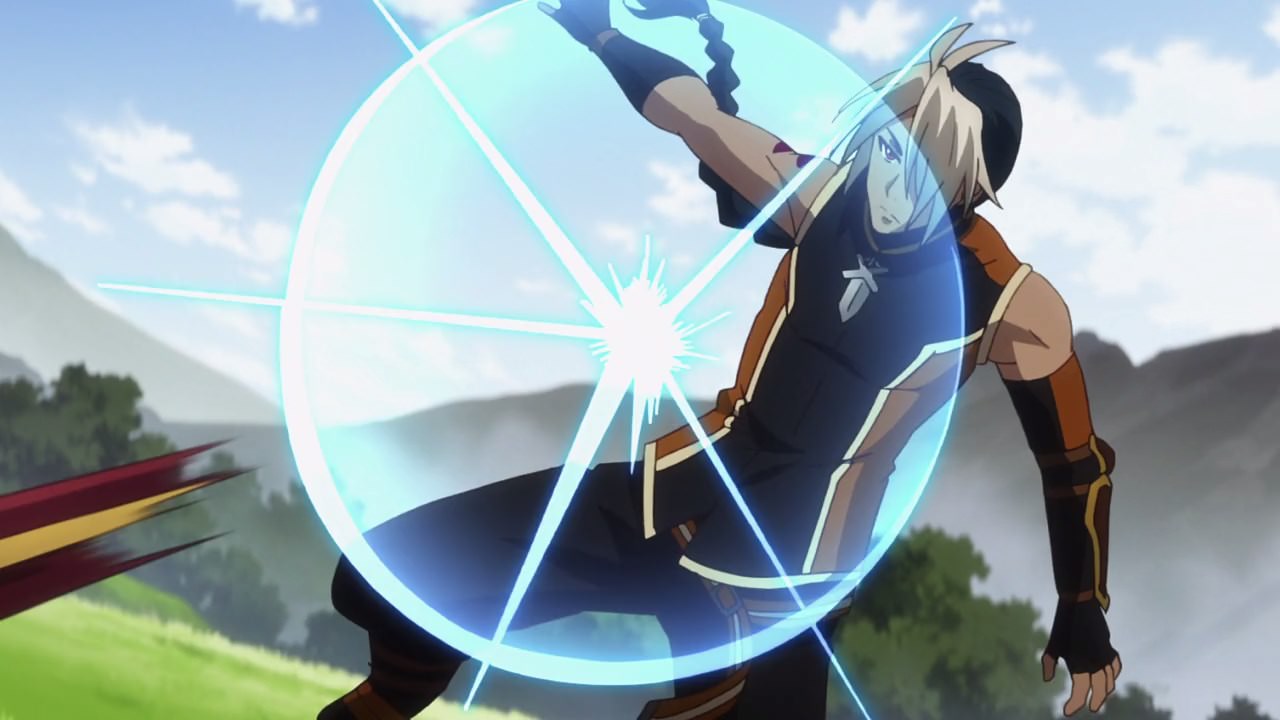 However, Irvin found a way to defeat Captain Gluck as he throws a knife towards Lord Lassic’s strongest fighter. 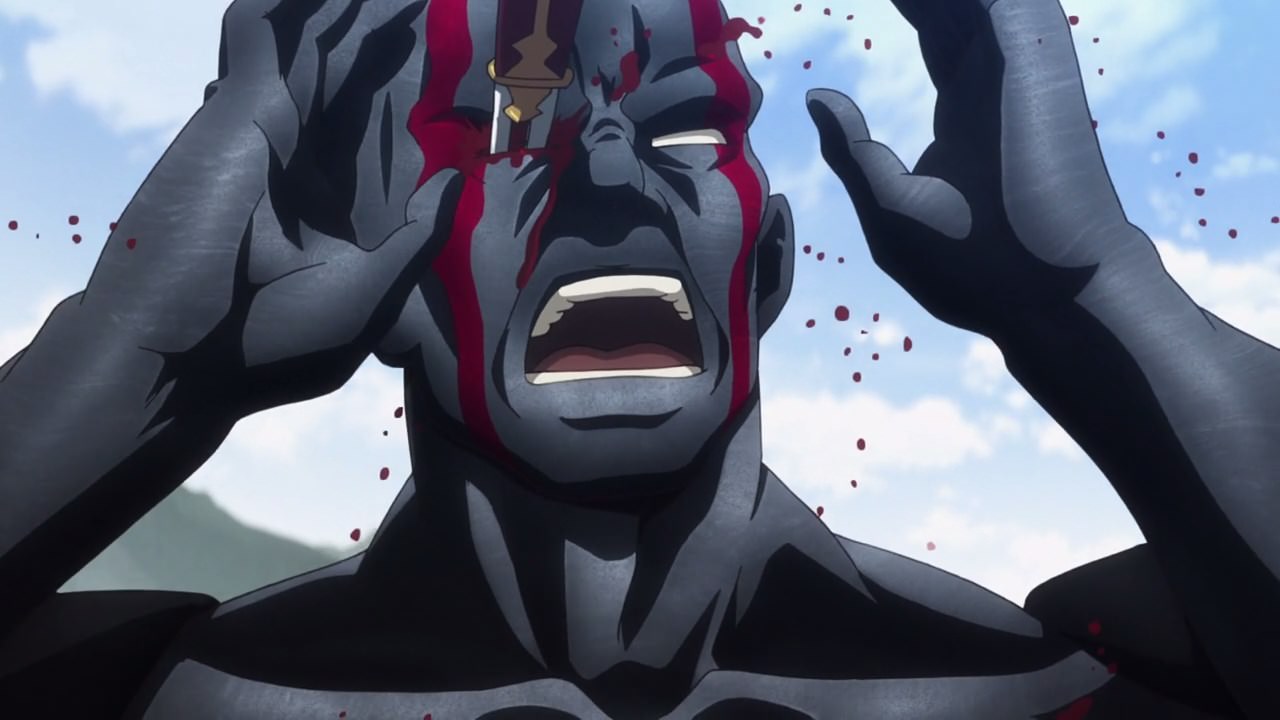 Turns out that not every part of his body is impenetrable as Captain Gluck lost his right eye once Irvin found its weak point.

Well, seems that Lord Lassic’s men are going down like flies. 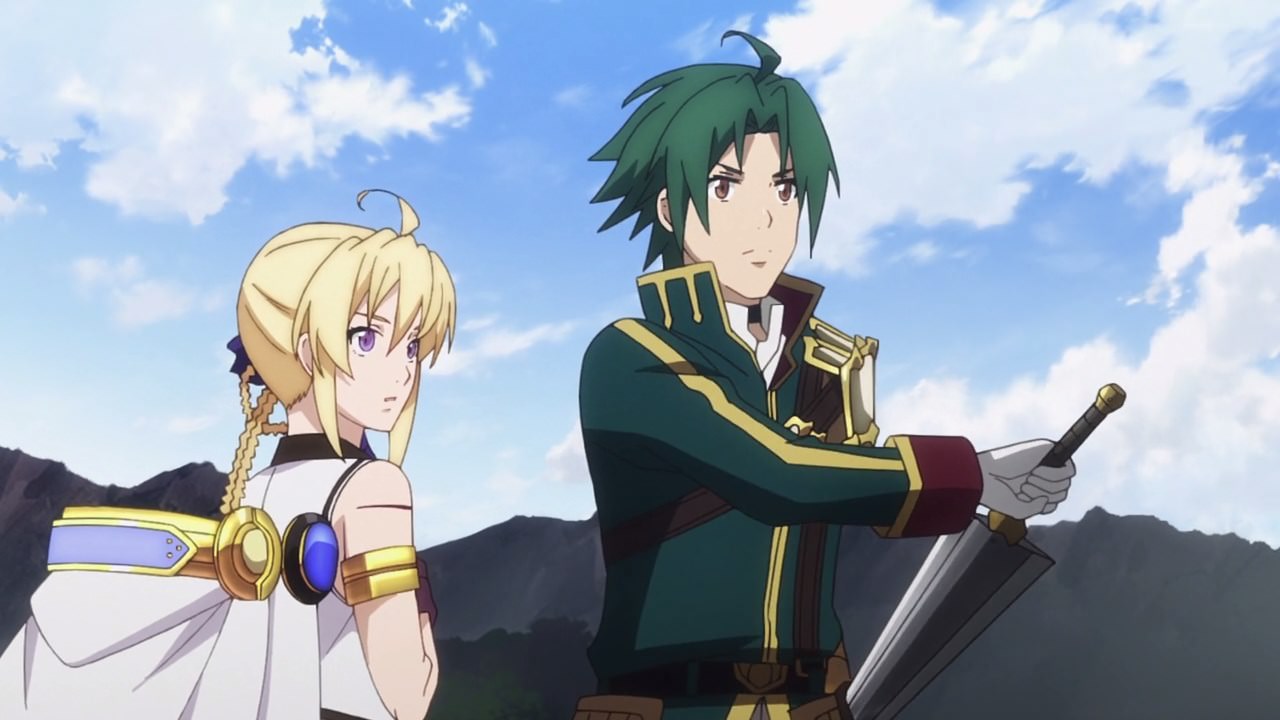 Now let’s go back to Siluca Meletes as Theo has stepped in to rescue his mage and challenge Moreno Dortous to a sword fight.

Come to think of it, why did Moreno took the path of a mage instead of a swordsman? 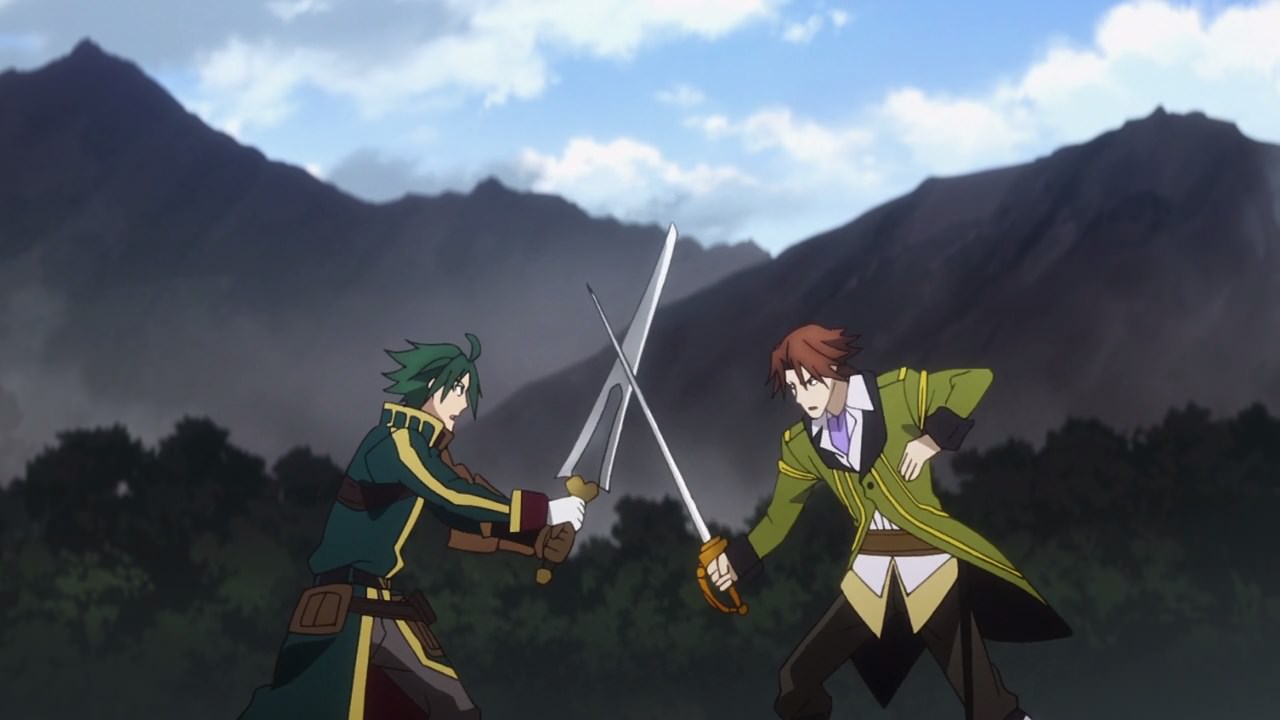 Anyways, Moreno accepted Theo’s challenge as they clash swords at each other. Unfortunately for Moreno Dortous, his battle against Siluca Meletes has made him very tired. 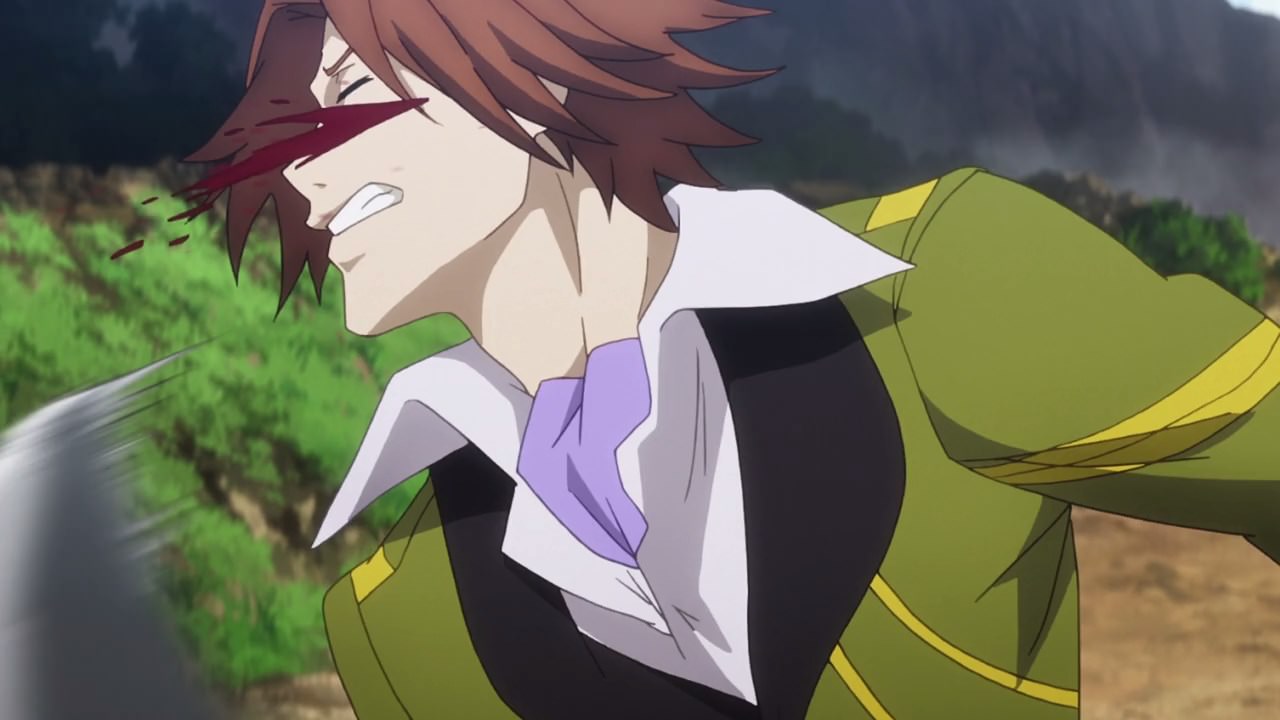 So much that Moreno lowered his guard and got a scar from Theo. Of course, he’s not gonna give up the fight yet as Moreno will do anything to beat Theo and take his crest. 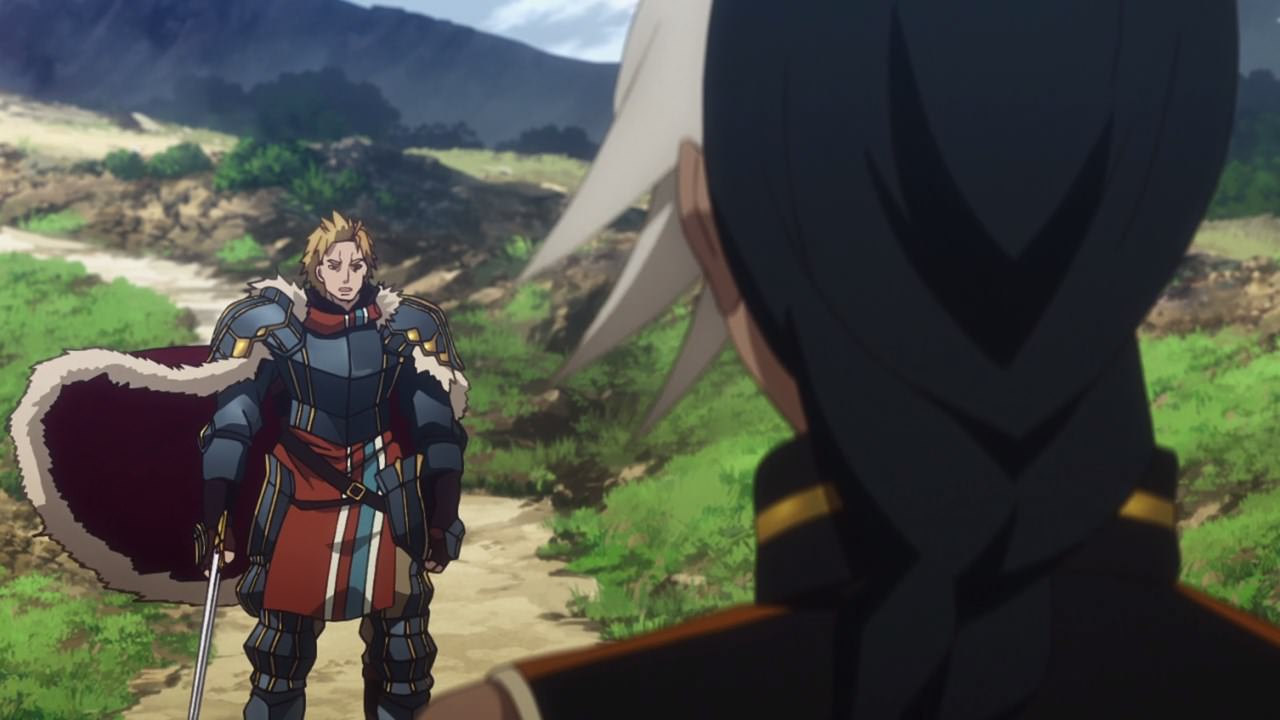 Anyways, let’s go back to the duel between Lassic David and Irvin as he’s ready to take on Siluca’s right-hand man. 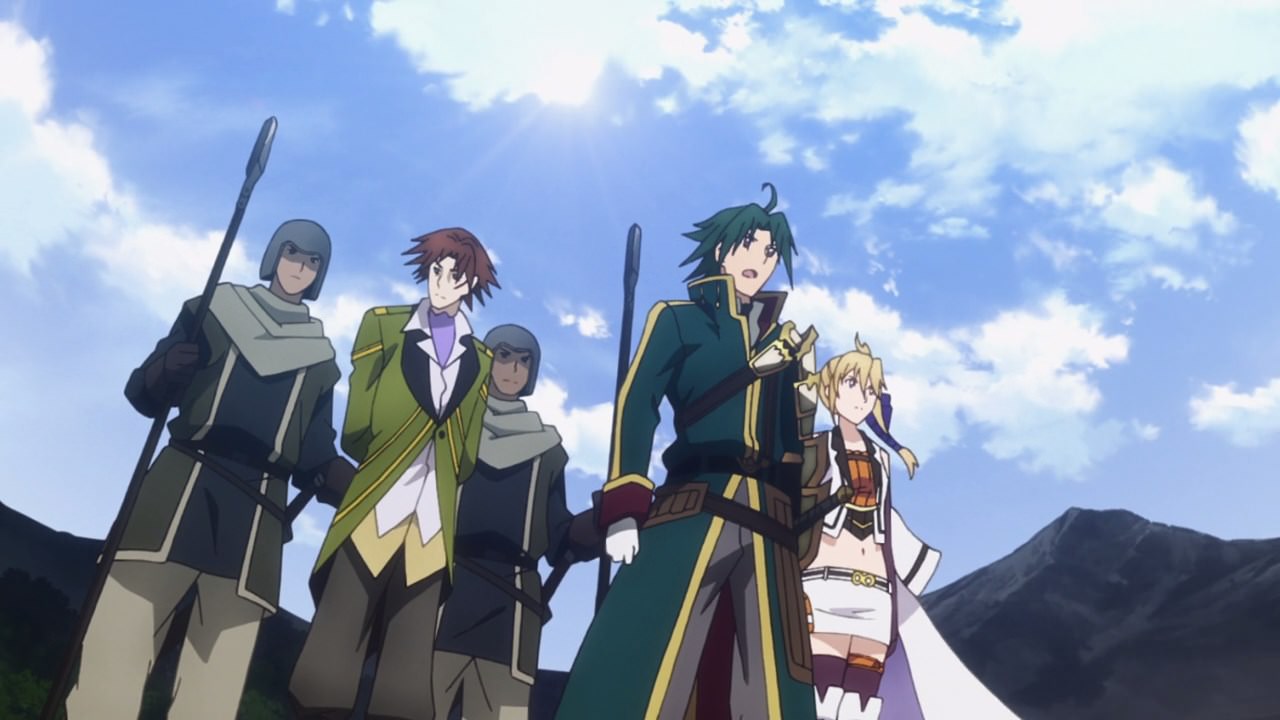 However, it appears that Lord Lassic couldn’t fight Irvin as he found out that Moreno Dortous got captured.

Because of this, Lassic David decided to surrender and thus the battle has ended. 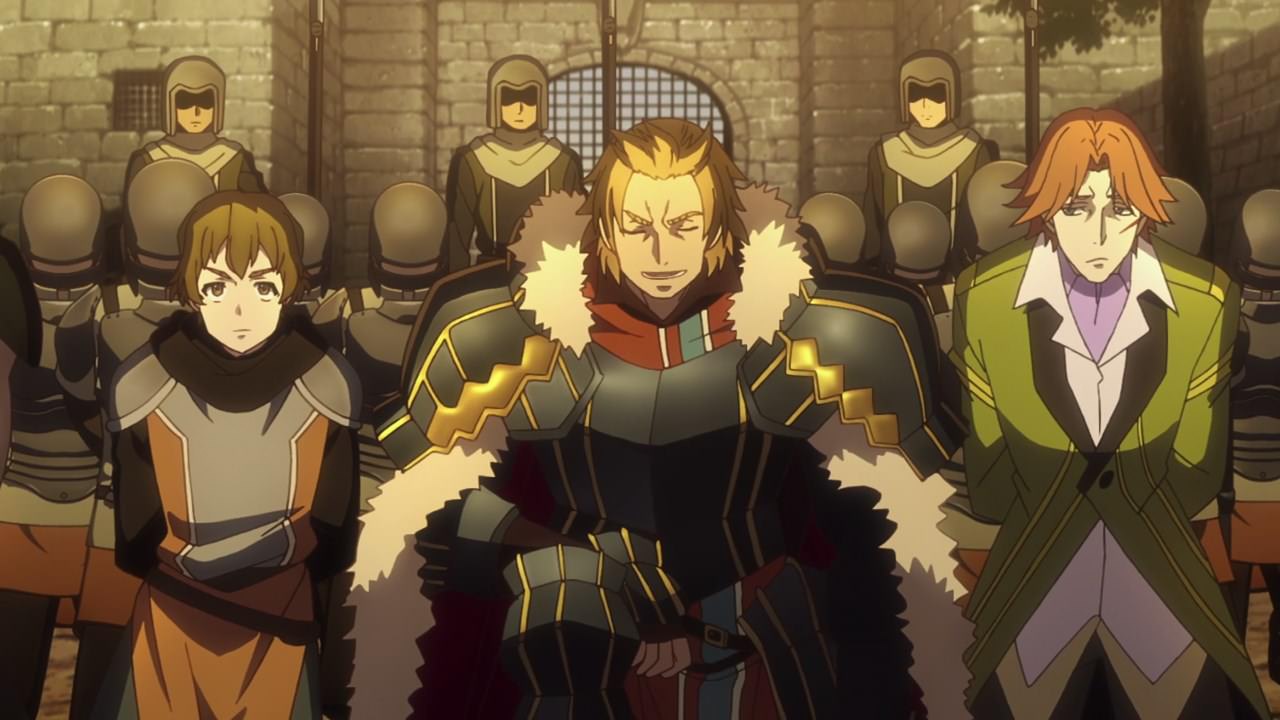 But you know what, Lord Lassic is not planning to become an emperor and rule the entire continent as governing one nation is enough for him, much to Moreno’s disappointment as he expects more from him.

Also, Lord Lassic will rather forge an alliance with Theo than beating him, which is great because having Lassic David and his men will be a plus for Lord Theo. 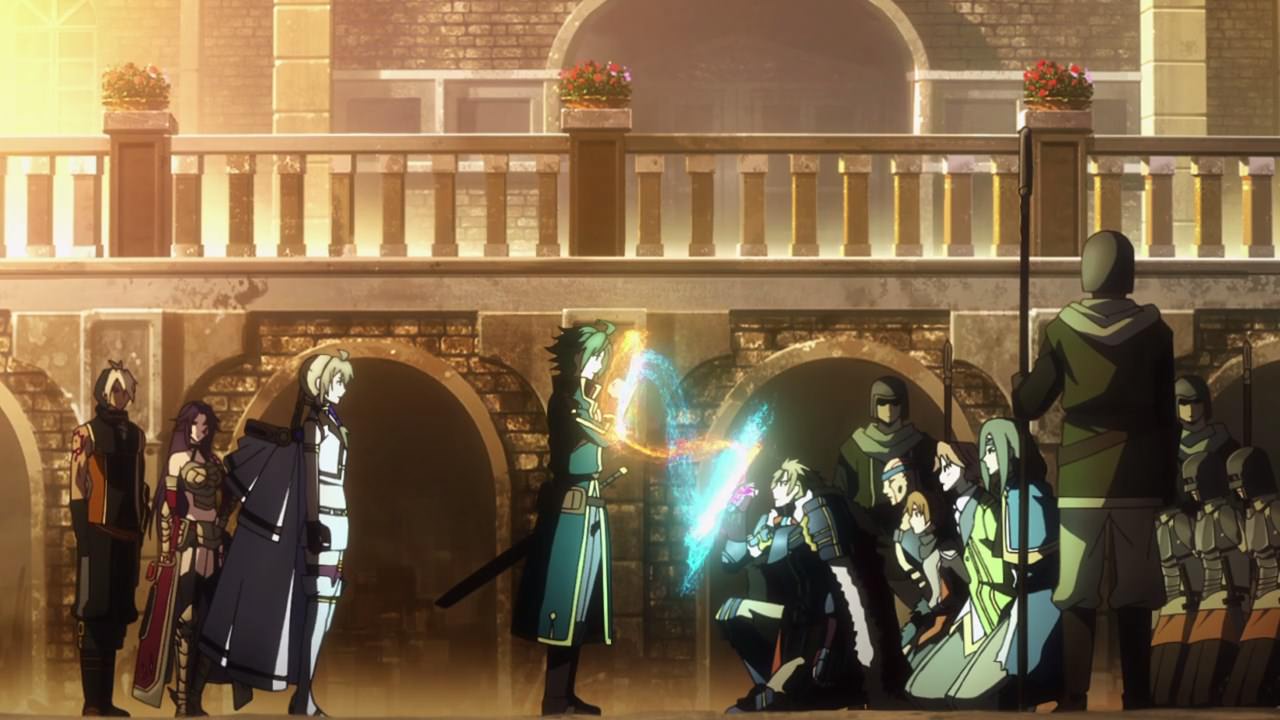 With that said, Theo took Lassic David’s crest and once he gets it, Theo’s crest will reach the level of baron where he’ll make Lassic as his subordinate lord. 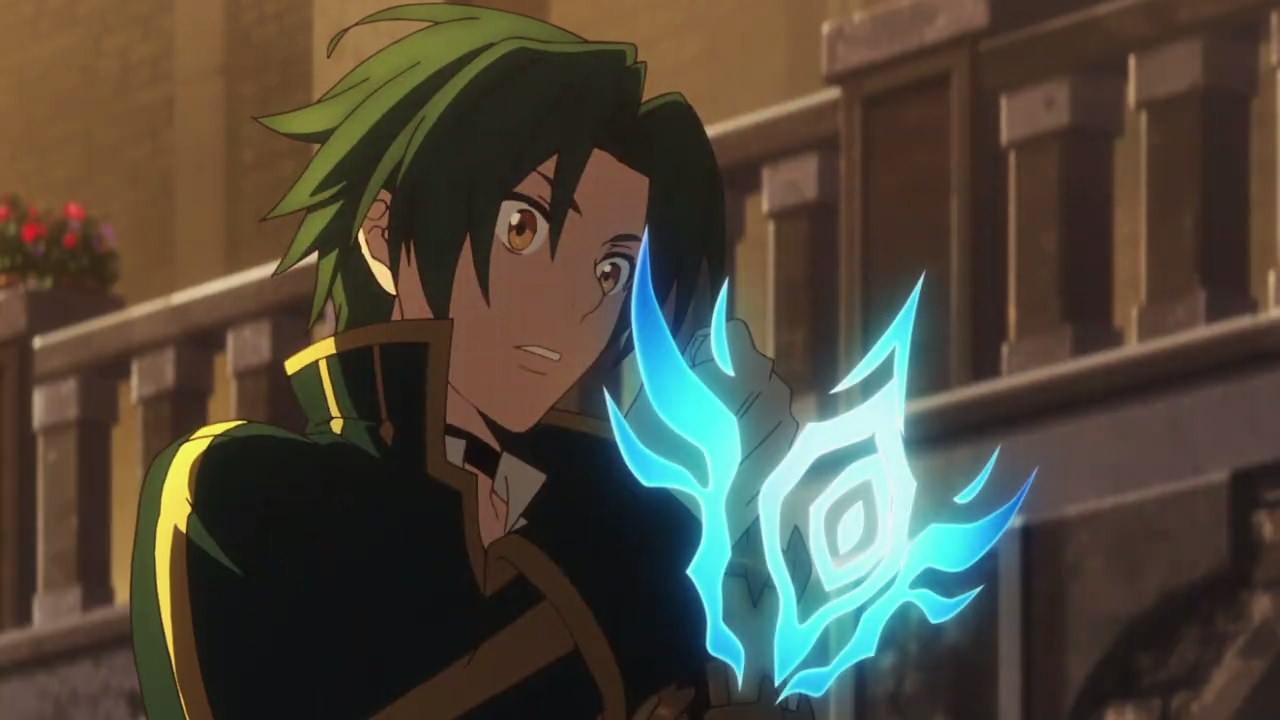 In any case, looks like Theo has successfully defended his turf with the help of Siluca and her friends. Not only that, but he got more allies for his cause.

Still, there are rival lords who wanted to take Theo’s domain, so I’m hoping that Theo can beat them and achieve peace within the continent. Anyways, see you next time!