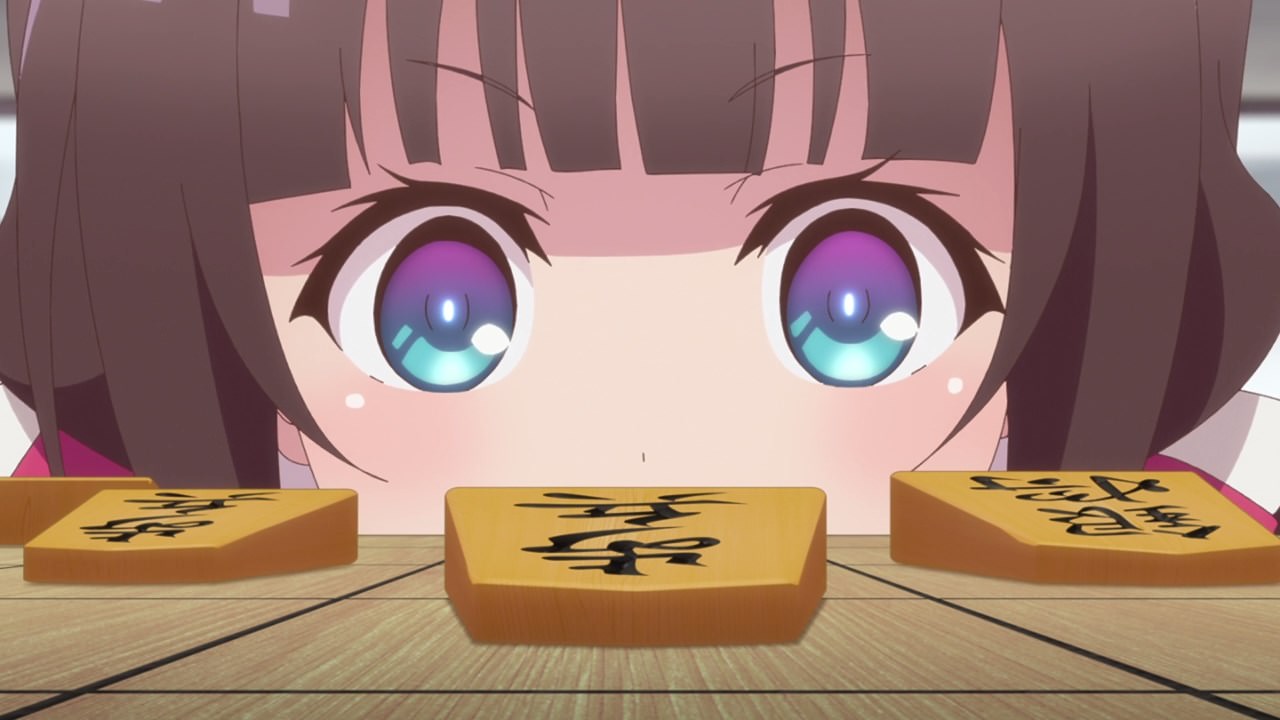 This is Ai Hinatsuru as she focused on finding ways to land an attack against her opponent. You’ll see Ai-chan doing this a lot during her matches. 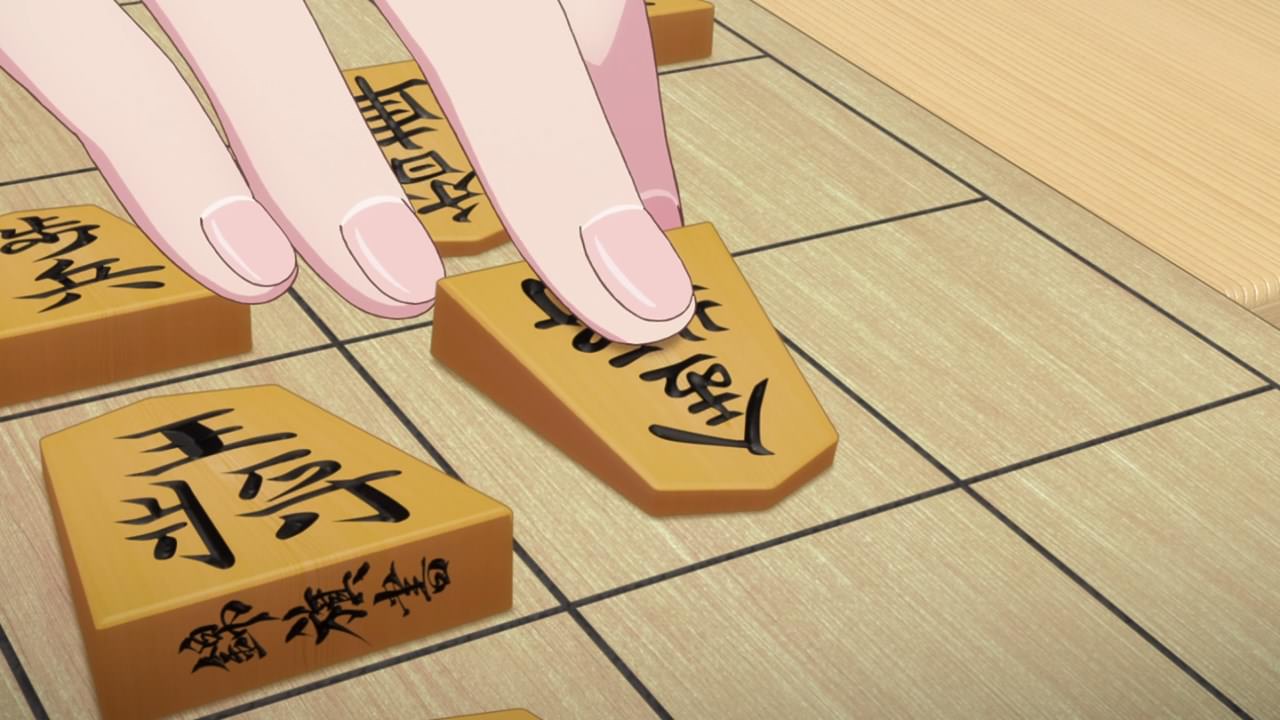 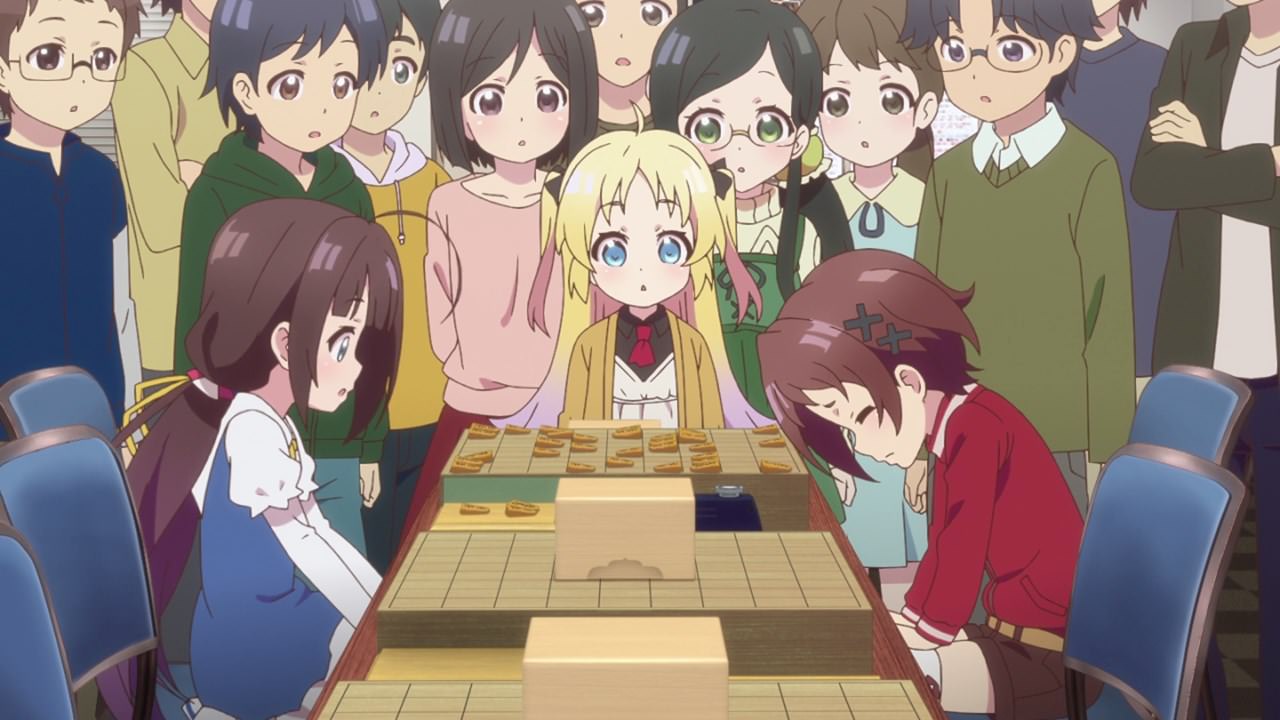 In any case, Ai-chan defeated an opponent and she’s on a roll as kids are impressed at her talent.

I have to say that Ai Hinatsuru really has talent, and having Yaichi Kuzuryuu as her teacher is helpful because Ai-chan might become a shogi champion! 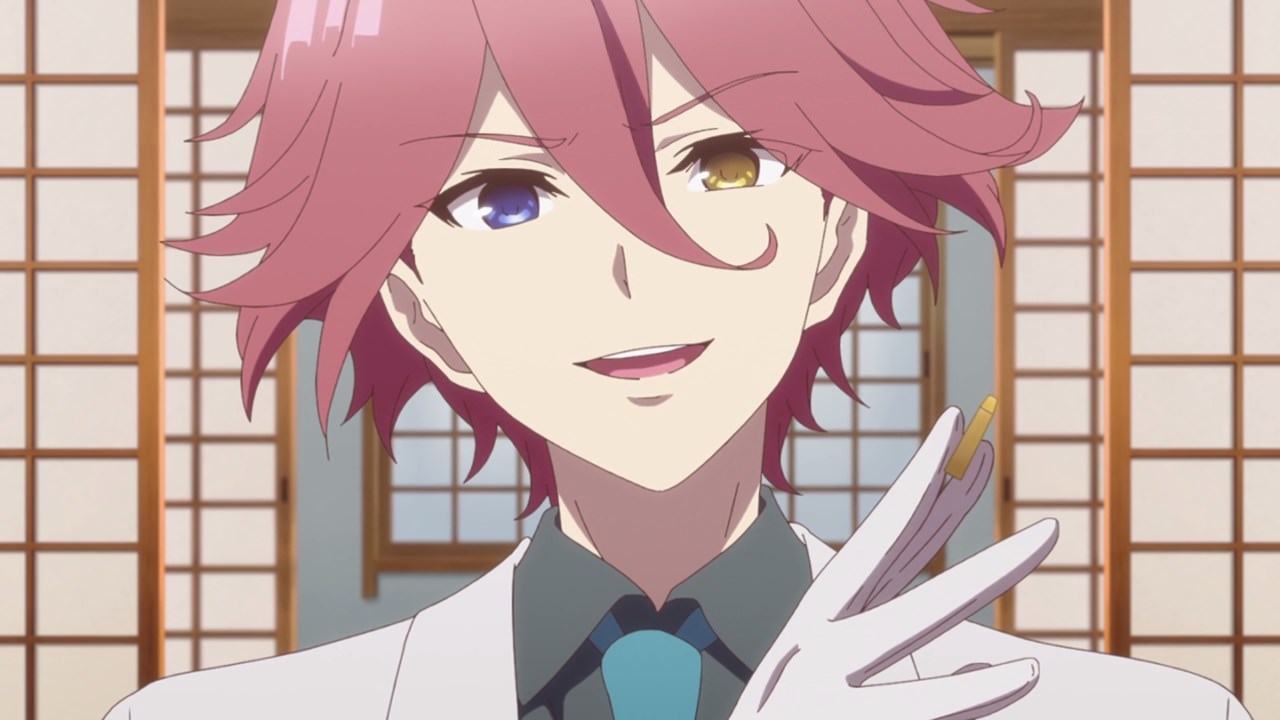 Speaking of Yaichi, he’s fighting against Ayumu Kannabe, a shogi player from the Kanto region who wants to take the title of Ryuuou away from Kuzuryuu. Oh yeah, and Ayumu calls himself the eternal rival to Yaichi. Hmm, that sounds like Harunobu Nikaidou, thanks to Nobuhiko Okamoto voicing both characters.

In any case, Ayumu Kannabe’s relentless attacks has put the title holder of Ryuuou (or Dragon King according to Ayumu) into the corner, which Yaichi Kuzuryuu couldn’t land a counter-attack at the moment. 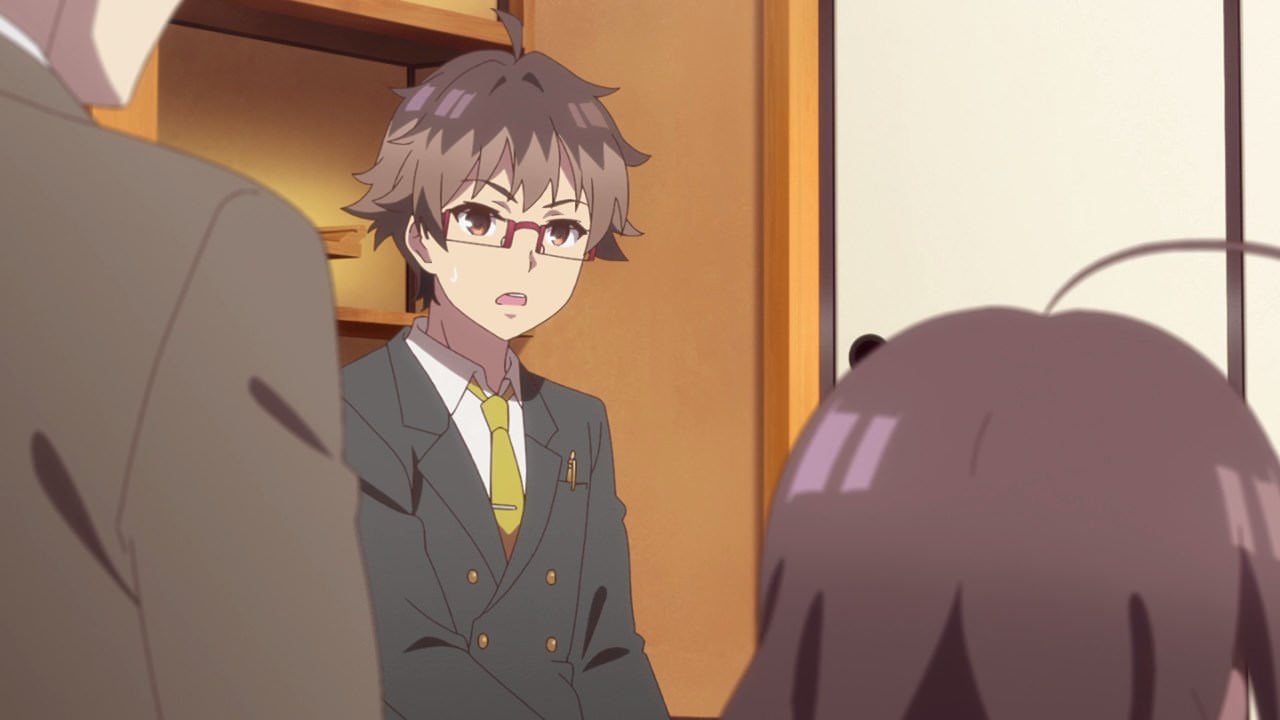 However, Yaichi got some inspiration as Ai Hinatsuru is here to see her master win the match. 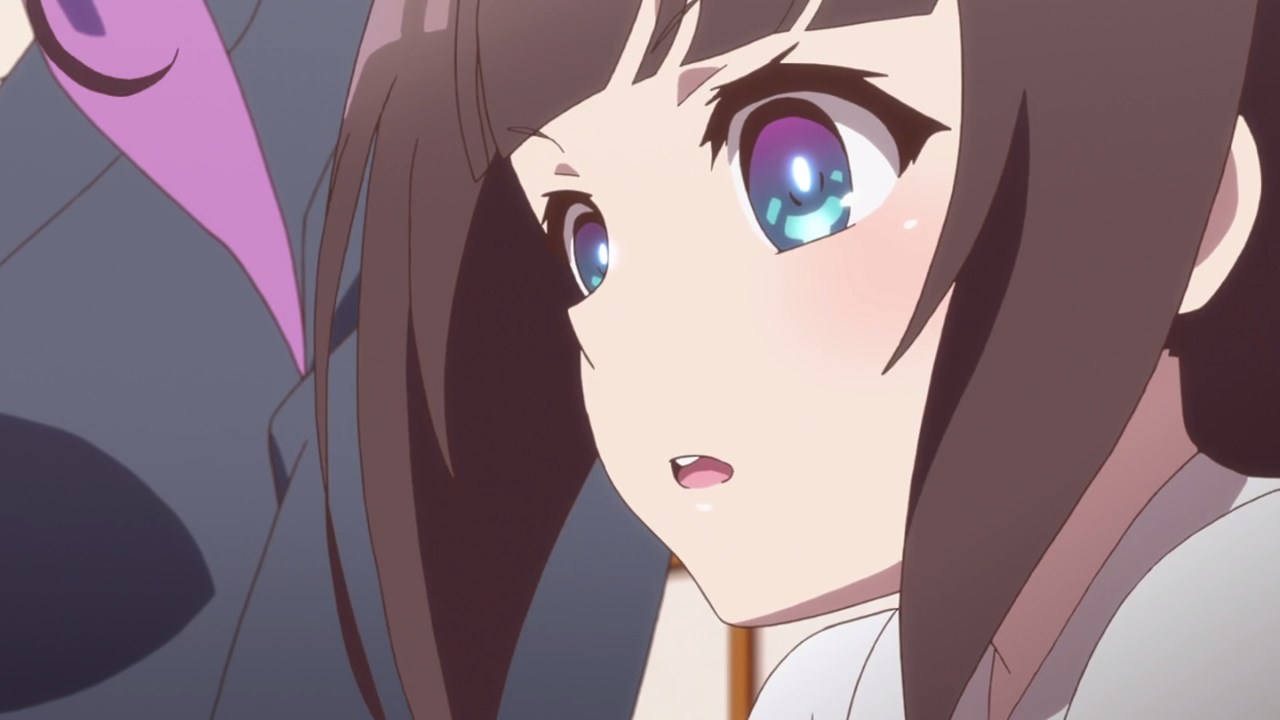 And as you can see, she has that same face where Ai-chan is finding ways to attack the opponent. All I can say that she’s really focused on winning the game instead of losing. 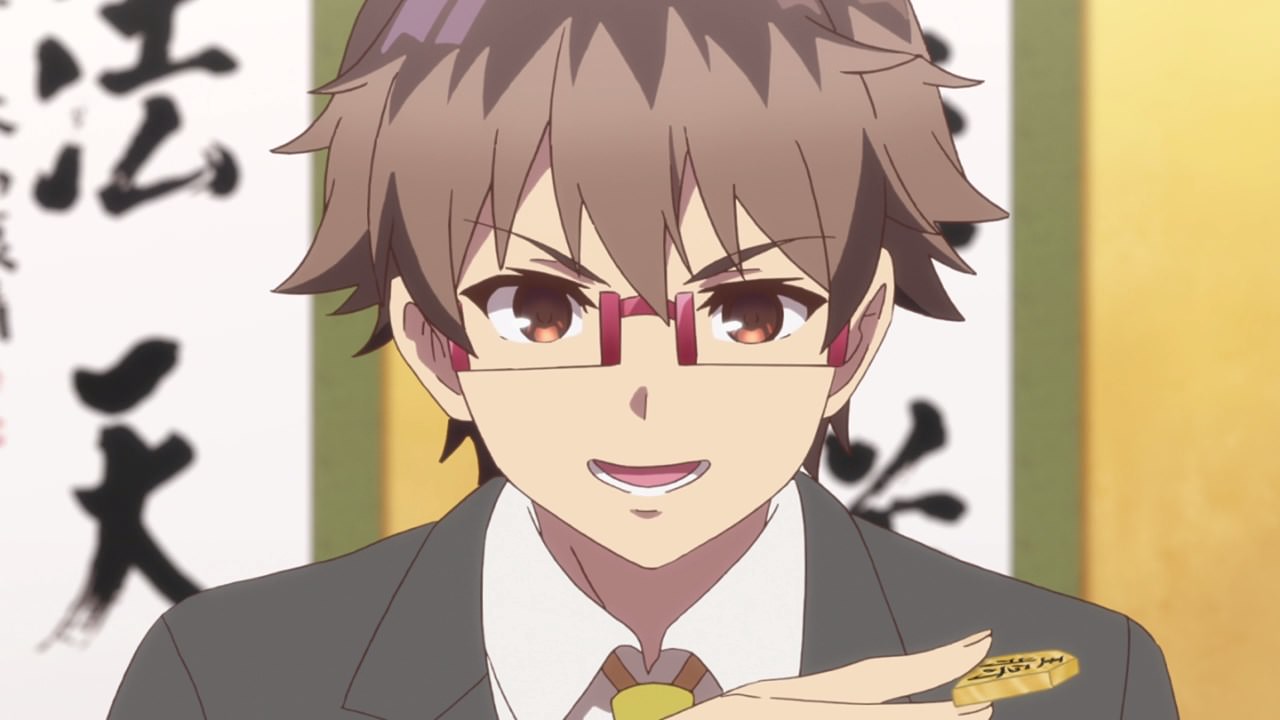 But thanks to Ai-chan’s appearance, looks like Yaichi Kuzuryuu will try to take the win over Ayumu Kannabe instead of facing defeat. I hope he can pull off a comeback! 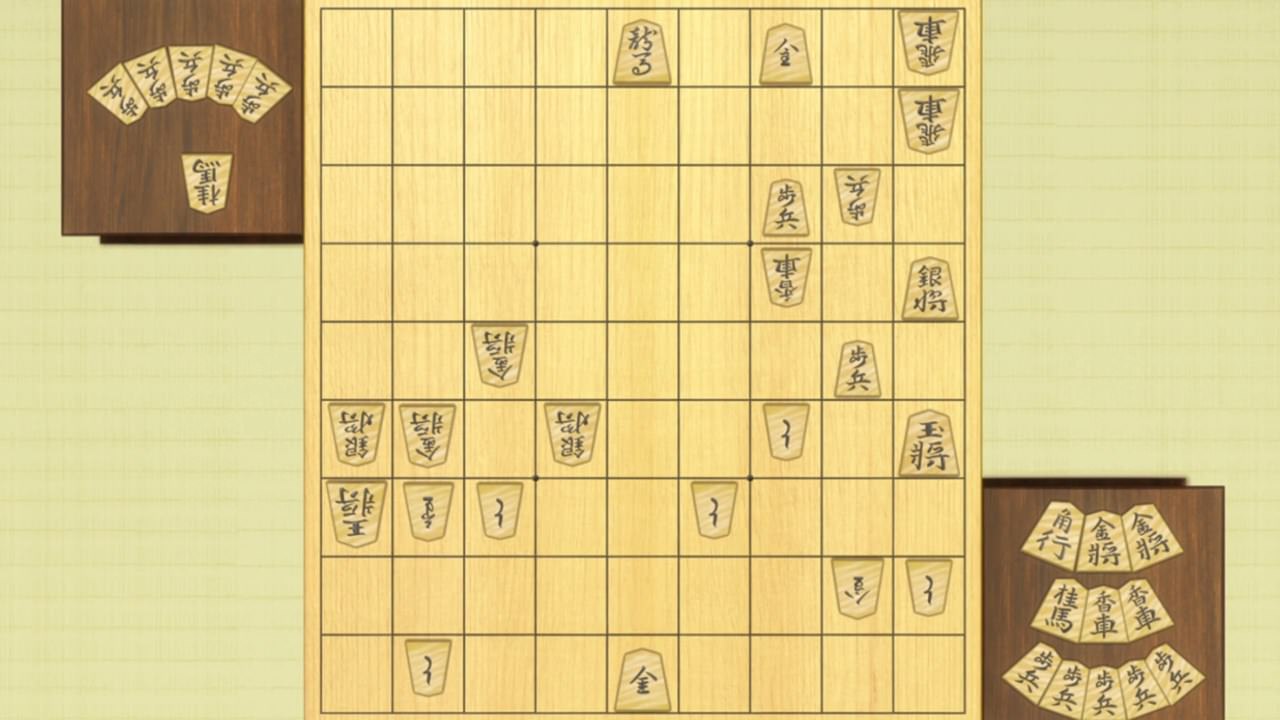 Anyways, the match has ended at 3:48 AM with a whopping 402 moves committed by both players. With both players are tired, the question is who won this match? 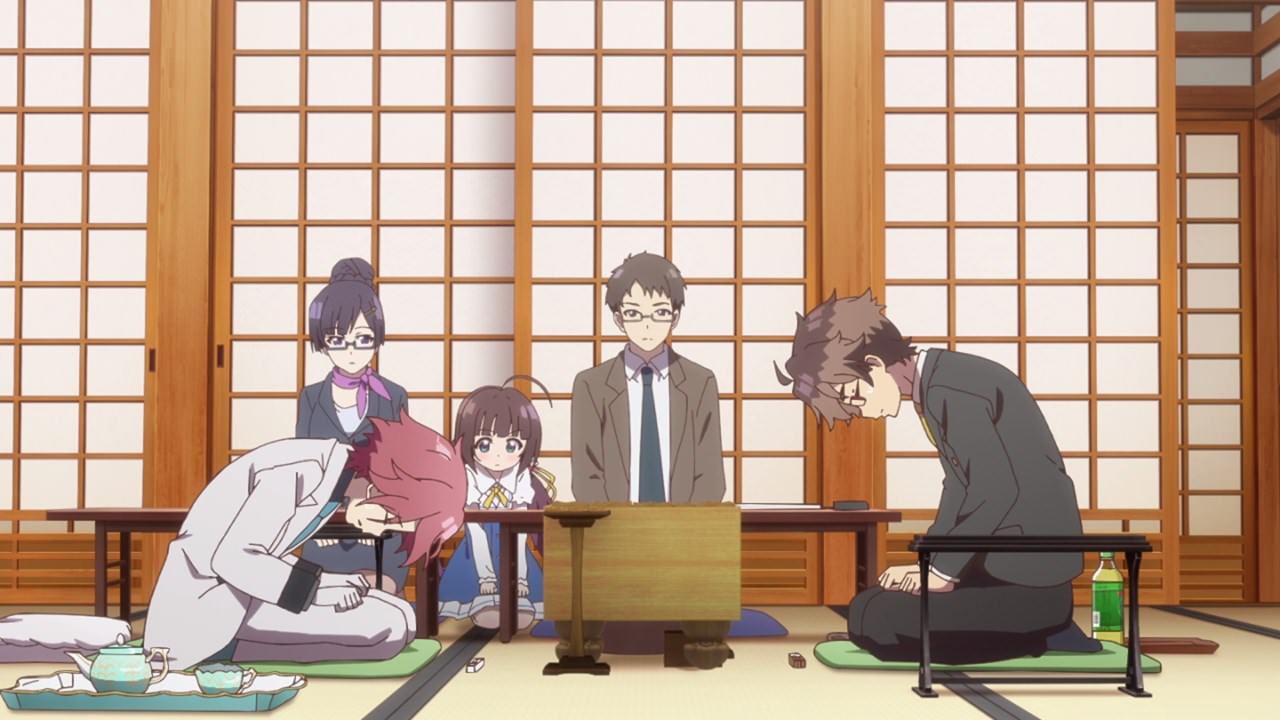 Why it’s none other than Yaichi Kuzuryuu as he survived thanks to Ai Hinatsuru’s motivation and won over Ayumu Kannabe.

As for Ayumu, he conceded… and he’s freaking tired as it turns out that Kannabe needs some sleep to deliver some tofu. Well, seems that Yaichi took advantage of Ayumu’s lack of endurance. In any case, what’s important is that Yaichi Kuzuryuu won! 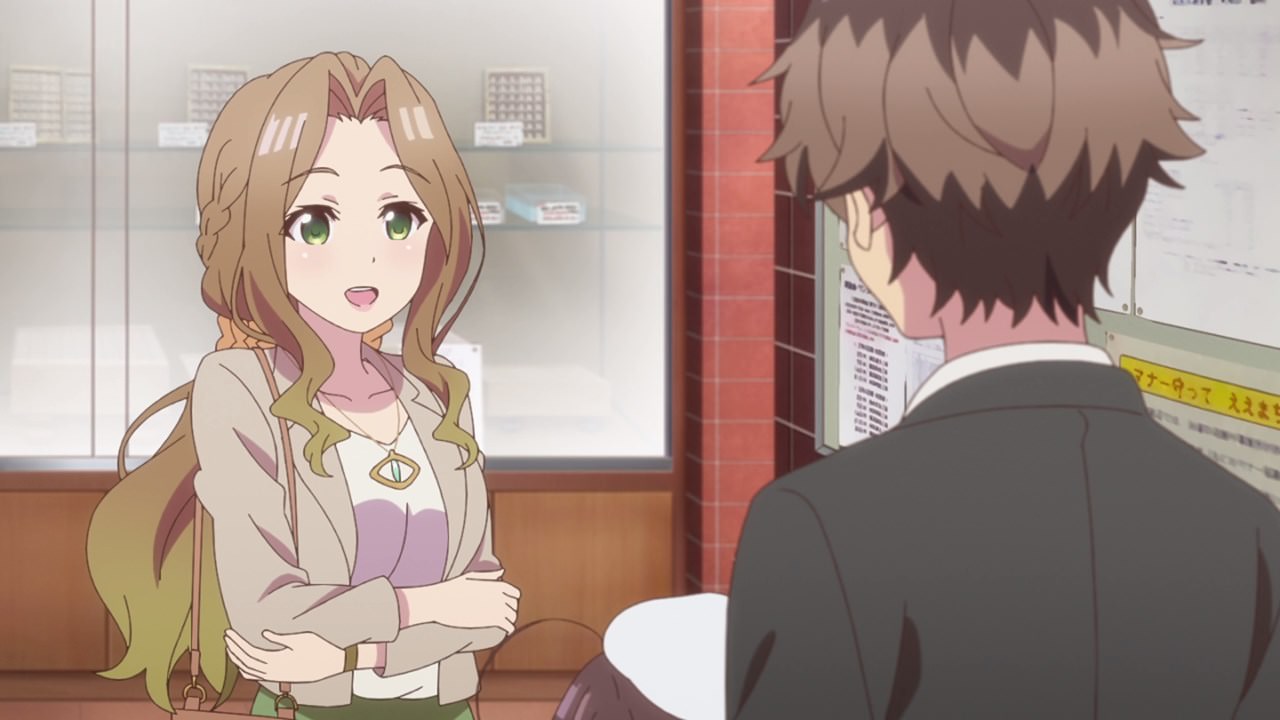 After the match, Yaichi Kuzuryuu is greeted by Keika Kiyotaki where she takes care of Ai-chan when Yaichi is having a long match against his opponent. He doesn’t want Ai-chan staying up late.

Oh yeah, and Keika Kiyotaki wants to become a professional shogi player, but she failed to pass the entrance exam so it’s her last chance to become one before Keika-san hits 25 years old. 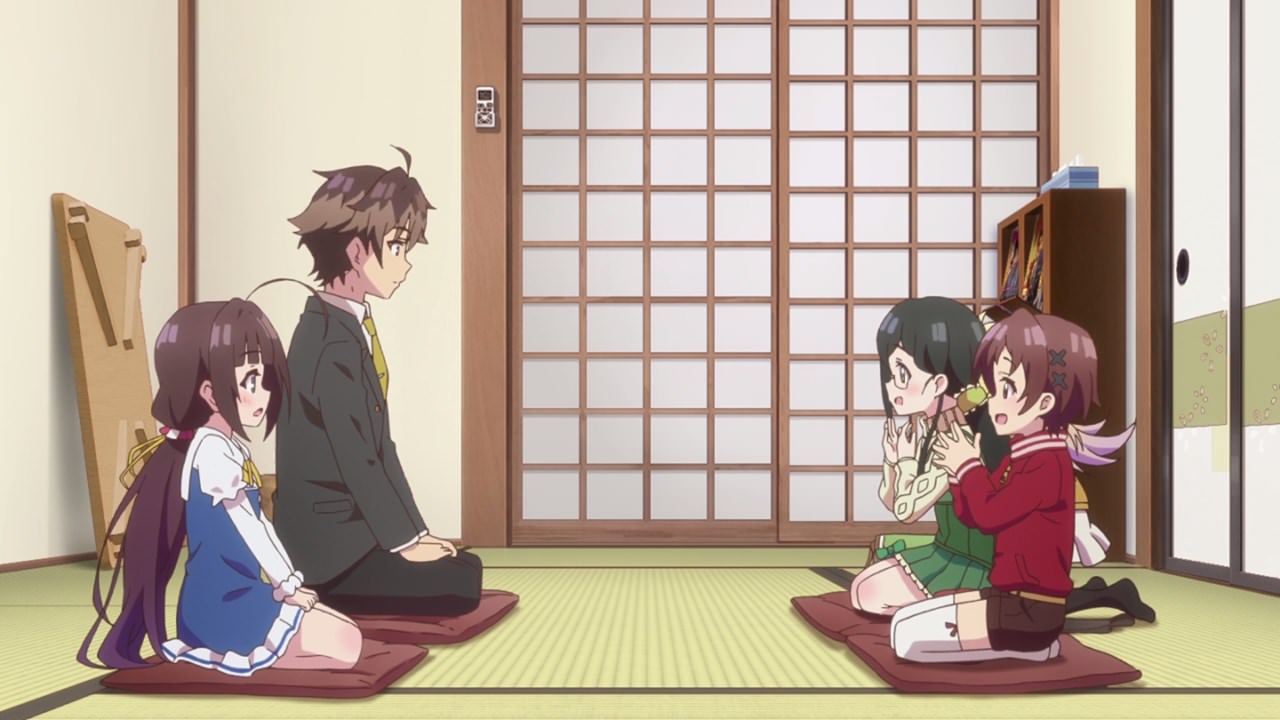 Anyways, let’s move onto the next scene where Ai Hinatsuru invited her peers for a training camp with Yaichi Kuzuryuu which includes Mio Mizukoshi, Ayano Sadatou… 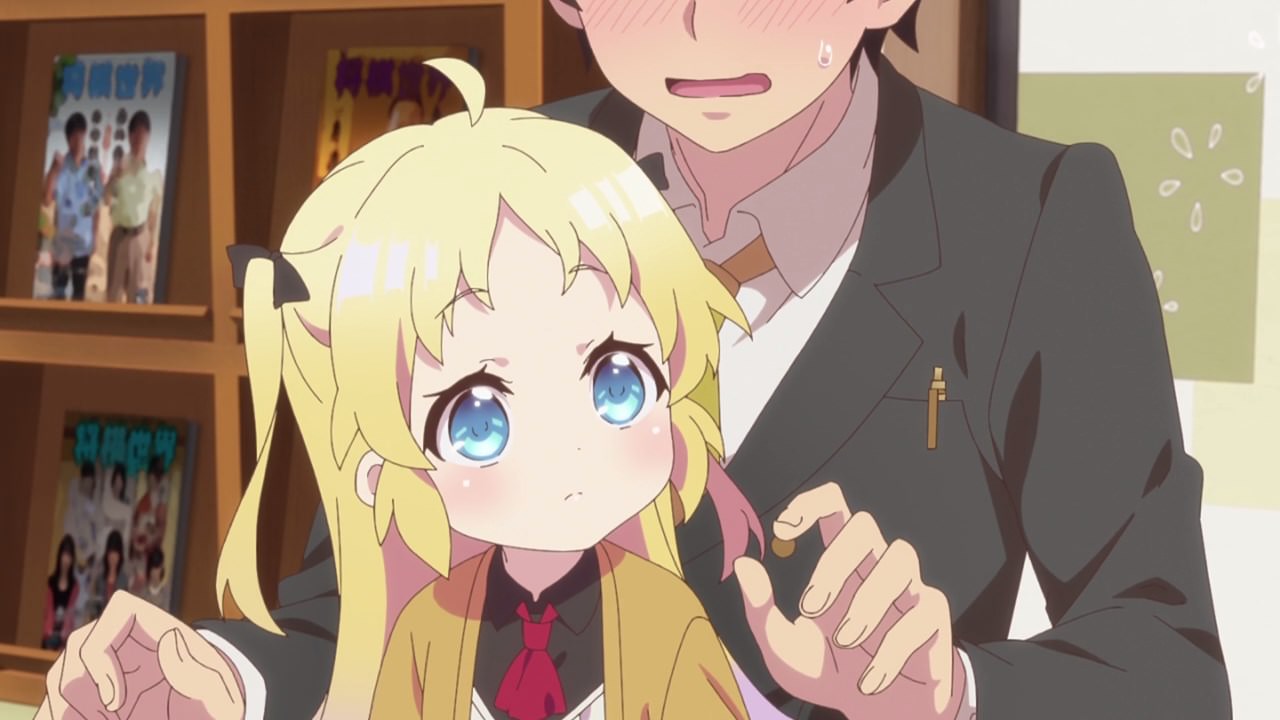 …and Charlotte d’Izoard who is very attractive towards Yaichi. Um, he’ll get in trouble if Ginko Sora saw him sleeping with the girls. 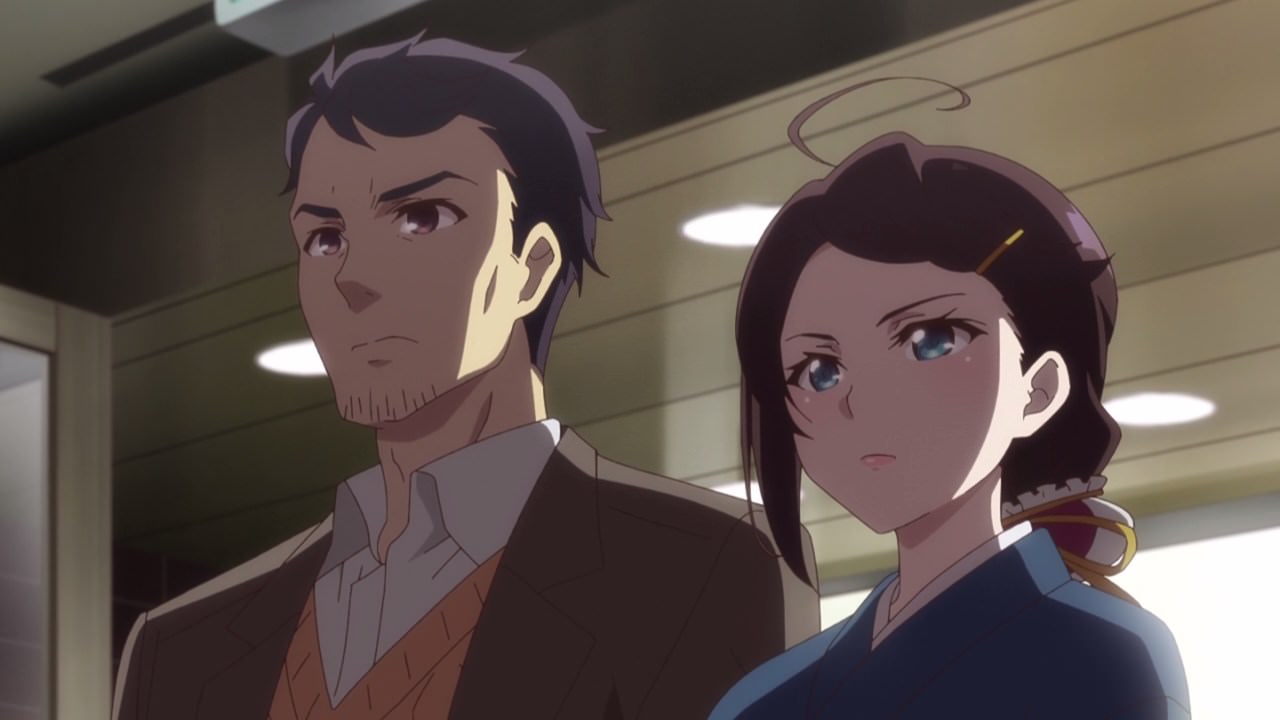 Finally, I would like to introduce to Ai-chan’s parents where Takashi and Akina Hinatsuru are here to pick their daughter up and take her home. But more importantly, Akina-san told her daughter to stop playing shogi as there’s no future for her.

Of course, Ai Hinatsuru told her mother that she can do it as Ai-chan has Yaichi Kuzuryuu as her mentor. I mean, it’ll be a waste of talent if Ai-chan couldn’t play. In any case, Akina-san gave her daughter a chance to show that she can play shogi, but she told Ai-chan to win all 3 matches during the entrance exam. Well, that’s a tall order!

Anyways, let’s hope that Ai-chan can win it all on the next episode ’cause her career depends on the results during the entrance exams.