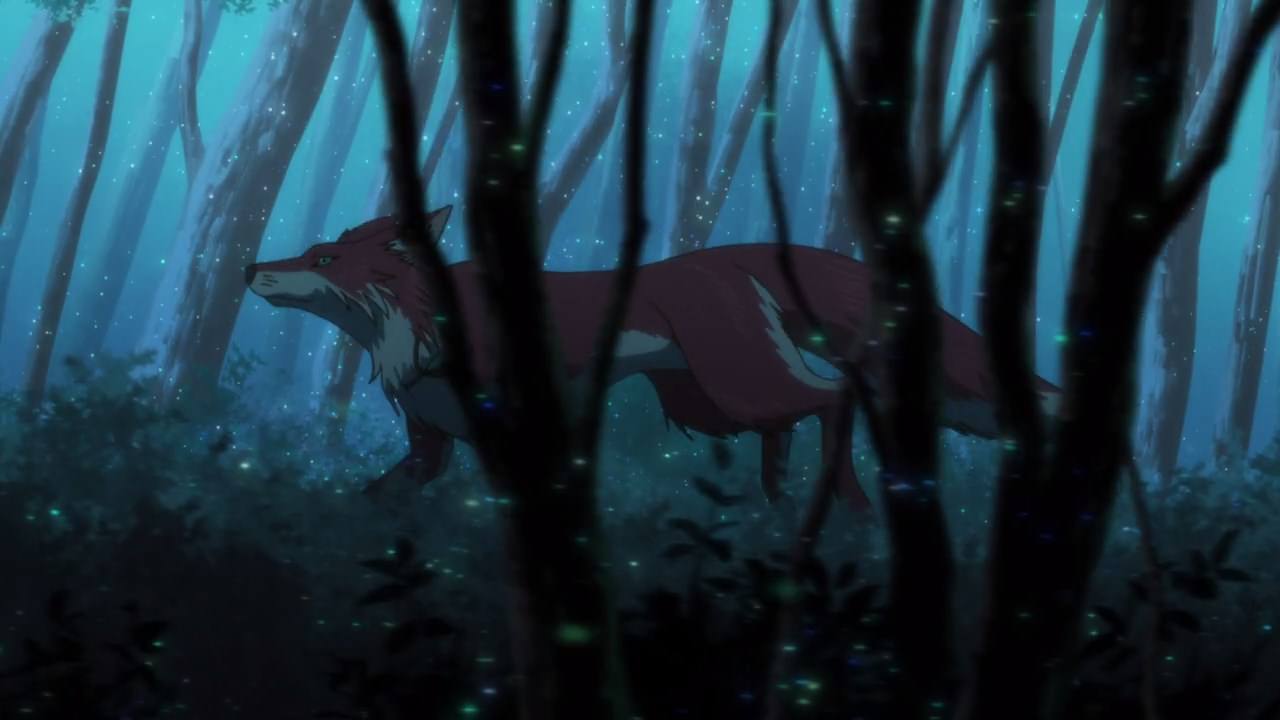 So it appears that Ashen Eye has turned Chise Hatori into a fox where she’ll live freely in the forest. What. The. Hell! 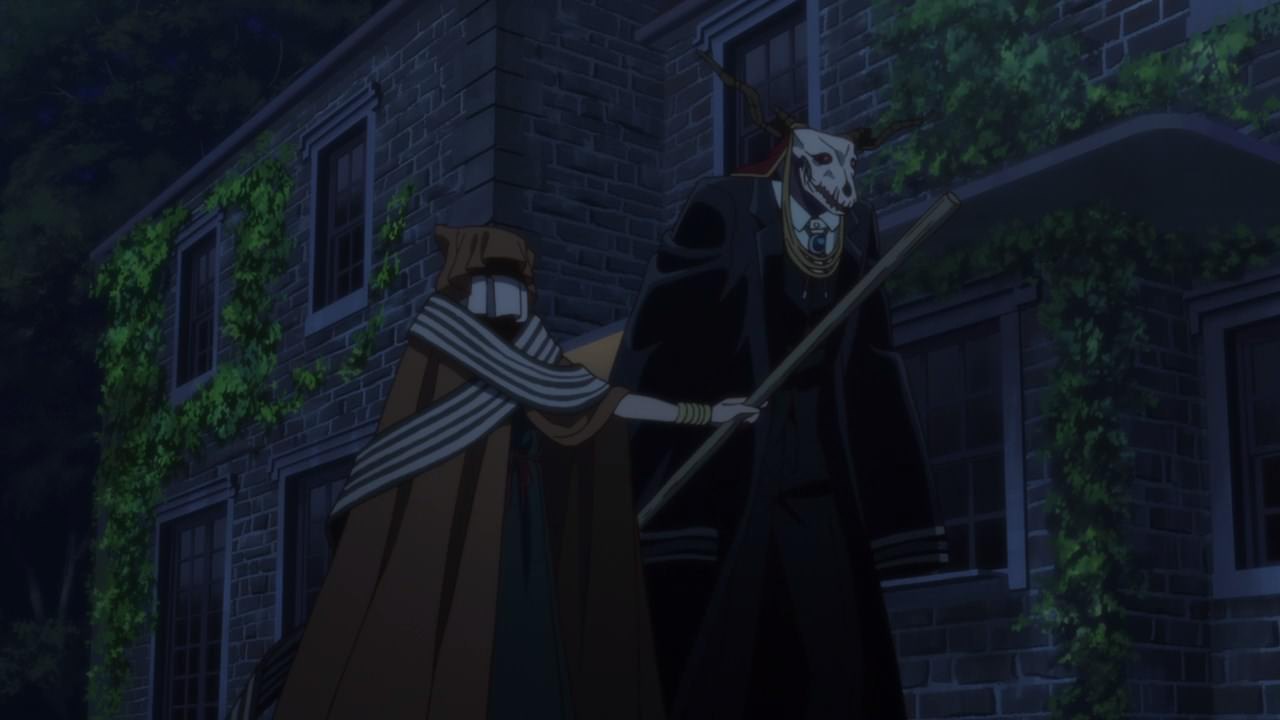 Seriously, what was the Ashen Eye thinking when he put a fox fur coat over Chise? I don’t get his logic that I feel that this mage is trolling Elias Ainsworth.

Anyways, looks like Elias will have to bring Chise back… 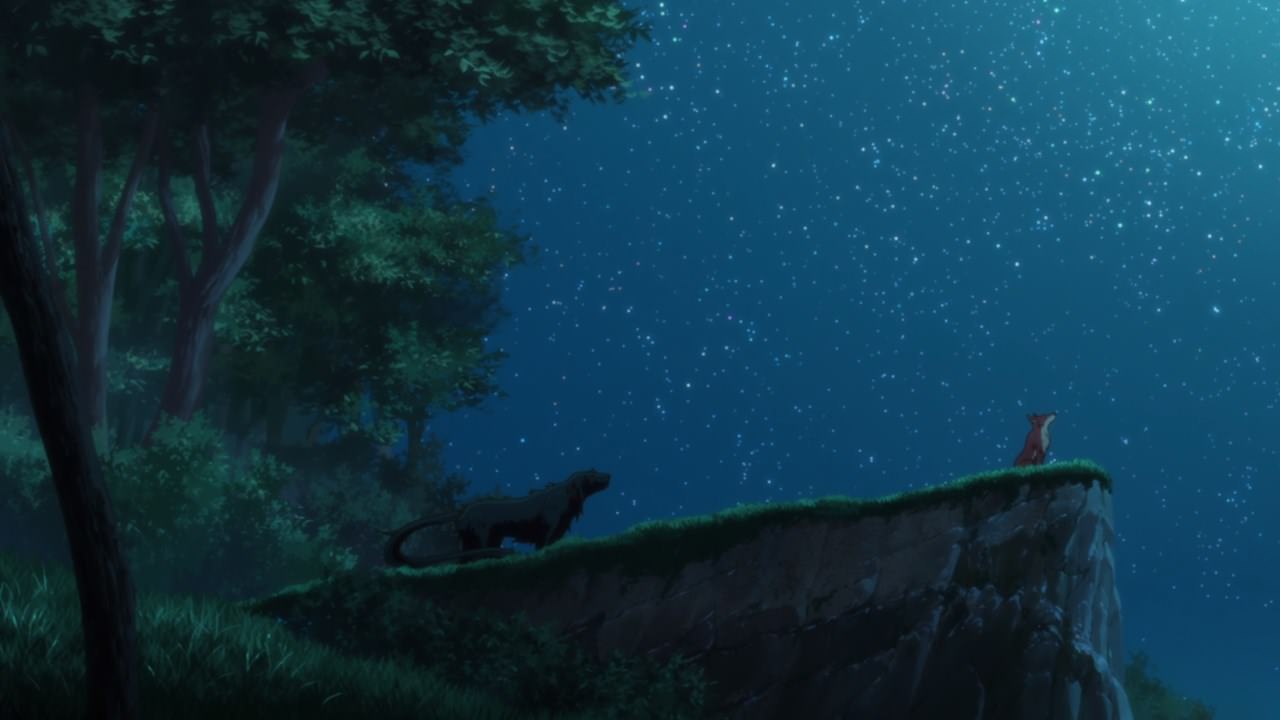 …as she’s about to travel far away from civilization. Then again, she might die there because Chise Hatori is a Sleigh Beggy.

So, Ruth tries to convince her to stay with Elias Ainsworth, but he later gave up as Ruth decided to join with Chise. 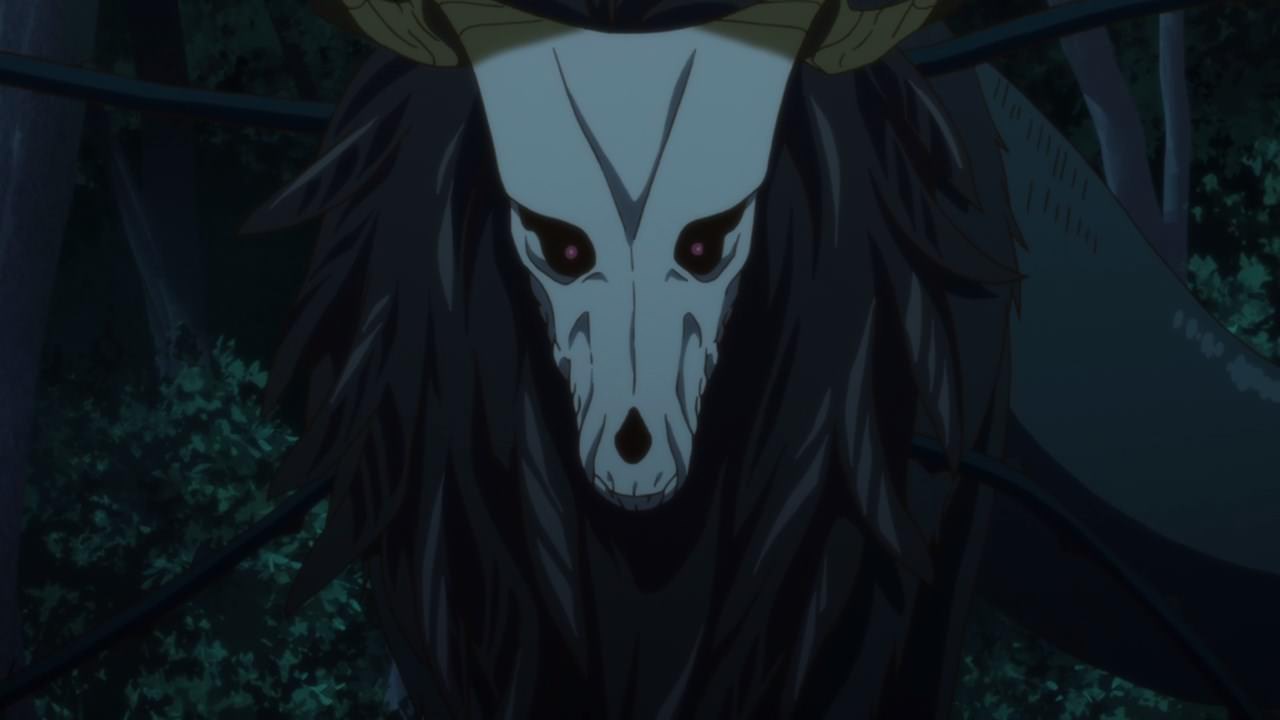 That’s until Elias Ainsworth arrived to bring his bride back. I mean, it’ll be lonely and cold without Chise Hatori around. 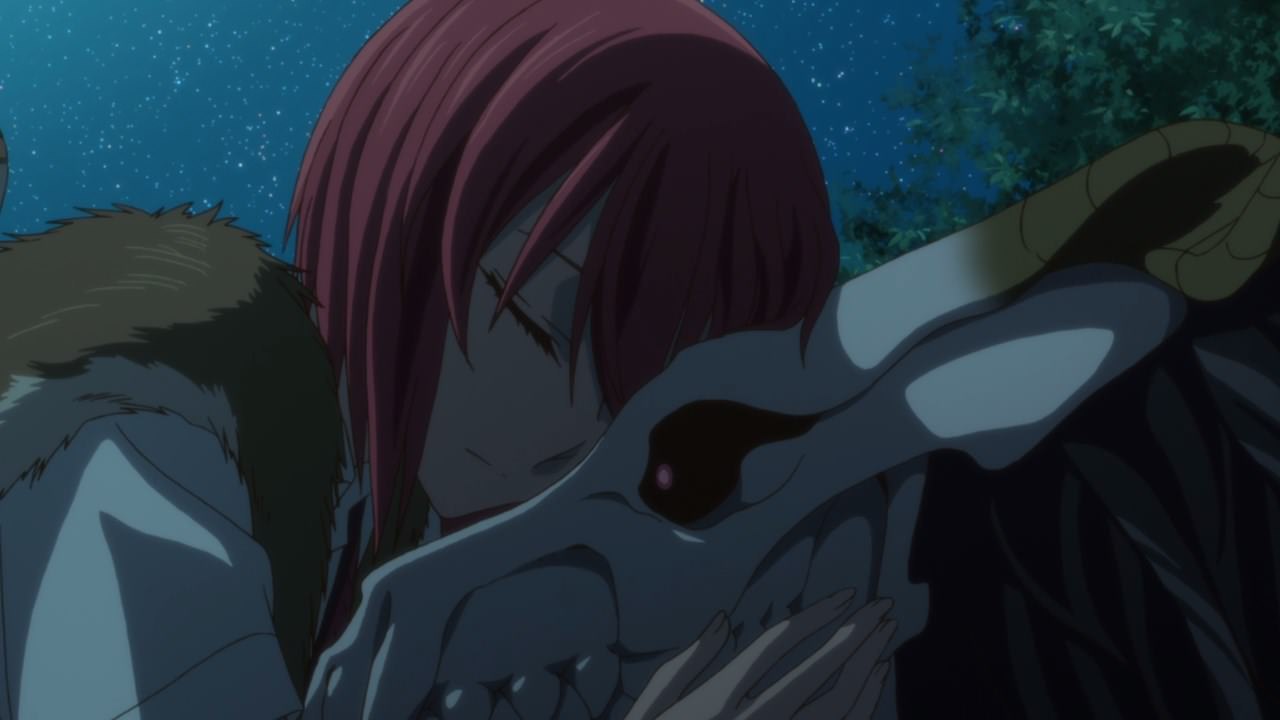 In any case, Chise Hatori has reverted back to her human form and return to Elias Ainsworth. Yeah, it’s much better than travelling to the wilderness.

As for the Ashen Eye, he just disappeared but this cheeky mage told Elias that Chise can keep the fox fur coat. Then again, she won’t use it at all! 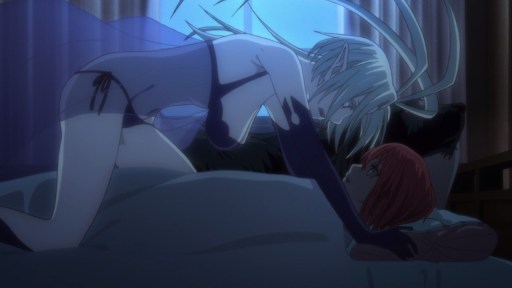 Meanwhile, it appears that the Leanan Sidhe is crying Chise for help as Joel Garland couldn’t wake up. 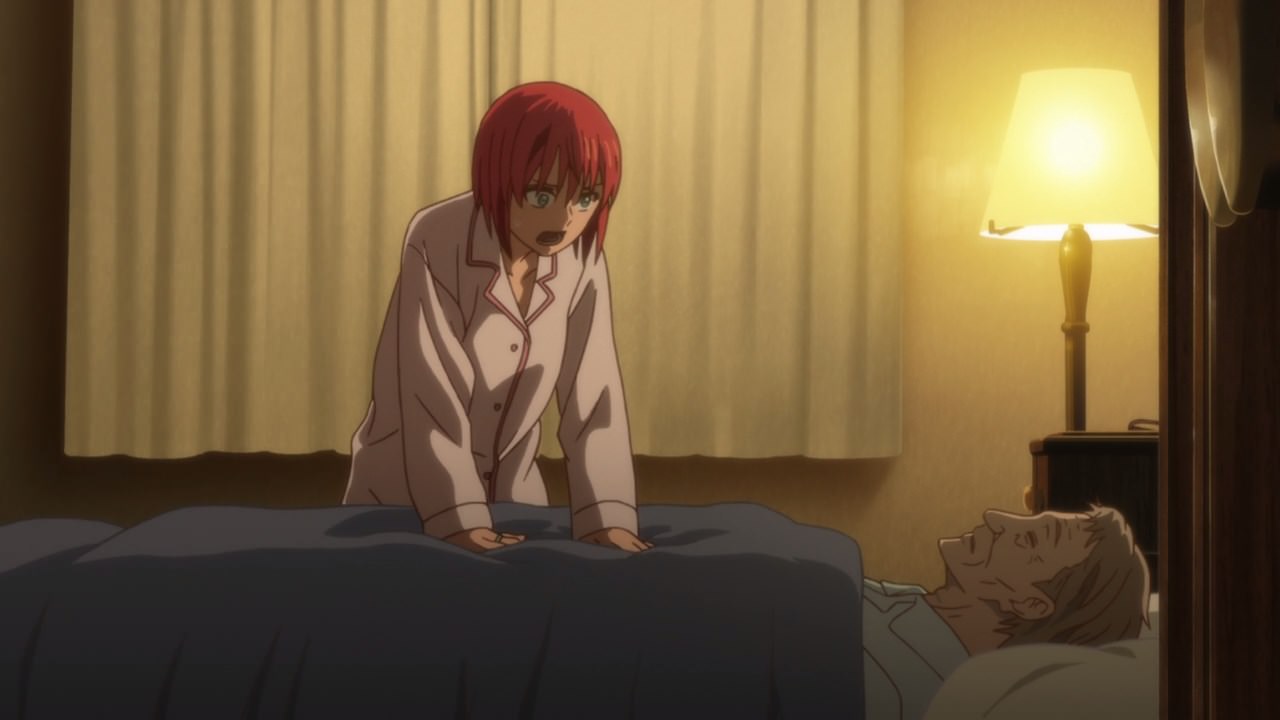 So, Chise went to Joel’s house and check on him to see if Joel Garland is breathing.

While Joel is still breathing, he has a week left to live and Chise don’t want him passing on without seeing the Leanan Sidhe. 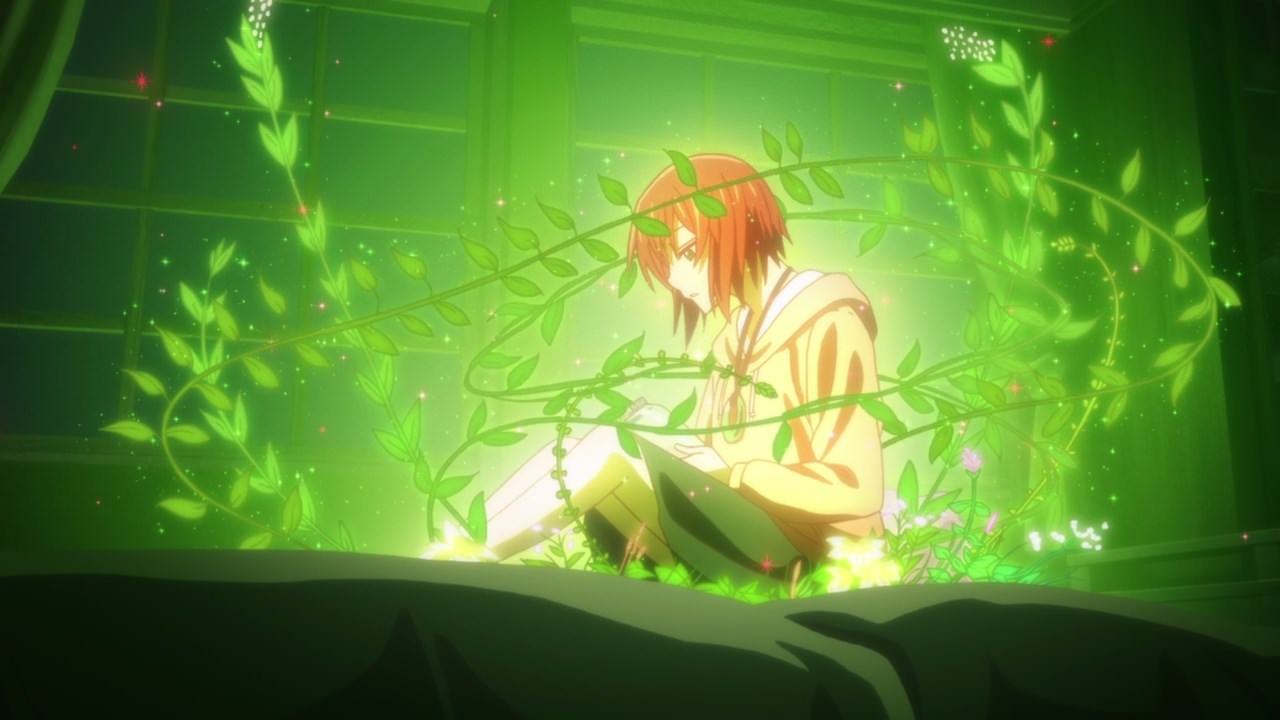 With permission from Elias Ainsworth, Chise Hatori allowed her to make a fairy ointment in which it’ll help Joel on seeing the Leanan Sidhe.

Of course, there’s a risk involved as Chise must create the ointment non-stop for 5 days. Oh, and another risk is that the fairies might notice the ointment as they see it as a threat. C’mon, fairies don’t like getting seen by other people. 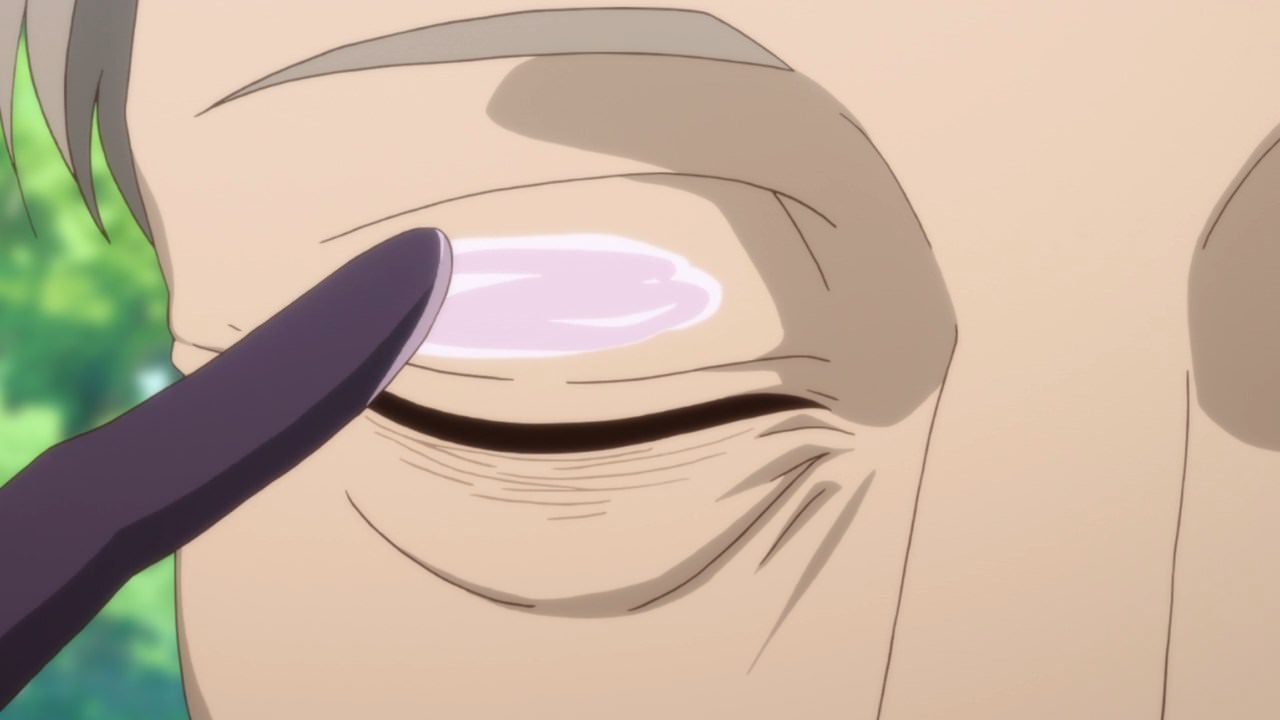 Eventually, she finished the fairy ointment after 5 days of crafting. Well, Chise barely made it as she fell asleep once she’s closer to finishing it.

After she’s done making the ointment, Chise gave one spoonful to the Leanan Sidhe where she applied it onto Joel’s eyelids. 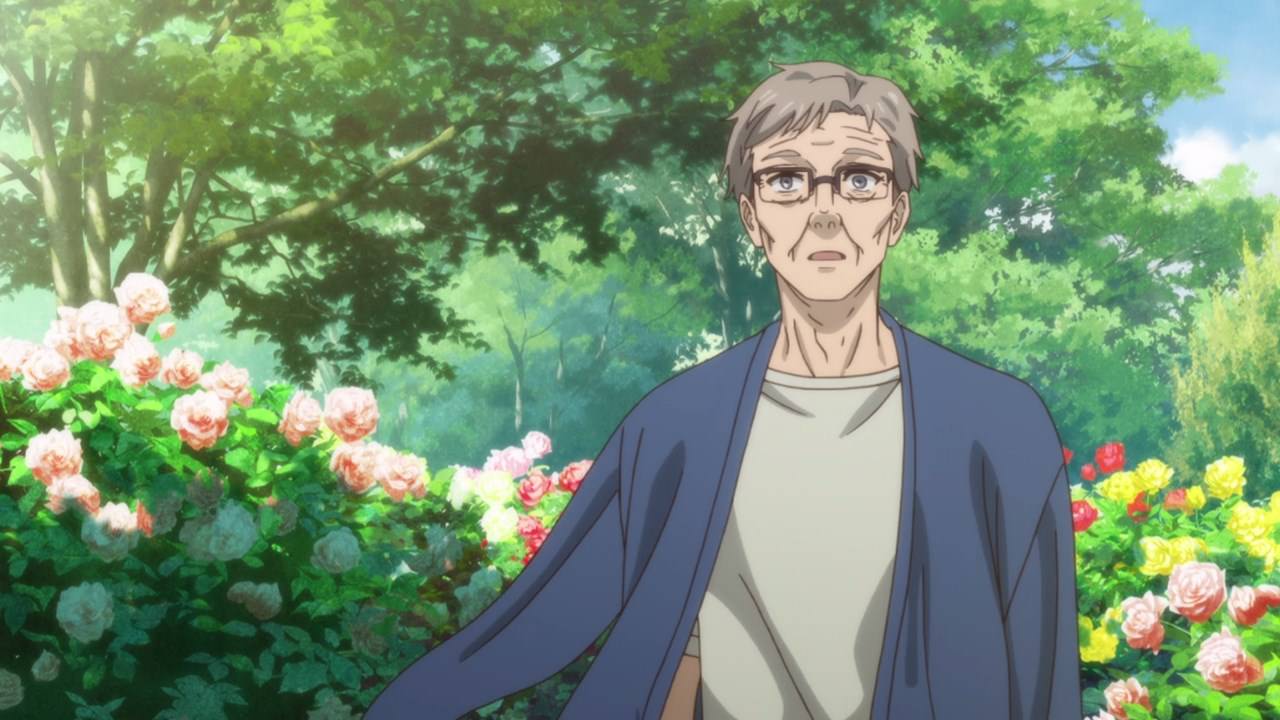 And once he opened his eyes, Joel Garland saw someone who wanted to see her for a long, long time…

That’s right, it’s the Leanan Sidhe and she’s the reason why Joel wasn’t feeling so lonely ever since his wife died. Well, glad that the ointment worked!

Anyways, Joel Garland thanked the Leanan Sidhe for loving him throughout his life. After all, it was the Leanan Sidhe’s appearance that changed Joel’s outlook on life into a cheerful one.

And despite the fear of death looming around him, Joel felt assured because he has someone to look at him before Joel’s time is up. 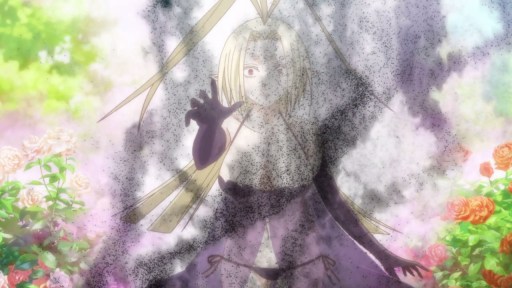 In any case, Joel Garland gave his remaining life force to the Leanan Sidhe as his body disintegrates into ash. Yeah, we’ll miss him so much! 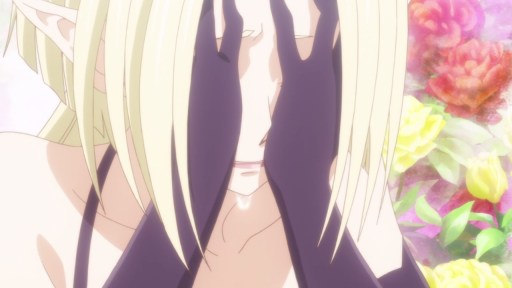 All I can say that it was a bittersweet end to this love story and I’m glad that Joel finally got to see the Leanan Sidhe for one last time. 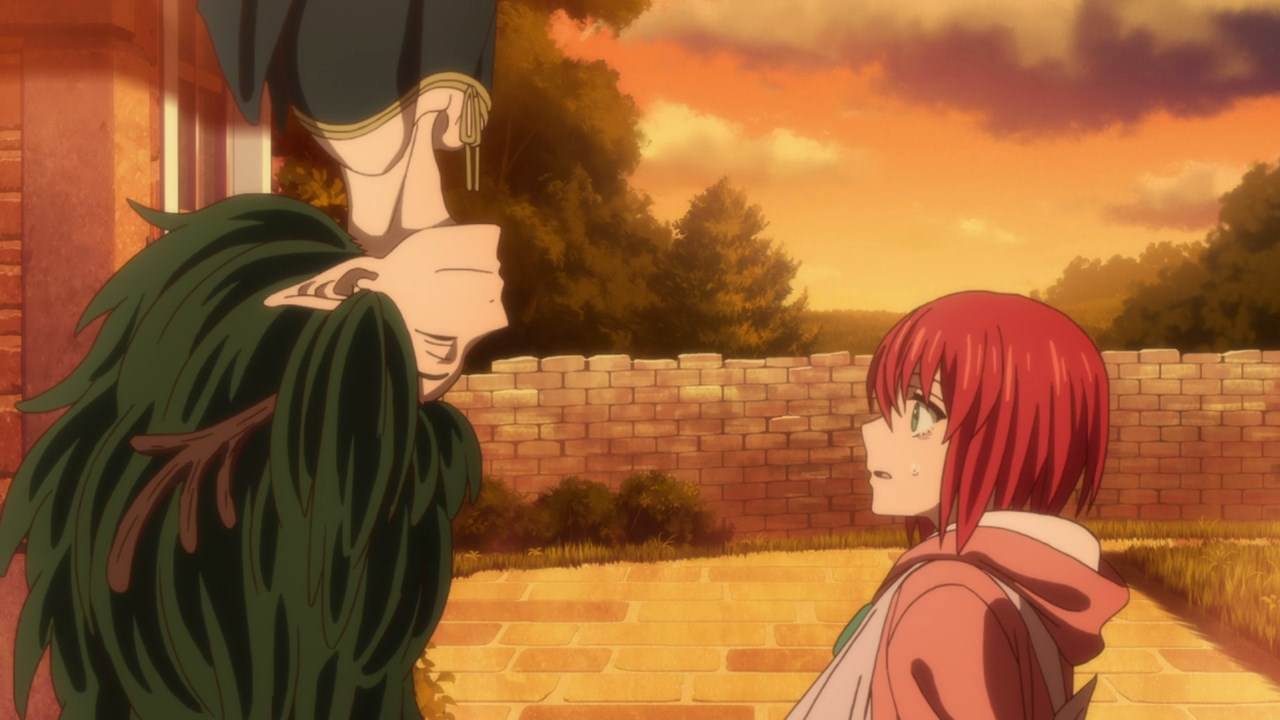 Now that it’s over, it’s time for Oberon to pay a visit to Elias’ place as he wants to take the fairy ointment from Chise Hatori.

I mean, she created the ointment just for Joel Garland so Chise doesn’t need the rest anymore. 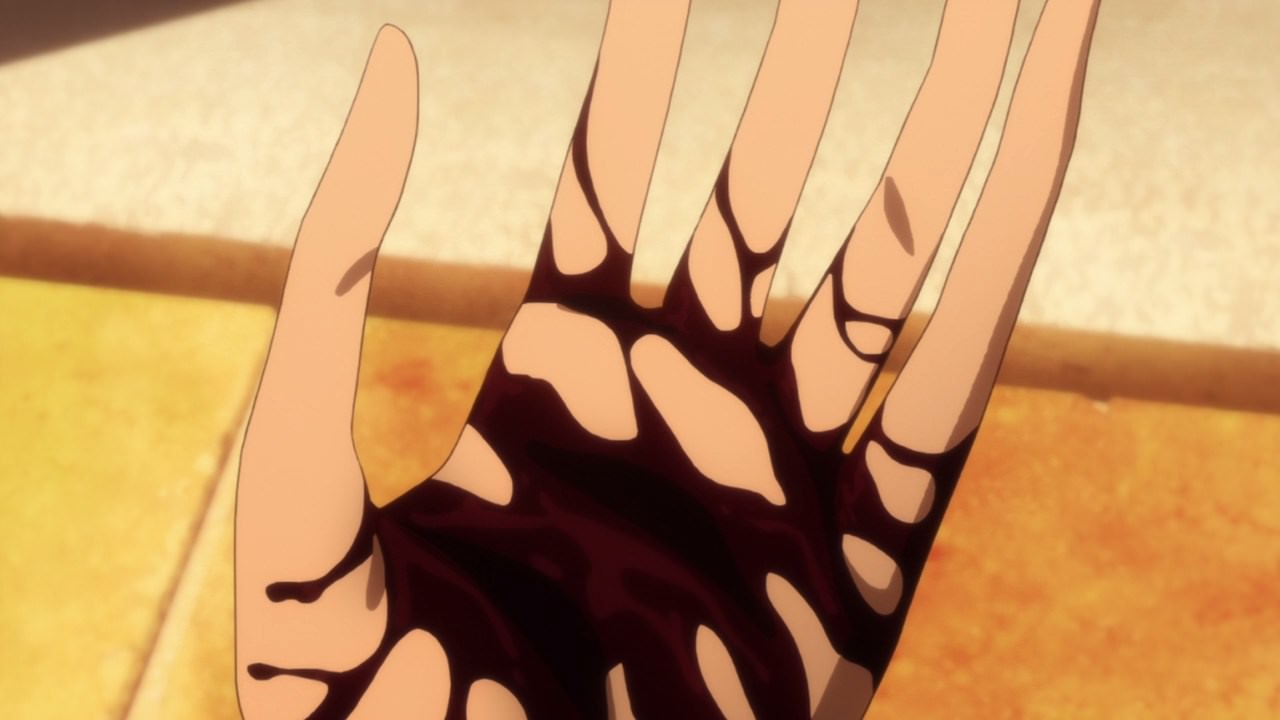 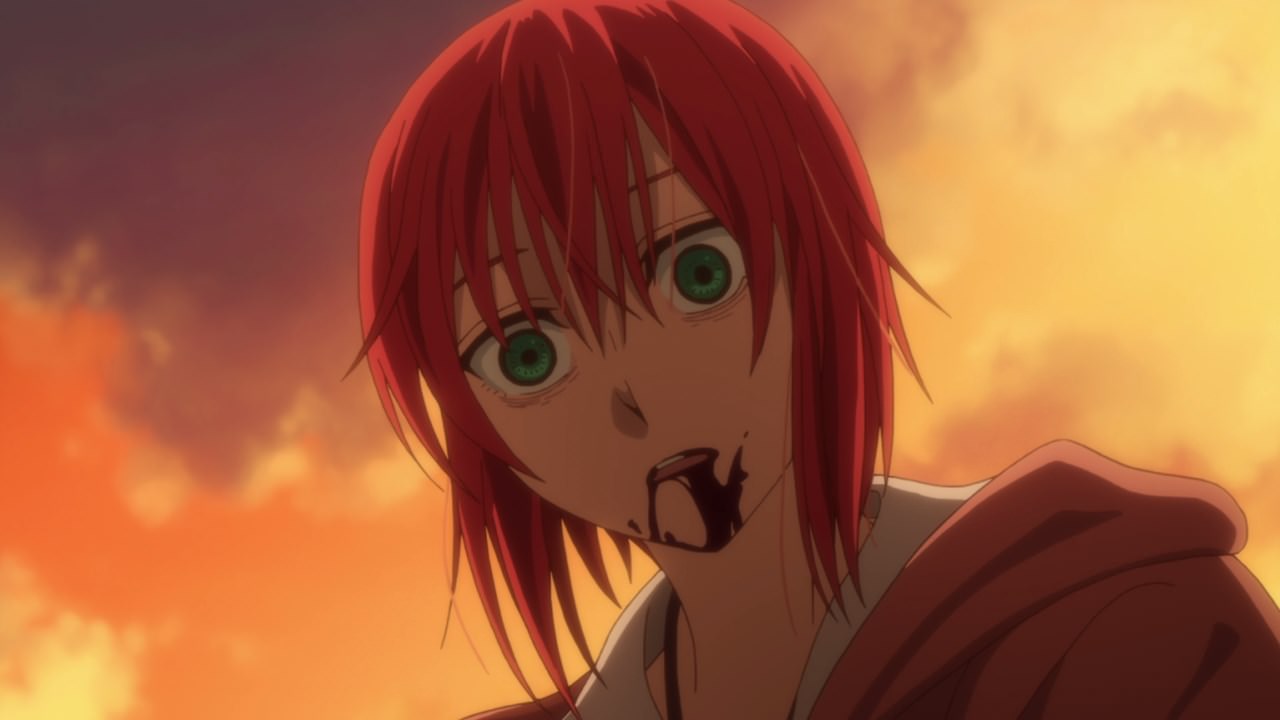 But just before she’s about to give the ointment to Oberon, Chise is coughing a lot of blood. Oh boy, could it be that Chise Hatori is about to die? Say it ain’t so!

Anyways, I’ll see you next time as I’m hoping that Chise Hatori survives…