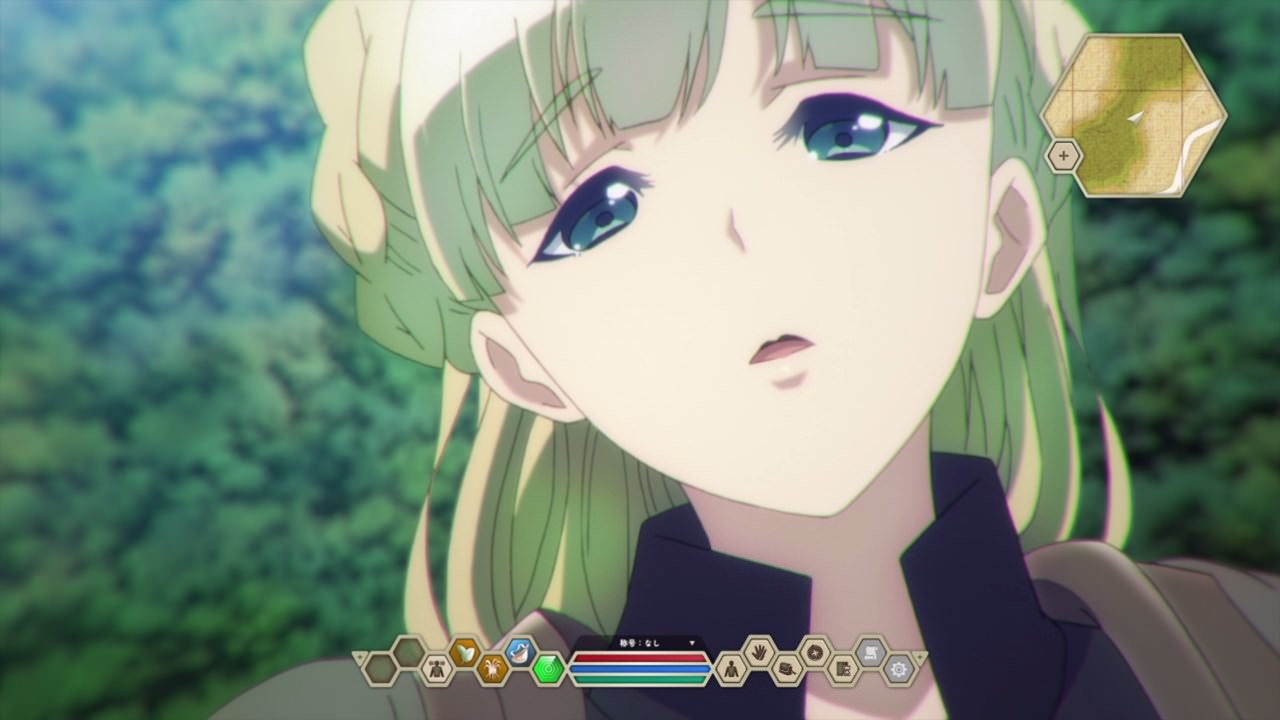 This is Zena Marientail in which Ichiro Suzuki (or Satou) has saved her from certain death in the previous episode. I have to say that Zena is a real cutie! 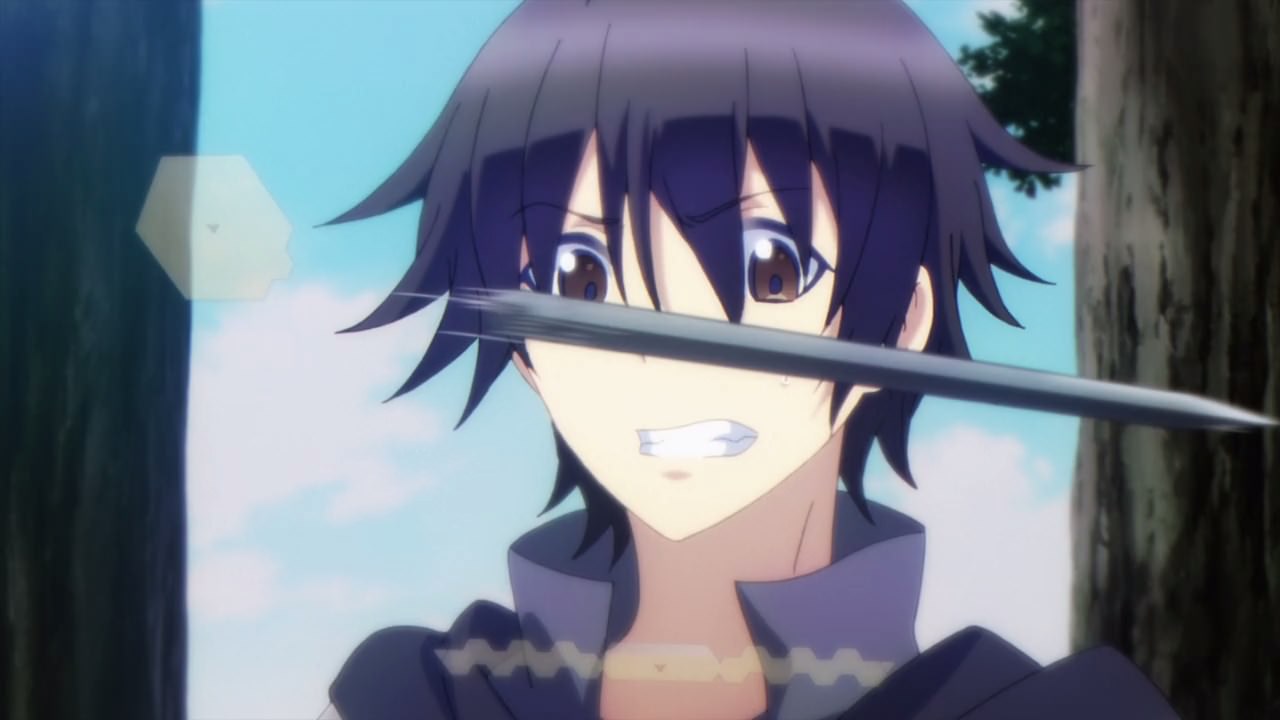 Speaking of Satou, looks like he’s being attacked and damn, Satou almost got hit in the head with a crossbow bolt. 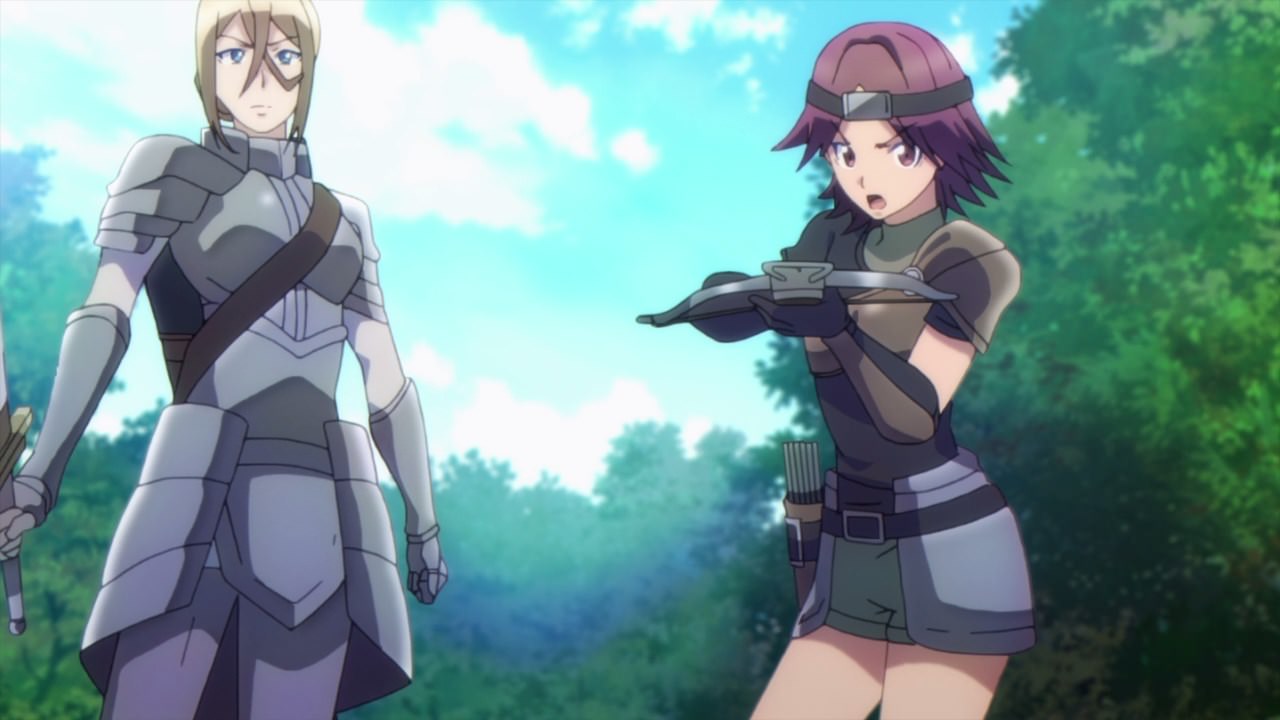 Turns out that Zena’s friends have arrived to apprehend Satou because he’s a threat to Zena Marientail. Despite rescuing her from falling into the abyss, Satou is being treated like a potential predator. 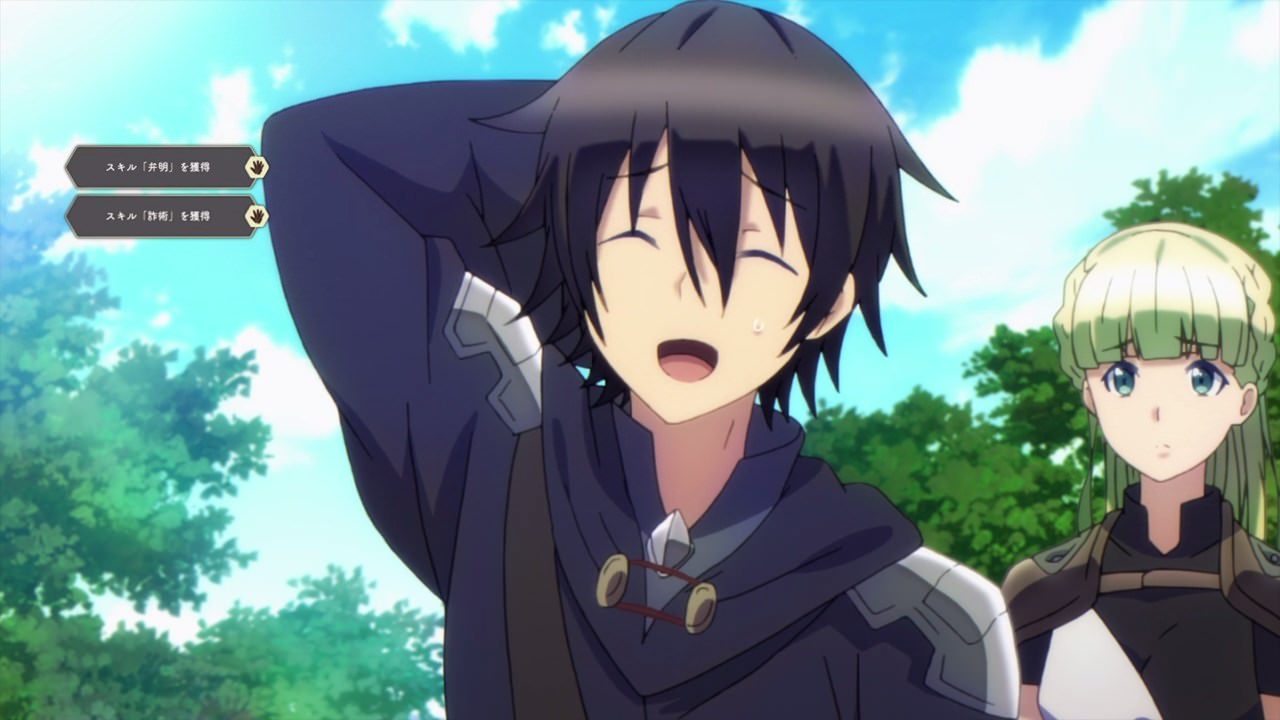 However, it appears that he got some skills like persuasion and trickery to convince the likes of Iona and Lilio that Satou is just a travelling merchant where he lost his papers during his travel on his father’s grave.

Well, I have to say that Satou is earning skills every time he does something. And since that his levels is maxed out, Satou has already set his persuasion and trickery skills to the maximum level. 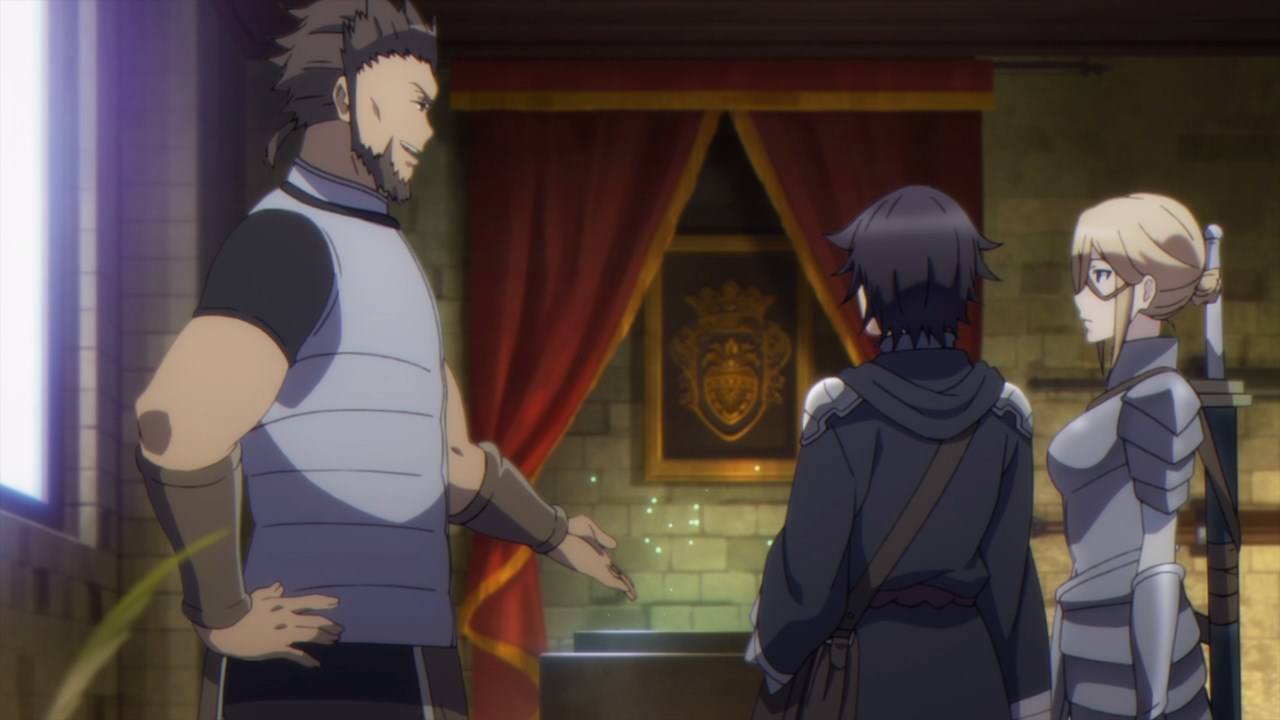 Anyways, Satou has arrived in Salue City where he’ll be staying for 10 days as he’s writing down official documents like visas and merchant papers. I mean, he’s acting like a merchant than a hero who’s finding a demon lord somewhere.

In any casem Satou will be staying at the city for the time being. If he wants to extend his stay, Satou will have to pay. Otherwise, he’ll be treated as a slave. 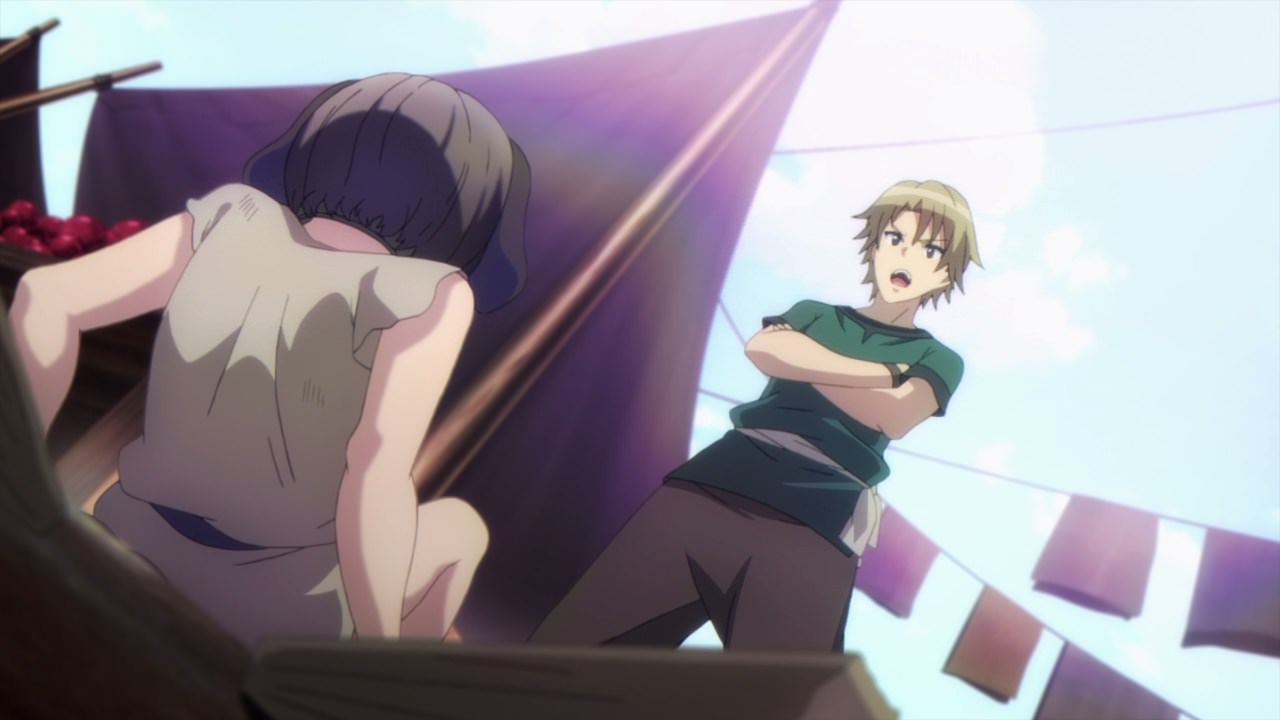 And speaking of slaves, Salue City has many of them and they’re not kind to them obviously, especially to demi-humans where they’re treated as trash. 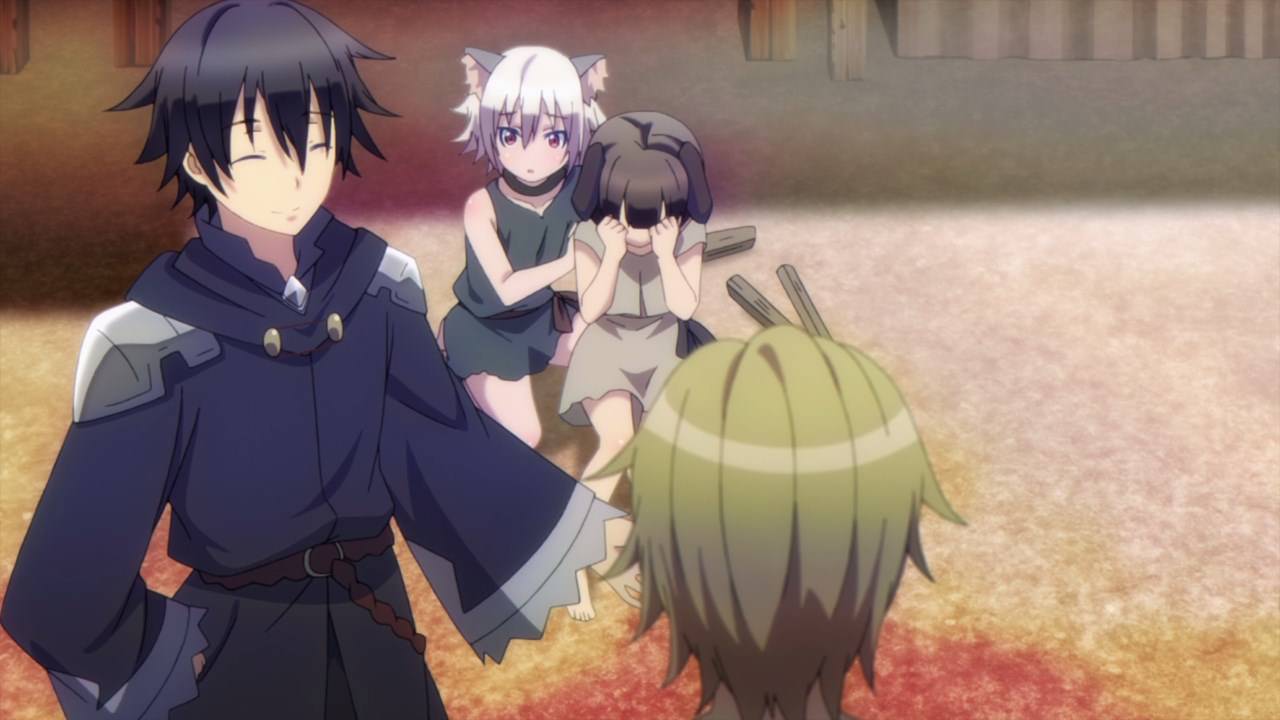 However, Satou won’t leave them alone as he convinced this guy to let them go. I mean, he maxed out his persuasion skills so Satou is now a smooth-talker! 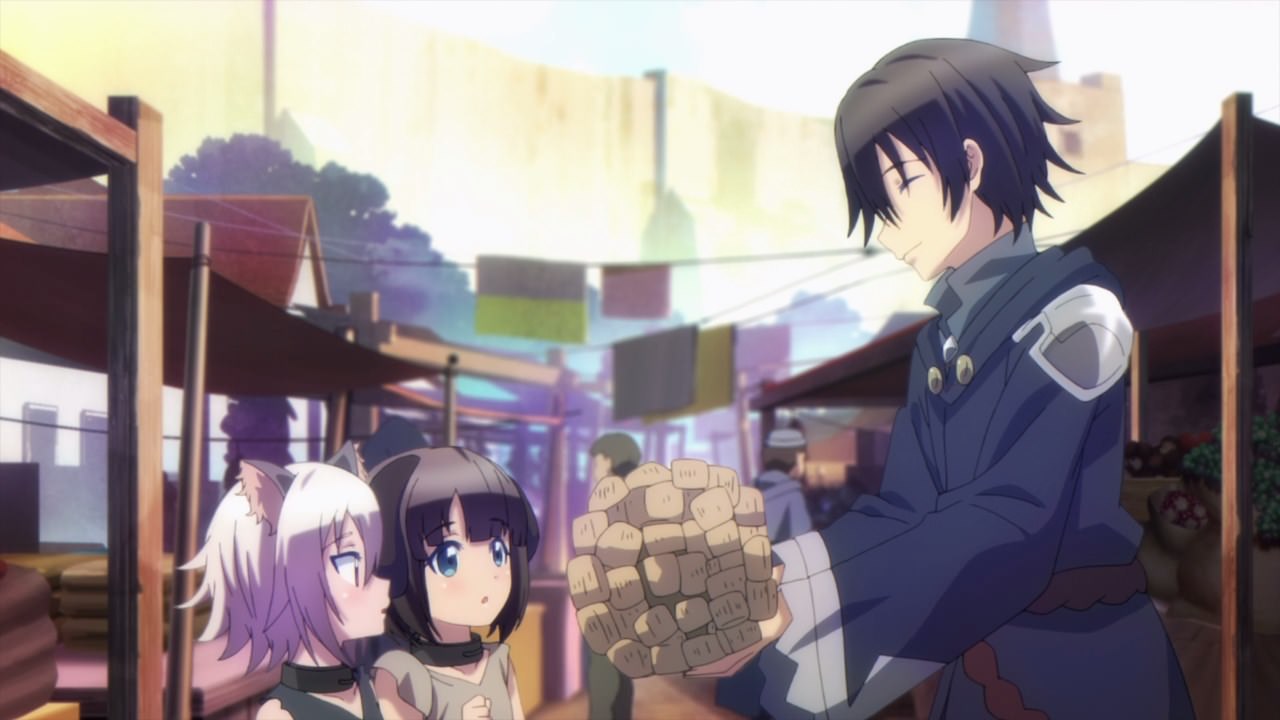 In any case, Satou managed to save these girls from being humiliated further. C’mon, he’s a nice guy to everyone and I believe that Satou will build a harem later on… 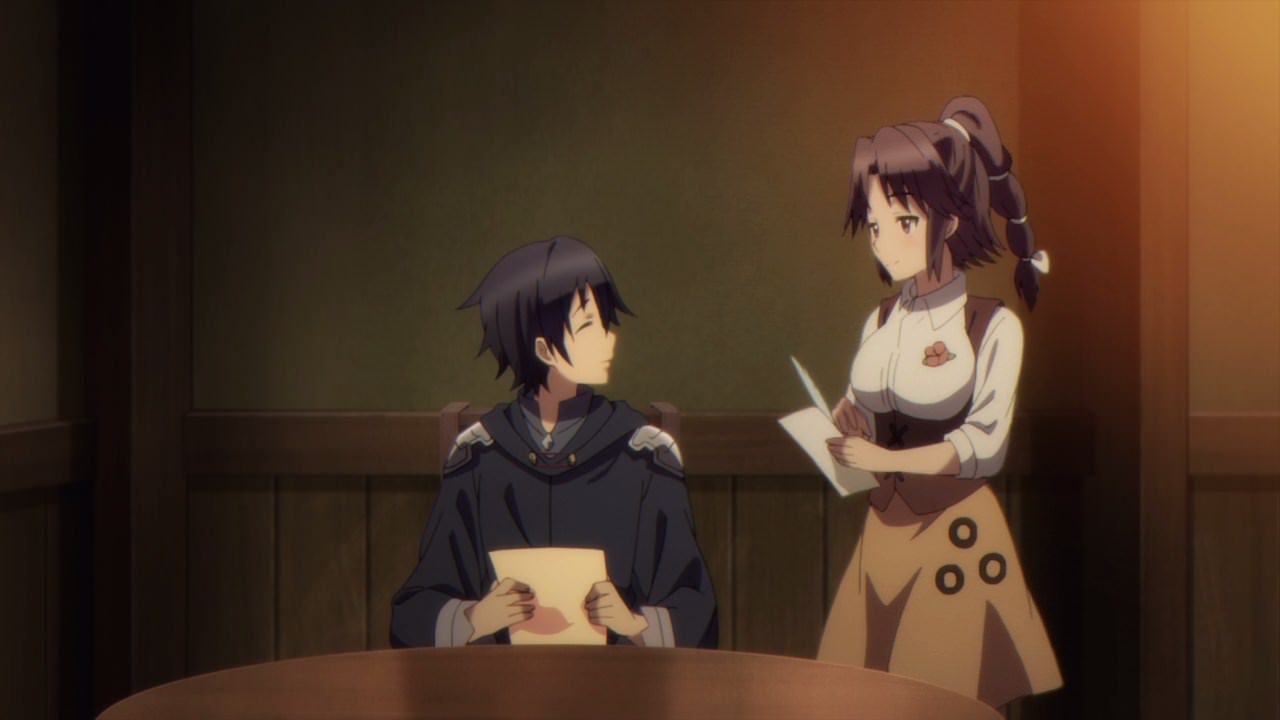 Now then, let’s end this episode with Satou ordering food from Martha at the inn he’s currently staying. Not much to say about Martha apart from her big tits at a young age of 13.

With that said, I’ll see you next time as Satou will explore the city and he might even rescue one girl!