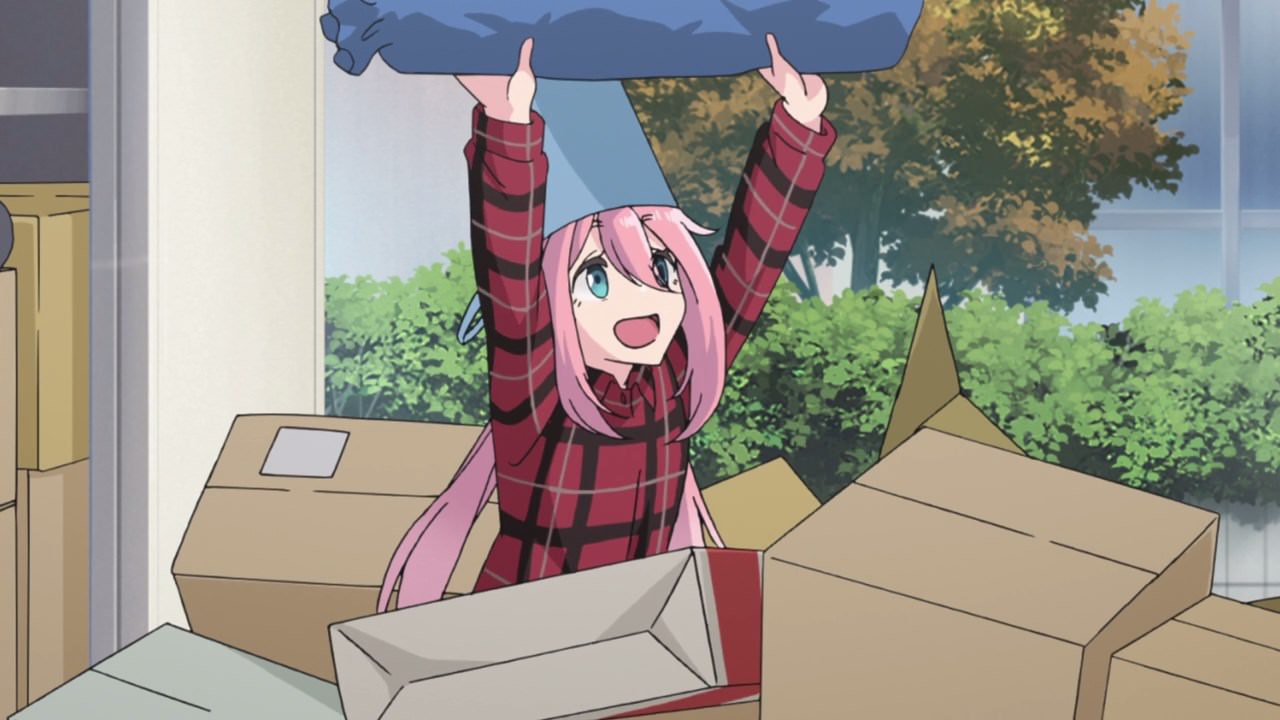 Looks like Nadeshiko Kagamihara has found her tent after searching it from the storage room. How nice to have one! 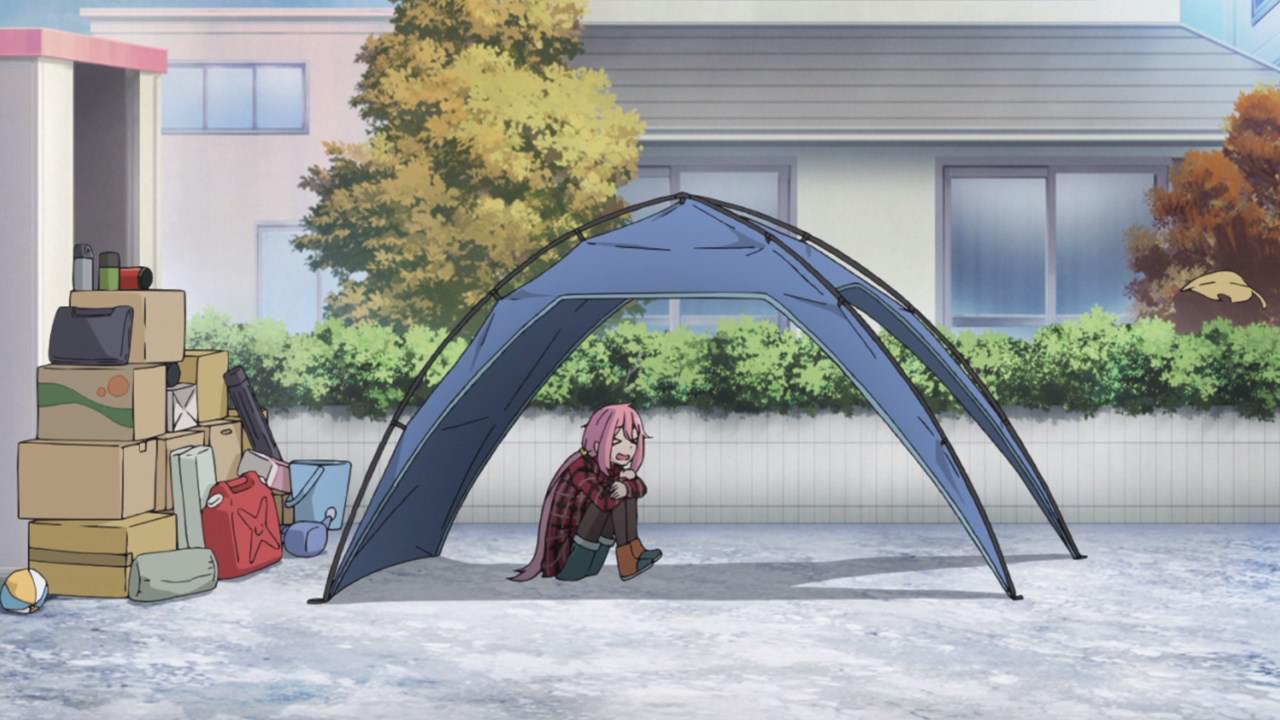 Then again, Nadeshiko brought the wrong tent as it’s an open one. Maybe she should sleep in the car or buy a tent that has walls. 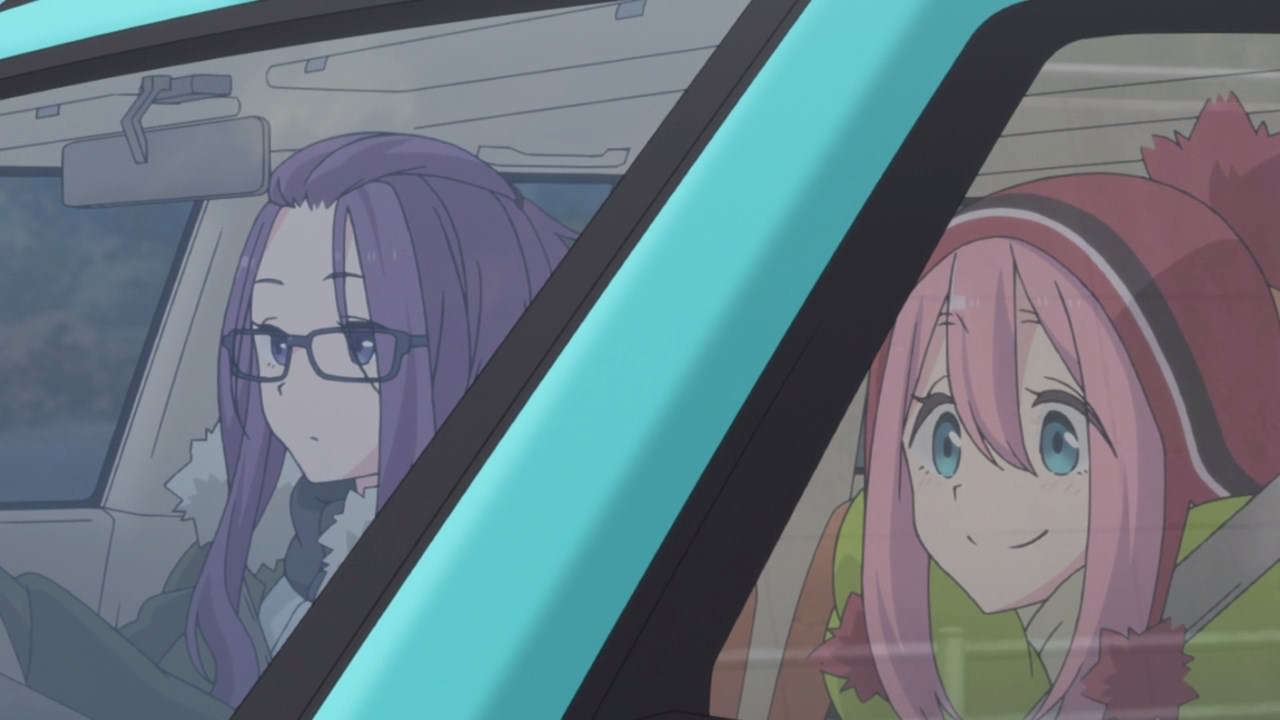 Anyways, Nadeshiko will be heading to the camp grounds where Rin Shima is staying there. This time, Nadeshiko won’t go there by herself as her sister Sakura will drive her to the campsite.

Well, glad that Nadeshiko has someone to take care of her instead of getting lost on the road or even in the forest. 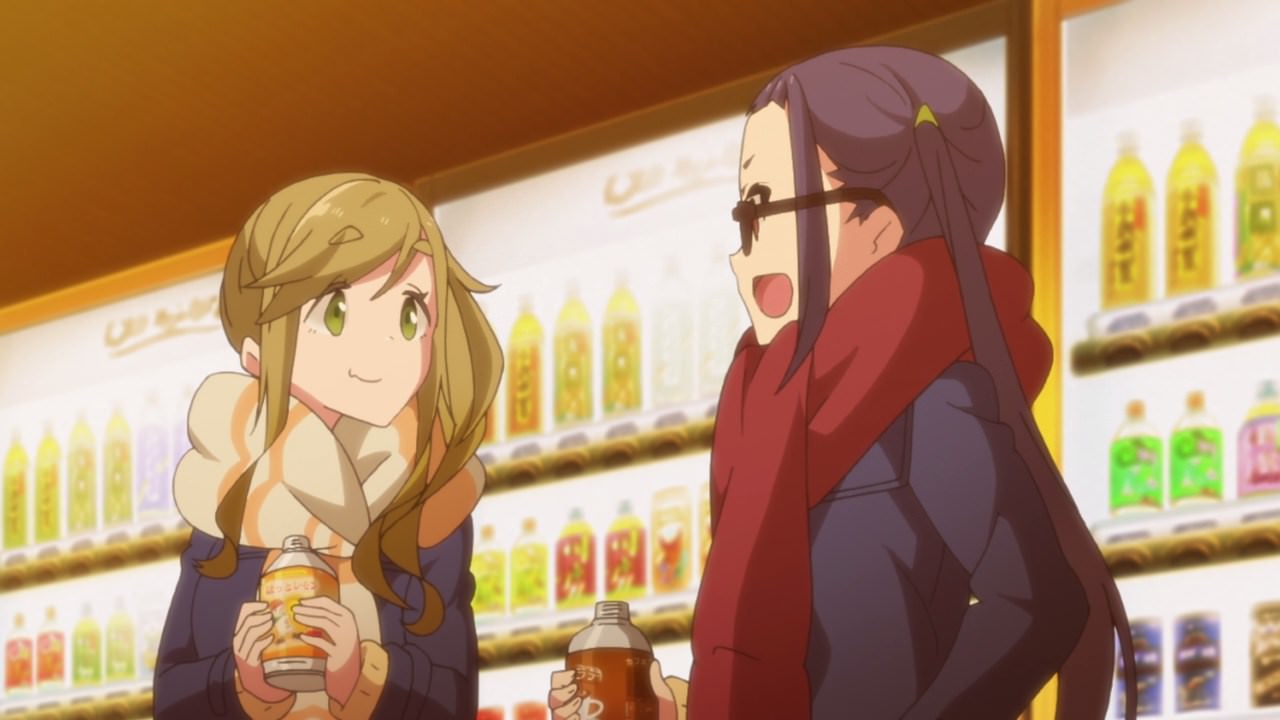 Meanwhile, here’s both Aoi Inuyama and Chiaki Oogaki as they got part-time jobs in preparation for their upcoming camping trip in winter.

I hope that they got enough money to stay there for 2 days and 1 night! 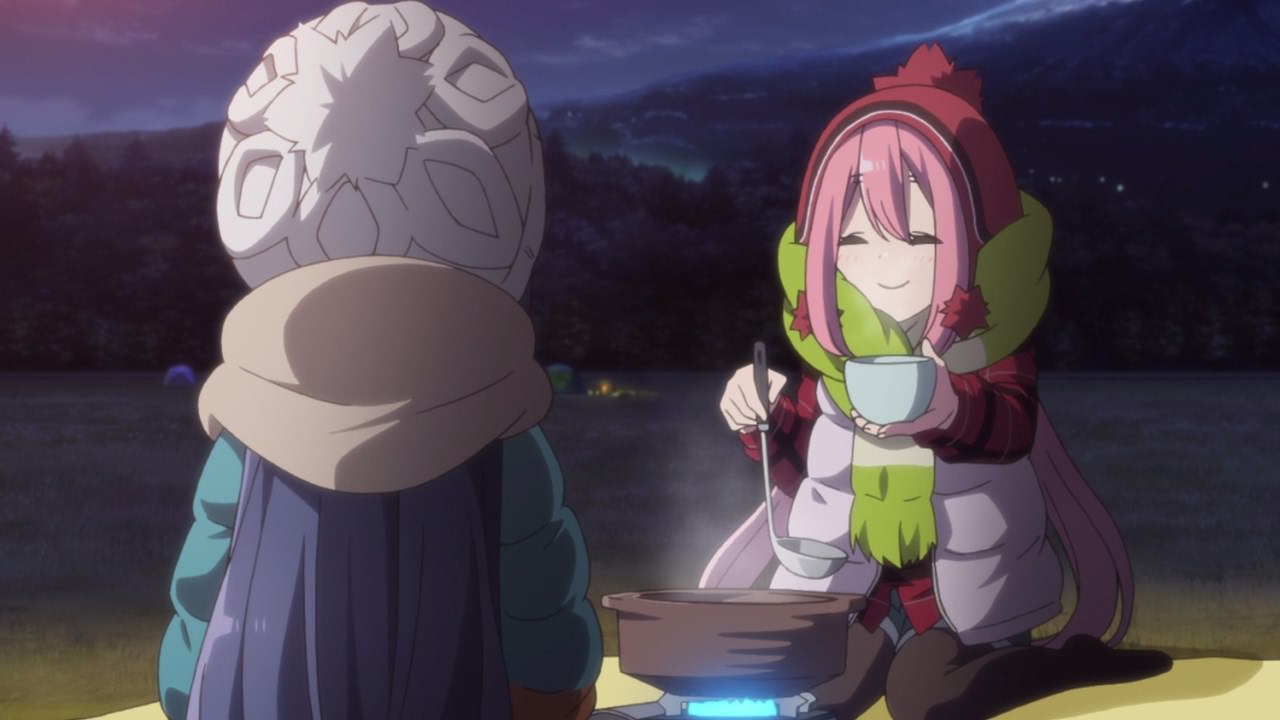 Now let’s go back to Nadeshiko Kagamihara as she brought some ingredients to make some gyoza nabe. 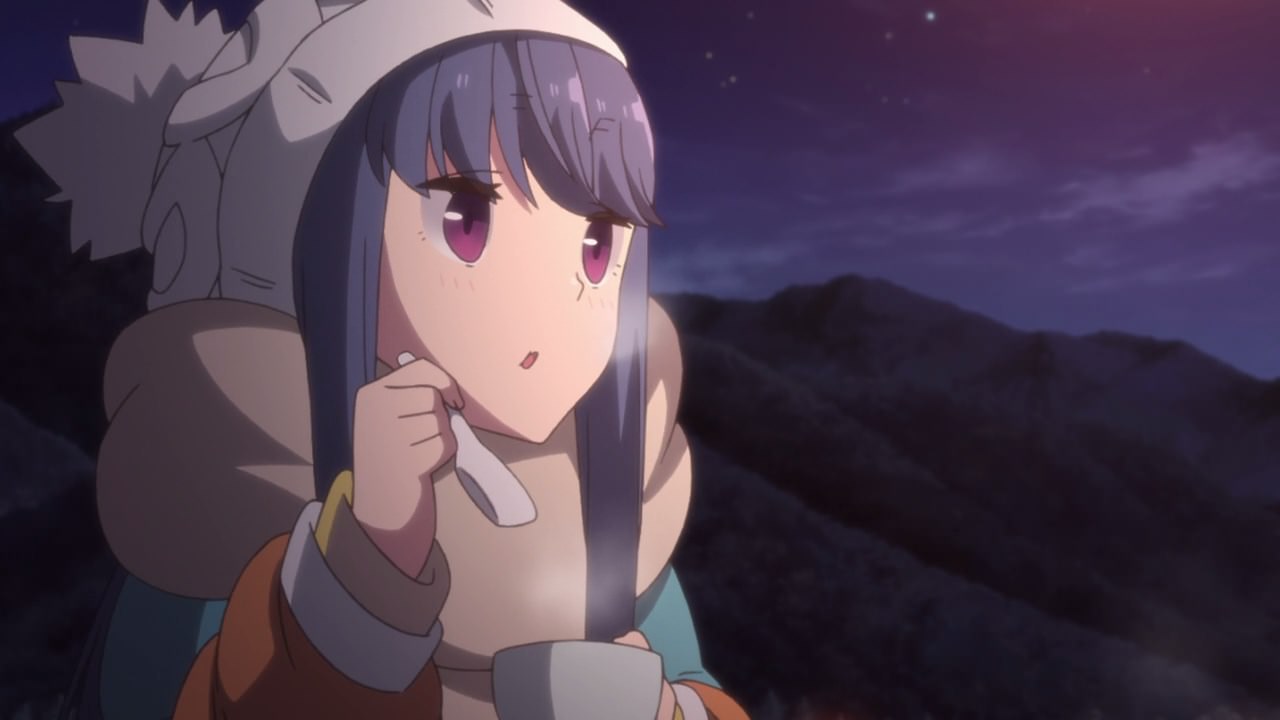 As for the taste, Rin Shima likes it albeit it’s spicy. At least this gyoza nabe will make her feel warm during the cold night. 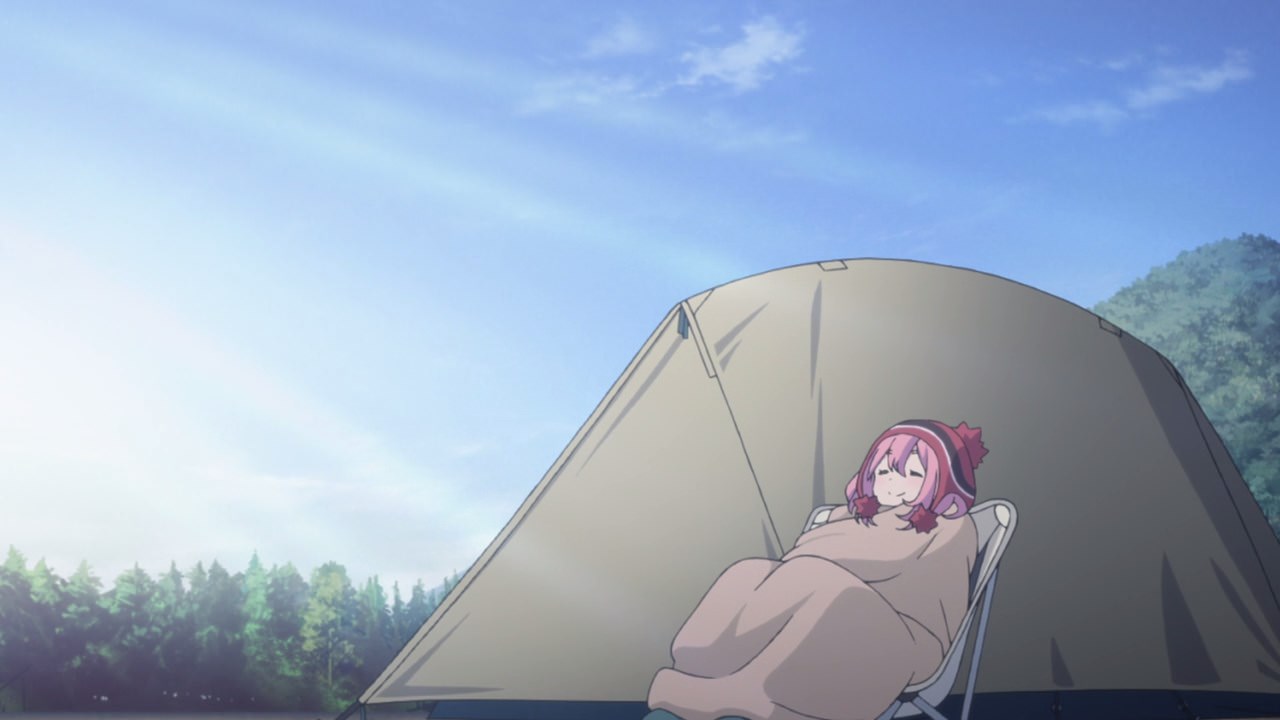 After a long cold night, Nadeshiko is at Shimarin’s camp site as she’s about to see the morning sun rising up above Mt. Fuji. 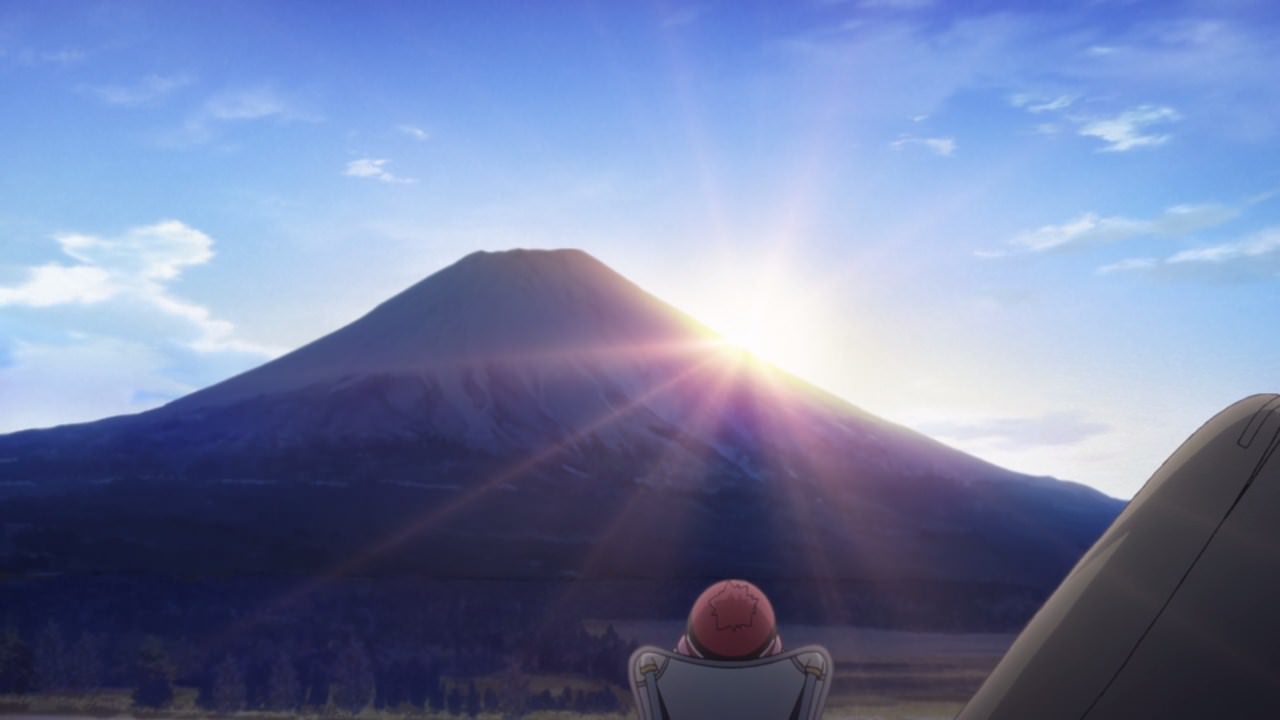 Then again, Nadeshiko is so sleepy and the sun is so bright that she went inside Rin’s tent. Really Nadeshiko, you’re looking forward for this, right? 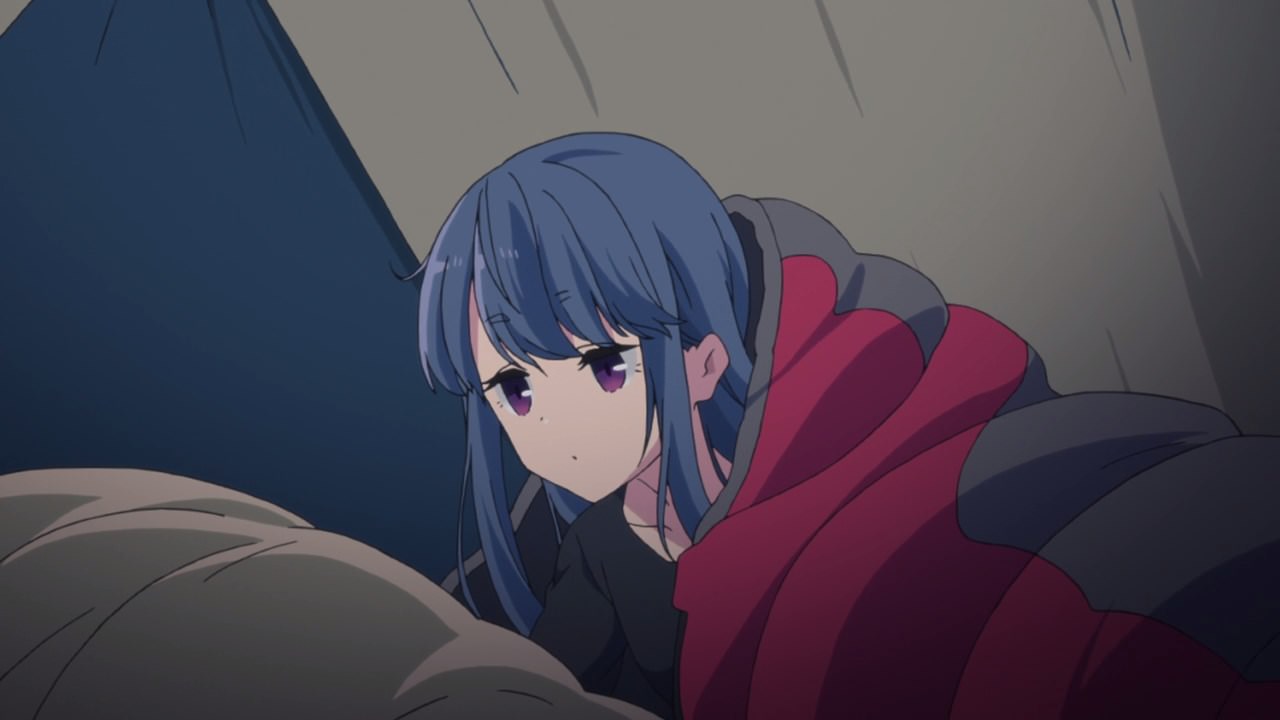 Now then, here’s Rin Shima as she’s waking up after a long night spending time with Nadeshiko and eating her gyoza nabe. 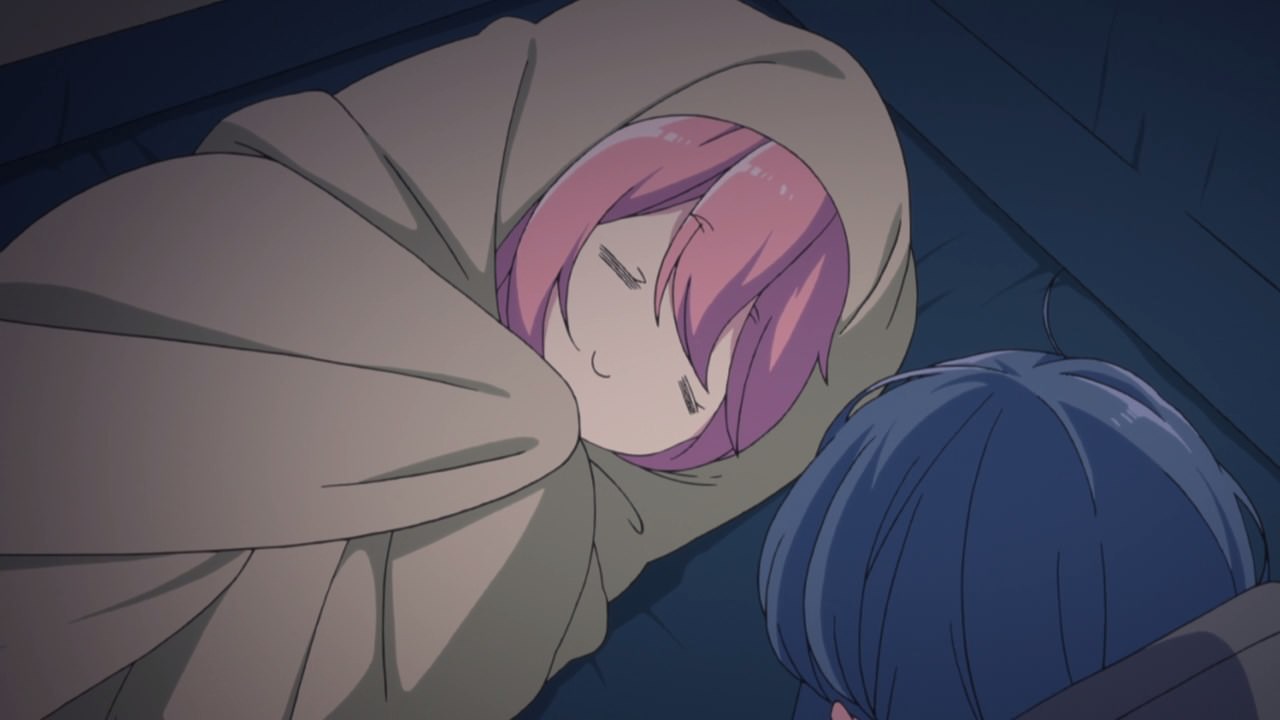 And speaking of Nadeshiko, she’s currently sleeping peacefully in Rin’s tent. Her cute face says it all!

But anyways, that’s about it for this episode as Nadeshiko Kagamihara had fun camping with Rin Shima.