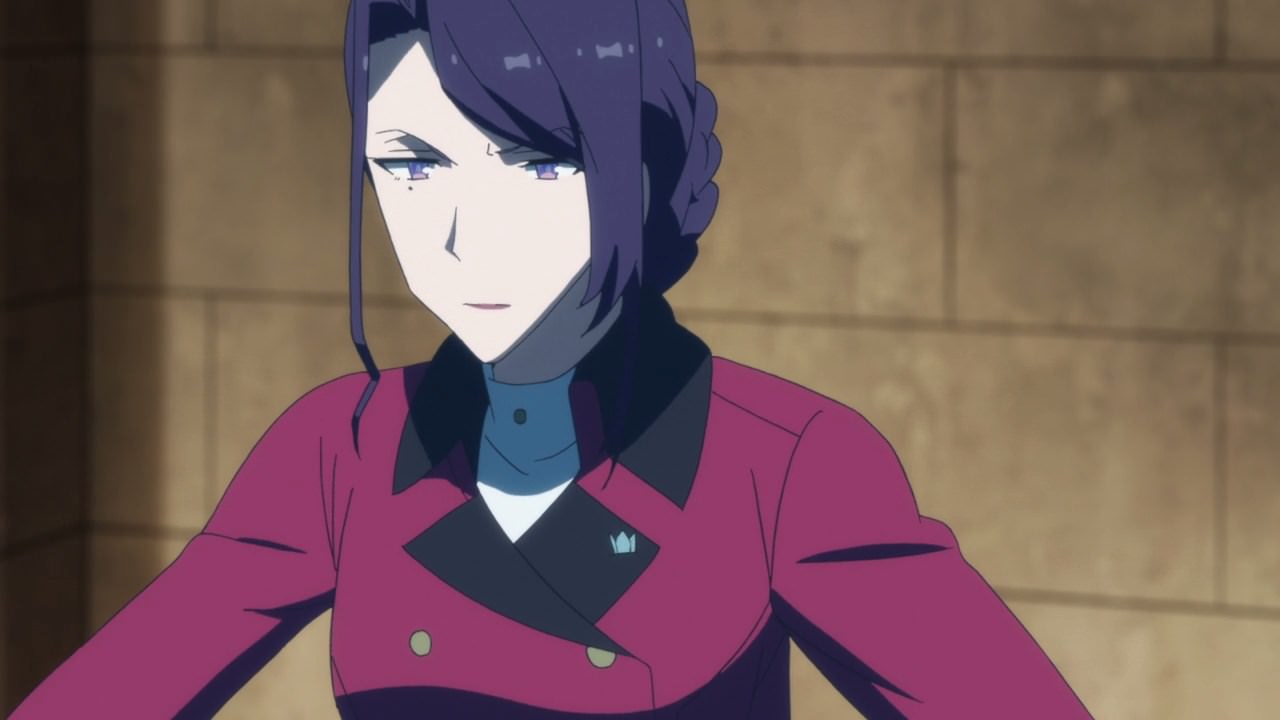 This is the president of Renpu Academy named Yukina Takatsu as she’s complaining that the elite guard couldn’t pursue those traitors after aiming their okatana at Yukari Origami.

Unfortunately for the elite guard, they couldn’t just sortie right away as their main purpose was to protect Yukari-sama, although it seems that the head of the Origami family has some dark secrets as seen on the previous episode. 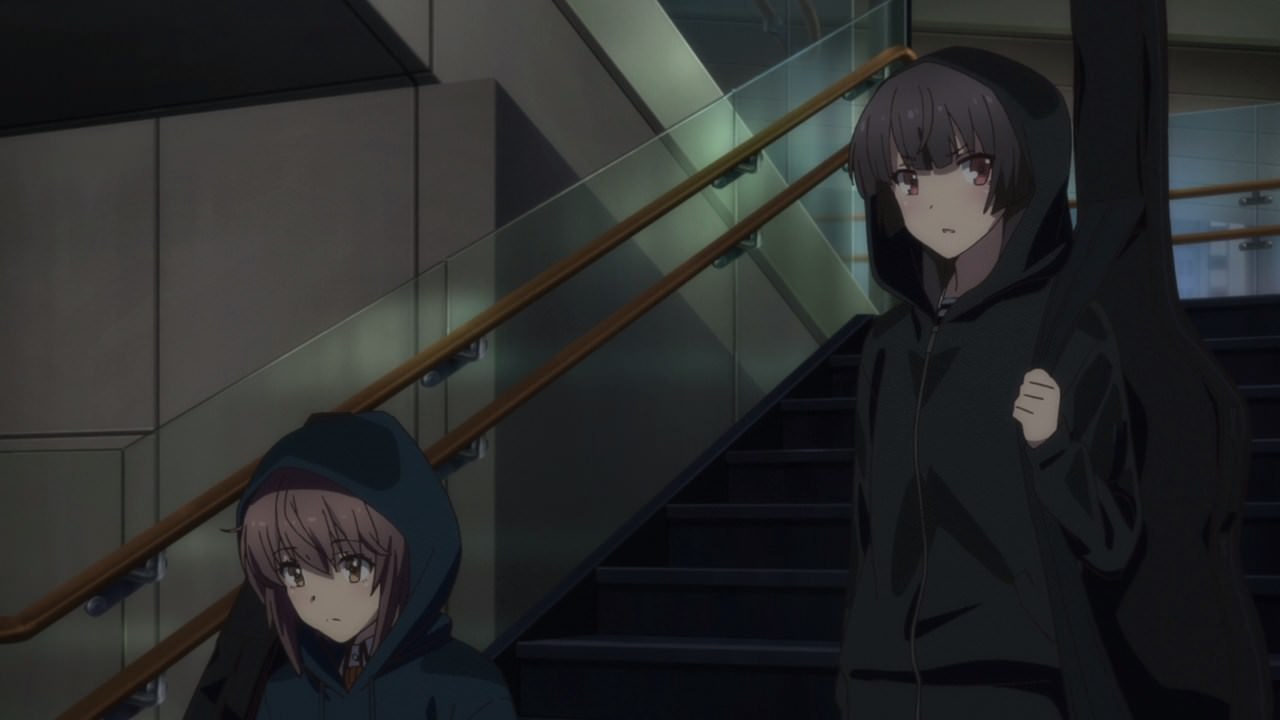 Meanwhile, Kanami Etou and Hiyori Juujou are still running away from the authorities after killing one aratama back in Ep. 2.

Fortunately for both girls, they’re gonna meet a special person who will help them. 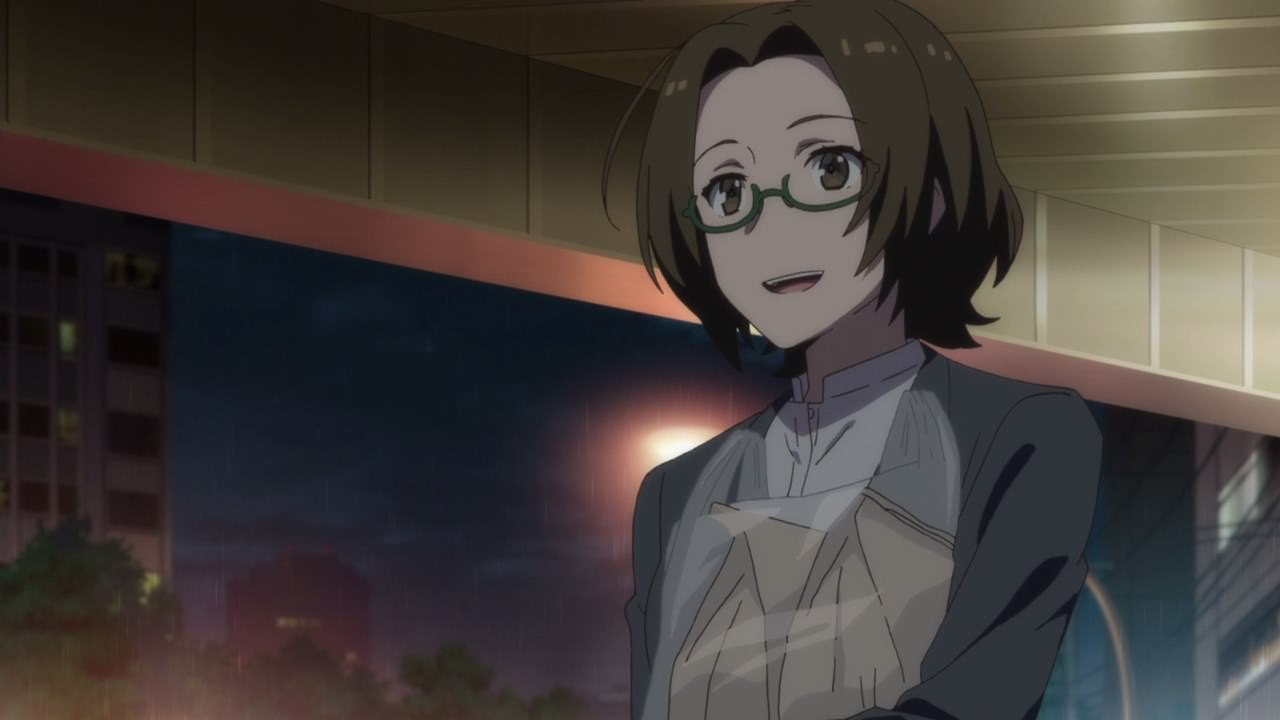 This is Rui Onda who is a former toji at Minoseki Academy and it seems that she’s a trustworthy person who will hide both Kanami and Hiyori from trouble.

But more importantly, Rui-san is one of the software engineers working at Yahata Electronics which specializes in creating equipment to capture aratama. 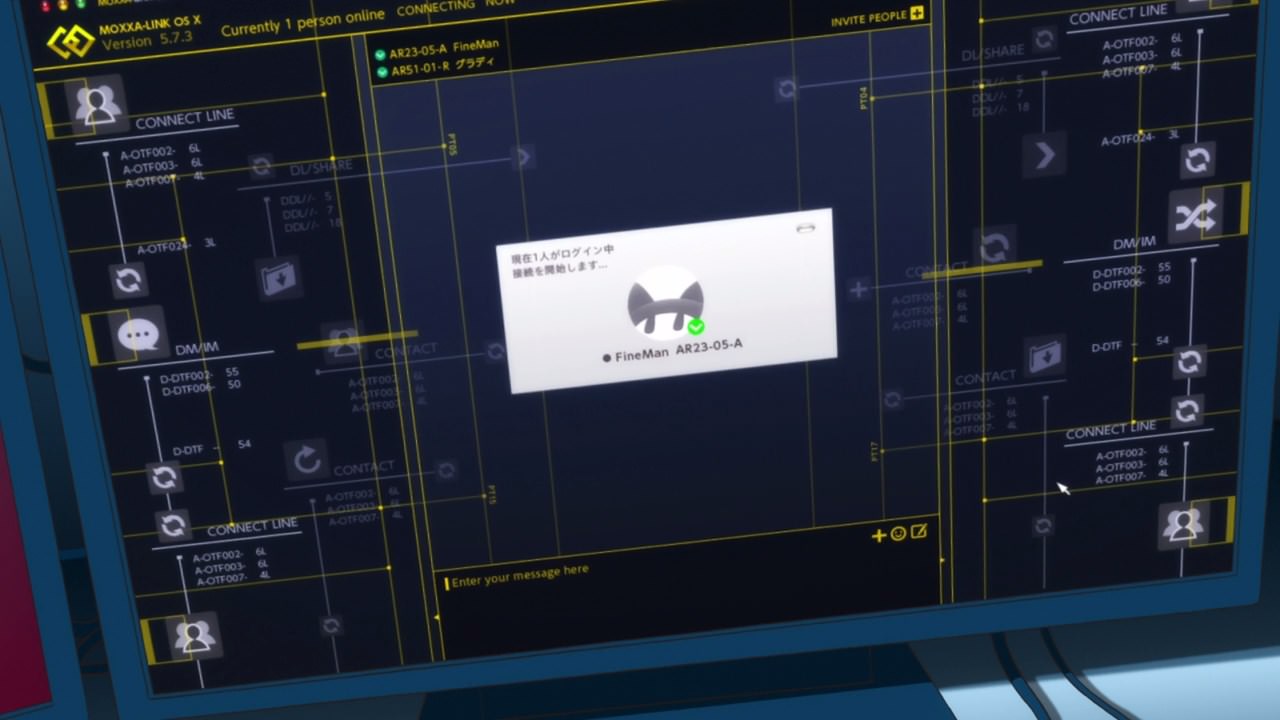 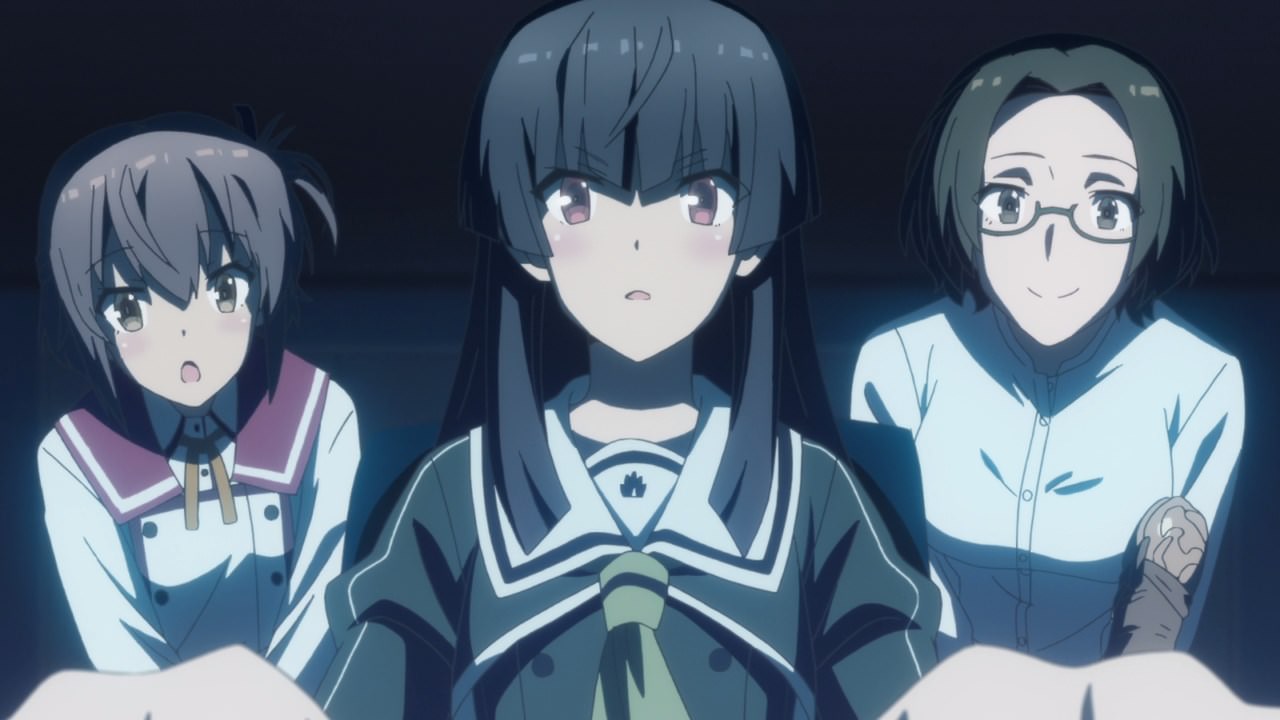 Oh and speaking of Onda, she has her personal AI named Gladdy where it’ll help both Etou and Juujou on finding out secrets, especially from the head of the Origami family. 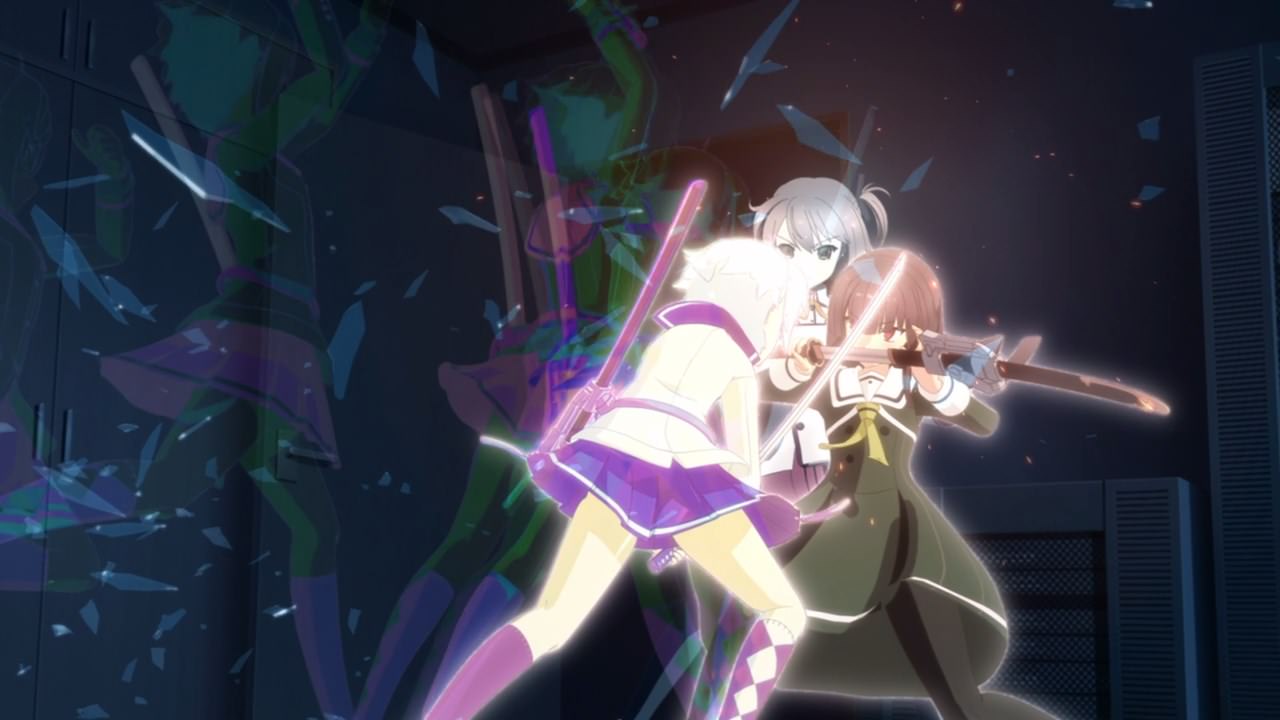 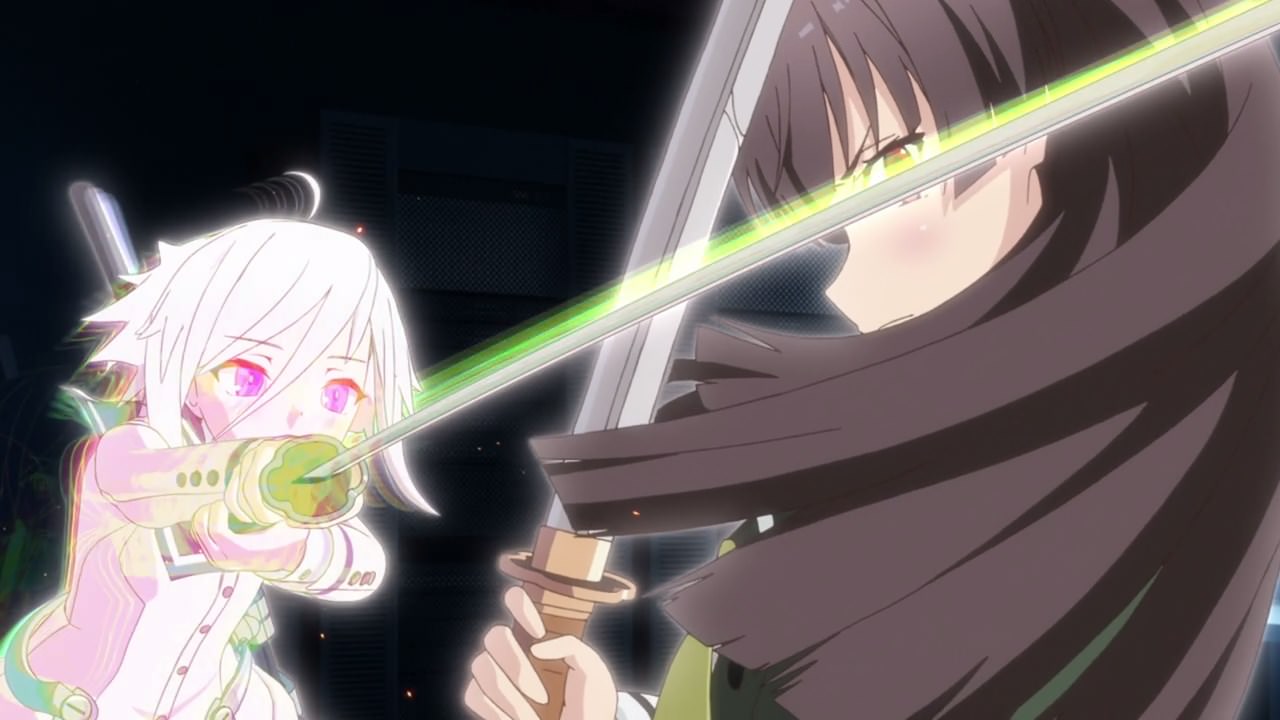 However, an intruder arrives at Rui Onda’s apartment without warning as Sayaka Itomi is here to dispose both Kanami Etou and Hiyori Juujou.

By the way, Sayaka is a student from Renpu Academy, which means that she was ordered by President Yukina Takatsu to capture (or even kill) both traitors. 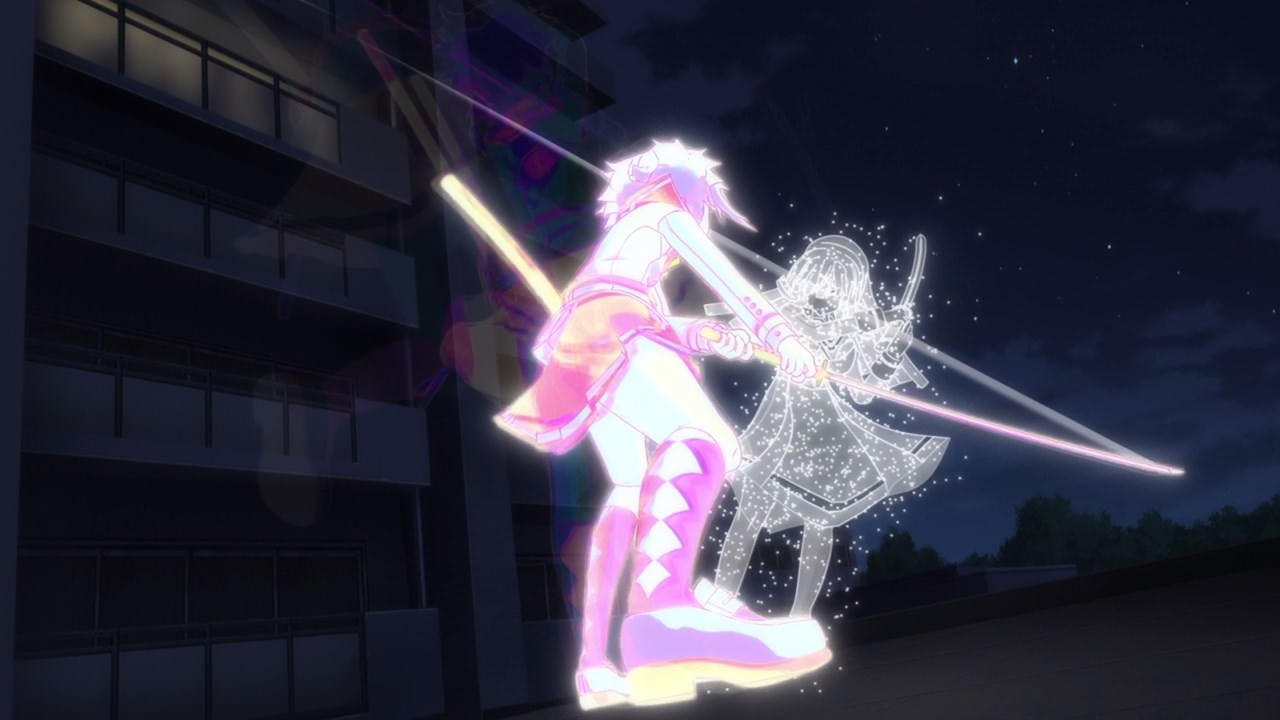 Oh yeah, I forgot to tell you that Itomi is so fast due to her prolonged use of jin’i that Juujou couldn’t react in time.

Also, Hiyori lost her utsushi which means that the next slash would kill her. 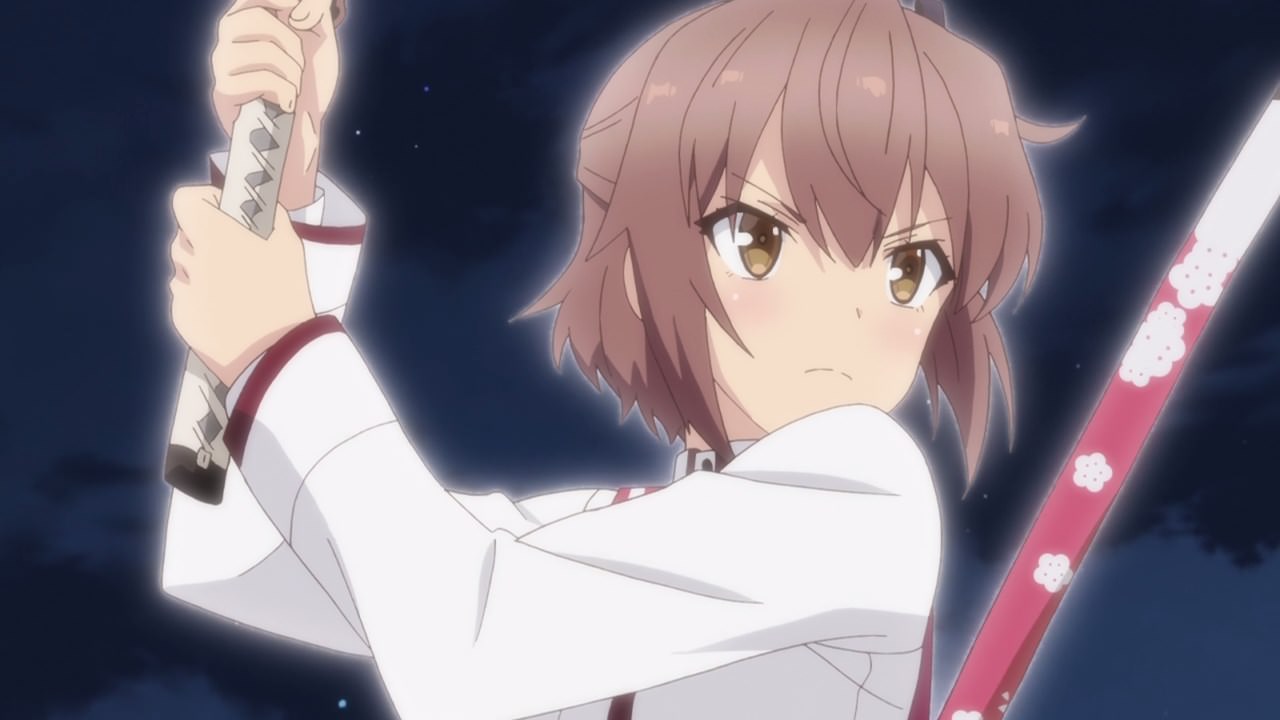 That’s until Kanami Etou intervened the fight as she’s not only here to save Hiyori Juujou, but to stop Sayaka Itomi without killing her. 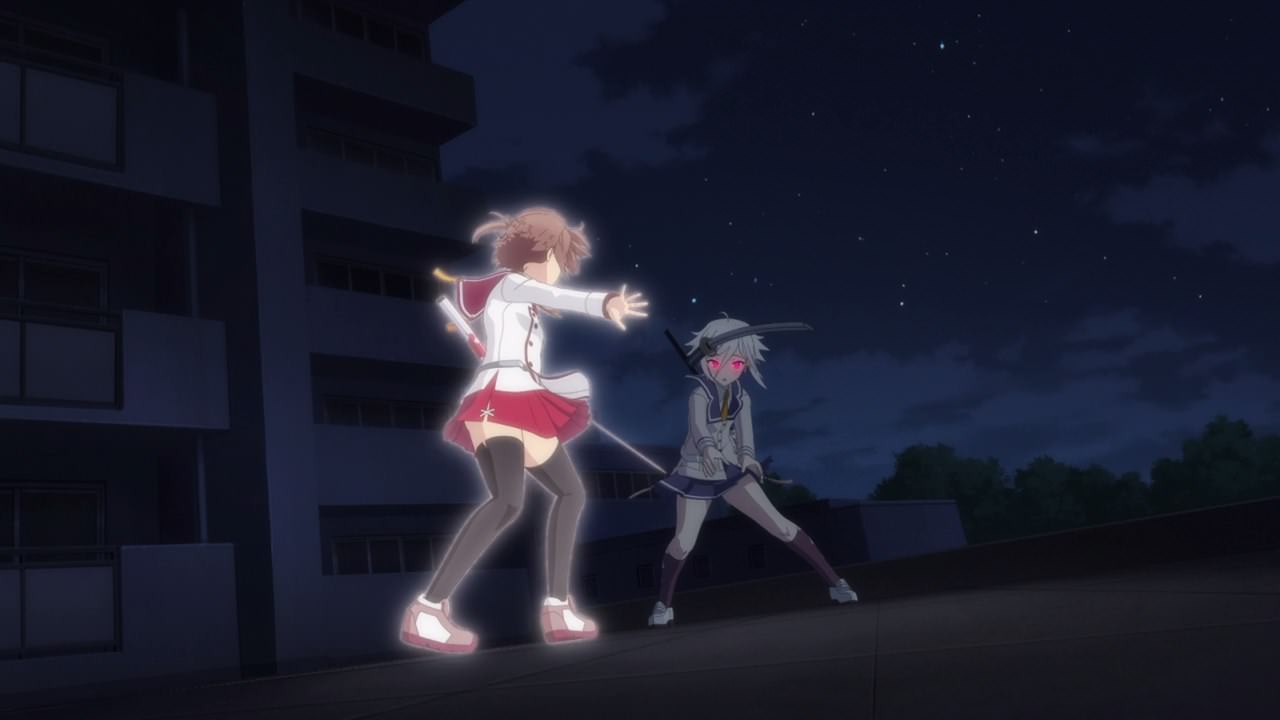 And the only way to stop Sayaka is to throw her okatana away. Turns out that Sayaka’s okatana is controlling her which is why she’s faster than anyone else.

Of course, Etou doesn’t like fighting someone who couldn’t put her heart into it, which is why she disarmed Itomi. 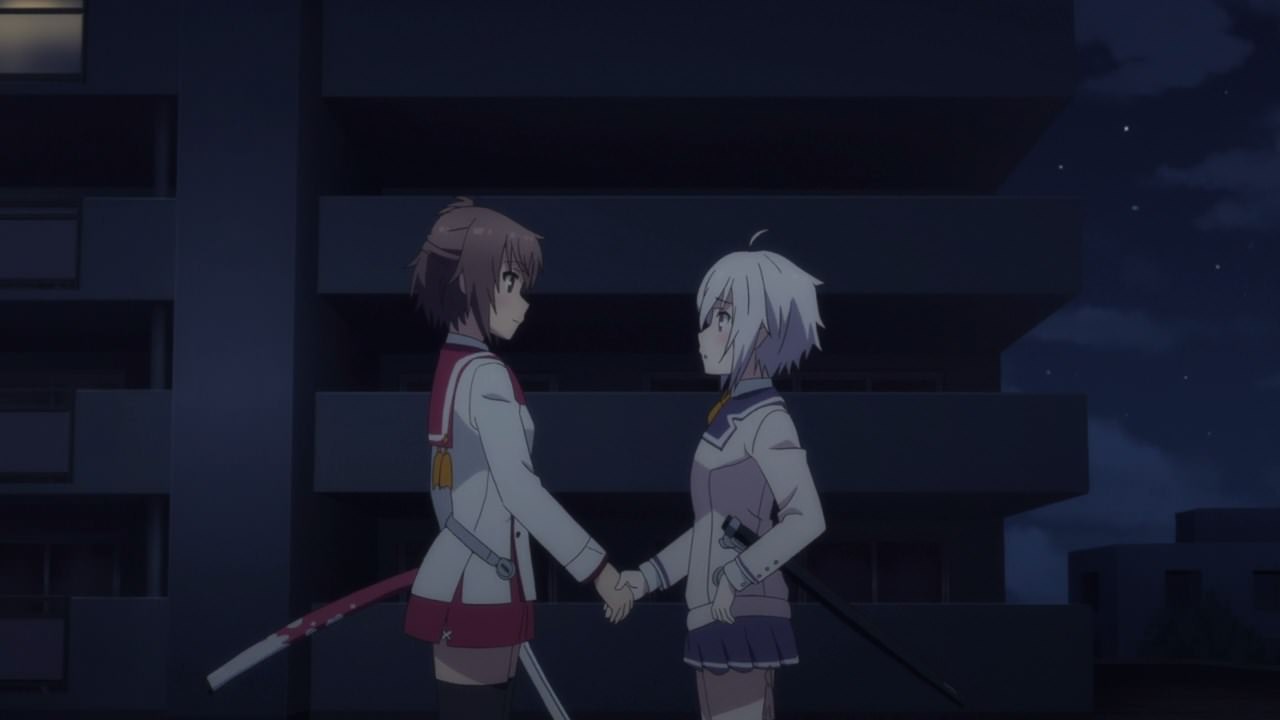 With that said, looks like Kanami Etou has managed to befriend Sayaka Itomi after the fight, which is not good for President Yukina Takatsu as she’s expecting Sayaka to be the best toji. Because of this, seems that Sayaka is now involved on stopping the aratama inside Yukari-sama’s body.

Anyways, I’ll see you next time and let’s hope that nothing bad will happen… I mean, Yukari Origami’s sphere of influence is so strong that opposing her head-on would be a bad idea.