Darling in the FranXX Episode #02 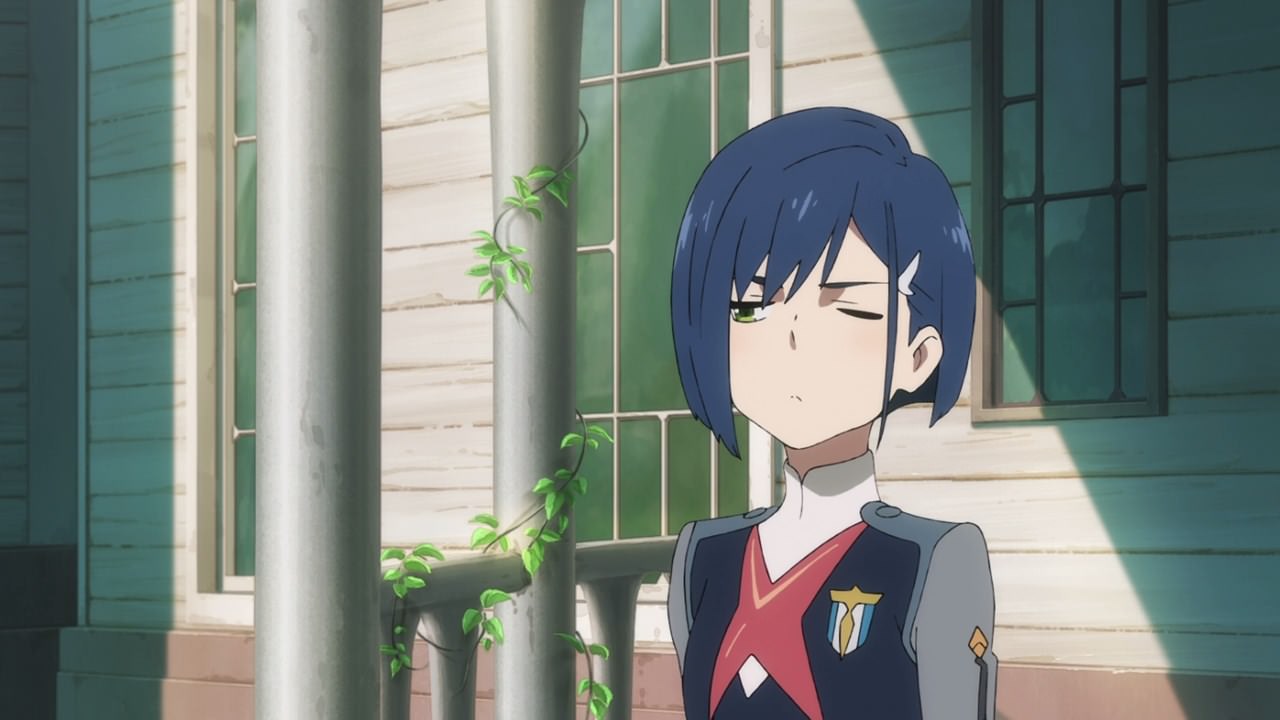 This is Code:015 “Ichigo” and she’s actually Hiro’s childhood friend. Too bad that Ichigo didn’t become Hiro’s partner because he’s aptitude is very low. Instead, she was partnered up with Code:056 “Goro”. 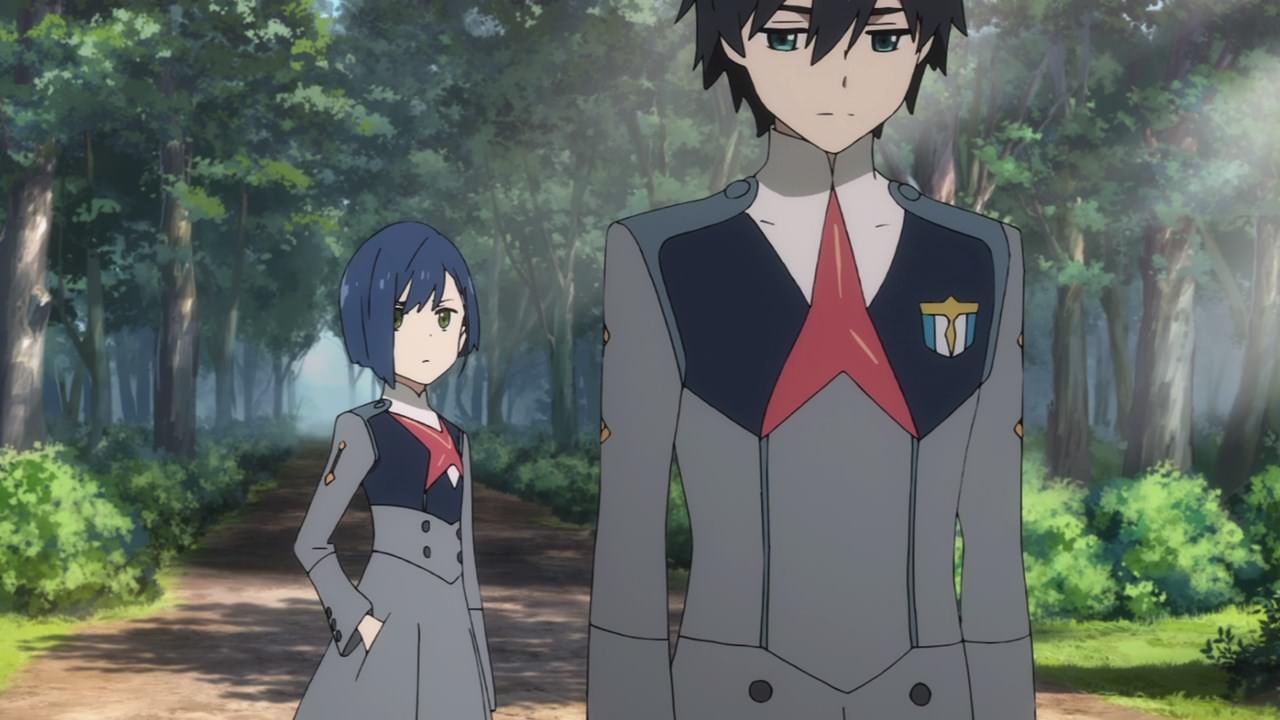 And speaking of Hiro, seems that he couldn’t remember about his time spent with Zero-Two when he pilot- I mean got dragged in.

So yeah, Hiro didn’t know that he was piloting a FranXX on the first episode. 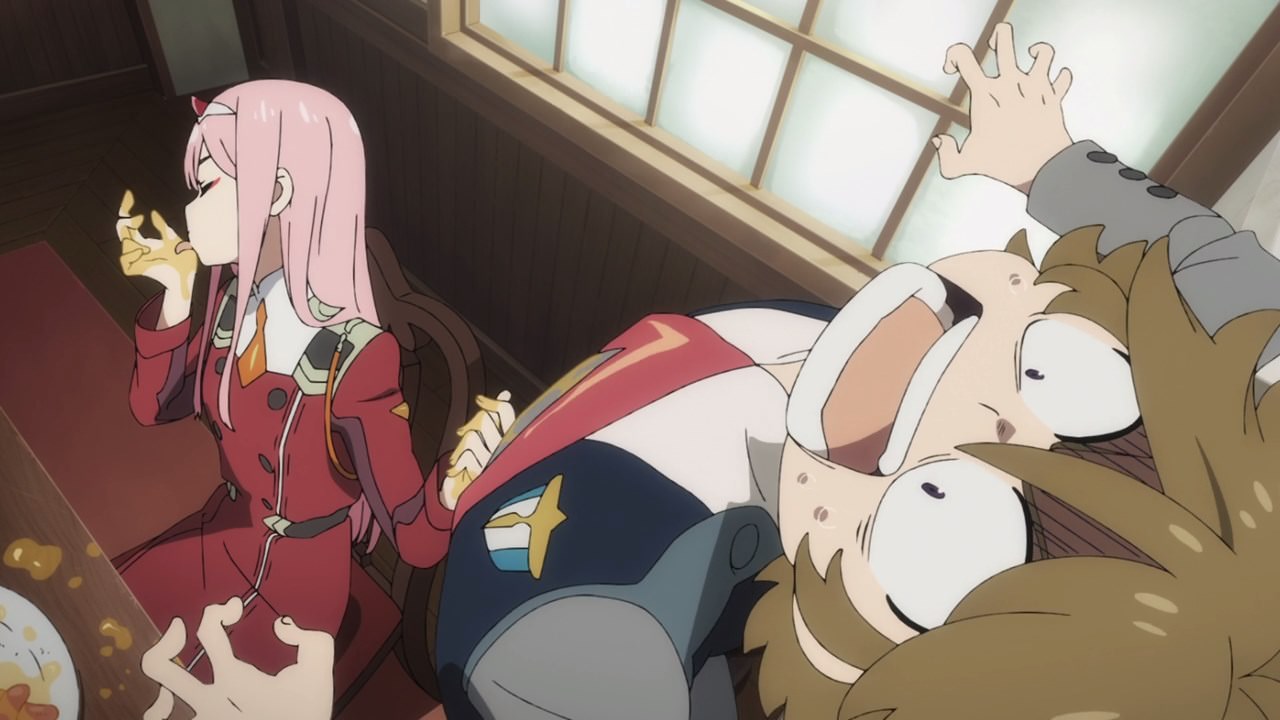 By the way, looks like Zero-Two is staying at the dorms for the time being because she wants to see her darling Hiro.

Then again, Zero-Two is not part of any parasite team and everyone is either terrified or grossed out by her actions, like Code:666 “Zorome” who hated Hiro for being a wuss and his shirt got smothered by honey. So yeah, Zero-Two is not welcomed. 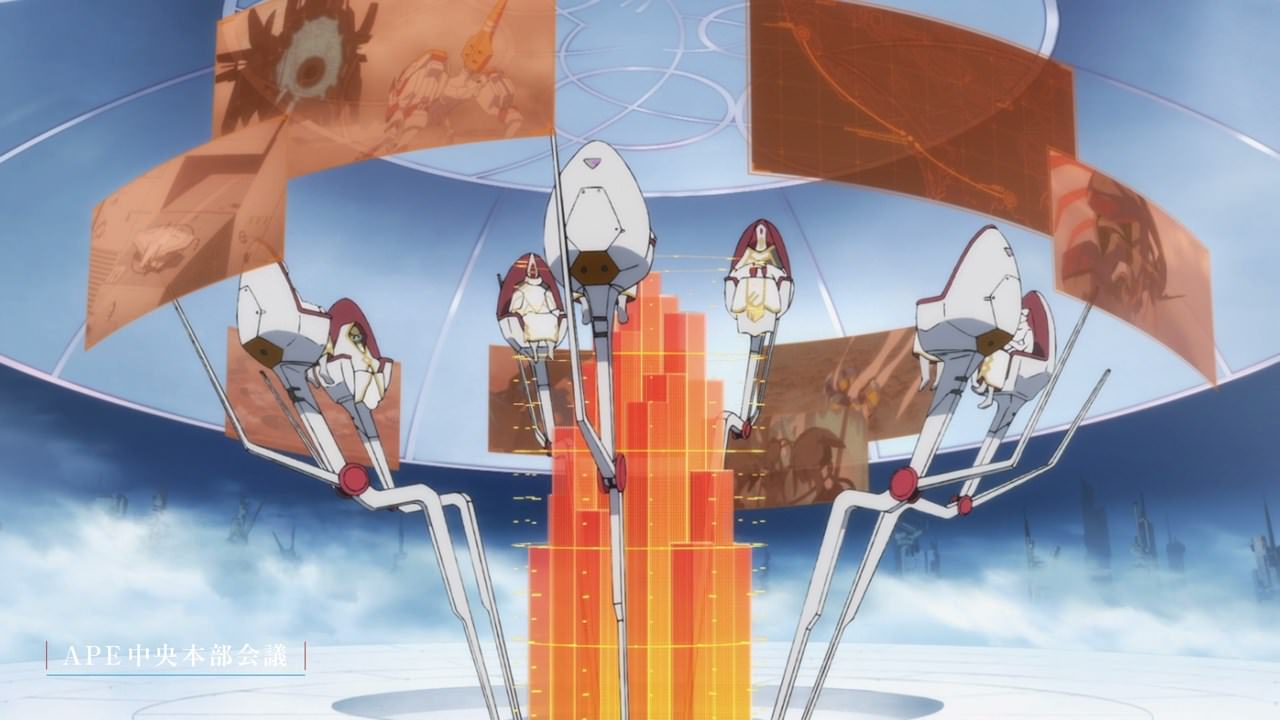 Meanwhile, the council that governed the various fort cities are interested in Zero-Two and her connection with Hiro during the first episode. C’mon, Hiro didn’t die when piloting the Strelizia.

Of course, I feel that the council are hiding or plotting something in the future, especially when Zero-Two and the klaxosaur are involved. In any case, the council has decided that Hiro should have a mock battle to see if he’s useful when partnered by female parasites. 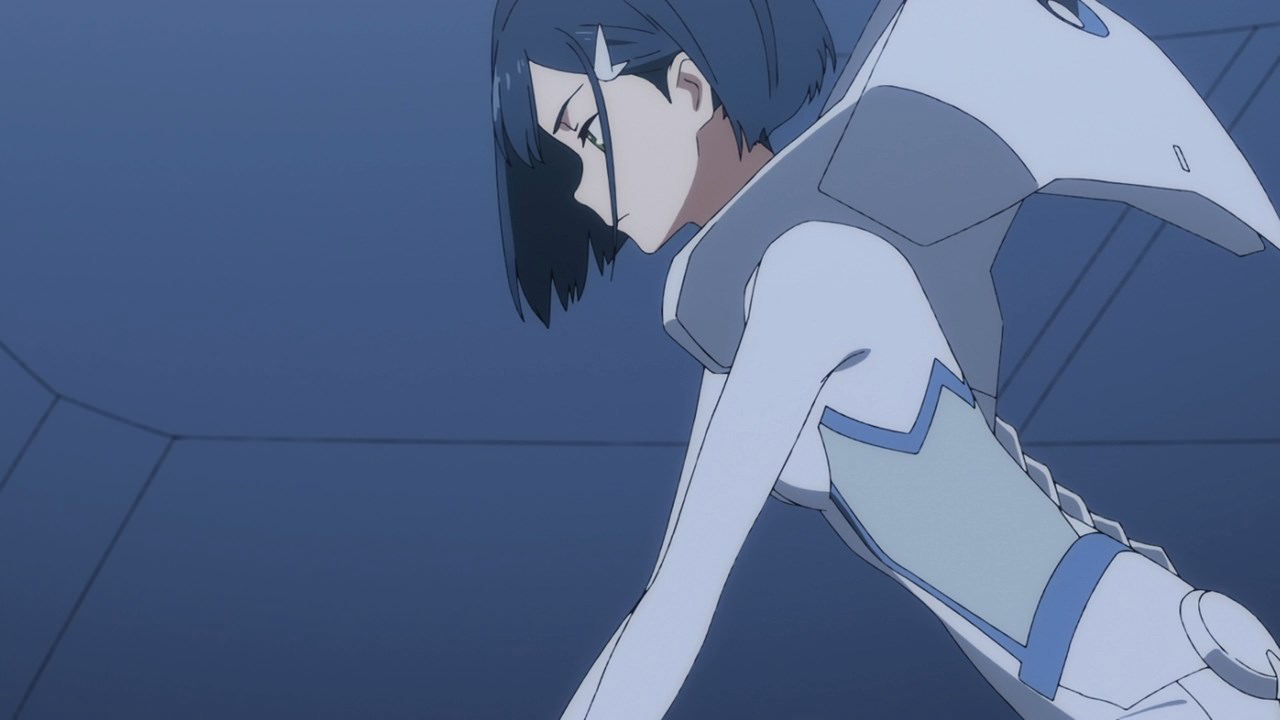 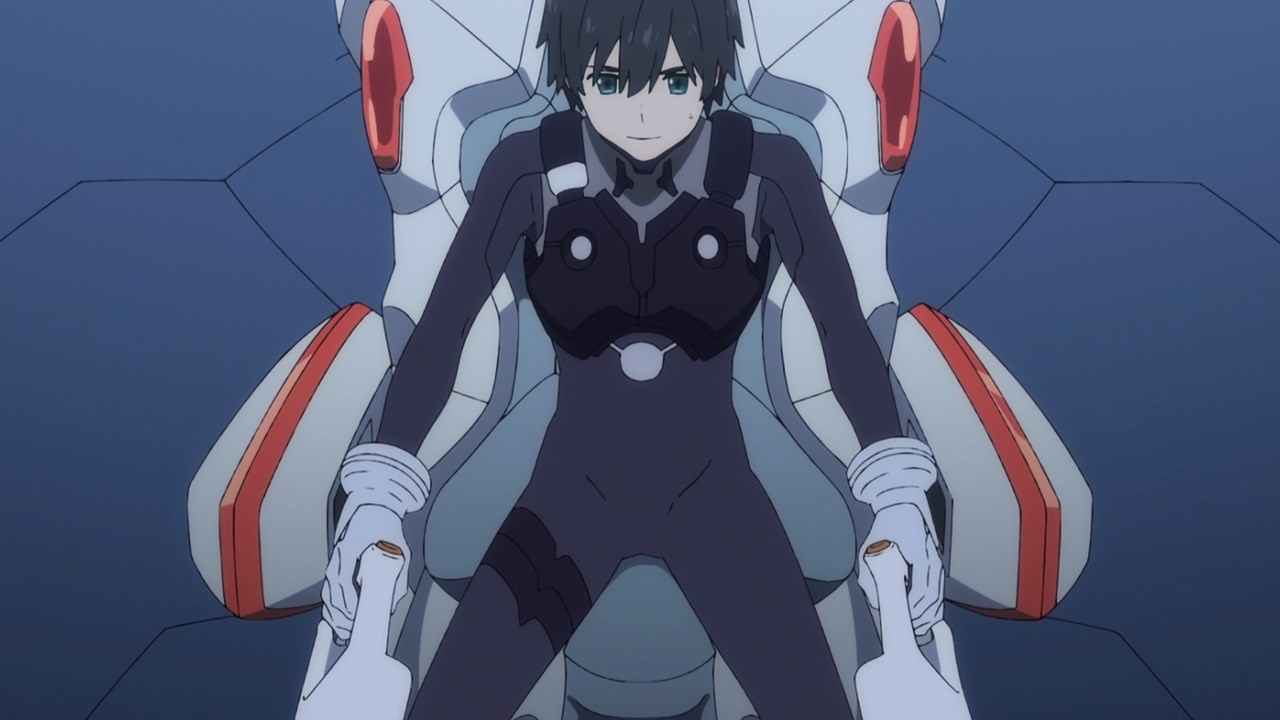 And let’s get onto the mock battle as Hiro partnered up with Ichigo in order to pilot the FranXX known as Delphinium.

Their opponent is Code:666 “Zorome” and Code:360 “Miku” as they piloted the Argentea. 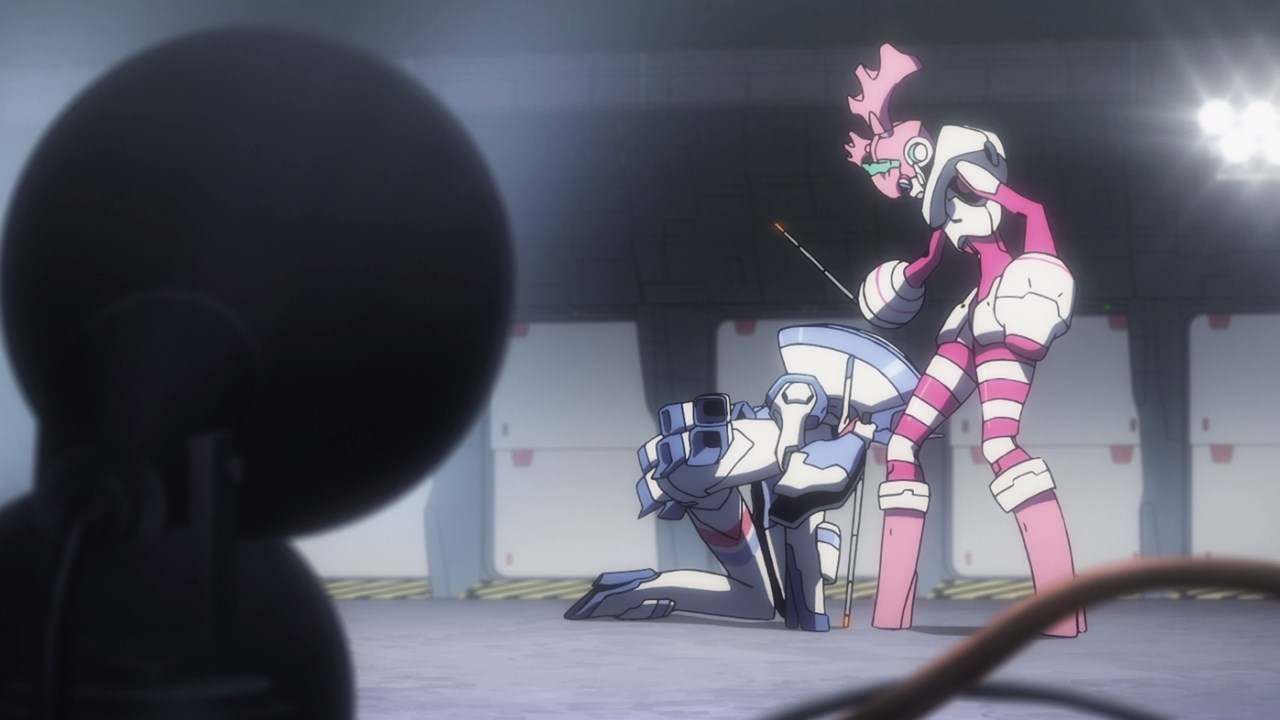 Unfortunately, both Hiro and Ichigo didn’t have a good start during the mock battle as Delphinium went down after activating it.

Well, I guess that Hiro is not compatible to every female parasites or pistils as he’s not getting excited. 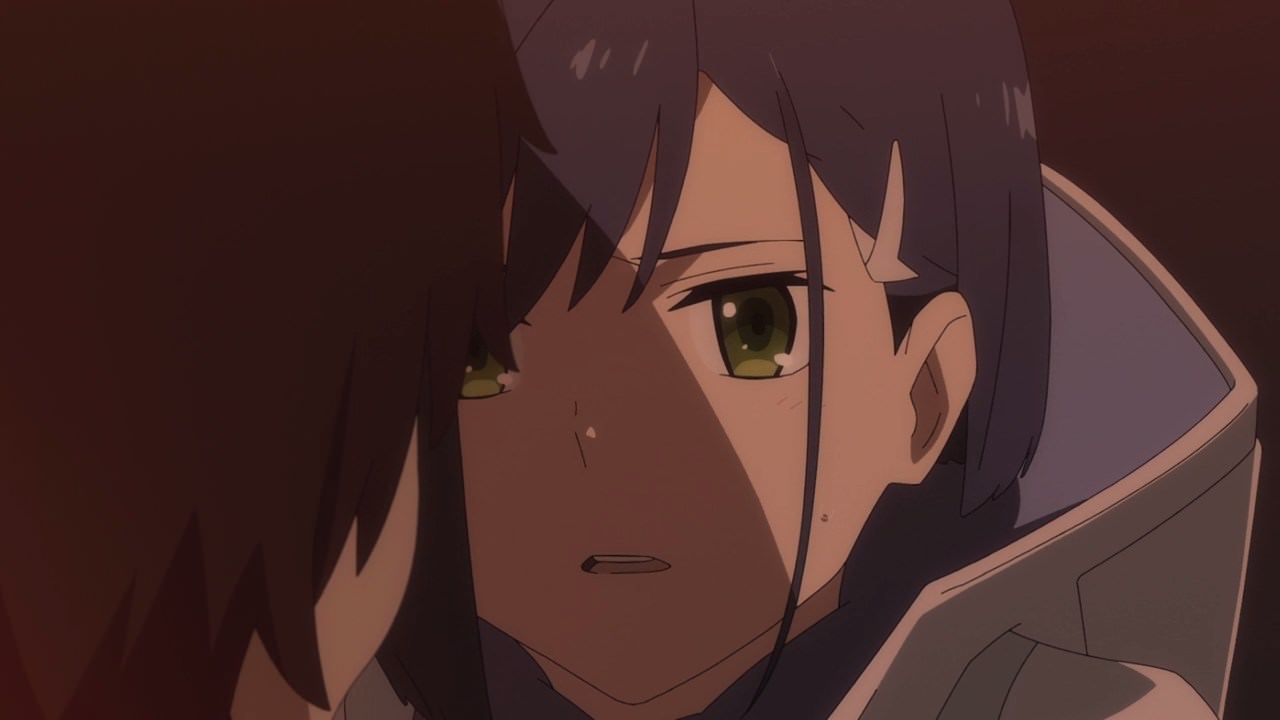 However, he’s not gonna give up as Hiro decided that the only way to become compatible with Ichigo is by kissing her, much like how he did it with Zero-Two. 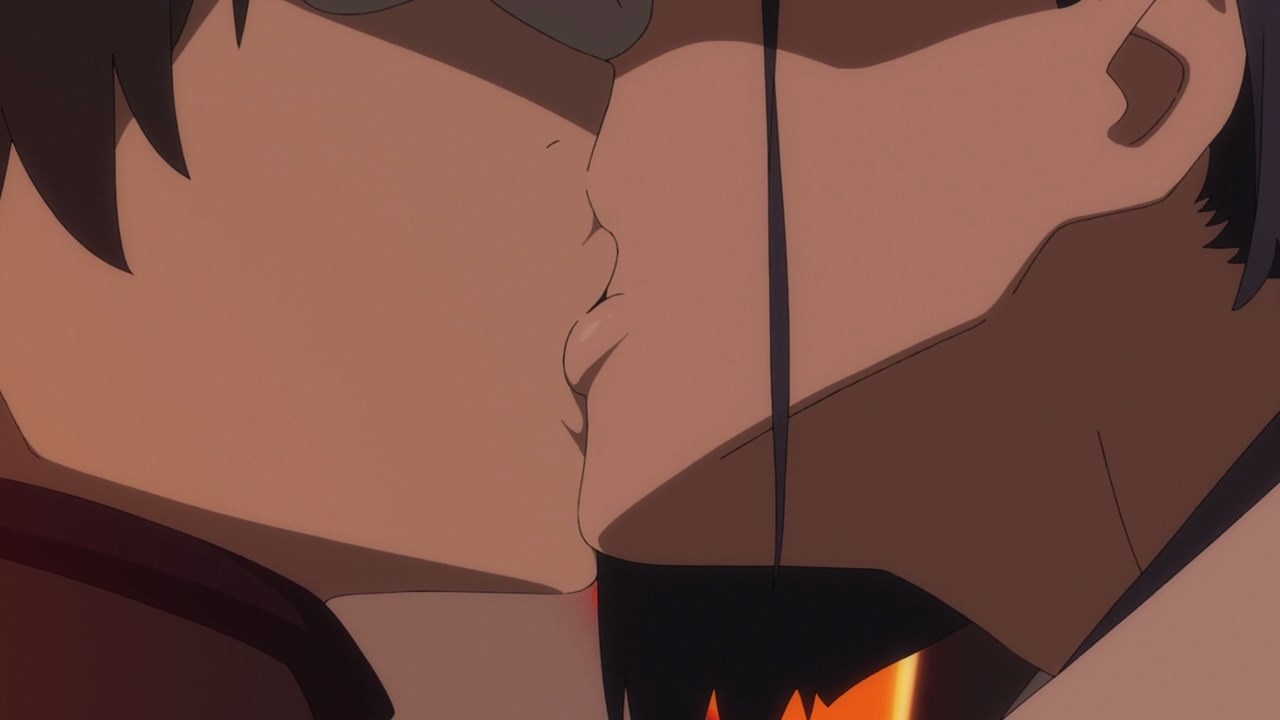 And so, they kissed in order to activate the Delphinium. Unfortunately, it doesn’t work unlike the previous one. 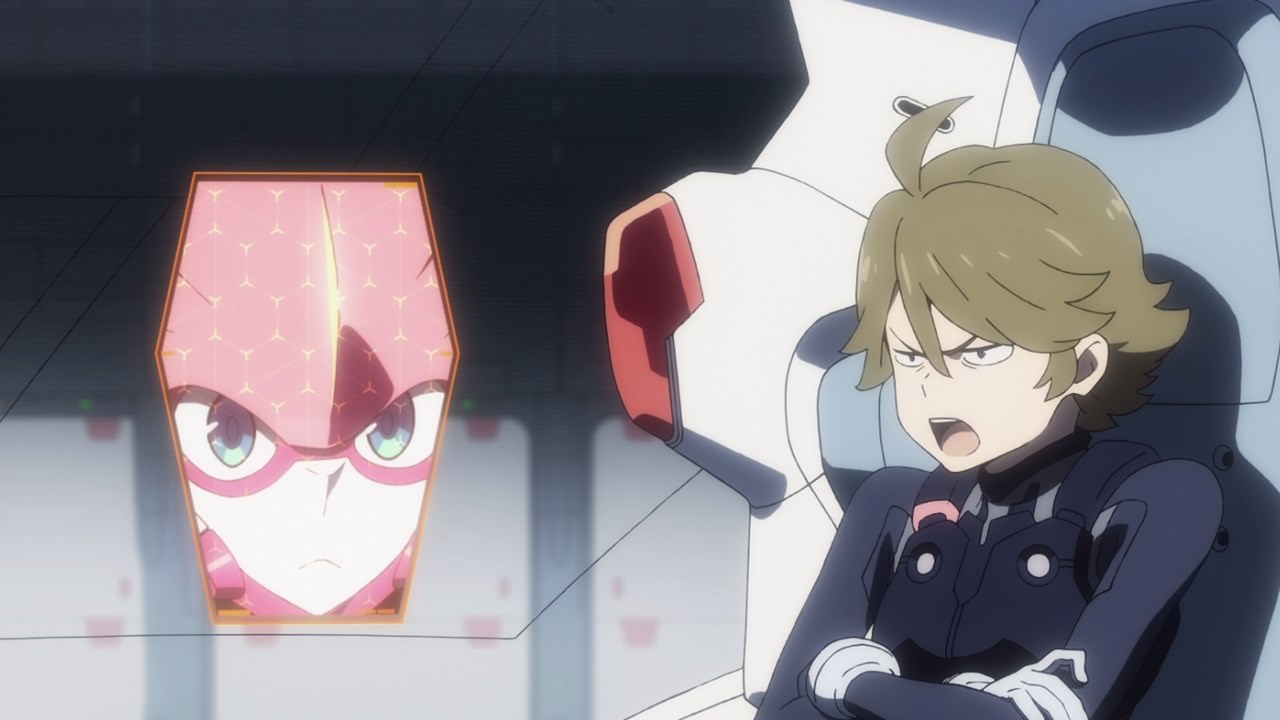 Meanwhile, Zorome is getting impatient as he told Miku that they’re gonna finish both Hiro and Ichigo… 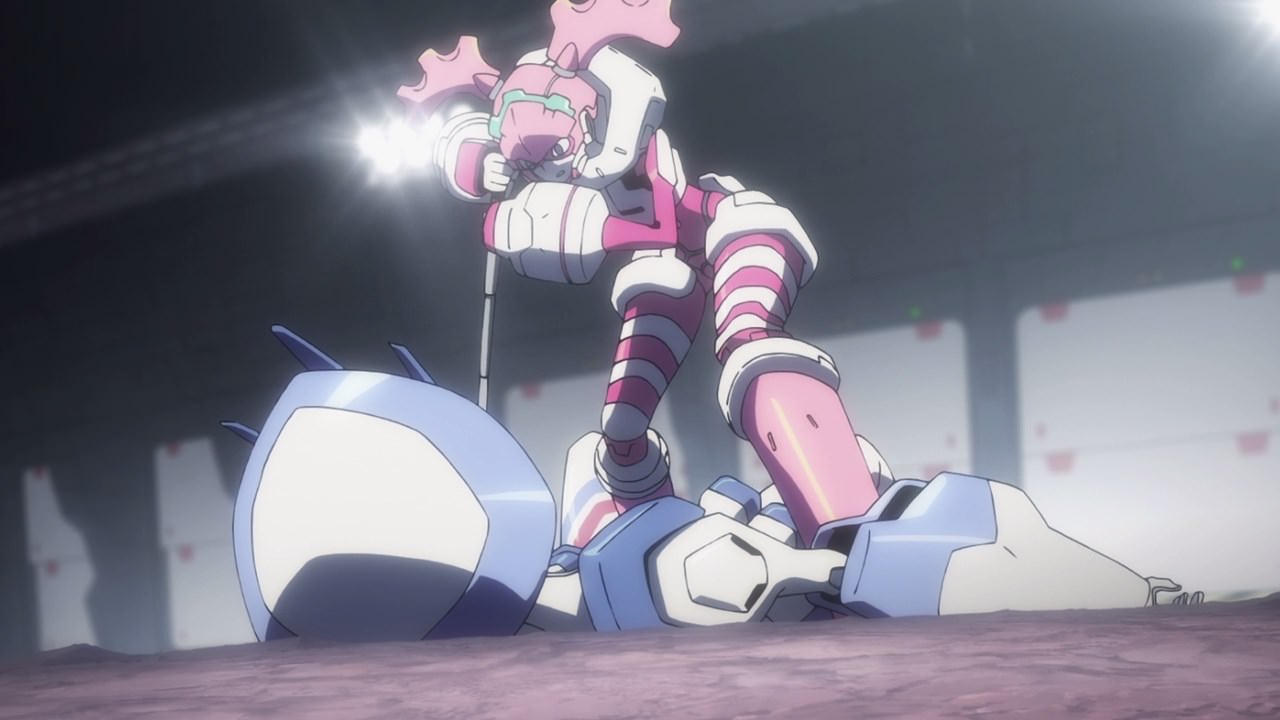 …as they knocked the Delphinium down. However, Zorome and Miku couldn’t deal the finishing blow as the higher-ups don’t want the FranXX getting obliterated during the mock battle as they’re important for dealing with the klaxosaur. 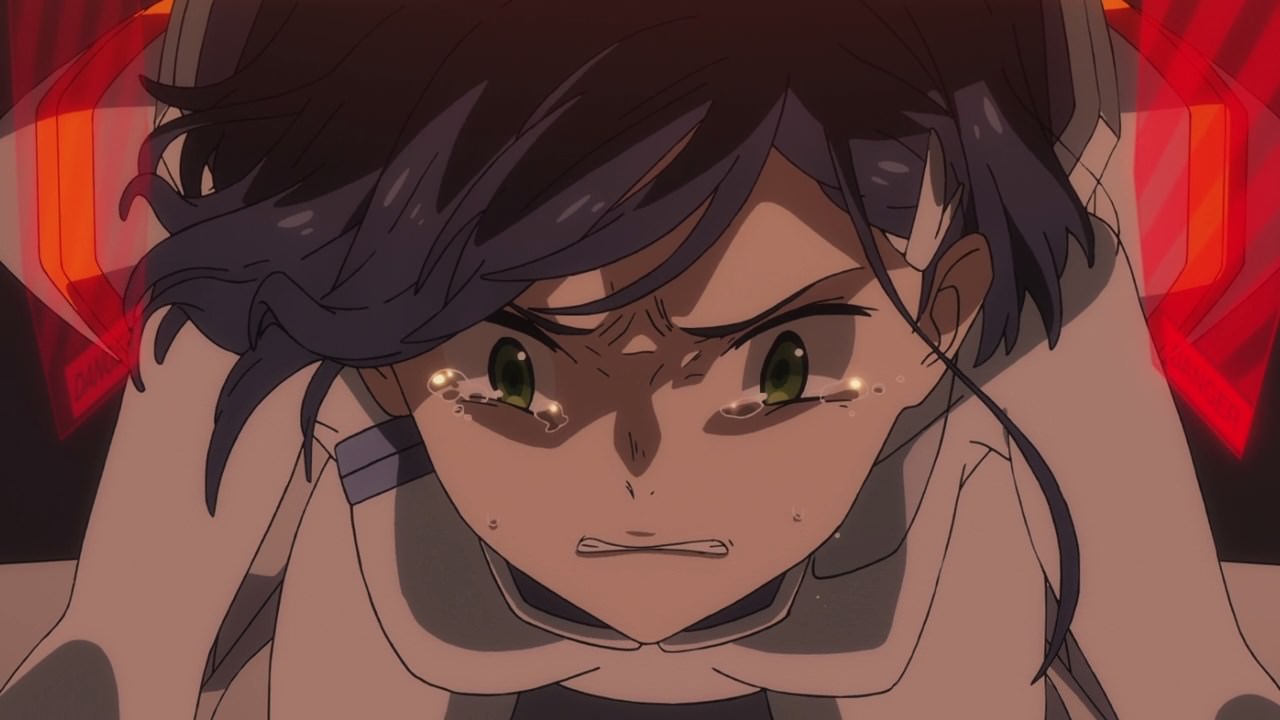 Speaking of Ichigo, she’s freaking frustrated that she’s get Hiro’s spirits up at all as she pilots the Delphiniun by herself, which is dangerous without her stamen. 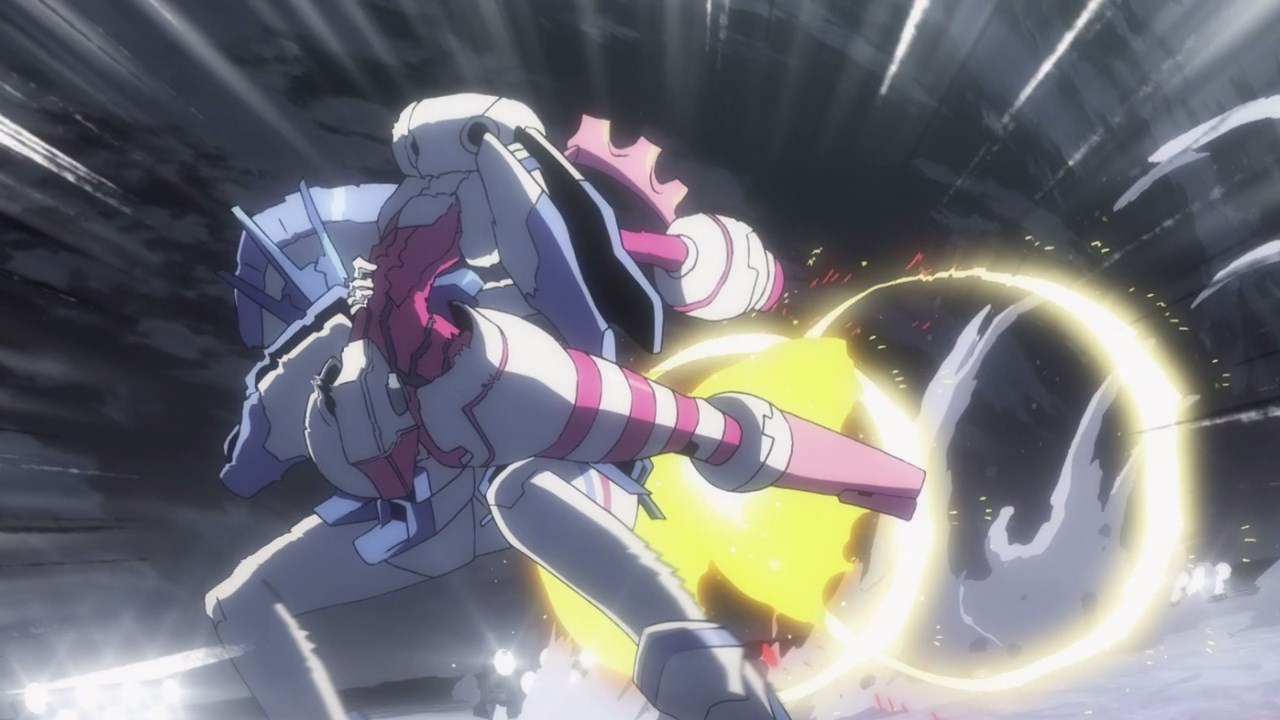 In any case, both the Delphiniun and Argentea are out of commission as the mock battle has ended with a whimper. 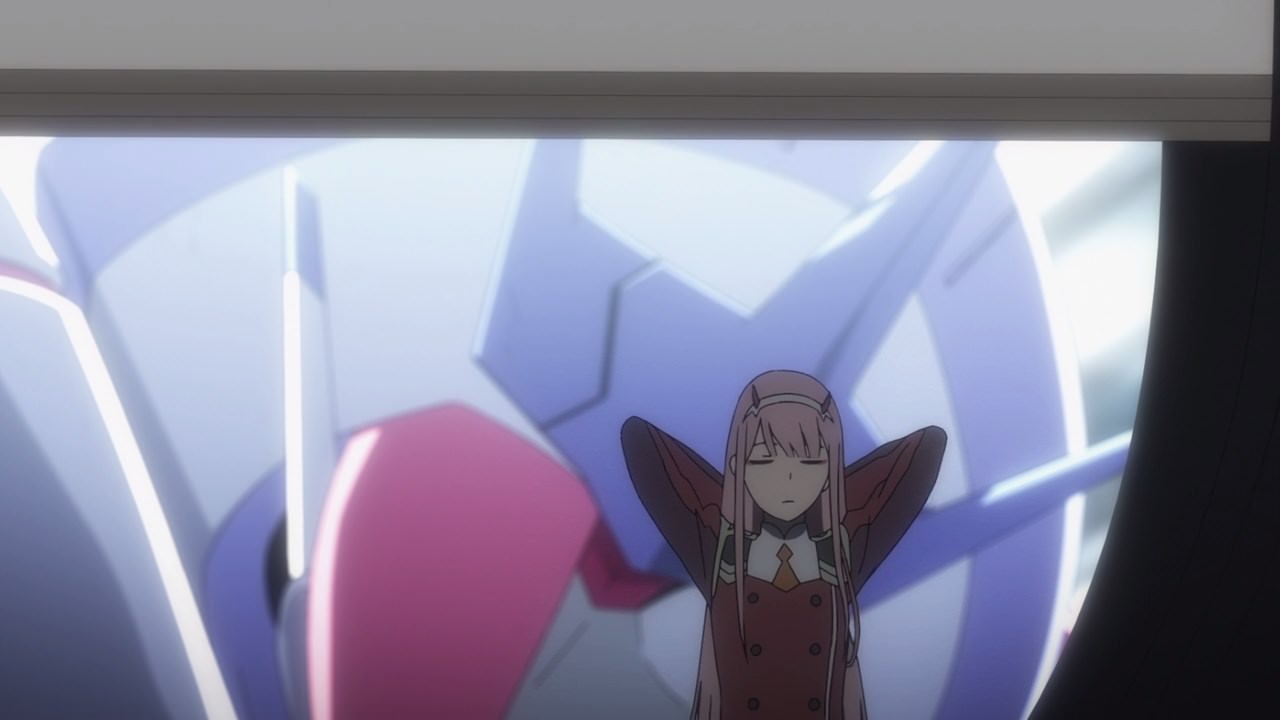 And as for Zero-Two, she had enough of watching this mock battle and let’s just say that she’s the only one who can become a partner for Hiro. But as for Hiro, it seems that his future as a parasite will be a bleak one as the council might send him away for being… impotent. Yeah, so many sexual innuendos on this anime.

In any case, let’s wait and see on the next episode and I’m hoping that Hiro will stay and prove that he could pilot a FranXX… when he’s partnered up with Zero-Two.