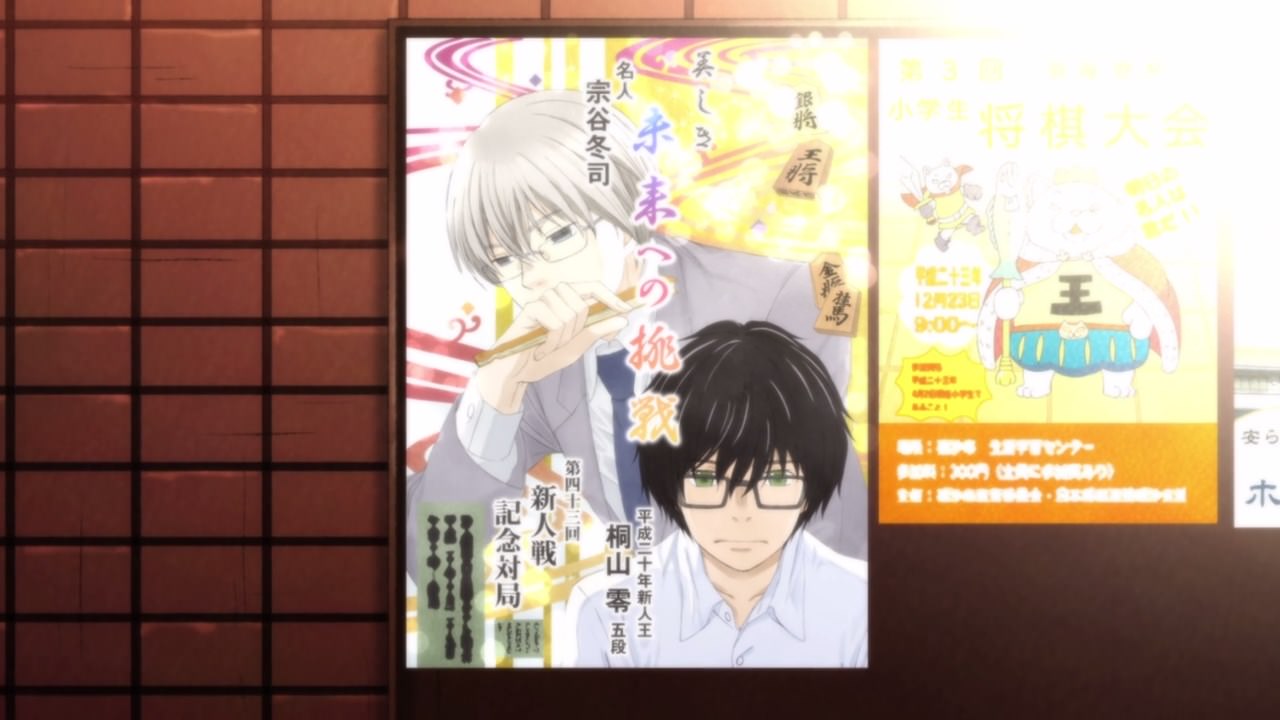 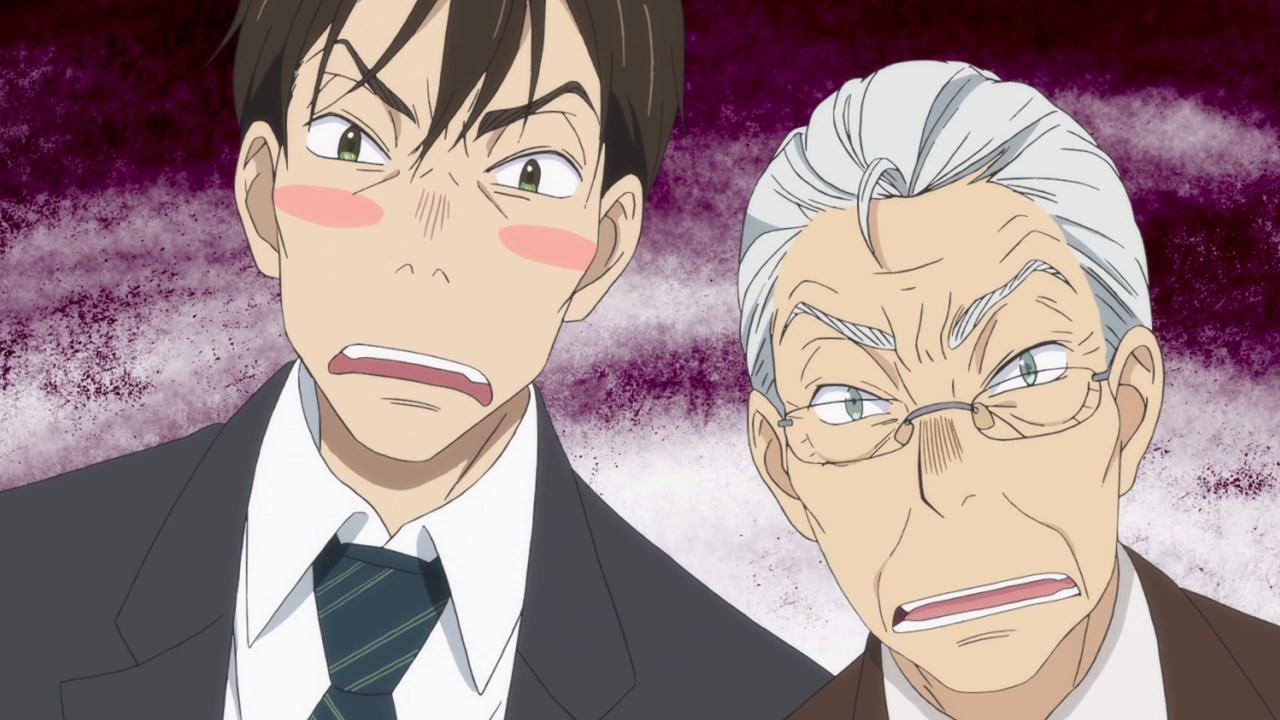 Well now, looks like the Shogi Association are hyping up the exhibition match between the Newcomer King Rei Kiriyama and Meijin Touji Souya.

So much that both Kai Shimada and Sakutarou Yanagihara couldn’t believe that this poster was created to promote the event, compared to their poster where it presented in a boring manner… and it was supposed to promote the title match at the Kishou Tournament. 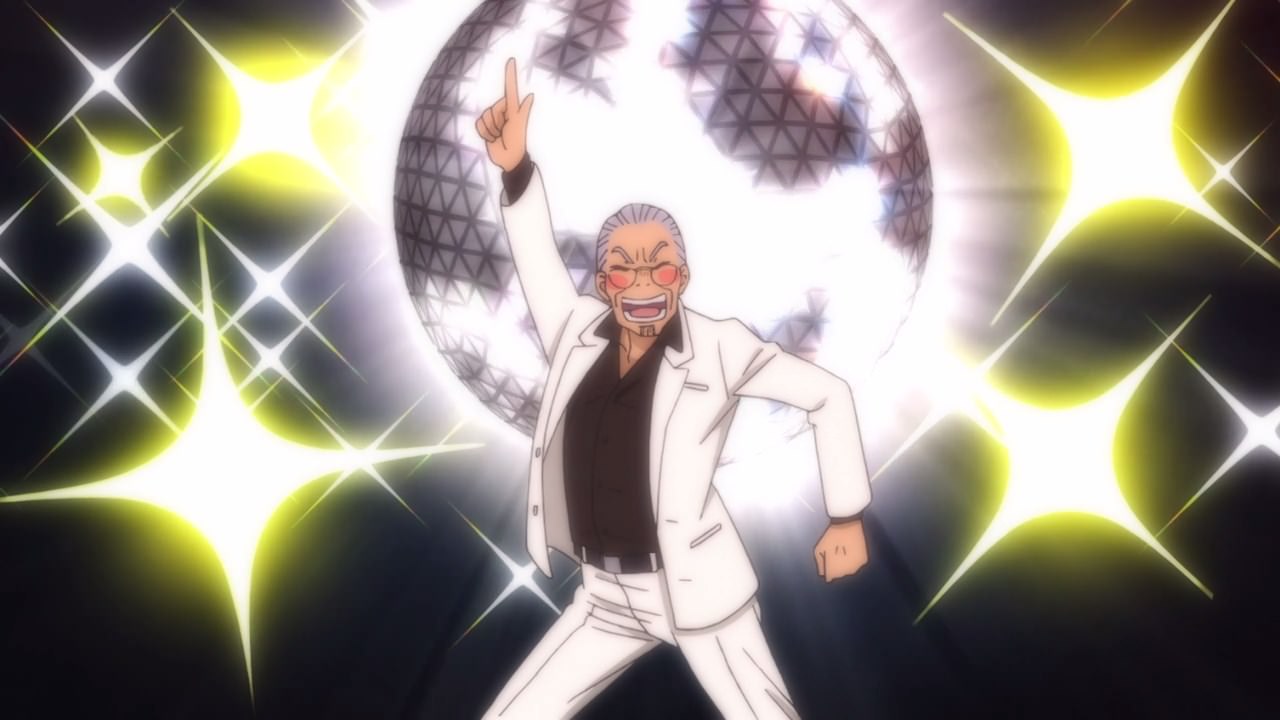 In any case, turns out that Chairman Jinguuji from the Shogi Association has splurged his money to hire some professional artists for the poster. After all, both Kiriyama 5th-Dan and Meijin Souya is very marketable right now.

Also, he told both Shimada and Yanagihara that their match was so horrible with both players having their own illnesses. 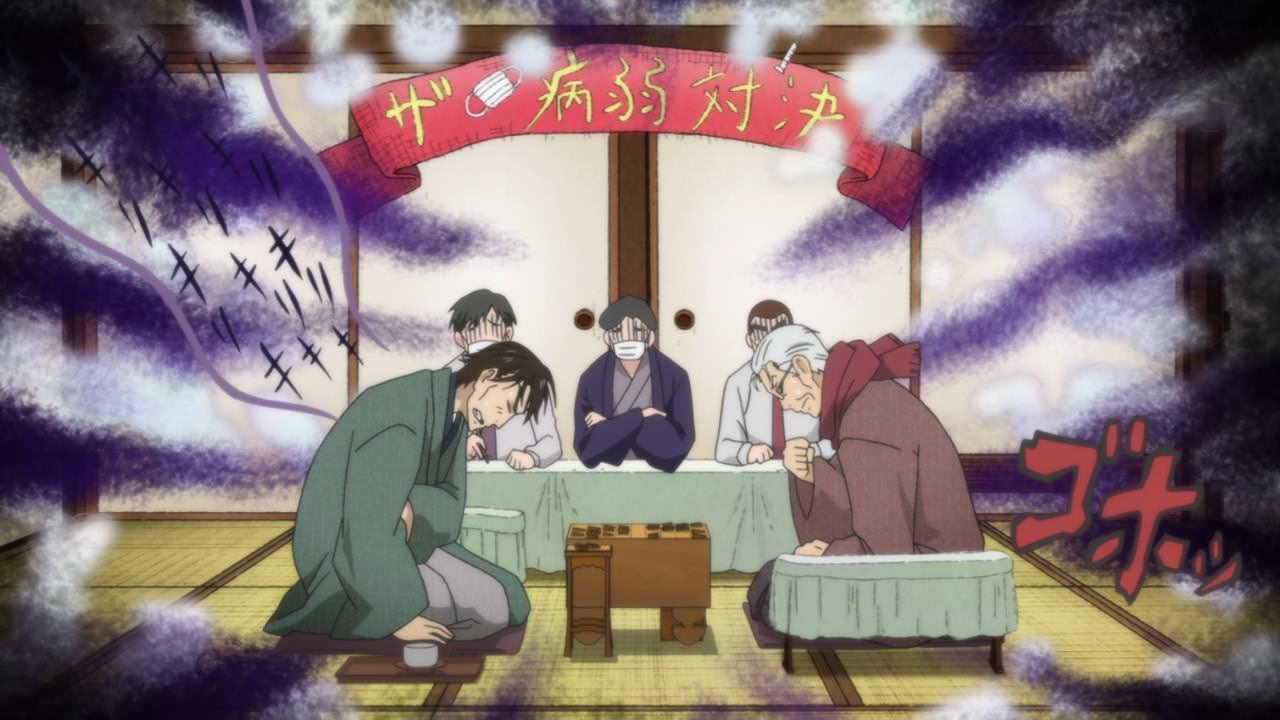 Yeah, I have to say that the chairman is right because you have the title holder coughing due to having a flu, while the challenger is getting stomach pains which it might turn into an ulcer.

With that said, let’s hope that the next game between Shimada and Yanagihara won’t end up like this. Also, wish the best of luck for Kai Shimada because it’s his chance to take the title away from Sakutarou Yanagihara! 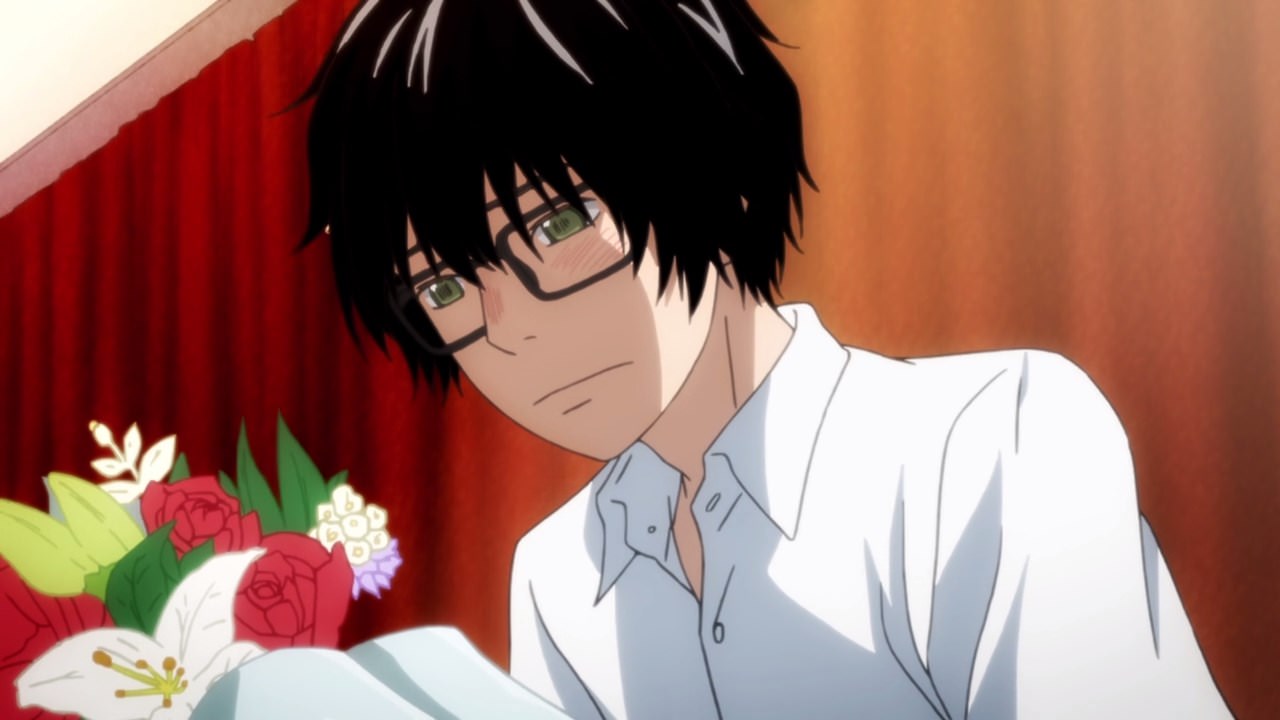 Now then, it’s time for the exhibition match between Rei Kiriyama and Touji Souya as it’ll held in Iwata’s capital city Morioka.

Of course, Kiriyama isn’t used to getting interviewed by various reporters as it was his first time going on a public event as an opponent to the Meijin. 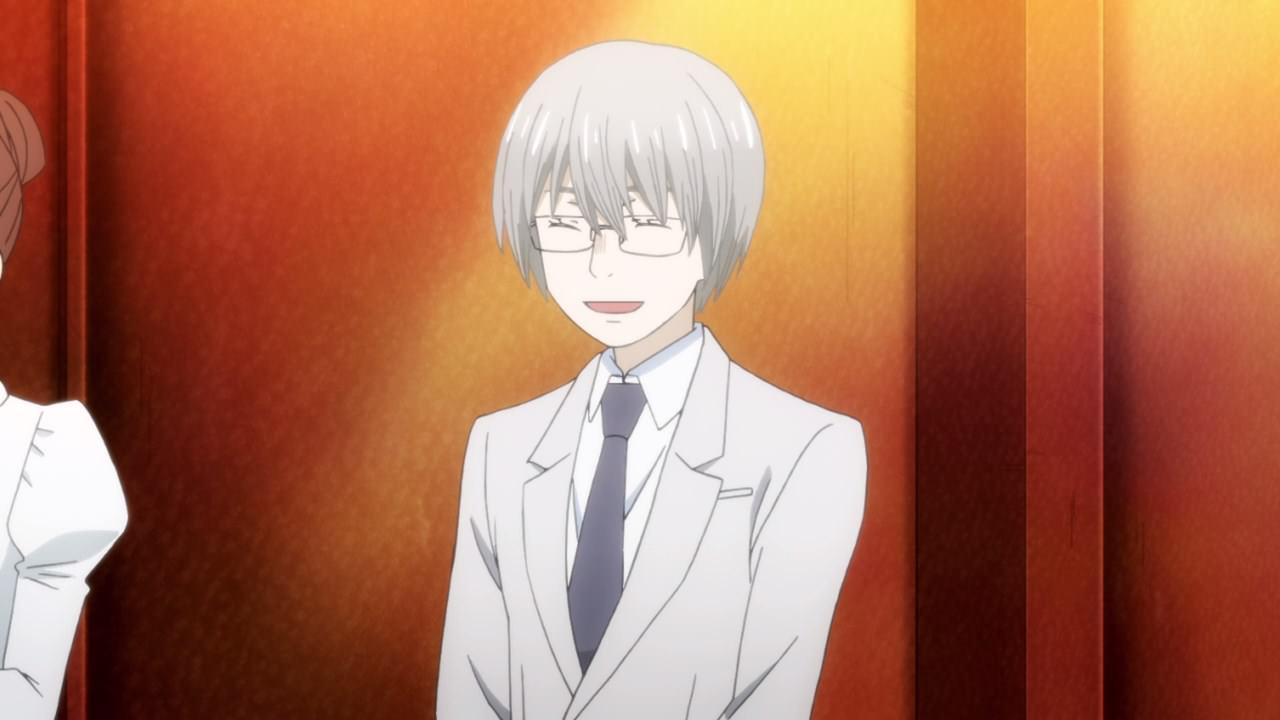 And here’s the title holder of Meijin as Touji Souya has arrived to answer some questions from reporters. Yeah, he’s used to it ever since he became Meijin. 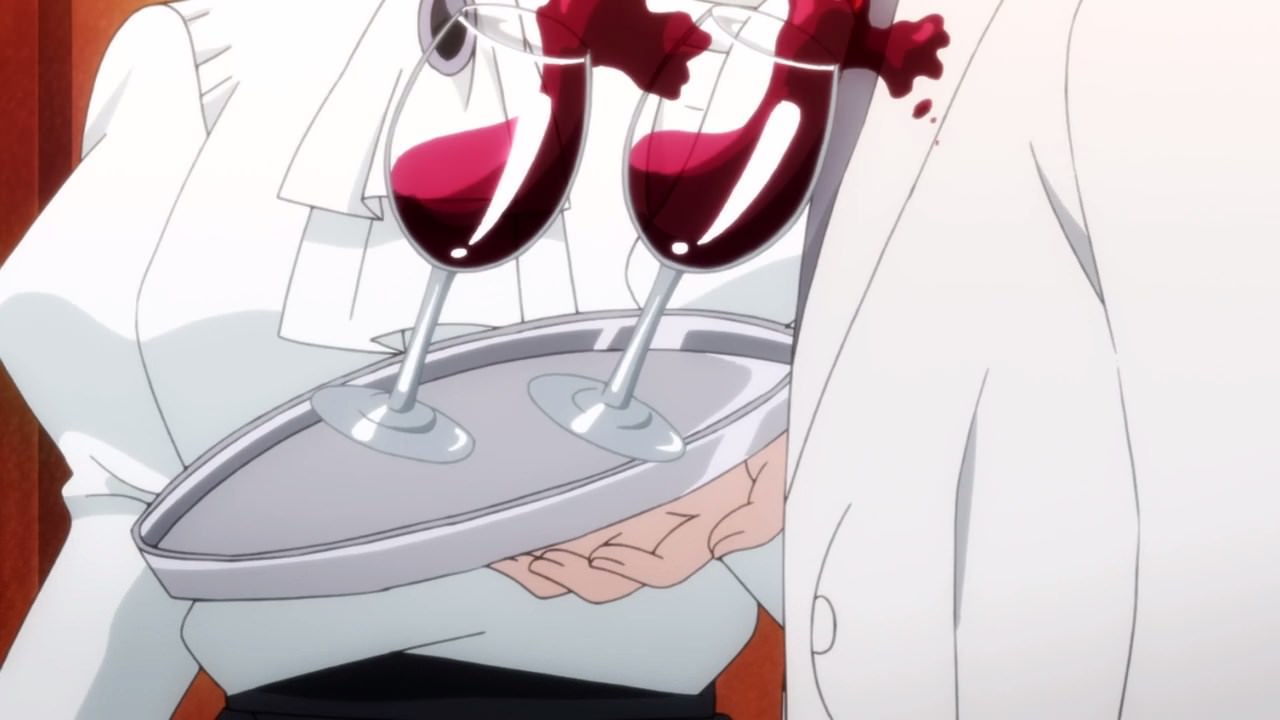 Unfortunately, Meijin Souya sometimes doesn’t pay attention to various things as he accidentally bumped into a waitress and he got some red wine onto his suit. 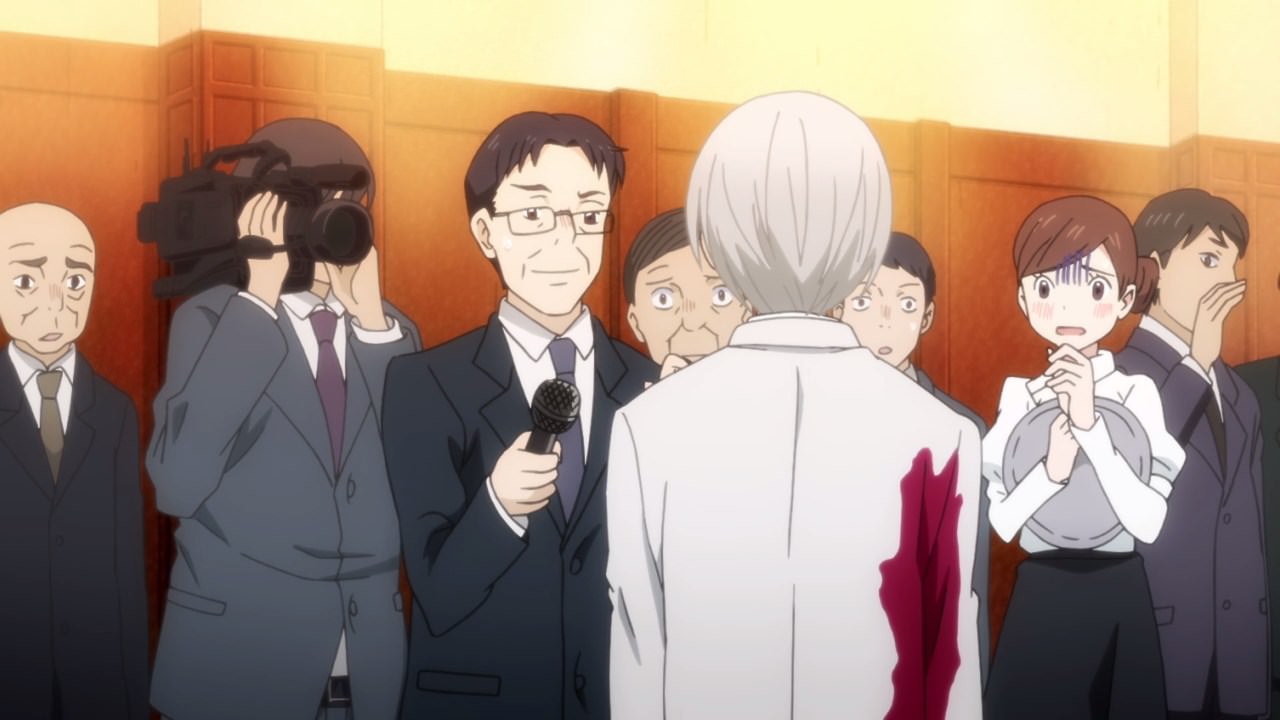 Meanwhile, the reporters are stunned about this mishap, but they continued interviewing Meijin Souya despite having his only tuxedo stained. 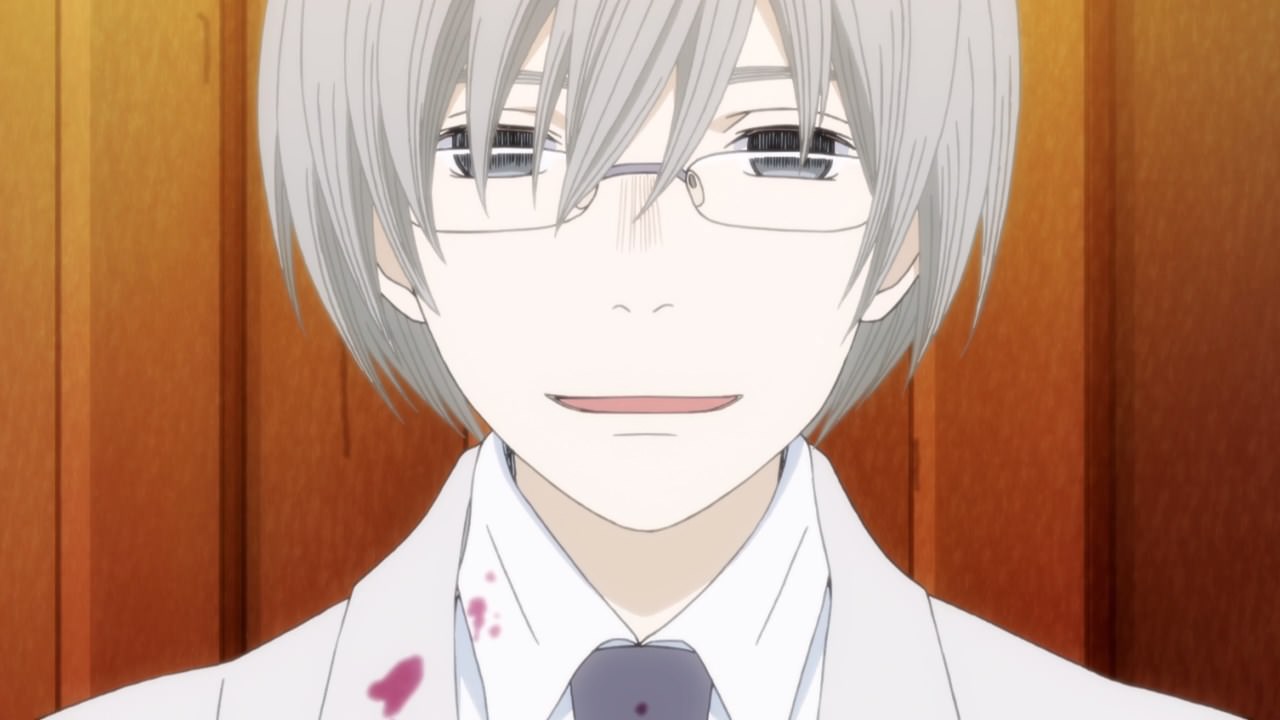 And as for Touji Souya, he says that they should look forward for this exhibition match and told “good luck” to his opponent Rei Kiriyama. So yeah, he’s not angry or anything as he closes the interview in a calm manner. However, those wine stains on his white tuxedo? I feel that it symbolizes something, hinting that the exhibition match would be a bloodbath and it won’t end well for Kiriyama on the next episode.

Then again, it’s not like Kiriyama’s fate is already sealed as he might pull something to stop Meijin Souya’s relentless attacks so we’ll find that out next week!