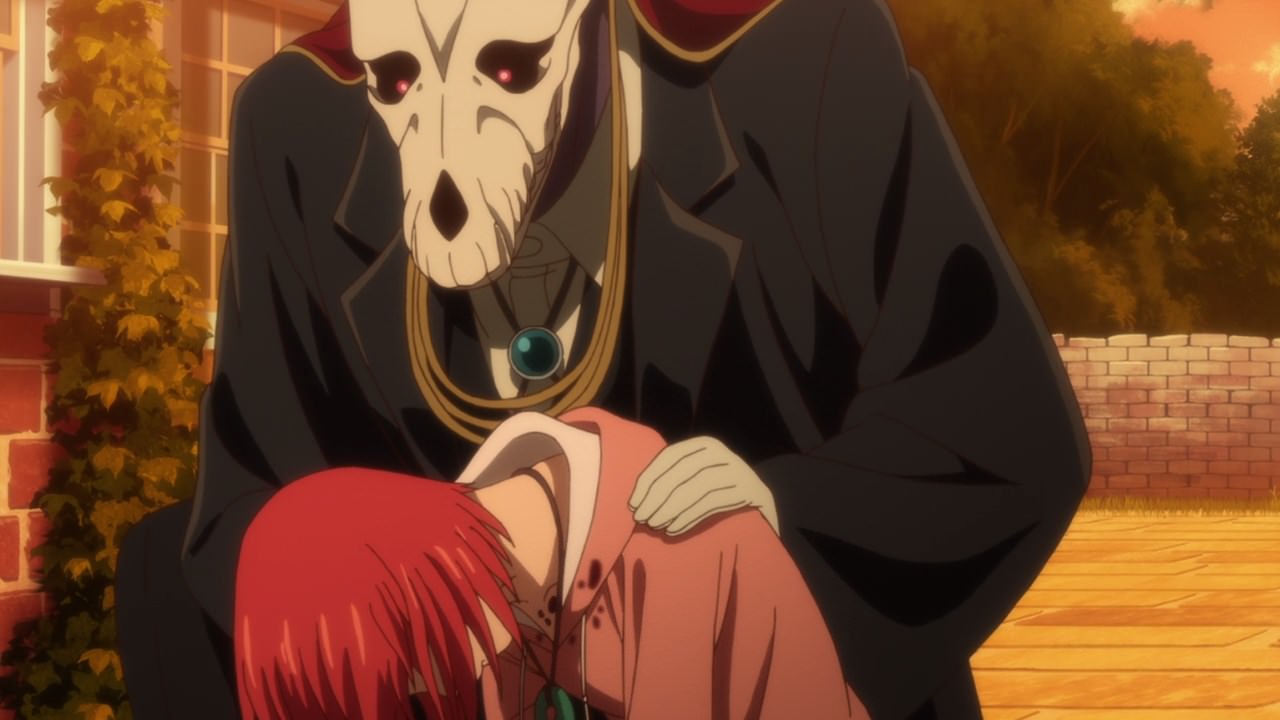 Well everyone, Elias Ainsworth is starting to panic as Chise Hatori is collapsed due to her immense surge of magic within her body. 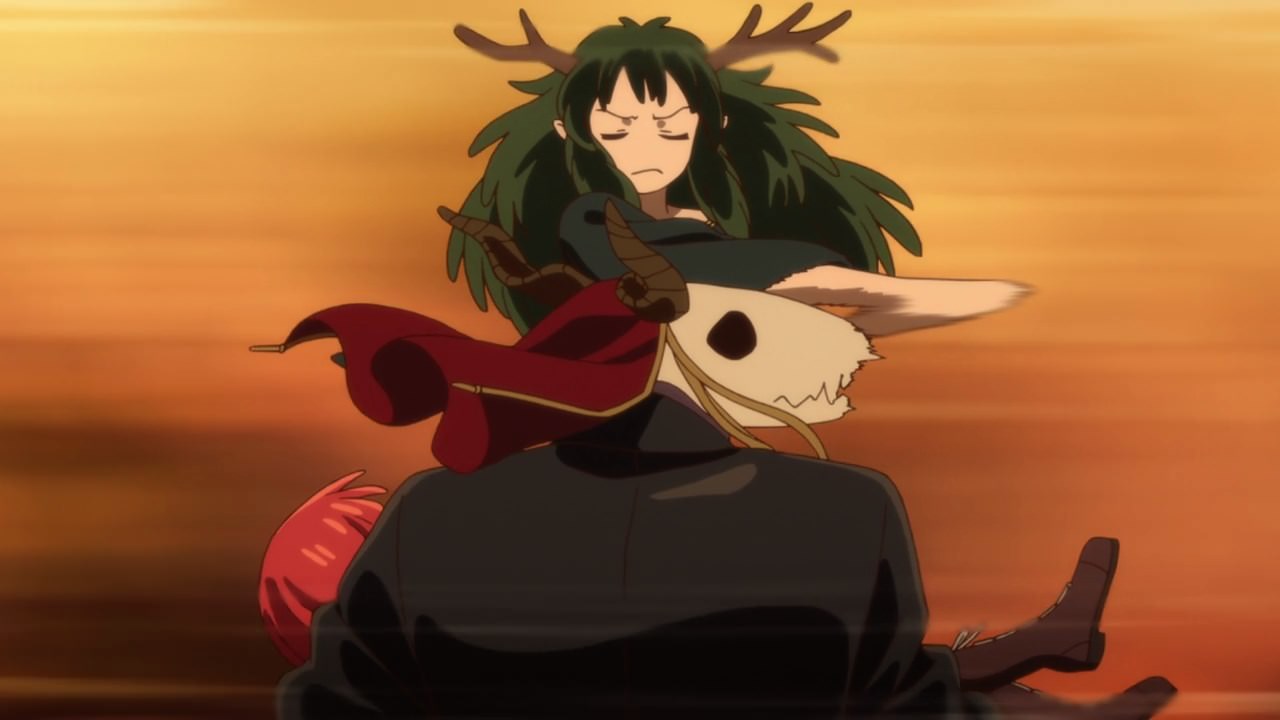 However, Oberon snapped him out as the fairy king has a plan to heal Chise’s wound. Of course, they need to go somewhere else… 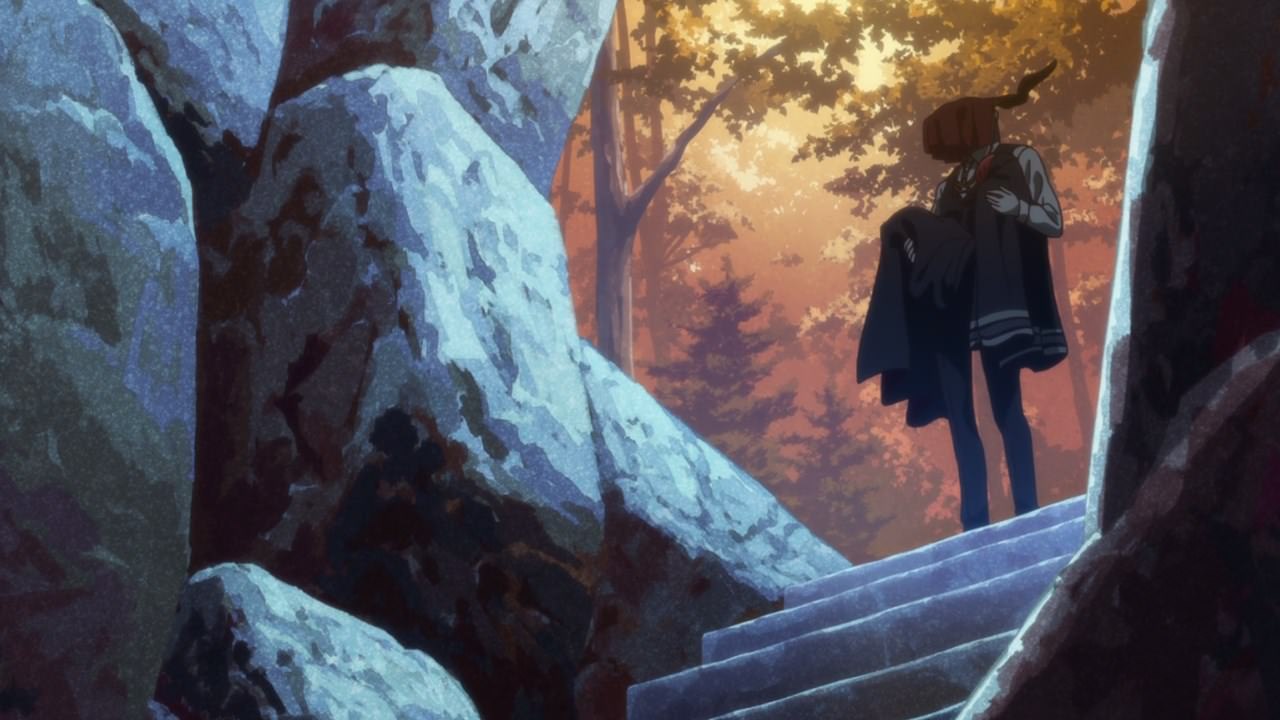 And so, Elias Ainsworth brought Chise Hatori to the land of the fairies where time moves slowly upon going there.

While Chise tried to go to the land of the fairies back in Episode 2 before the Thorn Mage stopped her, this is the only time that Elias will reluctantly bring his bride there. What an irony! 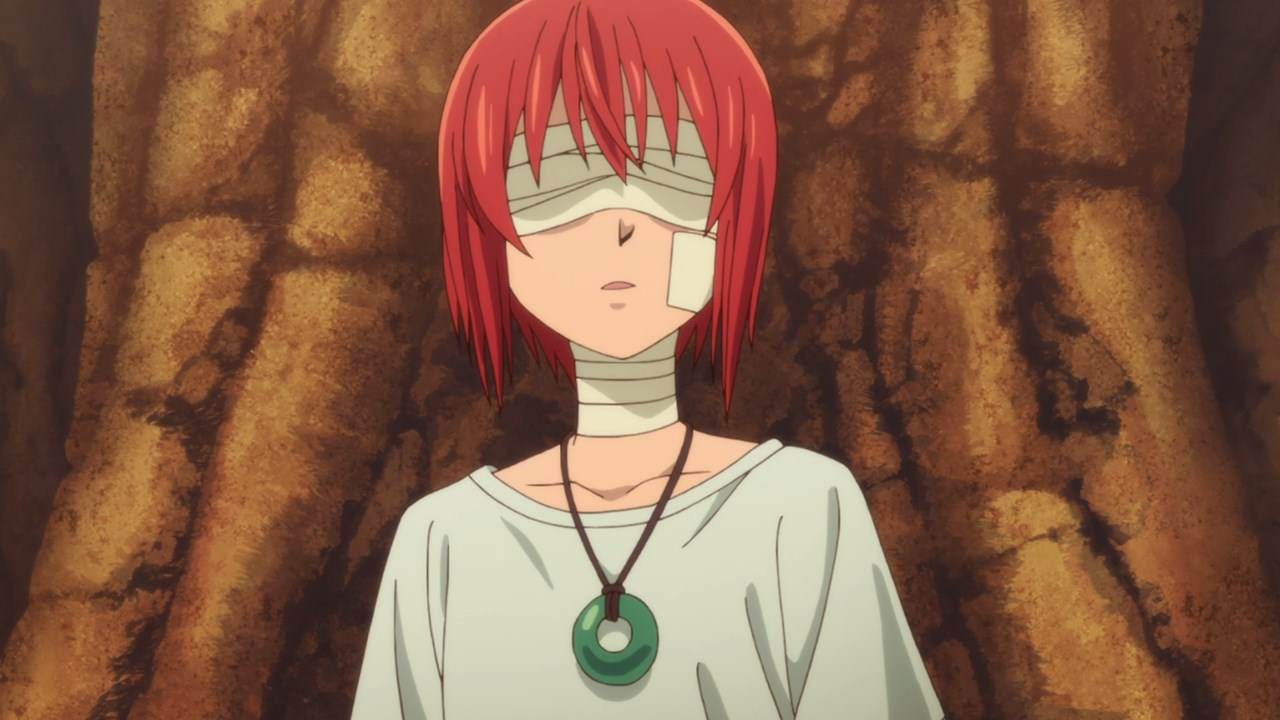 In any case, Chise Hatori is still alive as she’s covered in bandages. Heck, even her eyes are blindfolded too. 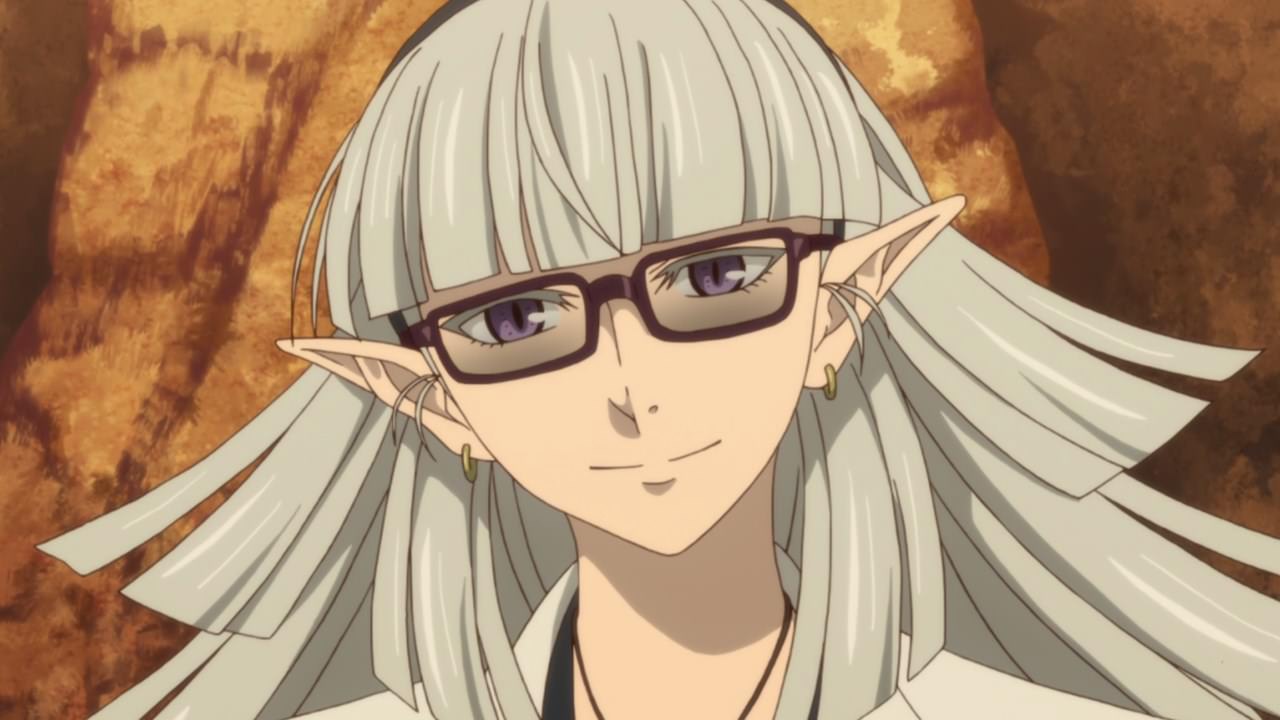 And this is the one who healed her wounds as I introduce to Shannon, a changeling who briefly lived in the human world before settling down in the land of the fairies as a doctor. 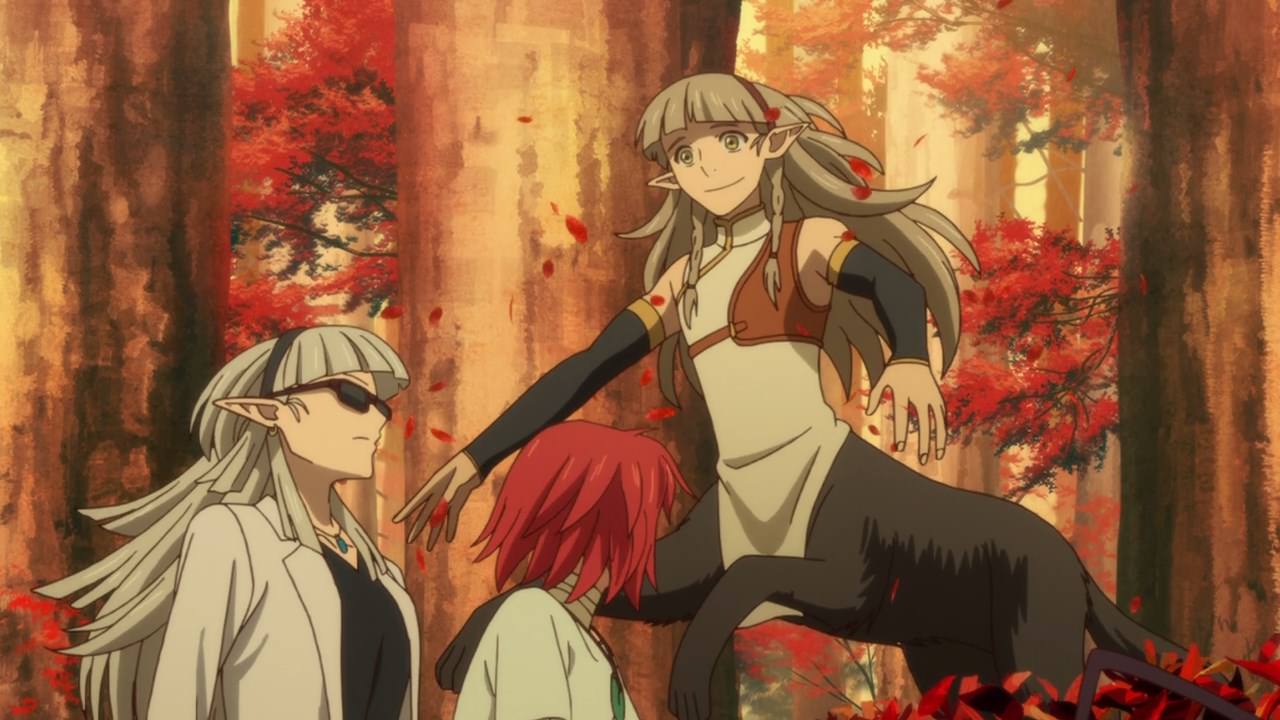 Also introducing is Shannon’s husband Shanahan who lived as a human before he went to the land of the fairies and changed into a centaur. Of course, Shanahan wants to see Shannon all the time where she’s busy tending her patients.

With that said, going into the land of the fairies is helping Chise on healing her wounds. But she’s not fully-healed yet. 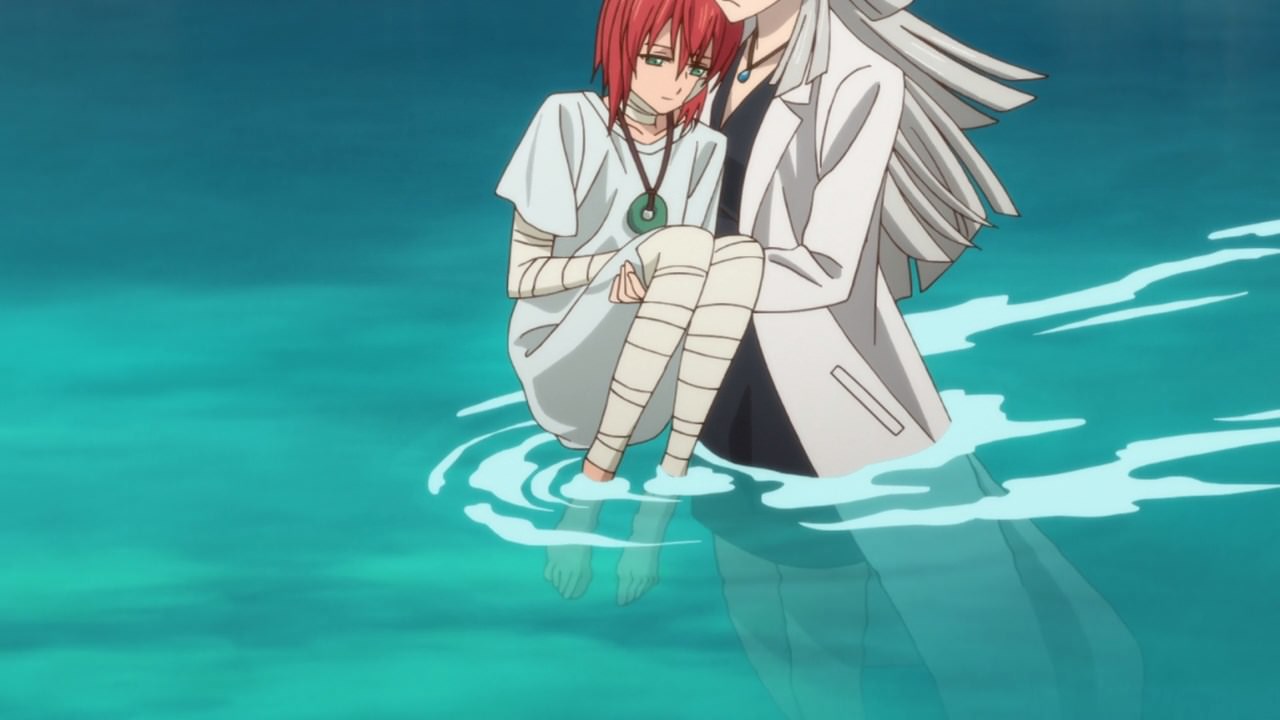 So, Shannon brought Chise Hatori to a sacred lake where Chise’s open wounds will be healed… 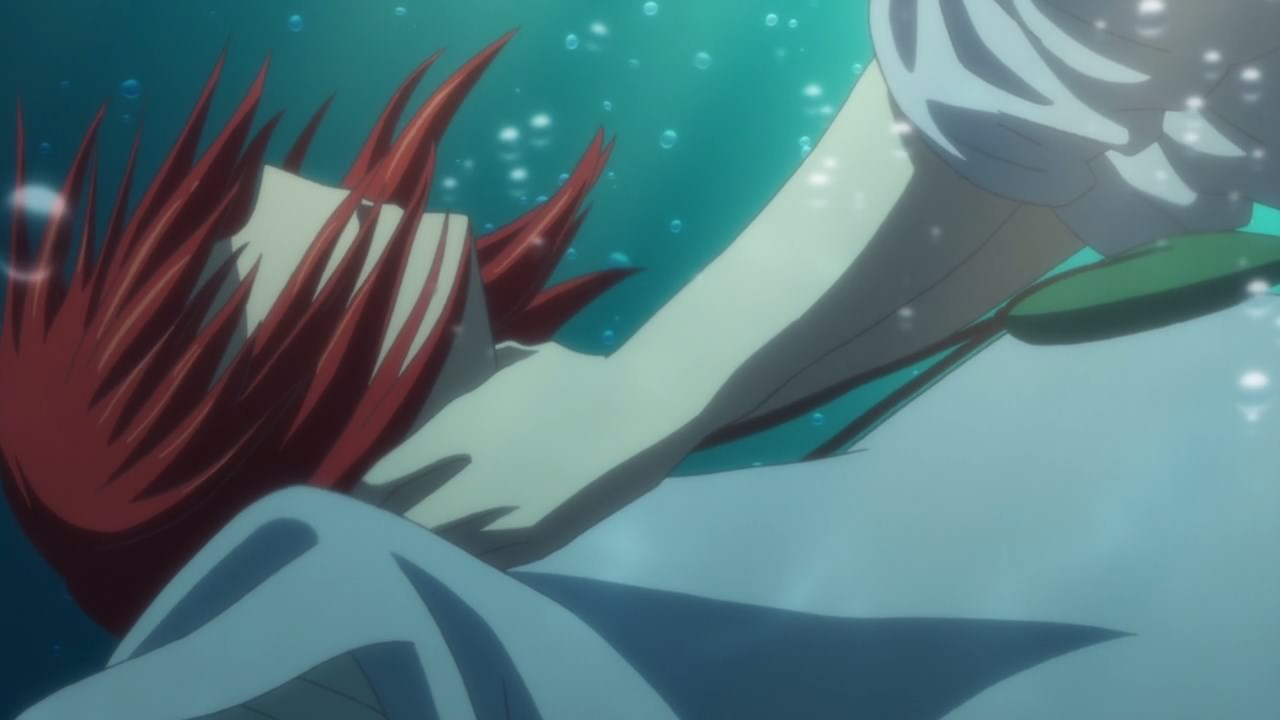 …and proceeds to strangle her because Shannon despises Sleigh Beggies so much.

Hey Shannon, that’s not how you treat your patient, I’ll sue you for medical malpractice! 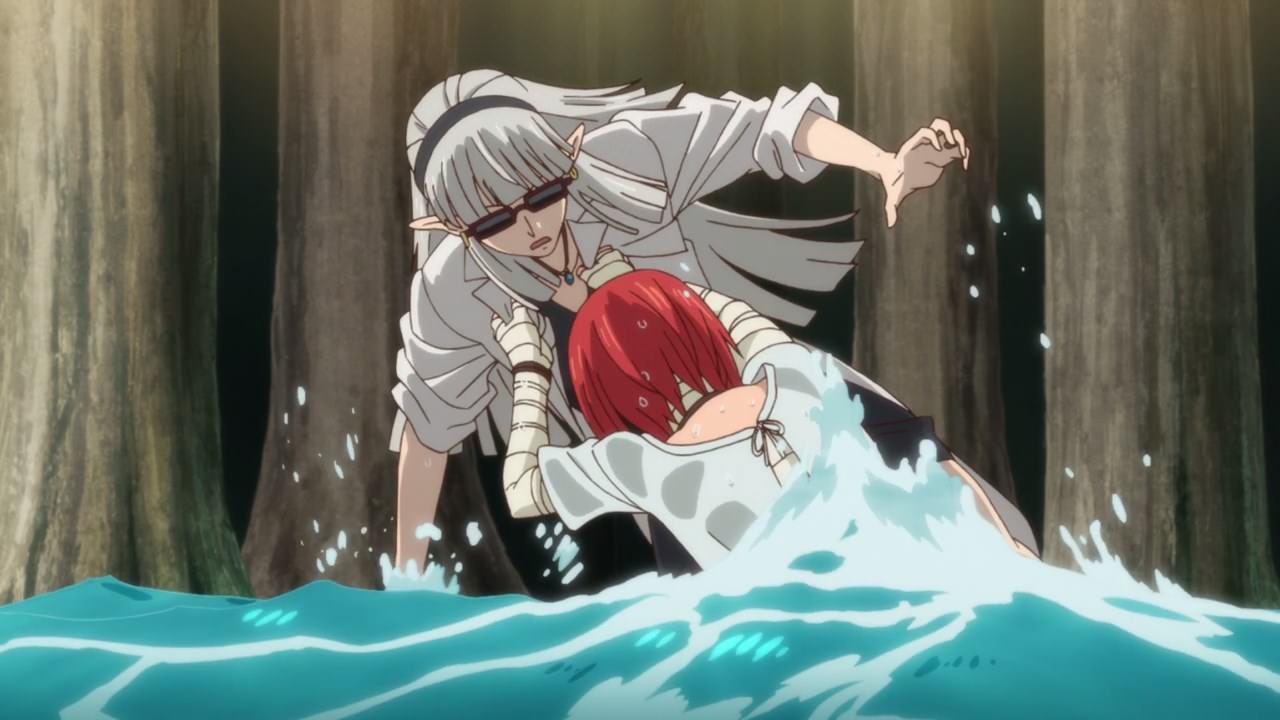 Fortunately, Chise’s will to live has overpowered Shannon as she pushed her away. Man, I thought Chise will be a goner. 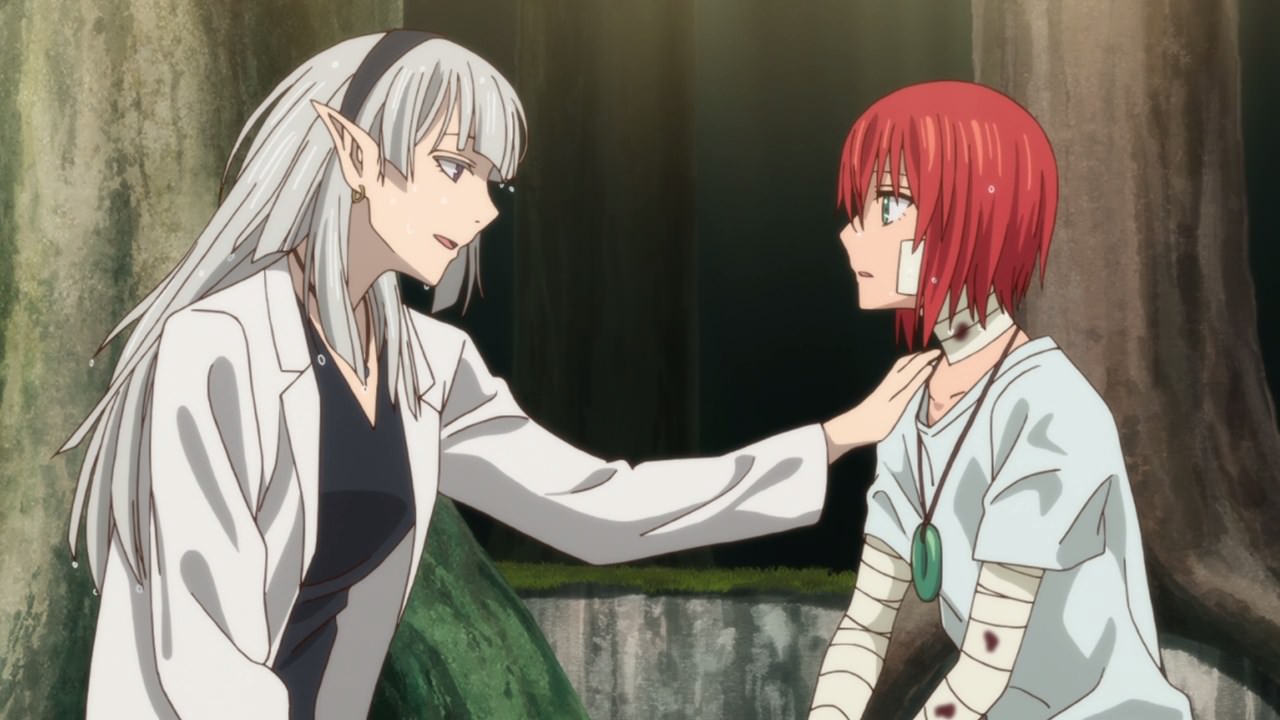 In any case, it seems that Shannon is impressed by Chise’s willpower that it helped her wounds to heal faster.

So yeah, Chise Hatori can live another day, but Shannon shouldn’t have done that or Elias Ainsworth might kill her! 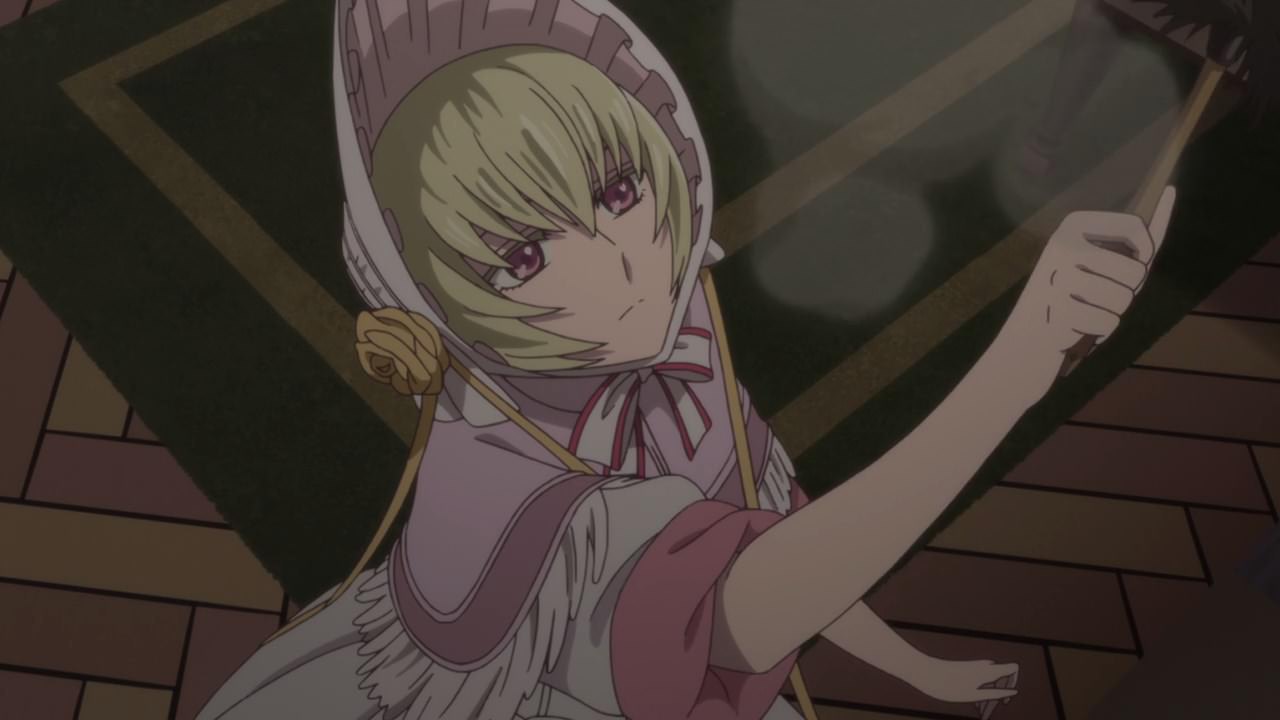 Meanwhile, here’s something different to show on this episode as we have Silky and how did she end up becoming a maid to Elias Ainsworth. 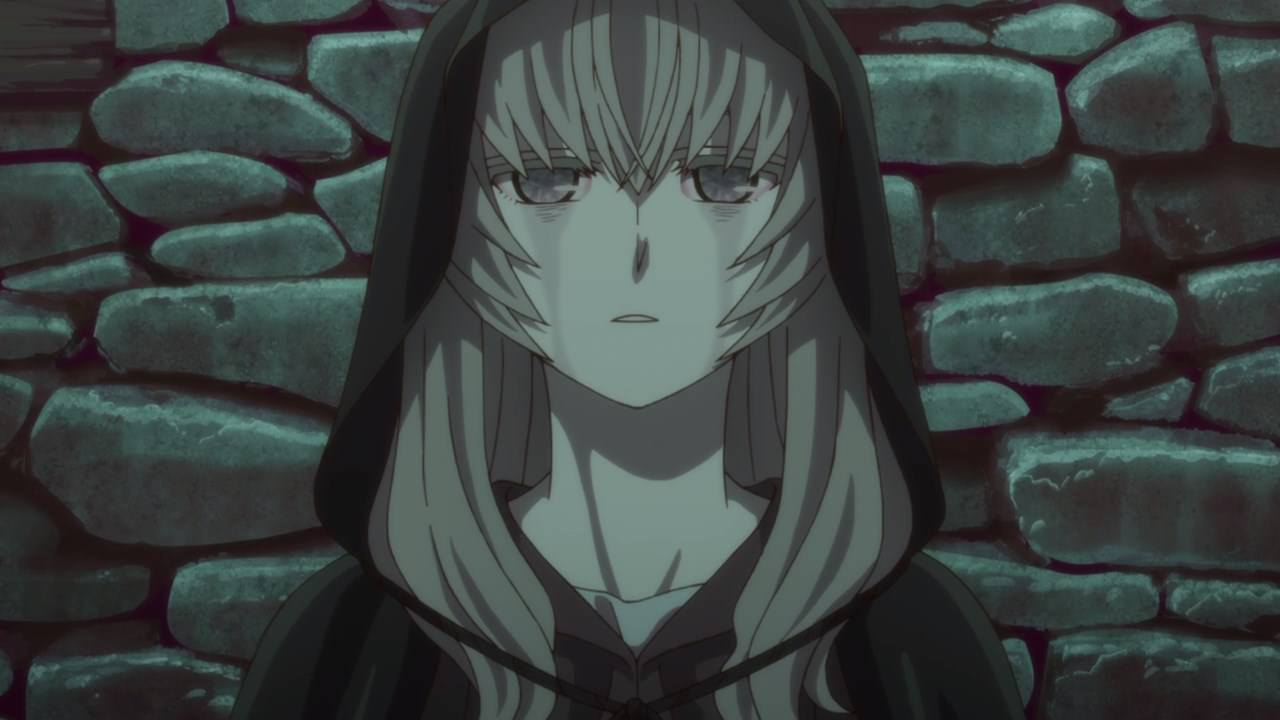 Well to start things off, Silky started off as a nameless banshee who lost her family and thus she wails on their passing. 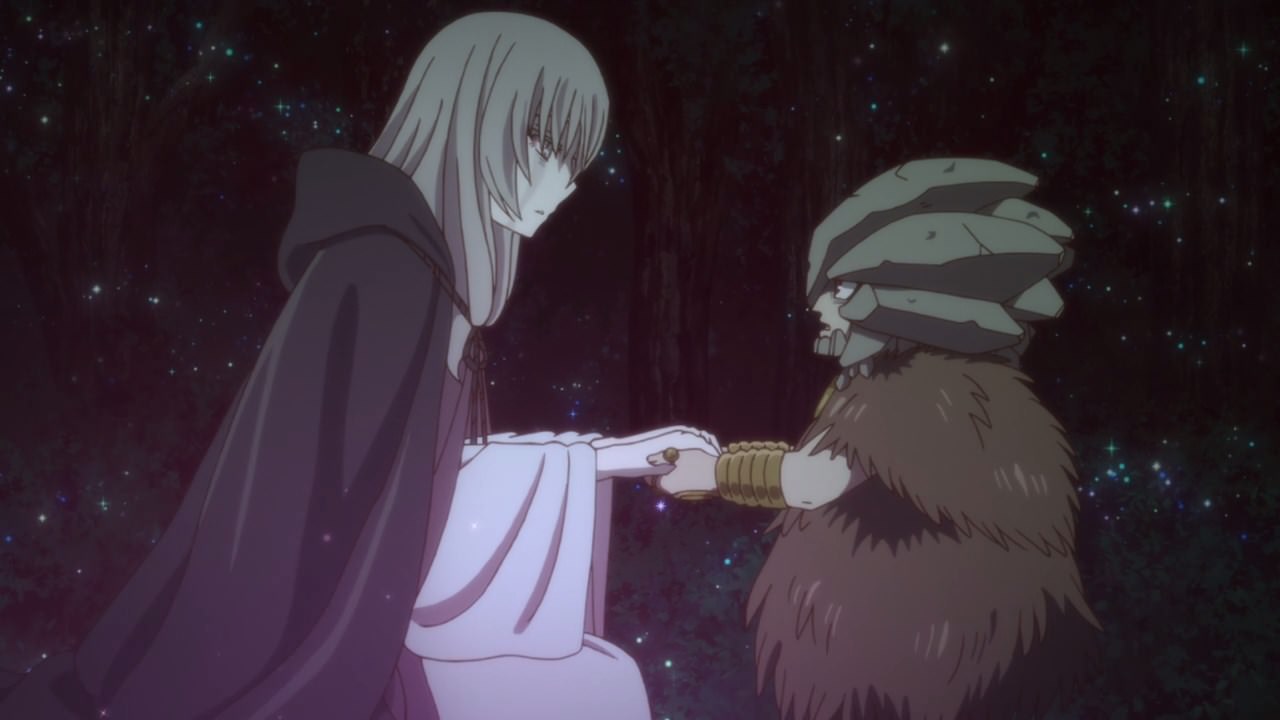 However, it was the help of a spriggan that gave her a second chance in life by becoming a maid to her new family. Eventually, Elias Ainsworth took Silky in and the rest is history.

Well, I’m thankful that Titania’s fairies helped Silky on turning her life around. 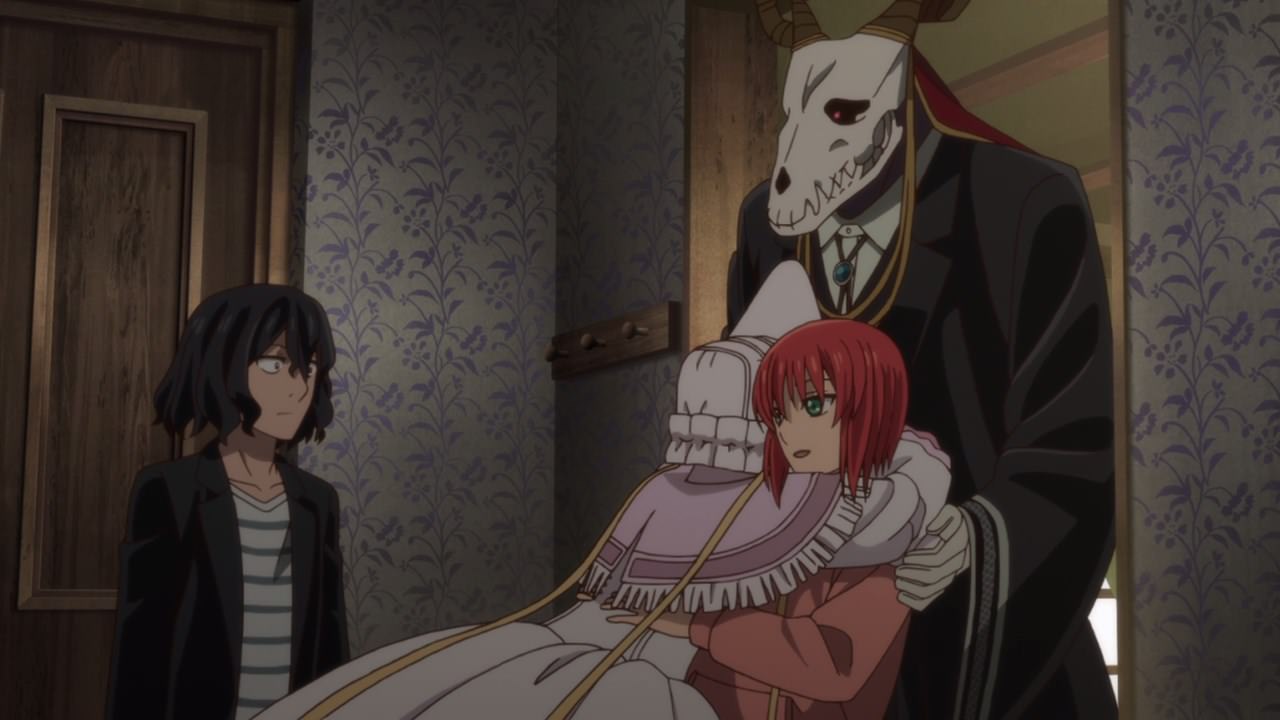 And with that said, let’s end this post as Chise Hatori returned home and Silky hugs her tightly. How sweet to finish this week’s episode!