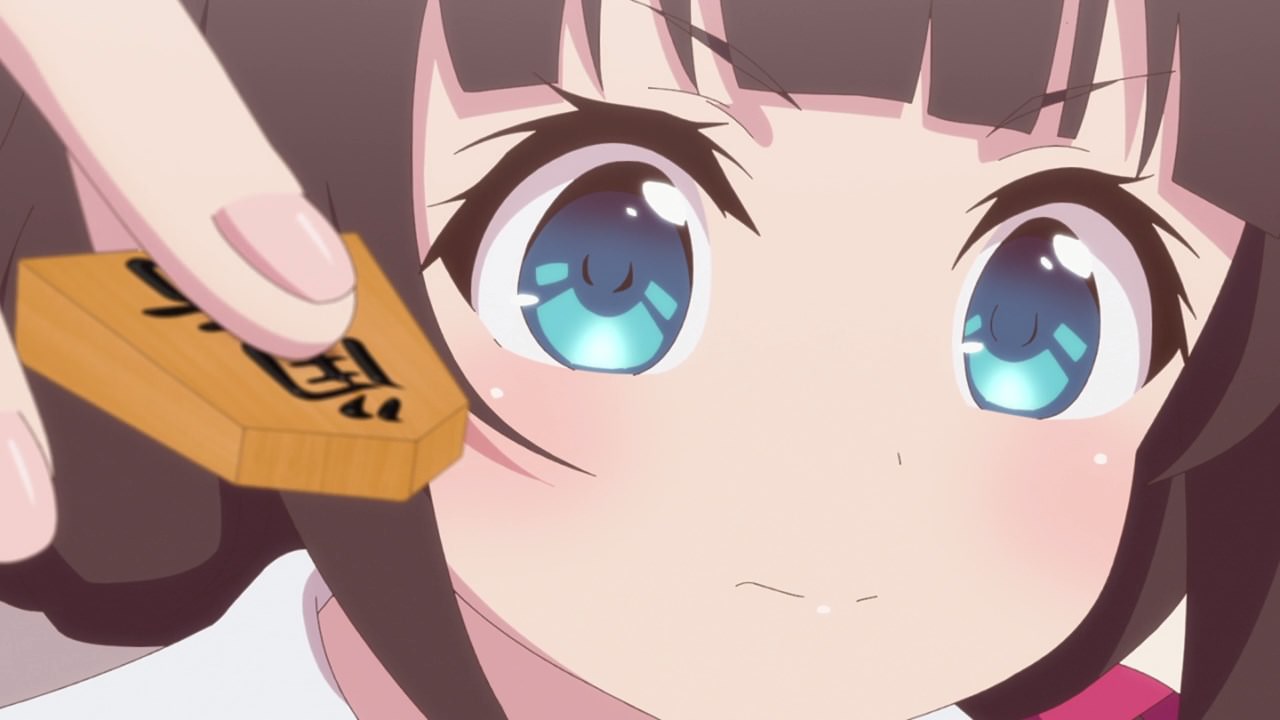 Well everyone, it’s the day of judgement where Ai Hinatsuru must win 3 straight matches in order to become a professional. 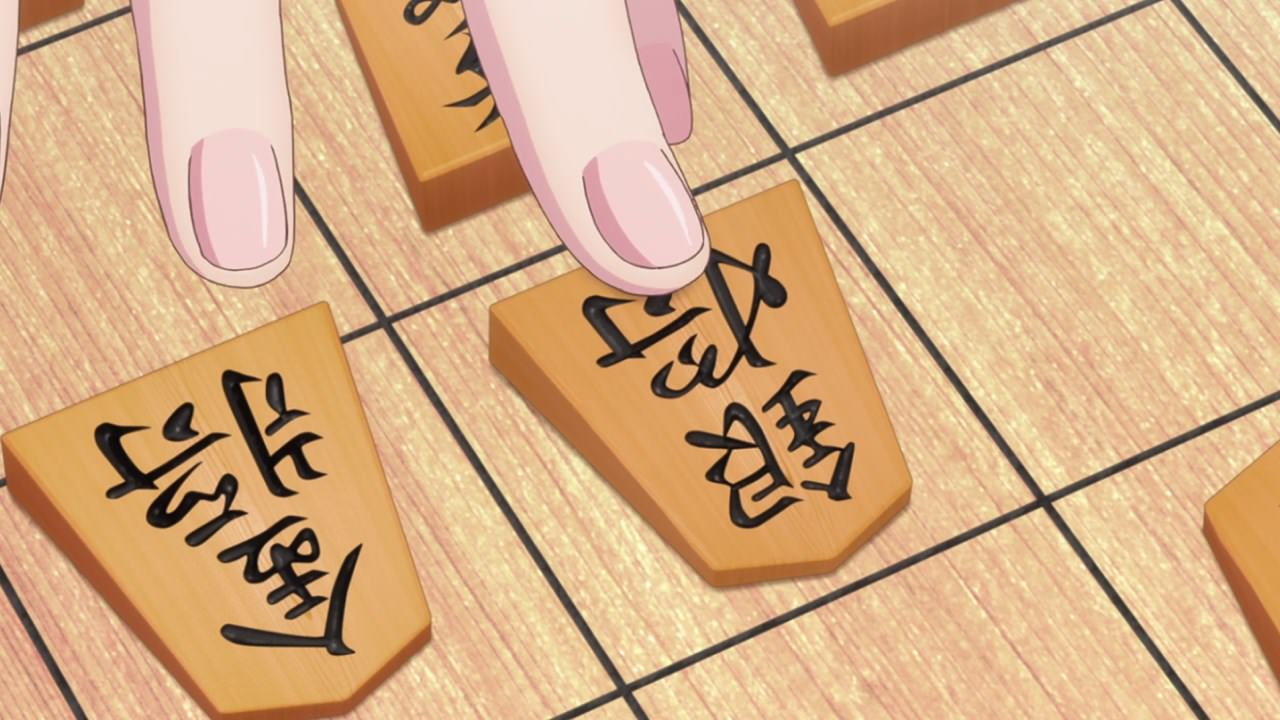 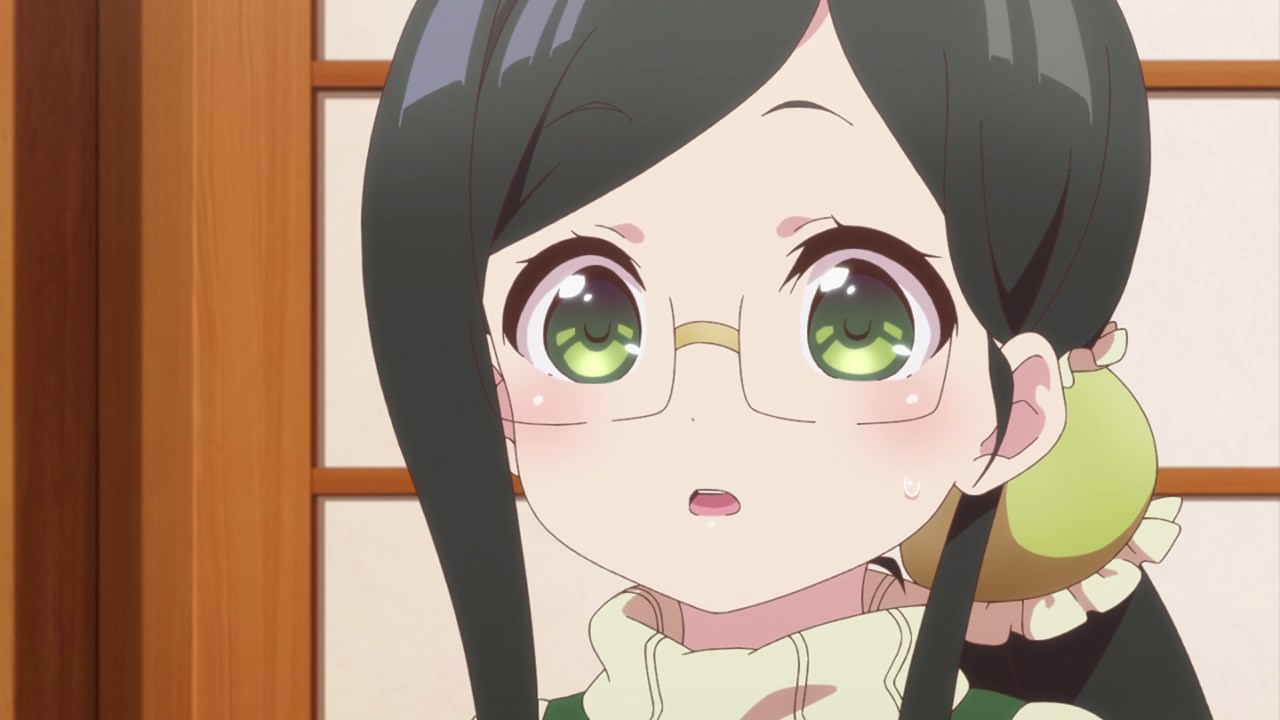 And right off the bat, Ai claimed her first win against Mio Mizukoshi in a swift and decisive move. Well, I would say that Ai-chan is another level among her peers. 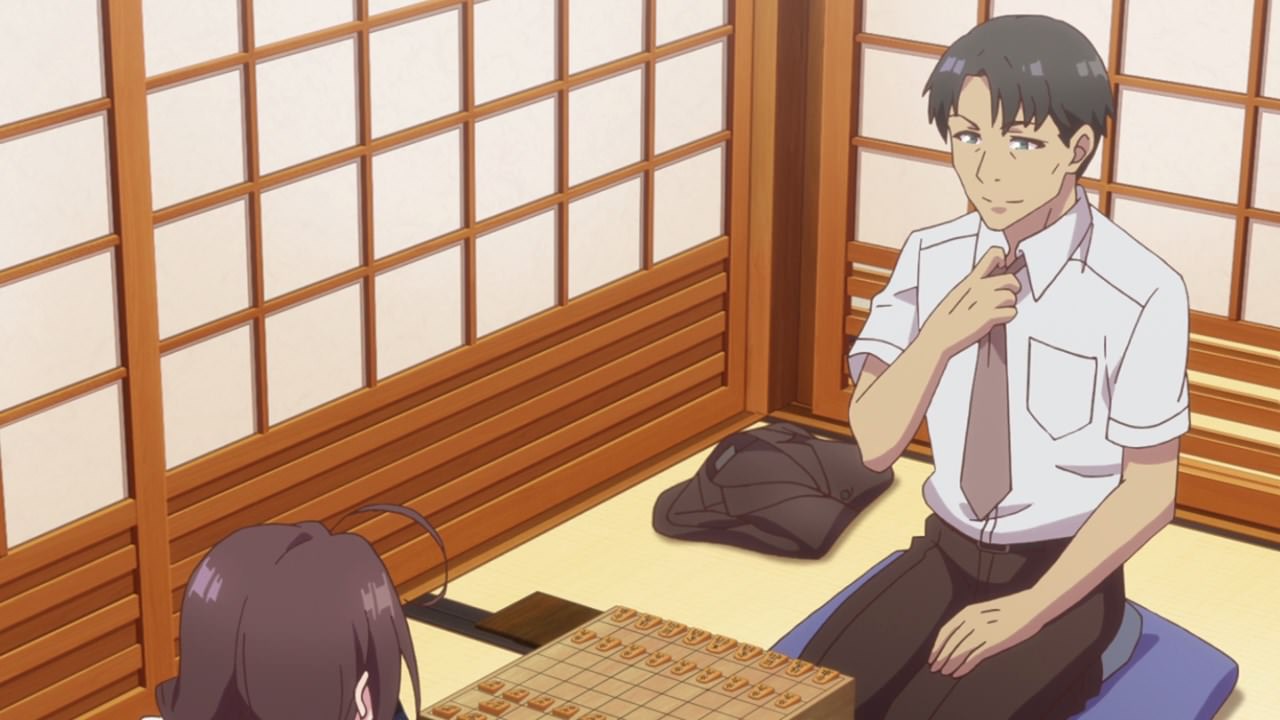 Anyways, it’s time for Ai-chan’s next opponent as she must defeat a professional named Yoshitsune Kurono, a 7th dan shogi player who’s currently sitting in B Class and also the manager of the training group. 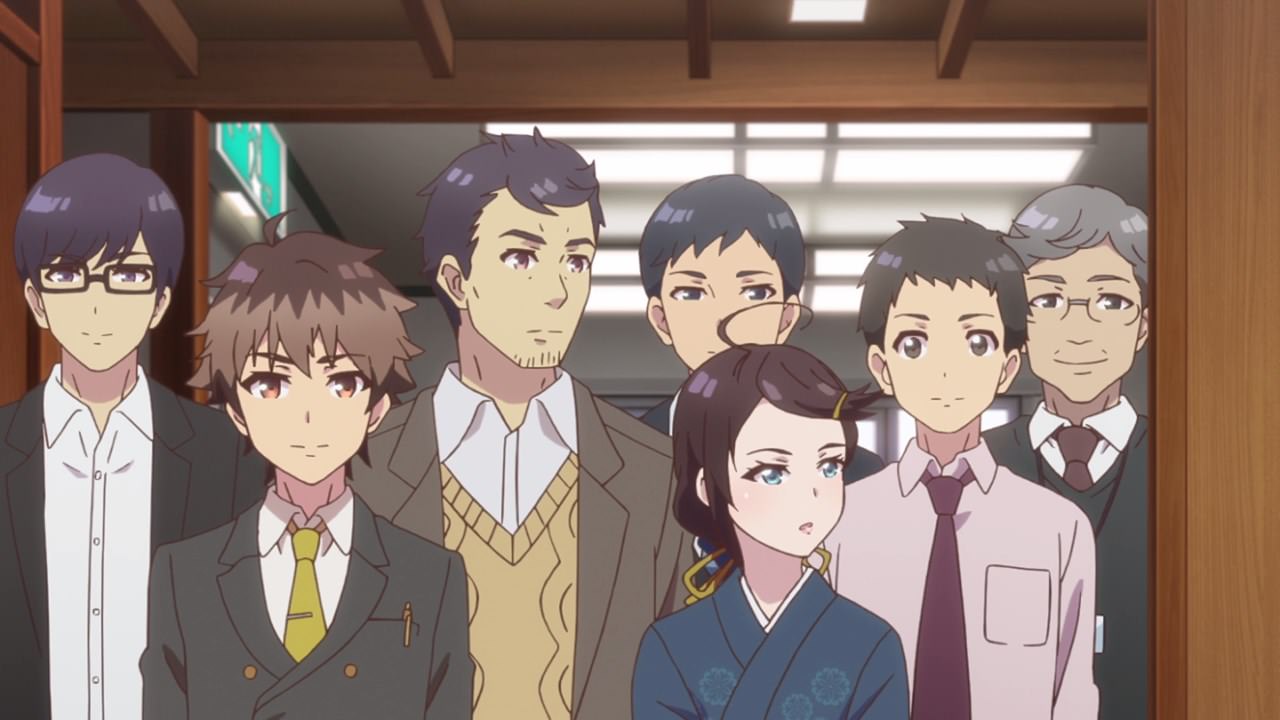 On the other hand, looks like this match is gaining a crowd where players from the promotional league are watching how Ai Hinatsuru can stack up against the 7th dan player Kurono.

Heck, even his parents are surprised to see it! 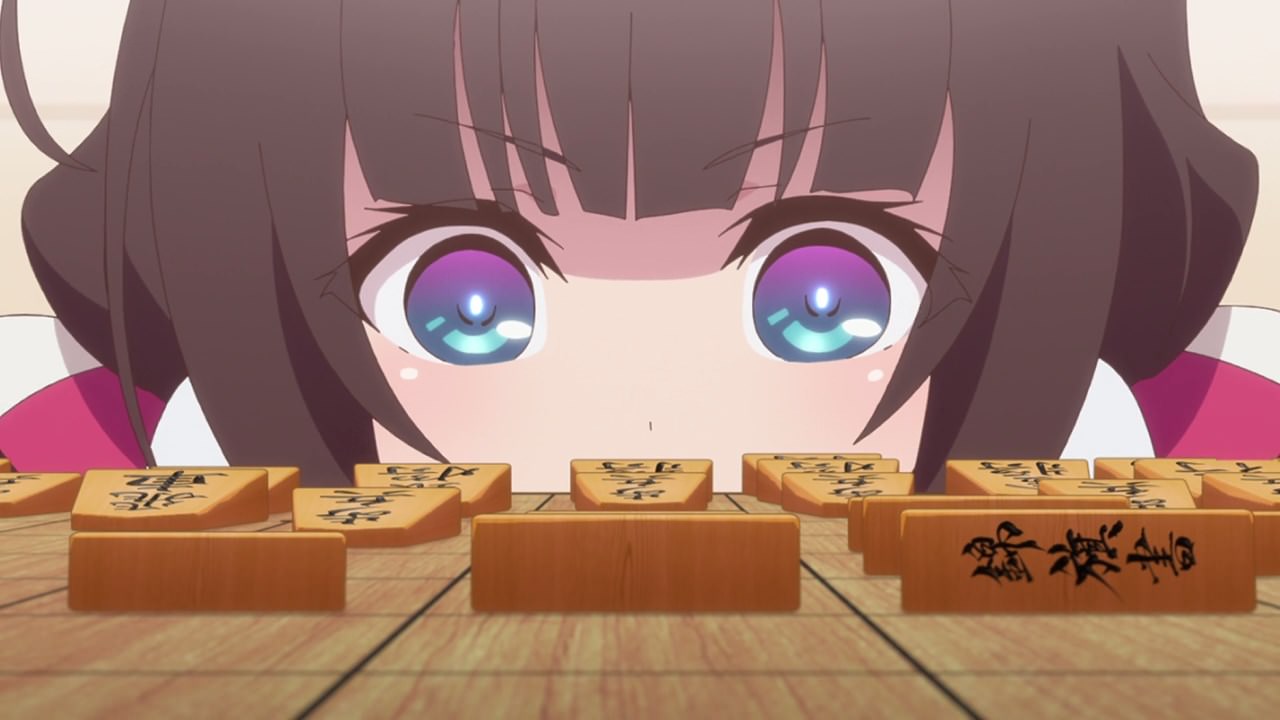 Now then, here’s Ai-chan as she’s switched to her hyper-focus mode where she must find ways to push the opponent back or land a decisive blow. 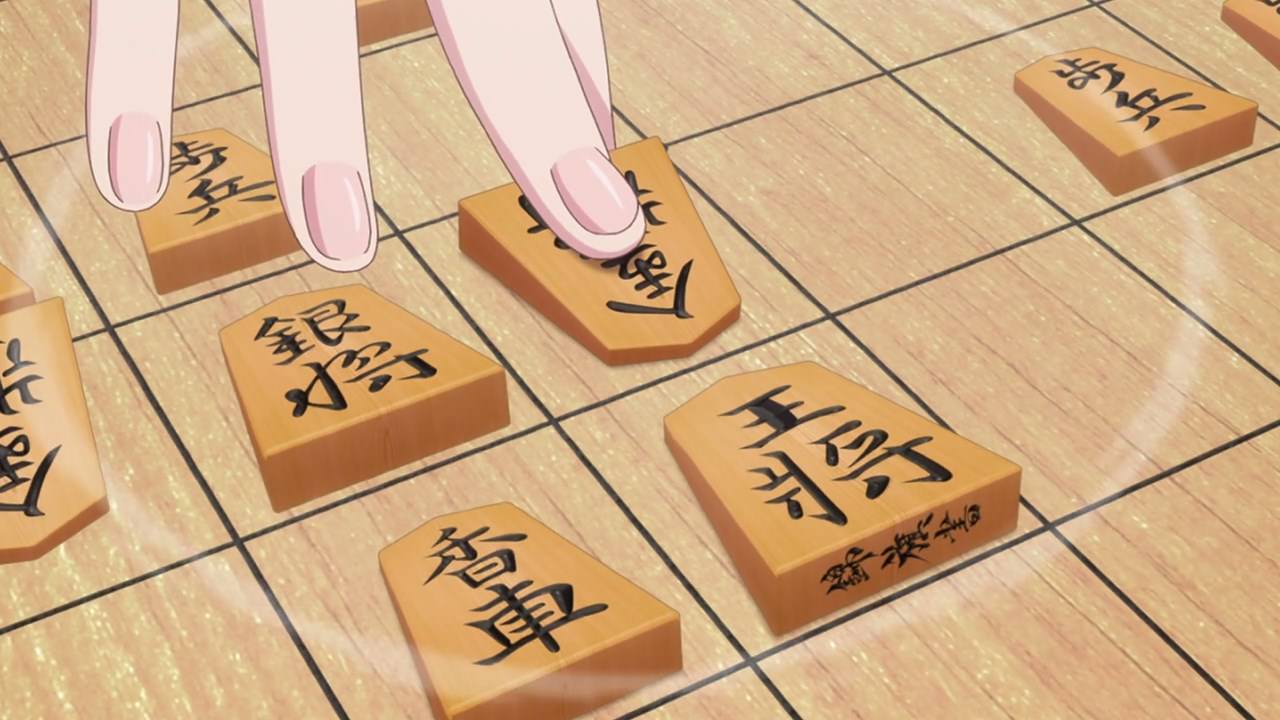 However, she chose the latter as Ai Hinatsuru placed her gold general at 4-7, which she block the opposing king from making any moves. Basically, it’s a checkmate! 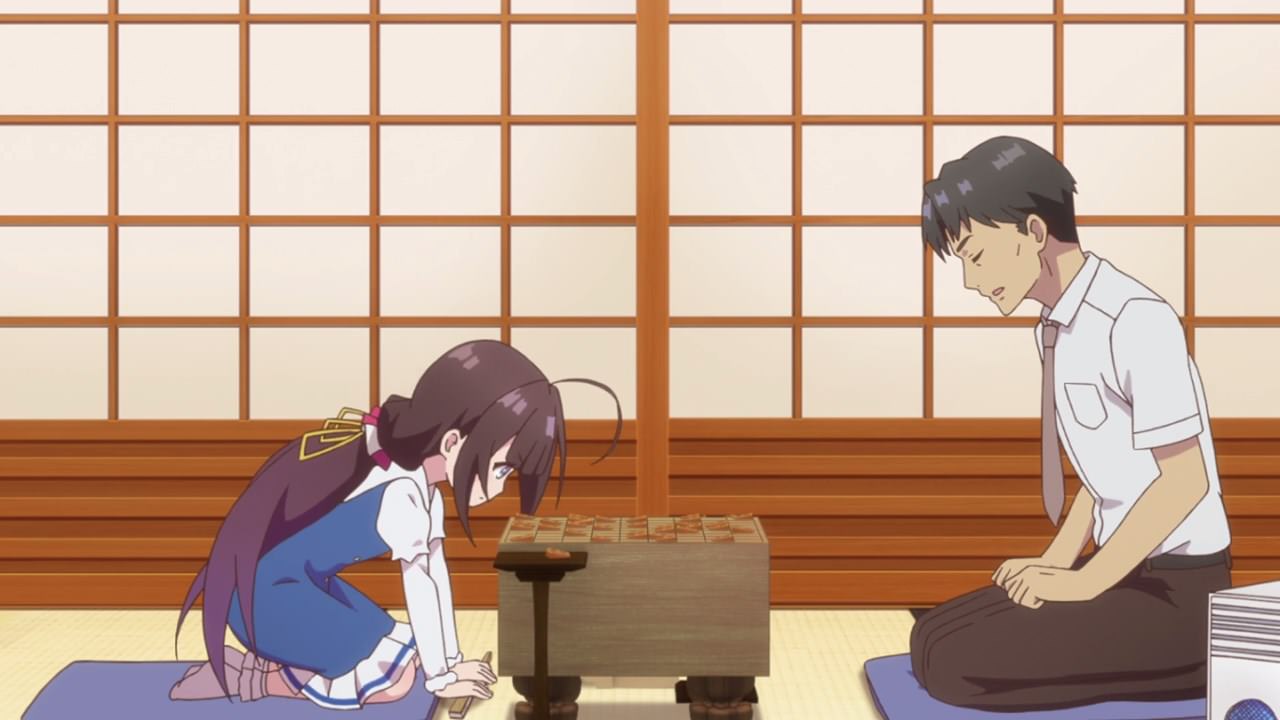 Anyways, that’s Ai-chan’s second win and everyone is impressed that she beat a professional player. 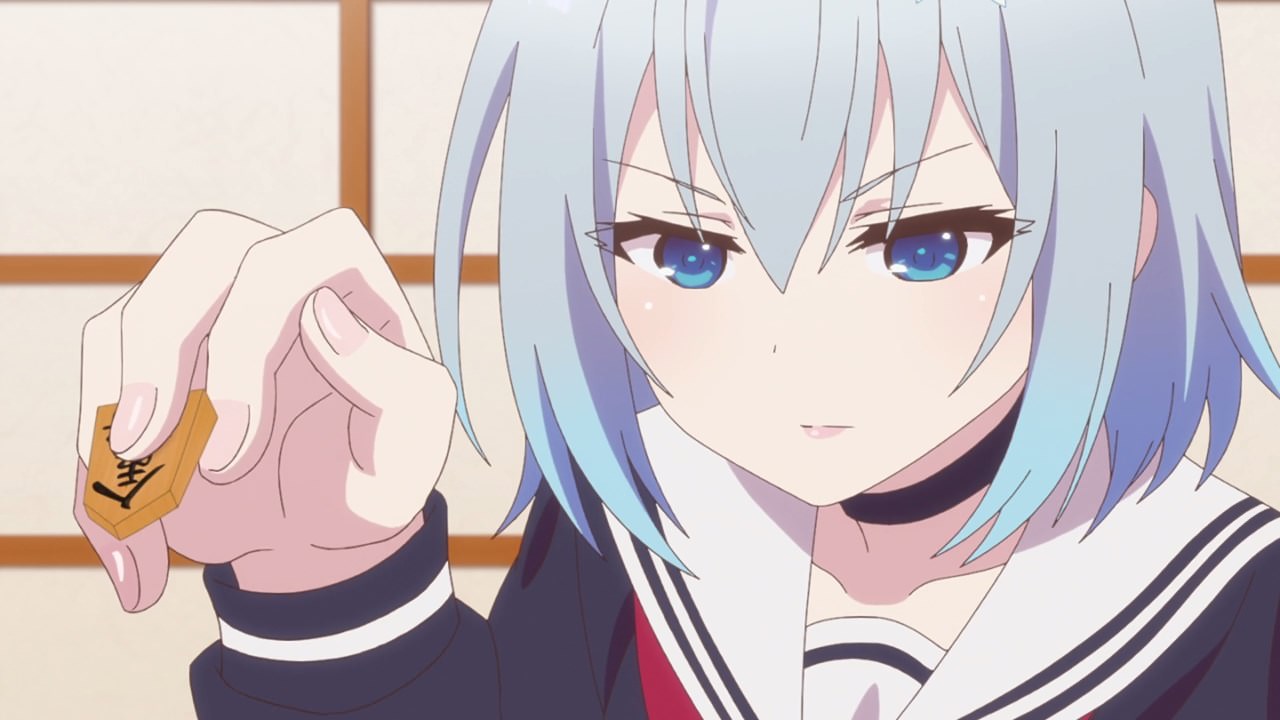 …who is none other than the Snow White of Naniwa, 2nd dan player and multiple title holder Ginko Sora.

Oh boy, looks like Ai Hinatsuru is challenging a female professional player and a champion to boot! Oh, and once her eyes are turned blue as ice, Ginko will take full control of the whole match. 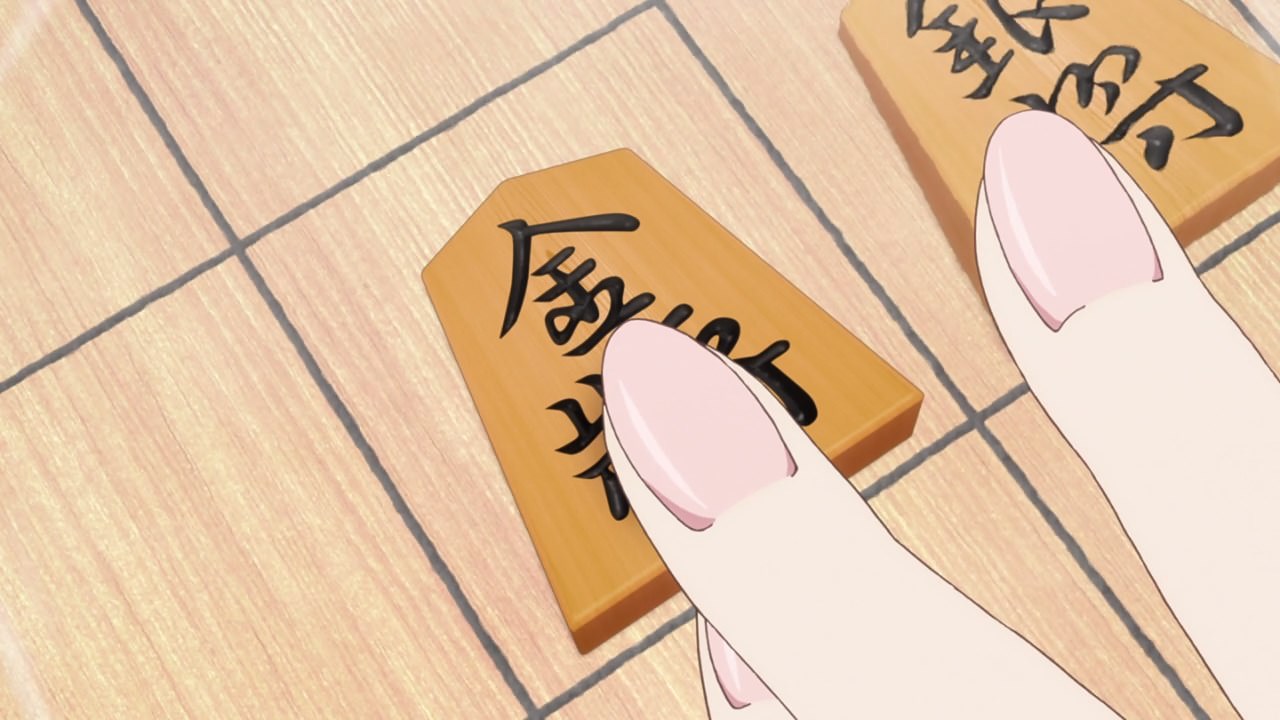 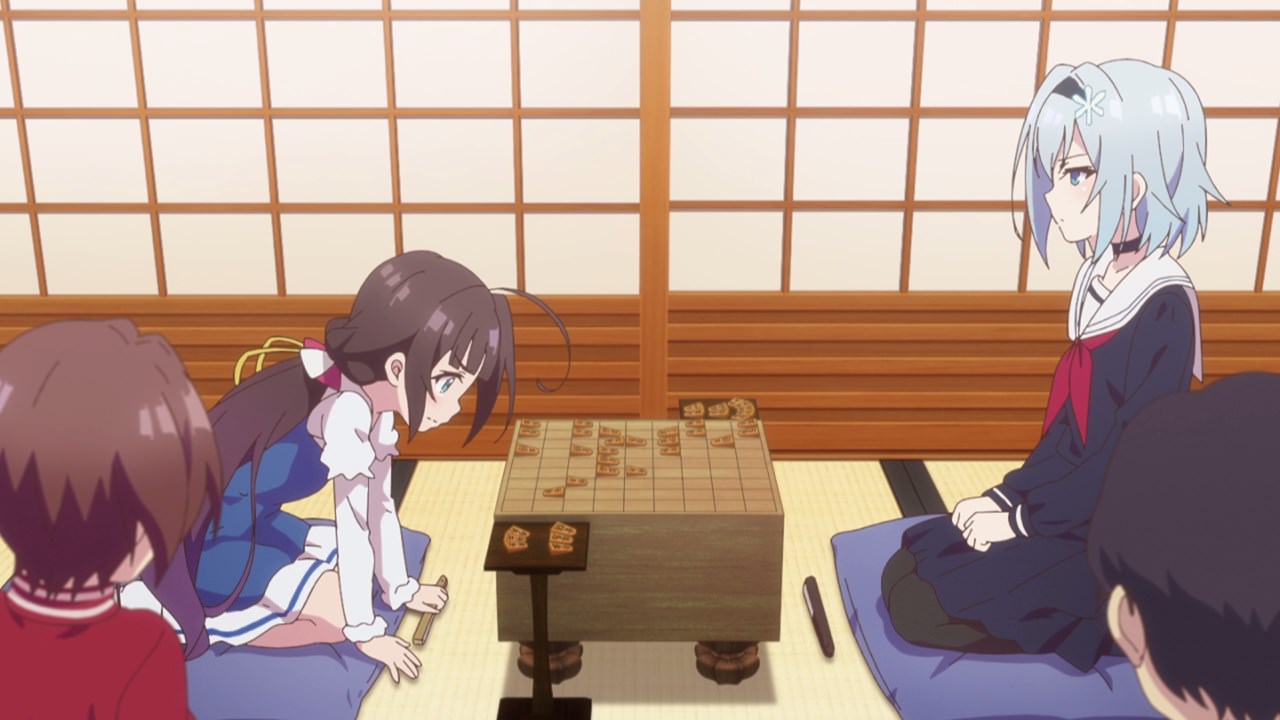 As you can see, one simple move from Ginko Sora will turn the tides of this match, and in turn puts more pressure onto Ai Hinatsuru. 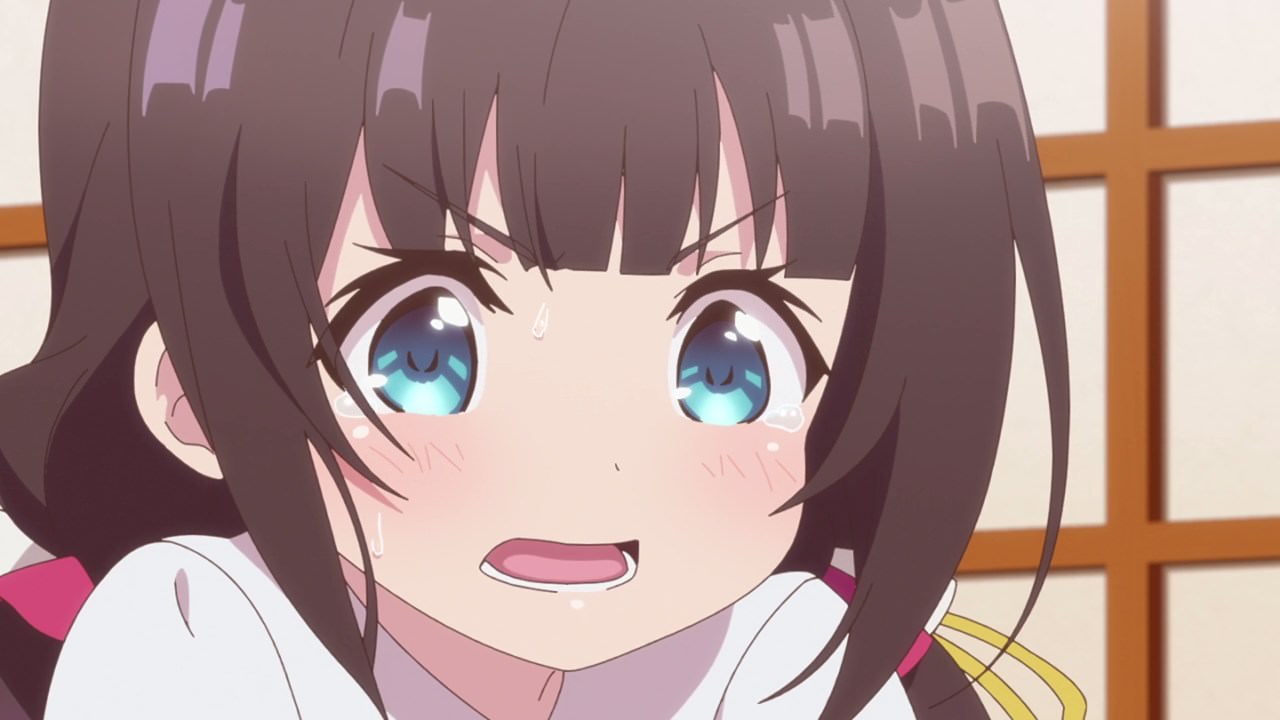 And speaking of Ai Hinatsuru, time is not on her side as Ai must forced to make a move within 1 minute as her 30-minute allotted time is already up. And I have to say that she’s in pain.

But fret not, it’s not like Ai-chan has already gave up the fight as she still continues to play despite the pressure from Ginko Sora. 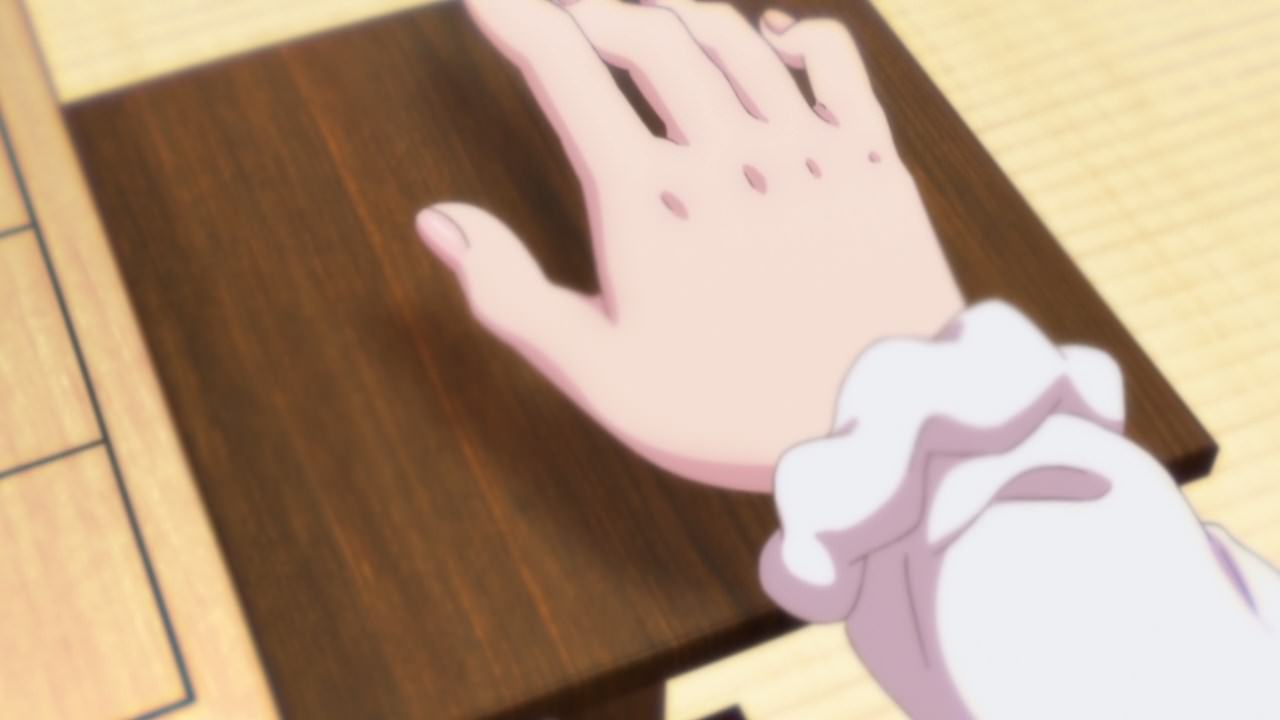 However, it turns out that Ai Hinatsuru used all of her captured pieces to drop onto the playing field. Um Ai-chan, I think you could turn it around with all the active pieces that you have.

In the end, Ai-chan was forced to concede as she has no more moves to play. Wow, giving up already? 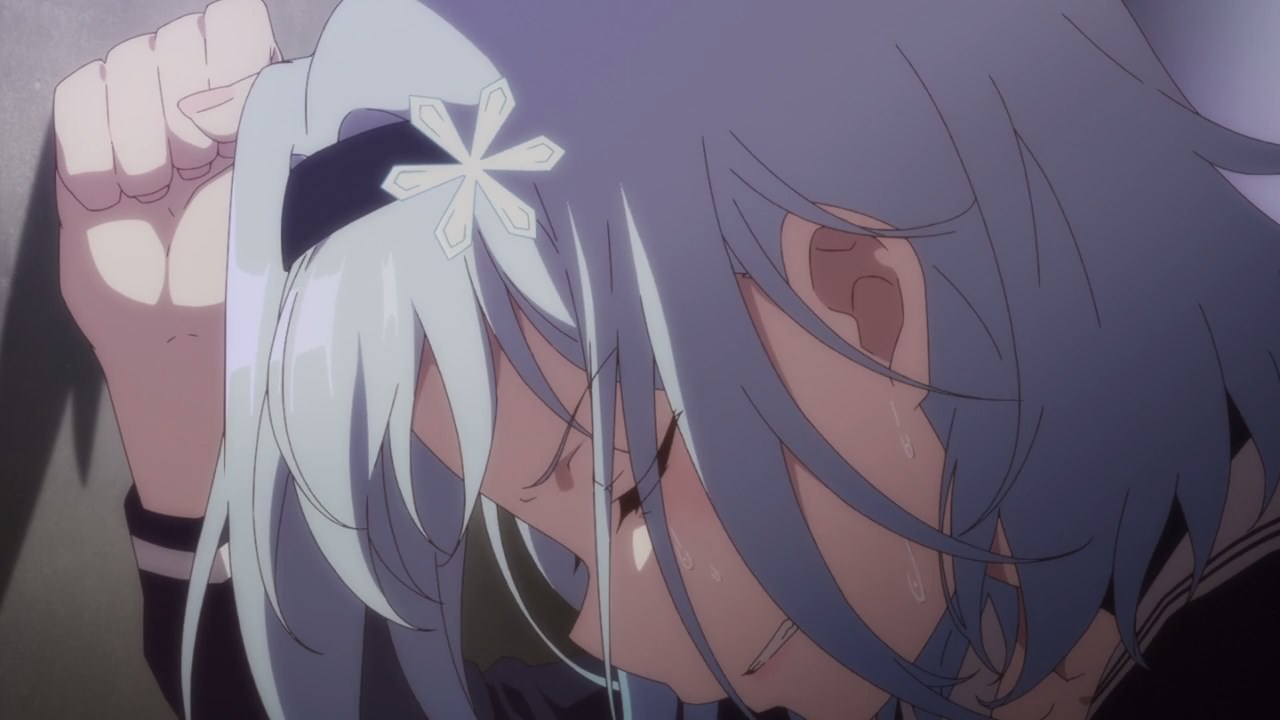 But as for Ginko Sora, she’s frustrated that the Snow White of Naniwa couldn’t land a decisive move to finish Ai-chan off.

Well, I feel that she wants a rematch towards Ai Hinatsuru in the future. However, I think Ai-chan won’t be coming back! 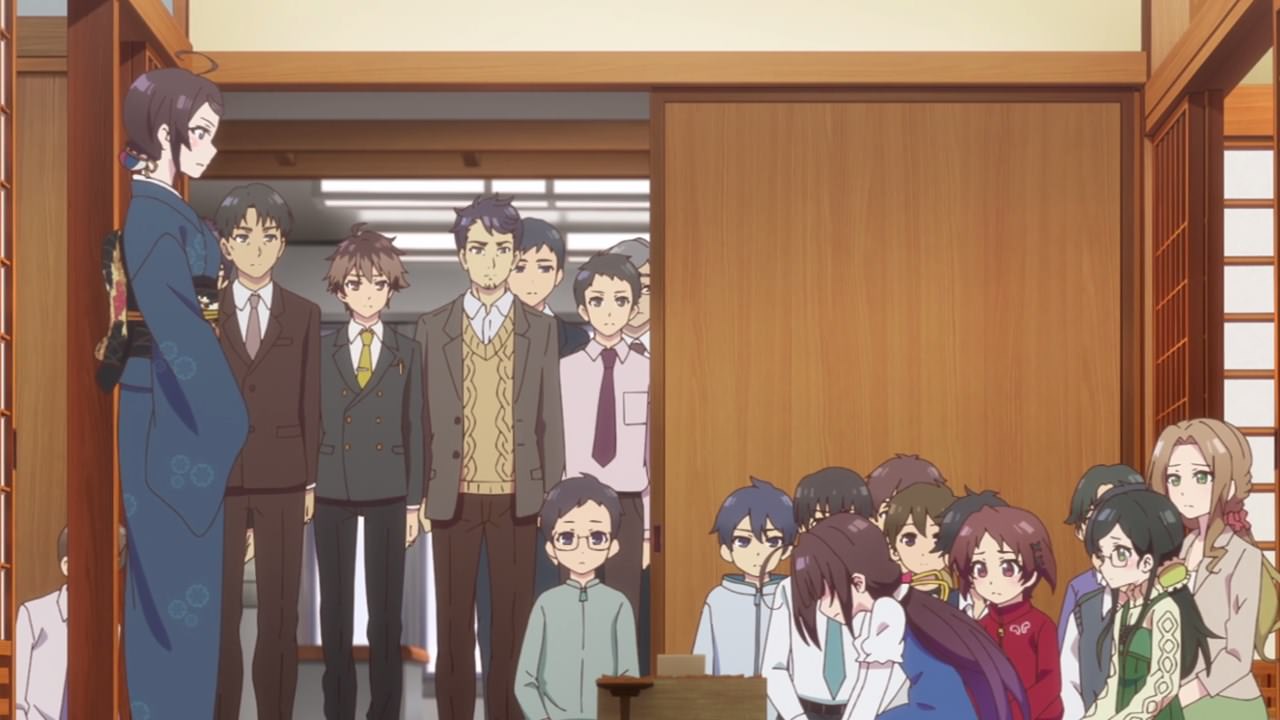 In any case, looks like Ai Hinatsuru’s shogi career is over as her mother Akina told her daughter to say good-bye and return home in order to inherit the family inn.

Damn, I think Akina is being tough towards her daughter and seriously, winning two matches is enough to become a professional. I mean, winning all three is nothing but a pipe-dream unless someone is really talented. 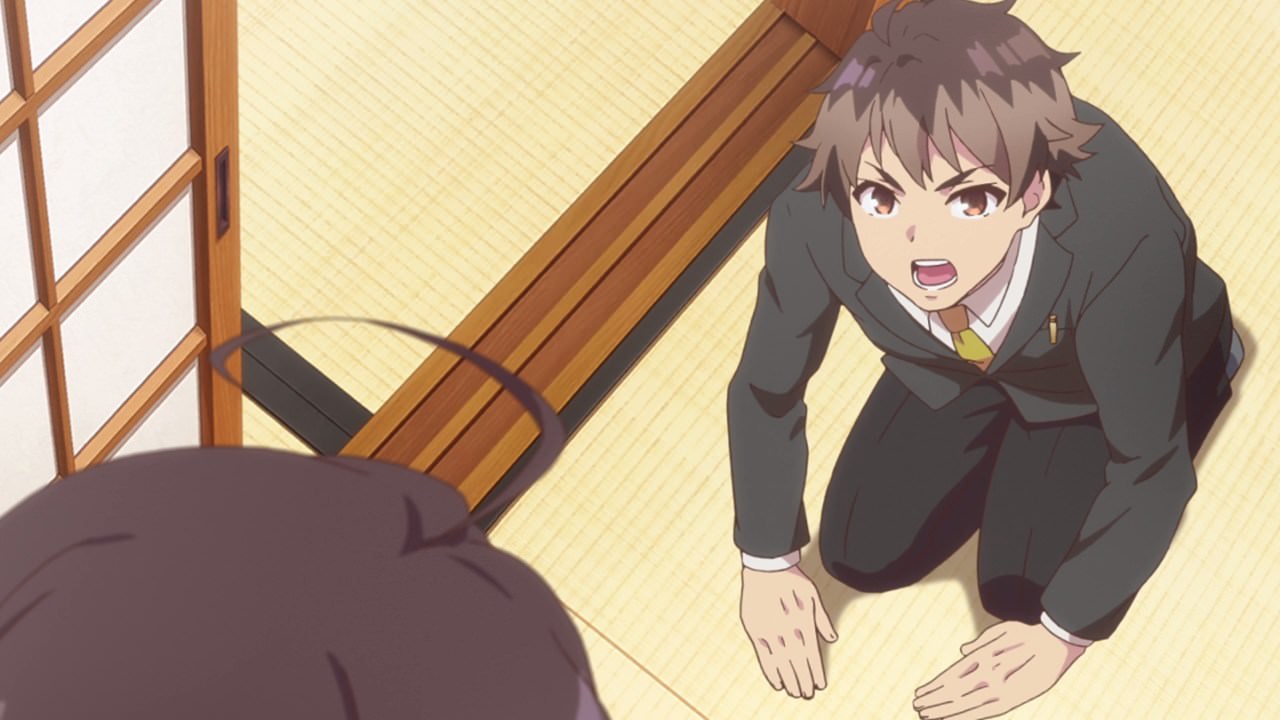 However, Yaichi Kuzuryuu still wants Ai-chan to play shogi as he’s convinced that after watching her match against Ginko Sora, Ai-chan has great talent and a bright future ahead to become a shogi champion.

Therefore, he wants to tell Akina Hinatsuru that he’ll took Ai-chan under his wing and train her into a champion! 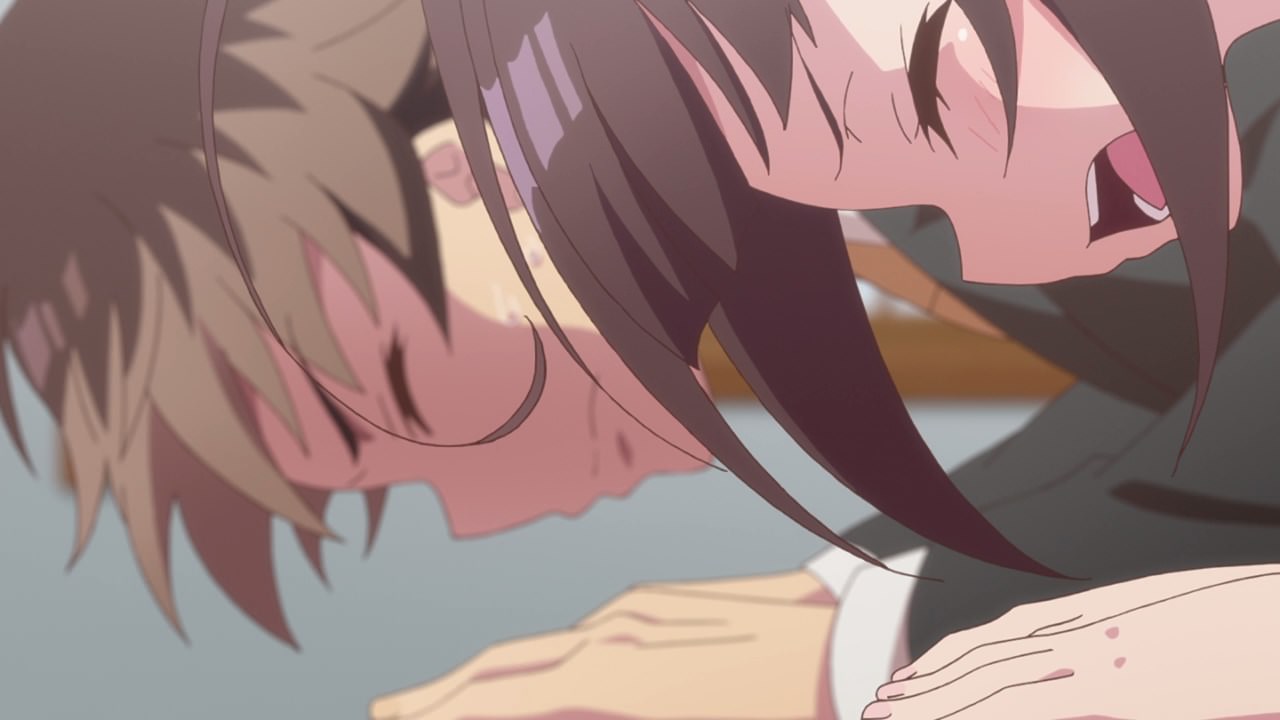 Heck, even Ai-chan wants to play as she begged for her mother to have Yaichi-san train her to become a fine shogi player.

Well, doing the dogeza move is fine and all that but will Akina-san changed her mind after seeing this? 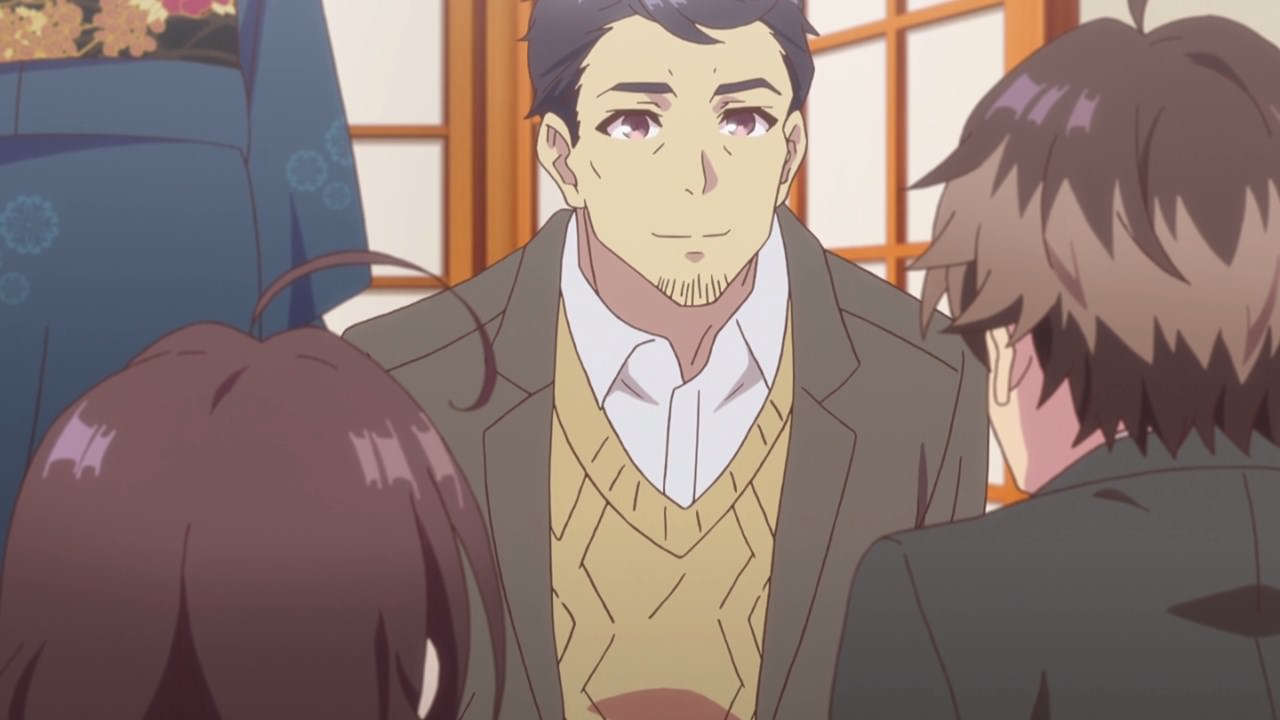 However, seems that Ai’s father Takashi has decided to support his daughter’s dreams of becoming a professional shogi player, therefore telling Yaichi to support Ai-chan as much as he can.

I have to say that Ai’s father is understandable that supporting her budding shogi career makes me happy! 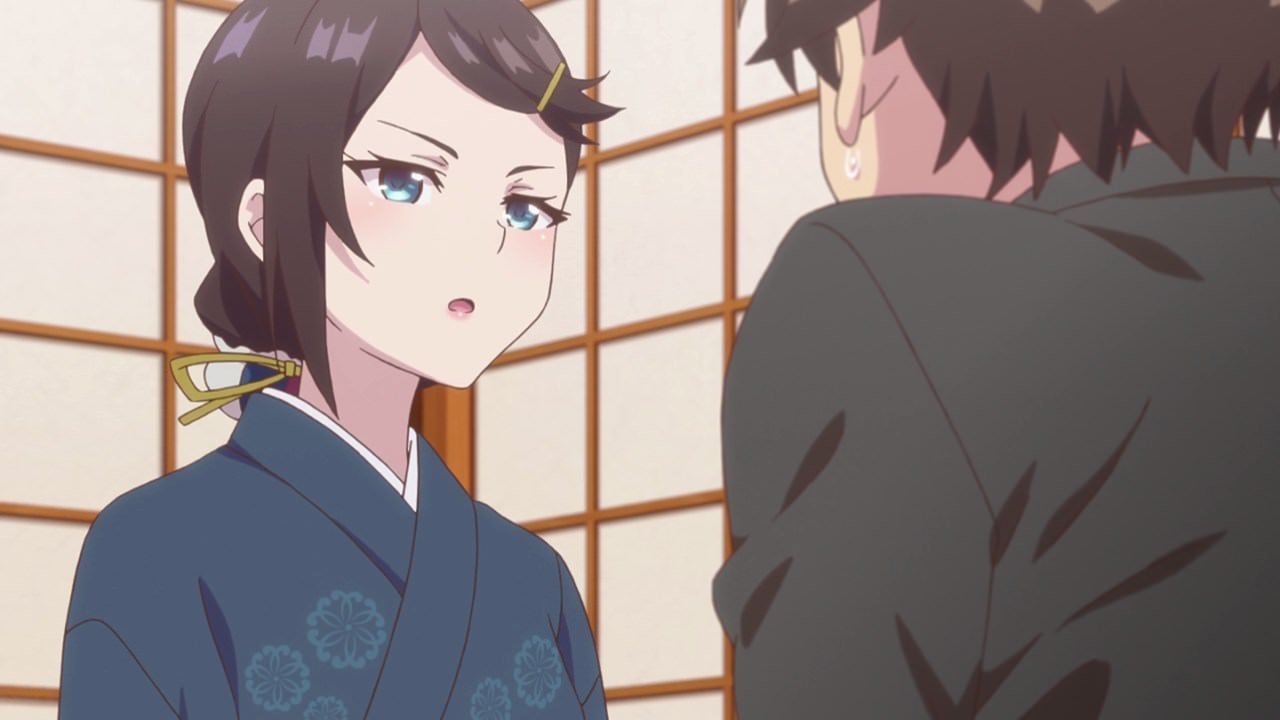 But as for Akina Hinatsuru, she decided to support Ai Hinatsuru’s shogi career… but on one condition. What could it be?

Well, if Kuzuryuu failed to make Ai-chan a champion before her middle school graduation, she’ll have to retire and Yaichi must marry Ai-chan in order to inherit the family inn. 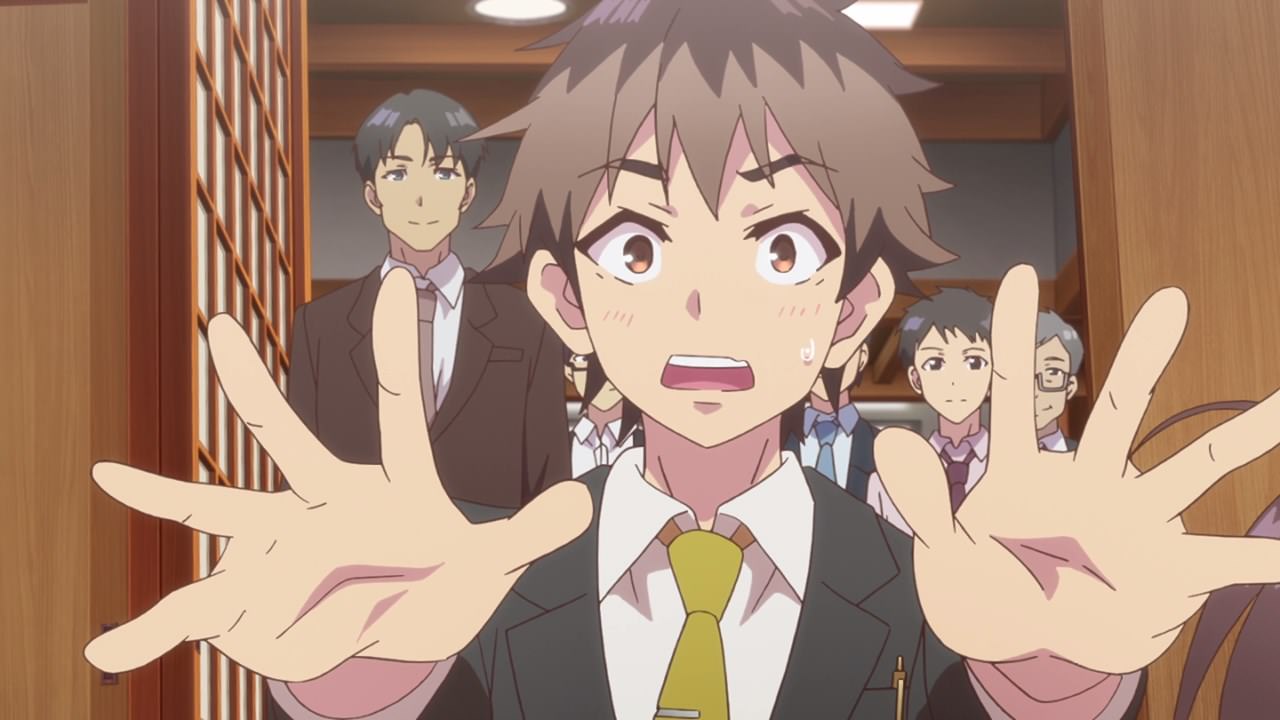 Wow, seems that the current title of Ryuuou has his workload got heavier now that he must train Ai-chan hard in order to make her a champion before high school. Well, good luck to him!