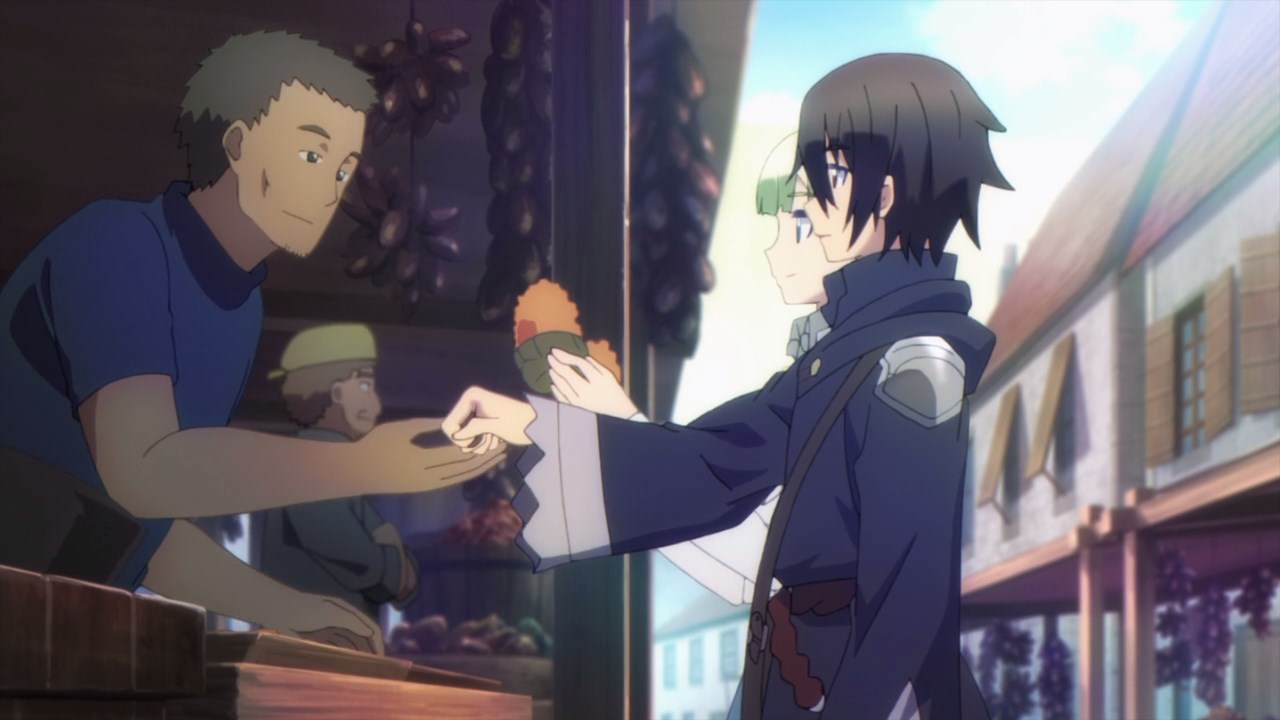 Hey everyone, it’s time for the third episode as Satou is currently taking Zena Marientail to a date, from visiting various places to buying souvenirs. 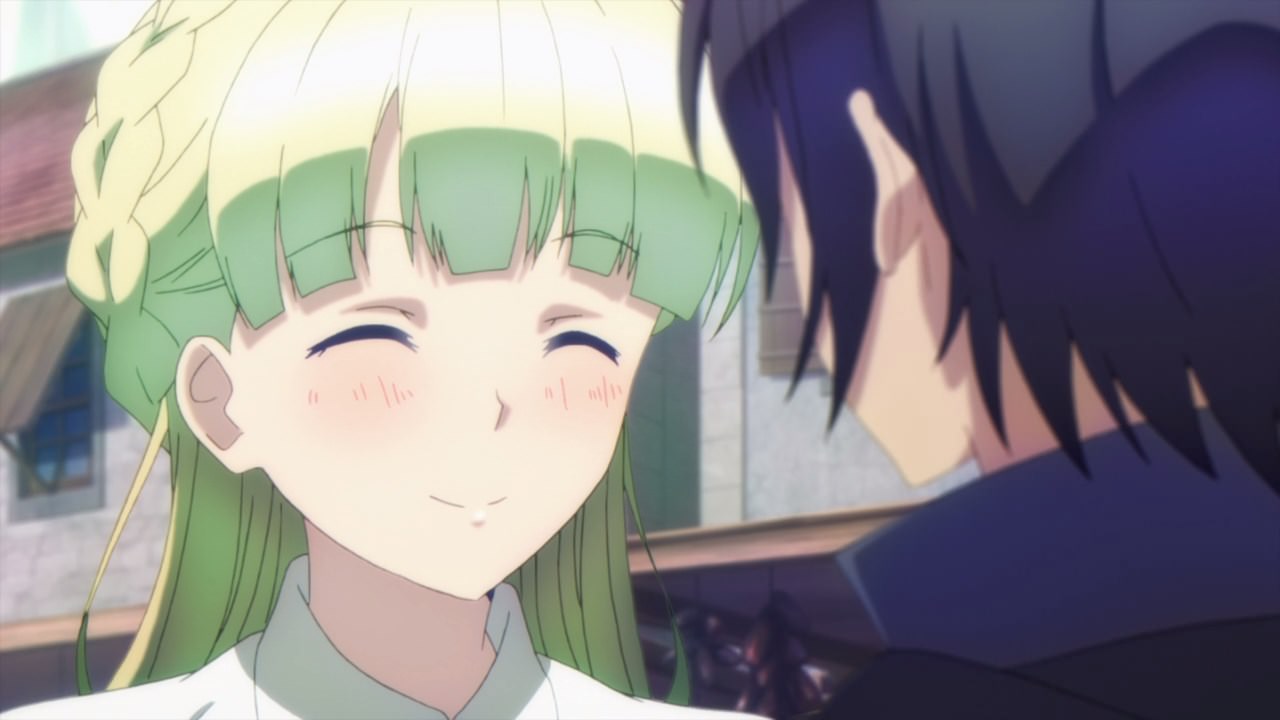 And as you can see, Zena is enjoying it. Man, isn’t she cute? 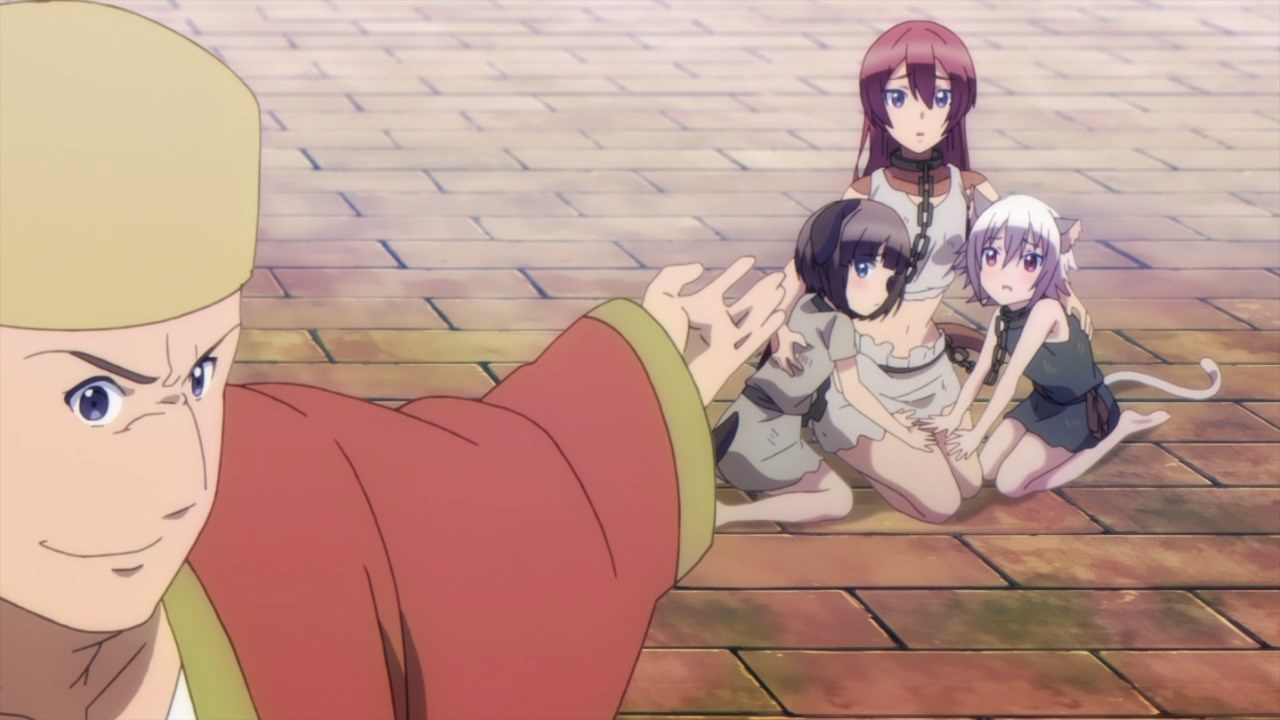 Unfortunately, their date got ruined when this Zaicuon Temple Priest is selling off some holy stones to the people, just to throw at these demi-humans that we saw on the previous episode because they’re the children of the demon lord.

You know, making a profit by using religion is wrong! 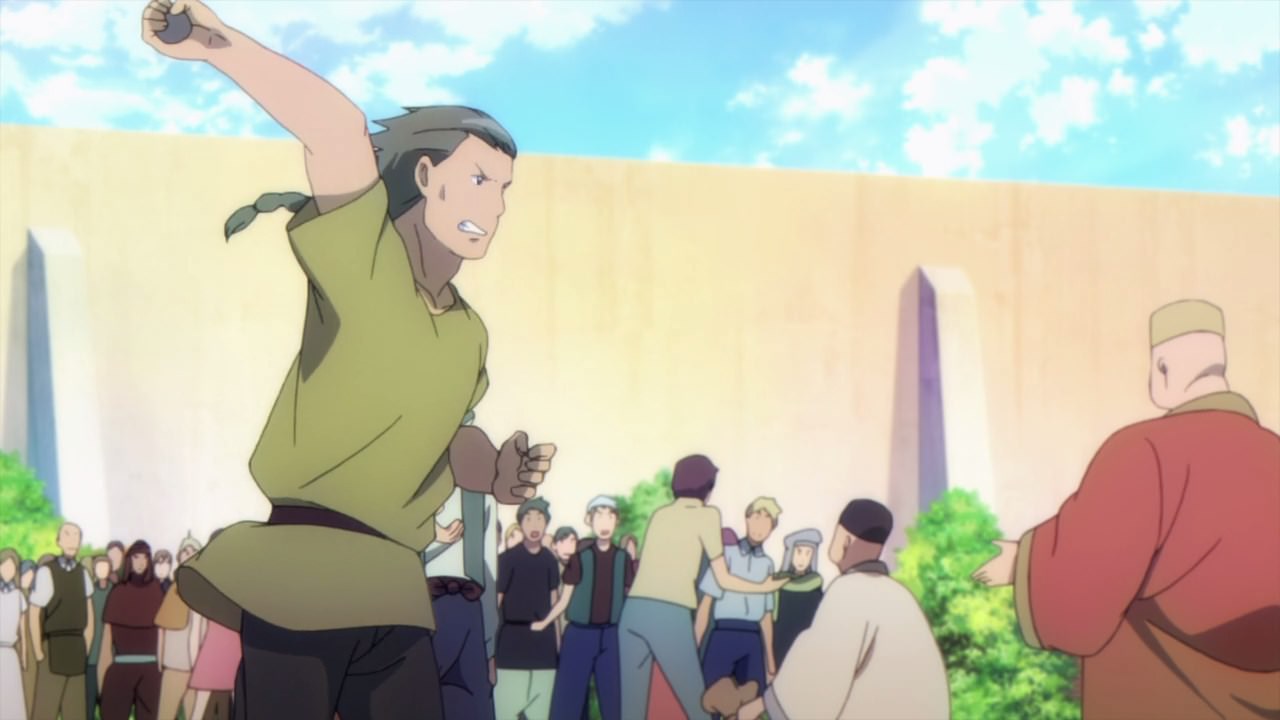 In any case, those people got suckered in and bought those stones to throw at the demi-humans. 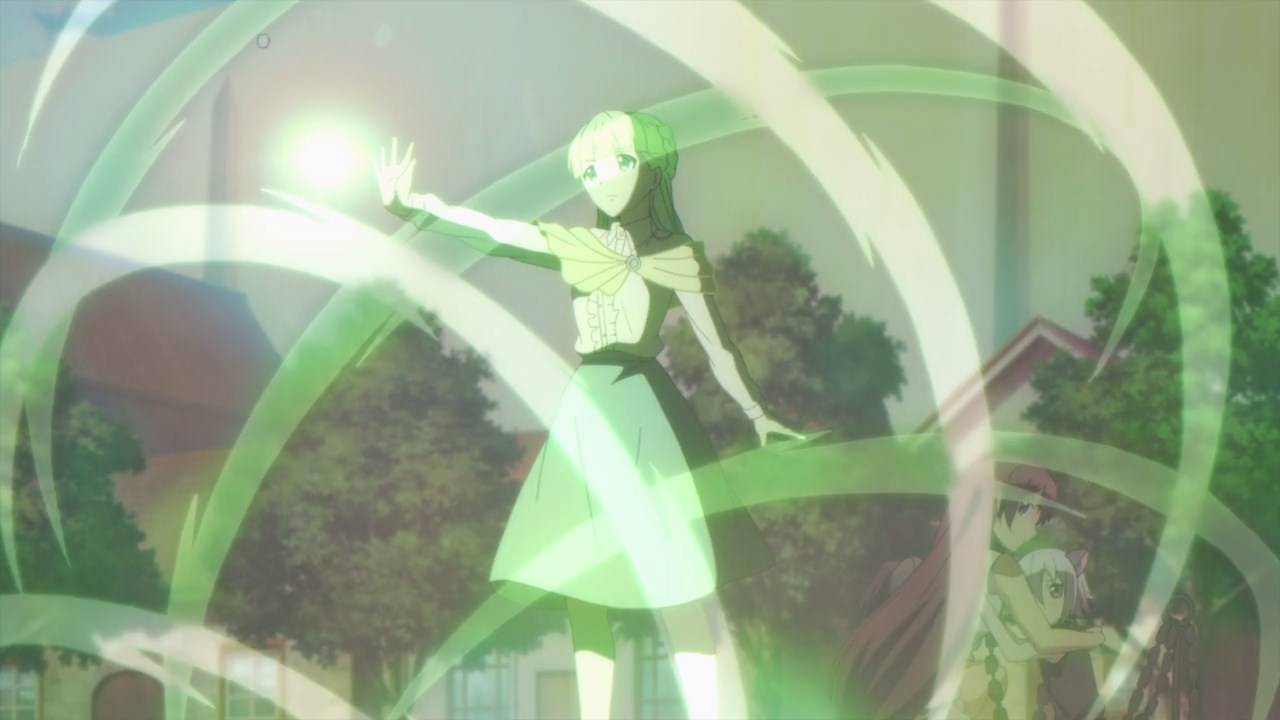 Fortunately though, Zena came to the scene as she protect the demi-humans from being stoned to death. Glad that Zena stepped in to save these girls! 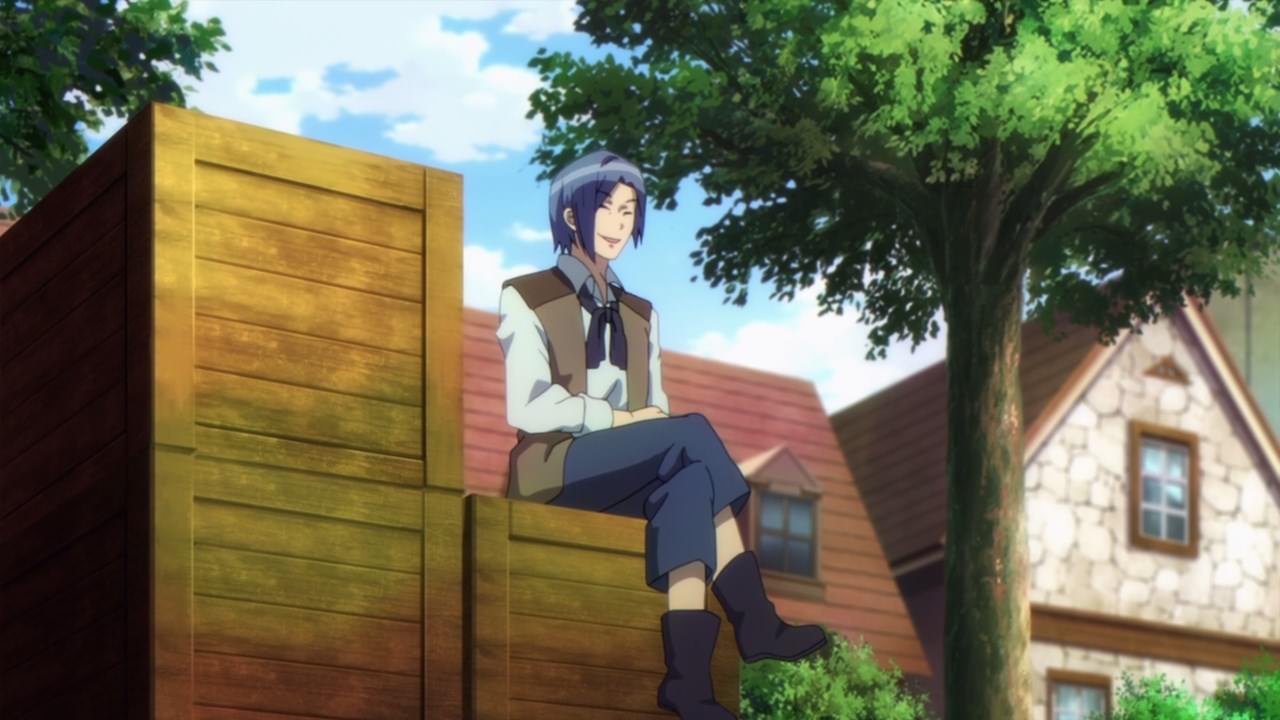 Meanwhile, here’s the mastermind Urs as he’s using the demi-humans slaves to make a profit by having the civilians buy “holy” stones and throw at the slaves.

Well, I have to say that using slaves for profit has taken another level and I don’t like it at all! 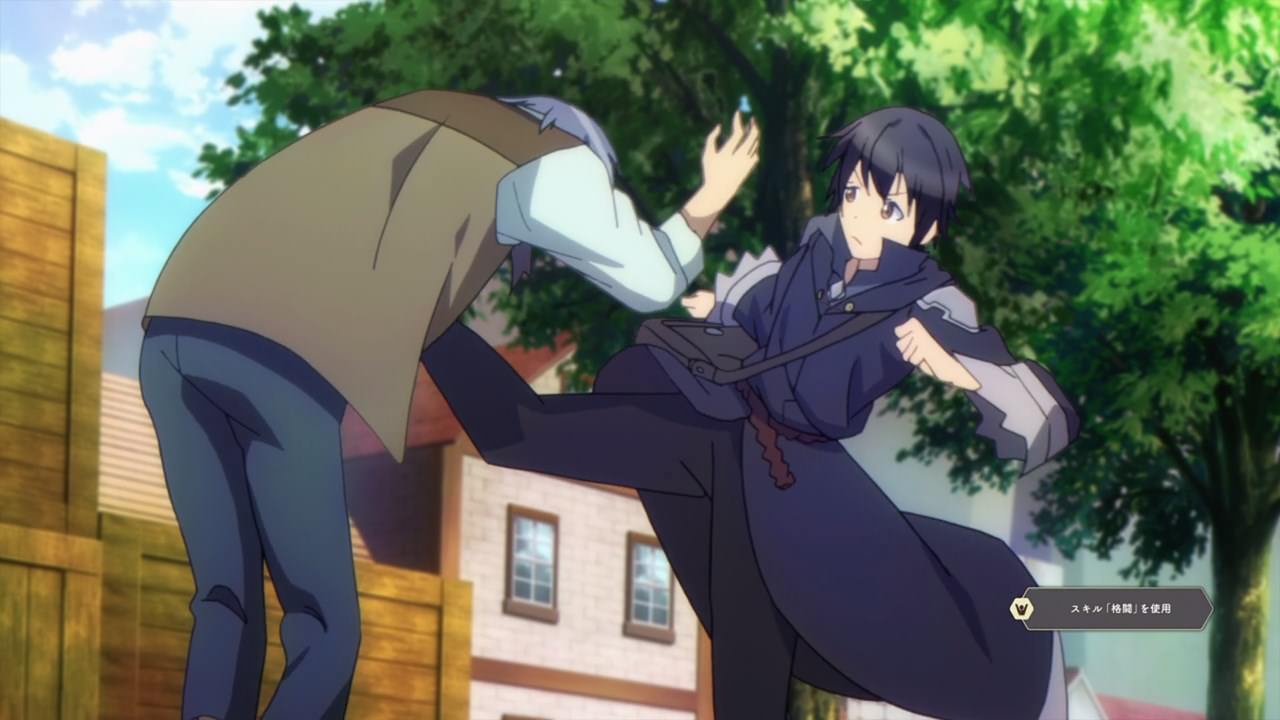 So, Satou kicked Urs in the gut because exploiting demi-humans is wrong. Also, Satou earned another skill.

Seriously, Satou is earning so many skills that he’s freakin’ overpowered like Kirito or even Tatsuya Shiba! 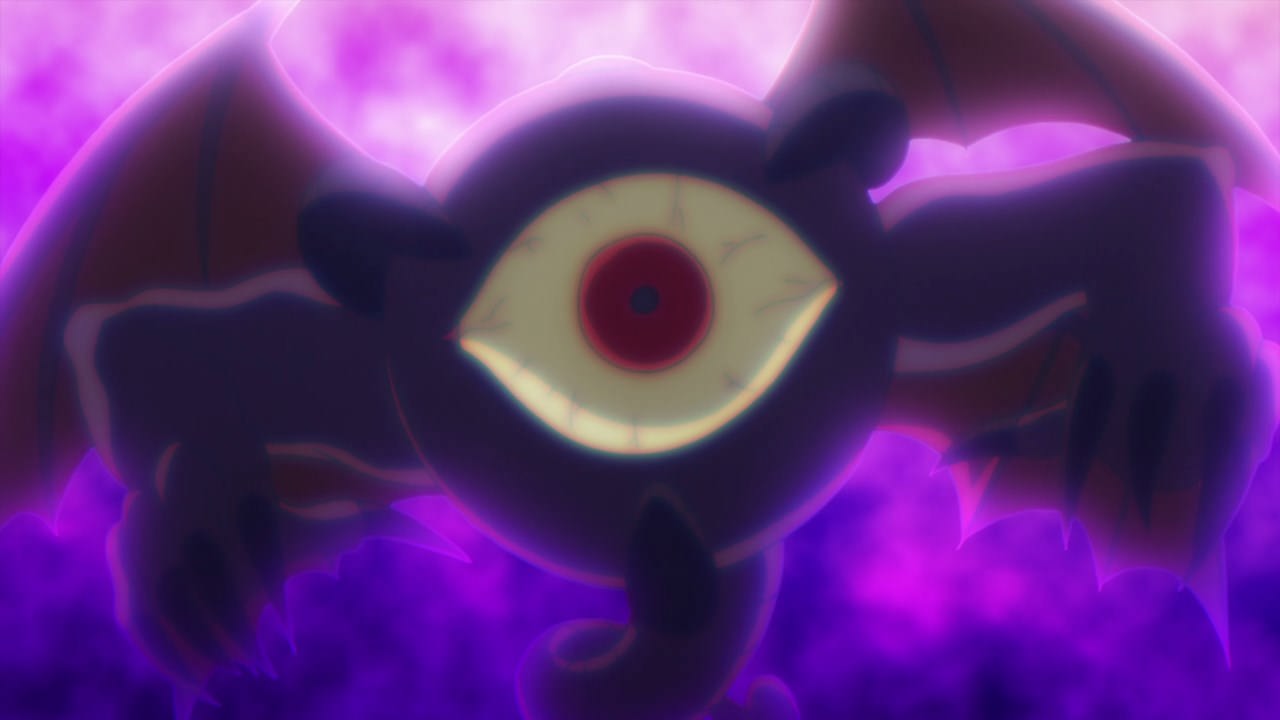 But after kicking Urs in the gut, he transformed into an eyeball demon as Urs used his magic to do something harm to everyone… 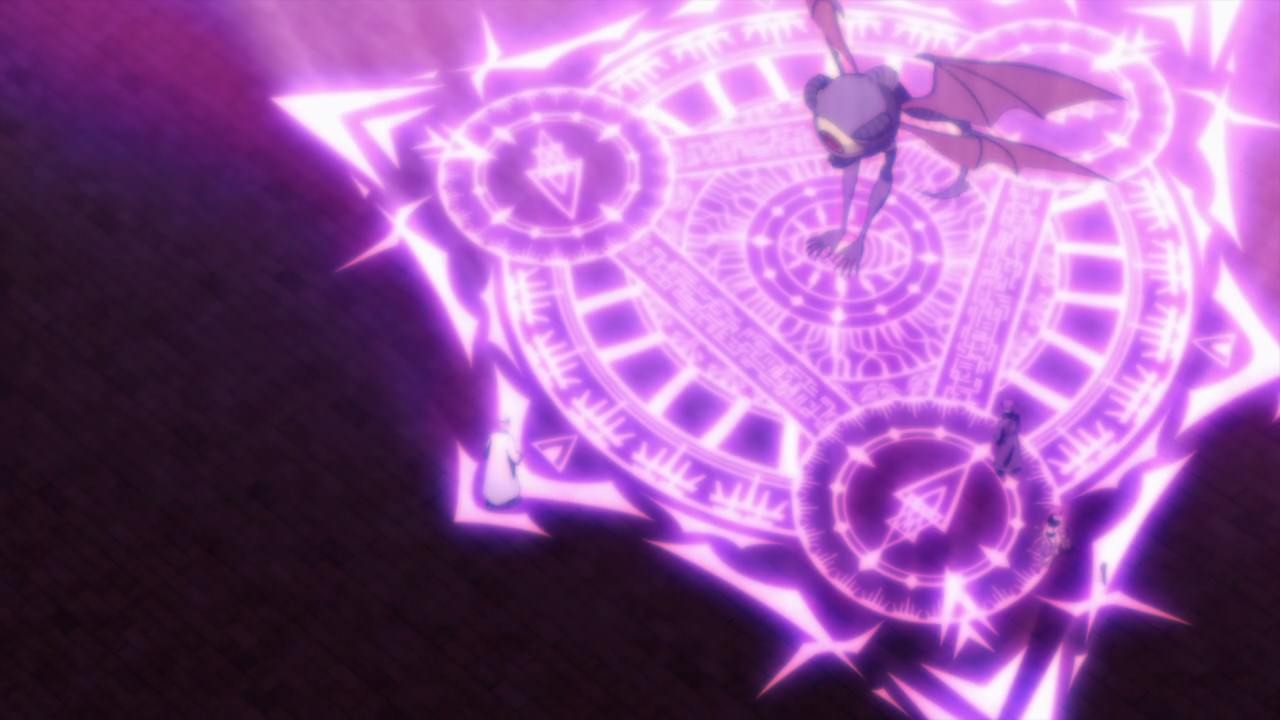 …like transporting them to a labyrinth where they can’t get out. Well, this cheeky demon will pay for this! 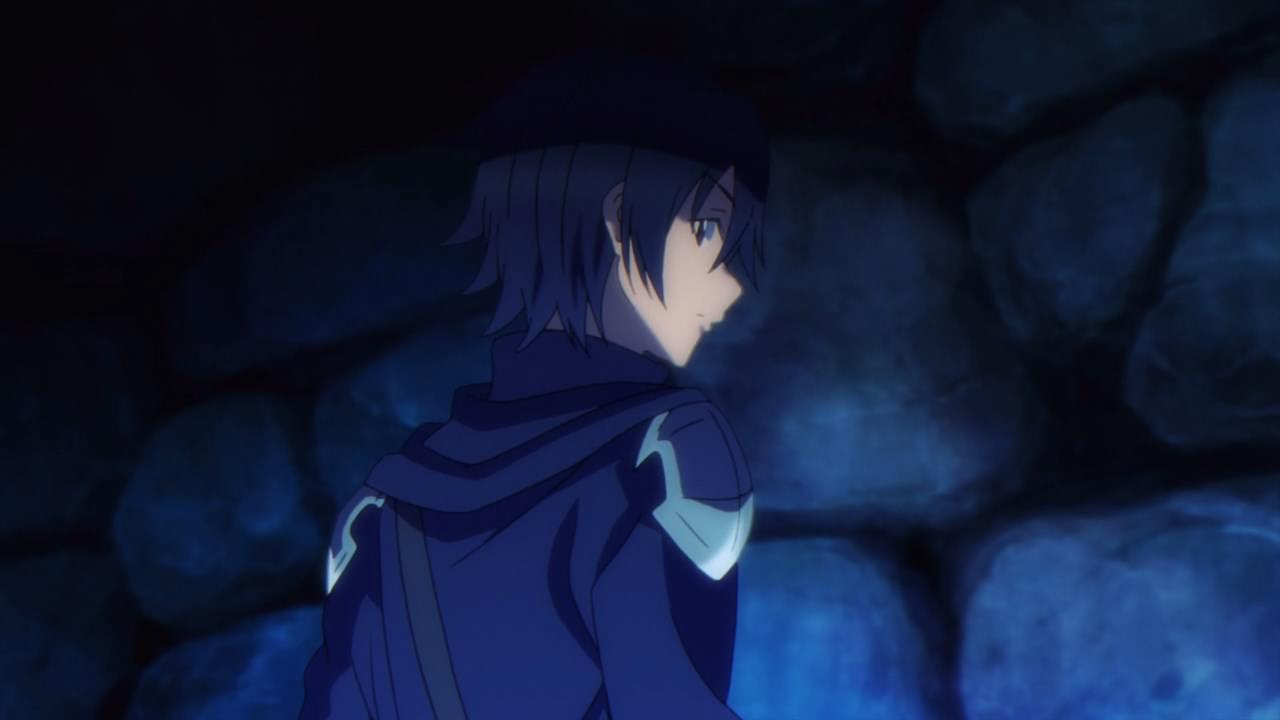 Anyways, Satou woke up after being transported to this labyrinth. Not only that, he got separated from Zena Marientail which is not good without someone who knows magic. 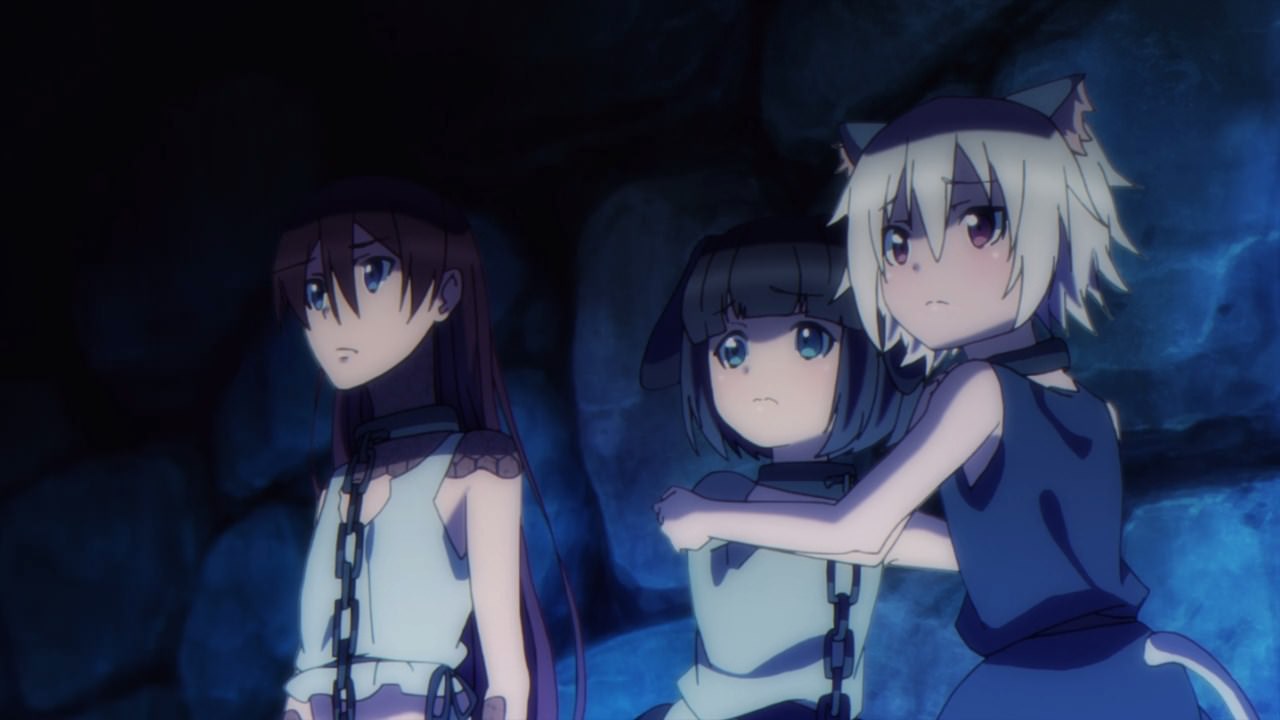 However, Satou got some companions in the form of demi-humans where he managed to save them from Urs.

Also, he gave them names to those demi-humans starting from the left. You have Liza who obviously have dragon-like scales, Pochi the dog girl, and Tama the cat girl. Wow, Satou sure has some creative names to those girls. 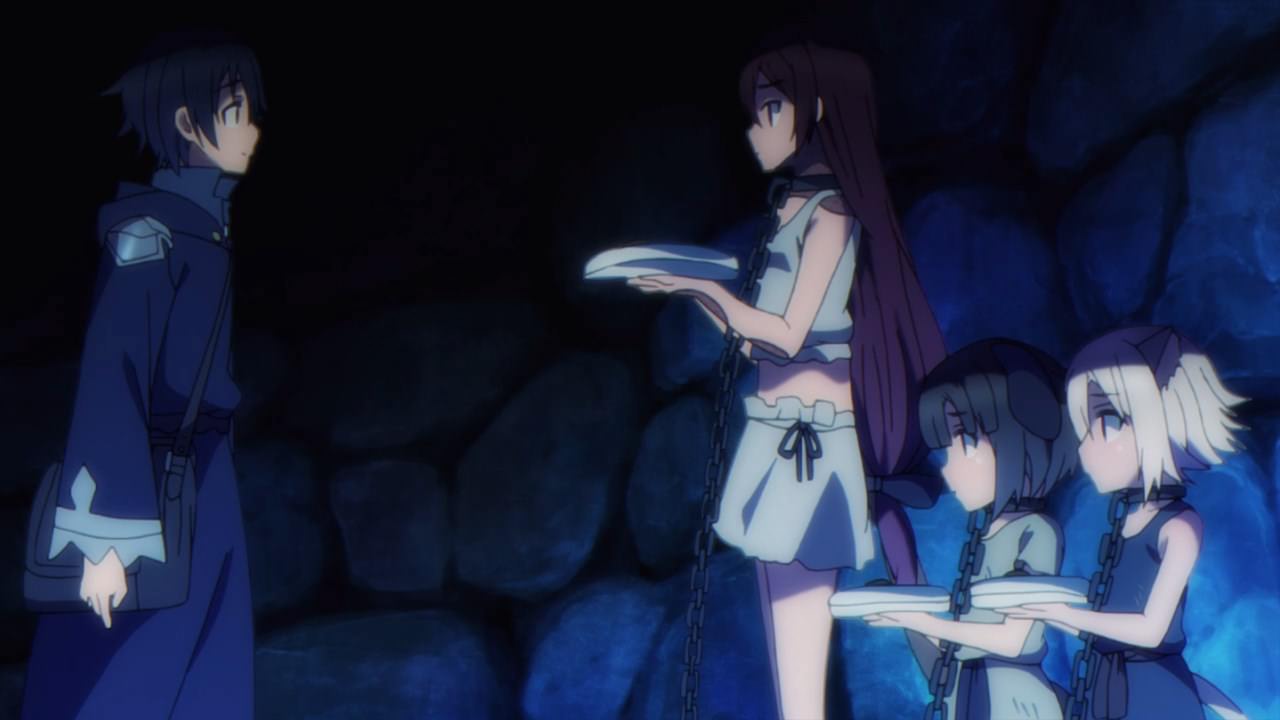 Lastly, Satou gave them clothes and other useful stuff that he bought from the market. I mean, he can’t leave them alone after rescuing them from a slave master! 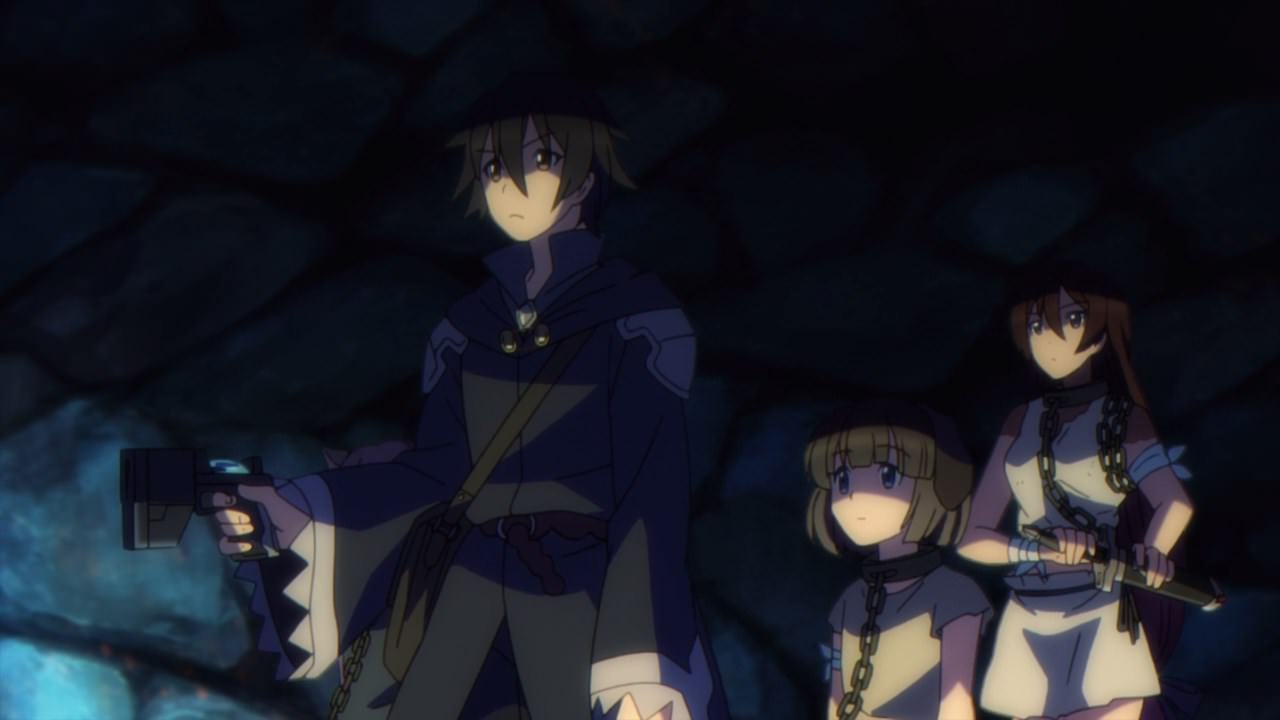 Anyways, I’ll see you next time as Satou and the demi-humans will try to rescue Zena, defeat the eyeball demon, and get out of this labyrinth.

Also, Satou has a gun to defend himself. Why? Because he’s the overpowered main character who has all kinds of weapons at his disposal!