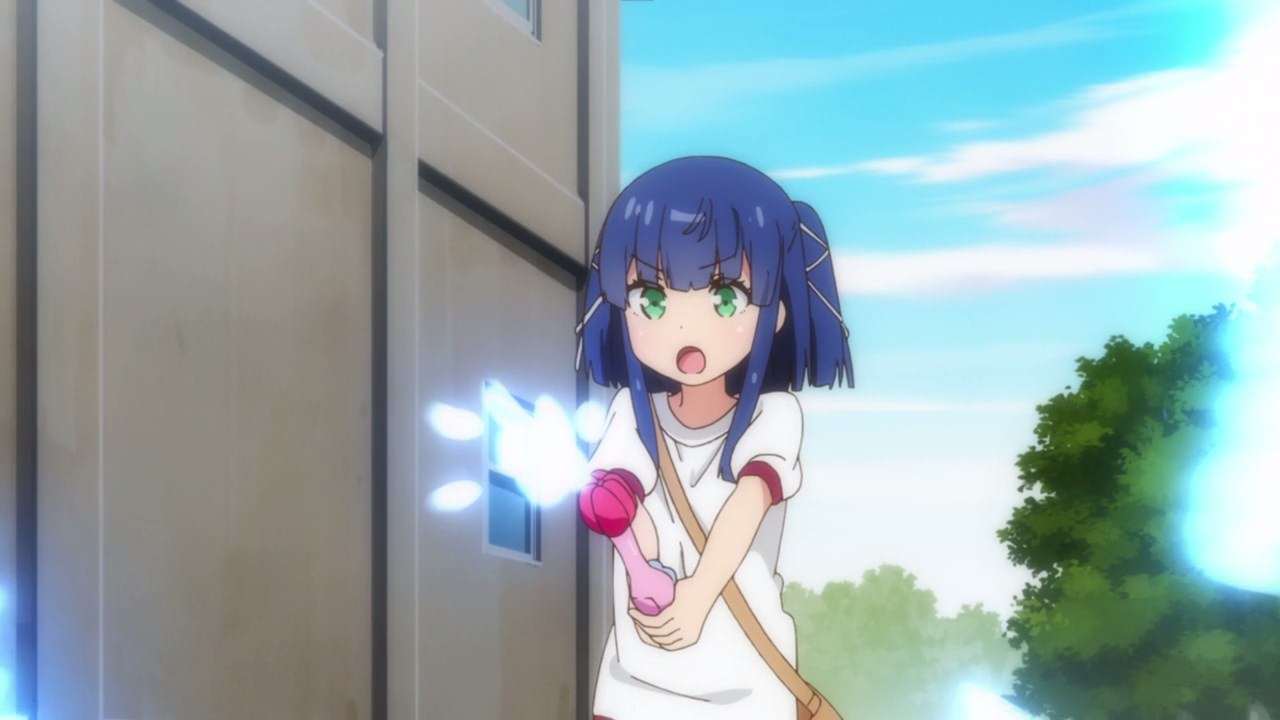 This is Hazuki Kagimura as she’s learning on how to use magic by using Shizuka Tsuchimikado’s wand. 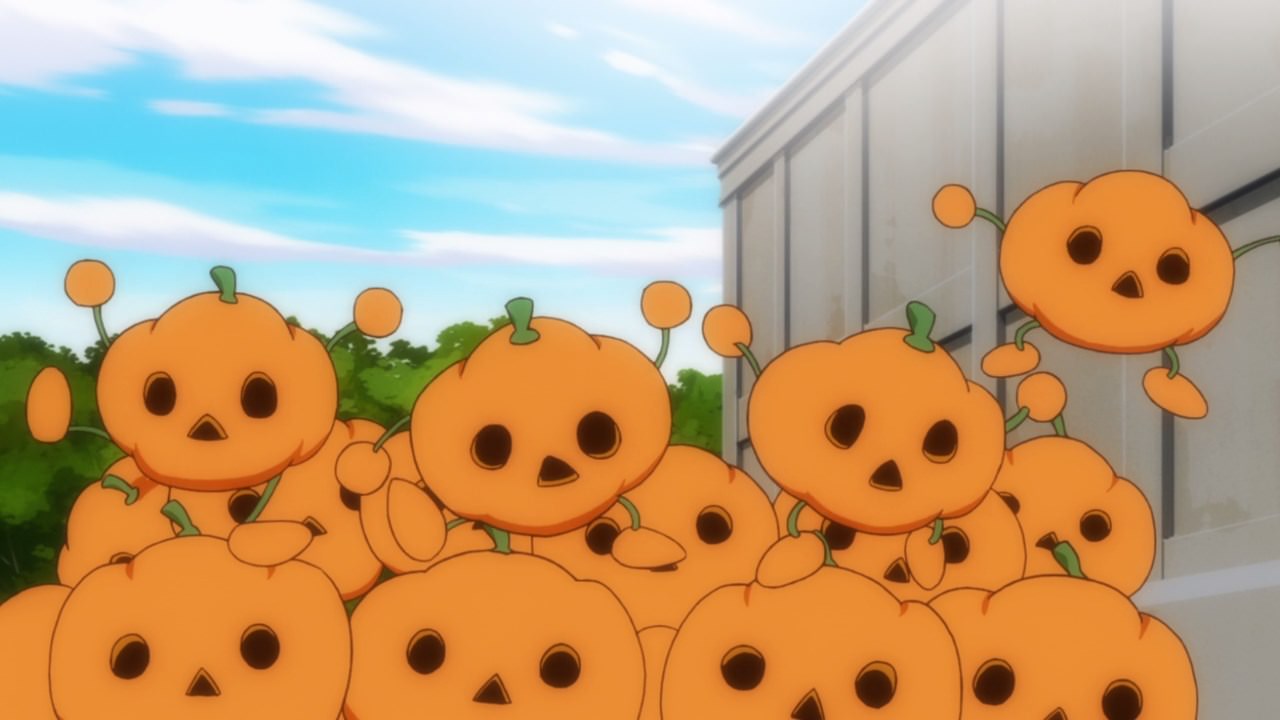 And as you can see, it works but Hazuki has a lot of things to learn before competing in Hexennacht, where 7 representatives from across the world are gathered to fight until one Mädchen has left standing.

The winner of the Hexennacht will be given a magic that’ll grant any wishes so it’s a tall order for Hazuki-chan. Then again, she’s content with her new life as a Mädchen. 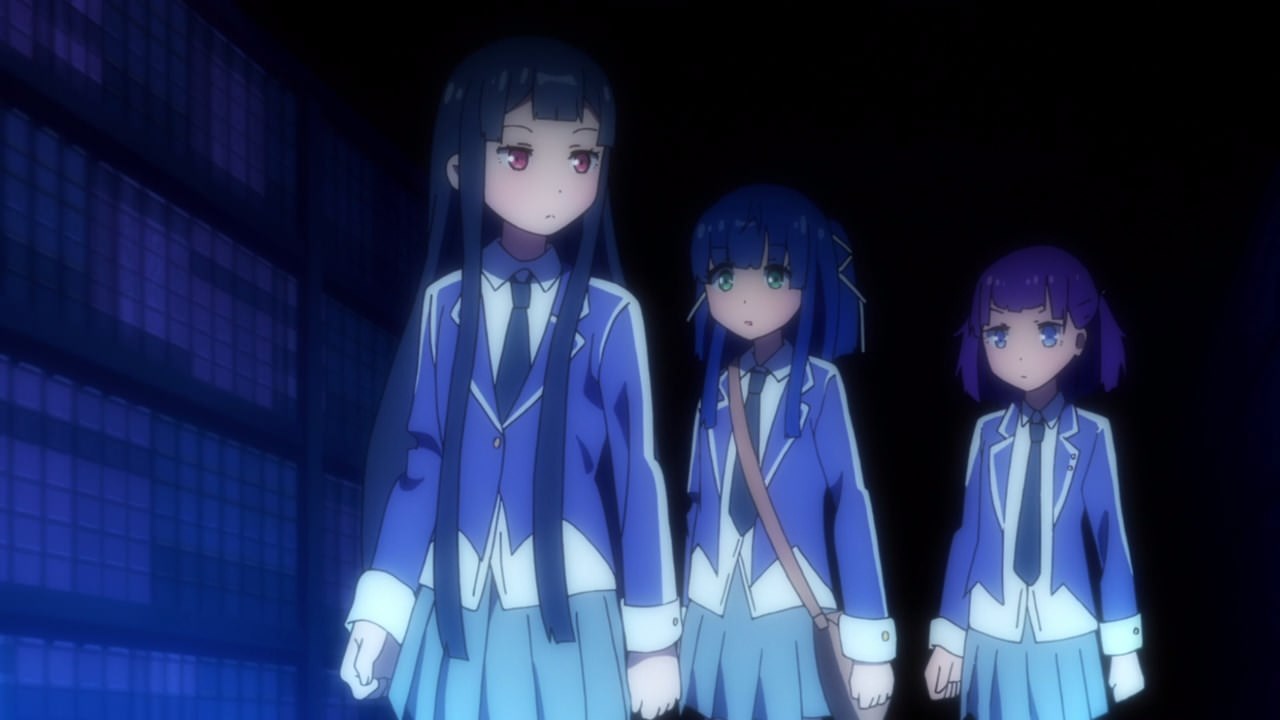 But in order to understand the importance of the Hexennacht, Shizuka Tsuchimikado took Hazuki Kagimura and Ariko Kazumi to a library where it stores magic books or Origins.

These Origins contained powers based on a fairy tale or legend, from the Tale of Momotaro to Snow White. 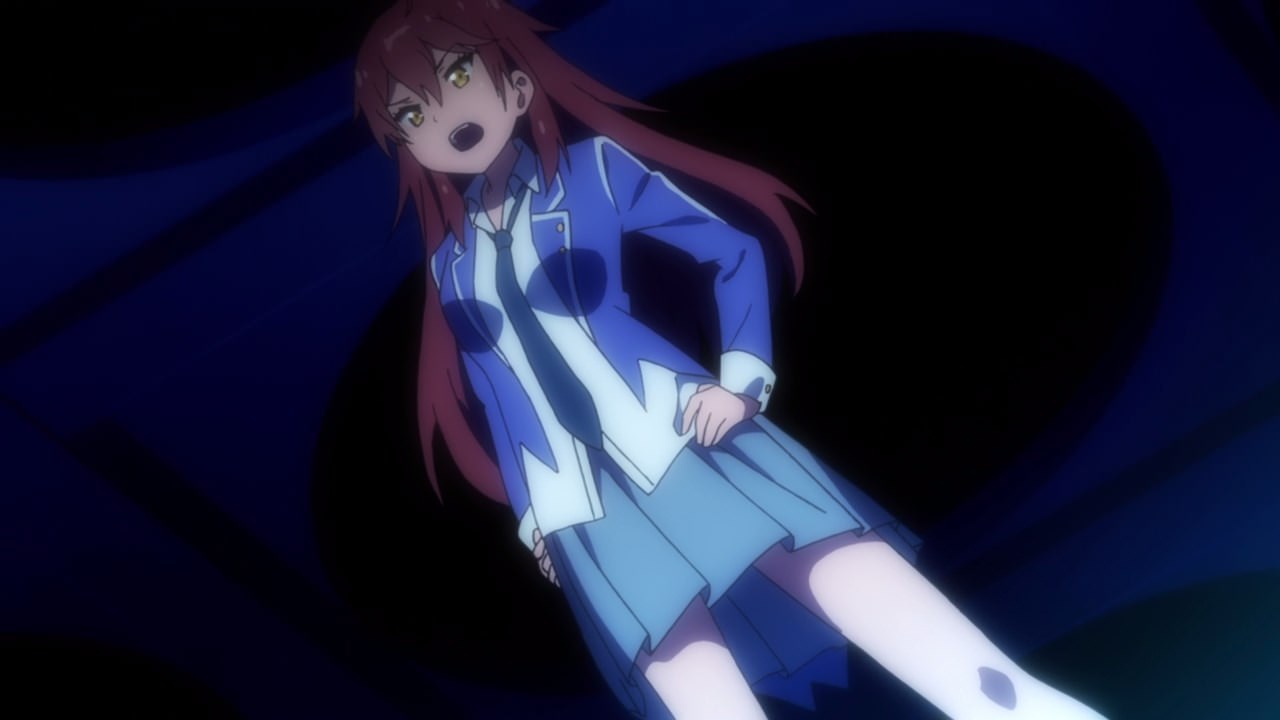 On the other hand, here’s Yumilia Qazan as she’s not here to slack around inside the library. In fact, the principal order Yumilia to clean the Origins from something that’s worst. 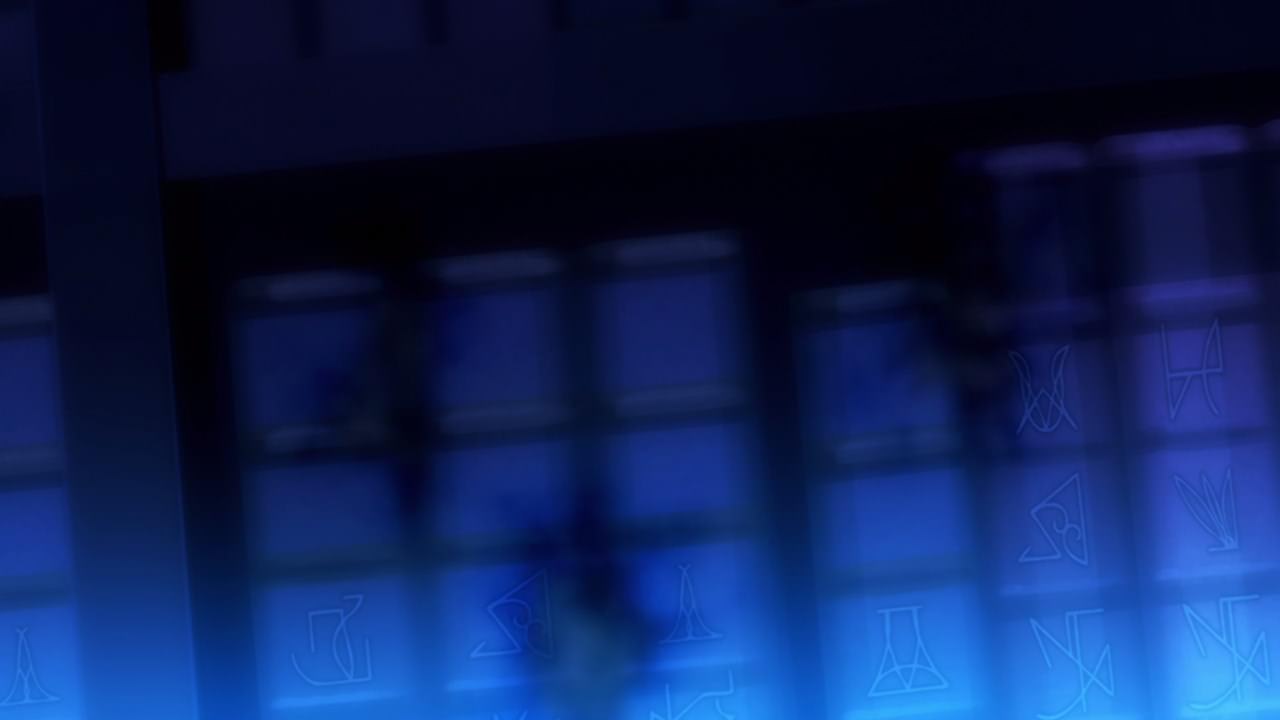 See these black speck of dust that’s crawling around the Origins? Those are called Stains and they eat the contents of the Origins until they evolved into Flecks. 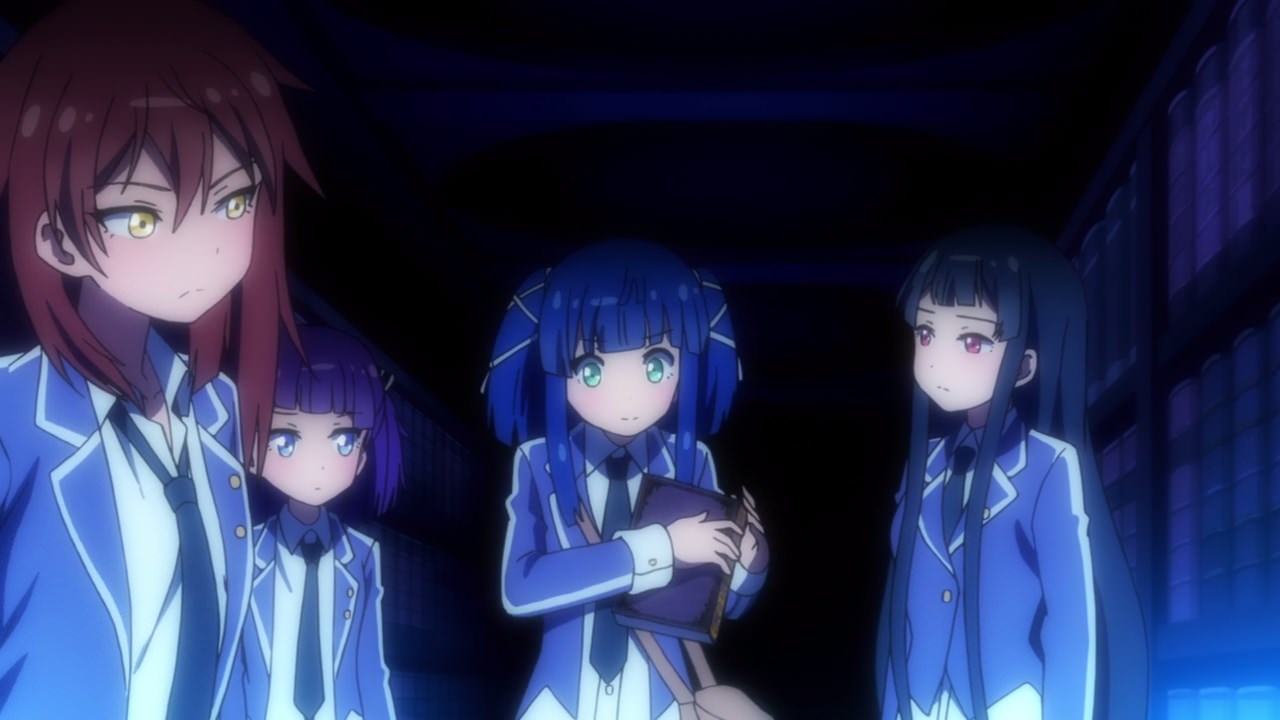 And obviously, Hazuki-chan got into a panic as she checks her Origin to see if it’s still intact.

Fortunately though, there are many ways to eliminate the Stains as Mädchen used magic to destroy those pesky speck of dust. But if you want to clean the entire library in one go, there’s also another method where two Mädchen fought each other in order to generate a lot of white magic to destroy the Stains.

In any case, that explains the importance of the Hexennacht as they need to fight in order to generate lots of white energy to eliminate the Stains from destroying the Origins forever. 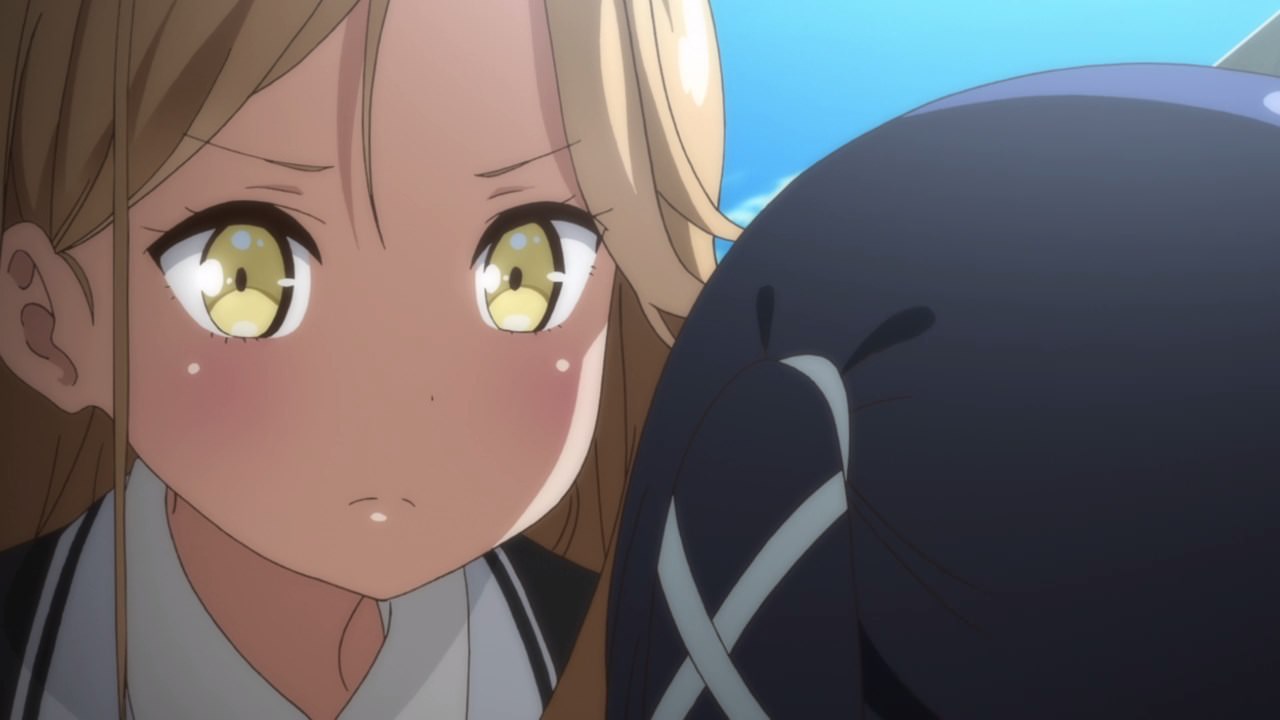 Meanwhile, I would like to introduce you to Hazuki’s step-sister Misa as she’s getting suspicious towards Hazuki-chan. 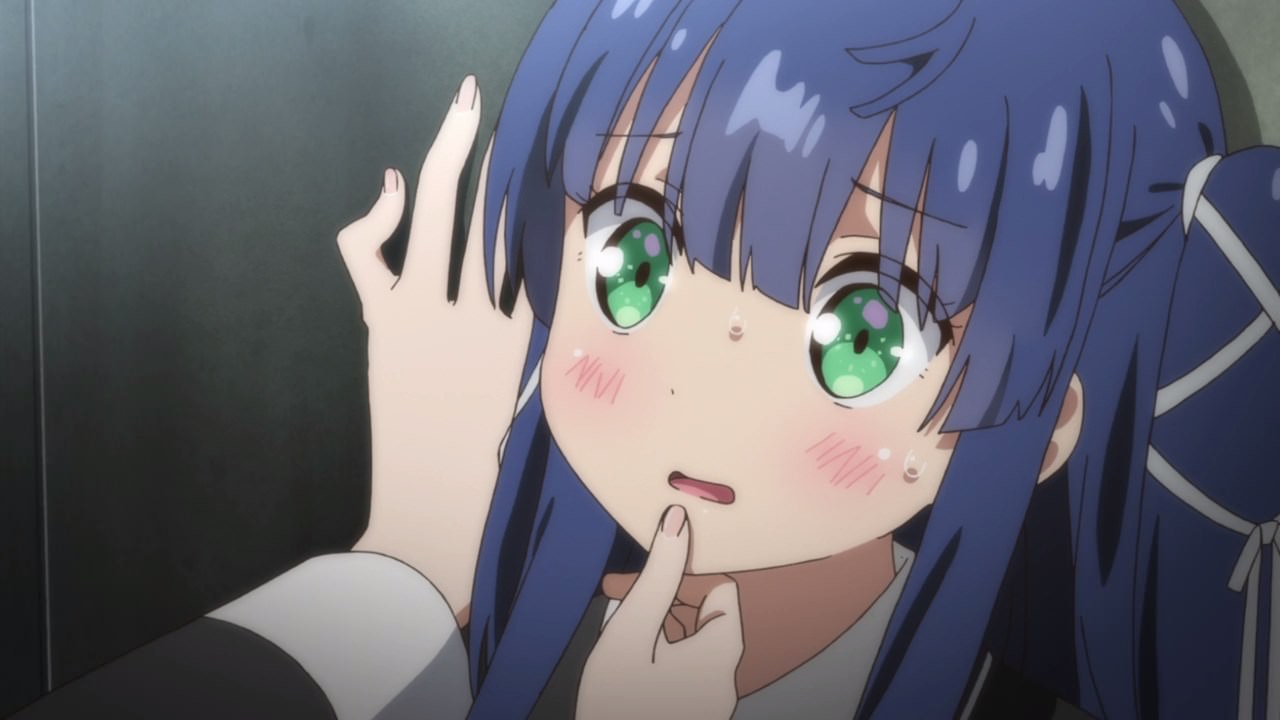 And seriously, placing her left hand on the wall while holding Hazuki’s chin with her right is hardcore coming from Misa.

Fortunately for Hazuki, she told her step-sister that she always go to another school to meet someone there, most likely Hazuki’s boyfriend according to Misa. But hey, at least Hazuki did a convincing lie to her step-sister instead of reading books to calm her nerves. Also, Hazuki doesn’t have a boyfriend. 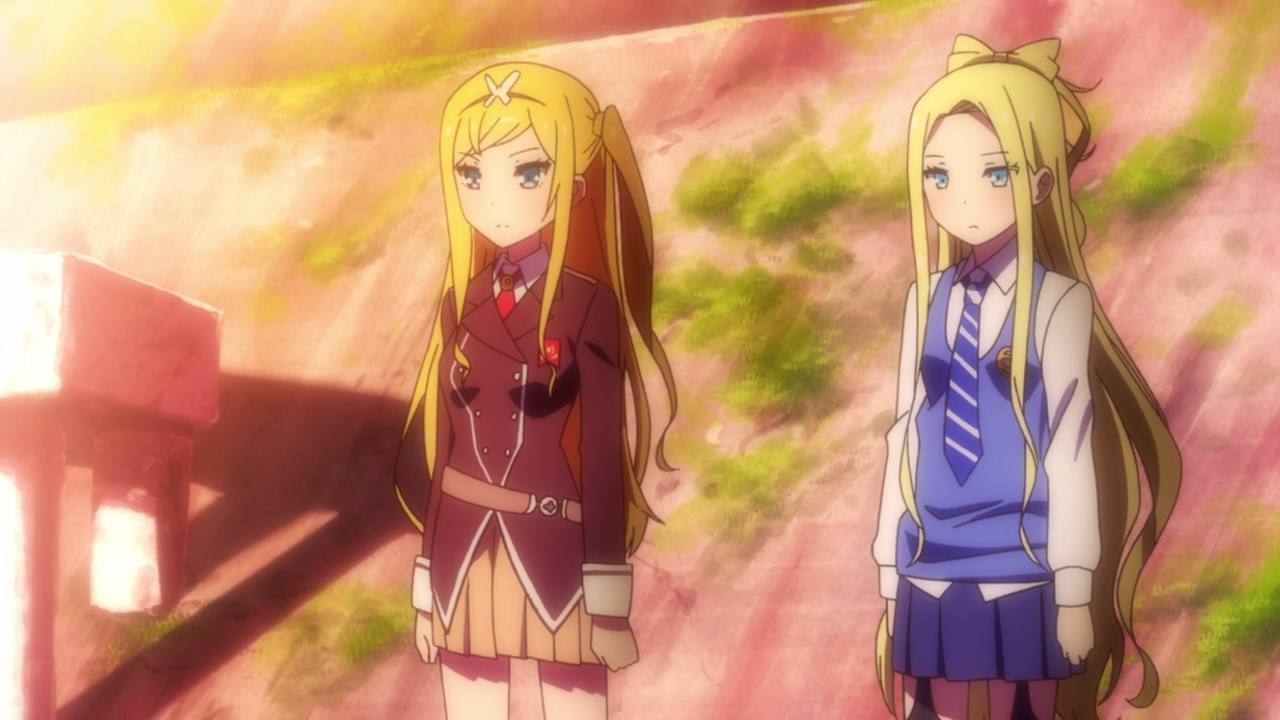 Finally, it seems that the strongest Mädchen from across the world have gathered at Kuzunoha Girls’ Magic Academy to discuss for the upcoming Hexennacht.

By the way, these two girls are Agathe Arier and Arthur Pendragon as they want Shizuka Tsuchimikado to get the Book of Cinderella back to its rightful owner. 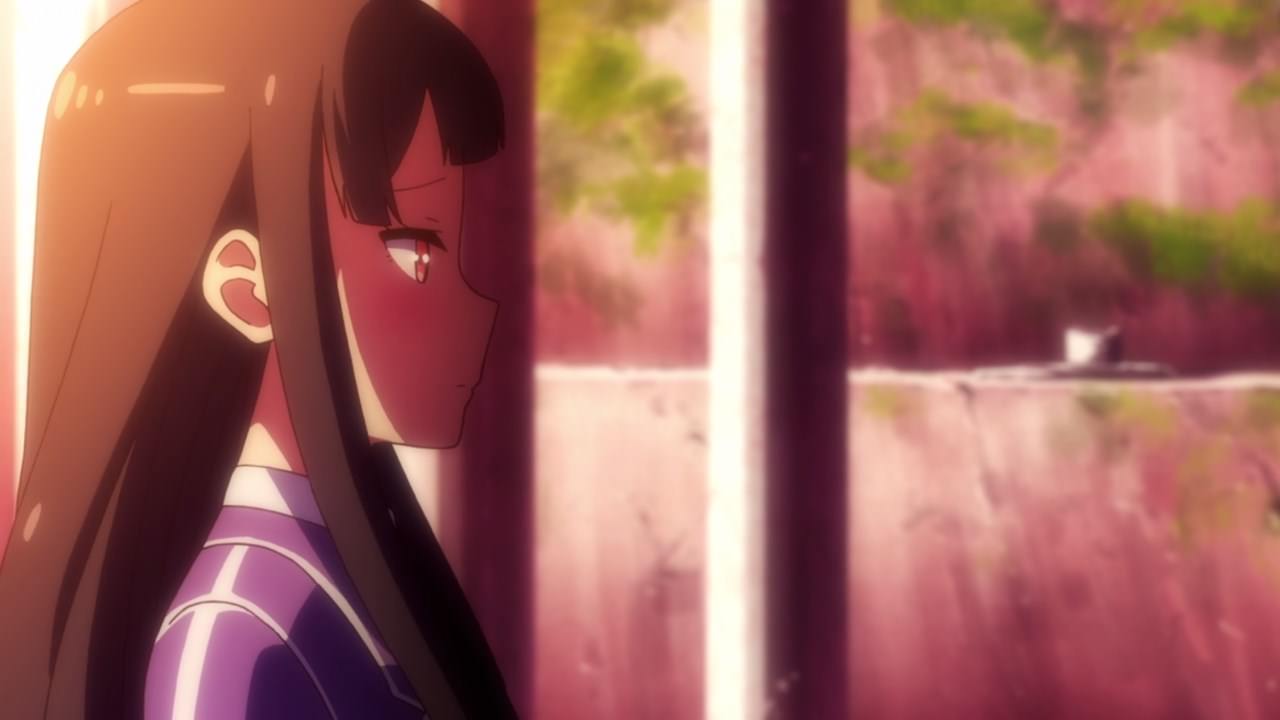 However, Tsuchimikado told them that the Book of Cinderella has chosen Hazuki Kagimura as the current owner.

However, she’s not yet ready to transform into the titular heroine yet so Shizuka told both Agathe and Arthur to give Hazuki some time to learn magic until she’s ready. Of course, they’re not gonna wait for long! 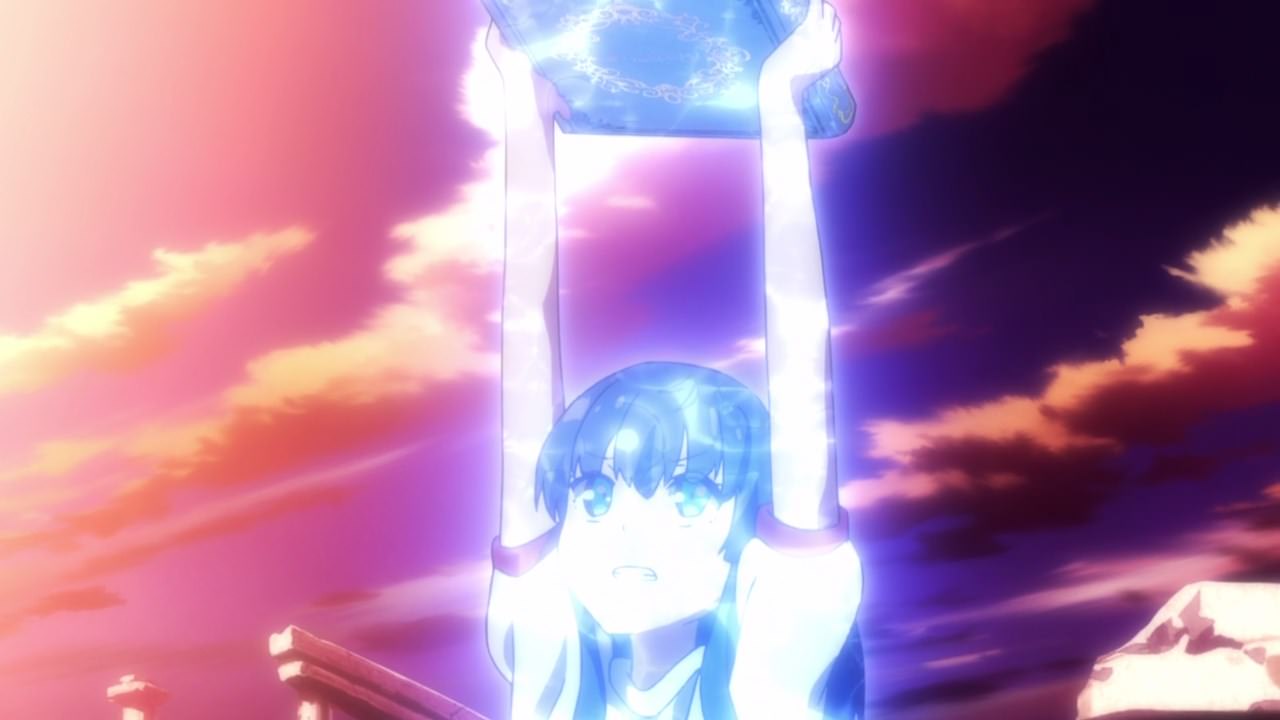 And speaking of Hazuki Kagimura, she’s here to show both Agathe Arier and Arthur Pendragon that she can transform into Cinderella.

As you can see, her body is glowing blue which means that Hazuki is transforming! 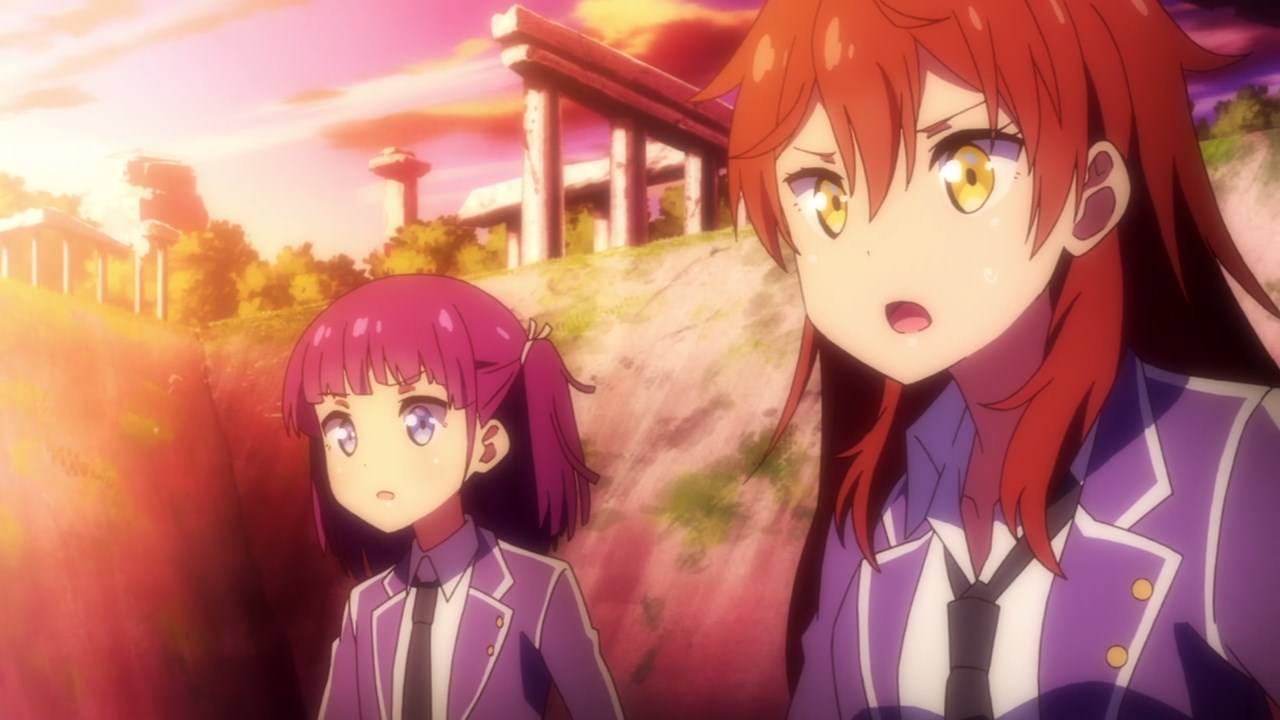 Heck, even Ariko Kazumi and Yumilia Qazan are witnessing this momentous event as Hazuki will become Cinderella in front of their eyes…

And then it went poof as Hazuki went naked again. Man, I think she needs more practice so that she won’t botch her transformation sequence!

Anyways, I have to say that Hazuki Kagimura has a long way to go before becoming a full-fledged Mädchen. Of course, time is not on her side so she needs to be good for next week’s episode!