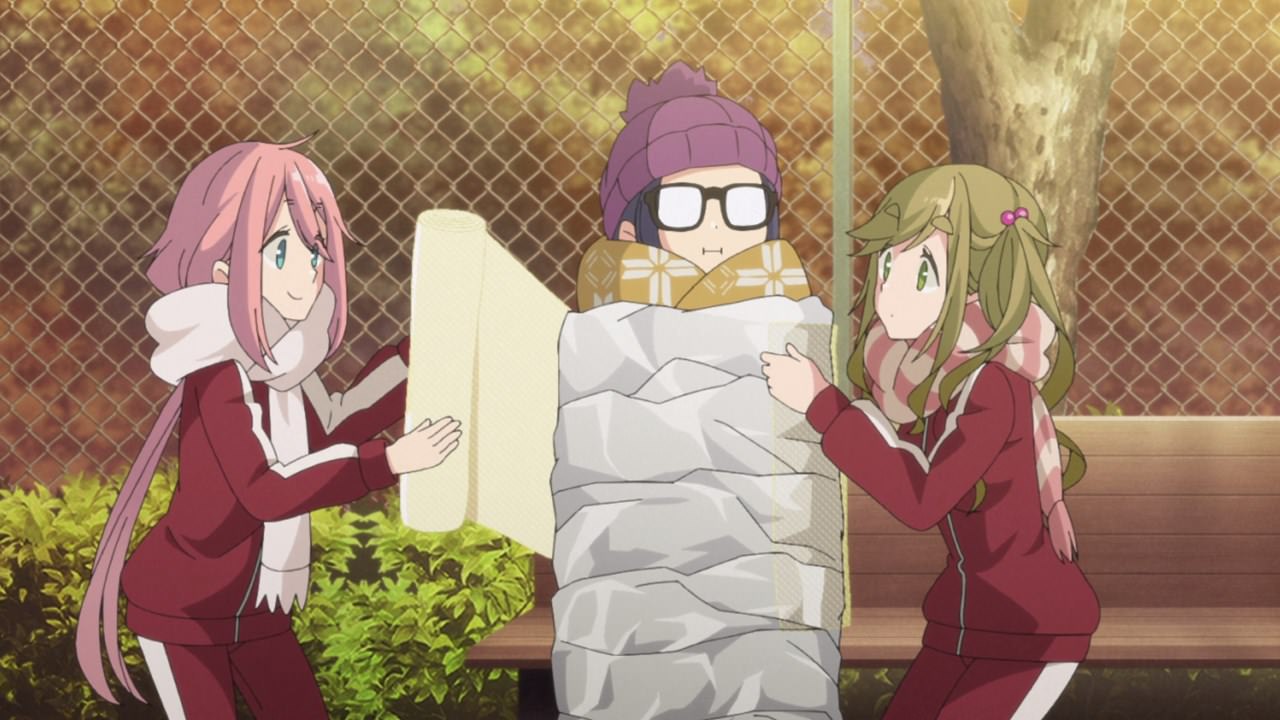 Here’s the Outdoors Club as Nadeshiko Kagamihara and Aoi Inuyama and trying to wrap Chiaki Oogaki with various things like aluminum foil and bubble wrap, just to make herself warm during winter. 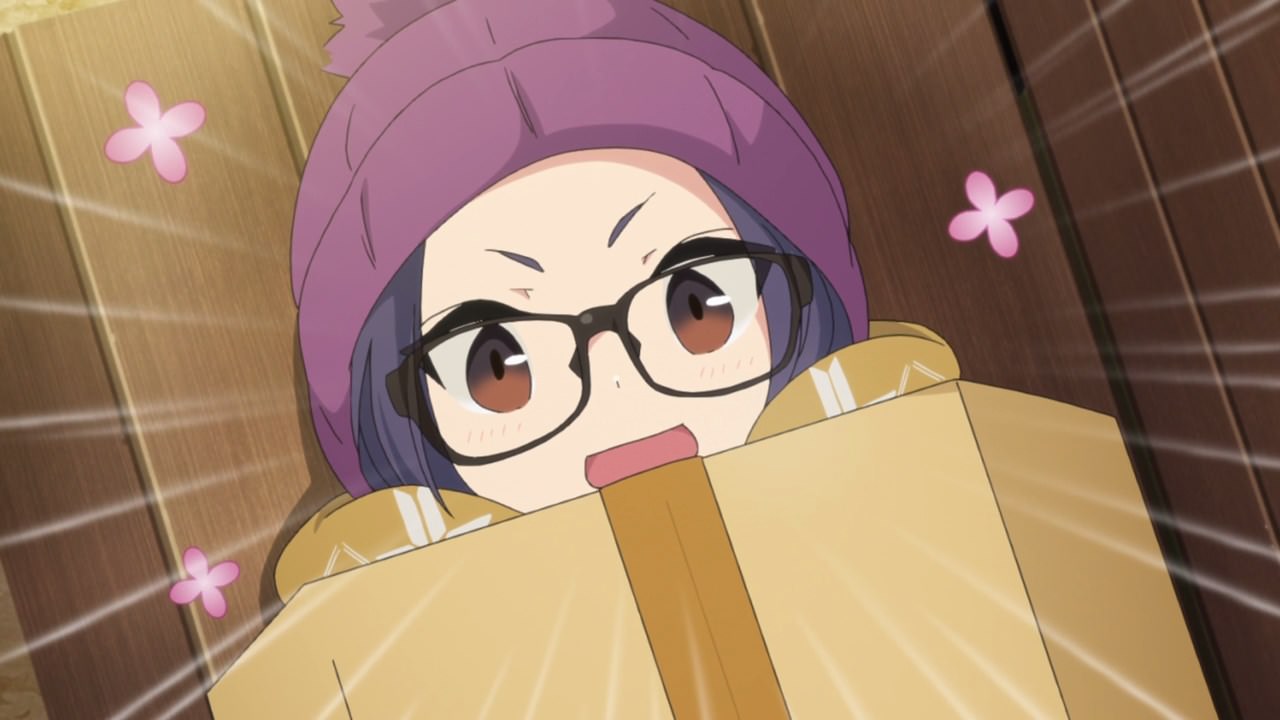 Throw in some cardboard and Chiaki is looking warm and comfortable, Looks like she can sleep during those cold nights. 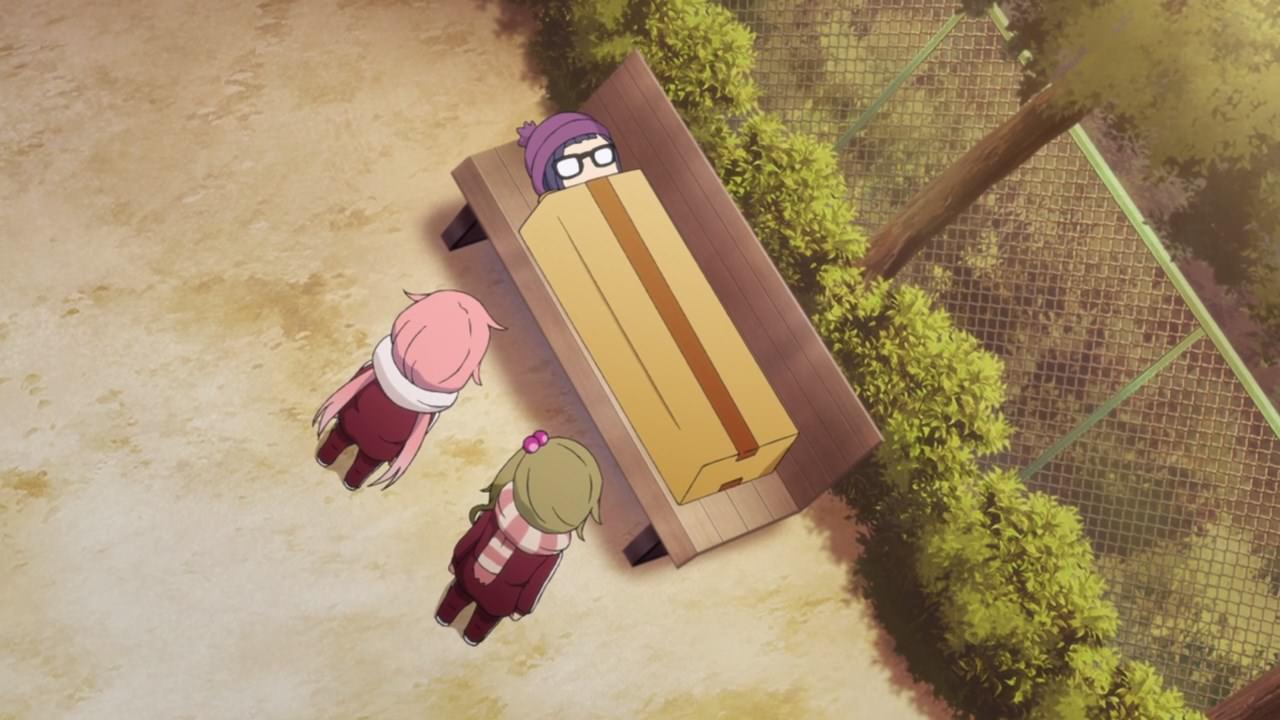 Then again, it looks like Chiaki Oogaki couldn’t get out as she’s like a package box that must be handled with care. Might as well buy a sleeping bag for winter season… 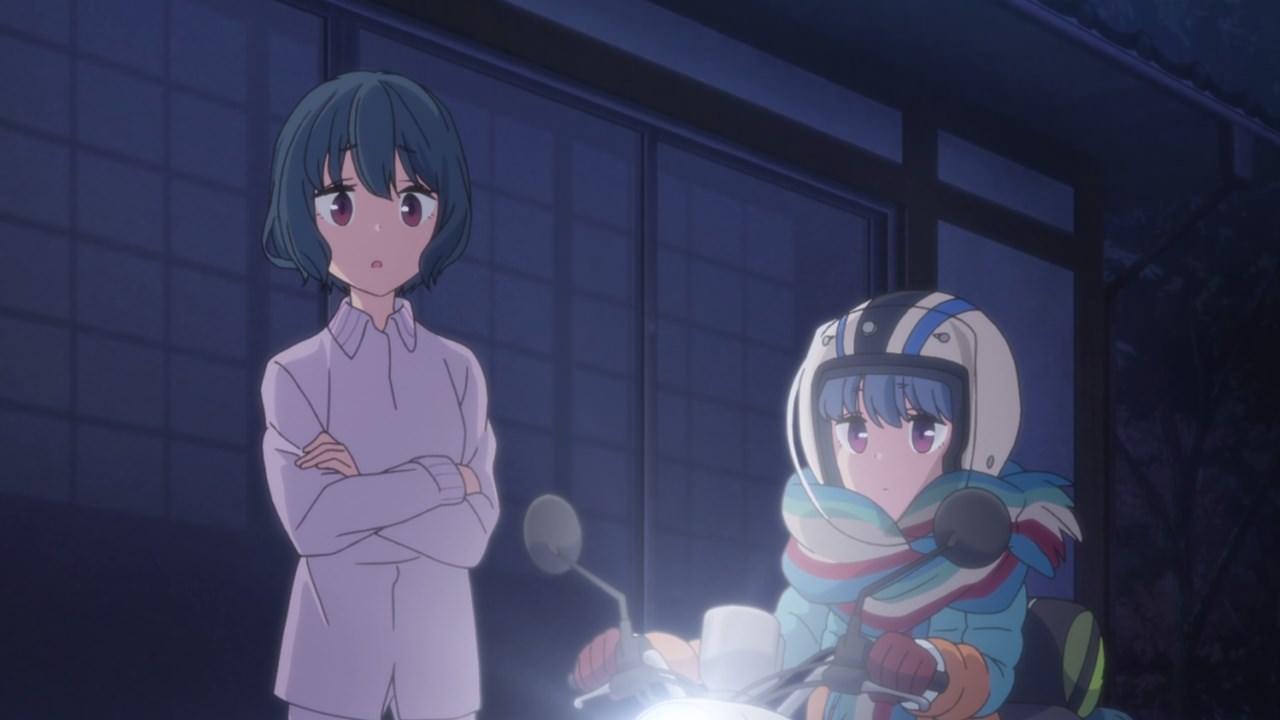 Meanwhile, here’s Rin Shima as she just got her motorcycle license and she’s heading out to Nagano Prefecture.

While her mother is worried that Rin is just starting to ride a scooter, Rin-chan told her mom that she’ll be fine. Let’s hope that she won’t get an accident upon going to Nagano. 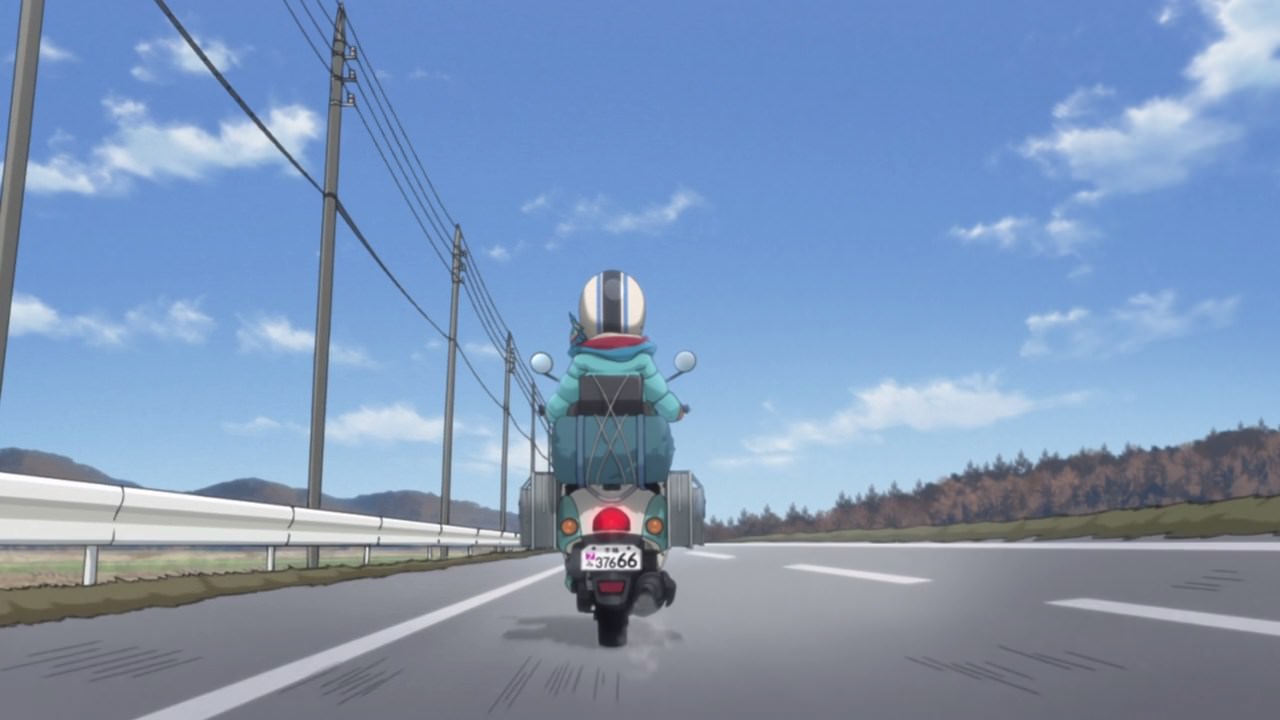 In any case, it’s gonna be a long journey towards the campsite at Nagano. On the other hand, Shimarin is carrying a lot of stuff on her scooter. 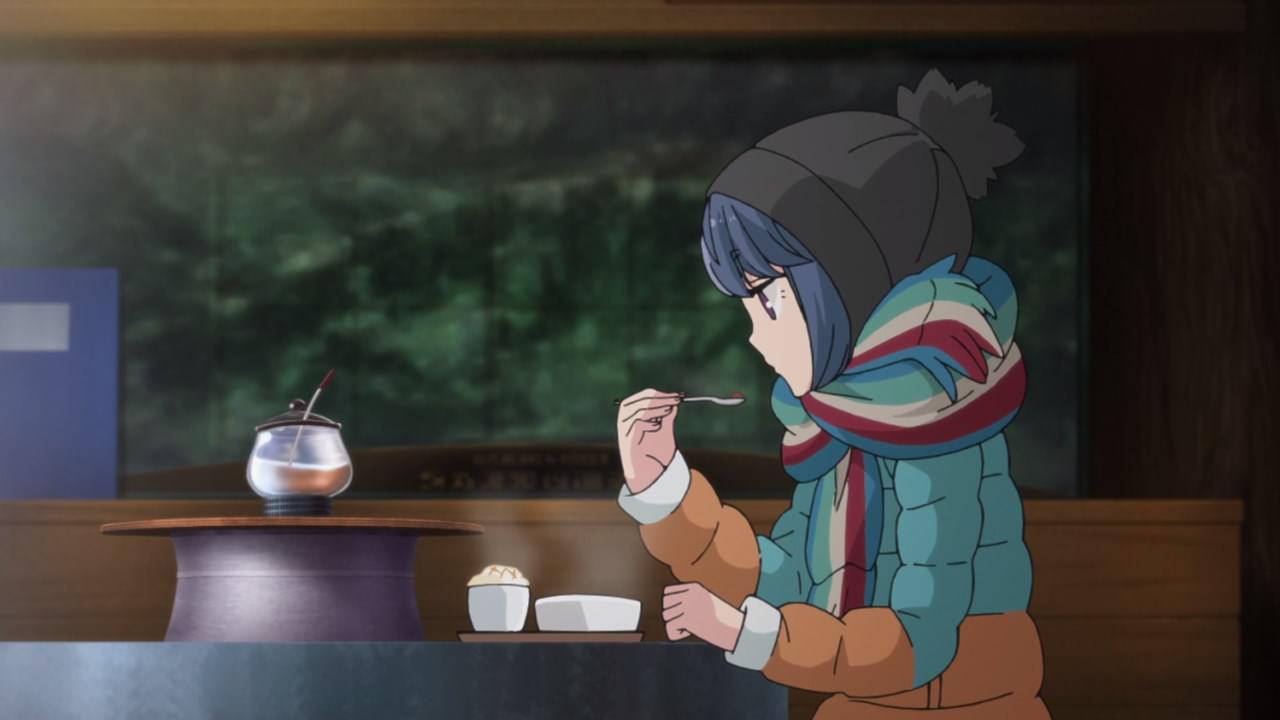 However, she did make it to her destination safe and sound. Yeah, nothing to worry about here.

Once she’s arrived at Nagano, her first task was to eat some borscht and coffee to warm her body. I mean, it’s winter season after all! 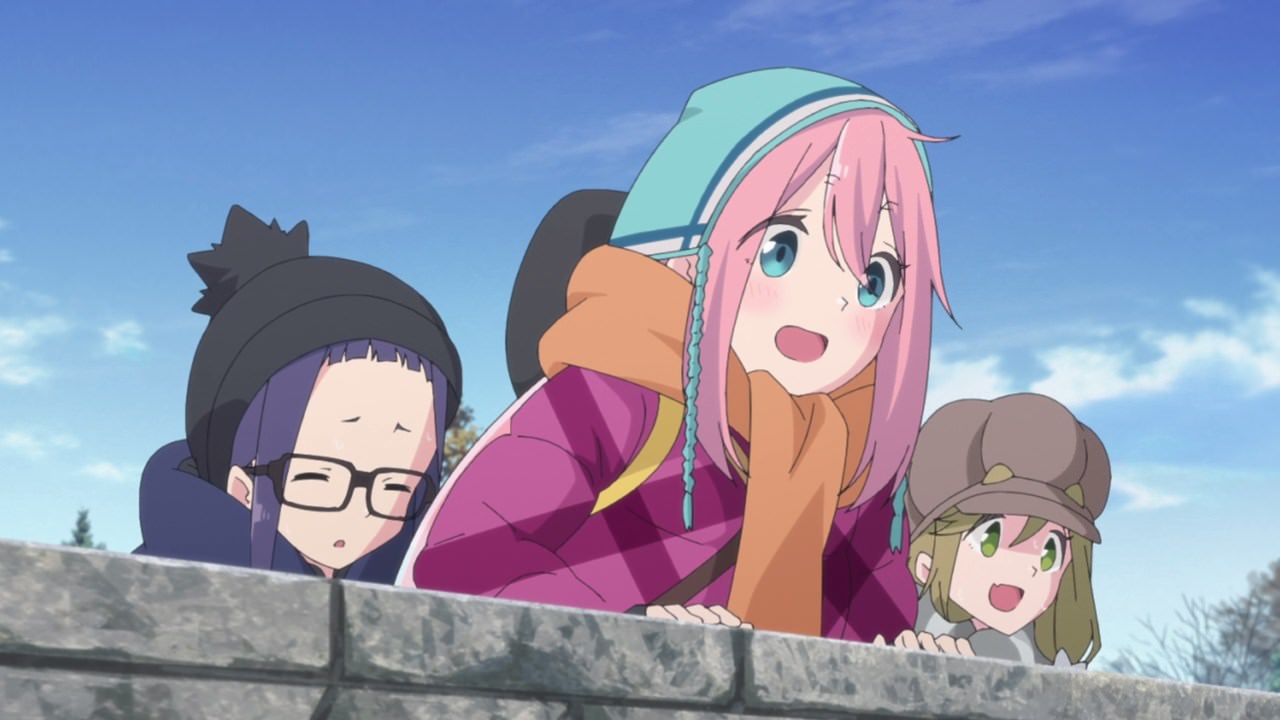 Now let’s go back to the Outdoors Club as they arrived at Fuefuki Park where Nadeshiko and her clubmates will be enjoying the great scenery, hot springs… 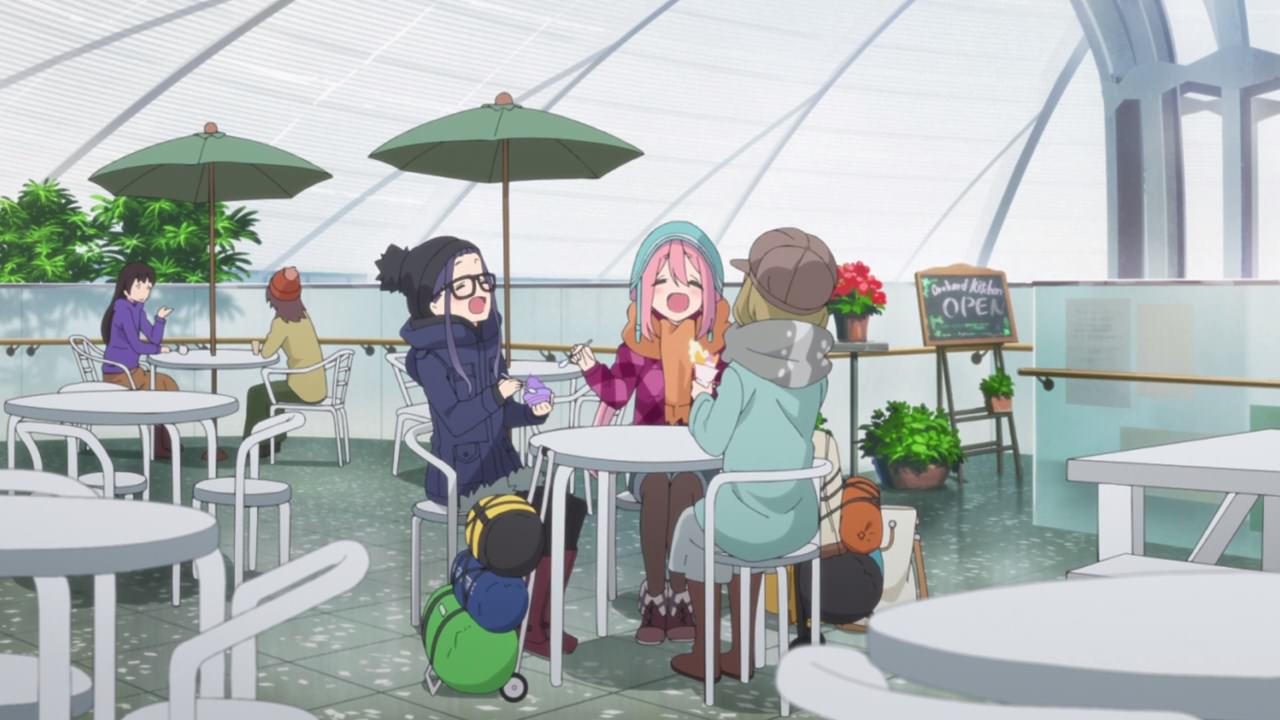 …and even great food when camping there. Yeah, let’s hope that they have fun at Fuefuki Park!

And that’s about it for this week’s episode. I’m hoping that someday, Rin Shima will join the Outdoors Club and do some camping together.