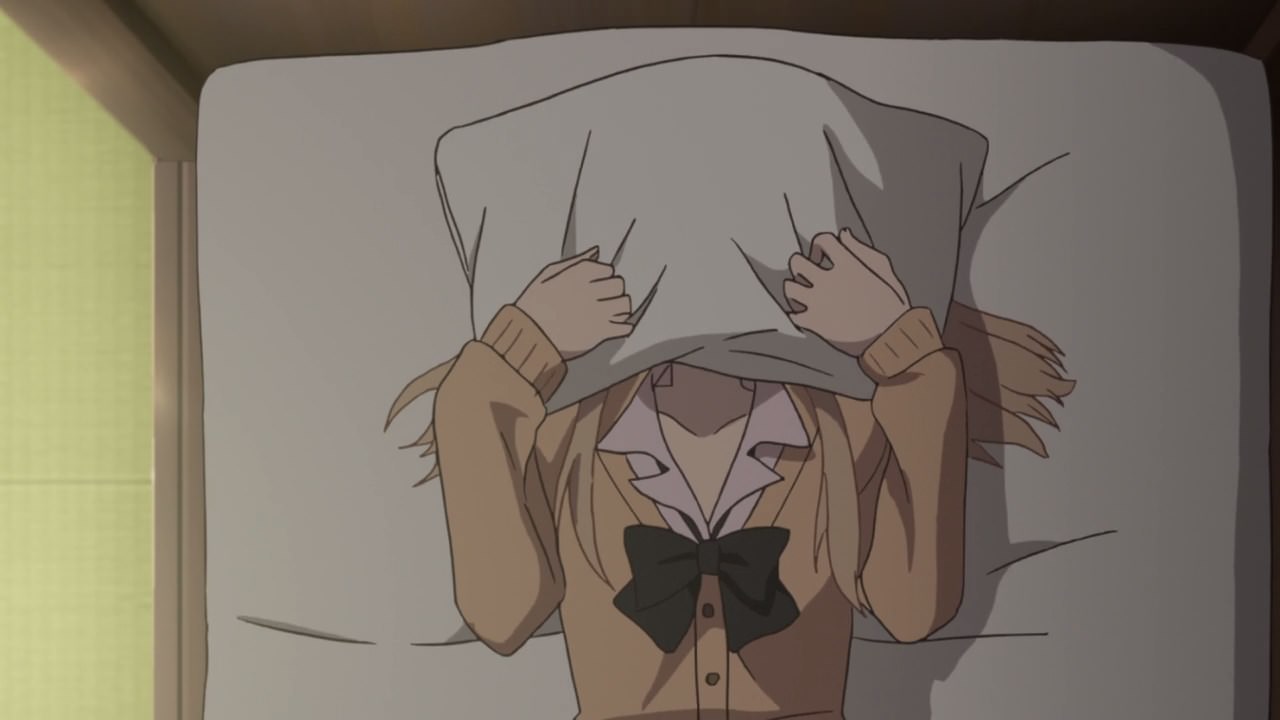 Oh look, here’s Yuzu Aihara as she’s flustered over her advances towards Mei. Yeah, she made a fool of herself after kissing her at the principal’s office. 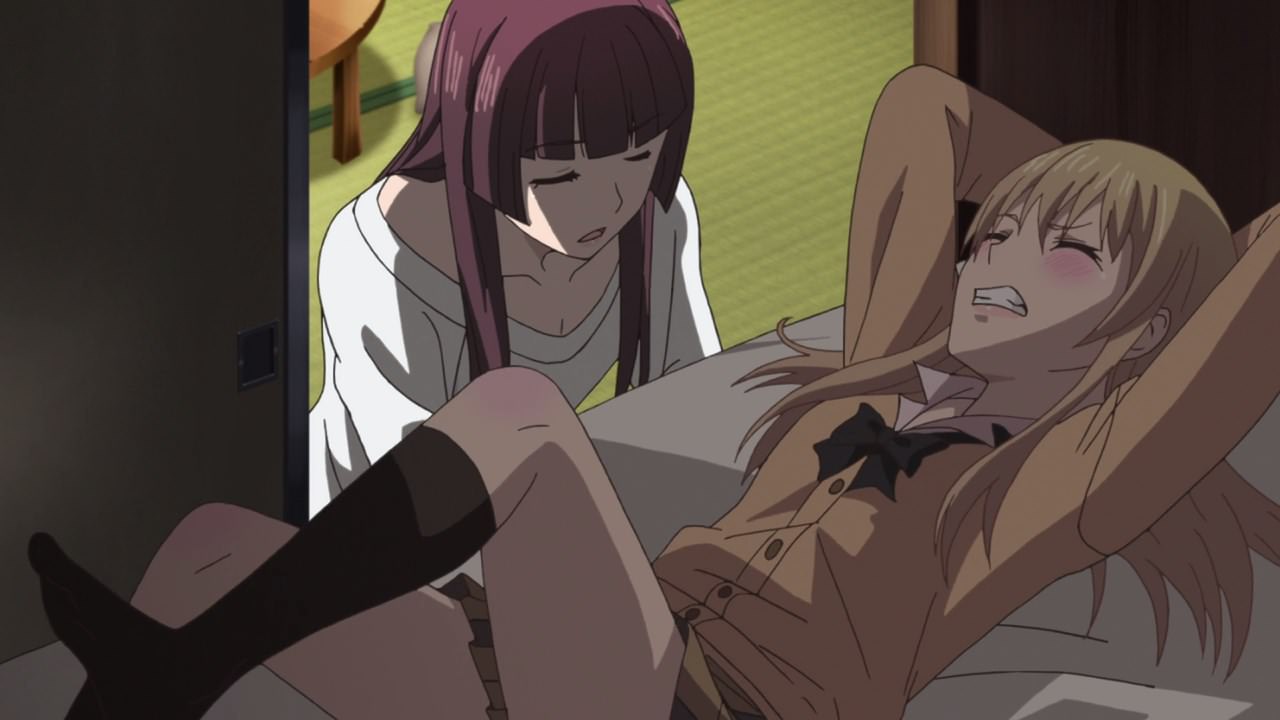 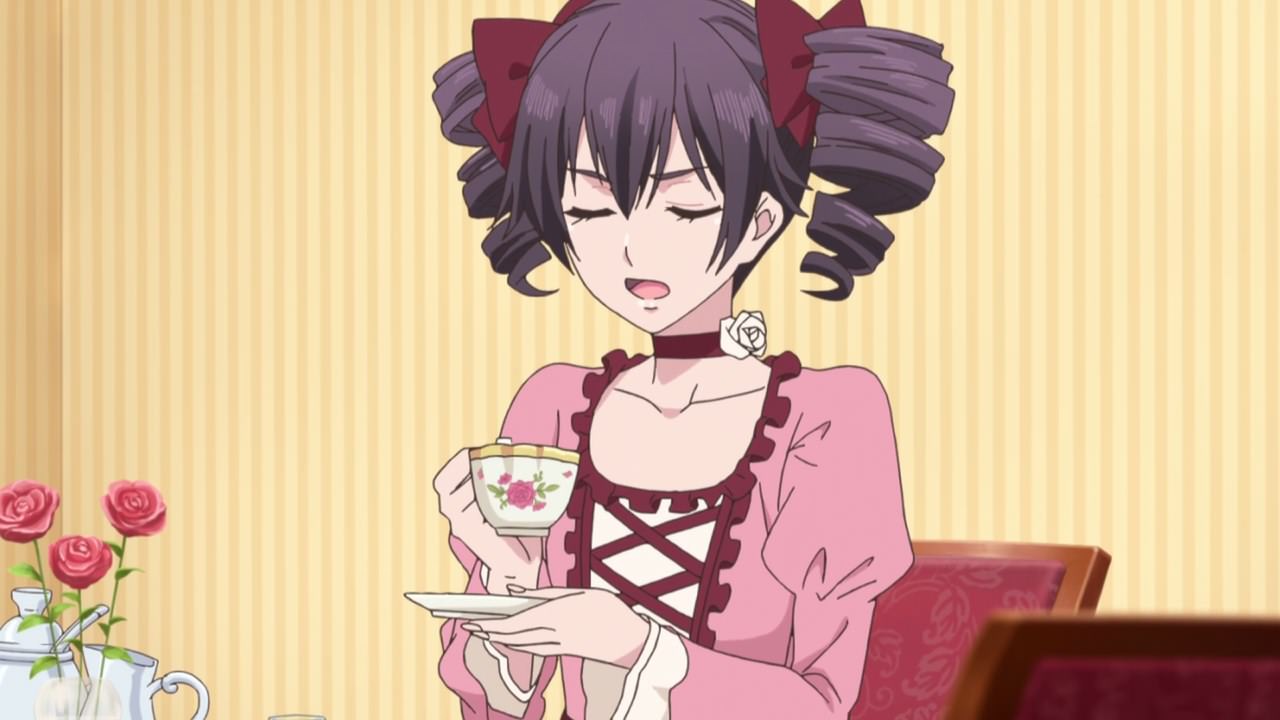 Meanwhile, here’s a character that was shown at the end of the third episode. This is Himeko Momokino, and she’s a childhood friend to Mei for the last ten years.

Of course, she’s not here to invite Yuzu for an afternoon tea party because she wants to. 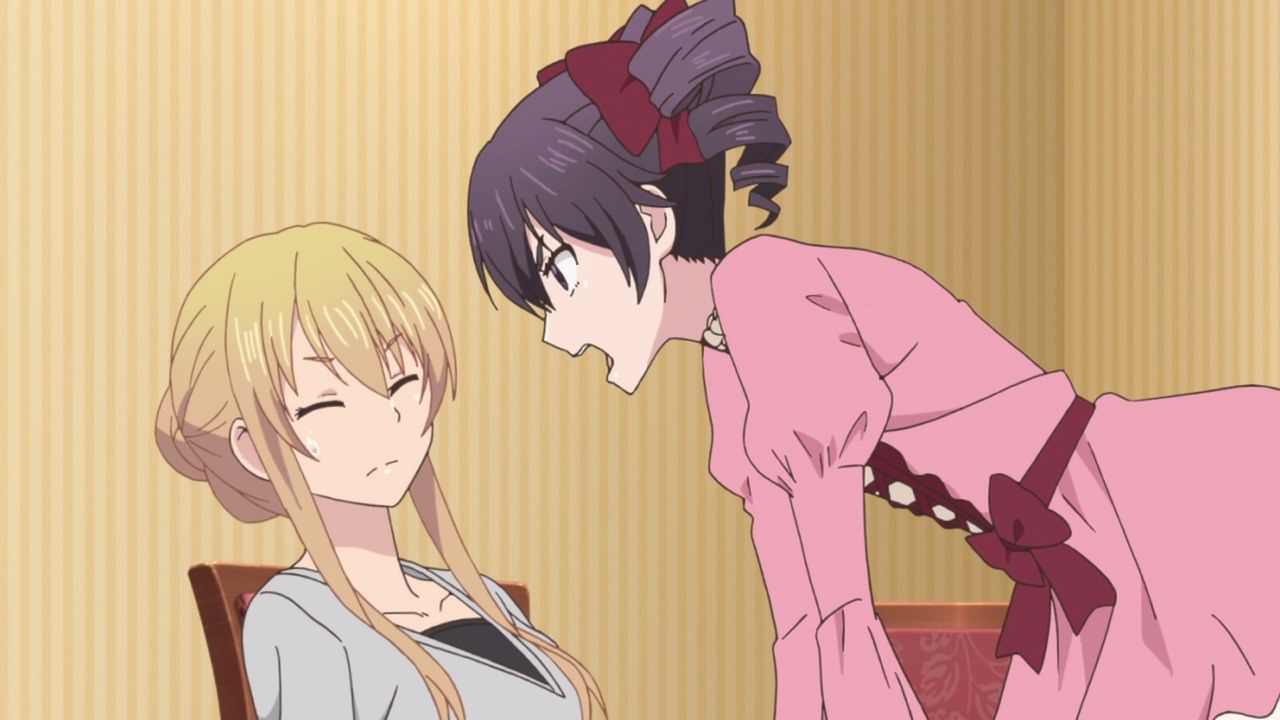 But because Himeko wants to tell Yuzu to stay away from Mei-chan, straight to her face! You know, I have a feeling that Himeko is in love with Mei.

In any case, Yuzu left without barking back at Ms. Twin Curly Tails. 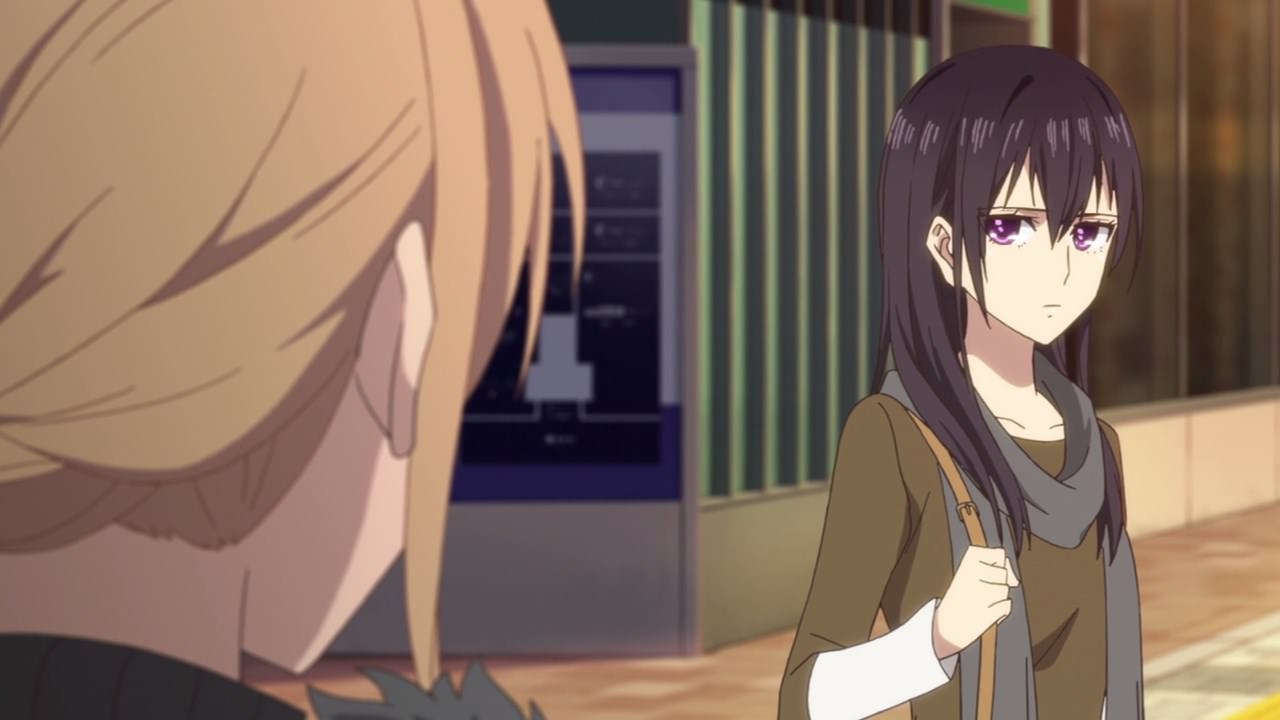 However, Yuzu bumped into Mei in which Himeko was surprised to see her best friend. Oh, and Mei told Yuzu to go back home to their mother. 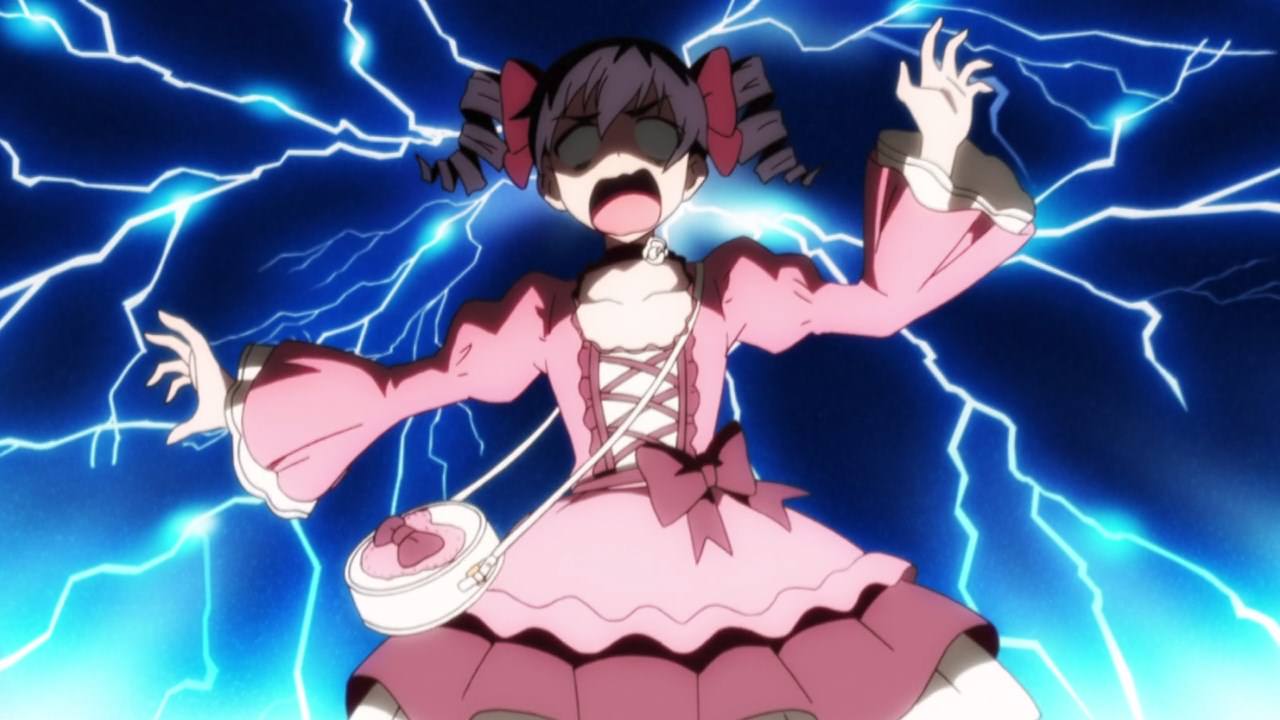 This shocked Himeko as both Yuzu and Mei are sisters. Yeah, she didn’t know about it beforehand until now! 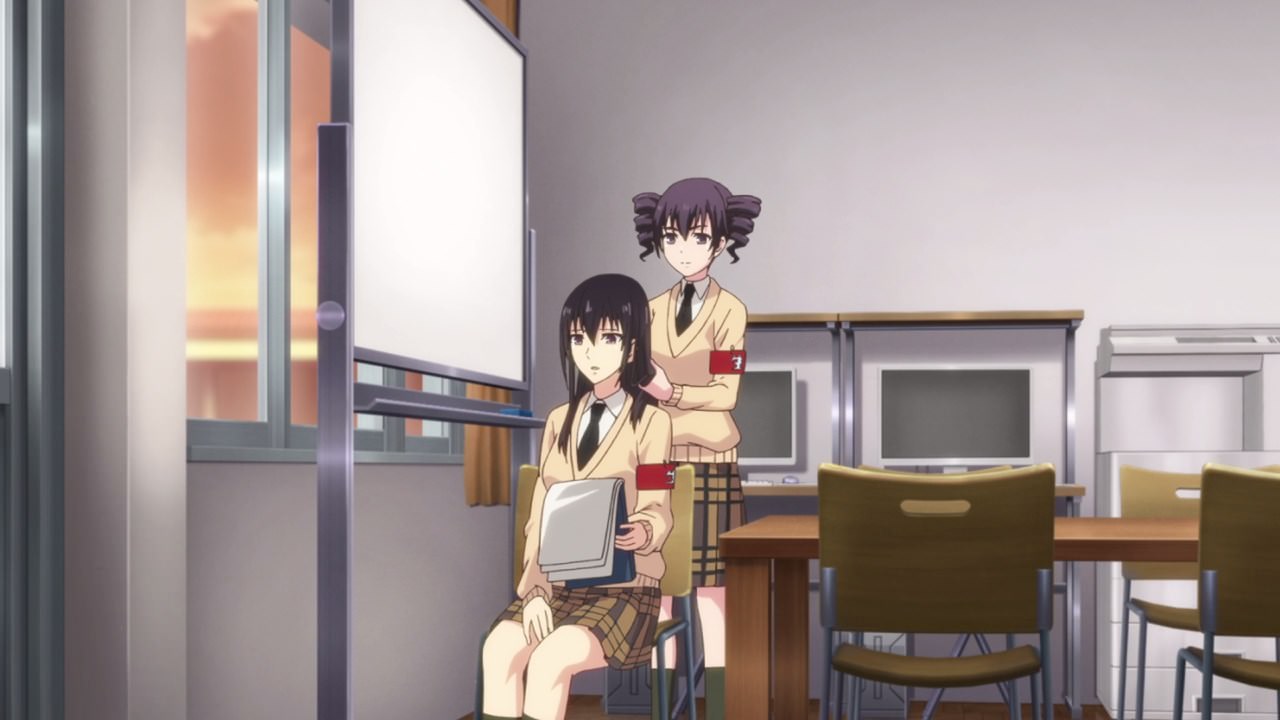 Now then, let’s move onto the next scene as both Himeko Momokino and Mei Aihara are inside the student council room by themselves. Looks normal to me… 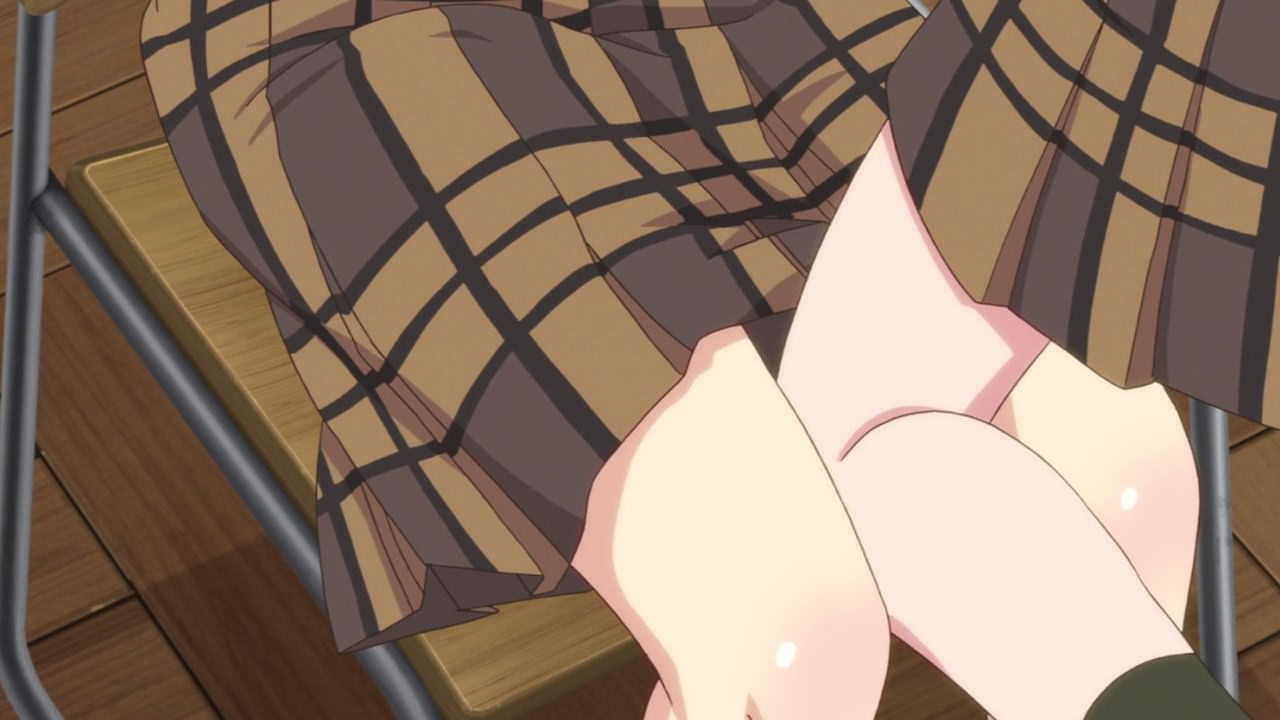 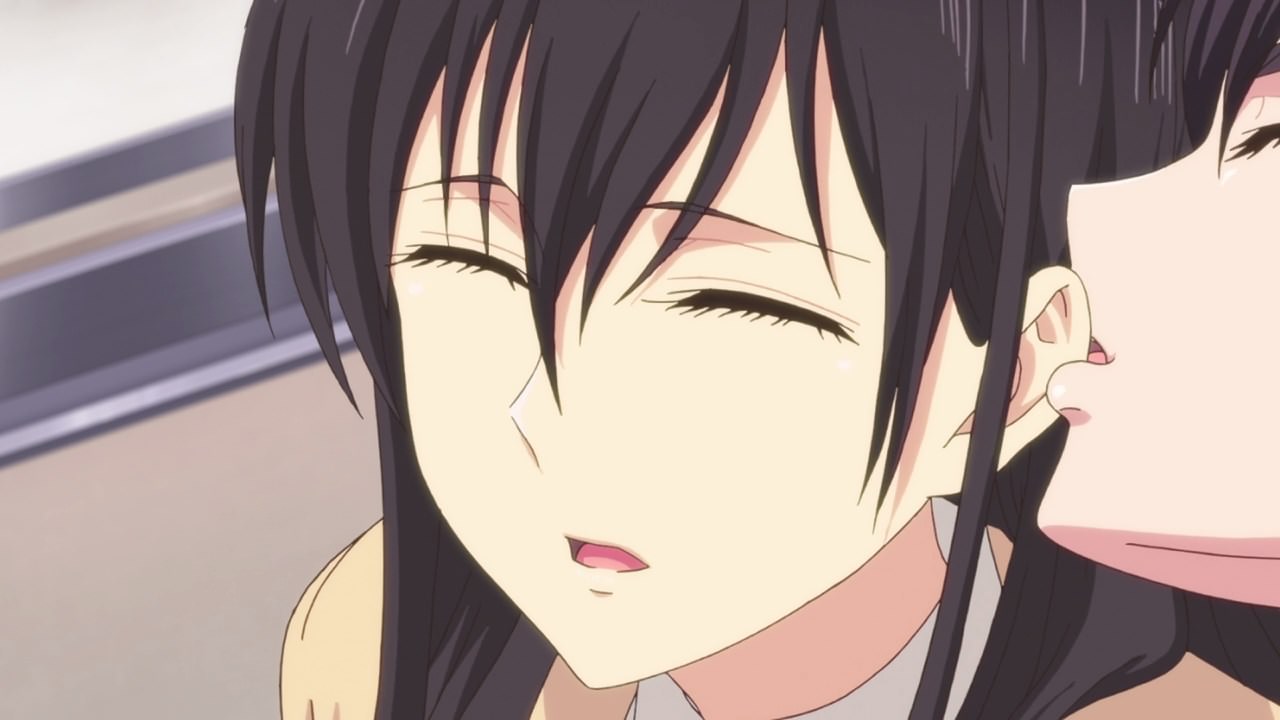 But then, seems that Himeko wants to cross the line with Mei as she nibs her ears while putting her right knee between Mei’s legs. Yeah, Himeko wants to get it on towards Mei because they’re childhood friends!

Oh boy, what’s gonna happen to Yuzu now that Himeko has crossed the line towards Mei? We’ll find that out next time!