Darling in the FranXX Episode #03 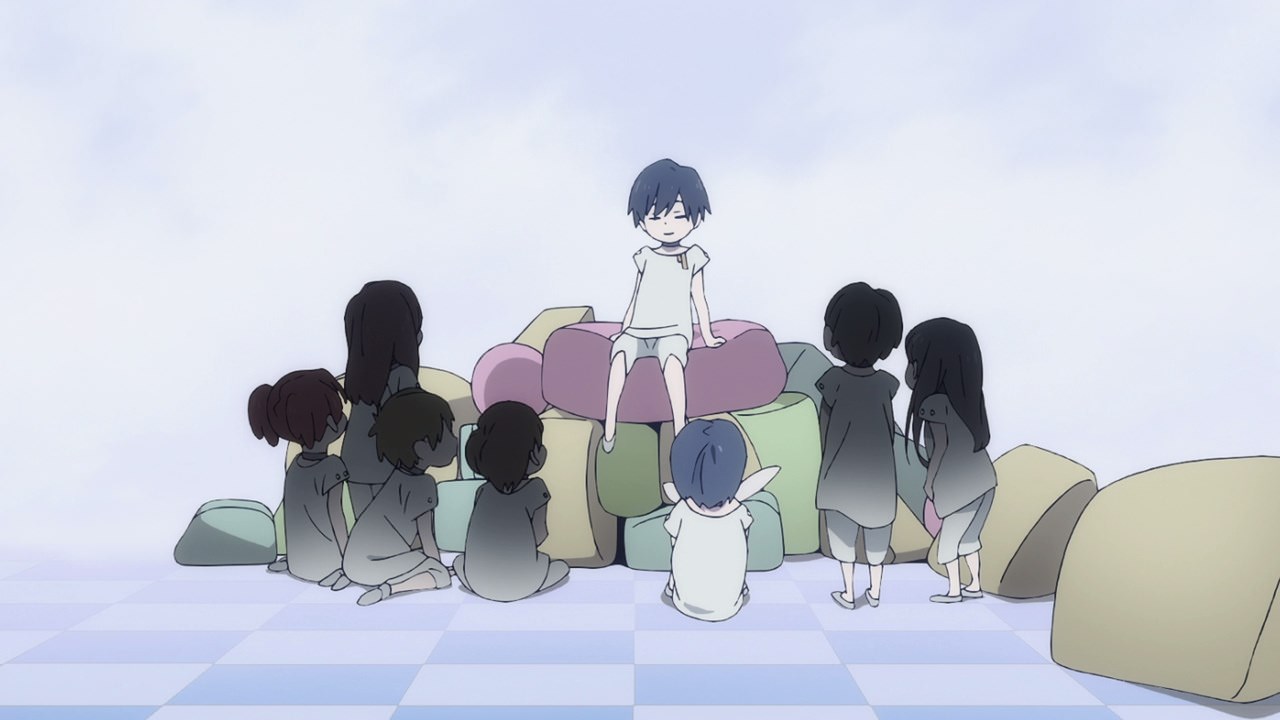 Once upon a time, there was a boy who has a bright future as he’s a cut above the rest. That boy was Code:016 “Hiro” and he’s a fit to be the best parasite within the plantation Mistilteinn.

Sadly, he didn’t become a great FranXX pilot because of his insecurities or something similar that’s holding him back! 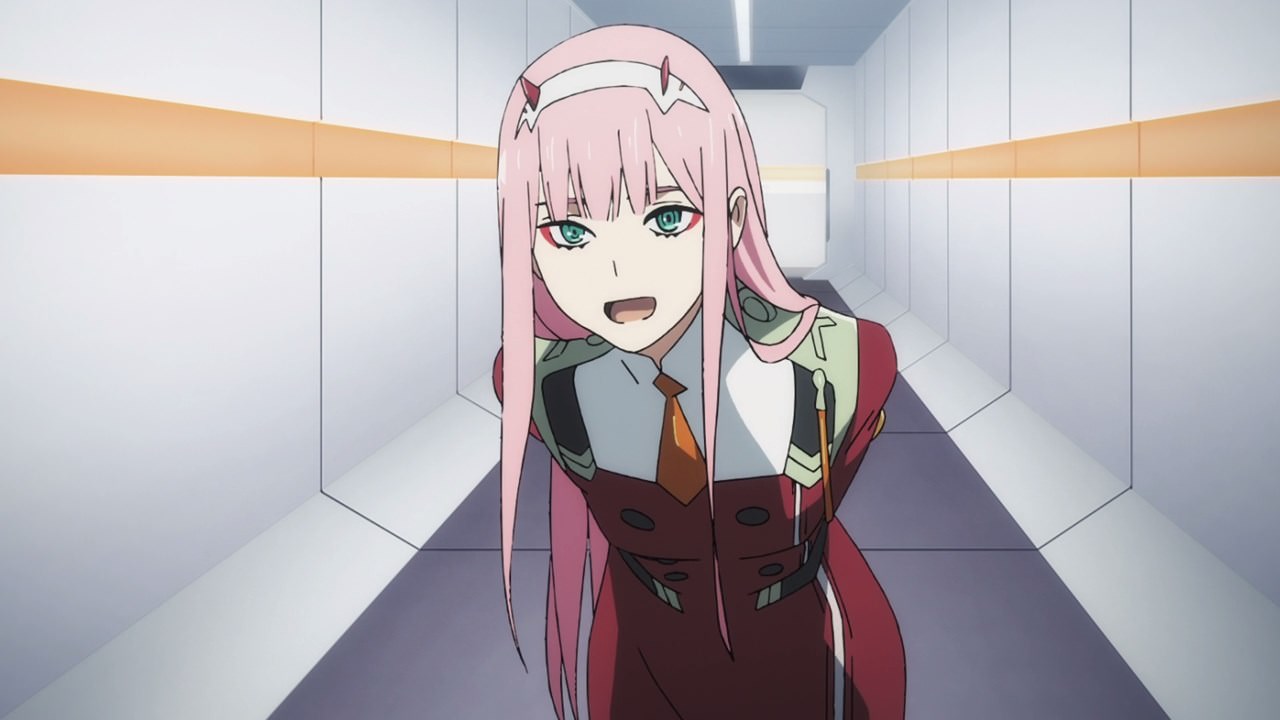 Anyways, let’s go back to the present as Code:002 “Zero-Two” is here to show Hiro something amazing… 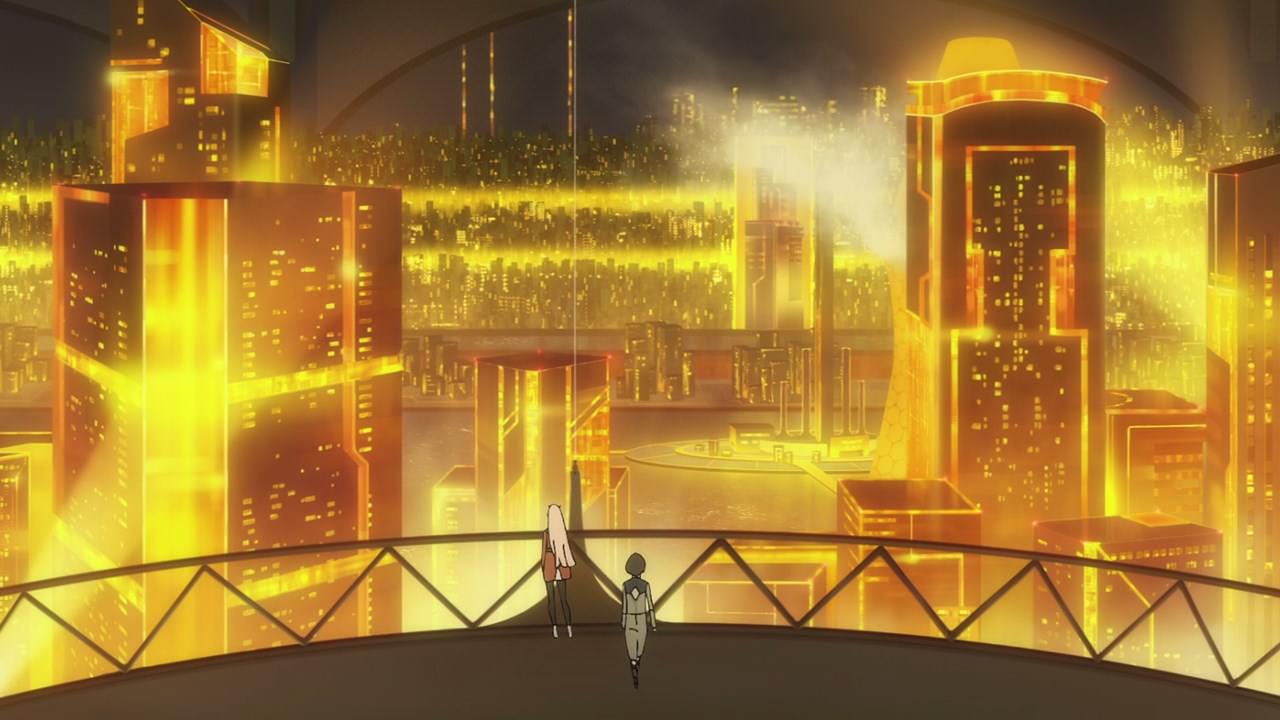 Well, it’s not amazing according to Zero-Two as she shows Hiro the plantation’s inner city where there’s no sky nor sunshine to see.

It’s basically a monotonous and lifeless city where the most important people are being sheltered from the klaxosaurs. 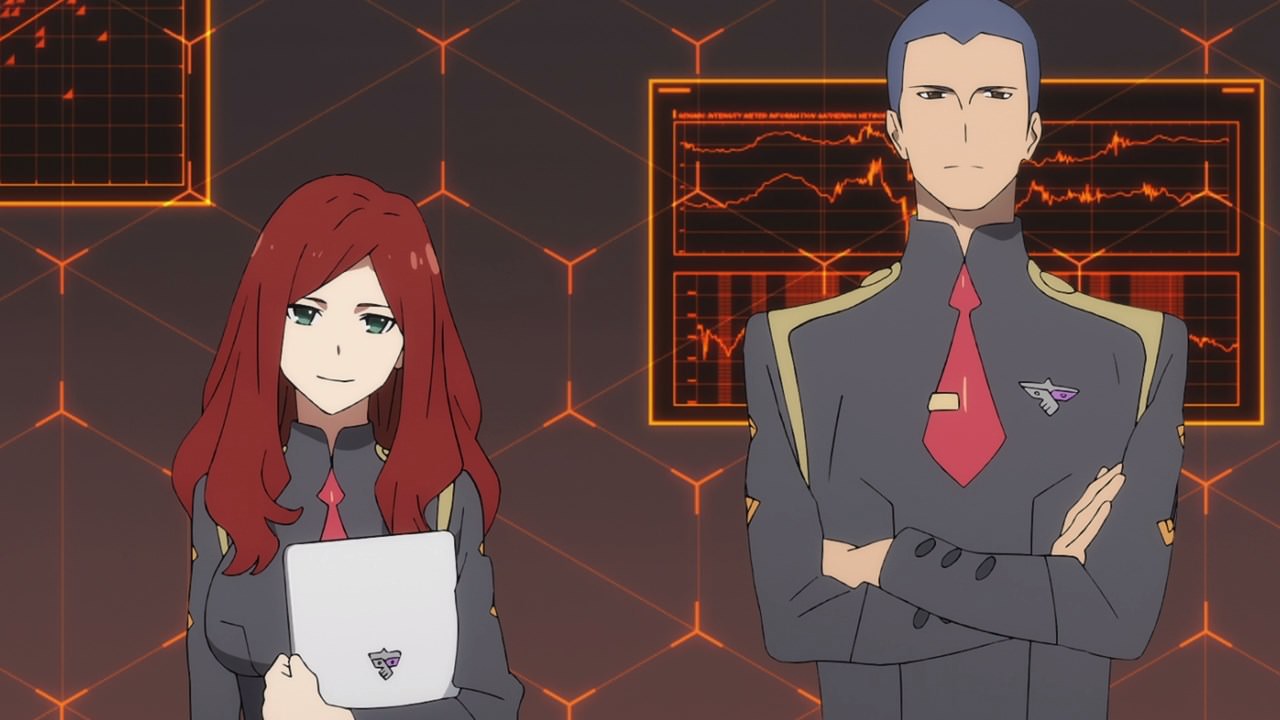 Meanwhile, here are the adults that’ll supervise the parasites as Nana and Hachi gave them a mission to destroy a Conrad-class klaxosaur who is not as large as the one who appeared on the first episode.

So yeah, these kids will take it easy and destroy the klaxosaur as if they’re playing a game. 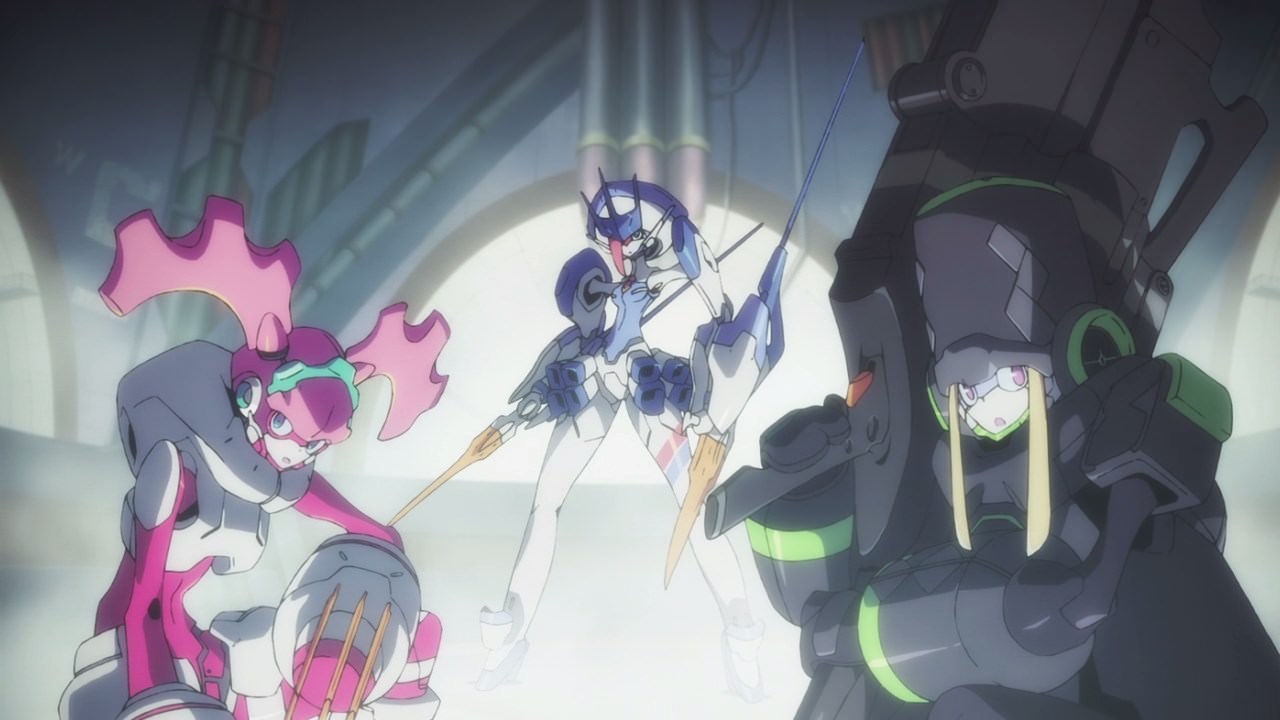 In any case, three FranXX are deployed to destroy the klaxosaur deep beneath the magma-producing factory. Oh yeah, what about the Chlorophytum since it supposed to be four? 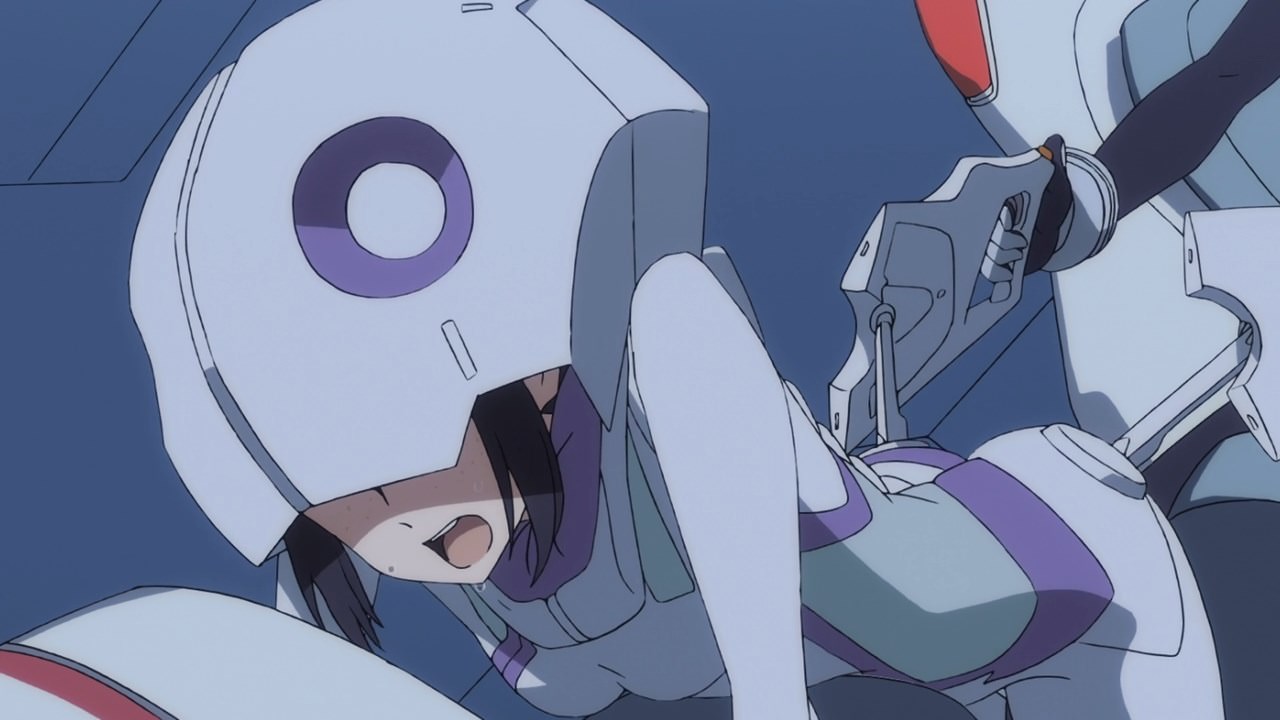 Well, Code:196 “Ikuno” is having a problem synchronizing with and Code:326 “Mitsuru” as if she’s not yet ready to ride with him. 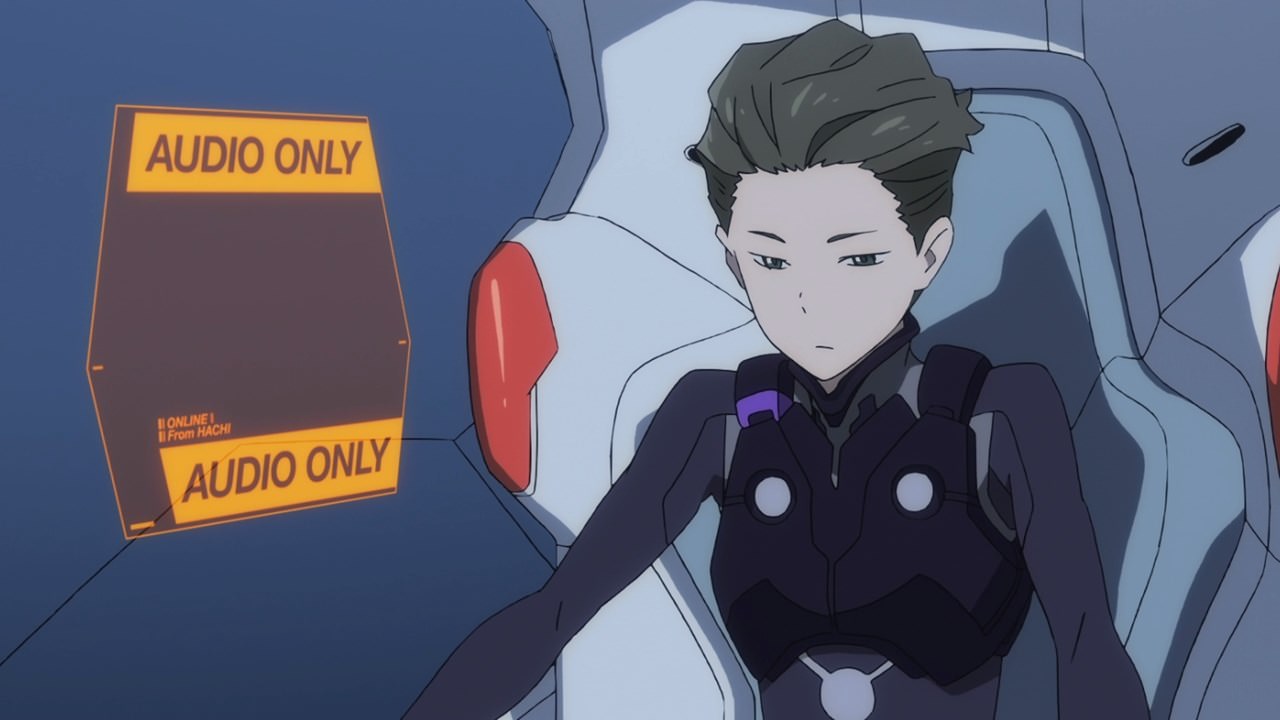 And as for Mitsuru, he has no choice but to sit this one out until Ikuno’s body is ready. Yeah, seems that they can’t have a night together for the time being… 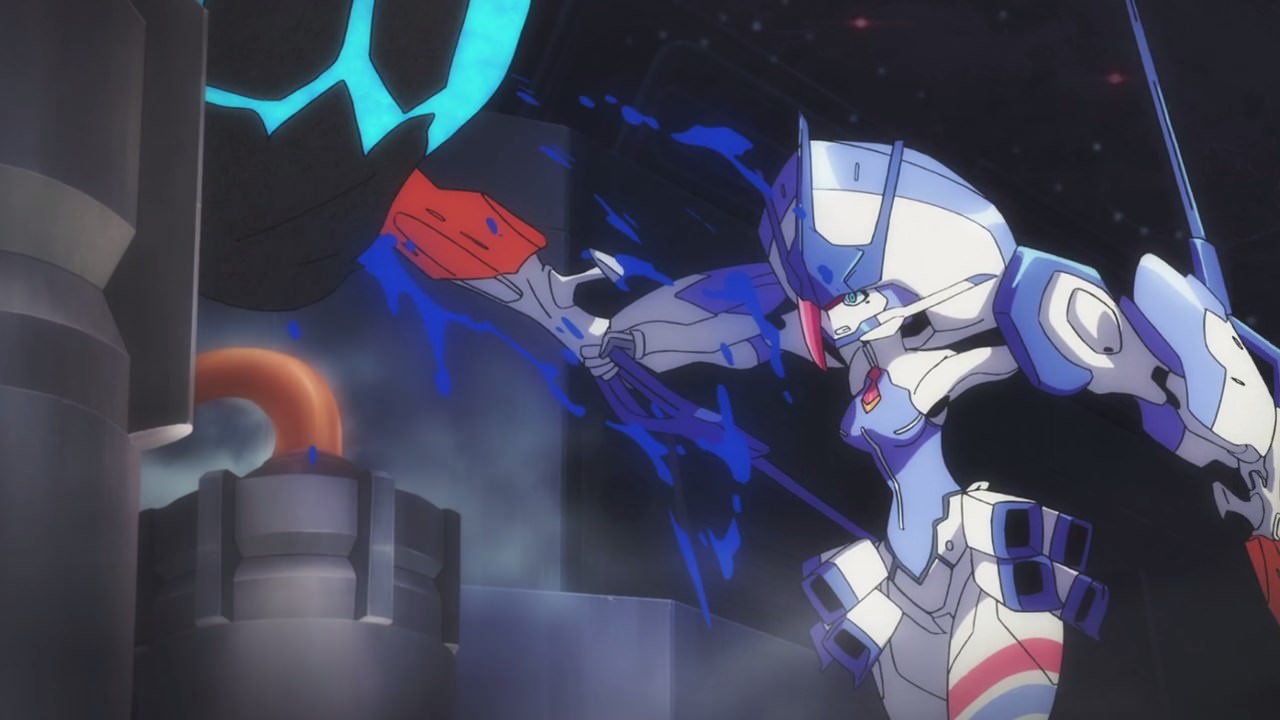 Now then, let’s go back to what’s important as the parasites are taking care of this Conrad-class klaxosaur. 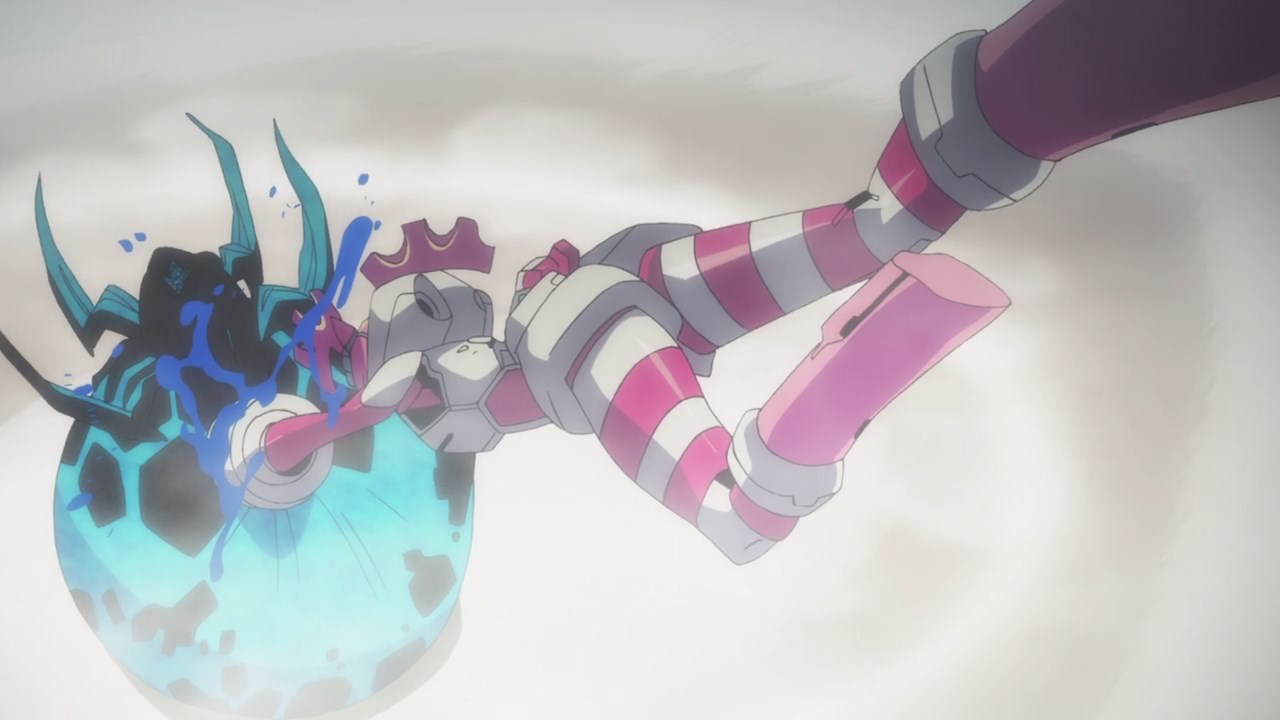 As you can see, Delphinium and the rest are destroying this klaxosaur without breaking a sweat. It’s mission accomplished, I guess! 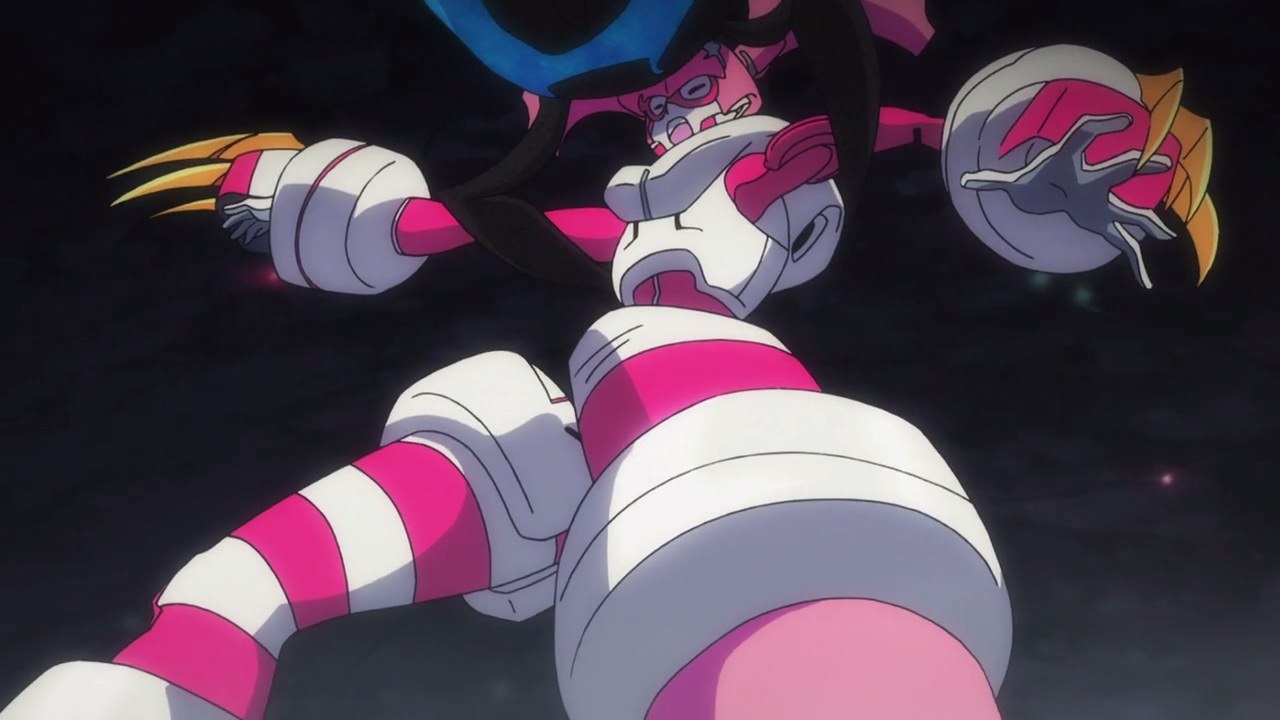 Unfortunately, seems that the Argentea lowered her guard and got attacked by a wounded klaxosaur. Man, I thought that this mission will be a piece of cake for them? 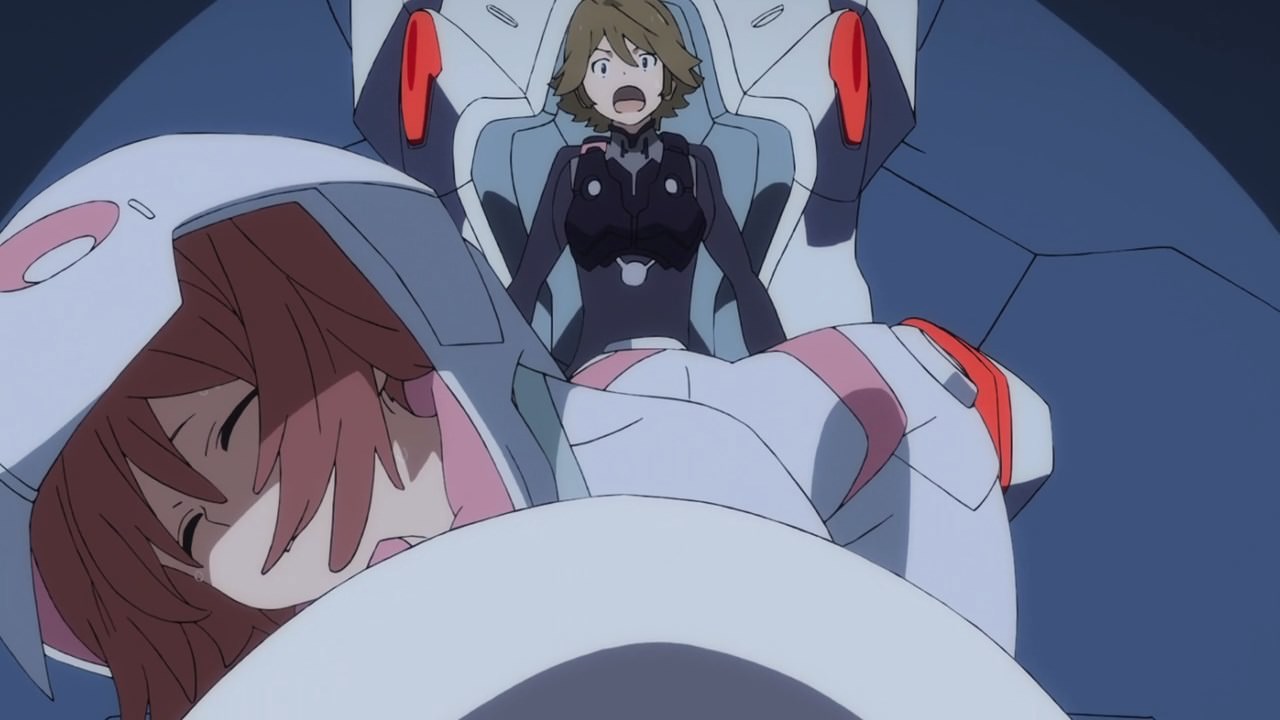 On the other hand, Code:360 “Miku” passed out that Code:666 “Zorome” is panicking. Seriously Zorome, you looked like a wuss even though you’re calling Hiro like that! 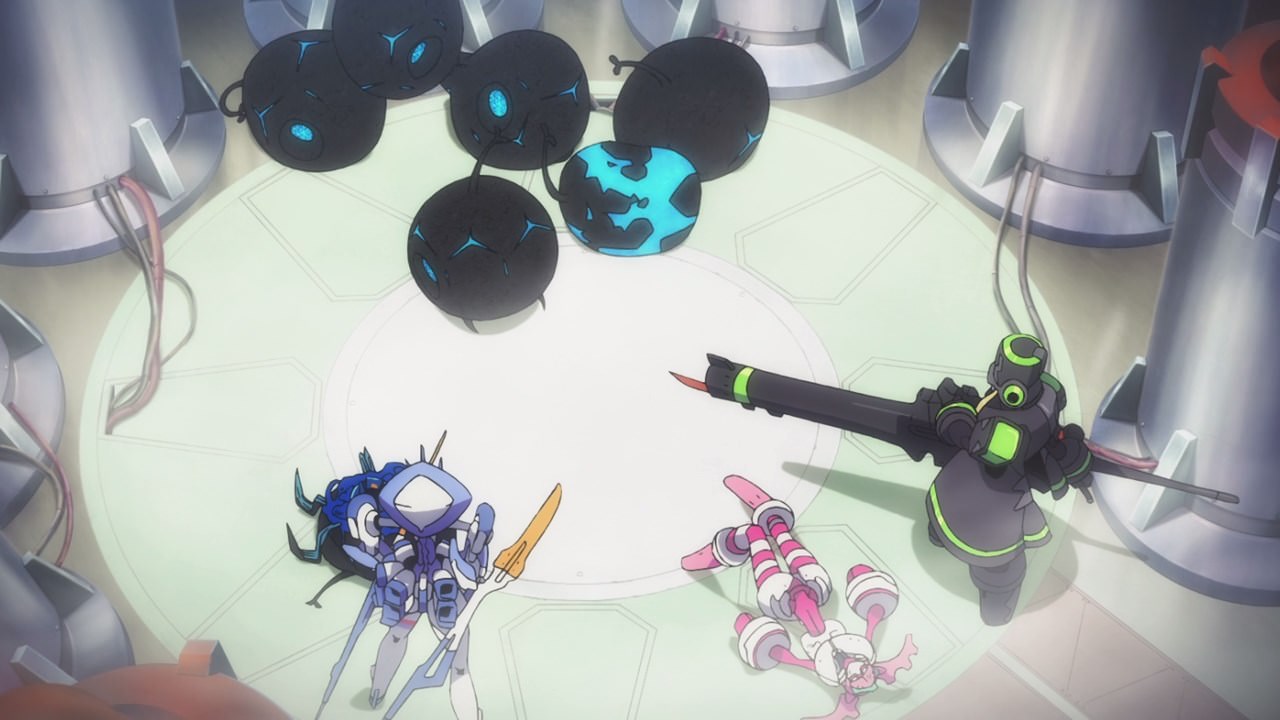 Oh, and to make matters worse, they have to fight more klaxosaur as they’re pretty much surrounded! So much for this easy mission… 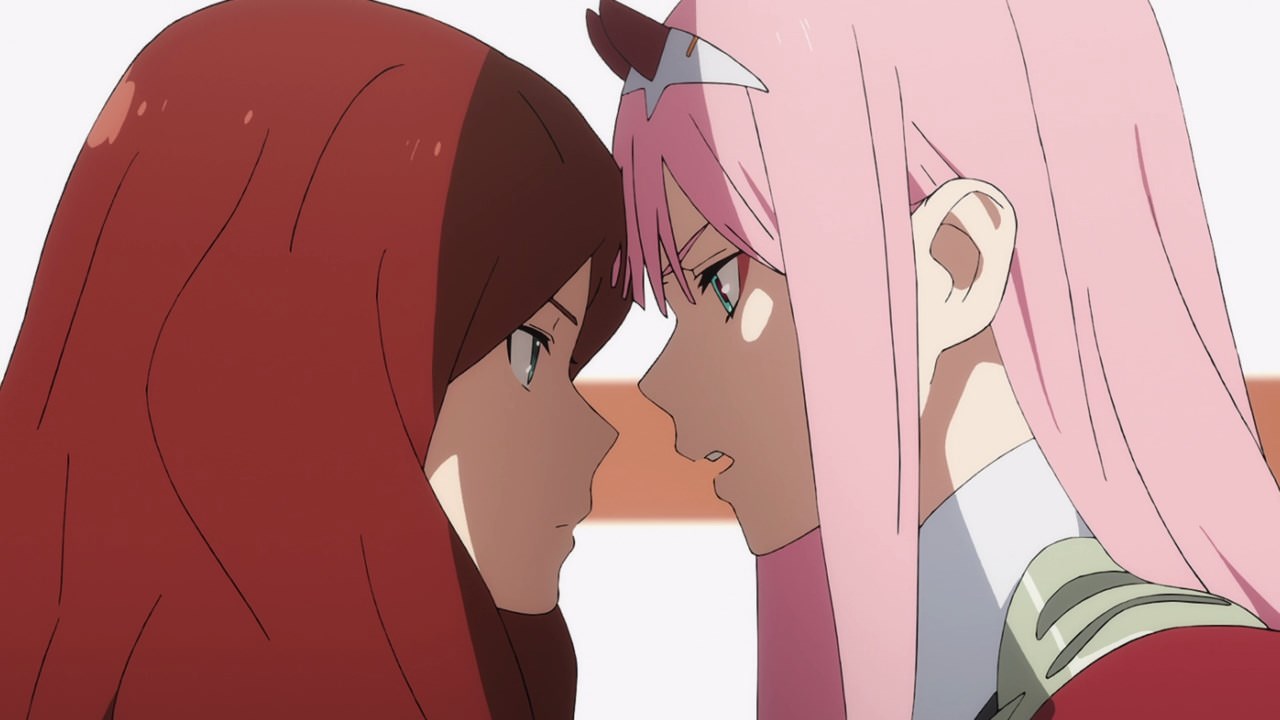 So, Zero-Two asked Nana to sortie with her Strelizia, but Nana says no because Zero-Two is not part of the team.

But who cares about that as the parasites might die if they leave them alone. Oh yeah, who’s gonna be Zero-Two’s partner? 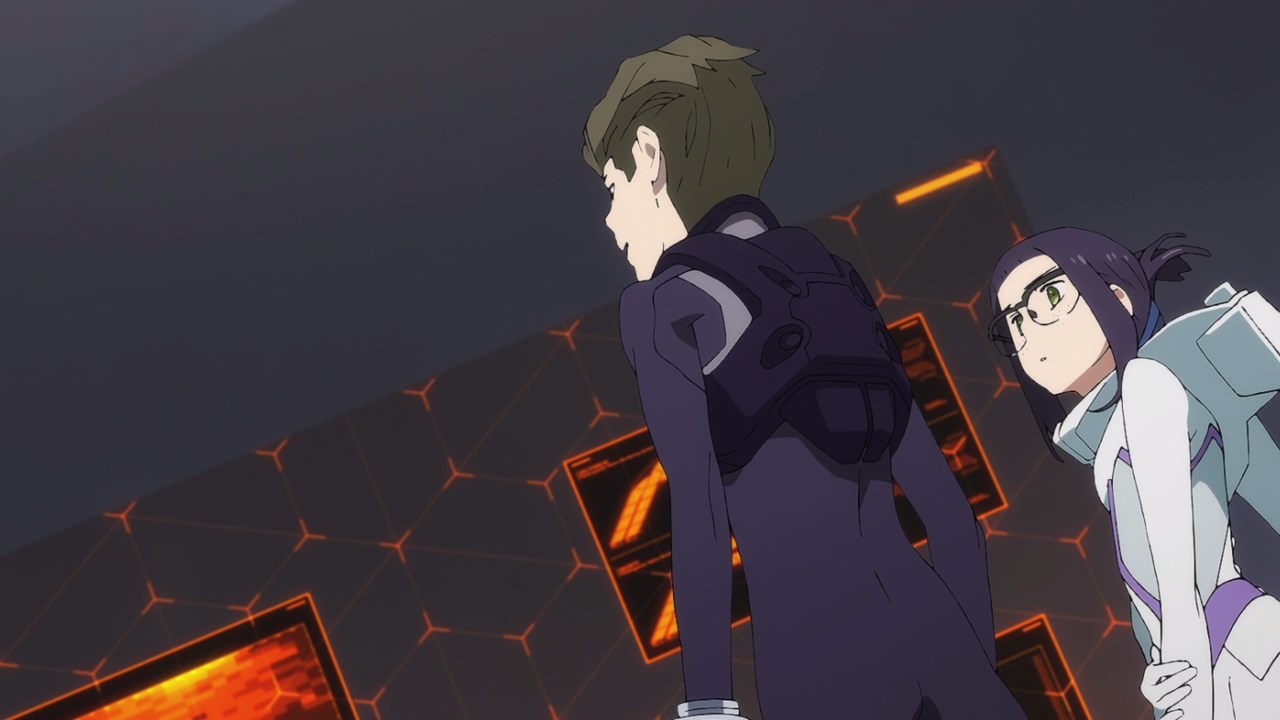 Oh, seems that Mitsuru will become Zero-Two’s partner. But wait, Zero-Two wants to pick her darling Hiro as her partner? 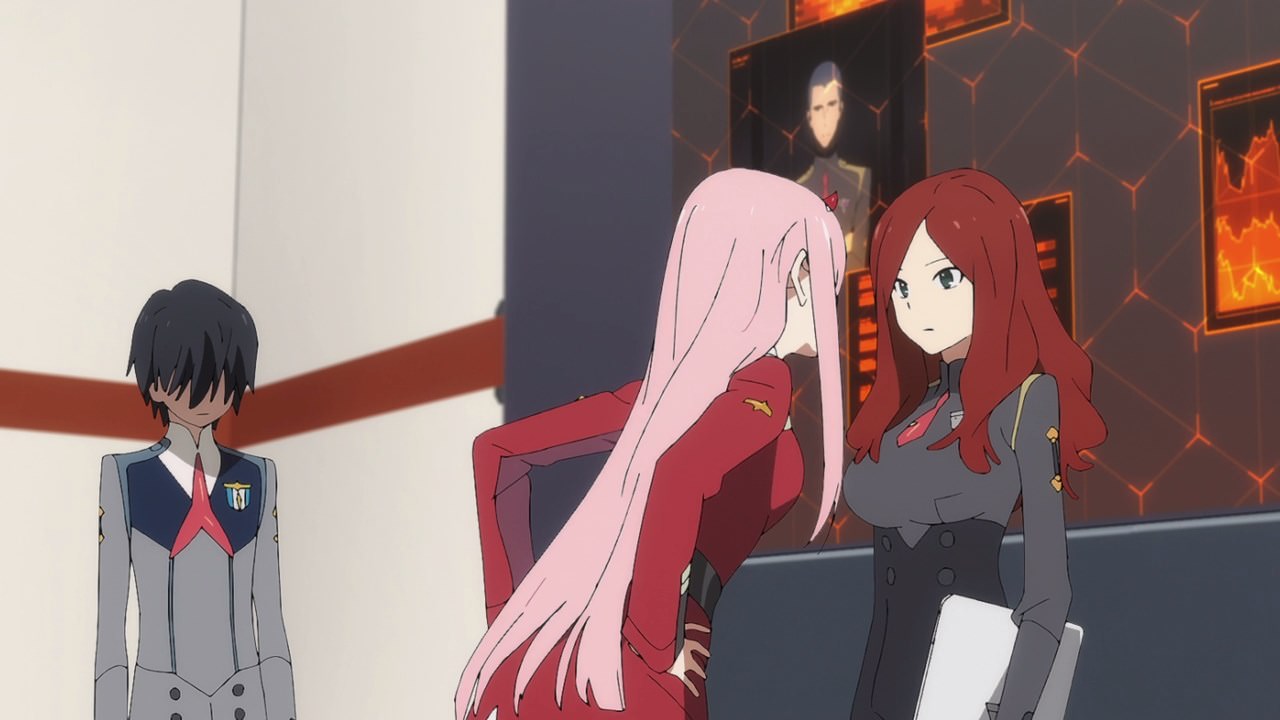 However, Hiro says that he’s fine if Mitsuru becomes Zero-Two’s partner. Really Hiro, you’re acting like a character straight from a netorare manga, it’s no wonder that everyone called you a wuss! 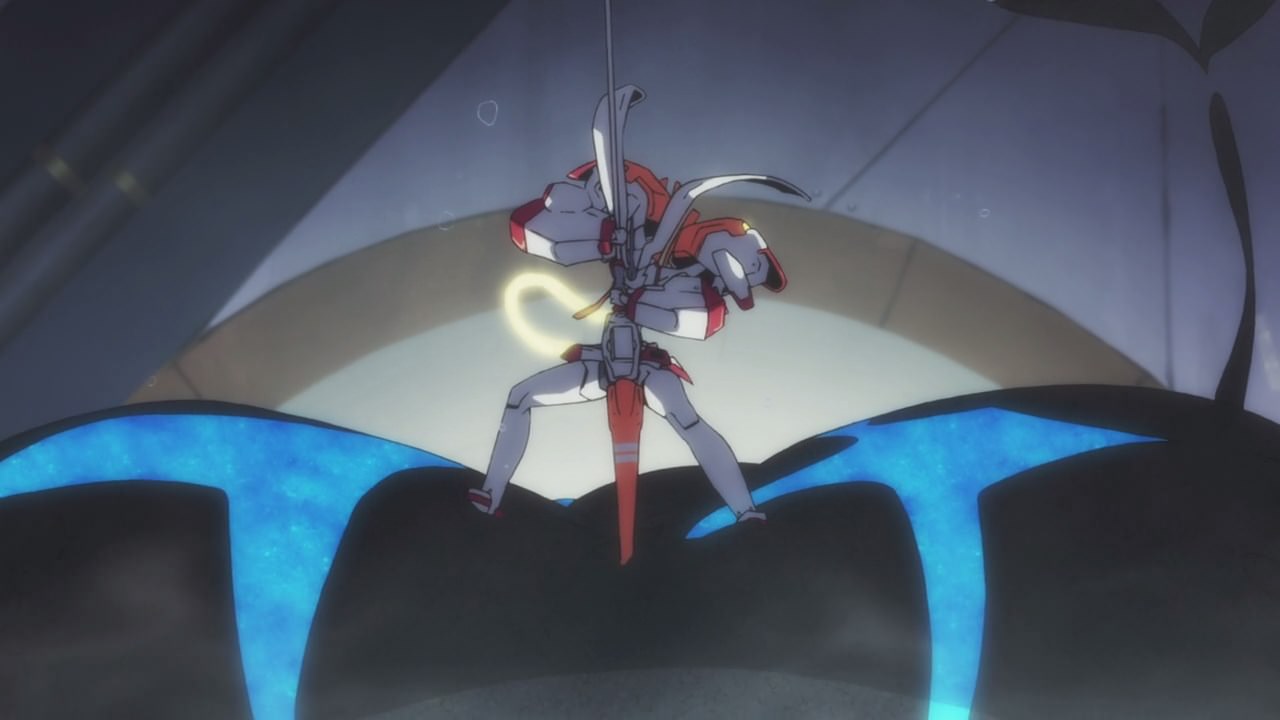 Anyways, Strelizia arrives at the scene as Mitsuru and Zero-Two are destroying the klaxosaur like a hot knife through butter. 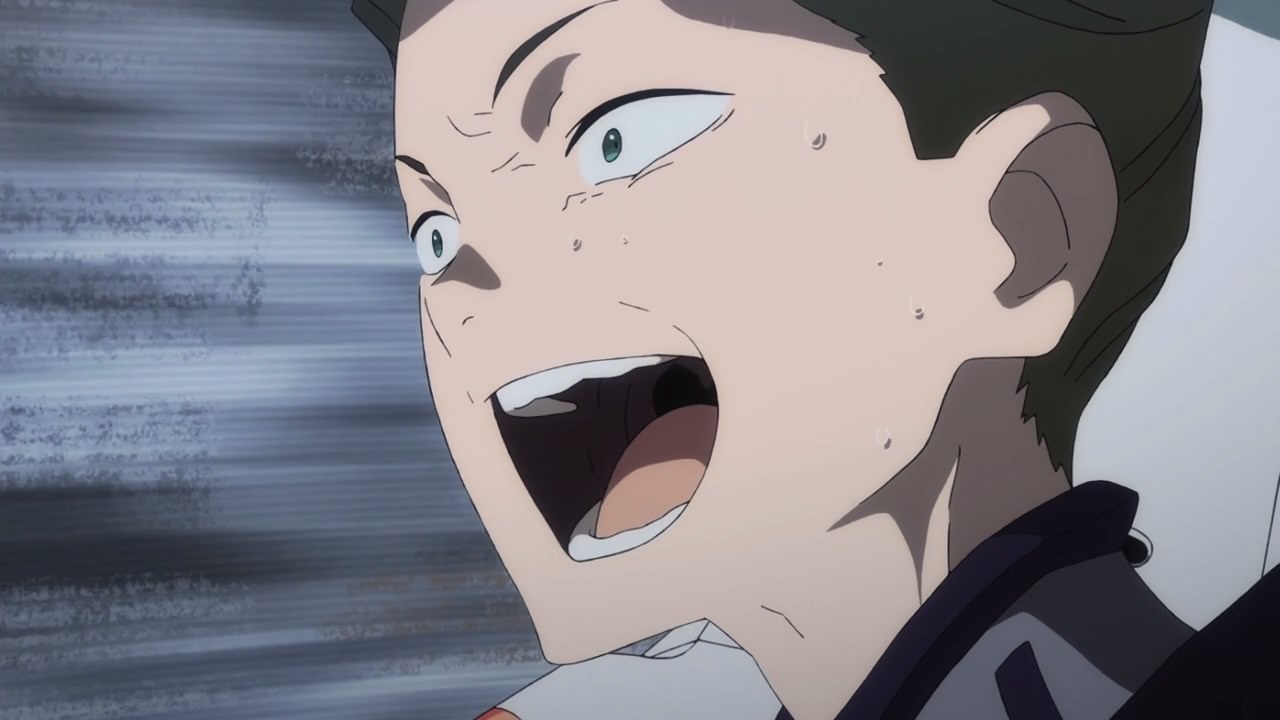 Speaking of Mitsuru, seems that he’s getting crazy that this parasite is piloting the Strelizia as if he’s perfect with Zero-Two, proving to Hiro that he’s better than him!

Then again, Mitsuru might even lose consciousness as let’s not forget that Zero-Two let one or two FranXX pilots die after their sortie with her. So yeah, I’m worried about Mitsuru. 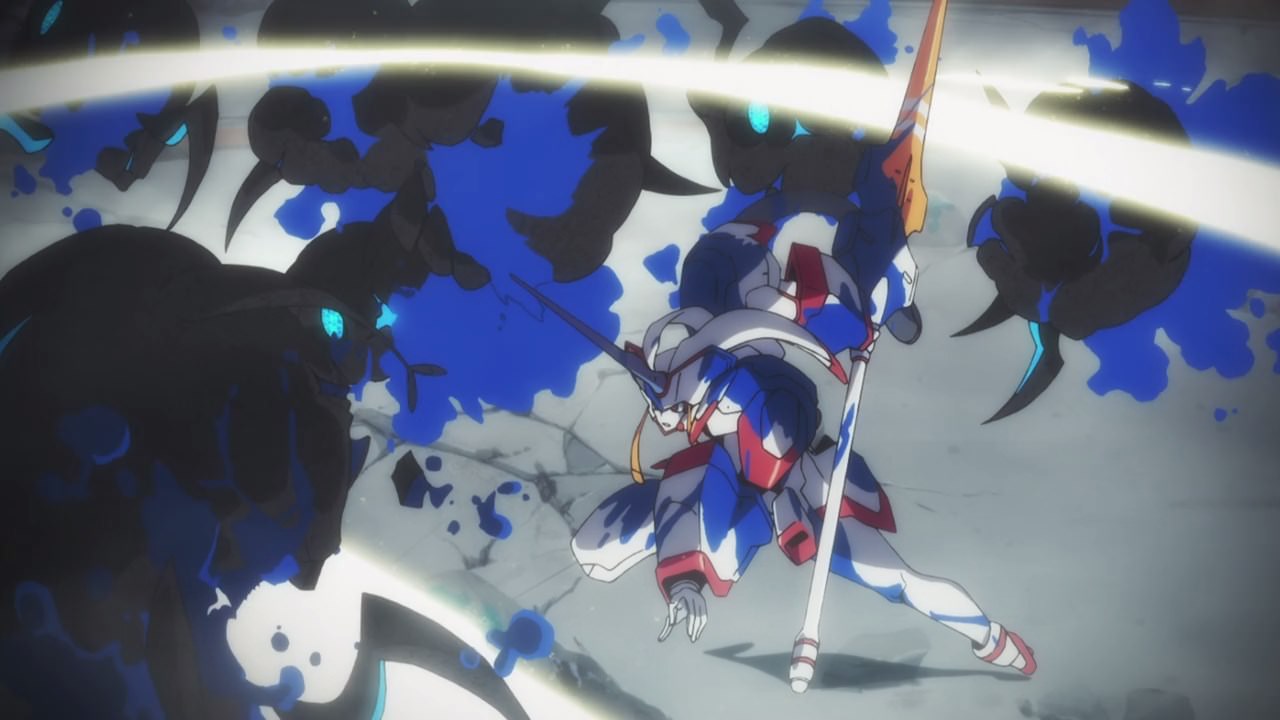 In any case, Strelizia continues to pummel the klaxosaur into submission. Thanks to Mitsuru and Zero-Two, all of the parasites are saved… 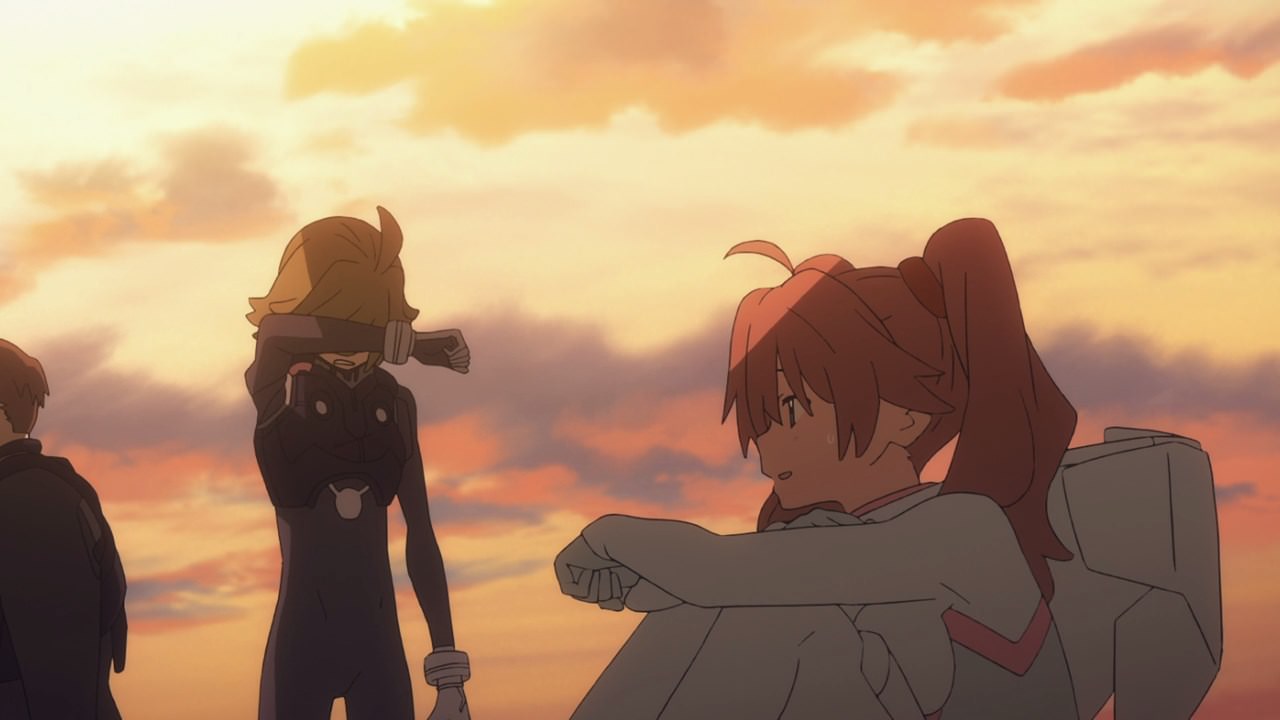 …including Code:360 “Miku” as Code:666 “Zorome” is crying that his partner is alive. Oh Zorome, you’re such a crybaby! 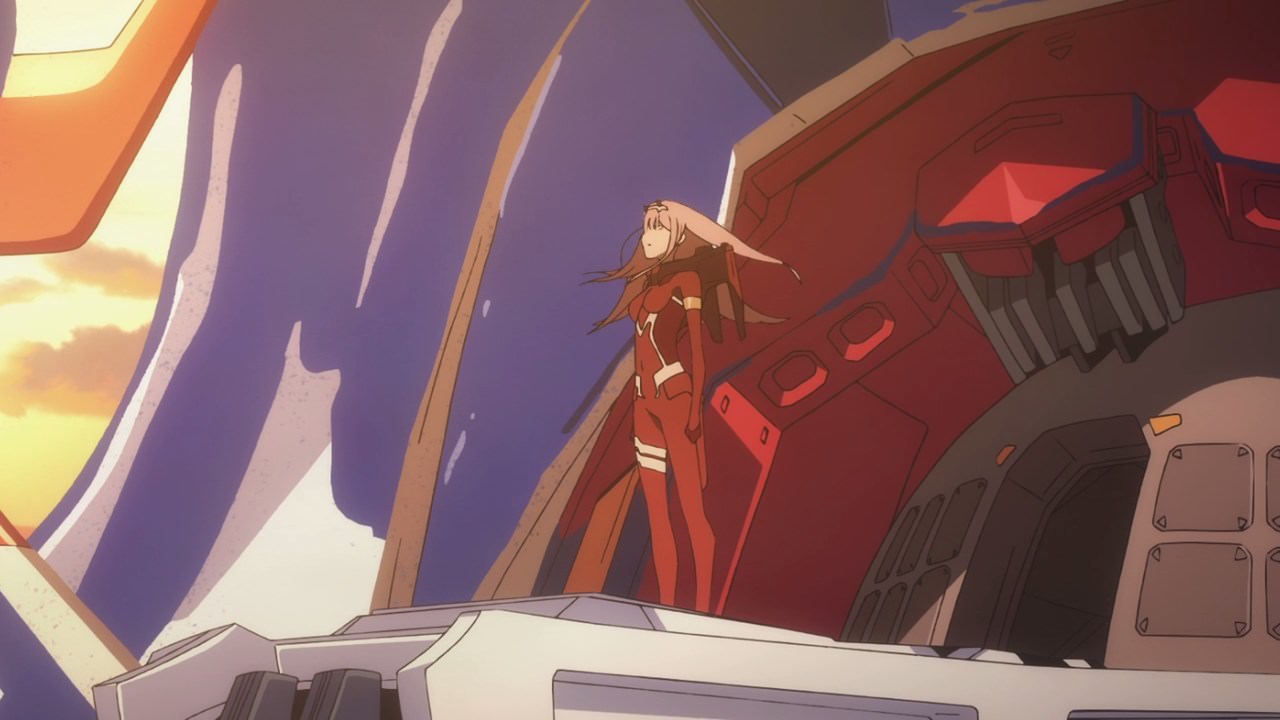 Meanwhile, here’s Zero-Two as she returned to the surface unscathed. But wait, what about her partner Mitsuru? 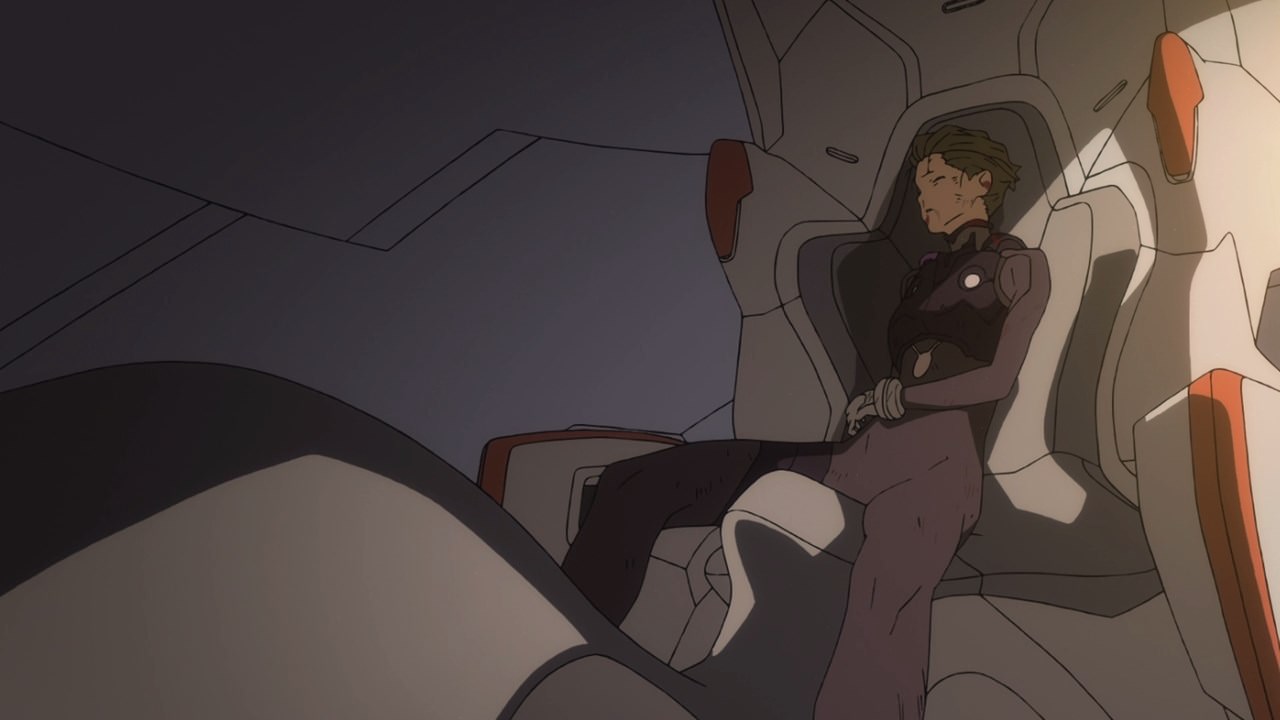 Oh shit, seems that Mitsuru passed out after piloting the Strelizia with Zero-Two for a long time. Heck, Mitsuru might die due to Zero-Two’s immerse power flowing within his body. It’s no wonder why Zero-Two is infamous for letting her partners die after two or three sorties with her.

At this point, Code:326 “Mitsuru” is in critical condition and the higher-ups might find a replacement for Code:196 “Ikuno” if he dies. In any case, Hiro is the perfect partner for Zero-Two but they’re not convince if he’s worthy since he passed out after piloting the Strelizia.

But that’s about it for this week’s episode and things are not looking good for the parasites… except for Zero-Two.