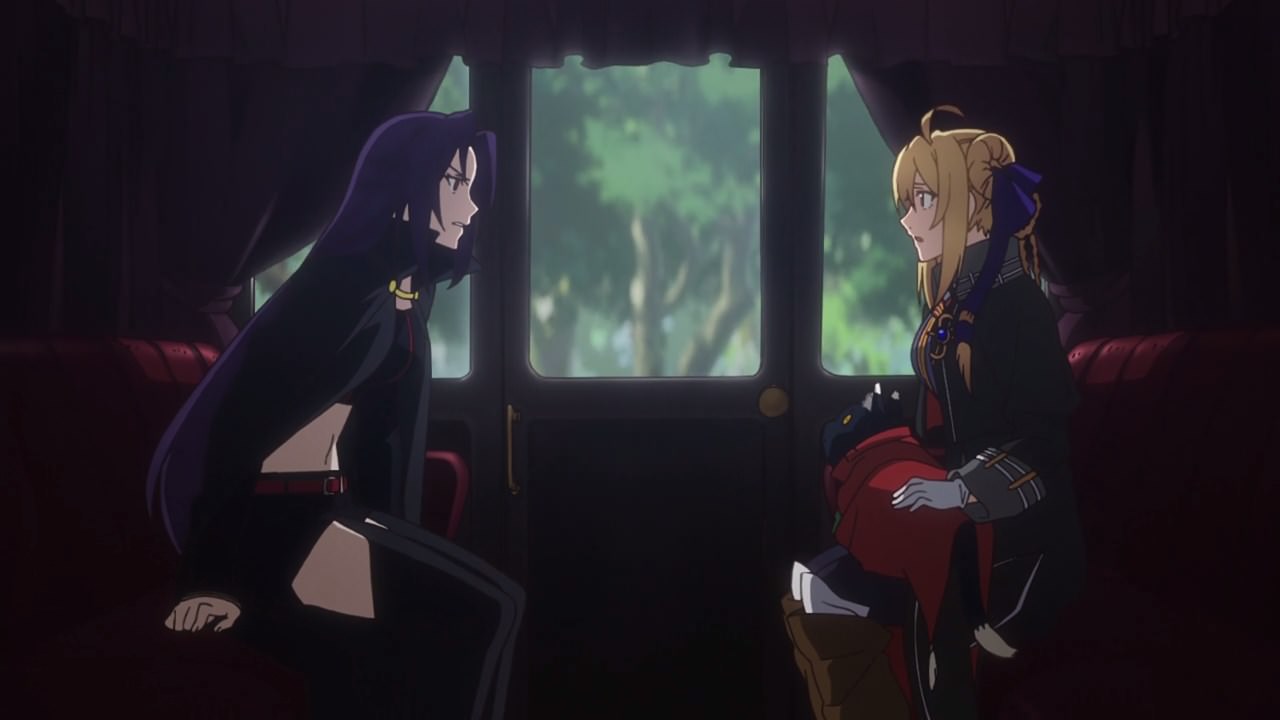 So with the negotiations failed, Siluca Meletes tried to ask for assistance from the Earl of Altirk, Unfortunately, that also failed in which Aishela is very pissed. Looks like Lord Theo and his allies are put into a corner. 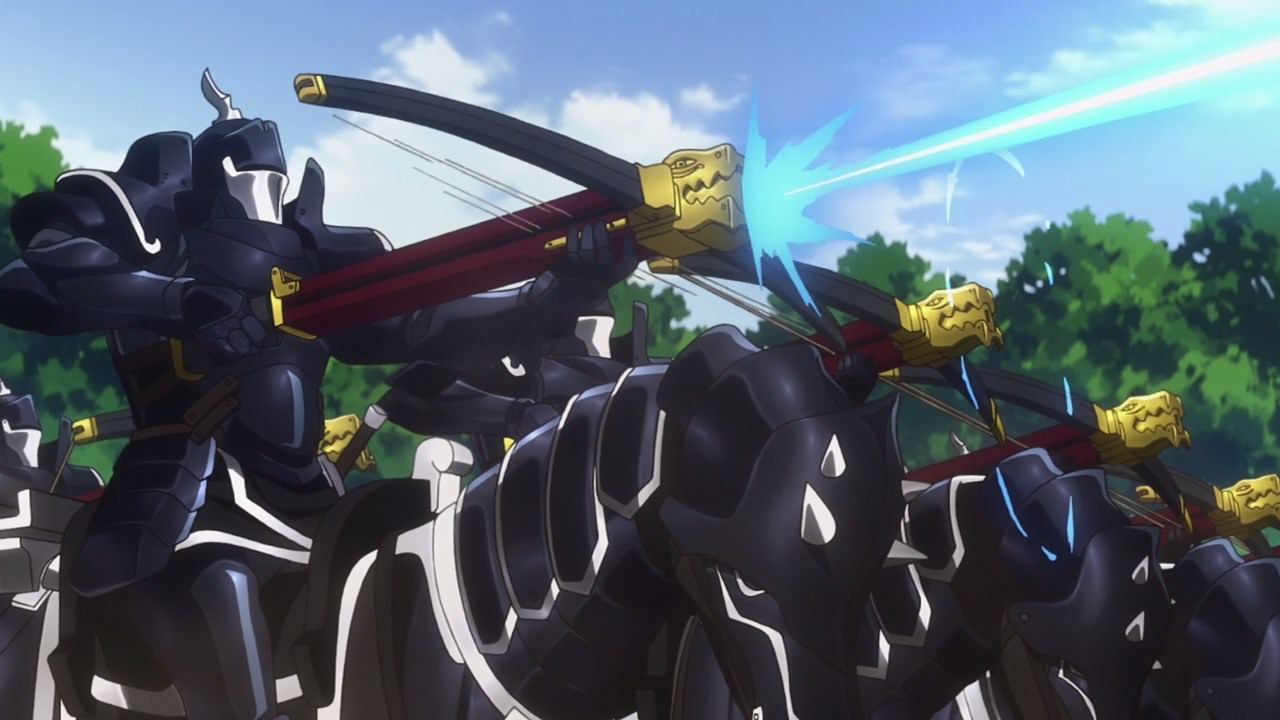 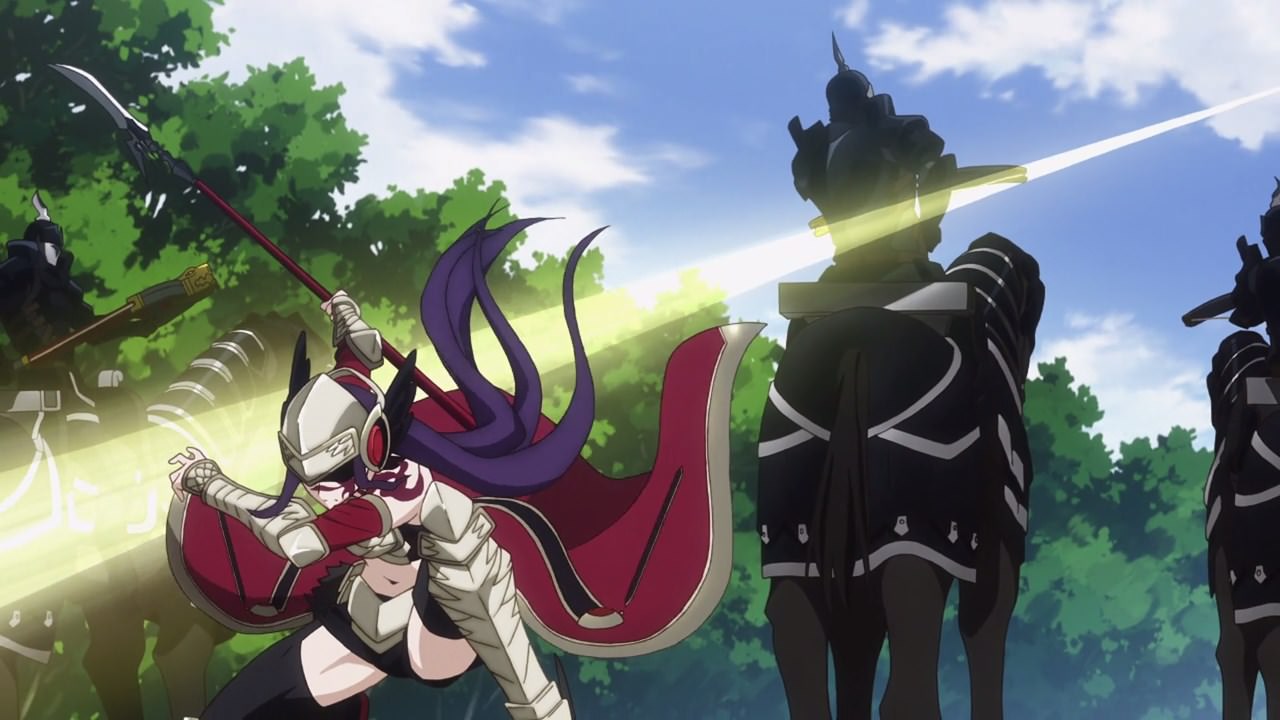 However, the Valdrind Knights must face Aishela first as she’s slaying them left and right. Well, at least Lord Theo has some capable allies to defend his fort! 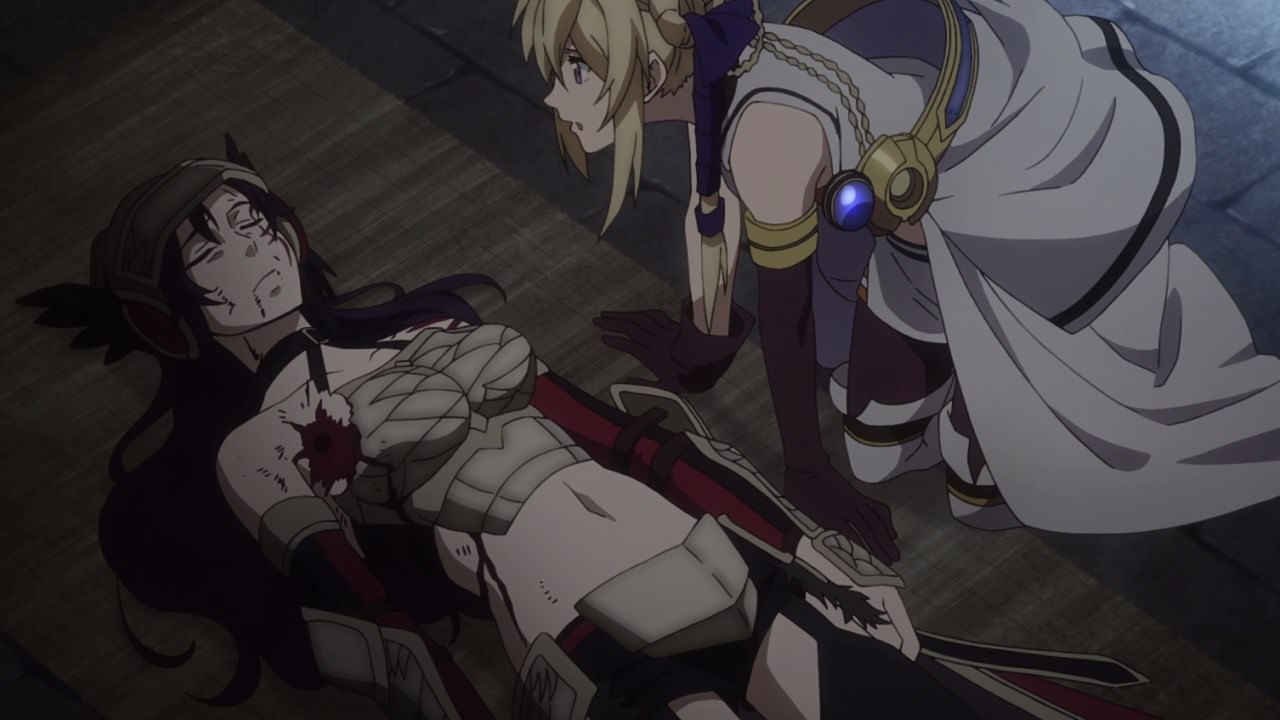 Unfortunately, Aishela got hit by an arbalest bolt on her right shoulder and she’s gonna die soon. 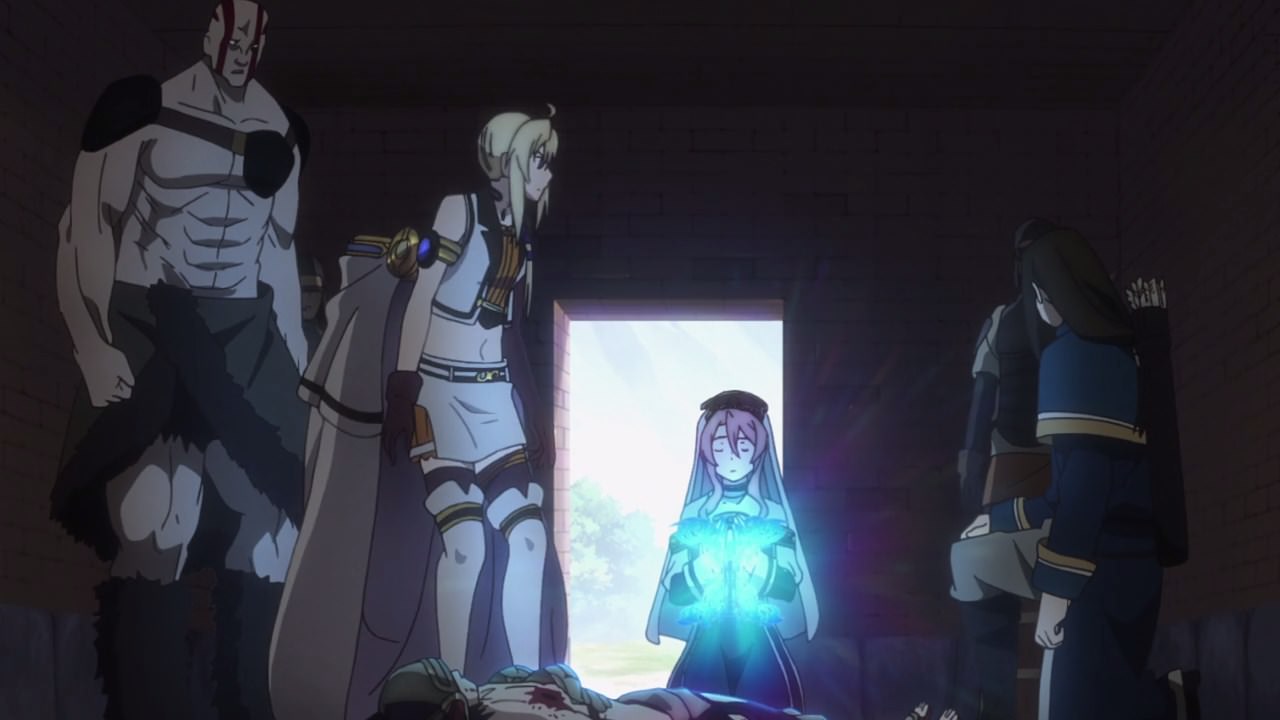 Luckily, Priscilla Farnese is here to heal Aishela’s wounds. It’s sucks that Aishela is out of commission but at least Priscilla will let her live to fight for another day. 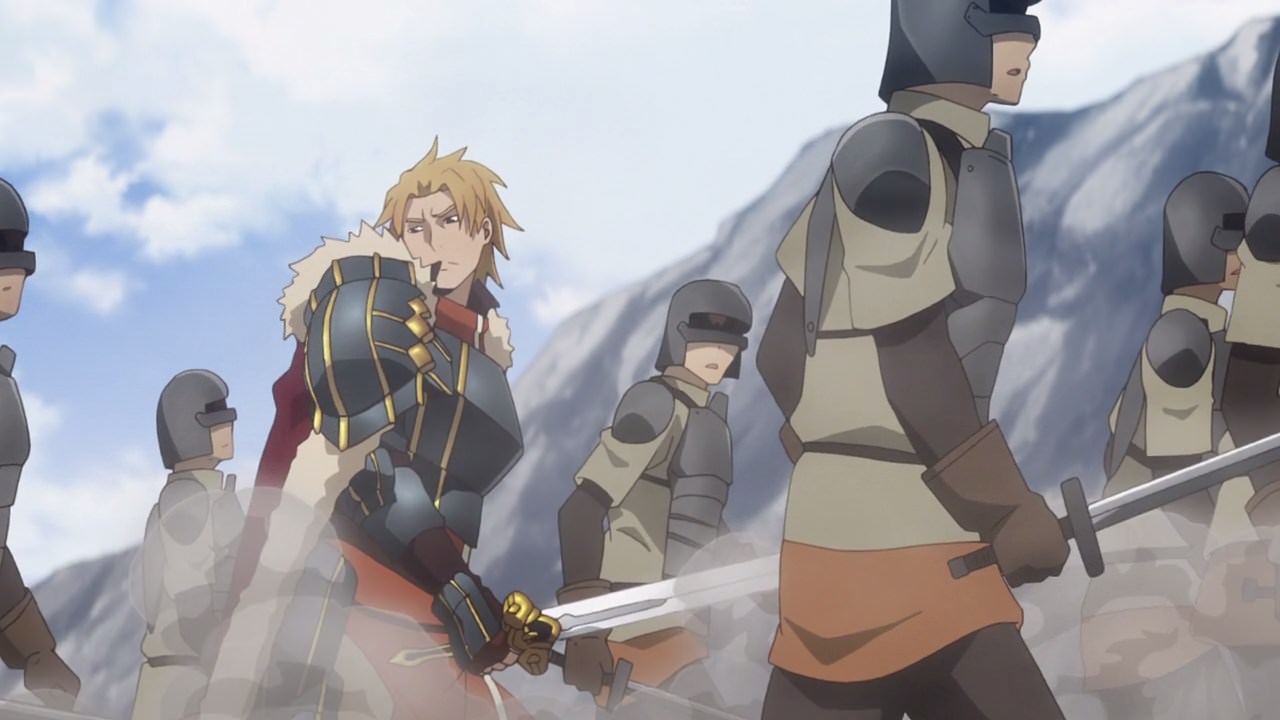 Meanwhile, here’s Lassic David as he and his men makes their retreat… 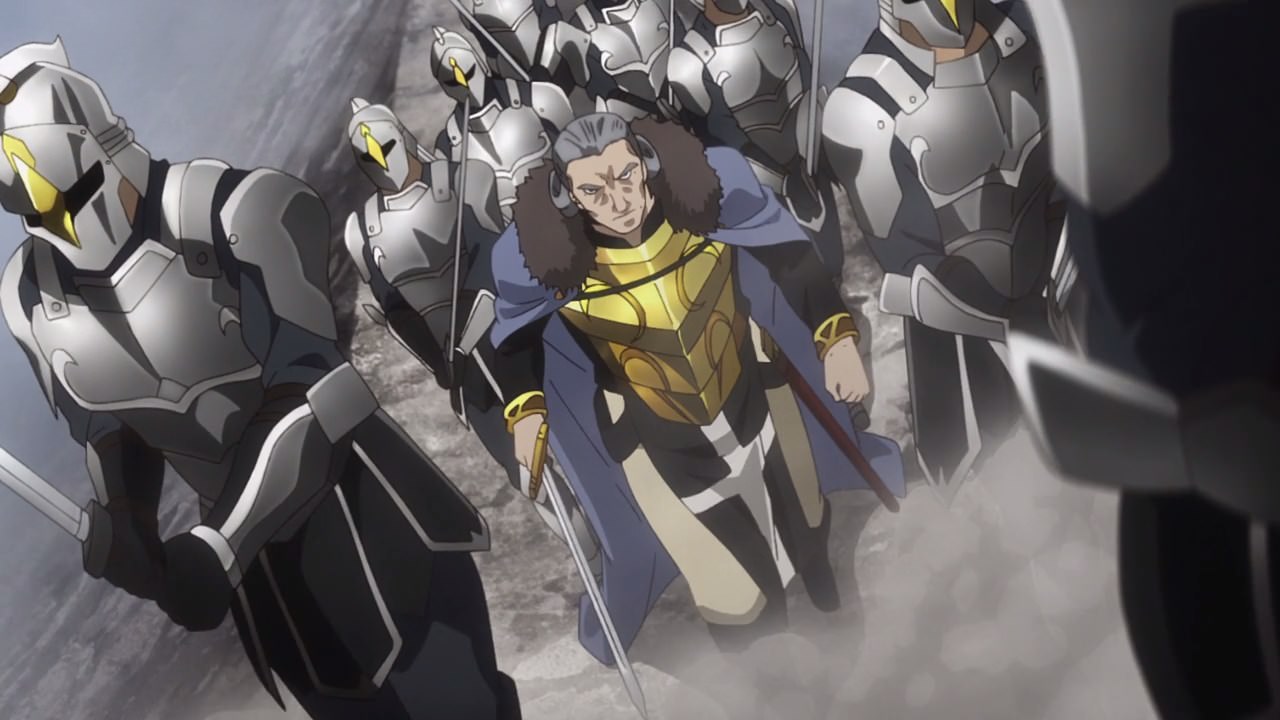 …against the Exiled King of Sievis as he returned to enact vengeance against his loss from last week’s episode.

Yeah, he cannot forgive that humiliating defeat so he asked Margrave Marrine Kreische and Mage Leader Aubeste Meletes for help. 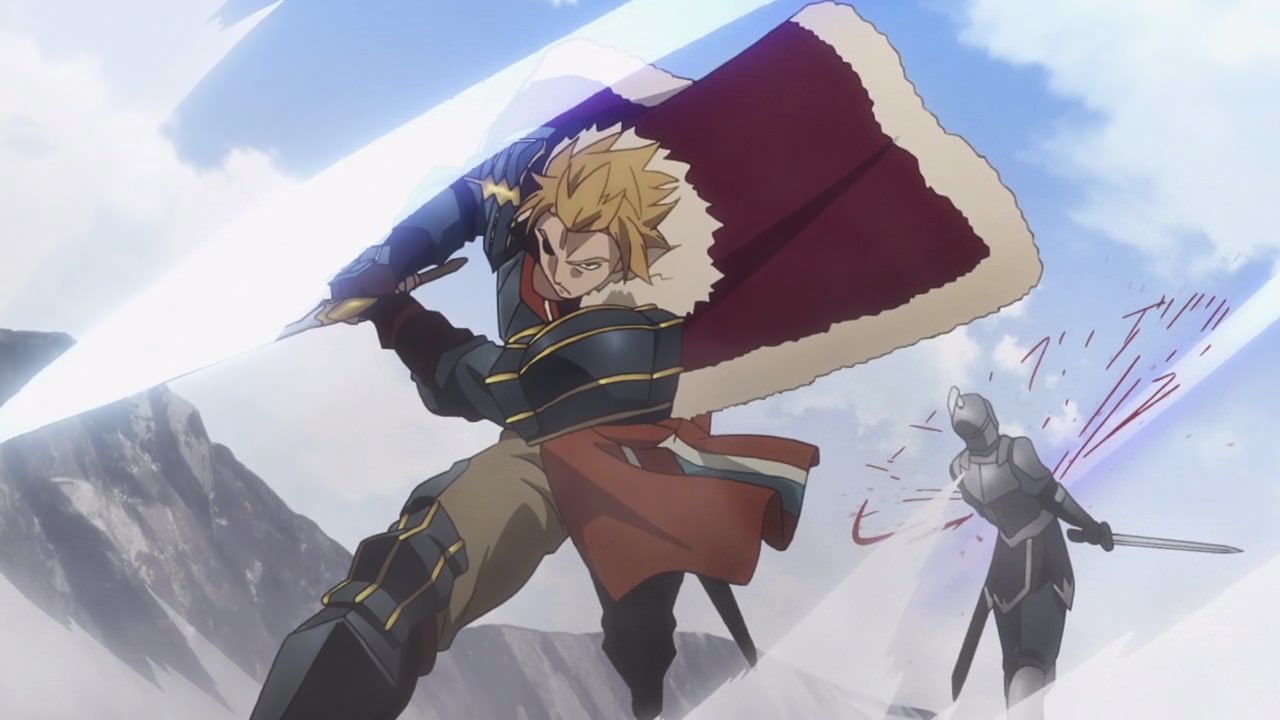 However, it appears that Lassic David has decided to cancel his retreat plans as he takes the King of Sievis on a one-on-one duel.

Not only that, but fighting at a narrow path is perfect for Lord Lassic as he doesn’t need to defend himself from other cannon fodder soldiers when fighting on a wide area. 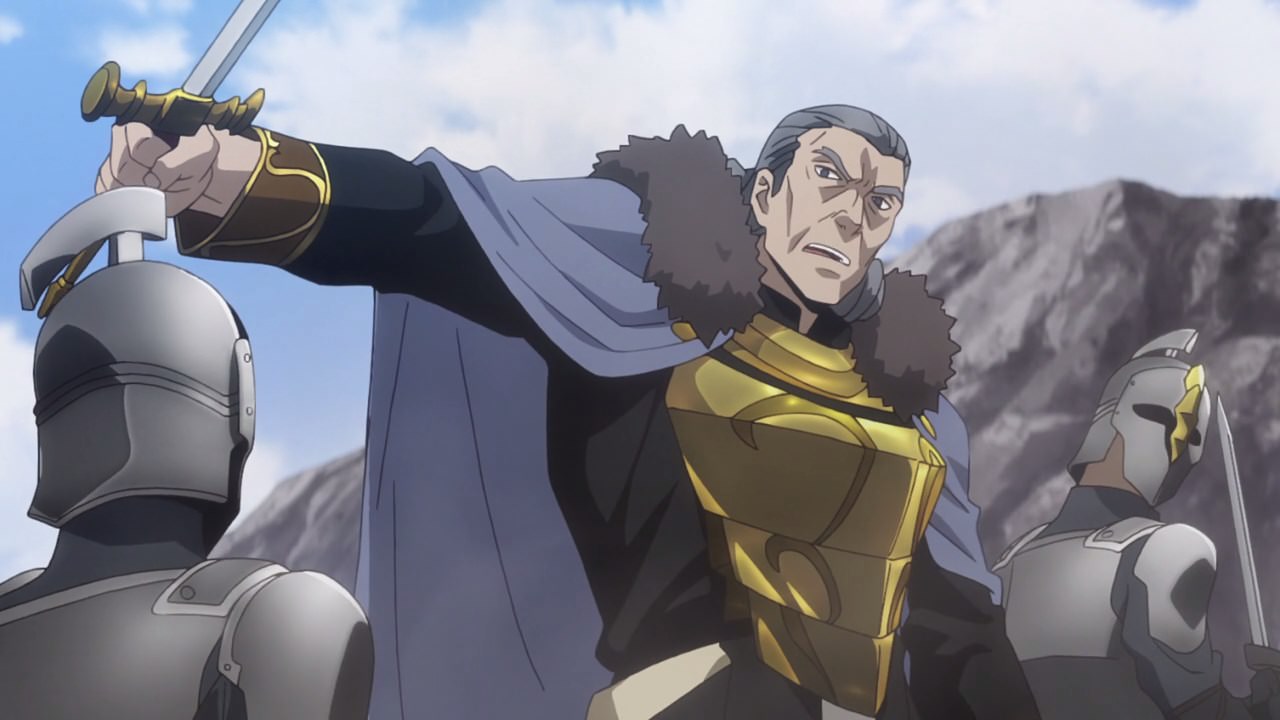 As for the King of Sievis, looks like he’s ready to fight against Lassic David as he get another sword because wielding both sword is cool! 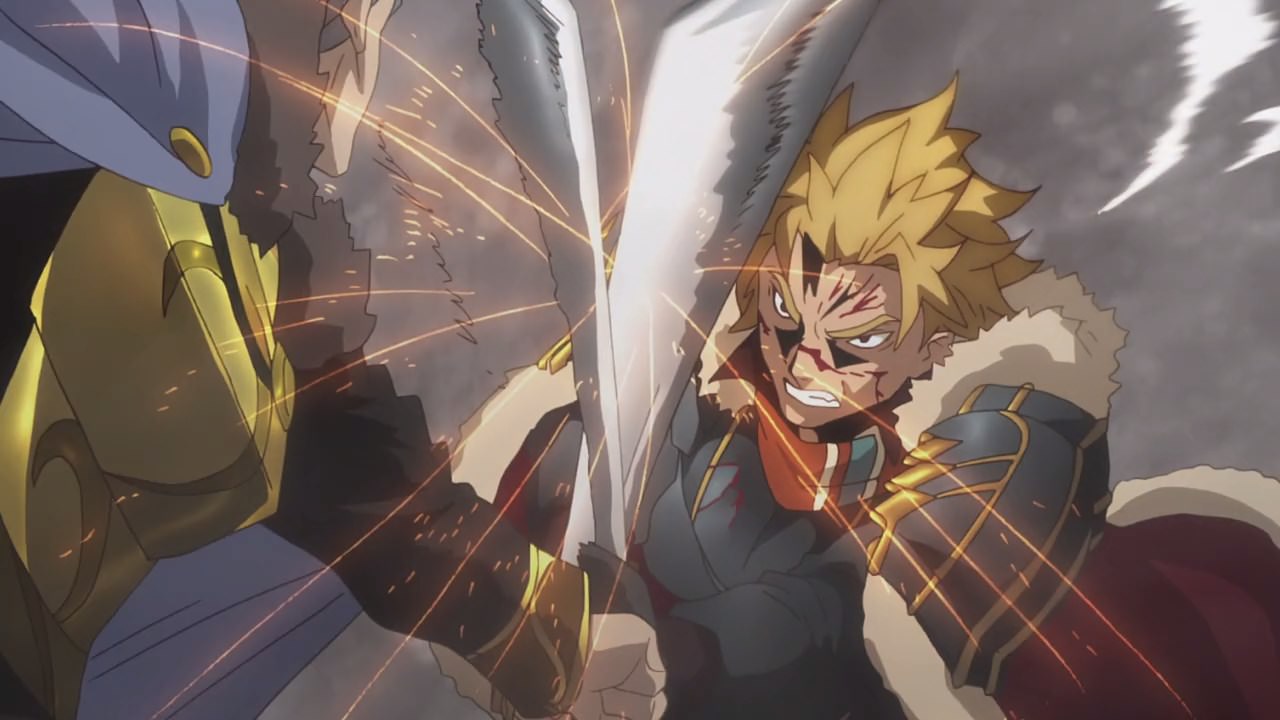 Then again, wielding both swords doesn’t make you a badass as the King of Sievis is being pushed back by Lassic David.

Well, Lassic has phenomenal swordsmanship that he can defeat a warrior in a minute or half of it! 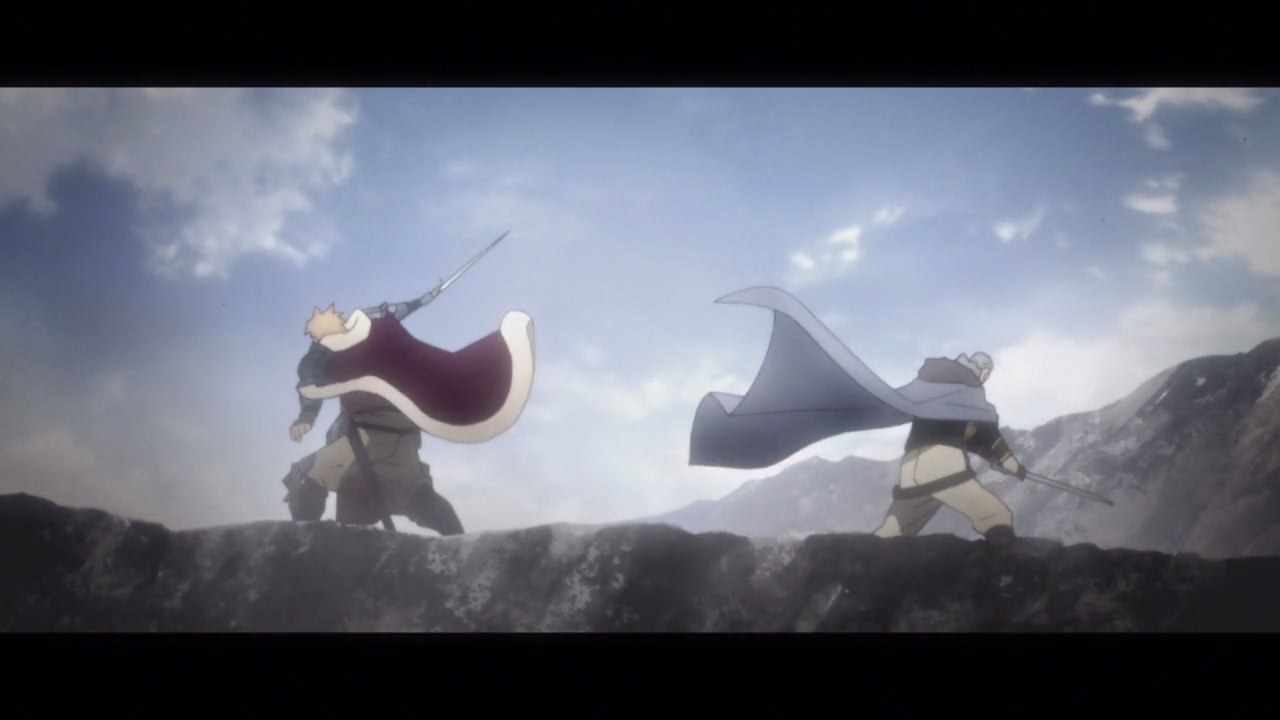 Eventually, the duel between the King of Sievis and Lassic David has ended in a cinematic finish, but who came on top though? 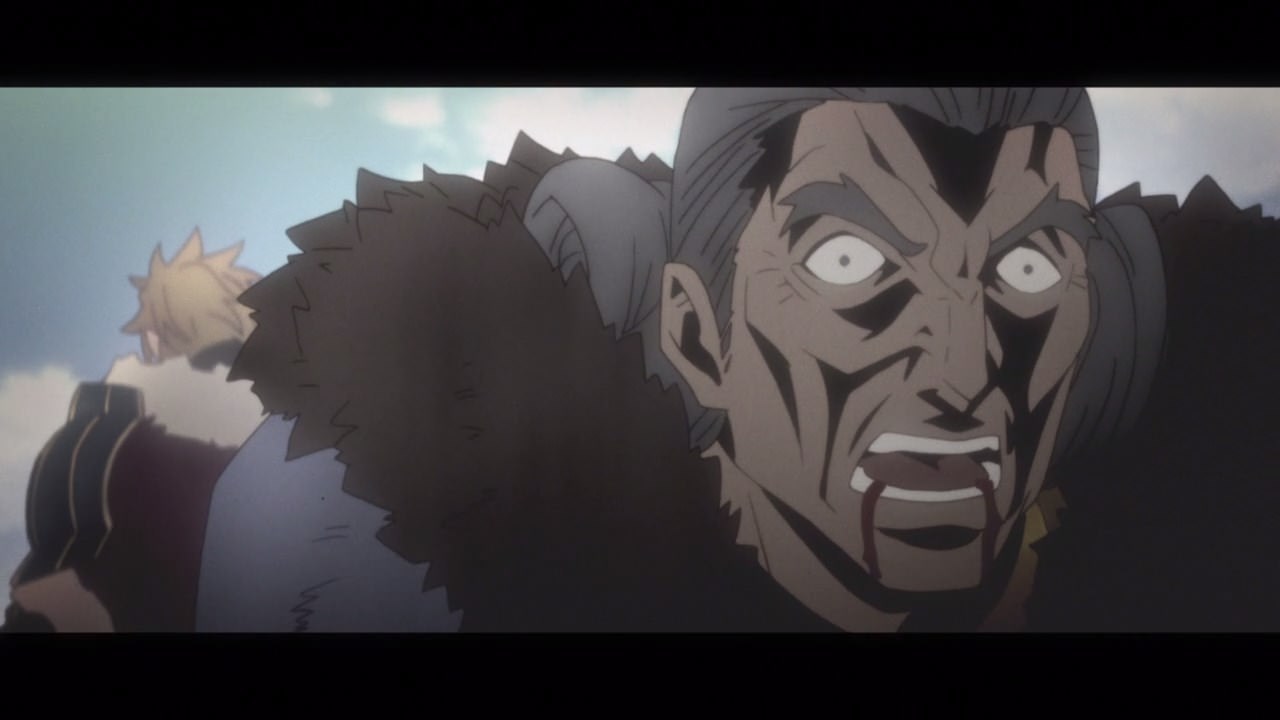 Well, let’s just say that the King of Sievis has met its end as he was fatally wounded by Lassic David… 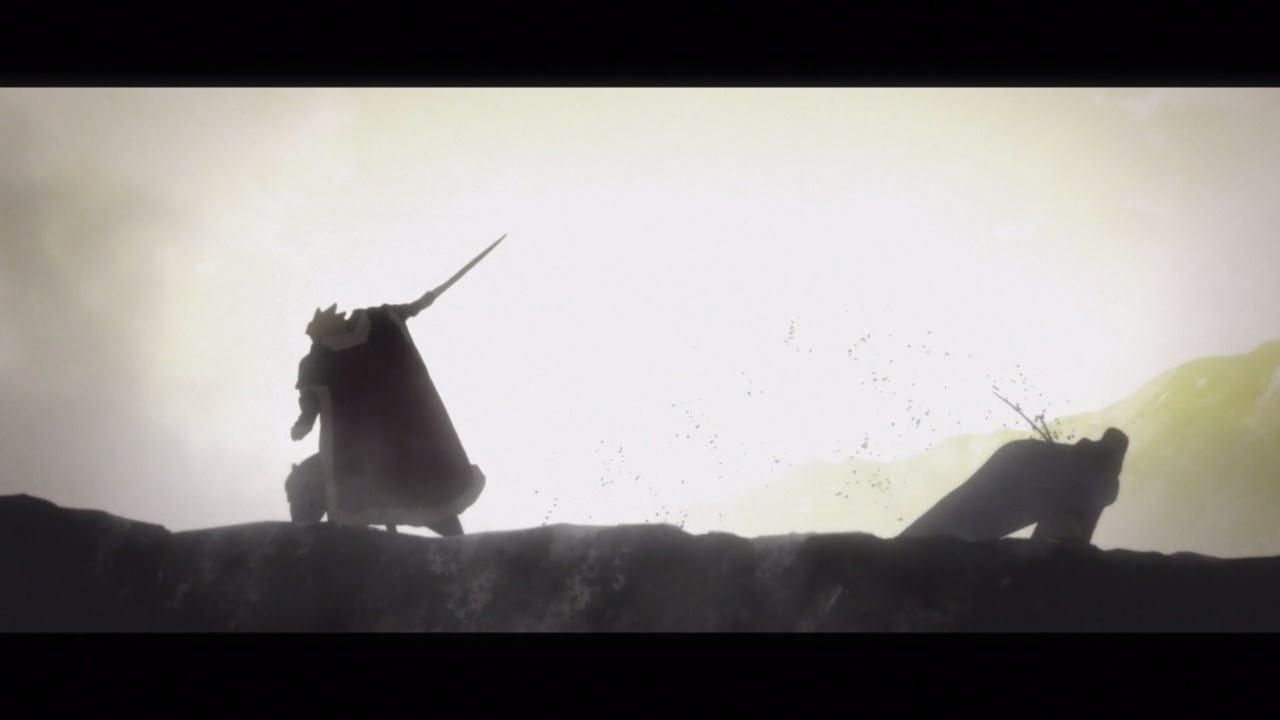 …until he fell down into the ground. Well, I have to say that fighting Lassic with two swords is a bad idea.

But hey, it’s nice that A-1 Pictures is making this scene awesome by putting some cinematic touches. 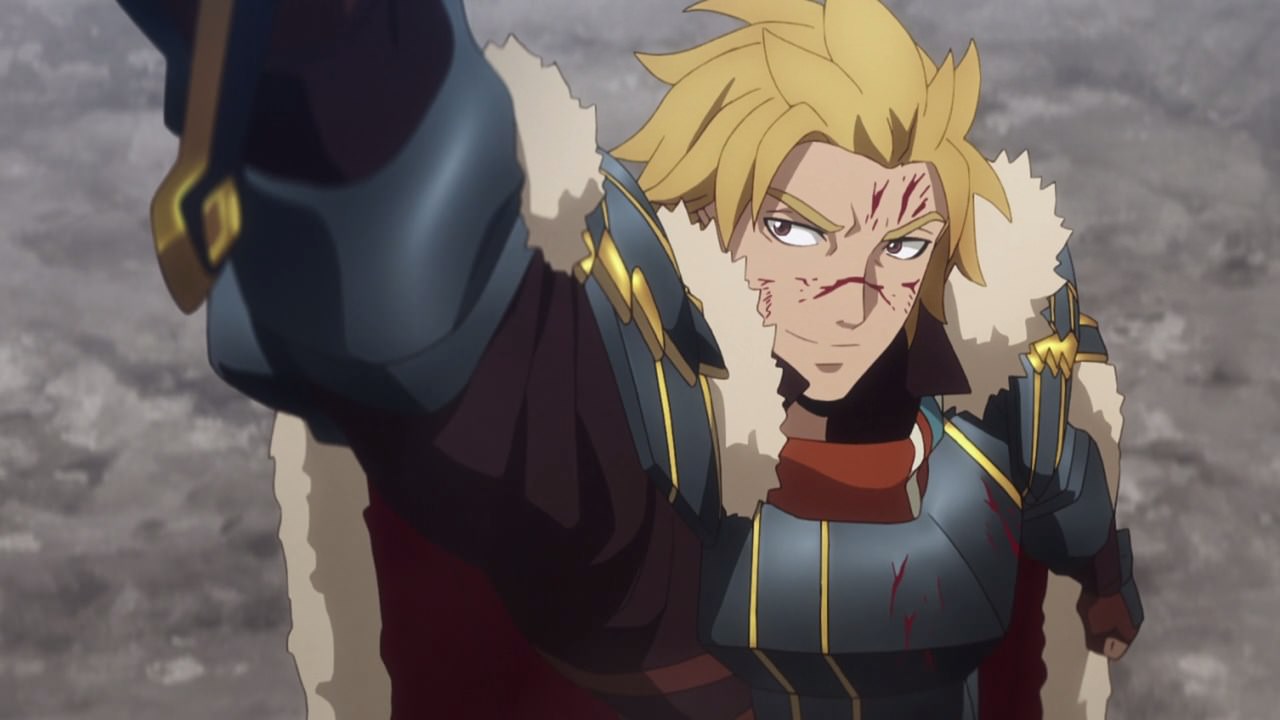 In any case, the King of Sievis has been slain as Lassic David raised his sword to signify his victory.

So while the battle has ended in Lord Theo Cornaro’s favor, another one will be coming to destroy him. 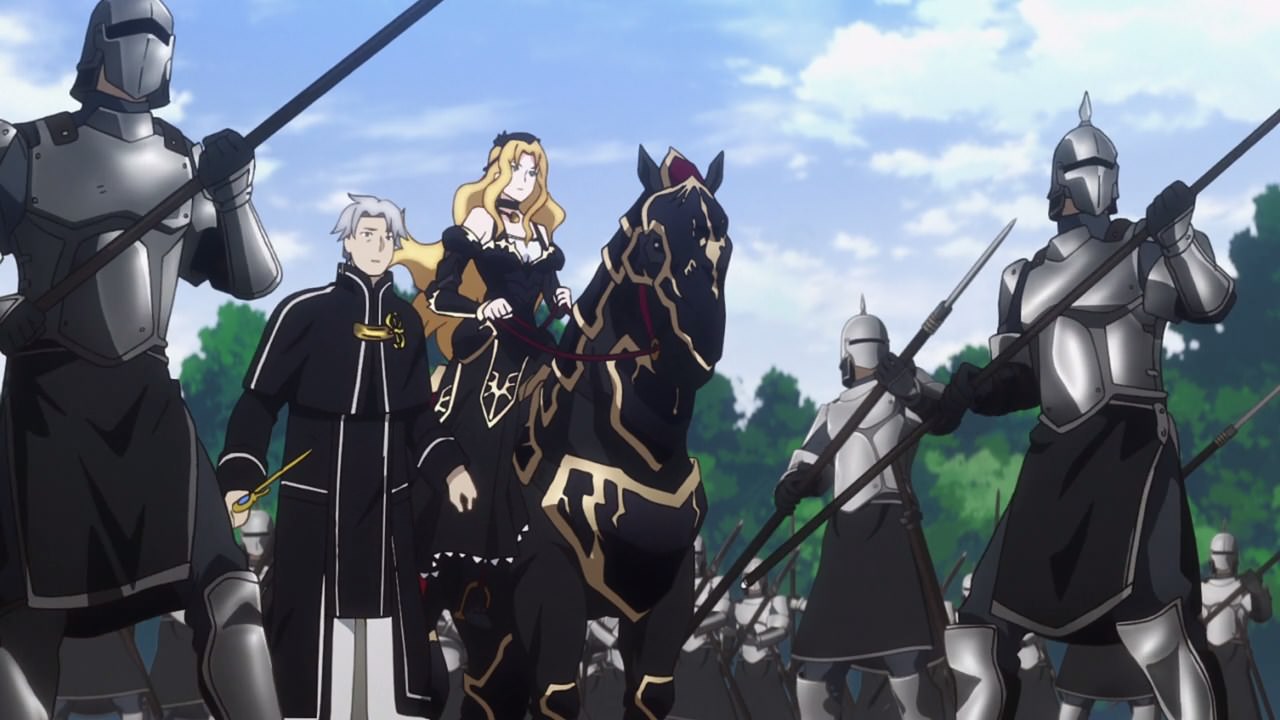 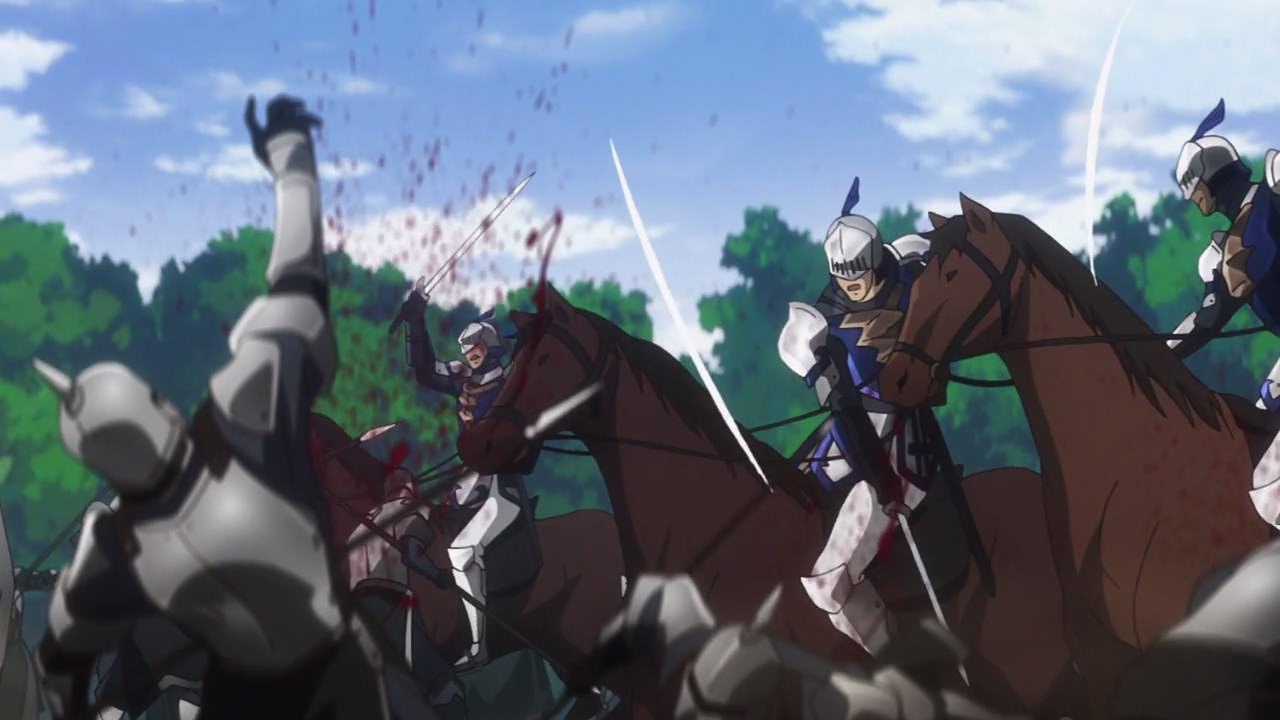 However, seems that the Valdrind Knights are being attacked. I wonder if this group of soldiers are here to invade Lord Theo Cornaro’s stronghold while taking out the Margrave of Valdrind? 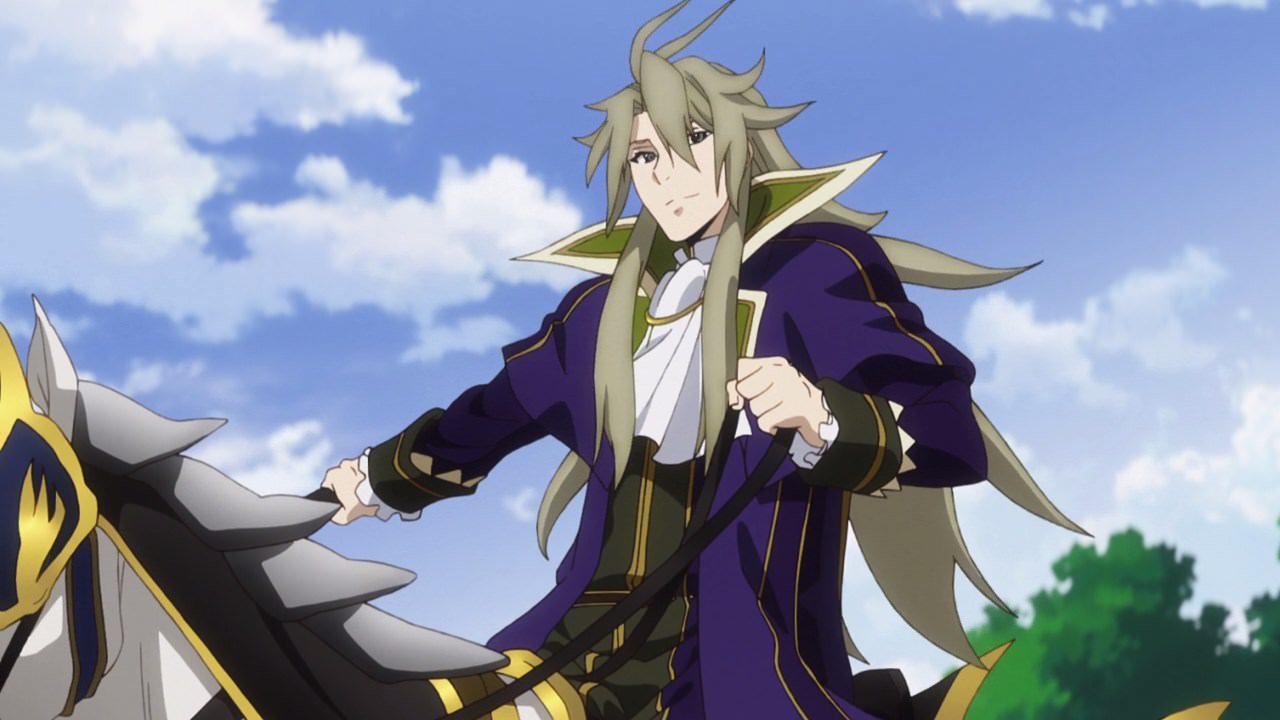 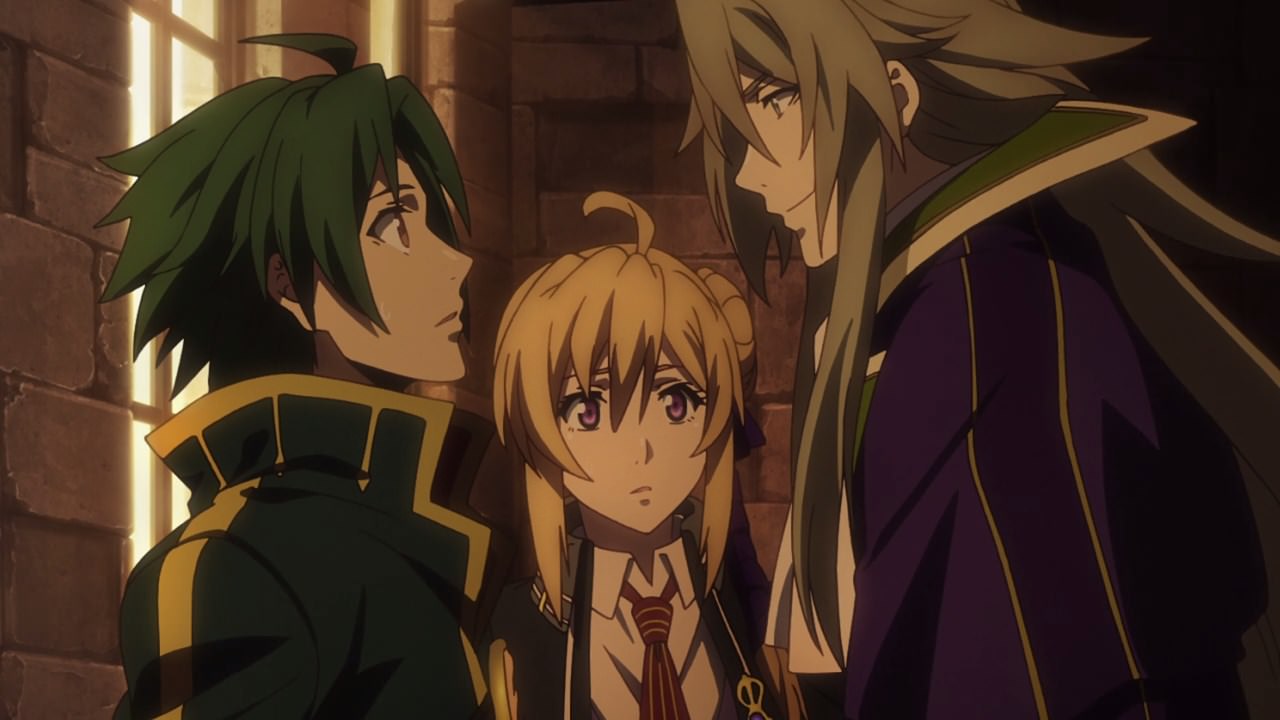 Of course, there are still some conditions to be met as Villar Constance wanted to take Siluca Meletes since she was originally contracted to him, in exchange for a strategic partnership with the Earl of Altirk.

However, Theo Cornaro wants to keep Siluca Meletes at his side so he decides to serve under Villar Constance as a knight. Yeah, kind of a downgrade there. 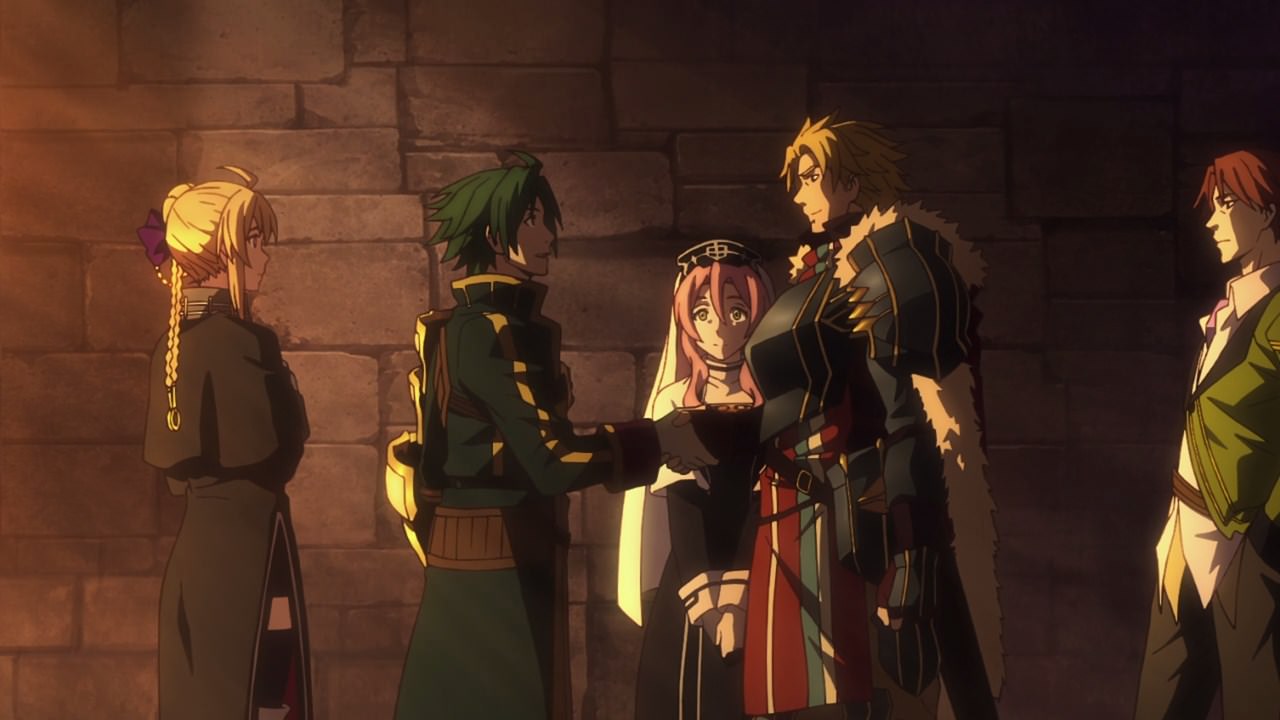 But yes, looks like Theo Cornaro has become a wandering lord under Villar Constance, but I wonder what the Earl of Altirk is planning towards Theo and Siluca? Anyways, we’ll find that out on the next episode!