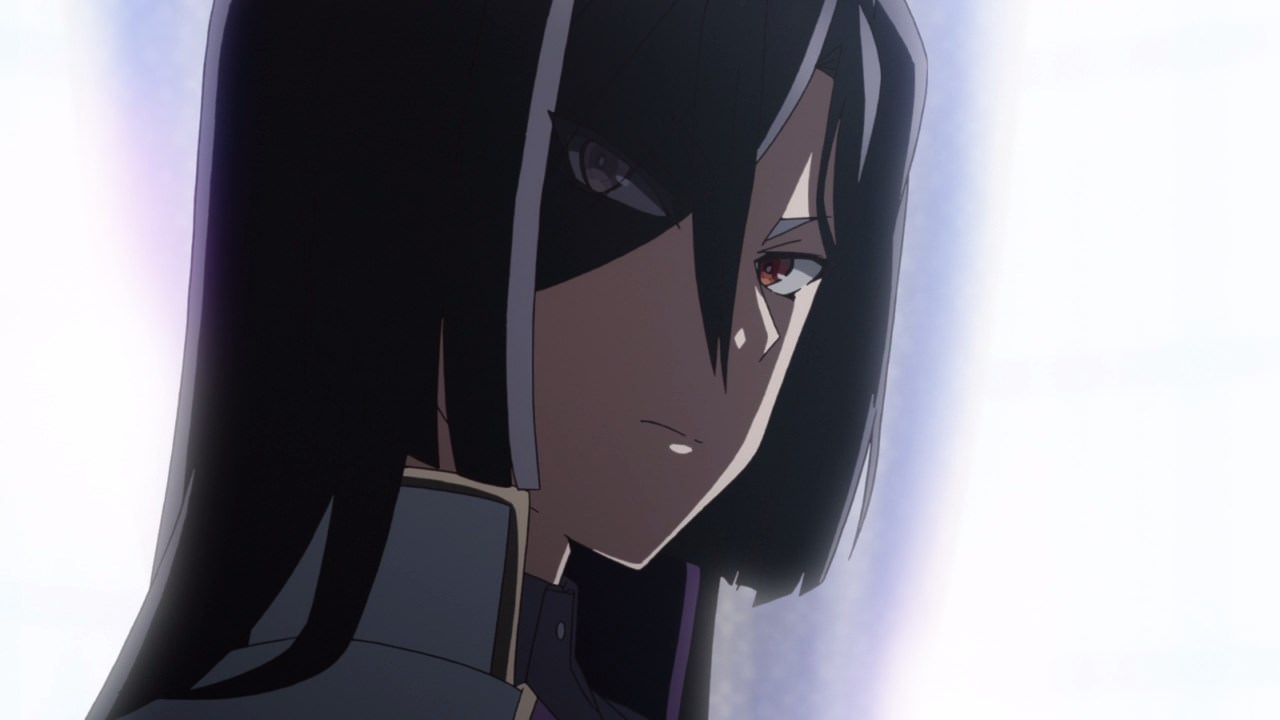 Well, seems that Yukari Origami called the president of Renpu Academy as she’s disappointed that Yukina Takatsu acted on her own accord. 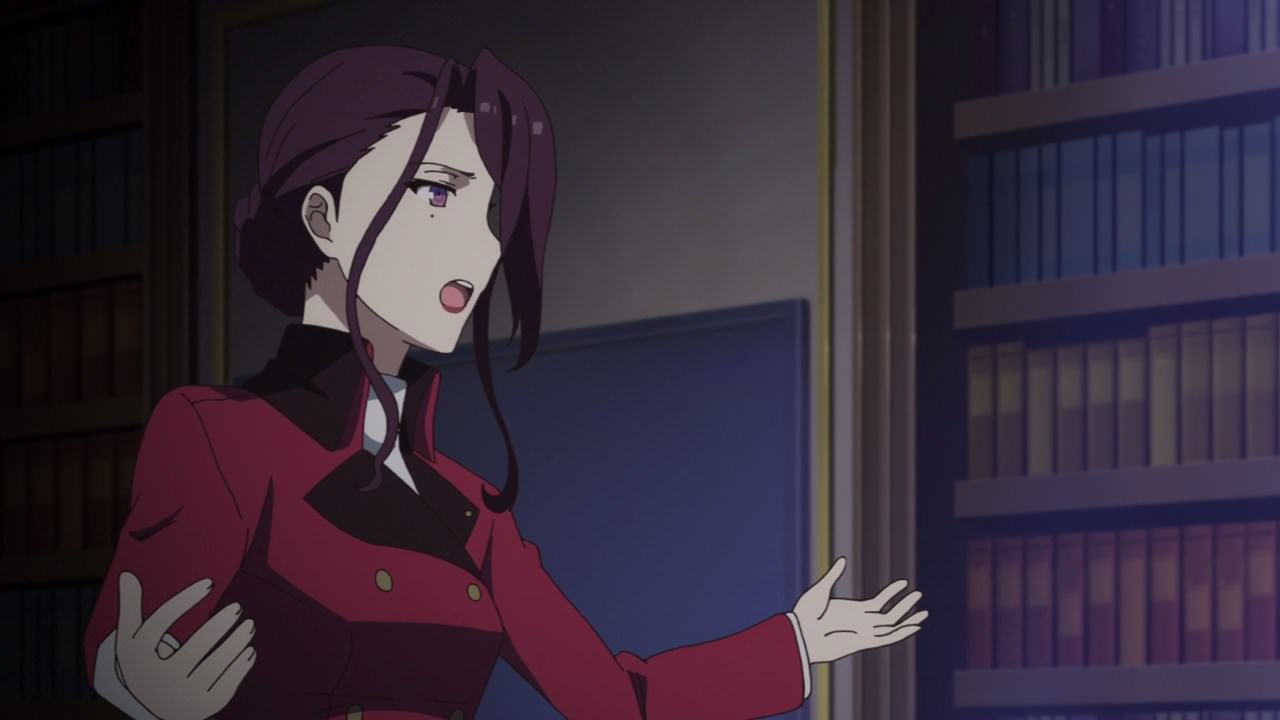 Speaking of Yukina Takatsu, the reason why she let her ace Sayaka Itomi take care of things (and fail afterwards) is because she doesn’t like traitors on pointing their swords at Yukari-sama.

But then again, the real reason why she did it is because Yukina-san wants to strengthen the school’s reputation and her own ego. It’s no wonder why Yukari-sama was disappointed at the president of the Renpu Academy. 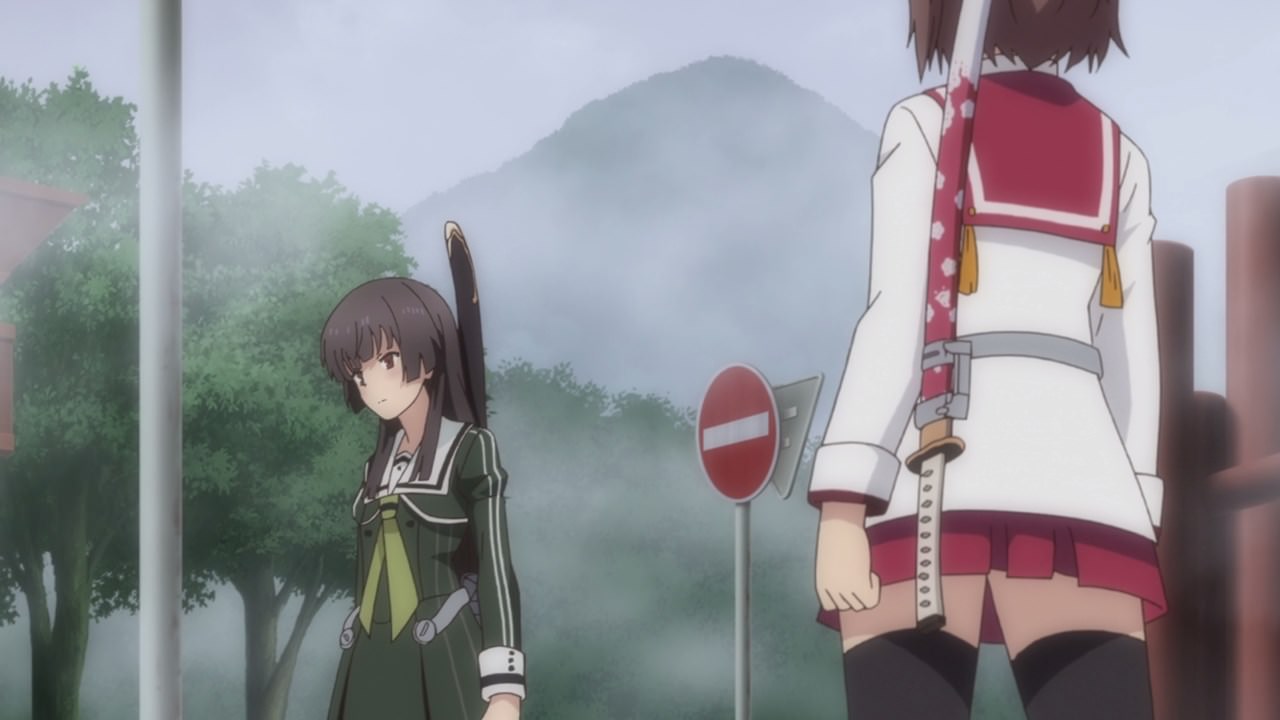 Meanwhile, Hiyori Juujou told Kanami Etou to stay away from her as she’s not involved in her grudge in the first place. And second, Kanami’s sword skills is different from Hiyori, where the former saves people while the latter kills people other than the aratama.

In any case, looks like it’s time for both Hiyori and Kanami to part ways. After all, Kanami Etou is not involved to begin with. 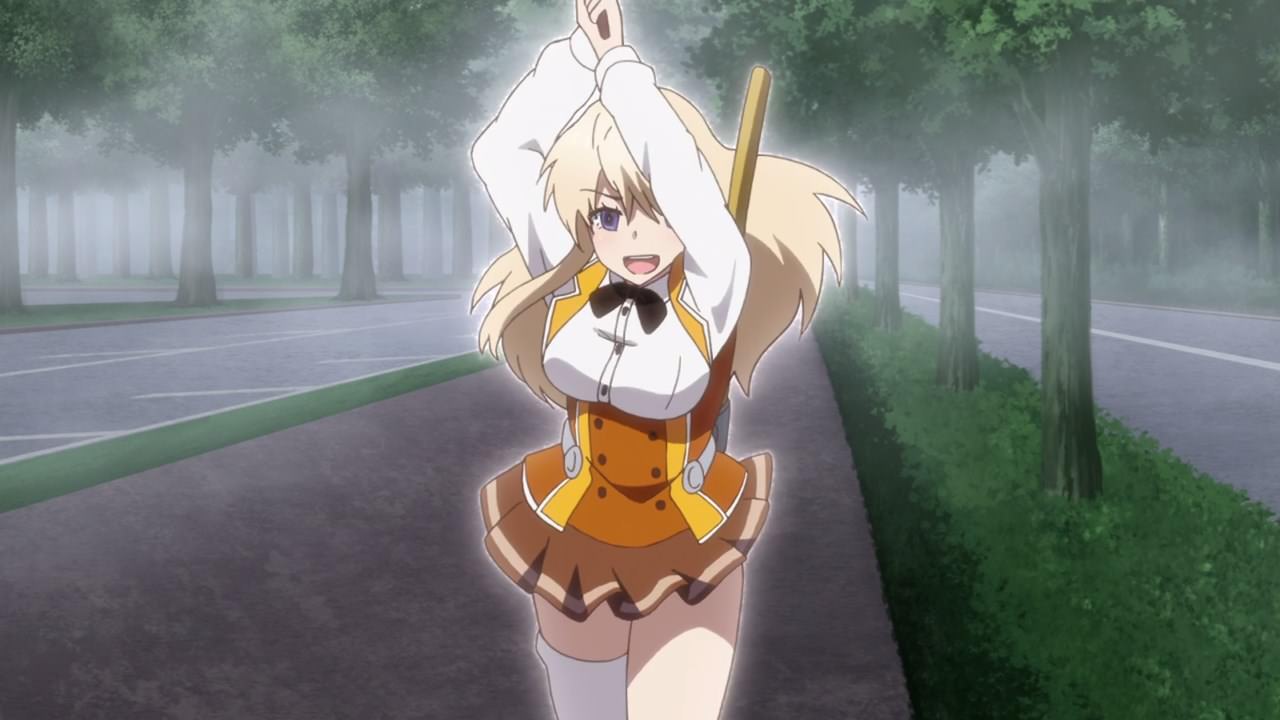 Unfortunately, Kanami couldn’t get away from danger as someone from Osafune Girls’ Academy attacked her without warning.

This is Ellen Kohagura and while she didn’t make it to the semi-finals, she’s here to apprehend Kanami Etou because of her involvement with the assassination of Yukari Origami. 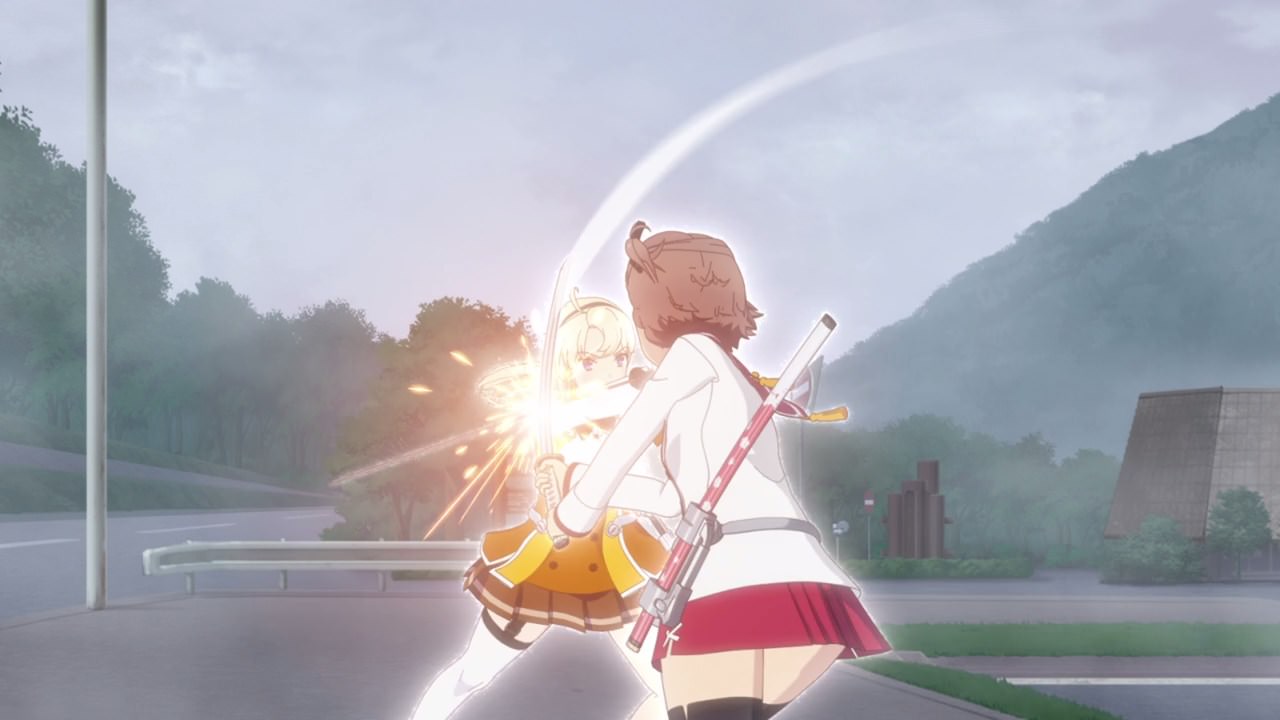 Fortunately, Kanami Etou managed to block Ellen’s attacks but unfortunately for Etou, looks like Kohagura is not alone… 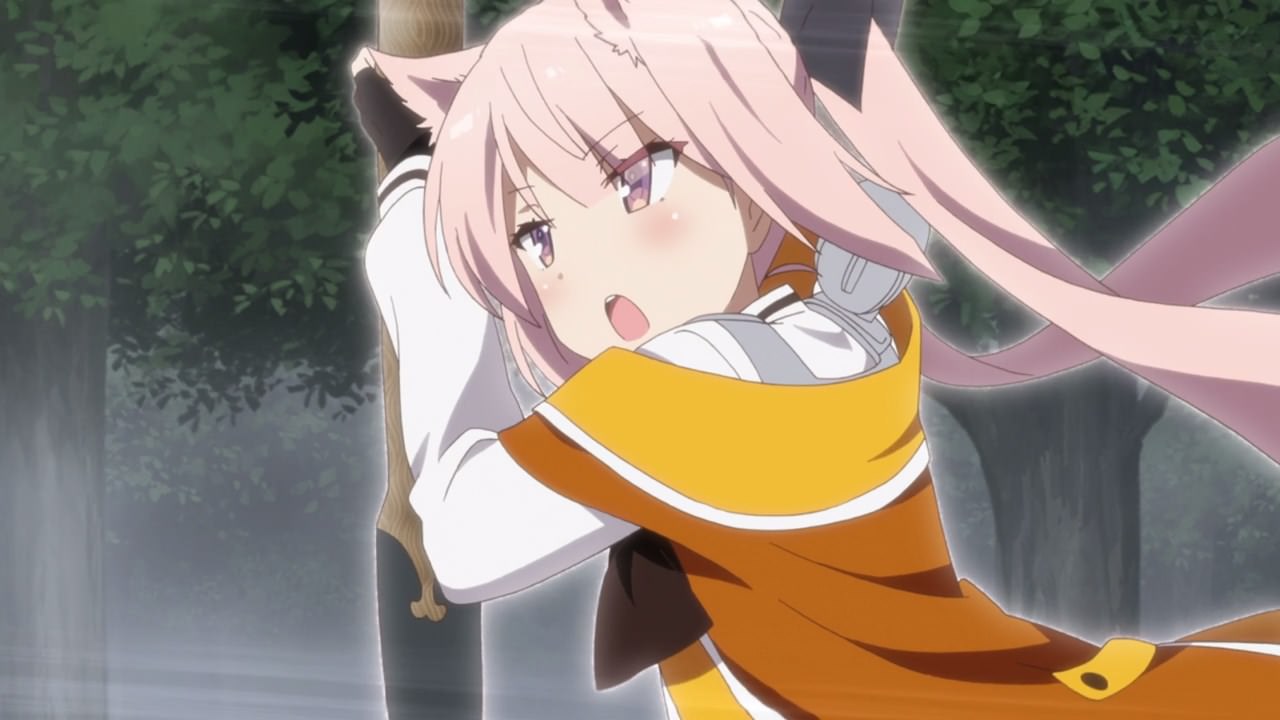 …as she’s accompanied by Kaoru Mashiko where she’s carrying a big okatana. 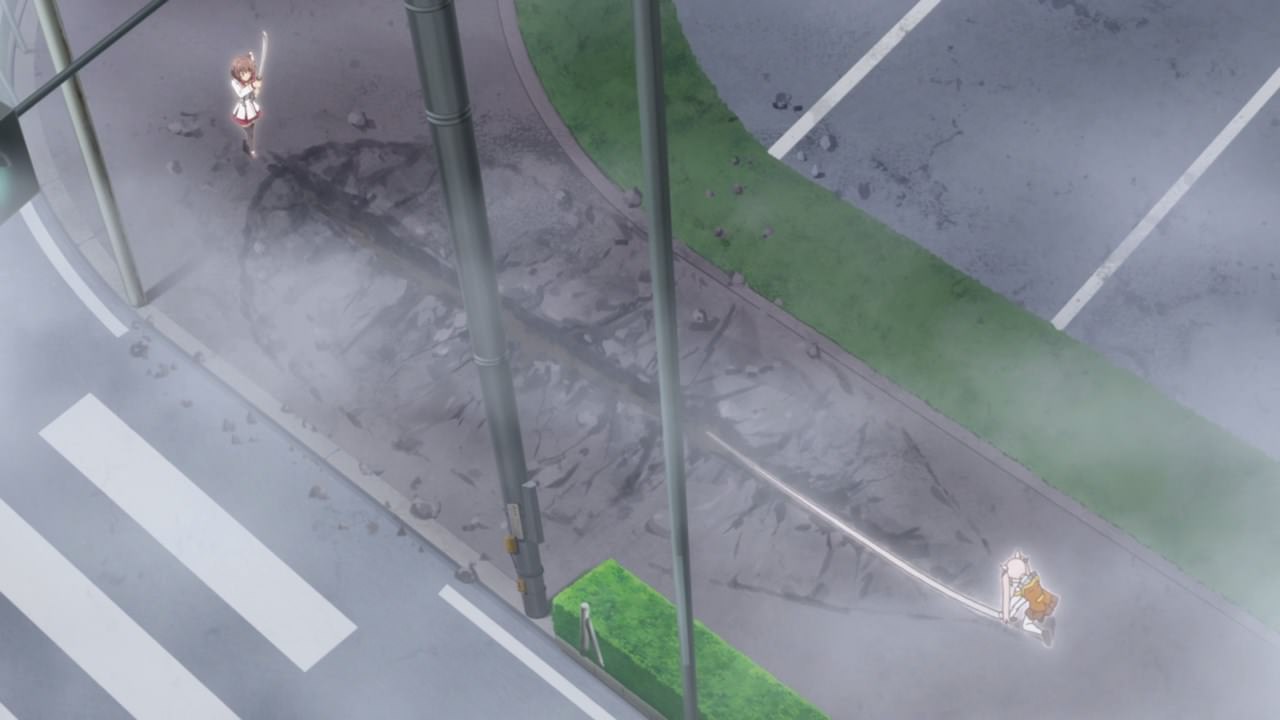 And once Kaoru swings her okatana, it creates a big crater that Kanami might get bisected in half if she’s not careful. At this point, Etou is at a disadvantage! 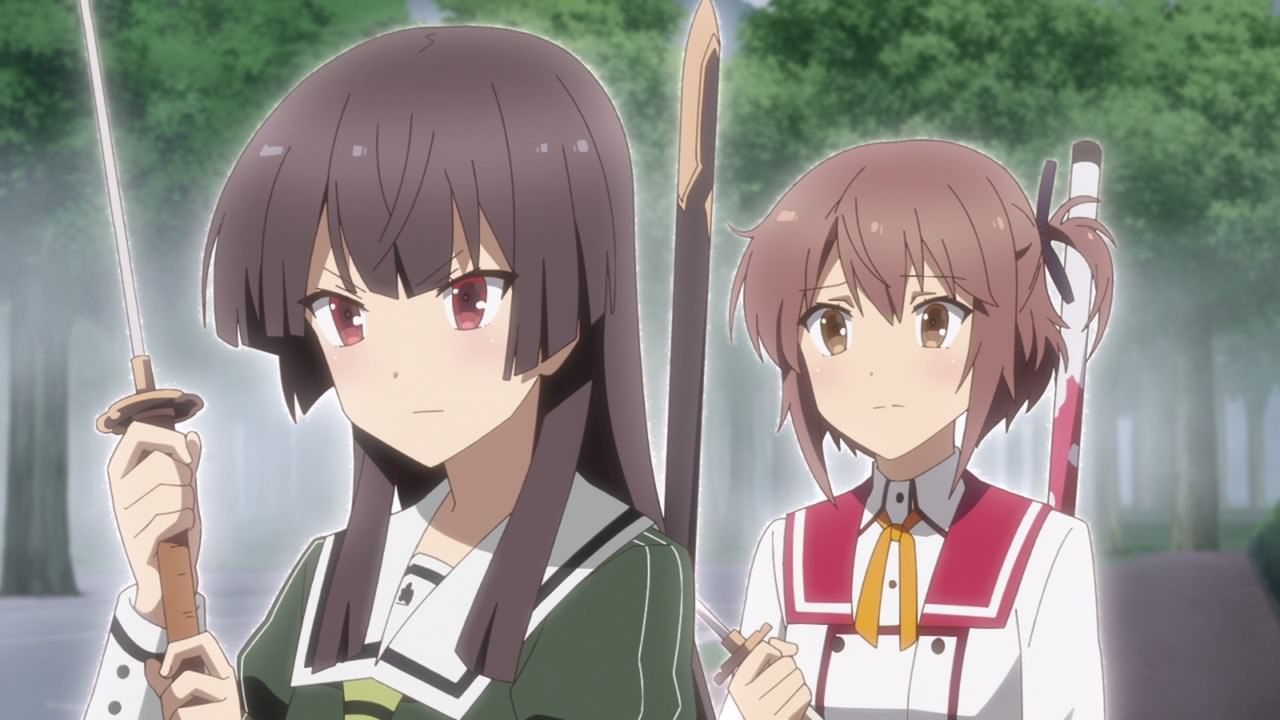 That’s until Hiyori Juujou comes to her aid as she realized that Kanami Etou is in danger. Well, seems that this battle is now even. 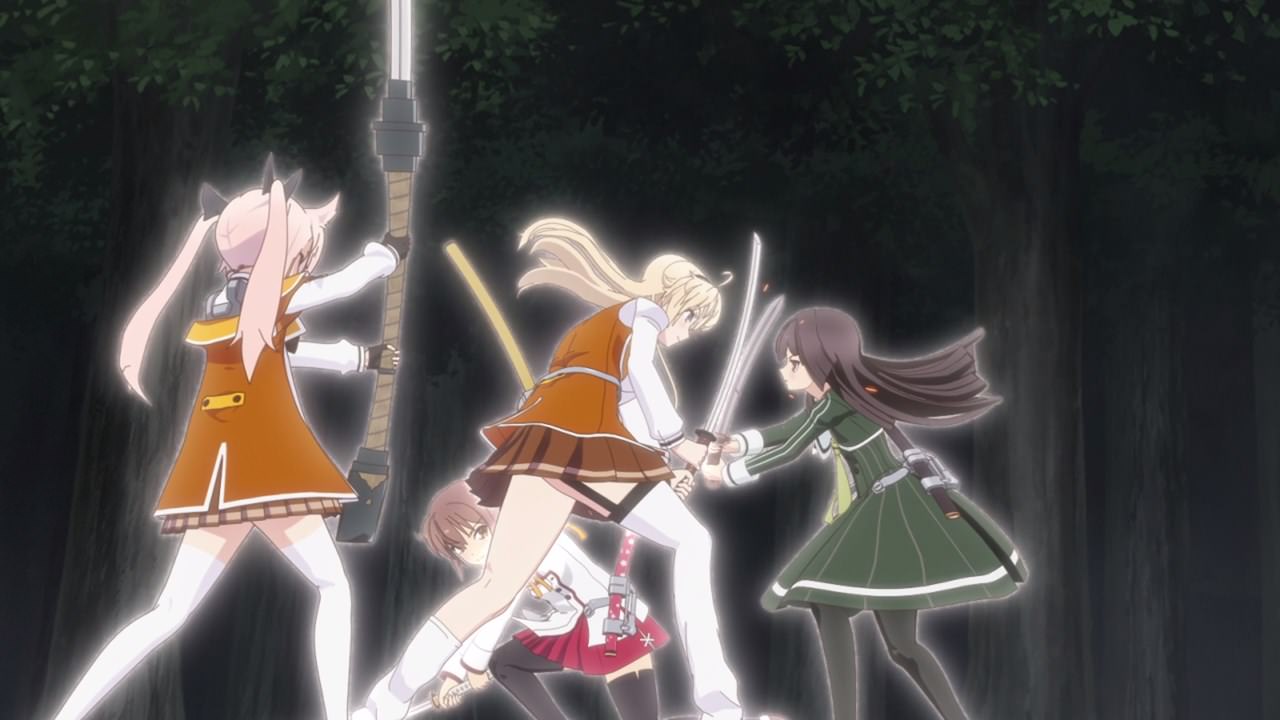 In any case, both Kanami Etou and Hiyori Juujou are pushing the students from Osafune Girls’ Academy into the corner. 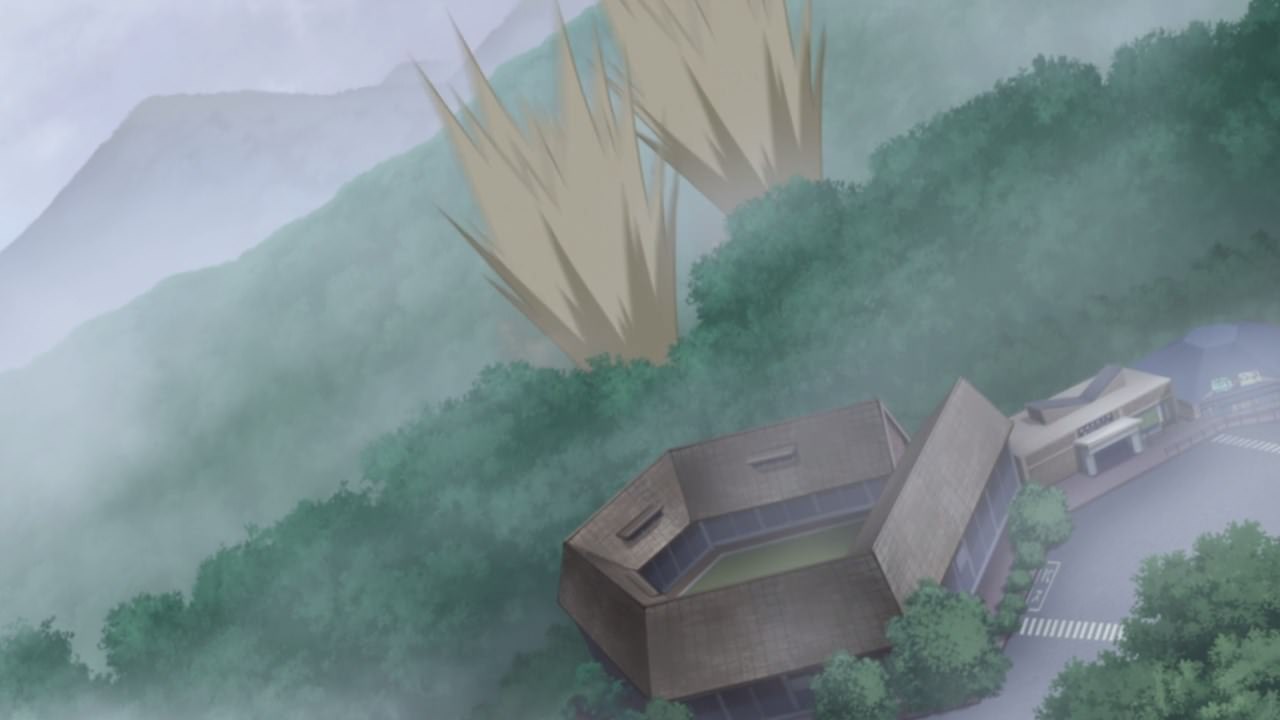 However, seems that some thing has dropped into the forest… 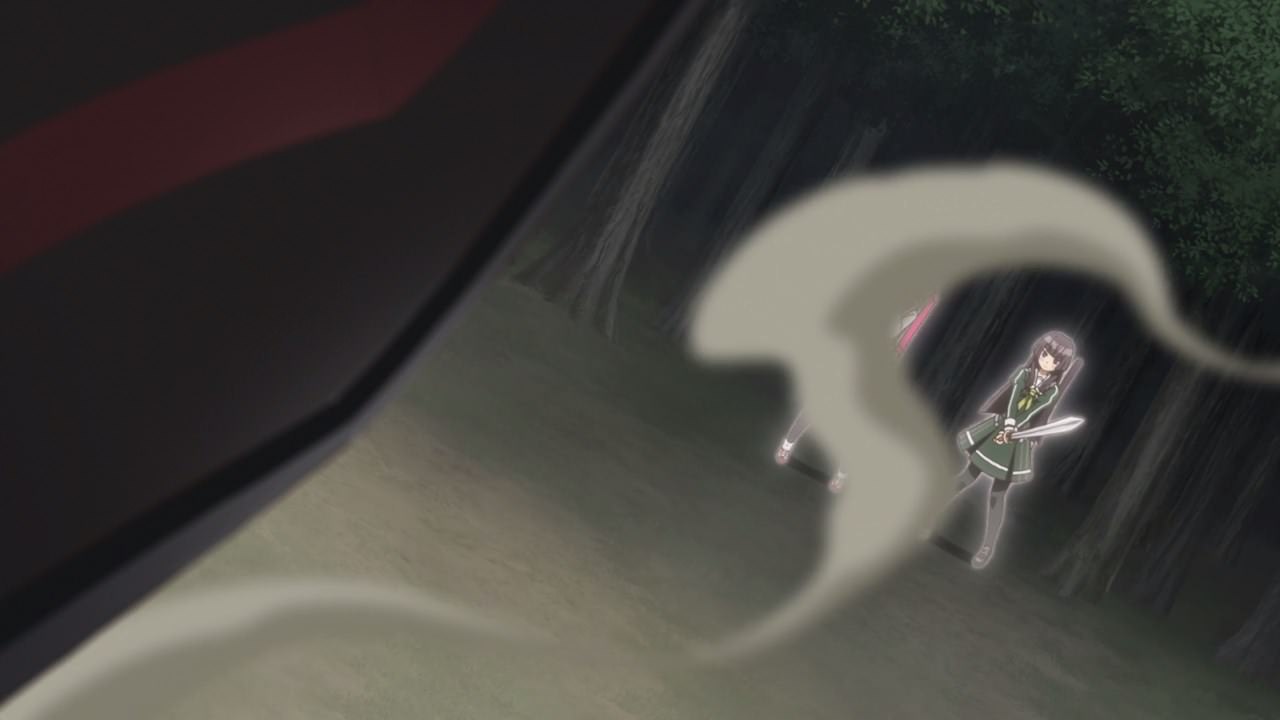 Oh, and both Kanami and Hiyori are stunned to see this object. What could it be? 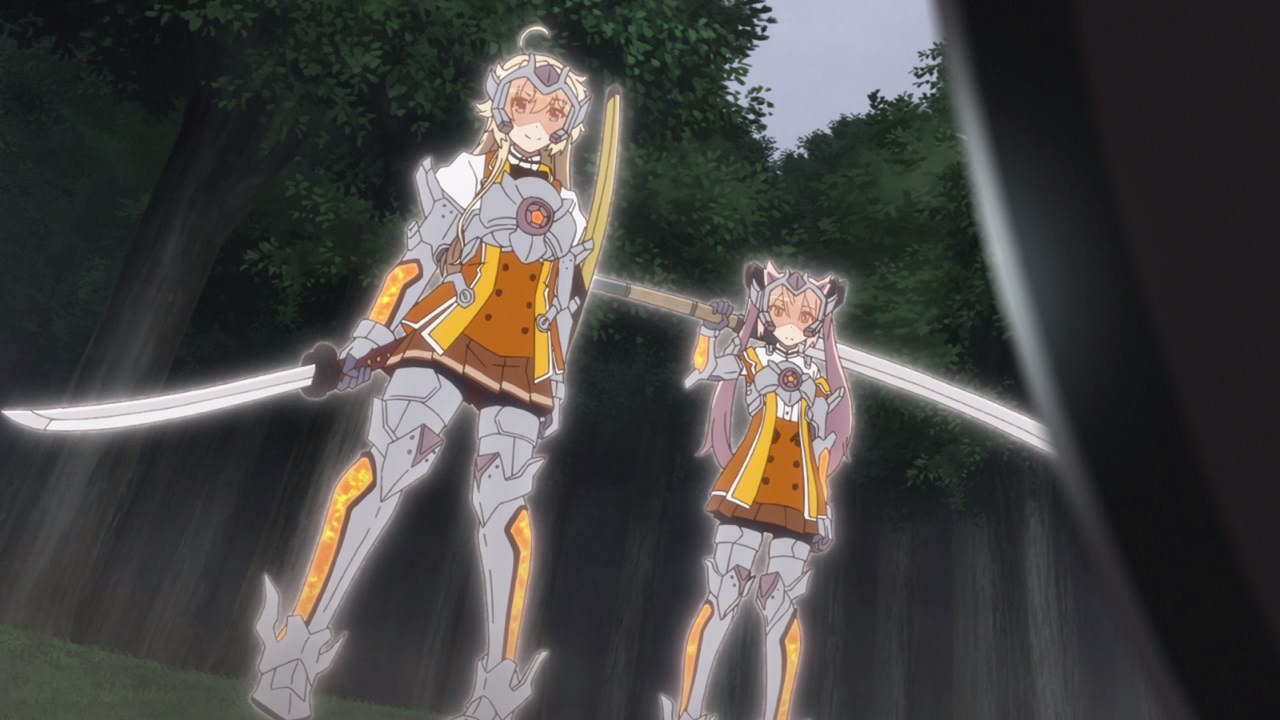 Turns out, both Ellen Kohagura and Kaoru Mashiko are wearing S Equipment, which is used for hunting down large and powerful aratama.

Basically, the tables have turned against Kanami Etou and Hiyori Juujou as they’re gonna get beaten. 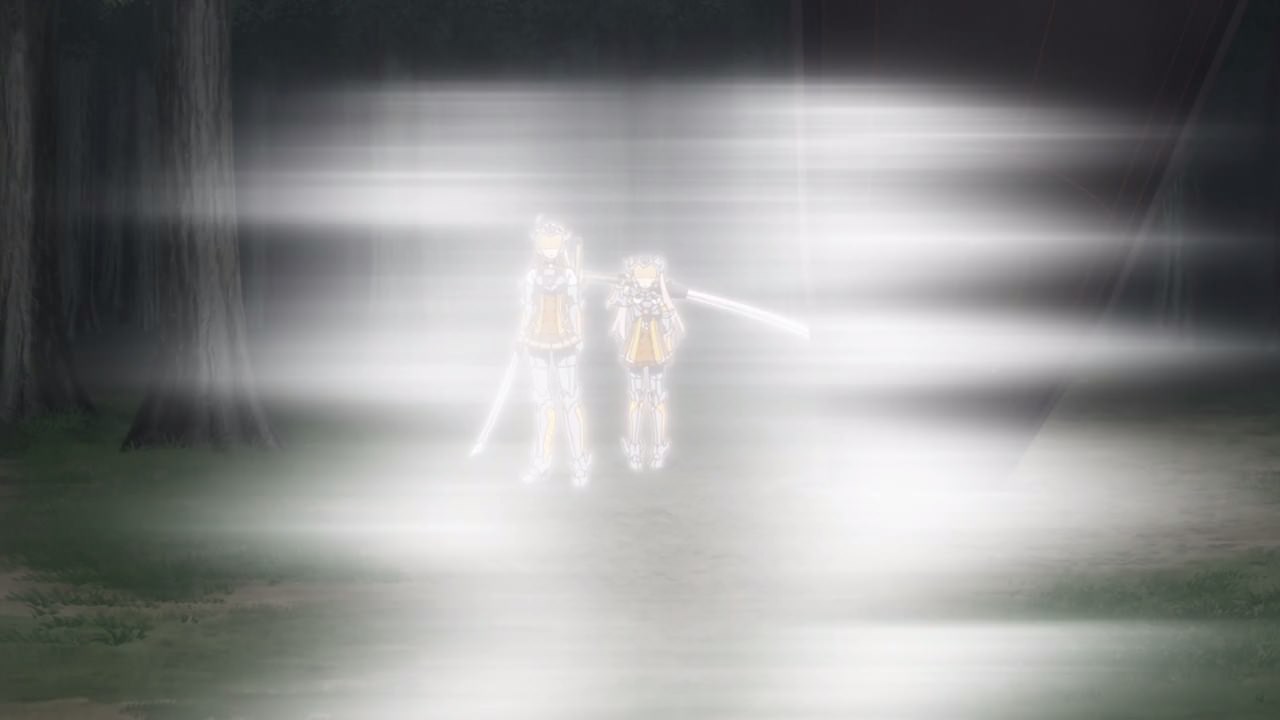 So, the only thing left to do is to run away because they don’t wanna get caught easily by both girls from Osafune. Yeah, retreating is the best option. 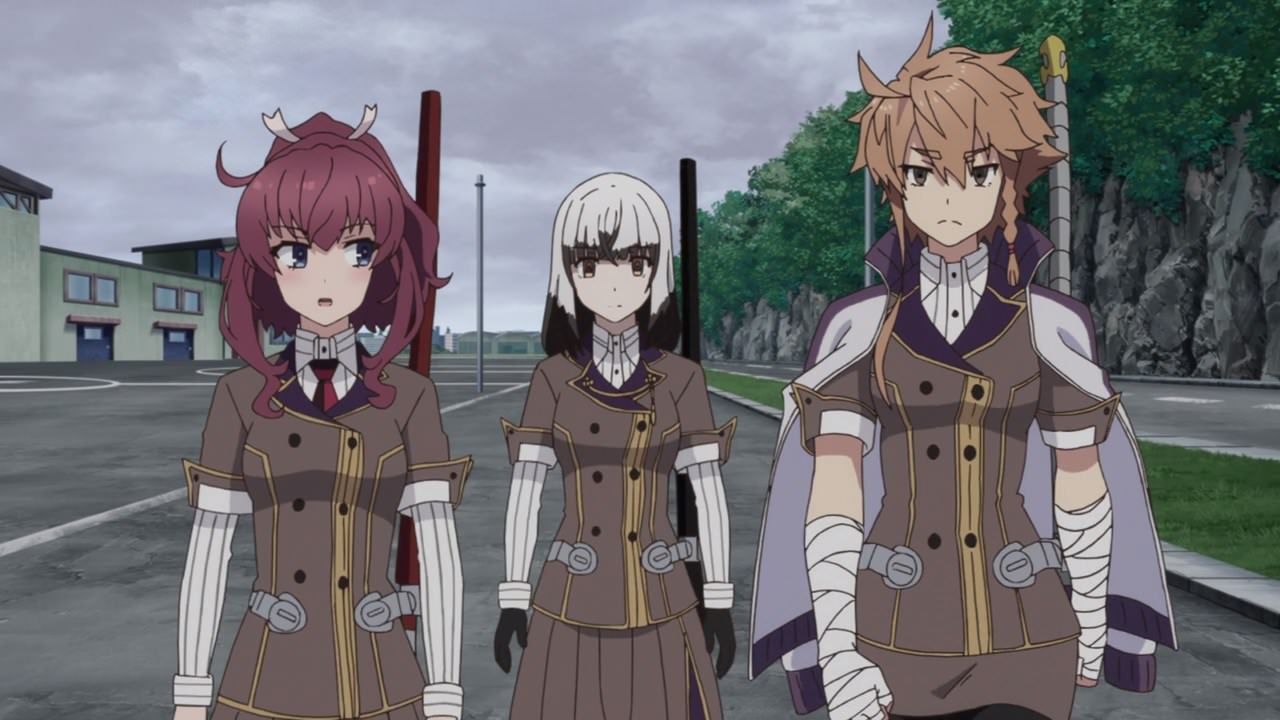 Now let’s go back to Yukari Origami’s elite guard as they got the green-light to sortie and capture both Etou and Juujou.

Well, I have to say that things are looking worse for those fugitives. 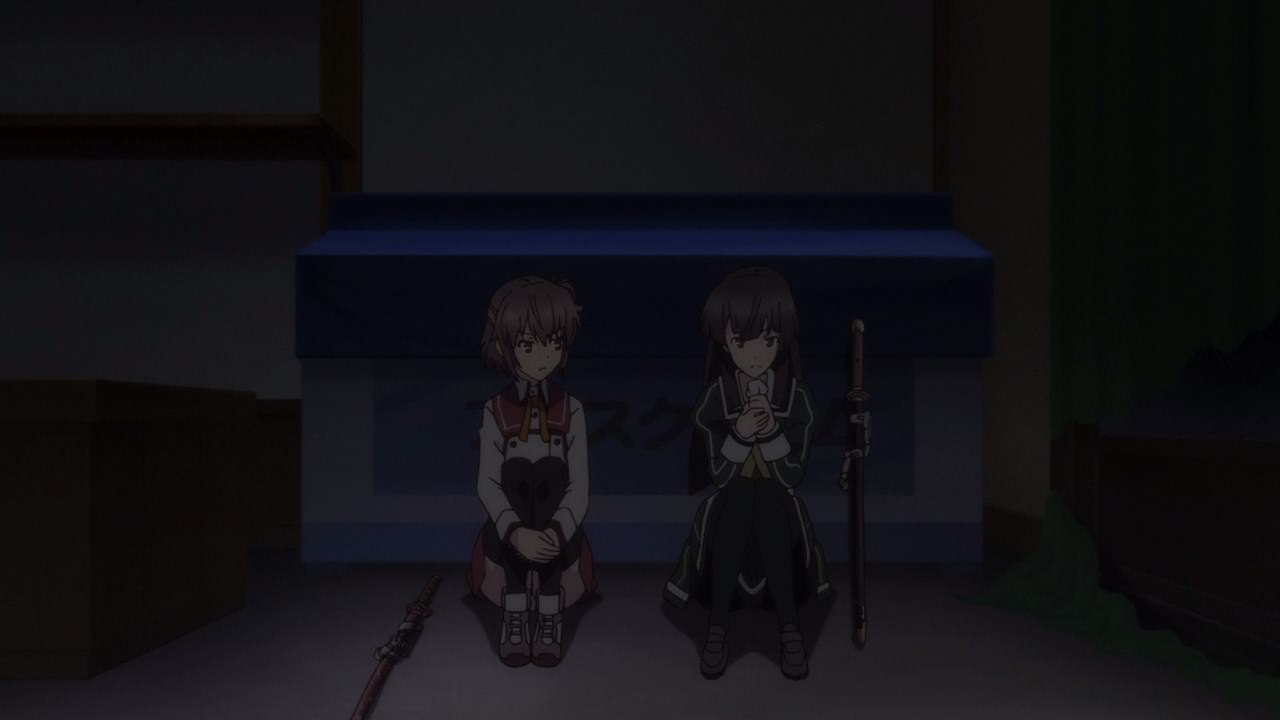 And speaking of those fugitives, both Kanami and Hiyori are currently hiding as we speak.

On the other hand, Hiyori told more about the aratama hiding behind Yukari Origami’s back as it turns out that it came from the great aratama disaster and her mother tried to kill it completely. Unfortunately, Hiyori’s mother failed to kill it and died from using too much energy, which is why the aratama now lives inside the head of the Origami household and Hiyori has a grudge on it.

Of course, Hiyori Juujou will have a hard time stopping Yukari Origami as she send the entire elite guard to hunt her and Kanami Etou down! So until the next episode, both toji will have to hide from the authorities for now.