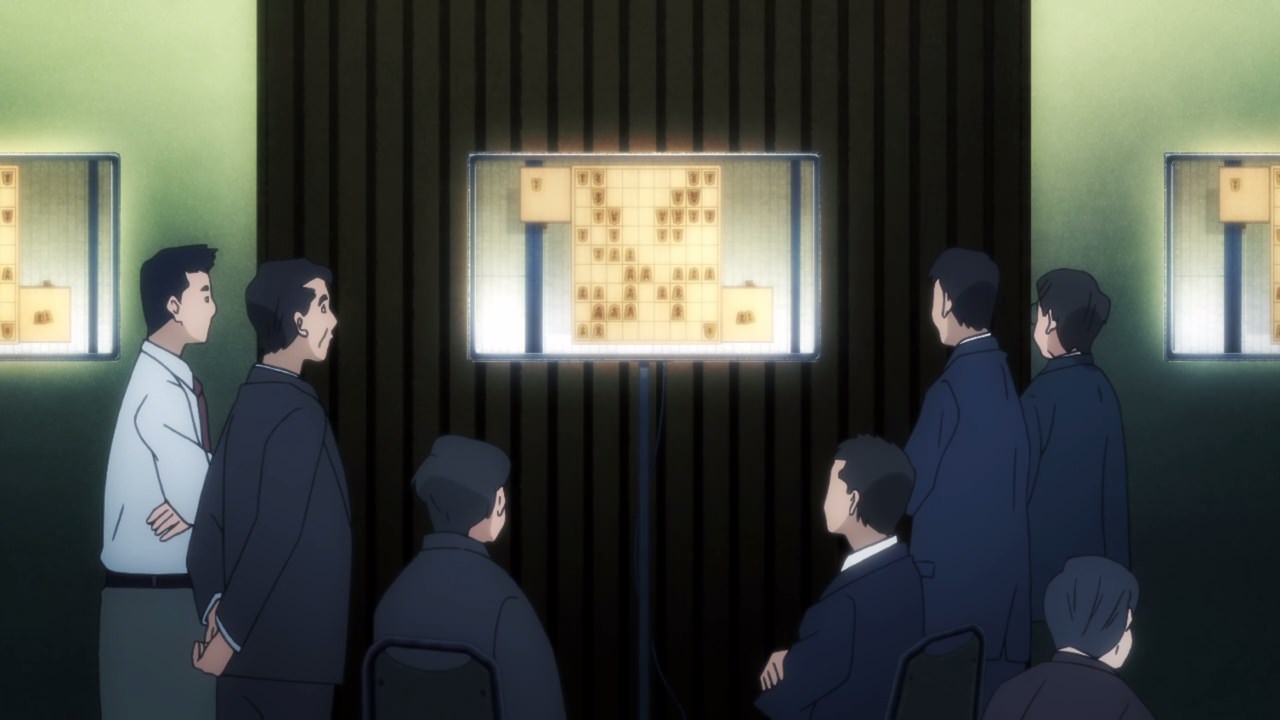 Hey everyone, it’s time for the exhibition match between the current Newcomer King Rei Kiriyama and the Meijin titleholder Touji Souya.

They’re looking forward for this match, especially Kiriyama where everyone sees him as a potential shogi champion. 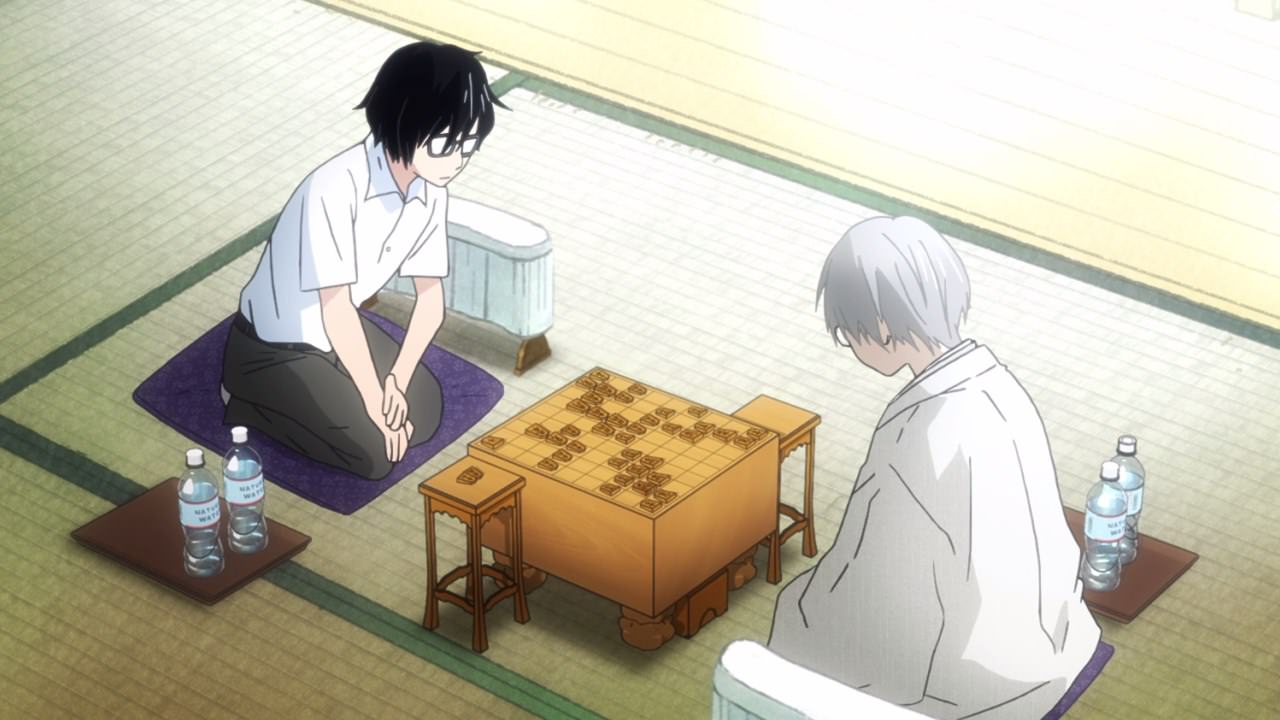 But let’s get onto the match itself as Kiriyama 5th-dan will try not to lose in a spectacular manner against Meijin Souya.

So far, seems that Kiriyama got the upper hand against the Meijin titleholder. 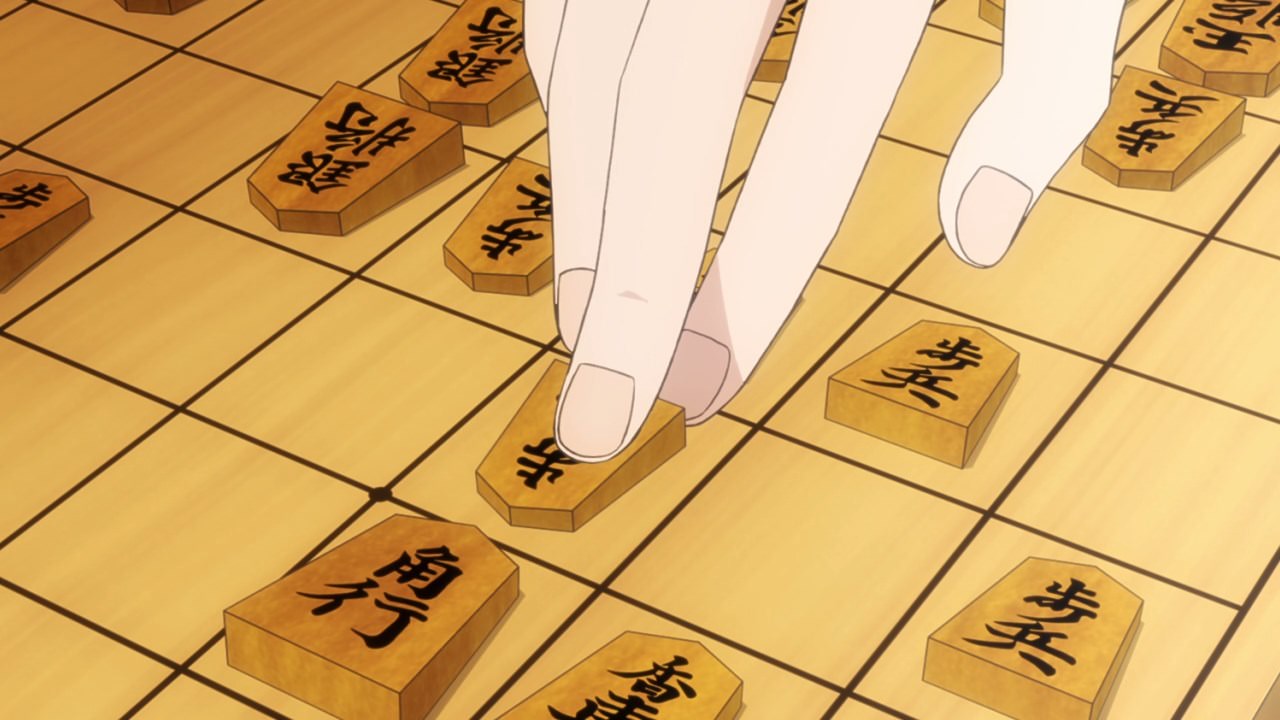 However, things took a slight turn when Kiriyama moved his pawn to 7-4. Originally, he wasn’t supposed to move it in the first place. 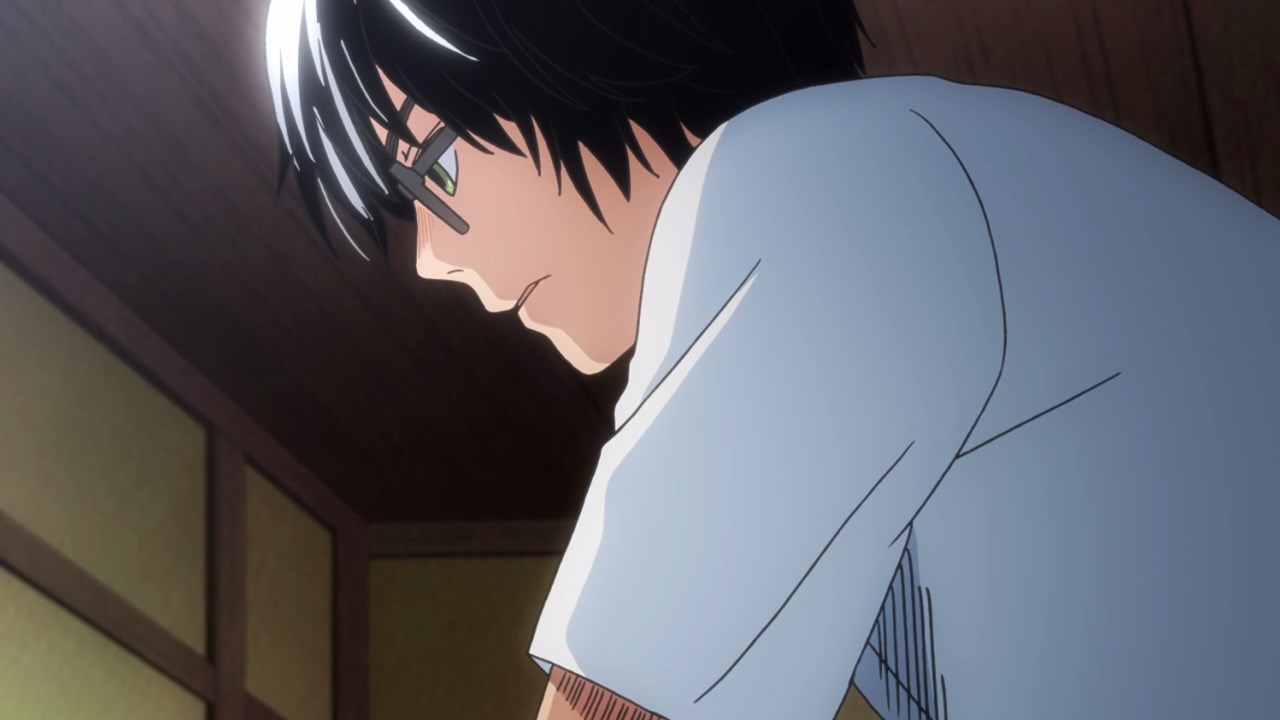 And speaking of Rei Kiriyama, he’s worried that his move might cost him dearly when Meijin Souya counter-attacks. 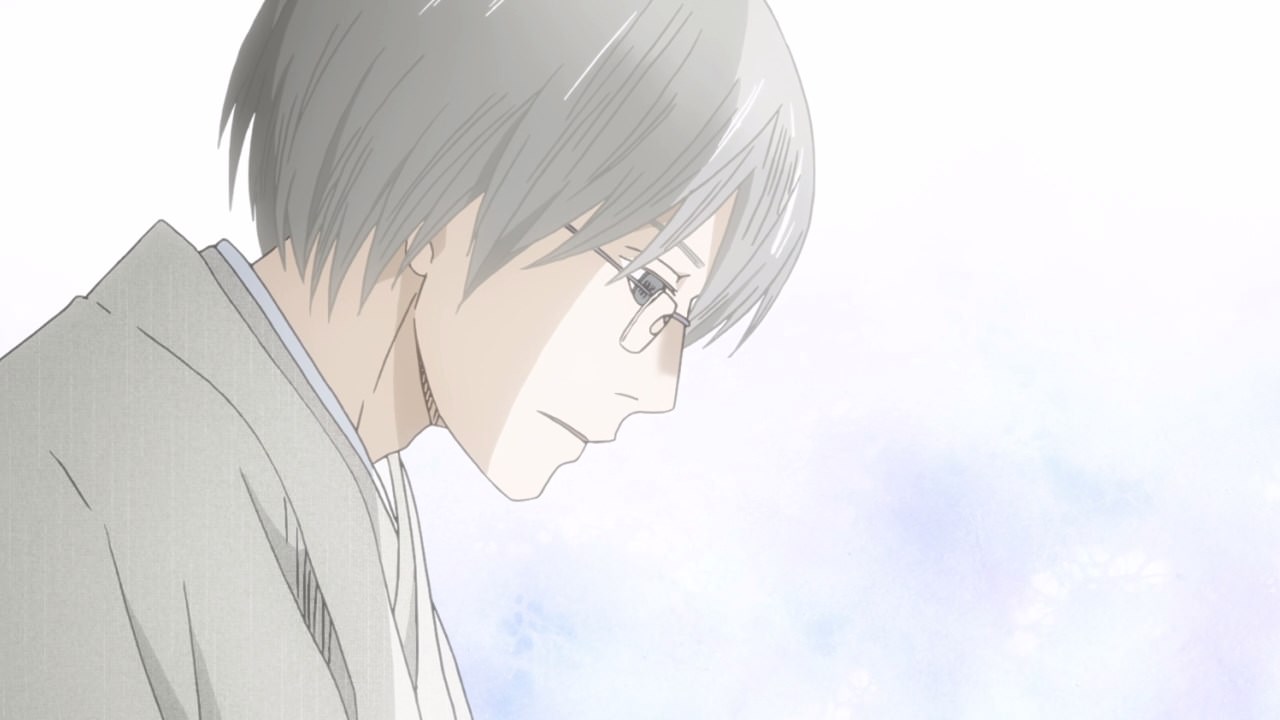 Anyways, here’s Touji Souya as the Meijin titleholder calmly makes his move that might turn the tides in his favor. 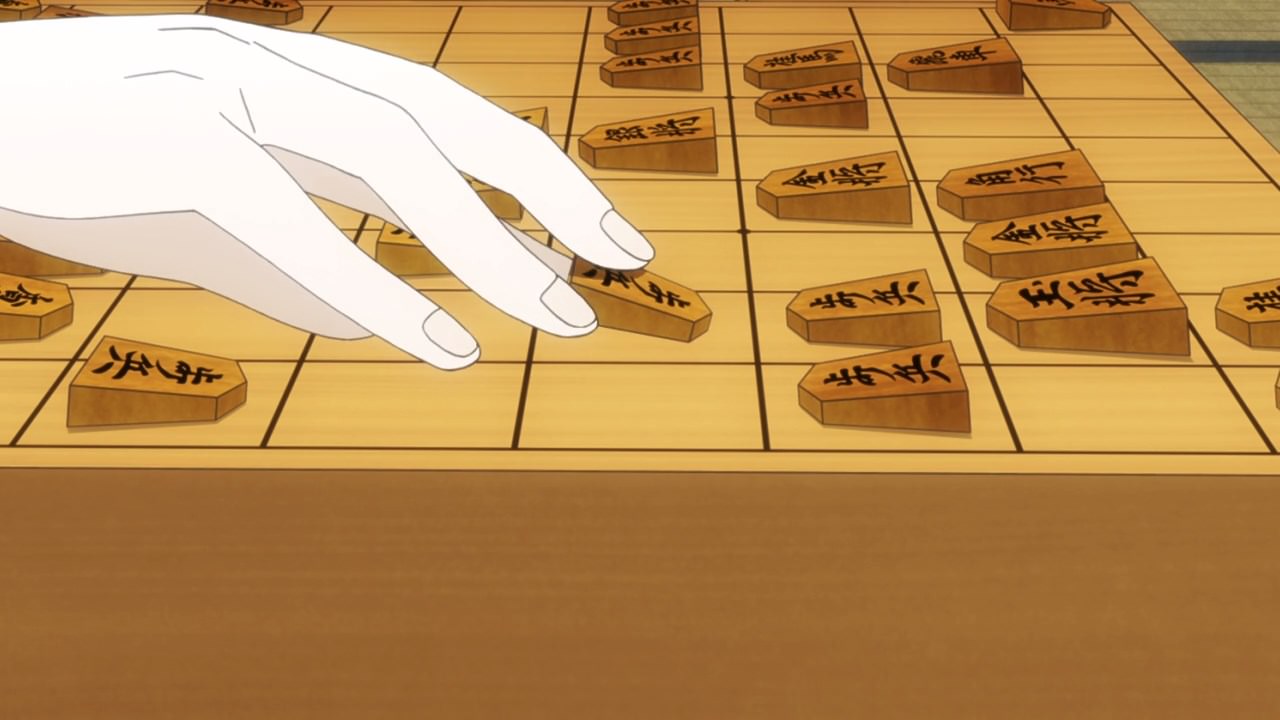 As you can see, the Meijin titleholder moves his pawn to 8-6. While it’s not fancy as moving other pieces like a bishop or rook, this move alone would turn the tides of this match. 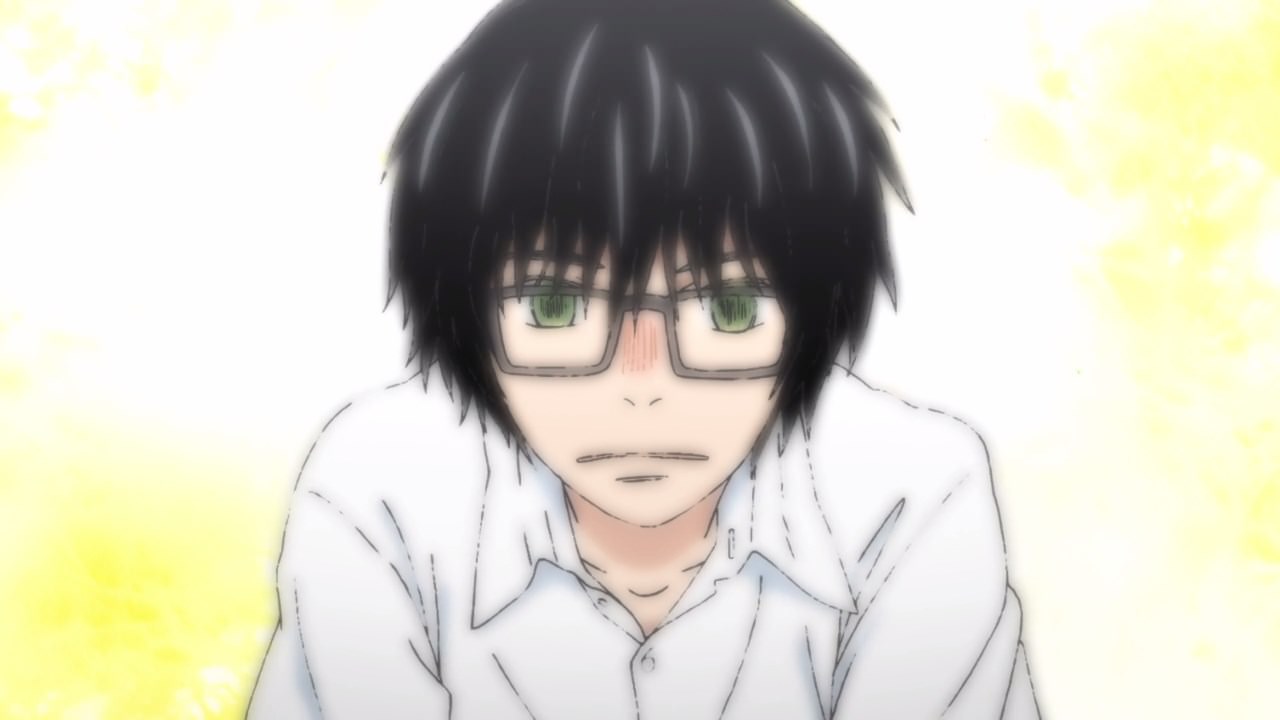 And as for Rei Kiriyama, he couldn’t react to Touji Souya’s move as he felt silent. While Kiriyama still continues to play, the match has already decided as Meijin Souya prevailed.

Sure that Kiriyama made a gallant effort on not making this exhibition match into a lopsided result, the huge difference in skill and experience between him and Meijin Souya is very evident that the latter have won the match. Of course, Rei Kiriyama didn’t get frustrated nor sad about the results, it’s just that he expects a match that’s unwinnable from the start. 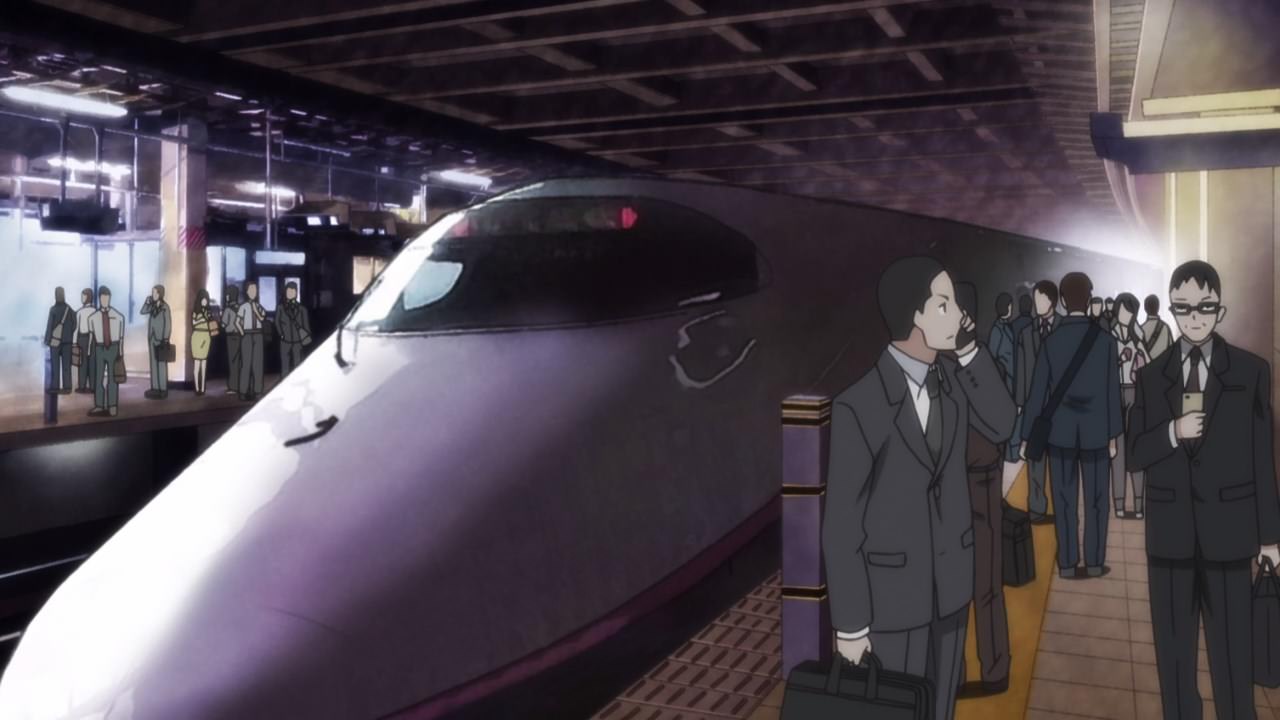 After the exhibition match, it’s time for Rei Kiriyama to return home to Tokyo. However, there’s a typhoon along the way and his train ride got suspended as a result. 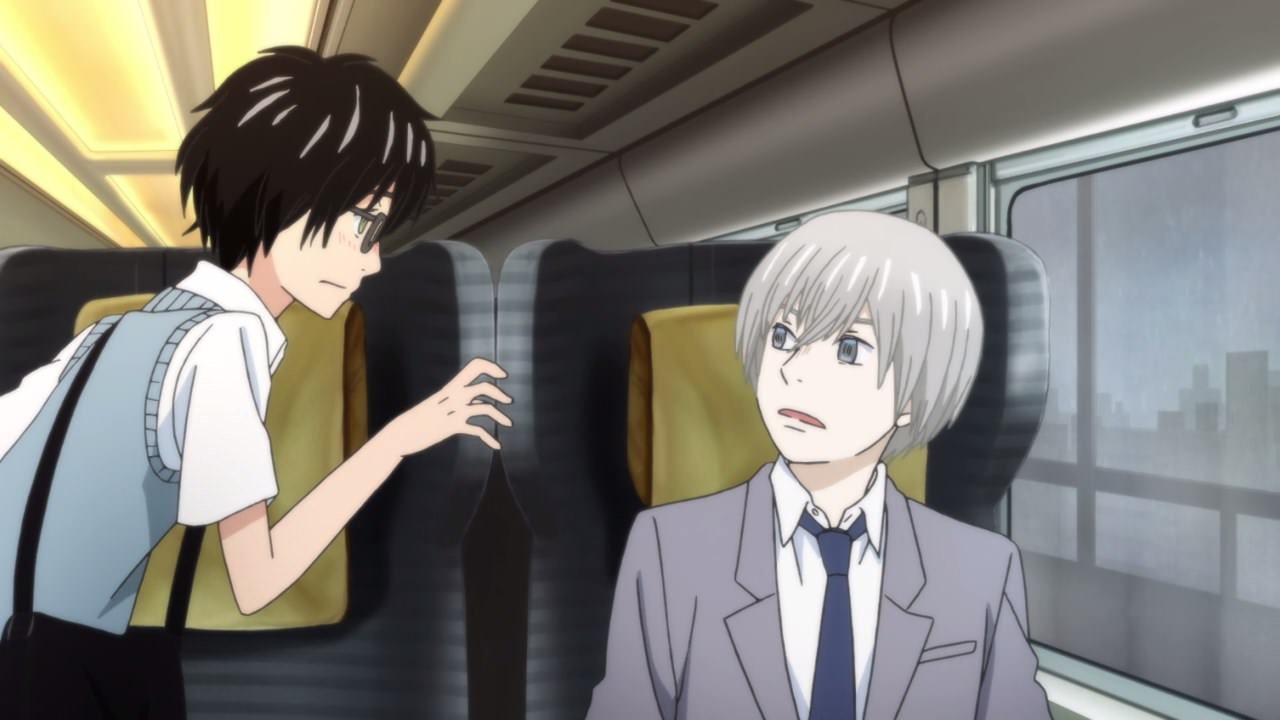 Also, seems that Touji Souya is also going home to Tokyo. However, he didn’t realized that there was a stoppage as he was sleeping at that time until Rei Kiriyama wake him up. I mean, Kiriyama can’t leave the Meijin alone. 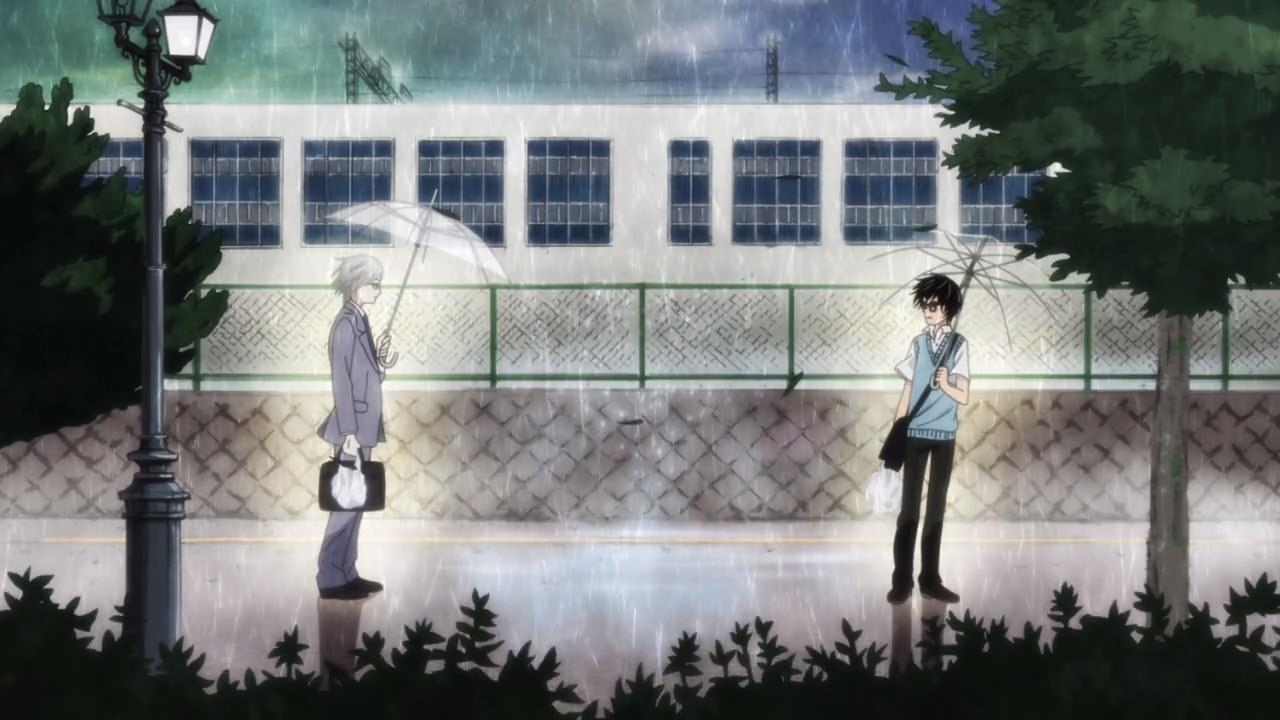 For the time being, they have to find a hotel to stay until the storm subsided. Of course, it’s a rare sight that both players will stay together, albeit in separate rooms.

Anyways, I’ll see you on the next episode and let’s hope that they have a safe trip after a night at the hotel.