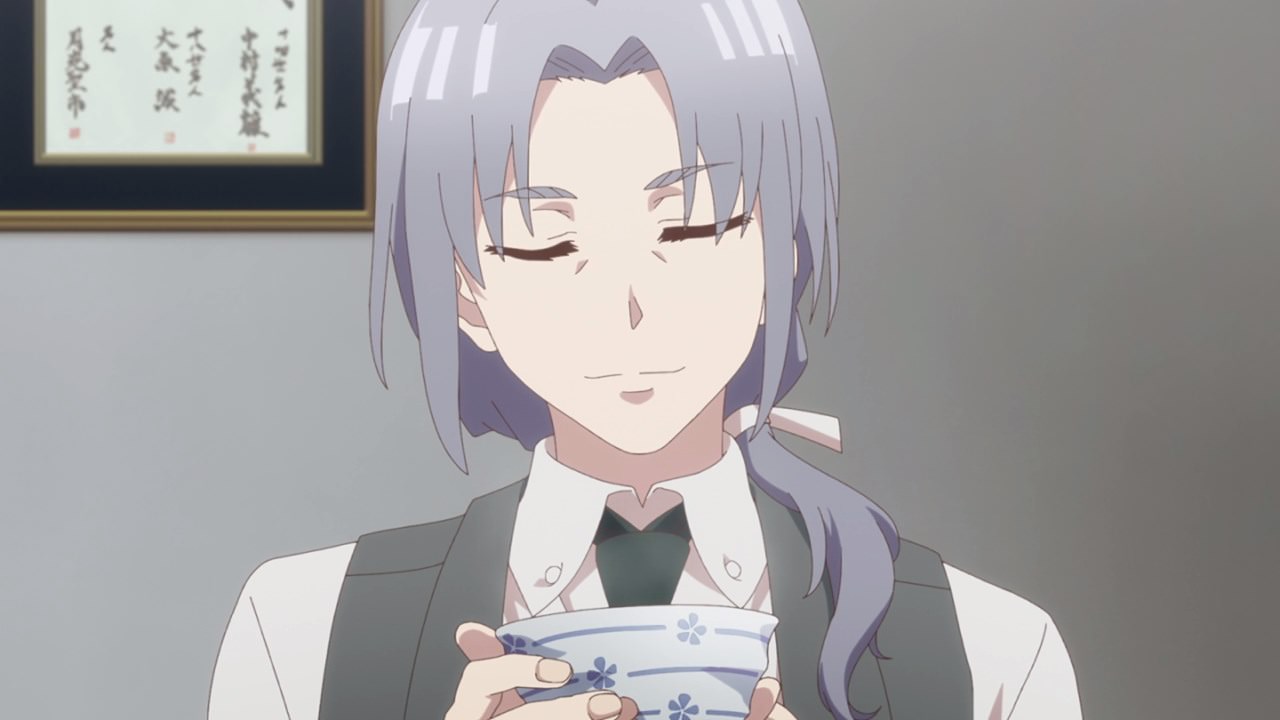 While he lost his sight in his mid-20’s, Tsukimitsu is still regarded as one of the best shogi players in Japan. 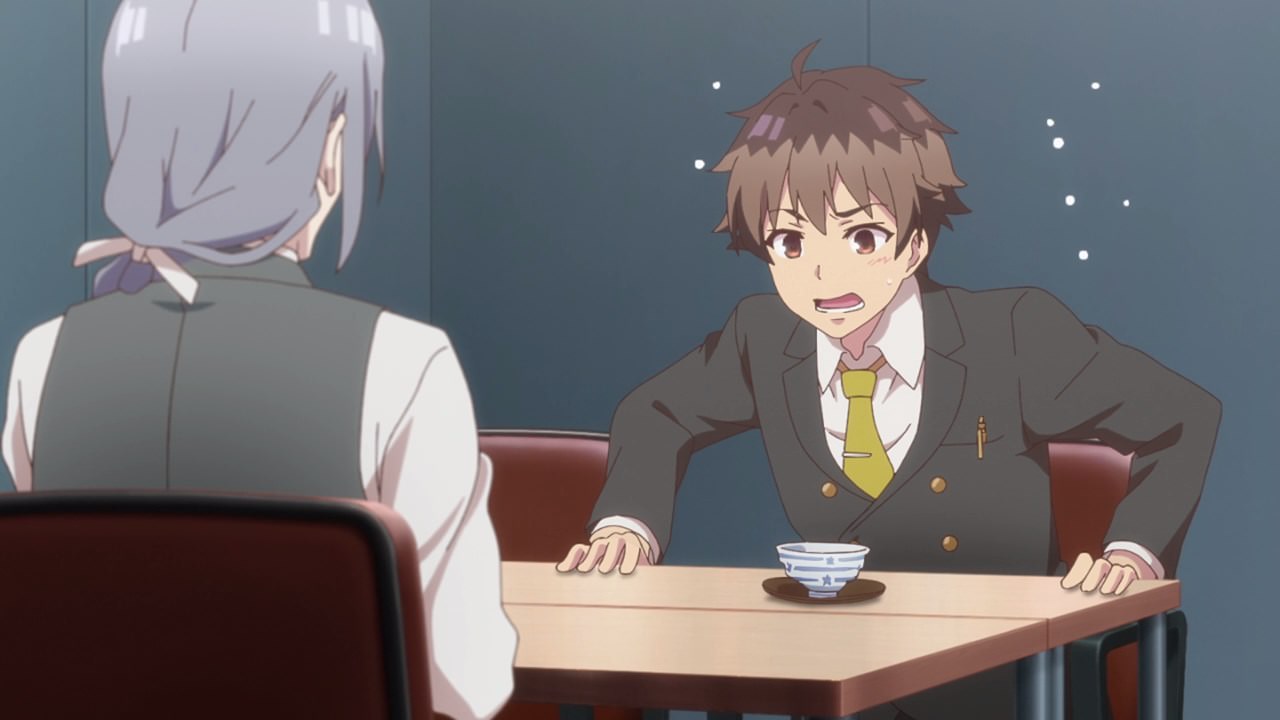 Now, Seiichi-san is asking Yaichi Kuzuryuu for help since he’s fond of grade school girls lately. Um Meijin Tsukimitsu, he’ll get arrested if you make assumptions like that! 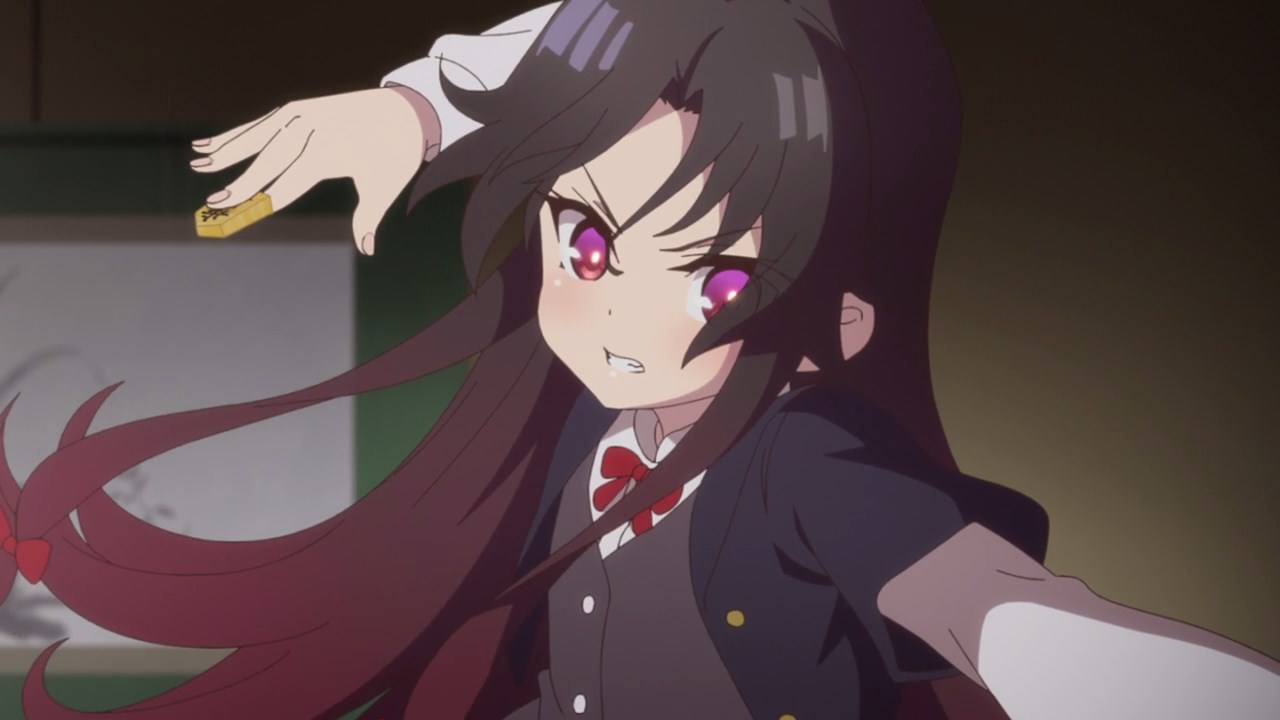 Anyway, he asked Kuzuryuu to train Ai Yashajin as she has talent when it comes to playing shogi, although she’s a bit brash and often play alone or the internet. The reason why Ai Yashajin acted that way is because she lost her parents who are good shogi players, especially her father who is the best amateur player.

In any case, Ai Yashajin not only has talent, but she doesn’t give up when Ai-chan (Man, we got two Ai-chans on this show) is getting focused even in the face of danger. As you can see, her eyes are glowing when Yashajin makes a counter-attack. 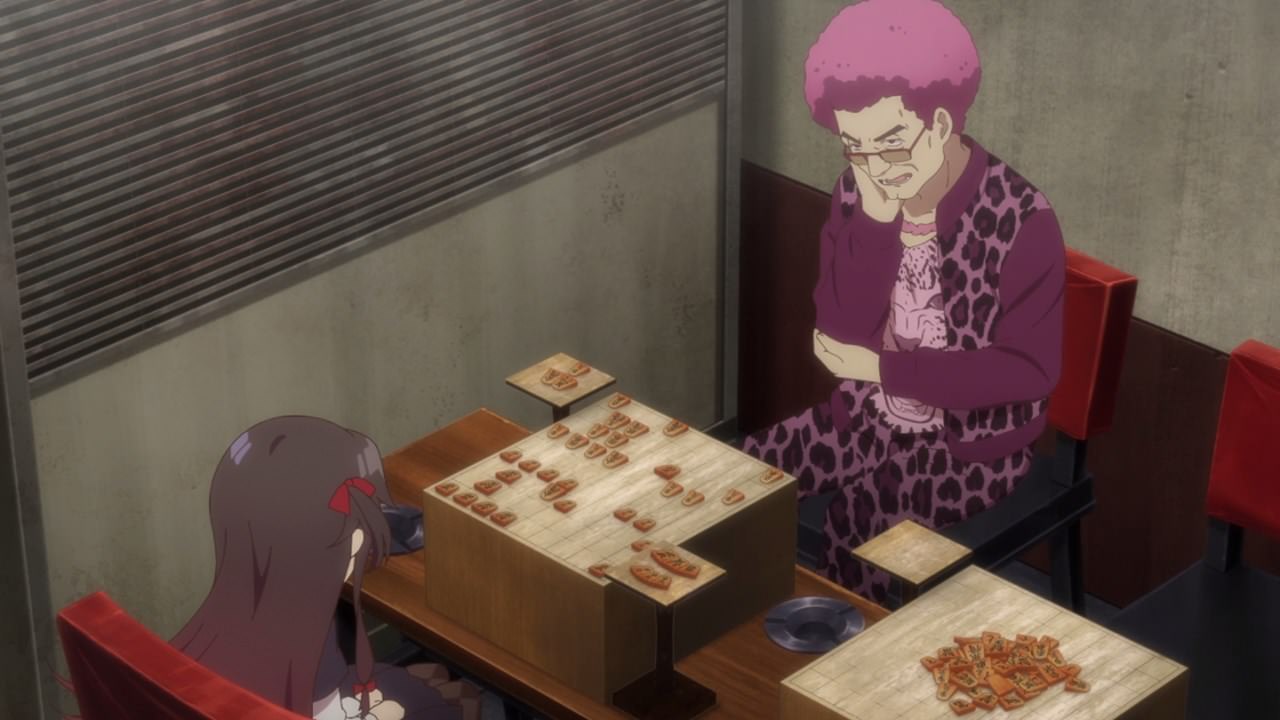 However, her talent isn’t enough as Ai Yashajin plays shogi like a book. In fact, Ai-chan couldn’t play well when facing tricky players like the Female Leopard from the New World district.

Yeah, Yashajin couldn’t believe that she’s playing an old lady with a pink afro. In any case, Ai-chan needs to adapt to situations that might turn the tides of the match against her. 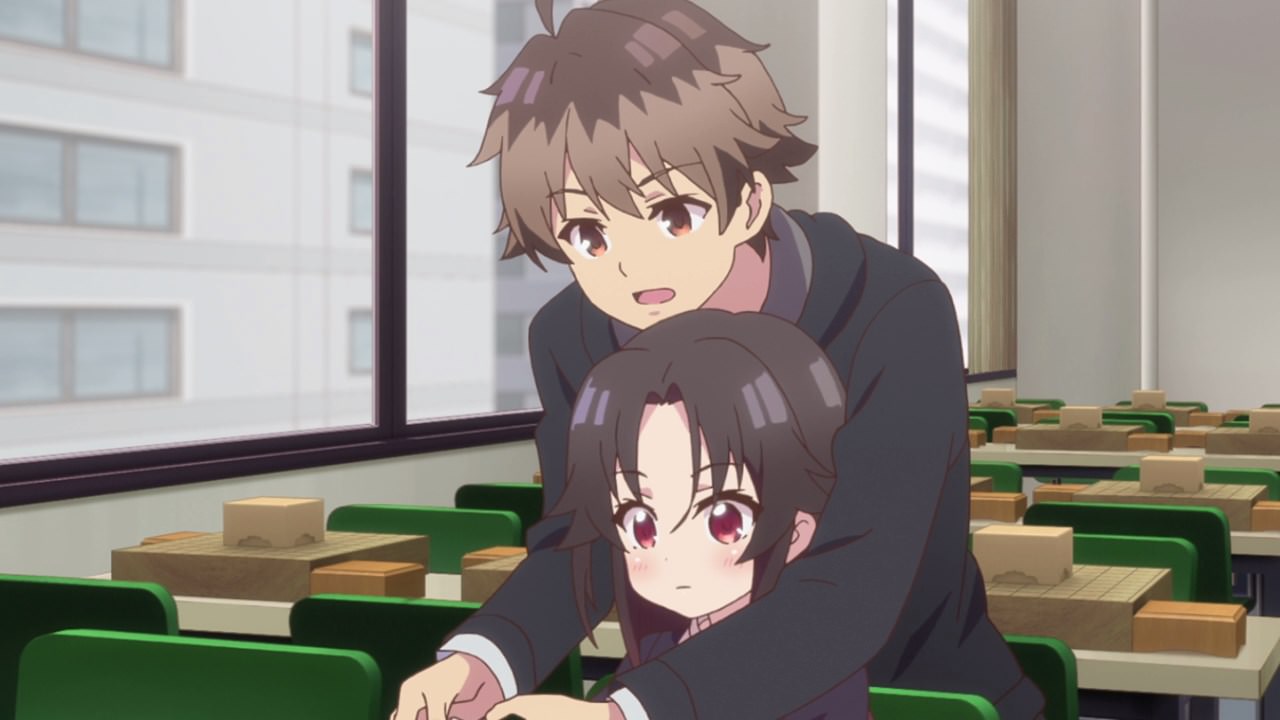 On the other hand, Ai Yashajin is getting friendly towards Yaichi Kuzuryuu after many hours of training. The more time she spends with Yaichi, the better chance that Ai-chan might open up to him.

But you know what, I think it’s time for Ai Yashajin to have a rival or some sort! 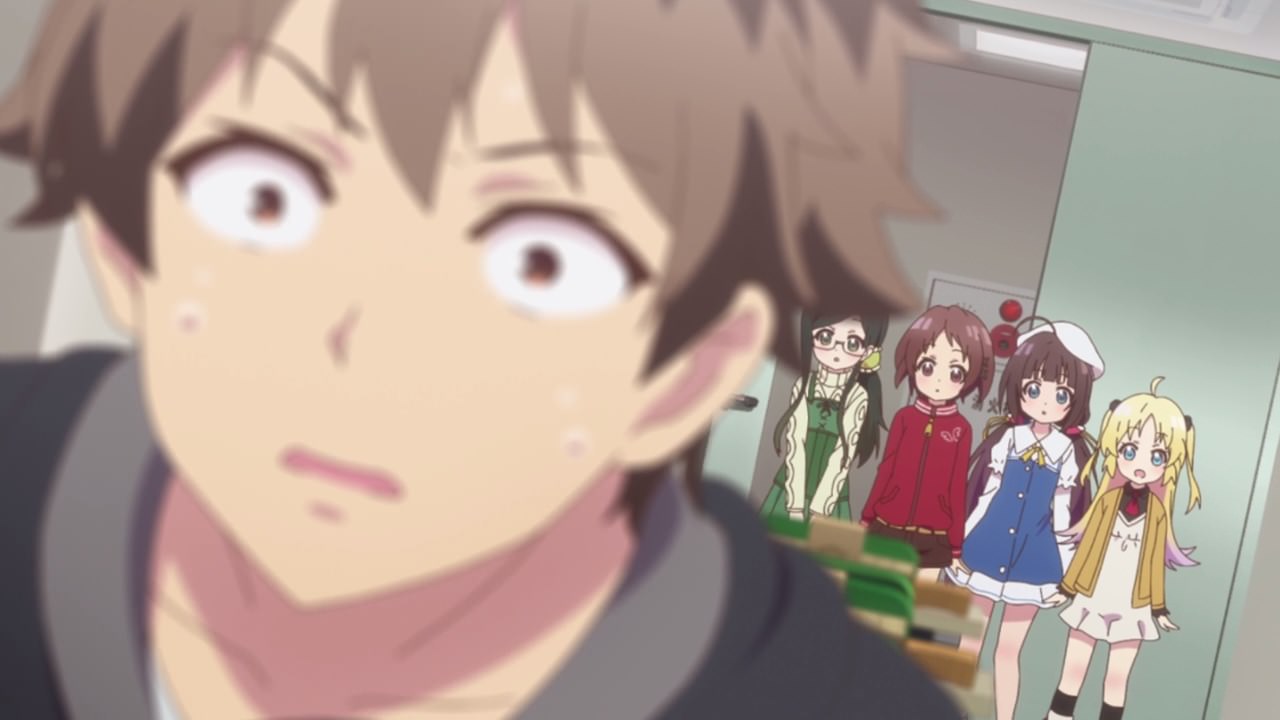 Then again, seems that he should have properly introduce to his disciple Ai Hinatsuru, as she and her friends are here at the shogi dojo unannounced. Oh boy, looks like Ai Hinatsuru will be angry that Yaichi is teaching someone else other than her.

In any case, looks like the two Ai characters will face off next week… And damn, it’s gonna be a big bloodbath between these two girls!