Posted on February 2, 2018 by benigmatica

Well, seems that Outdoors Club are now relaxing at the hot springs as we speak. Then again, I’m hoping that they won’t take too long as Nadeshiko Kagamihara and her clubmates would need to set up camp before evening. 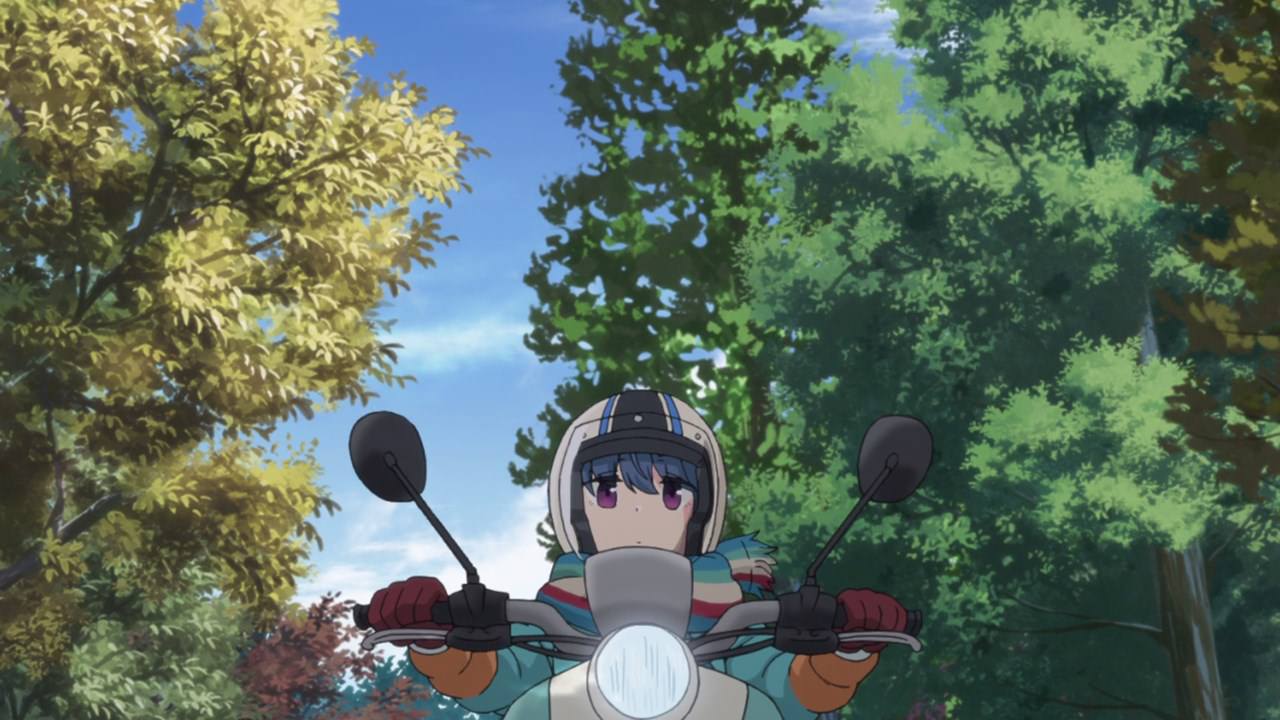 Meanwhile, here’s Rin Shima as she’s now heading to the campsite located at Mt. Takabotchi. Of course, she’s a bit cold after traveling for so long so Rin is hoping for a hot springs there. 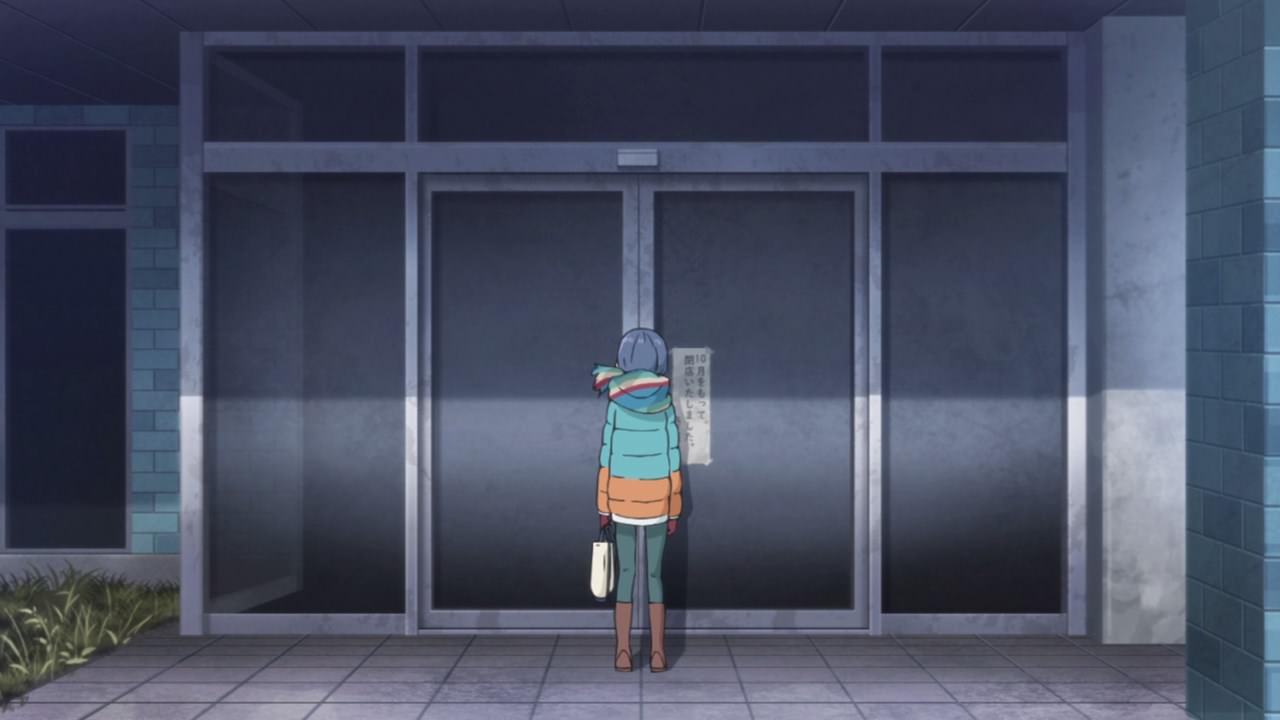 However, Shimarin found out that the hot springs located at the Takabotchi Highlands is closed, or should I say it went bankrupt since October of last year.

Well, that was disappointing coming from Rin as she wants to keep herself warm after a long trip! 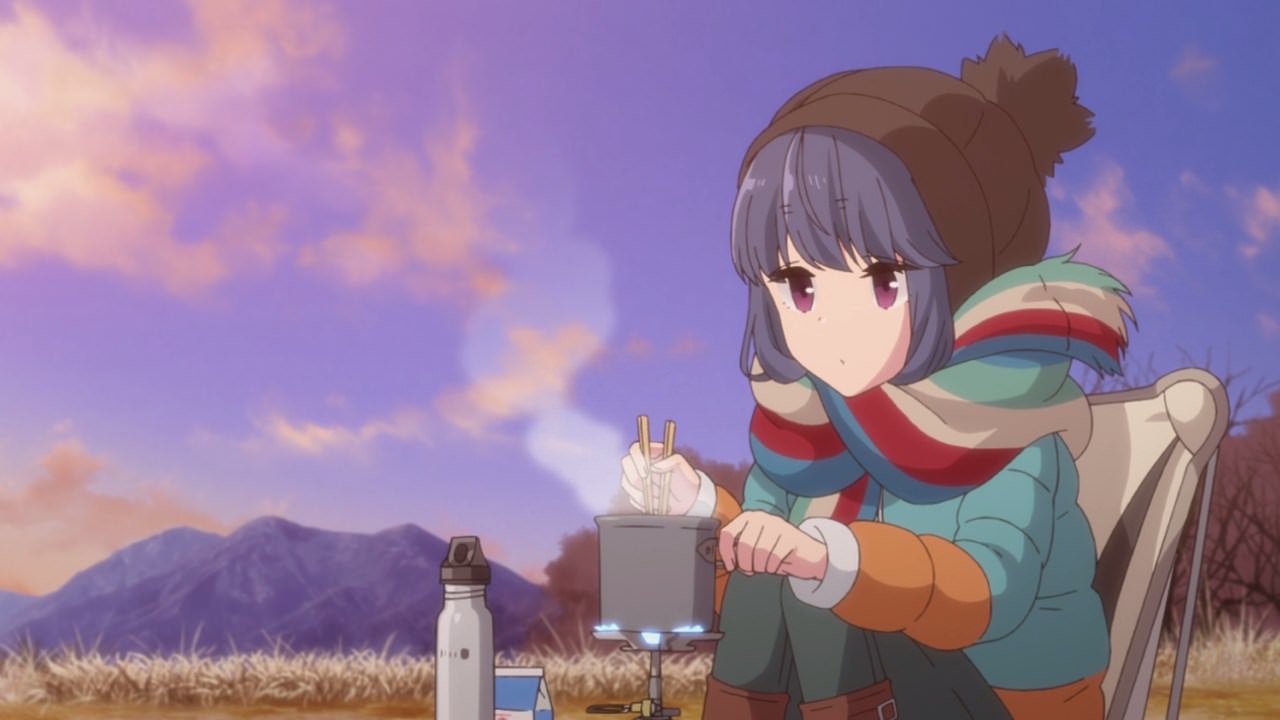 So, she set up camp somewhere at the highlands and decided to cook a pasta-based soup in order to keep herself warm.

Well, at least Rin is not cooking another cup of ramen, even though she like the curry flavor. 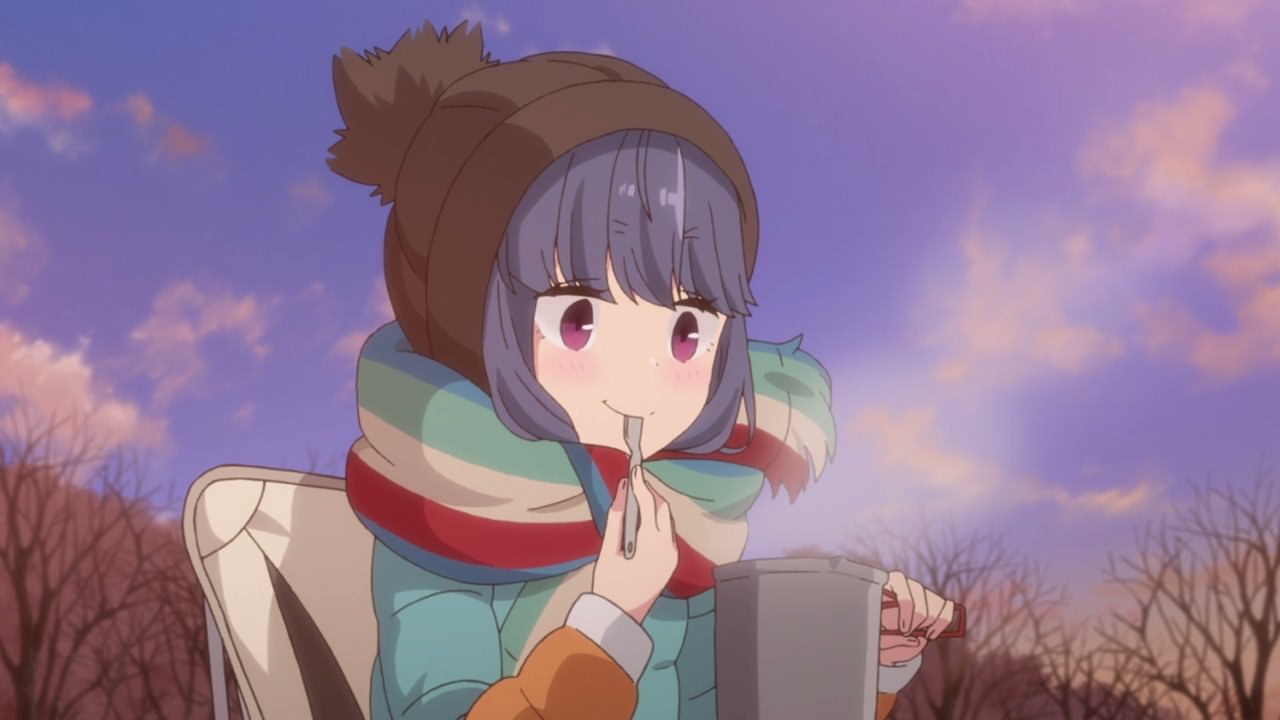 And as for the taste? It’s delicious according to Rin as she managed to eat all of it!

Too bad that she can’t find another hot springs in the end, but Shimarin didn’t lose hope as she’ll find one after a day at the Takabotchi Highlands. 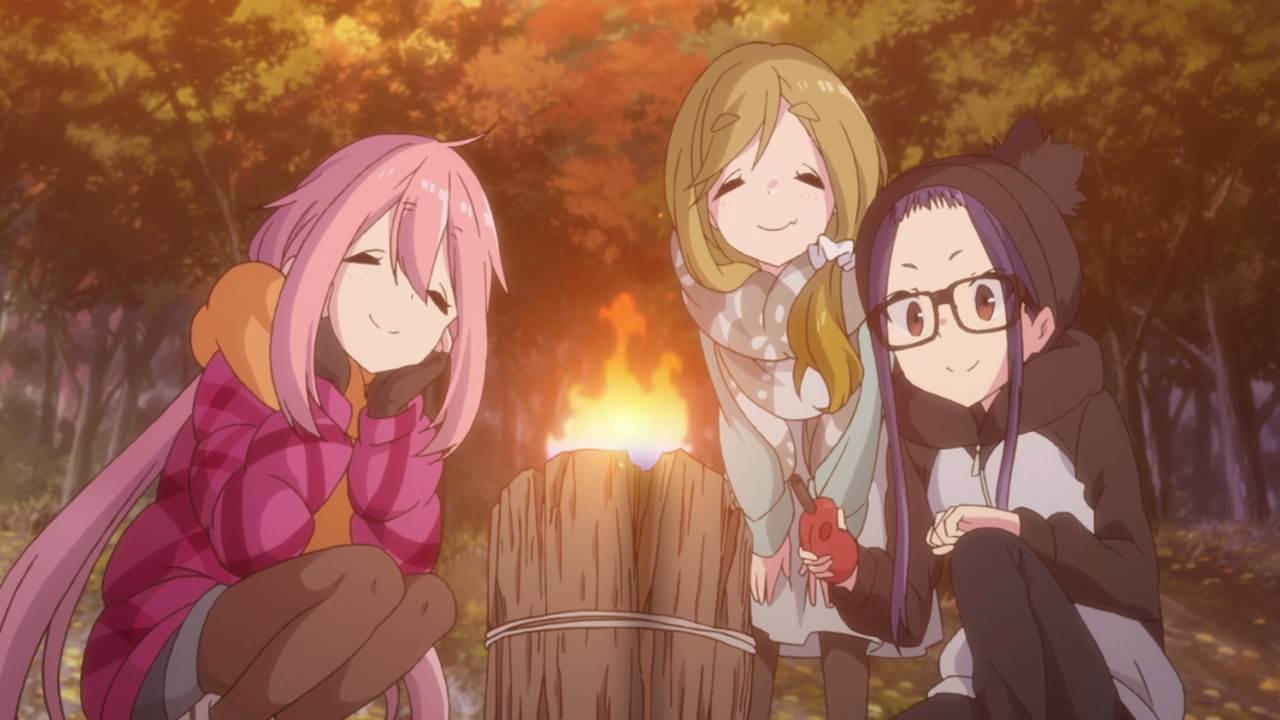 Now let’s go back to the Outdoors Club as they finally set up camp after dozing for a long time. Well, they stayed at the hot springs for too long that these three girls fell asleep until 4 PM.

By the way, Chiaki Oogaki made a Swedish torch by bundling firewood. It’s perfect for cooking on a pot. 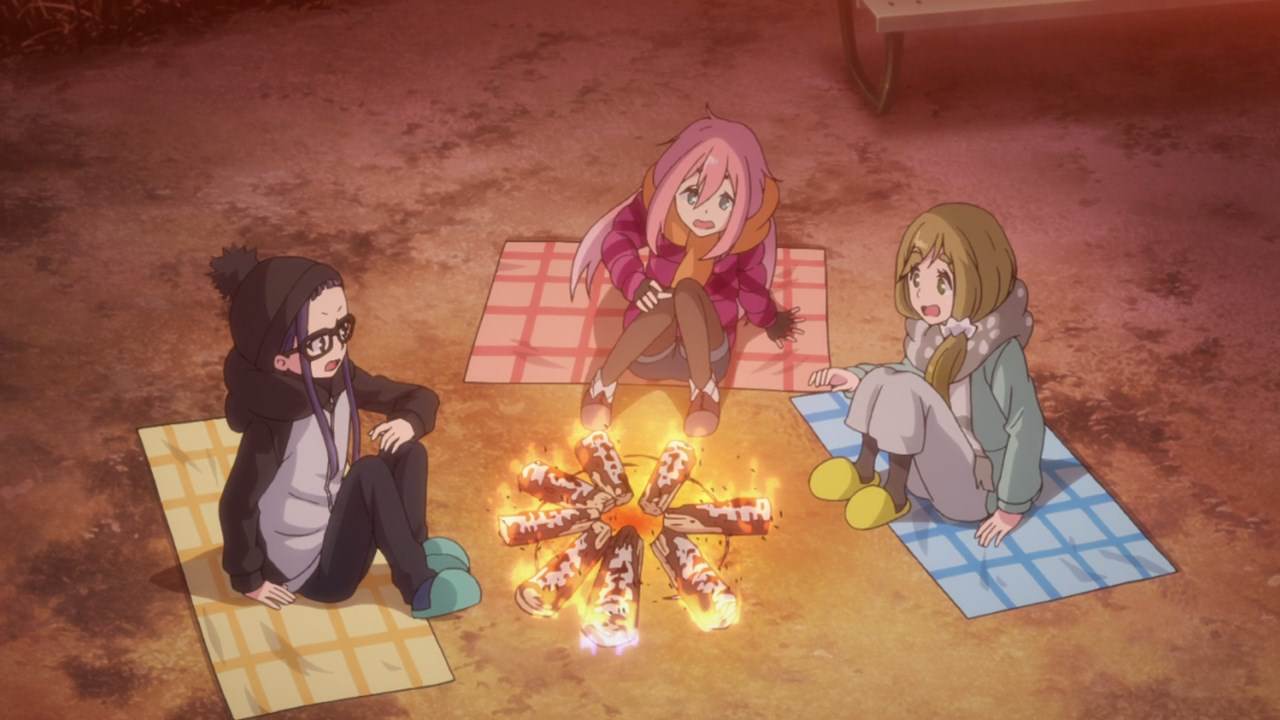 However, turns out that having a thin aluminum wire to hold the firewood all together is not good as the Swedish torch got broken after a few minutes.

Well, at least it didn’t cause a fire hazard as it was swiftly extinguished. On the other hand, Chiaki should bring a thicker wire or have someone cut a log into a lumberjack candle. 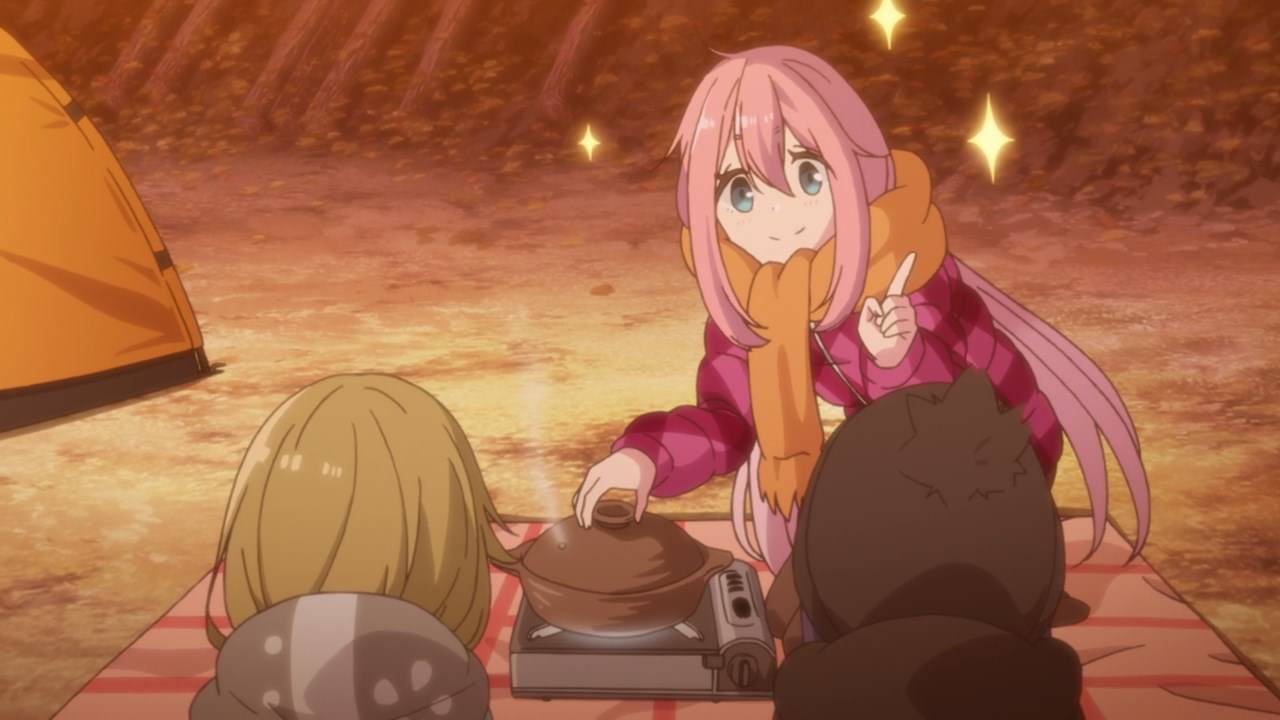 Fortunately for the Outdoors Club, they have their portable stove which is handy as Nadeshiko cooked some curry for dinner. Man, I’m hungry to eat one right away! 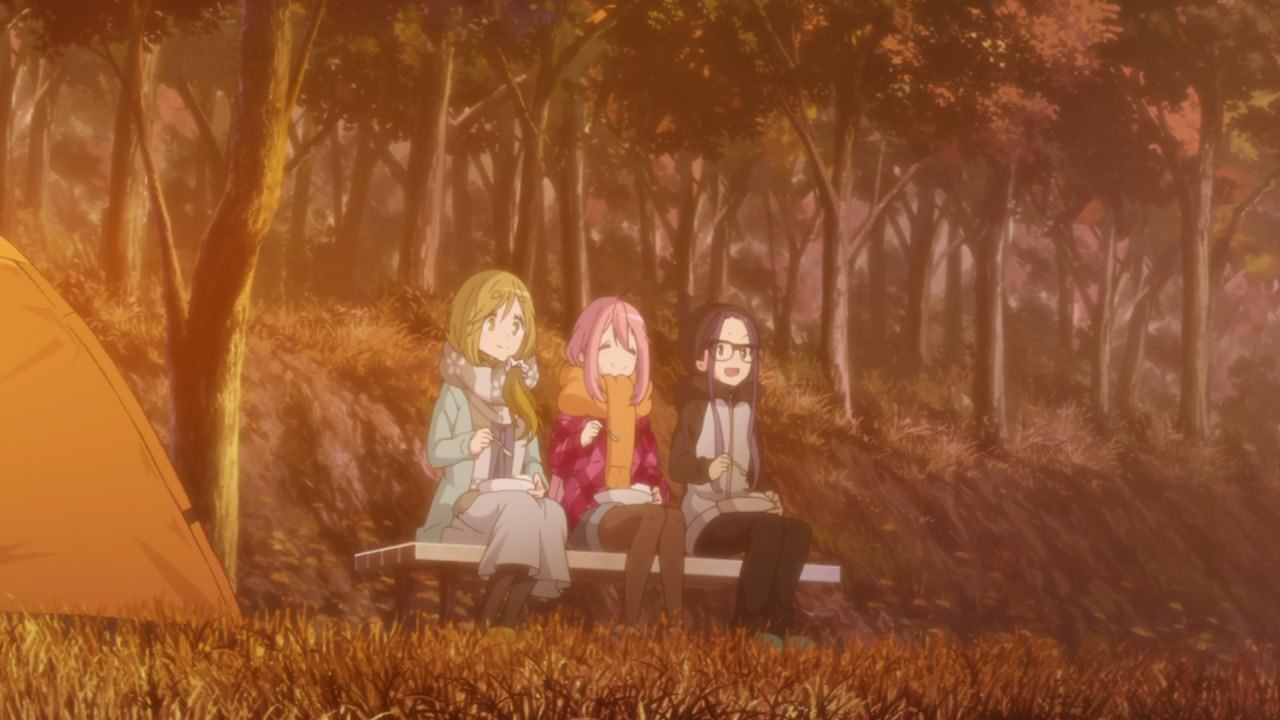 Anyways, I’ll see you next time for more Yuru Camp!