Posted on February 3, 2018 by benigmatica 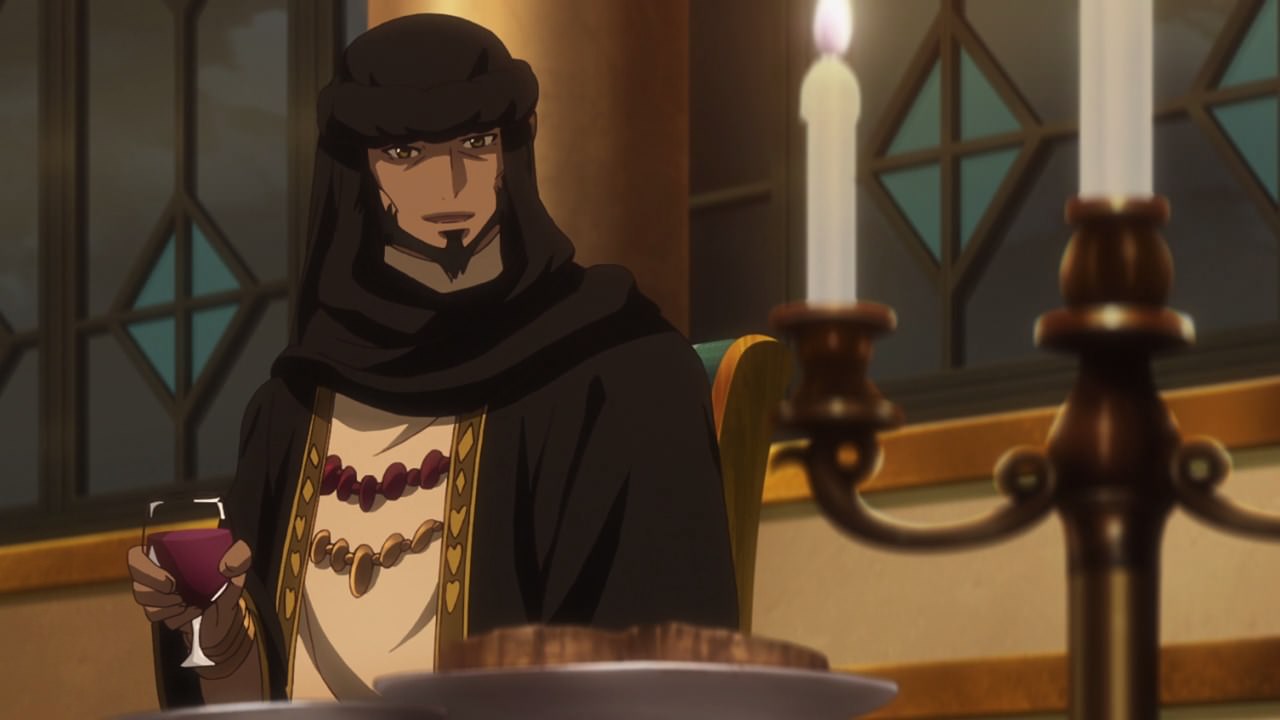 Let’s start this episode as Earl Villar Constance has a special guest at his mansion. This is Lord Milza Kuces from Dartagnia where he’s actually a rival to the Earl of Altirk. Of course, Lord Milza wanted to serve under Earl Villar’s wing once he attained the Emperor’s Holy Seal, but Earl Villar has other plans at the moment and he’s not planning to become an emperor yet.

Disappointed at his answer, Lord Milza Kuces decided to take Earl Villar Constance’s crest, but the earl told him that he’s no match from him. Besides, they’re having a banquet so getting rough on the host is not the best option. 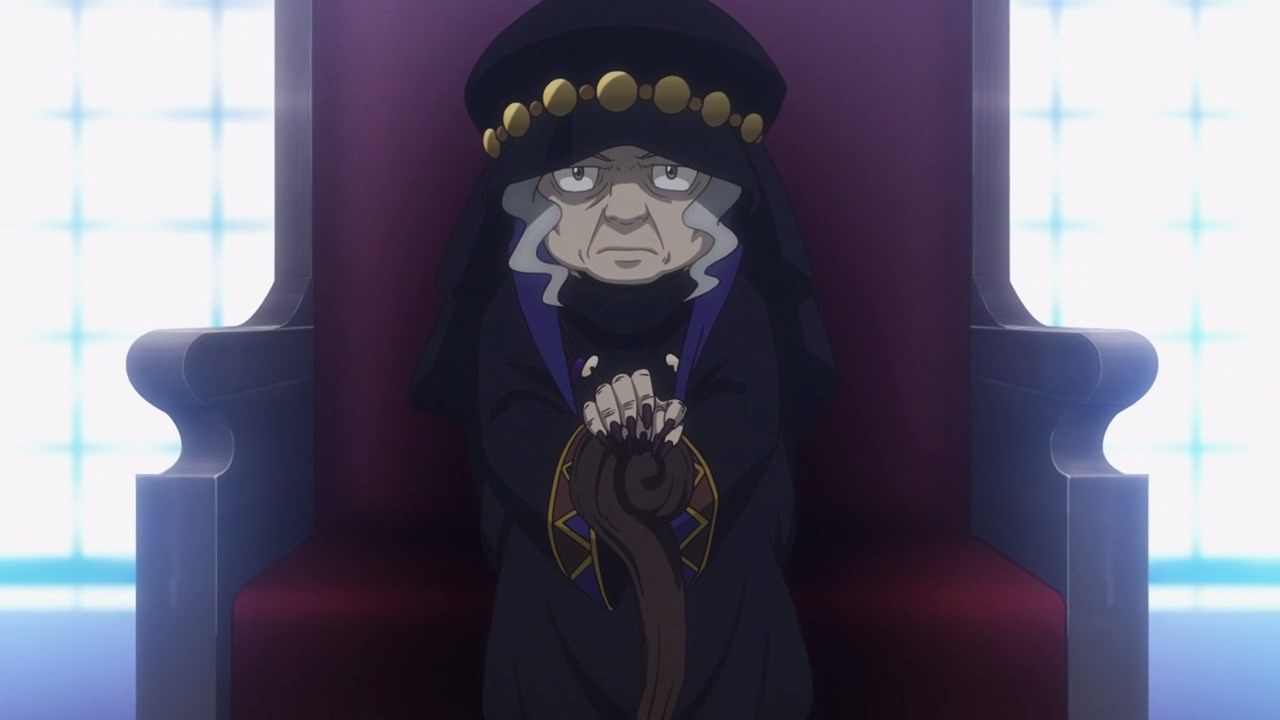 Also, here’s another guest named Zelma, the elder of the White Witches who is concerned that there’s a strife going on between the werewolf clan and the vampire king at the Forest of Eternal Darkness.

In fact, there’s a possibility that a black witch is meddling on their affairs, something that Lady Zelma is worried about it. 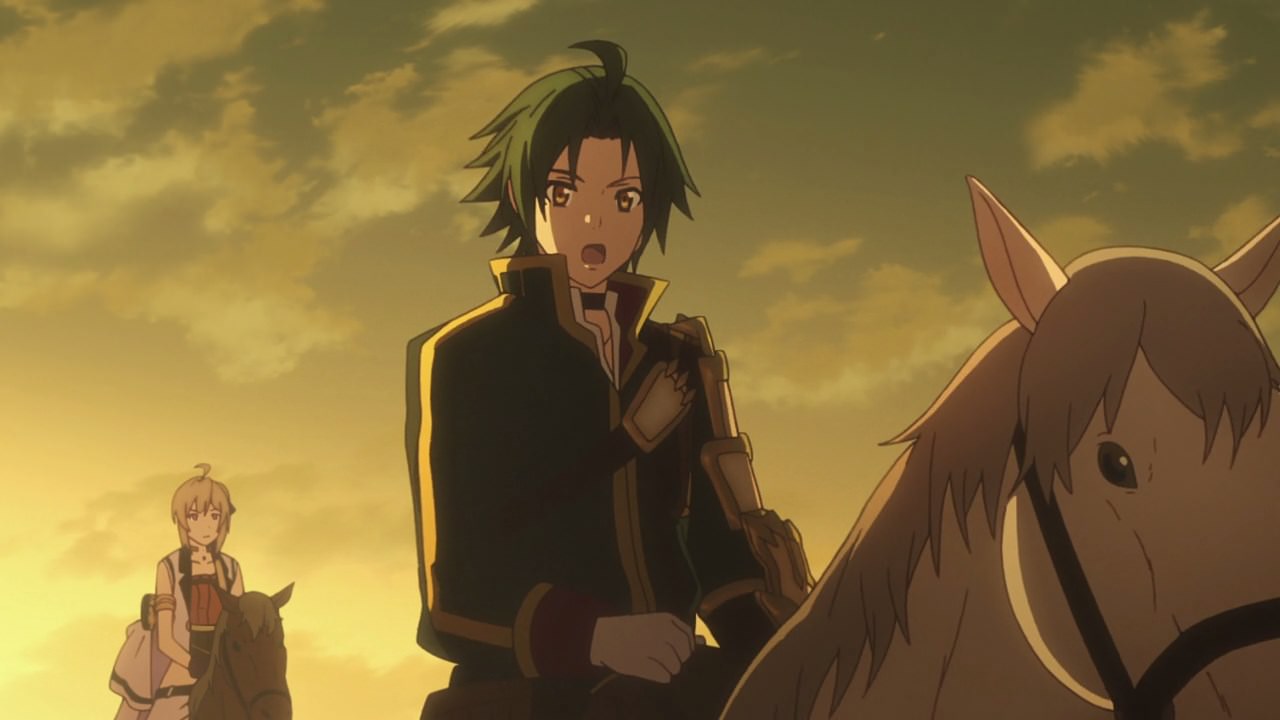 Anyway, Theo Cornaro and Siluca Meletes went to the forest to see the vampire king as emissaries of Earl Villar Constance. 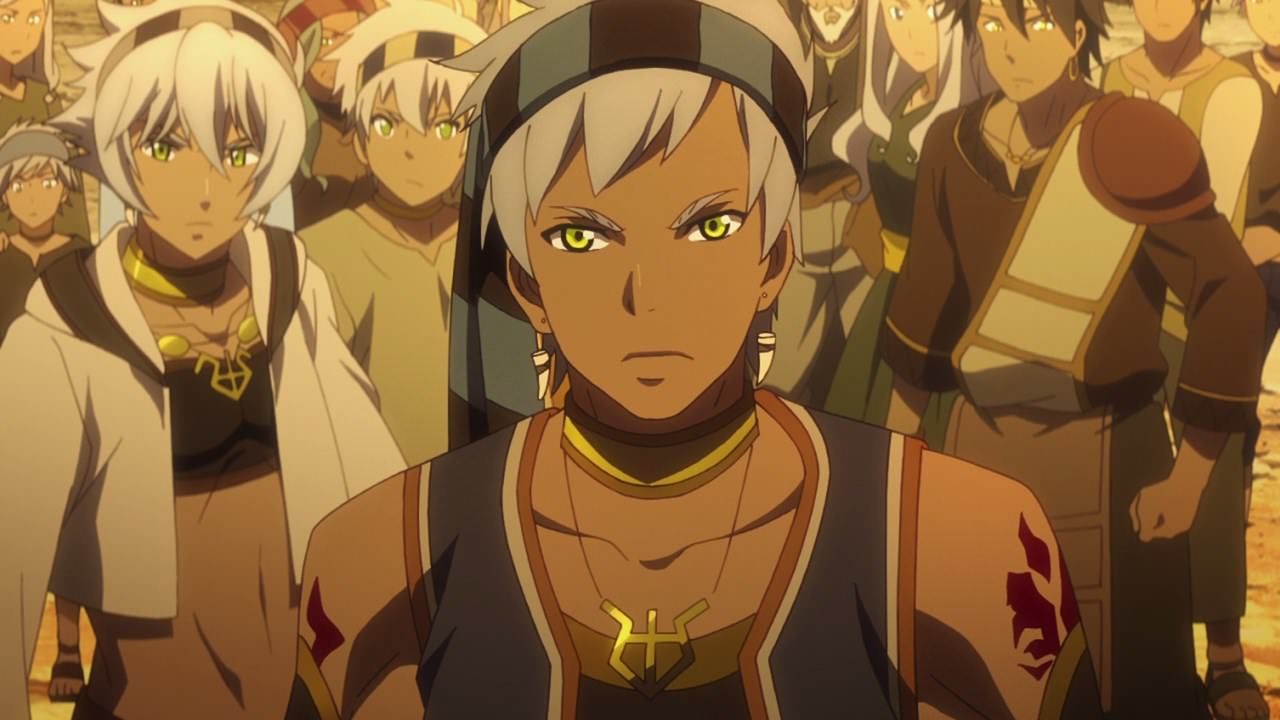 However, they were halted by the werewolf clan as they don’t want Theo and Siluca to go to the forest by themselves.

It’s not like the clan is warning them about going to the Forest of Eternal Darkness, but rather that the werewolves don’t trust both emissaries. It wasn’t until the vampire king intervened and told both Theo Cornaro and Siluca Meletes to come to his castle. 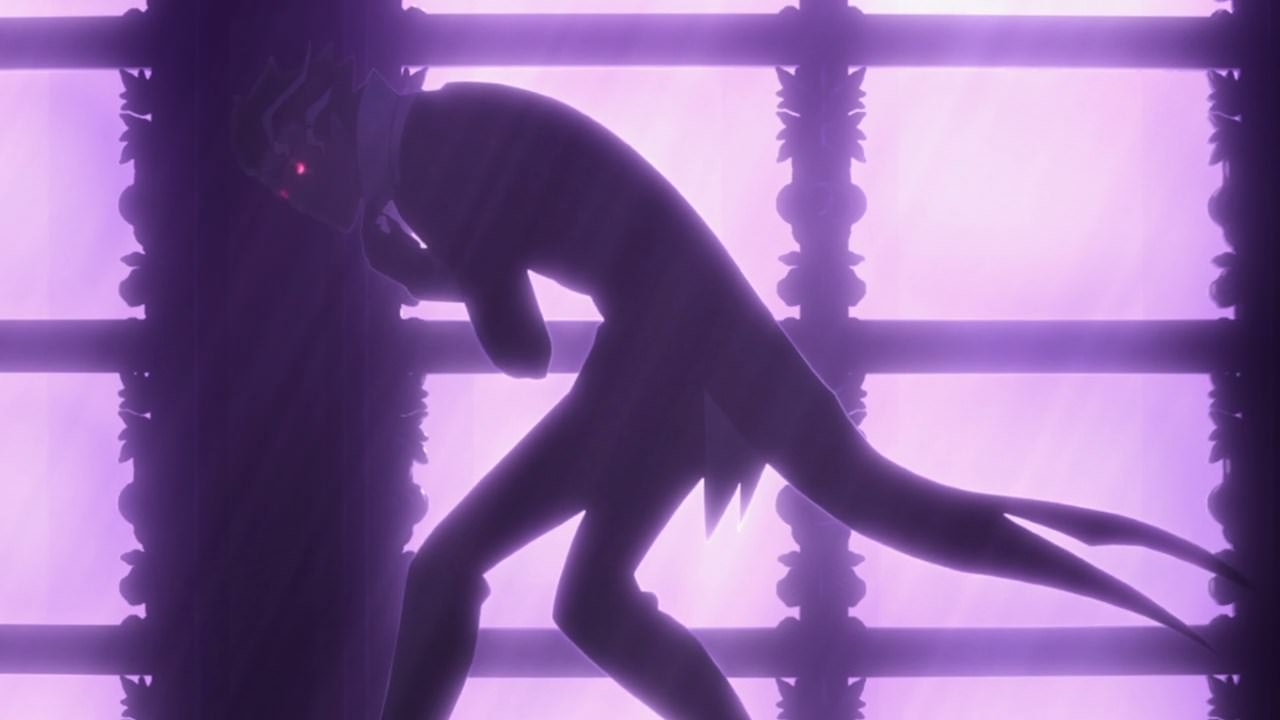 And here’s the king of the vampires himself named Lord Dmitrie, who is still looked very intimidating despite the fact that he help the Werewolf Queen to stop the ultimate chaos from spreading further across the continent.

But now, Lord Dmitrie is bored and so he decides to bring back the chaos once again. Oh yeah, he’s not the one who plotted the Grand Hall Tragedy so Lord Dmitrie did nothing wrong for now. By the way, the vampire king told Theo Cornaro and Siluca Meletes that the Werewolf Queen is at his cellar as Lord Dmitrie takes his leave. 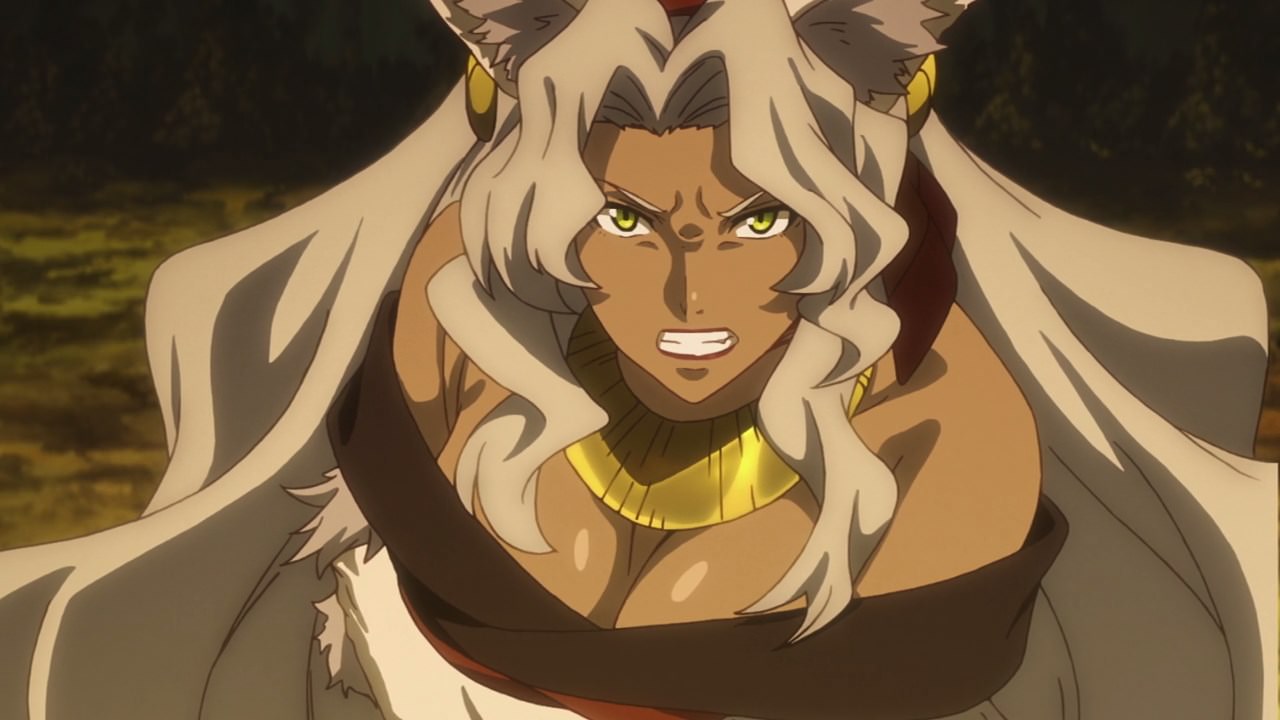 And speaking of the Werewolf Queen, she’s having some trouble as her right hand was cut off… 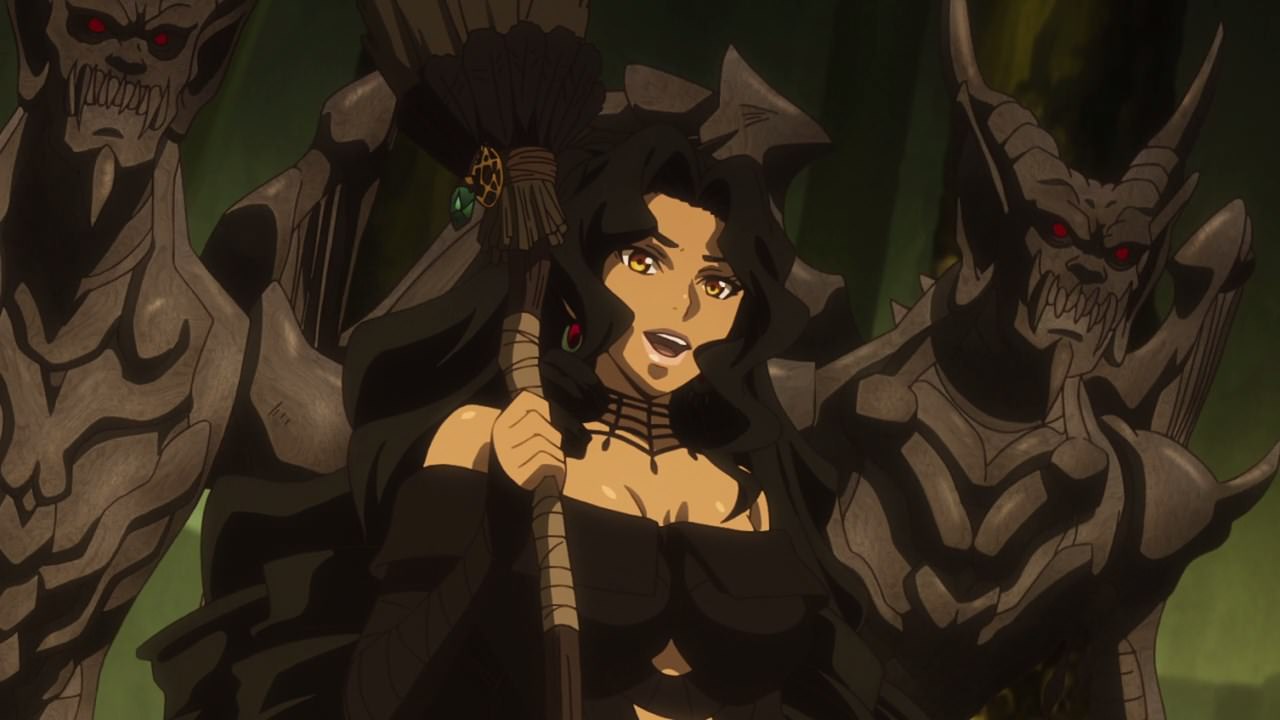 …by this black witch named Yana. Oh, and this witch has taken the queen’s daughters as her hostage.

Well, Lady Zelma is right that a black witch is creating chaos between vampires and werewolves. 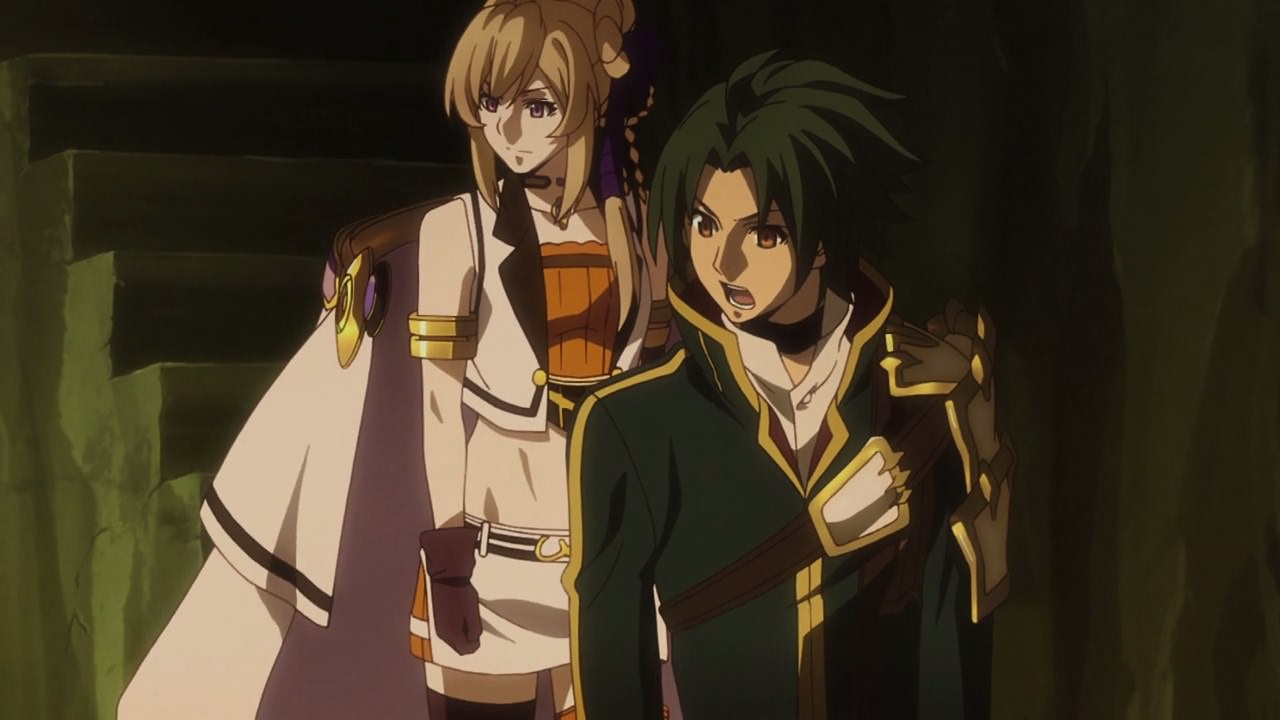 In any case, both Theo and Siluca went to the cellar to see the Werewolf Queen. I mean, they’re concerned about her but I think they need to rescue the queen and her daughters right now… 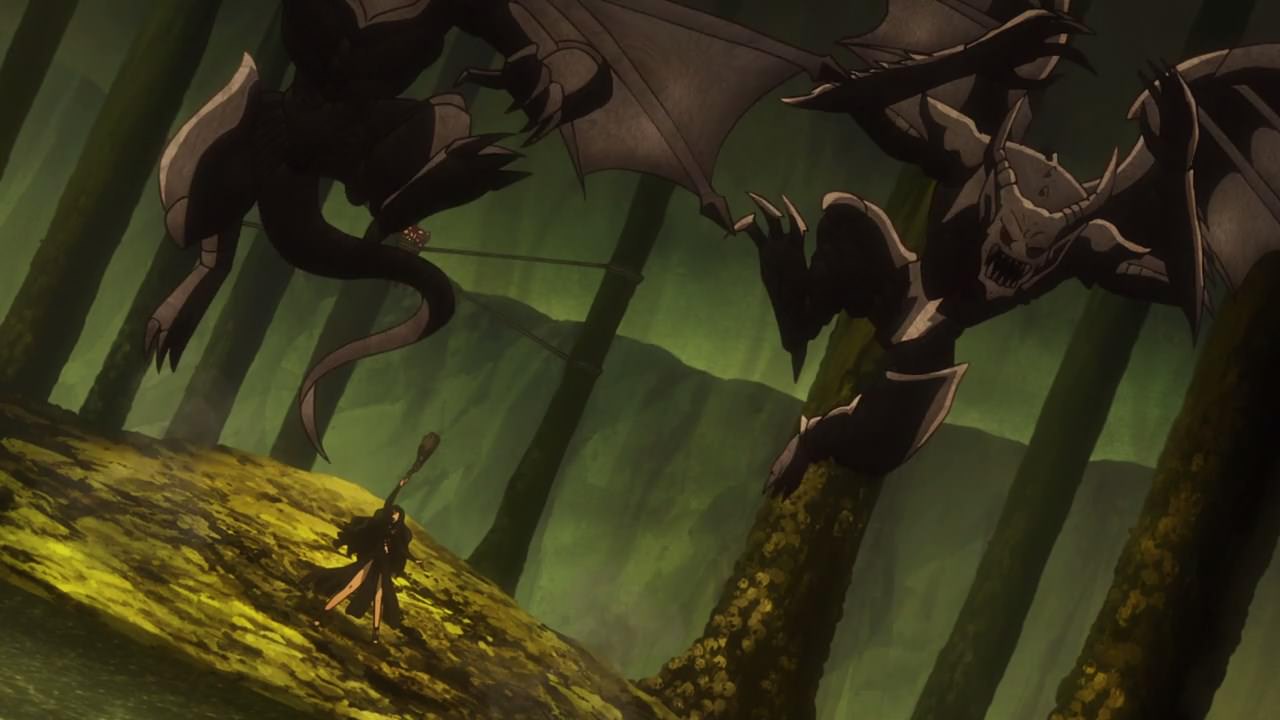 …as Yana ordered her gargoyles to attack both Theo Cornaro and Siluca Meletes. I have to say that the black witch is now considered as the enemy at this point. 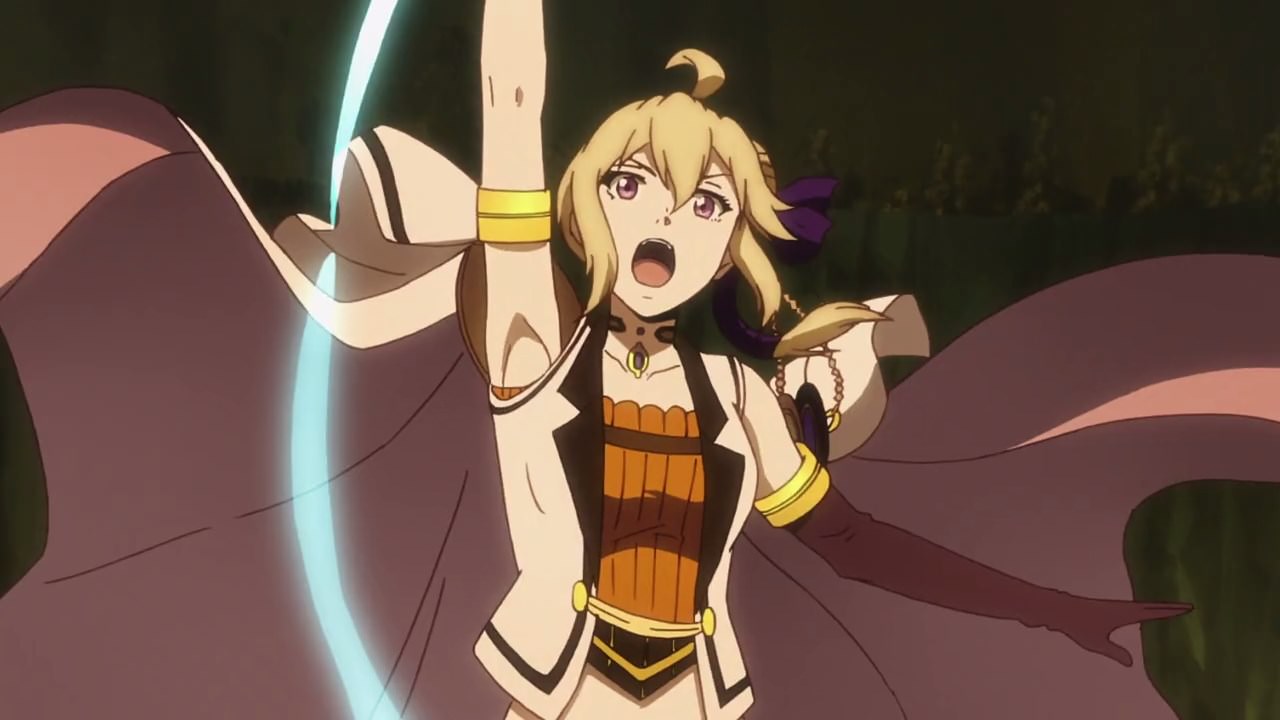 Fortunately for Siluca, she can handle those gargoyles by herself as the mage summoned lightning. 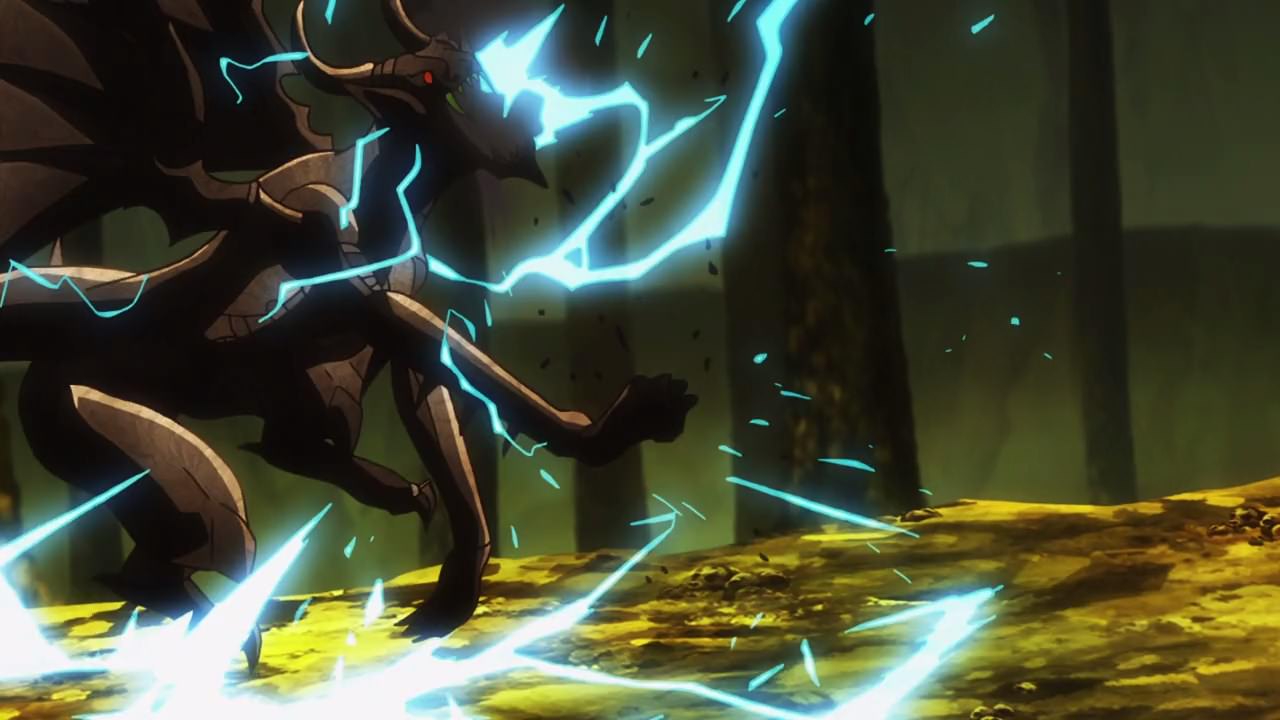 And as you can see, it works well against gargoyles that Yana’s minions are reduced to a pile of rock. 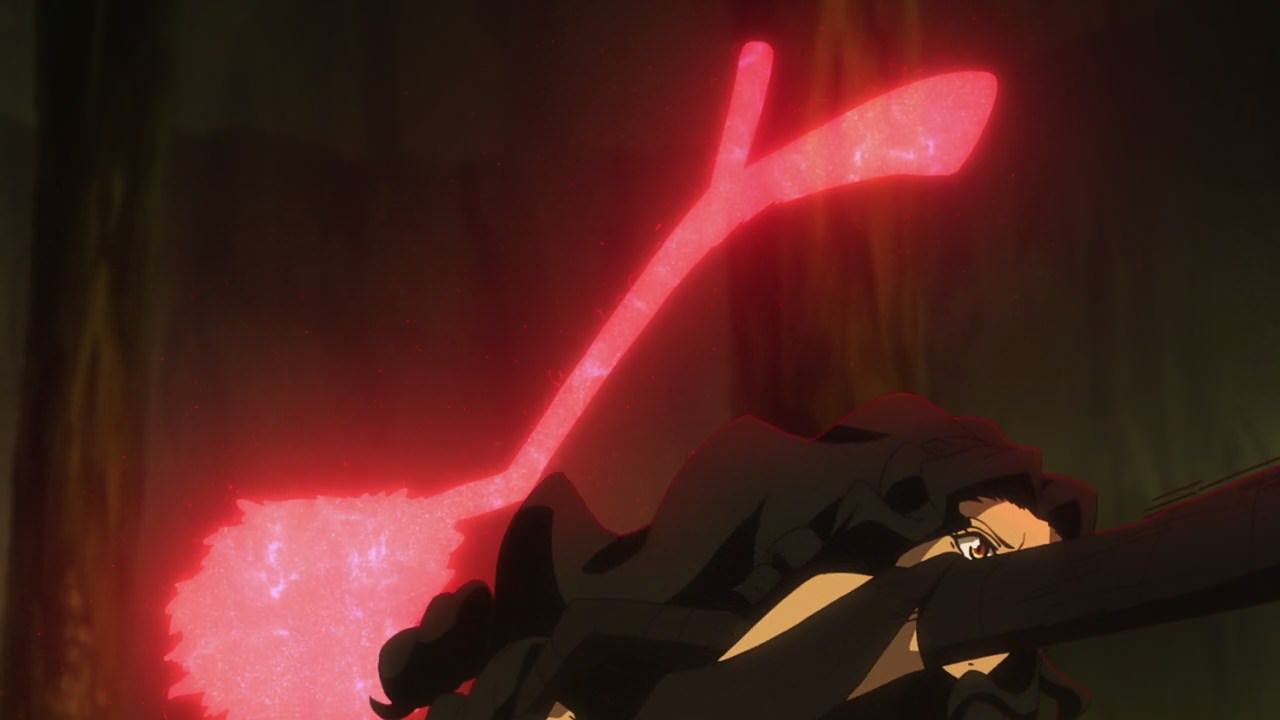 Unfortunately for Siluca Meletes, she’s not prepared to defend against Yana’s attacks as the black witch used her broom to fling at the mage. 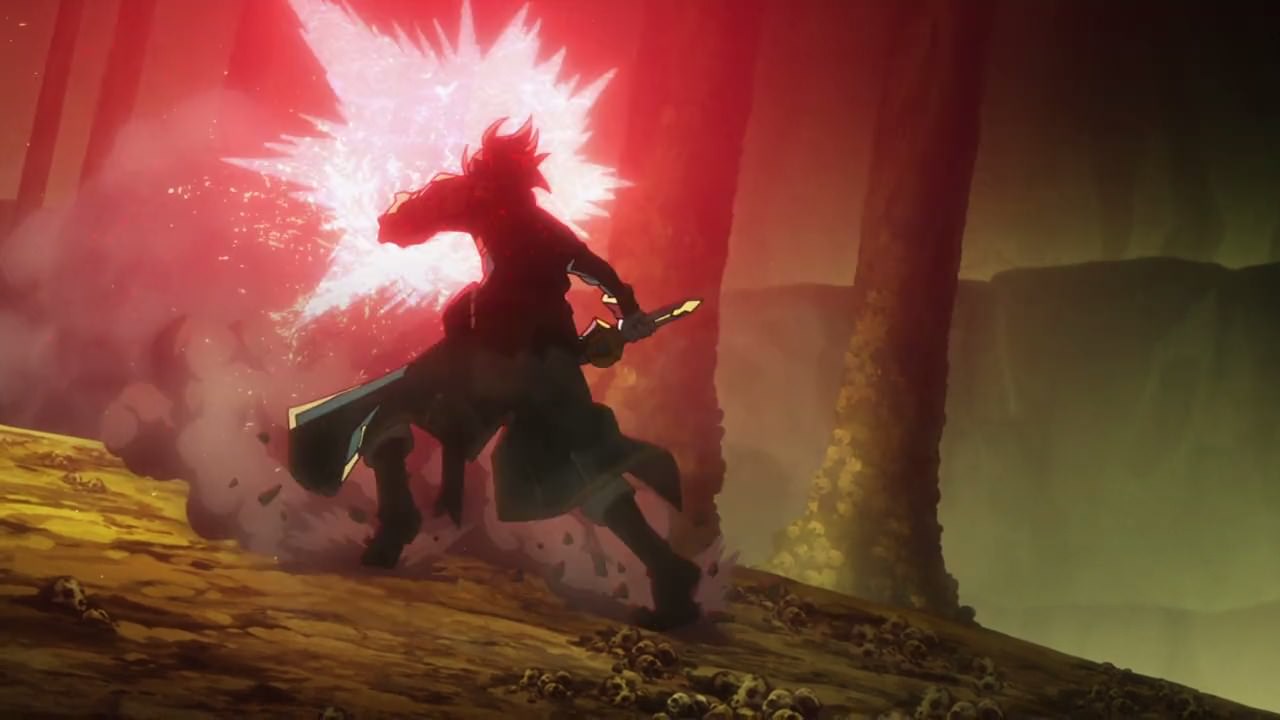 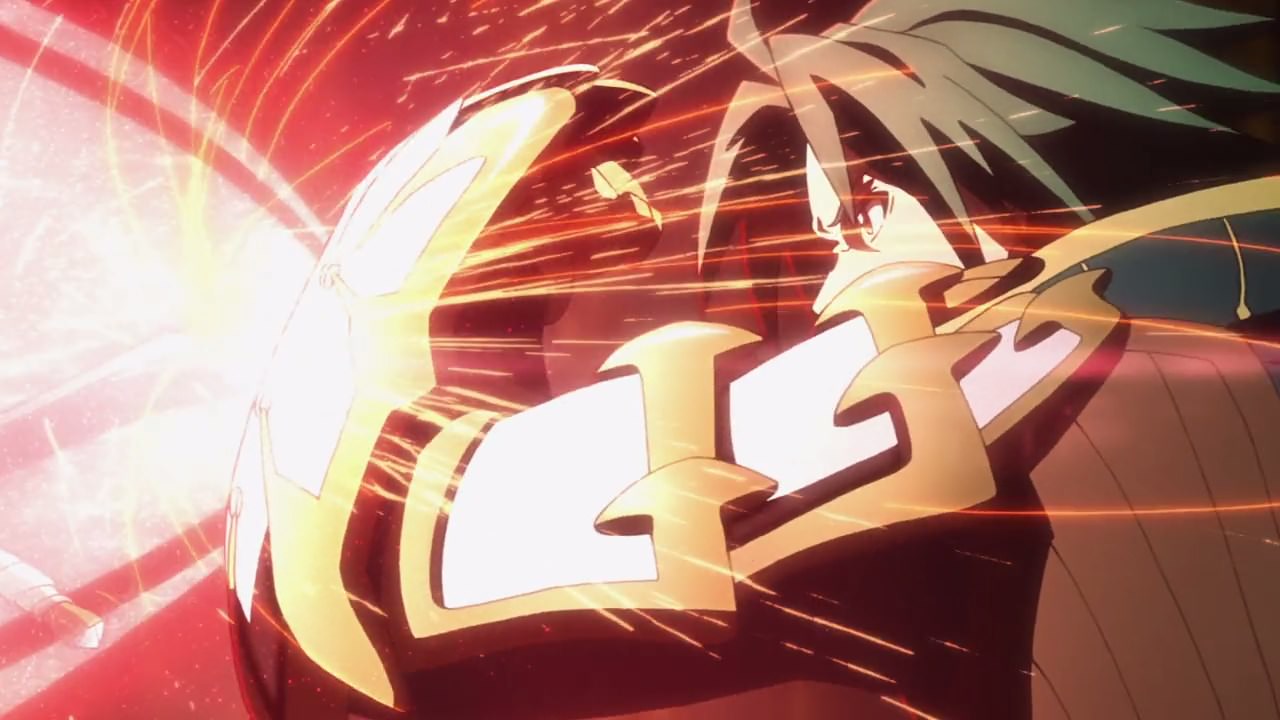 Luckily, there’s Theo Cornaro as he stepped in to guard Siluca with his left arm gauntlet. Way to go there, Theo! 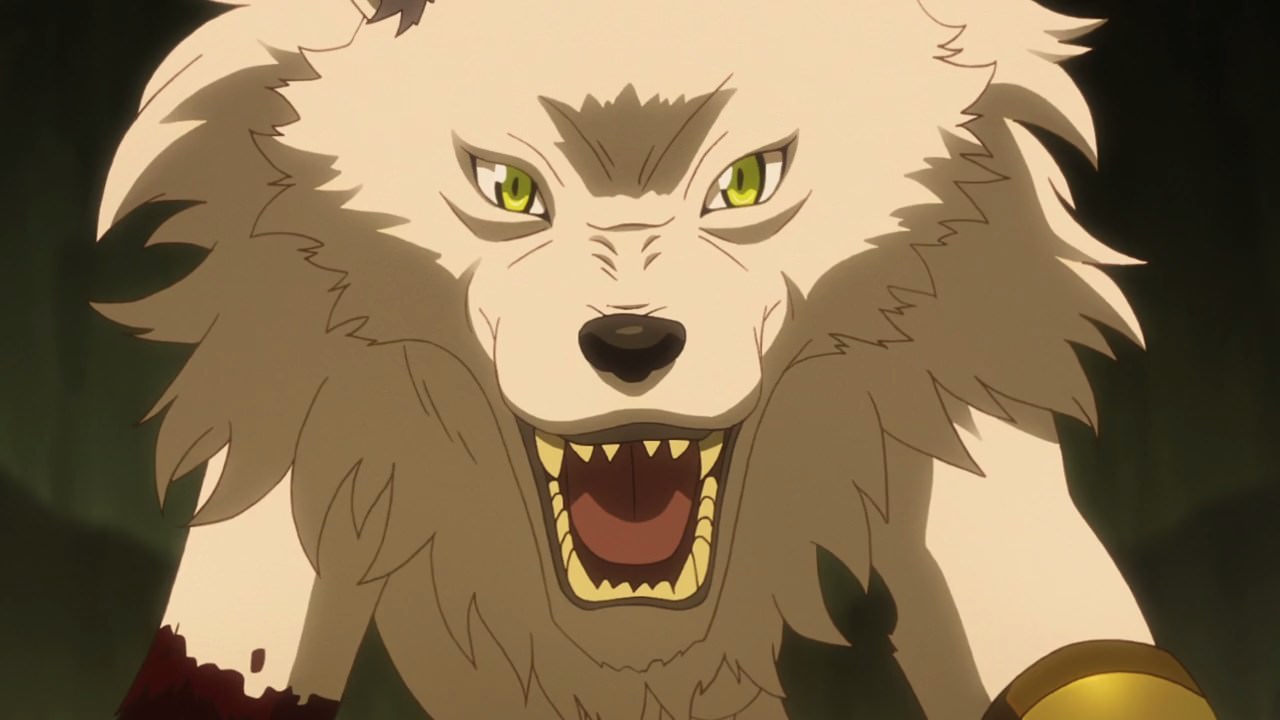 Meanwhile, here’s the Werewolf Queen as she went to attack the black witch! 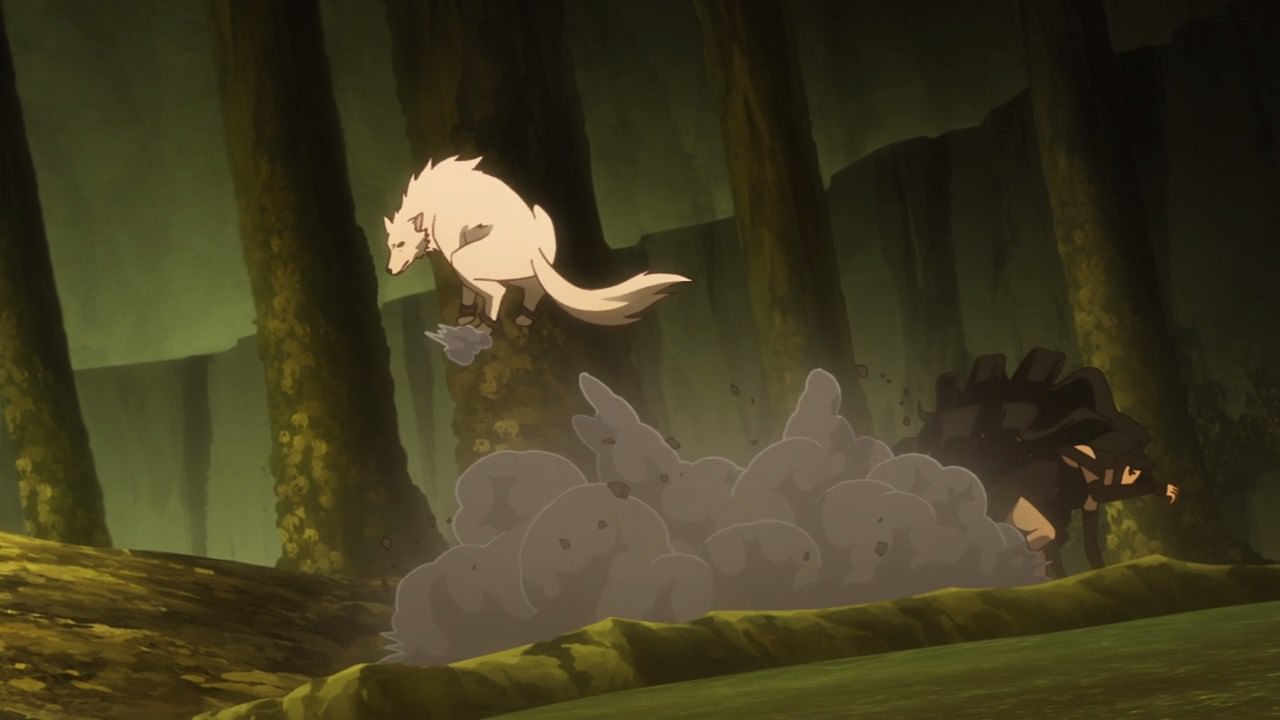 However, she decided not to attack Yana because she lost her right foreleg/arm… 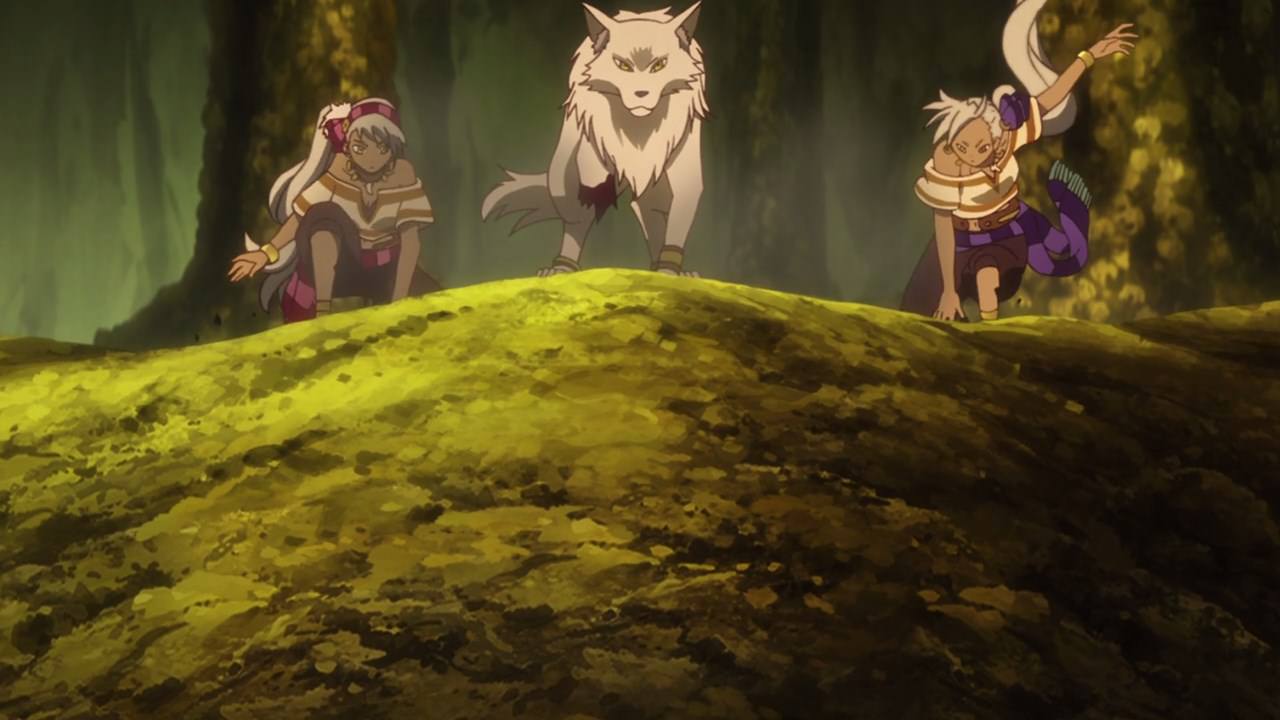 …as the Werewolf Queen freed her daughters Emma and Luna instead. C’mon, she doesn’t like her daughters getting hurt or even killed. 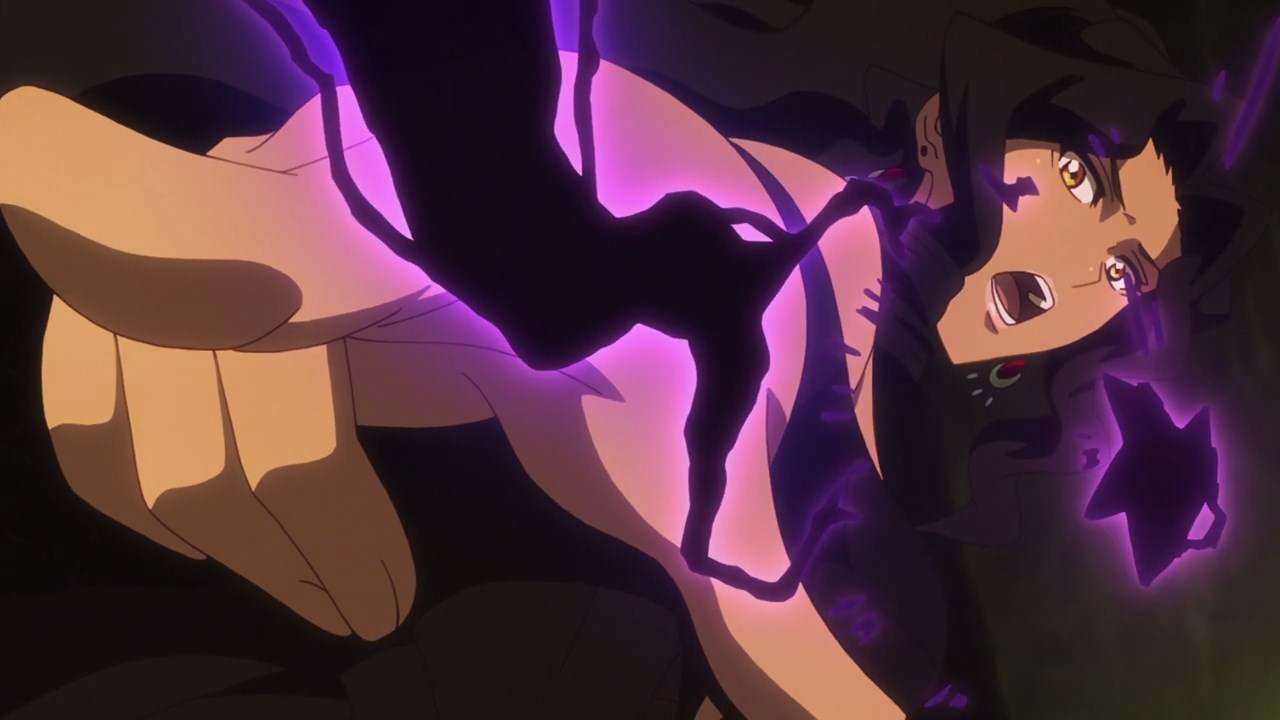 Ticked by the queen’s actions, Yana casts magic against the Werewolf Queen and her daughters, but I don’t think it’ll be effective against them… 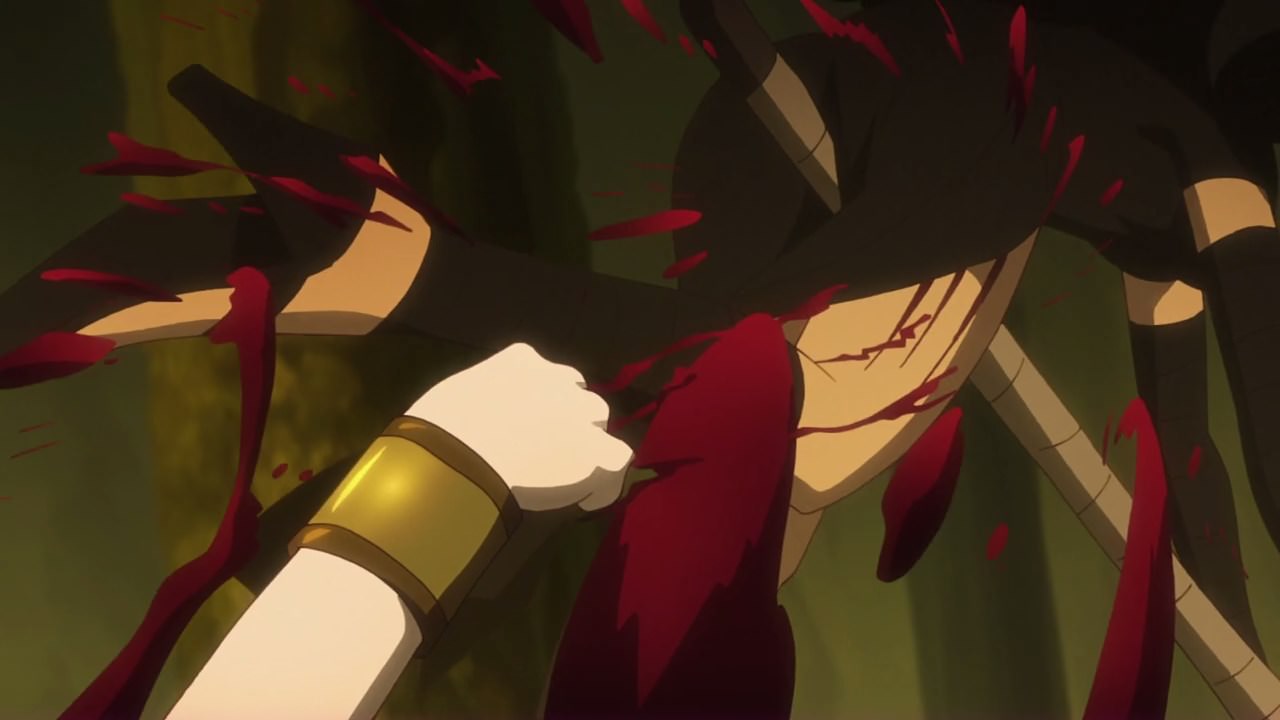 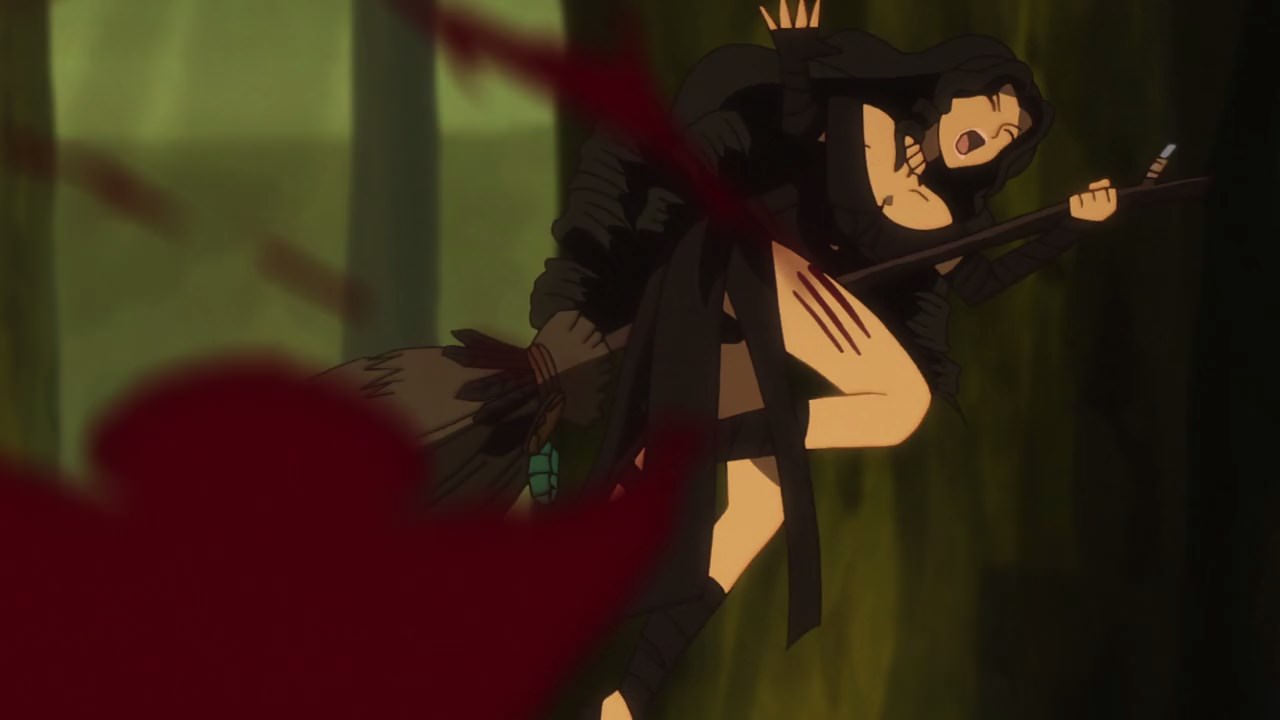 Unfortunately for the black witch, her reign of terror ends as Yana retreats for now. 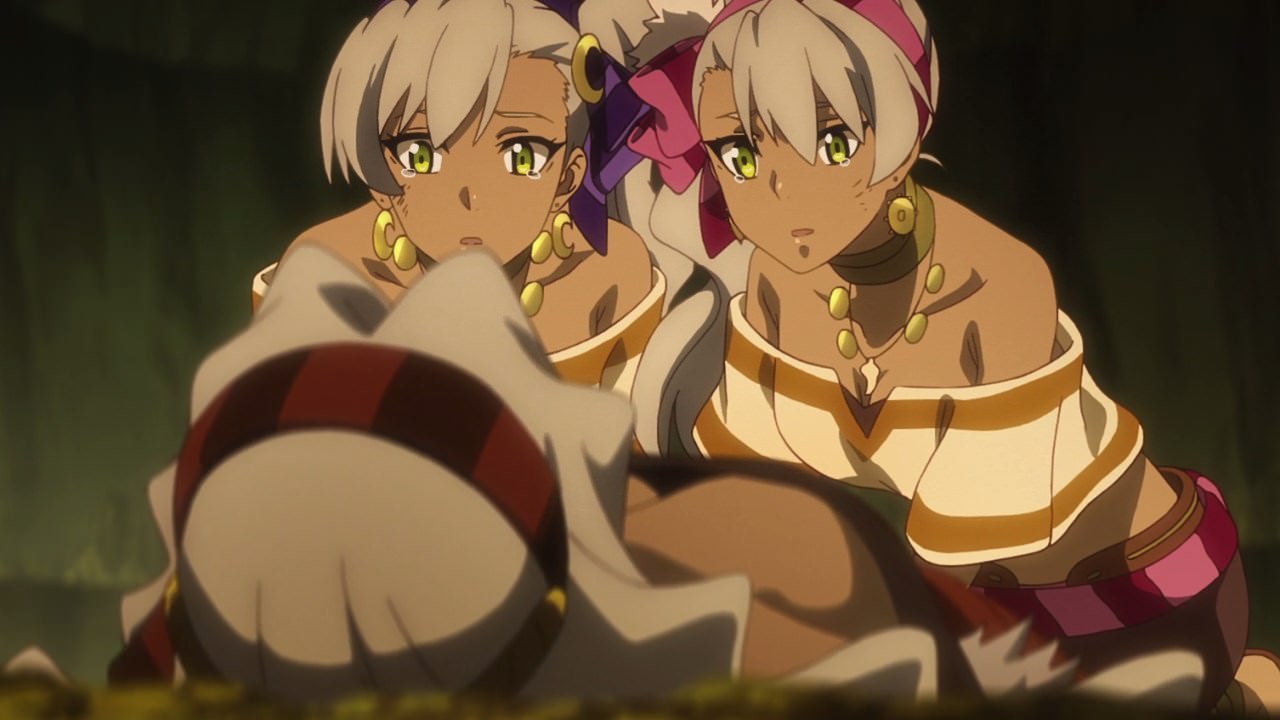 But for the Werewolf Queen, it seems that her time is up as she told both Emma and Luna to stay strong and wise no matter what.

Afterwards, the Werewolf Queen took her last breath and dies on the spot. At this moment, it seems that both Theo and Siluca failed to rescue the queen from being killed by the black witch. 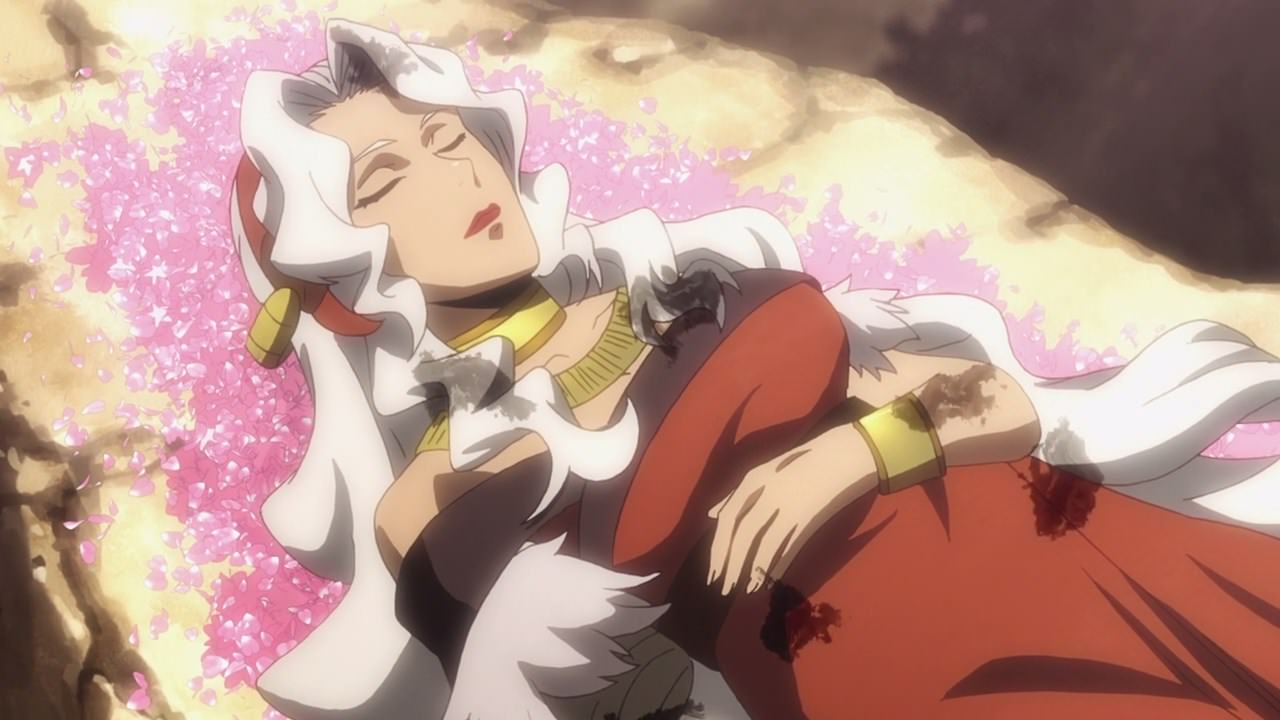 However, it seems that both emissaries managed to save the queen’s soul as the leader of the werewolf clan turns into an essence of her body. 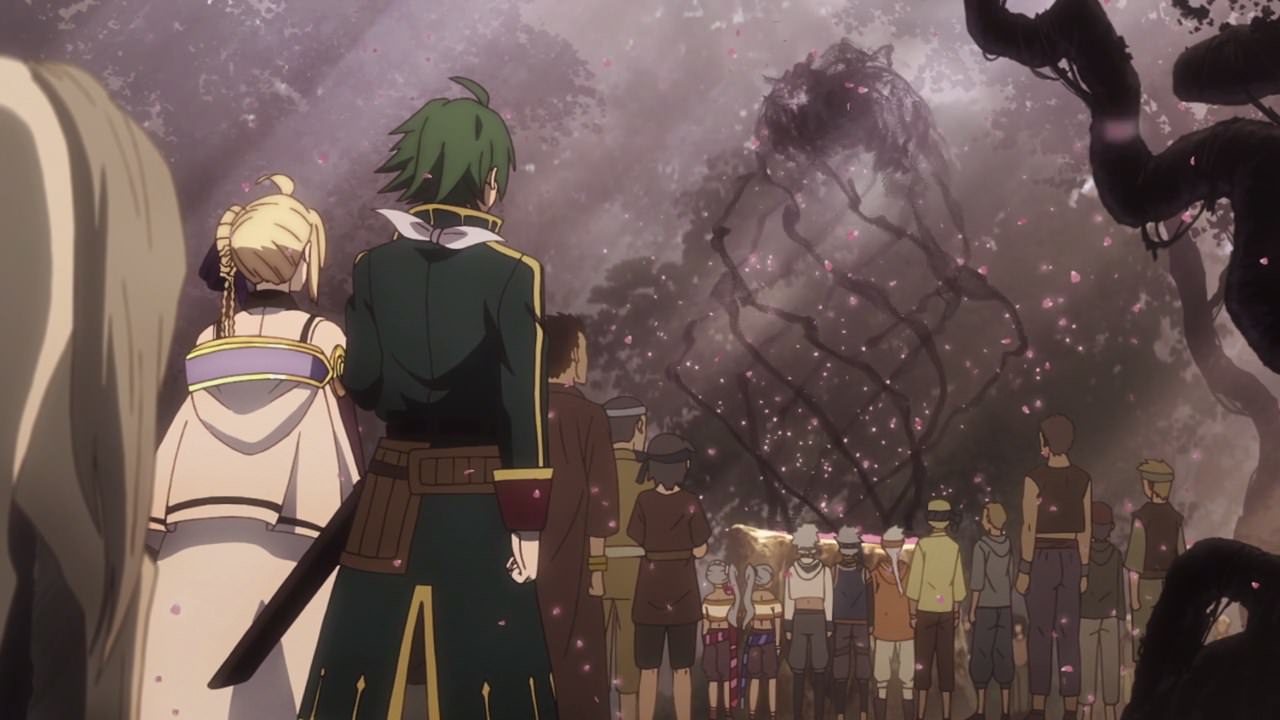 For the werewolf clan, it was a somber moment as they lost their wise queen on which she sacrifice her life to save her daughters from harm. They’ll surely miss the Werewolf Queen. 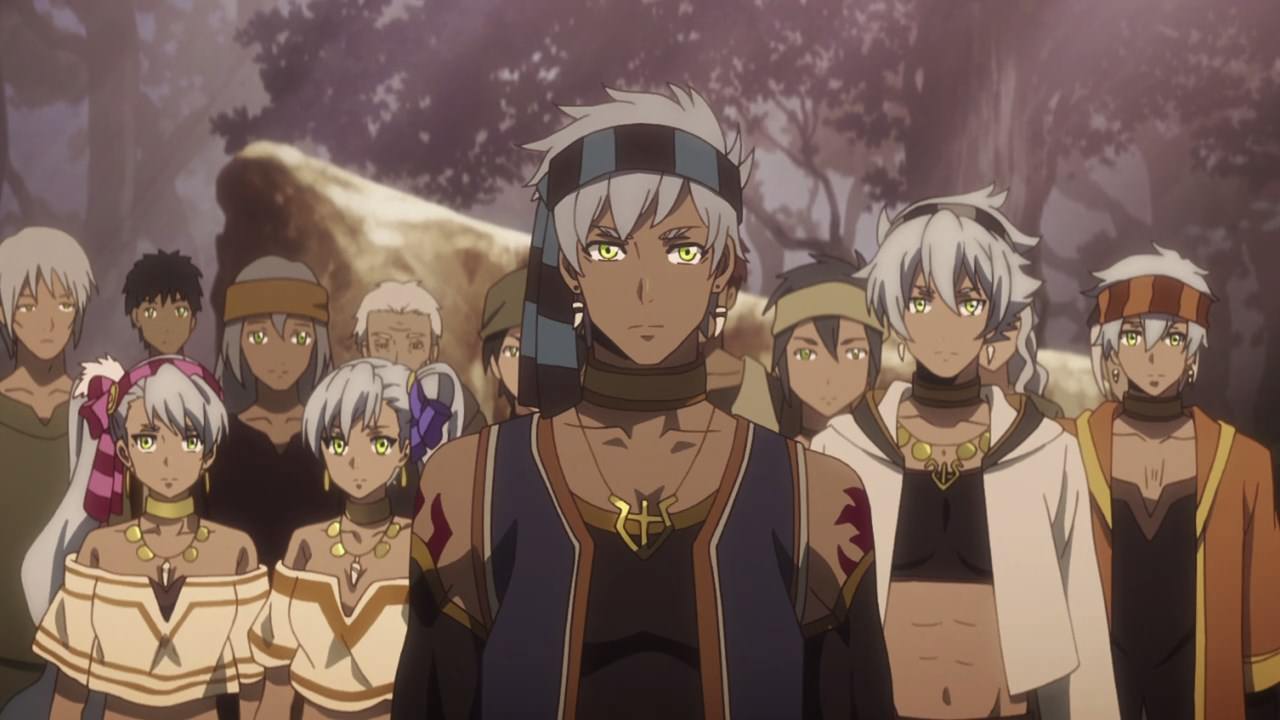 On the other hand, seems that the clan is thankful for saving the queen’s soul and her two daughters as Ion decided to forge an alliance with Theo Cornaro. 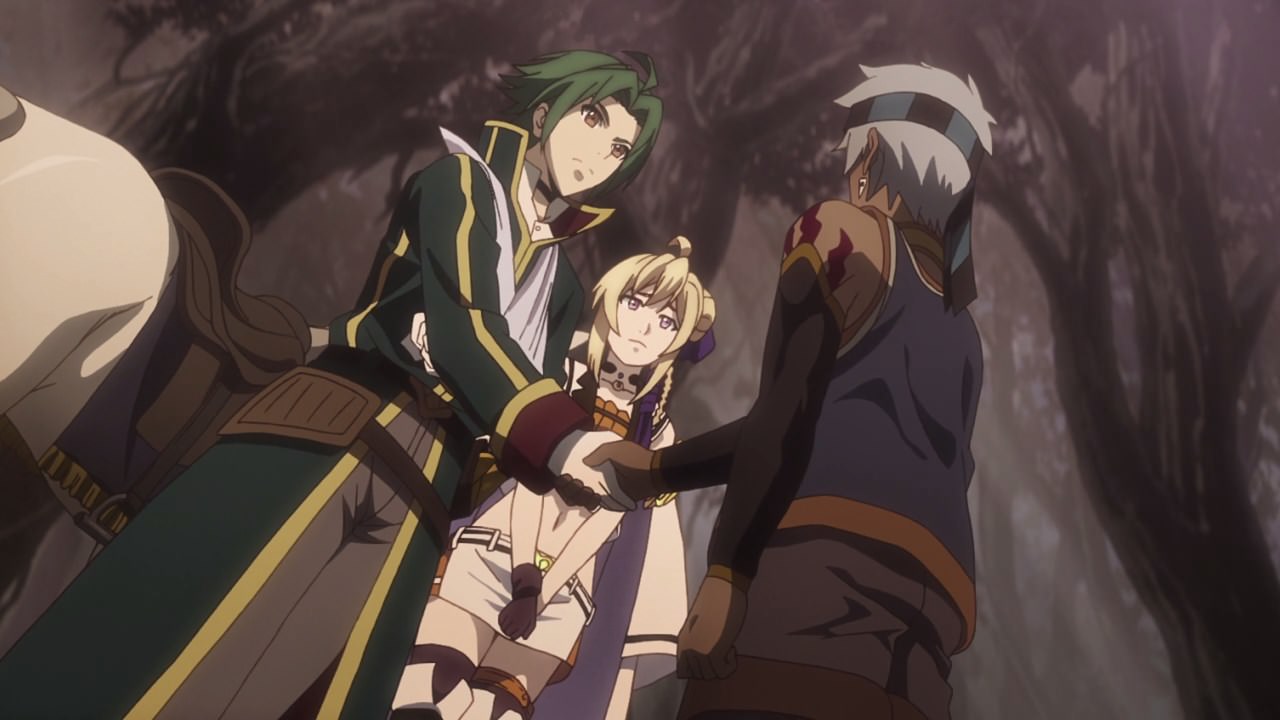 In any case, the werewolf clan will be working with Theo and his allies from now on, which is a good thing as the chaos is spreading across the continent thanks to the black witches like Yana. 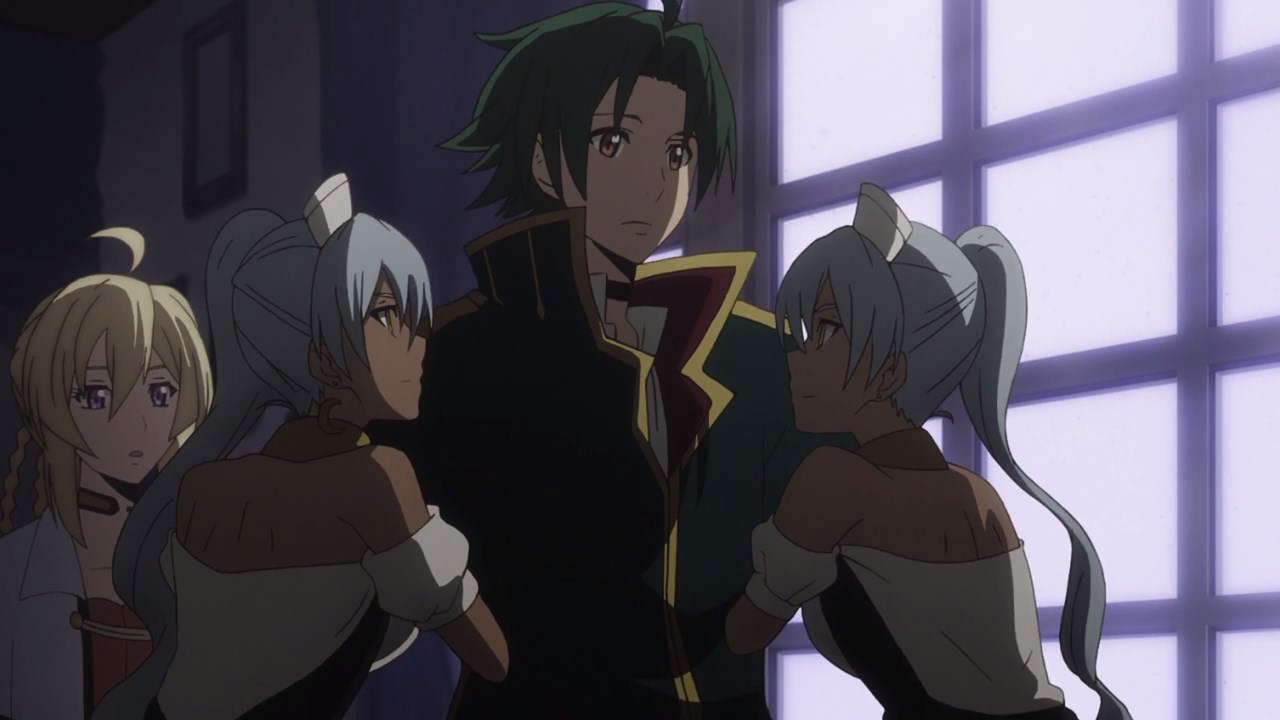 One last thing, seems that both Emma and Luna joined Theo Cornaro’s party as they’re thankful of saving their mother’s soul from being consumed to chaos. So yeah, Theo is gaining some allies and I feel that he’ll get his own land one day.

Anyways, looks like this show is getting more interesting with the arrival of demi-humans such as vampires and werewolves, as well as the existence of witches in which they have an ongoing feud. On the other hand, I wonder if the black witches are responsible for the Grand Hall Tragedy since they’re connected to chaos?

In any case, we’ll find out soon enough on the next episode.