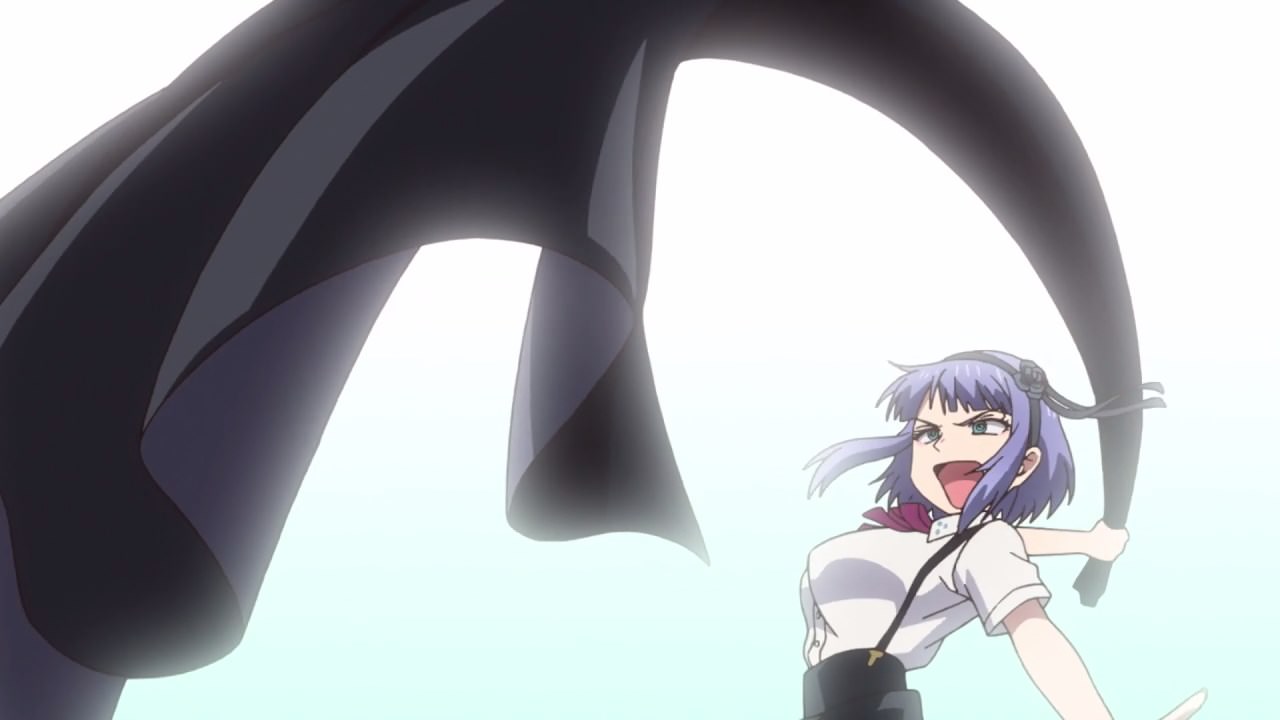 It’s time for Episodes 3 and 4 of Season 2 as Hotaru Shidare pulled something from her skirt! 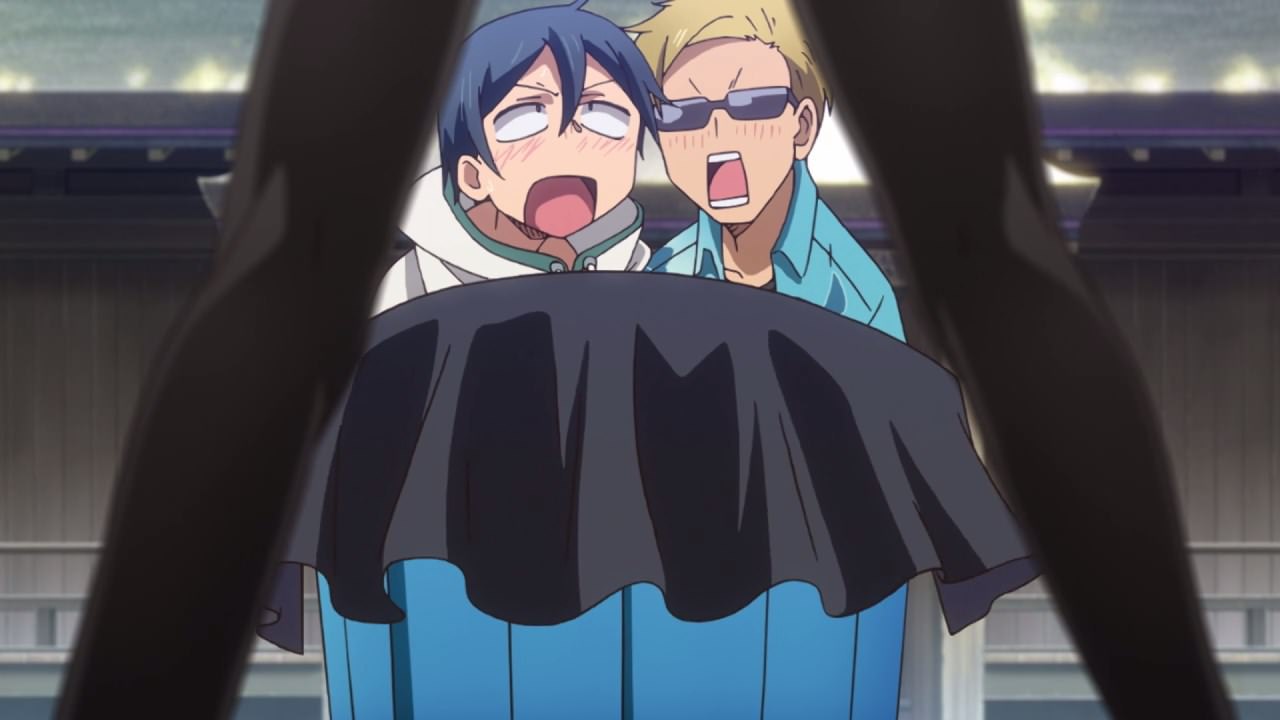 Or rather, she pulled off her long skirt that both Kokonotsu Shikada and Tou Endou are shocked that they might see Hotaru’s panties and garter-belt. 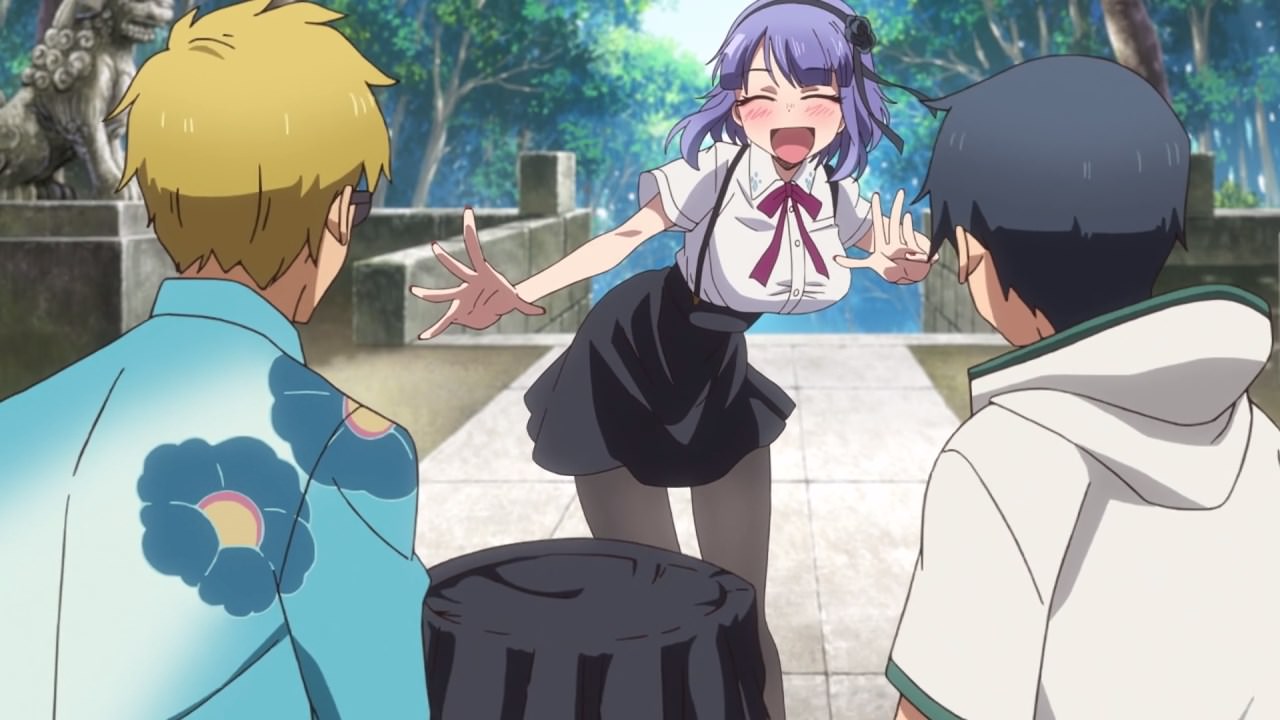 Just kidding, as if Hotaru would do such as thing as she’s wearing a short skirt underneath her long one. In any case, what is she trying to pull on this occasion?

Well, Hotaru Shidare wants to play spinning tops (or beigoma) with them that’s why! 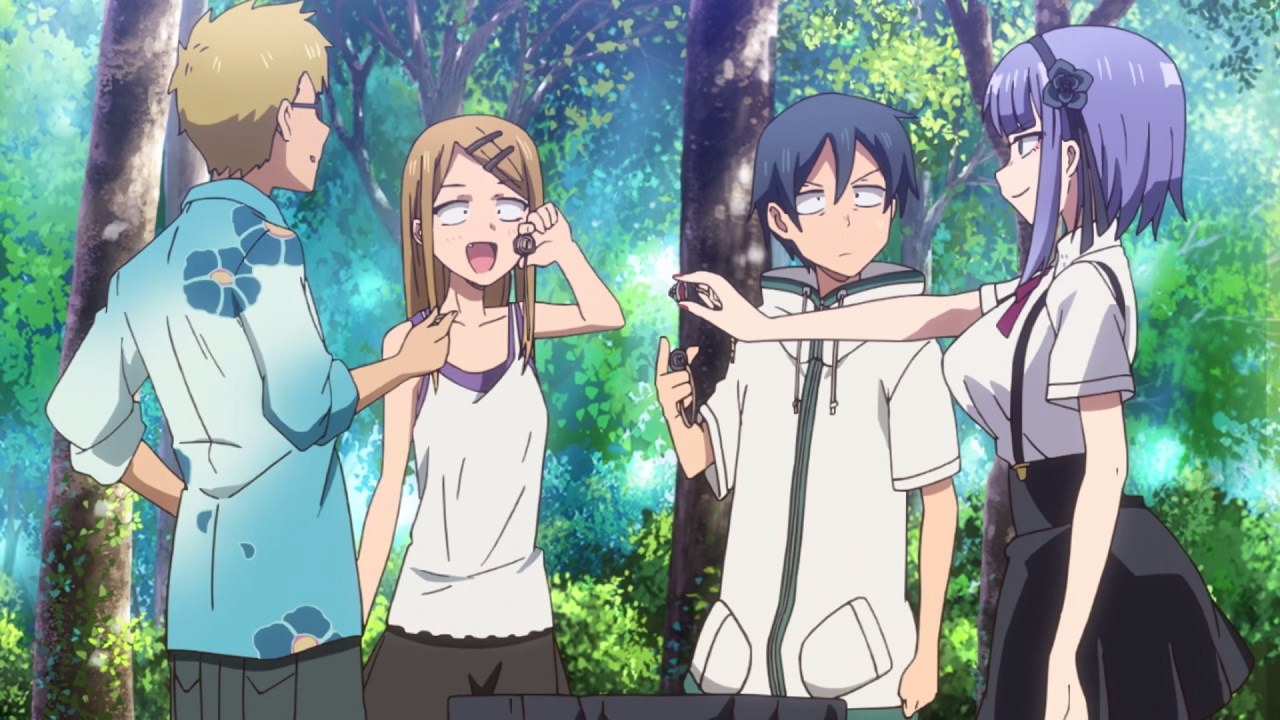 Anyways, it’s time for a spinning top battle royale where Hotaru Shidare, Kokonotsu Shikada, and the Endou siblings must use their beigomas to knock out the opposing top until there’s one left standing.

And while traditional tops has been overshadowed by modern ones such as Beyblade, nothing replaces the traditional Japanese tops… 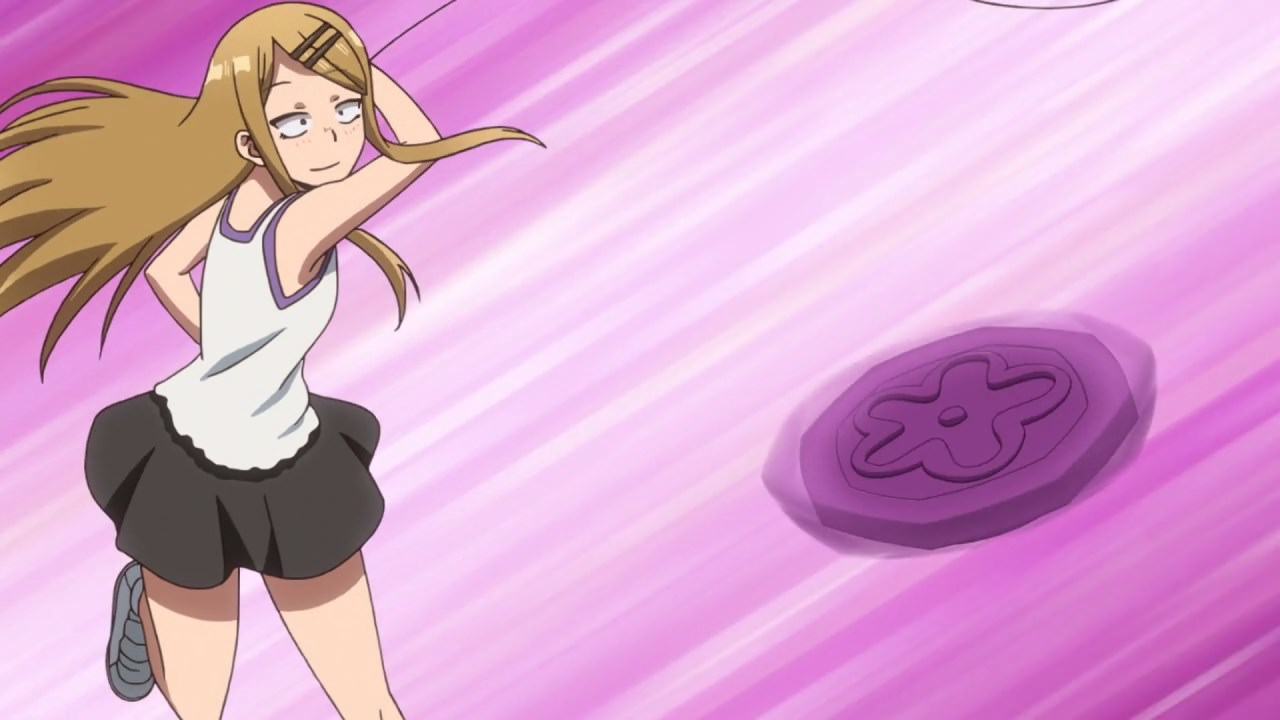 …especially when Saya Endou is playing the game. Don’t let her fla- I mean her plain looks fool you as Saya is good at playing games, including beigoma. 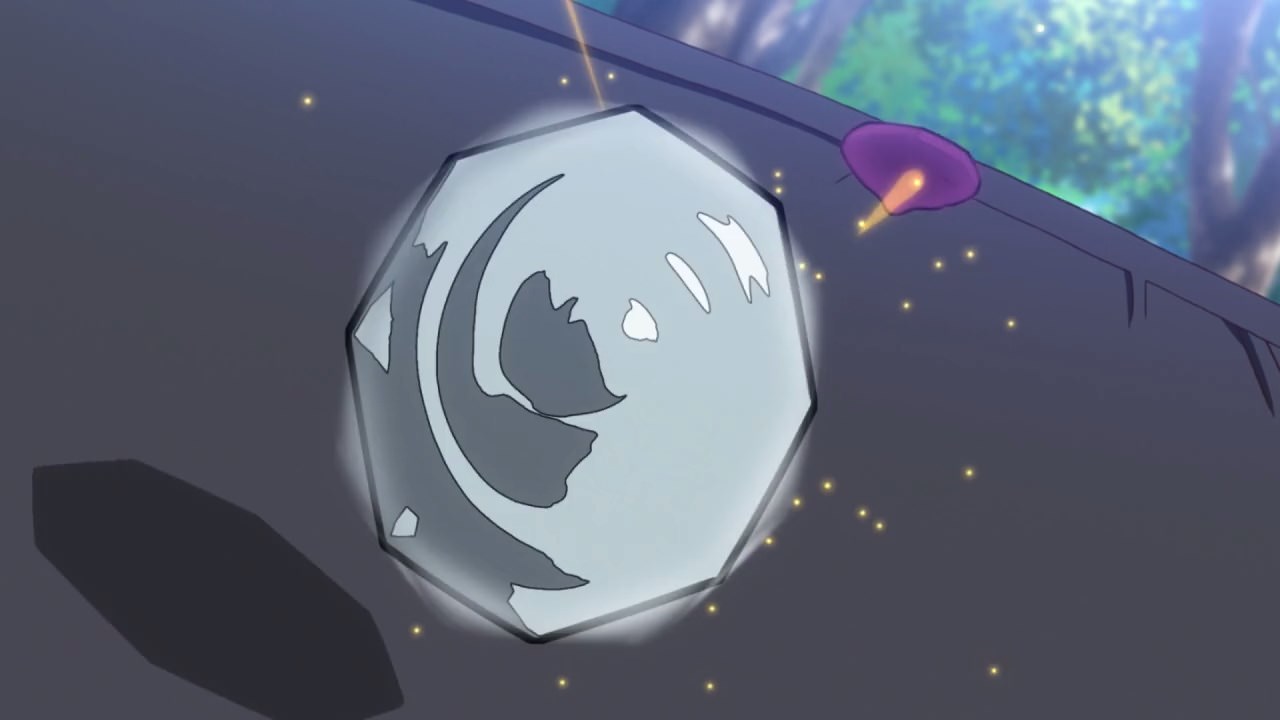 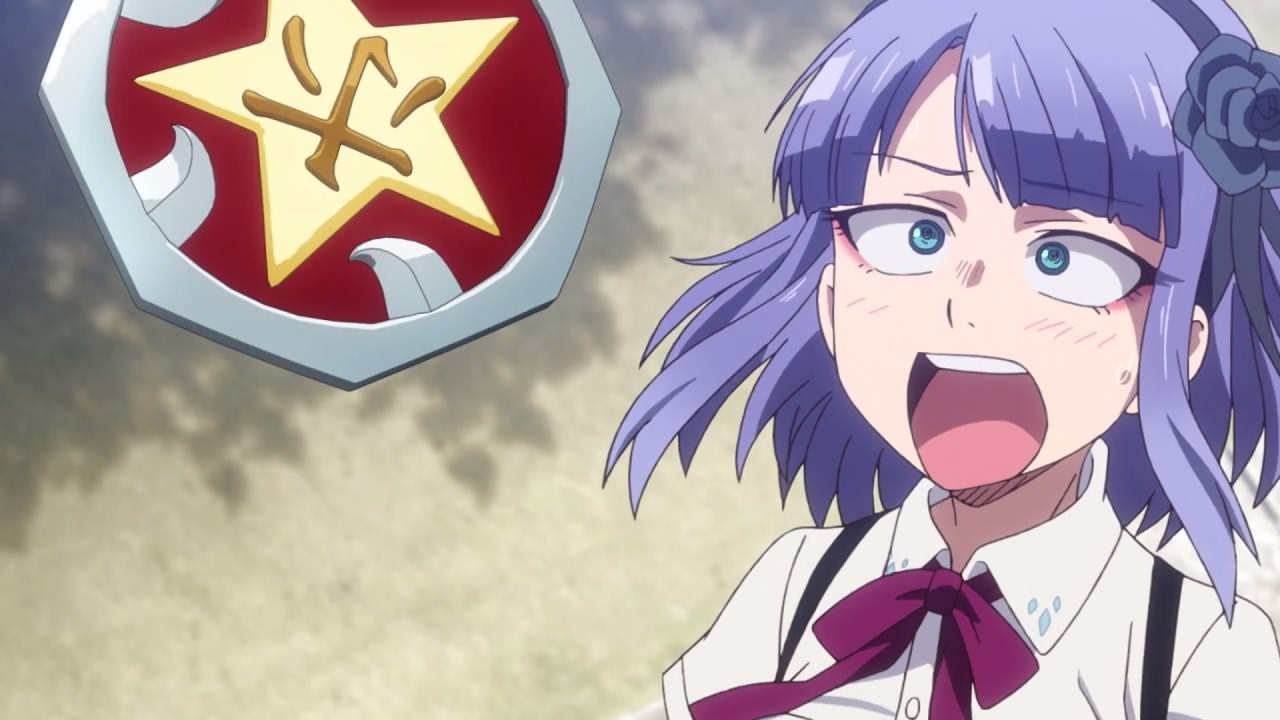 And as you can see, Saya Endou beat Hotaru Shidare and her special top like it’s nothing. Gotta say that Saya is the queen of children’s games! 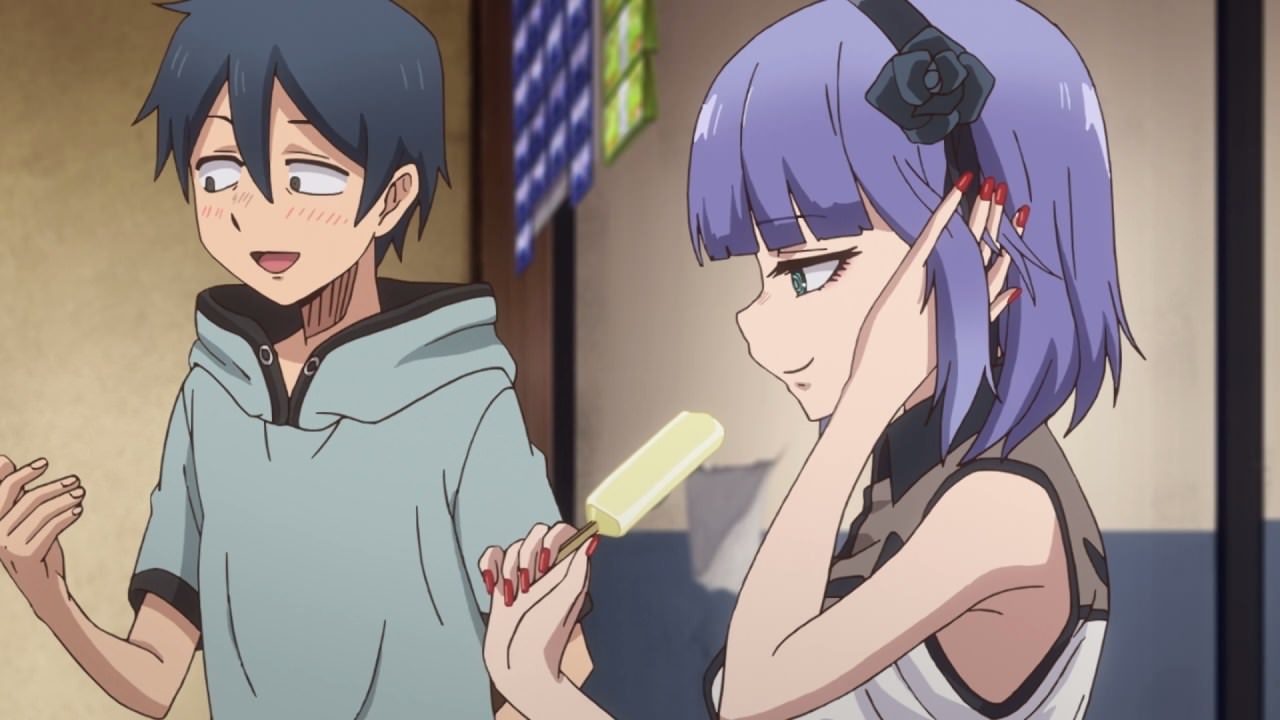 Anyways, time for Part 2 (or Episode 4) where Hotaru bought a Homerun Bar at the Shikada Dagashi store as usual.

I mean, it’s not gonna a serious one like Hotaru wanting to get a free Homerun Bar after she finished eating her ice cream. 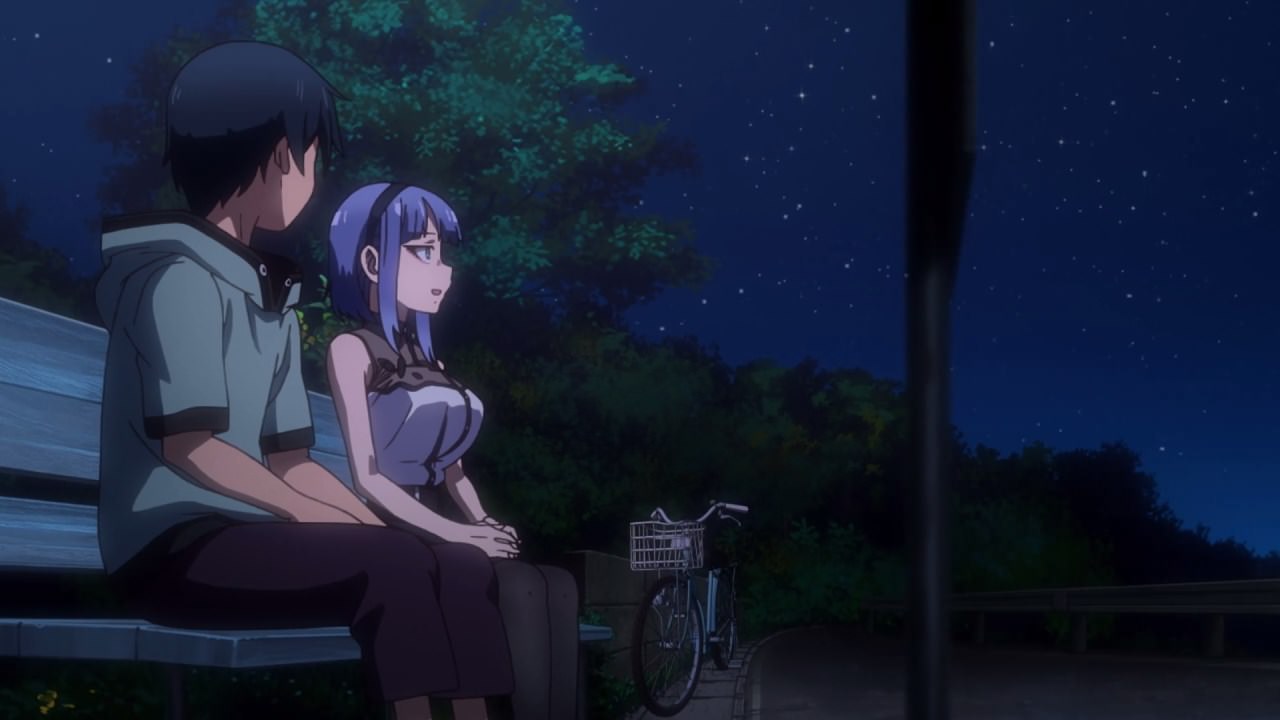 But then again, I have to take it back as Coconuts invited Hotaru to go to the festival to see the fireworks display, but they missed the bus and so Kokonotsu pedaled his way towards the festival with Hotaru.

Of course, it didn’t take long before they stop going there and stayed at a bench, where Hotaru Shidare wants to tell something important to Kokonotsu. What could it be? 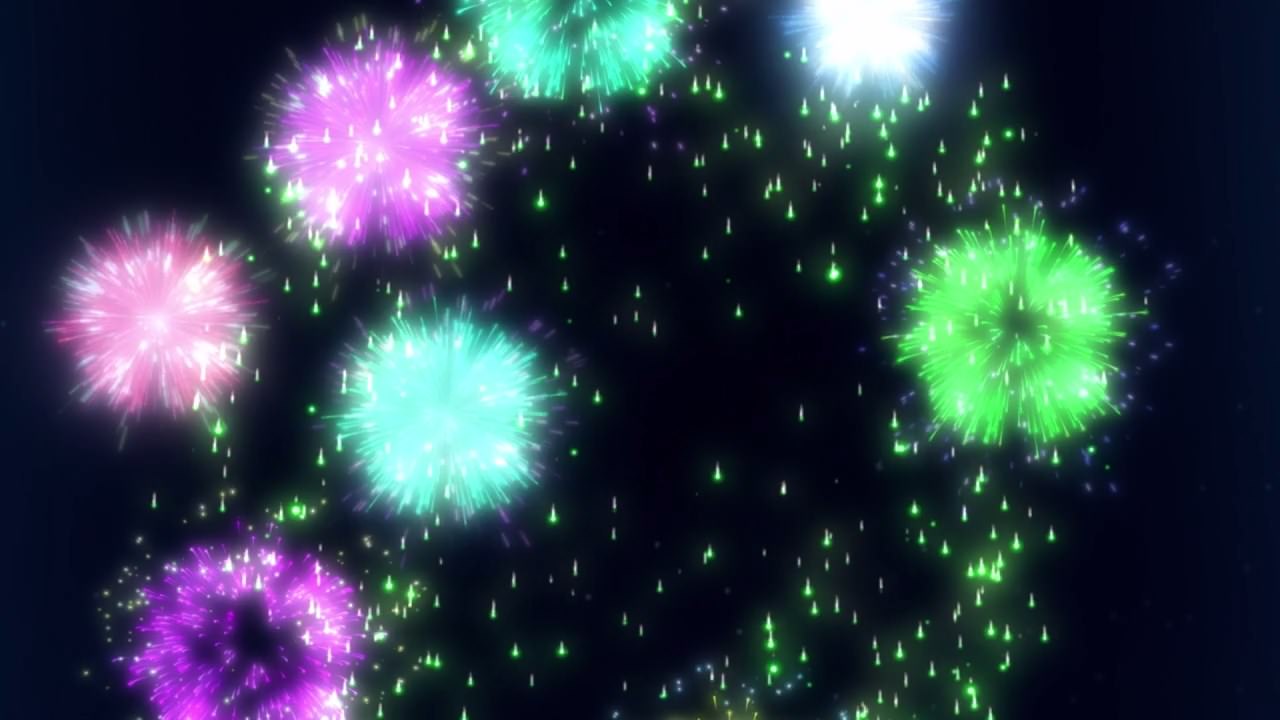 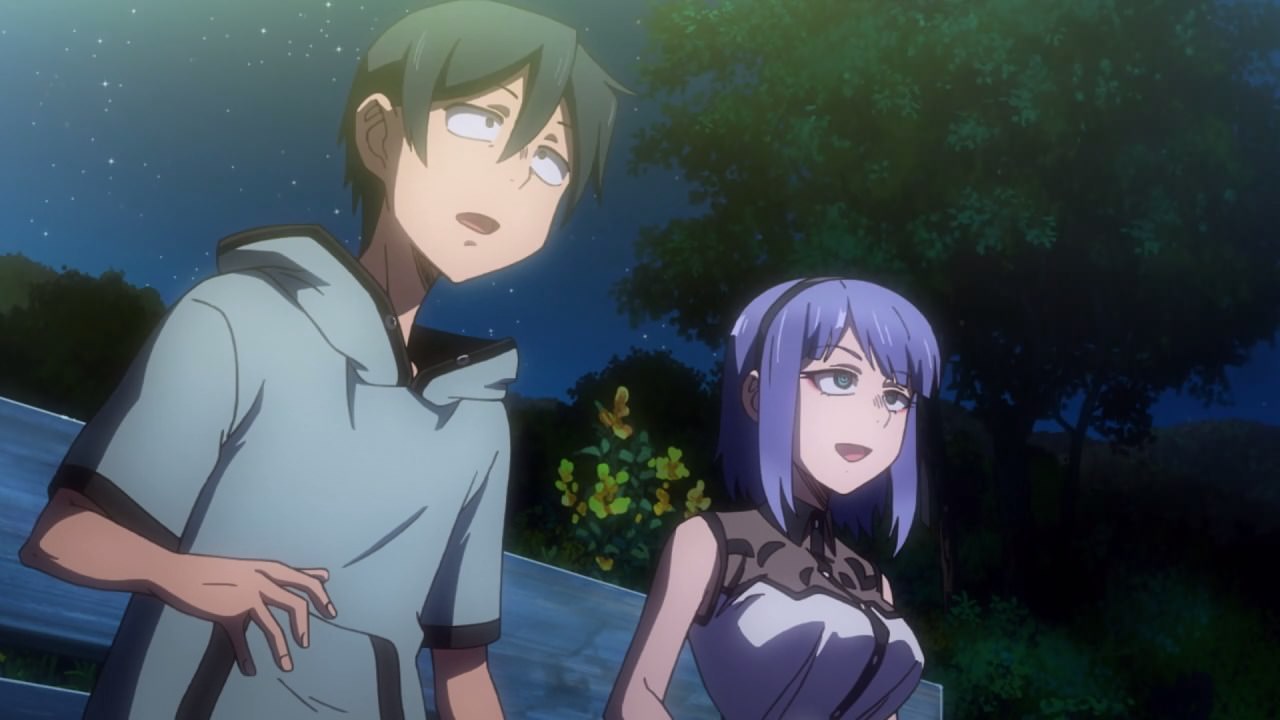 However, Hotaru’s important speech was interrupted when the fireworks display began.

Damn, I wanna hear Hotaru’s thoughts on Coconuts for once since he invited her in the first place! 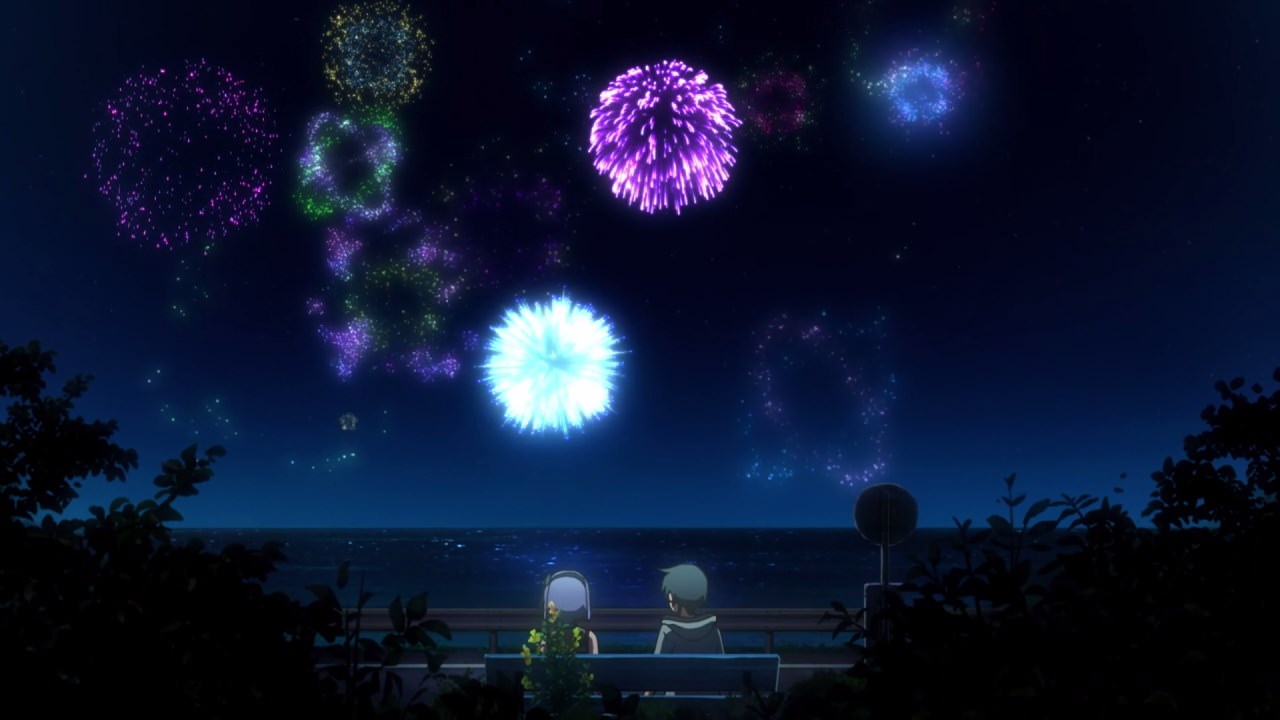 In any case, both Kokonotsu and Hotaru enjoyed watching the fireworks illuminating above the ocean. Isn’t it nice, but I wish Hotaru would tell him sooner. 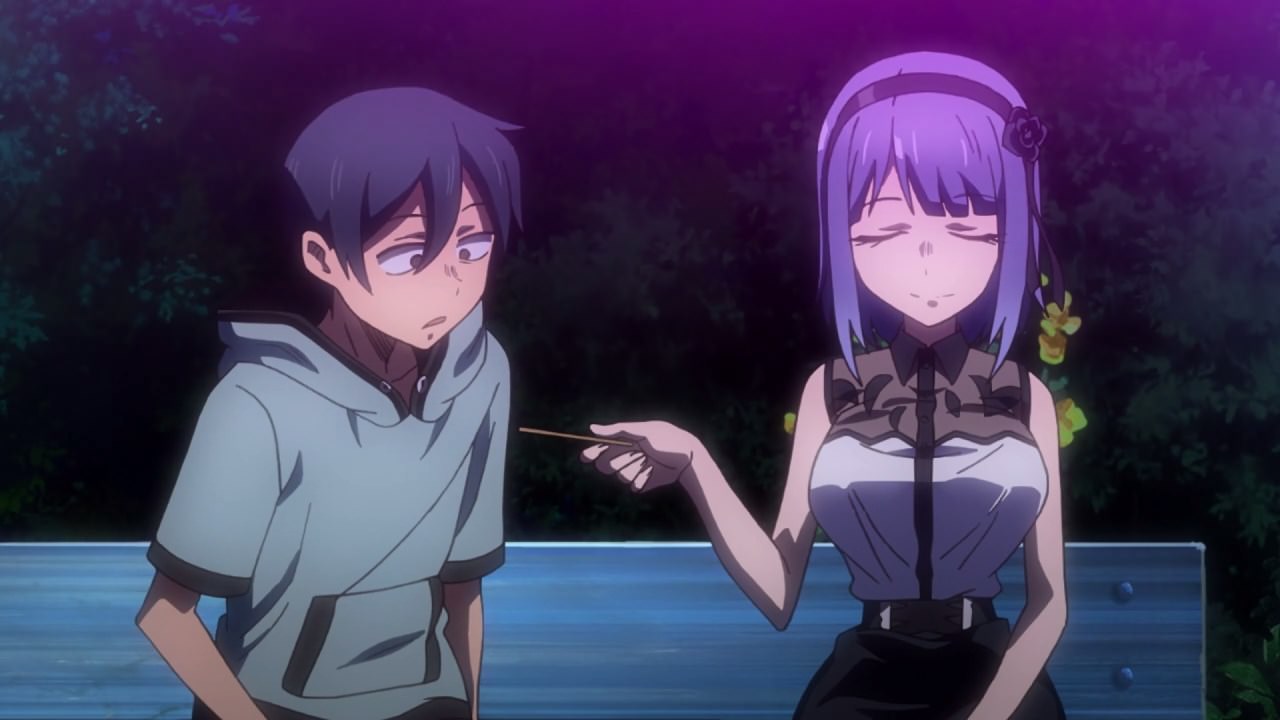 But speaking of Hotaru Shidare, she gave him the Homerun Bar stick that she finished eating, telling Kokonotsu Shikada to hold it until then. Hmm, I wonder what’s going on with Hotaru-chan?

In any case, we’ll find that out as I’ll see you next time…