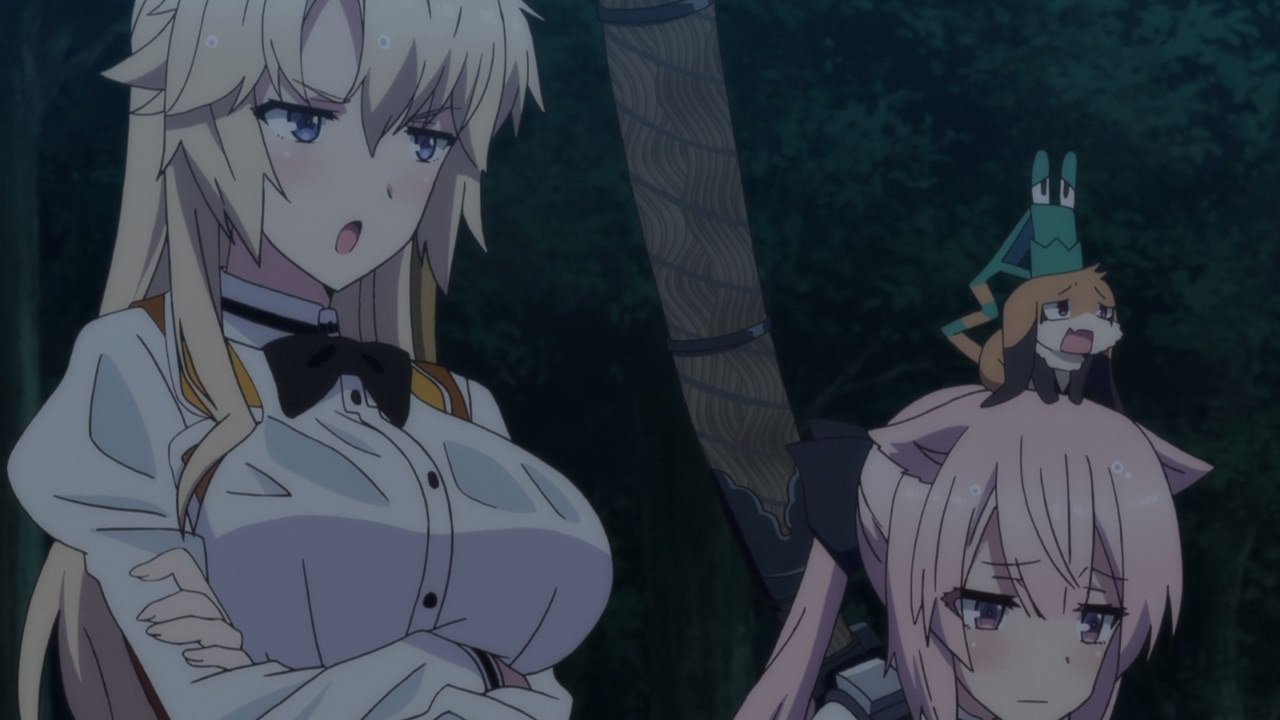 Well, here’s Ellen Kohagura and Kaoru Mashiko as they returned to pay a favor towards Kanami Etou and Hiyori Juujou.

C’mon, they don’t like having their enemies flee from them, especially when Ellen and Kaoru are suited up with their S Equipment. 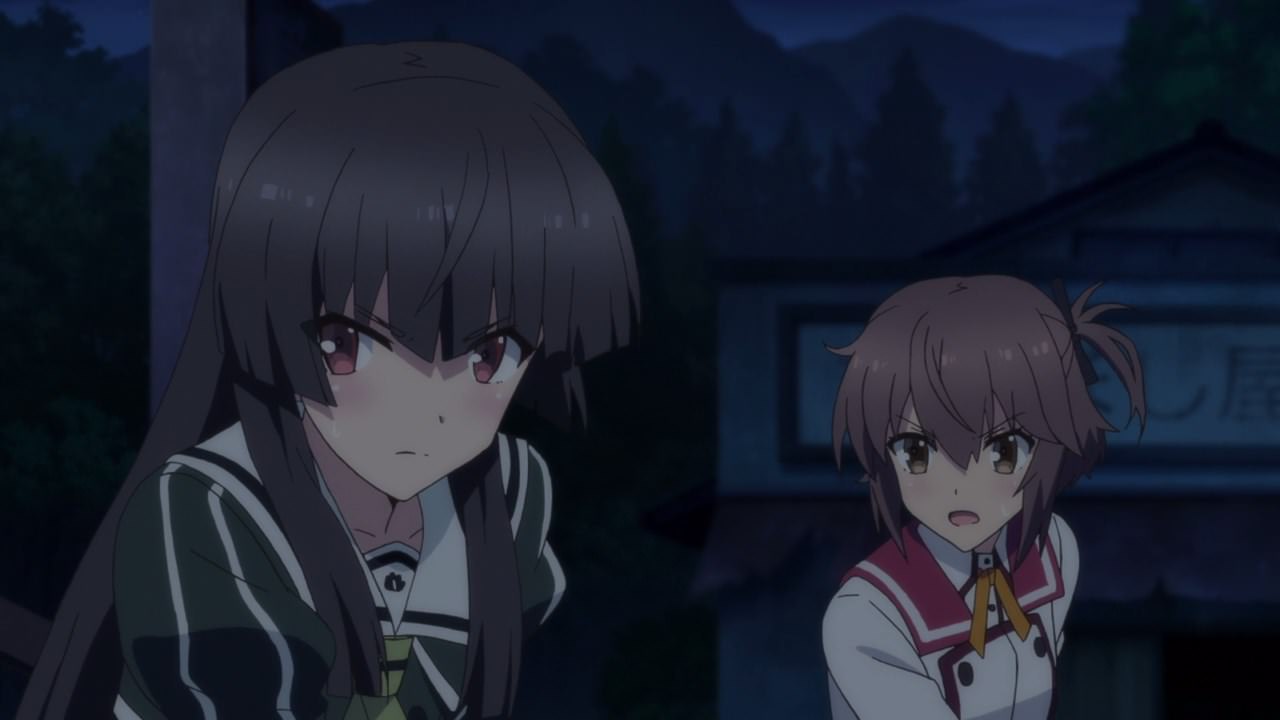 As for both Kanami and Hiyori, they’re ready to fend them off and make their escape again as usual. 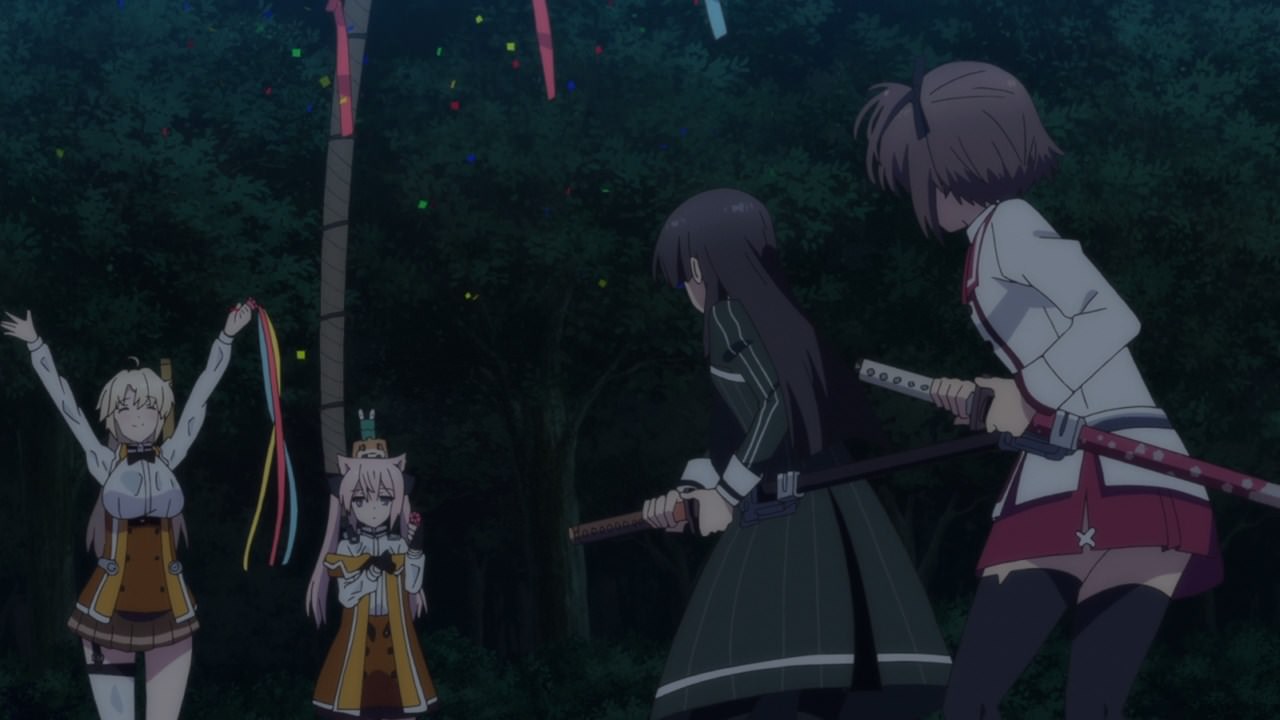 However, it turns out that instead of apprehending the traitors like anyone who’s under Yukari Origami’s command, Ellen Kohagura and Kaoru Mashiko decided to celebrate for passing their test.

What test if you may ask? Well, it’s a test designed to see if they’re worthy of joining the Mokusa in which they opposed Yukari Origami in many ways. Anyways, let’s hope that Kanami and Hiyori joined the organization. 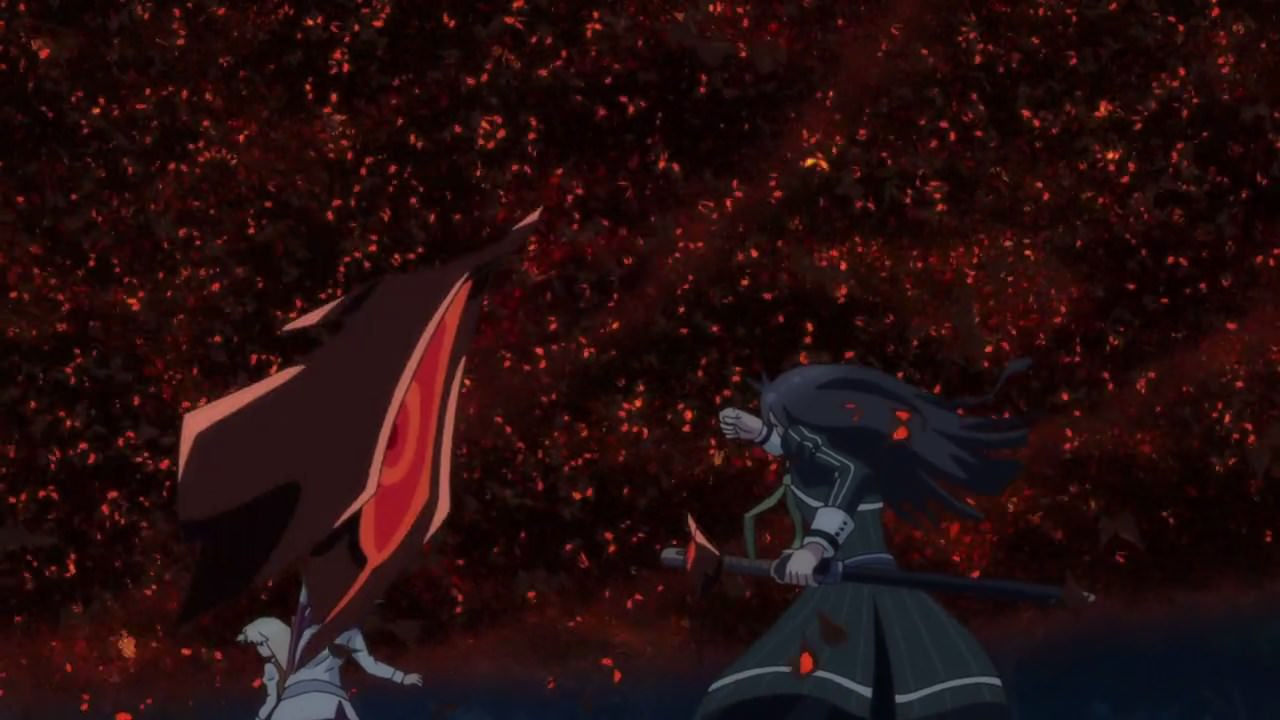 And then, someone interrupted Ellen and Kaoru’s ploy to join both toji to their group as a swarm of aratama appeared to break them off.

Man, something tells me that the aratama is being controlled by someone else. 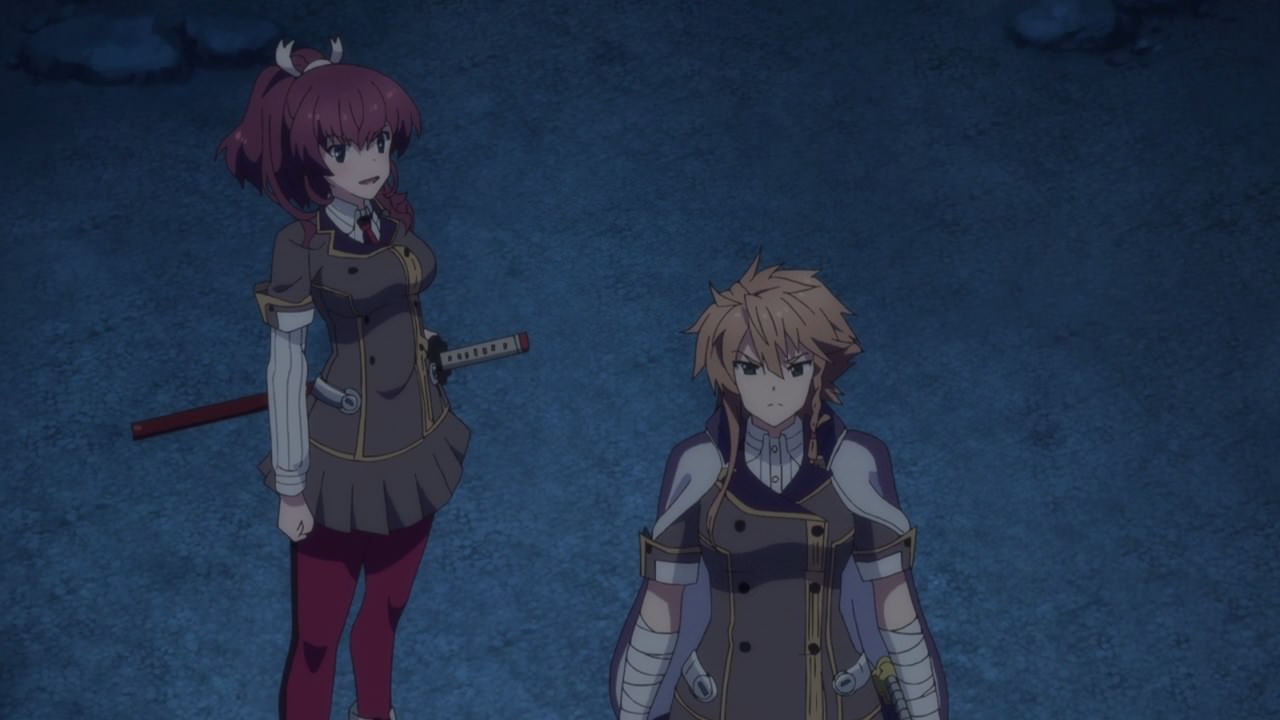 But because of this, both Kanami and Hiyori are separated from those two students at Osafune, and now they must face both Maki Shidou and Suzuka Konohana from the elite guard in which they won’t go easy on them. 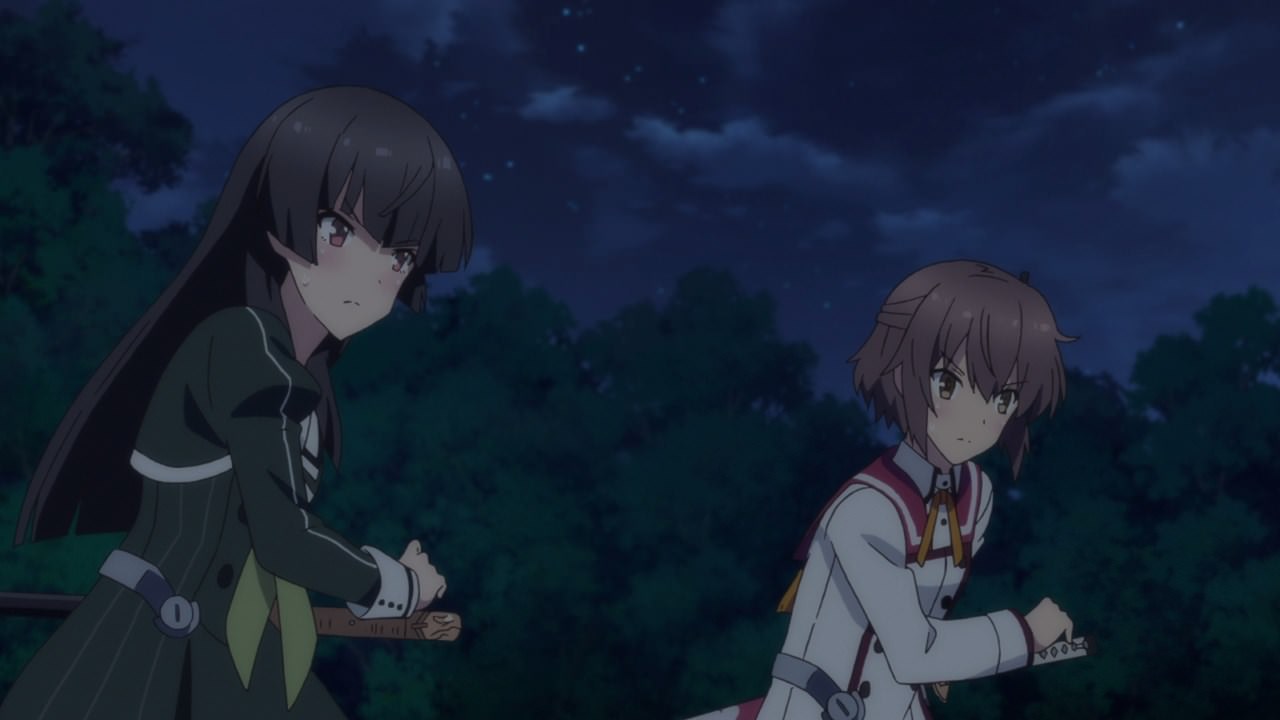 For Juujou and Etou, it’s gonna be an uphill battle as they’re facing two toji that are stronger and more skilled. Let’s hope that they can get out of this mess. 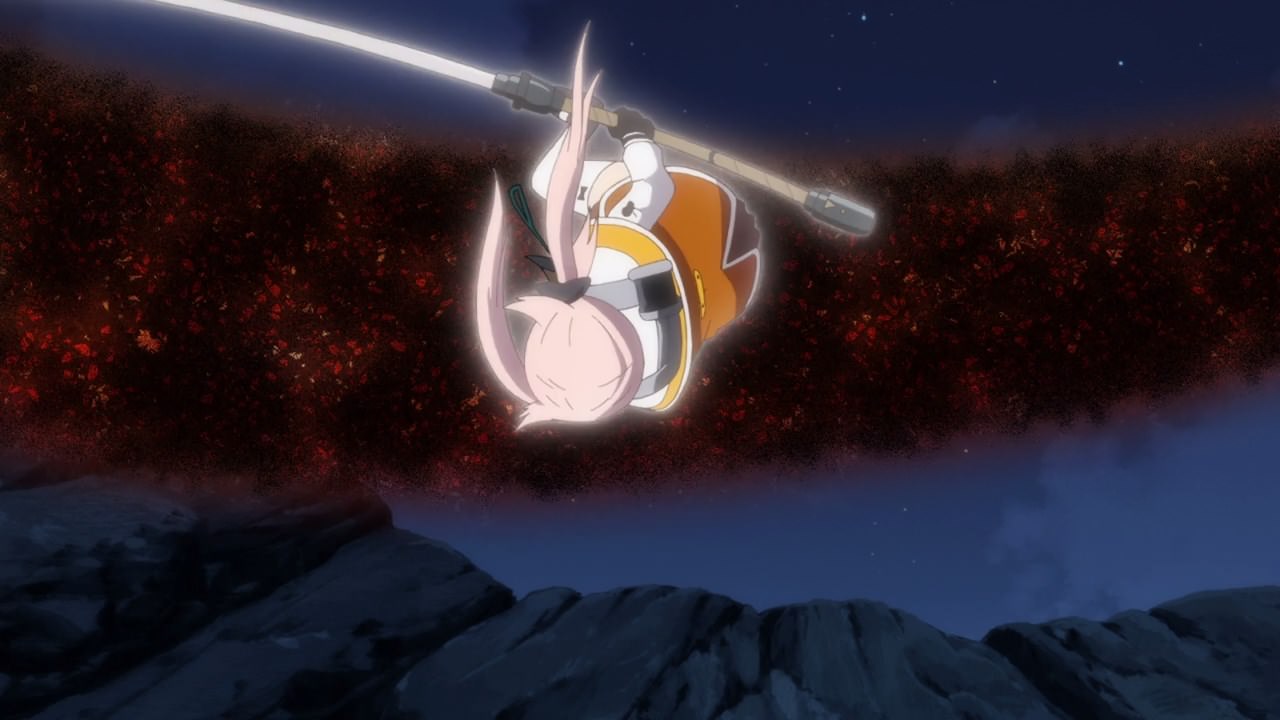 Meanwhile, Kaoru Mashiko got separated from Ellen Kohagura as she fell down to the cliff after Kaoru tried to rescue her aratama friend Nene. 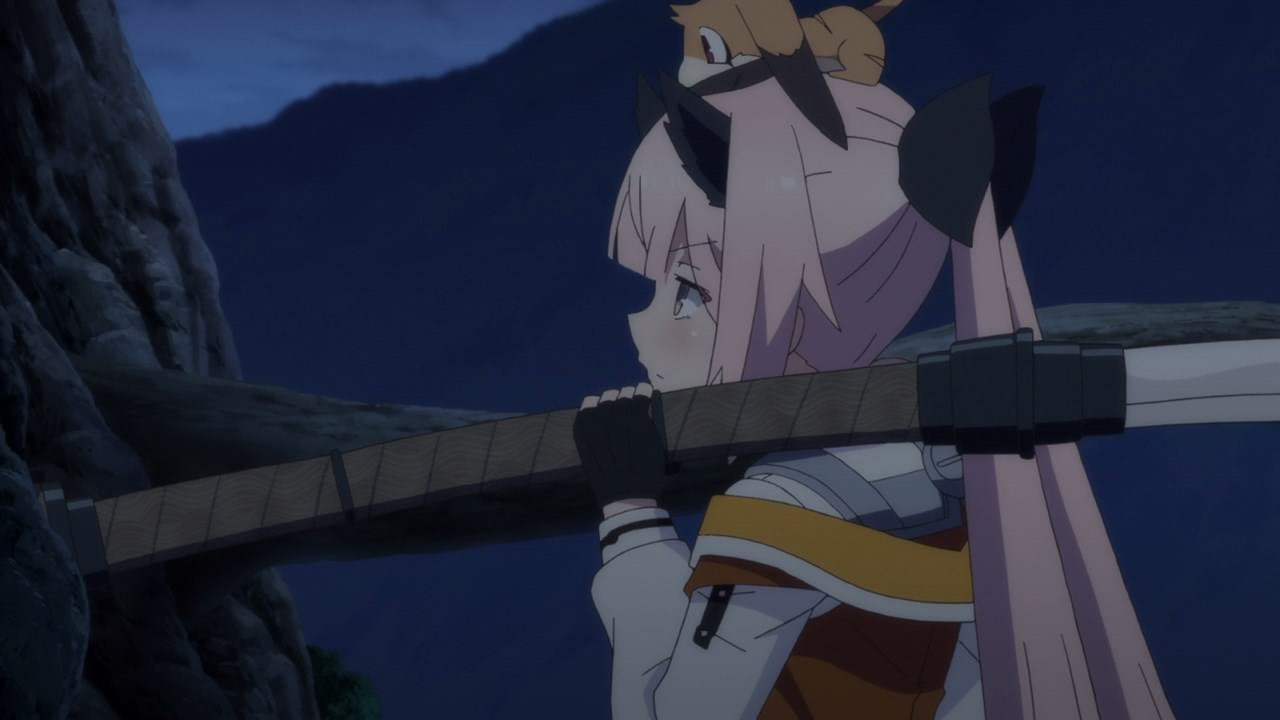 Fortunately for Kaoru, her okatana Nenekirimaru has managed to lift herself up together with her friend Nene as she climbed up to safety. 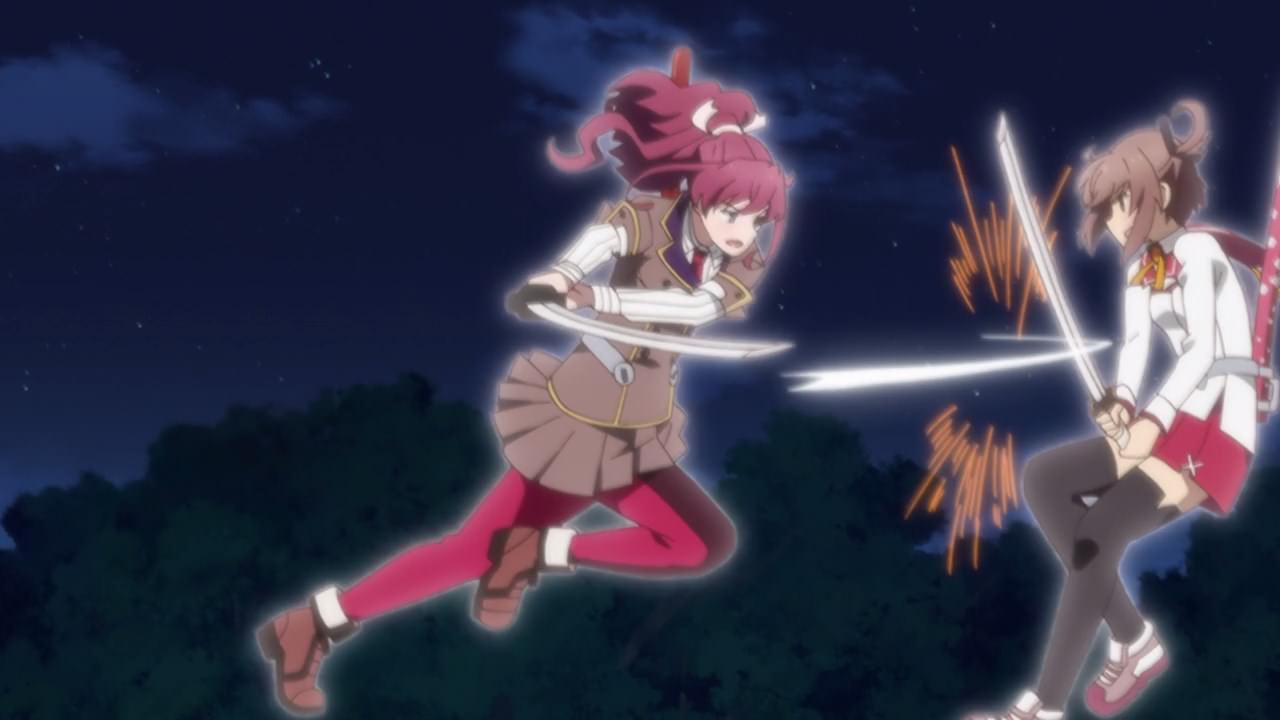 Now let’s go back to both Kanami Etou and Hiyori Juujou as they’re being pushed back by the elite guard.

It’s no surprise that both Maki Shidou and Suzuka Konohana are vastly skilled against both Kanami and Hiyori. 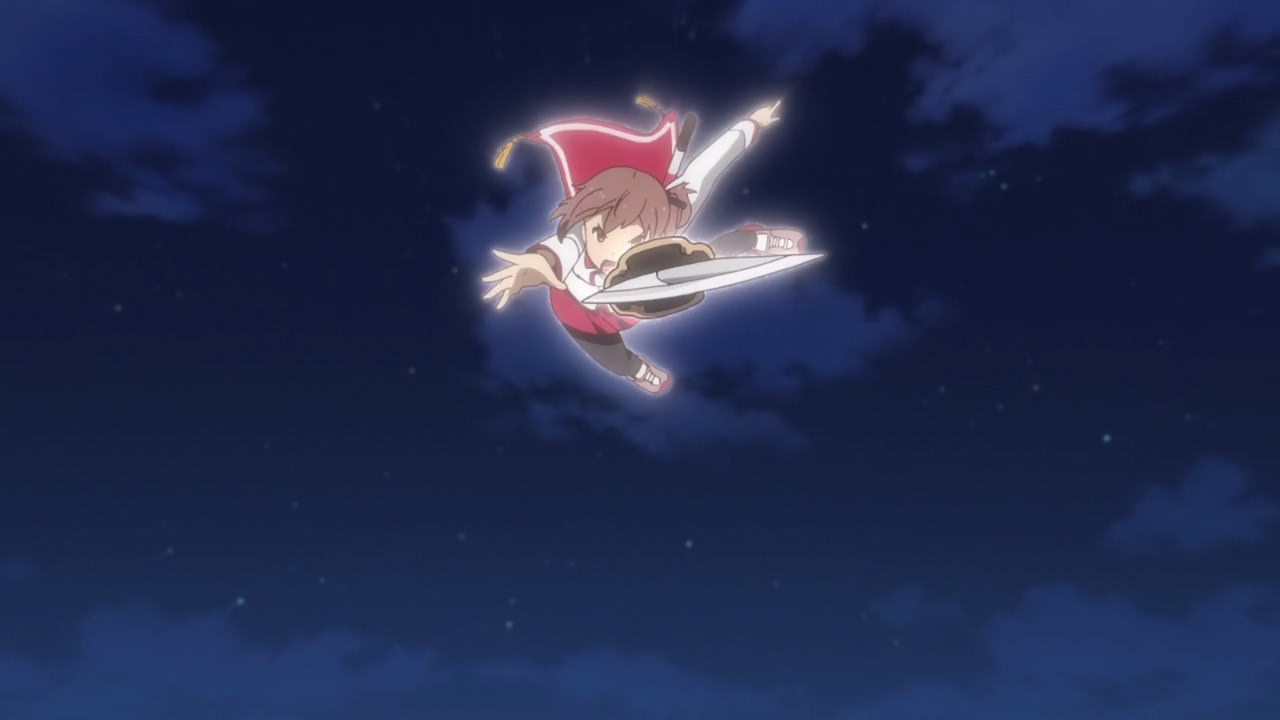 Of course, it’s not like the battle is already over as Kanami got a plan by throwing at her okatana… 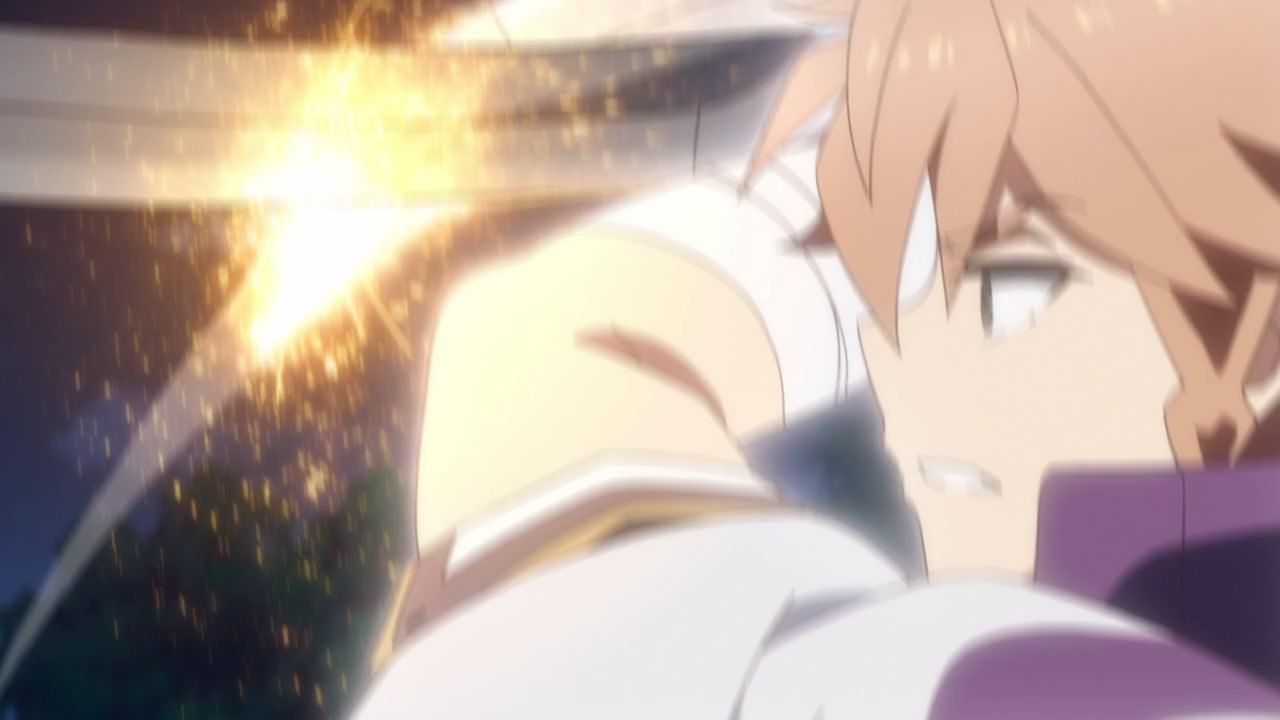 …towards Maki Shidou of all people. However, Maki managed to block Kanami’s desperate attack. 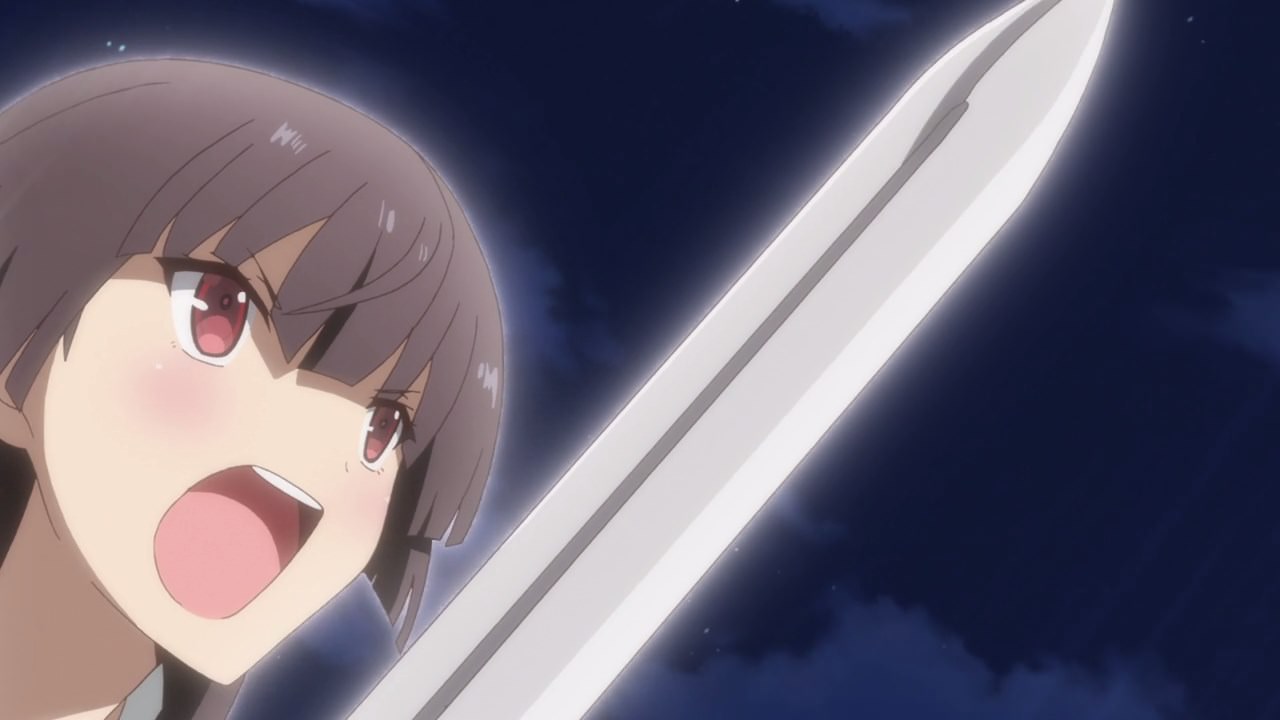 Then again, Kanami’s attack is just a distraction as Hiyori finds an opening to strike towards one of the strongest toji in the elite guards. 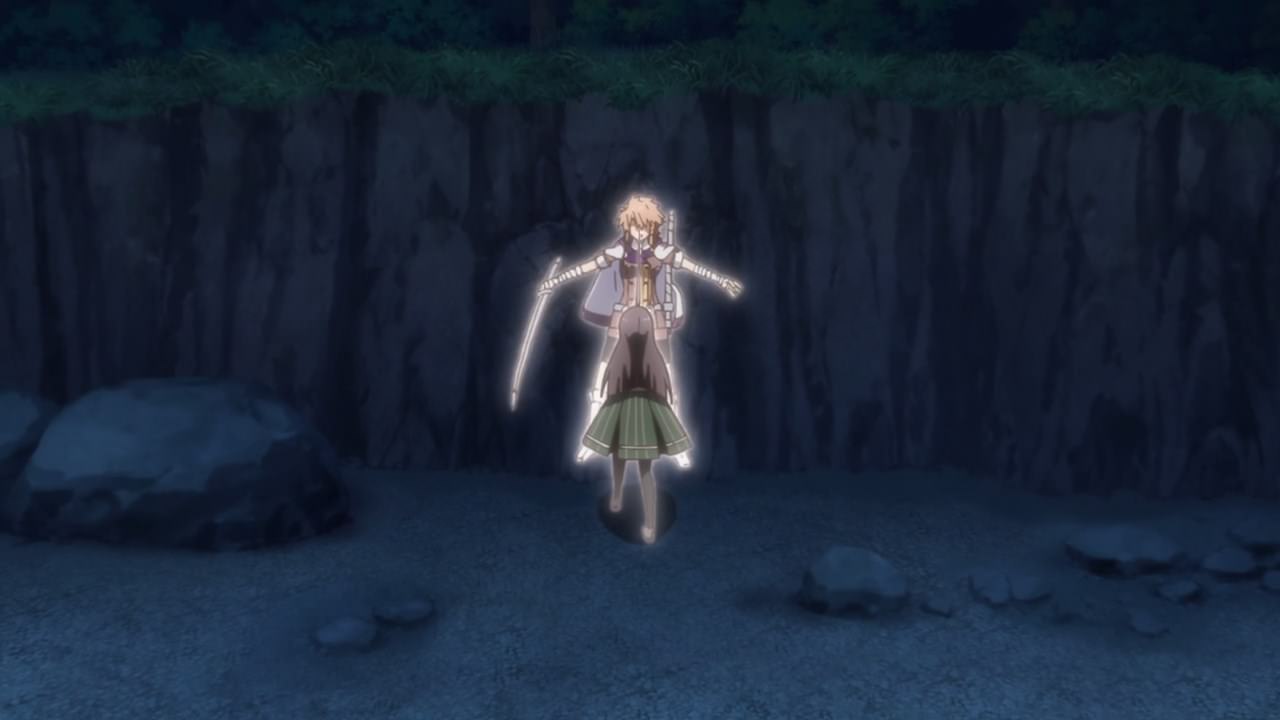 In any case, Hiyori Juujou have landed an attack towards Maki Shidou in which the elite guard was shocked to see herself getting beaten by a traitor. 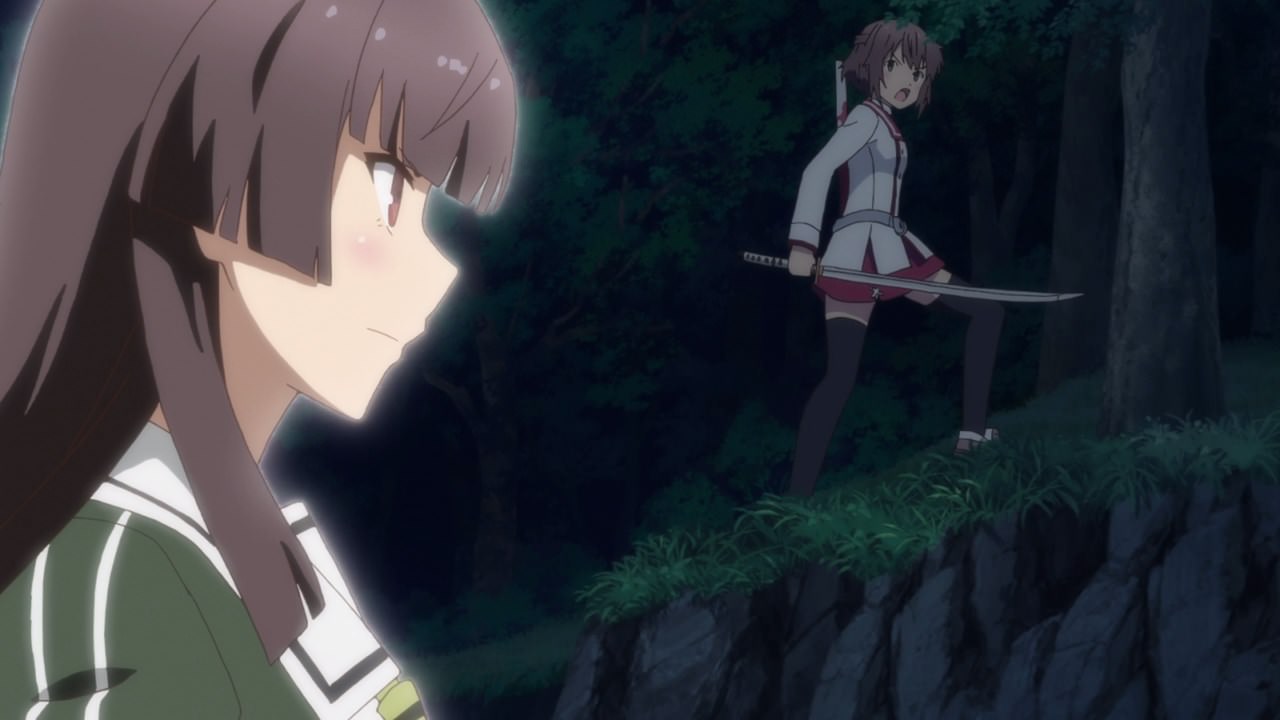 Well anyways, looks like both Kanami Etou and Hiyori Juujou managed to make their escape from the elite guard.

But wait, only two toji are deployed to apprehend the traitors, which made me think about the third one. 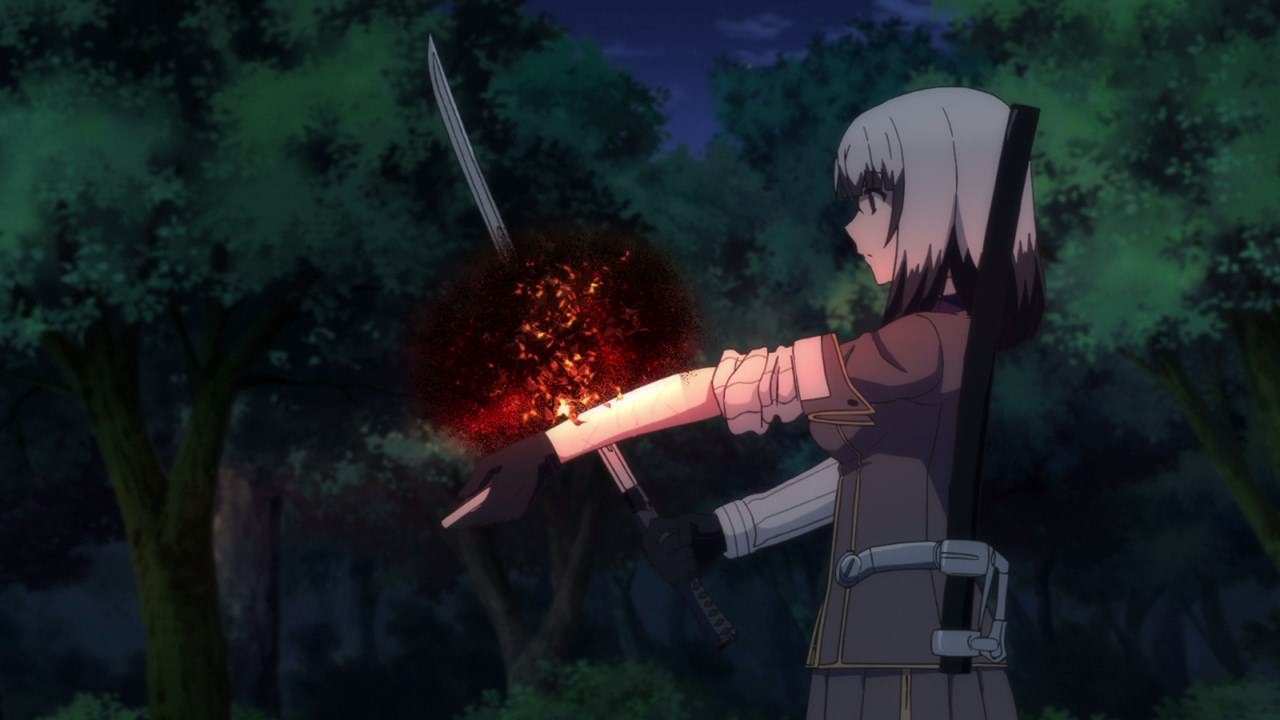 Turns out, Maki and Suzuka’s teammate Yomi Satsuki is doing some other business like summoning aratama from her body.

Well, I have to say that toji using aratama as a weapon is the most forbidden thing to do. It’s no wonder why the head of the Origami family is being controlled by the great aratama. 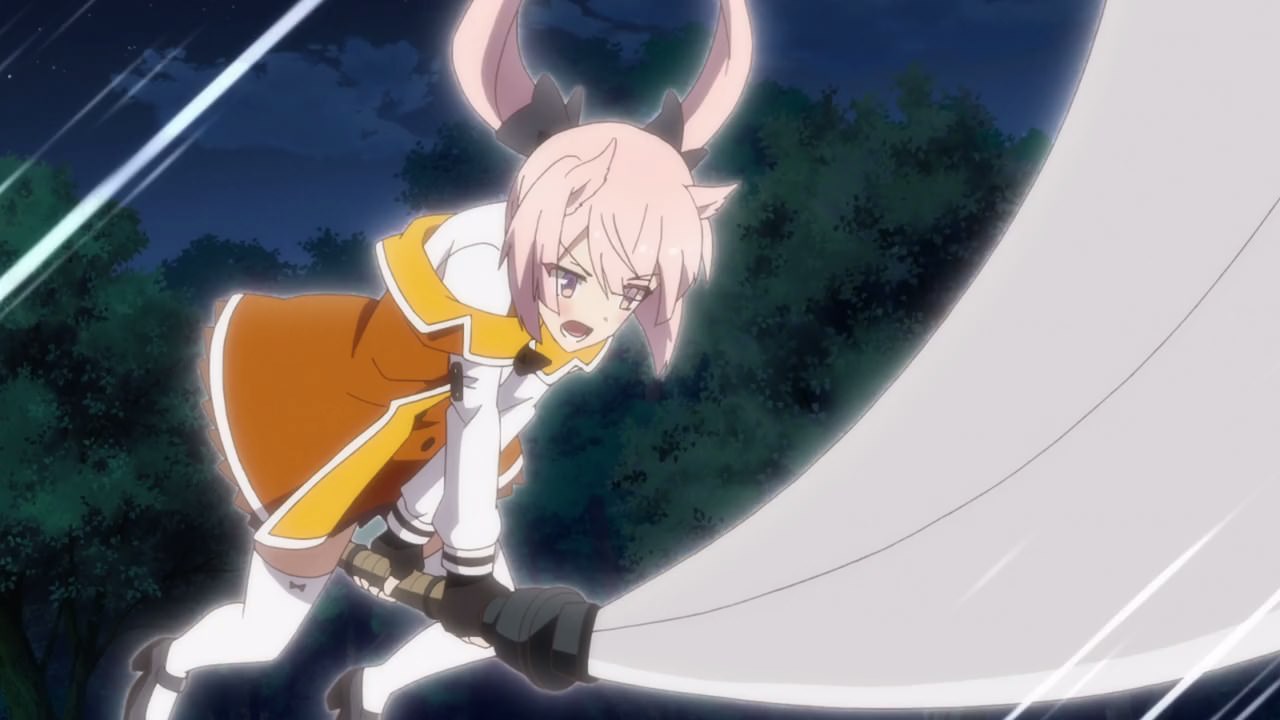 On the other hand, looks like Kaoru Mashiko is here to finish Yomi Satsuki off as Kaoru is pissed that her friend Nene is hurt thanks to Yomi’s aratama. 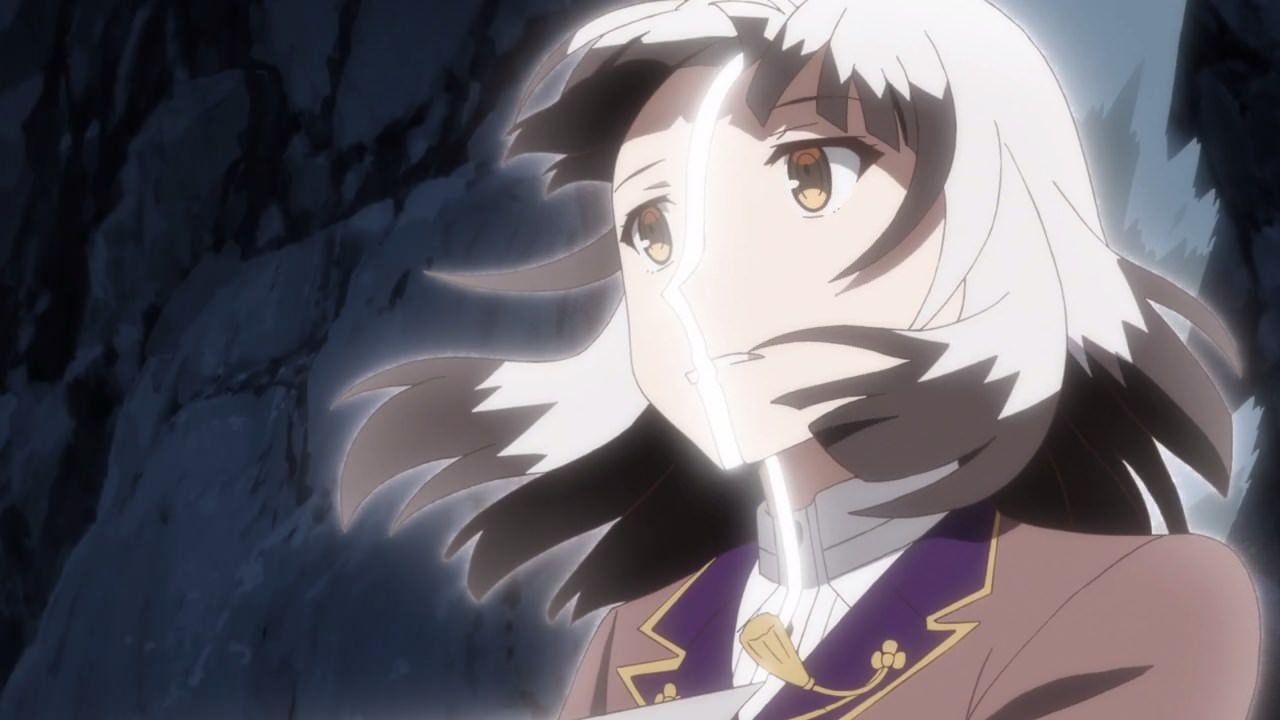 With one single vertical slash, Yomi’s utsushi is cut in half. Of course, Yomi Satsuki will retreat for now as her role is complete. 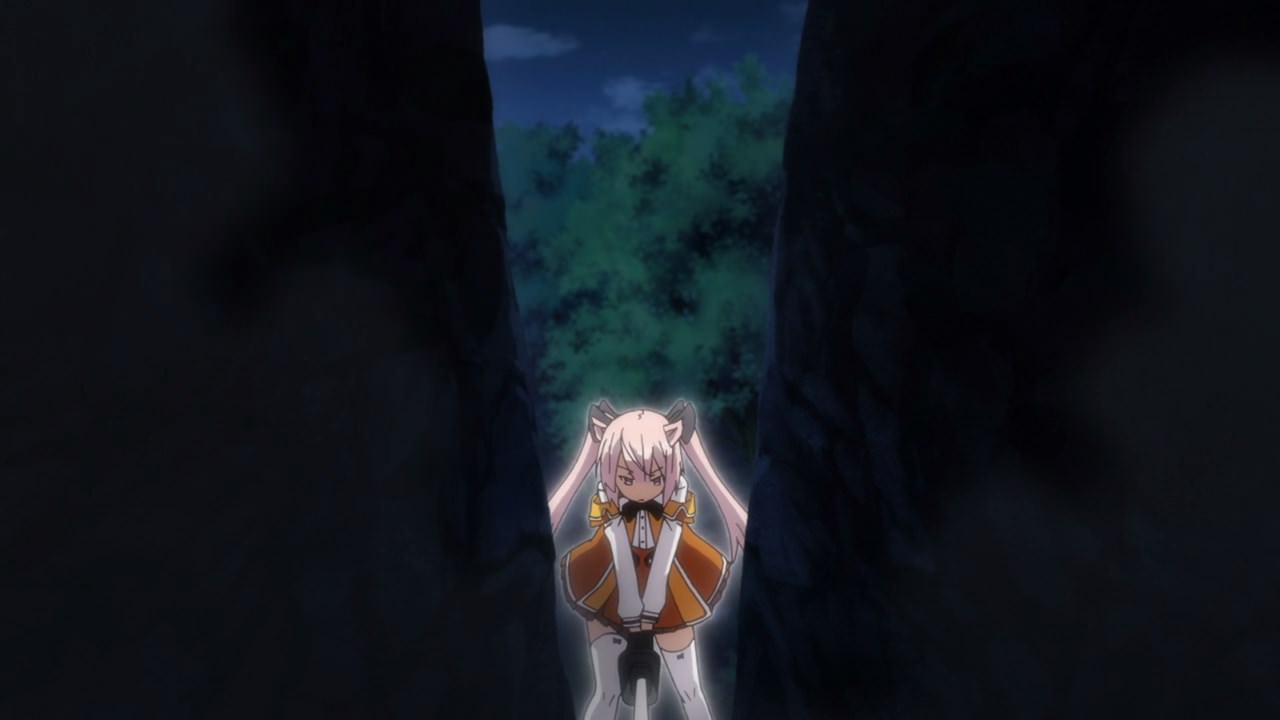 But as for Kaoru Mashiko, seems that she’s tired after climbing up from a cliff and bisecting Yomi Satsuki that it split a rock.

Anyways, I’ll see you on the next episode as Kaoru will find Ellen Kohagura after she took a nap.