Posted on February 5, 2018 by benigmatica

Here’s Elias Ainsworth as he checks on his new pendant that was given by Chise Hatori on the previous episode. Yeah, he sure loves his new present given by his bride!

Speaking of Chise Hatori, seems that her new teddy bear is sprouting crystal flowers. However, Elias told her that it’s the result of the teddy bear absorbing her magic.

I must say that the Thorn Mage is very thoughtful on making stuffed bears, especially from a Sleigh Beggy like Chise Hatori. 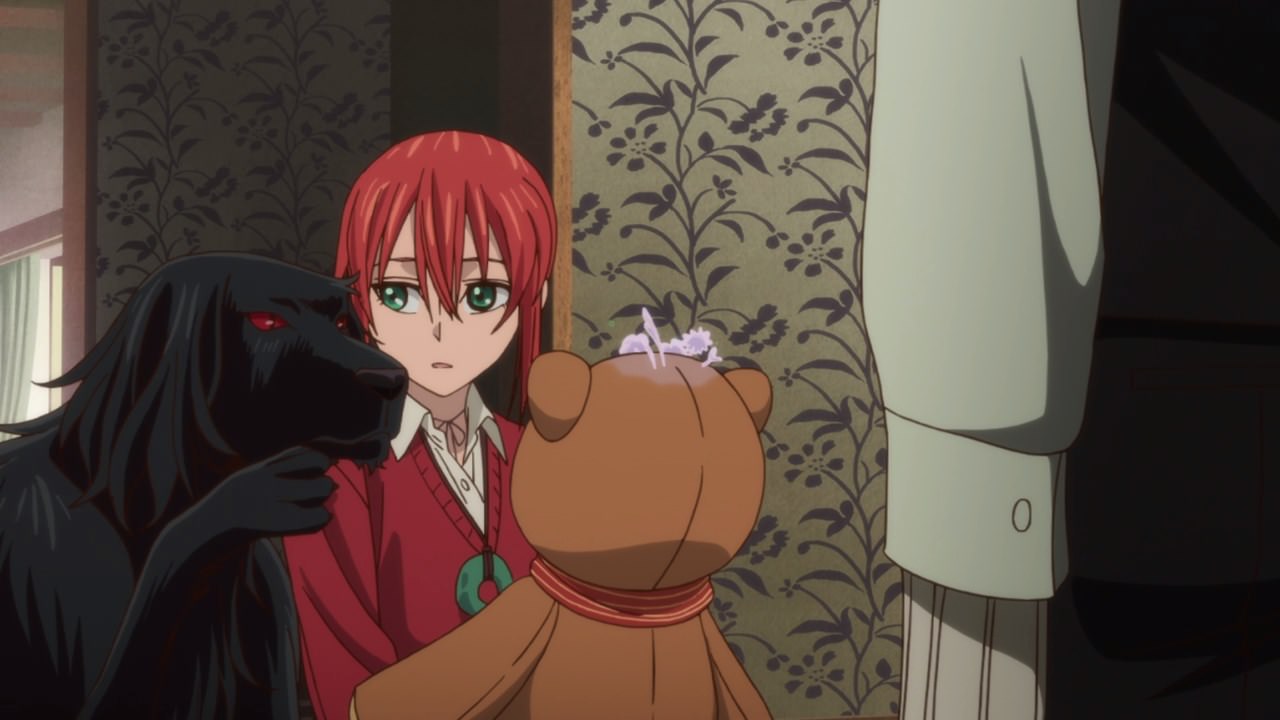 On the other hand, seems that the crystal flowers are being attracted by Ruth. Hmm, I think those flowers will be useful later on… 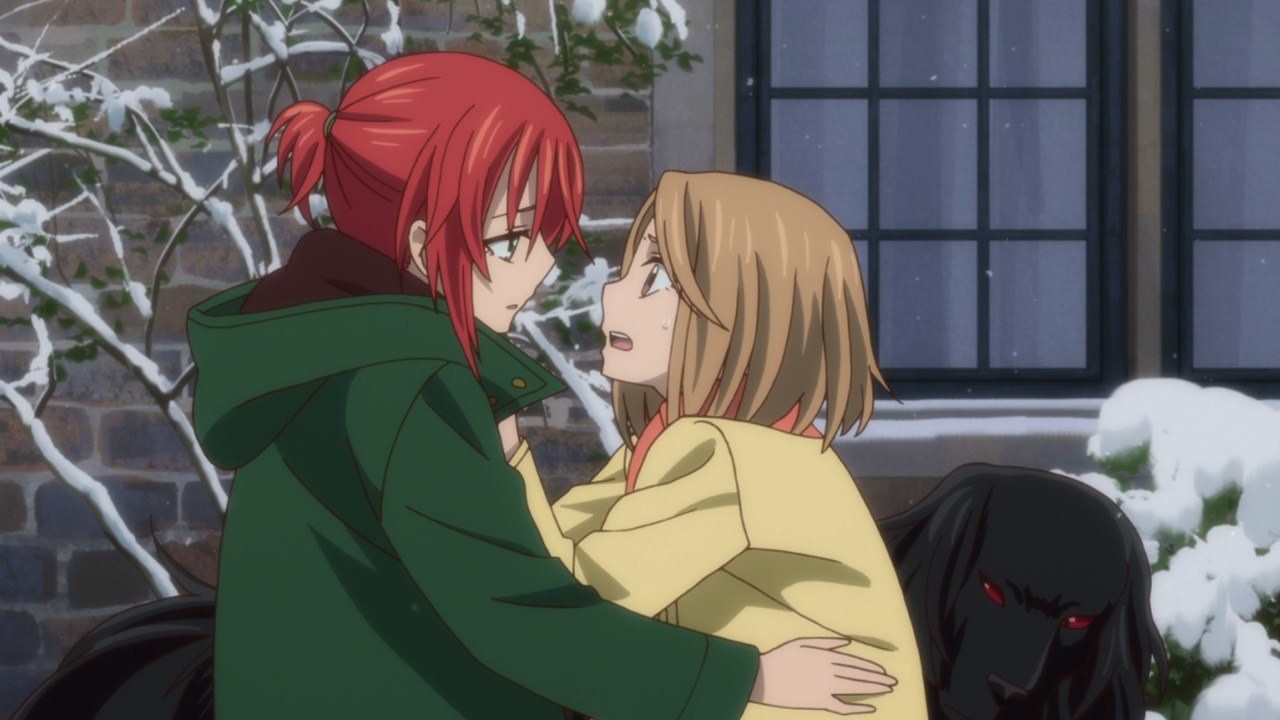 Now then, let’s move onto the serious stuff for this episode as Chise Hatori found a girl named Stella Barklem who is desperate to find her missing brother Ethan.

She told about her brother’s disappearance from her parents, but they don’t remember that Ethan existed in the first place. Hence, Stella is asking Chise for help. 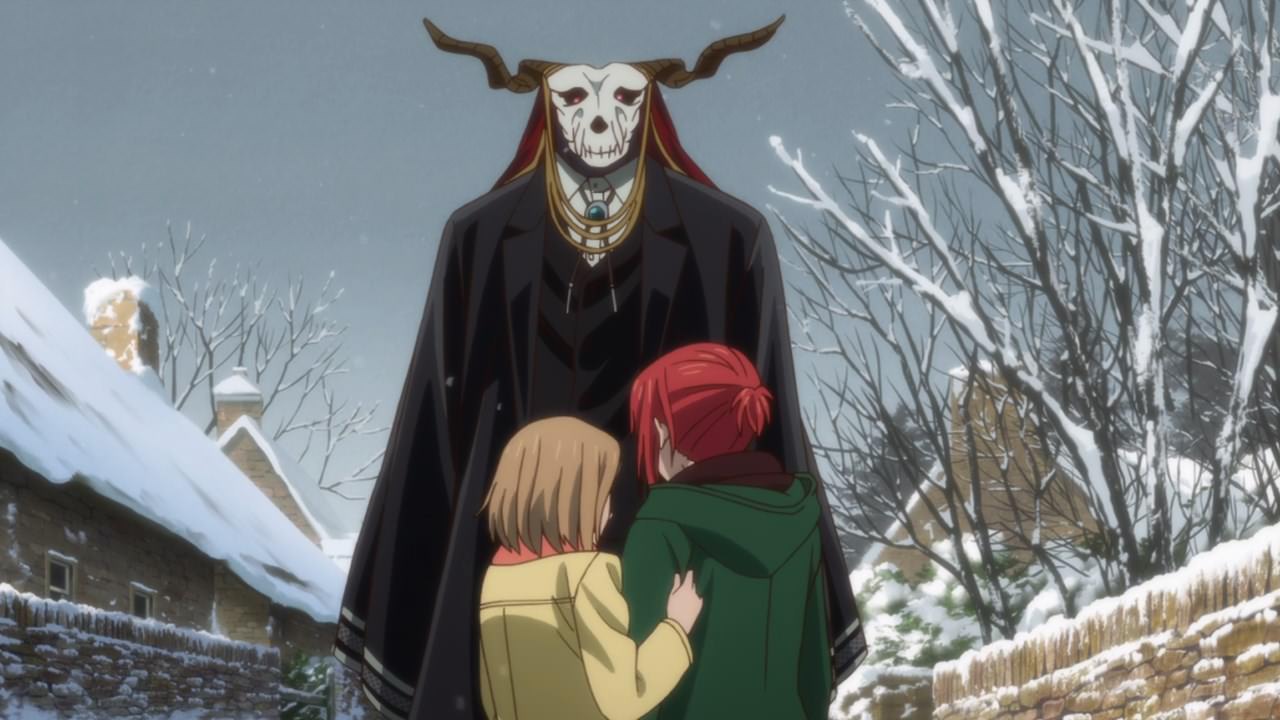 Of course, Chise won’t take this job by herself as the Thorn Mage arrived to aid Stella Barklem on finding her brother Ethan. 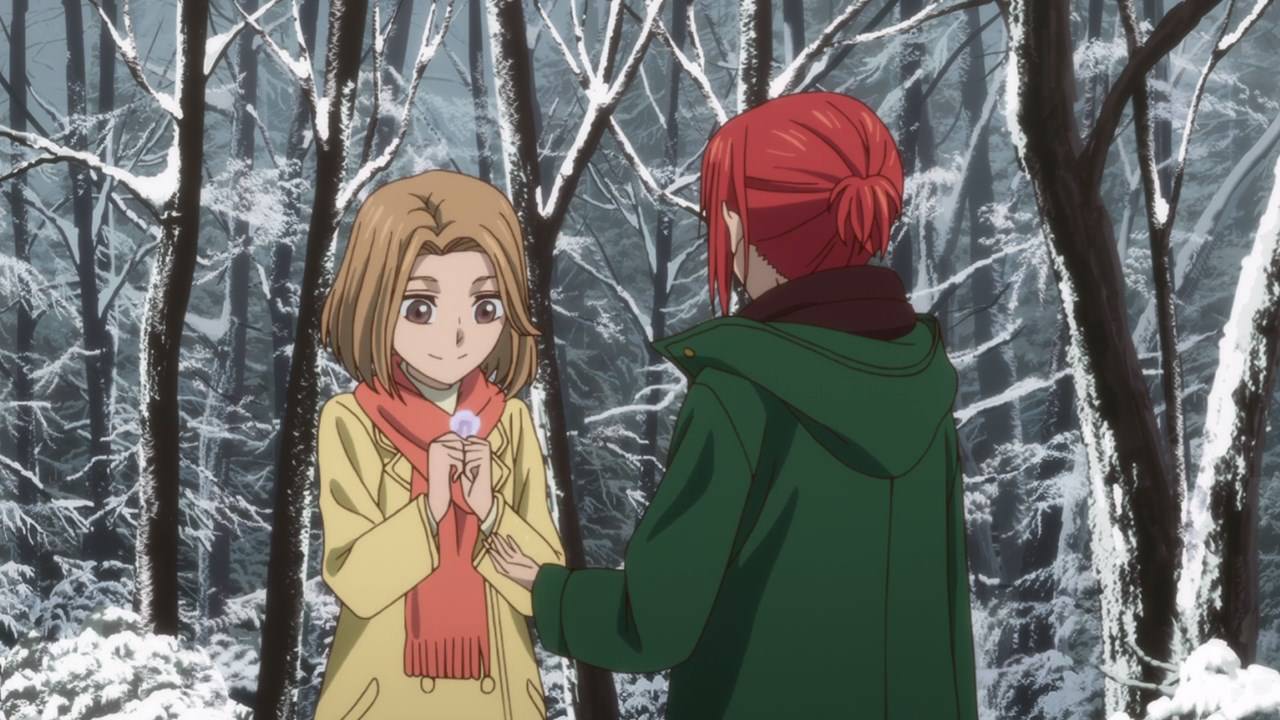 So before they venture off to find Stella’s brother, Chise gave her a crystal flower that was grown from her teddy bear. Like I said earlier, it’ll be useful later on this episode. 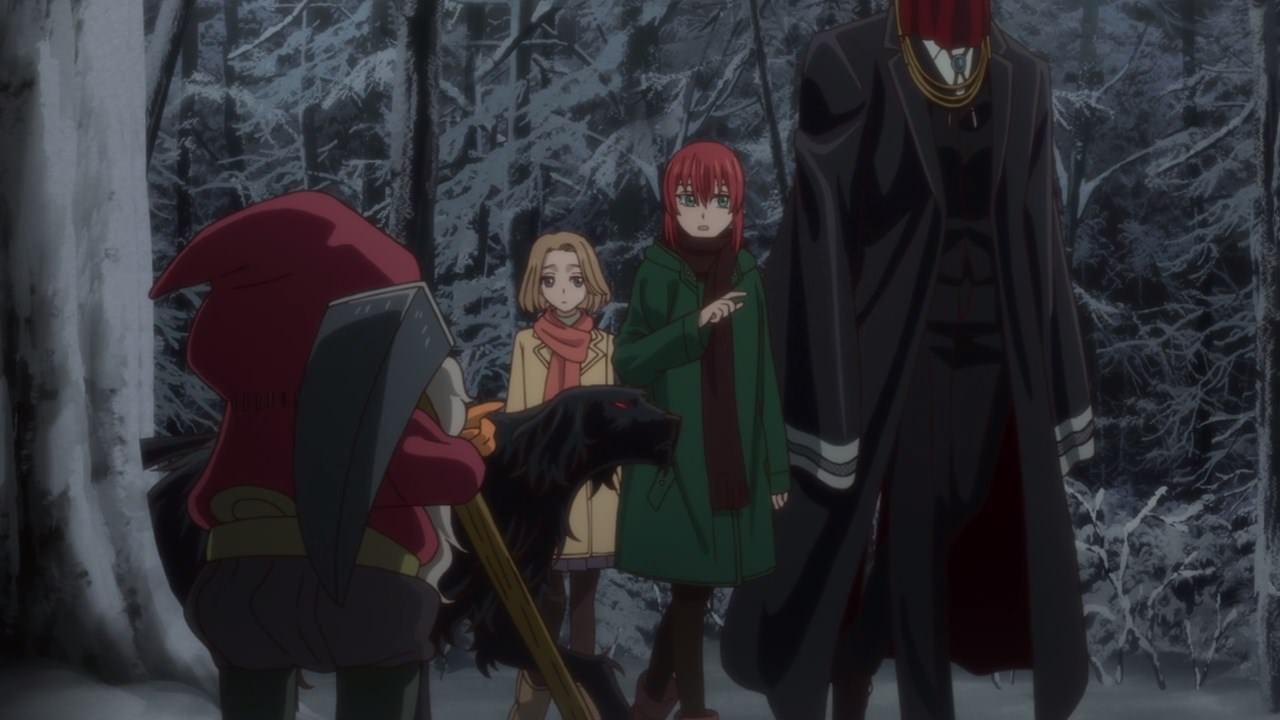 In any case, they went to the forest in order to find Ethan Barklem, while giving these creatures some crystal flowers as a peace offering. 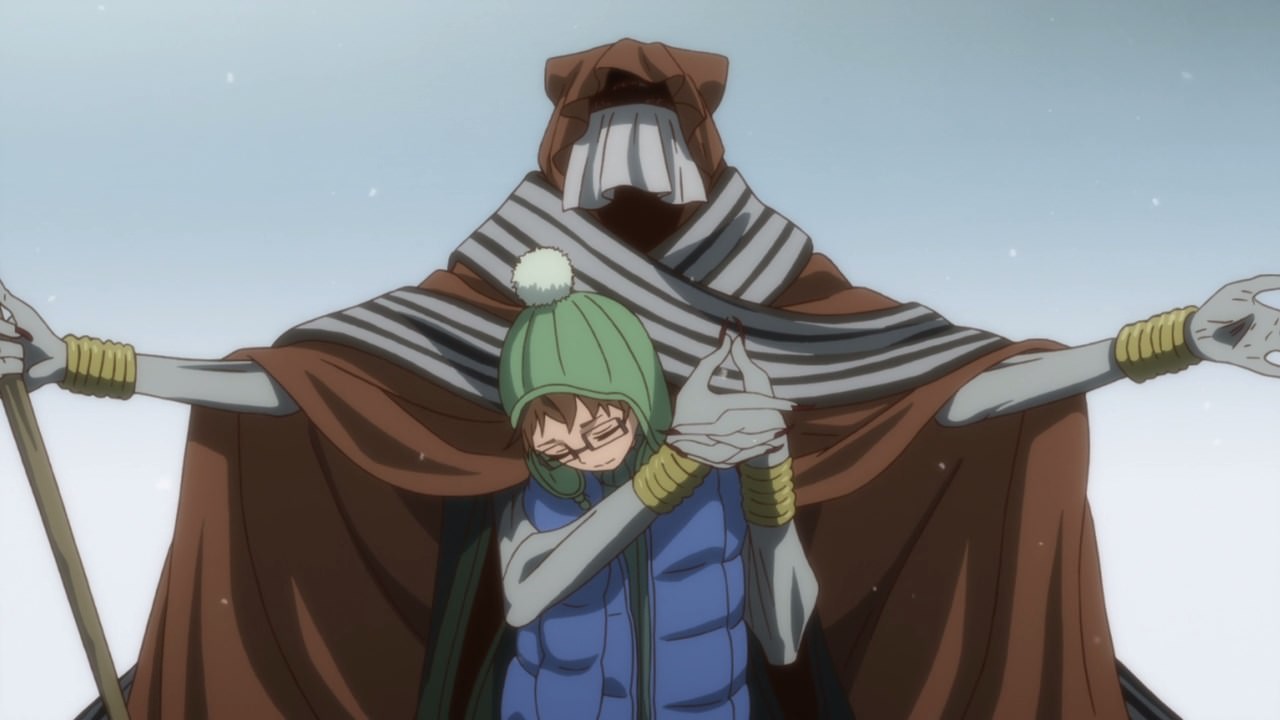 Eventually, they finally found Ethan as he was taken by the Ashen Eye. Yeah, that bastard mage took the boy from the previous episode.

Of course, the reason why the Ashen Eye took the boy is because Stella wants her brother to disappear, even though she didn’t meant to say it. But then again, this Ashen Eye just took Stella’s words seriously and made Ethan disappear as if he didn’t exist. What a scumbag! 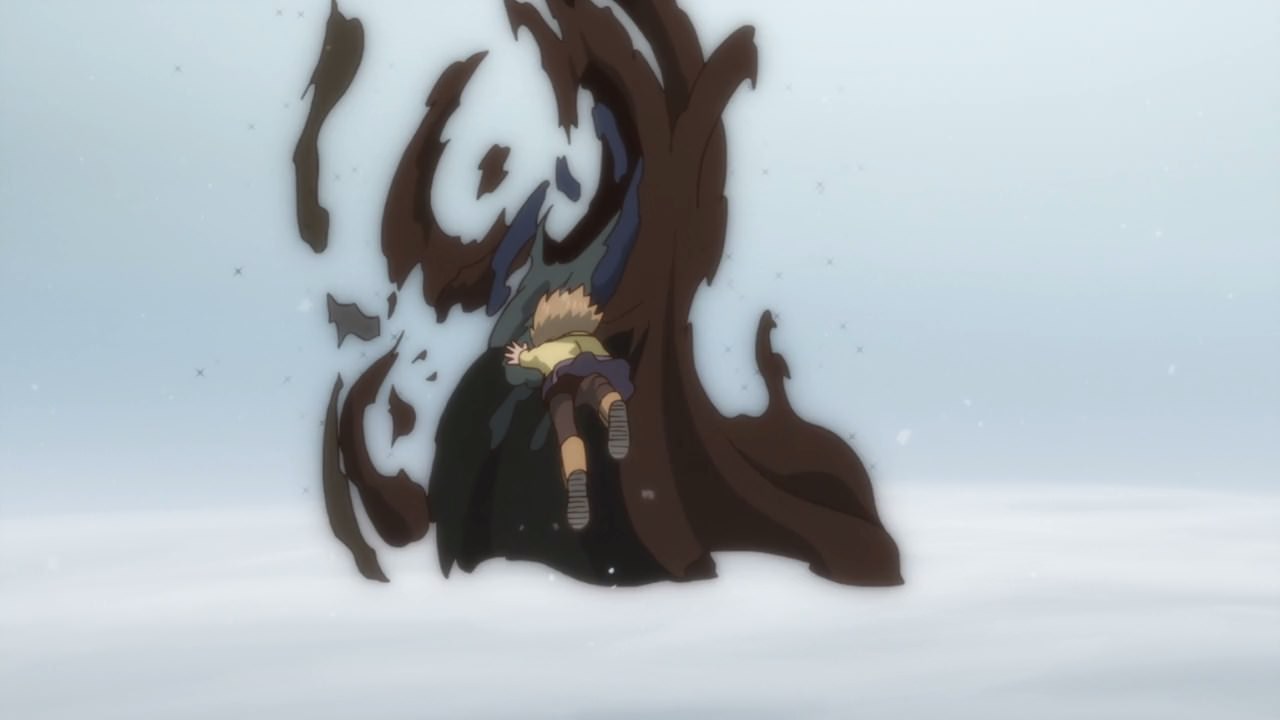 Anyways, the Ashen Eye will give Ethan back to Stella if she would win against him as the mage disappear with the boy at hand.

Should Stella failed to find Ethan before sundown, the Ashen Eye will keep the boy. 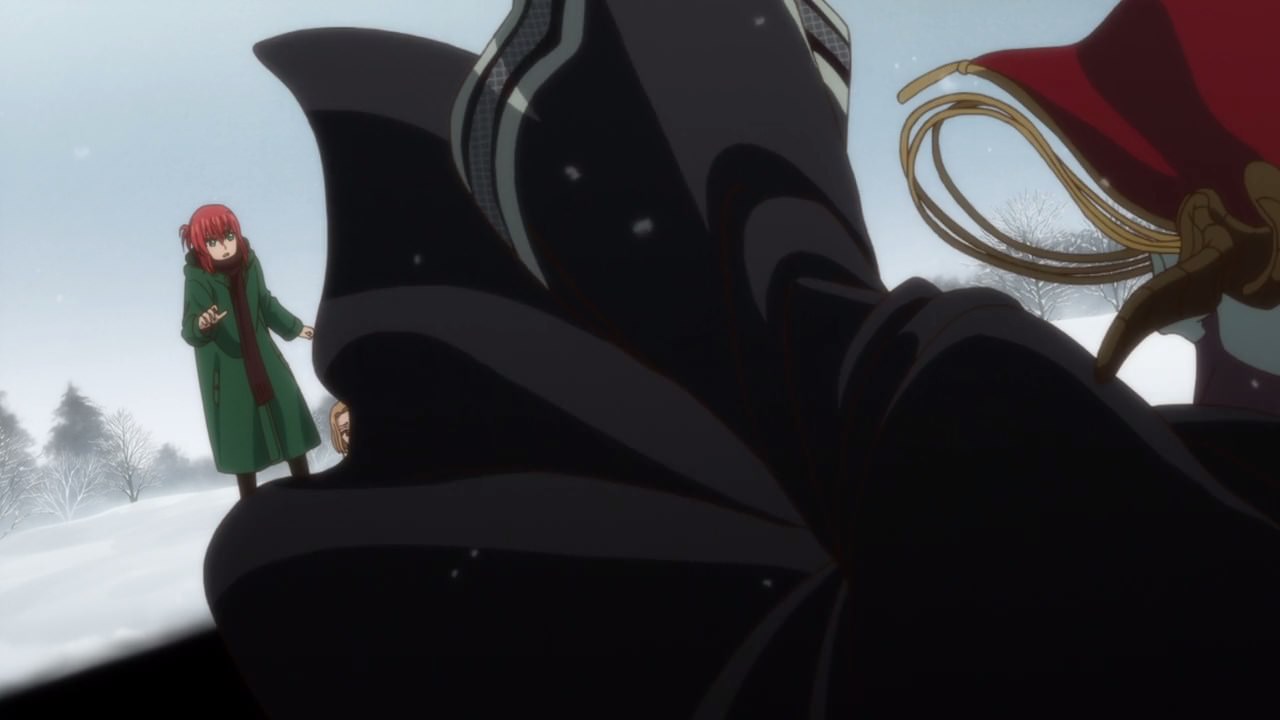 Well then, I guess it’s time for Chise Hatori and Ruth to find both Stella’s brother and the Thorn Mage. 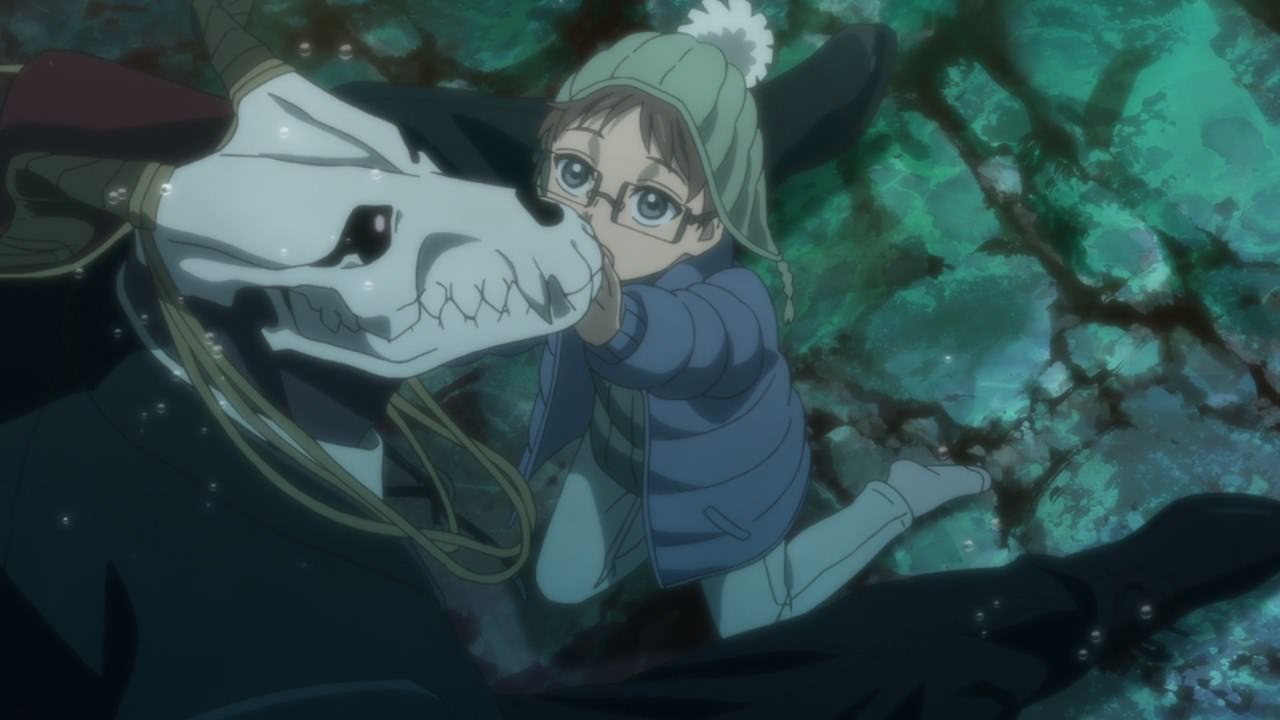 Meanwhile, Ethan is with the Thorn Mage as the boy is curious regarding Elias’ unusual appearance.

At least he’s not scared all the way, but the Thorn Mage doesn’t like his head being touched. 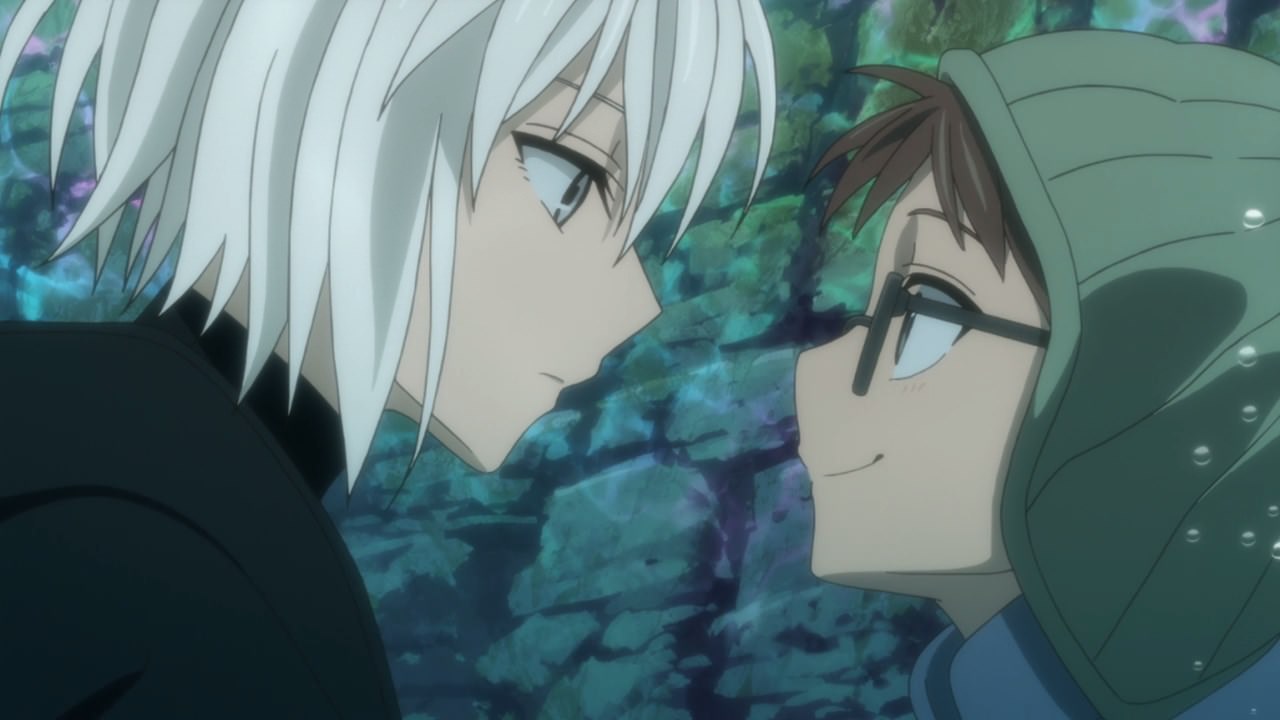 So, Elias Ainsworth changed his appearance to that of Chise Hatori. Then again, I think he should transform into that tall, handsome blonde guy that I used to see. 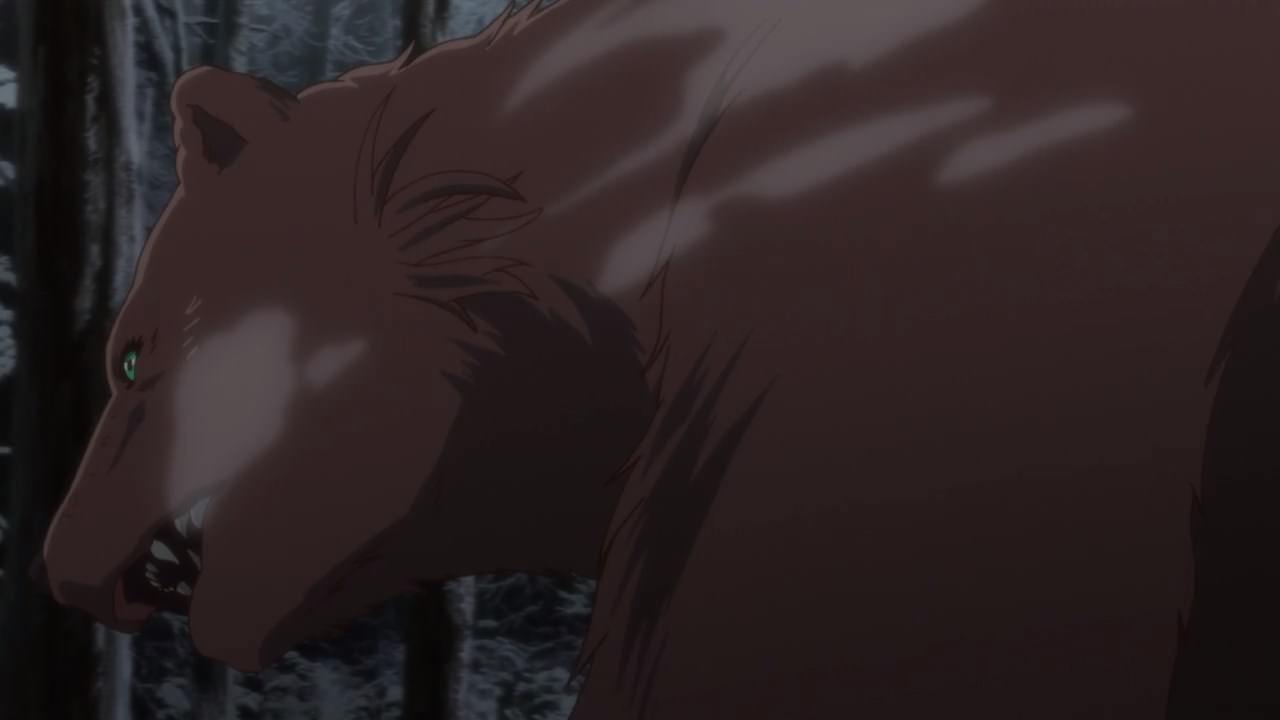 Now then, here’s Chise Hatori as she transformed into a bear using the magical fur.

Yeah, the fur that was given by the Ashen Eye is very useful when Chise can transform into an animal and use its senses to track down both Elias and Ethan. 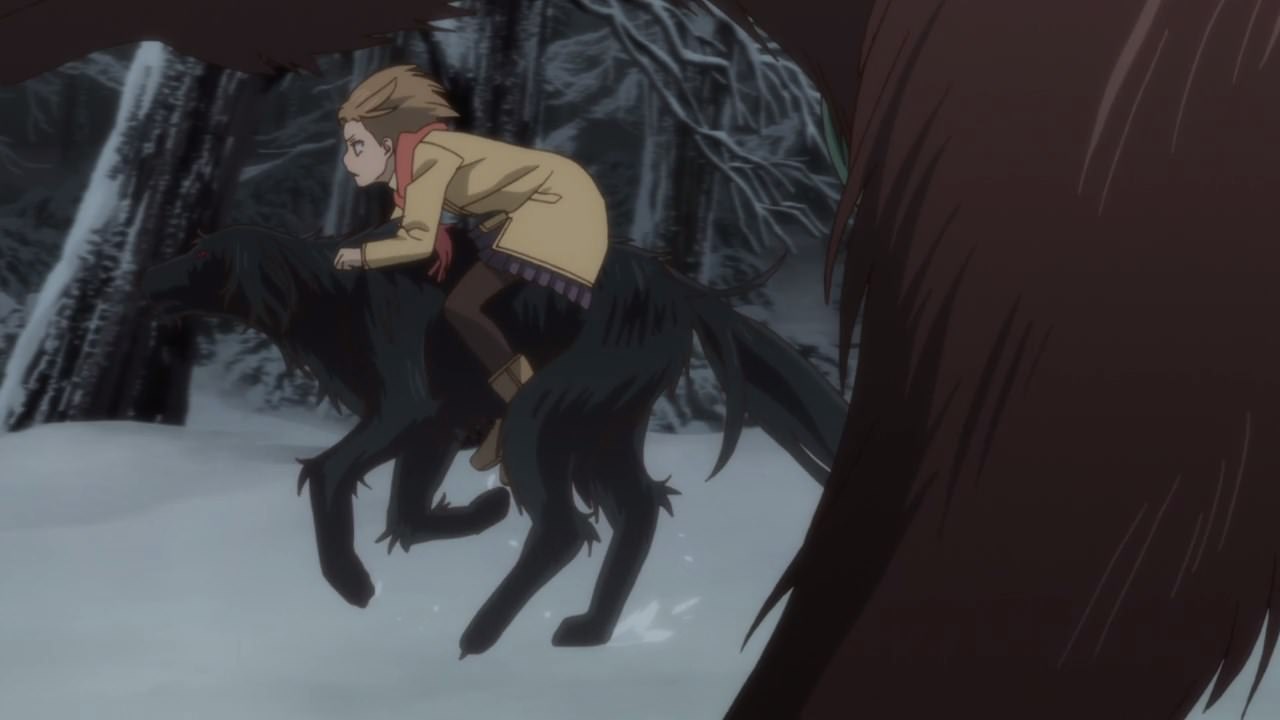 Also, Stella Barklem followed Chise Hatori as she’s riding with Ruth. Let’s hope that they can make it in time! 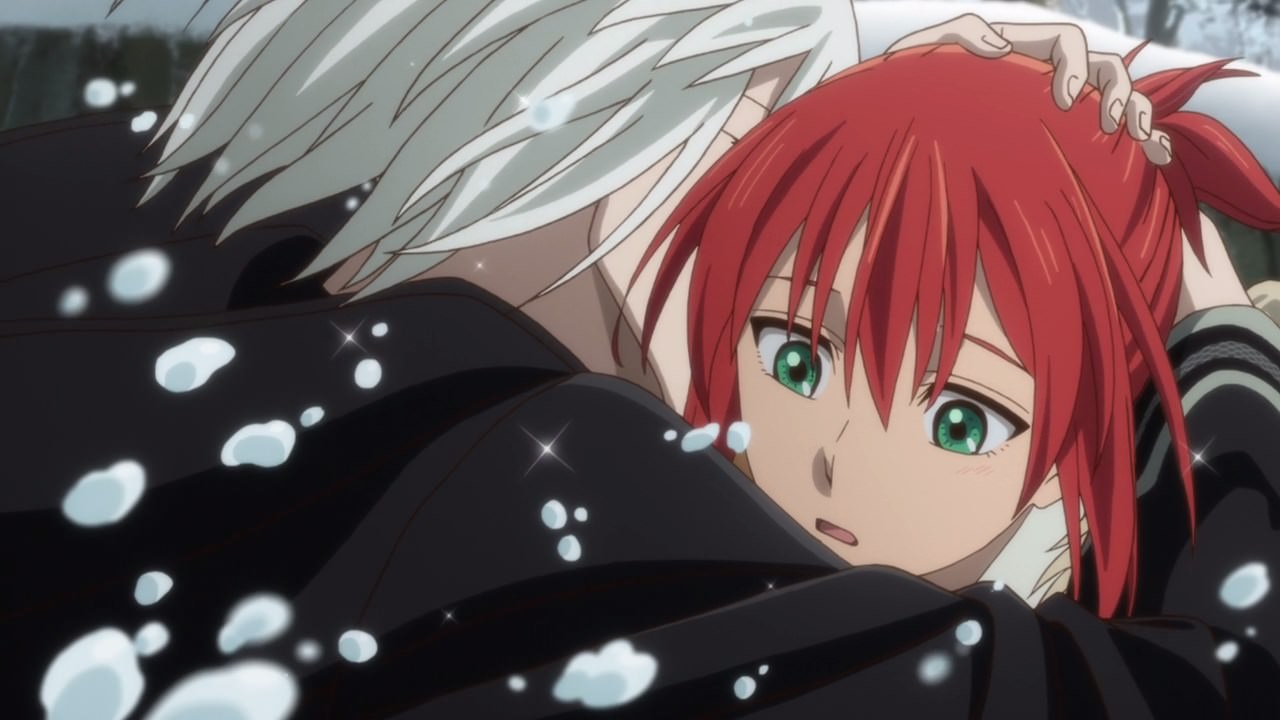 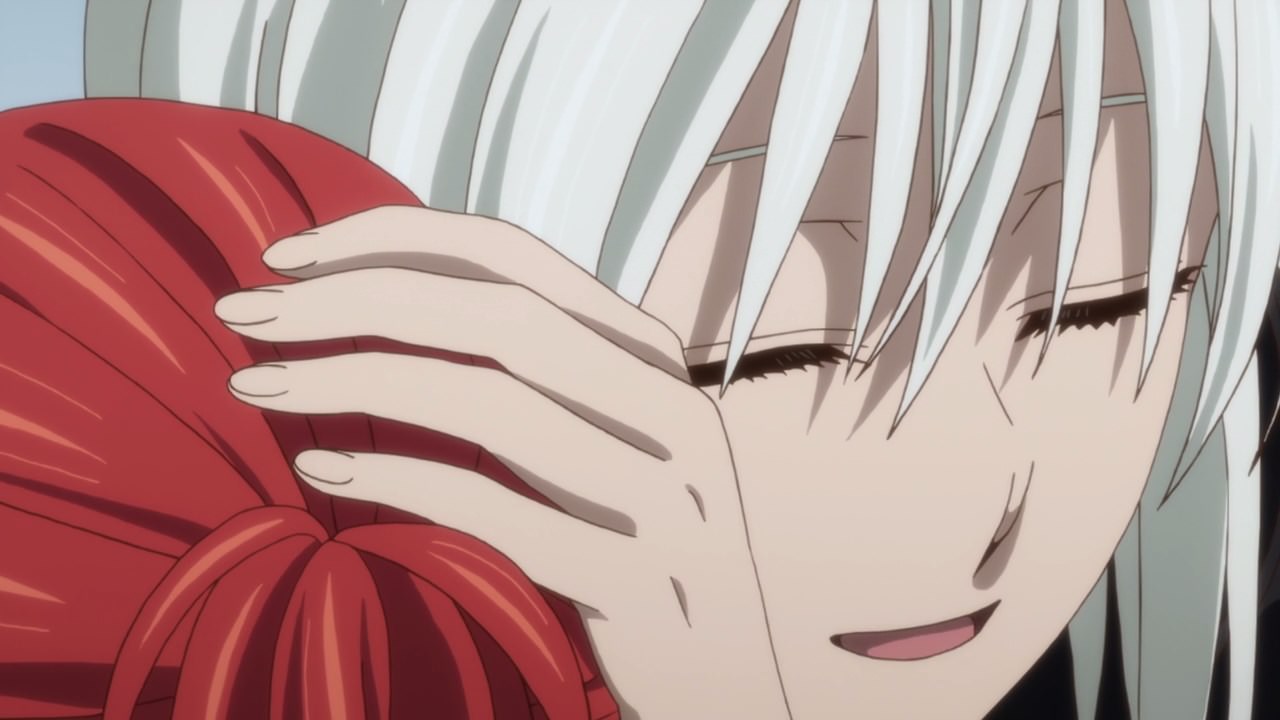 In any case, Chise Hatori rescued Elias Ainsworth from disappearing forever and he’s glad that his bride did what she could to rescue him. 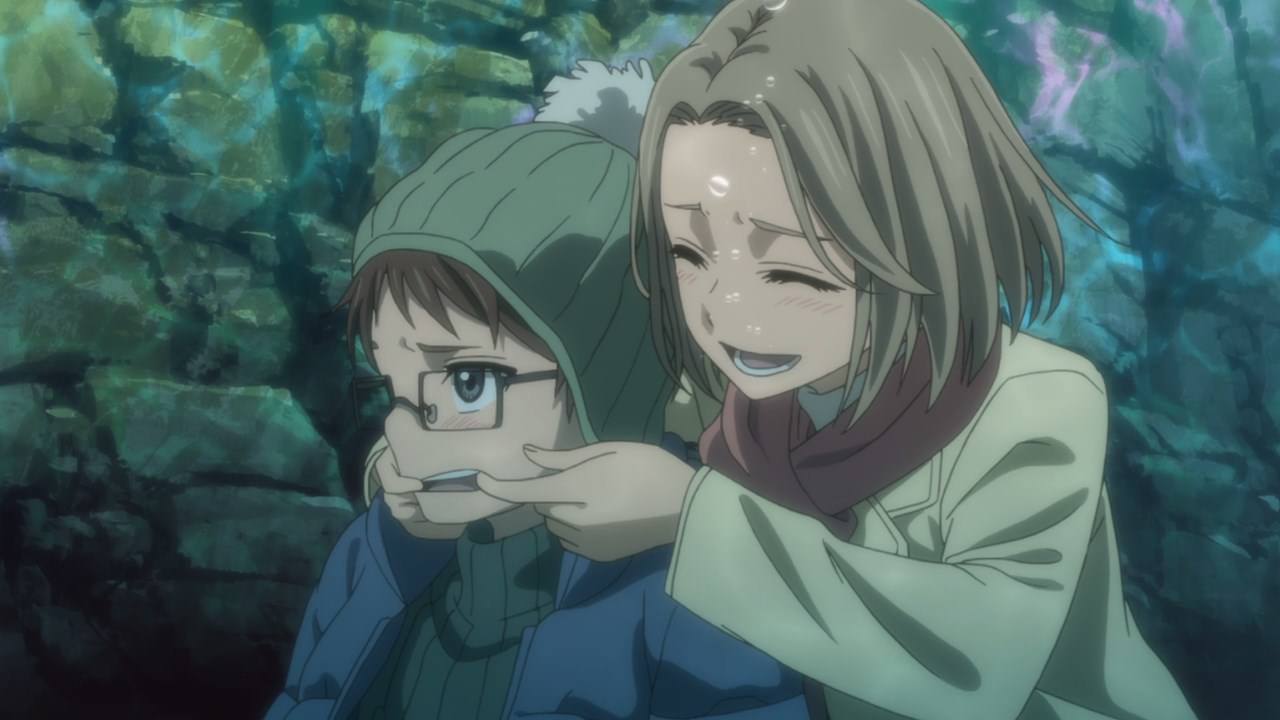 Also, Stella managed to save Ethan from disappearing forever as she apologized from what she said earlier. Well, at least they became friends again. 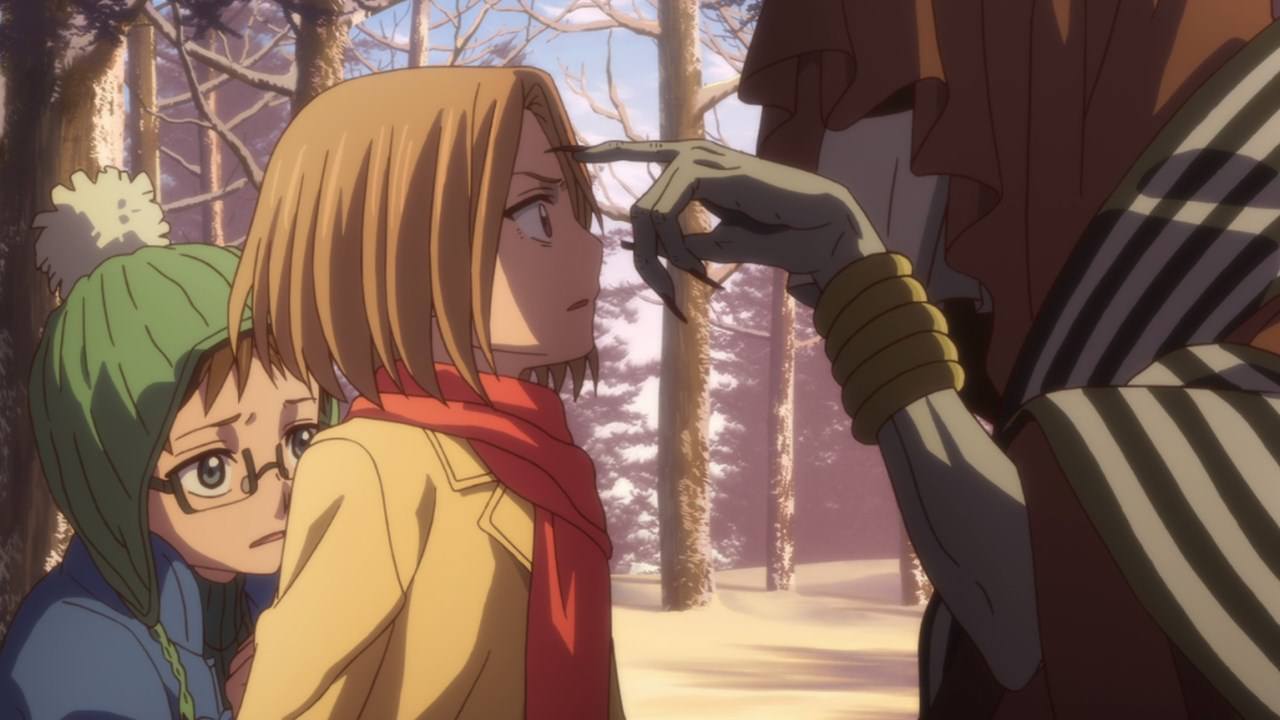 So while Stella has managed to save her brother before sundown, the Ashen Eye won’t let them go easily without paying something in return. 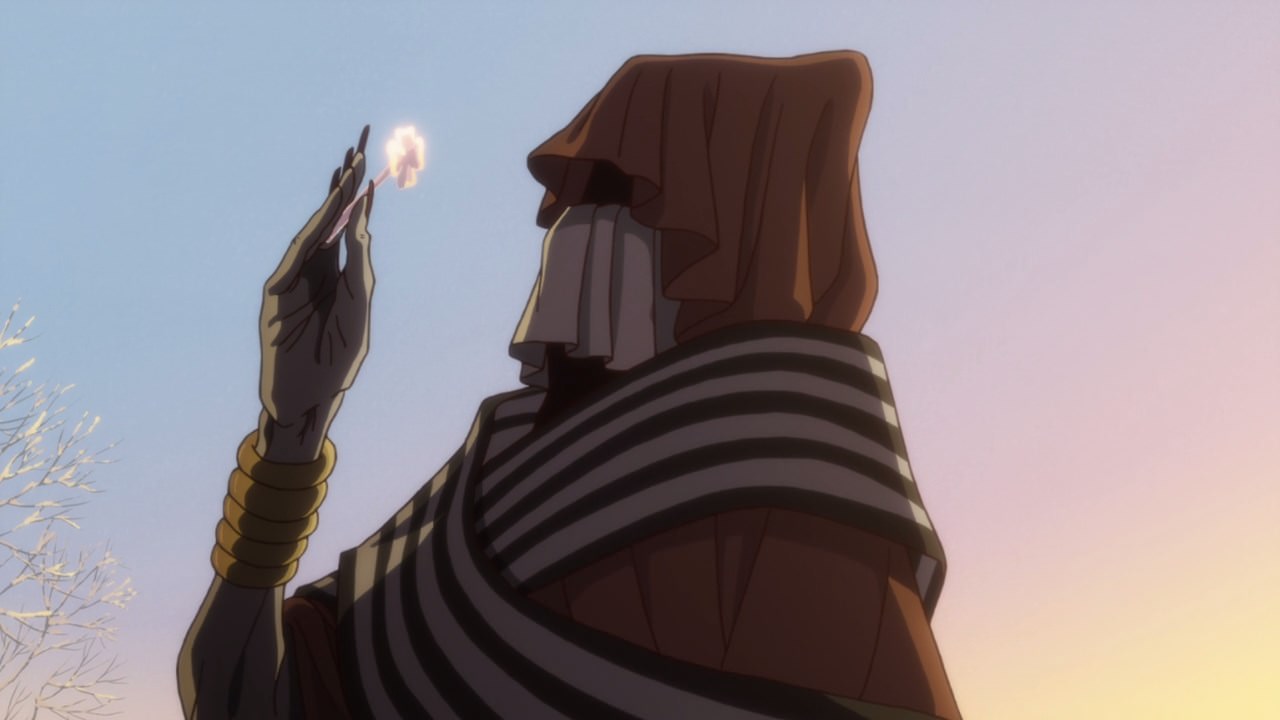 So, he takes the crystal flower from Stella’s pocket as compensation and let them go.

I’m glad that Chise gave Stella the flower before venturing into the forest, but still I hate the Ashen Eye for being a troll mage. Seriously, he’s the worst! 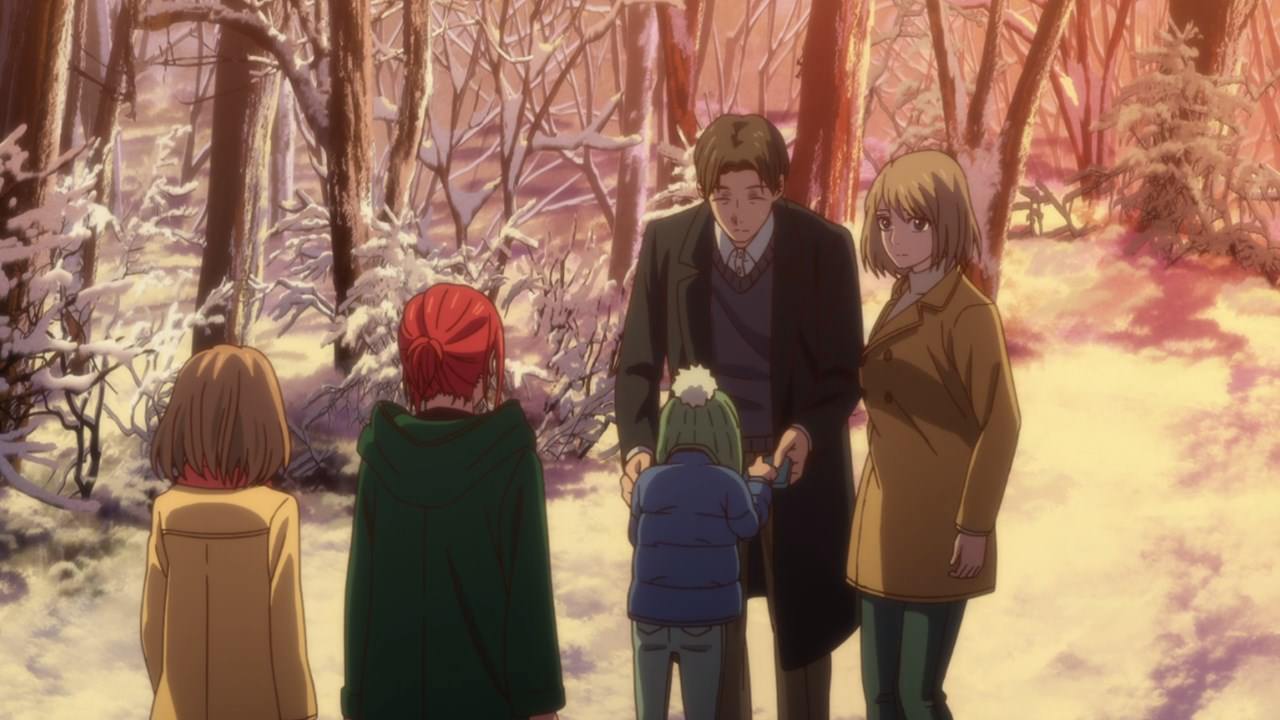 Anyways, let’s end this episode as Stella and Ethan returned to their parents. Glad that there’s a happy ending for this Christmas episode!

But seriously, the Ashen Eye should stop trolling because he almost ruined Christmas. Well then, I’ll see you on the next episode…