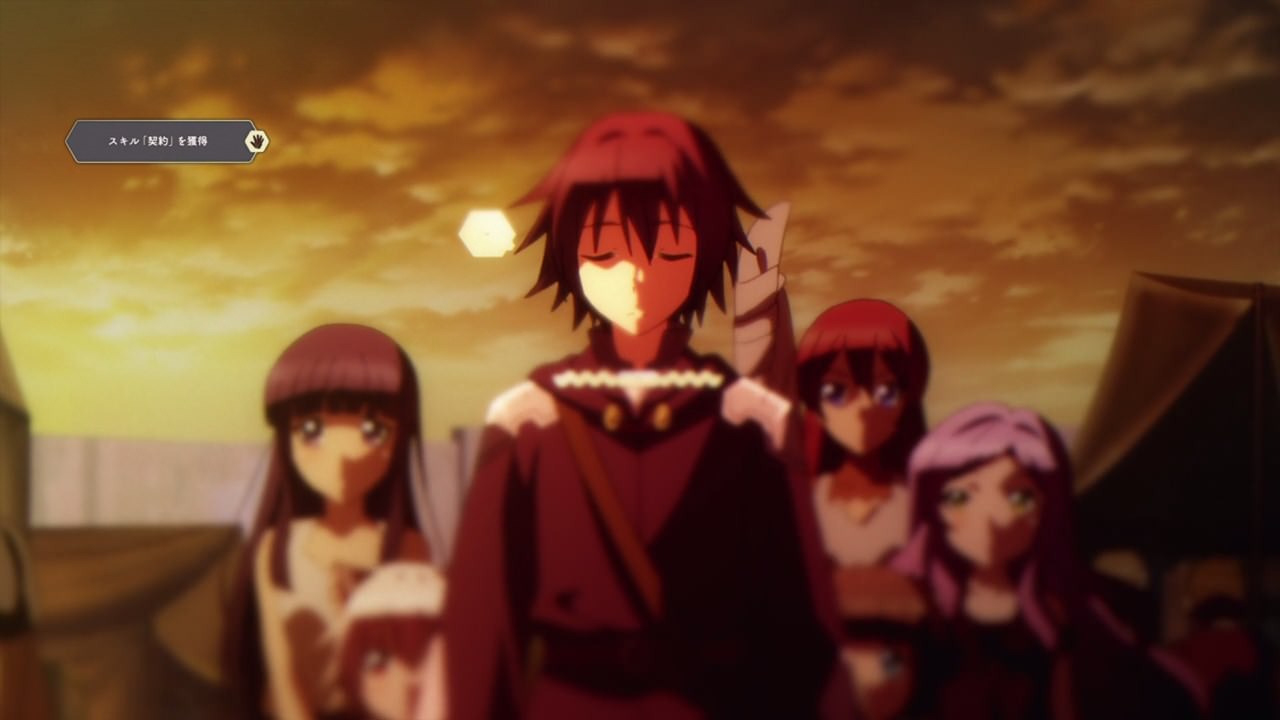 Well then, seems that Satou got two new slaves named Lulu and Arisa at the end of the previous episode. Unlike the rest, both of them are confirmed humans.

Still, Satou earned a skill in which he contracted both Lulu and Arisa into his group. Now if only he earned the title of Harem King… 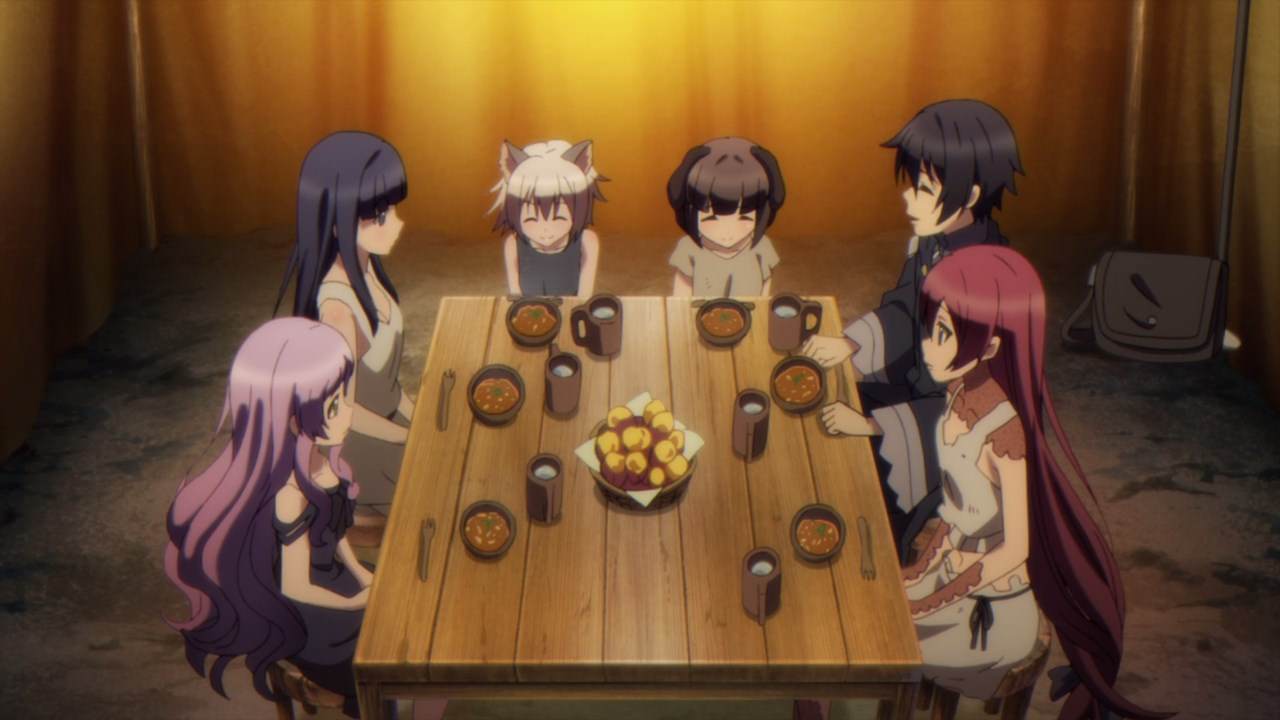 In any case, Satou gave these sla- I mean, girls some food to eat because they need to be fed well. 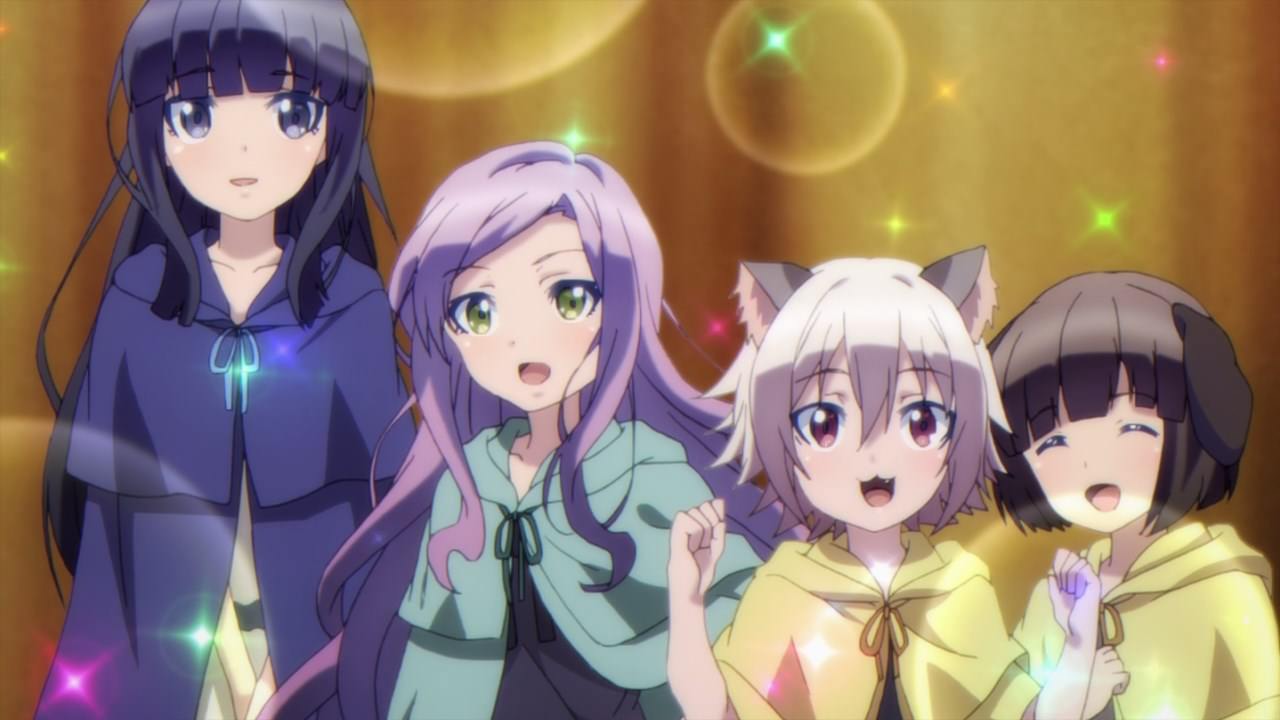 Oh, and they need decent clothes to wear instead of wearing rags all the time. C’mon, Satou treat them nicely! 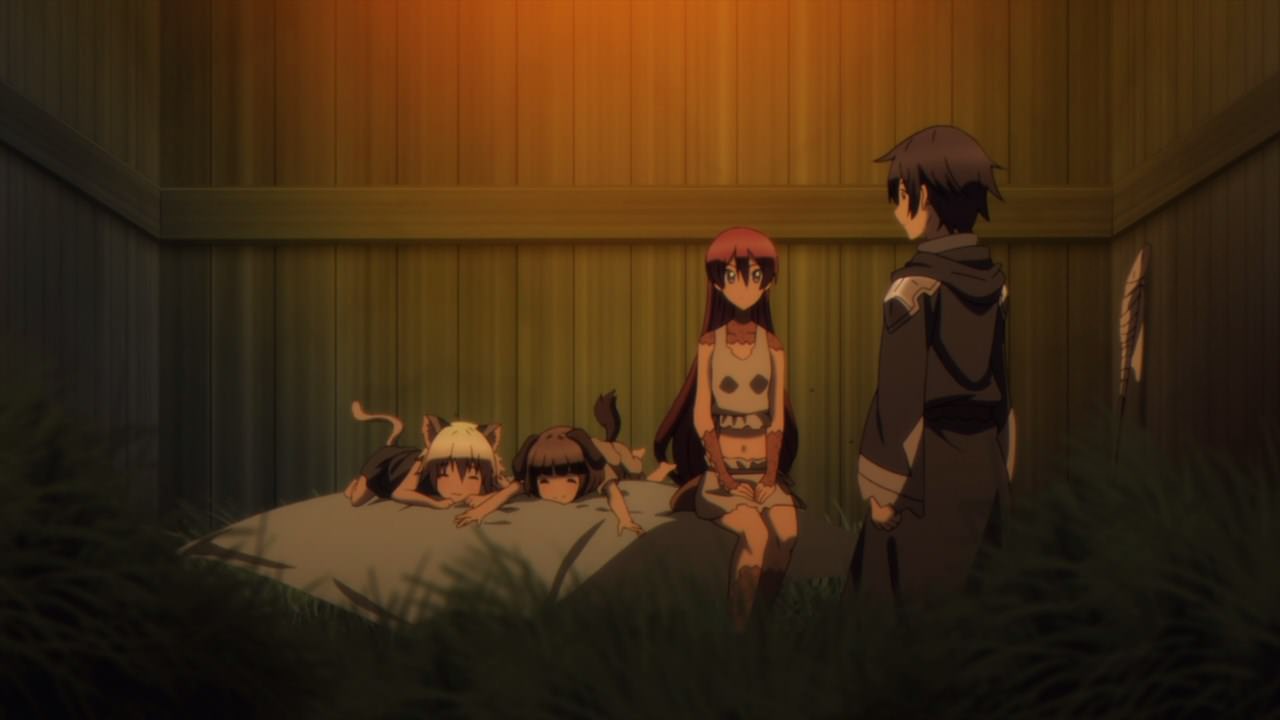 And lastly, he gave them a place to stay like a stable where Satou created a bed out of haystacks (while removing needles along the way) so that Liza, Pochi, and Tama can sleep decently.

So yeah, Satou is a nice guy towards girls and seriously, I think he should get the title of Harem King!

Meanwhile, one of the girls named Arisa decided to seduce Satou by kissing and mind-controlling him. Really Arisa, you know that you have Lulu sleeping in another bed and you might make a noise.

Then again, she doesn’t mind that as Arisa will try to make Satou her lover!

Of course, Satou regained control of his body as he told Arisa to stop using magic while pushing her away. Sorry Arisa, but you can’t control Satou at all!

Anyways, it turns out that Arisa is actually a reincarnated human who is previously known as Arisa Tachibana. She earned persuasive magic at a young age and she was once a princess before Arisa and Lulu became slaves of another country.

On the other hand, Arisa asked Satou if he’s transported into this parallel world via a magic circle, or reincarnated where he’ll start out as a baby. Of course, Satou told Arisa that he just woke up at a desert (and fired meteor showers at the enemy) after Satou took a nap from working long hours, which means that he’s a special case. More like having privileges of being the main character of this story! 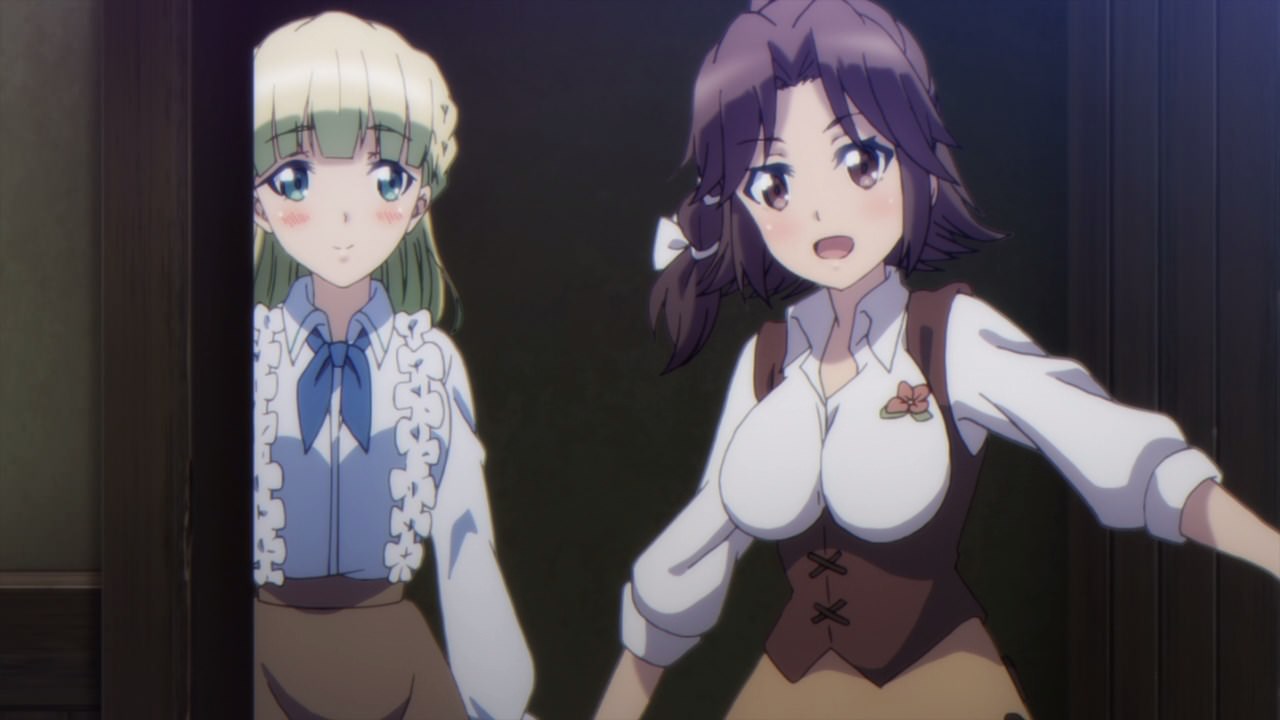 Now then, let’s move onto the next scene as Martha brought Zena Marientail into Satou’s room. C’mon, Zena is Satou’s girlfriend even though they’re not yet a couple. 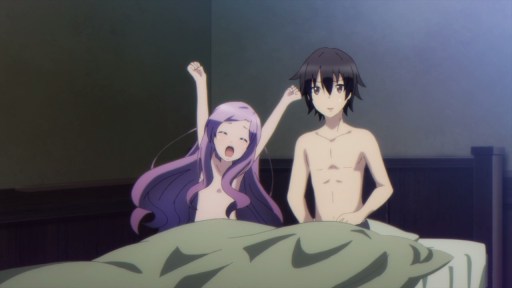 Unfortunately, what Zena Marientail saw was Satou sleeping with a naked girl. Damn, I think both Lulu and Arisa should sleep with their clothes on or sleep in another room.

In any case, looks like Zena Marientail called Satou a stupid perverted merchant who sleeps with other girls. But you know what, I think Zena wants to sleep with him when she’s given a chance.

Anyways, I think Satou will clear up some misunderstandings towards Zena in the end. Now then, it’s time for me to say goodbye for now as I’ll be looking forward for the next episode!